by Architect K.A.
Reading Time: 6 mins read
0 0
A A
34
SHARES
140
VIEWS
Share on FacebookShare on TwitterPin to Pinterest

Opened on July 7, 1989, the Atlantic Road is a National Tourist Route and was honored as Norway’s Construction of the Century in 2005. The Atlantic is an 8.3 kilometer (5.2 miles) section of Country Road 64 which runs between the towns of Kristiansund and Molde, the two main population centers in More Og Romsdal in Fjord, Norway.

The road is built on several small islands and skerries connected by several causeways, viaducts, and eight bridges. Below you will find an incredible gallery of images, additional information on the road, and a summary of the four main viewing platforms for visitors of this beautiful route. 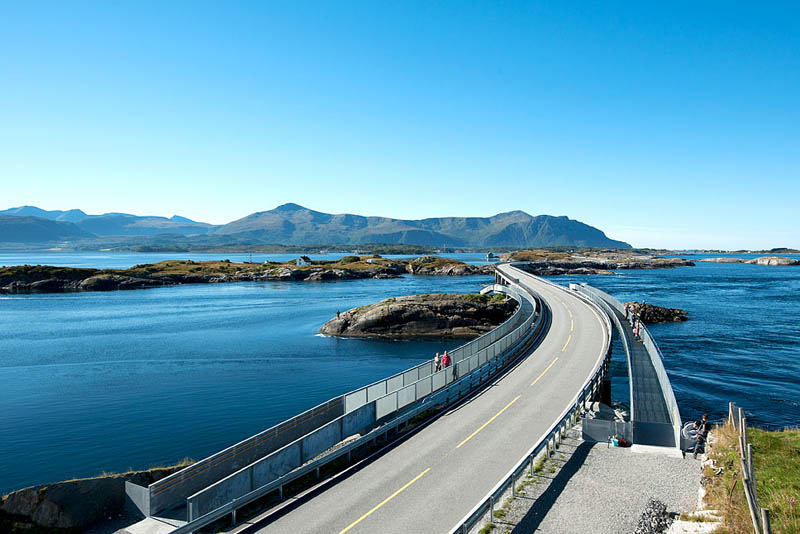 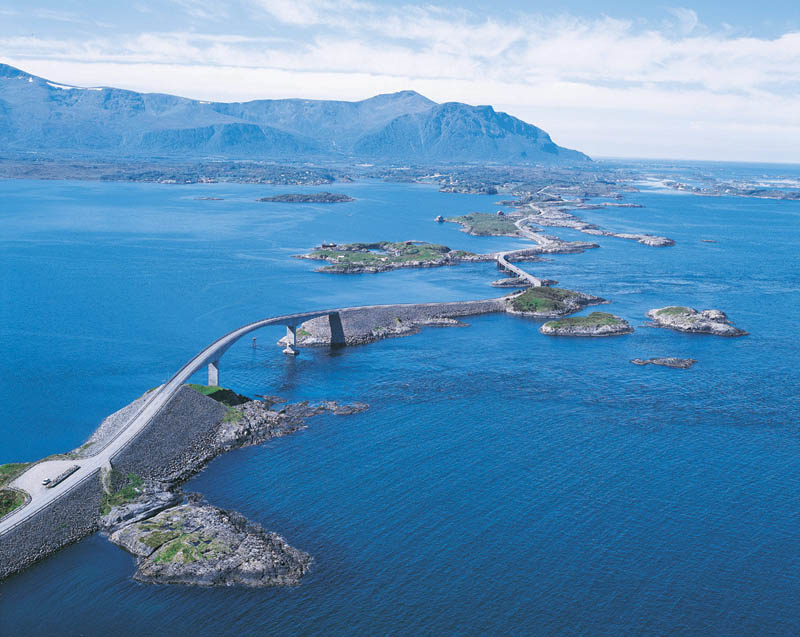 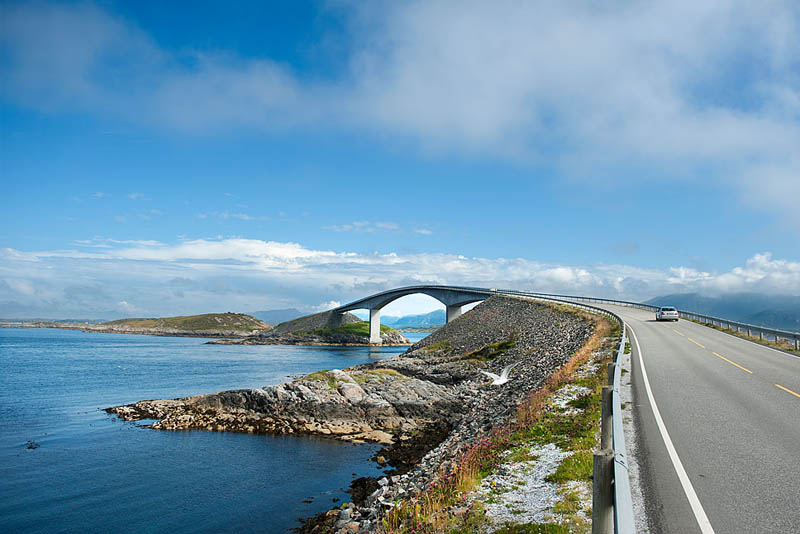 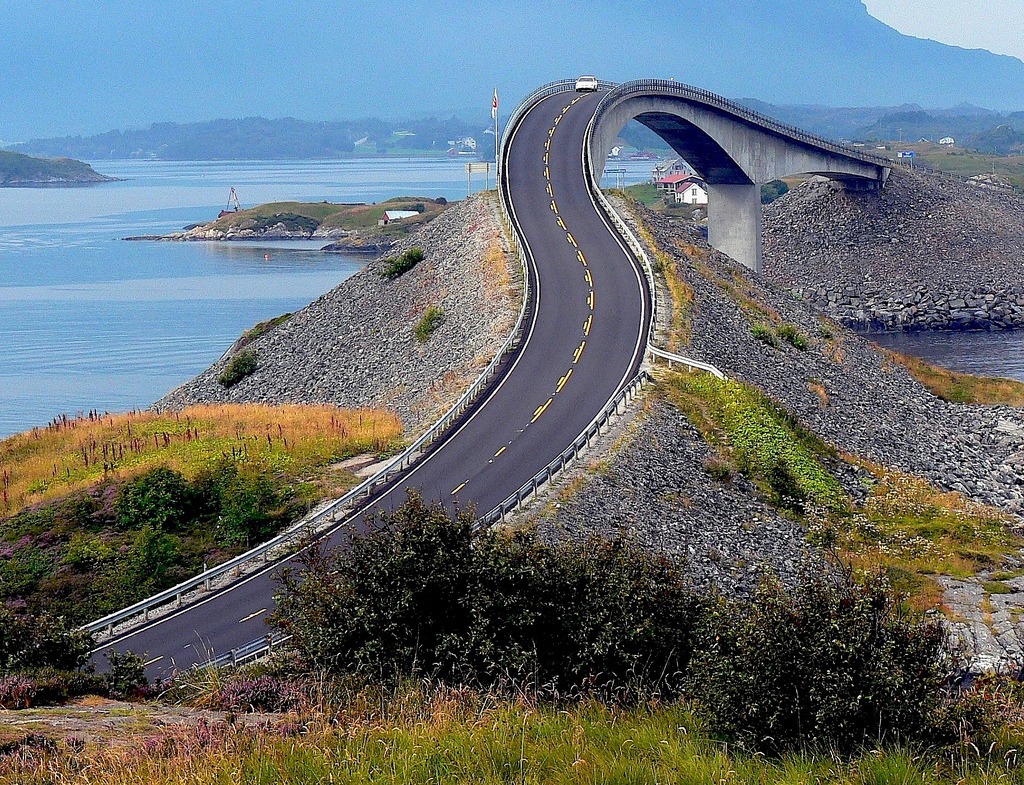 – The Atlantic Road zigzags across low bridges that jut out over the sea, linking the islands between Molde (famous for its annual jazz festival in July) and Kristiansund in the western fjords

– The route was initially proposed as a railway line in the early 20th century, but this was ultimately abandoned. Serious planning of the road started in the 1970s, and construction began on August 1, 1983

– During construction, the area was hit by twelve hurricanes. The road was opened on July 7, 1989, having cost 122 million Norwegian Krone (NOK), of which 25 percent was financed with tolls and the rest from public grants

– Collection of tolls was scheduled to run for 15 years, but by June 1999, the road was paid off and the toll removed. The road is preserved as a cultural heritage site and is classified as a National Tourist Route

– It is a popular site to film automotive commercials, has been declared the world’s best road trip and has been awarded the title “Norway’s Construction of the Century.”

– In 2009, the Atlantic Ocean Tunnel opened from Averøy to Kristiansund; combined, they have become a second fixed link between Kristiansund and Molde. 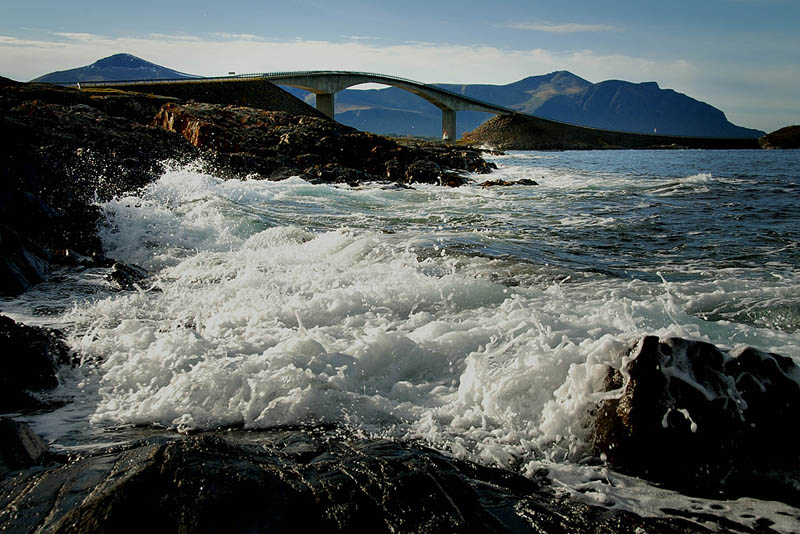 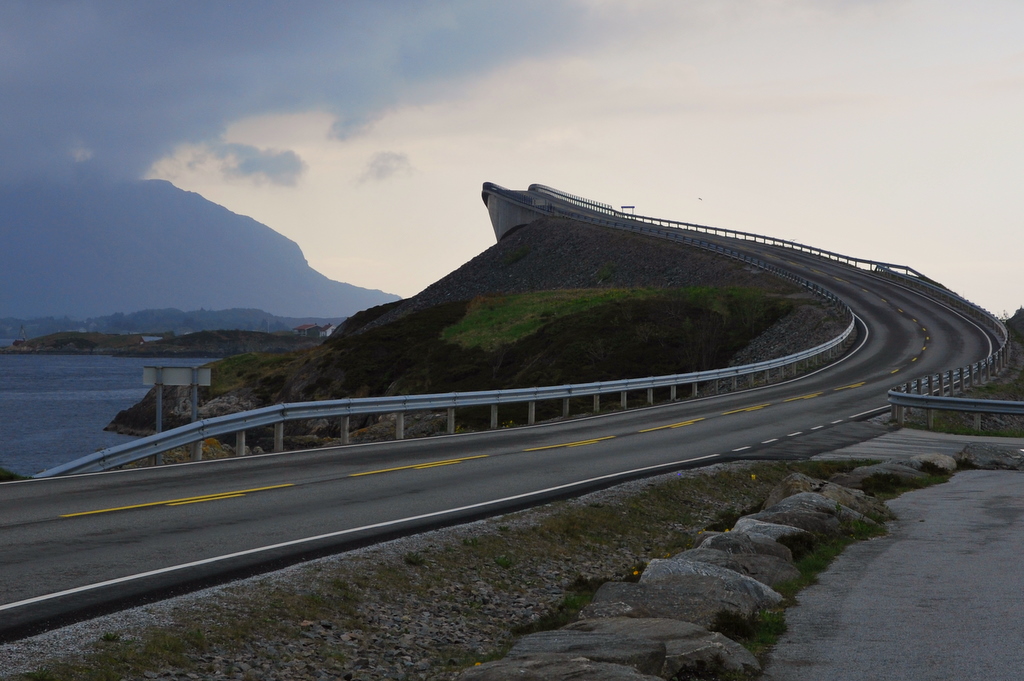 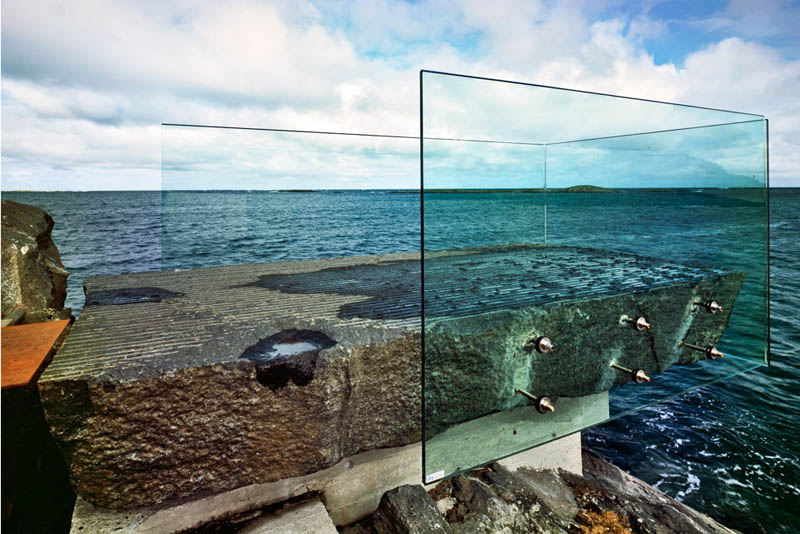 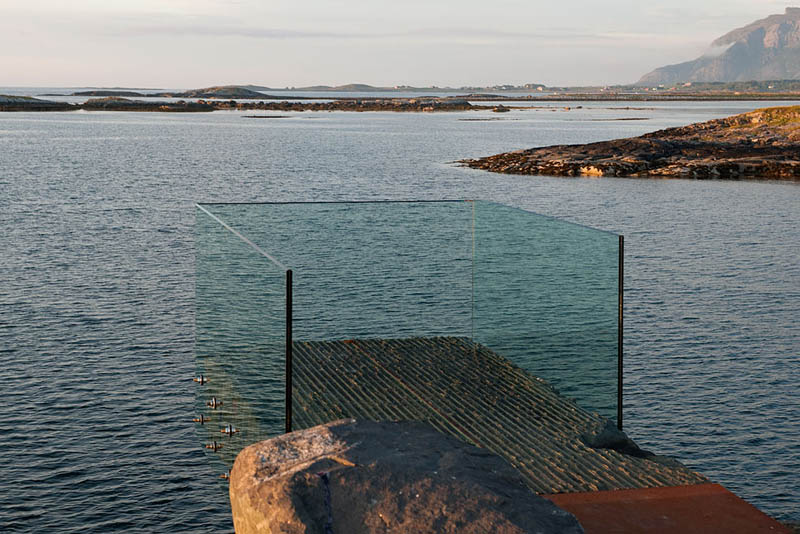 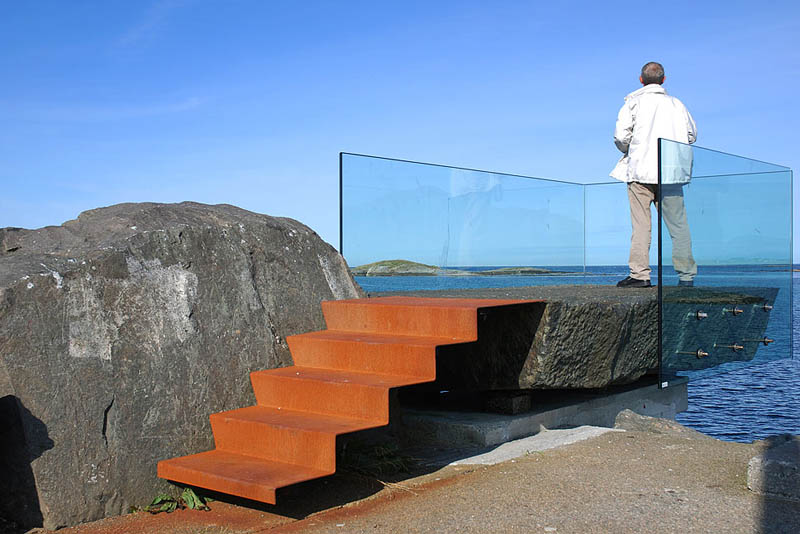 Along Atlanterhavsvegen, several more minor roads branch out to ports with breakwaters offering protection from the elements. Out on the breakwaters, the sense of closeness to the ocean and the forces of nature is most intense in stormy and sunny weather. The viewing platform on the outer end of the breakwater at Askevagen offers a 360-degree panoramic view of the archipelago, the ocean, and the shore. 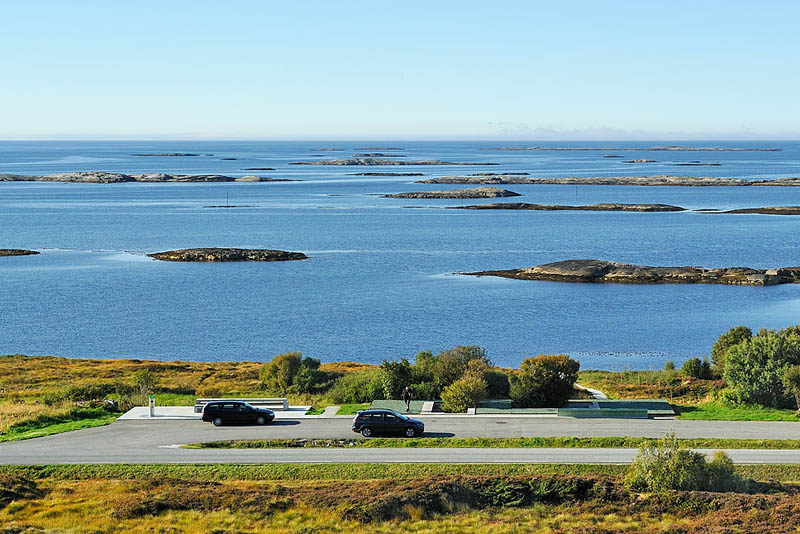 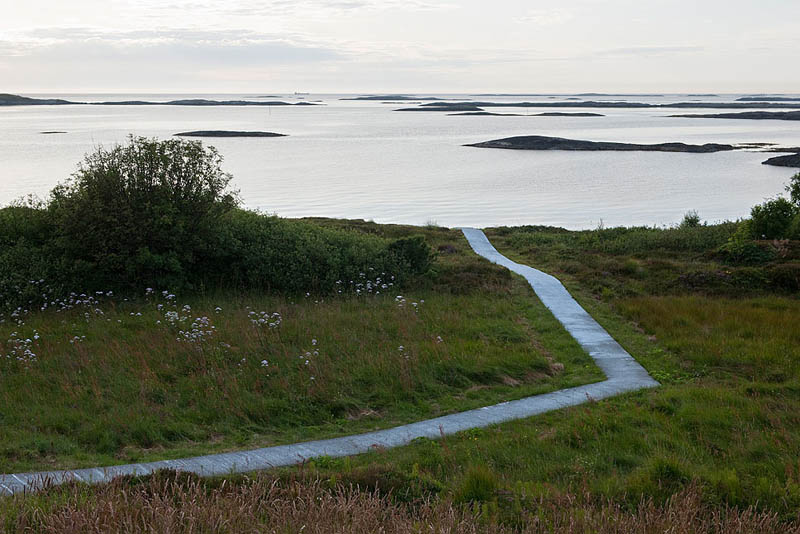 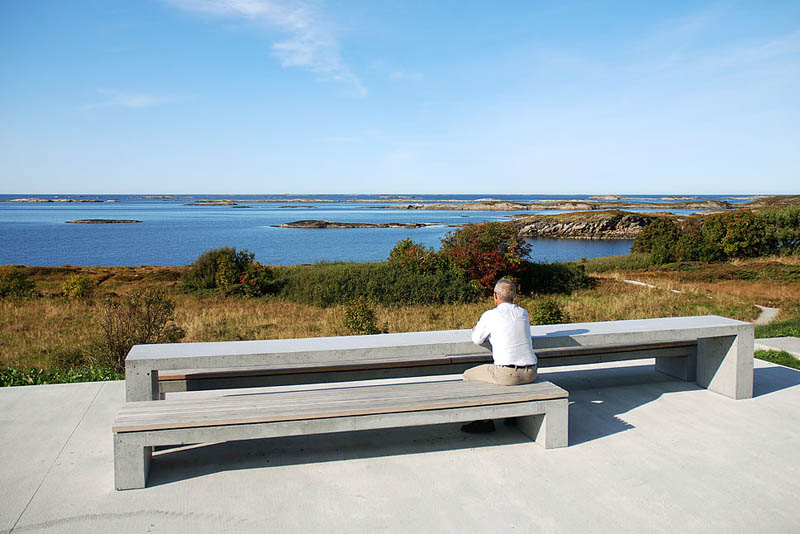 Rest area with a trail and a viewing platform. From the rest area, a magnificent view unfolds to the shipping lane and the vast ocean. A path leads down to the water’s edge. 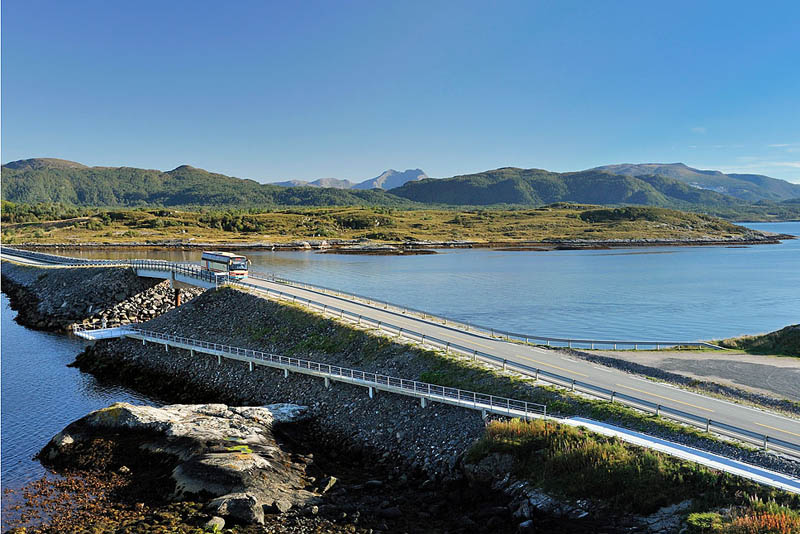 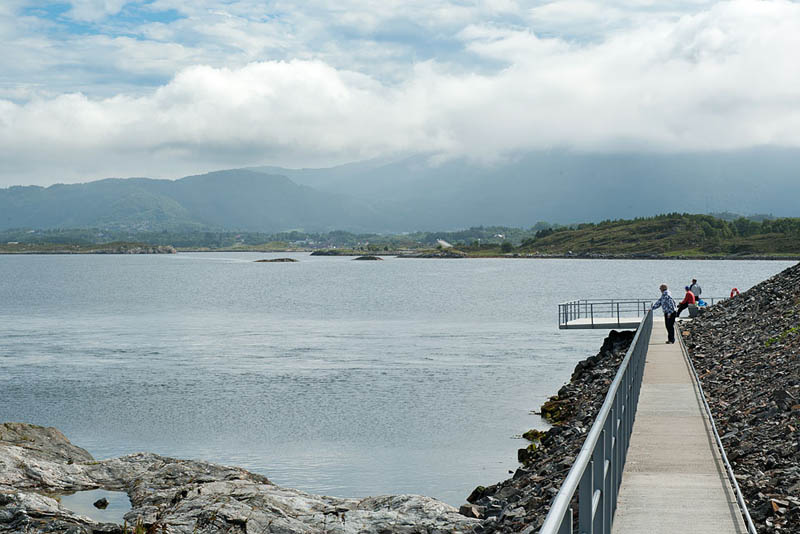 On Geitoya island, the terrain offers plenty of opportunities for taking panoramic photos of the ensemble of bridges and the archipelago. A trail leads to a viewing platform under the Geitøya bridge, often used by anglers. From here, a boat service runs to the well-known fishing village of Håholmen. 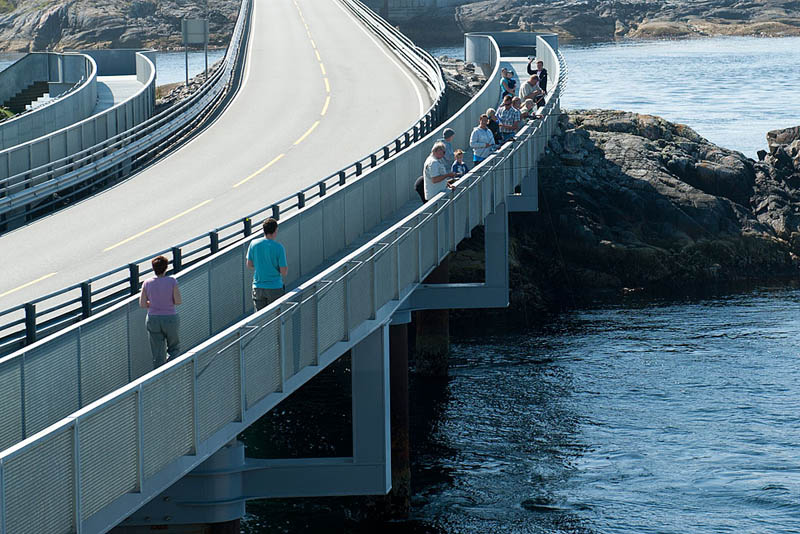 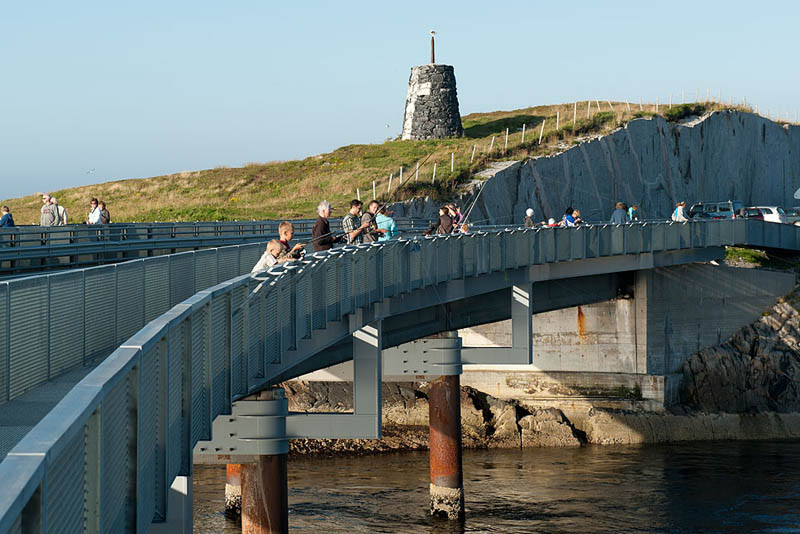 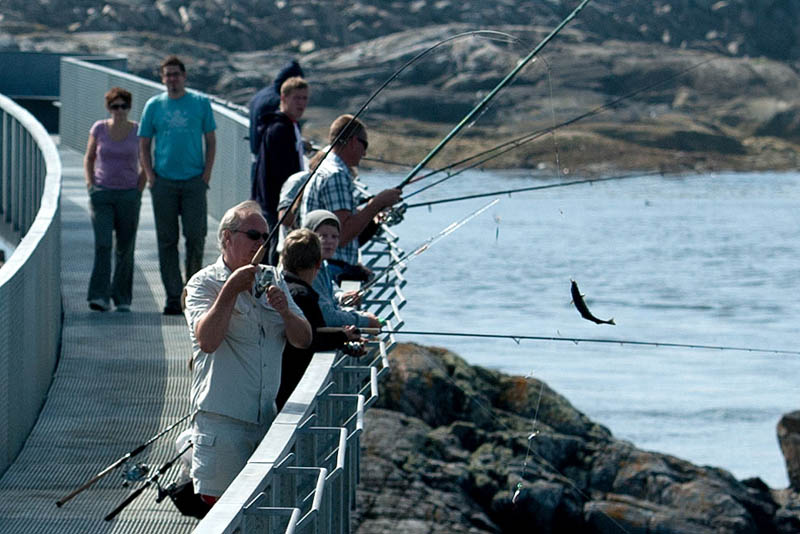 You can safely try your hand as an angler on specially constructed fishing bridges running along the Myrbærholm bridge. In the solid tidal flow under the bridges, there are good chances that a coalfish, pollock, cod, or mackerel may bite. 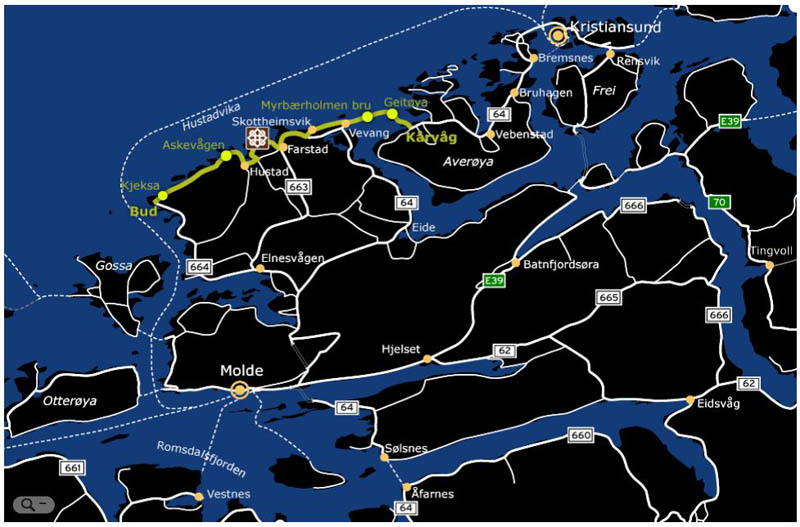 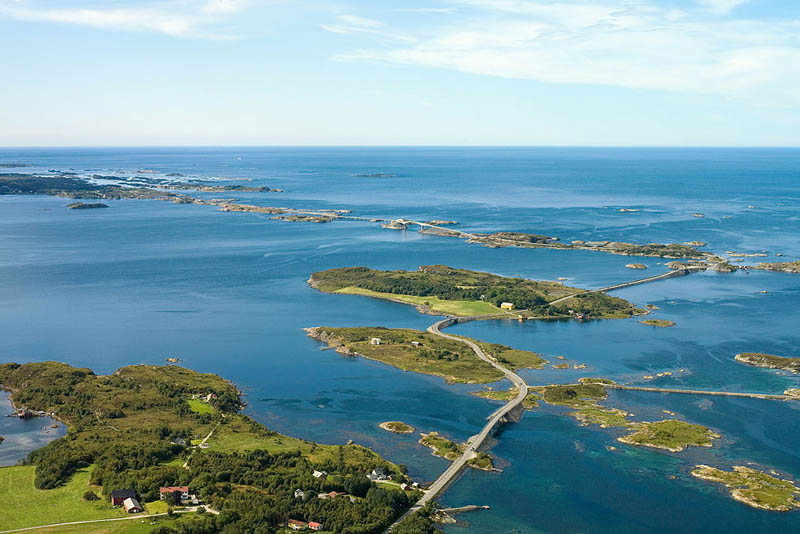 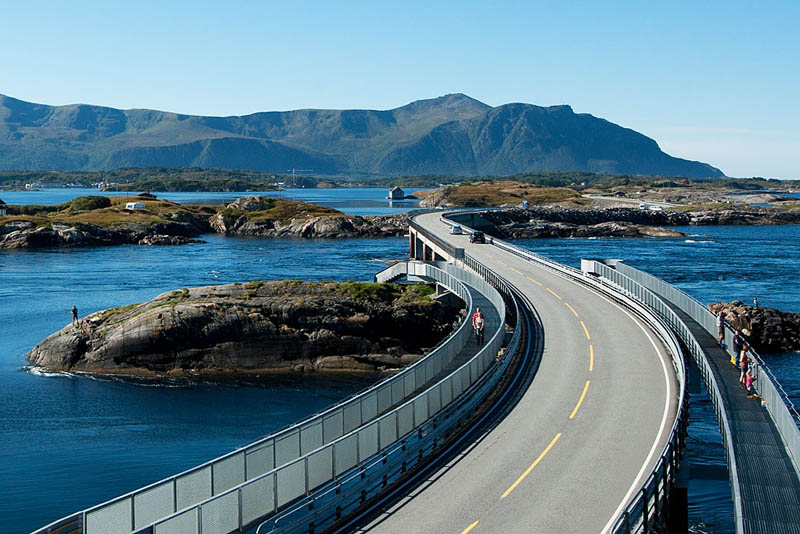 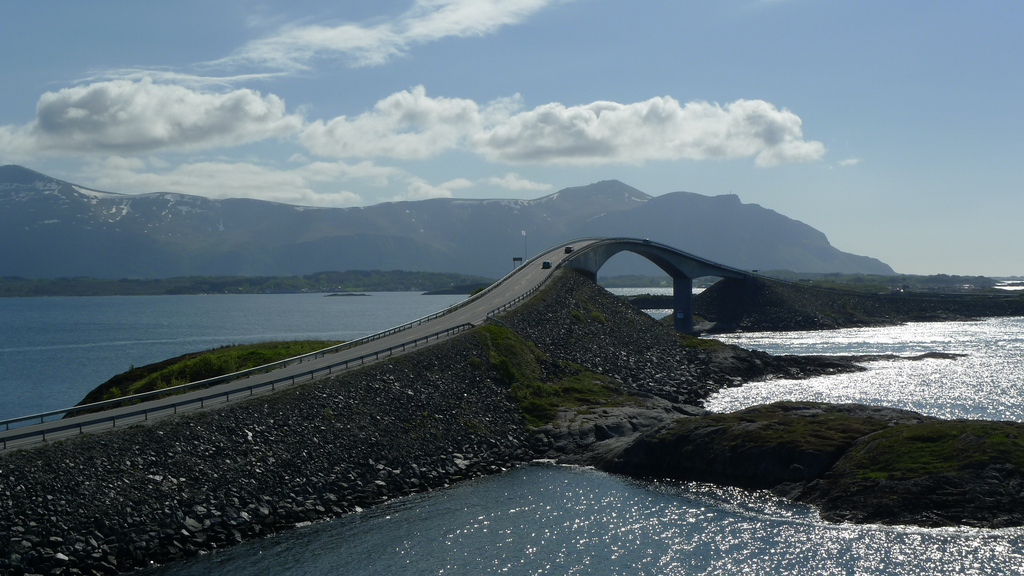 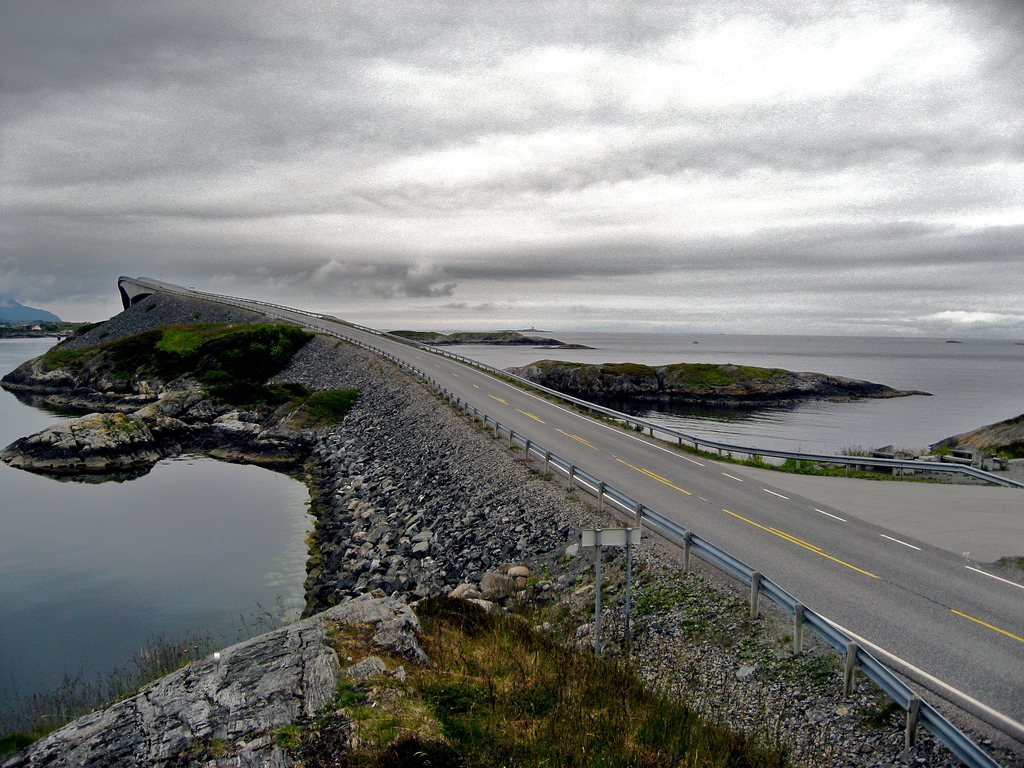