32 Magical Destinations To Visit In This Lifetime

by Architect K.A.
Reading Time: 9 mins read
0 0
A A
2
SHARES
104
VIEWS
Share on FacebookShare on TwitterPin to Pinterest

We recently asked members of the A&D Community to share the most magical place they’ve ever traveled to.

Here’s what they said: 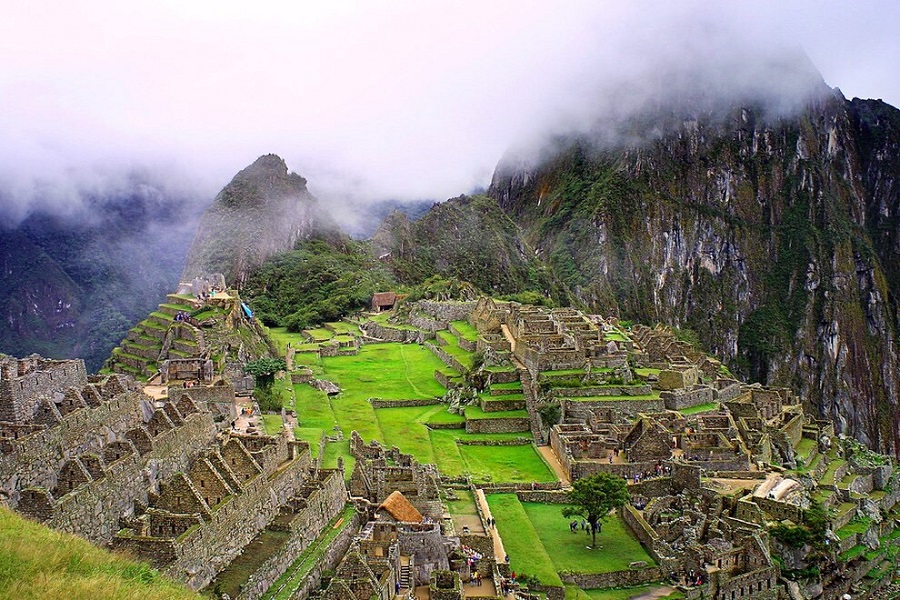 “I didn’t think it could live up to my expectations, but it did and exceeded them. The site itself is huge and so impressive, both aesthetically and architecturally. You do feel transported back in time. ” 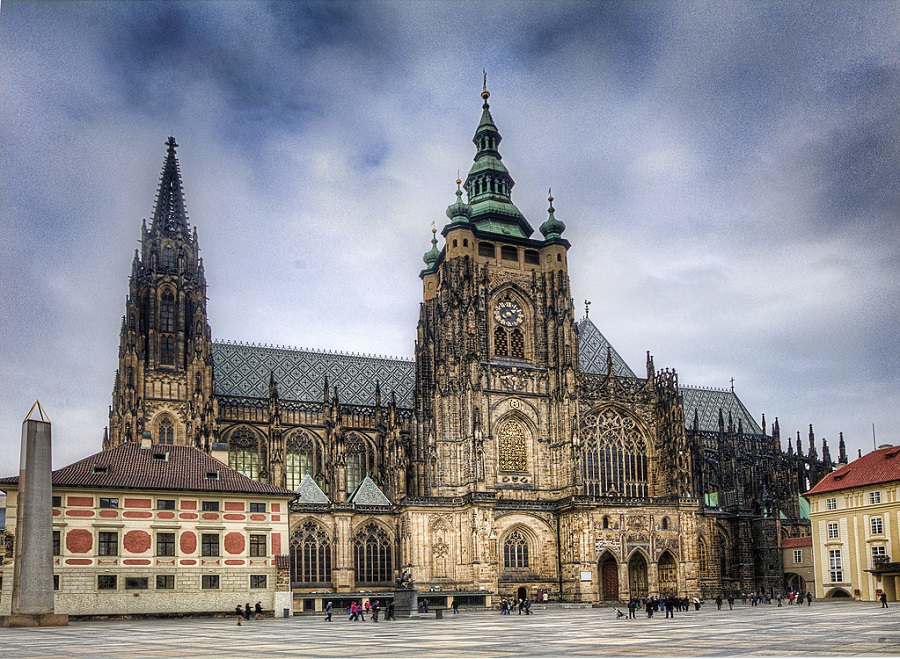 “This city looks like something out of a fairytale, with a castle high on a hill and houses tumbling down. I’ve never seen a city more beautiful than Prague.” —Ariel Cooper, Facebook 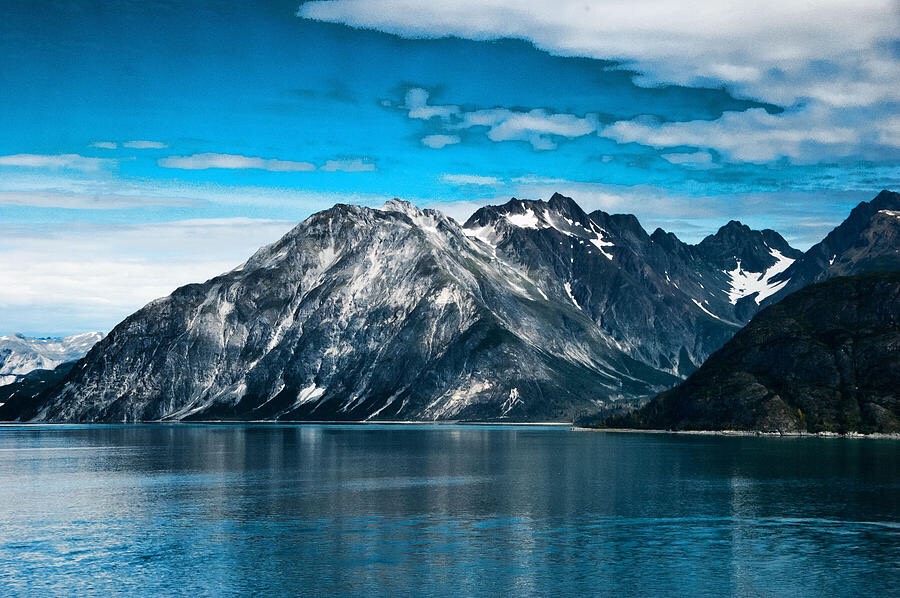 “If you’re lucky, you’ll get to see Margerie Glacier calving, which is a [experience] that’s almost impossible to describe in any other terms but magical and astounding.” —Amanda Nicole Howard, Facebook

04. The Enchanted River in Surigao, Philippines 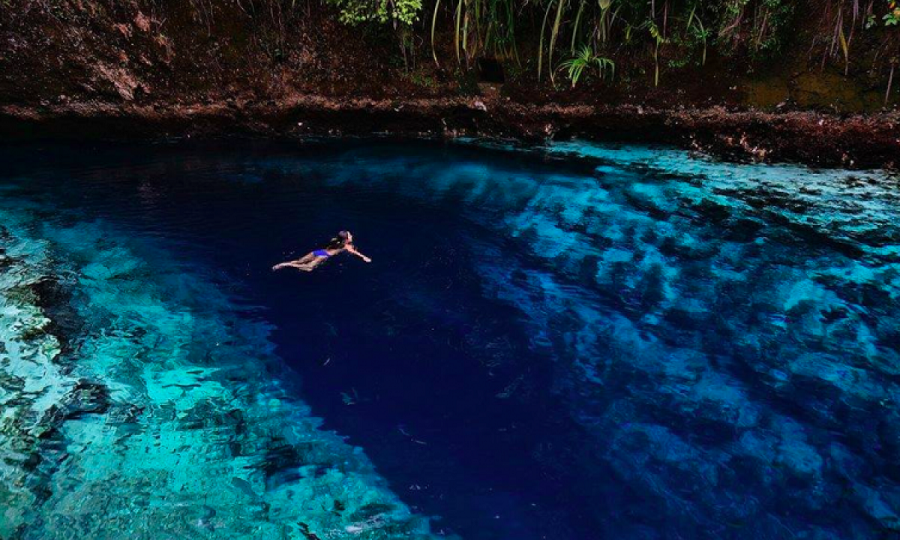 “A small river flows towards the Pacific Ocean with the bluest blue waters. And the name can’t get any more magical than that.”

05. The Wizarding World of Harry Potter at Universal Studios, Florida 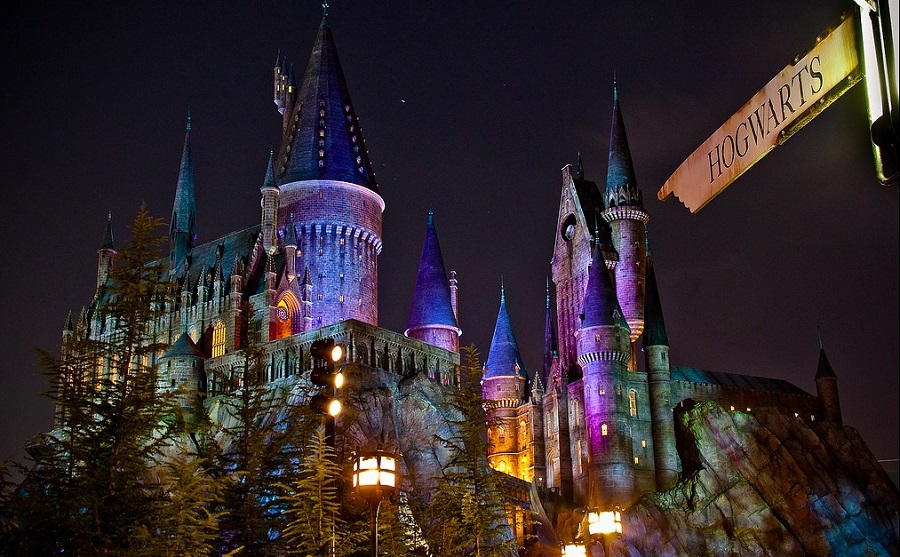 “Total geek here! I wanted to get a job there, walk that street daily, and immerse myself.” —Stephanie Hastings, Facebook. 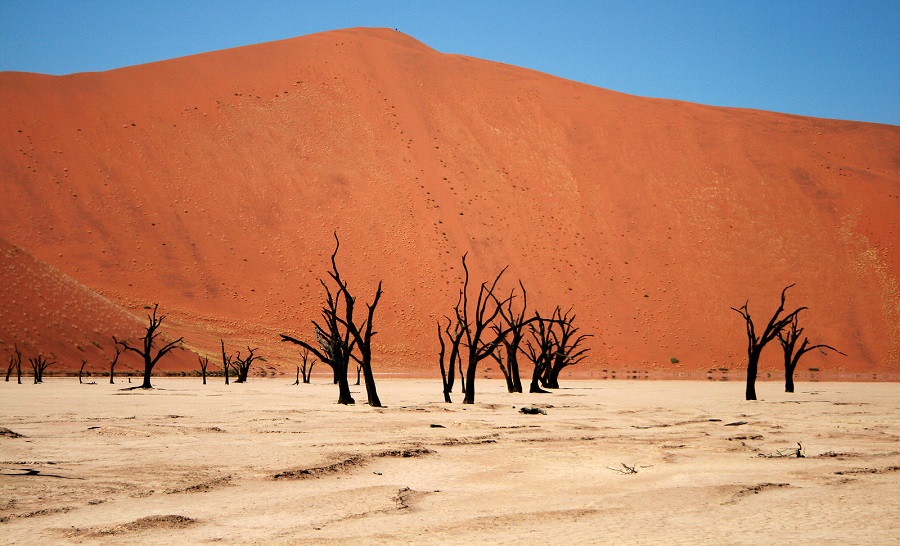 “Standing at the bases of the world’s largest dunes humbles and reminds you of how small you are. Then climbing to the top of the dunes makes you feel on top of the world. It is a fantastic place.” 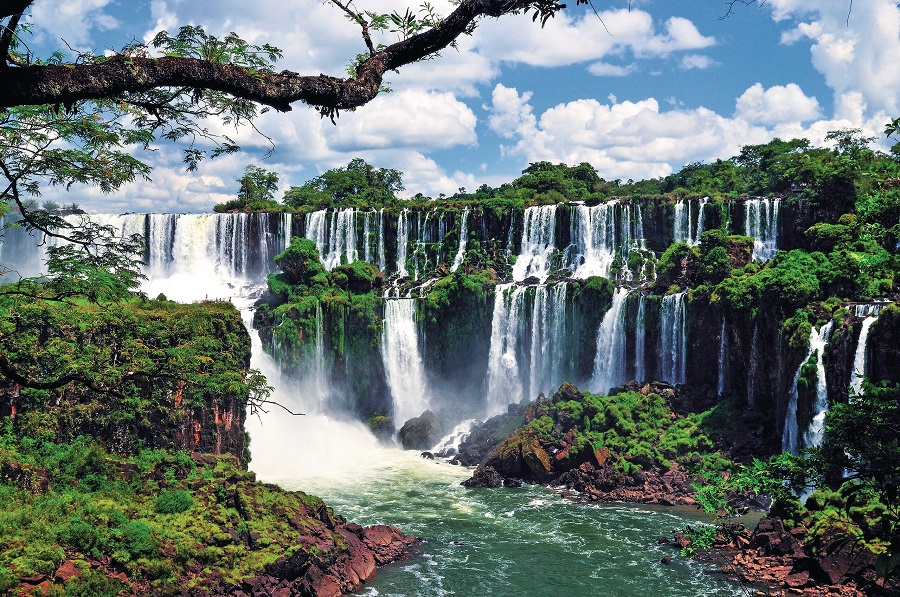 “I stood feet away from ten monkeys, saw toucans, went on a boat ride under the rushing water of the falls, and would return in a heartbeat.” 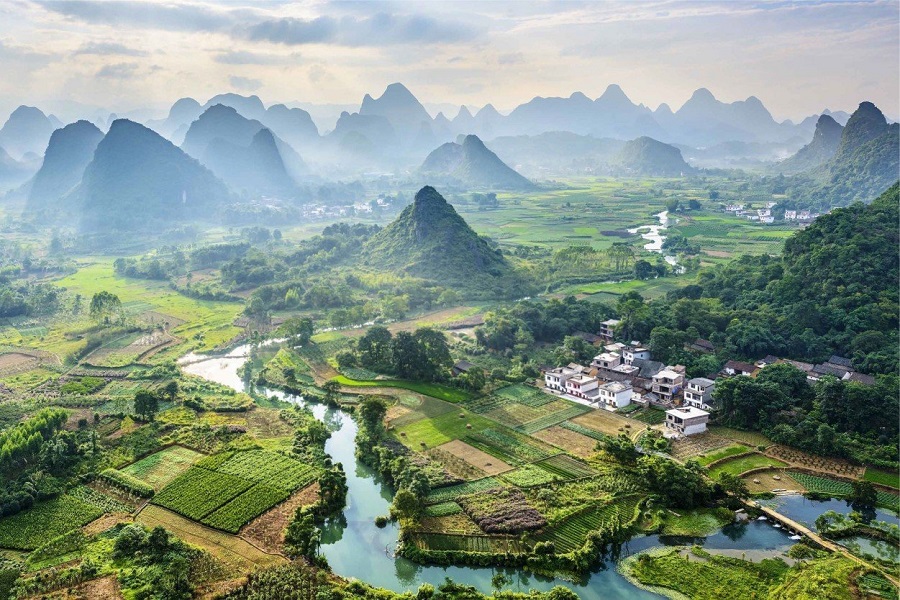 “Amazing and relaxing. People [can] rent a motorcycle or a bike and ride around the city or mountains. My friend and I got into a bamboo boat and sailed down the river.” 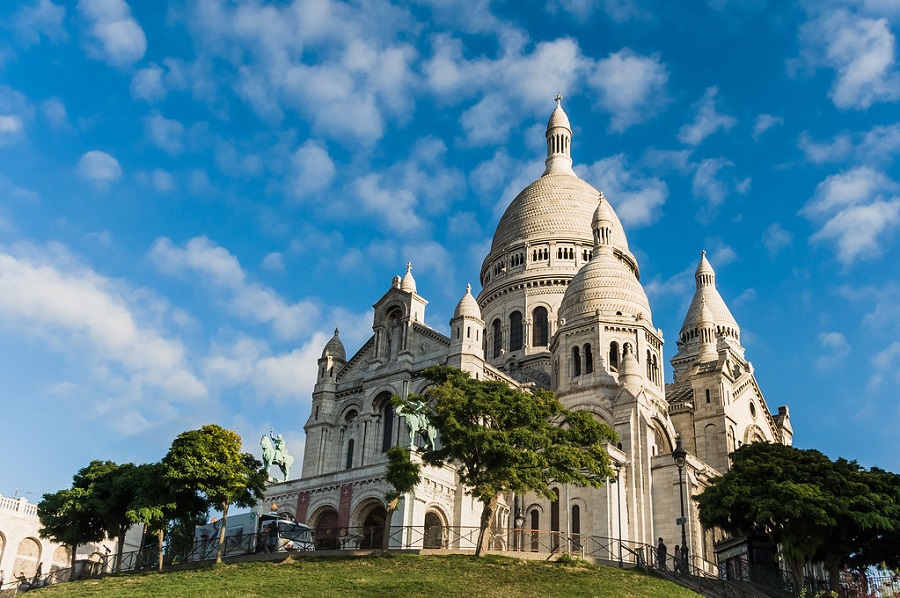 “The views of Paris from the top of the mountain are incredible.” 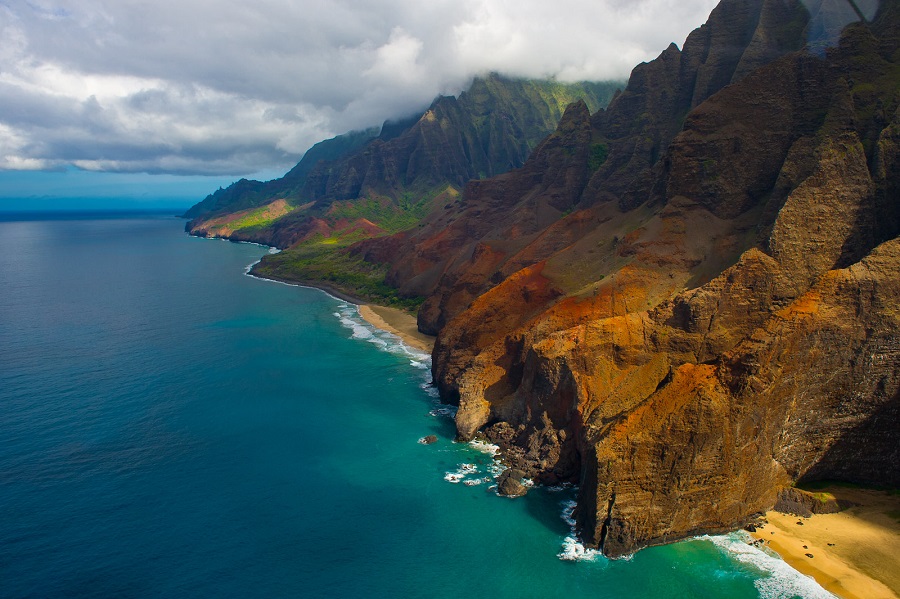 “It’s very different from the rest of Hawaii that I’ve experienced… totally organic and wonderful.” 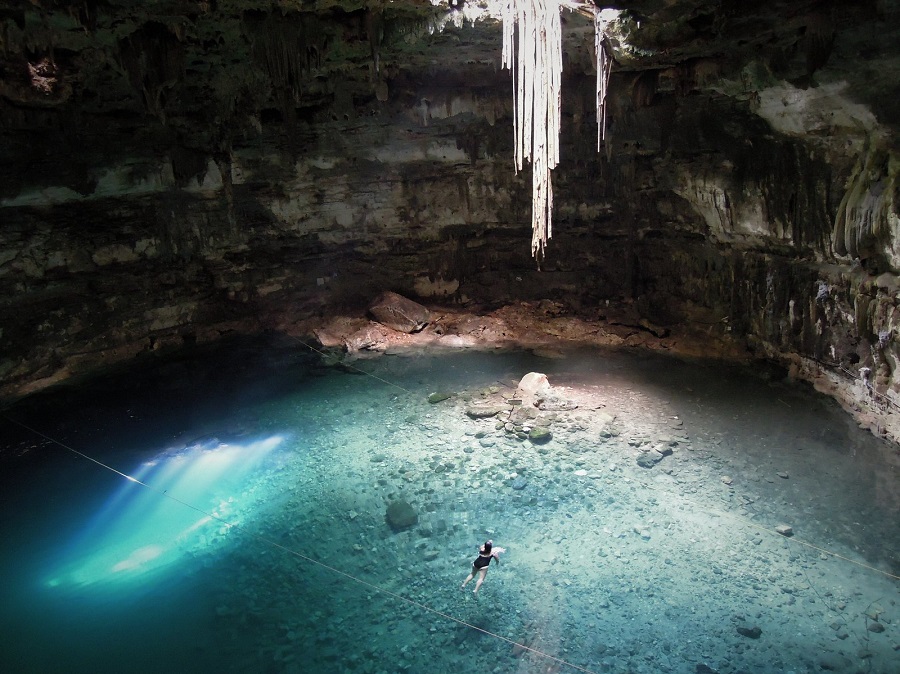 “It was beautiful and otherworldly, swimming in crystal clear water among the stalactites. I never wanted to leave.”

“I went to Iceland thinking that the surface of the country was by far the most interesting and beautiful thing I would see, but then we went underground to the bottom of a volcano. There’s nothing like it — it’s like visiting another planet. It’s stunning.” —Dani Onda, Facebook 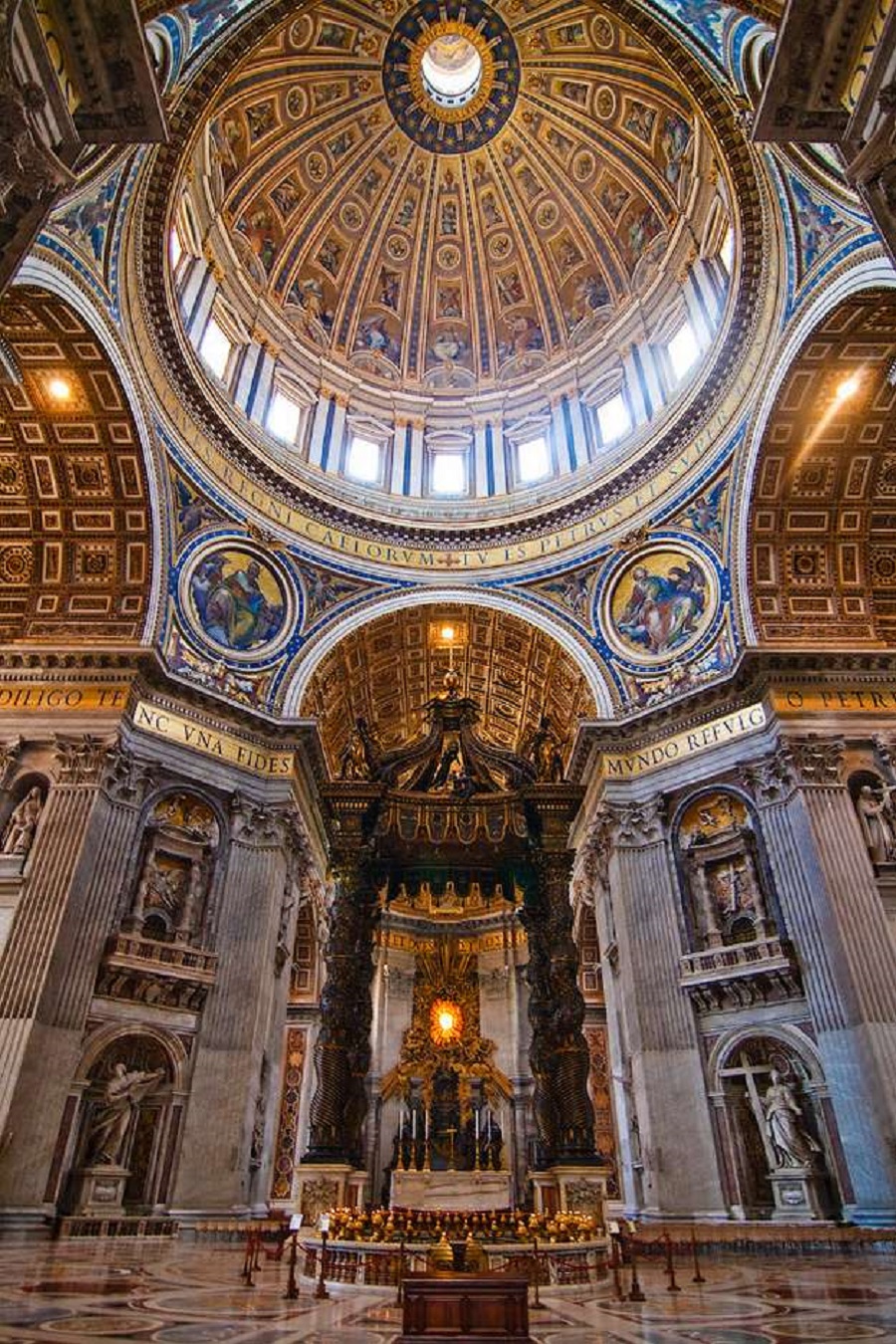 “I’m not Catholic, but there’s an amazing sense of peace and “something more” when you’re in there. Not to mention those beautiful ceilings!” —Amber Wall-Charleson, Facebook 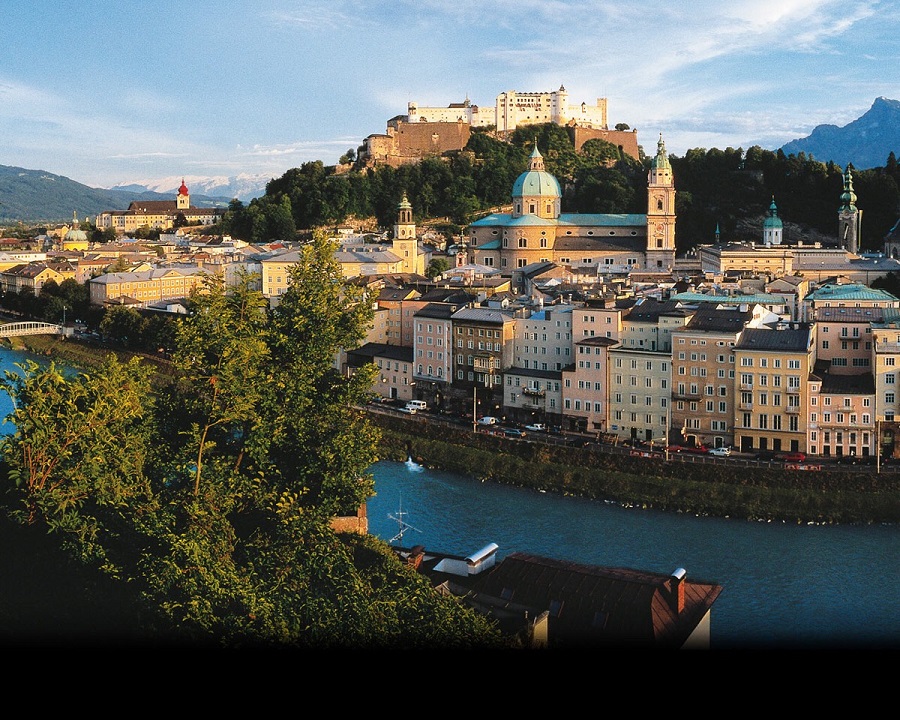 “In particular, the Schloss Leopoldskron: the palace where they filmed The Sound of Music.” —Architecture & Design, Facebook 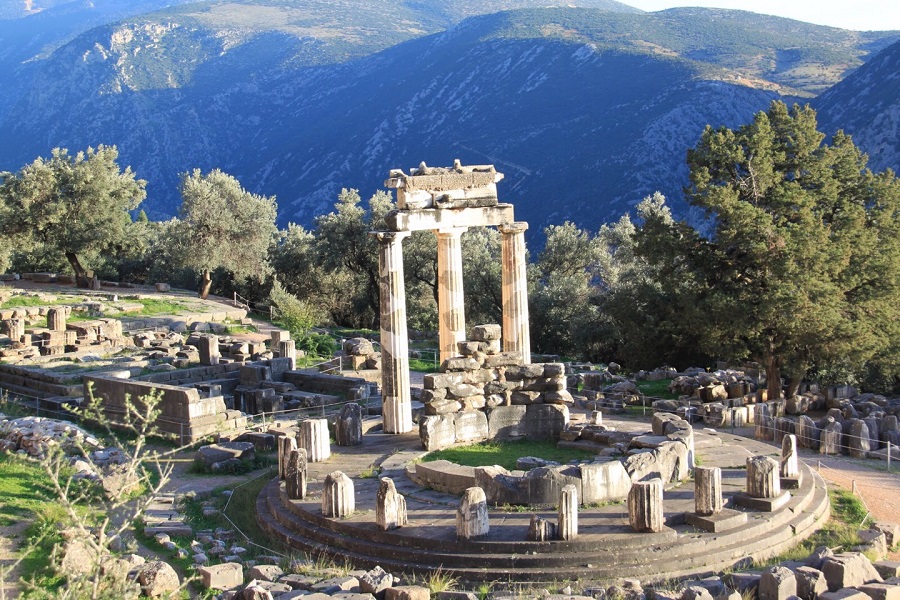 “The ruins of Apollo’s temple remain an archeological site along with a Dionysian amphitheater. The view from Mount Parnassus is pretty awesome, too.” —Rachel Small, Facebook 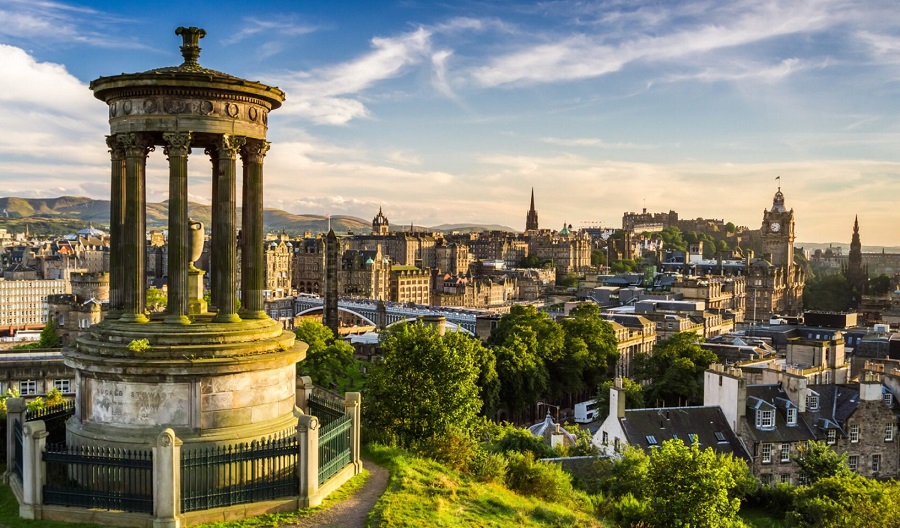 “While being an amazing city in and of itself (picture castles, two-stories streets, and the birthplace of “Harry Potter”), Edinburgh is also home to Arthur’s Seat, the supposed location of Camelot. The view from the top pans out on hills, the water, and the city, all while crows fly level with you. A must.” 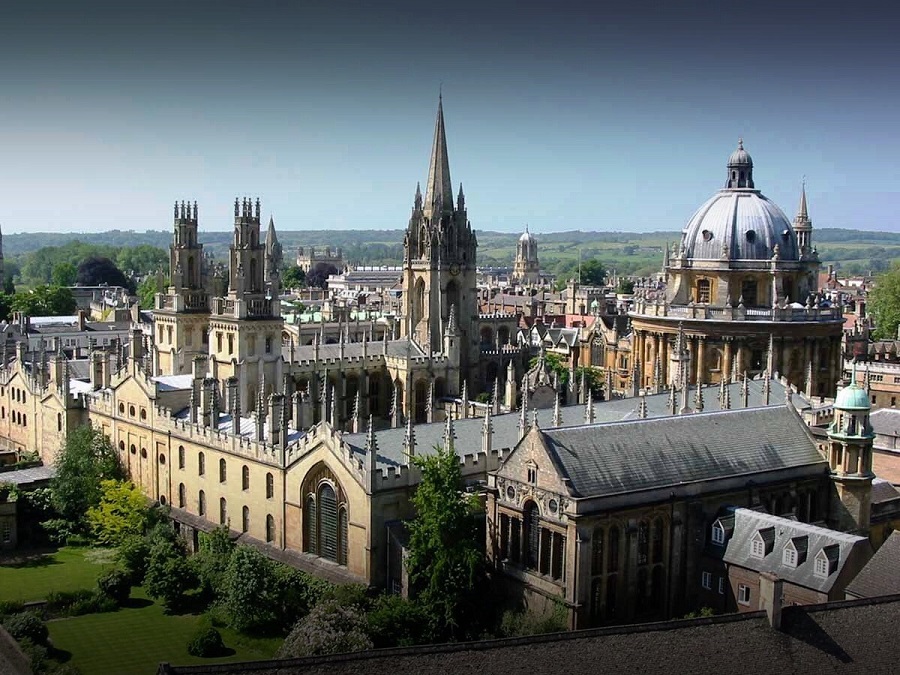 “I spent four months studying there last year, and I’m hoping to move to England this year. I don’t know how to describe it, but there is something about walking down the streets of Oxford that makes you feel like you’re in a dream. —Erica Lynn, Facebook 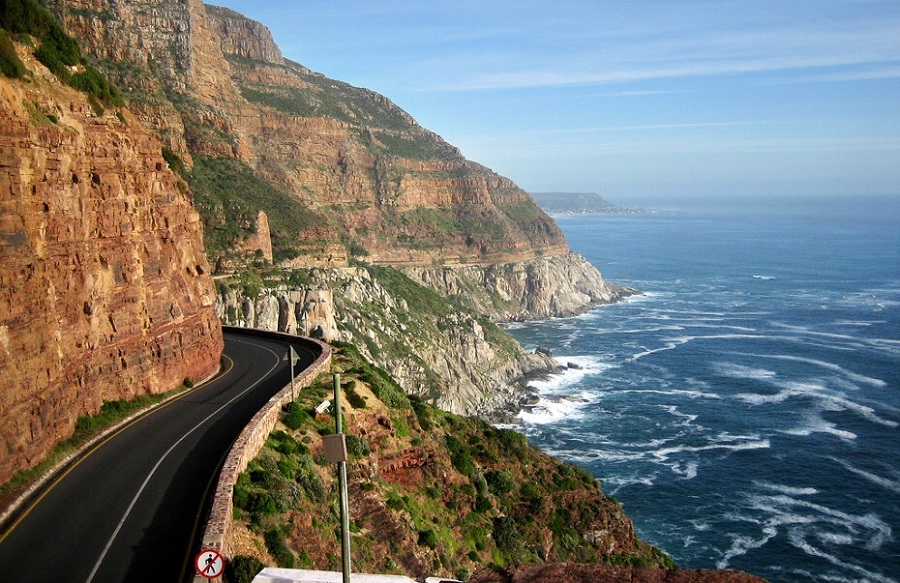 “You look out at the beautiful blue ocean, and then you look up at mountains, and life all comes together.” —Soleil Miller, Facebook 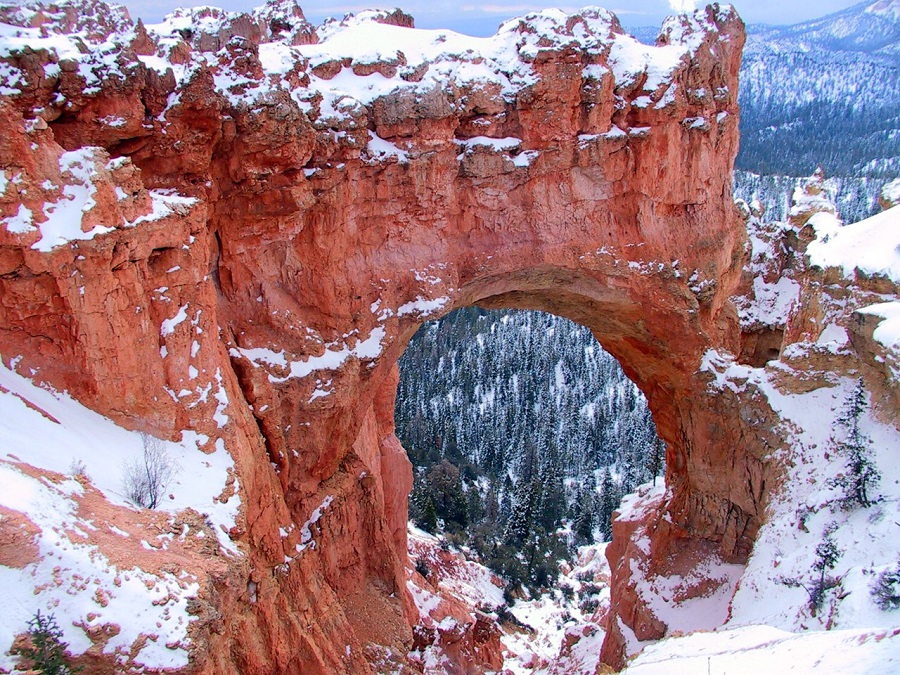 “As you’re walking to it, you can’t see any of the canyons, and then it suddenly Is sprawled out below you. I’m very rarely speechless, but at that moment, I just had to stop and look around for a while.” —Arielle Hazi, Facebook 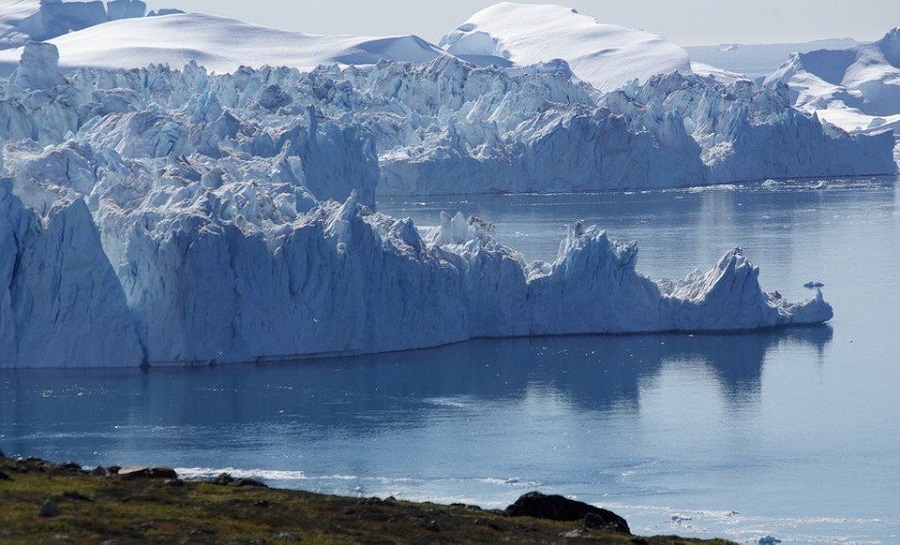 I felt so removed from the rest of the world and was surrounded by the most beautiful landscape imaginable. The sunsets with glorious colors lighting up the icebergs are one of my most magical memories.”

“A pain to get to from the UK, but the most awesome, beautiful, and mind-blowing place I have ever been. I can’t wait to go back there again someday.” 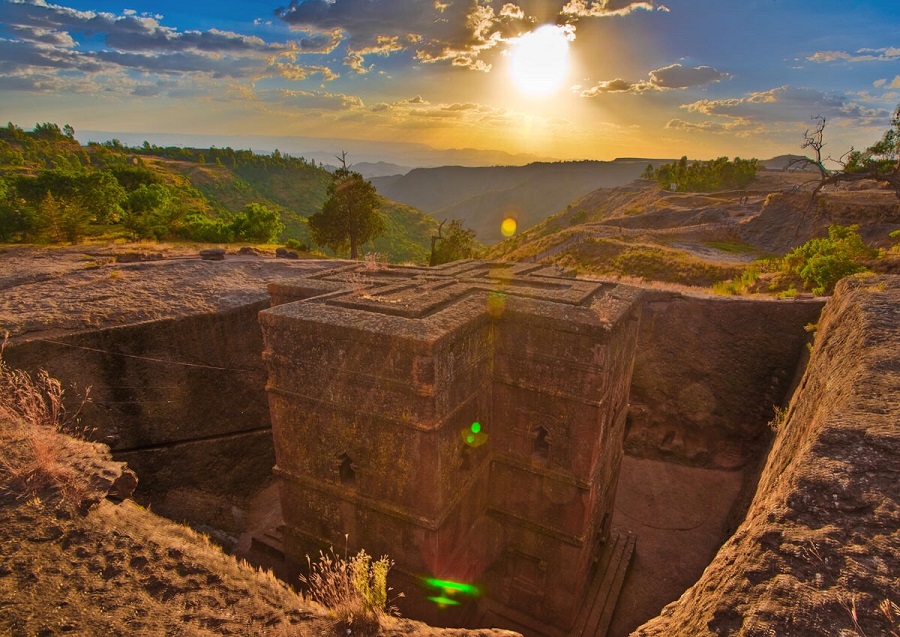 “The churches are hand-carved into the mountains. Both intricate and beautiful, they are the most amazing and underappreciated place I have ever been.” 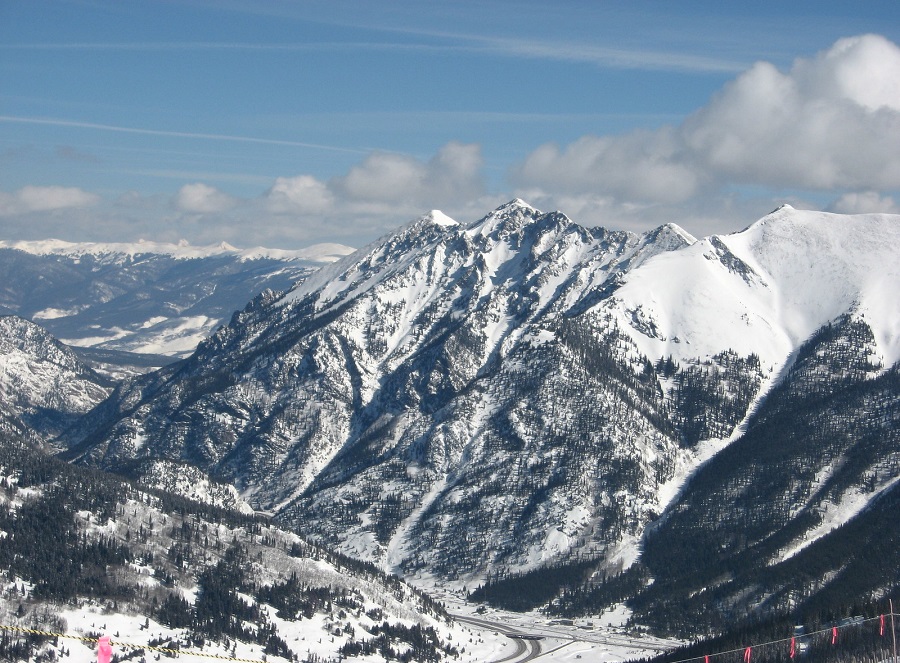 “Driving along the highest paved road in the United States felt like the closest I will ever get to heaven on earth. The Rocky Mountain goats, the prairie dogs, the wildflowers, the trickle of mountain water cold enough and pure enough to drink.” 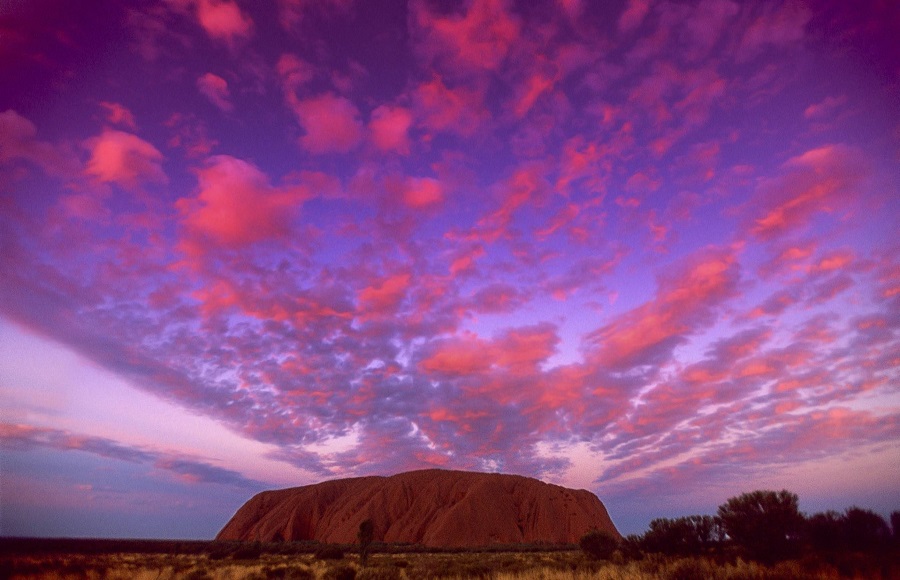 “I am slightly biased, [but] I work in the most amazing incredible place, and that is Uluru. I came out here seven years ago, and I am still here today!” —Grant Hannah, Facebook 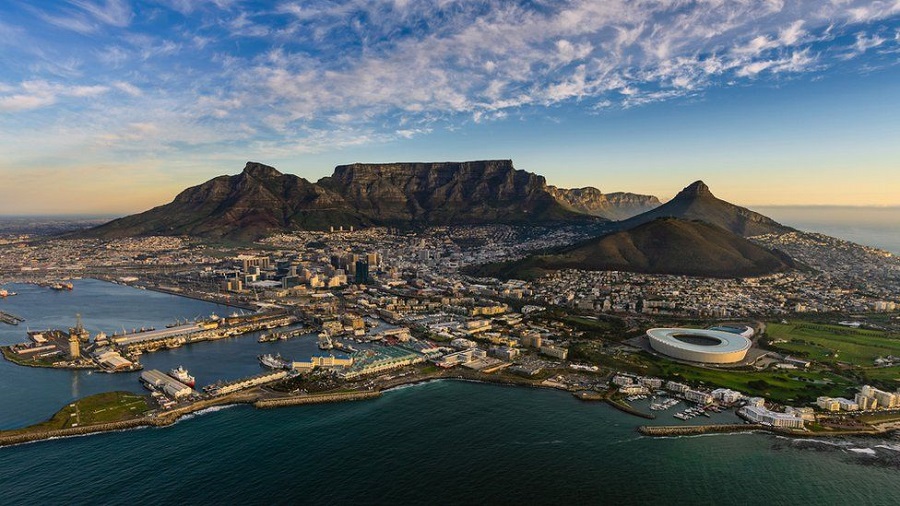 “I’ve never felt more accomplished in my life than when we got to the top, looking over the city below and the ocean in front of us.” —Ashley Adams, Facebook 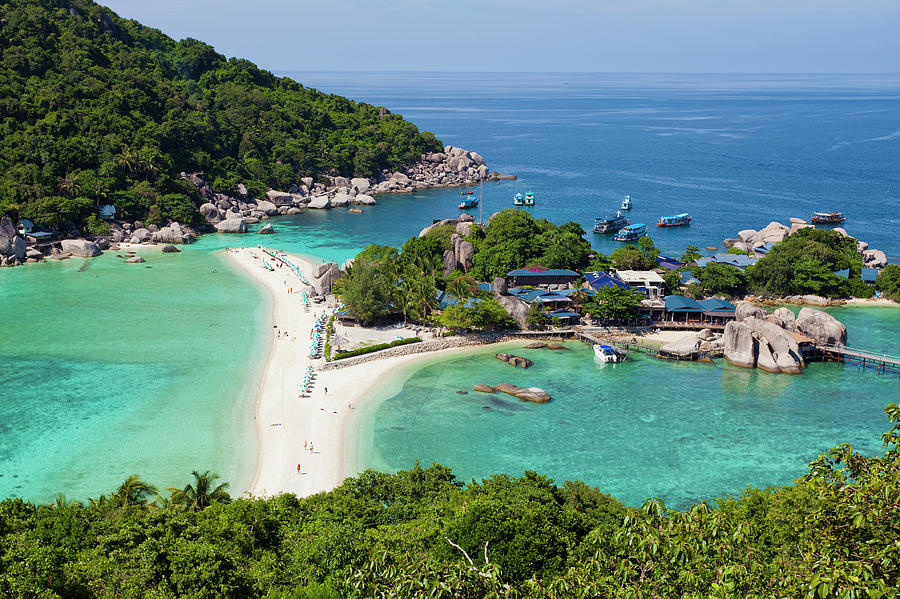 “The beaches are beautiful. You can even swim while you wait for lunch at the restaurants on the shore — and I have never had more fun than the day we spent four-wheeling through the mountains and playing in waterfalls. It felt like I was in Jurassic Park.” —Khyber Alikhail, Facebook 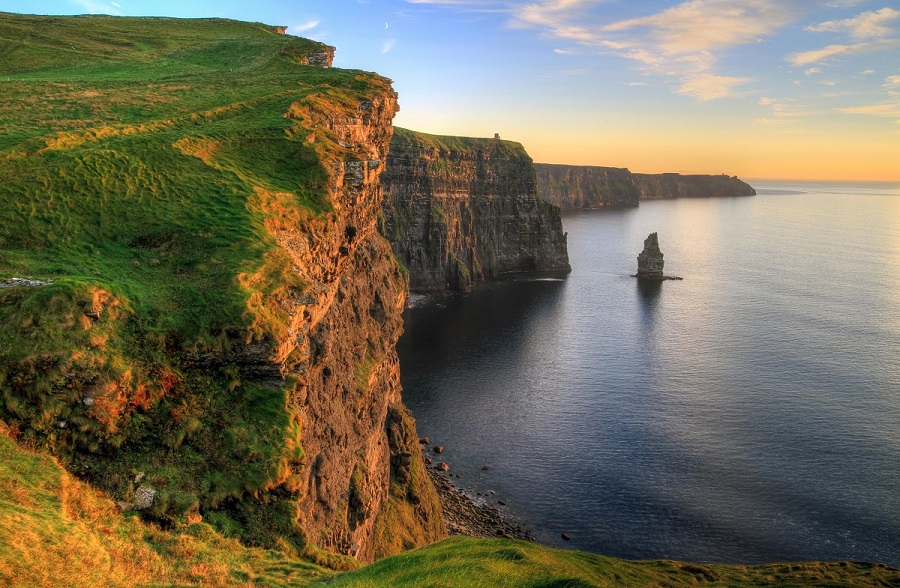 “To stand so high up on a cliff, the birds flying below us, and the most beautiful crystal clear blue water in the world stretching out as far as you can see. Standing on the edge, it felt like I was flying.” —Brittani Gomes, Facebook 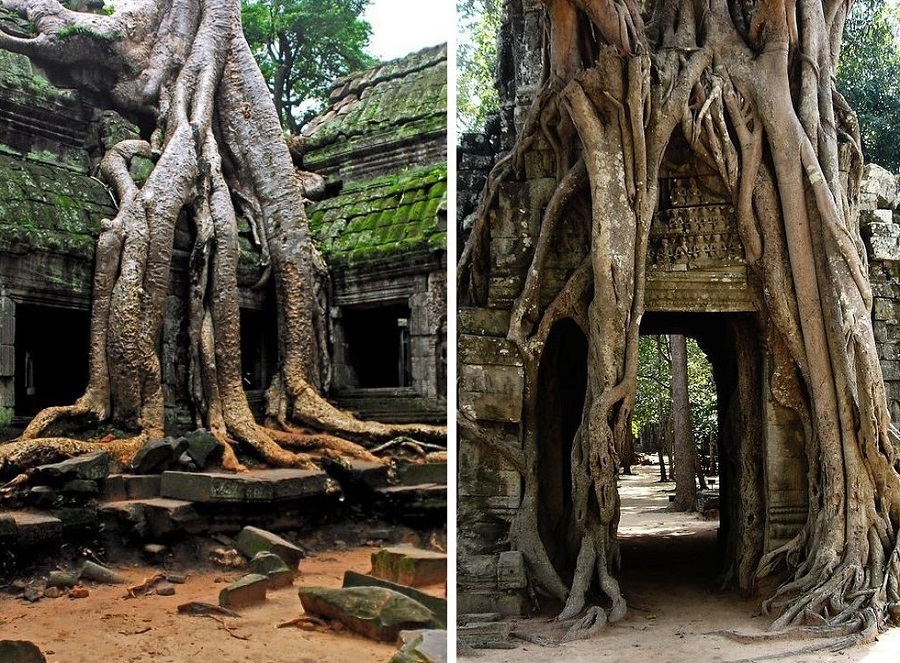 “Get on a bike and explore: you’ll see much more! Temples are still in the jungle; stone faces look out behind the trees. Out of the main temples, Bayon temple was my most magical: it had a real sense of mystique about it.” —Matt Butchers, Facebook “It’s the best place to see the Milky Way, and of course, it’s a paradise during daylight.” —Marjolein Pos 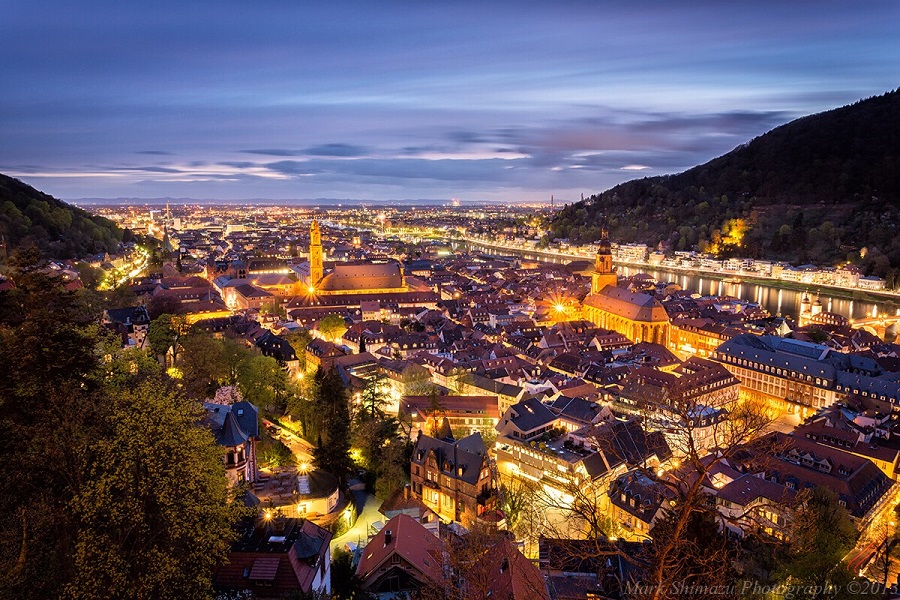 “The castles, the history, the scenery, the people, the food, everything was perfect.” —Susie Araujo, Facebook 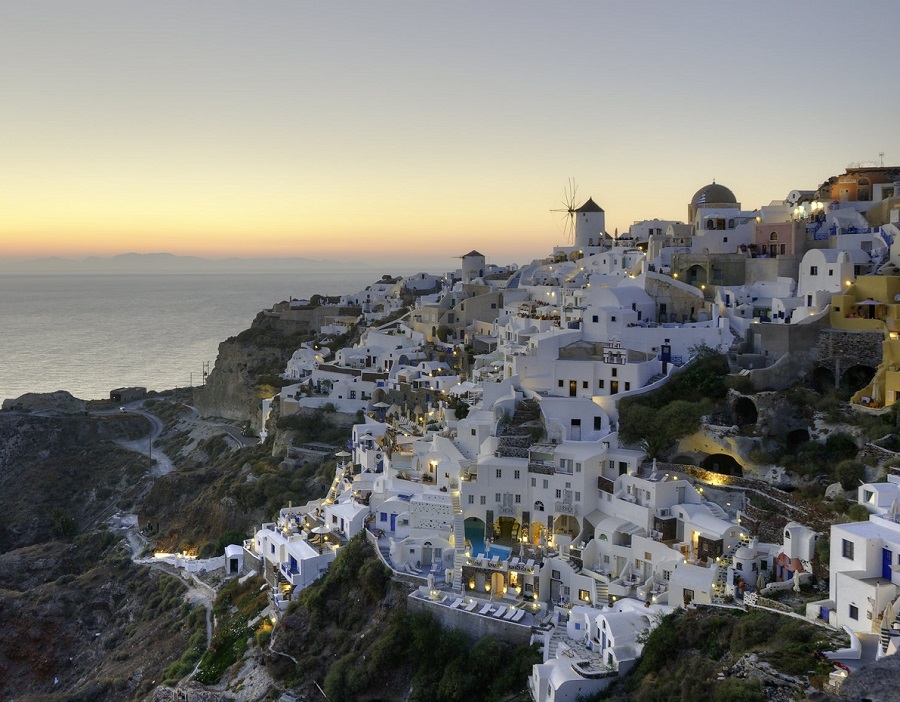 “Felt like I was on top of the world and as if nothing else existed! The bluest waters as far as the eye could see and the most magical sunset you could ever imagine.” —Tara DeAngelis

“Seriously. I wept when we left.” —Kenny Hicks, Facebook