It is located in Las Vegas, Nevada, USA. 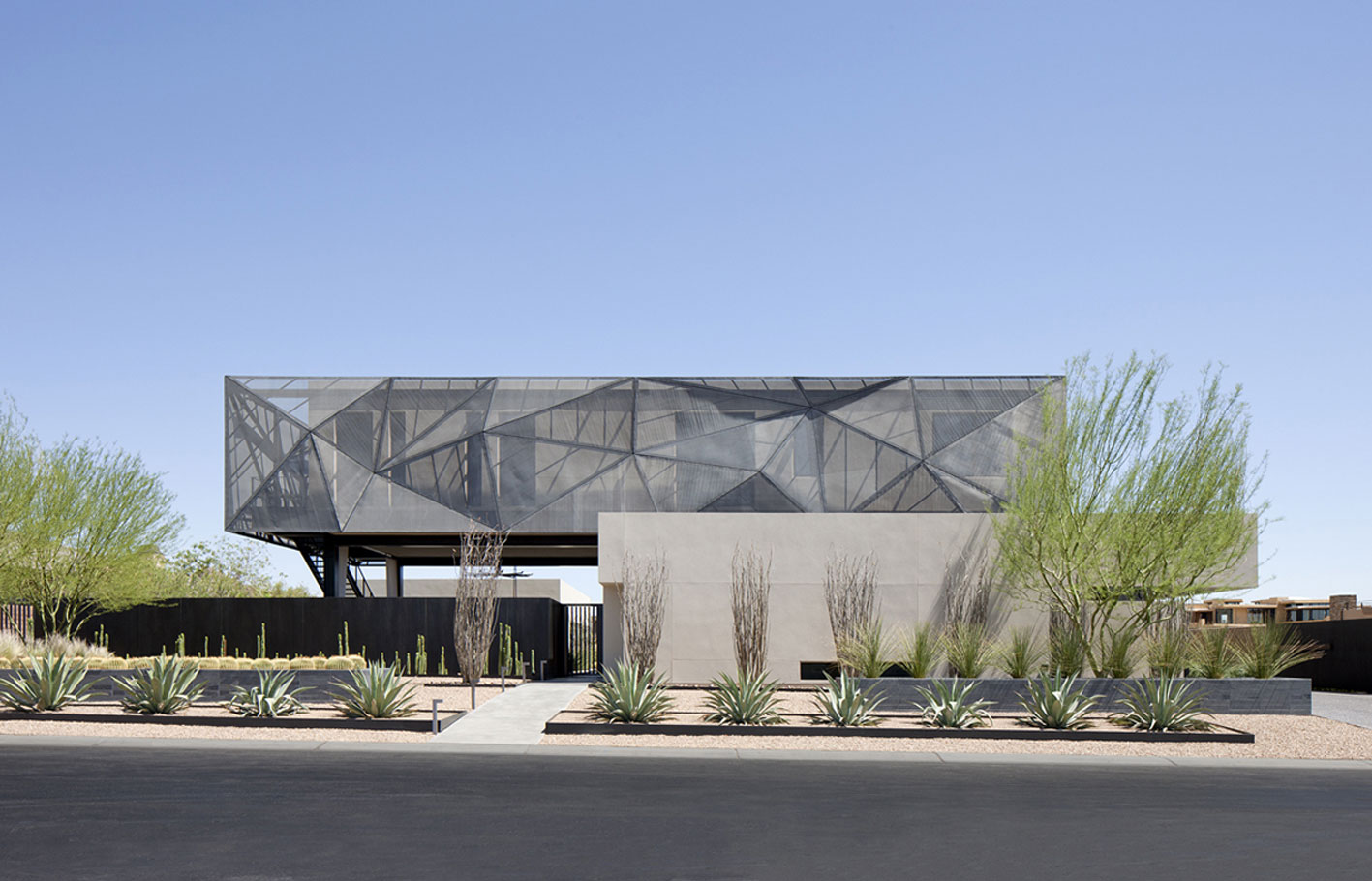 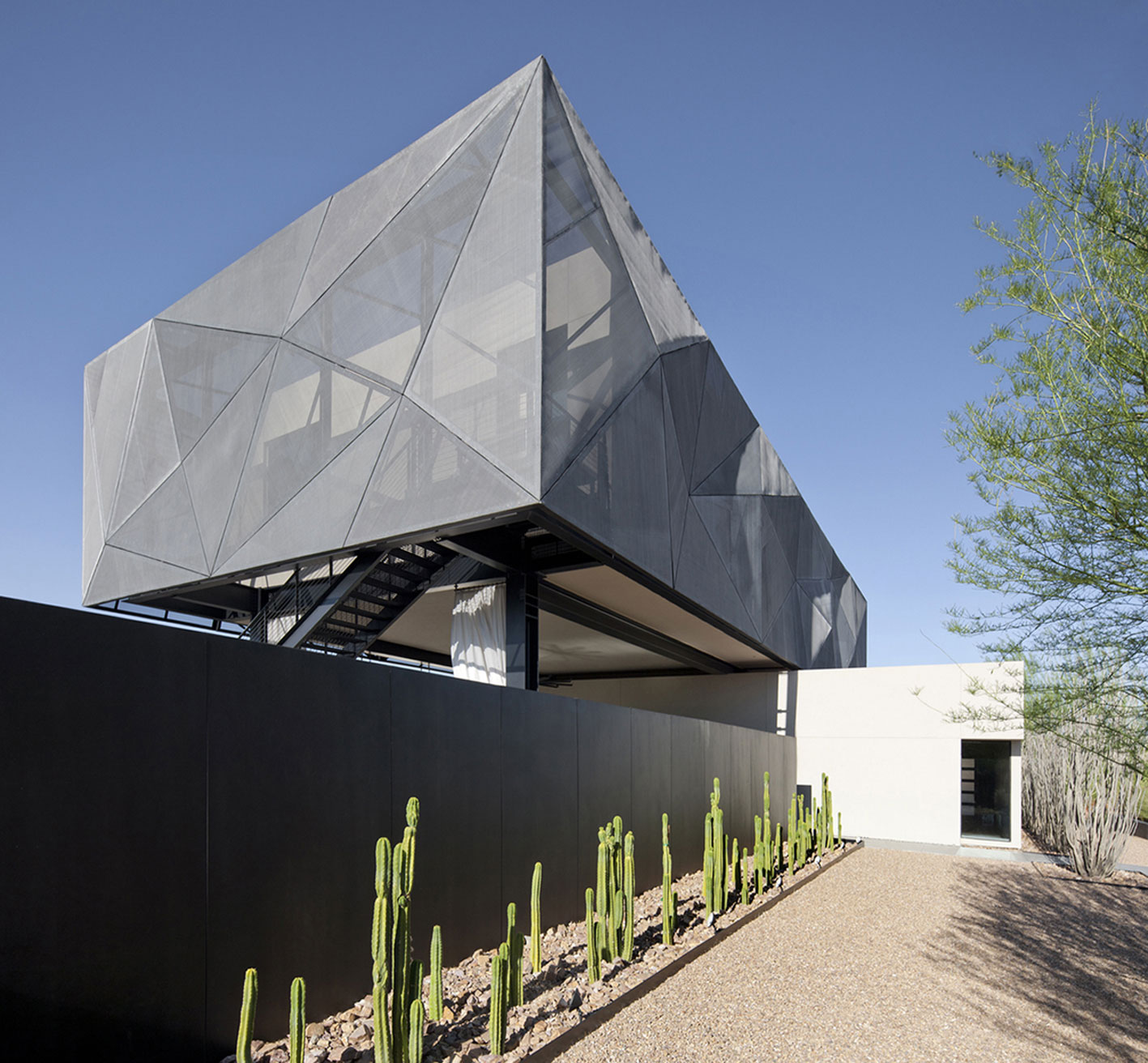 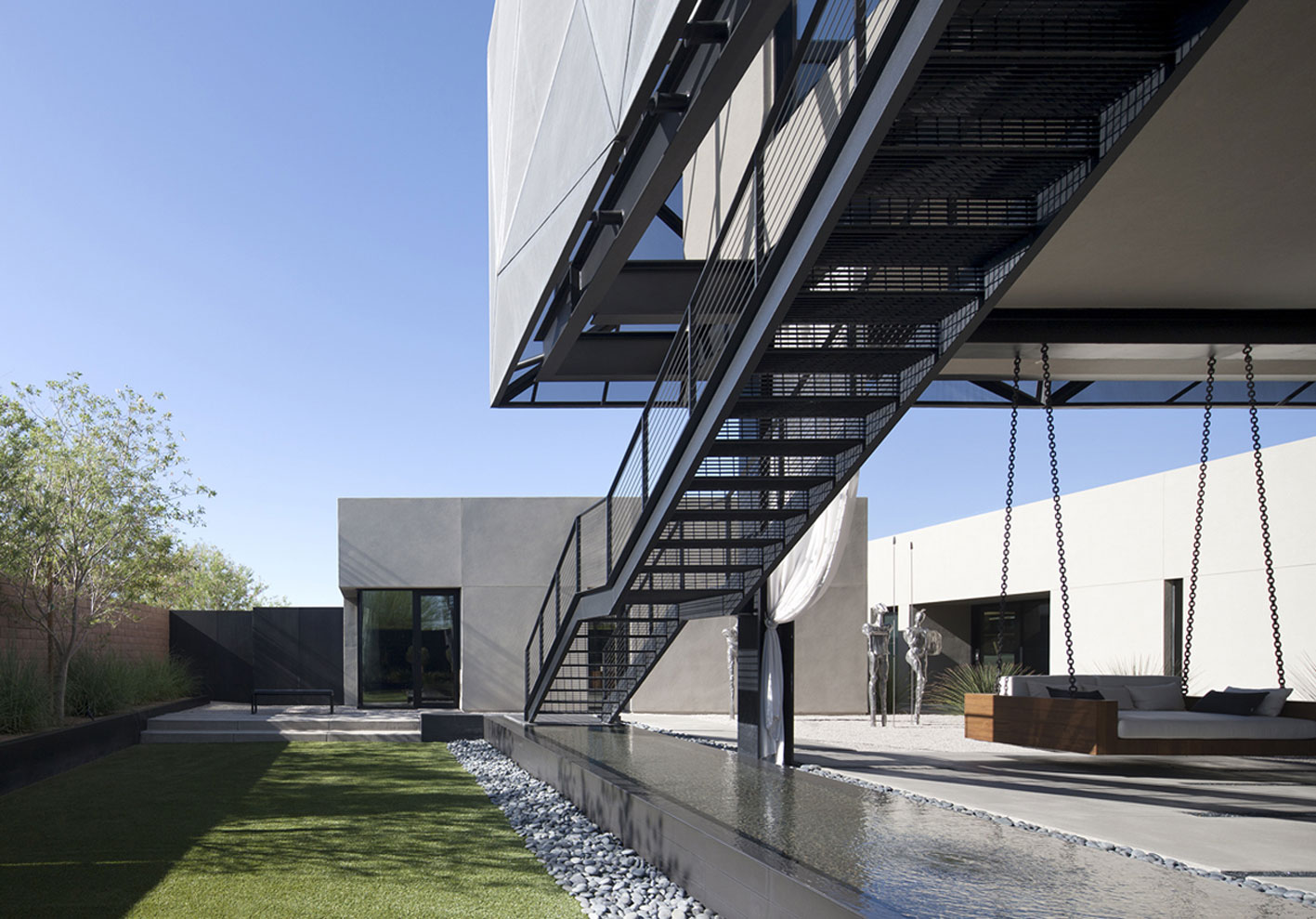 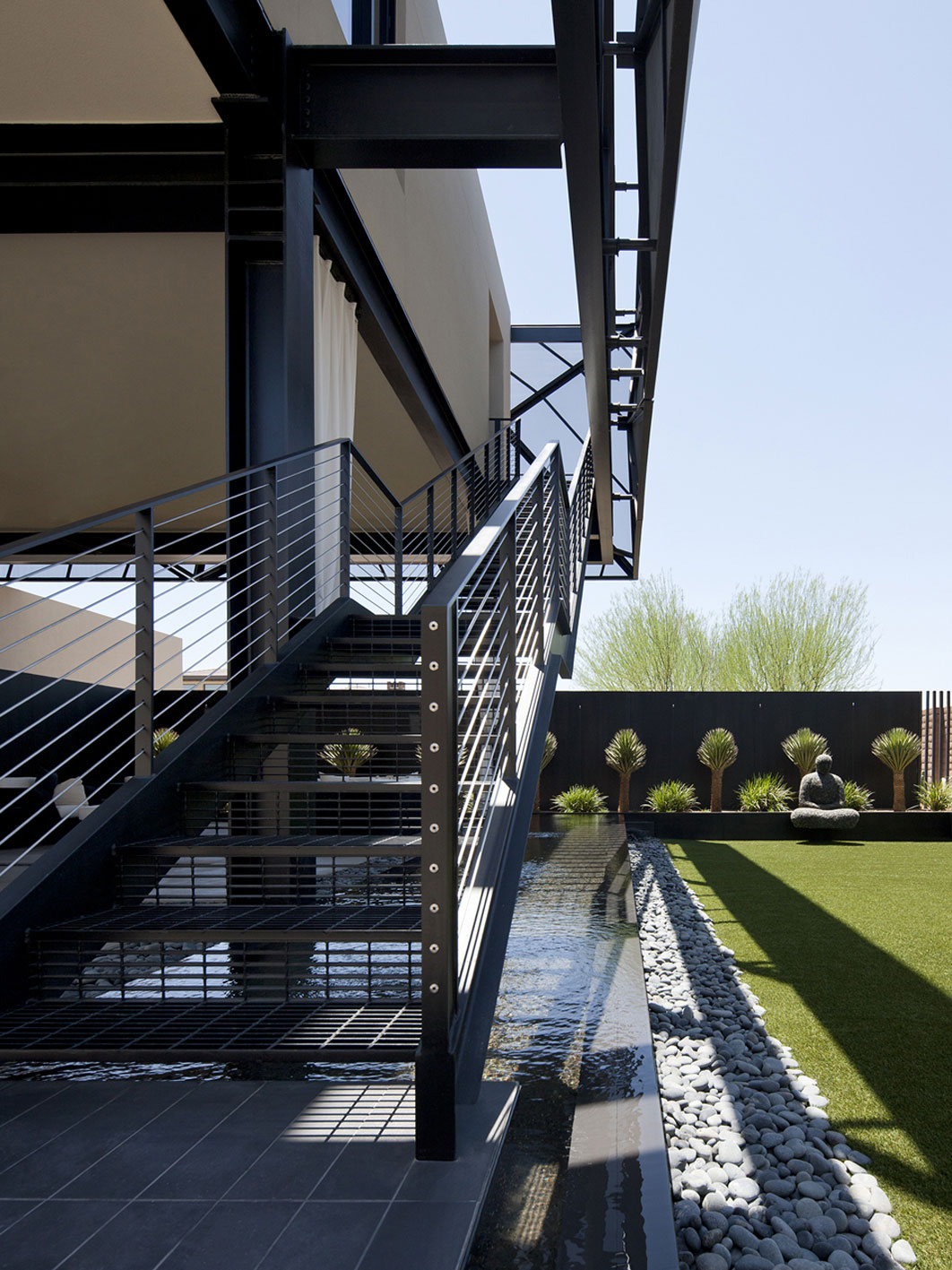 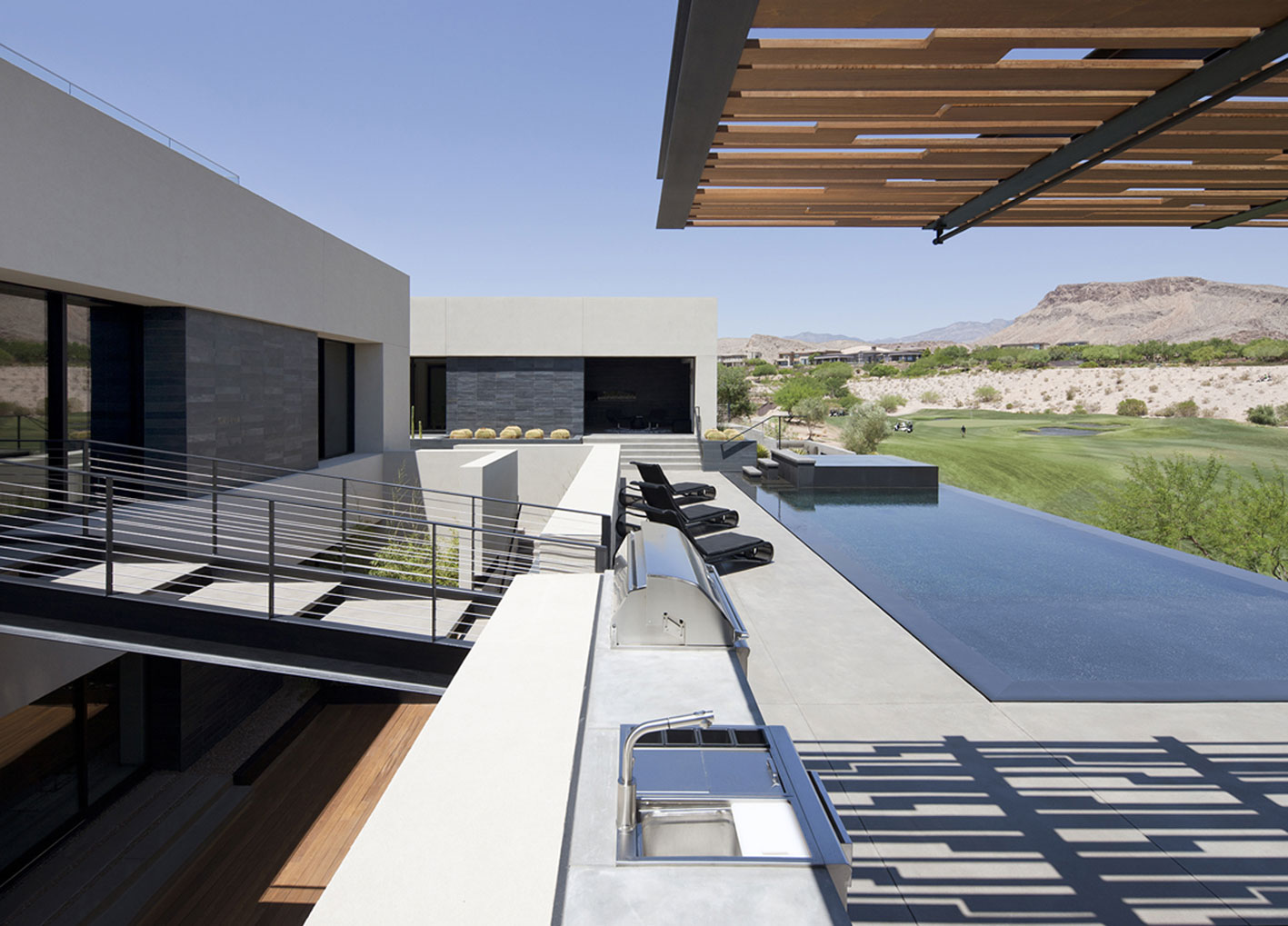 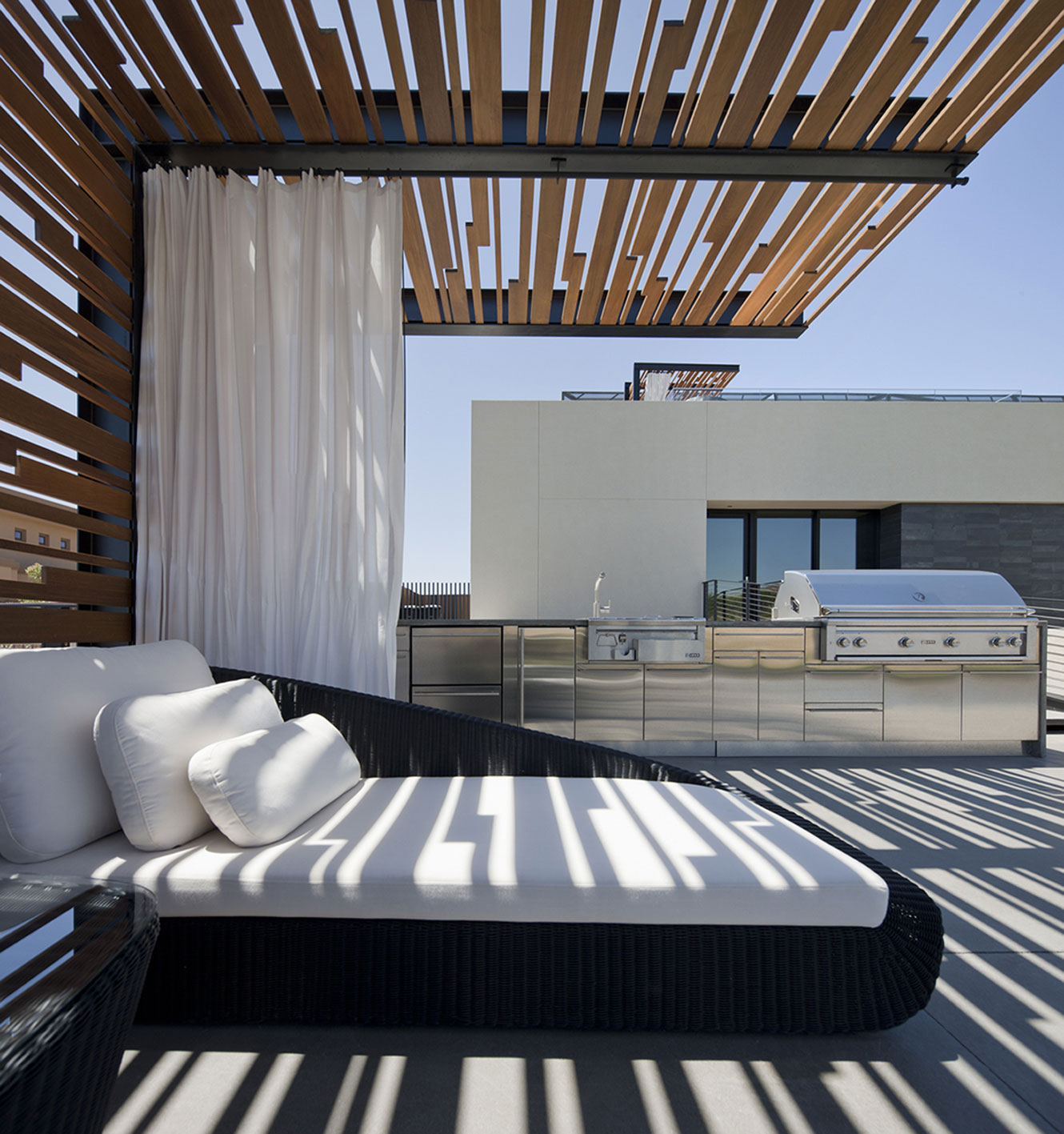 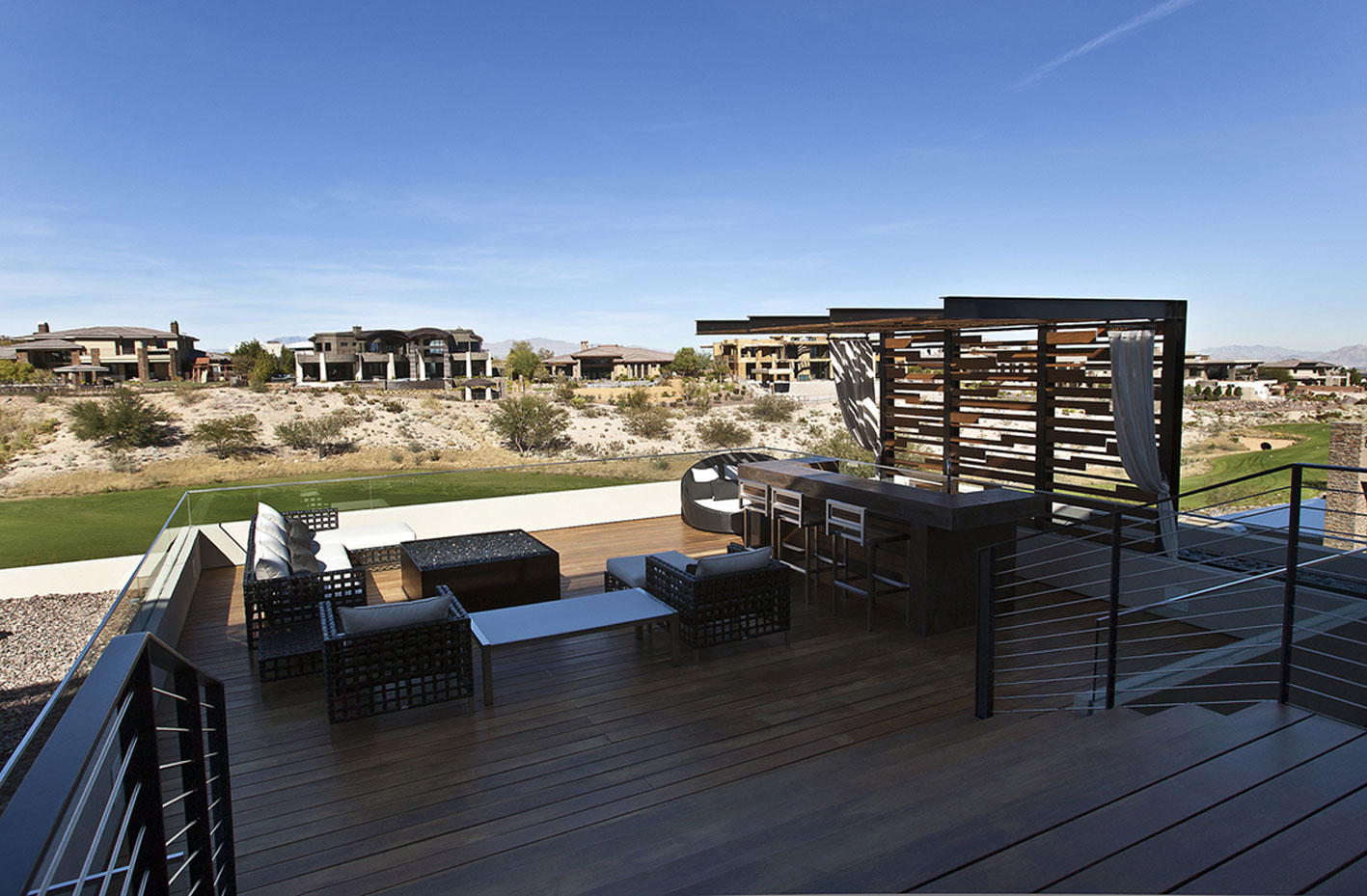 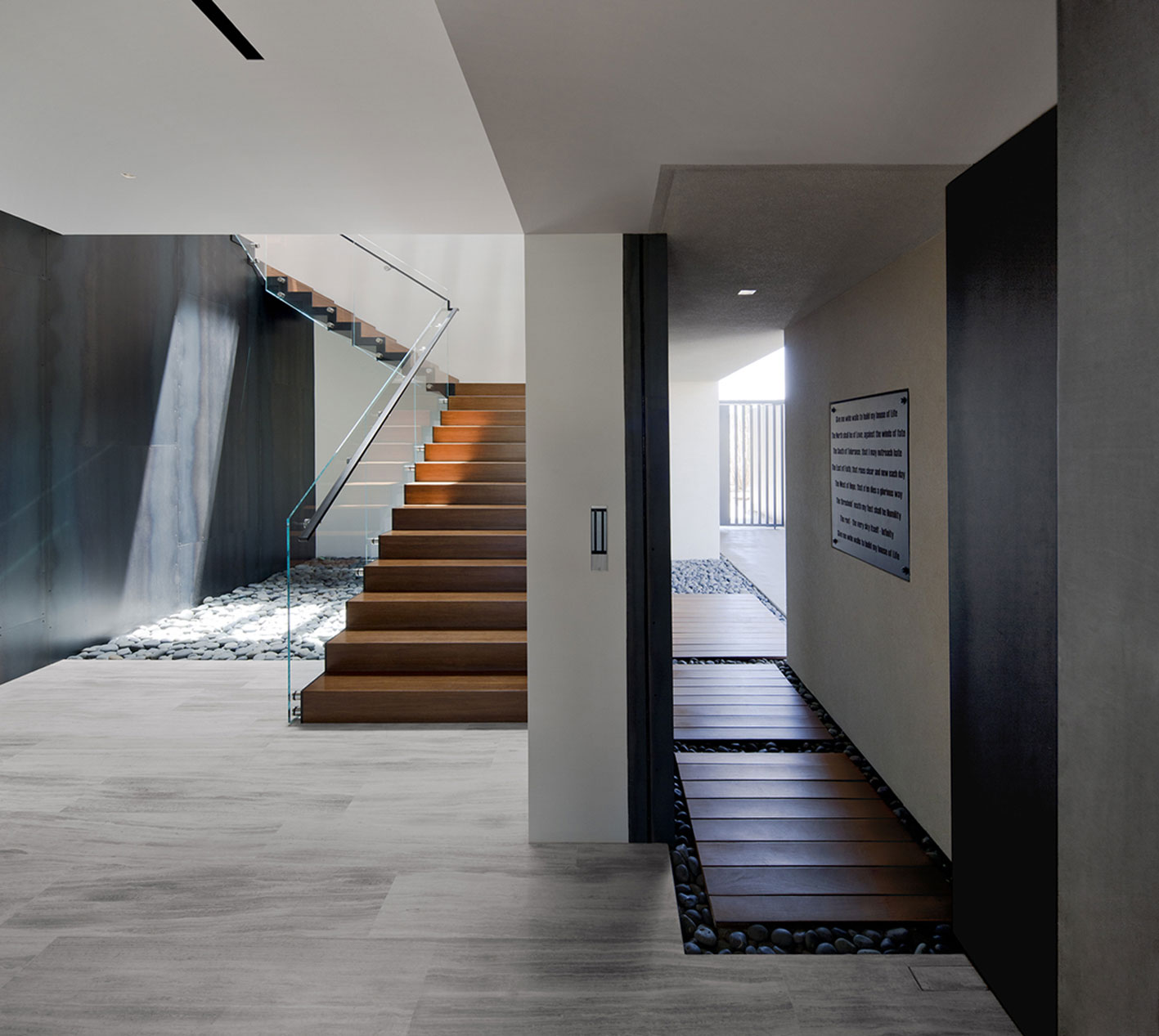 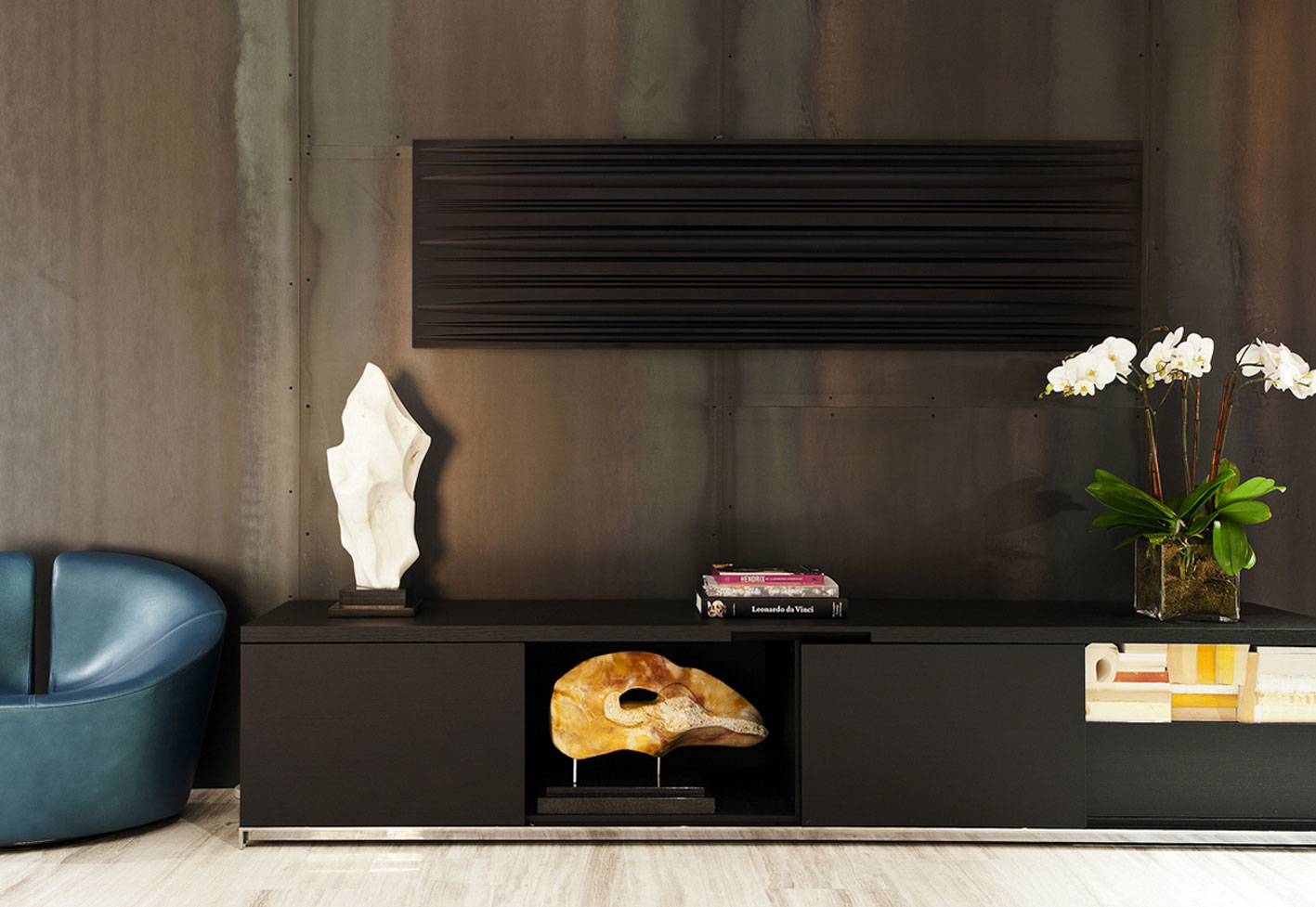 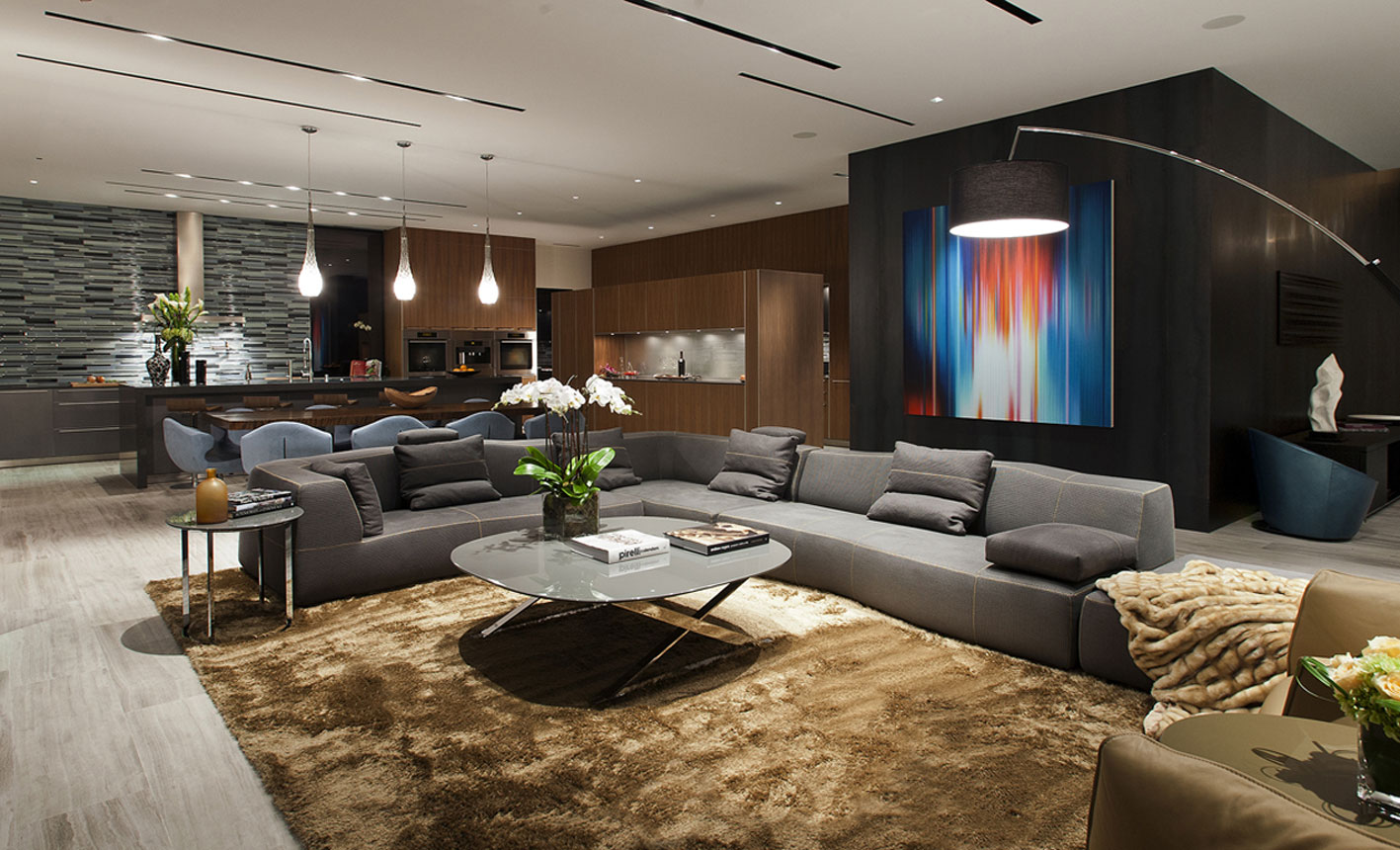 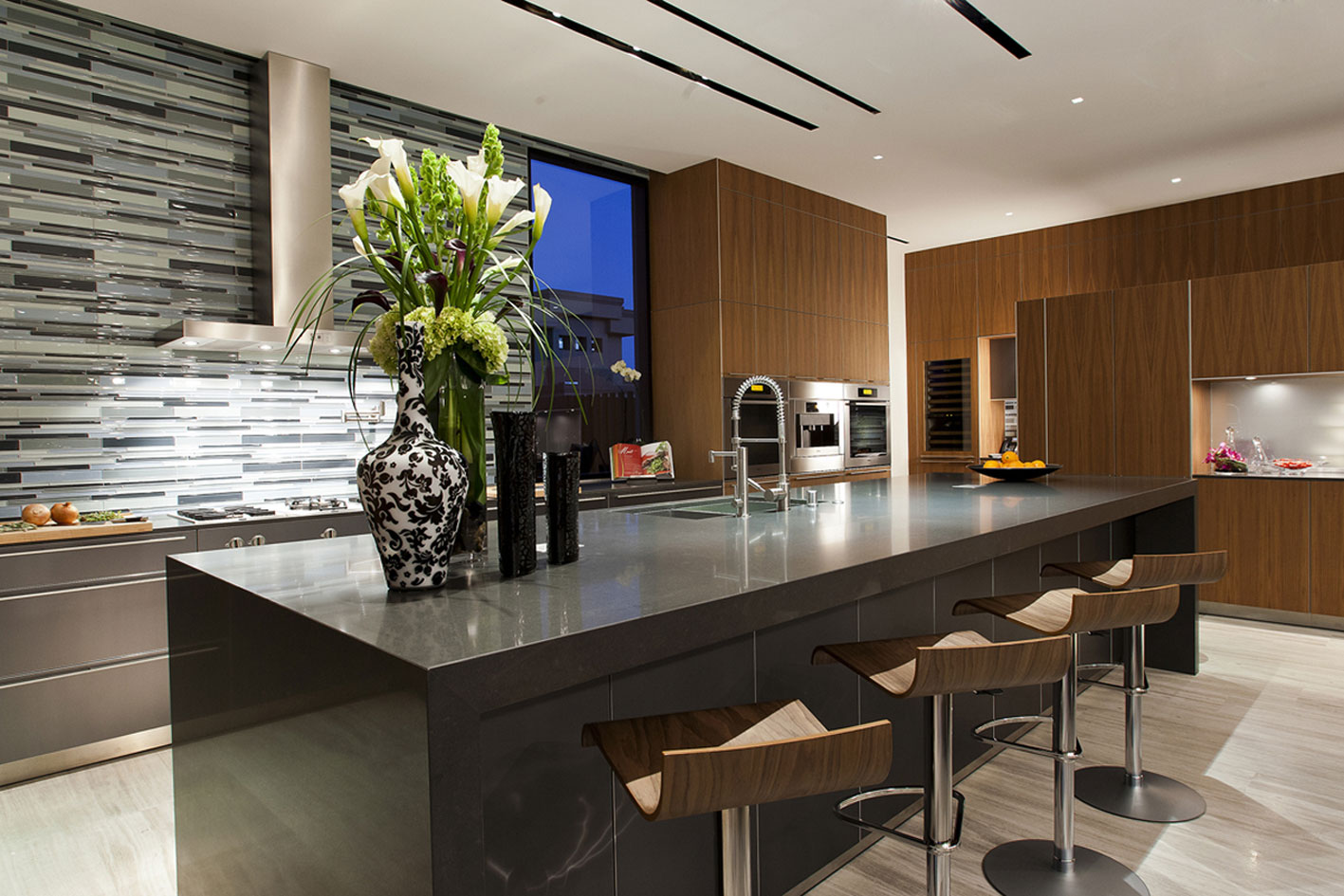 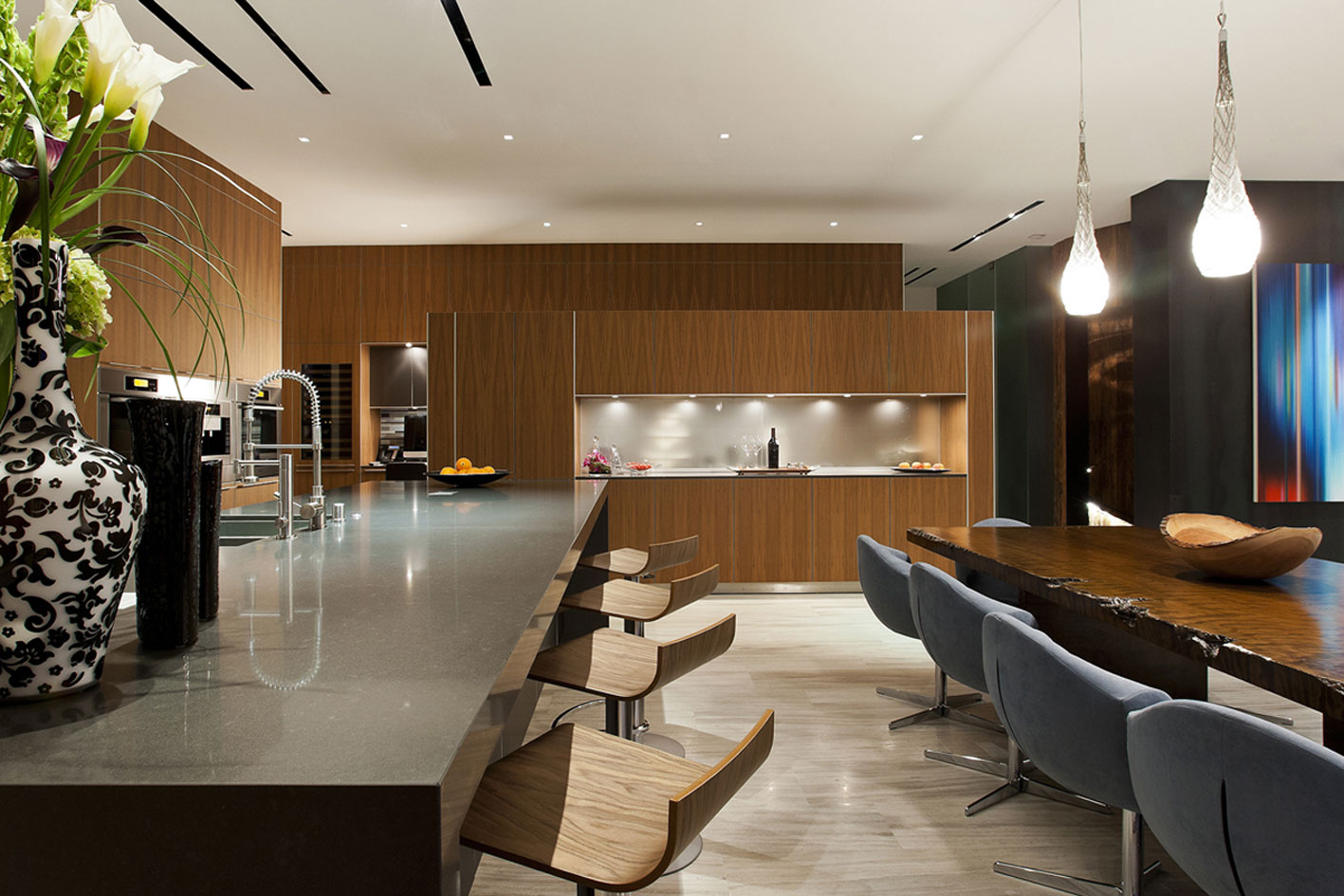 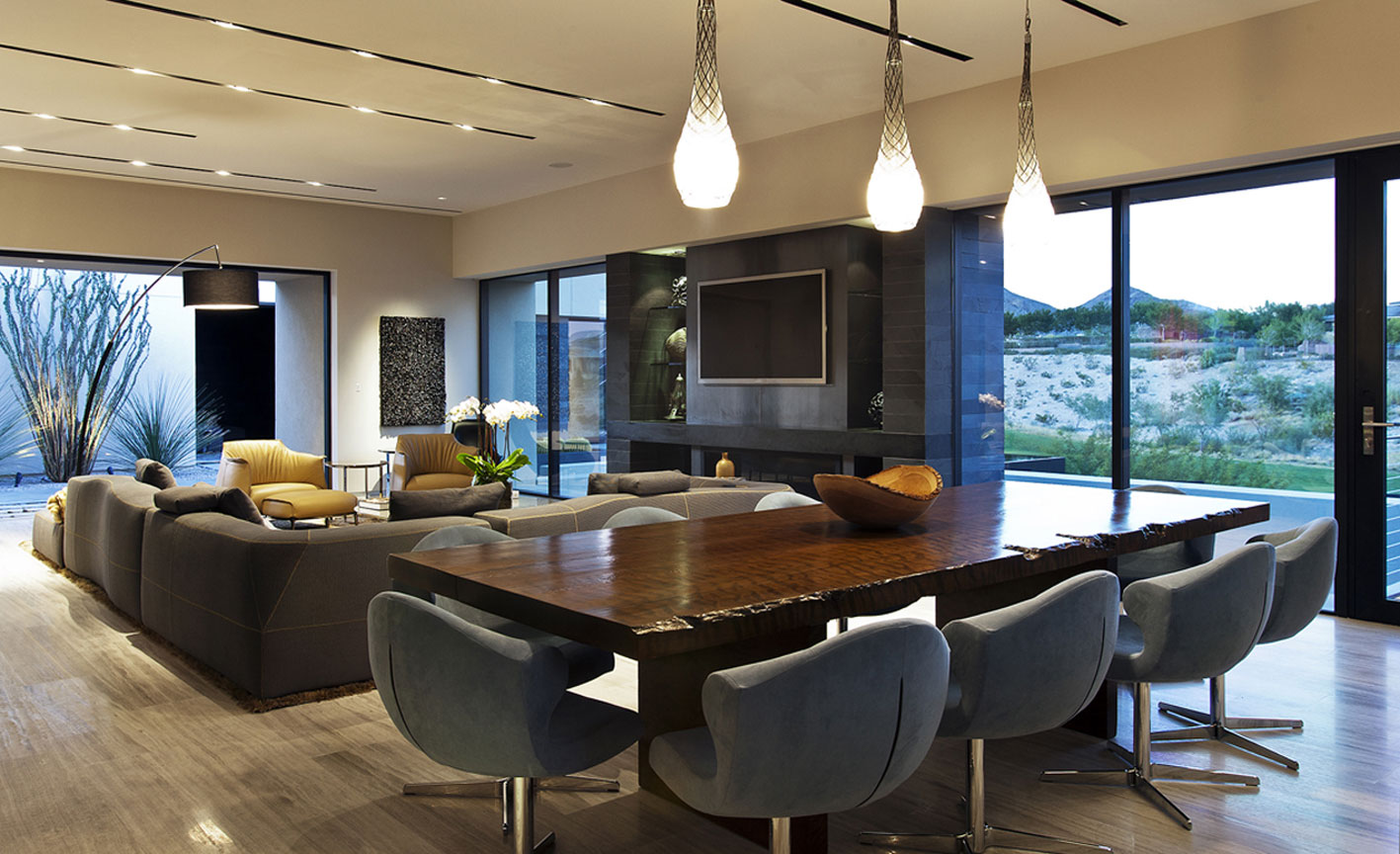 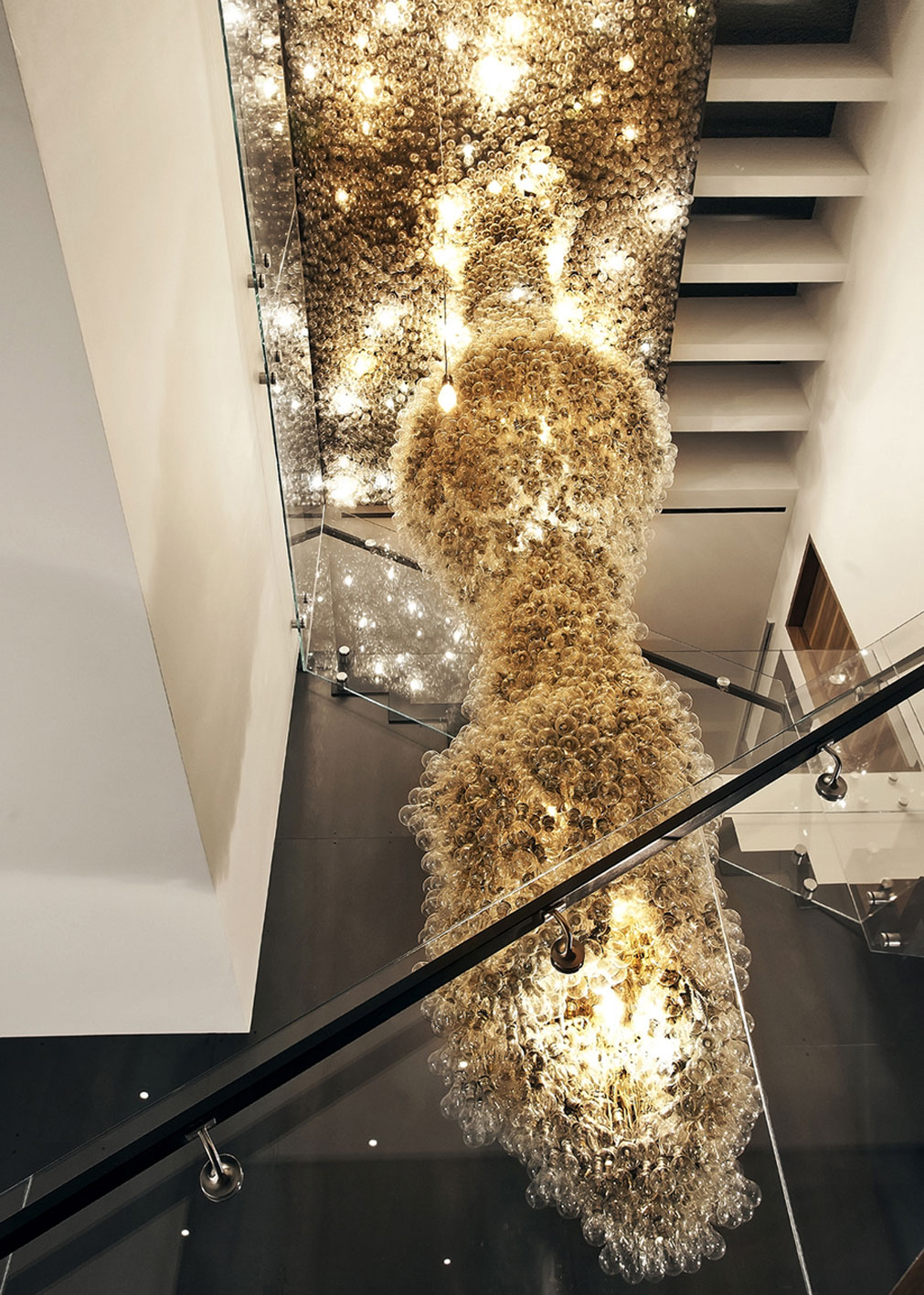 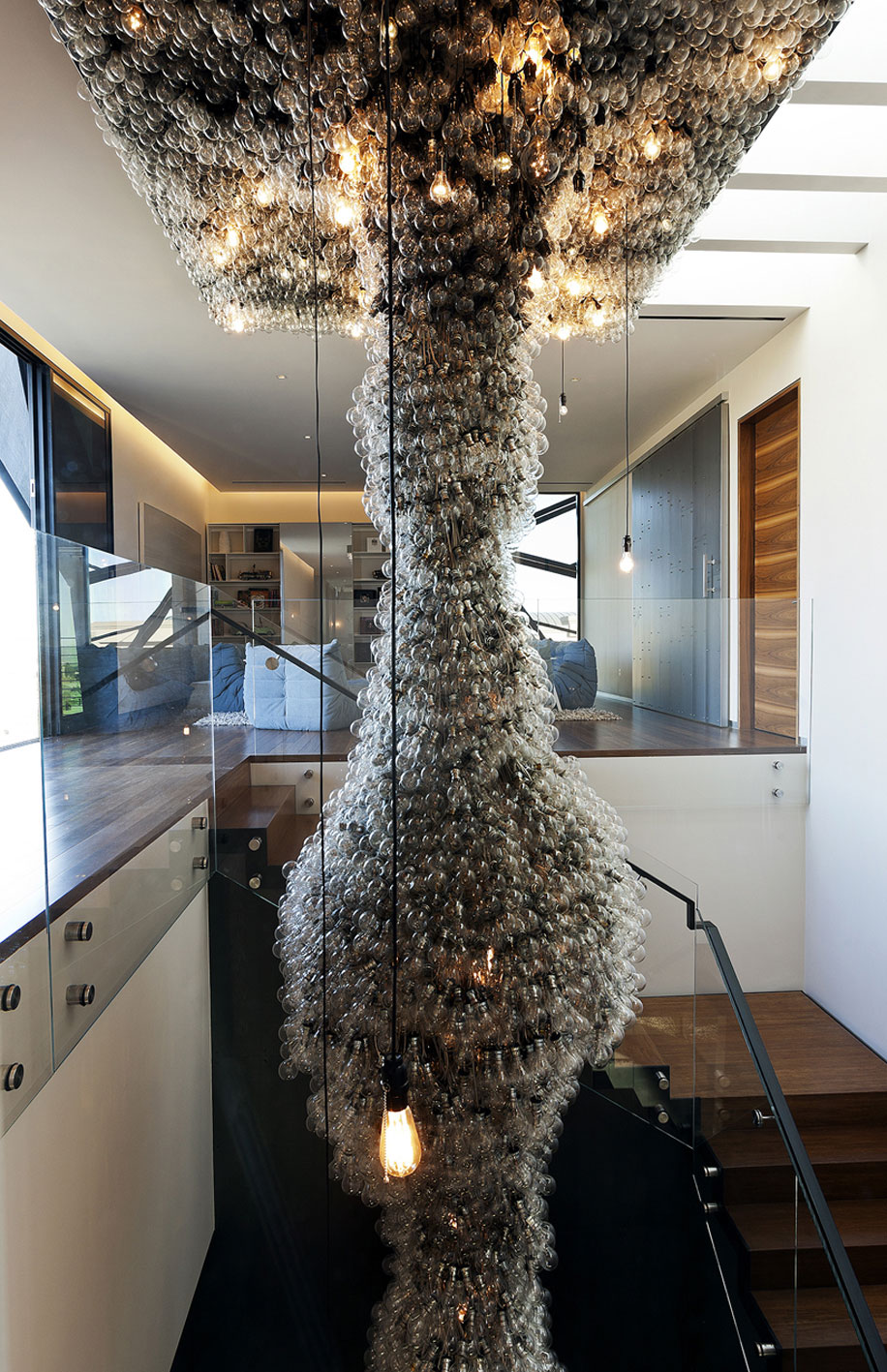 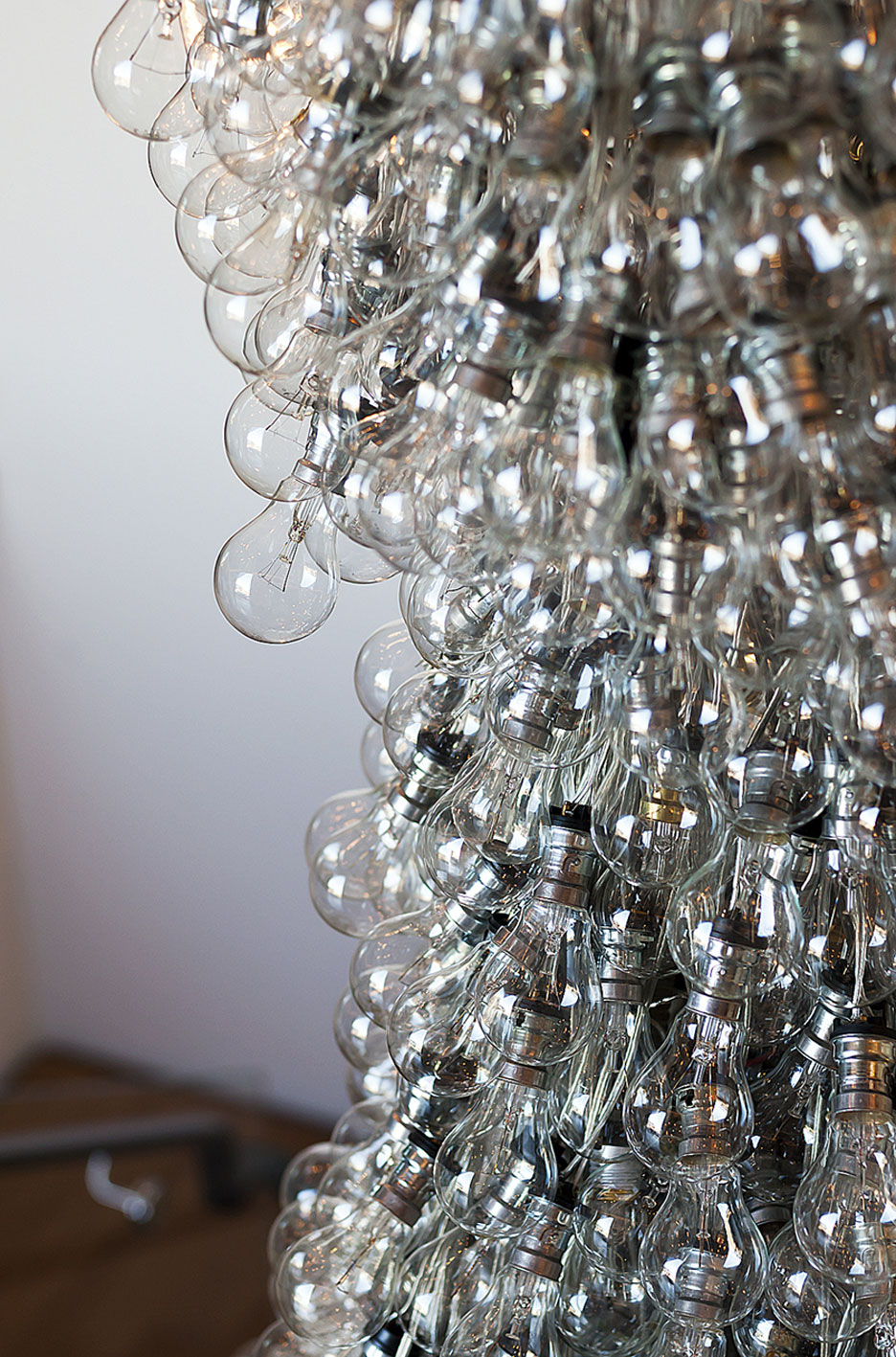 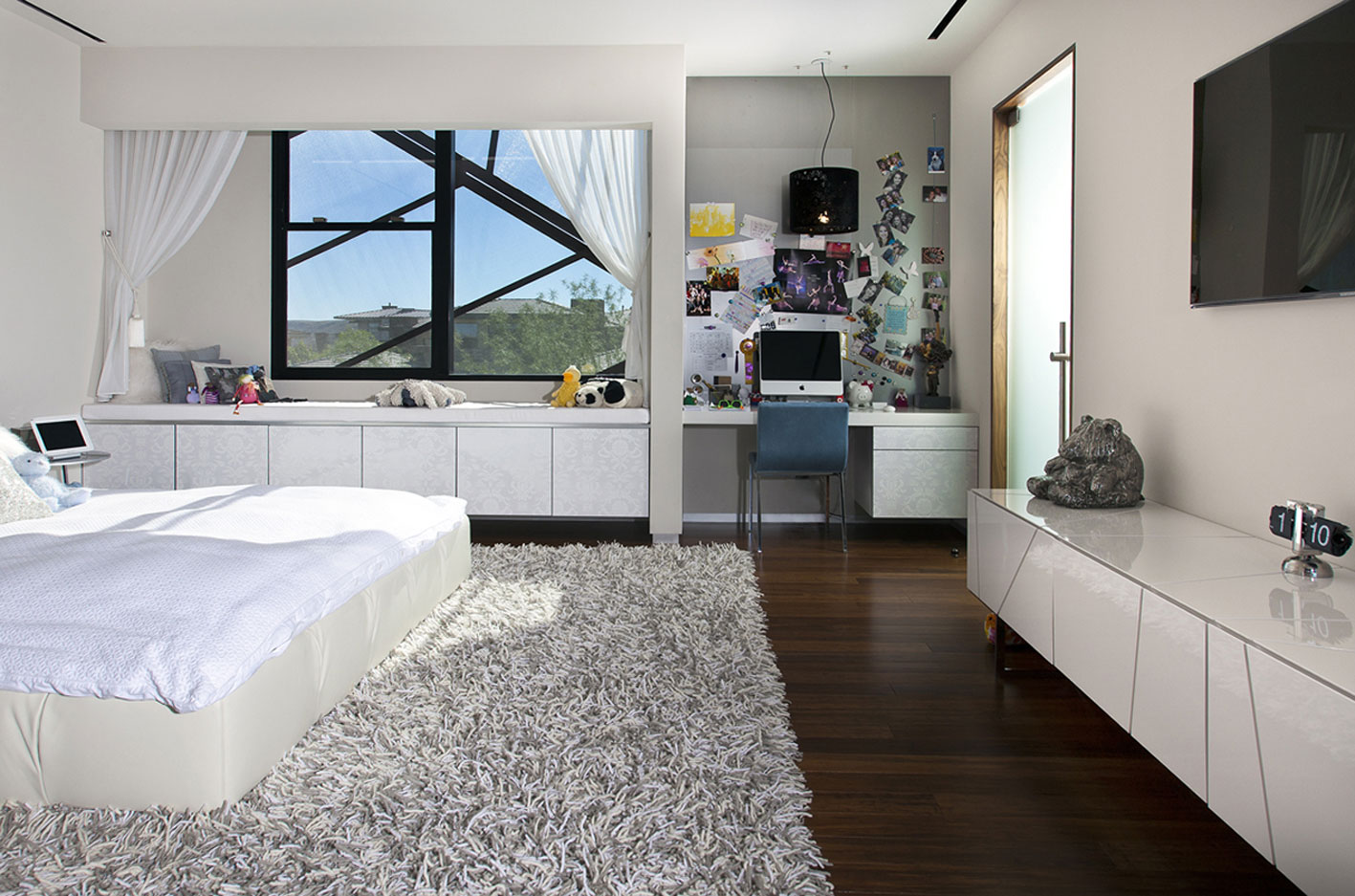 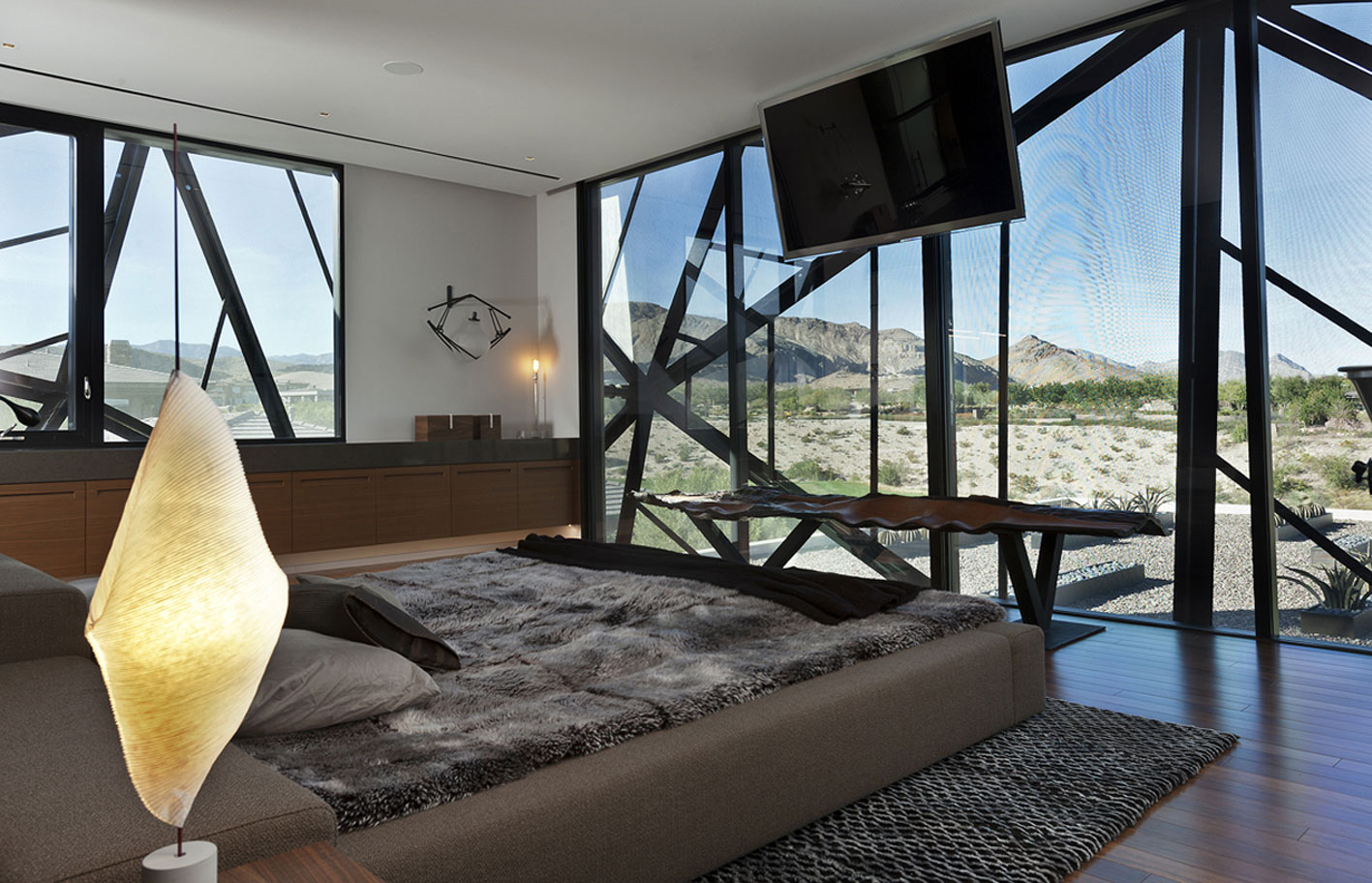 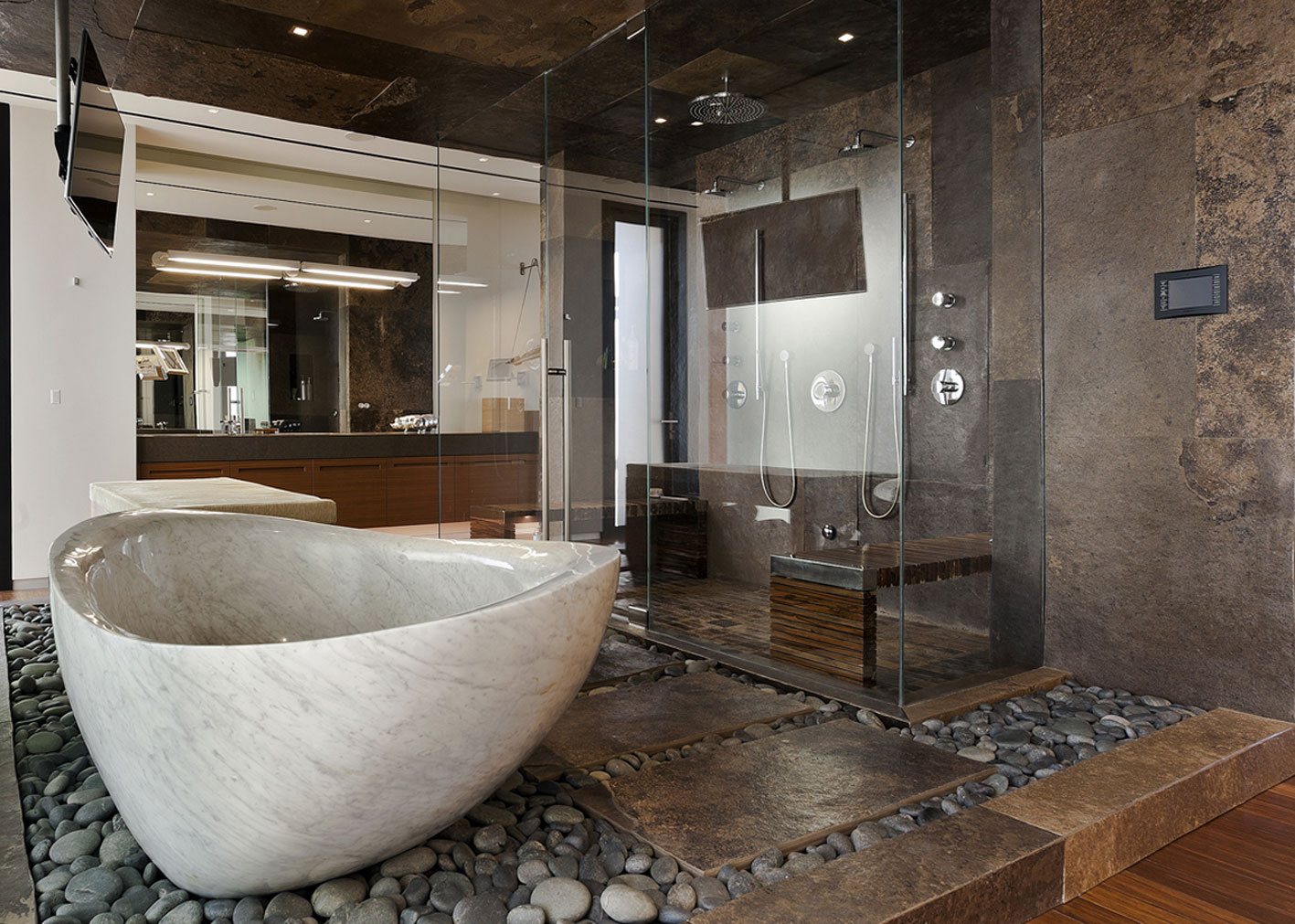 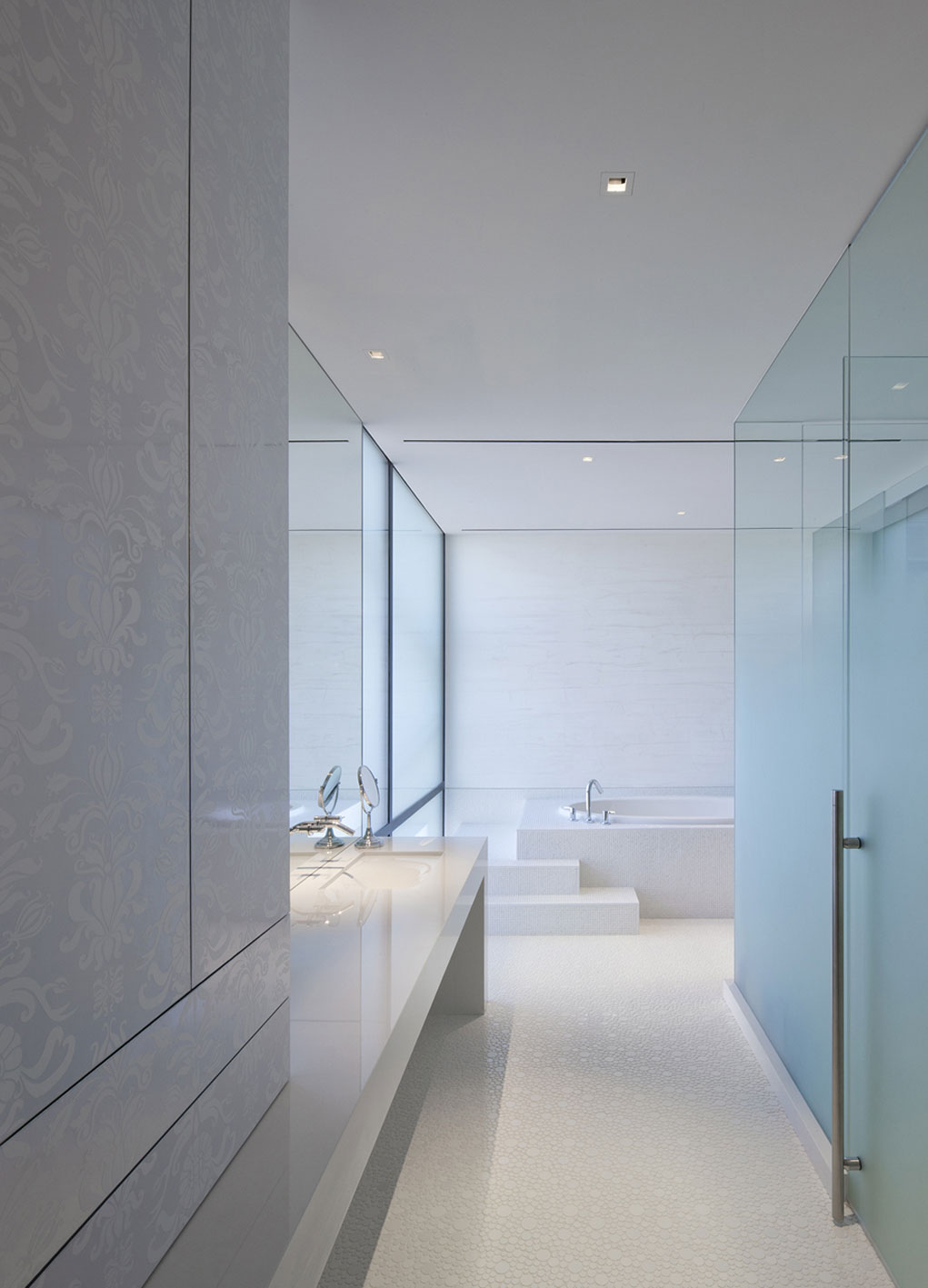 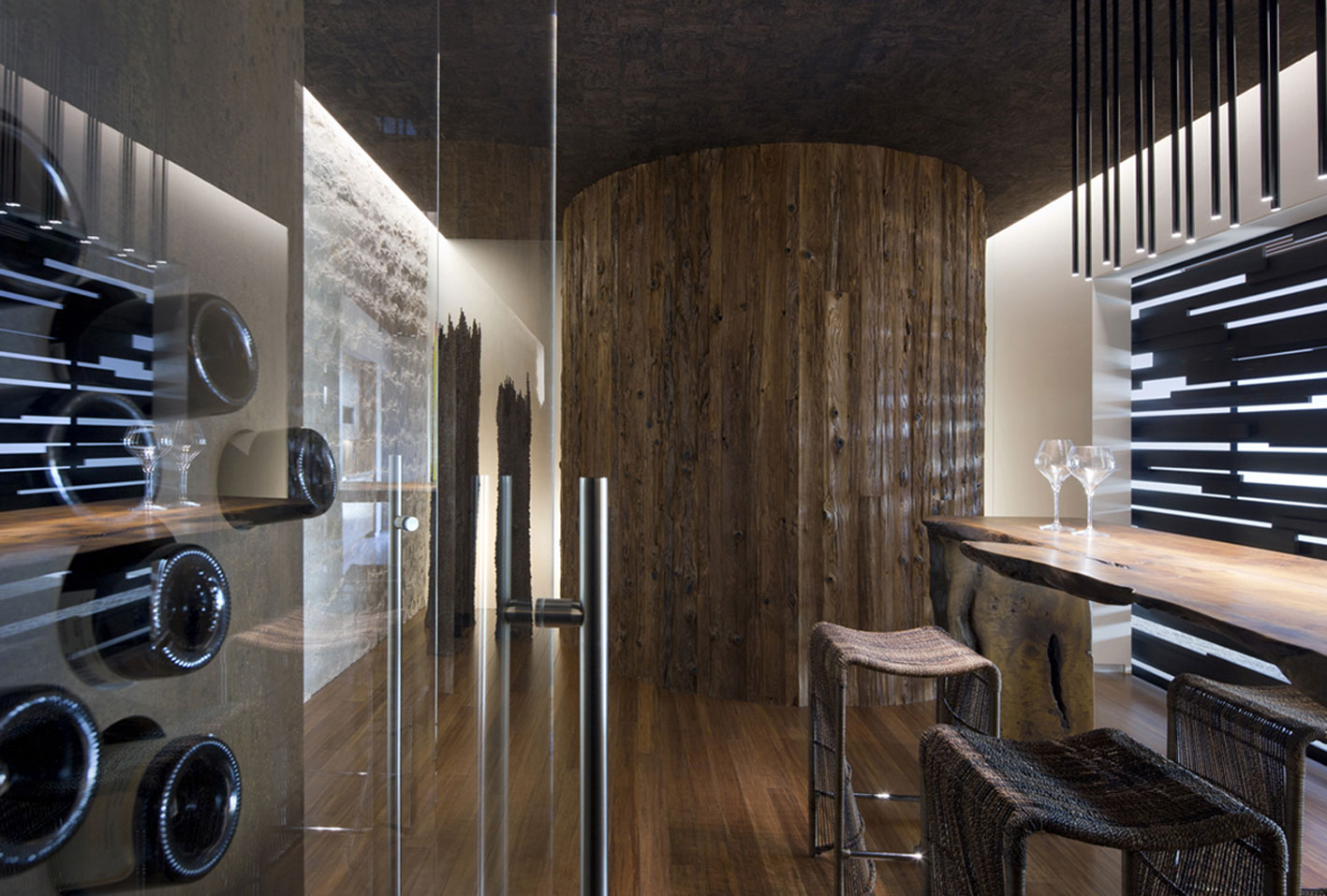 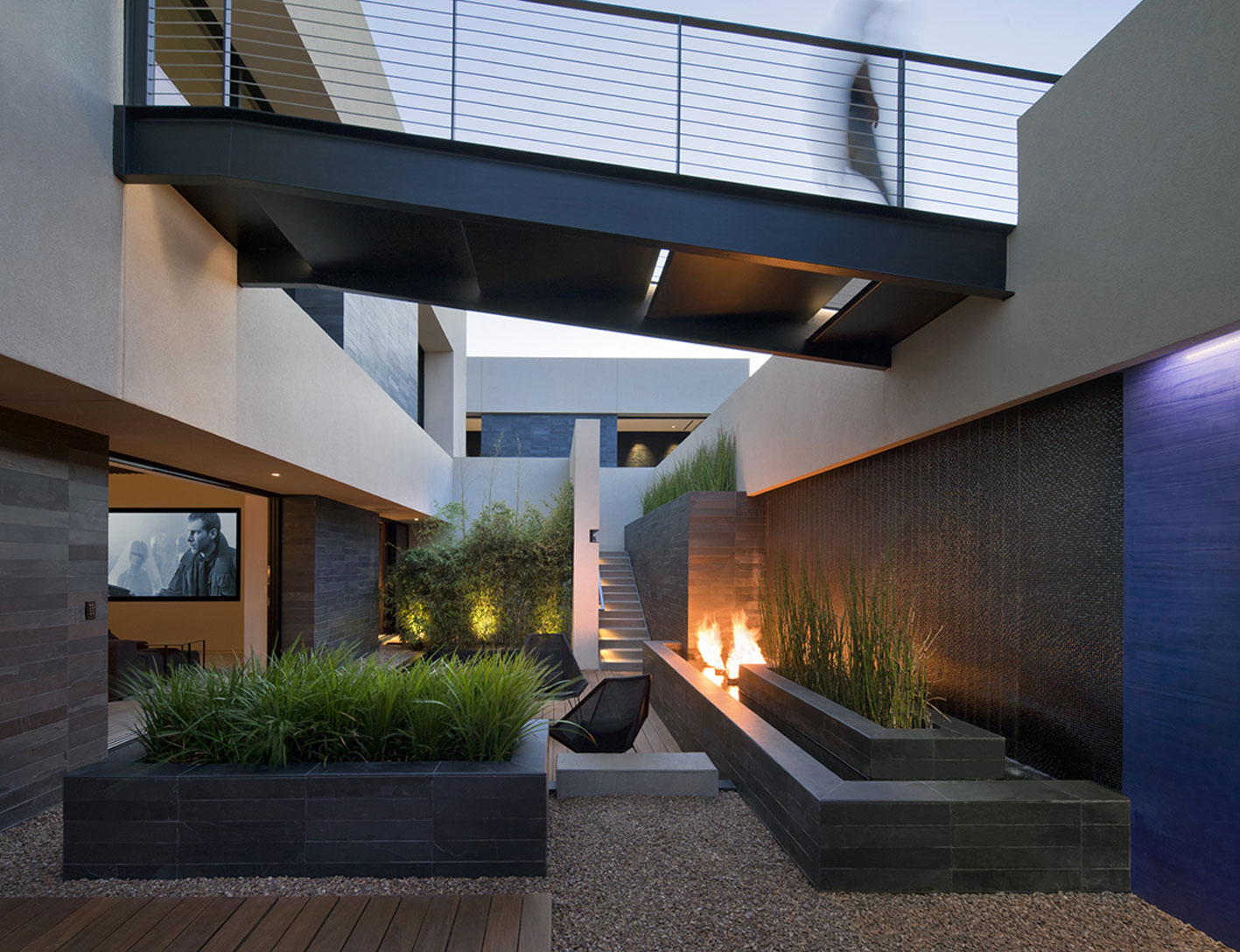 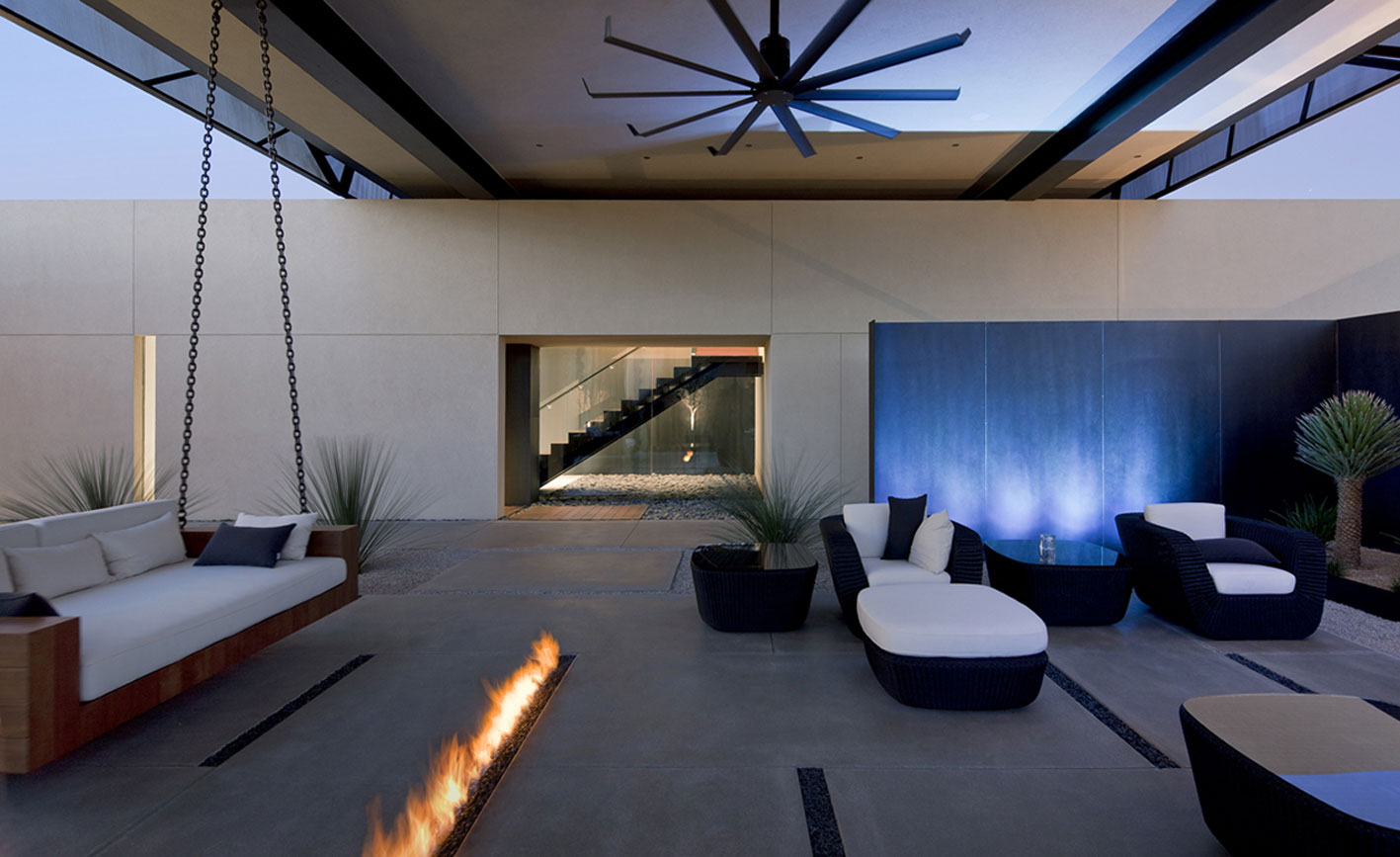 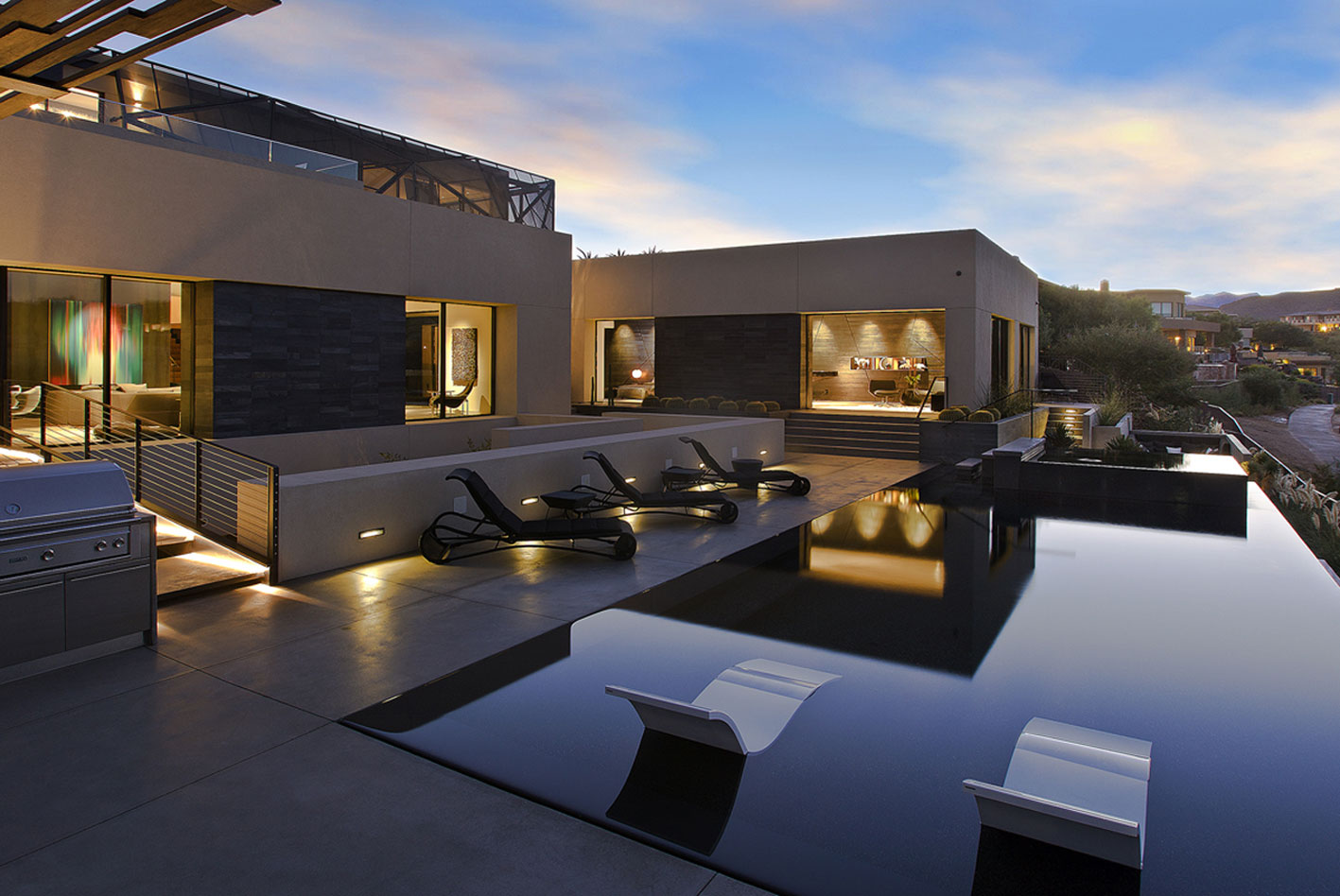 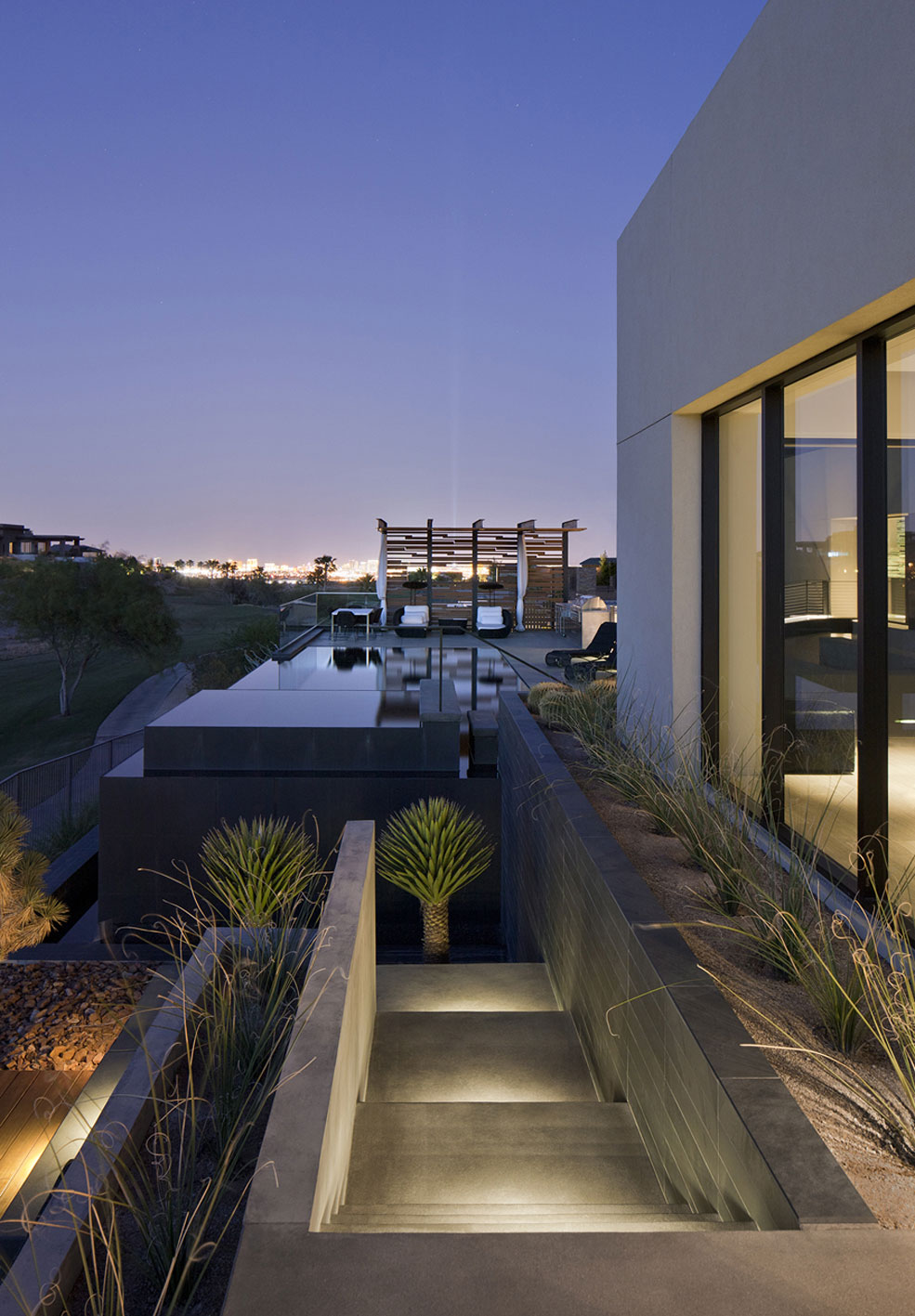 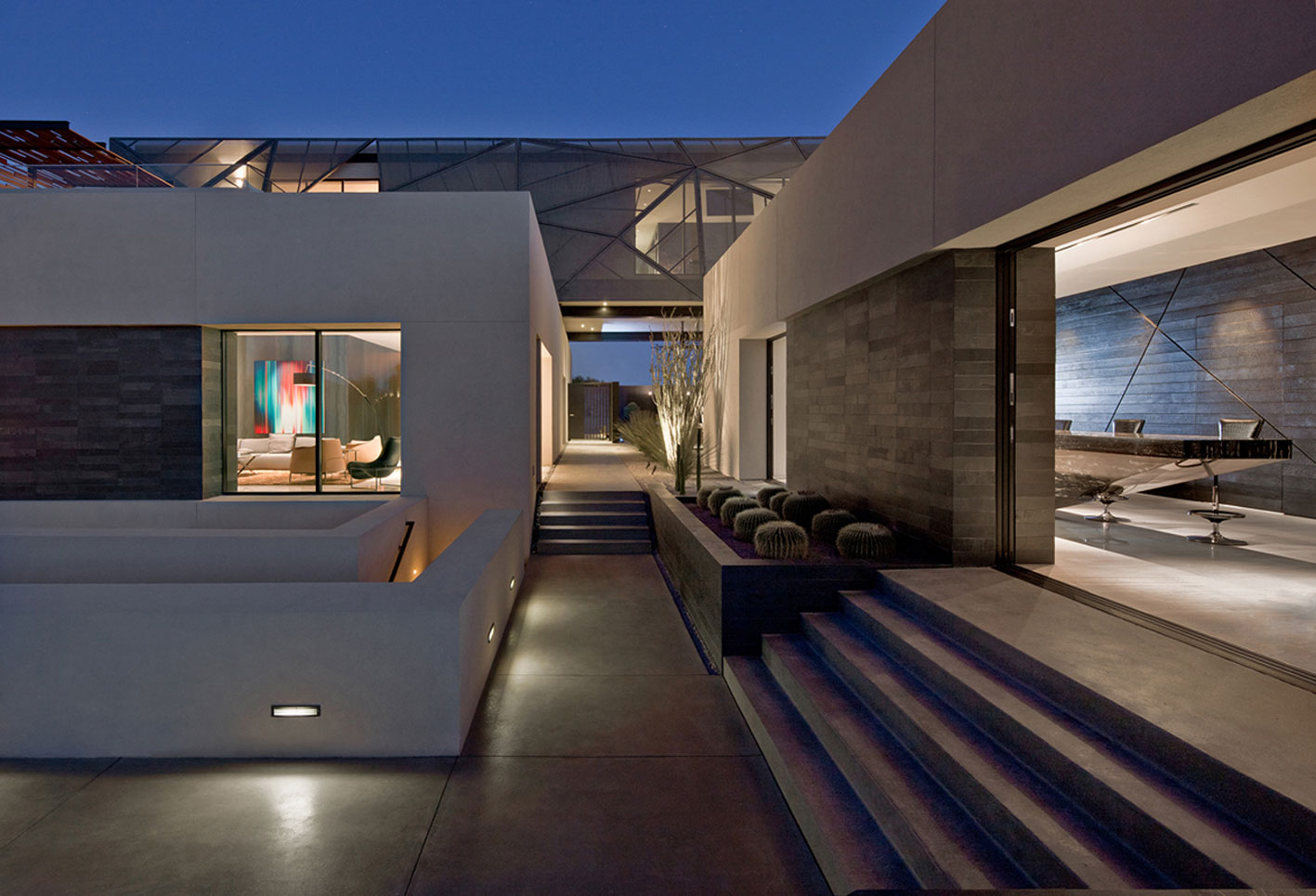 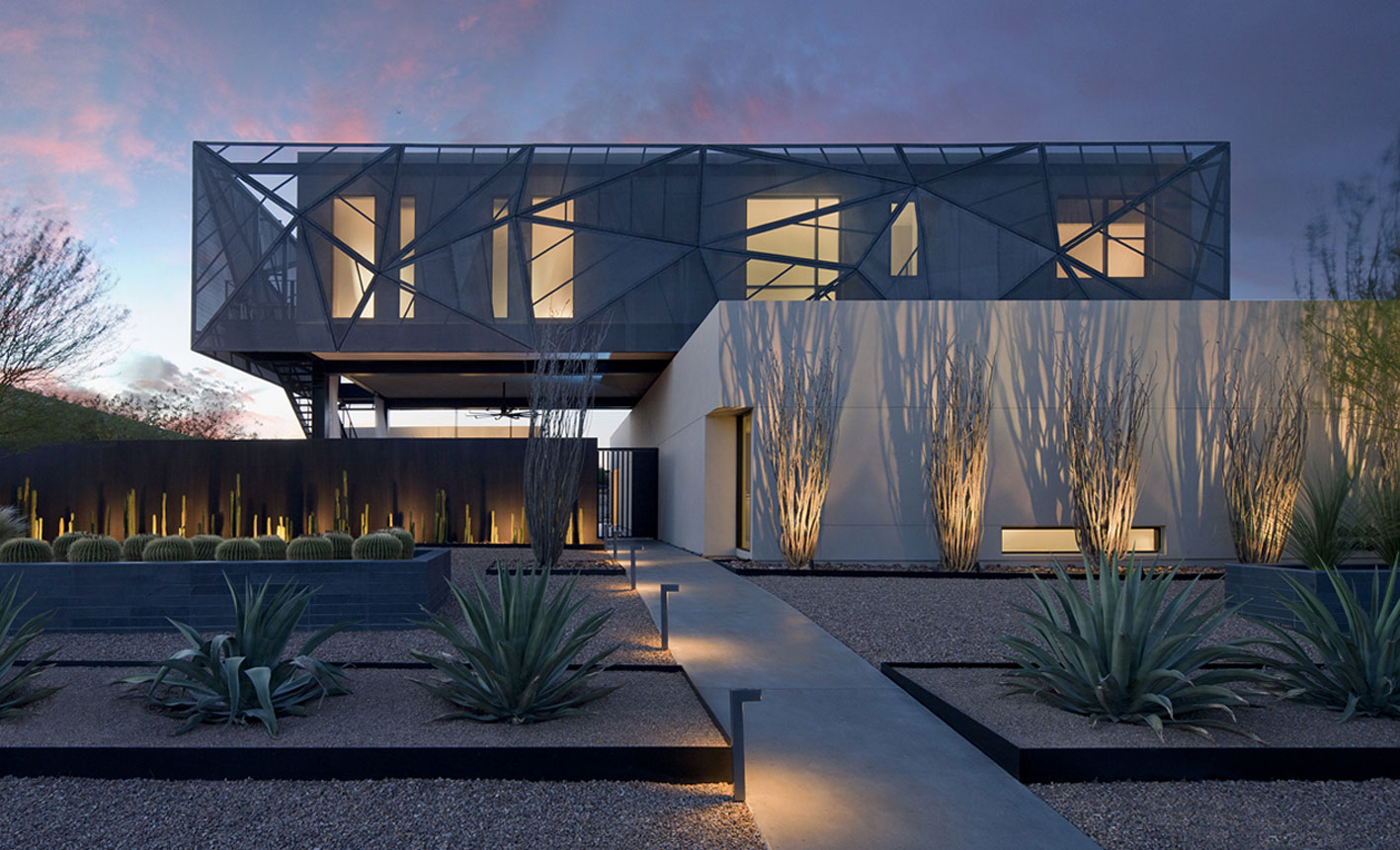 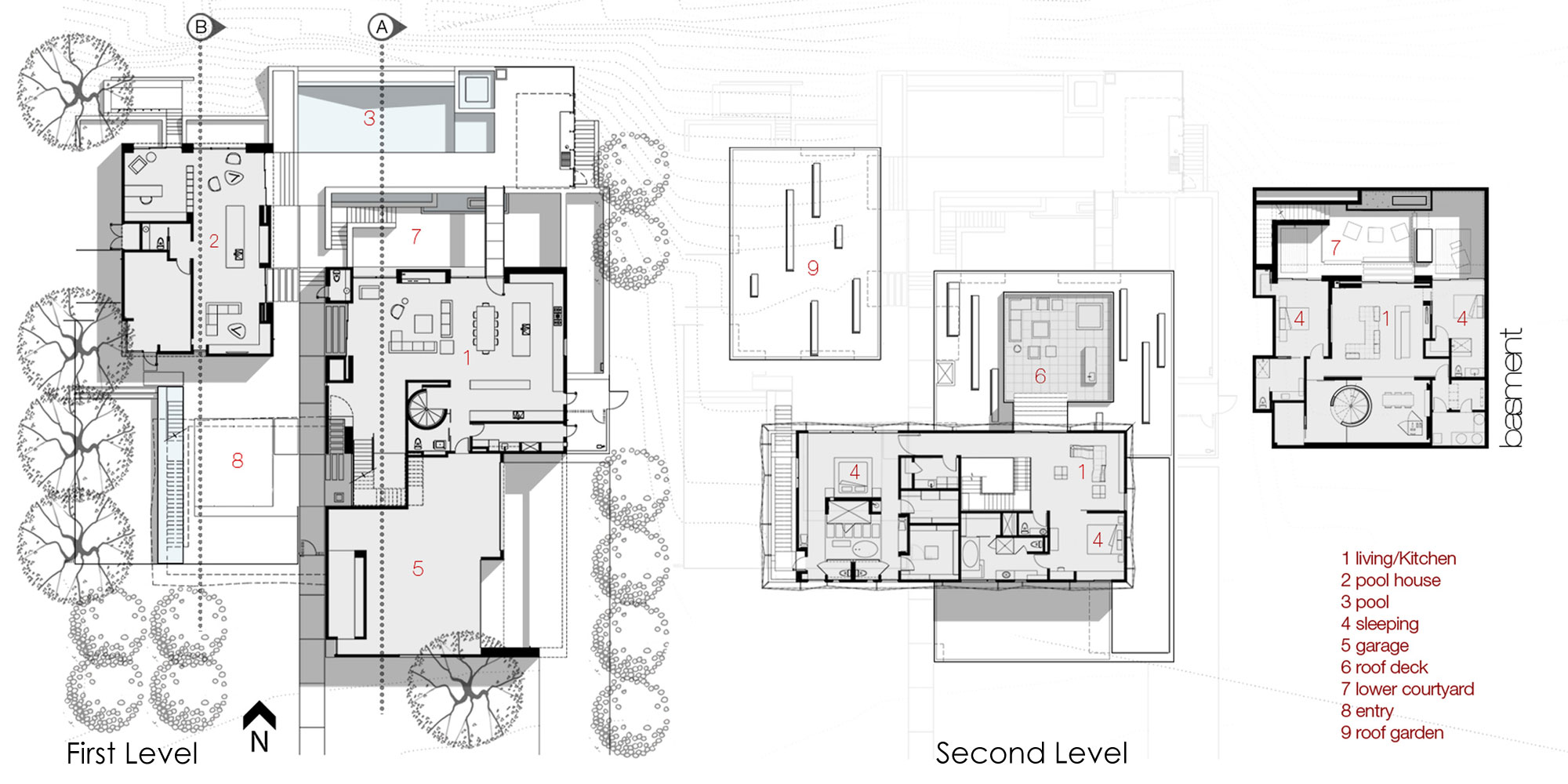 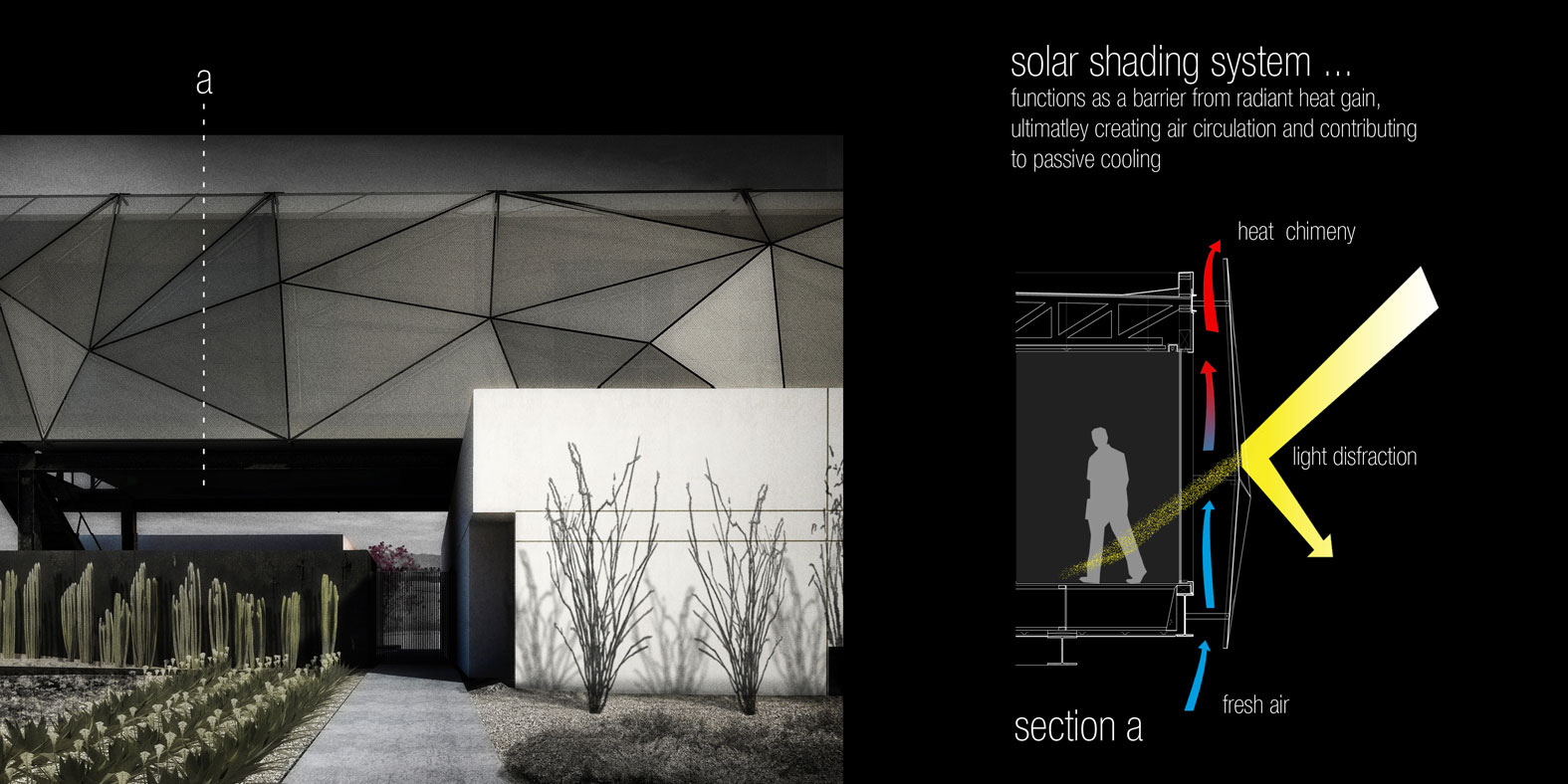 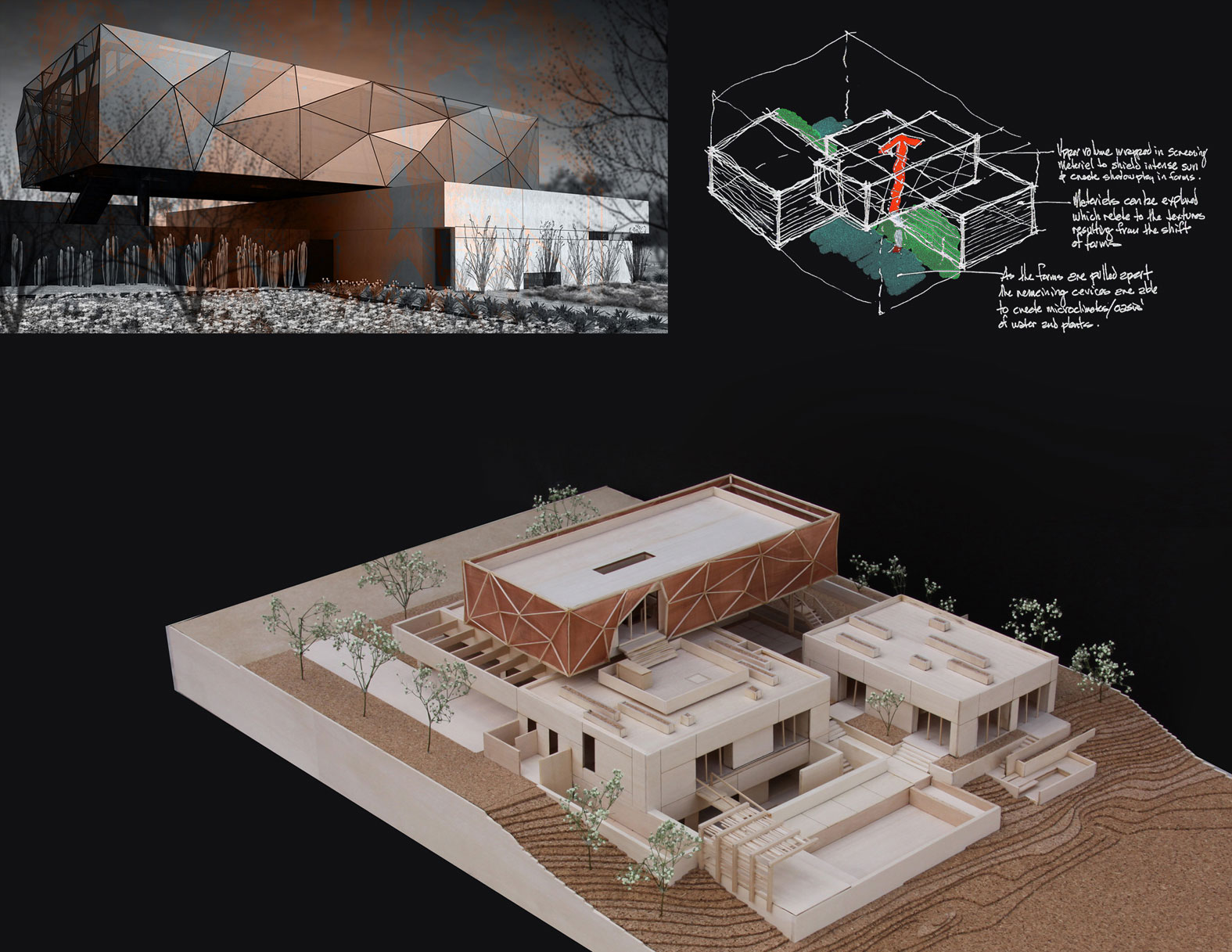 “Nevada is a state of two worlds, one of glitz and glamour on the Las Vegas Strip which seeks to transplant imagery from around the globe to mesmerize the minds of 40 million tourists. While the latter develops its architecture from local materials, whose vernacular represents function over form.

At Tresarca, the materials develop a layering of mass as you move from the basement to the private realm. Each layer is representational of the stratification of the nearby Red Rock Mountains. Change of materials provides the variety of textures associated with the rock formations. Crevices between the masses form an oasis where landscape and water cool the space. The mesh screen provides both a protection from the harsh sun on the interior spaces and a play of shadows among the forms.

Blurring of the line between inside and out has been established throughout this home. Space is not determined by the enclosure but through the idea of space extending past perceived barriers into an expanded form of living indoors and out. Even in this harsh environment, one is able to enjoy this concept through the development of exterior courts which are designed to shade and protect. Reminiscent of the crevices found in our rock formations where one often finds an oasis of life in this environment.”