The 30 Most Beautiful Small Towns In The World. #2 Is An Amazing Secret!

by Architect K.A.
Reading Time: 11 mins read
0 0
A A
228
SHARES
191
VIEWS
Share on FacebookShare on TwitterPin to Pinterest
Somewhere between the city and the wilds of nature you’ll find picturesque little towns that seem to fade right into the landscape. These are my favorite small towns–the ones where people and places seem to get along just perfectly. 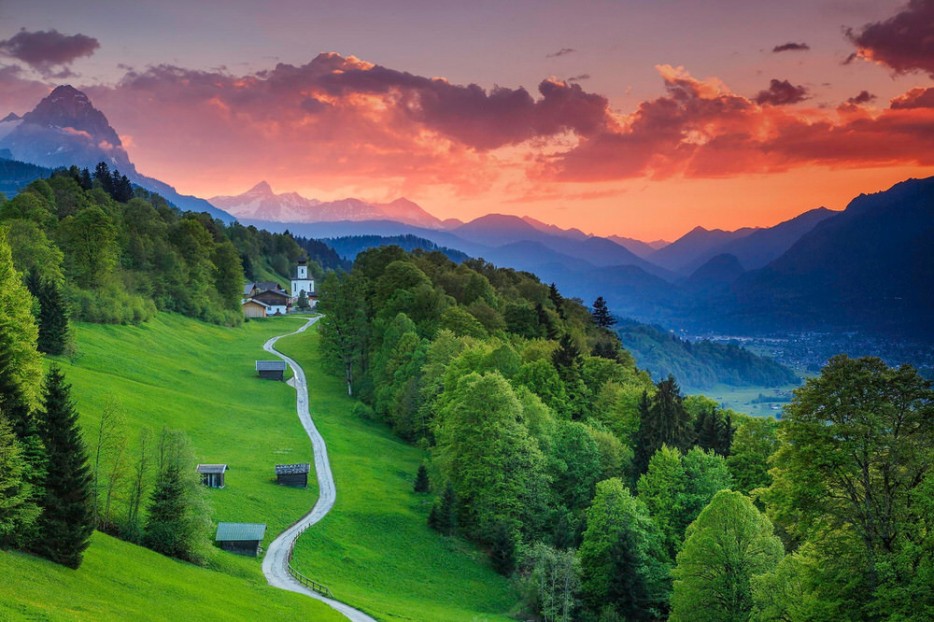 Garmisch-Partenkirchen is an enchanting town in the heights of the Zugspitze mountain, the tallest in Germany at a height of nearly 3,000 meters. The town was originally two separate settlements, one Roman and the other Teutonic. In anticipation of the 1936 Winter Olympics, the two towns were forced to combine.

2 | Village in the Himalayas, Tibet 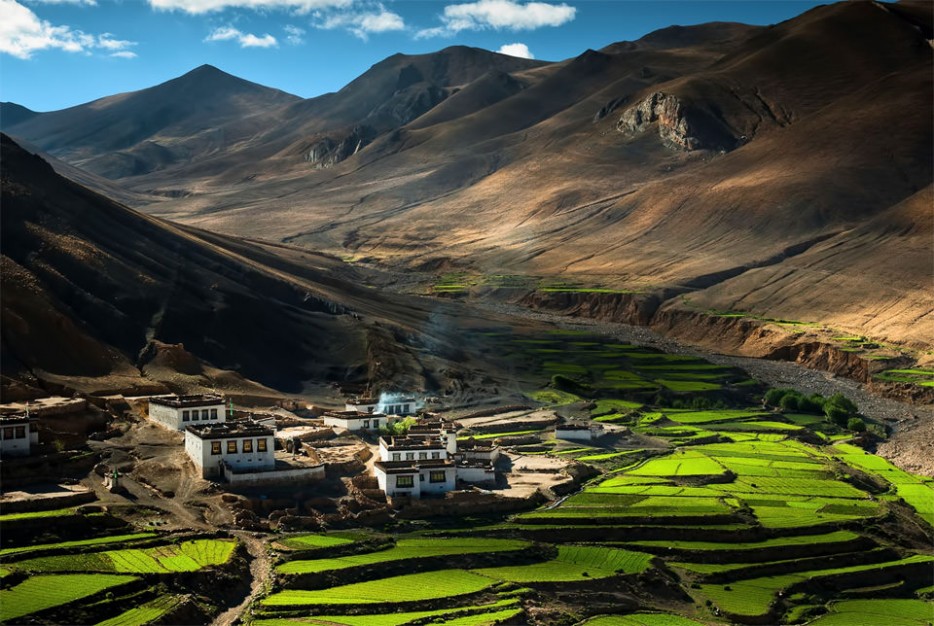 This one of many towns built to support monasteries hidden in the Himalaya mountains that are only accessible by foot or horse. 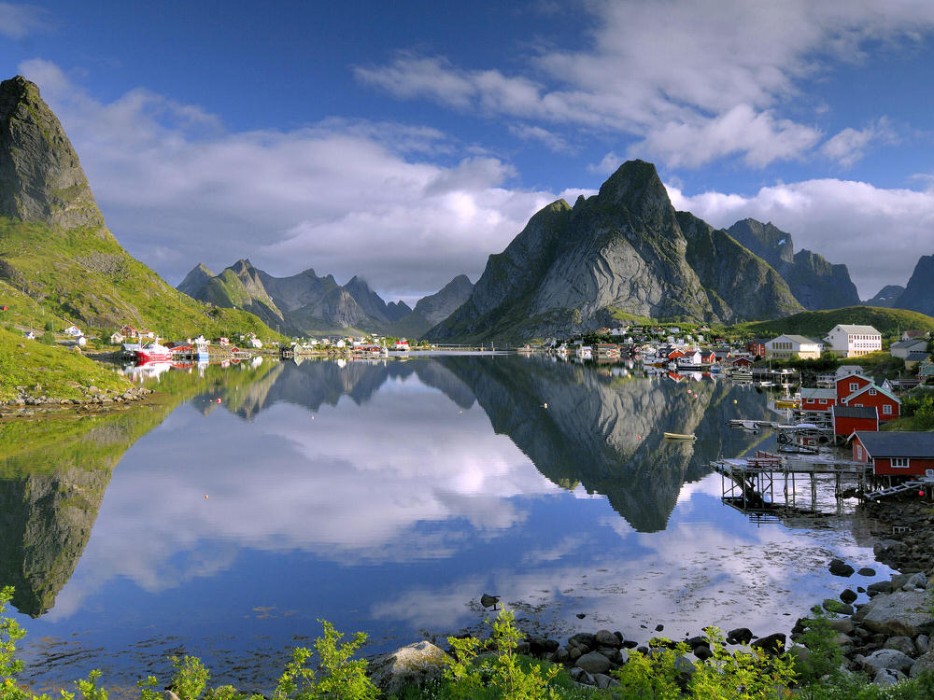 Reine is a quaint fishing village that can be found on the beautiful arctic island of Moskenesøya. The port has a population of only 329, but was rightfully voted the most beautiful village in all of Norway. 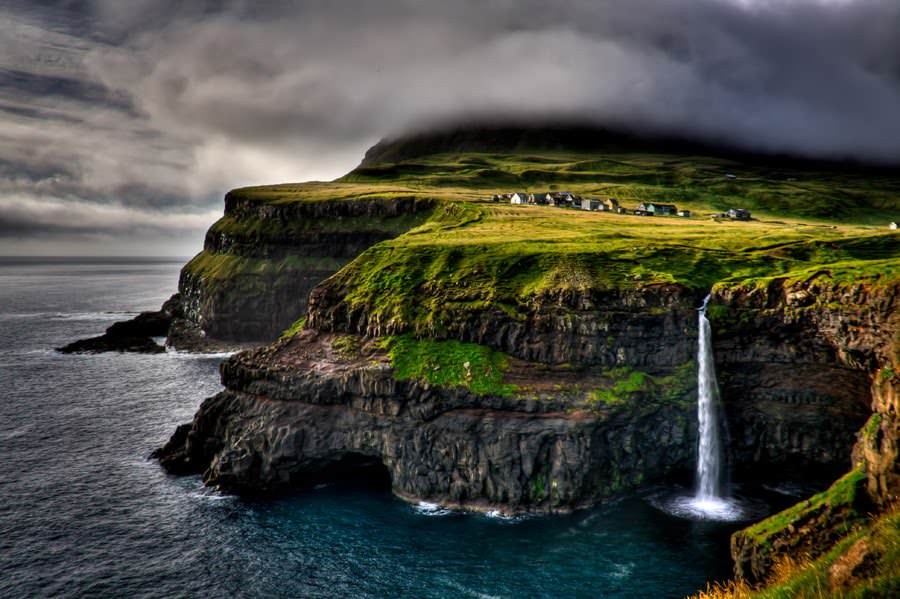 The Faroes are an easily missed but mystifying chain of islands north of Scotland. For many years, the islands were difficult to access, with sheer cliffs rising from the beaches and a single staircase built during the British occupation of the islands in World War II. The undeniably lucky 18 people that live in the village are nestled between two 2,300 foot tall mountains. 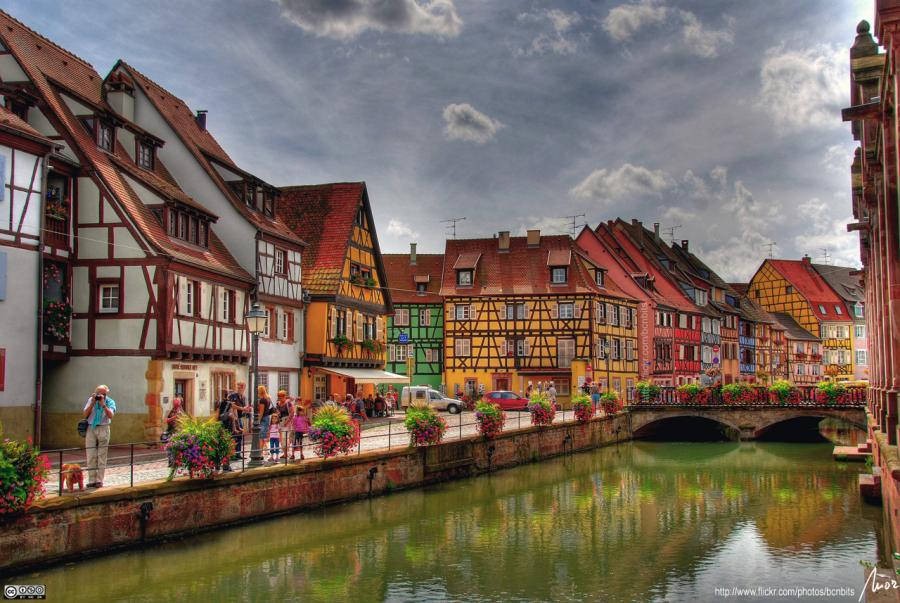 Colmar is considered the capital of wine from the Alsatian district, known for its exquisite aromas. The town was first founded in the 1200s, during the height of the Holy Roman Empire, which ruled much of Europe. Since then, the town has earned the nickname “Little Venice” because of the waterways that twist through the Medieval streets. wikipedia.org 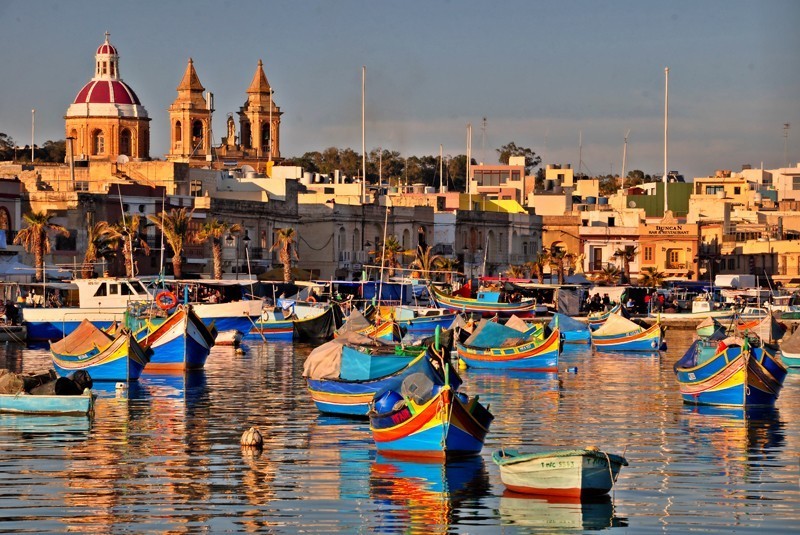 It was in 900 BC that the Phoenicians landed on Malta and set up the vibrant trading port of Marsaxlokk. Now, the town is the main supplier of fish to the island nation and is well known for its enormous markets stocked with a vast array of magnificent fish. 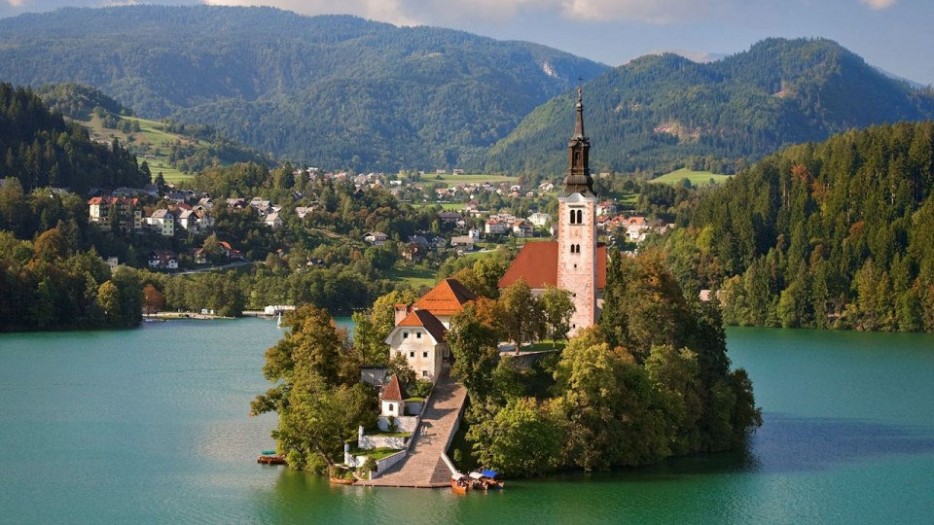 Sheltered by picturesque mountains, Bled was founded in 1004 and considered so beautiful by the Holy Roman Emperor that it was gifted to the Bishop of Brixen. The castle at Bled sits in the center of the enchanting Lake Bled which borders the town. The town of 5,000 is now notable for having some of the most beautiful health spas in the area. slovenia.info 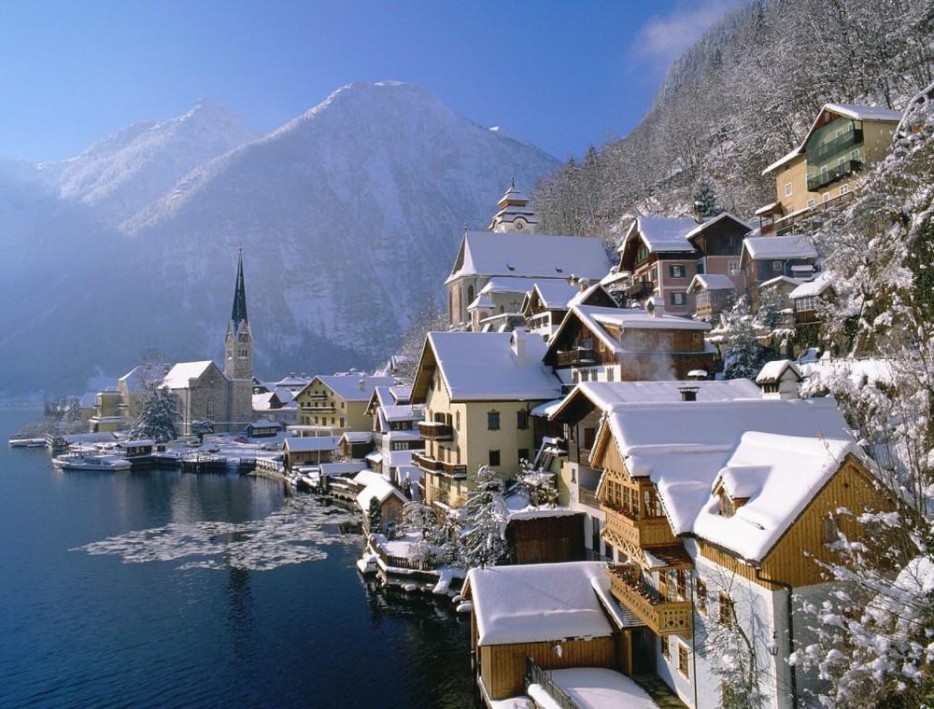 Hallstatt, one of Austria’s oldest settlements, was originally founded in 5000 BC to exploit the vast salt reserves in the breathtaking mountains that surround the town. So much salt was produced by the town that in the 1300s, miners made the first industrial pipeline from 13,000 hollowed out trees. To this day, the day still mines salt, but is also considered a treasure trove of human history and one of the most beautiful towns in Austria. archive.org 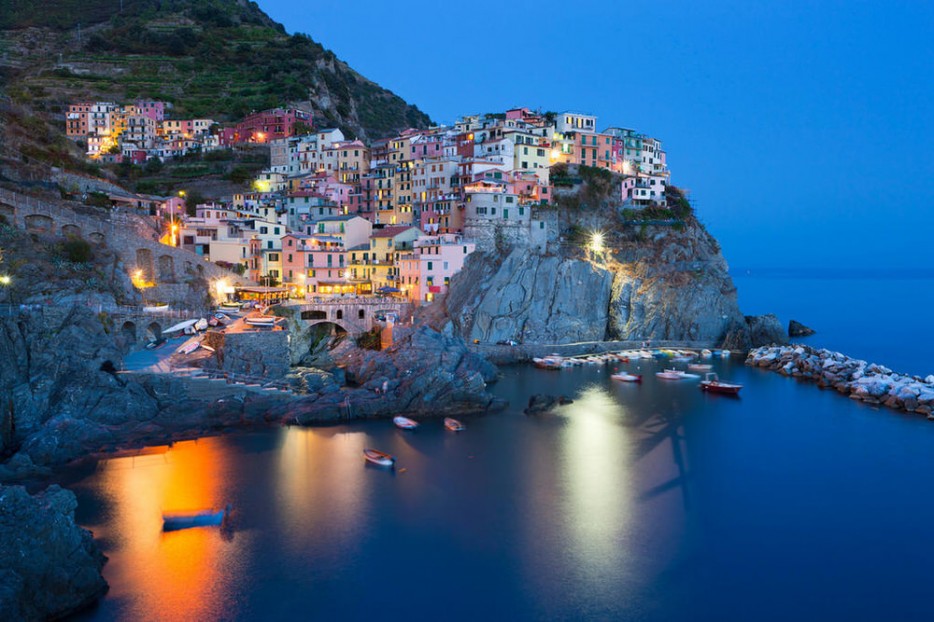 Manarola is a charming rainbow of brightly colored houses carved into an impenetrable wall of stone. The church dates back to 1338, making this town one of the oldest in the region, most likely being built for its strong natural defenses. Now, the town is more famous for its delightful wine and the paintings of Antonio Discovolos, who adored the town. wikipedia.org 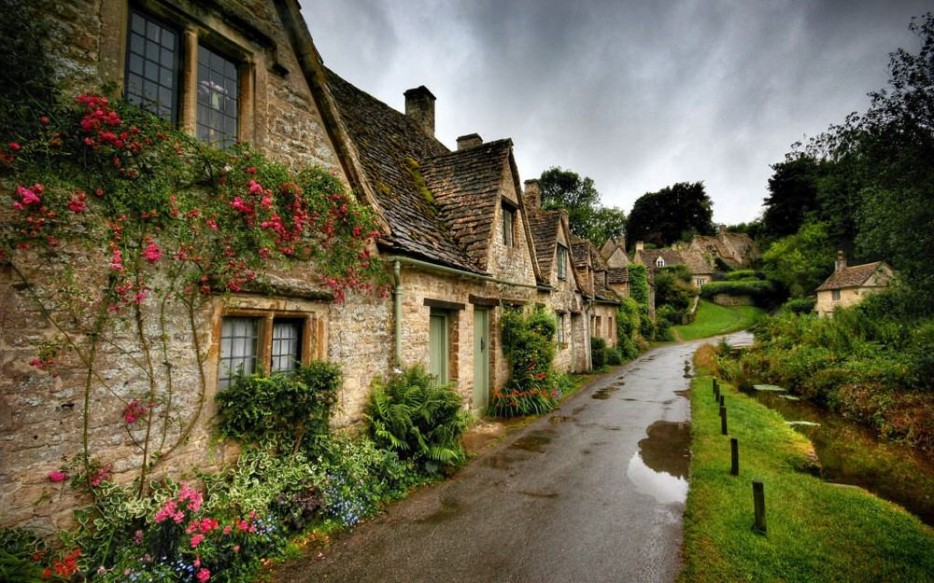 Bibury is often referred to as the most beautiful town in England, and for good reason. The town was first mentioned in the Domesday Book of 1086 and has thankfully been trapped in the past ever since. Most of the town is still as it was hundreds of years ago and the River Coin still dominates the main street. wikipedia.org 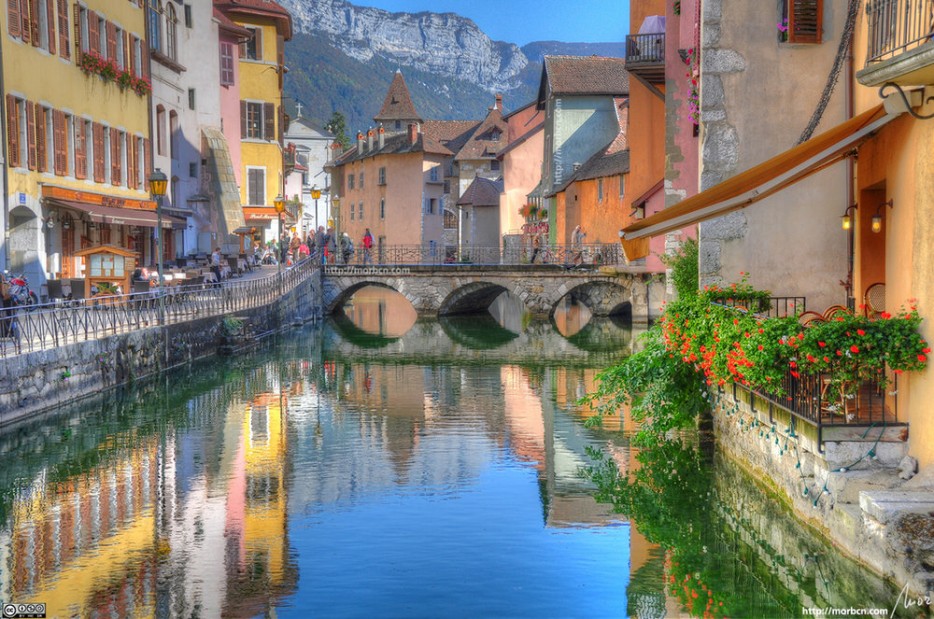 Annecy is arguably even more picturesque than the French Alps that surround the town. Built around a 14th century chateau, the town is dissected by small canals and streams which run out the beautifully blue Lac Annecy. 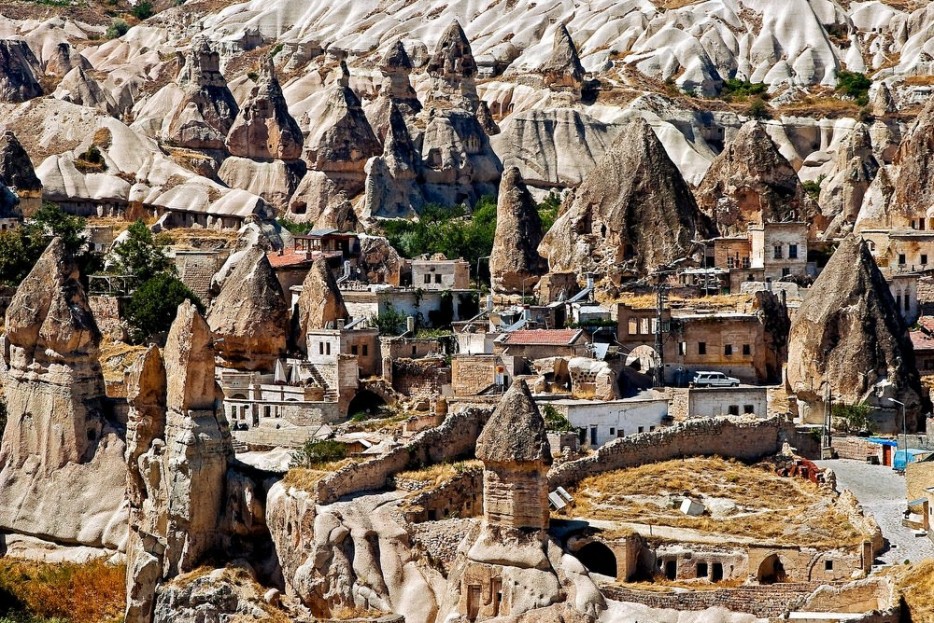 Göreme was first built during the Roman era, amongst the exquisite rock formations that dominate the area. The hard natural rock served as foundations and fortifications for those that built the town, and to this day, much of the ancient architecture still stands. Many churches were carved directly into the rocks themselves. wikipedia.org 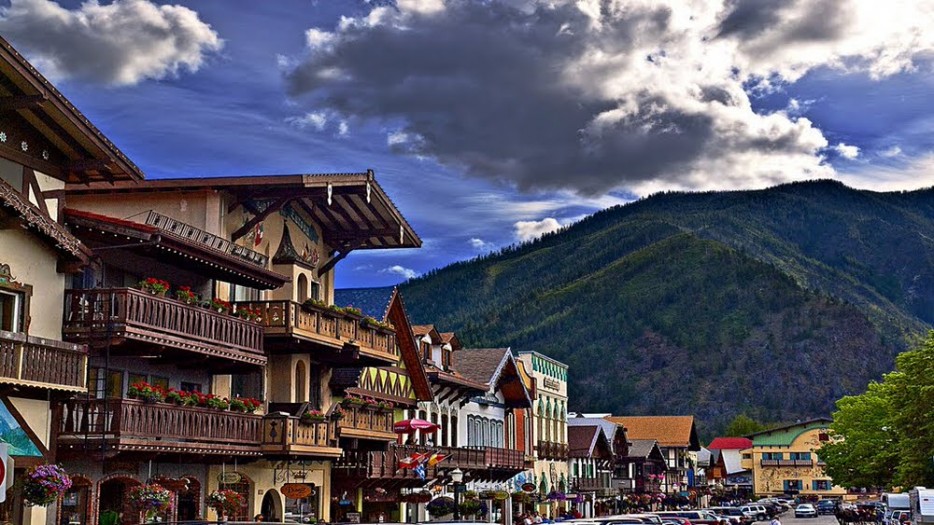 Yes, Leavenworth is in the United States and not Central Europe. But, you wouldn’t be shamed for thinking so, as the town is actually modeled on a Bavarian village. The town was originally a small lumber community built in 1906, but struggled economically. In 1962, a local committee had the idea to completely transform the town into what it is today, saving the community from certain doom through tourism.wikipedia.org 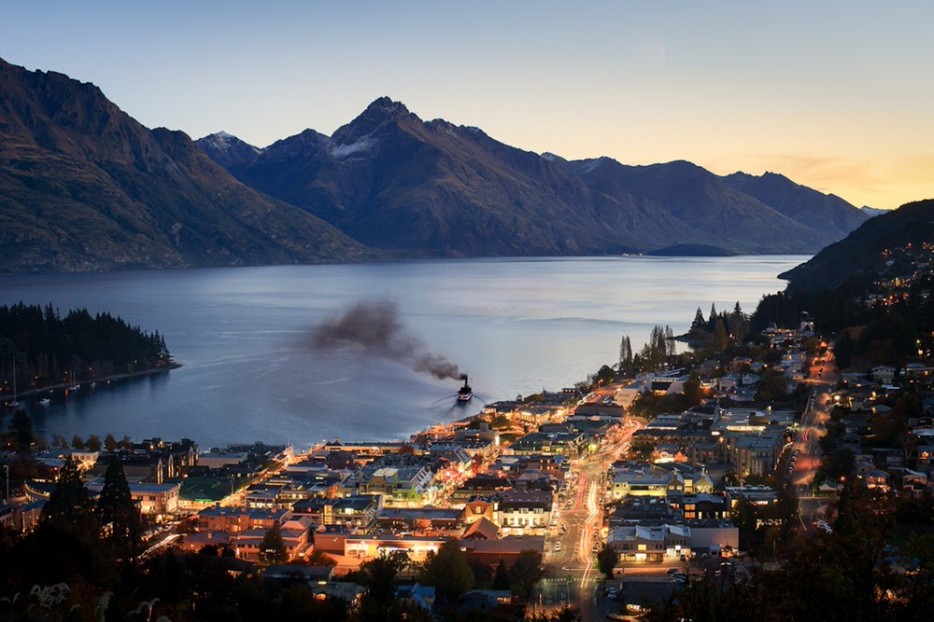 Queenstown is built around the beautiful Lake Wakatipu, which has spectacular views of surrounding mountains including Walter Peak and The Remarkables. European explorers William Gilbert Rees and Nicholas von Tunzelmann were the first to inhabit the wild habitat that they found in 1860 and after the discovery of gold, the town boomed. wikipedia.org 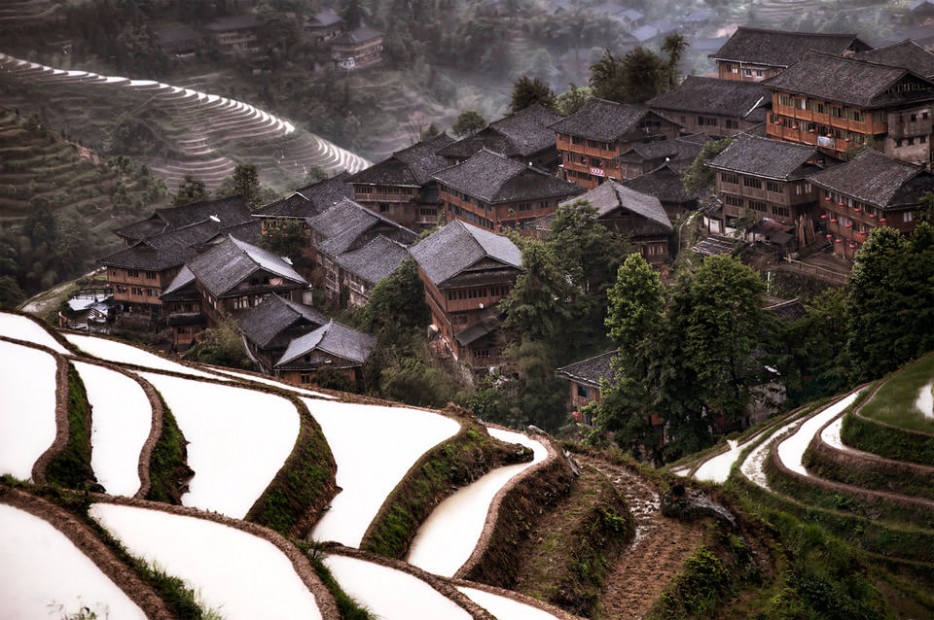 Not much is known about these reclusive villages scattered around China other that they once served as strongholds for the military. They are now are only reachable by horseback and offer a unique look at the culture of classical China. 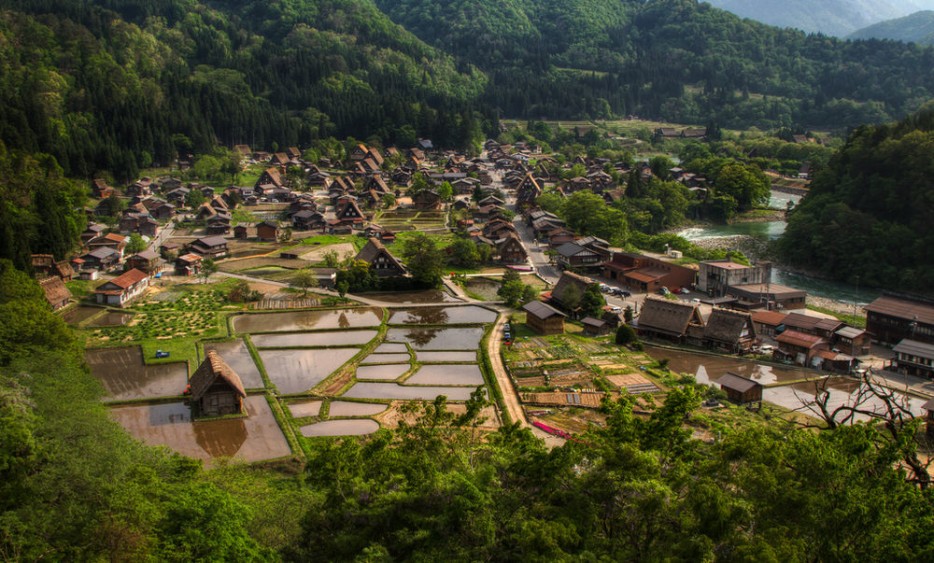 Shirakawa-go is a small, traditional village known for its incredibly steep roofs that were made to withstand some of the heaviest snowfall in the world. The dense, mystifying forests and looming hills that surround and hide the village make the area incredibly hard to occupy, other than the small piece of flatland the village was founded on. wikipedia.org 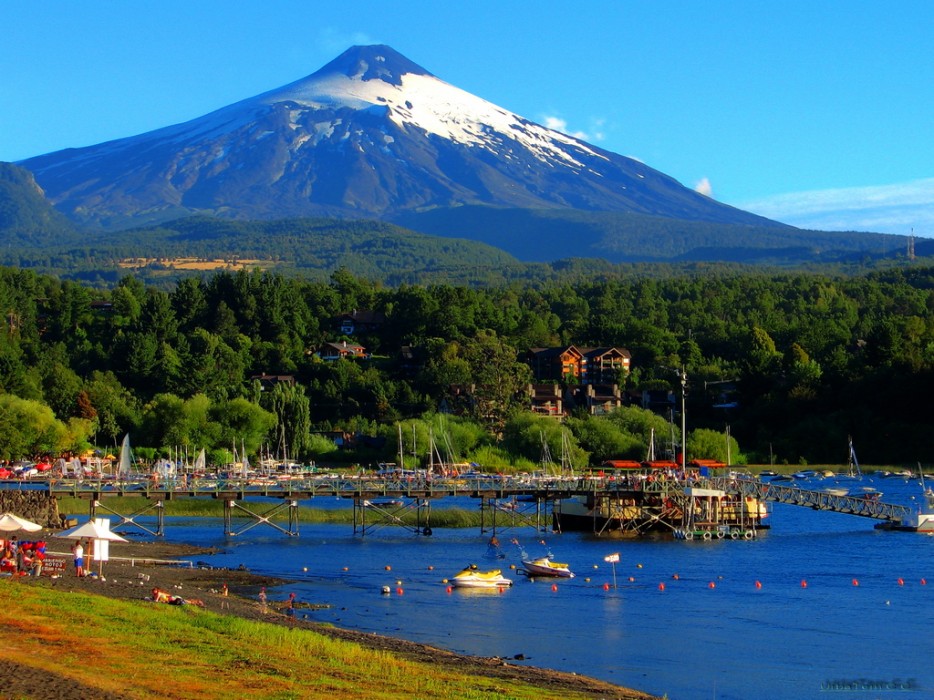 This exotic town which hugs an awe inspiring lake and  sits in the shadow of an active volcano is known as Chile’s adventure capital because its location is perfect for many recreational activities like snow skiing and kayaking. 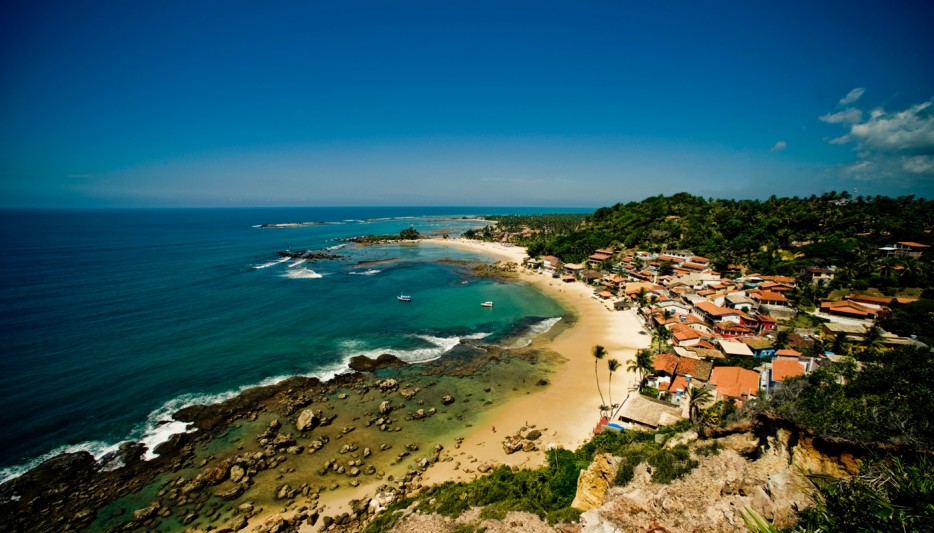 Morro de São Paulo is so tranquil that the only way to get to the village is by boat or charter flight because no cars are allowed on the island. The village sits upon three beautiful jungle-topped hills at a point where the Canal de Taperoá meets a crystal blue Atlantic. In the past, the island acted as both a cove for pirates and a stronghold for the Portuguese. wikipedia 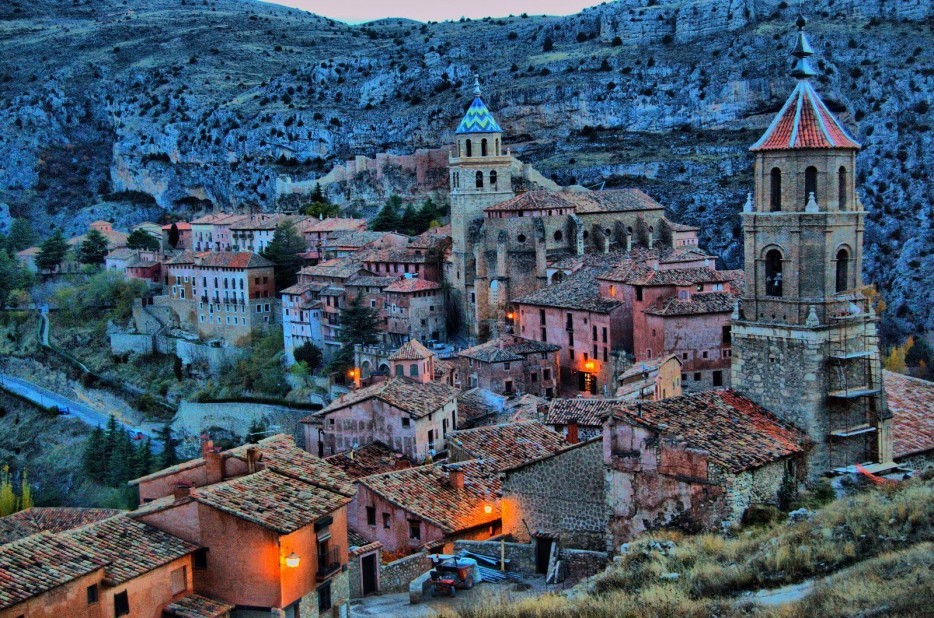 Albarracín is a beautifully preserved medieval village in Northern Spain. The rock paintings in the cliff-foot caves of the Albarracin Cultural Park are some of the most important evidences of the Levantine prehistoric art in Spain. 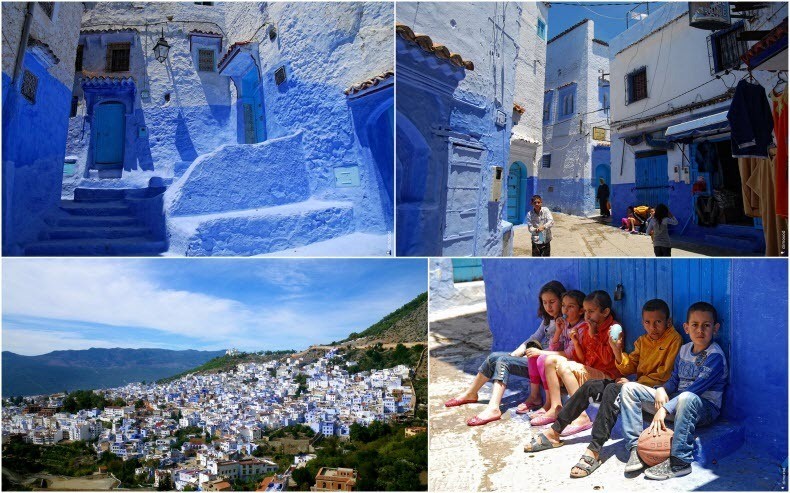 Chefchaouen is best known for its blue buildings, painted in a spectrum of soothing hues. Only a short walk away are the equally amazing Rif mountains and the Cascades d’Akchour! 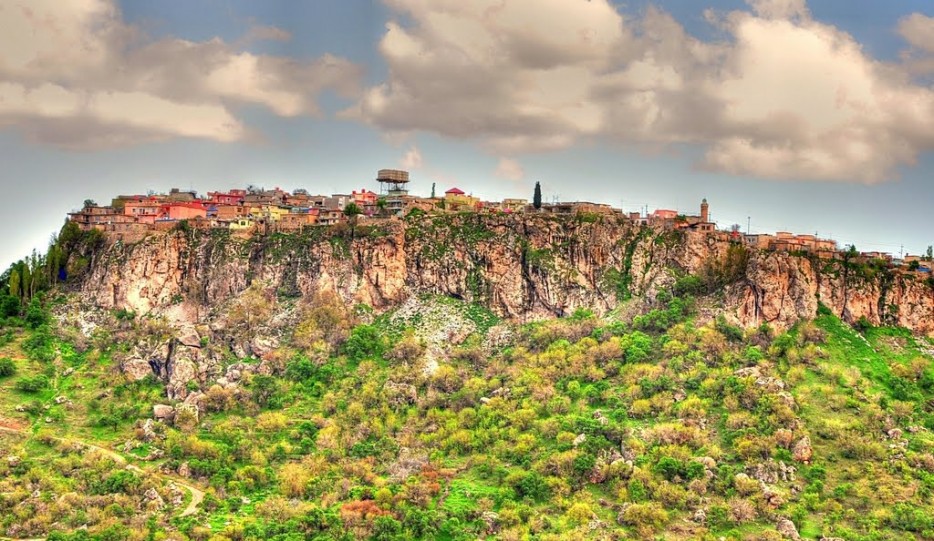 The towns colorful houses sit perched on top of a mammoth plateau at nearly 4,000 feet above sea level. The only places to stay are local inns and the residents pride themselves on resisting modern hotels. 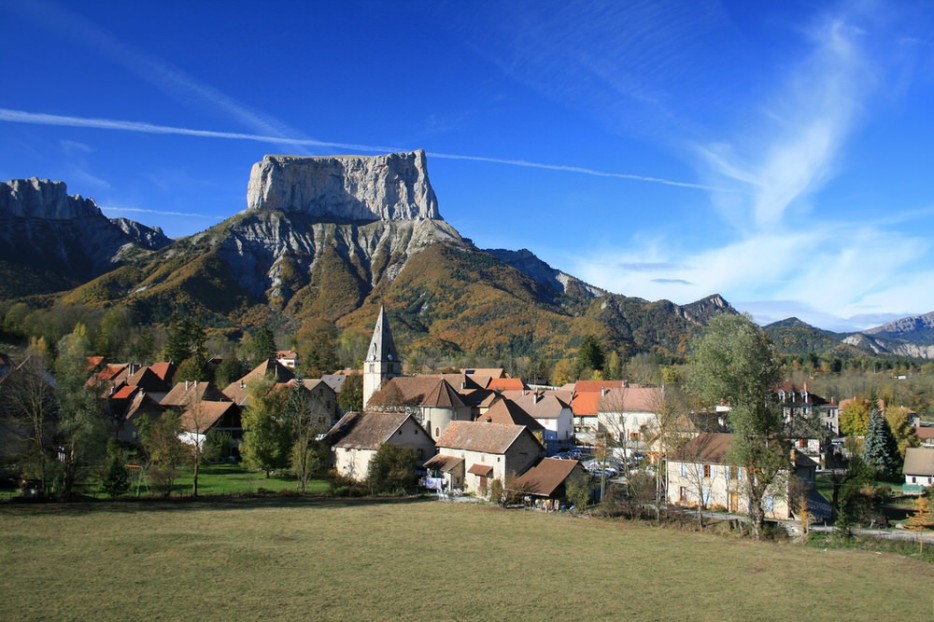 Chichilianne is a small village of a little over 200 people in the spectacular French Alps. 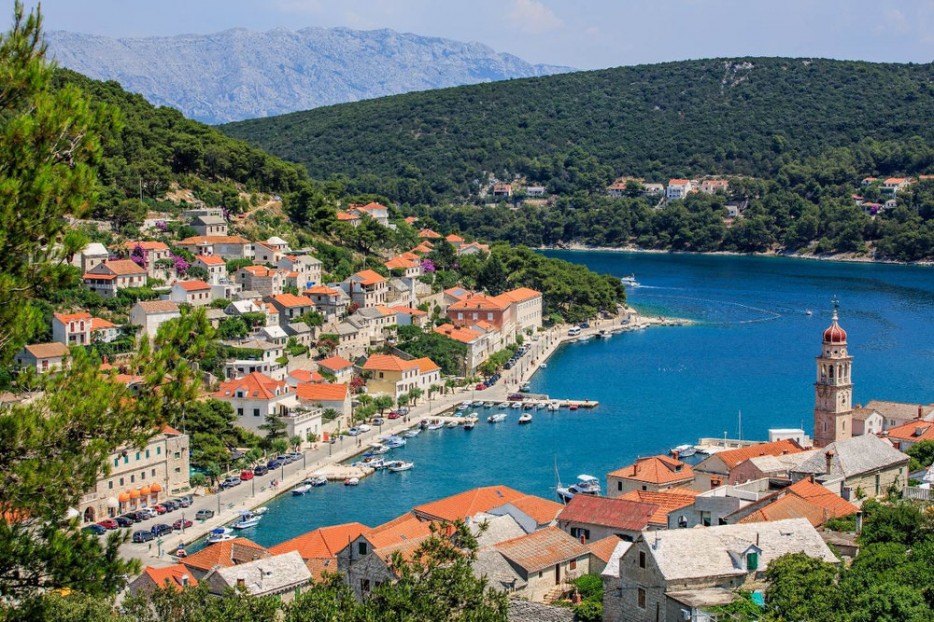 The island of Brac is home to some of the highest quality stone in Europe and that’s exactly why Pucisca was built. Both the altar to the Roman God Jupiter and more modern architecture are exquisite works of art – as is the natural landscape that surrounds the town. When you consider that the small town has been home to some of the finest stonemasons in history, this should come as no surprise. bracinfo.com 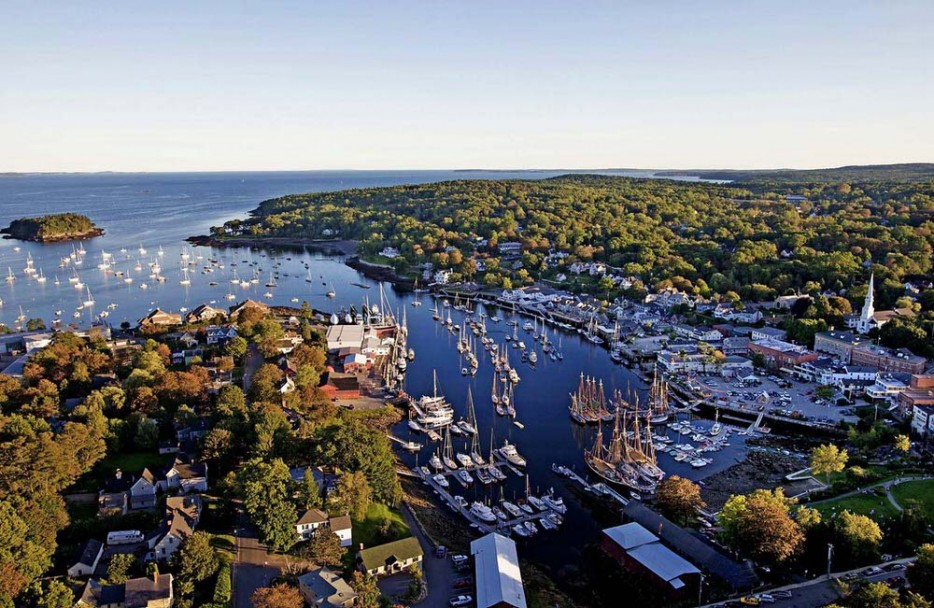 Previously inhabited Penobscot Abenaki Native Americans, Camden was first colonised by the British in the 1770s. During the revolution, the town served as a rendezvous point for the Americans. Now, with a population of only 5,000, the beautiful setting of the town means that tourists outnumber locals 2 to 1 during the summer. wikipedia.org 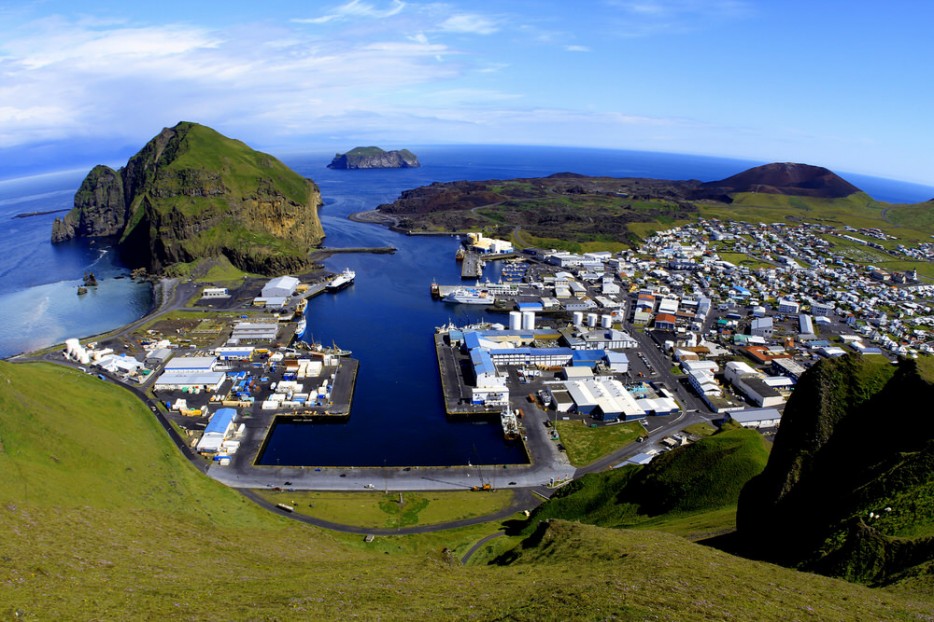 Vestmannaeyjar is on a large island of the same name off the South Coast of Iceland. The geographical treasure trove of an island that the town calls home is incredibly volcanically active and in 1973, the entire population was evacuated when an eruption destroyed some areas of the town. The island is also notable for the immense biodiversity that can be found in the area, including 150 plant species not yet classified and millions of birds that nest in cliffs.wikipedia.org 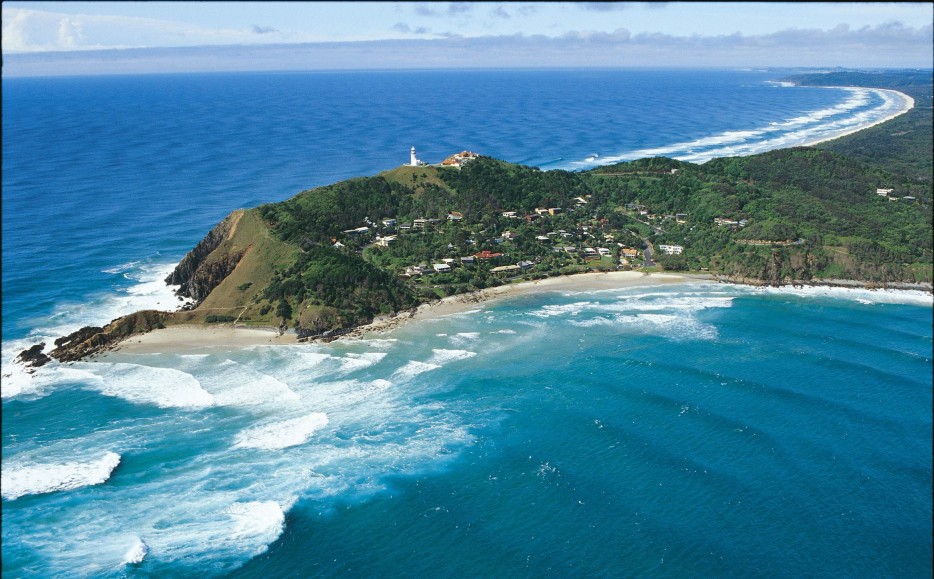 Located in New South Wales, this Pacific Ocean side town is home to around 5,000 people. The town was named by the famous British sea captain James Cook in honor of Royal Navy officer John Byron and his ability to navigate the rough seas that the area is known for. 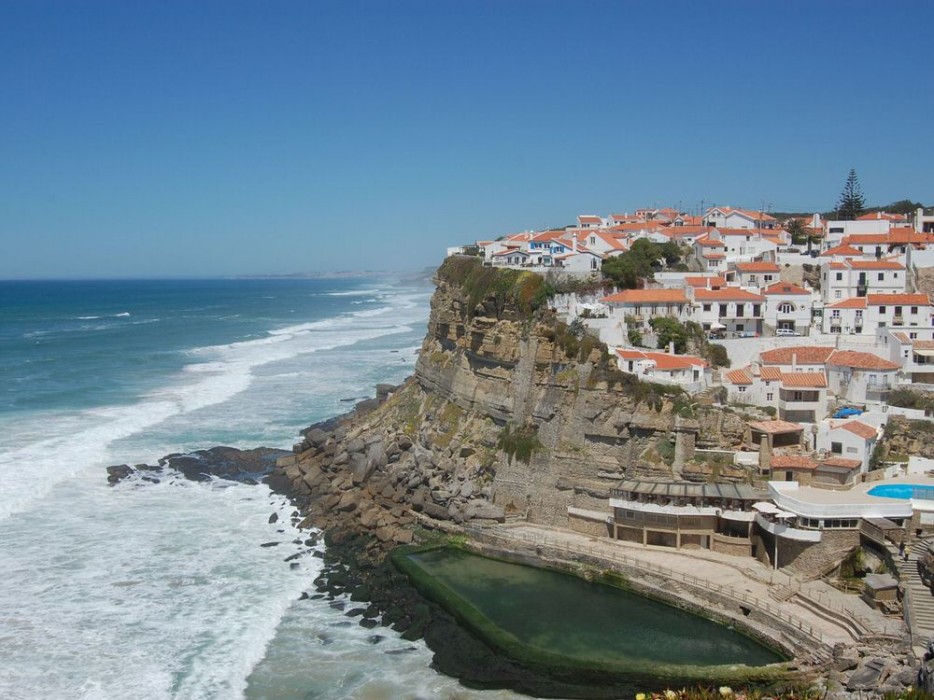 With only 7,000 inhabitants across 40 beaches, you won’t need to look very hard to find a place to put down your beach towel in Ericeira. Settlement of the area dates back to the 1200s, when an abundance of sea urchins bought people and money to the area. 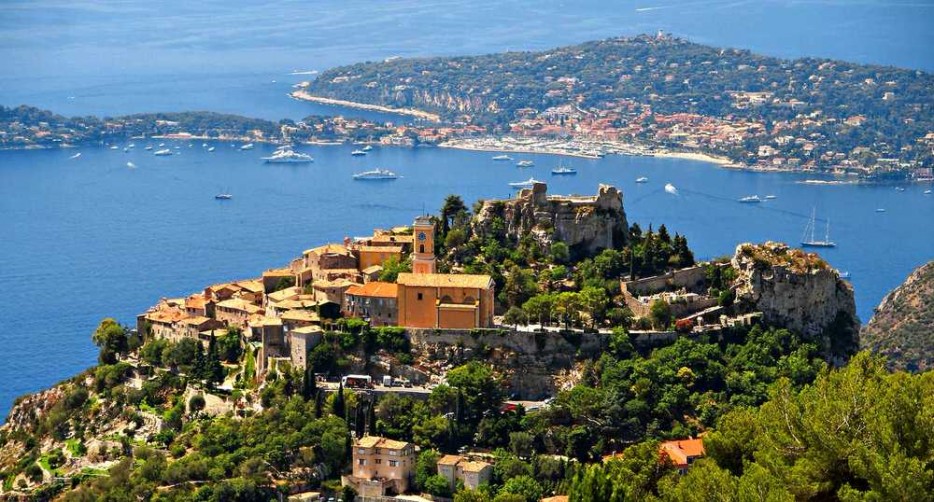 Eze is a collection of villages, with a population of less than 3,000, situated along the exotic French Riviera and on top of a hill which offers breathtaking views. These settlements have been populated since around 2,000 BC and have been occupied by the Roman Empire, Moors, Provenance and Savoy.wikipedia.org 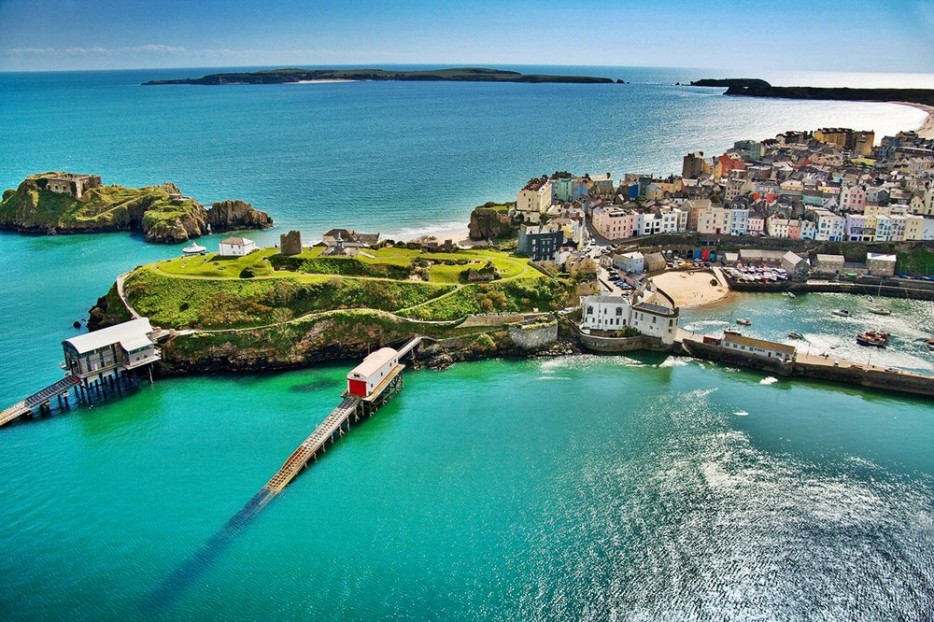 In Welsh, Tenby translates roughly to “little fortress of the fish.” The town, a naturally defended and bountiful harbor with access to the Irish Sea and Atlantic Ocean was settled as far back as 900 AD. After the Norman Conquest of England, the town was fortified with a massive wall to hold Welsh rebellions at bay. From the 1800s onwards, the town became more renowned for its beauty than defenses. wikipedia.org 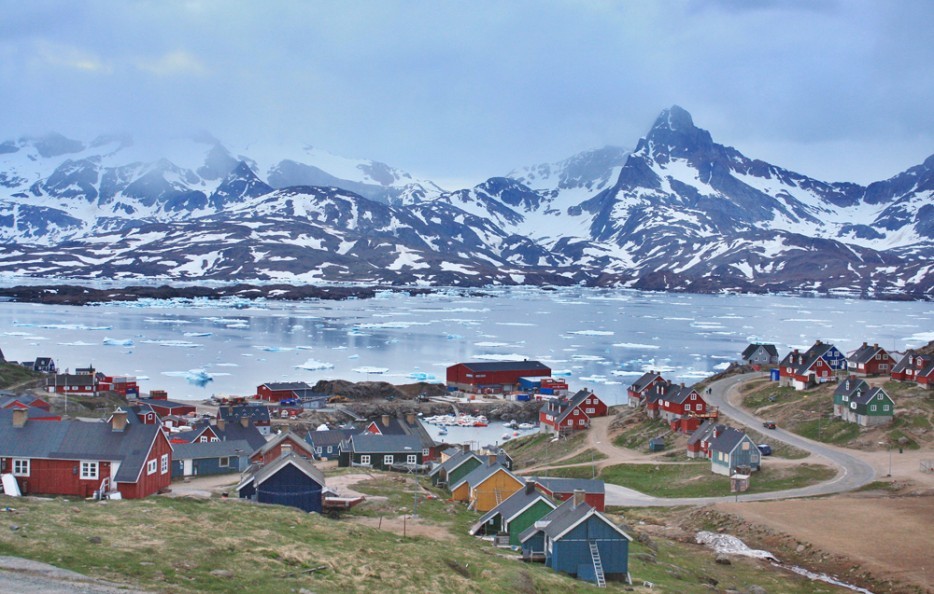 Both pronouncing and getting to Ittoqqortoormiit can be difficult, but it’s totally worth the effort. From the capital of Iceland, you’ll need to get on a once-weekly plane to Greenland and then get a helicopter ride to this small, colorful town which sits by the longest glacial river system in the world.