Home » Art » 25 Inventive Examples of Furniture Made From Car Parts

25 Inventive Examples of Furniture Made From Car Parts

Design elements have been taken from cars and incorporated into plenty of things, like bicycles, shoes, watches, and even buildings. But what happens when you don’t just want to be inspired by a vehicle, you actually want to use it? Your time with your car doesn’t have to stop at the curb, in your driveway, or in the garage. Plenty of household items have been built using car parts like crankshafts, engine blocks, wheels, and connecting rods. Get creative with these 25 Inventive Examples of Furniture Made From Car Parts. 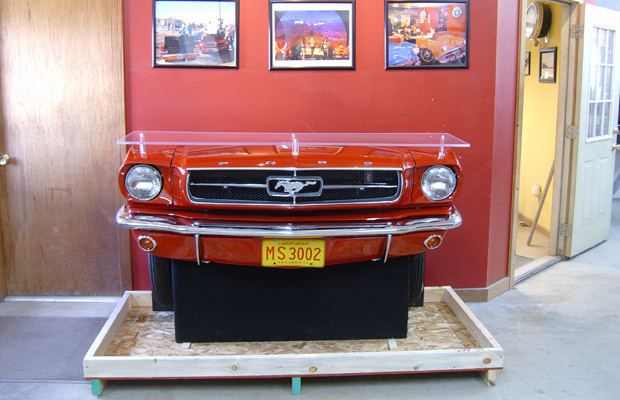 This could actually be used as a really great tool for getting people not to drink and drive. Fit this thing with an actual turning ignition and a steering wheel, and drunk people will probably think they’re actually driving home. When they “pull up to their driveways,” just walk them to the couch and wish them sweet dreams. 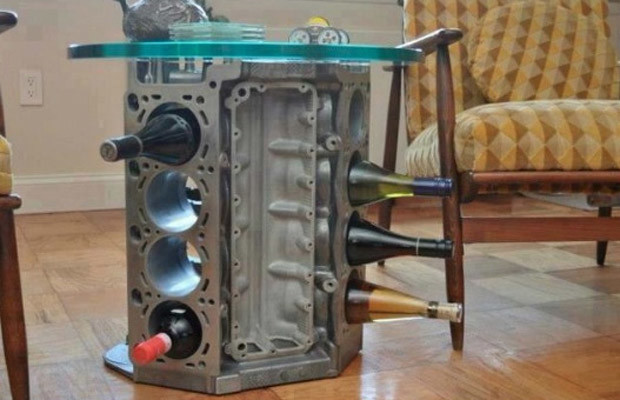 The only thing that gets our engine revving better than gas is alcohol. Make sure those cylinders are stocked at all times. 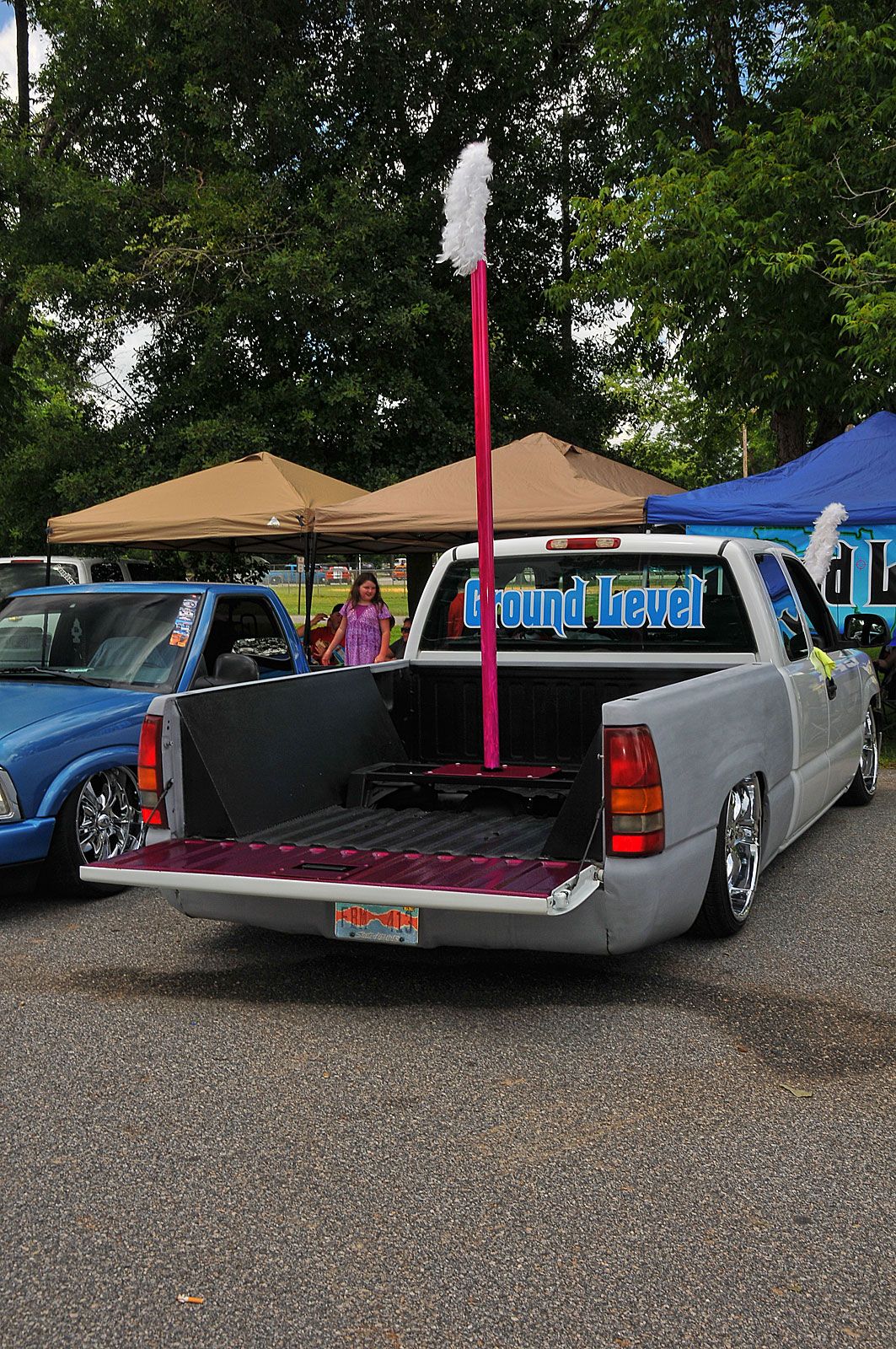 You thought a woman in a bikini washing a car was as good as it got, didn’t you? Wrong. You’re just so wrong. 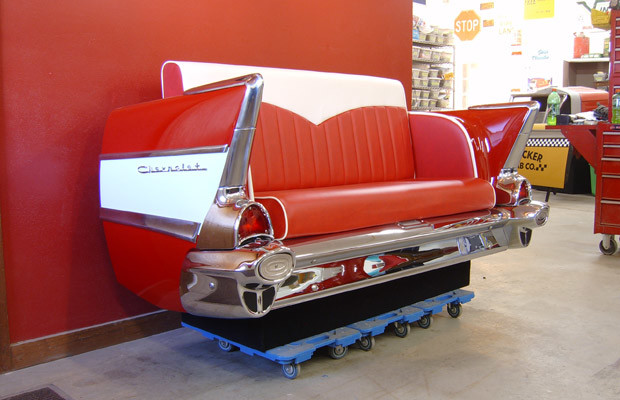 We’d like to incorporate bench seats into as many aspects of our lives as we can. 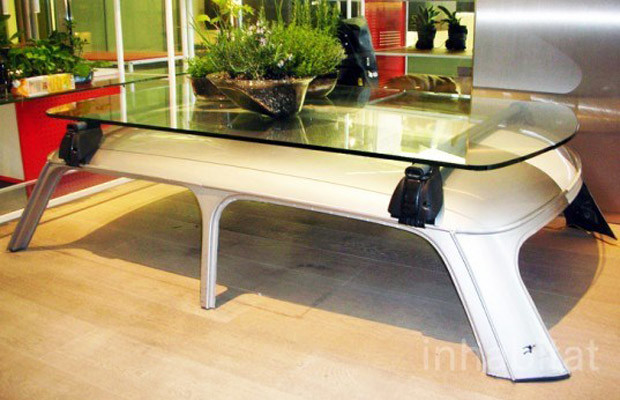 This would be even better if it were a convertible top that you could take off and use at the park. The bike rack is key, though. 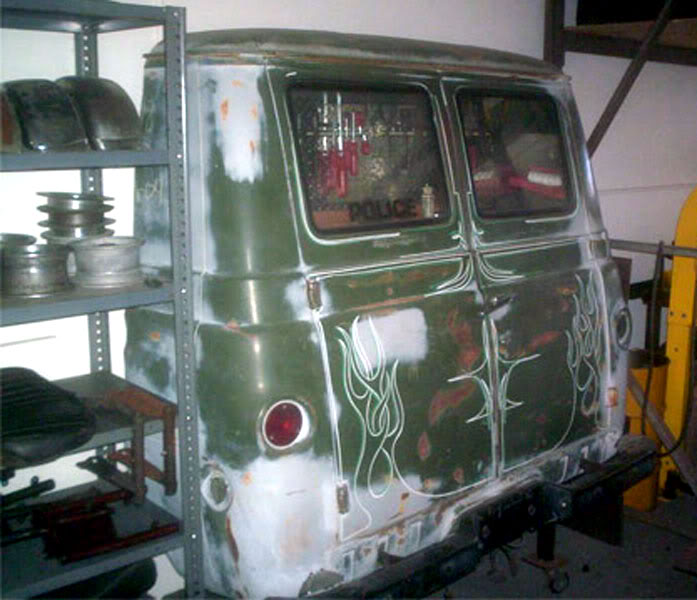 There’s probably a more appealing piece of car to use for this idea, but we like the thought of pulling tools we need to work on our car from a different car. 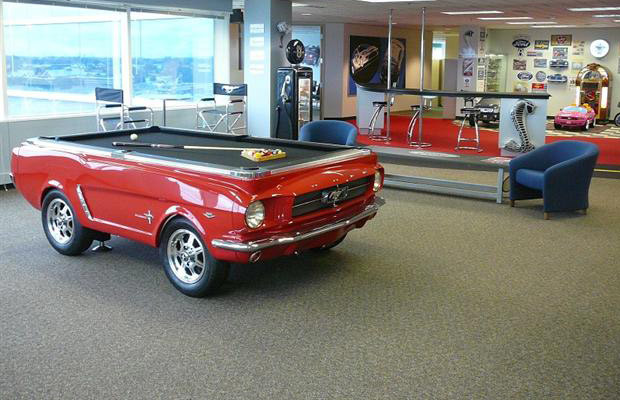 We wonder if you have to purchase insurance for this to protect from flailing sticks and flying balls. 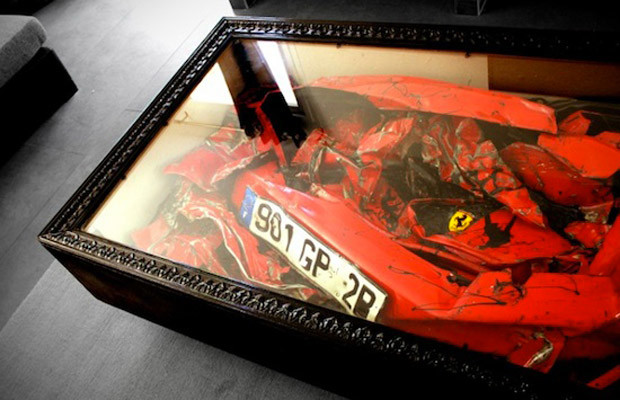 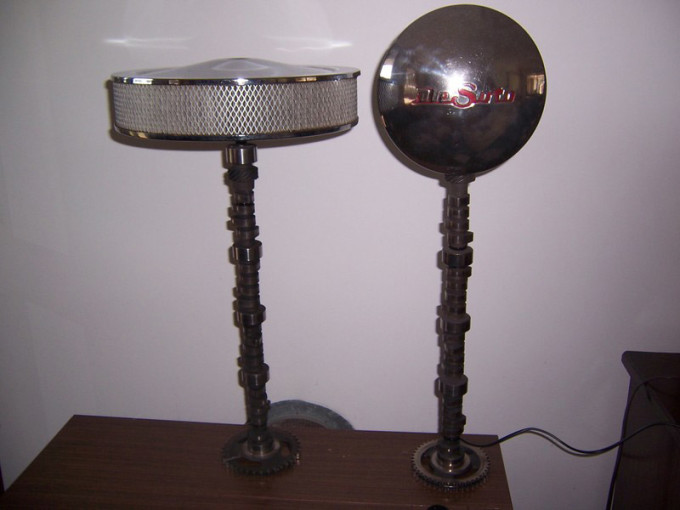 If these could be fitted with low and high beams, they might be our favorite design. 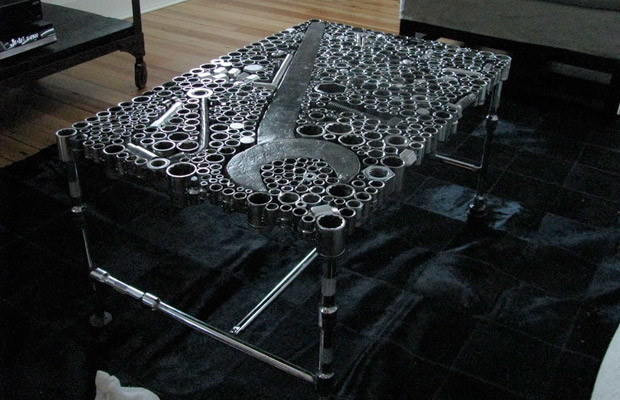 Nevermind how freakin’ awesome the design of this table is, where the F did this dude get a wrench that big? 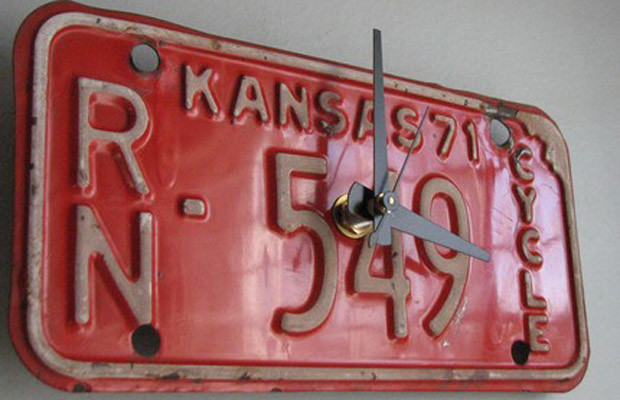 Simple, clean (-looking), and easy to make. There’s no reason every car enthusiast shouldn’t have one of these in their garages. 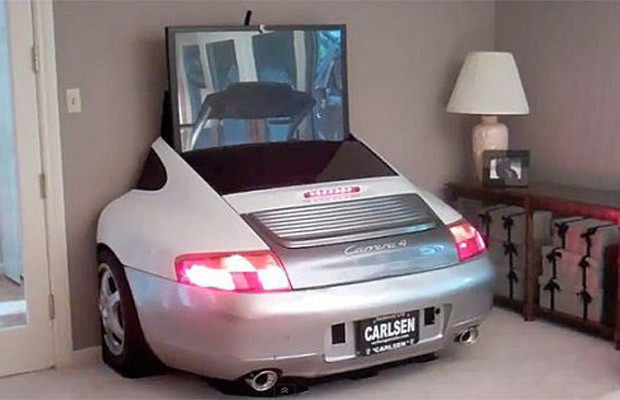 We’re hoping that TV slides down into the car, and that the XBox and PS3 are tucked away nicely in the trunk. 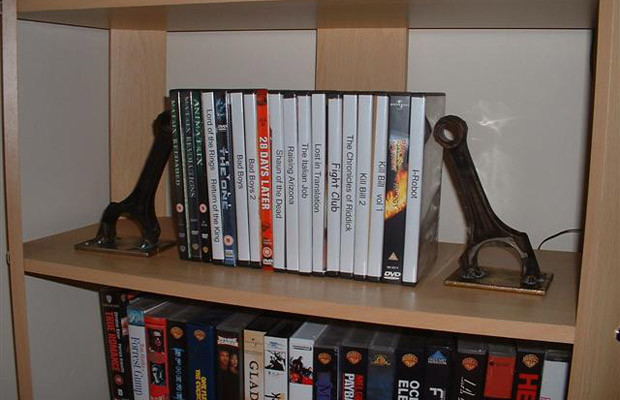 It looks like film piracy isn’t the only way this chap has become resourceful. 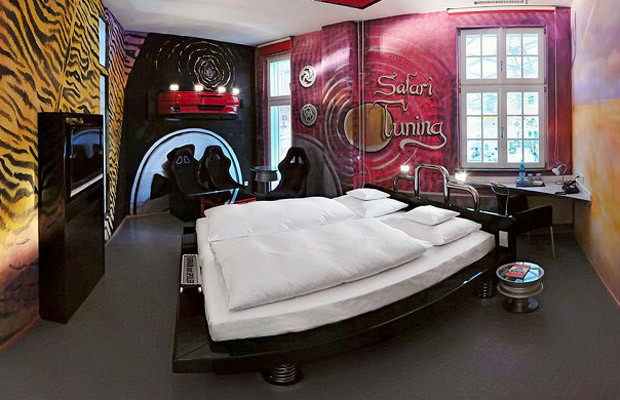 This is literally the only time we’d ever let anybody set anything on our bumper. Otherwise, get your shit off our cars. 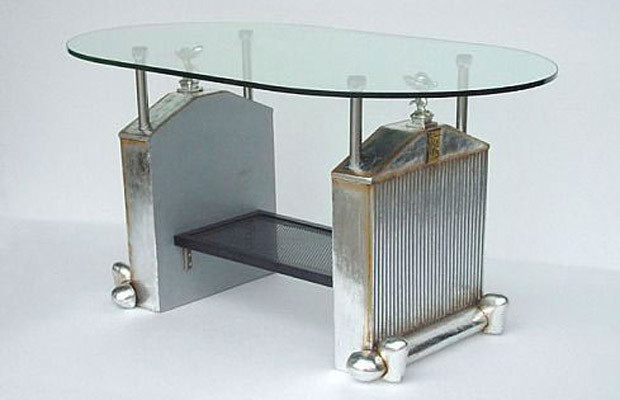 There’s no need to limit yourself to only Rolls-Royce radiators. They might look the coolest, but they’re also going to be extremely expensive and difficult to find. 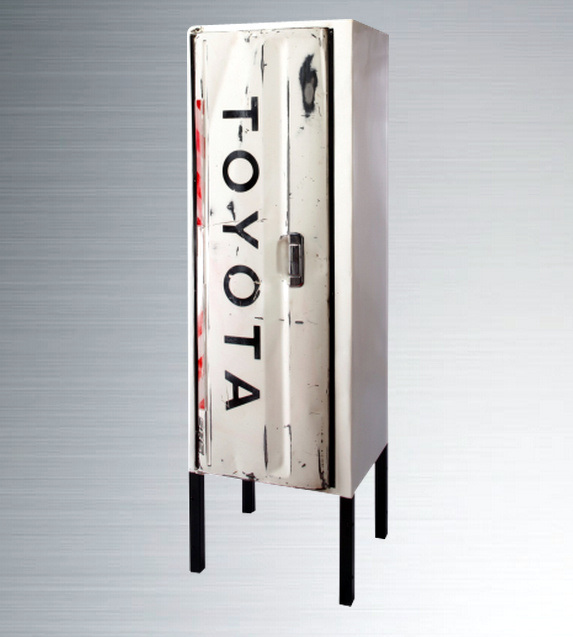 Make this refridgerated, and we’ll be buying three. 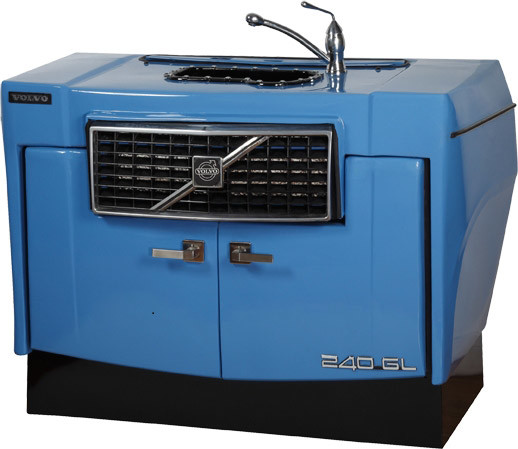 The safest bathroom item you could purchase. 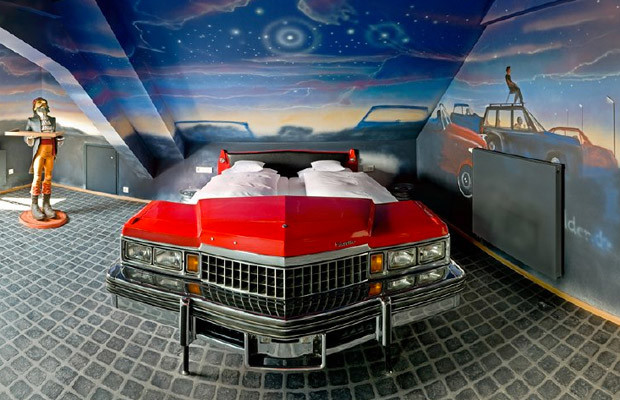 Forget trying to awkwardly avoid the stick shift, the steering wheel, and the turn signal. Just get a car bed and you’ll be ready to get it in, no hassles whatsoever. 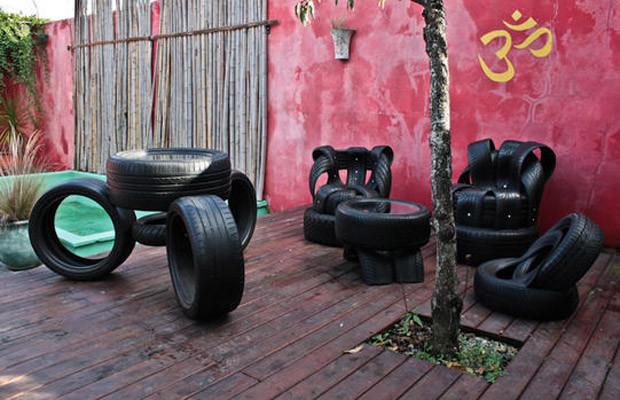 If you get the all-season tires, you can leave these out there all 365 days! 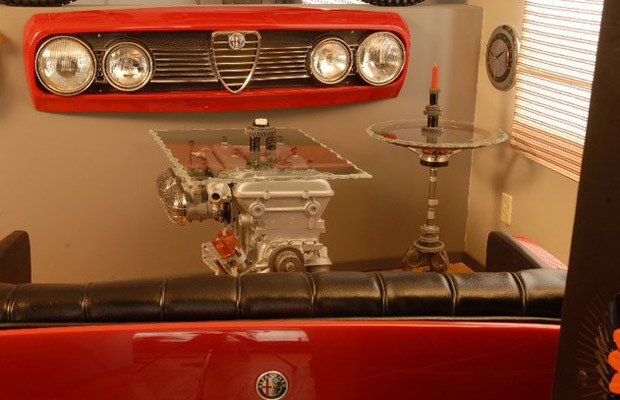 Sometimes, it’s hard to let go of something. You might think that a photo is more appropriate, but we don’t think anything really captures the essense of an old ride like tossing the front bumper, grille, and headlights right up on the wall. 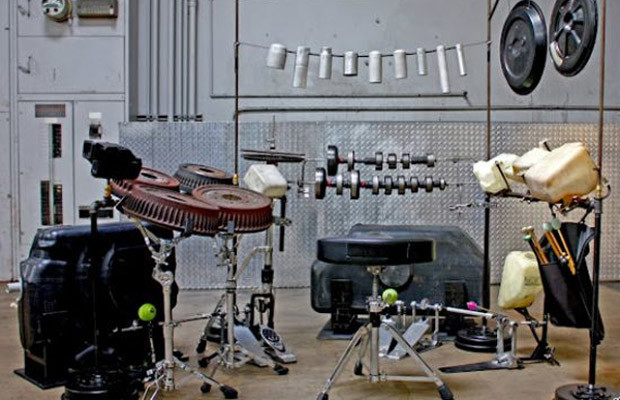 It’s not the usual sound that we love from an automobile, but this’ll work. 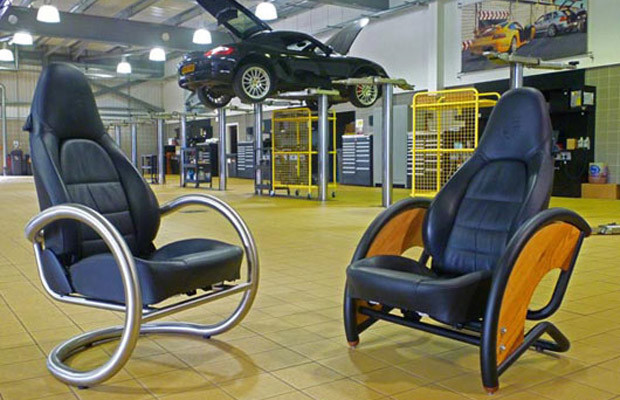 We would love to do this with the Dodge Dart seats. 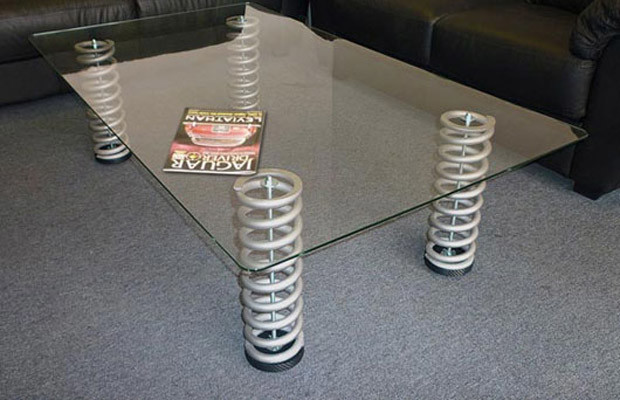 This way, when your friends get way too drunk, get too wild dancing on the couch, and take a tumble, they’ll just bounce right back up … but not really. 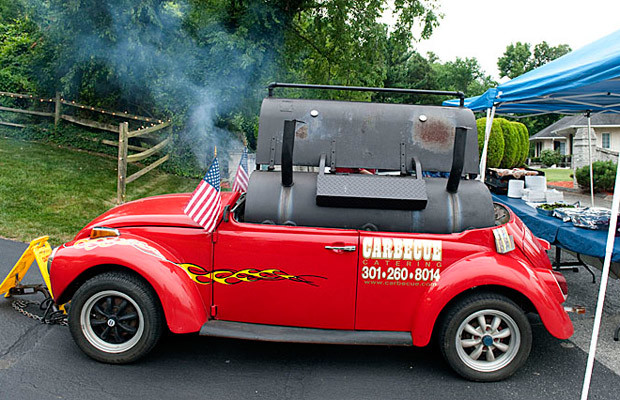 The best part? We’re sure the pigs don’t want any part of this. 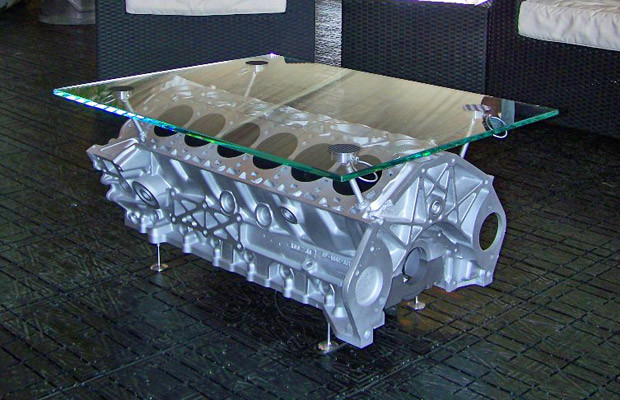 We dont’ know about you, but that block looks pretty damn clean to us. We’d rather drop that into a new bay and build us a monster.