by Architect K.A.
Reading Time: 7 mins read
0 0
A A
82
SHARES
31
VIEWS
Share on FacebookShare on TwitterPin to Pinterest

It’s been 14 years since the attacks of September 11, 2001. But for millions of Americans, haunting memories of that day are still fresh, and many lives were changed forever. On 9/11, terrorists hijacked four planes and were able to crash two of them into the World Trade Center’s twin towers in New York and one into the Pentagon.

The remaining jet crashed in Pennsylvania when passengers overpowered the hijackers. A day that started out with clear blue skies ended with a mass of twisted, smoldering metal where the Twin Towers once stood, leaving 2,977 people dead in New York, Virginia, and Pennsylvania, along with the 19 hijackers.

“14 years after the terrorist attacks of 9/11, we honor those we lost,” Barack Obama wrote on Twitter on Friday morning. “We salute all who serve to keep us safe. We stand as strong as ever.”

September 11 happened over a decade ago. The Washington Post’s Aaron Blake tweeted that a quarter of Americans are too young to remember it. I have three kids who have no memory of it at all — they weren’t born yet. But we certainly don’t want to forget, even as we get on with our lives. So in memory of that day, here are 20 images that capture what no American should forget. And as someone living in New York City at the time, here’s what it was like to witness the tragedy as it unfolded.

The Twin Towers of the World Trade Center were a familiar sight to New Yorkers. For decades, you looked up, and they were there. It was a reassuring sight. I visited the towers many times and gazed upon them many more.

On the morning of September 11, I had just finished voting in Brooklyn when I looked up and saw that one of the towers was on fire. Just a few minutes later, a second plane crashed into the other tower. Something was very wrong. 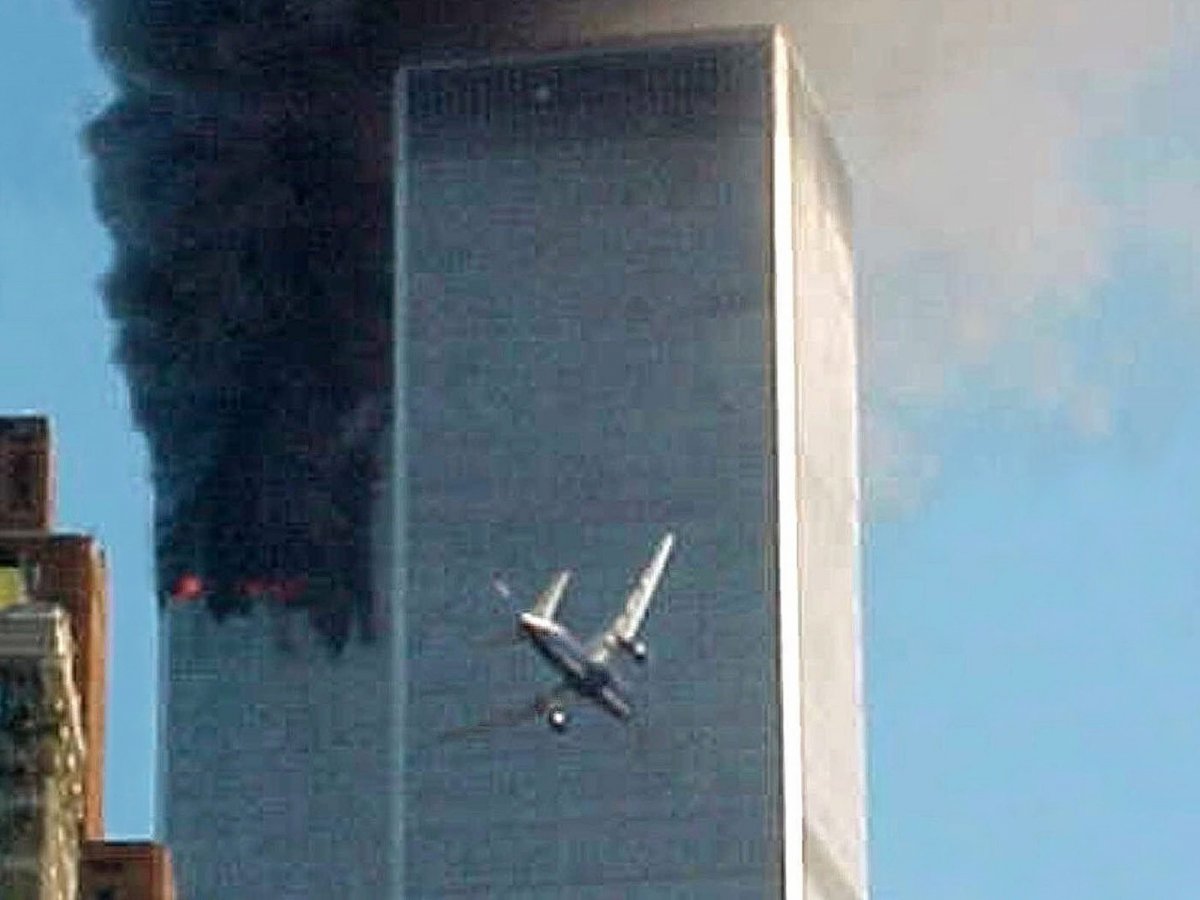 President George W. Bush was at a school event when he was informed. The expression on his face says it all. No one in the government knew how serious the threat was. 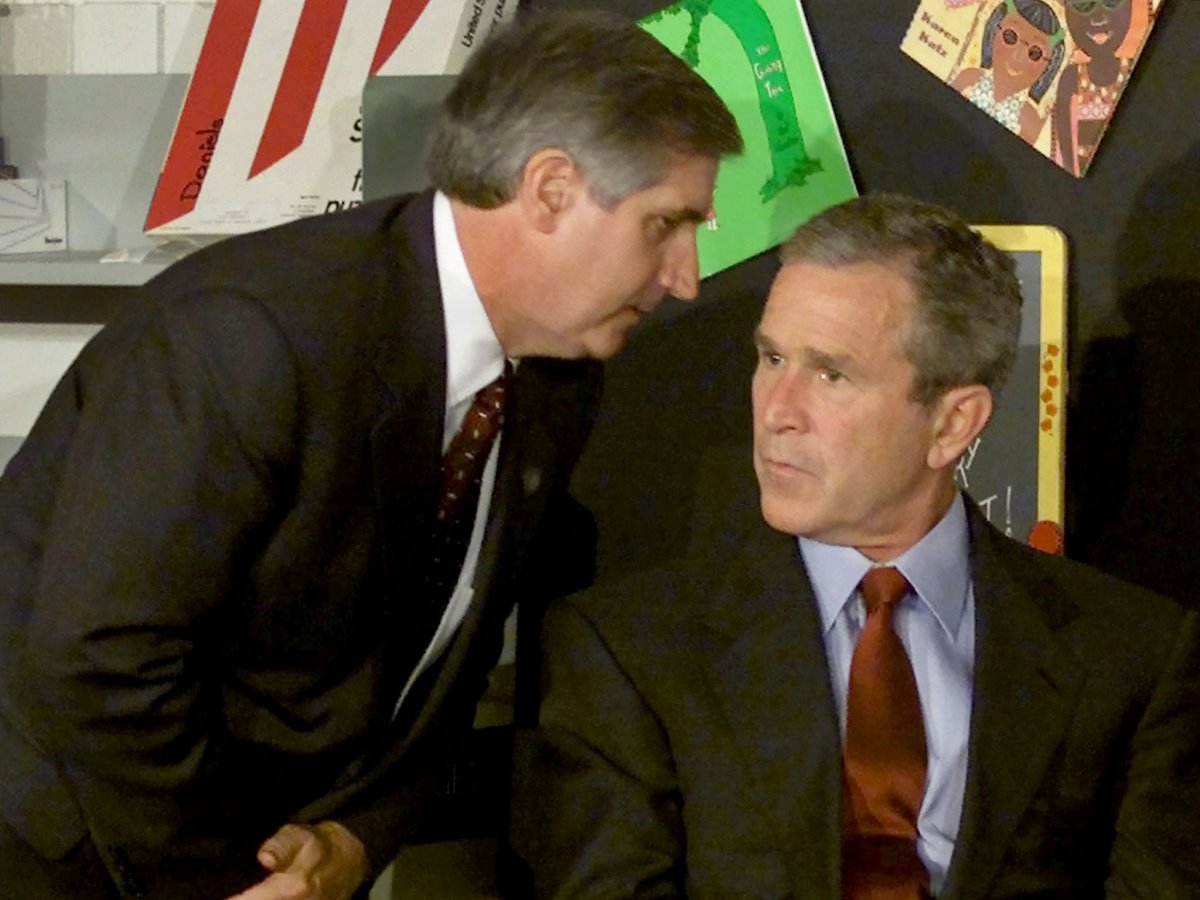 The impact of the two jets was devastating, smashing through the steel structure of the towers and igniting fires that eventually brought the buildings down. Warplanes took to the skies. Every nonmilitary flight in US airspace was ordered to land. 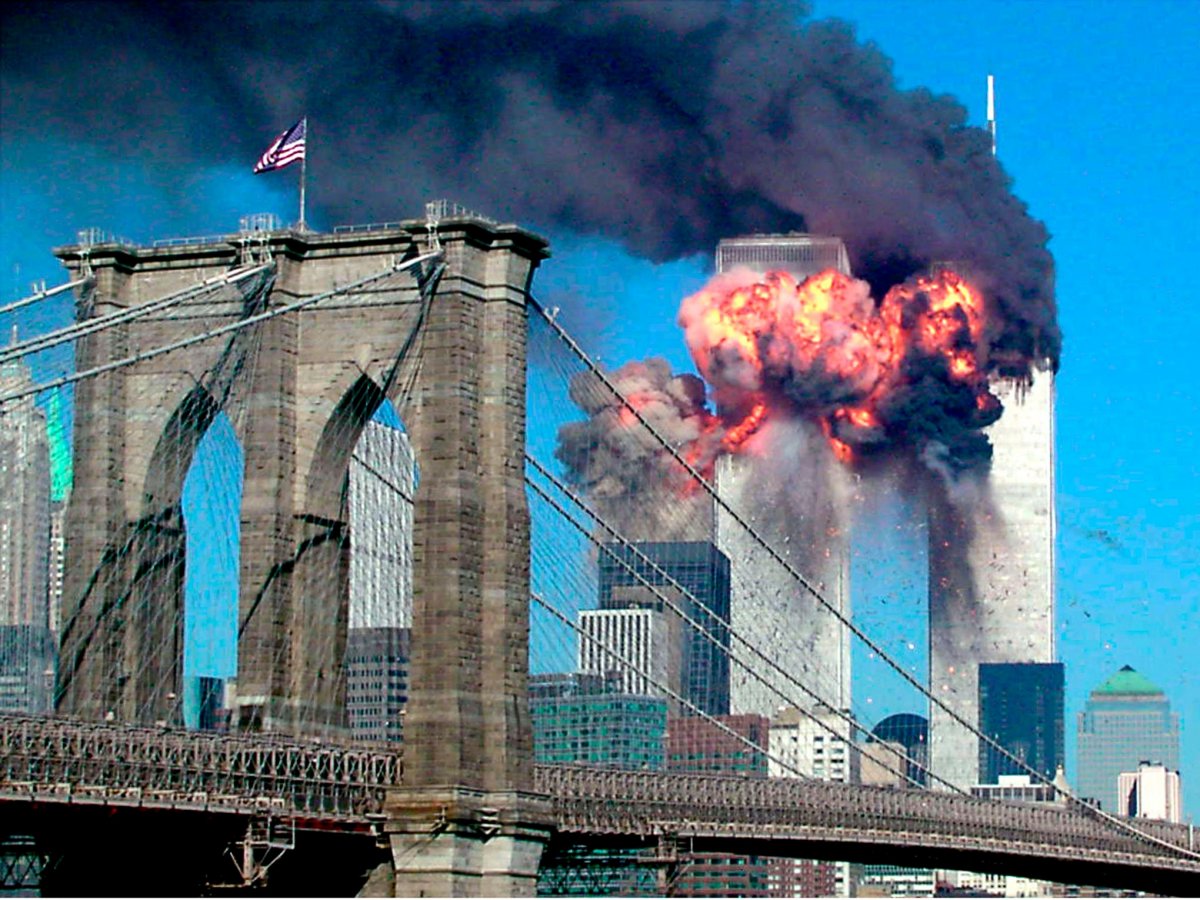 Thousands of people were trapped in the upper floors of the towers. Many died when the planes hit, and many more perished as the fires raged, and when the towers collapsed. Some jumped to their deaths to escape the conflagration and the smoke. In all, 2,606 people died in the towers. 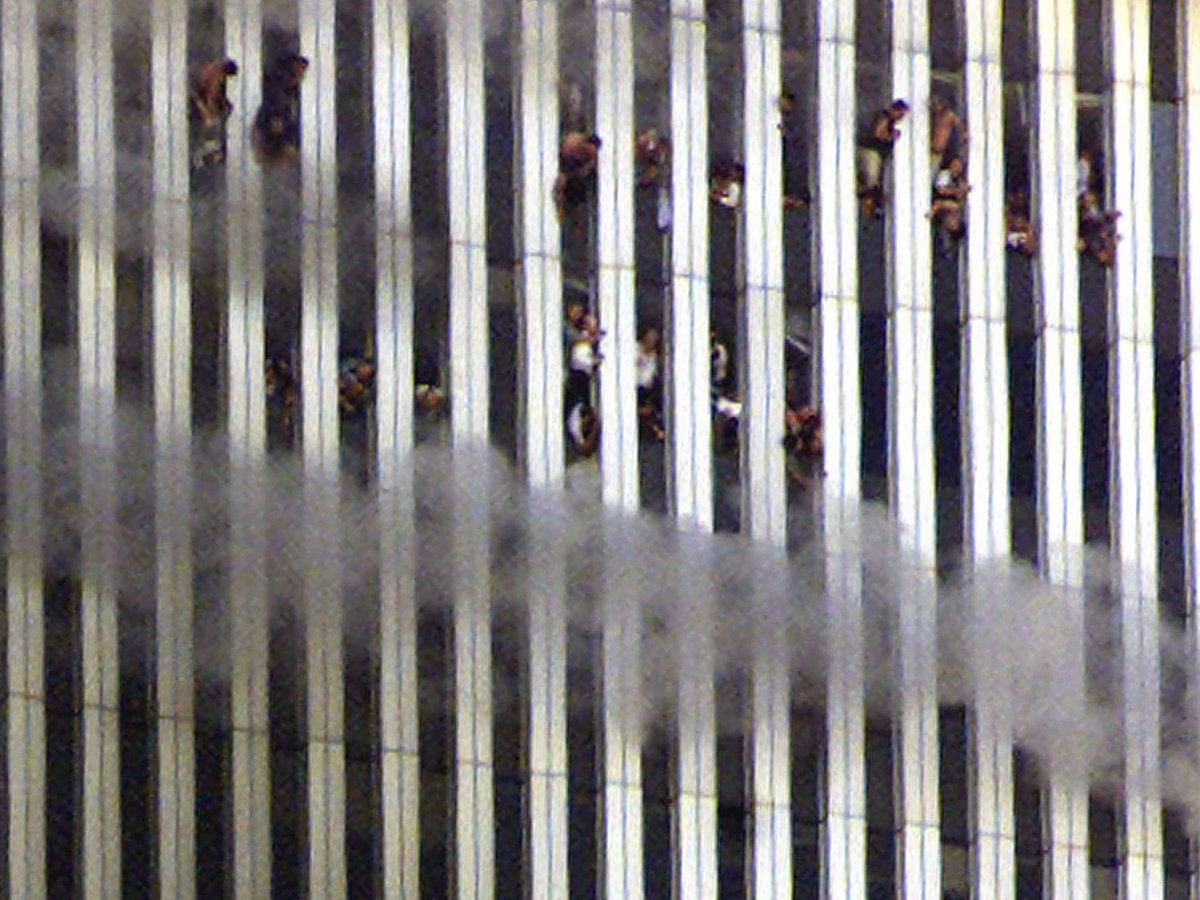 The sky was blue and clear on 9/11. The winds carried a massive plume of smoke out over the city and New York’s harbor. “Manhattan looked as though it had taken 10 megatons,” the British novelist Martin Amis later wrote. 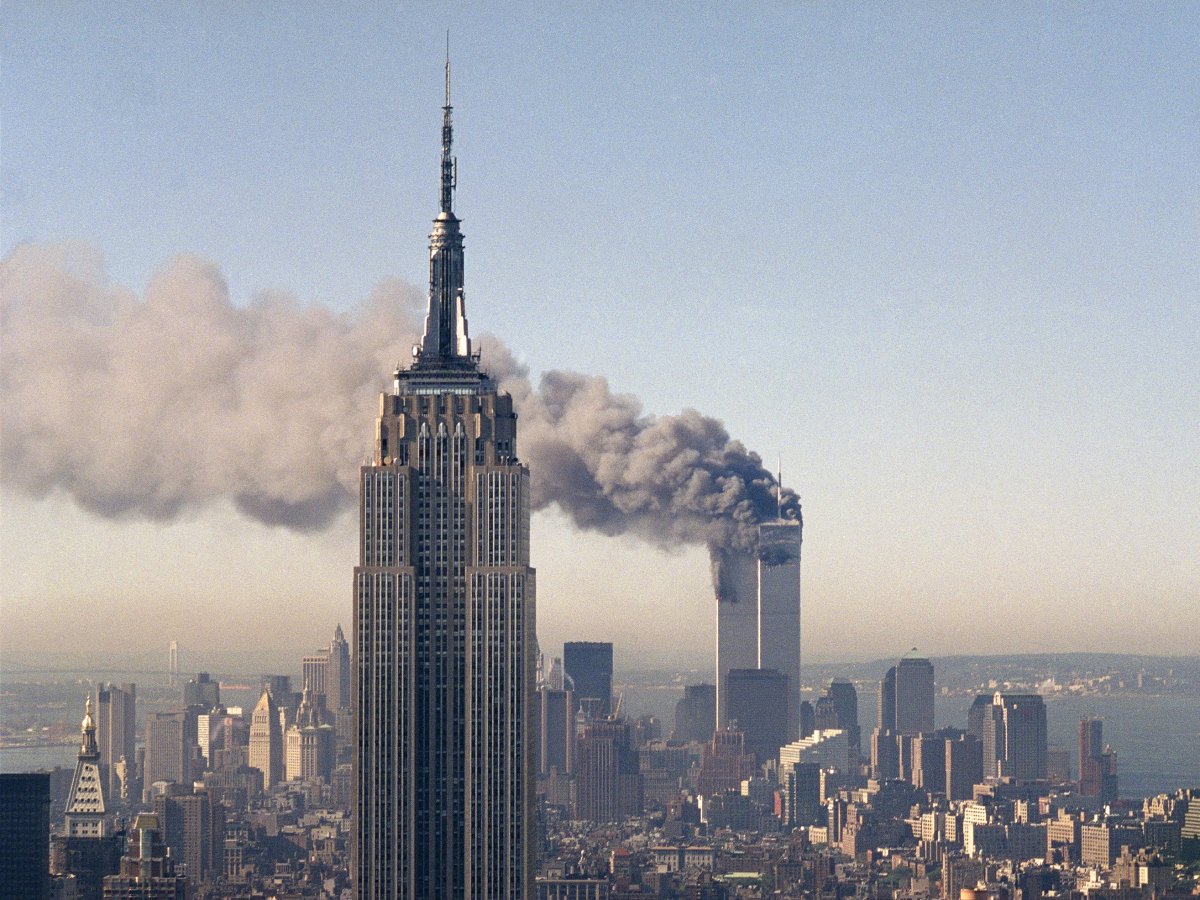 The towers were so badly damaged structurally that collapse was inevitable. At the time, however, no one expected this. People on the streets about the World Trade Center fled in terror when the buildings went down, one after the other, and filled the streets with rubble and dust. 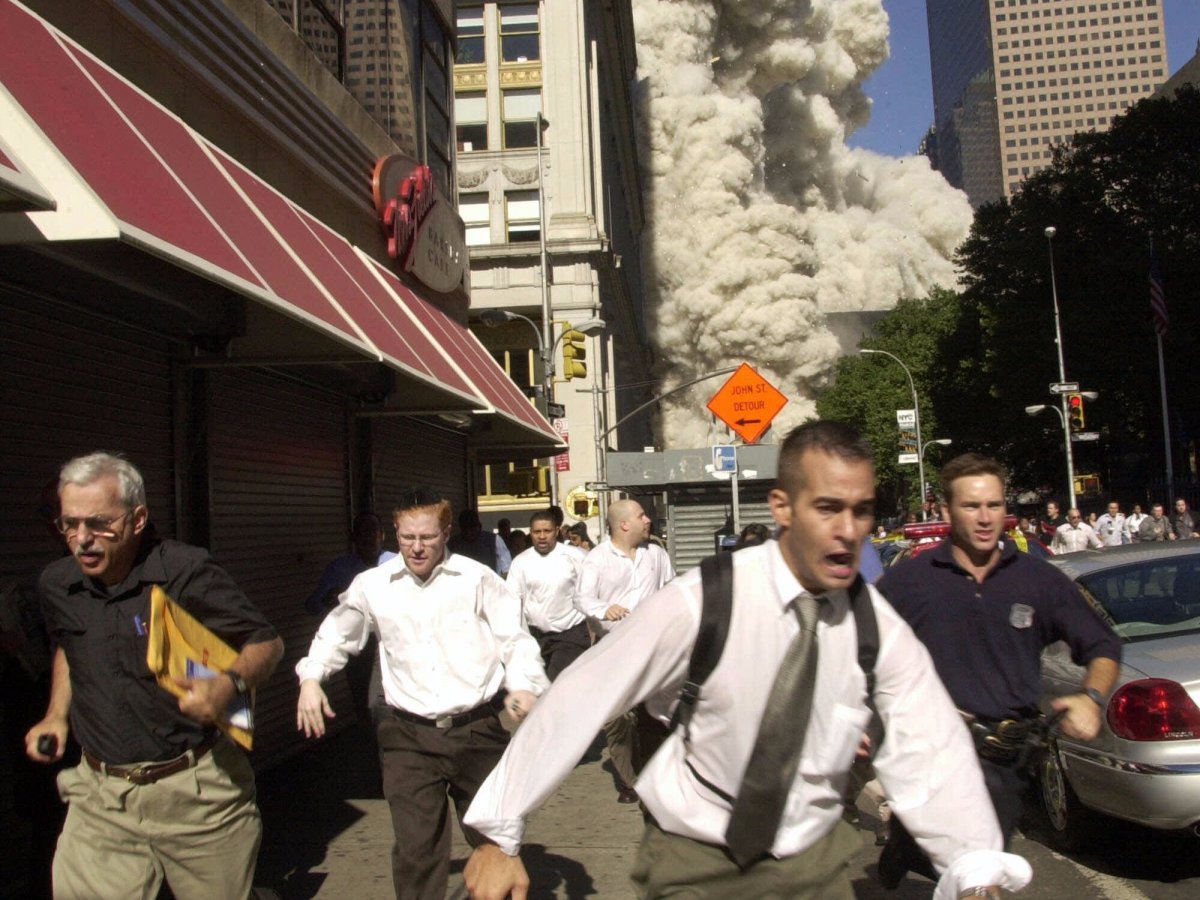 Fires raged for hours and smoldered for days in the mass of twisted steel and rubble. Lower Manhattan below 14th Street would be closed to traffic not involved in the rescue effort. 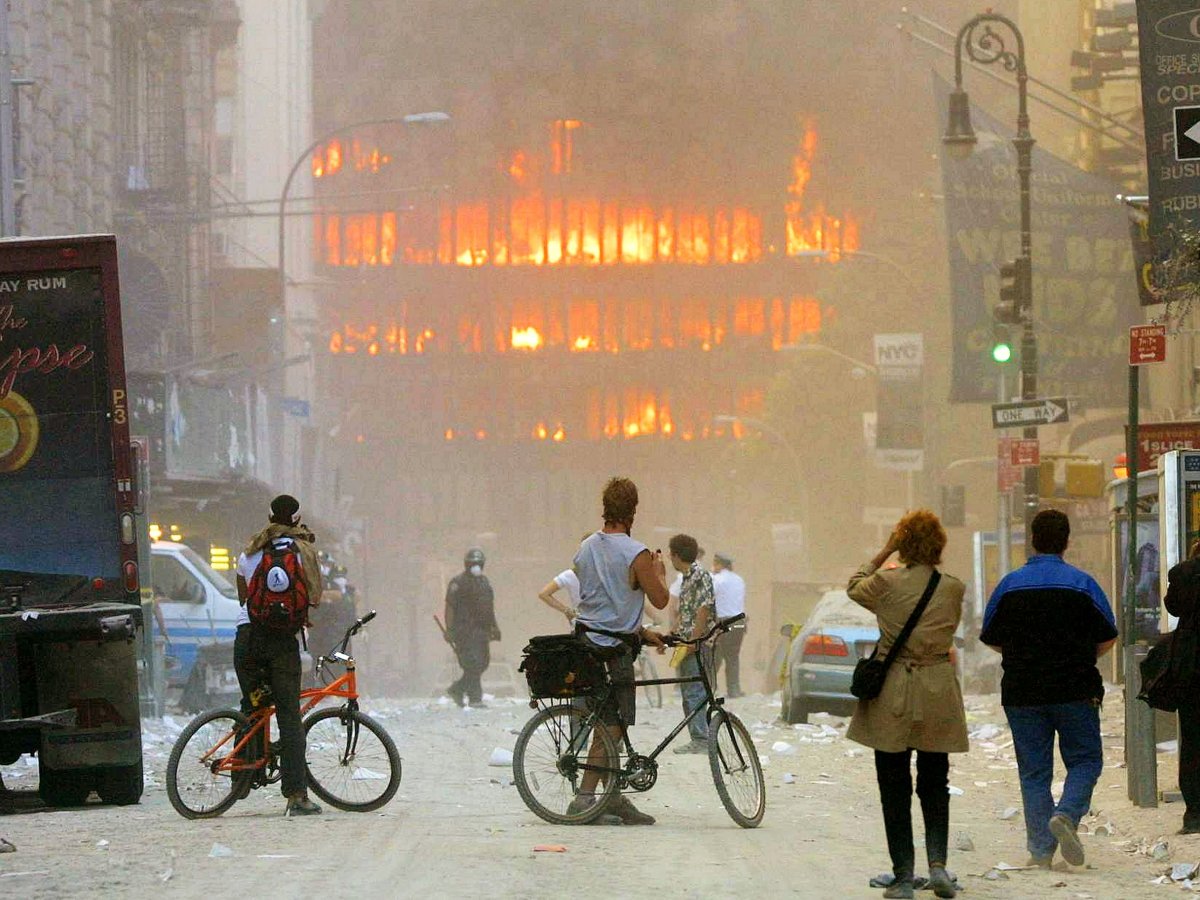 The area around the World Trade Center was a scene of utter devastation. Smoke and dust hung in the air. Countless cars, trucks, and emergency vehicles were destroyed. 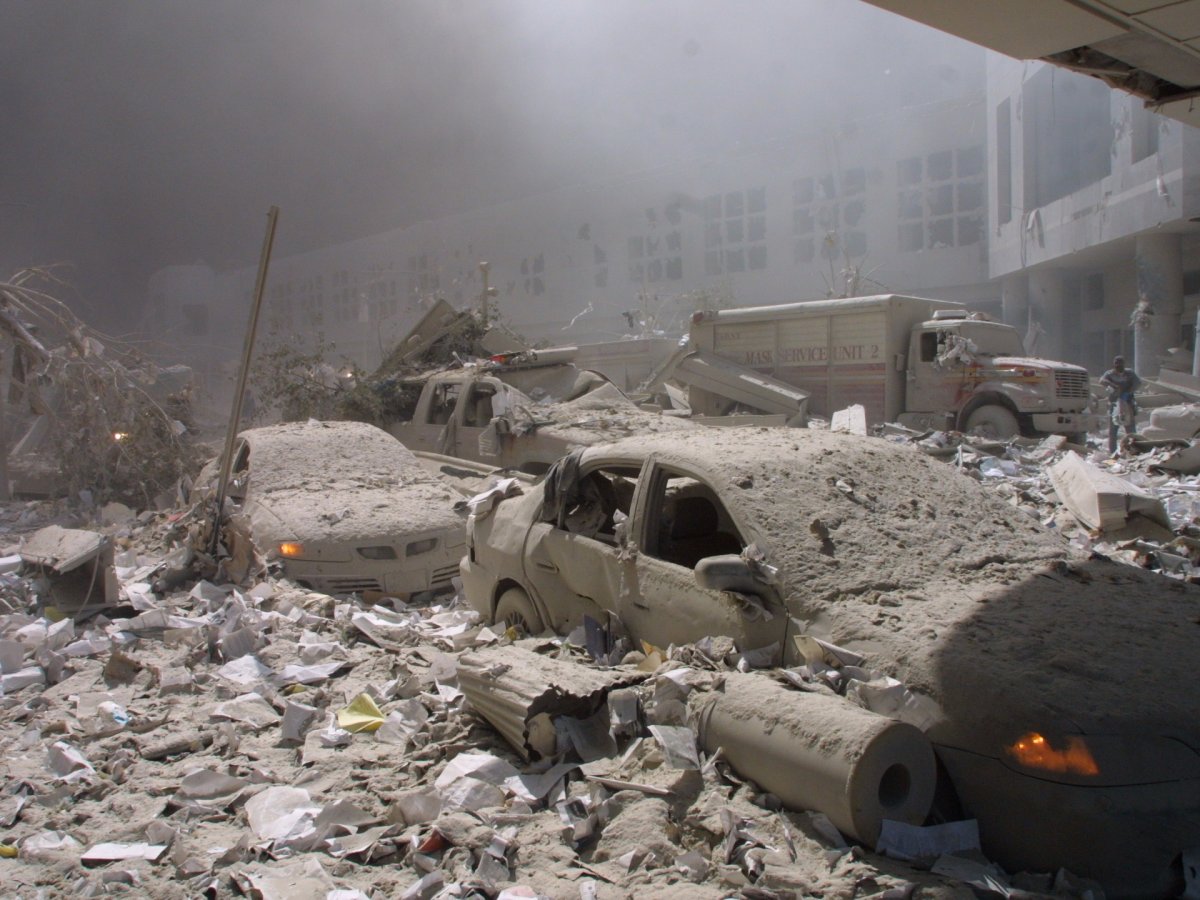 Tragedy was everywhere. The New York City Fire Department lost its chaplain, Rev. Mychal Judge, who was killed by falling rubble while giving last rites to a victim of the attack. 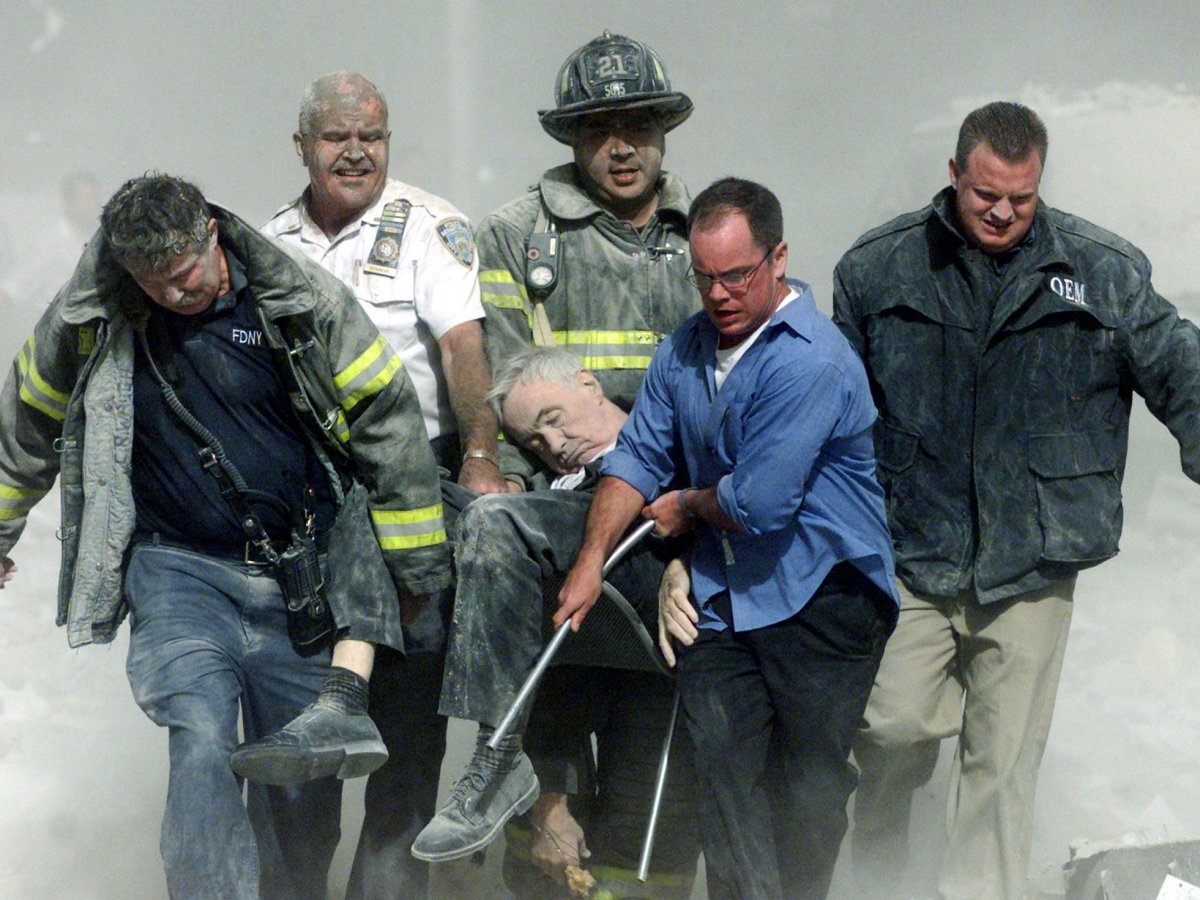 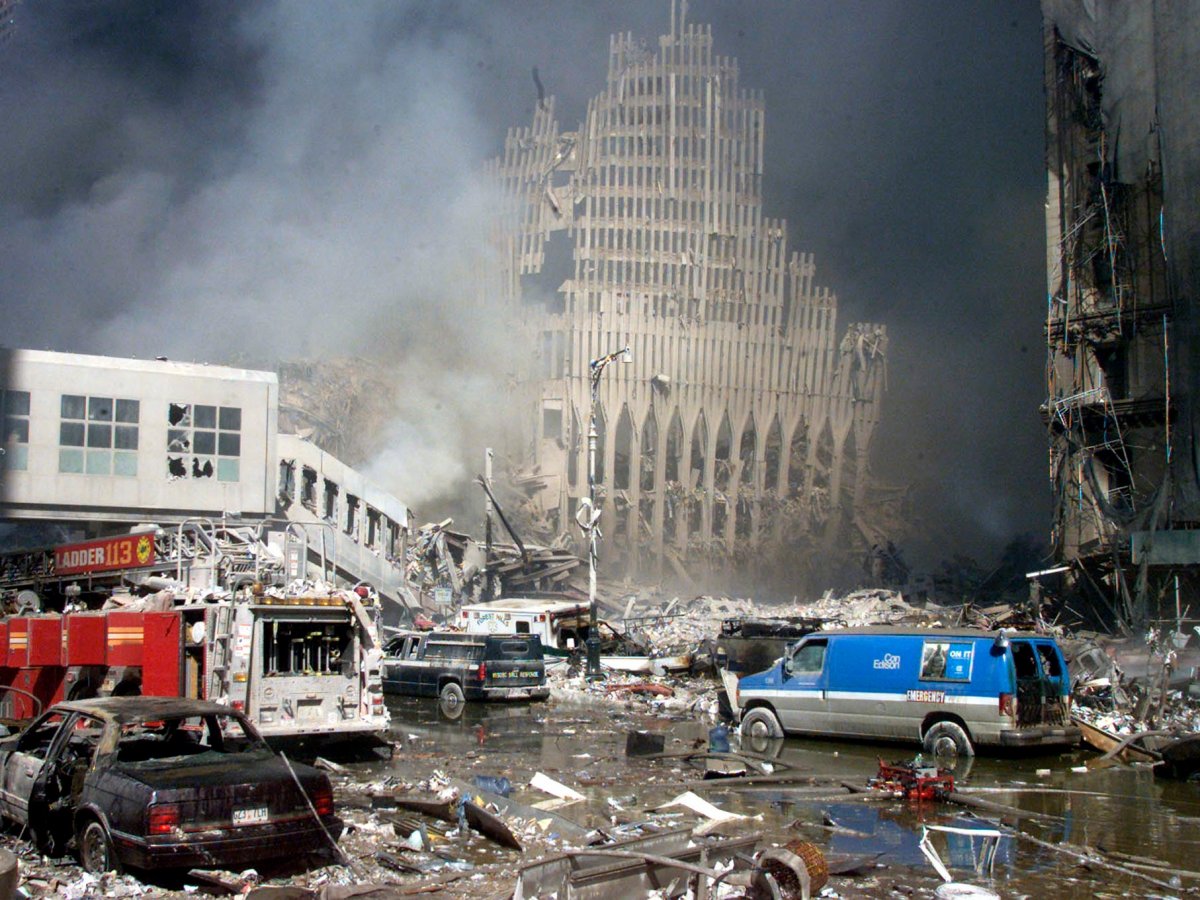 Two 110-story soaring towers were reduced to a contorted mass of smoking metal. Welders spent months cutting the steel apart so that it could be carted away. 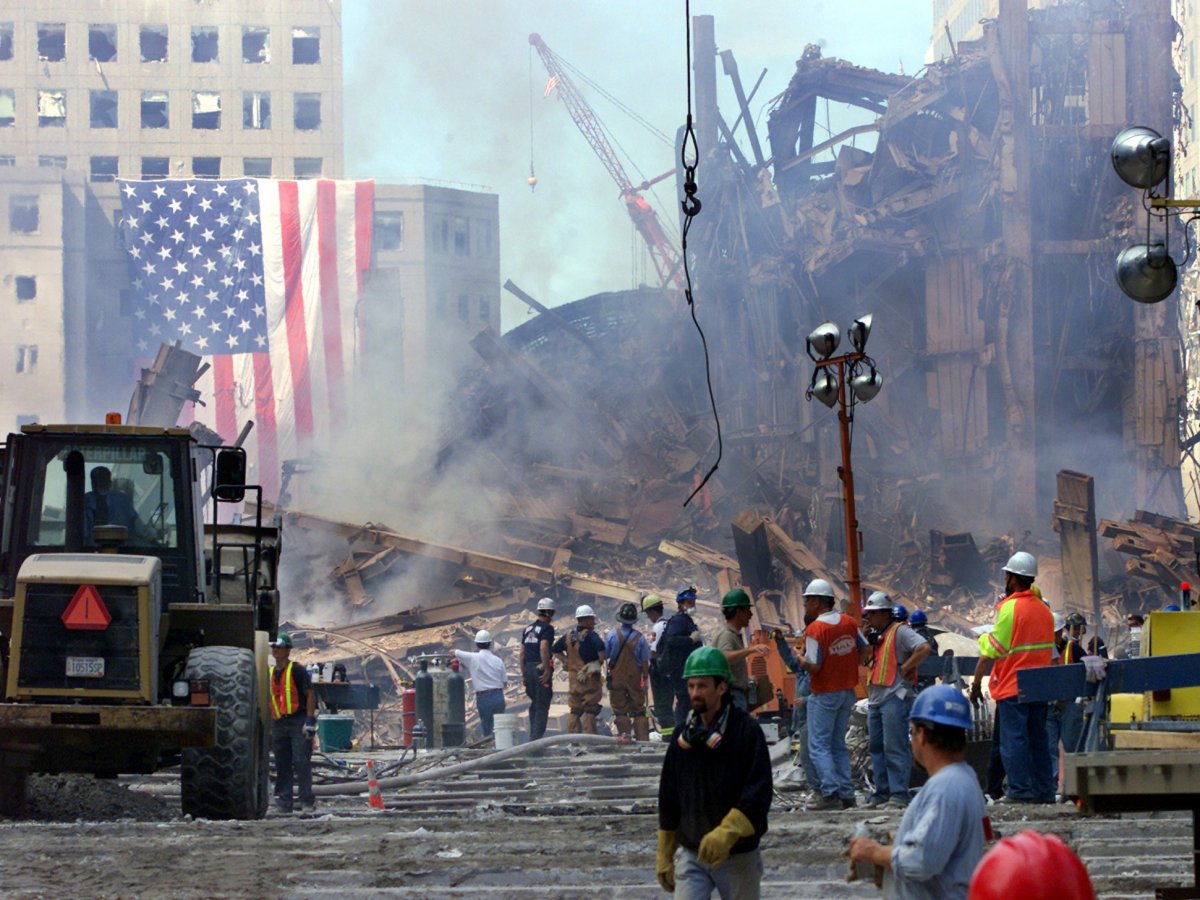 The New York City Fire Department rushed to the scene and suffered incredible losses of life as it tried to save people from the burning towers — 343 members were killed. 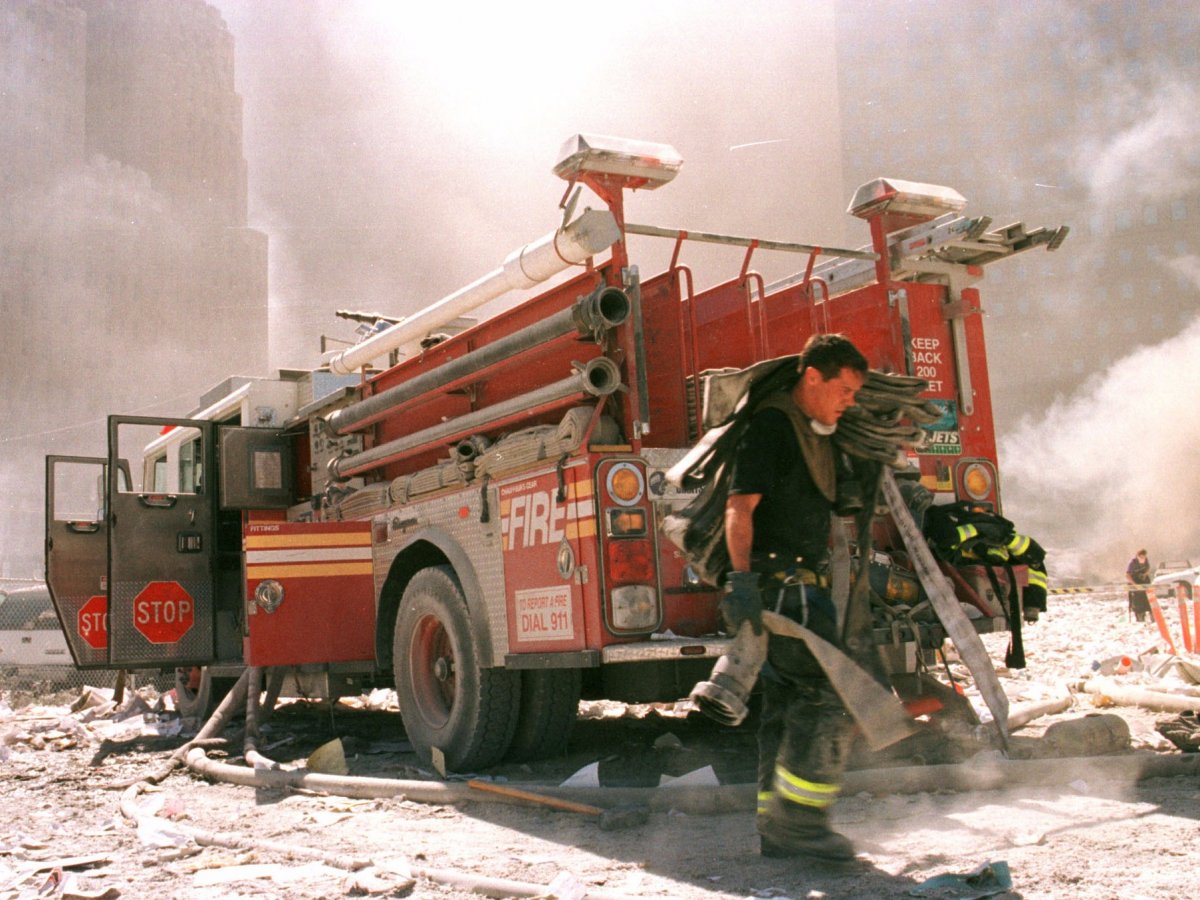 Strong men were reduced to tears. 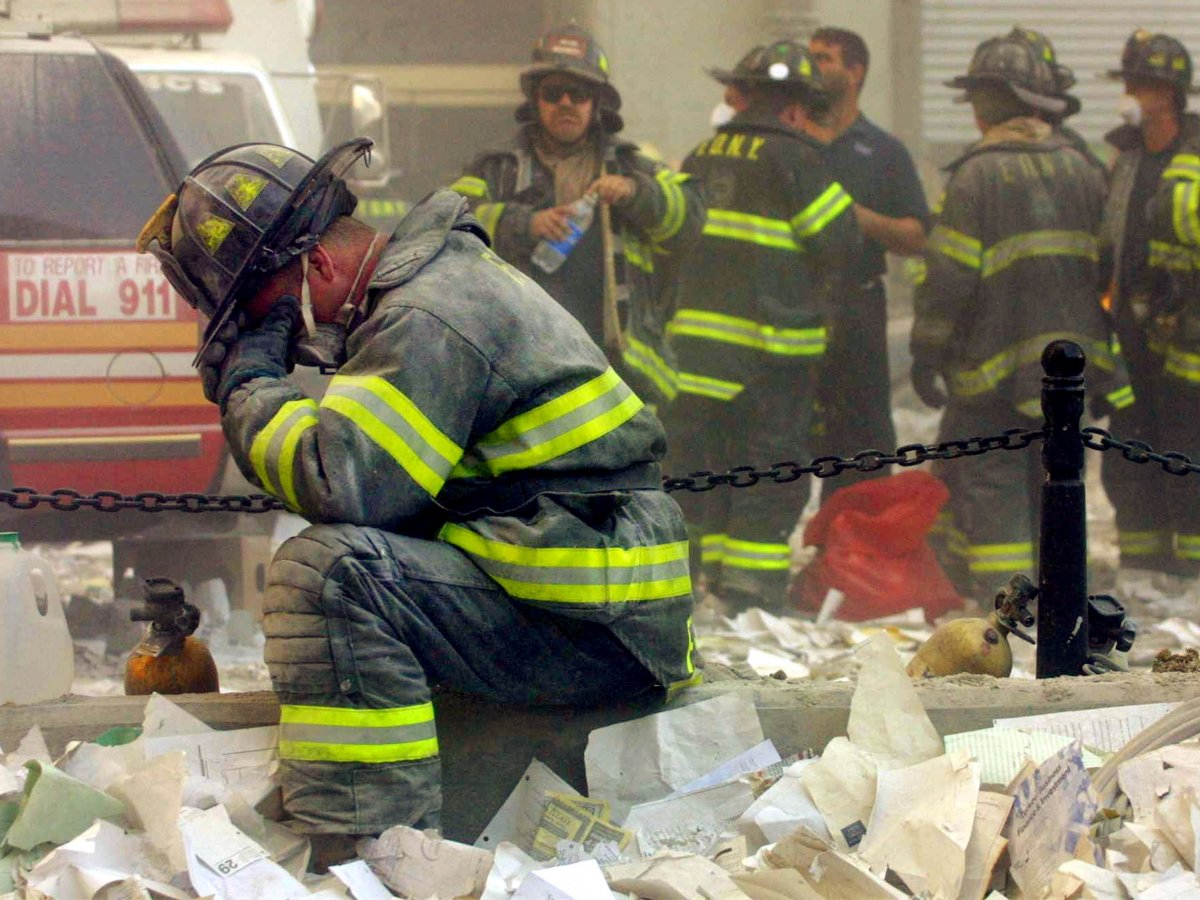 In the days that followed, rescue workers streamed into New York for neighboring cities and states. Scenes of horror as bodies were lifted from the rubble contrasted with signs of defiance as American flags were raised above the carnage. 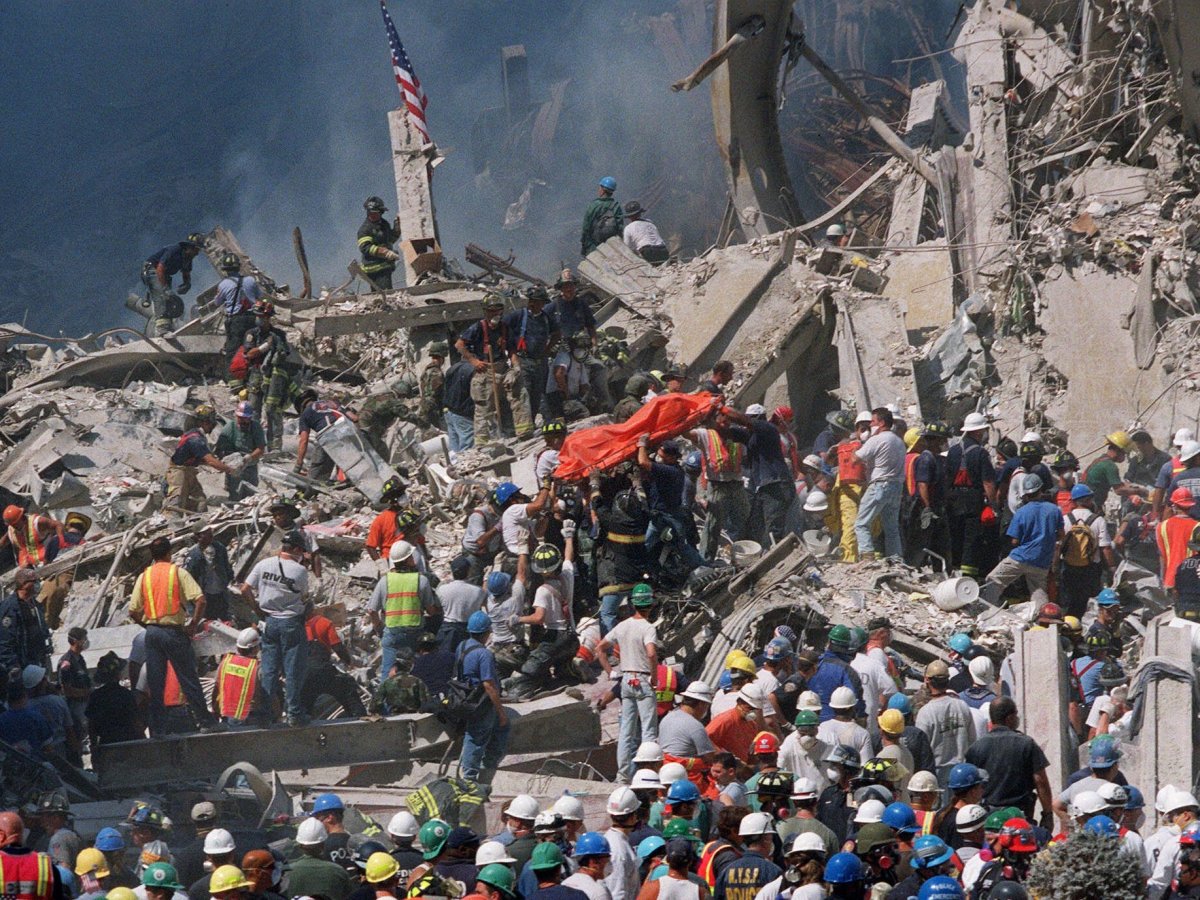 Loved ones posted photos of missing friends and family members, in the desperate hope that they might turn up alive. 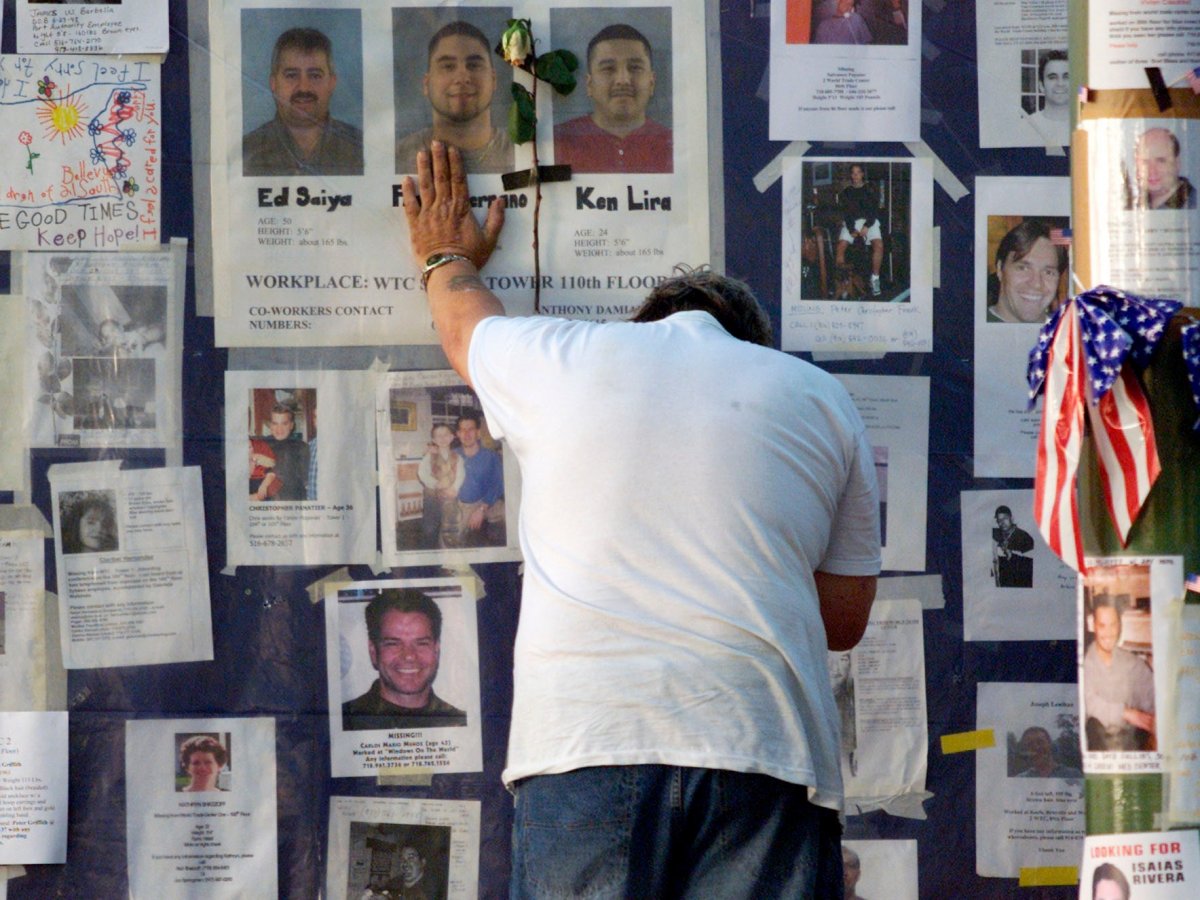 The city pulled together is a way that I had never witnessed before. We lined the streets to cheer on National Guard and rescue workers as they made their way into Manhattan and down to what became known as “Ground Zero.” 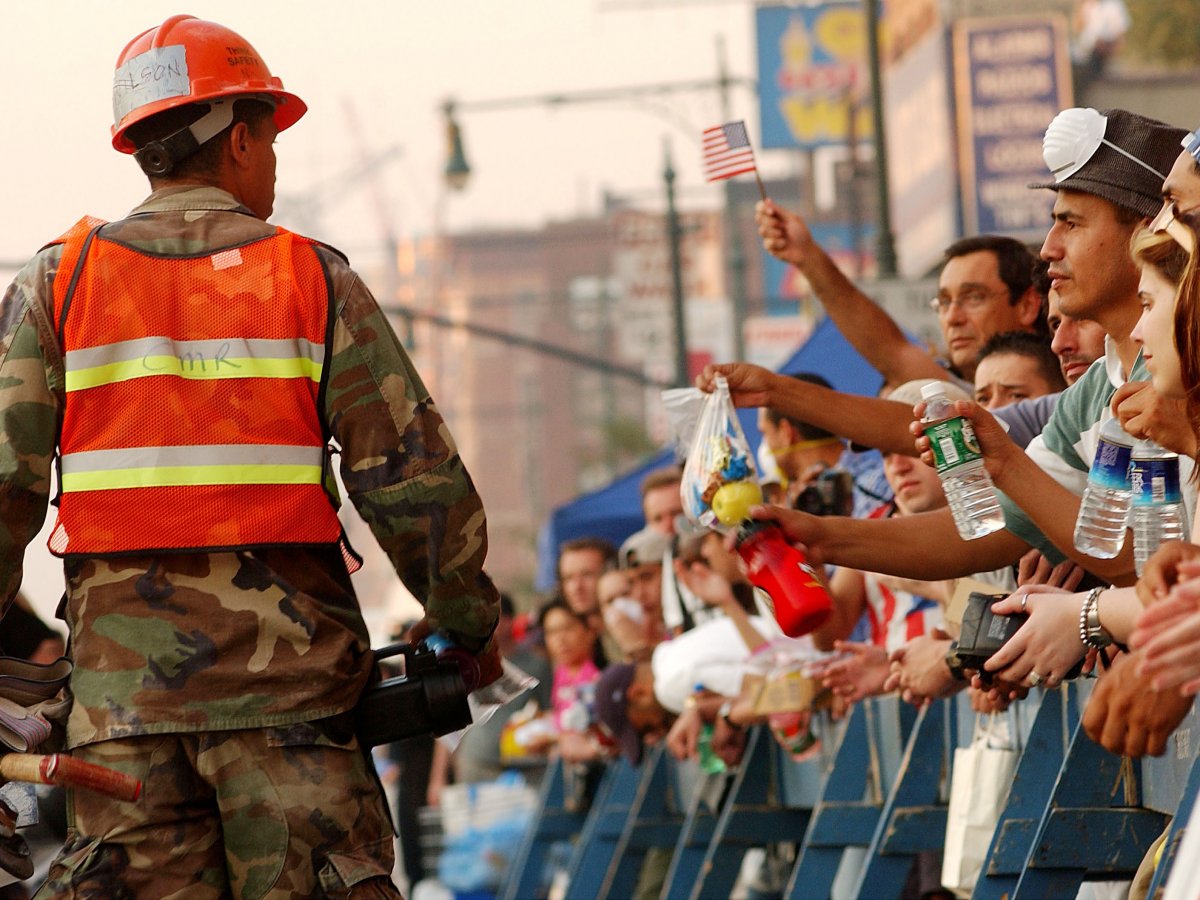 We also indulged our vengeful attitudes. Soon, the nation would go to war in Afghanistan.

The attacks weren’t limited to New York. The Pentagon also took a hit — 125 people were killed. 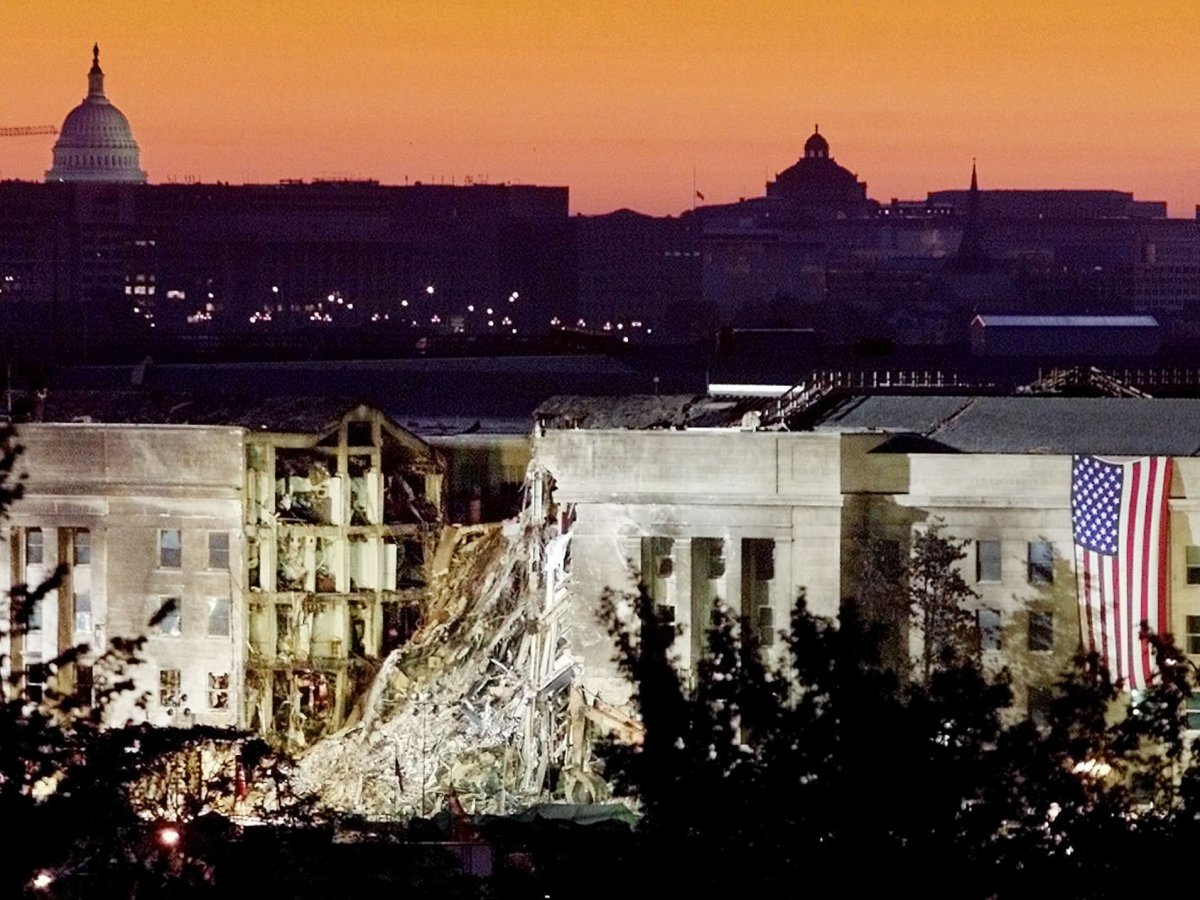 The scene at the Pentagon was equally horrifying, but the building itself remained standing. 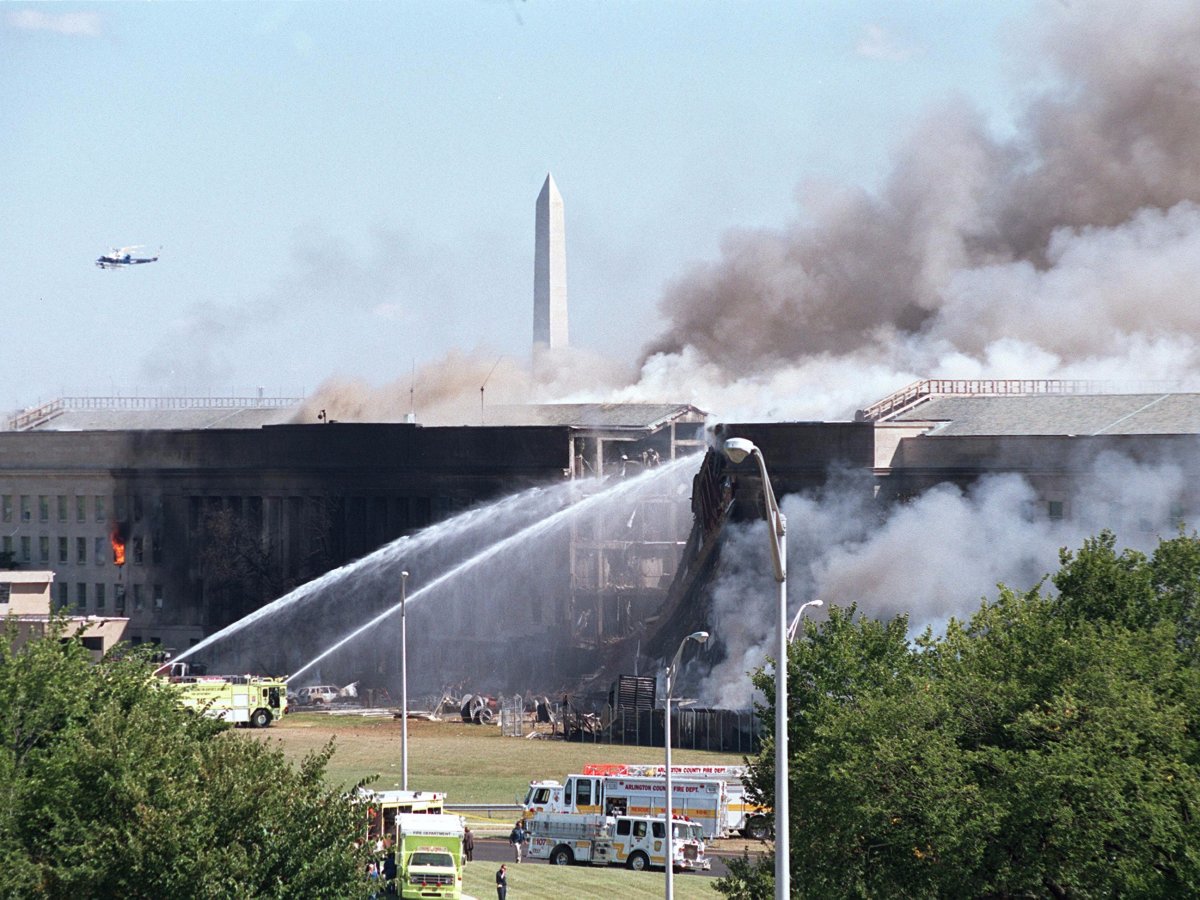 A new tower has risen at Ground Zero, along with a memorial. This has provided a lot of people with a welcome sense of closure. But it’s not enough to make me forget that terrible day; the lives that were lost, and how America was changed. 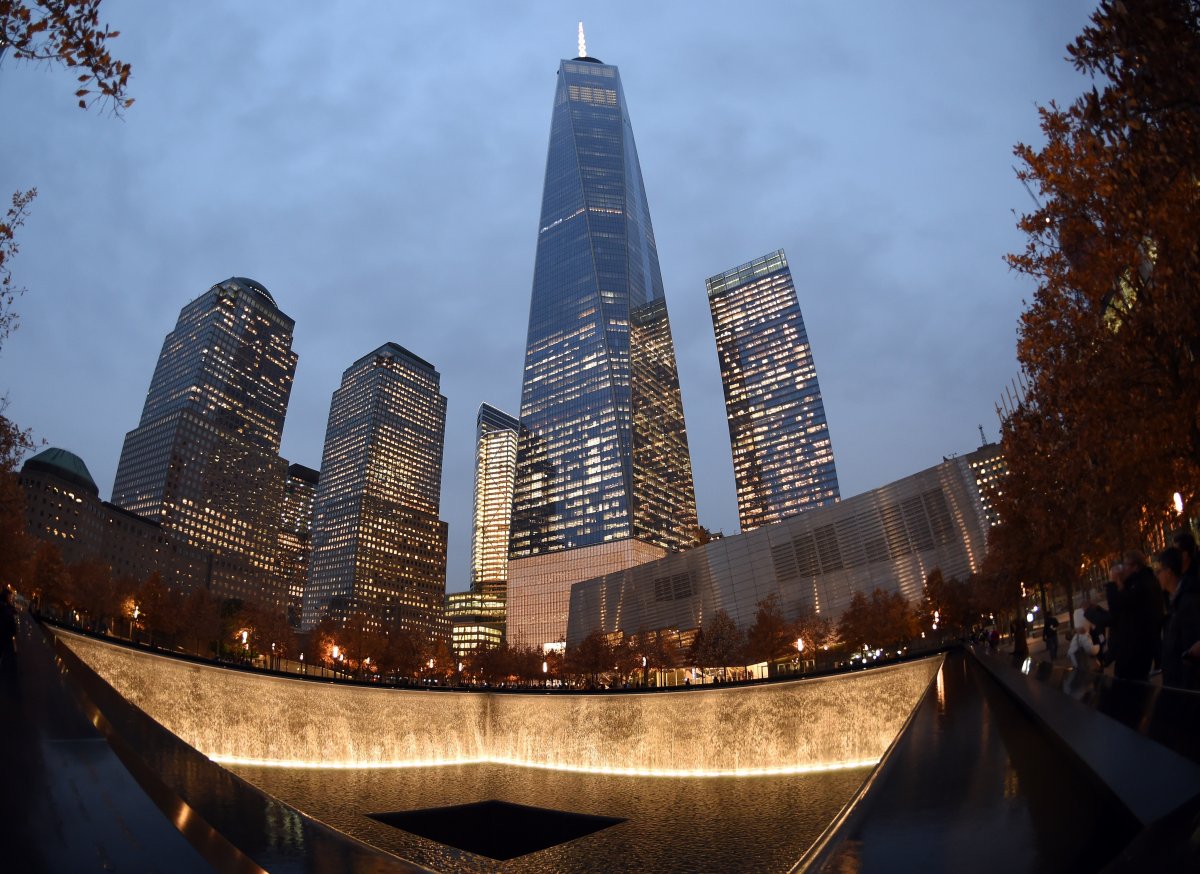