It is located in Playa Señoritas, a beach near Lima, Peru. 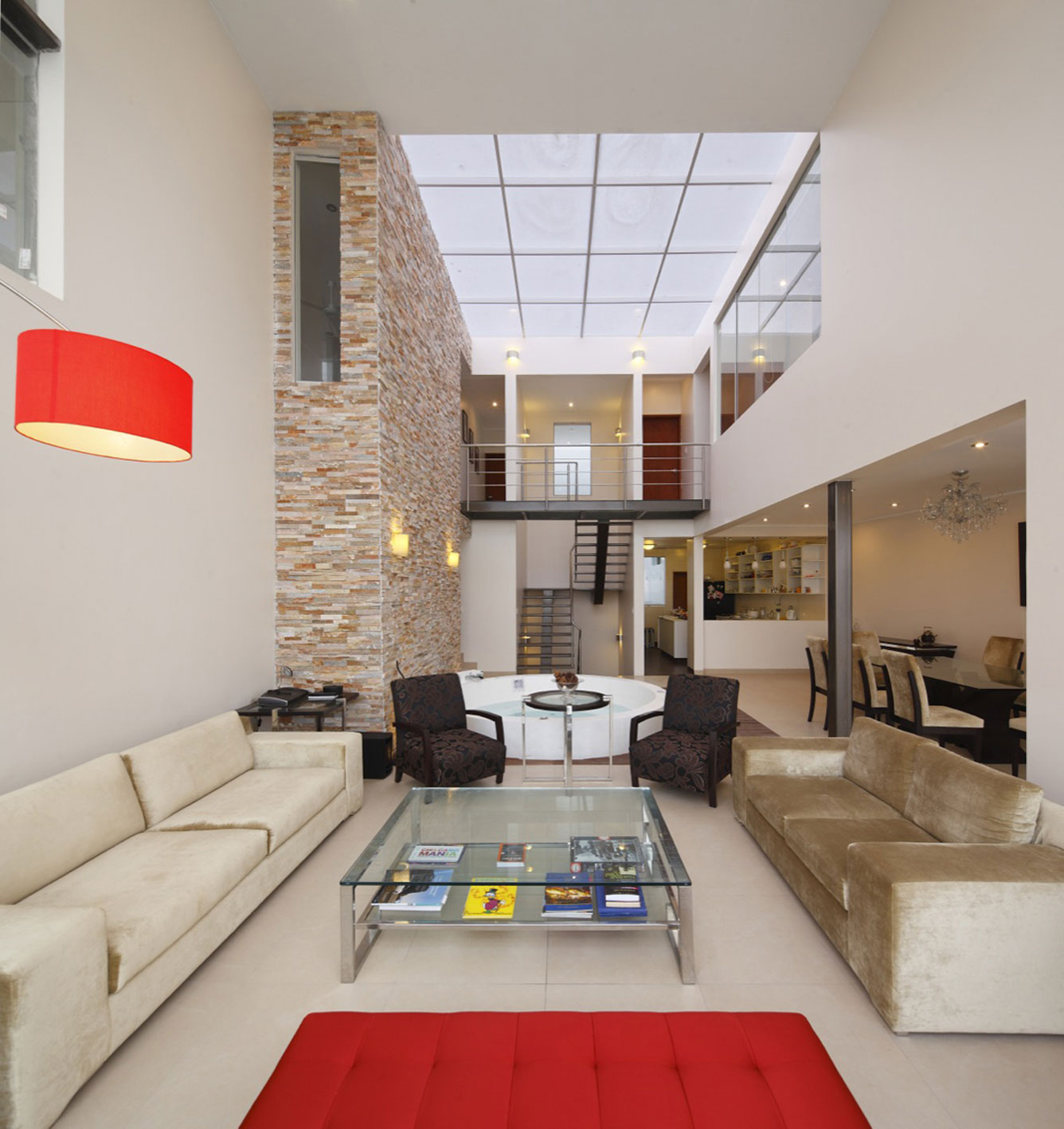 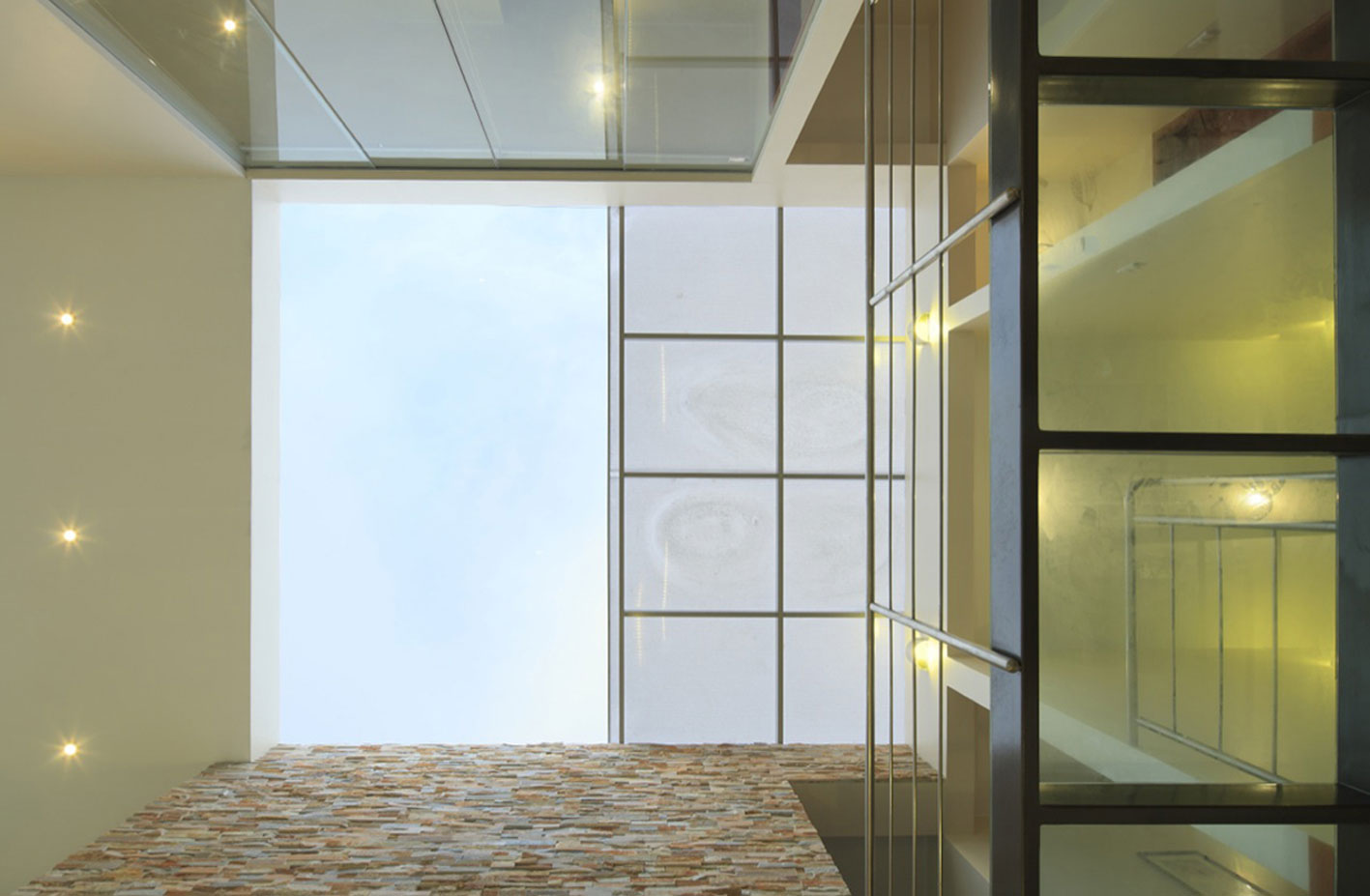 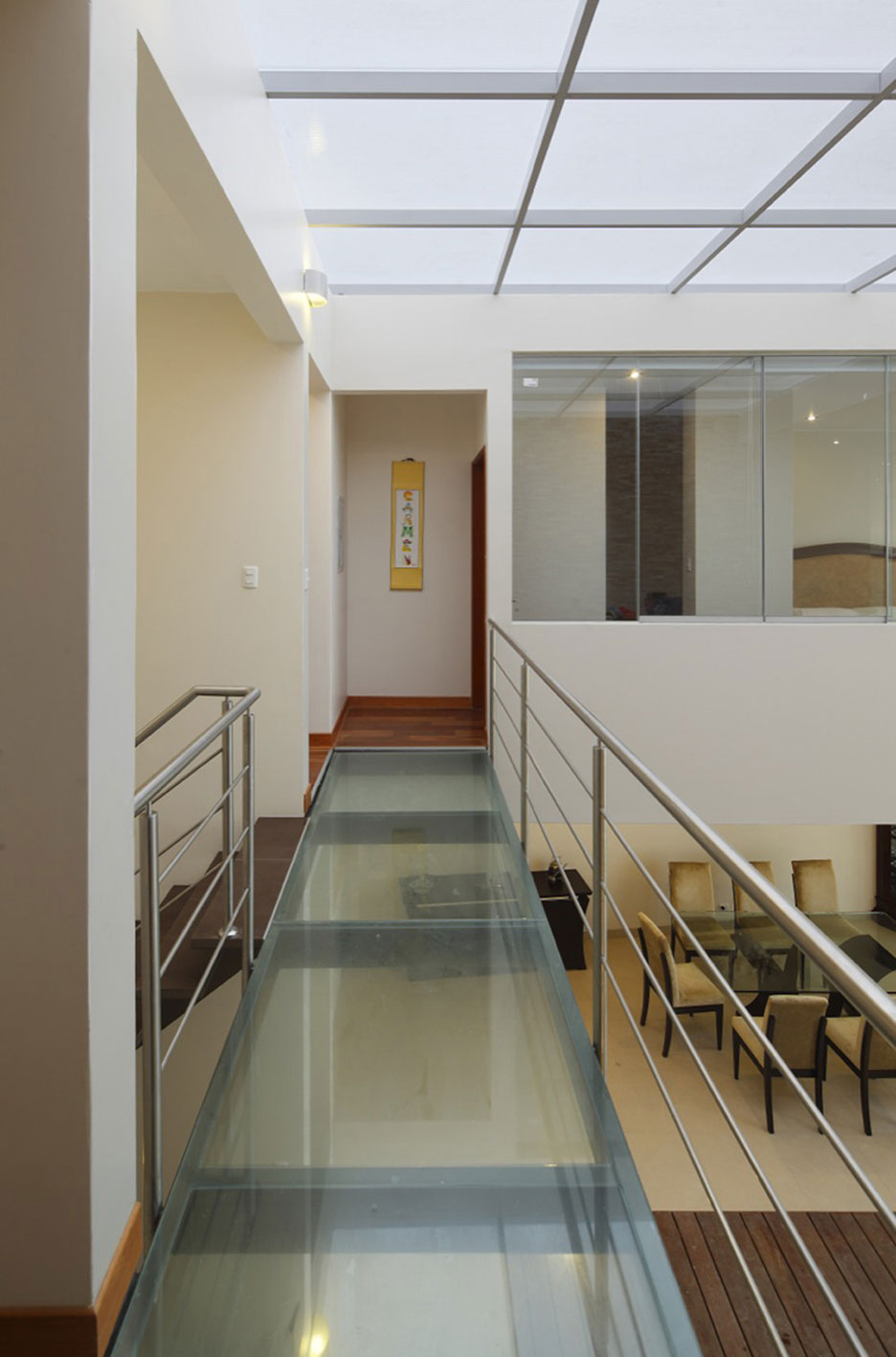 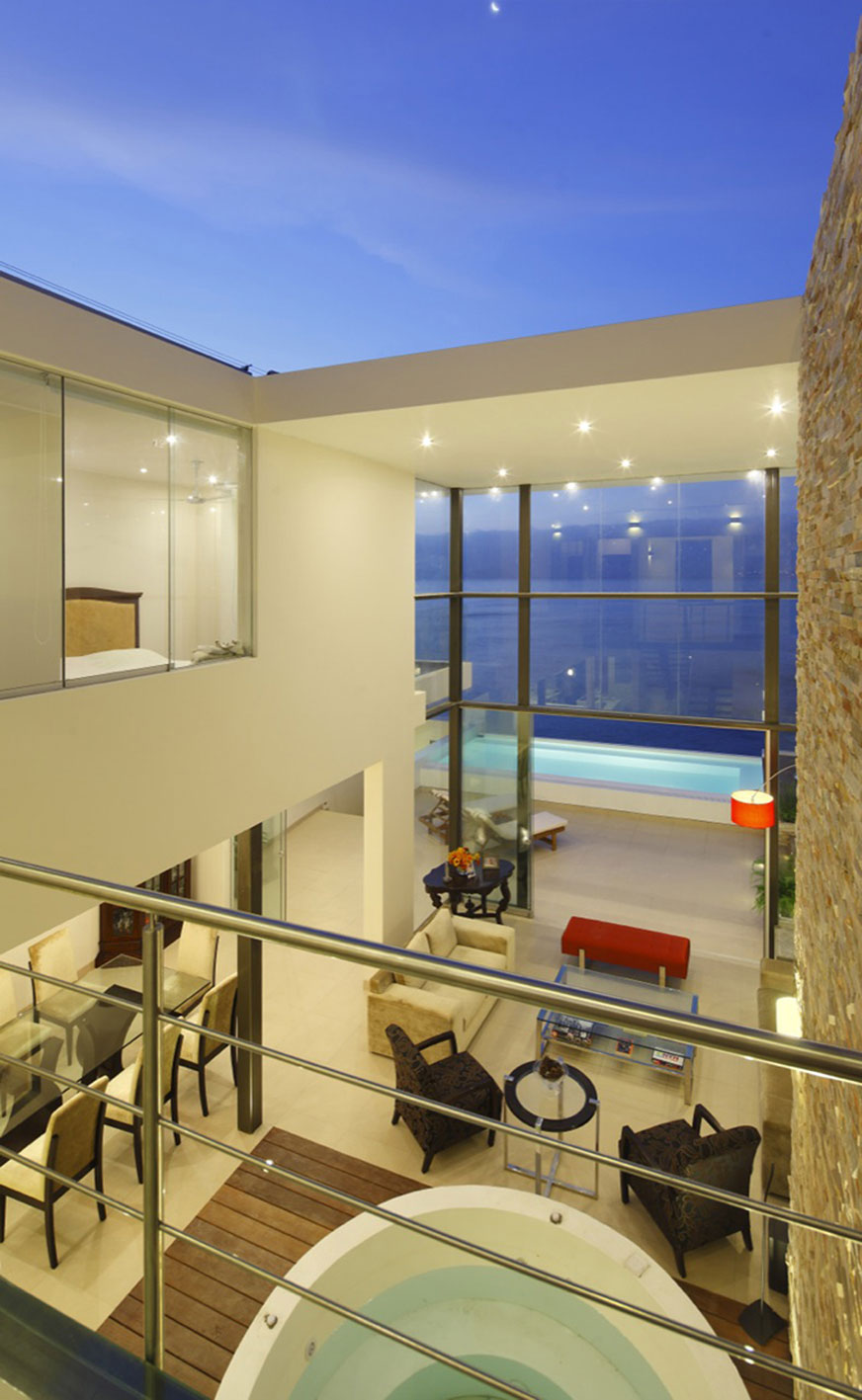 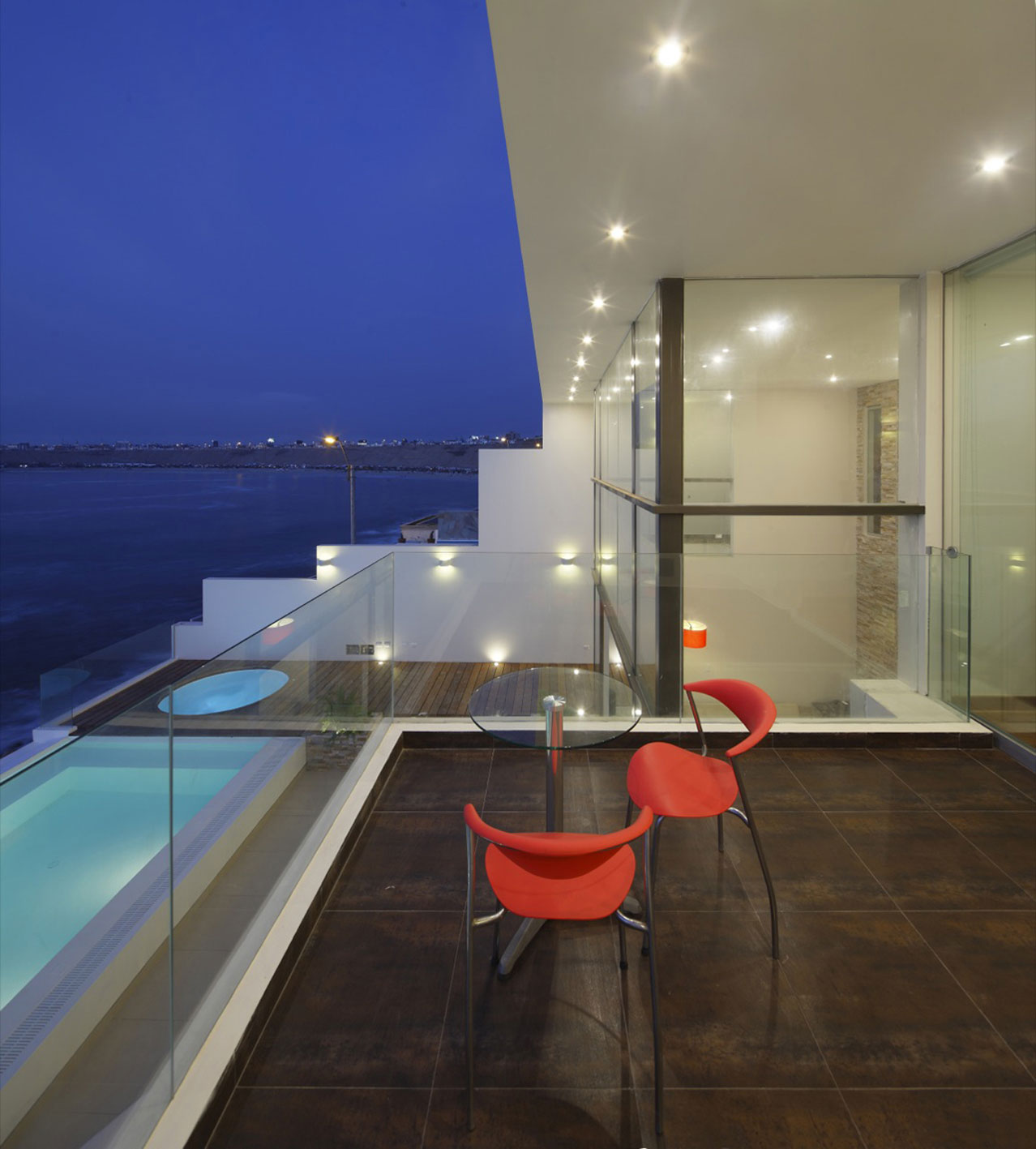 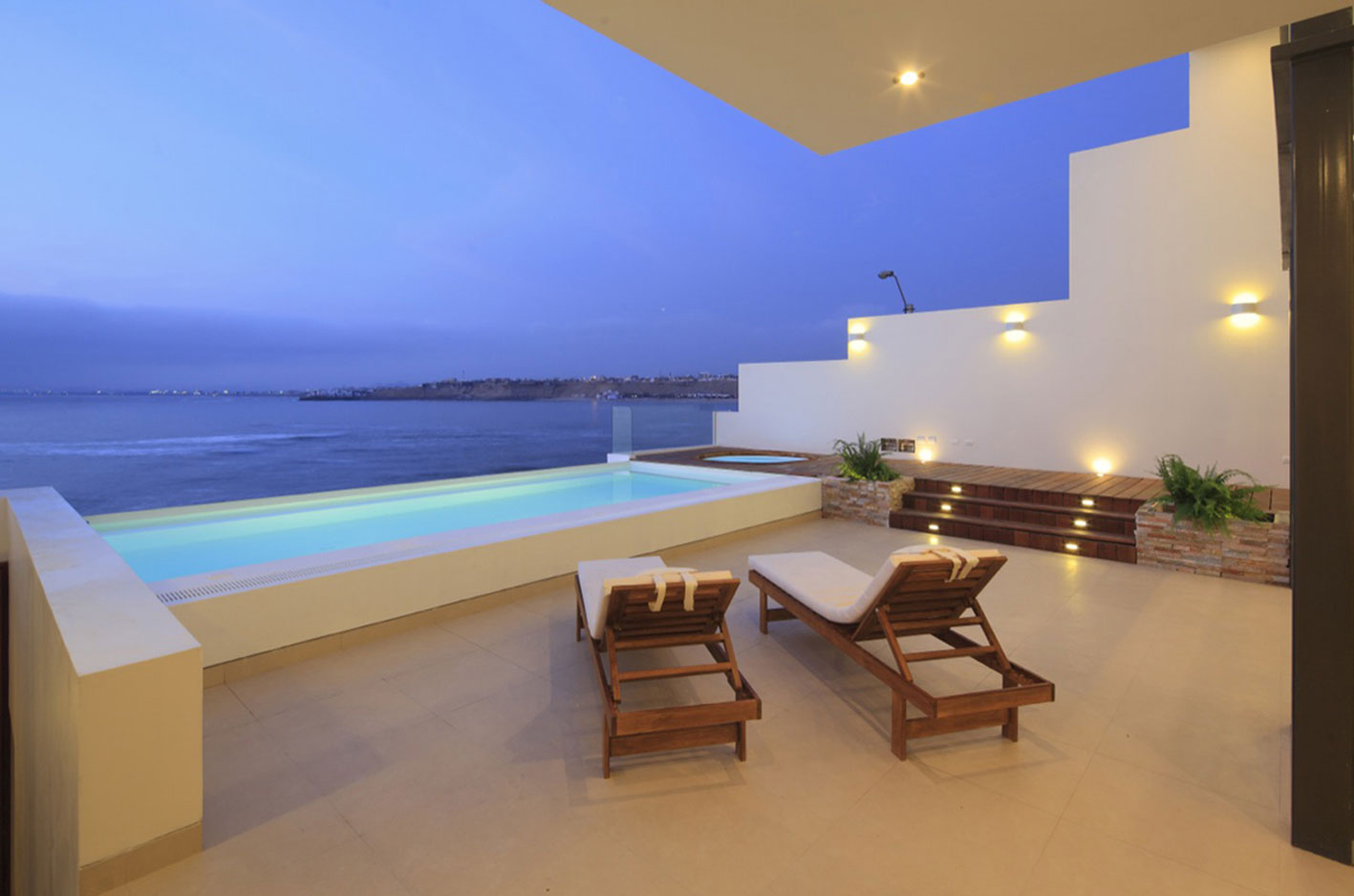 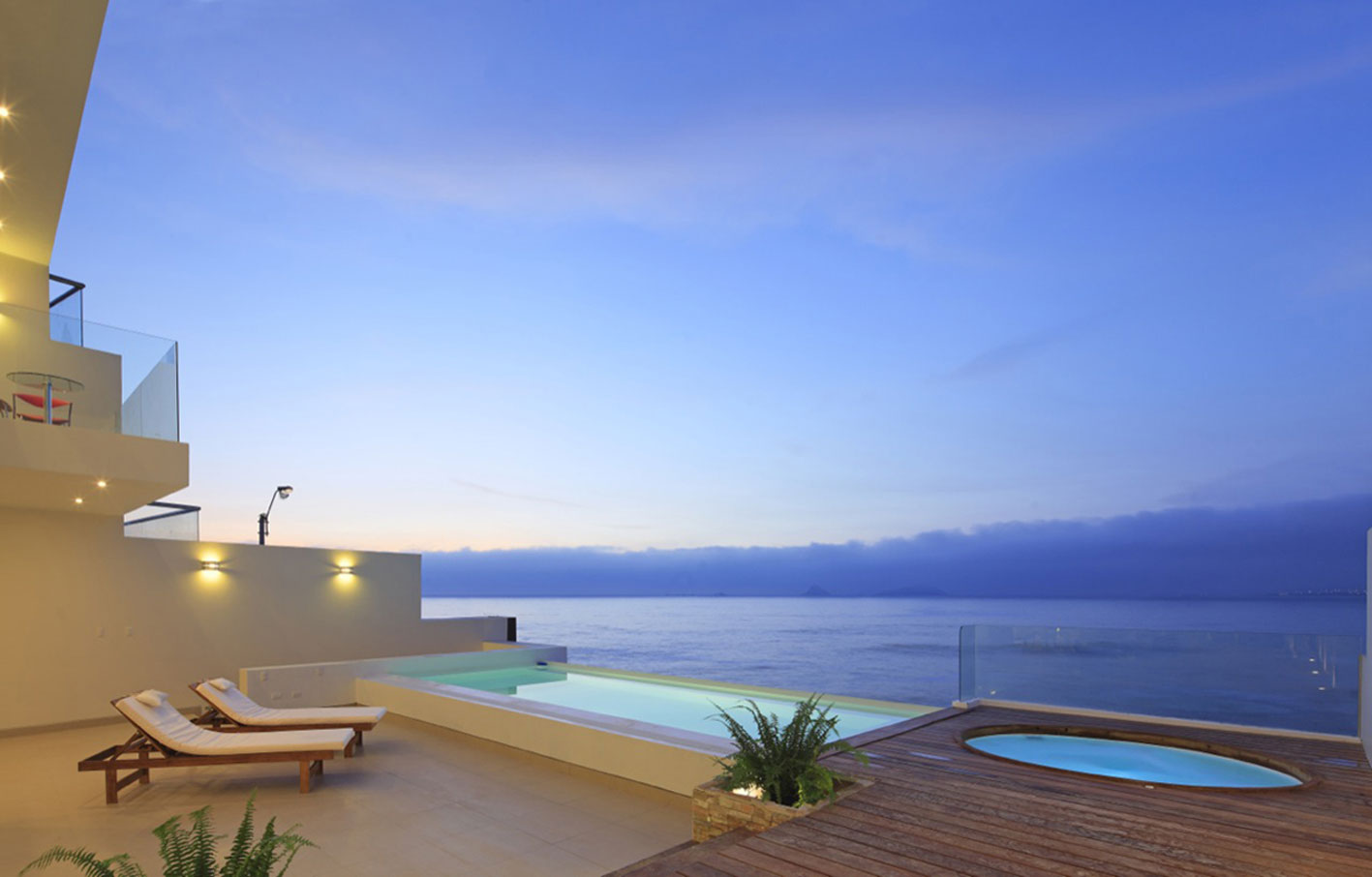 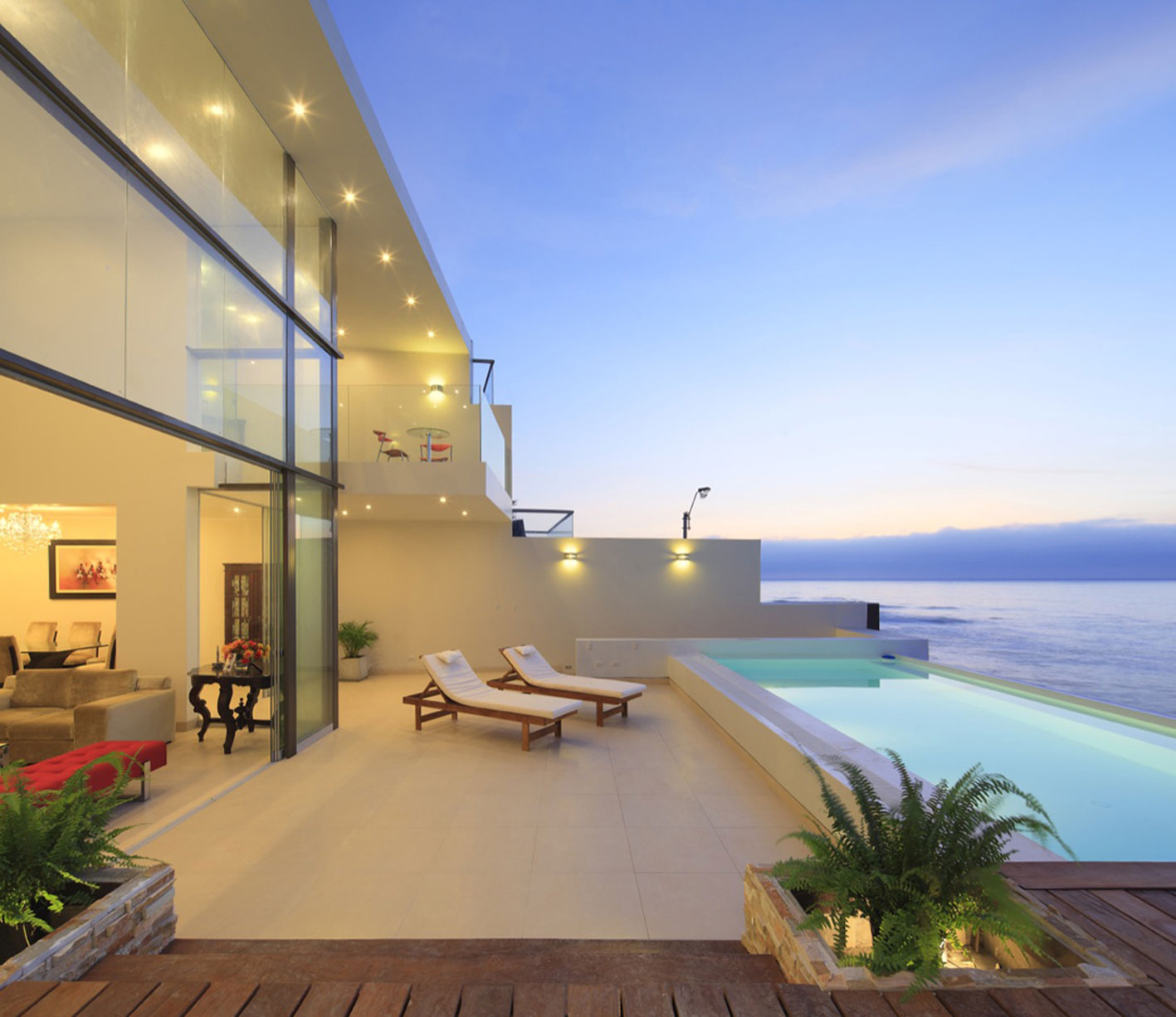 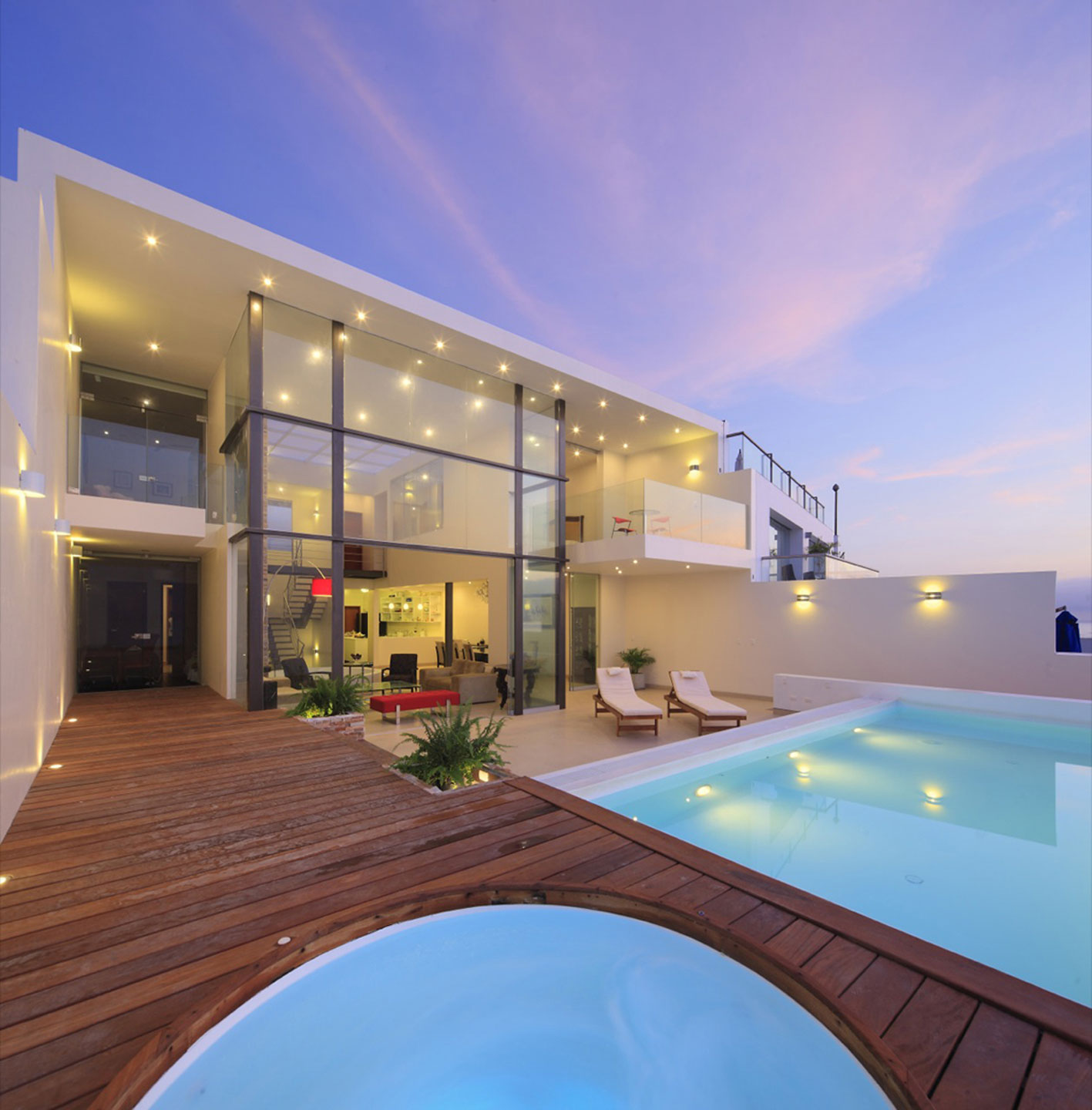 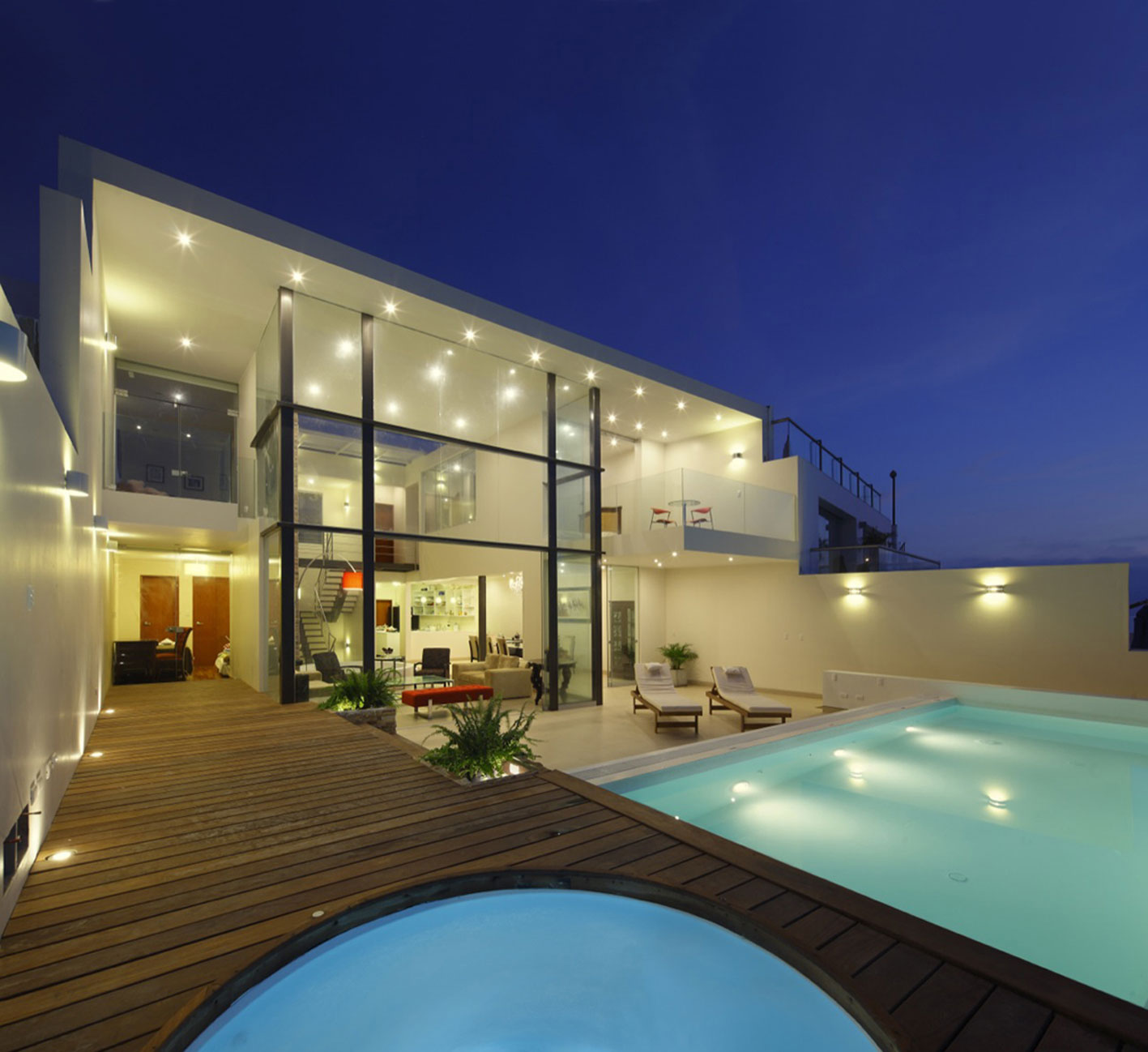 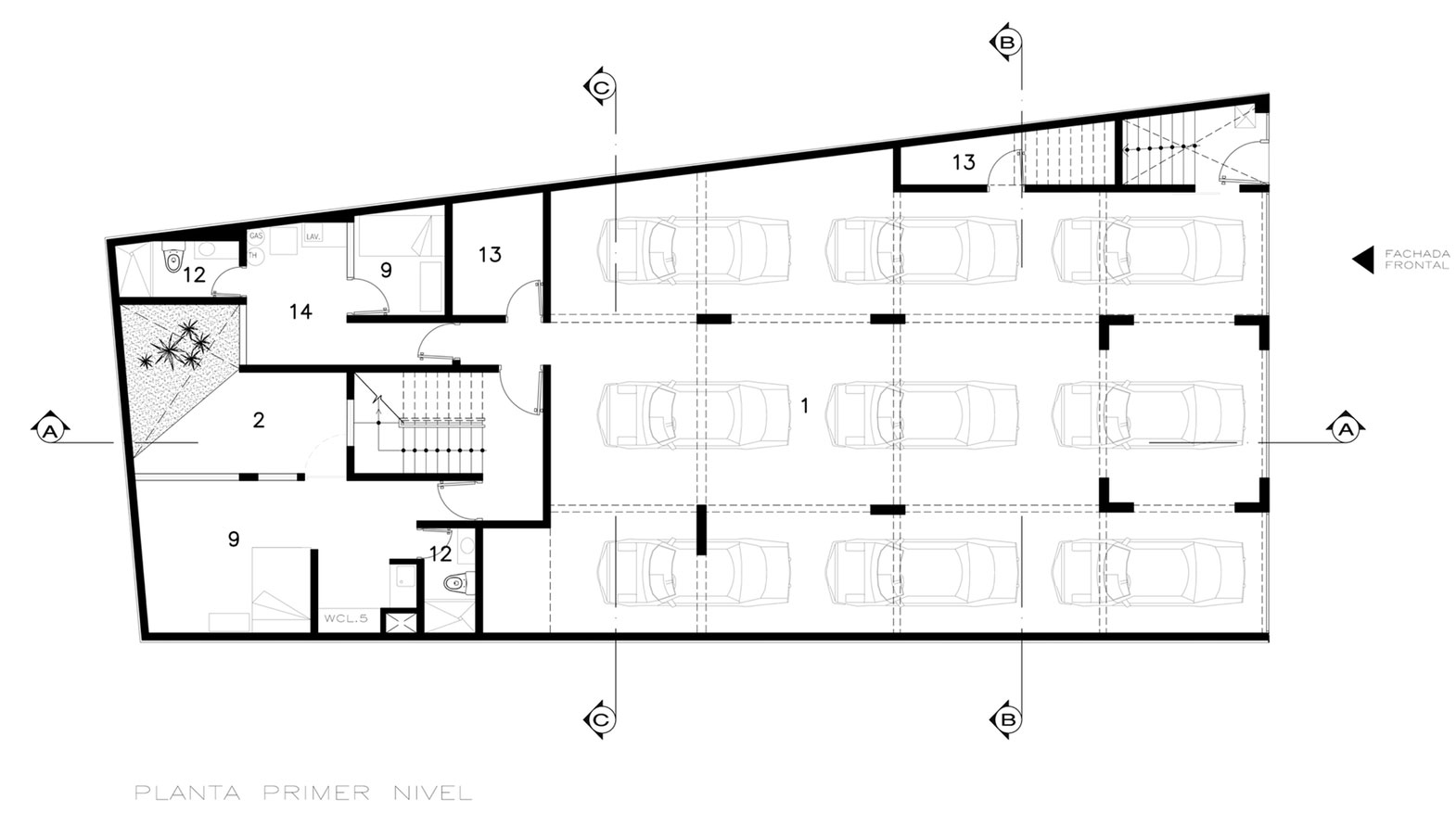 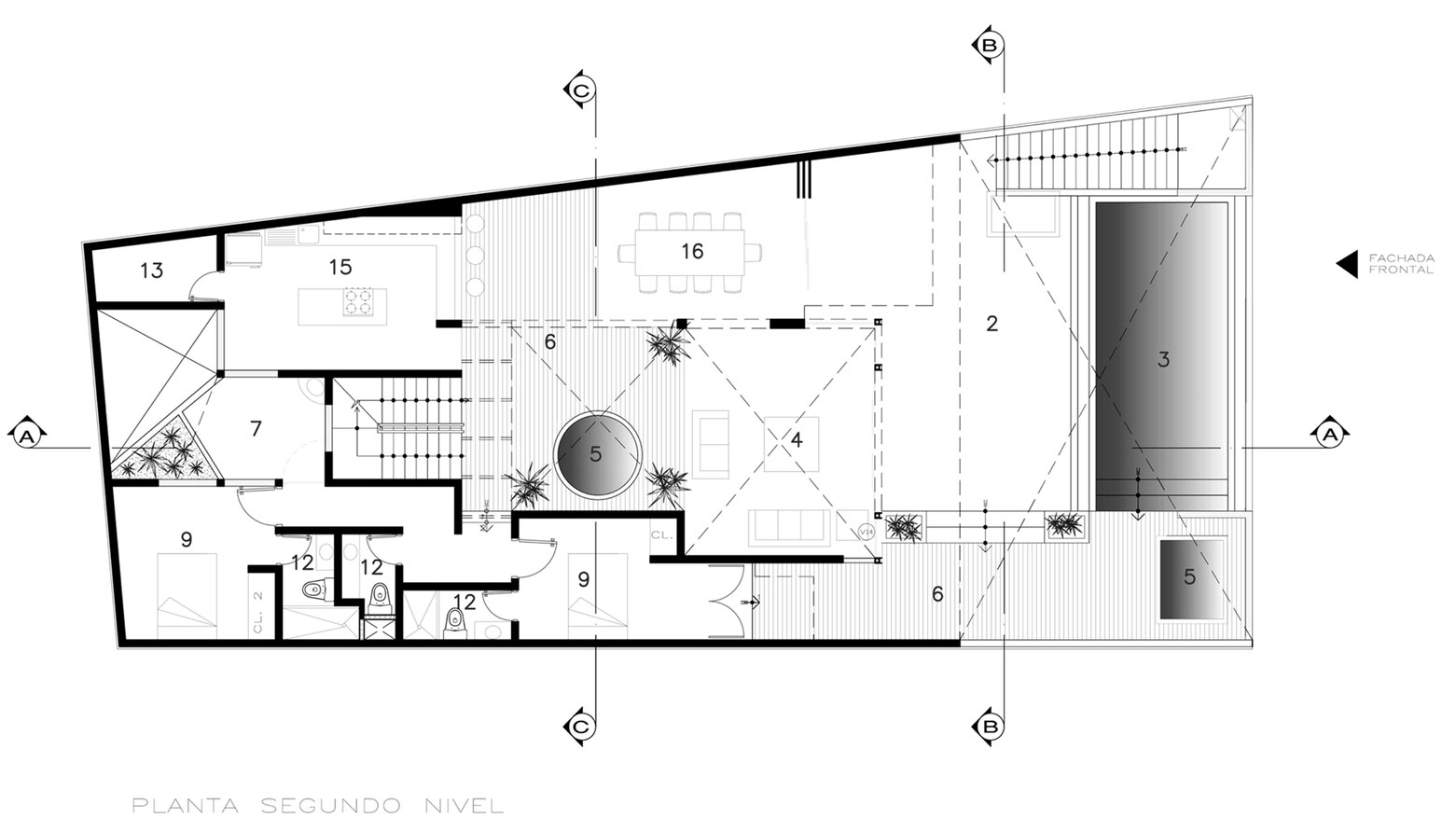 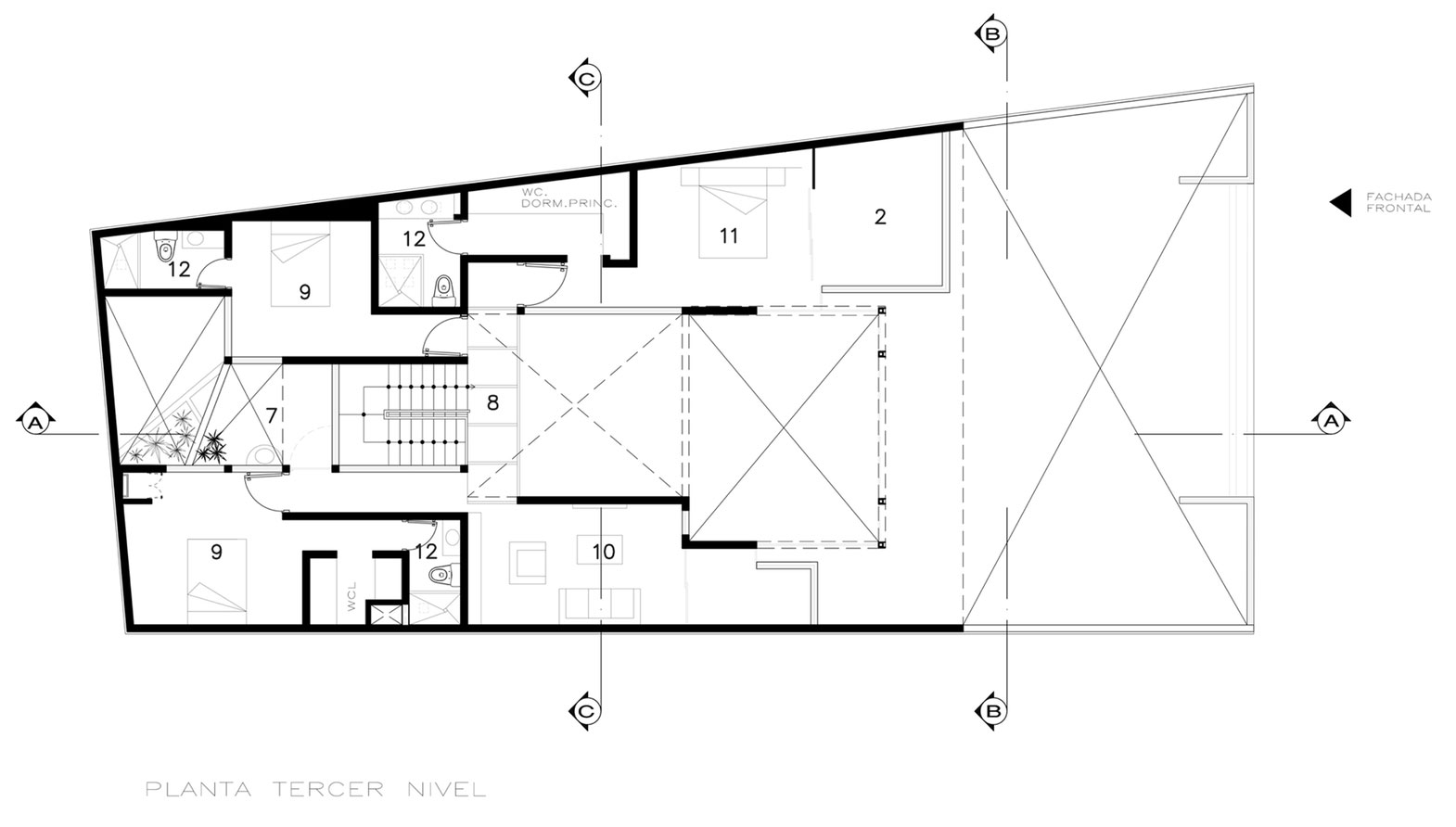 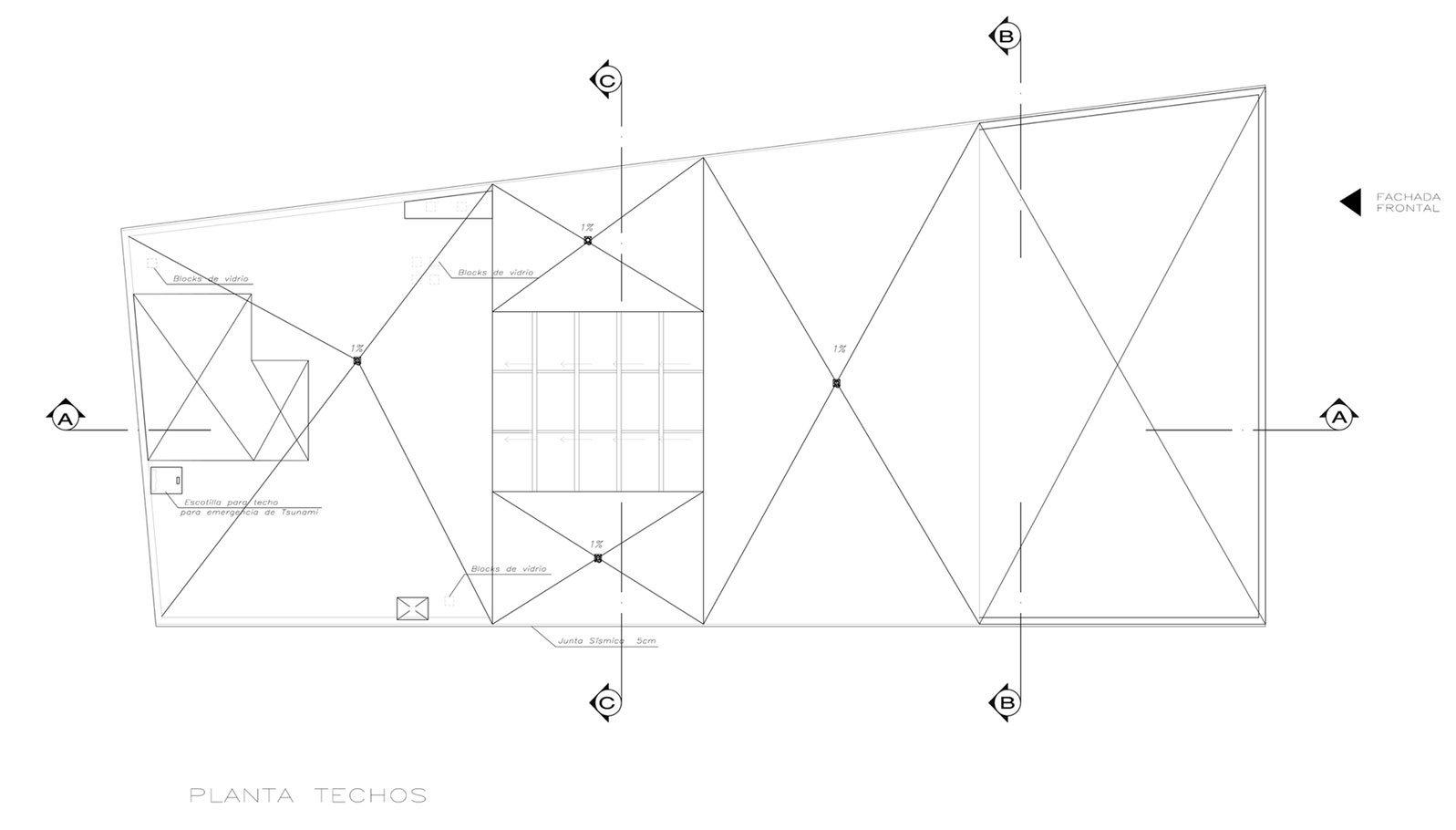 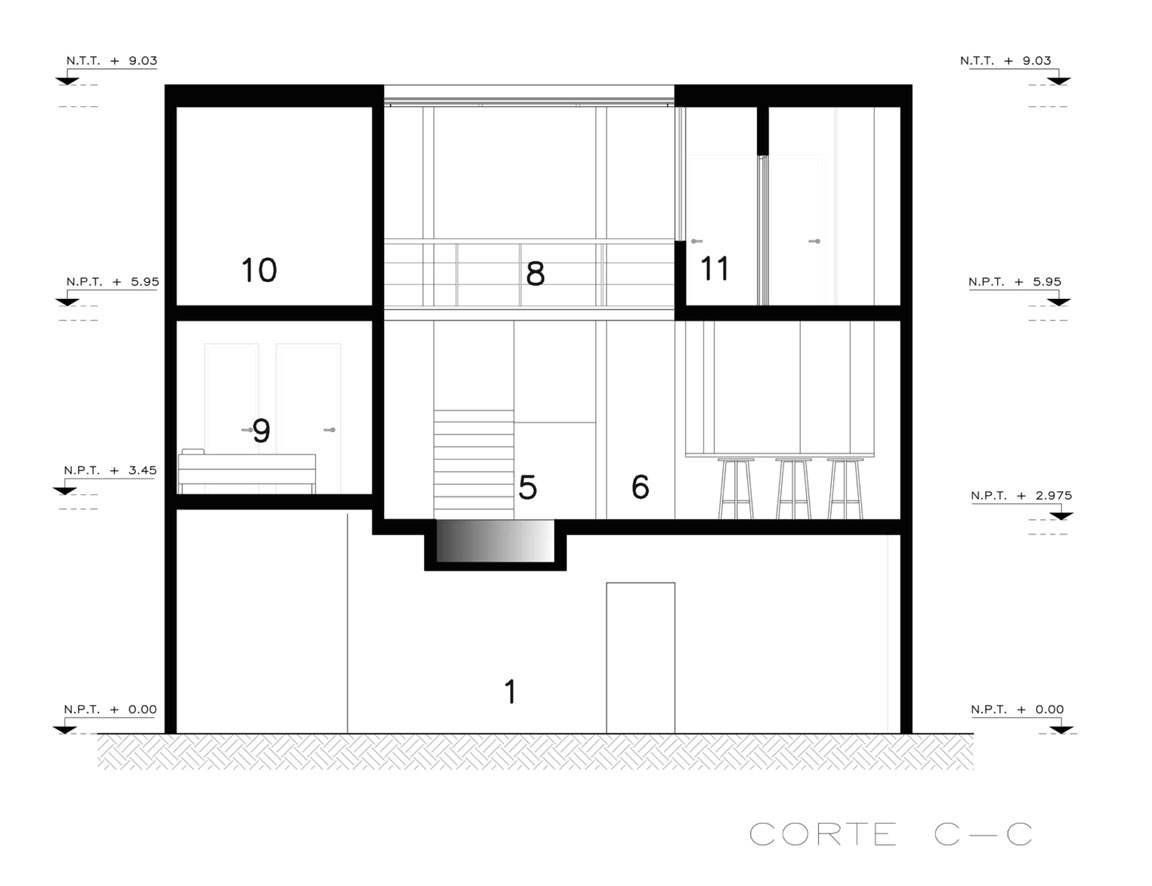 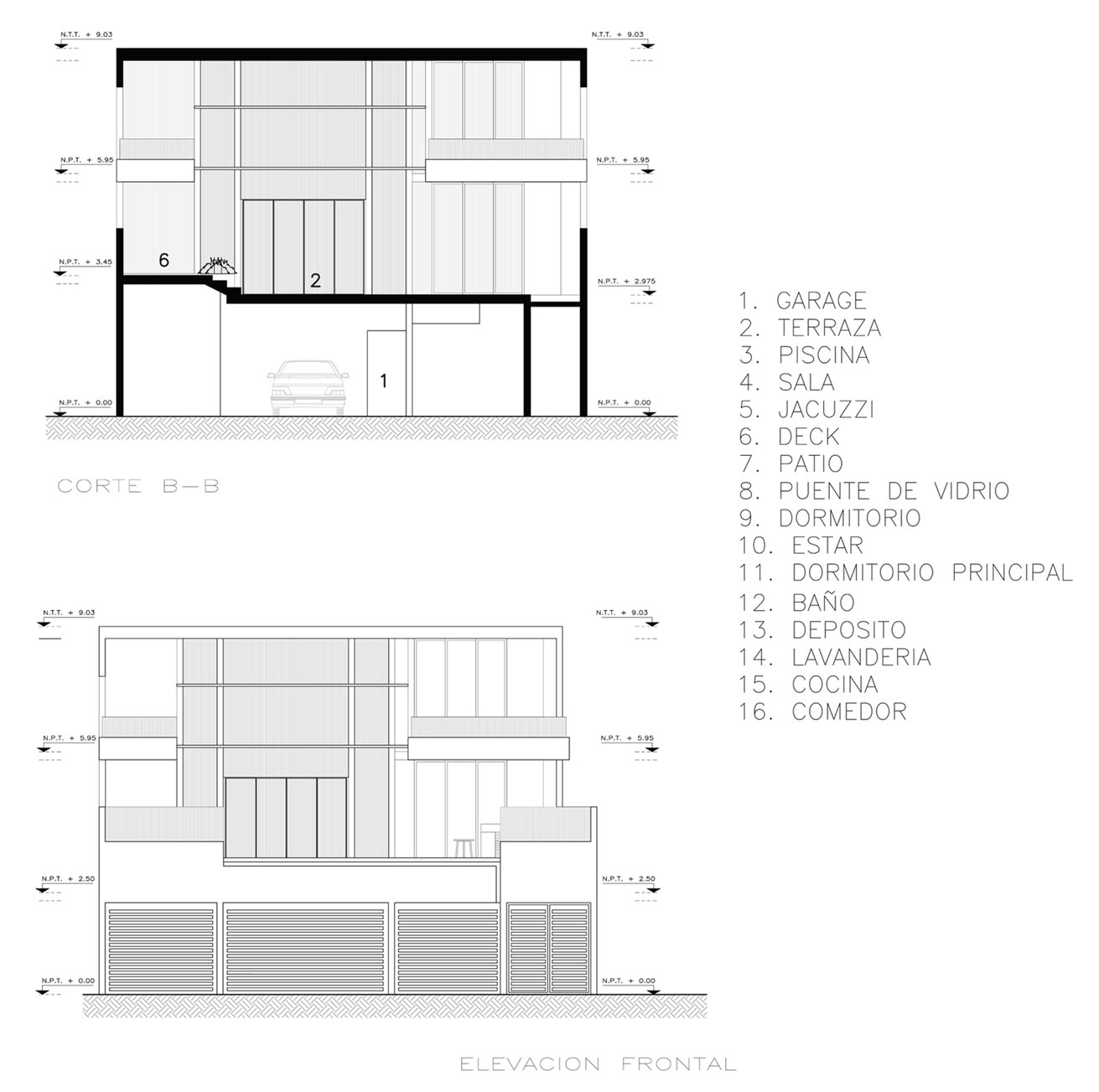 “Designed as a project with great spatiality, this home is based on the concept of a large self-supporting glass box which supports the concrete roof, that surrounds it with side transparencies, and with an aperture of a retractable roof that reinforces the idea of full transparency.

The house will be occupied all year despite being a temporary residence, thus it is equipped with a system that conditions the environments naturally. The central roof is operable to release hot air; the entry of cold air is allowed through the screens of the glass facade overlooking the sea. In winter, the entire glass box collects heat from the environment and as it remains closed, maintains the heat creating a greenhouse effect.

This temporary residence, located in the first row on Señoritas beach, has a site area of 270.30 m2 (2,910 ft2). The project proposes a house with integrated environments, spread over three levels, which are connected to the sea horizon view. The design is based on a central, double height living room – interior terrace, through which one can register the exterior. This terrace has a differentiated floor, a deck, where there is a jacuzzi and a retractable roof, made of translucent polycarbonate and aluminum, that will remain open in the summer and when closed, it will protect the house when it is uninhabited. In winter it protects from the cold, fostering a warm and lit atmosphere. At the same time, it allows for adequate cross ventilation to cool the house in high temperatures. We propose a large outdoor terrace with a deck and an elongated pool with a jacuzzi. A staircase leads to the outside, with direct access to the terrace and garage on the first floor.

The first level, where the garage is, has an open courtyard connected to the laundry, a bedroom with a bathroom and a service area with a bathroom and storage area. From there, a staircase connects the three levels of the house. The garage houses up to six cars. The second level includes the social environments, kitchen with pantry, and to the left, two bedrooms and the terrace area. The third level has a glass bridge that connects the left and right wings, and looks over the double height. To the right, overlooking the sea, is the master bedroom and bathroom. It has a large terrace. To the back, there is another bedroom with bathroom. On the left, at the front we propose a family room with terrace, and the back, another bedroom with bathroom. We include a corridor to an additional laundry for beachwear. Likewise, in the third bedroom, we have placed a ladder within a closet for tsunami emergency preparedness. Formally, the house has a large roof with a solid appearance. This contrasts with the lightness of the iron column structure of the living room. This roof, which covers the terraces in front of the bedrooms, favors them with the incidence of solar rays.”