by Architect K.A.
Reading Time: 4 mins read
0 0
A A
2
SHARES
31
VIEWS
Share on FacebookShare on TwitterPin to Pinterest

Green Screen House was designed by Hideo Kumaki Architect Office, and is located in Saitama, Japan.

A section of the home’s back yard is shrouded in a green screen of vines and leaves, thus earning its name, and providing the shaded section with relief from the sun. 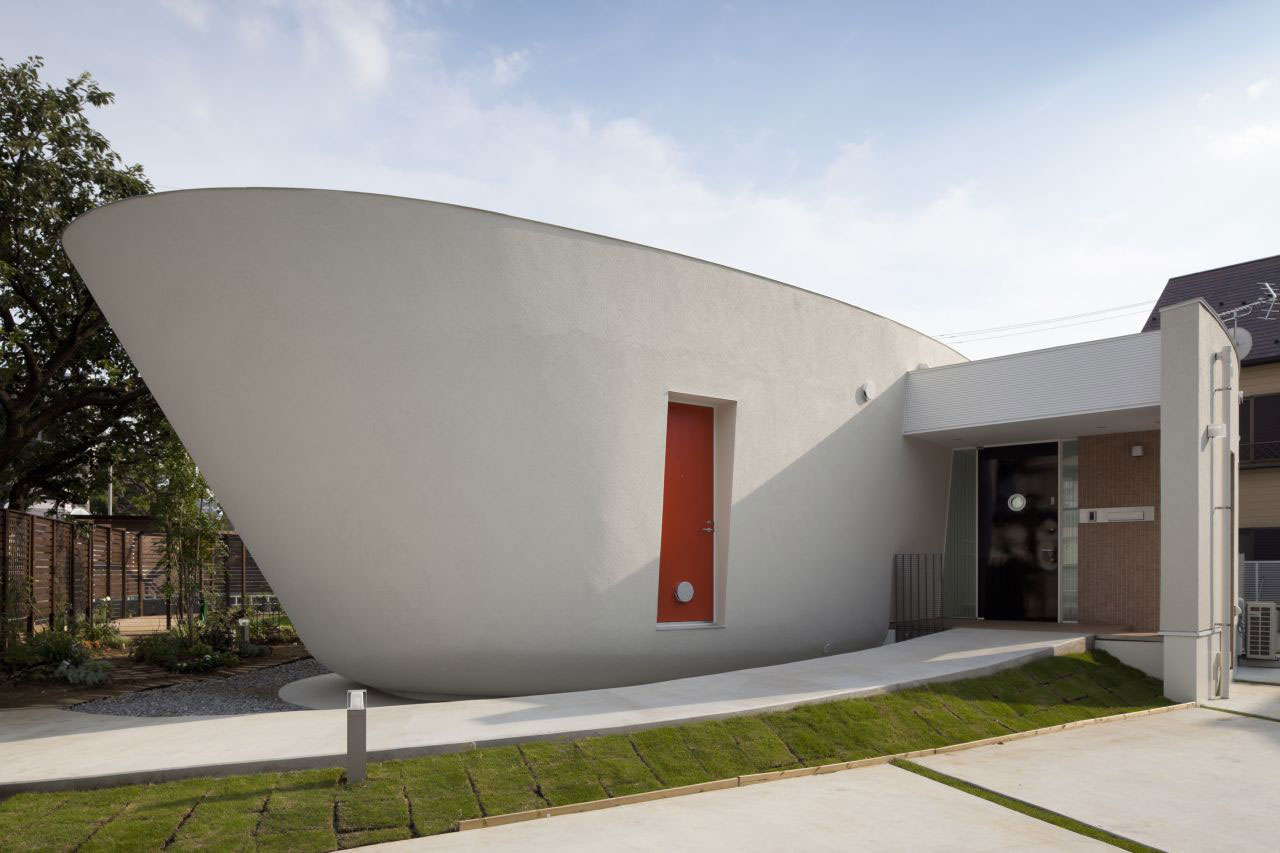 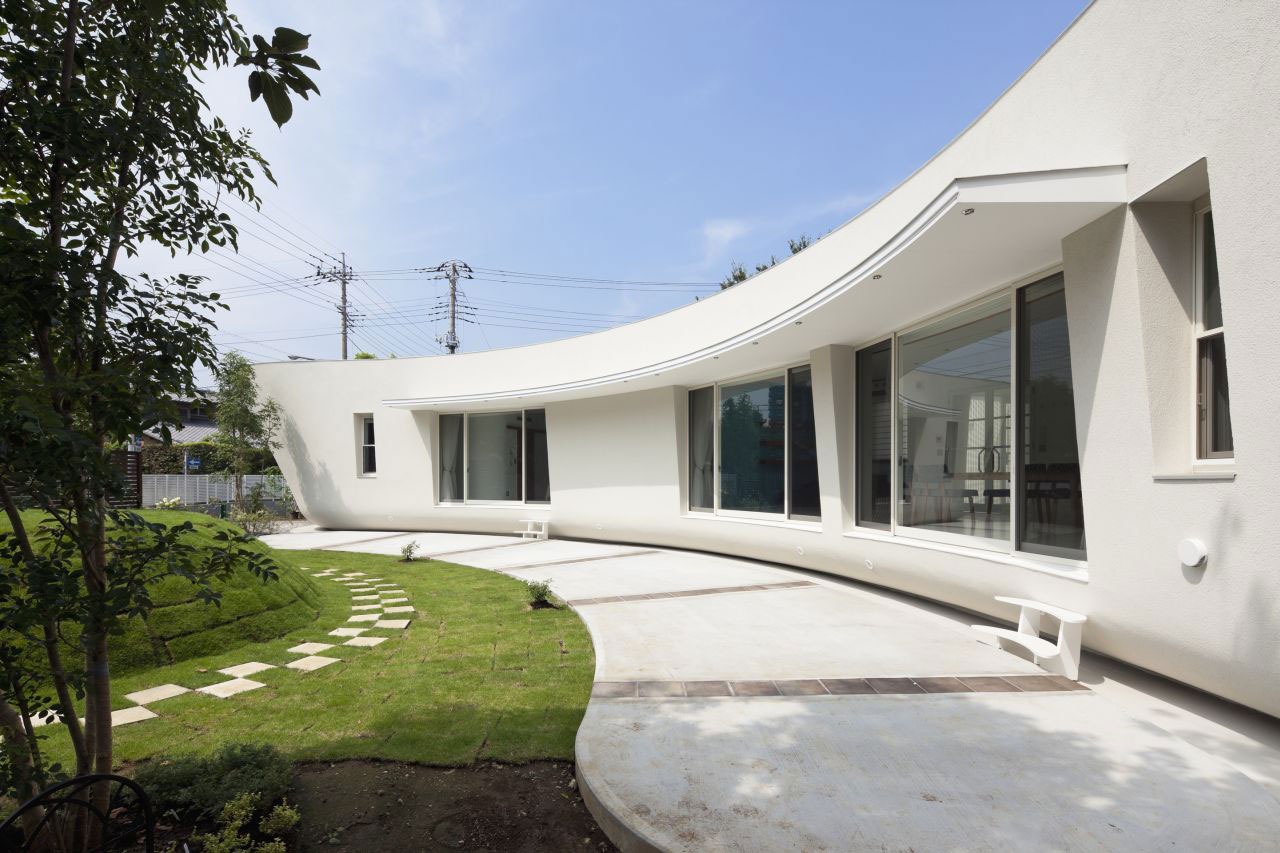 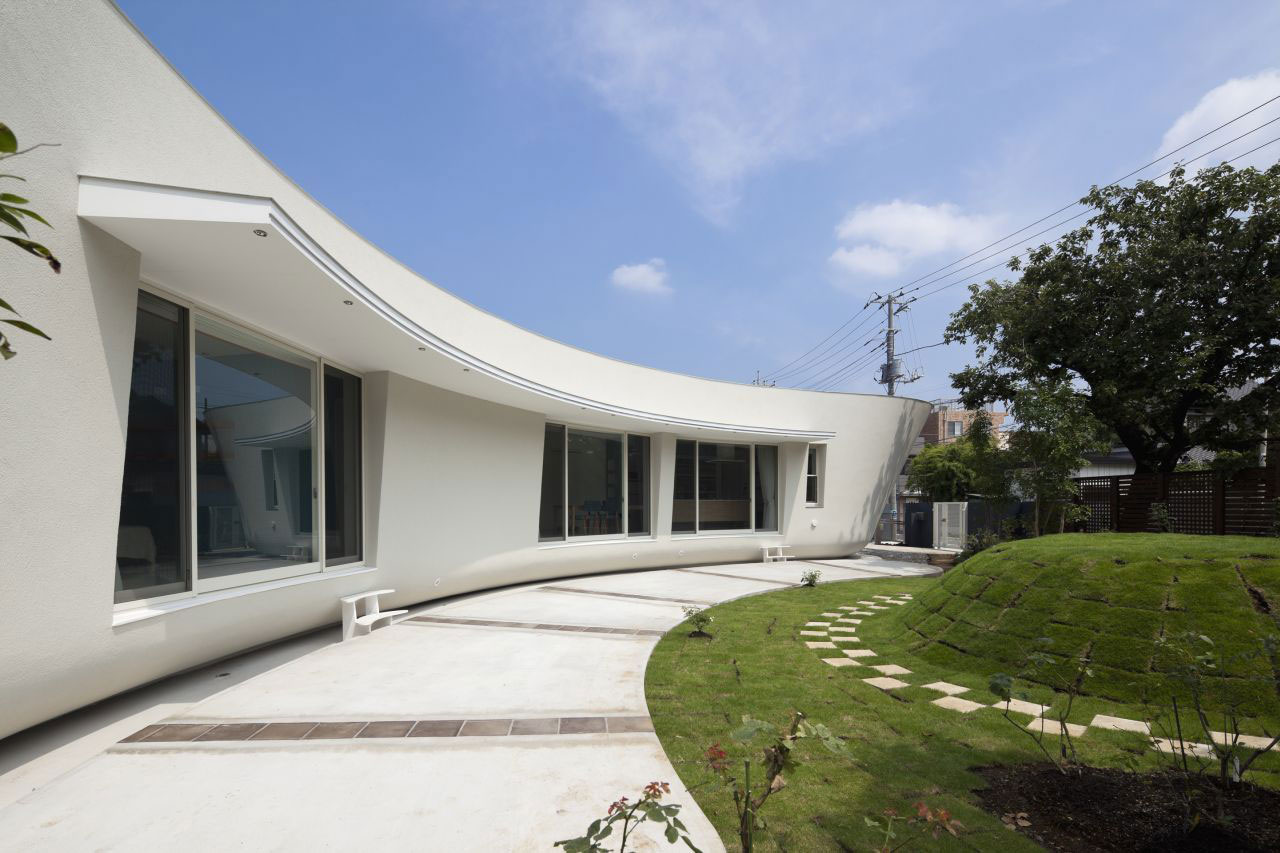 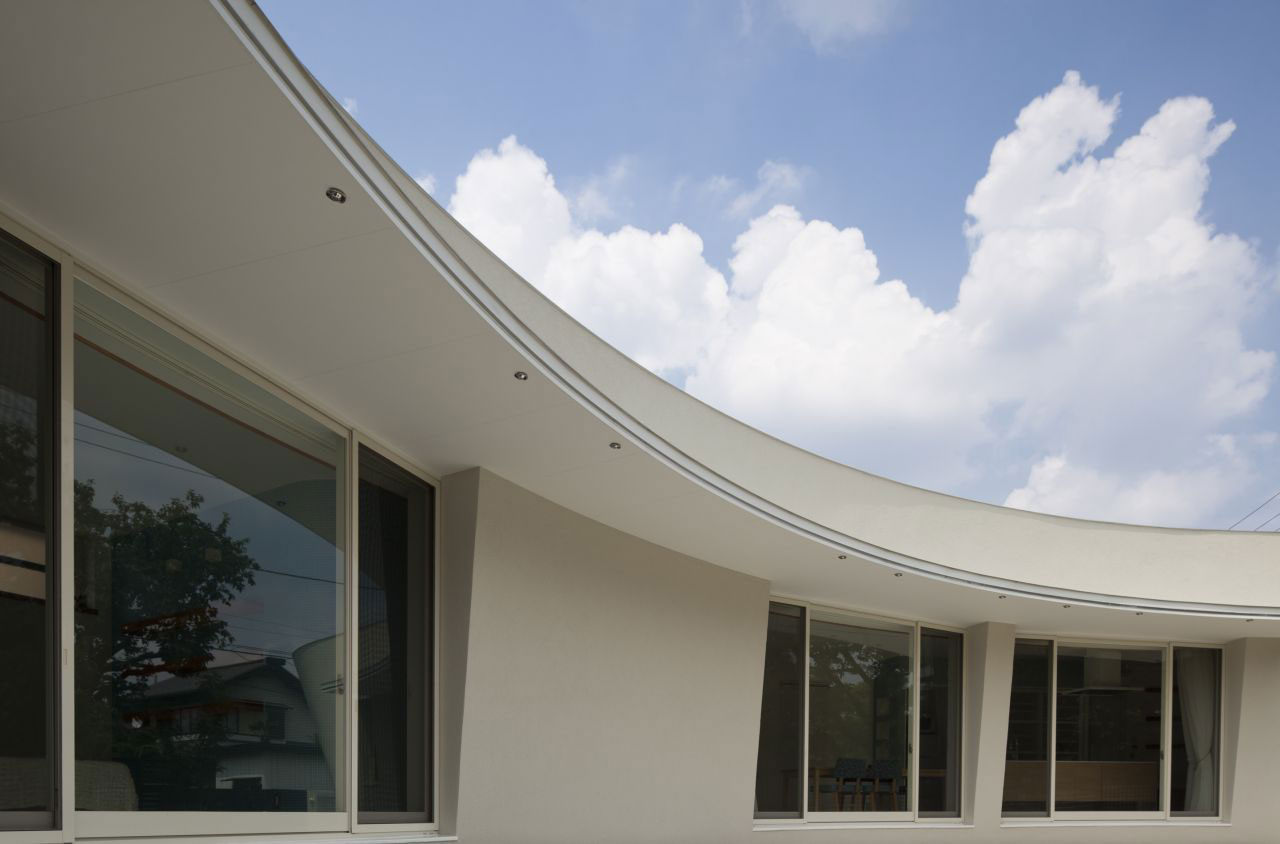 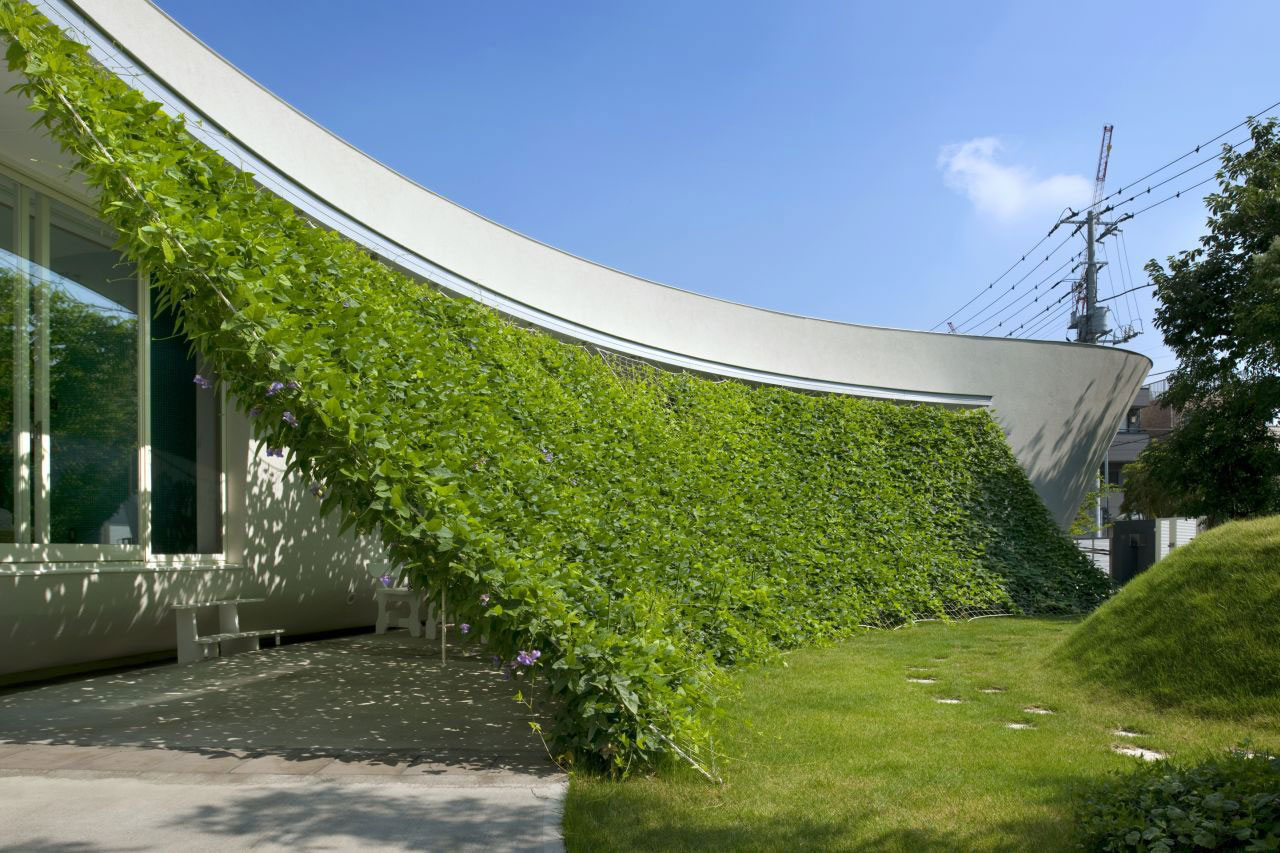 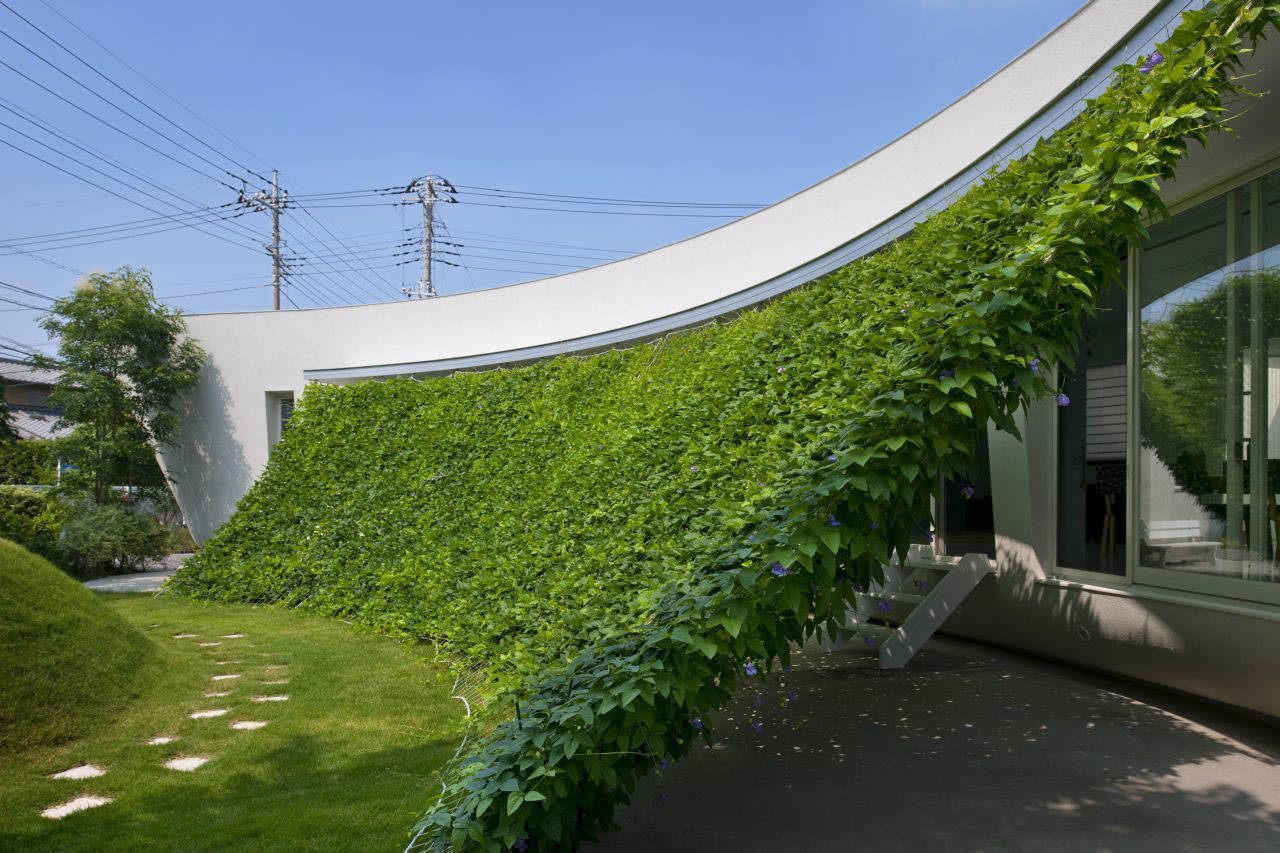 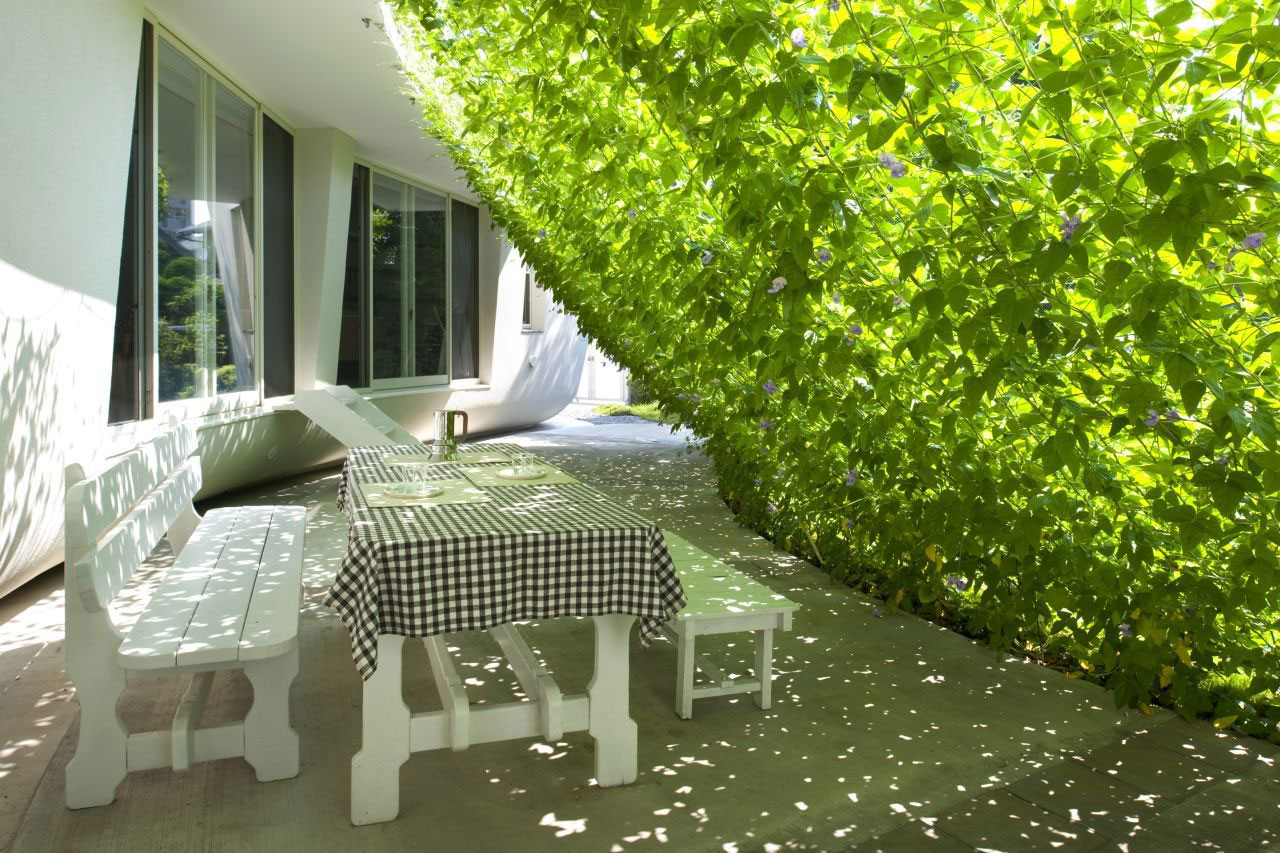 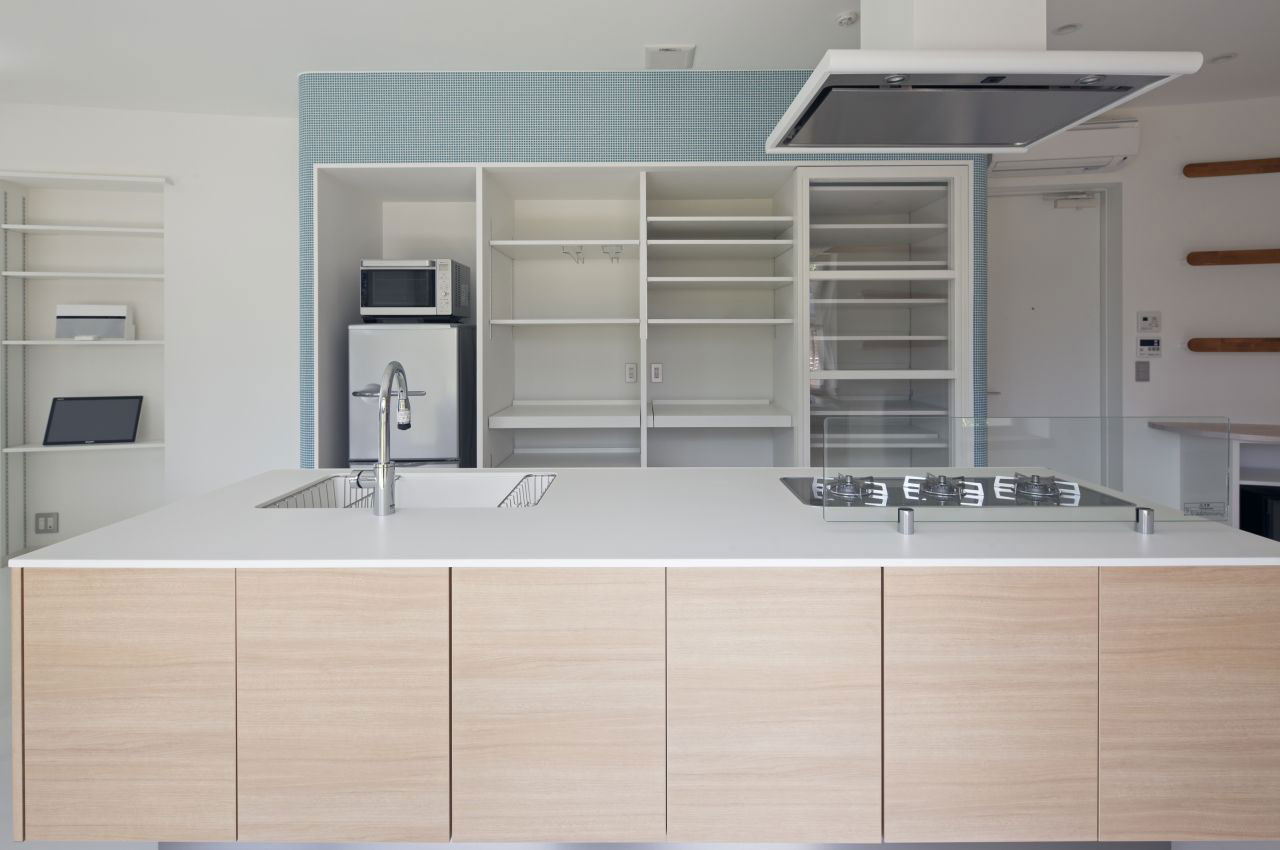 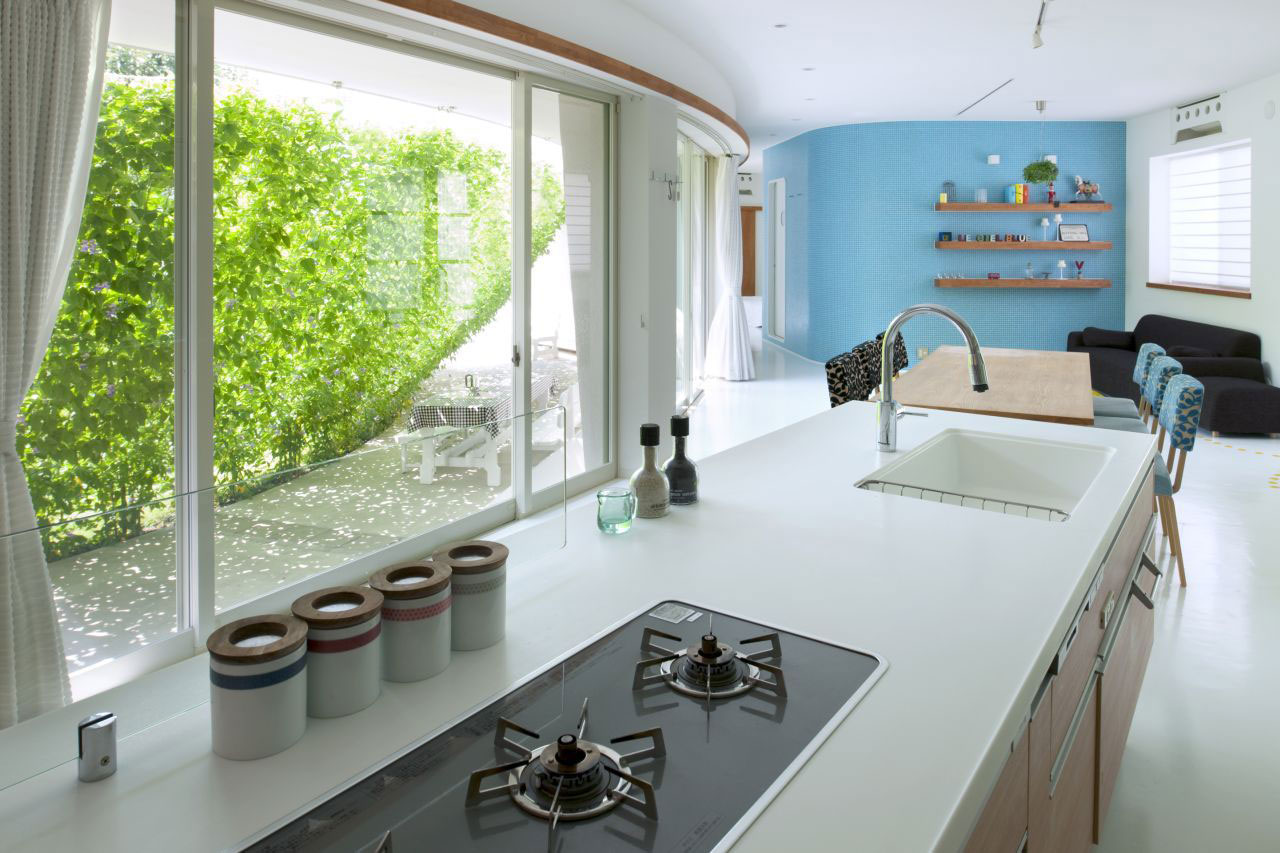 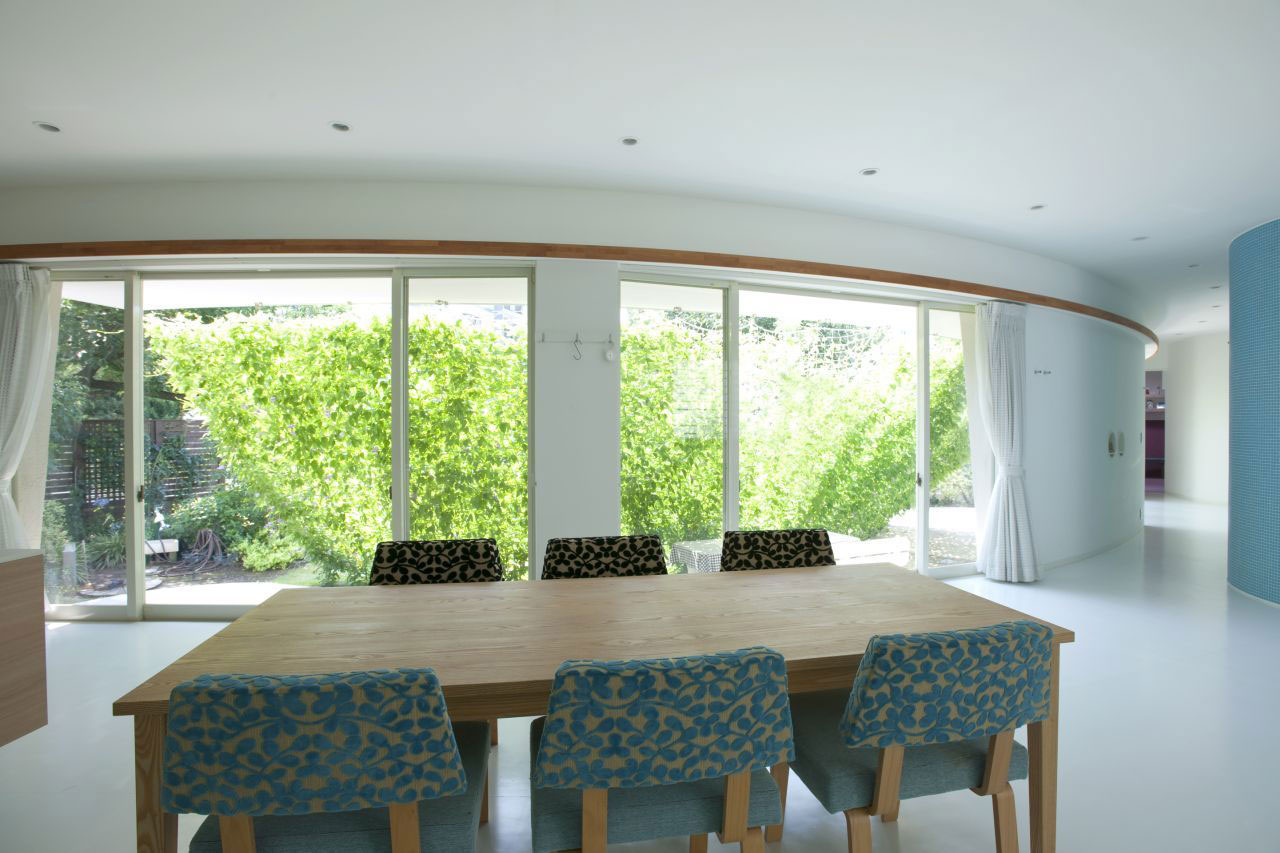 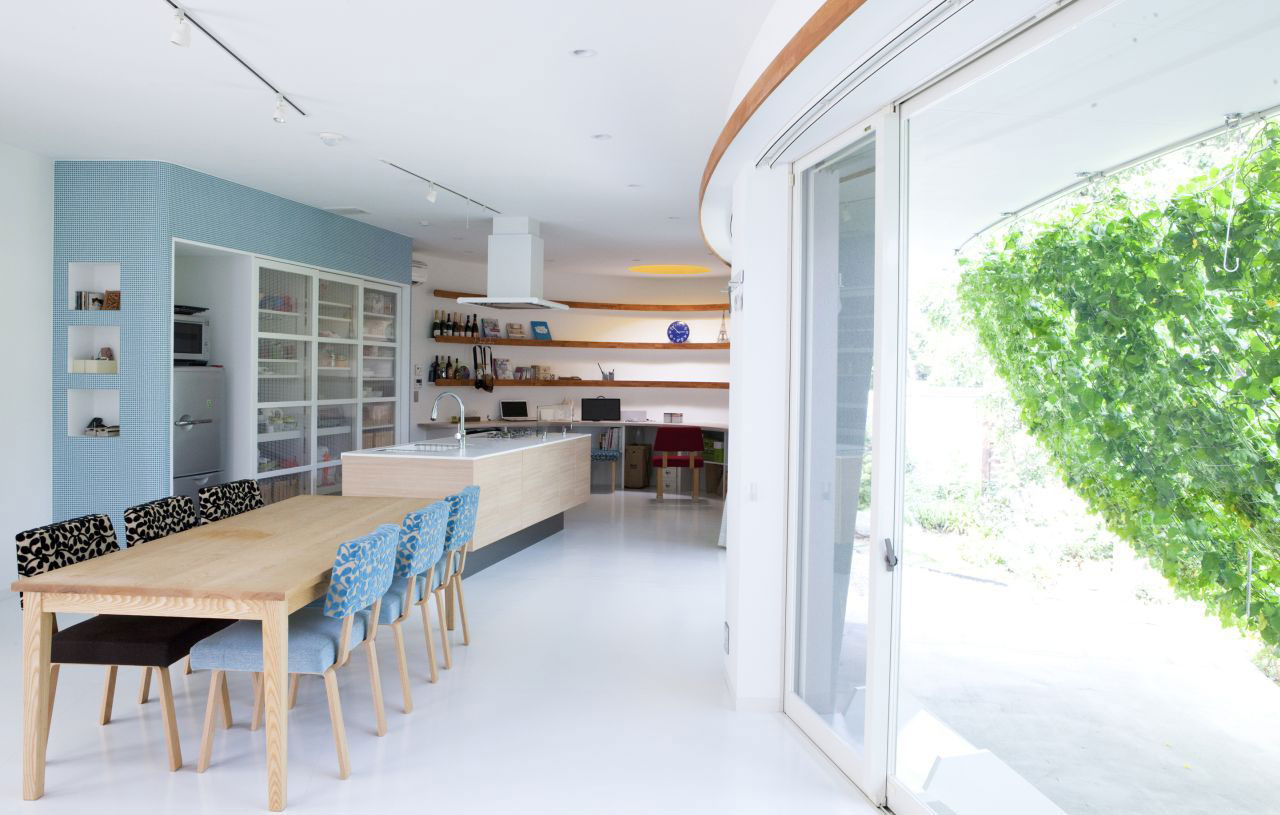 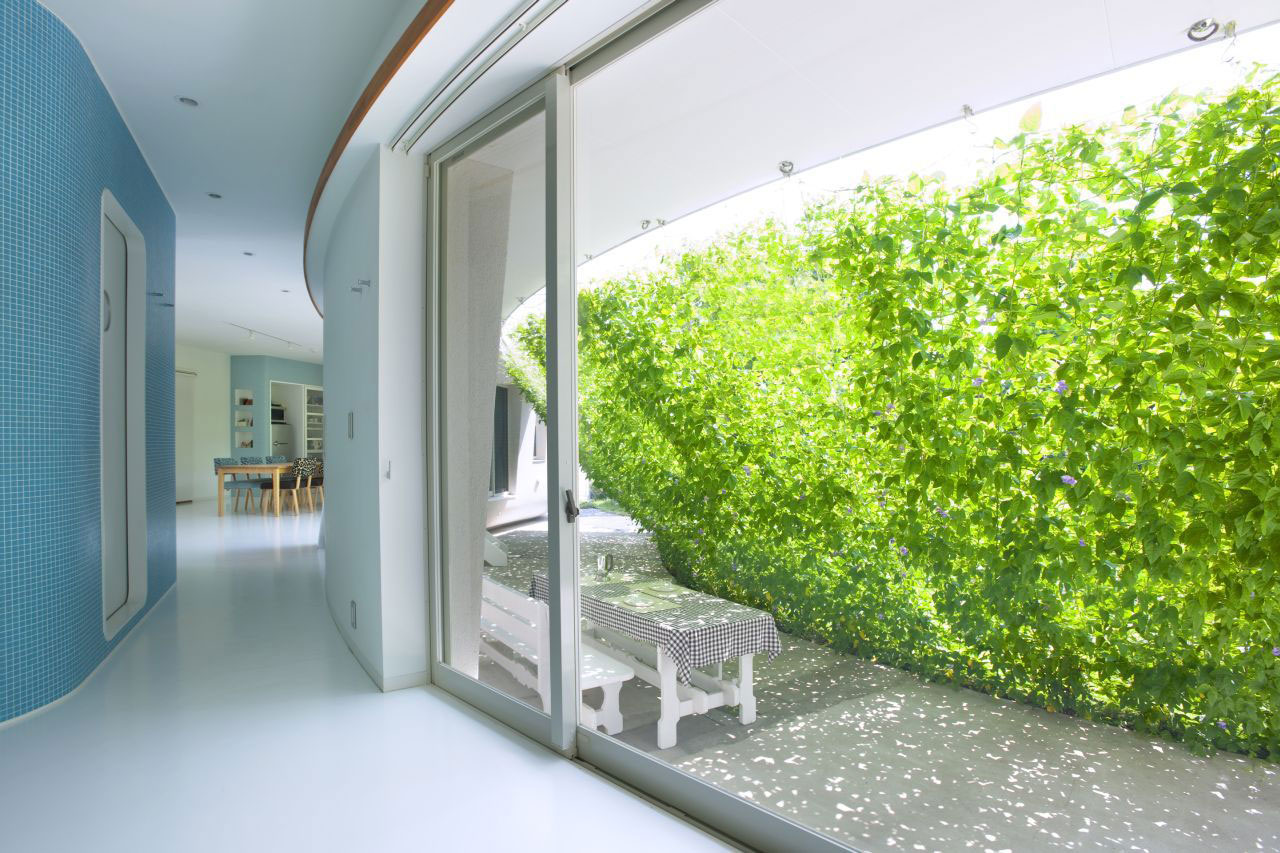 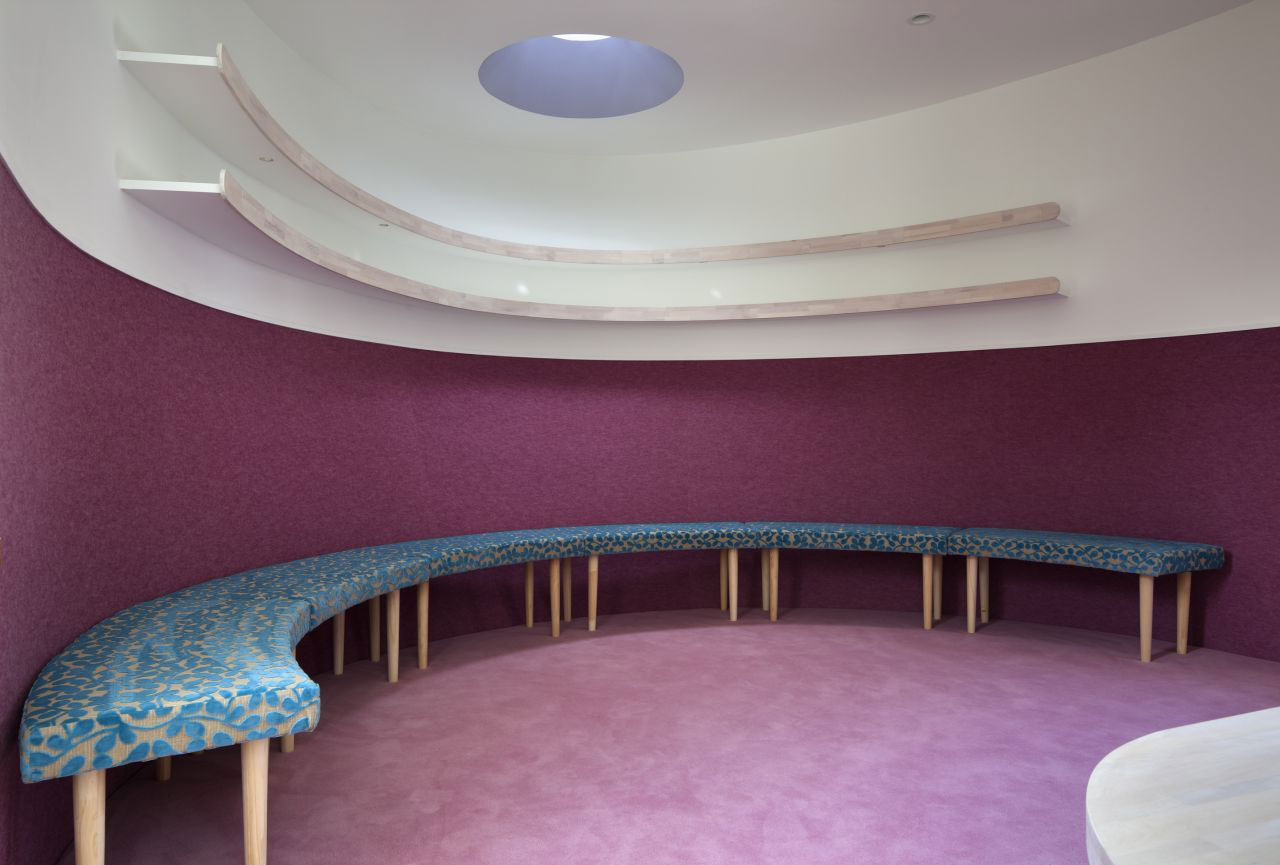 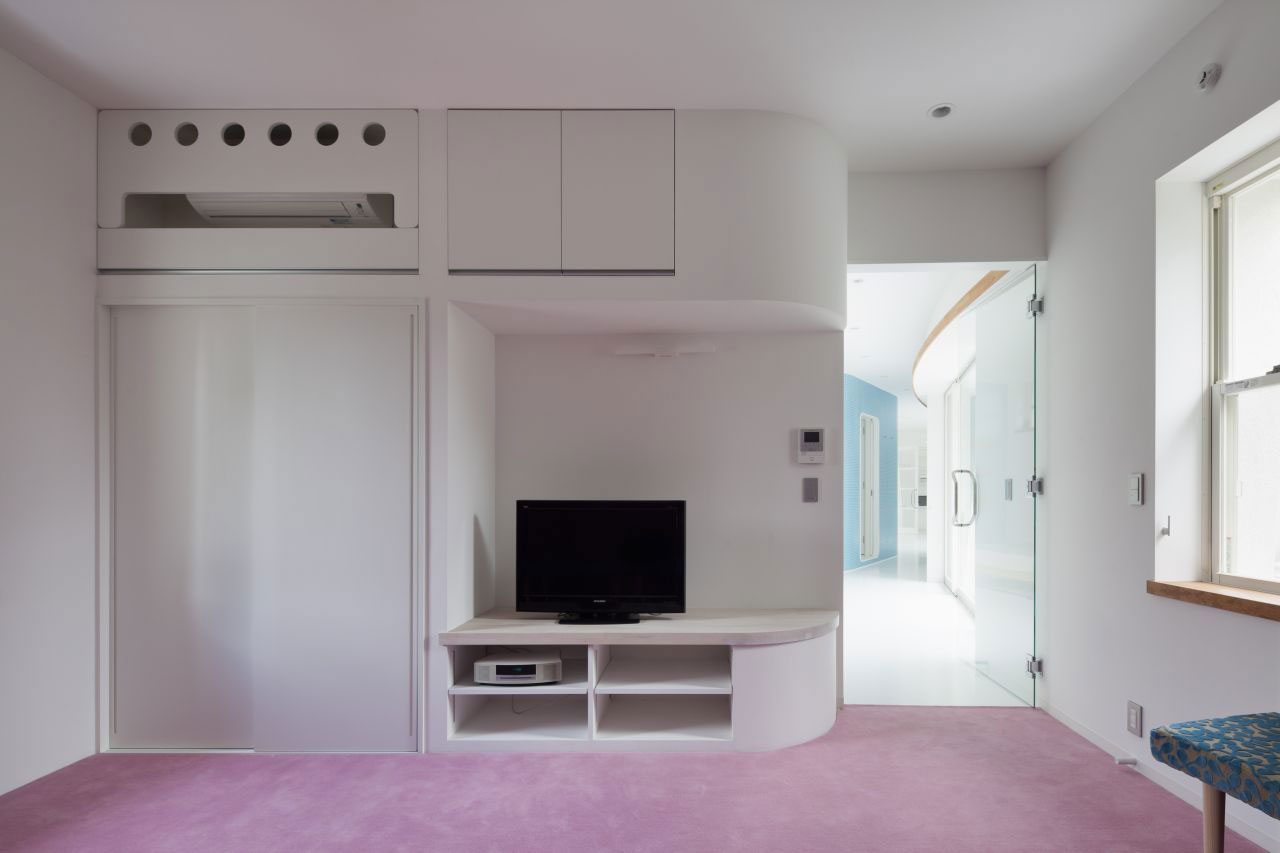 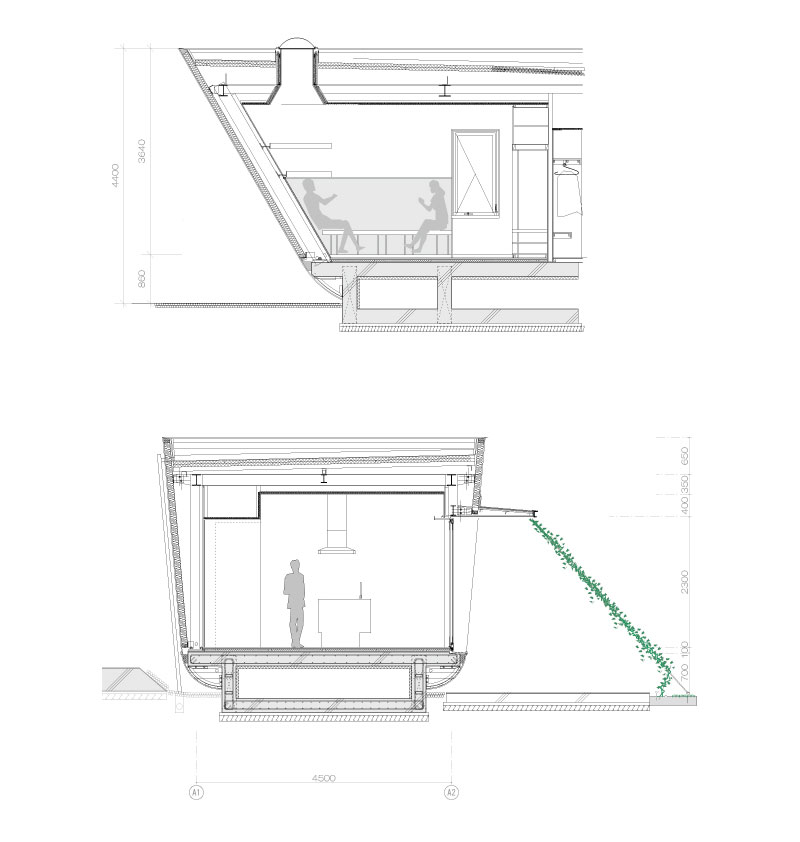 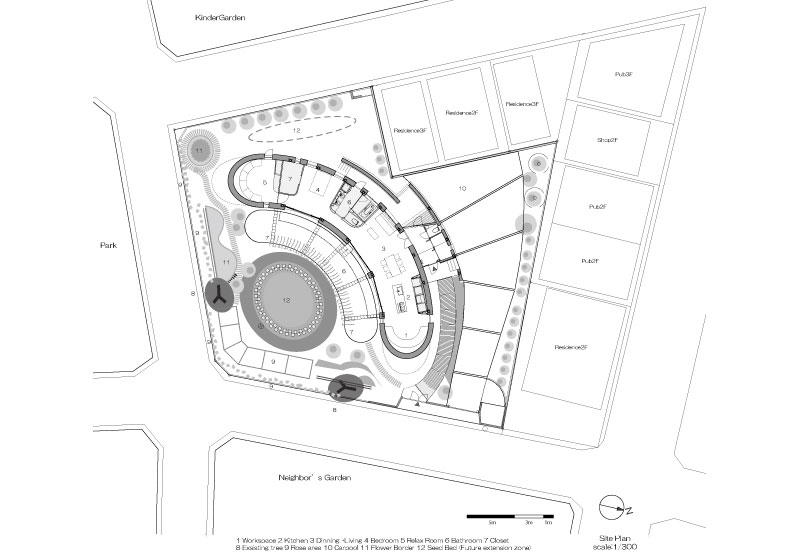 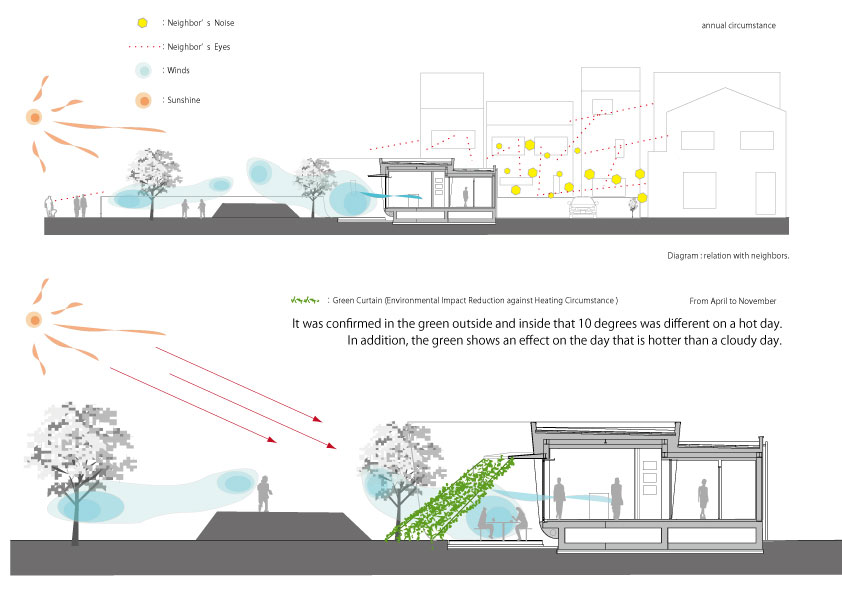 “The green screen which is coved in front of building is very important function to explain for this design. This green screen are for the sun protection against inside room, and for one function of outer dinning which is healed in mind between July and the end of October. I mean that the former is one of thermal comfort adjusting, this is necessary to avoid too much expense for electric energy by Air condition. It is effective and contribute for global environment, somehow.

Actually 10 degrees difference was confirmed in the outside and the inside of green screen. And it is also because it is cooler effect by the planting of nature, and cool wind enters the room. So that, we can stay there coolly by Screen. Then, the latter is to feel comfortable and relax to see green from living and dining. And we can also go to terrace to have lunch or play pool with kids as fantastic extra room. I feel that it was given the reward of nature. We can take such a passive system in more houses and may enjoy contribution to global environment and the space creation with own pleasure.

In the situation of a previous site The site of the client was a field used as the food by the forefather from prewar days. And his mother had made’’ Rose Garden’’ which was loved for neighbors. Therefore, the wish of the client to a site was deep and he wished to keep remaining to build a predecessor’s vestige in a certain form. It used to cultivates before, but, recently hand is not, leaved it out, then it had become a place where weeds and plants grow luxuriantly.

The accumulation to a predecessor’s site was not totally renewed, but the site was felt positive by leaving some, and the directivity which connects it with the present age became a natural flow. The court yard (garden) was made from the form where two existing cherry trees which were specifically on the old site are connected, and it is arranged a rose shelf facing the road and considered it so that a local neighbor could enjoy it. I examined a planting position and walls so that wind fell out from the site southwest to the northeast area so that the healthy wind that was indispensable for the growth of the plant flowed into the site. And the Wind takes in the room even if I open any window of the garden side. The cool winds get into the room by cool effect of nature, when there is a green screen in summer. I leave the soil for a courtyard as landscape not to give waste in a building as much as possible and use remaining soil.

In the case that it is considered as the room by consisting of straight walls, there is a tendency for the boundary which assumed use into the zone to be clarified. In this time, by having divided the boundary using rounded corner, unification is given to a zone and a zone, two zones are felt so that it may be felt as one space, and always feel a family’s mutual sign in this space.”