by Architect K.A.
Reading Time: 4 mins read
0 0
A A
4
SHARES
16
VIEWS
Share on FacebookShare on TwitterPin to Pinterest

Russian studio Atrium has designed the Gorki House, a contemporary single-family residence for a young couple with a child.

According the the architects, “their only wish was to have a contemporary piece of architecture.

The site is situated not far from Moscow to the west.” 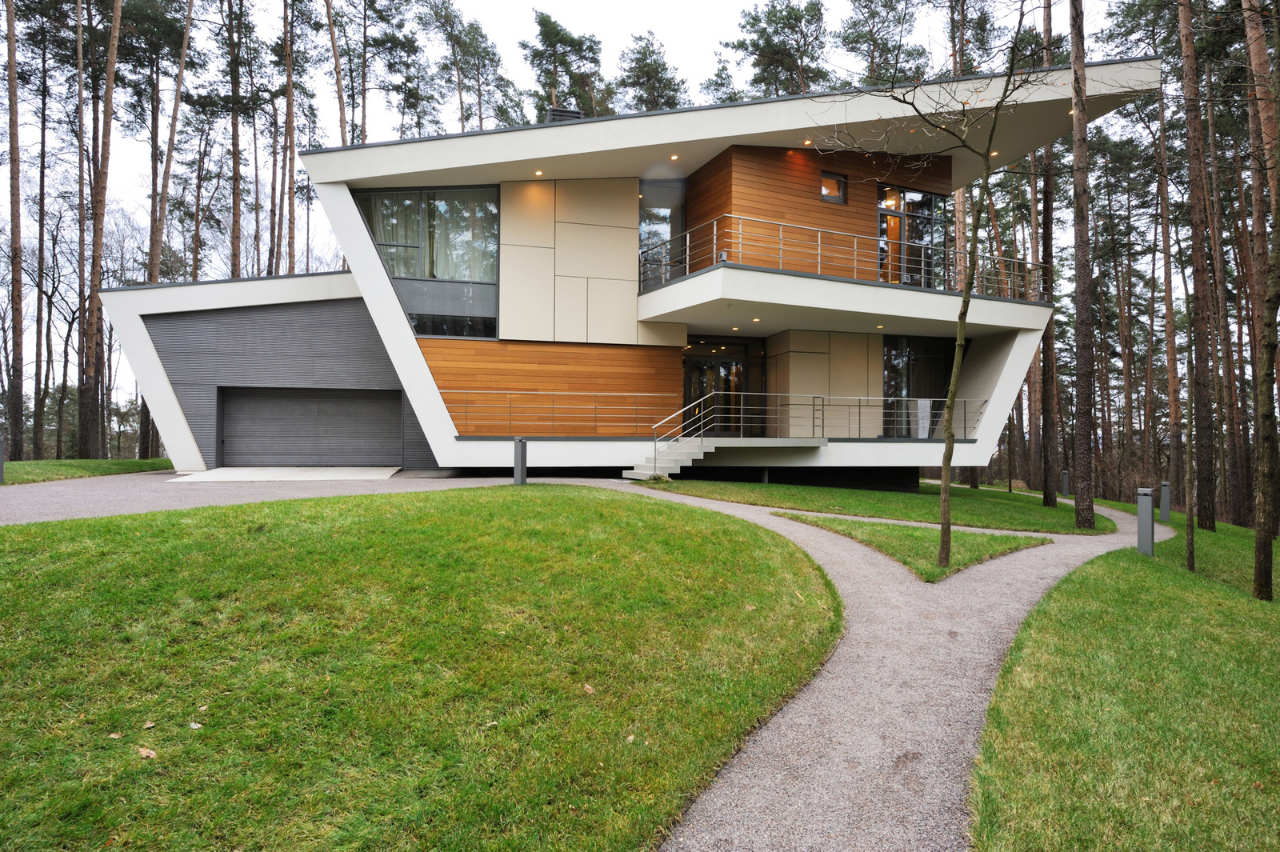 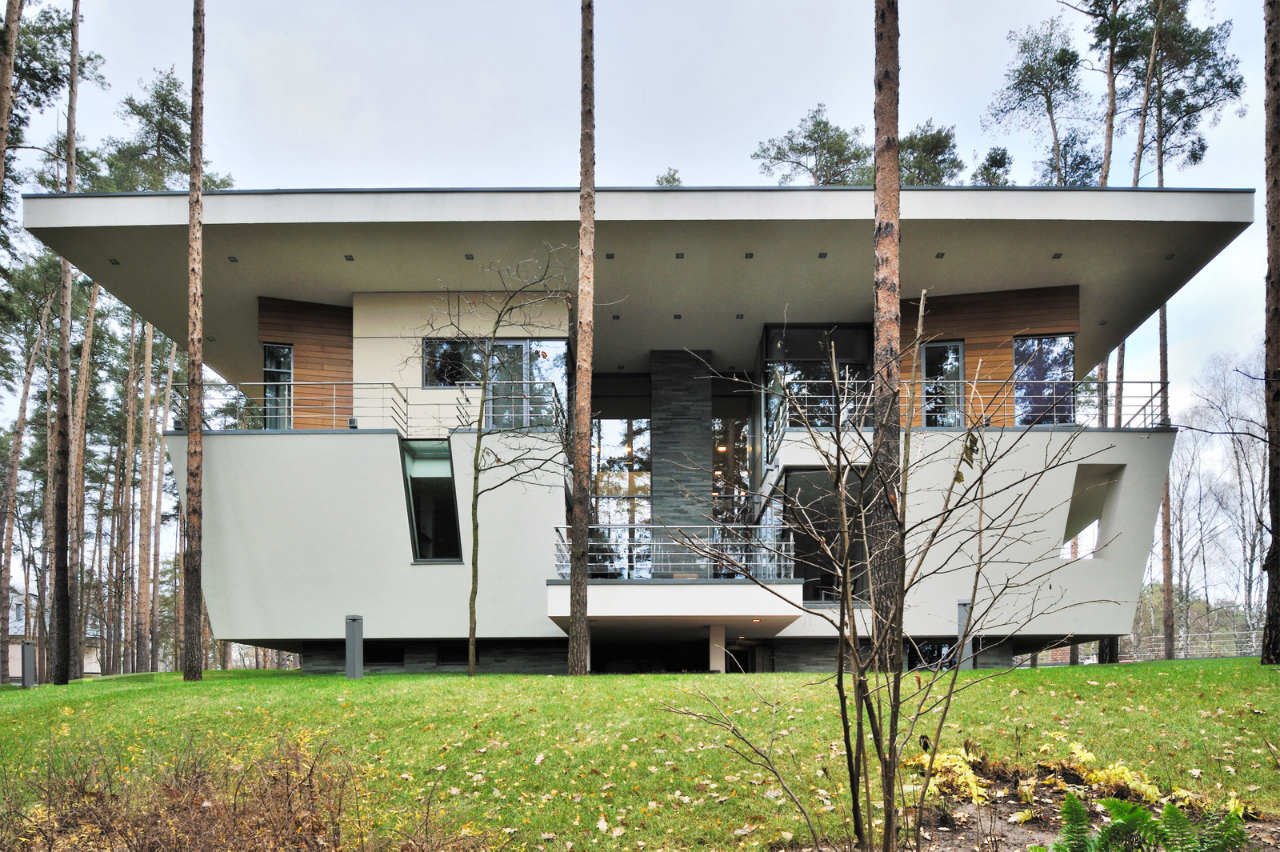 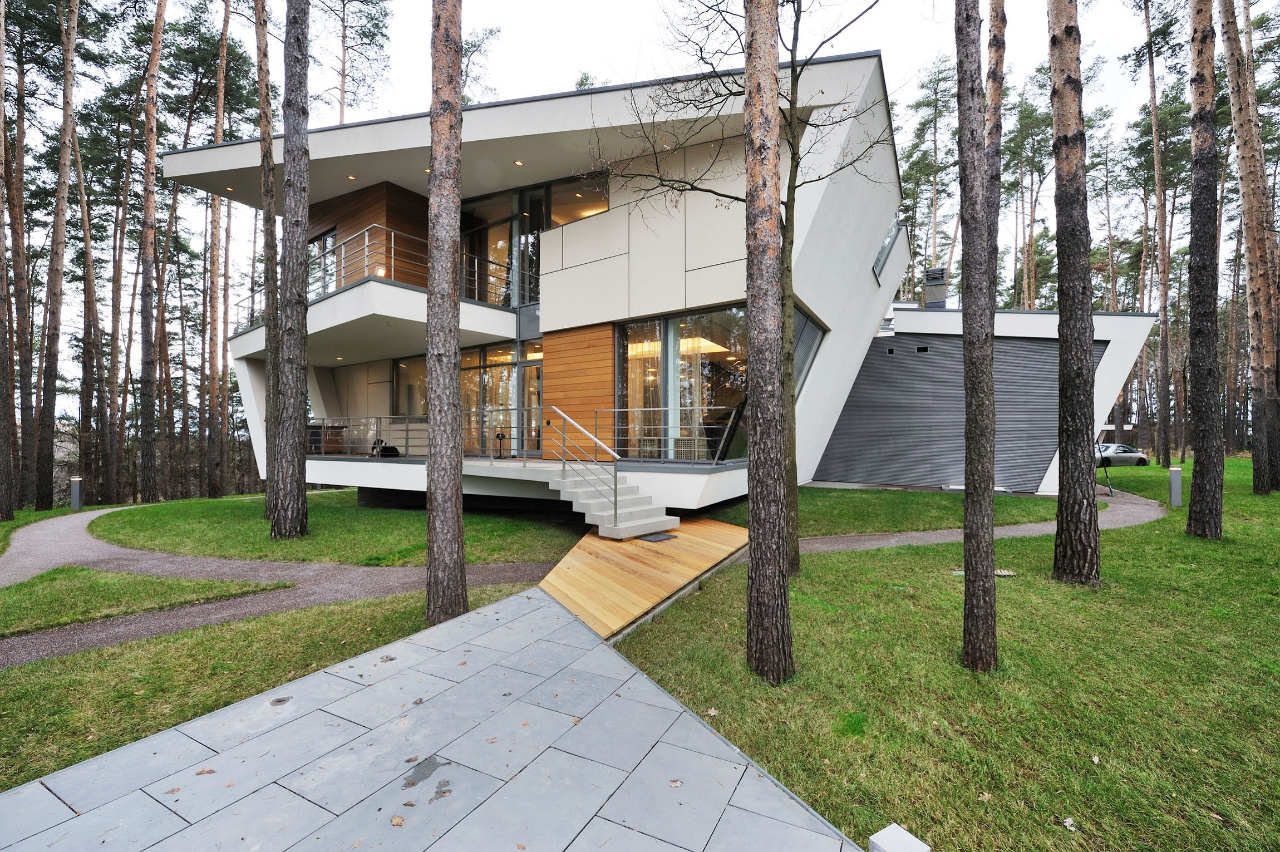 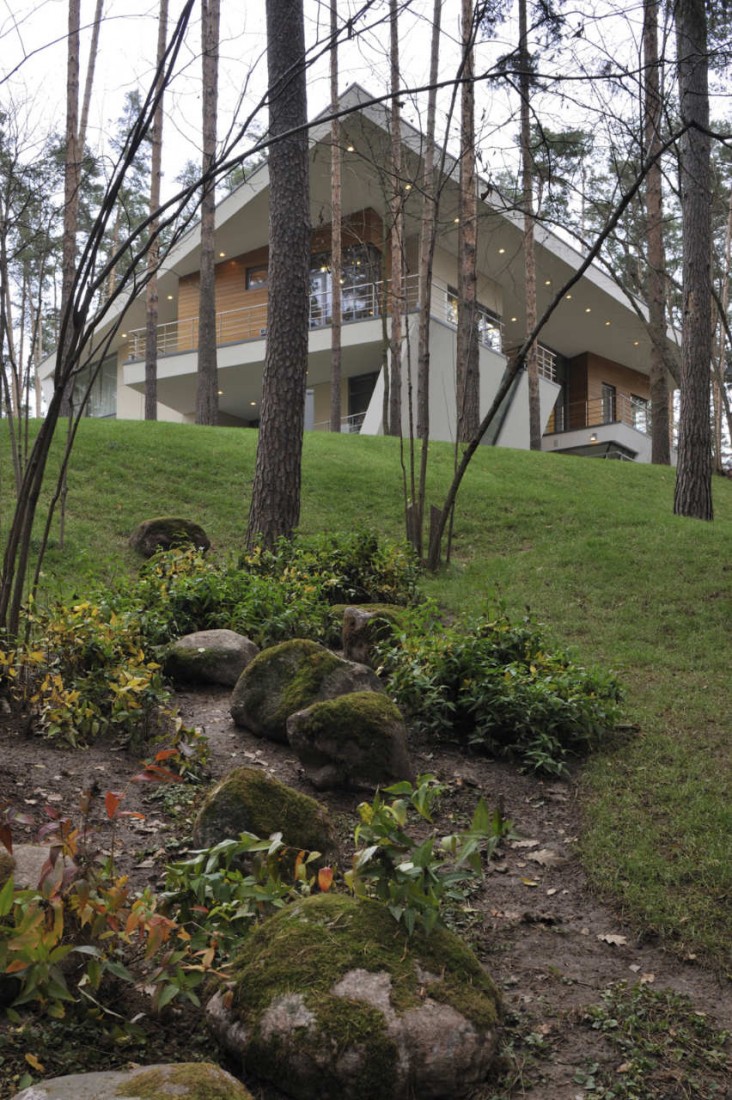 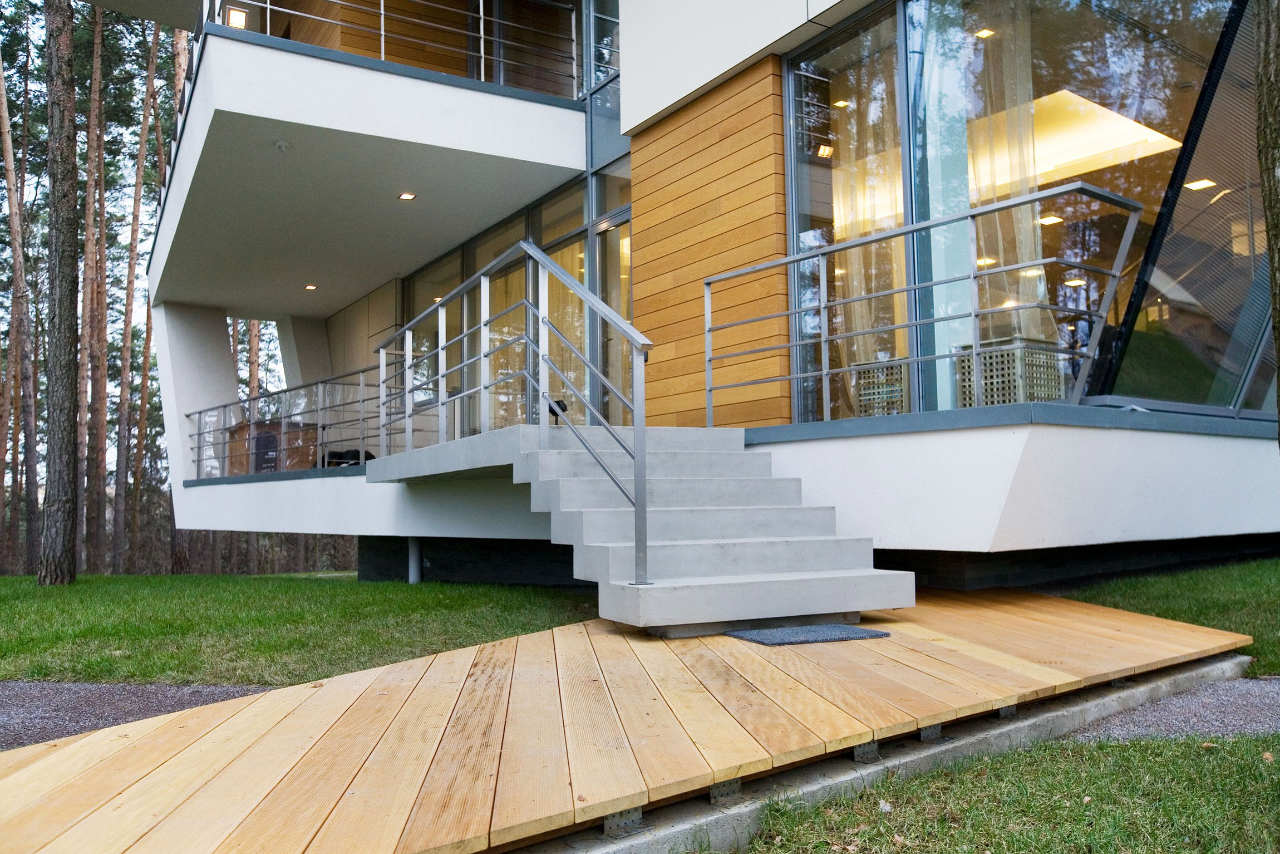 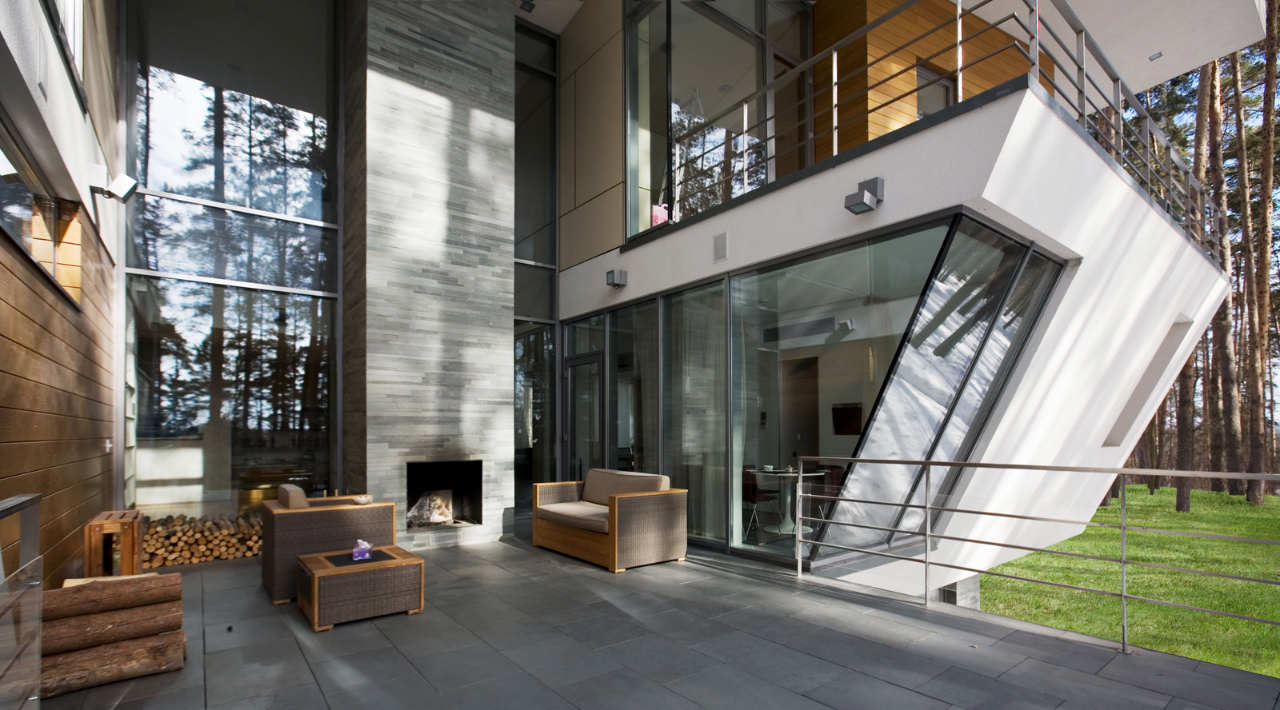 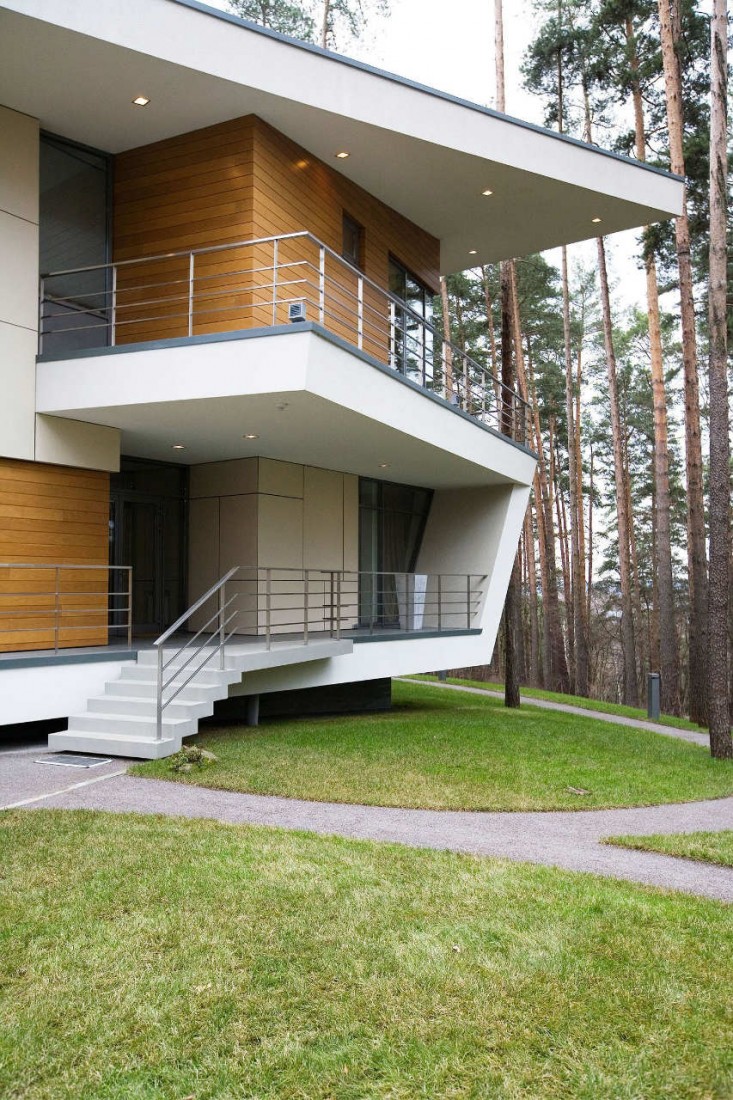 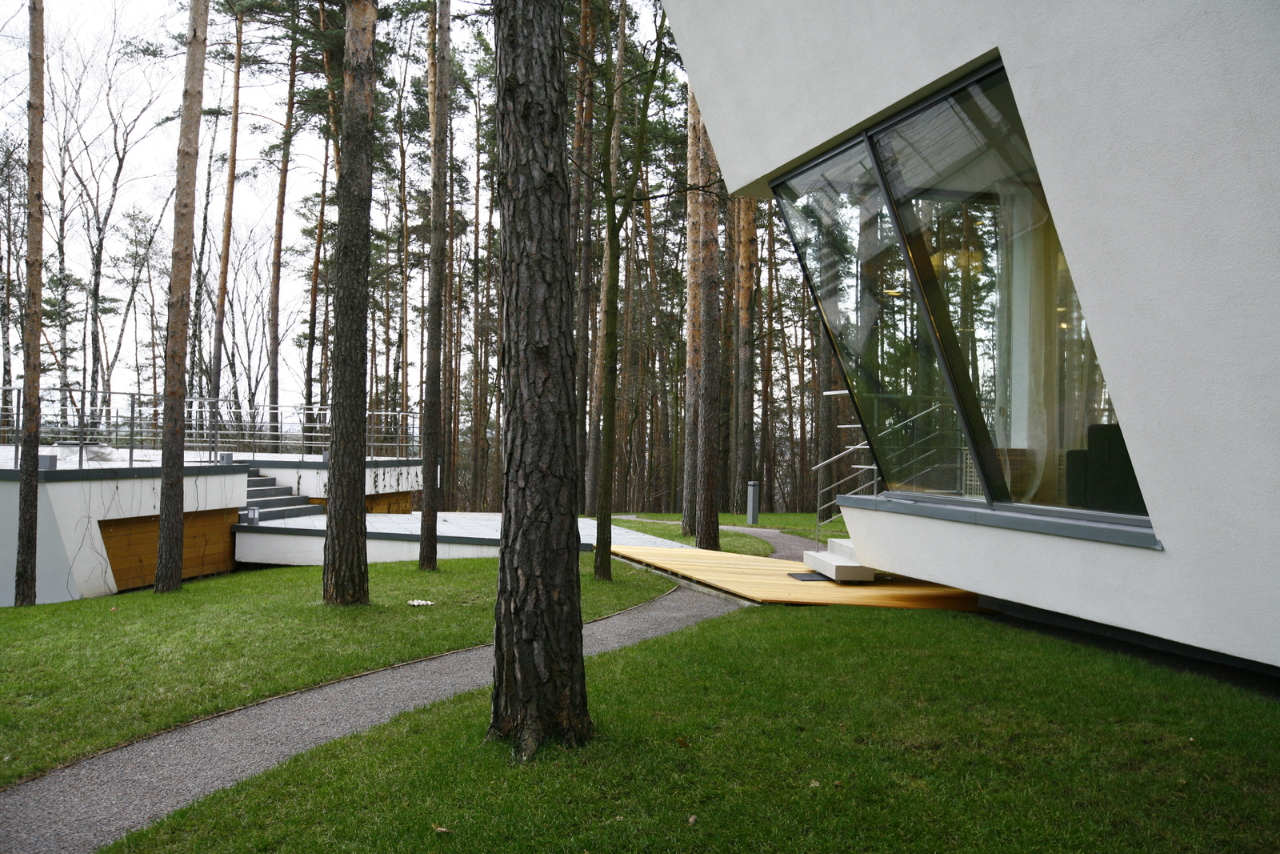 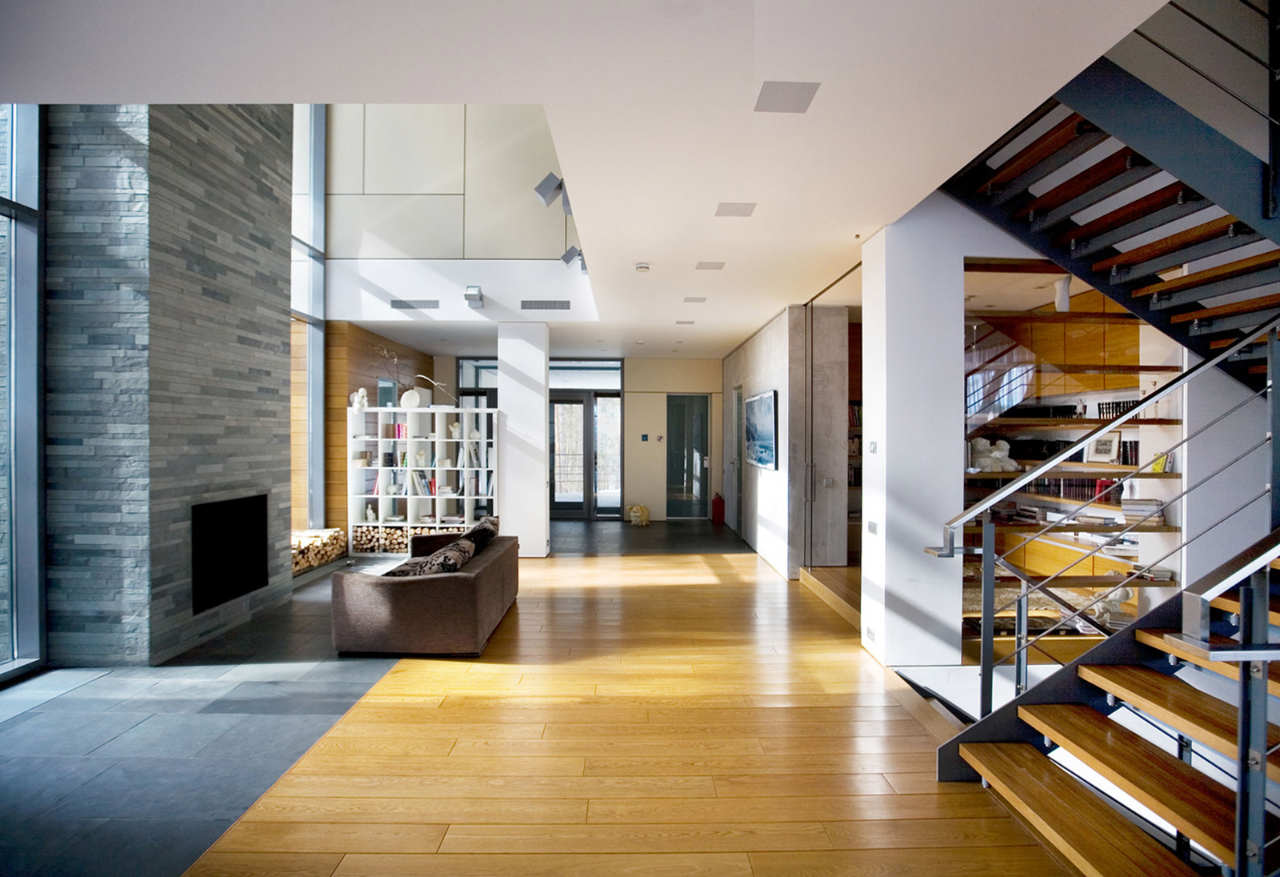 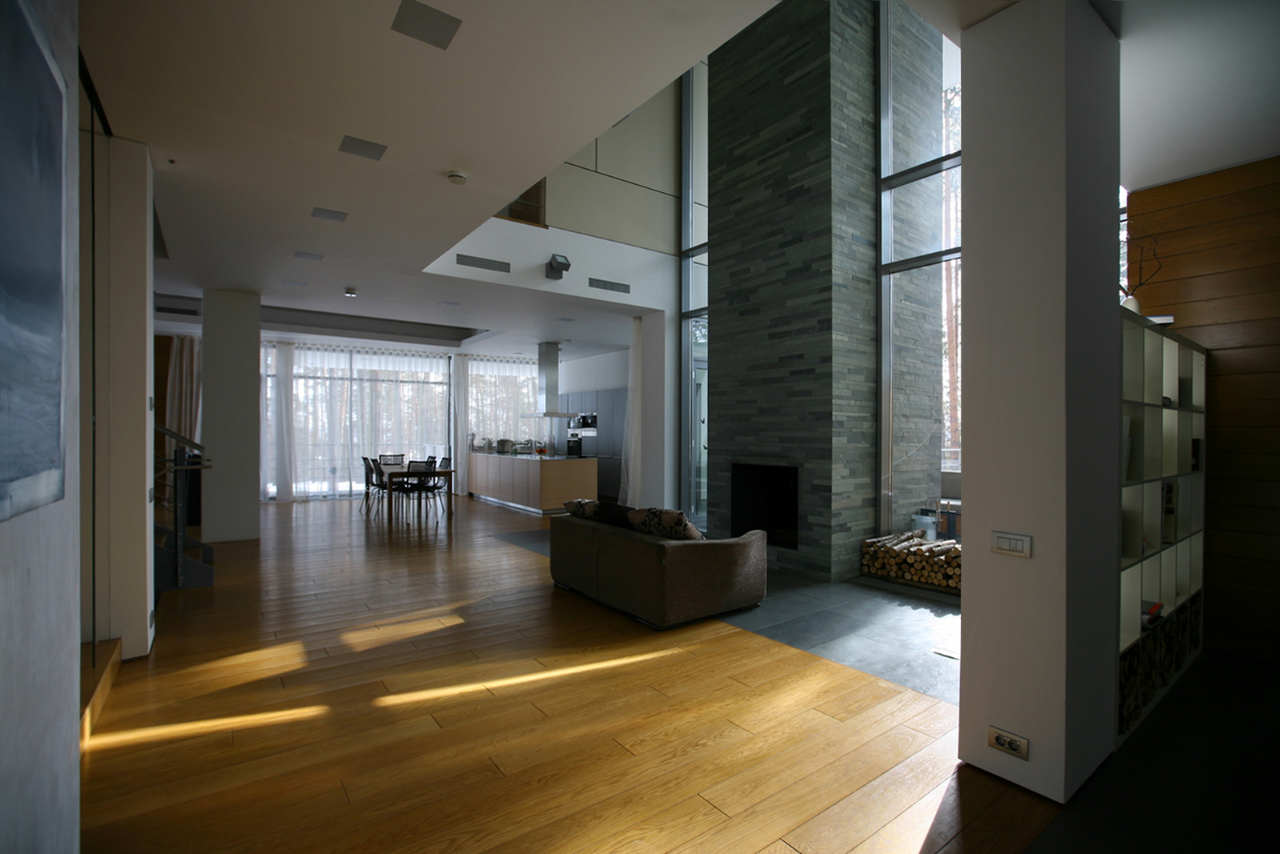 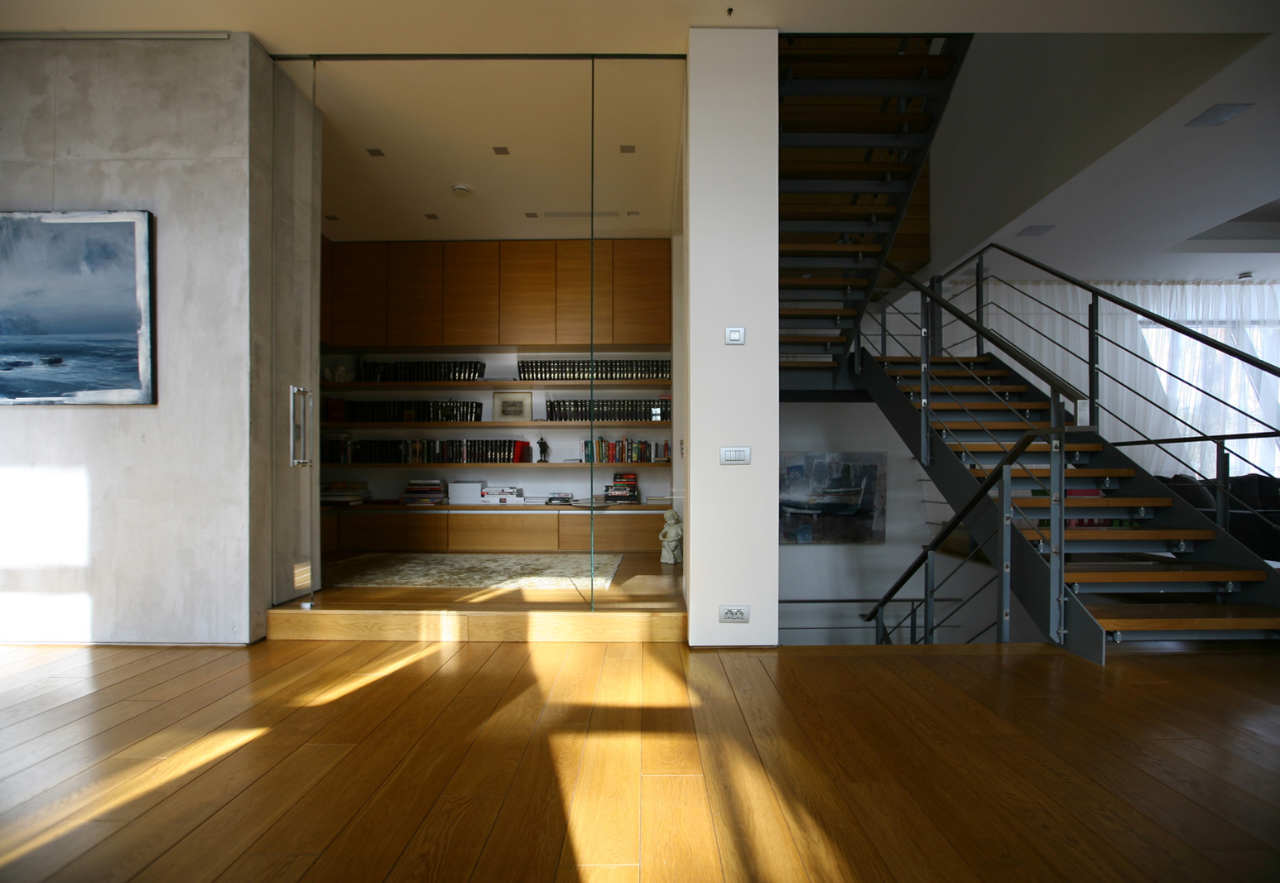 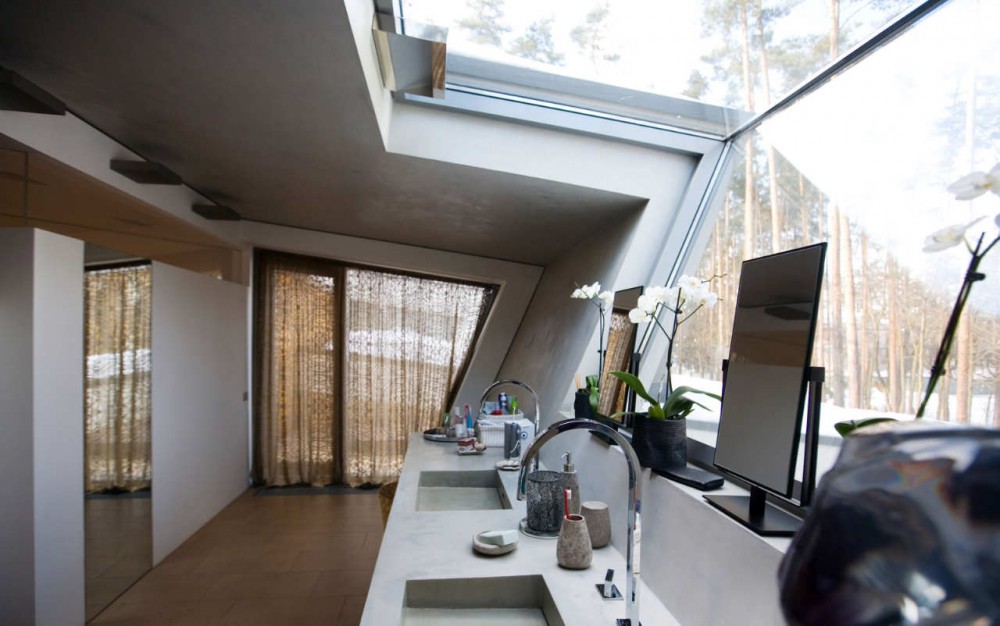 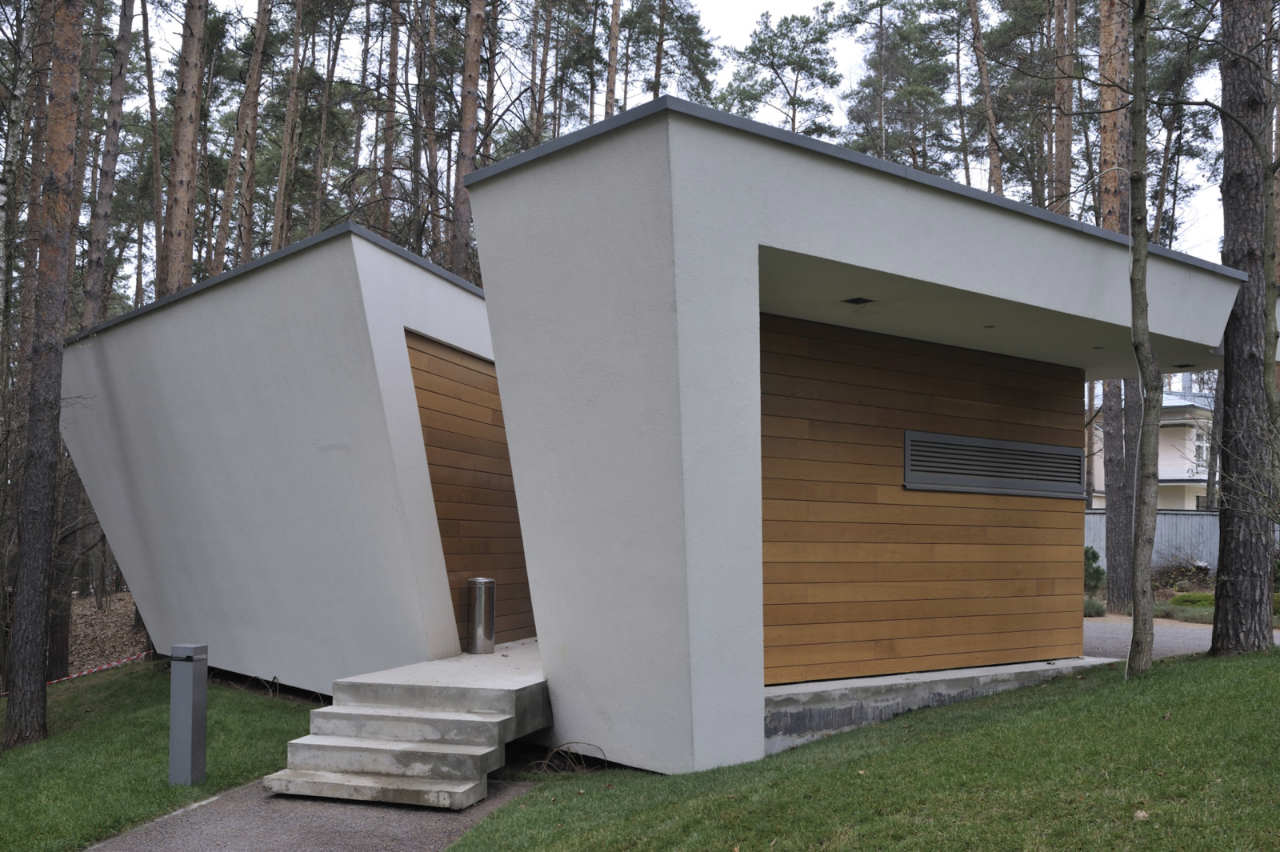 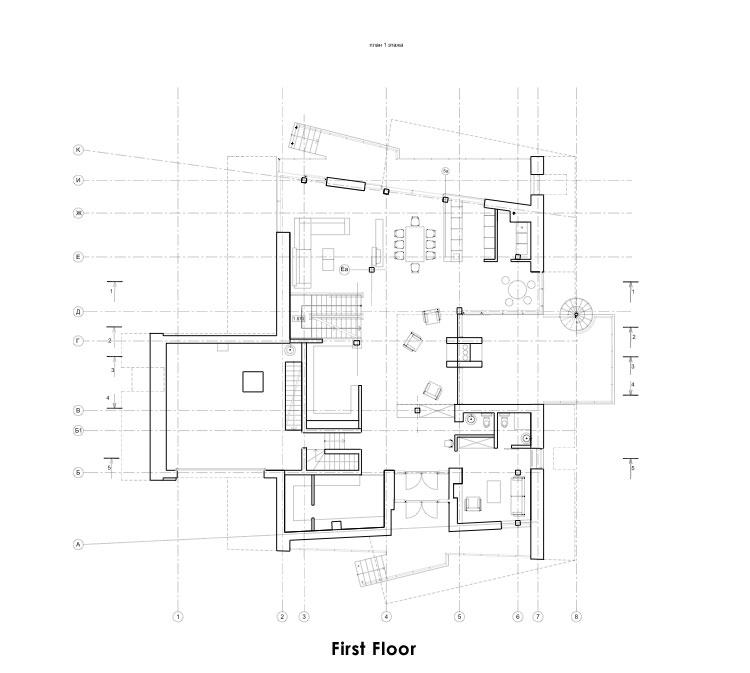 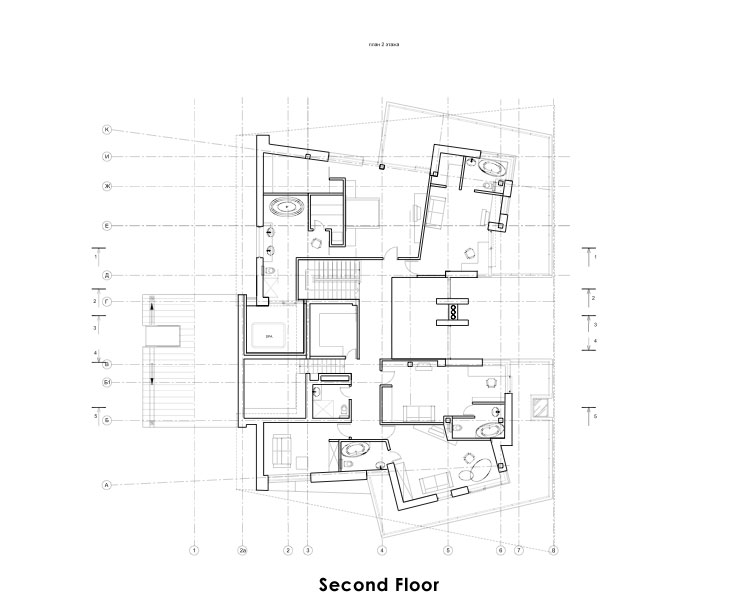 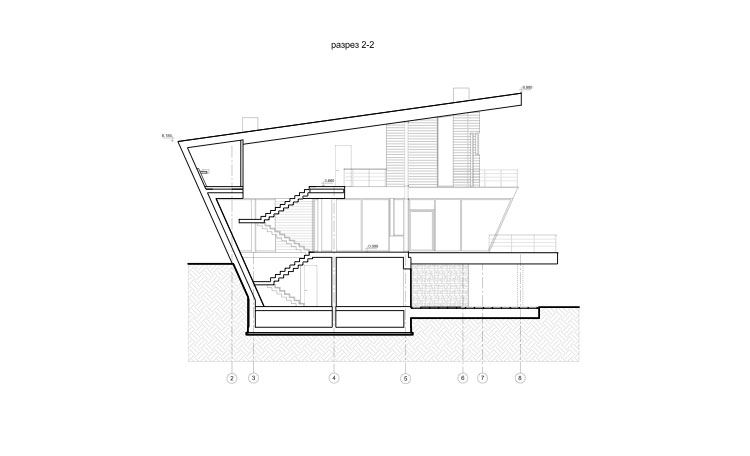 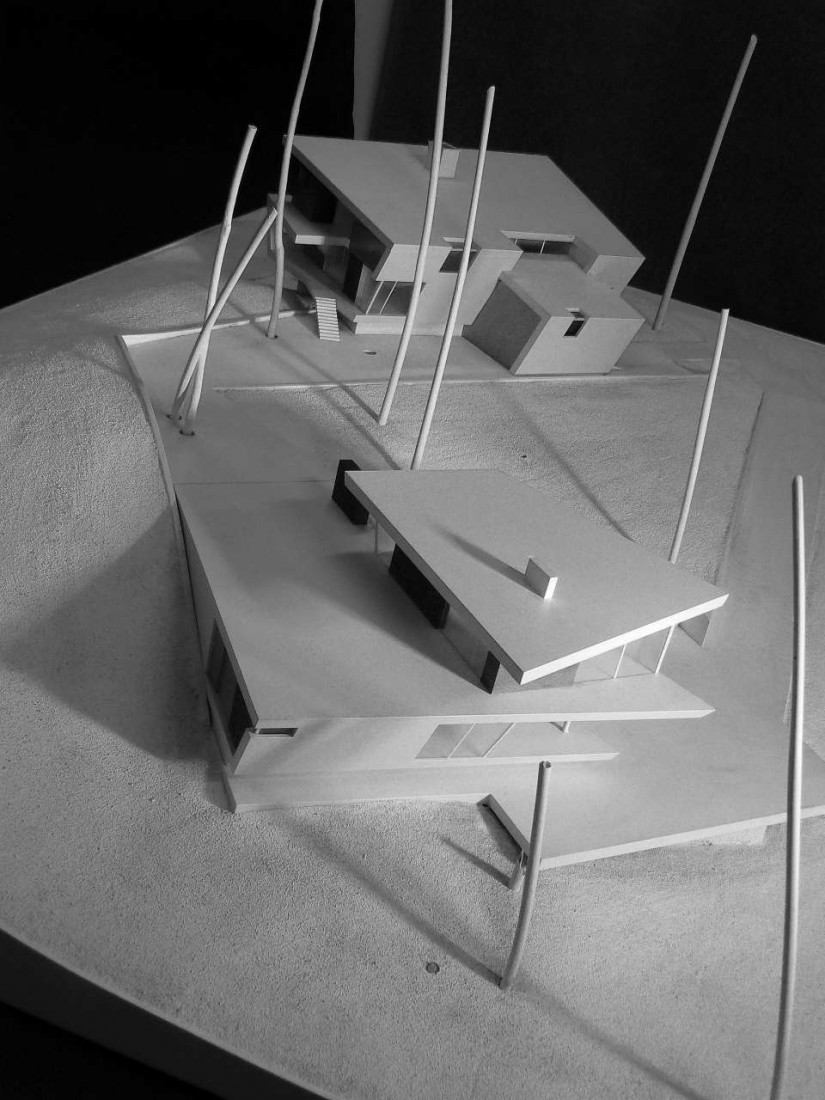 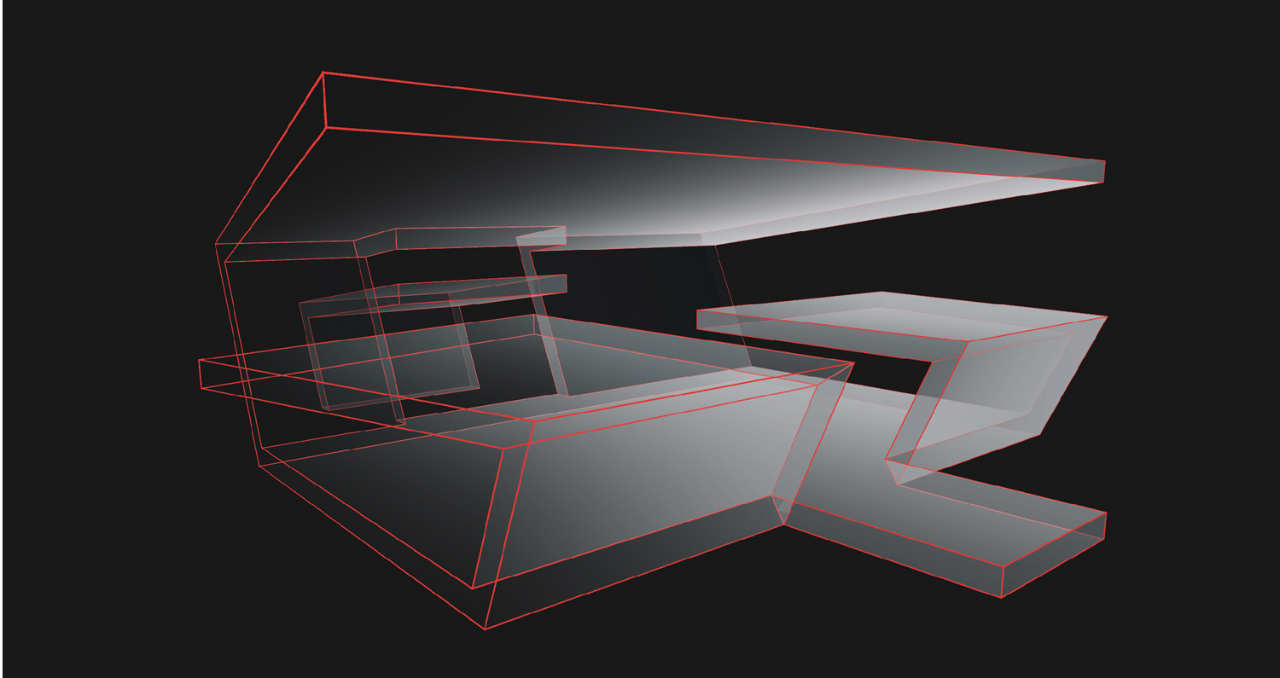 “The house is positioned on the top of a hill surrounded by pine trees. The site has three directions with beautiful views, only the north view is worse, so the architects decided to close it off. This provoked the idea of folded plane, which is lifted a little above the ground and forms the space of the house. It creates a variety of inner and outer spaces which serve usual dwelling functions.

At the same time the building is open to the sunlight, with windows throughout oriented towards natural light. You can feel the structure of folding in the house because of the open space plan where public zones flow into private areas and vice-versa. There is no difference in cladding of the outside and the inside. If you see wood in the exterior you can be sure that this place in the interior is made in the same material. Some of the windows, for example in the bathroom, are made as the cuts in folded plane as it helps to see its form, so there are glued glass angles. The Architects specially worked on the issue of thickness of this plane to make it elegant and functional at the same time, as the cantilever of the roof above the terraces is about five meters long.

The folded theme also became a style of the site, so all services looks like the main building. There is a car shed and a Russian bath. The last building is partly hidden in the landscape, so the roof of it works as an observation platform. In winter time it became a skating-rink.”

15 Ways to Save Space Under the Stairs

15 Ways to Save Space Under the Stairs