by Architect K.A.
Reading Time: 4 mins read
0 0
A A
15.8k
SHARES
373
VIEWS
Share on FacebookShare on TwitterPin to Pinterest

Banana Leaves as packaging may sound weird for many. For Thai Supermarket, Rimping Supermarket located in Chiangmai, Thailand, this is how they choose to make a difference in the over usage of plastic in the world.

In addition, they have a sticker which reads ‘pesticide safe’ in order to assure the customers that the fruit or vegetables are grown in the most safest way possible.

Surprisingly, banana trees can even grow in colder climates where there are freezing temperatures, so it’s possible markets not in tropical areas could also use this solution.

One of the sights you invariably see at supermarkets might be individual fruits or vegetables packaged in plastic, which some might consider an excessive use of said plastic. 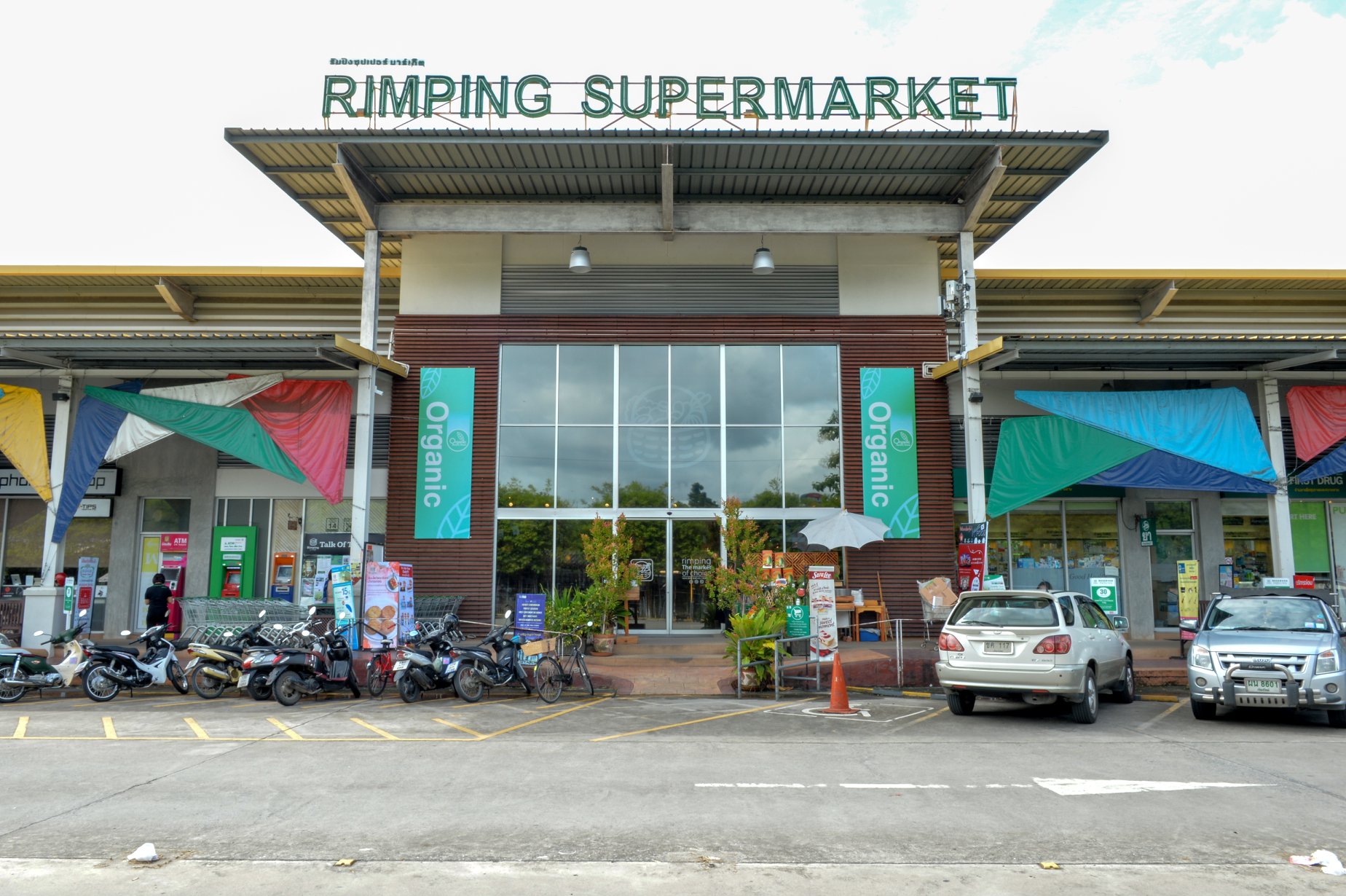 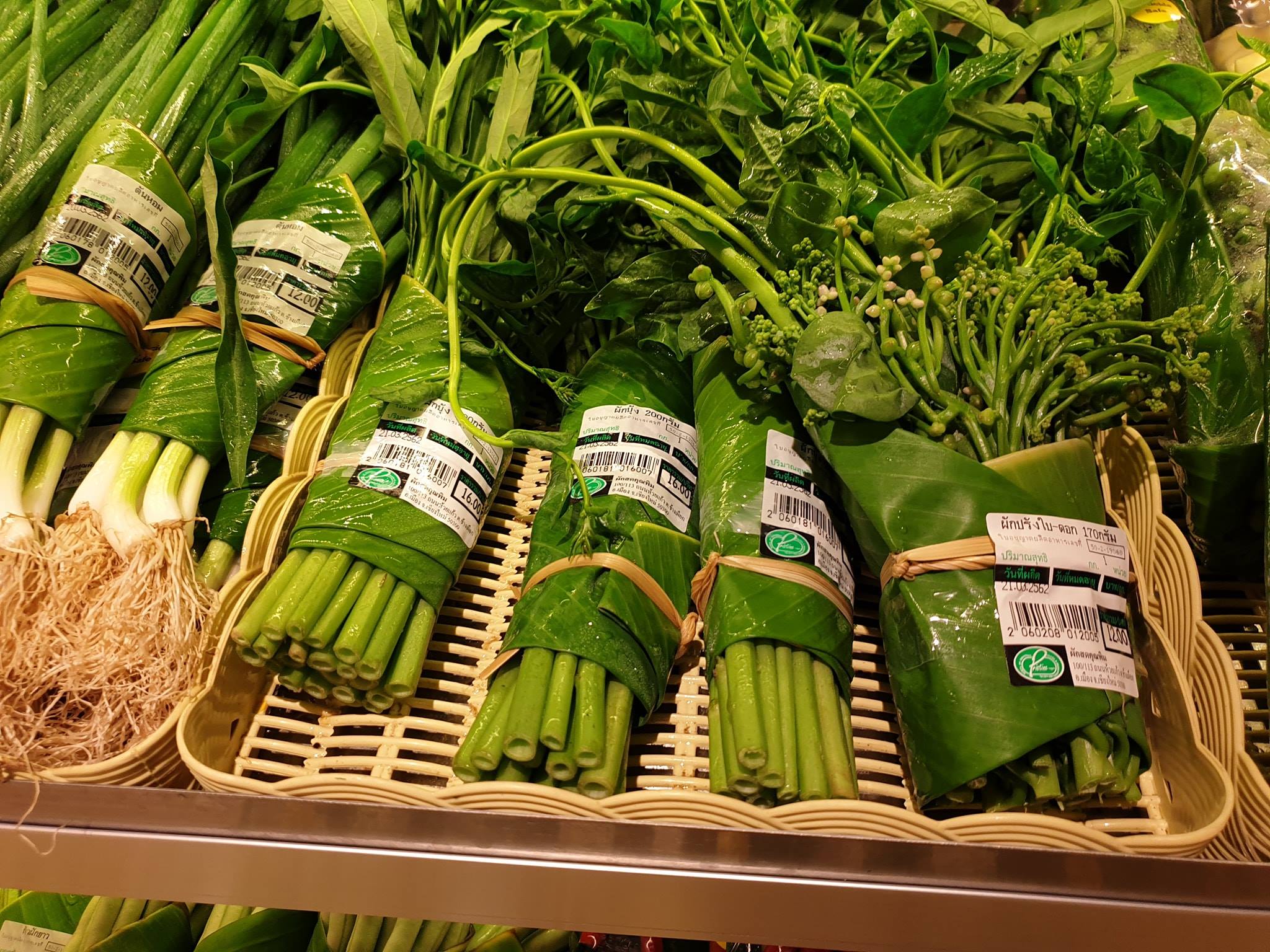 The initiative to use banana leaves is something street vendors in Thailand have been doing for years, but now supermarkets are using the idea too. 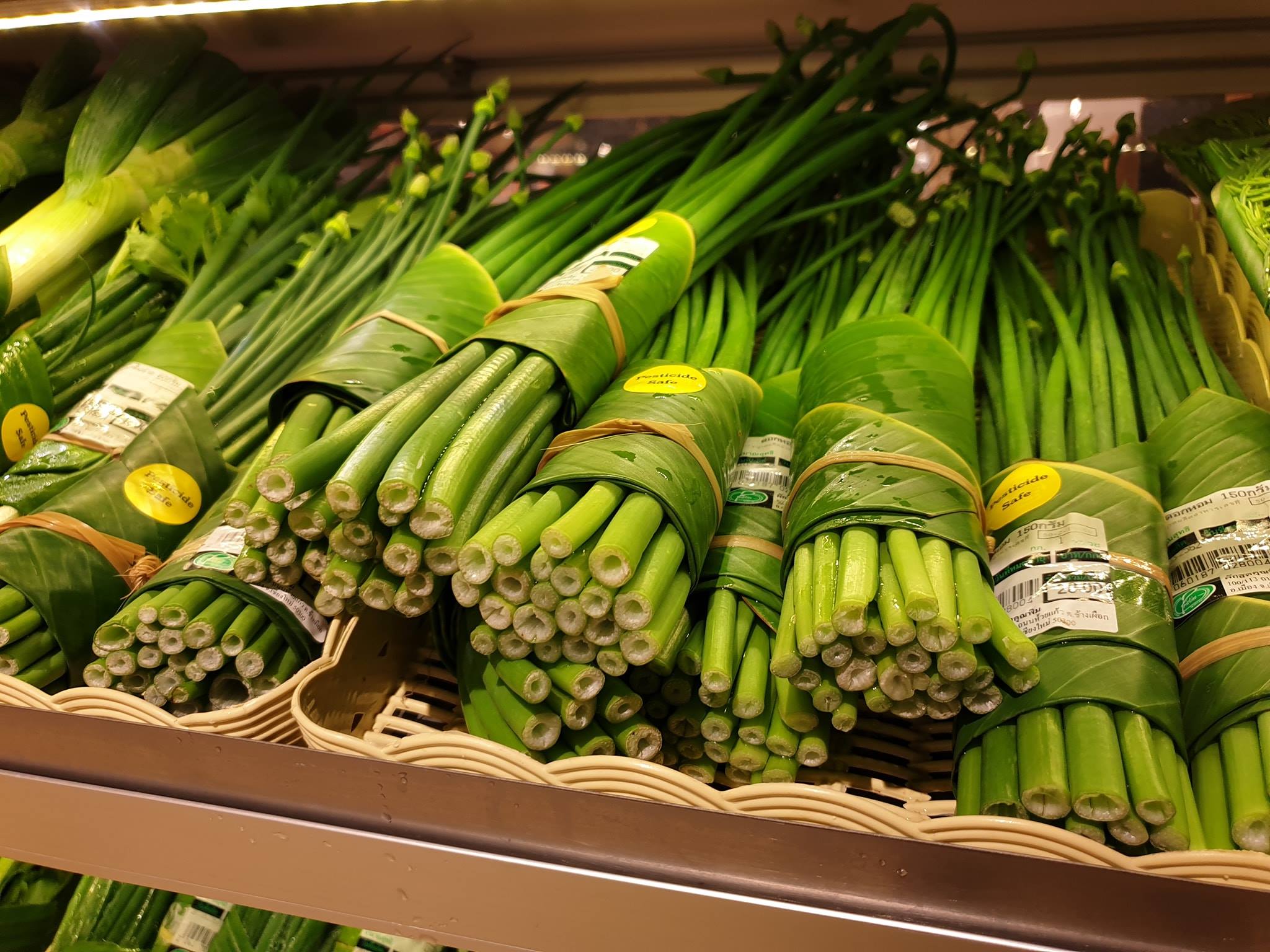 While the idea seems simple enough, there are still a few people who prefer the wholly-wrapped, plastic-encased, food. 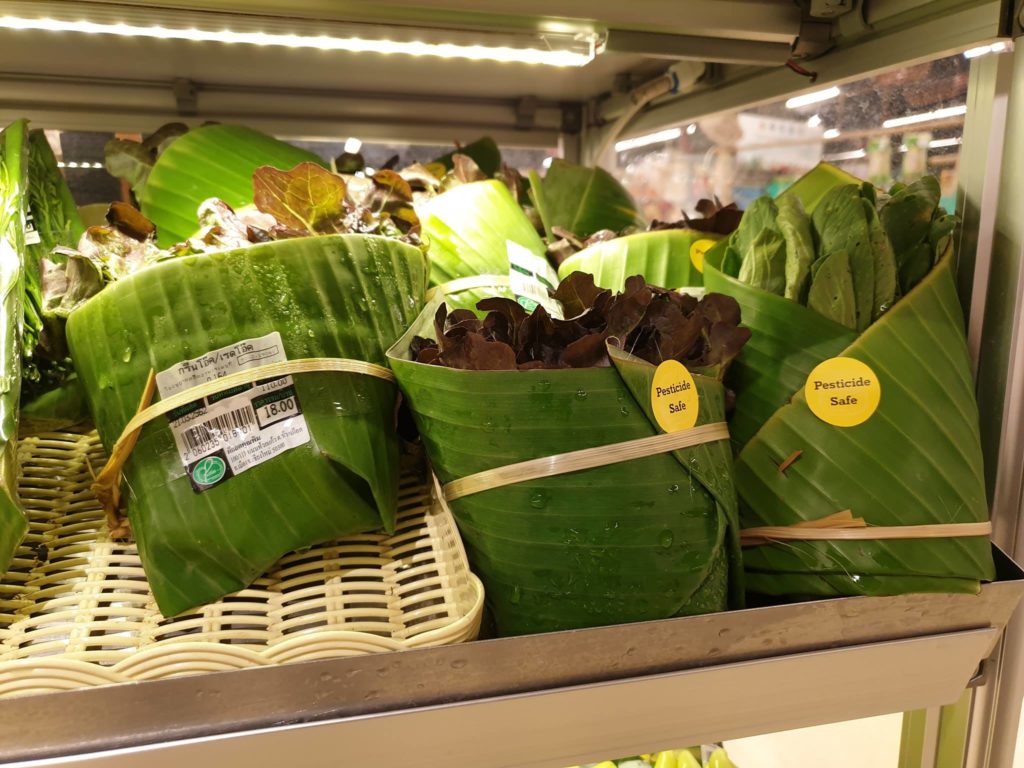 Here’s Why Using Plastic Is A Real Problem:

Each year, around 8 million metric tons of plastic enter the world’s oceans. It’s like dumping a rubbish truck full of plastic in the water every single minute.

In the US, which accounts for just 4% of the global population, 500 million plastic straws are used every day.

The average supermarket plastic bag can take up to 1,000 years to break down.

It makes you wonder how we’ve gone so long without realizing (or caring?) that plastic is having a truly devastating effect on the environment.

Luckily, there are at least 15 countries and cities around the world which have made serious strides in the race against plastic, and the rest of us can learn a lot from them.

02. Vanuatu – On July 30, 2017, its independence day, the Pacific nation of Vanuatu announced the beginning of a phasing out of plastic bags and bottles.

03. UK – In January 2018, the UK announced a 25-year plan to “set the global gold standard” on eliminating plastic waste, according to environment minister Michael Gove.

04. Taiwan – In February, Taiwan announced one of the farthest-reaching bans on plastic in the world, restricting the use of single-use plastic bags, straws, utensils, and cups.

05. Zimbabwe – In July 2017, Zimbabwe announced a total ban on expanded polystyrene (EPS), a styrofoam-like material used for food containers that takes up to a million years to decompose.

06. Montreal – The Canadian city of Montreal kicked off 2018 by banning single-use plastic bags.

07. Malibu – In March 2018, the Californian city of Malibu’s local council voted to ban the sale, distribution, and use of single-use plastic straws, stirrers, and plastic cutlery, to begin on June 1.

08. Seattle – As of July 1, Seattle will become the first US city to enact a ban on plastic straws, along with single-use plastic utensils.

09. Australia – South Australia, the Australian Capital Territory, Tasmania, and the Northern Territory, have state-wide bans on single-use plastic bags, and Queensland is set to follow in July 2018.

10. Canada – In January 2018, Canada put a full stop to plastic microbeads. Although microbeads are still permitted to be manufactured and imported for non-prescription drugs and certain natural health products until July 1.

11. Hamburg – The German city of Hamburg brought in a fairly niche plastic ban in February 2016 — against non-recyclable plastic coffee pods.

13. New Delhi – This massive city in India, home to over 20 million people, took a major step toward helping the planet when it banned all forms of single-use plastic in 2017.

14. Morocco – Before the ban, which was signed into law on July 1, 2016, Morocco used 3 billion plastic bags every year — an incredible 900 bags per person every year.

15. Rwanda – When other countries around the world were just starting to think about imposing taxes on plastic bags, Rwanda banned them completely.