If only the world were populated by giant cats. Now there’s a thought that many of us have had while daydreaming in school or at work. You can’t tell me I’m the only one.

Imagine how wonderful it would be to pet a purring three-meter tall feline, all fluffy and friendly. Well, you don’t have to imagine anymore. Russian artist Andrey Scherbak has uploaded nearly 150 photos of giant cats online, and they’re close to purrfect. BP interviewed Andrey and found out a lot about the artist’s life and the inspiration behind his giant cat project. So keep scrolling, check out our interview, upvote your favorite kitty cats, and let everyone know in the comments which photos you liked and why. 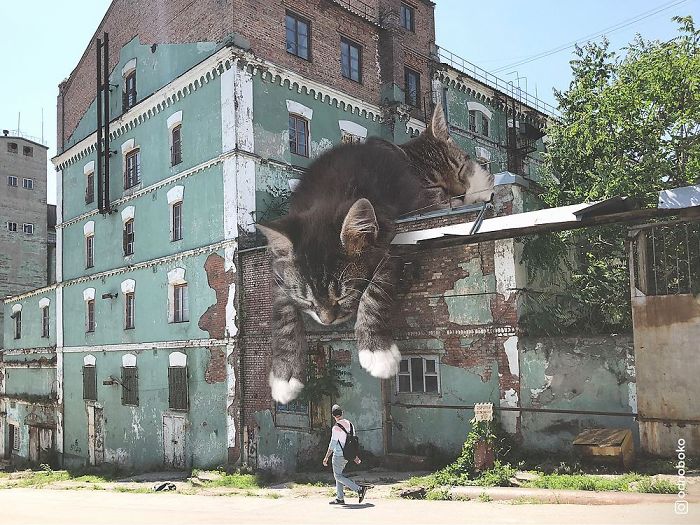 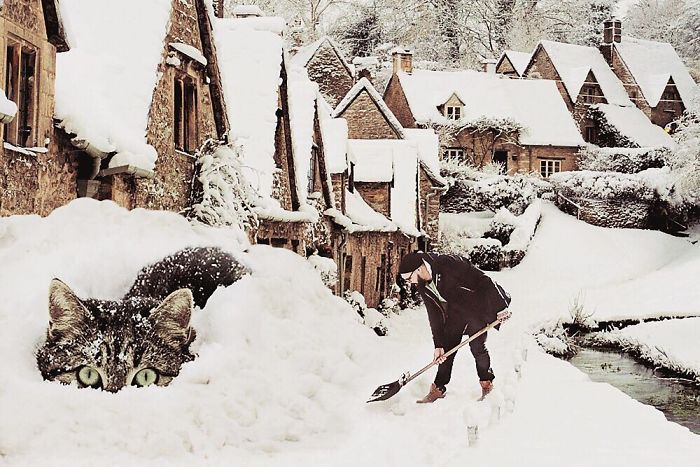 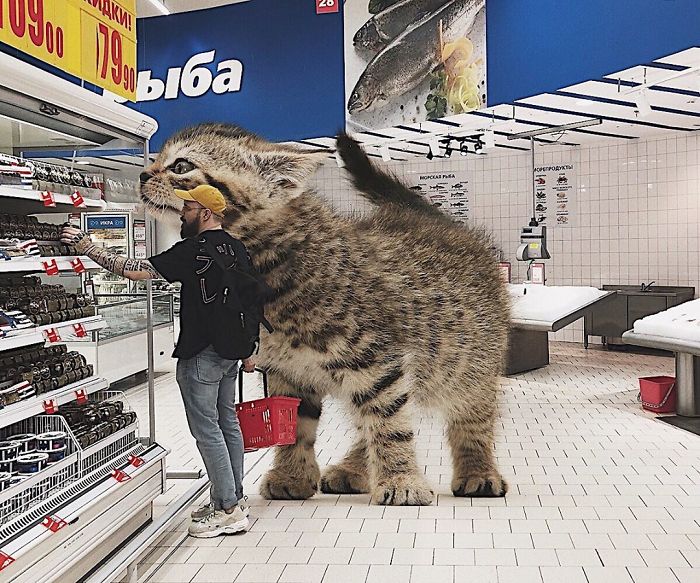 Andrey’s cat photos are as varied, as they are impressive. The four-legged furballs can be seen doing everything alongside the artist, from going to the convenience store to do some shopping, to jumping on top of trains.

Some of the cats look to be about three meters tall (that’s nearly 10 feet for those of you who still use the Imperial system), but others are clearly much, much larger. And the bigger the better, right? Andrey, who also goes by the playful pen name Petechka Odnobokov (Little Peter One-Side) online, has drawn in over 8,600 cat fans to his Instagram account.

The Russian artist said in an interview that he lives in Rostov-on-Don, and works remotely from home as a creative director for an advertising agency in Moscow. 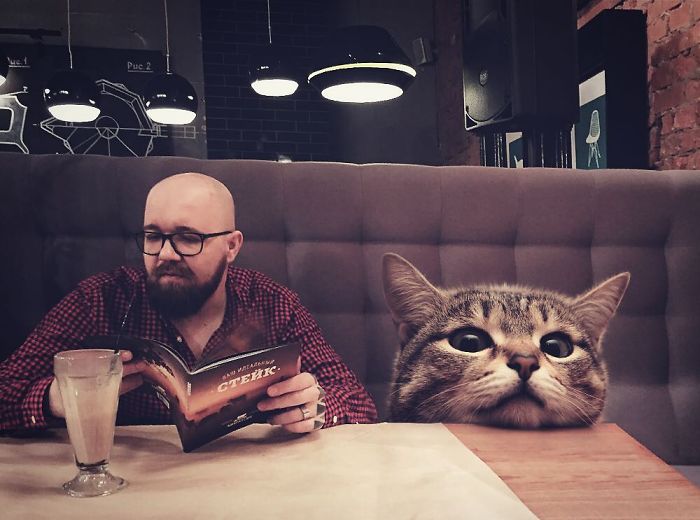 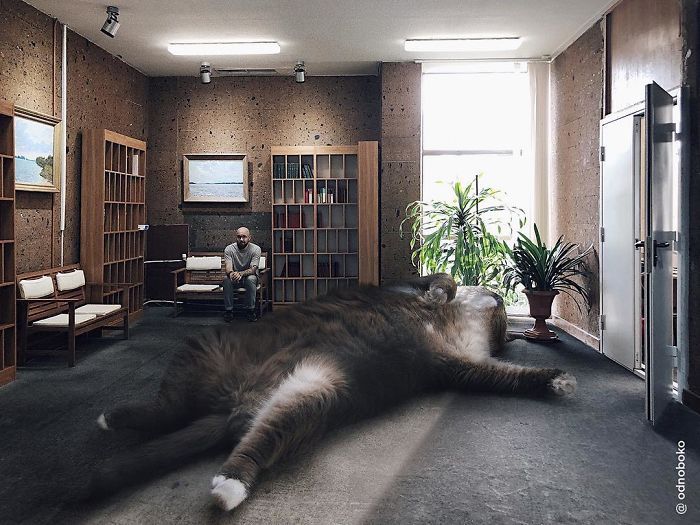 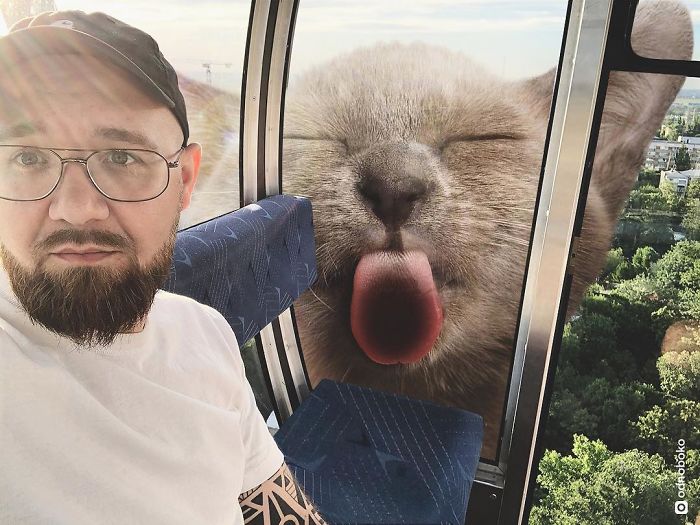 Andrey confessed that he is a bona fide animal lover: “I have two cats, male and female. The male cat is named Pif. I took him from an animal shelter as an adult, when he was already around 5 years old. The female cat is named Panya, and I found her in the street. Now she’s 6 years old. She’s autistic. I also have a Labrador named Rooney who is 3 years old. He can be seen in some of my photos. All of my pets get along very well and don’t fight.” 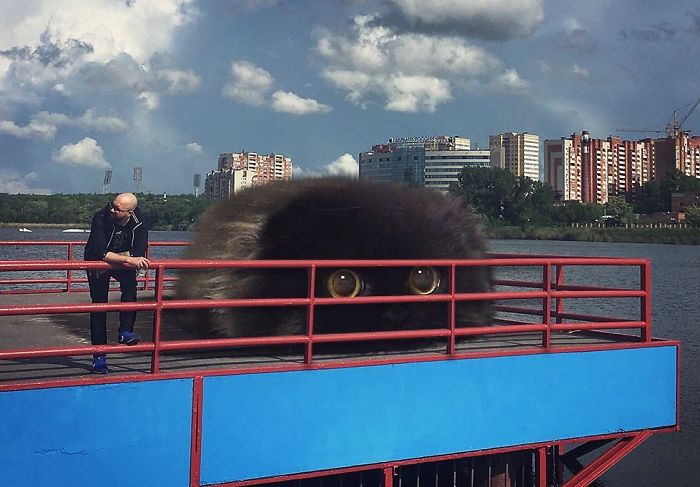 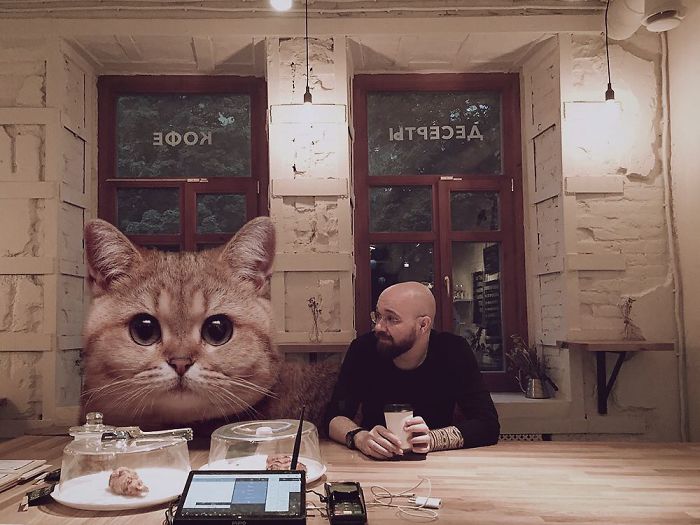 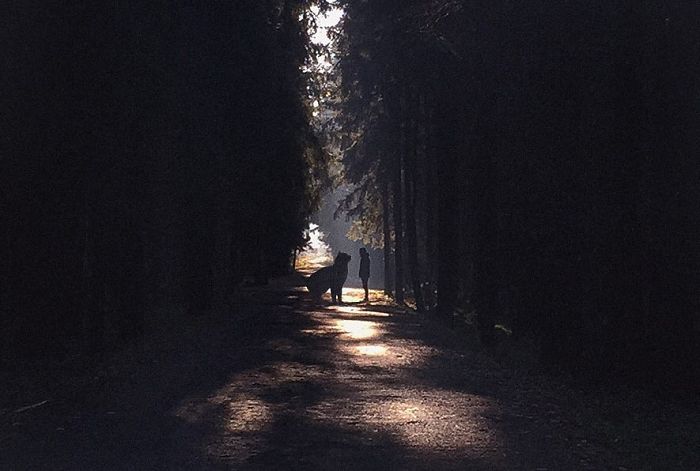 The artist explained that the idea for his giant cat project “came about by chance”. “I was looking through a photo album and one picture I had taken in a forest on a corporate retreat caught my eye, and that’s how the idea was born. I liked it, so I took another photo with the intention of placing a cat in it. I decided to create an Instagram account full of pictures of only me and cats because that’s not very different from the reality I live in. I lead a rather isolated way of life.” 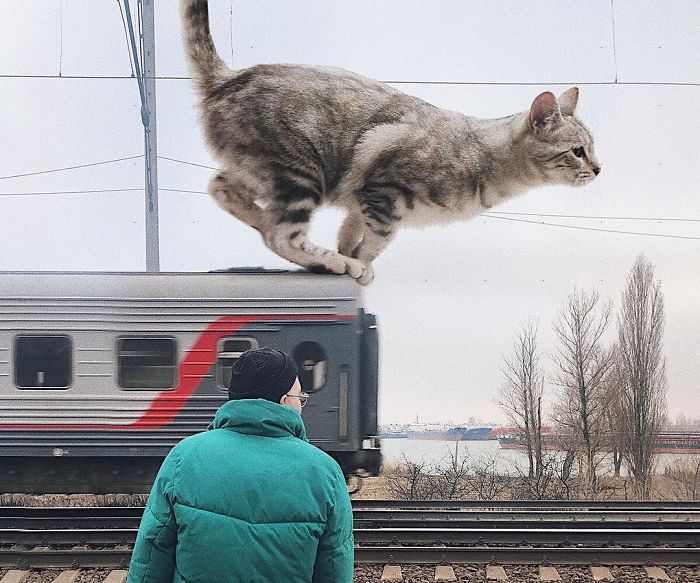 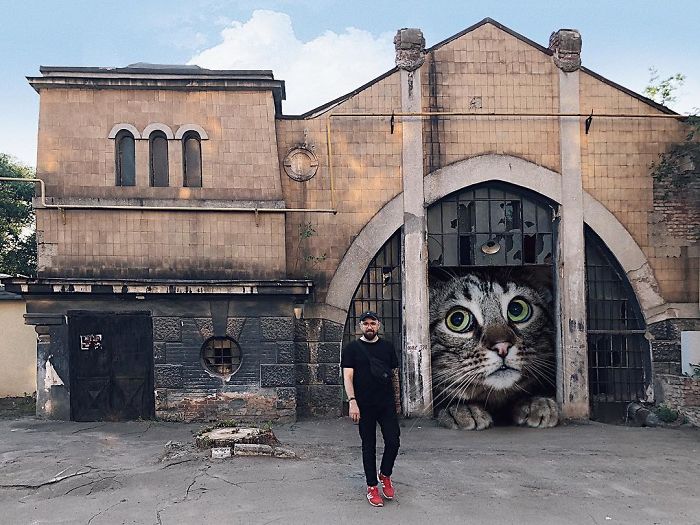 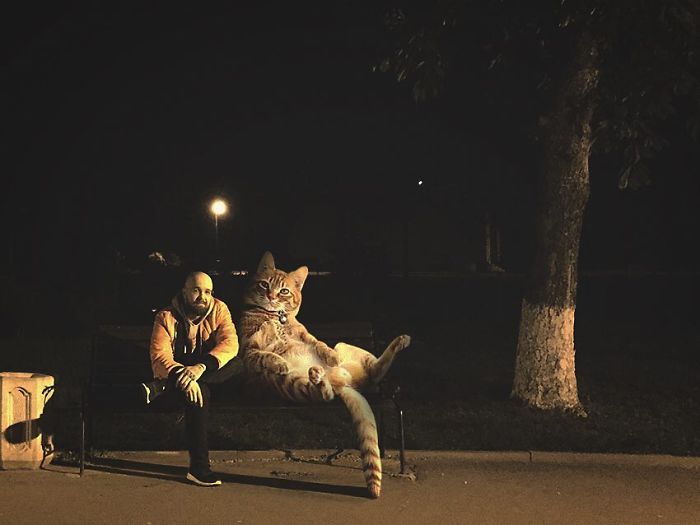 Andrey revealed that he finds cat pictures that he edits into his photos on Google. “I tried taking pictures of my own cats, but they can never sit still.” The artist said that creating each one of his giant cat pictures takes a different amount of time: “I can finish some in an hour, but there are times when posing the cat is difficult, and I have to start all over. On average, each picture takes me around 4 hours to compose.” 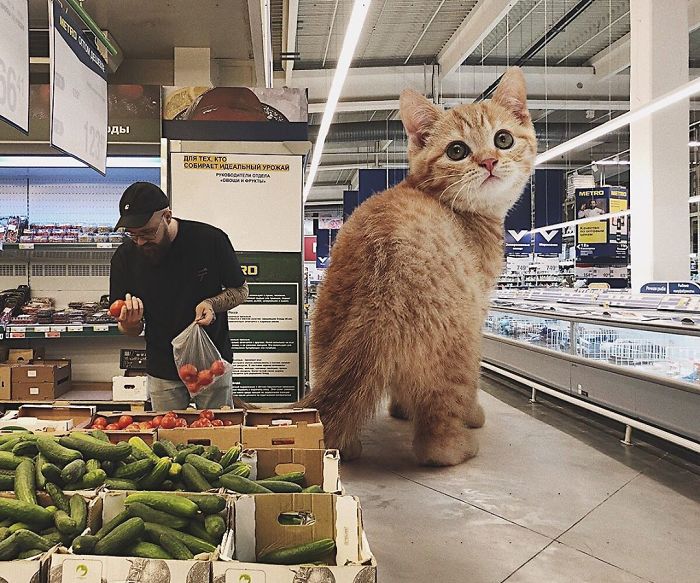 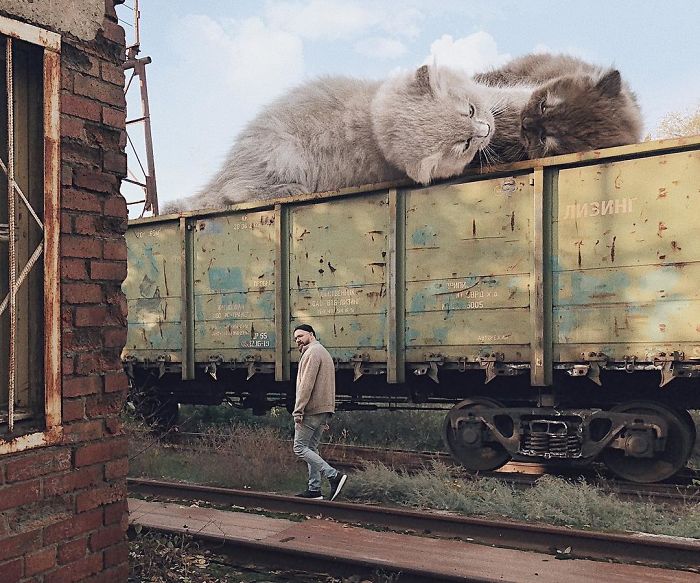 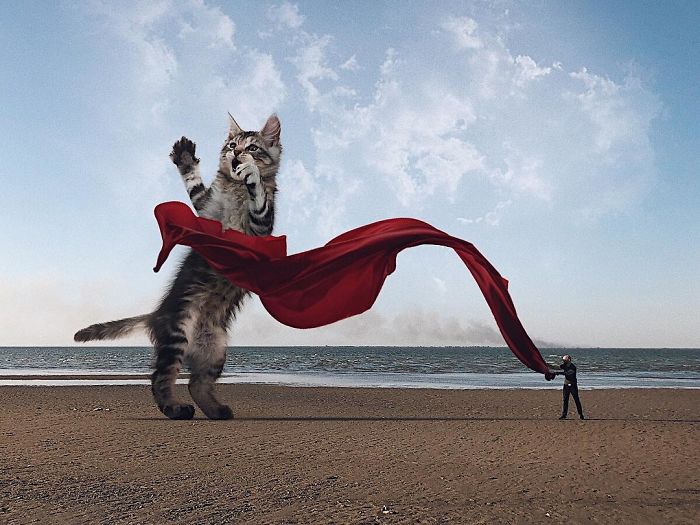 “When I have some free time, I go for walks in the park with my dog or I read books. On the weekends, I explore the city and the countryside in search of new shots for my pictures.” The artist said that he didn’t notice any changes in his life after his cat project went viral because he leads an isolated lifestyle: “I rarely see any people, except for my girlfriend and my parents.” Andrey mentioned that he “didn’t know” that his project had become so popular. Finally, he revealed that he makes his awesome pictures using Photoshop and VSCO for filters. That’s good to know for any amateurs out there who are planning on following in Andrey’s footsteps. 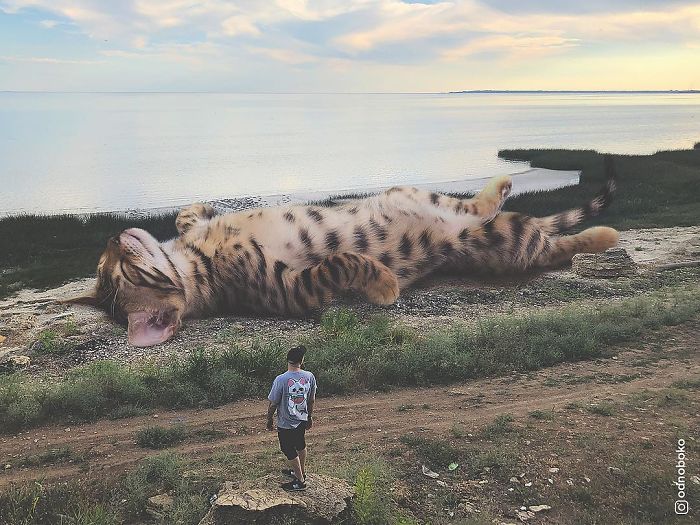 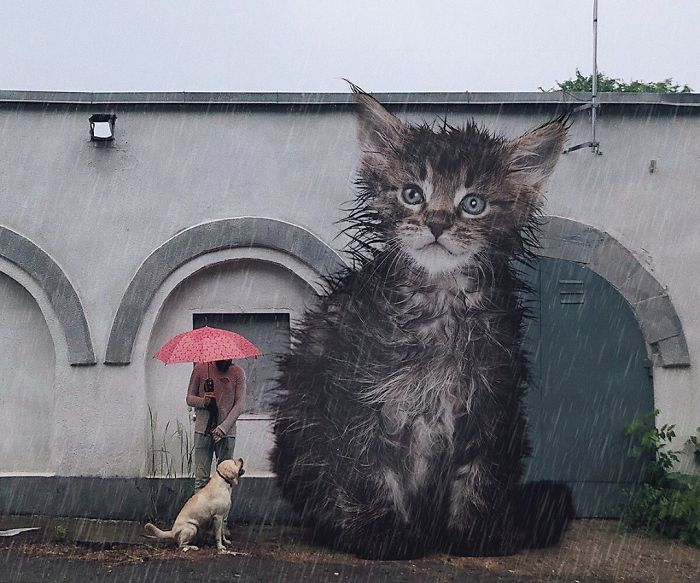 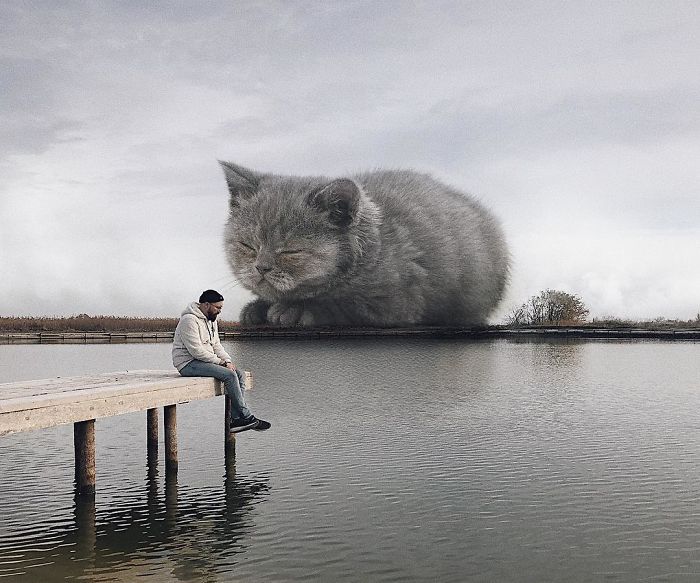 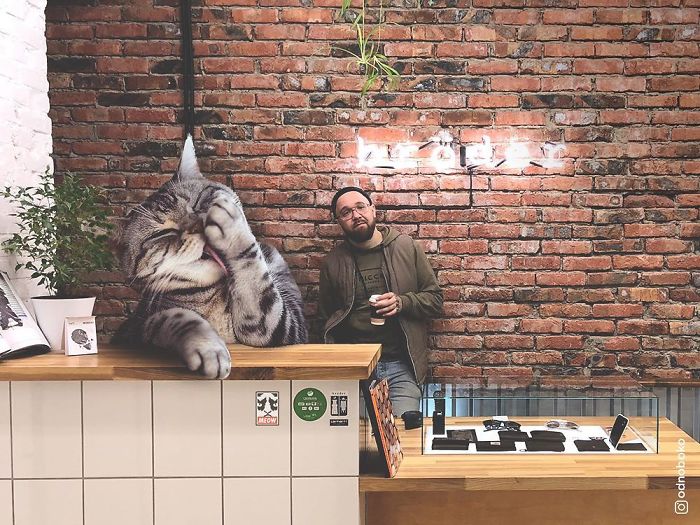 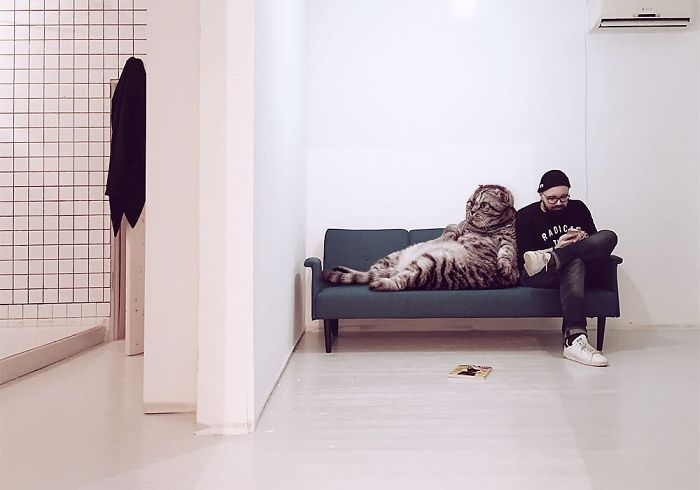 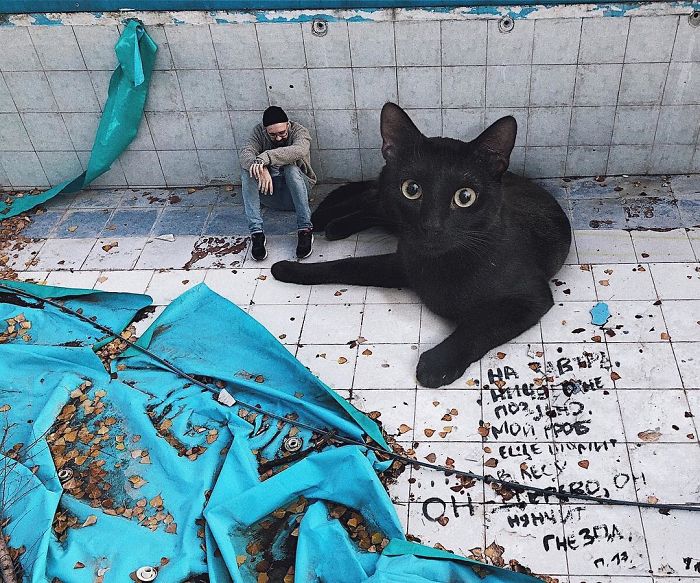 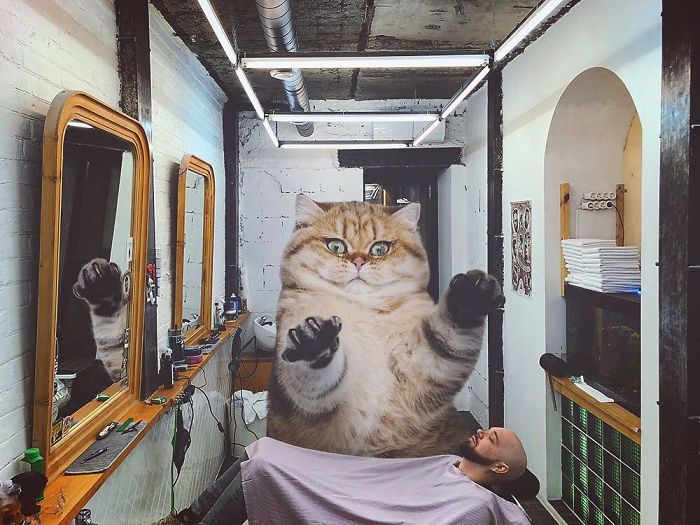 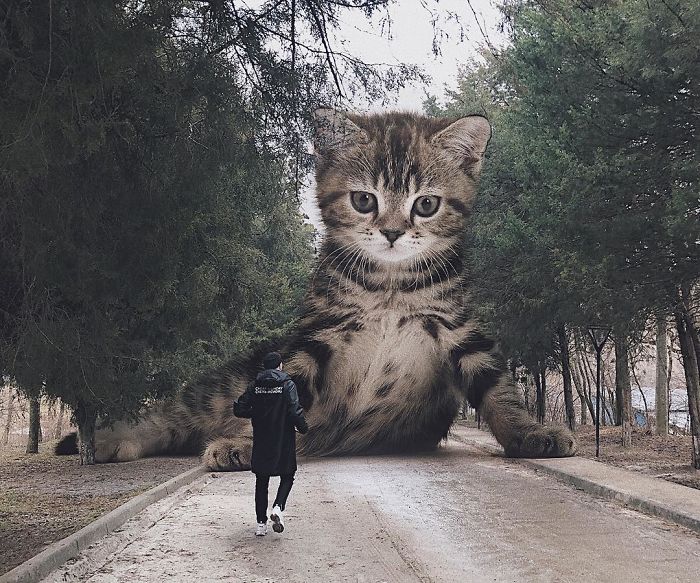 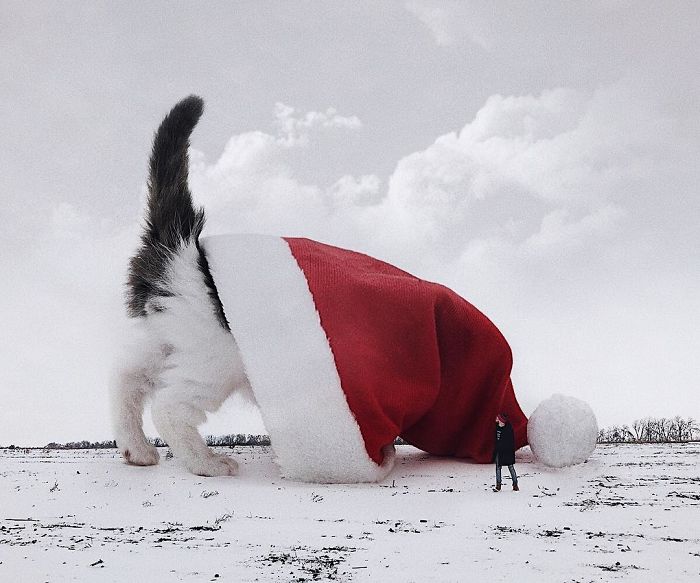 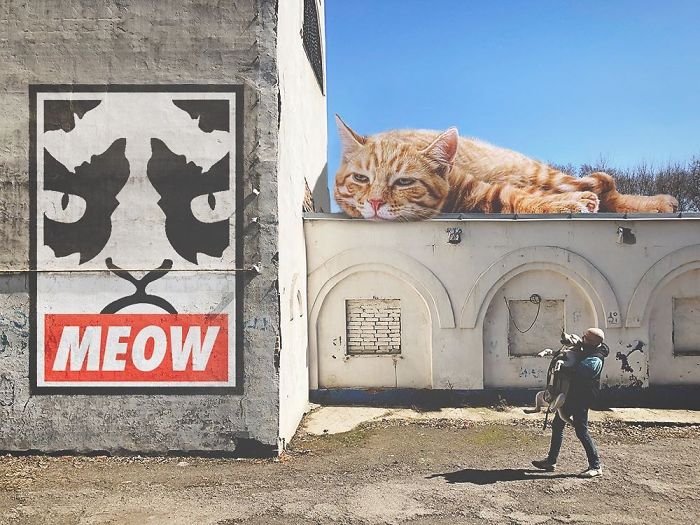 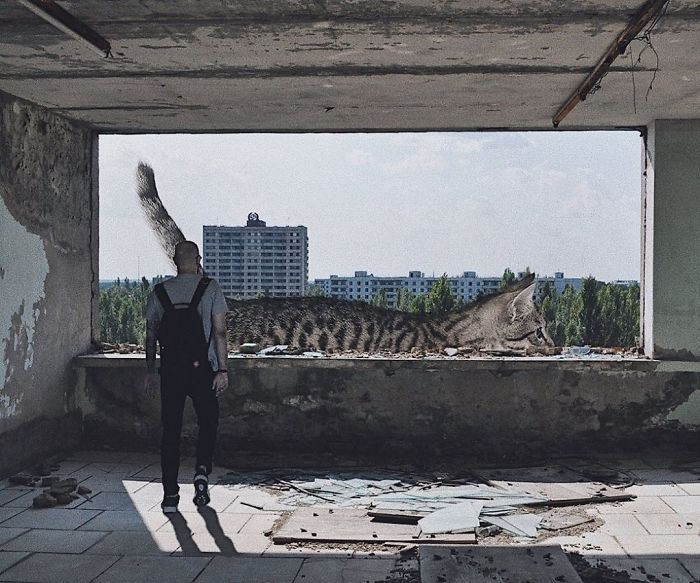 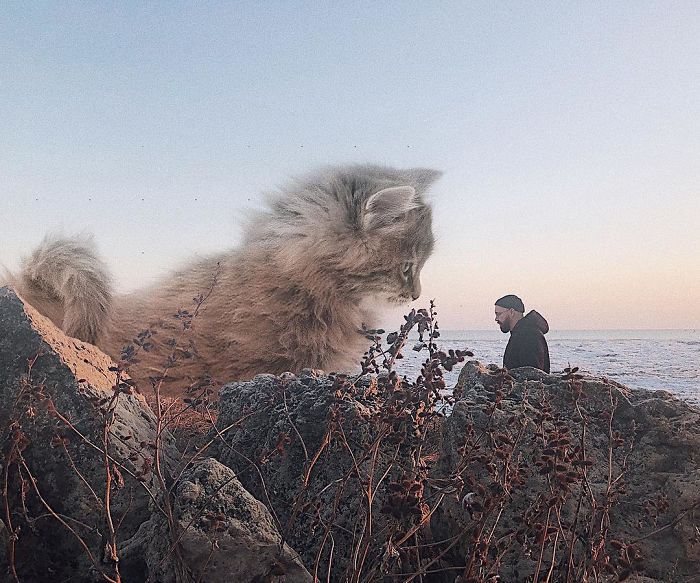 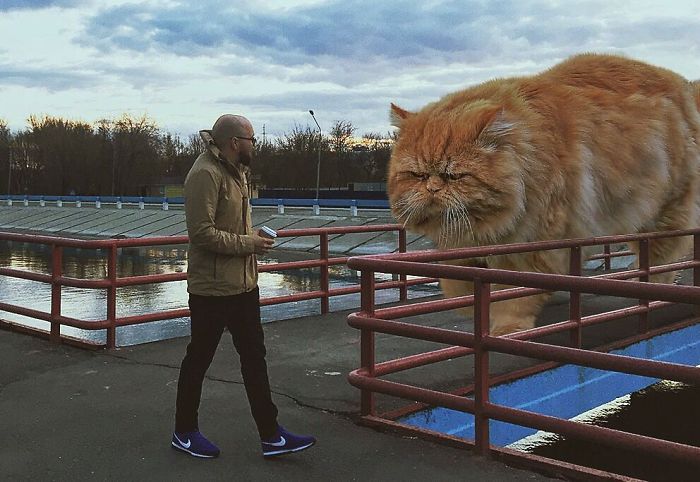 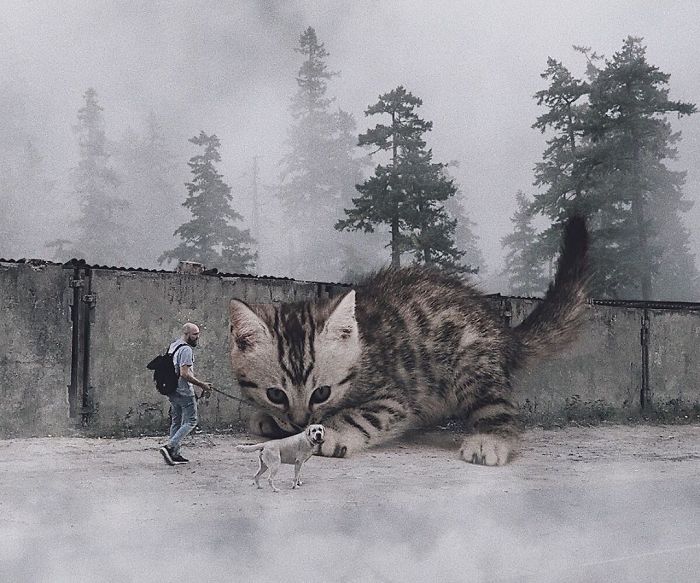 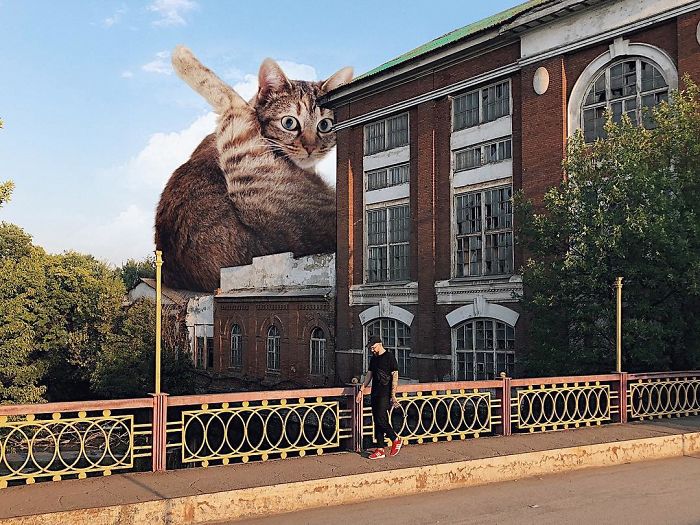