25+ Art Destinations Around The World To Visit Before You Die

by Architect K.A.
Reading Time: 14 mins read
0 0
A A
0
SHARES
37
VIEWS
Share on FacebookShare on TwitterPin to Pinterest

“Art washes away from the soul the dust of everyday life.” ― Pablo Picasso 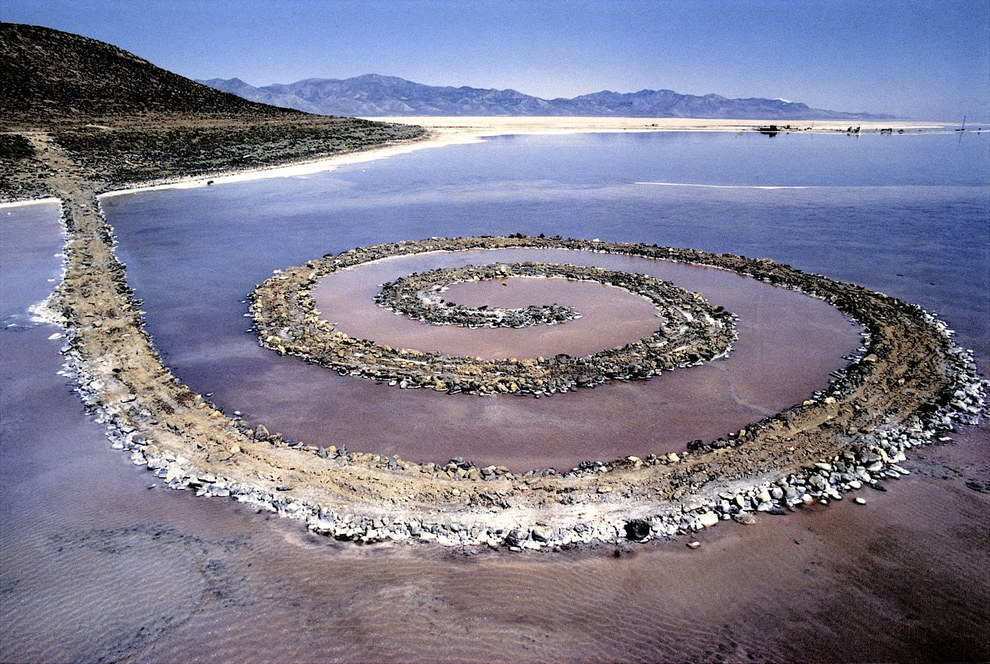 In 1970, artist Robert Smithson wandered out onto northeastern shore of the Great Salt Lake in Utah and began work on what is perhaps his best known project–The Spiral Jetty. Since Smithson’s untimely death only three years after its completion, Spiral Jettyhas become a primal testament to humanity’s mark on the environment and a popular destination for tourists and art lovers alike. 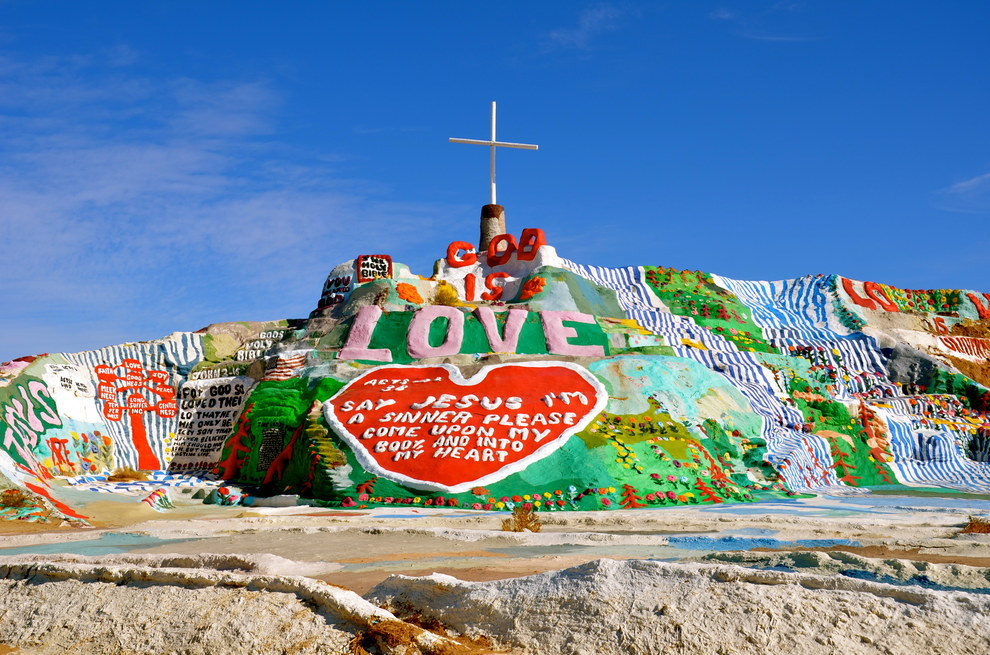 In 2000, the Folk Art Society of America declared Salvation Mountain as a “folk art site worthy of preservation and protection.” This huge, brightly colored art installation in California’s Colorado Desert was built by hand, day after day for years, by a man named Leonard Knight as a testament to his love for Jesus Christ. 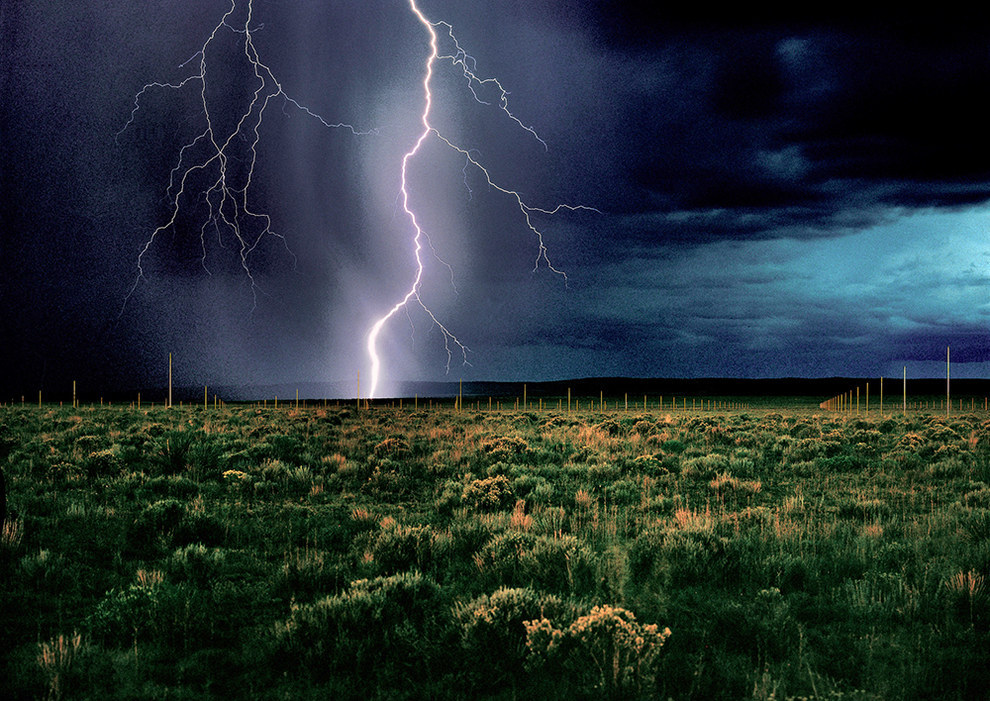 Deep in a remote desert region of New Mexico is a field of 400 polished stainless steel poles–each an ideal conductor of electricity during passing lightning storms. American sculptor Walter De Maria’s Lighting Field is an icon of an art movement known as “Land Art” and a spectacular show of nature’s sheer force and beauty. 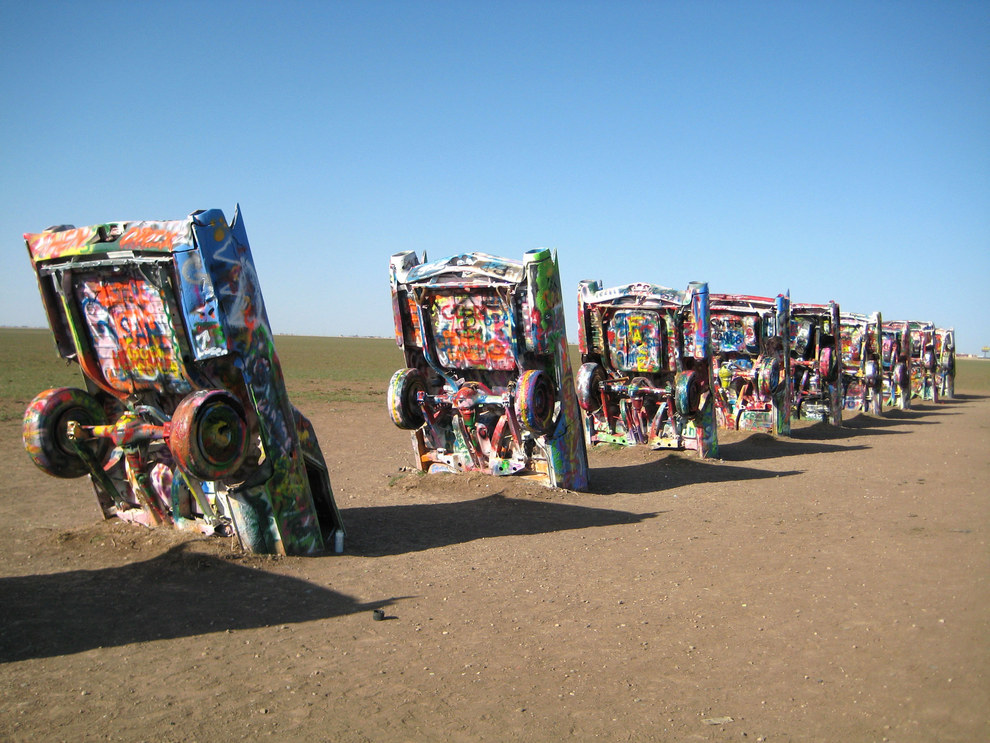 Cadillac Ranch is an art installation built in 1974 by an art collective named ‘Ant Farm’. Since then, these Cadillacs have been completely covered in spray paint and graffiti–but it’s actually encouraged! It’s also the inspiration for “Cadillac Range” in Pixar’s Carsas well as a classic track on Bruce Springsteen’s 1980 album The River. 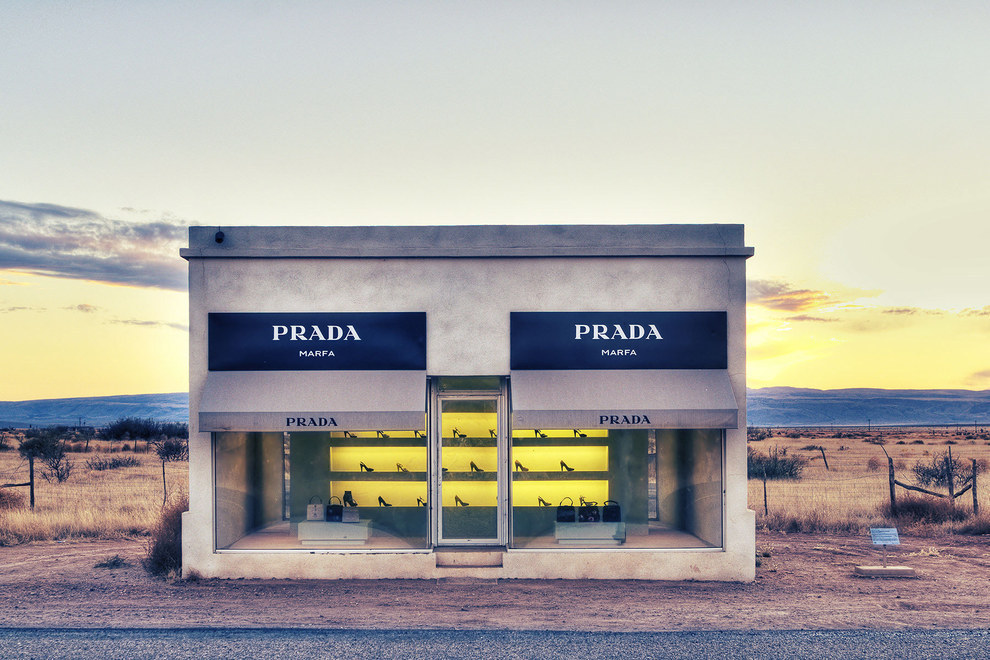 During the 1970s, artist Donald Judd along with Dia Art Foundation purchased a large portion of land in Marfa, Texas, transforming the small desert town into a mecca of Minimal and Contemporary Art. It was his belief that art museums were restrictive and temporary, while art installed directly in nature would allow a transformative and more intimate experience for the viewer. 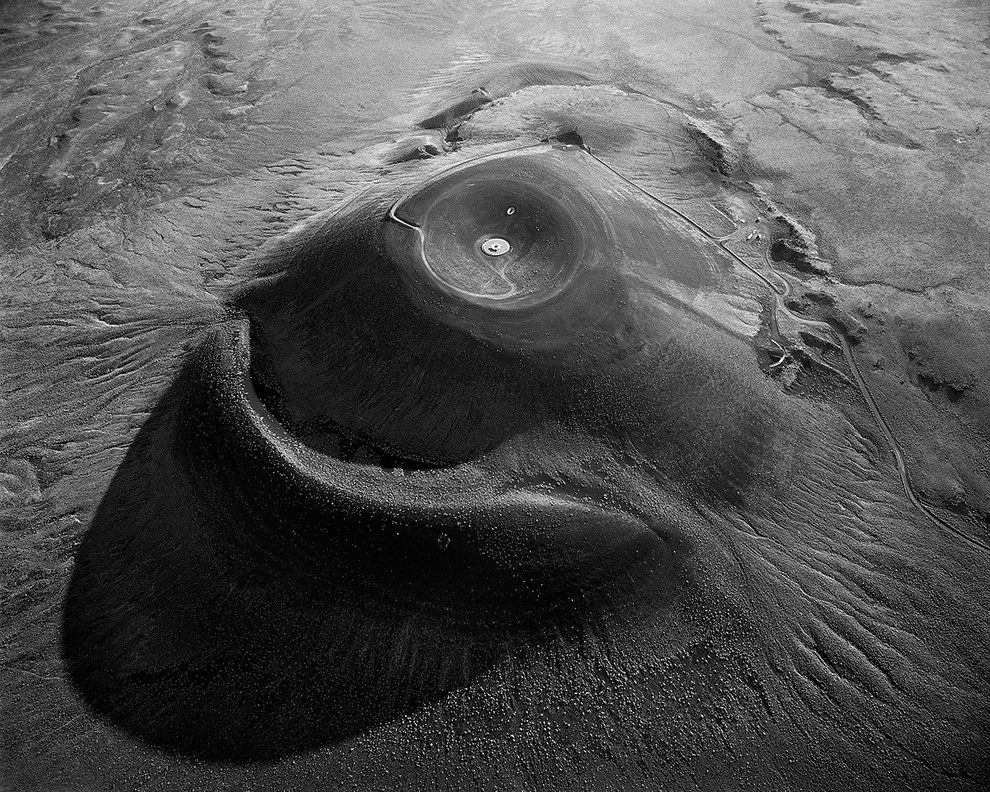 The Roden Crater is a 400,000 year old, 3-mile-wide extinct volcano that was purchased by artist James Turrell in 1979. Still incomplete to this day, the crater has built a reputation as one of the most ambitious and monumental projects of the “Land Art” movement. 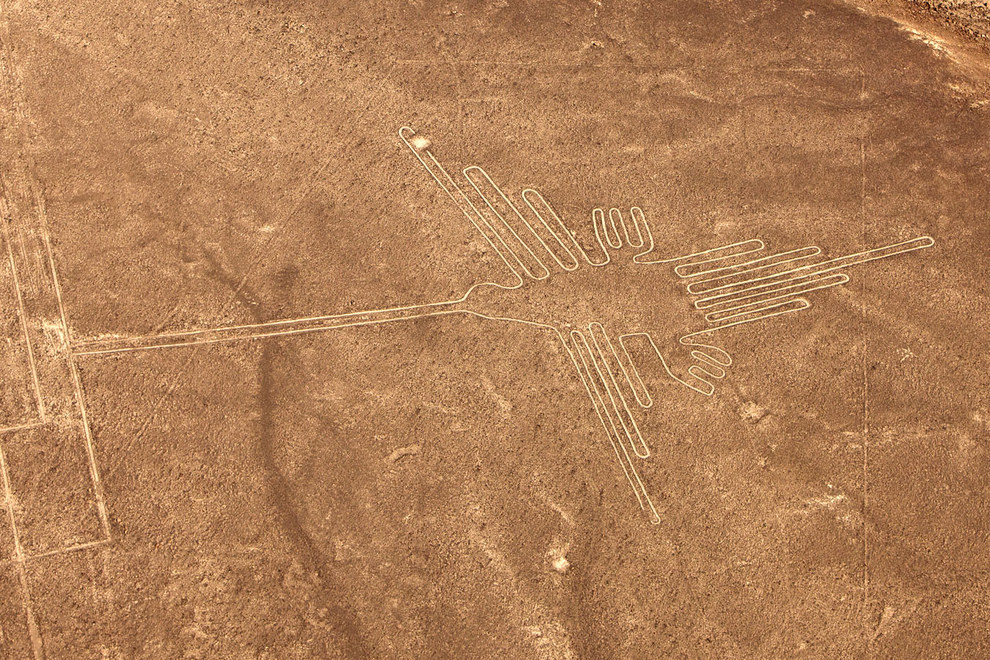 Pre-dating the American “Land Art” movement by almost 2000 years, the Nazca Lines are believed to have been made by Peru’s Nazca people, who flourished between 1–700 A.D. In total, there are about 300 geometric figures, some as wide as 30 miles long and visible from space! Why did they put them there? No one knows for sure… 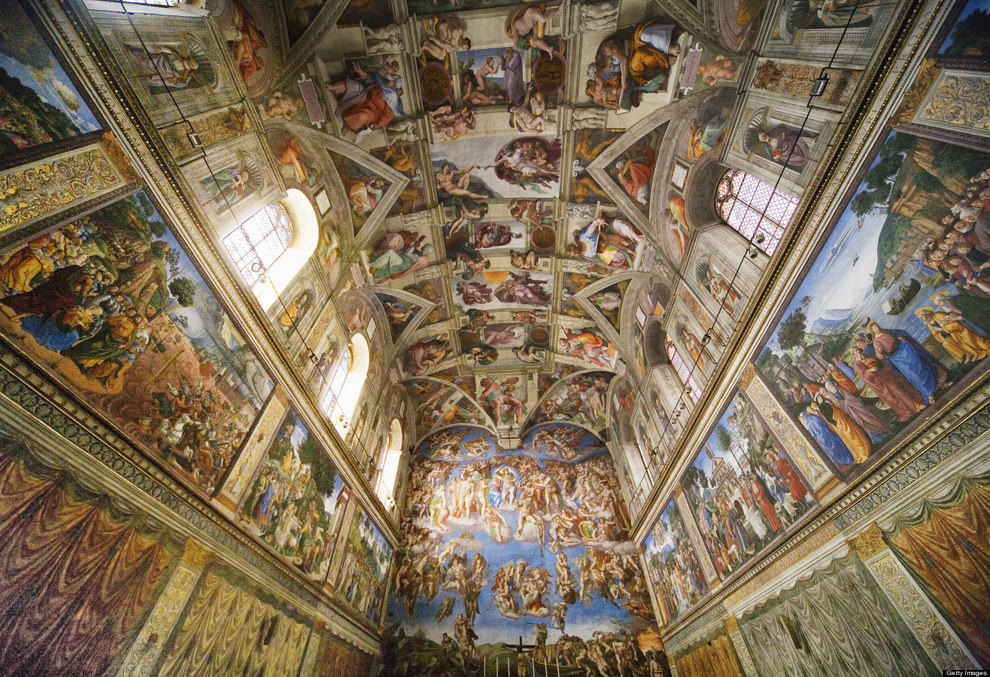 The Sistine Chapel needs little to no introduction when it comes to being one of the most iconic art destinations in the world. The chapel is home to a flood of priceless works including frescos by Sandro Botticelli, Domenico Ghirlandaio, and of course, the famedLast Judgement by Michelangelo. 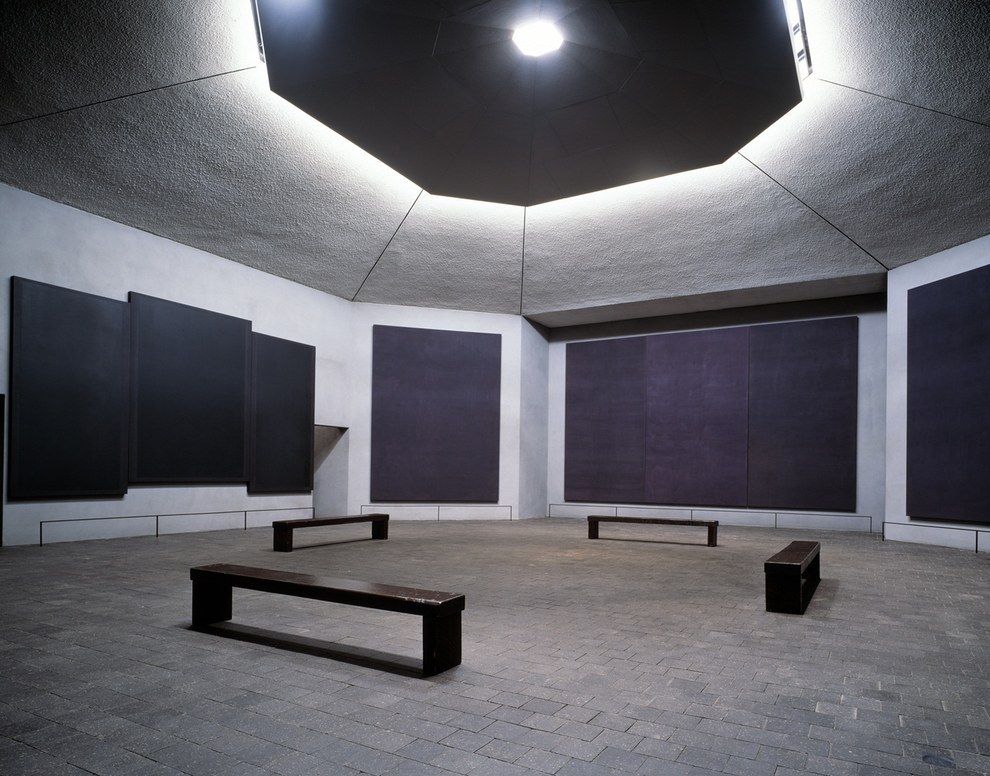 When the Museum of Modern Art acquired Mark Rothko’s painting No. 10 in 1952, it was so radical at the time that several museum staffers actually resigned in protest. Built a little over a decade later in 1964, Rothko’s Chapel perfectly encapsulates the quiet, contemplative qualities that those absent minded MoMA staffer’s didn’t seem to catch the first time around.

Chapelle du Rosaire de Vence, or the “Matisse Chapel”, was a passion project by artist Henri Matisse to which he began at the ripe old age of 77. The chapel features a number of his original works and was often referred to by Matisse as his “masterpiece”. 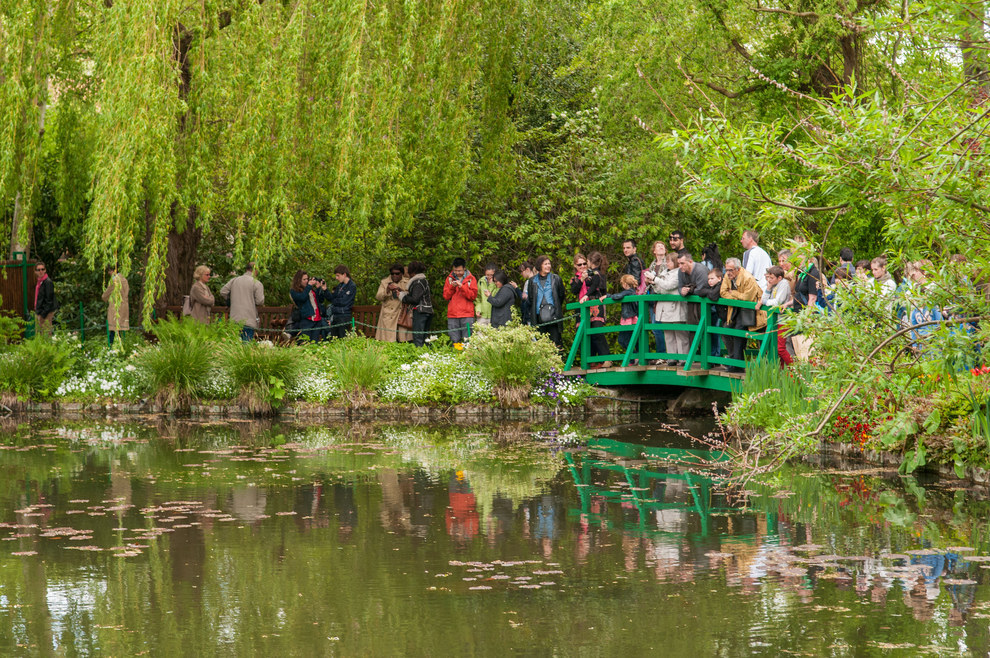 On a train to Paris in the 1800s, Claude Monet peered out his window at the passing village of Giverny–he immediately fell in love. Today, guests are invited to tour the gardens where Monet produce some of his most iconic works en plein air. 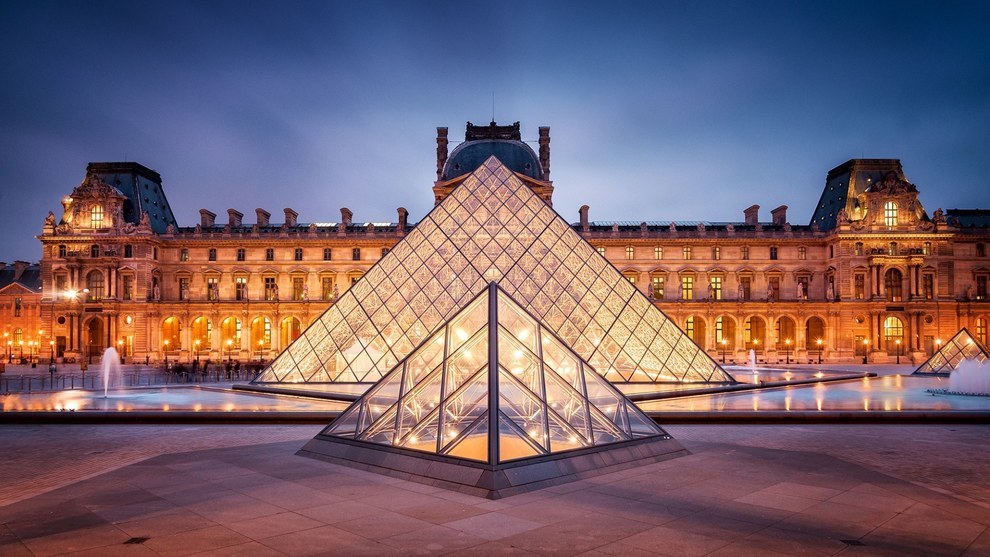 With over over 400,000 works on view, it’s said that it would take over three months to see everything on view in this museum! Off course, there’s some heavy hitters that may be worth skipping to–including the Venus de Milo and Leonardo da Vinci’s Mona Lisa. 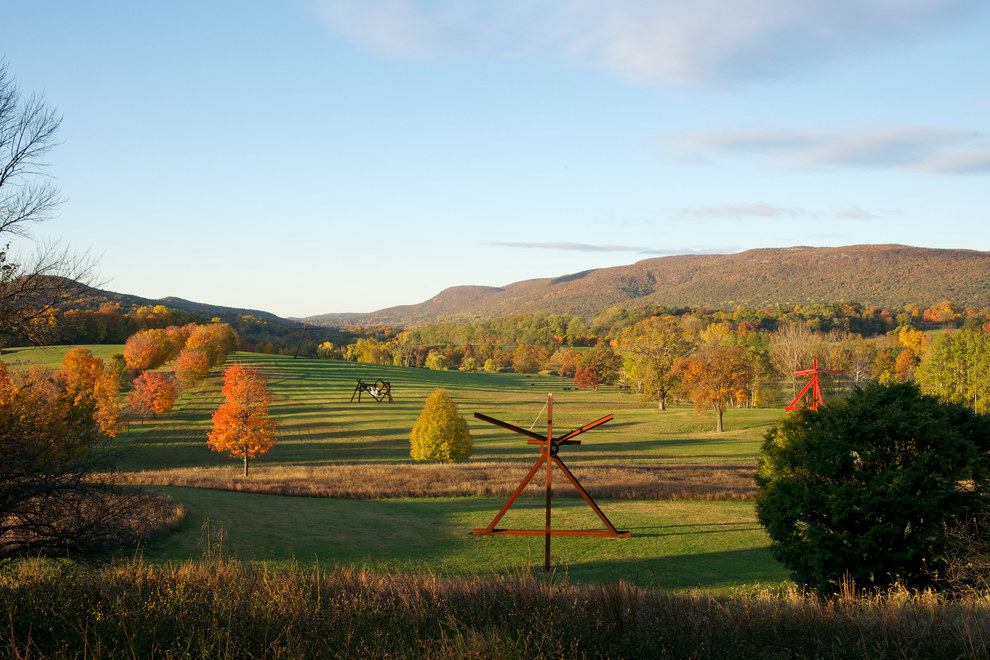 Storm King Art Center is located a little over an hour from New York City in the beautiful Hudson Valley. This open air sculpture park features permanent works by Richard Serra, Maya Lin, Louise Bourgeois, and Roy Lichtenstein–just to name a few. Also, the views of New York are to die for! 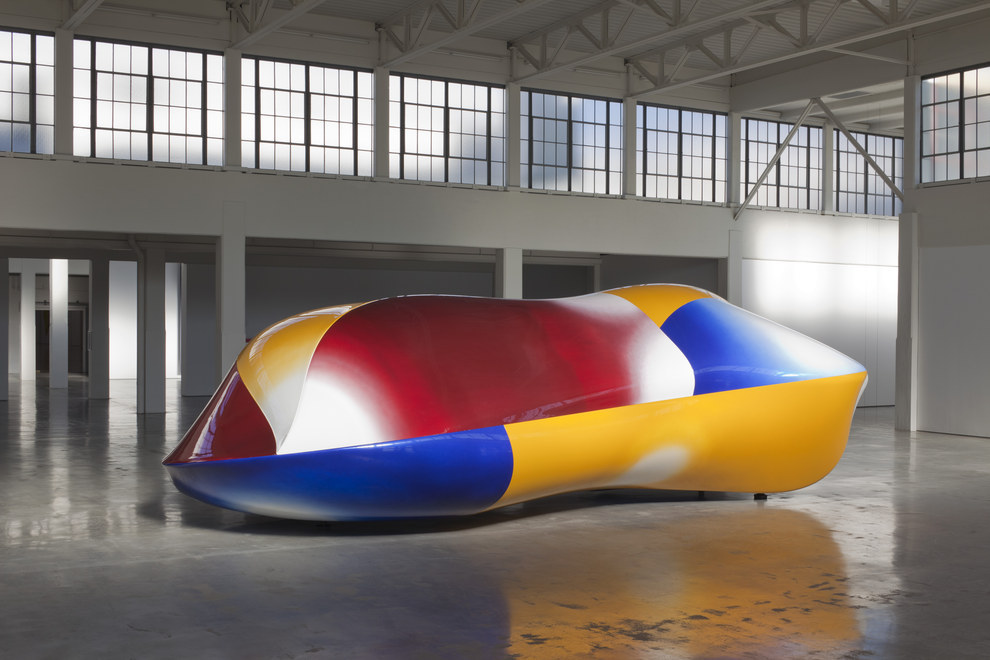 Dia:Beacon is an art museum located in an old converted Nabisco factory, a little over an hour outside of New York City in the Hudson River Valley. Where else can you find works by Andy Warhol, Dan Flavin, Richard Serra, Michael Heizer, Kawara, Agnes Martin, Blinky Palermo, and Robert Ryman, all showing under the same roof at once! 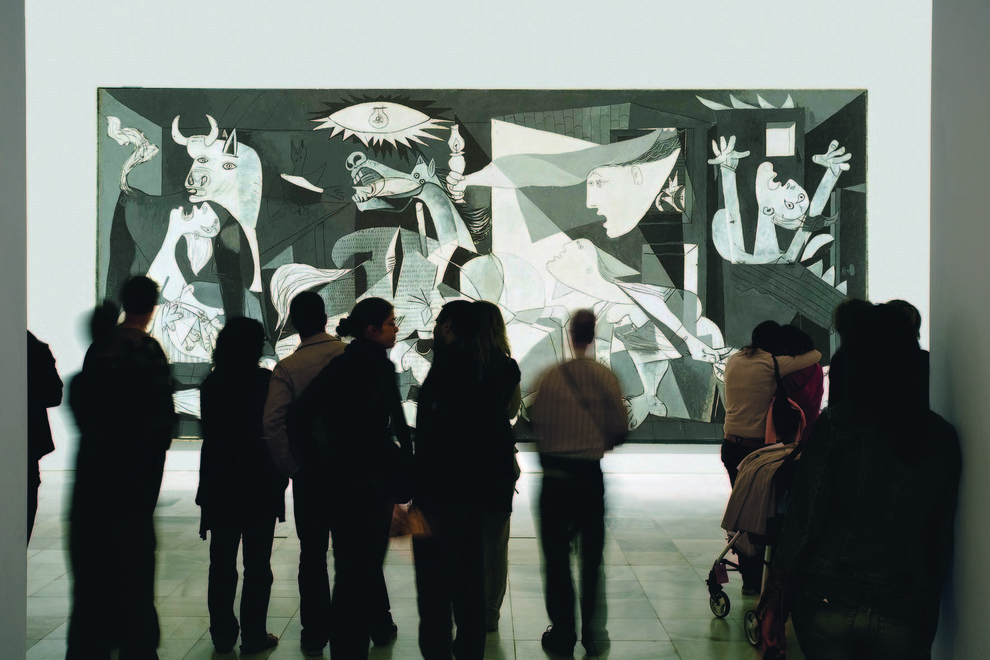 The Museo Nacional Centro de Arte Reina Sofía is Spain’s national museum of 20th-century art. It’s collection is primarily dedicated to Spanish art and features what is perhaps the most famous work by artist Pablo Picasso–Guernica. 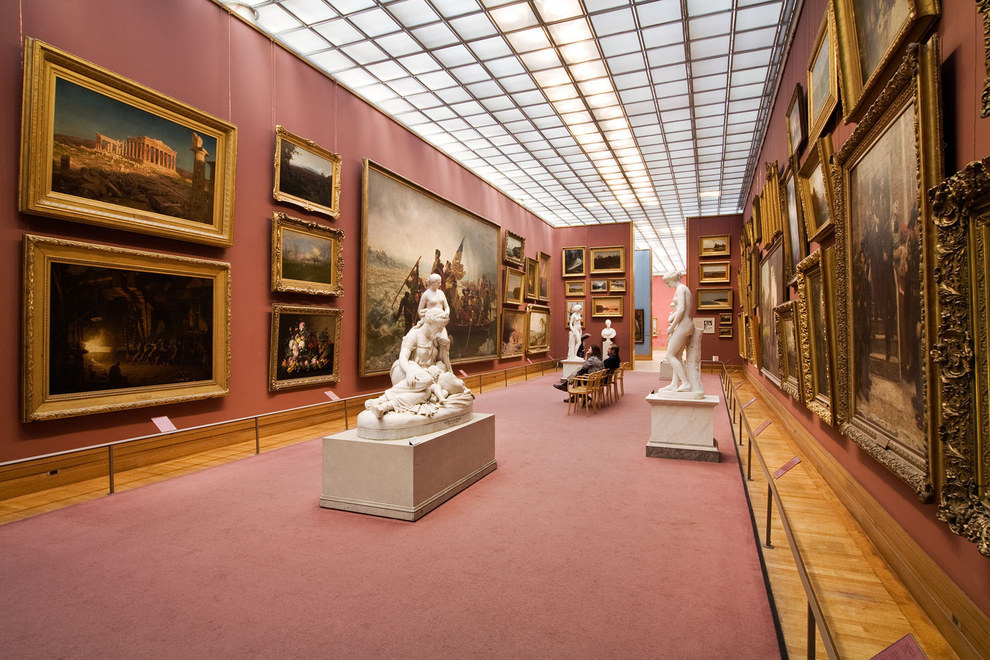 The Metropolitan Museum of Art is one of the most visited art museums in the world, featuring over two million works of art in seventeen curatorial departments. A must see for anyone visiting New York. 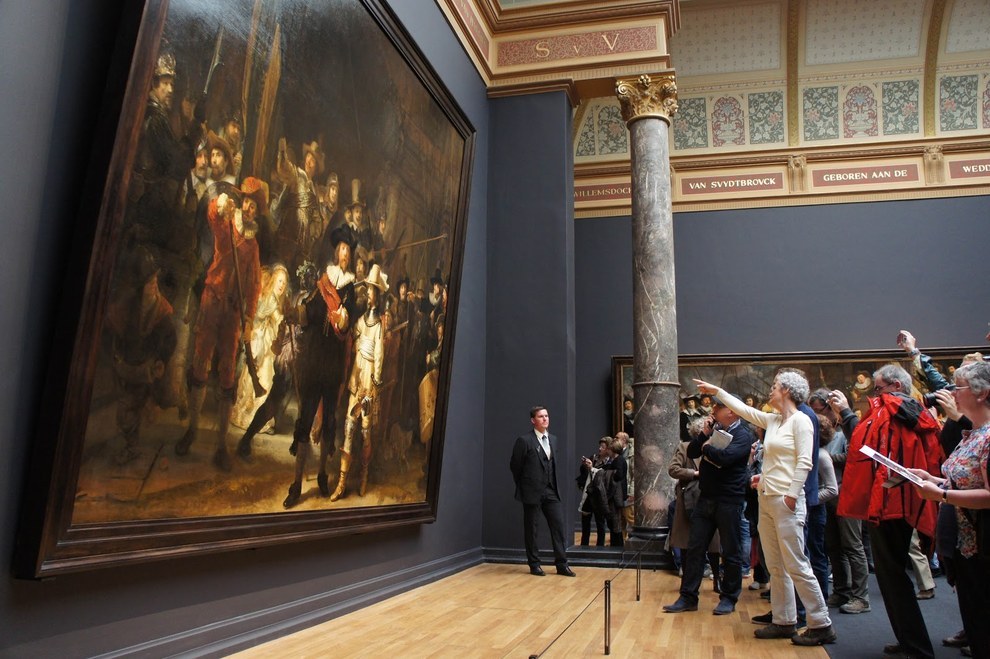 To stand face to face with Rembrandt’s 1642 masterpiece, The Night Watch, is alone well worth a visit to the Rijksmuseum. But the 2,000 other paintings from the Dutch Golden Age should be enough to book your plane tickets. 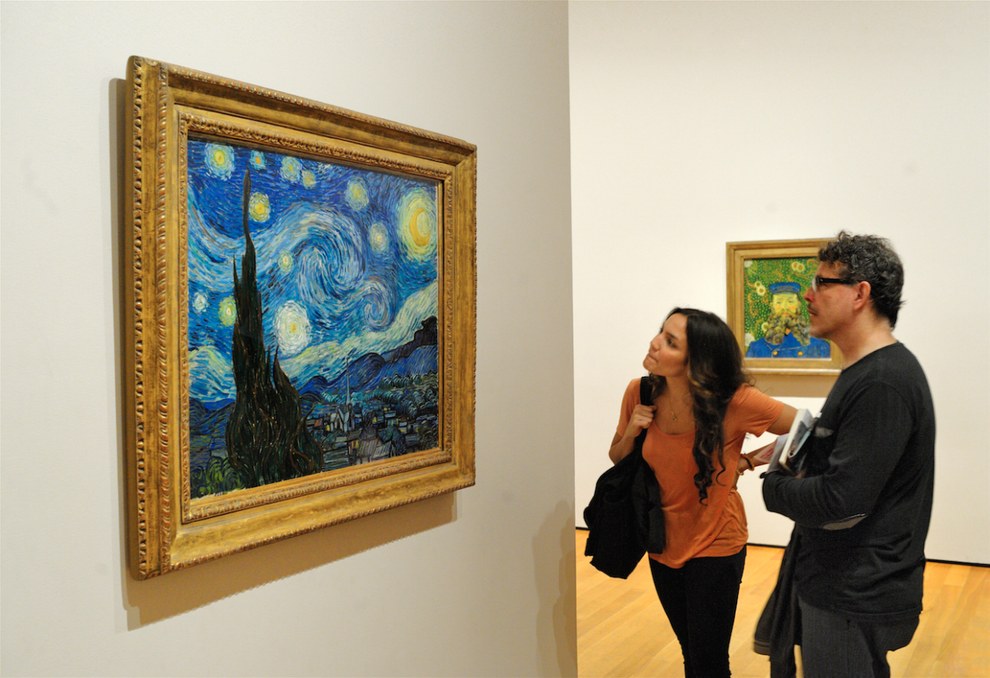 It’s worth braving the selfie-taking-tourists and crowded galleries to catch a glimpse of Vincent van Gogh’s The Starry Night or perhaps Pablo Picasso’s Les Demoiselles d’Avignon. 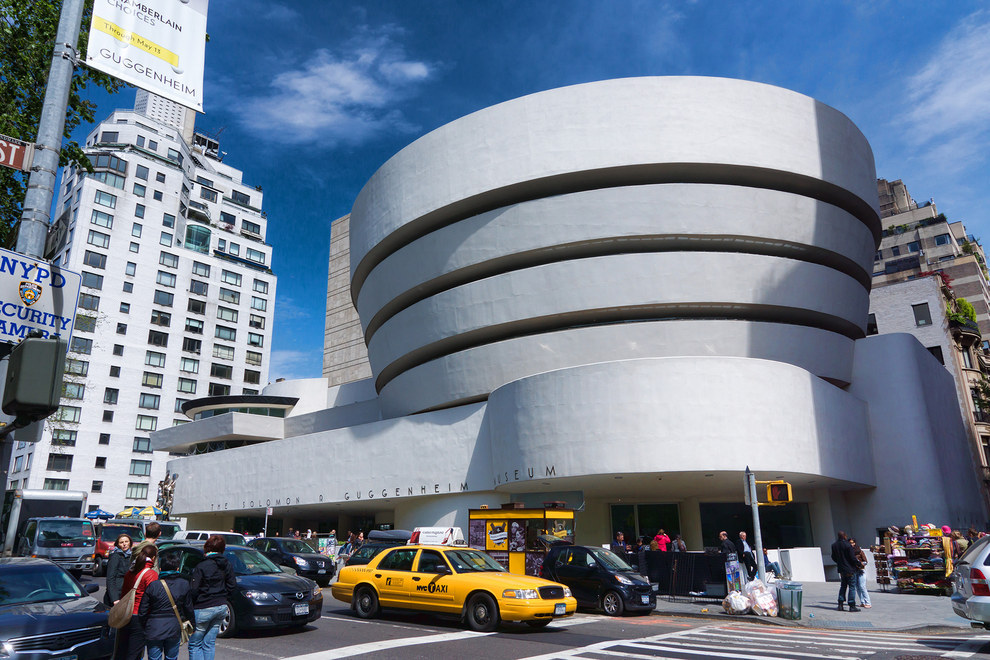 The Guggenheim itself is a work of art that was designed by Frank Lloyd Wright and completed in 1959. Inside is a treasure trove of iconic works from the Guggenheim’s extensive collection and an immersive space for viewing their ever changing calendar of art surveys. 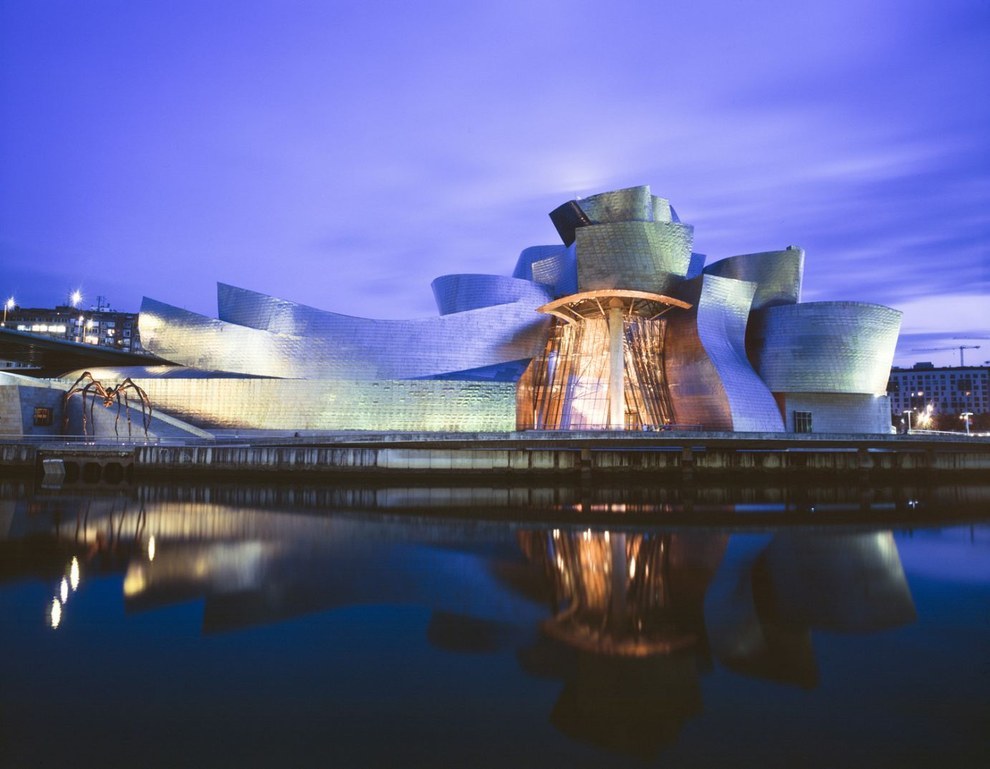 The Guggenheim’s sister museum lives up the precedence set by its New York City counterpart and has also established itself as a world class art destination. 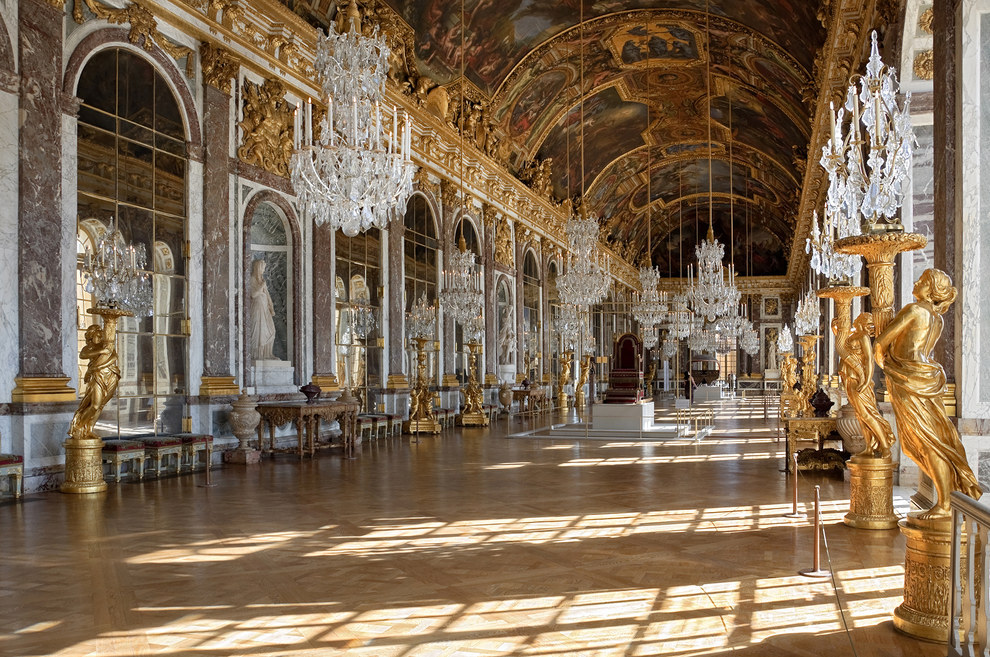 Having housed the kings and queens of France until the French Revolution, the Palace of Versailles is one of the world’s most lavish and opulent residences in the world. It’s Baroque heaven in there! 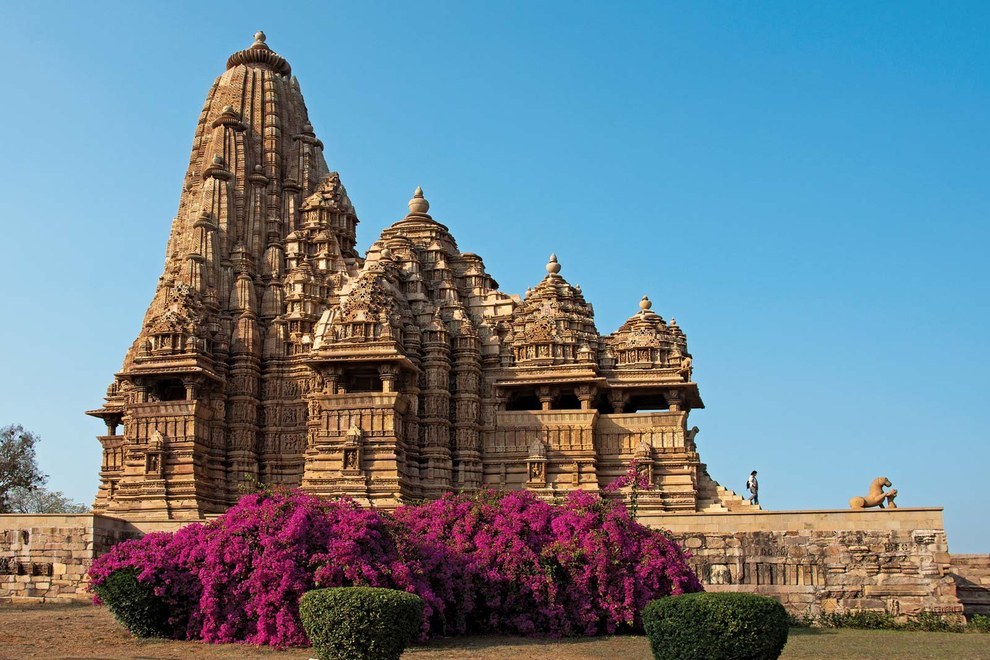 The Lakshmana Temple was built around 930-950 A.D. as a shrine to the Hindu deity Vaikuntha Chaturmurti. It’s ornate architecture and intricate network of century-old sculptures makes this temple one of the most magnificent art destinations in India, much less the world. 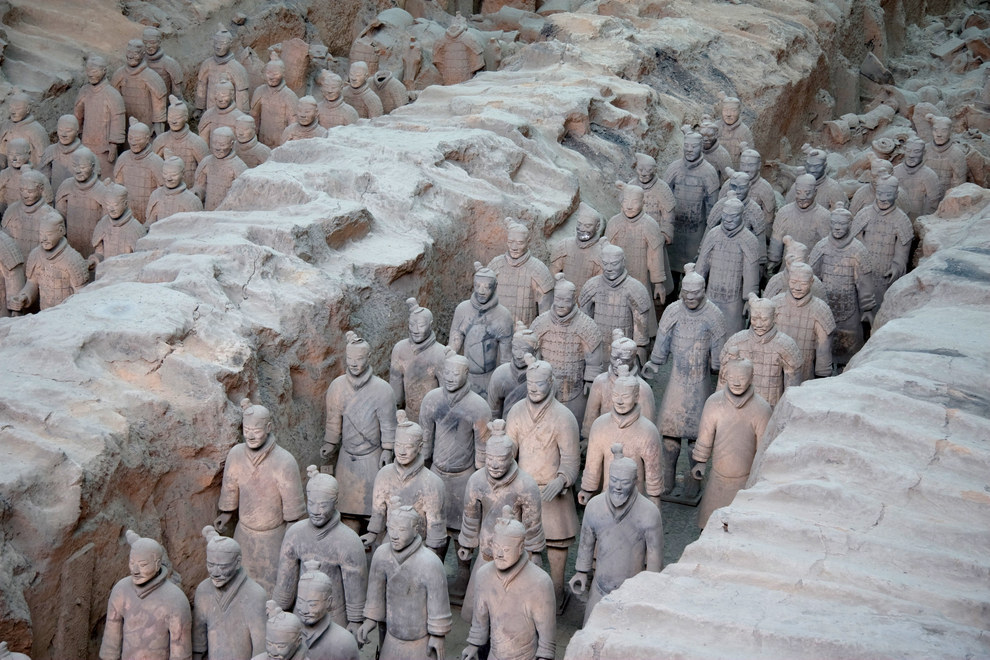 The Terracotta Army was discovered in 1974 by farmers digging a water well in Shaanxi province, China. Soon after, Chinese archeologists found some 8,000 soldiers, 130 chariots, 520 horses, and 150 cavalry soldiers, all expertly crafted in clay terracotta. These figures date from approximately the 3rd century BCE and were built to protect the first Emperor of China, Qin Shi Huang, in the afterlife. 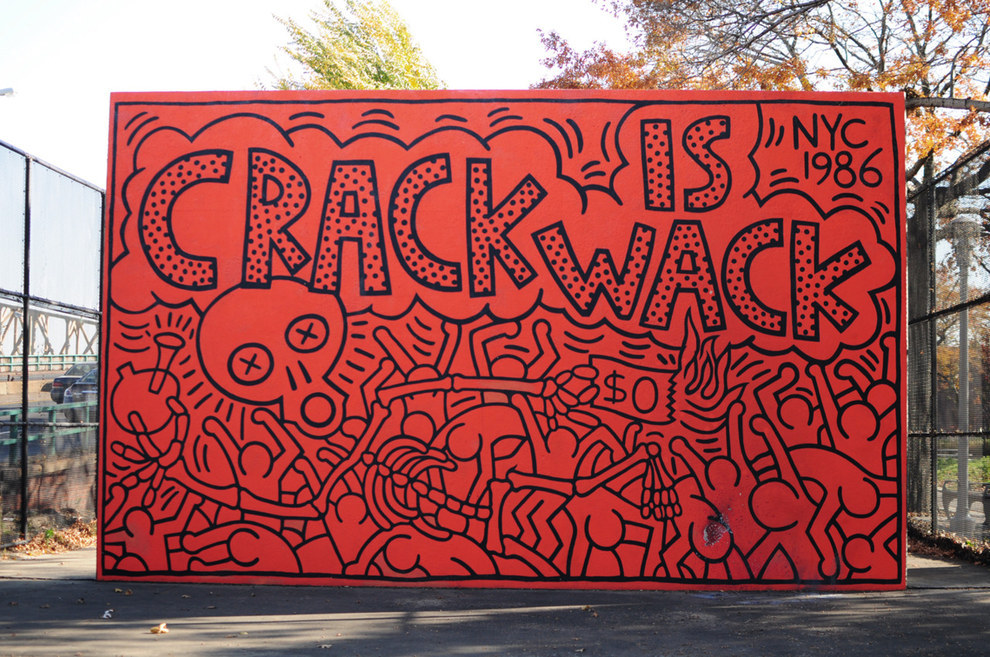 Keith Haring’s Crack is Wack mural in the New York City neighborhood of Harlem is more than just a park decoration–it represents the relationship between an artist and their audience, as well perfectly captures the tribulations of New York City in the mid-1980s. 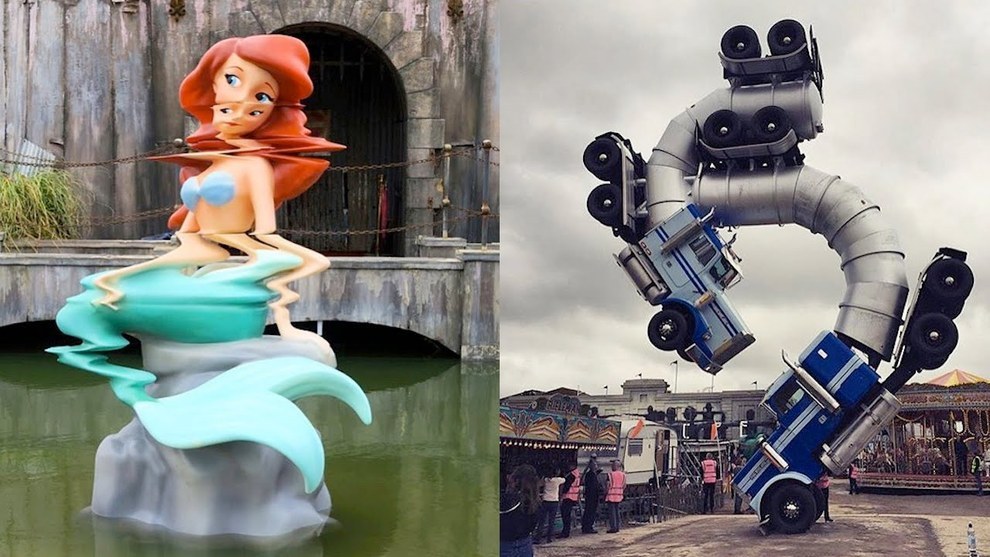 Ok. So yes, Banksy’s demented Disneyland parody, Dismaland , has only been open for a few days now. But in that short amount of time, his sick sense of humor and cultural critique has captivated audiences both online and IRL. It’s definitely worth the visit, even if just to brag to your friends that you did. 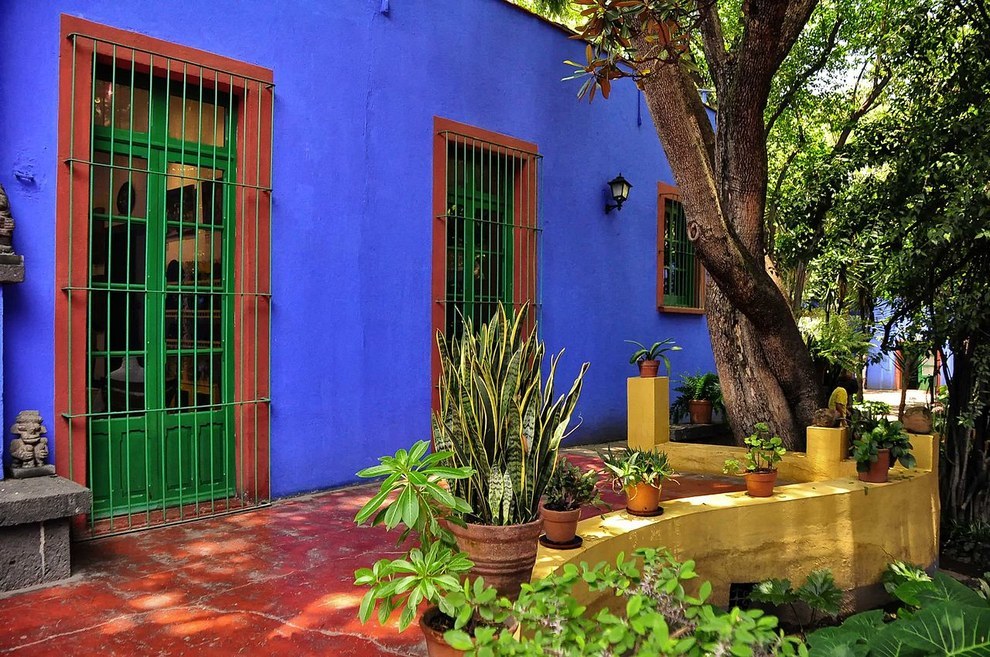 The Frida Kahlo Museum offers an intimate look into the life of this prolific Mexican artist. Located within Frida’s own home that she shared with her husband Diego Rivera, the museum gives visitors an opportunity to see how an artist lives and finds inspiration. 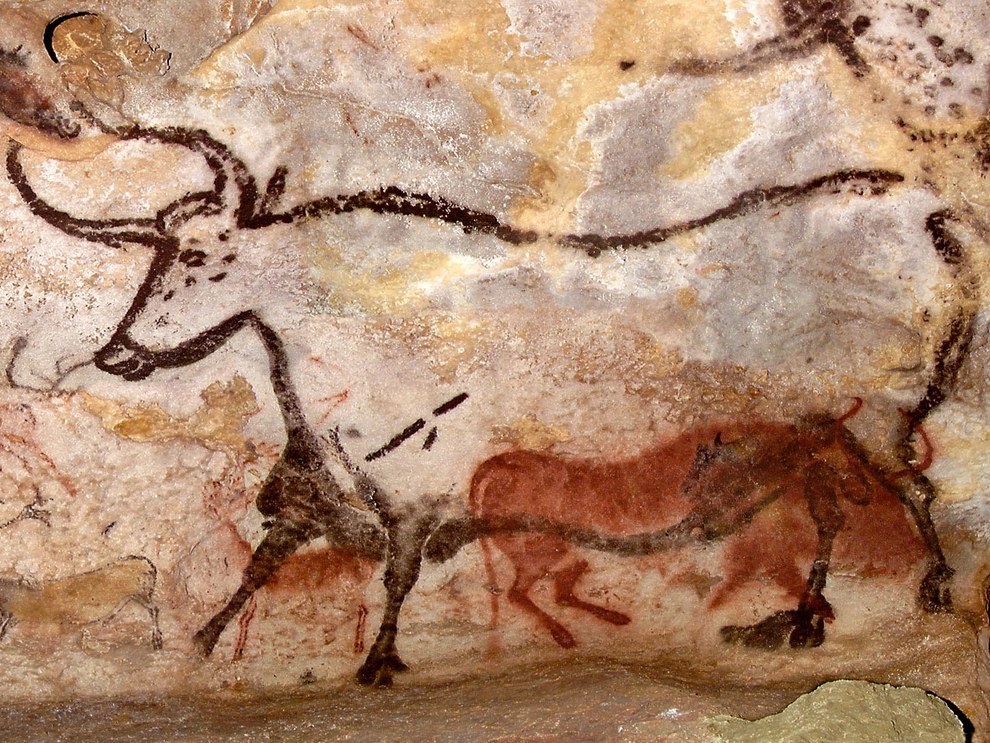 Lascaux is a remarkable art destination for a number of reasons, but most importantly it’s one of best preserved examples of prehistoric art–dating at around 17,300 years old. These Paleolithic cave paintings were discovered in 1940, hidden within a network of caves in southwestern France. Definitive proof that where ever there are humans, there will also be art.

20+ Bizarre Things You Can Actually Buy On Etsy

Heavy Snowfall Hits Tokyo, And The Results Are Pretty Much What You’d Expect

A Thermometer Just Broke At -62°C (-80°F) In The World’s Coldest Village, And The Photos Are Breathtaking