Home » Architecture » 25+ Ancient Ruins You Should Visit In Your Lifetime

25+ Ancient Ruins You Should Visit In Your Lifetime

Seeing these sites is like stepping back in time and witnessing what life was like in a place that ceased to exist years ago.

From the Roman baths in England to the Ajanta caves in India, we found 26 ancient ruins that everyone should visit in their lifetime.

Dating back to the 15th and 16th centuries, Peru’s Machu Picchu was a royal estate or sacred religious site used by Inca leaders. The site — comprised of over 3,000 steps and more than 150 stone structures — was only discovered in 1911, centuries after Spanish invaders wiped out Incan civilization. 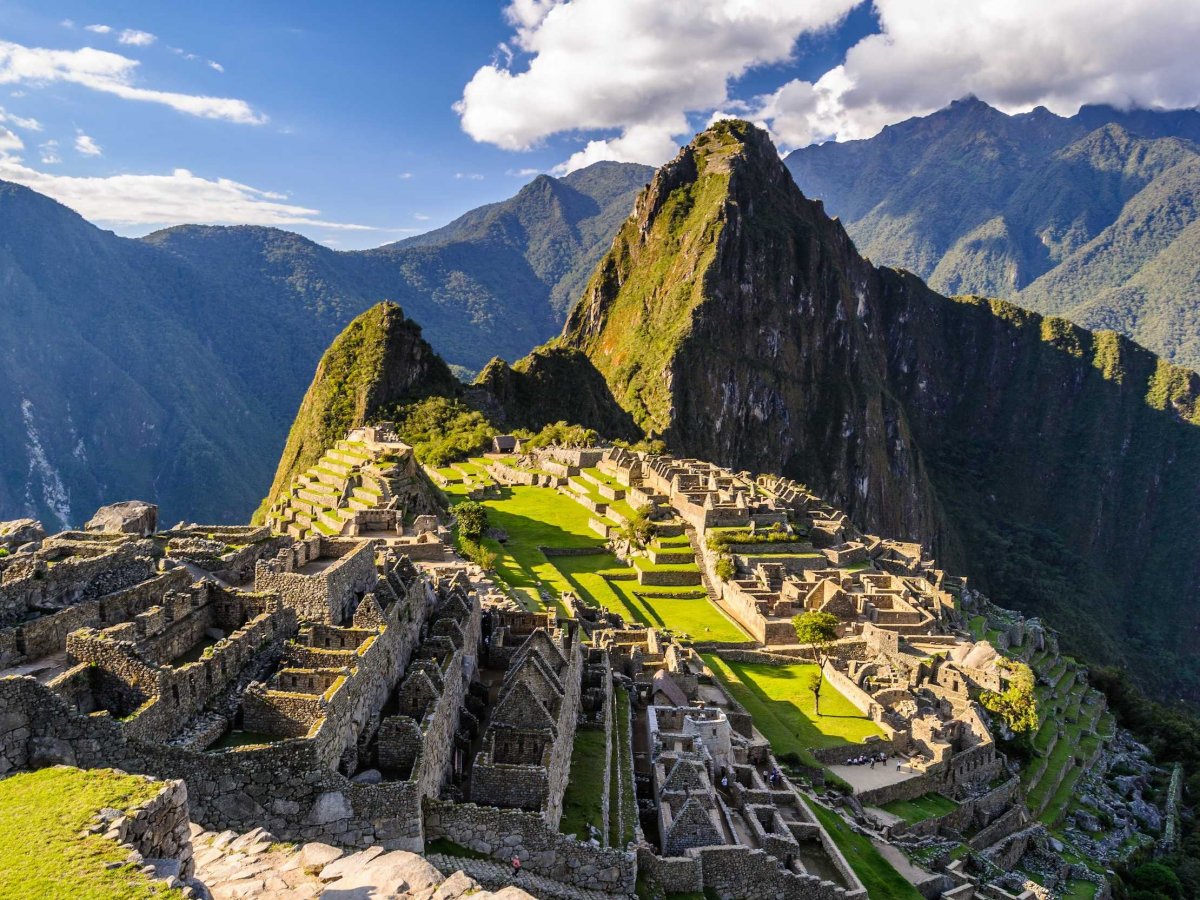 Pompeii was a thriving Roman city near Naples, Italy, before it was covered in ash from the eruption of the volcano Mount Vesuvius in 79 A.D. The eruption killed 2,000 people, but the city itself remained intact under the ash until it was discovered in 1748. 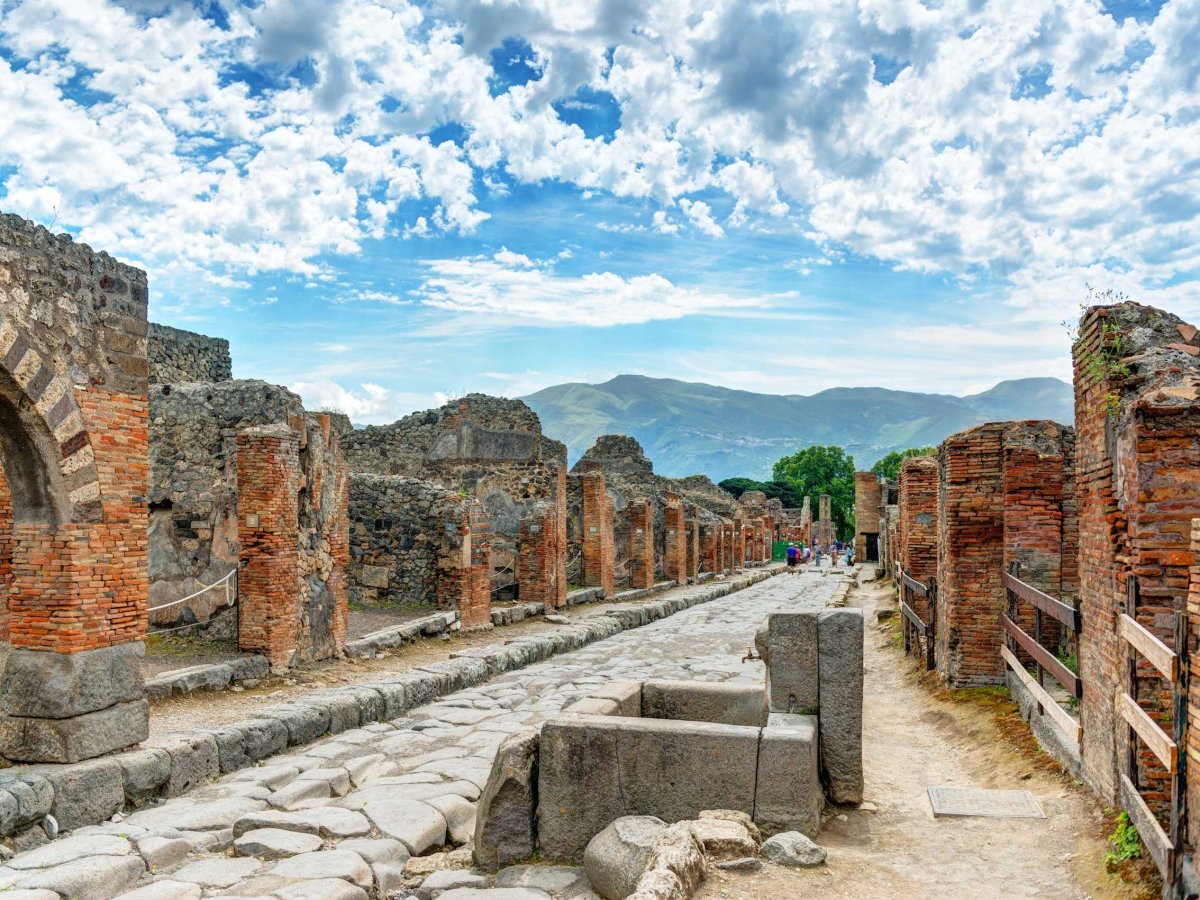 Drawing close to one million visitors a year, Stone Henge — 100 mysterious large stones in a circular layout — took around 1,500 years for our Neolithic ancestors to build. It’s one of the ancient world’s seven wonders. 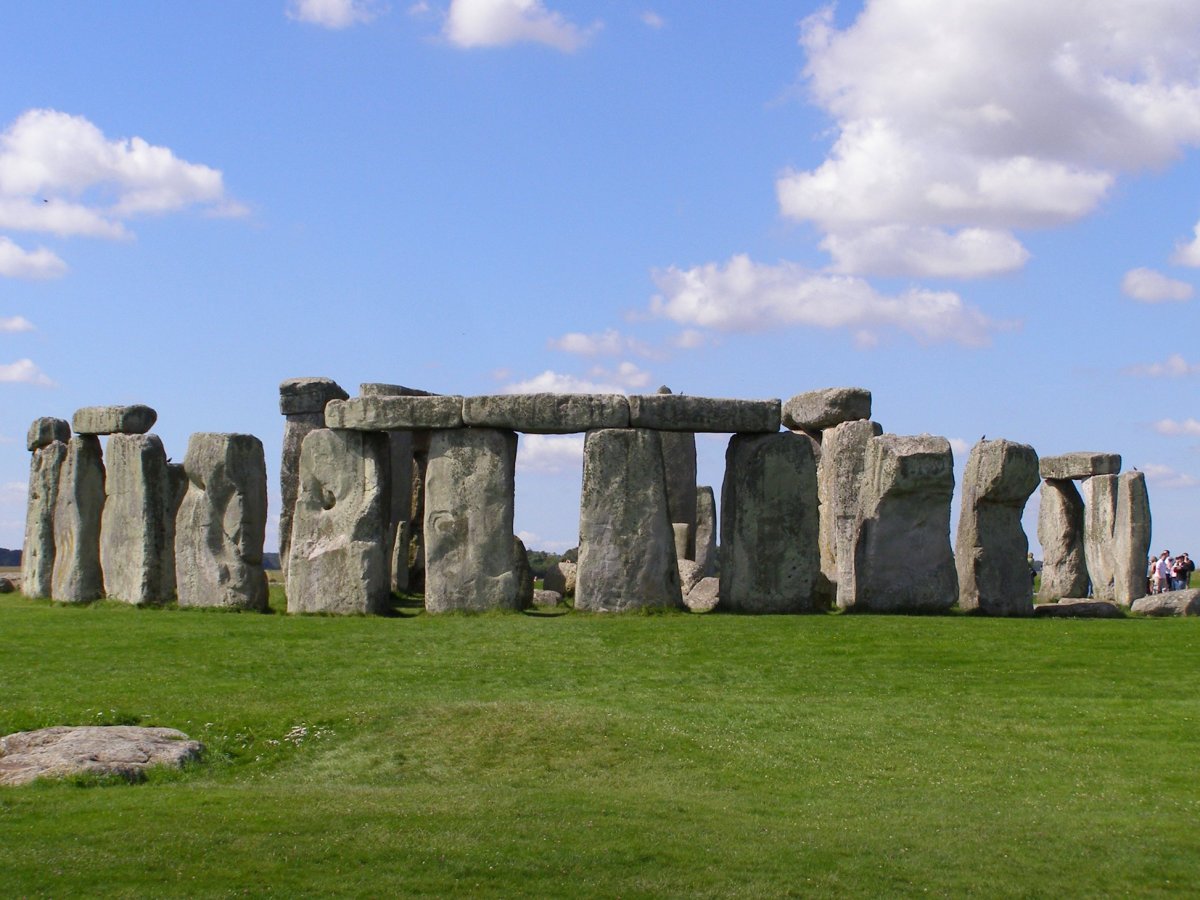 The sacred site of Chichén Itzá in Tinum, Mexico, has a rich 1,000 year history as one of the main Mayan centers of the Yucatán peninsula. The first settlement of the site dates back to 415-455 A.D. 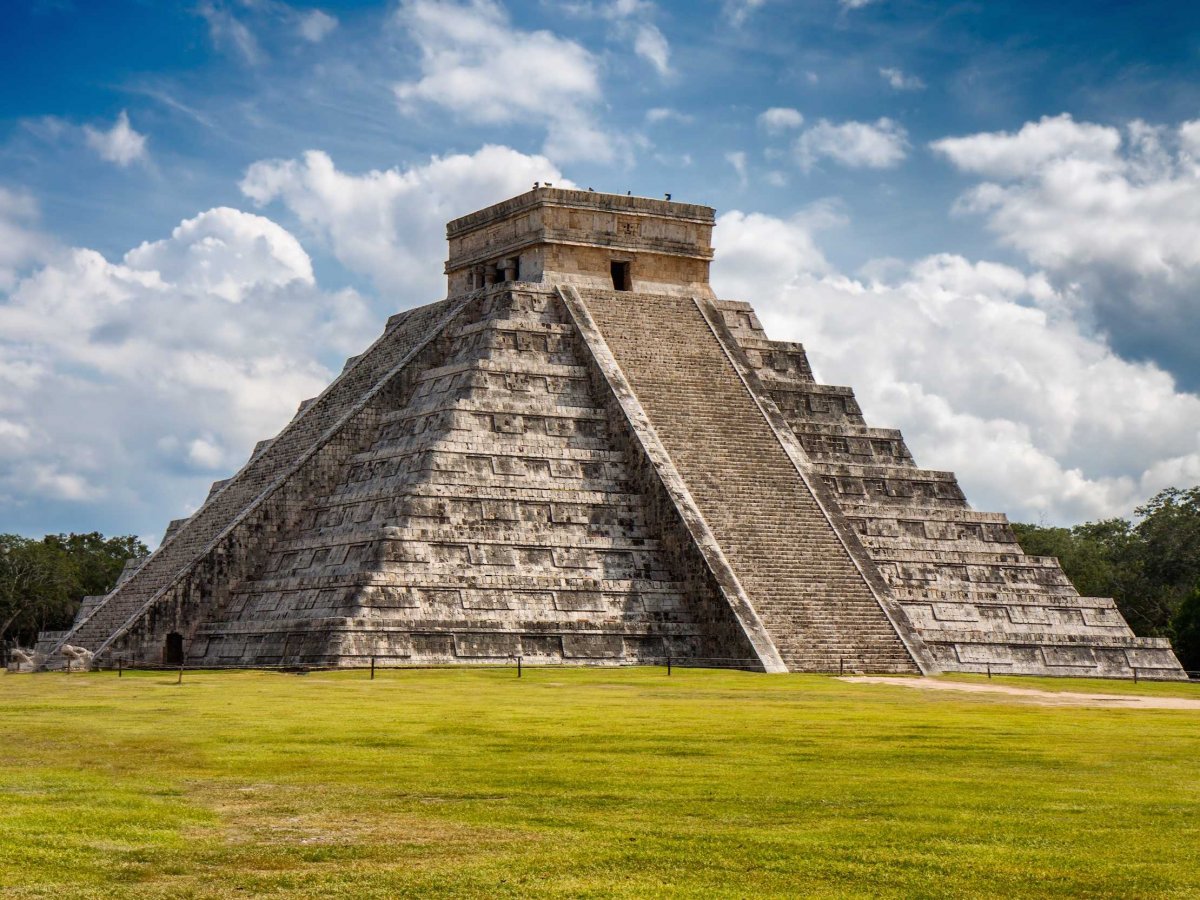 Covering more ground than New York City’s five boroughs (400 square miles), Angkor in Siem Reap, Cambodia, was the site of multiple Khmer Empire capitals from the 9th-15th centuries. The 12th century temple of Angkor Wat is one of the most revered in Cambodia and even appears on the country’s flag. 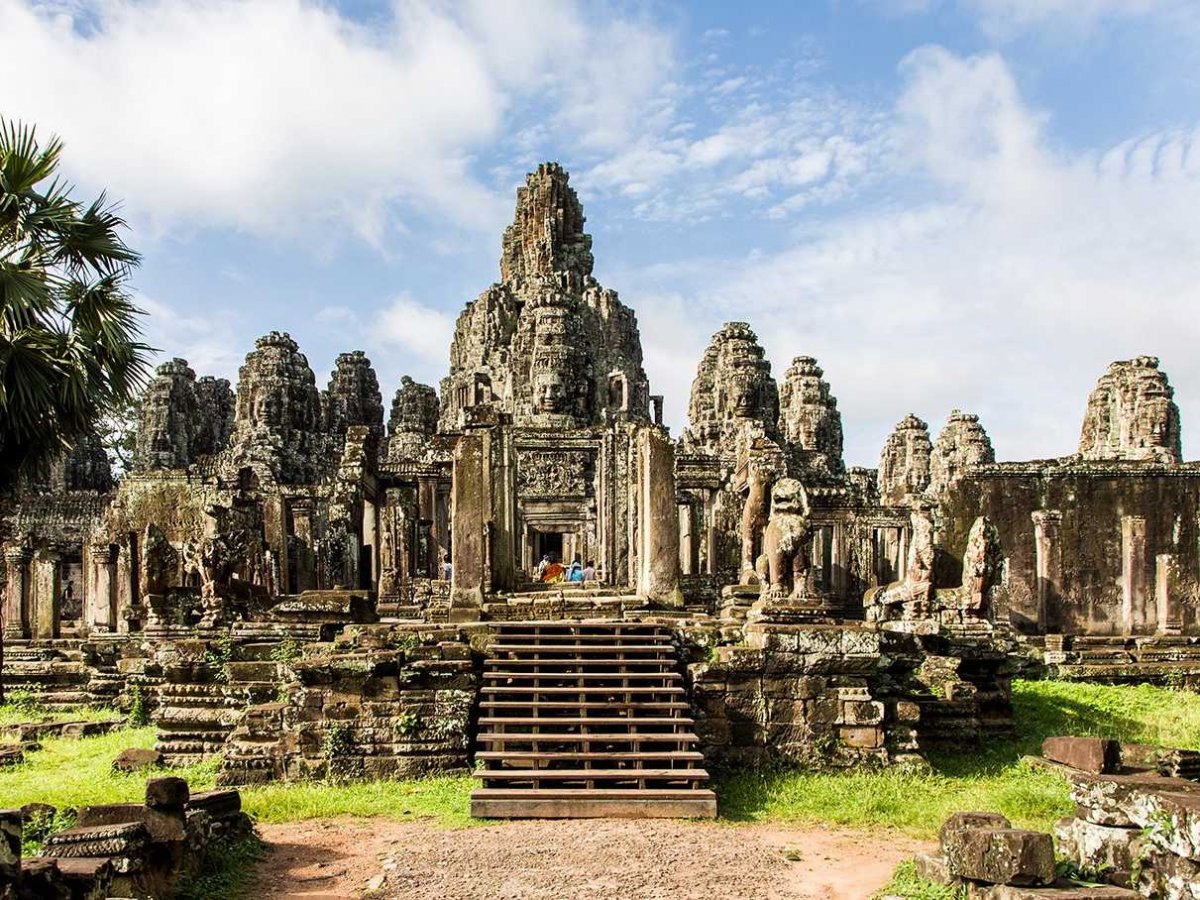 The site of many gladiator and wild animal fights, The Colosseum in Rome, Italy, was built by Emperor Vespasian during the years of 70-72 A.D. as a gift of entertainment for the Roman people. 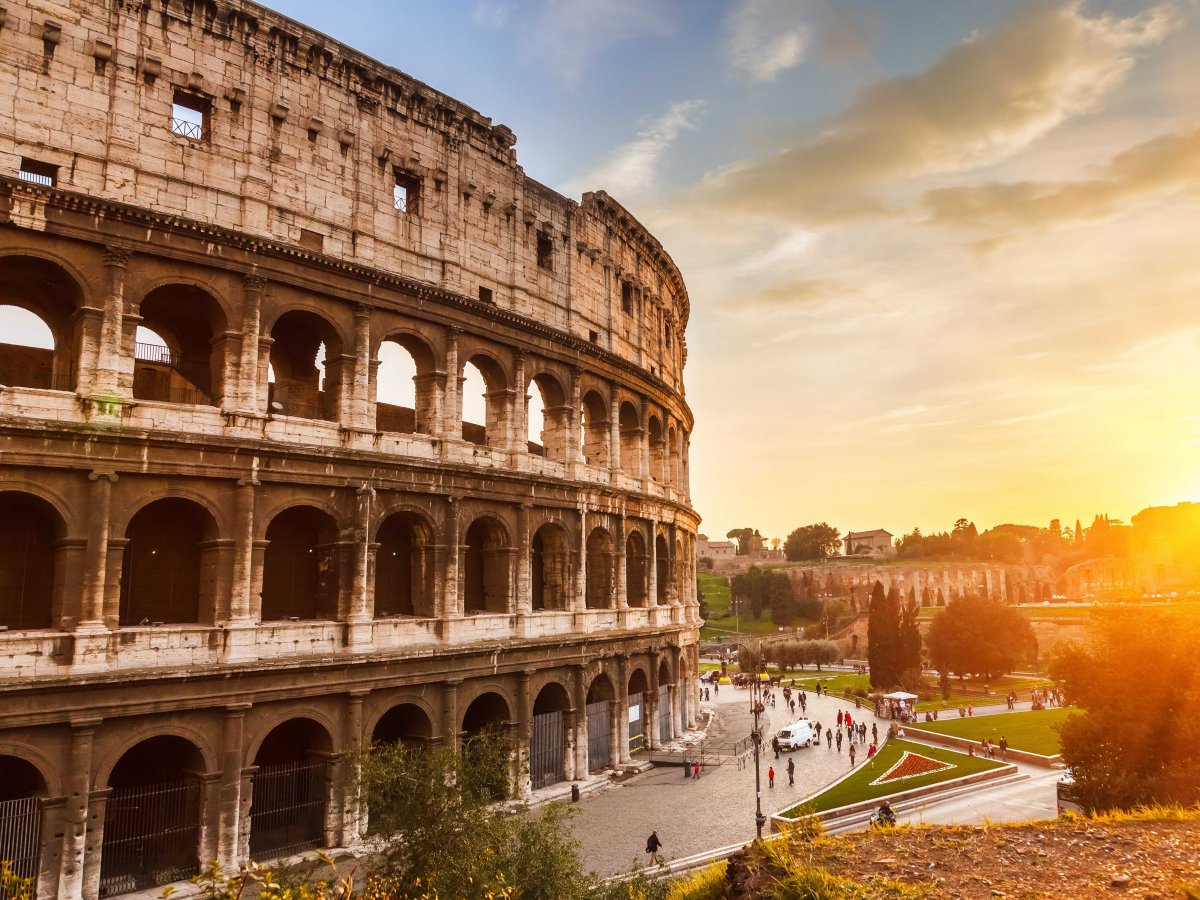 Although there were settlements in the Greek city of Mycenae during the early and middle Bronze Ages, the palace that stands today dates back to the 14th century. Many art artifacts and objects have been found in tombs discovered in Mycenae. 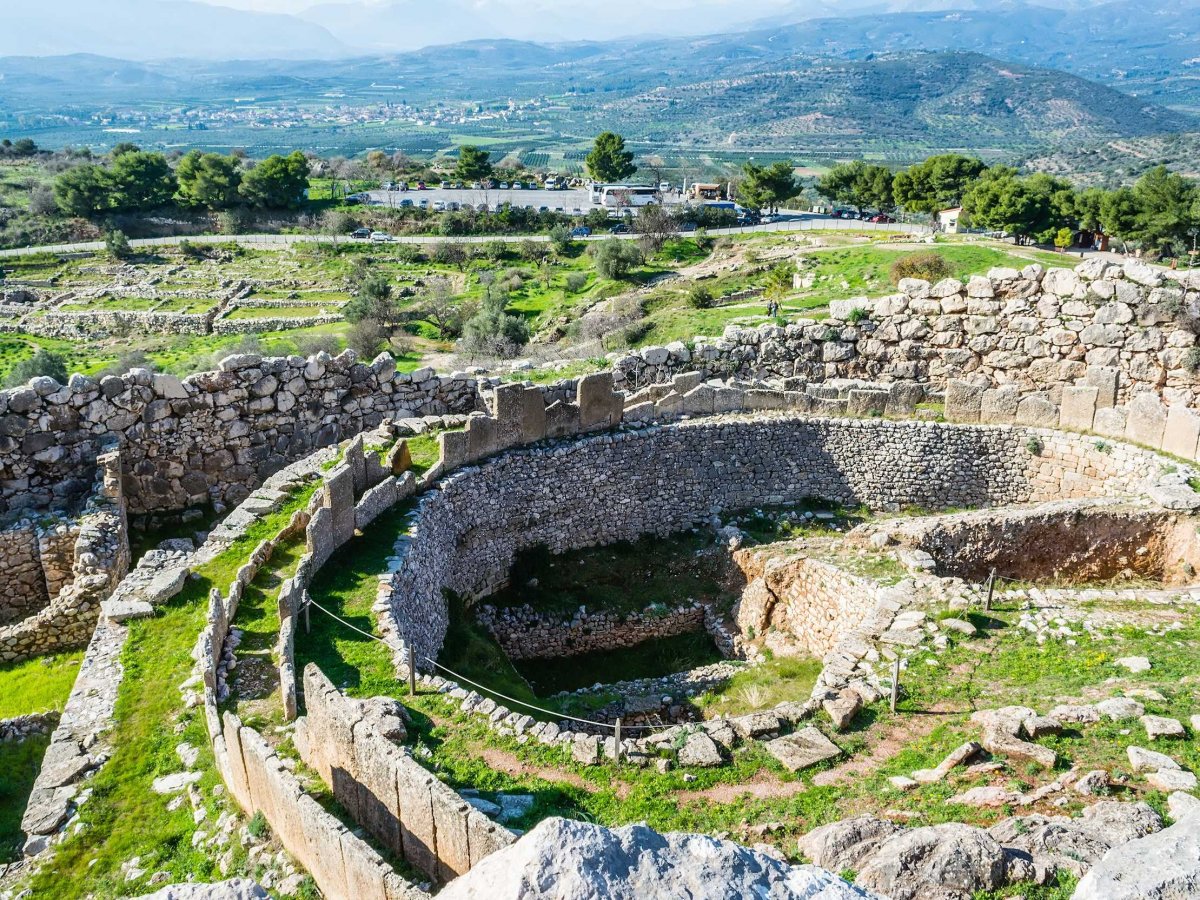 Located 2,300 miles off the west coast of Chile, Easter Island (Rapa Nui in Polynesian) is home to the mysterious Moai of Rano Raraku. Moai refer to the 900 stone statues — each weighing 13 tons — that sit isolated on the island. The purpose of the Moai is still unknown. 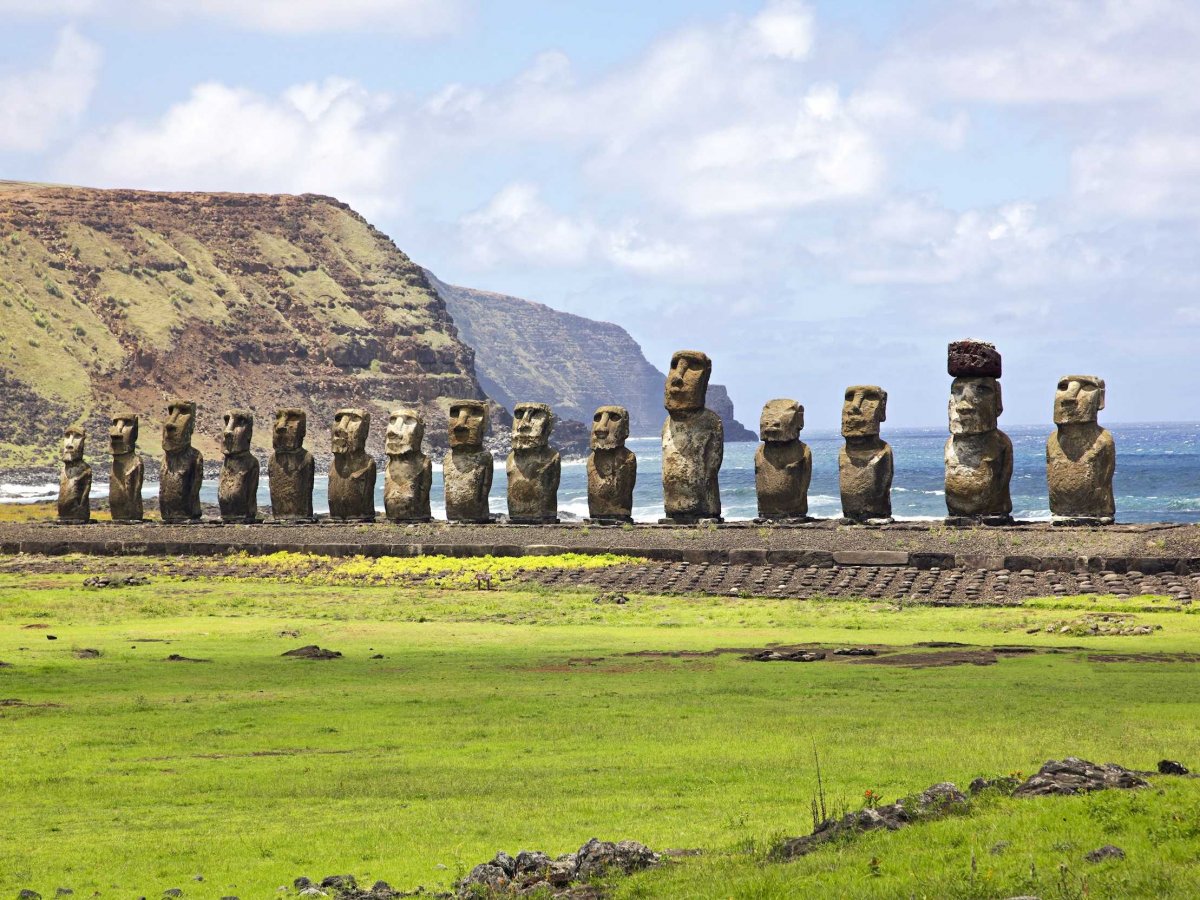 The fairytale-like city of Cappadocia in Turkey was the seat of the Hittite Empire, and the region itself dates back to the 6th century B.C. Cappadocia’s unique fair chimneys served as the foundations for both homes and temples. 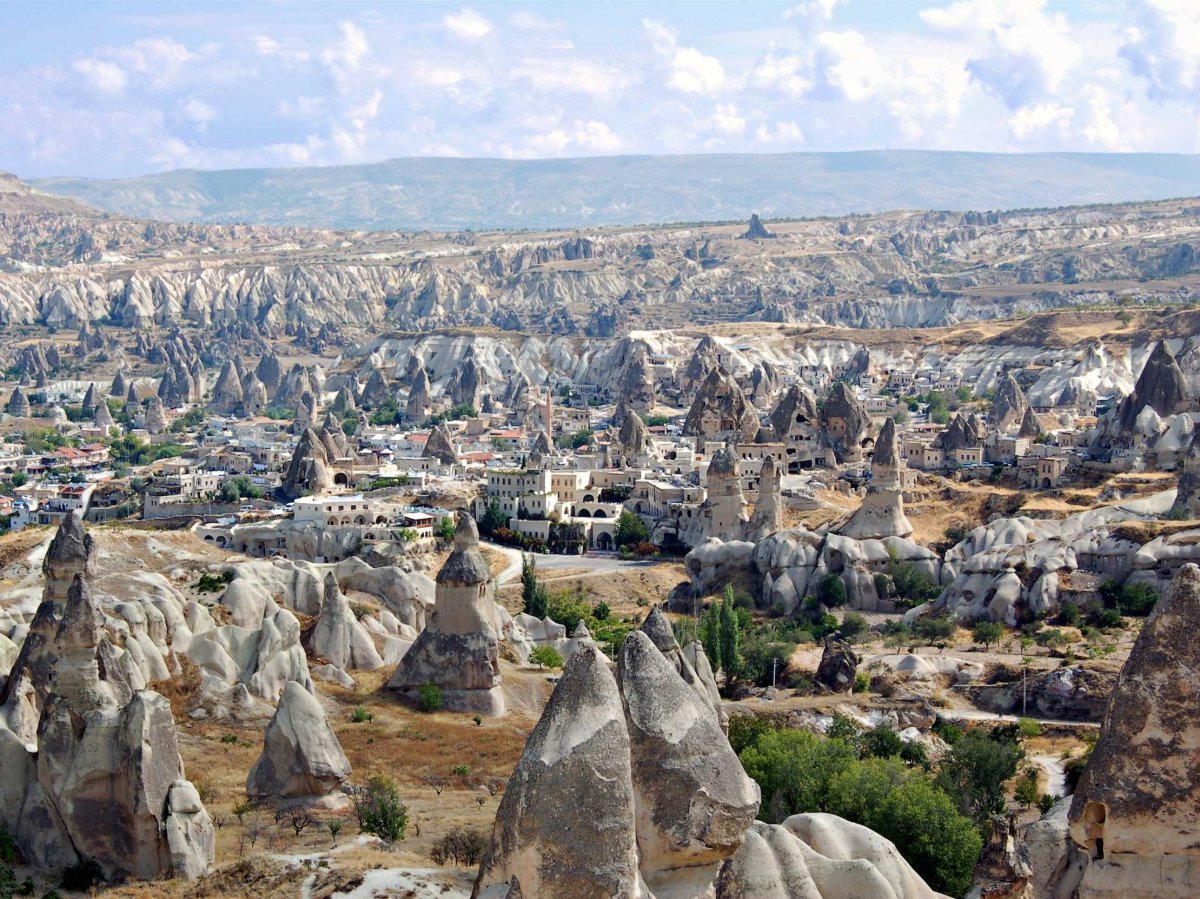 Situated between the Red and Dead Seas in Jordan, the city of Petra served as a connector between Arabia, Egypt and Syria-Phoenicia during prehistoric times. Surrounded by mountains and carved into stunning red rock, these ruins are unlike any other. 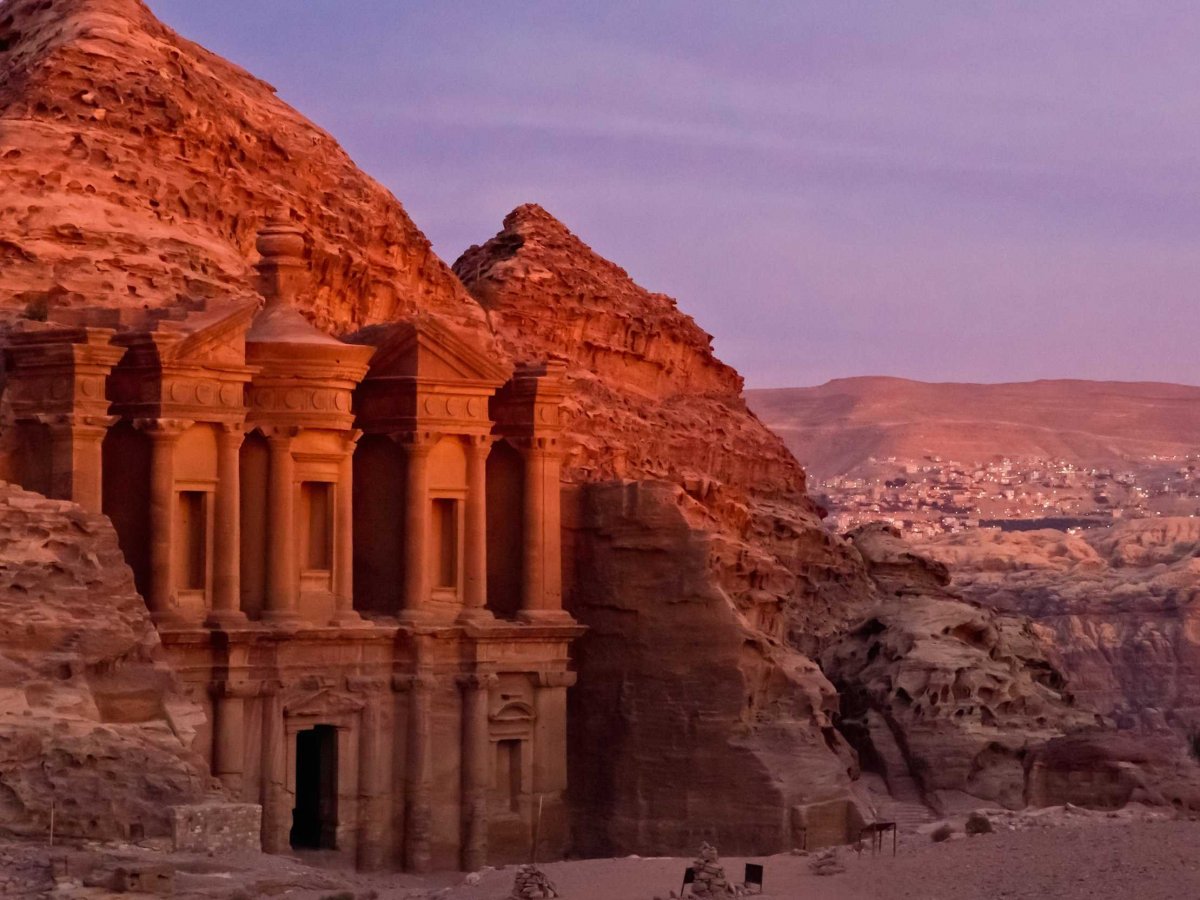 One of the most popular heritage sites in the UK, the Roman Baths in Bath, England, were essential to the Roman’s daily bathing ritual. Besides seeing the baths, visitors can also take a tour of the tunnels beneath them. 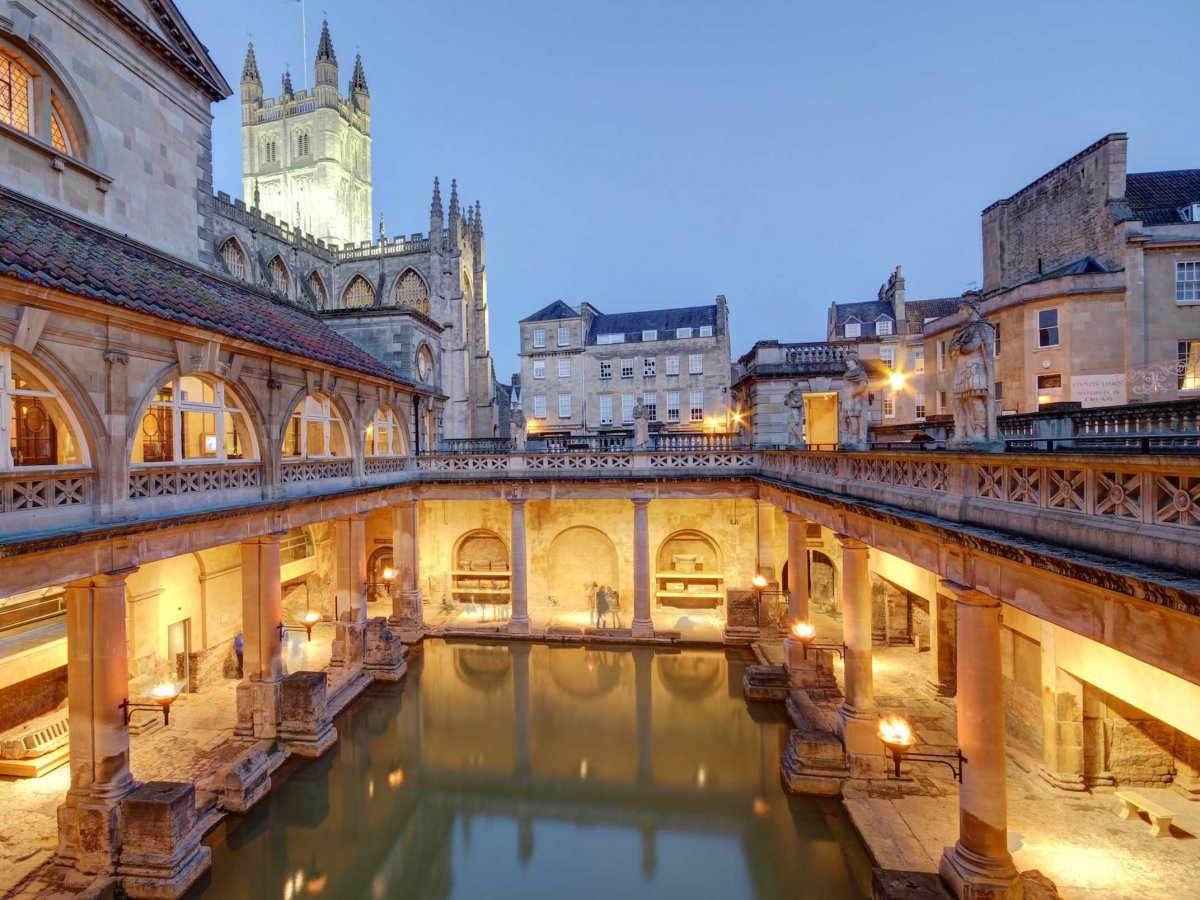 The Turkish city of Ephesus was home to several empires, — Greek, Persian, Roman, Byzantine, and Ottoman — and nearly 300,000 people lived in the city when it was thriving during the 2nd century A.D. Today, visitors can still see the few columns that remain from the temple to the goddess Artemis, one of the seven wonders of the ancient world. 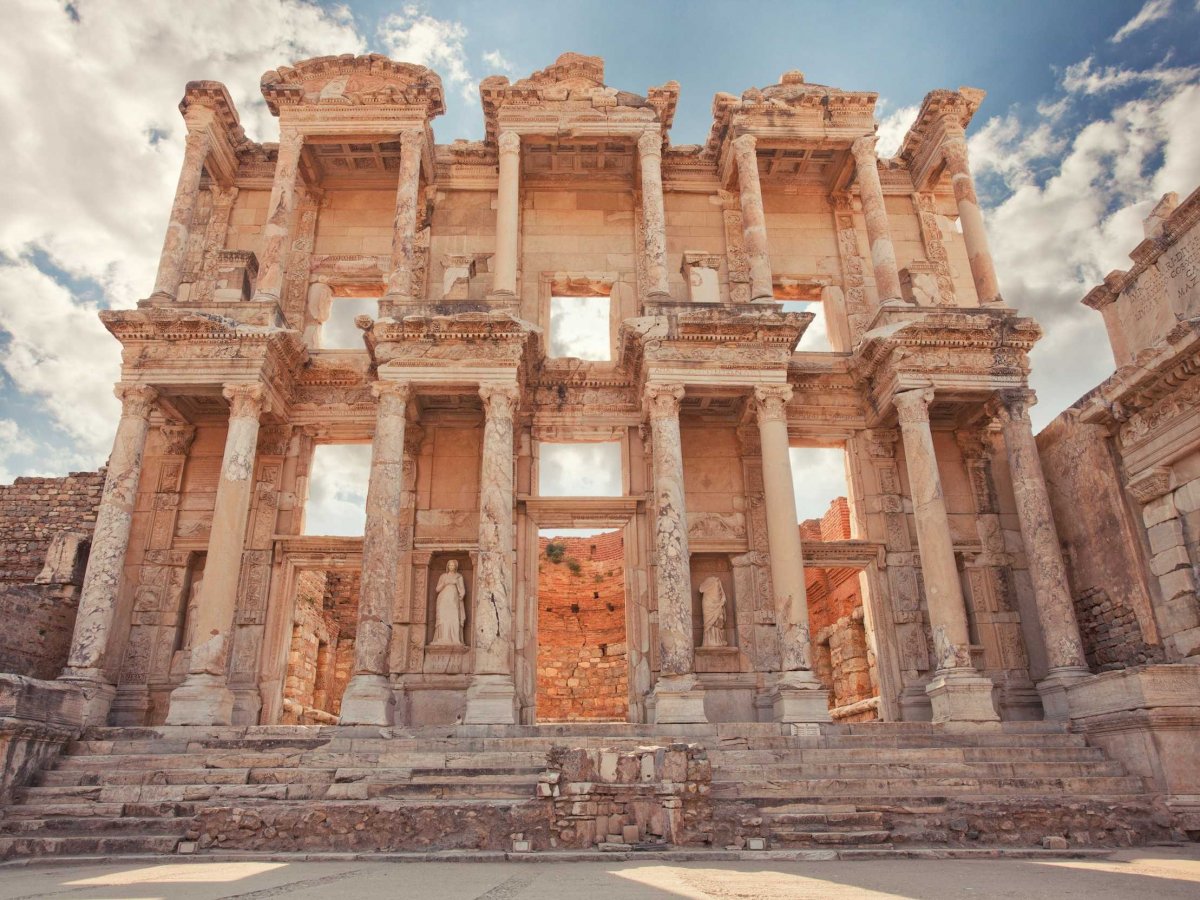 Thirty-four monasteries and temples built into the wall of a basalt cliff make up the Ellora Caves in Maharashtra, India. The impressive site dates back to 600-1,000 A.D., and pays homage to Buddhism, Hinduism, and Jainism. 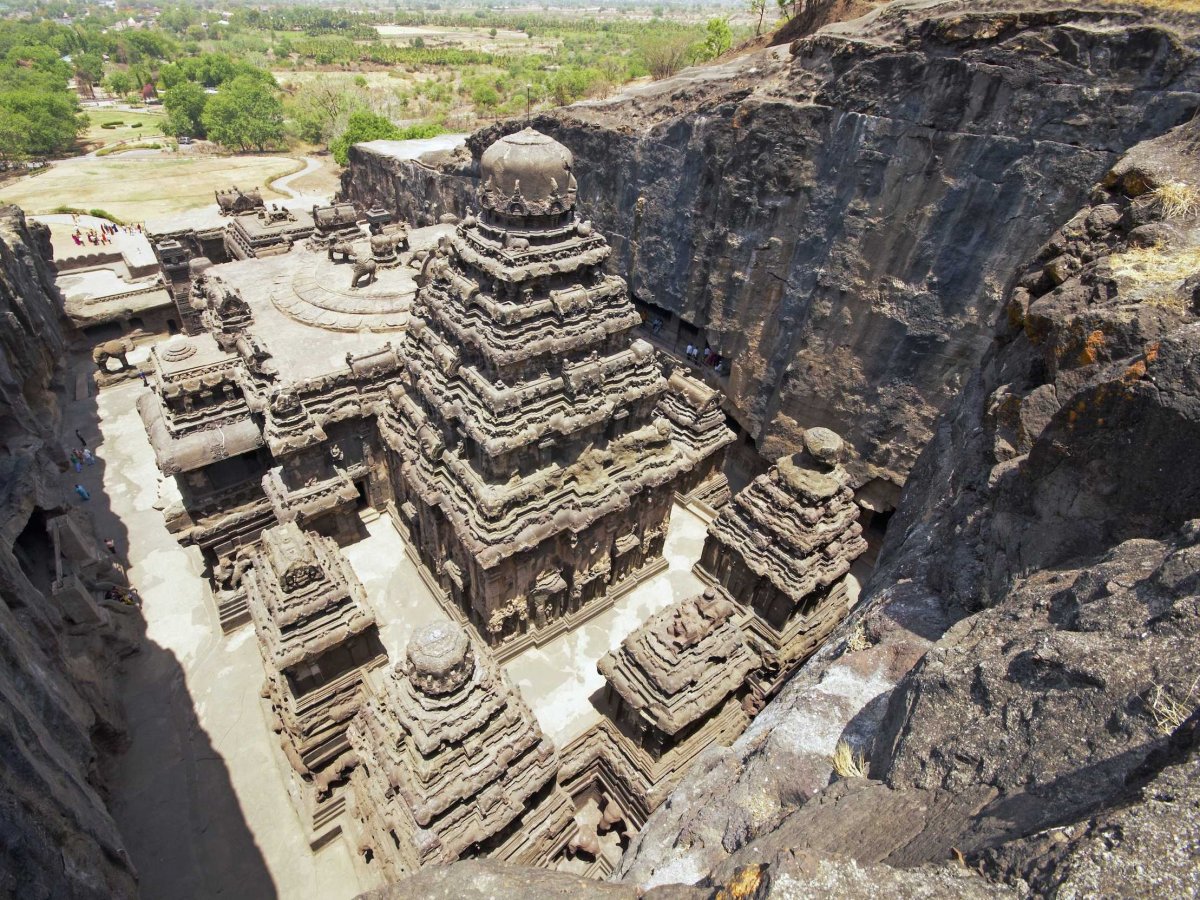 Not far from Mexico City, the holy city of Teotihuacán features incredibly large monuments such as the Temple of Quetzalcoatl and the Pyramids of the Sun and the Moon. It’s no wonder the city’s name means “the place where the gods were created.” 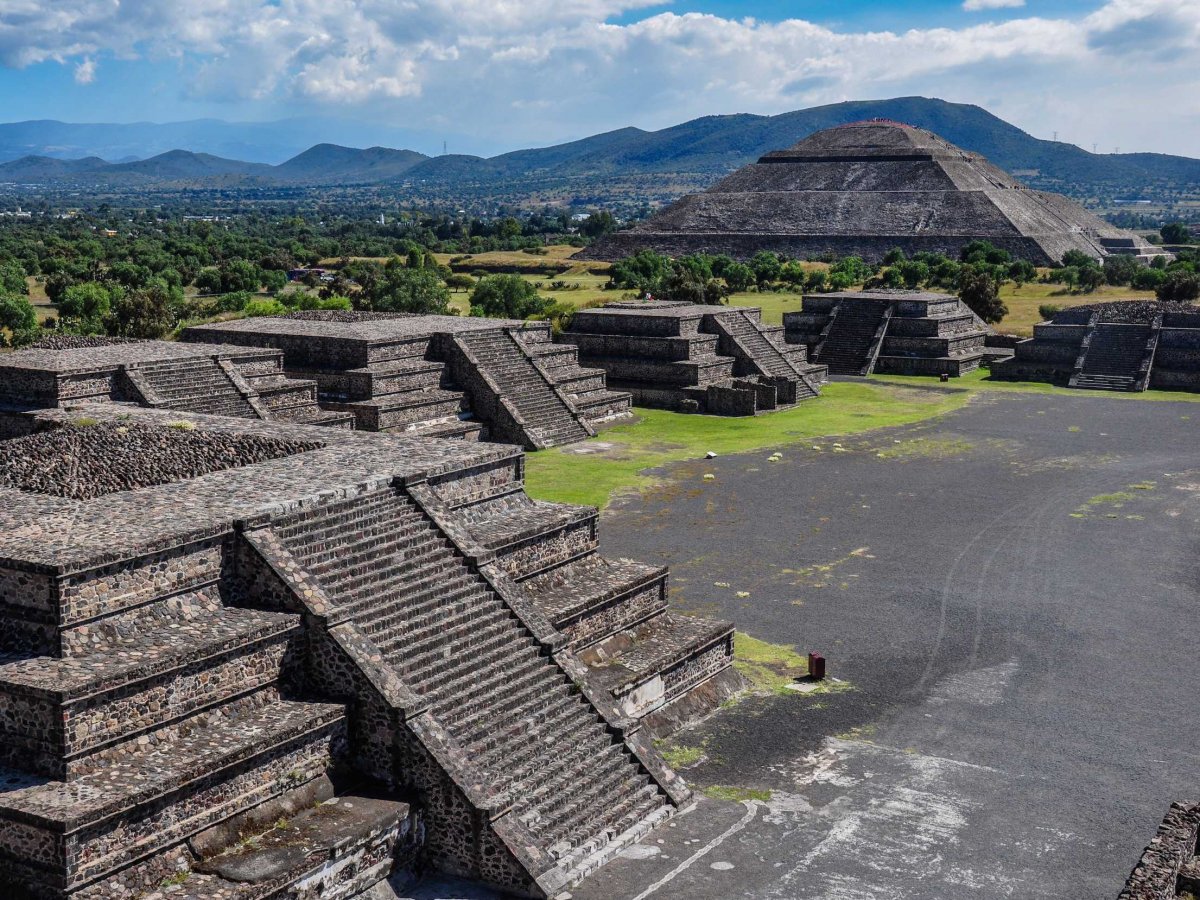 The three pyramids of Giza that sit along the Nile in northern Egypt are named after the three kings they were built for — Khufu, Khafre, and Menkaure — and date back to the fourth dynasty ( around 2575-2465 B.C.). 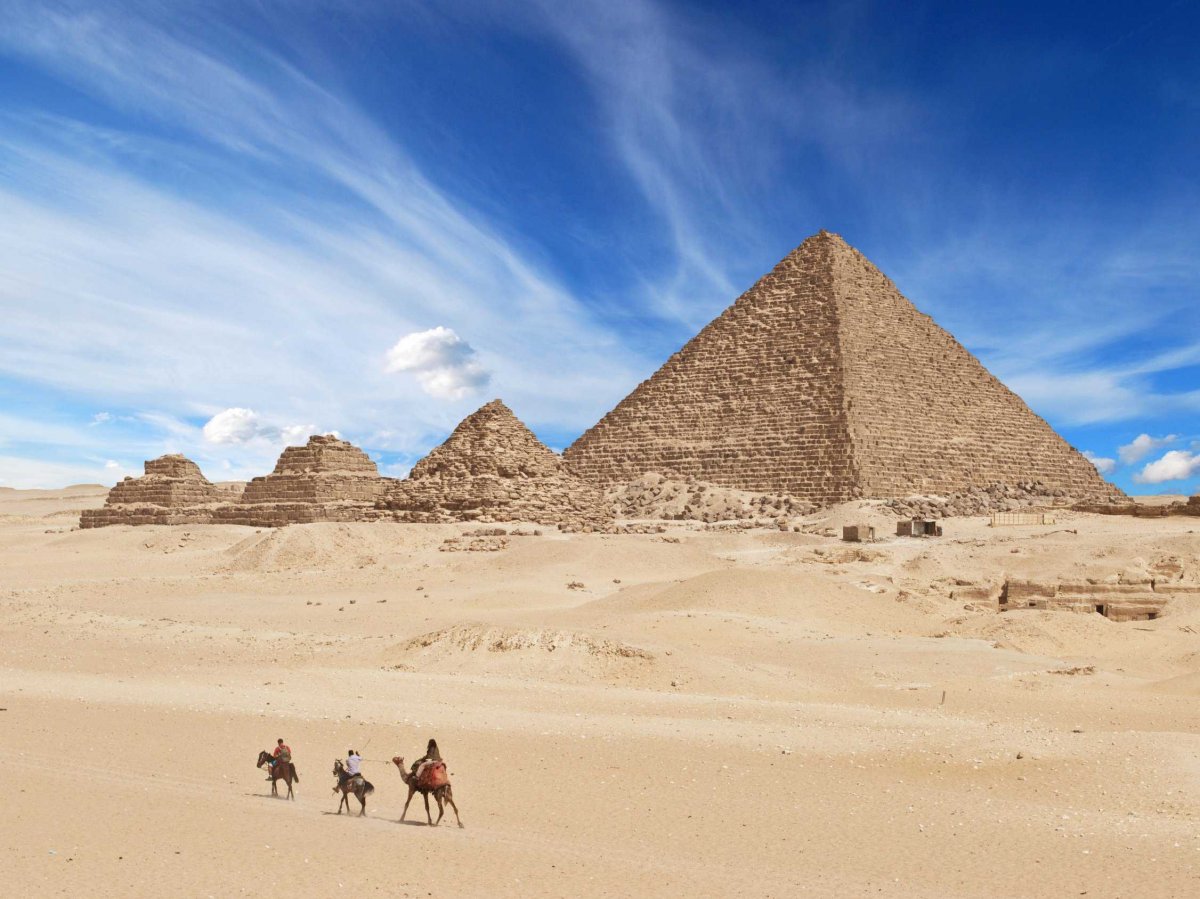 Starting off as an Etruscan burial ground in the 7th century B.C., the complex now known as the Roman Forum — located in Rome, Italy — grew to be the social, commercial, and political center of the Roman Empire. 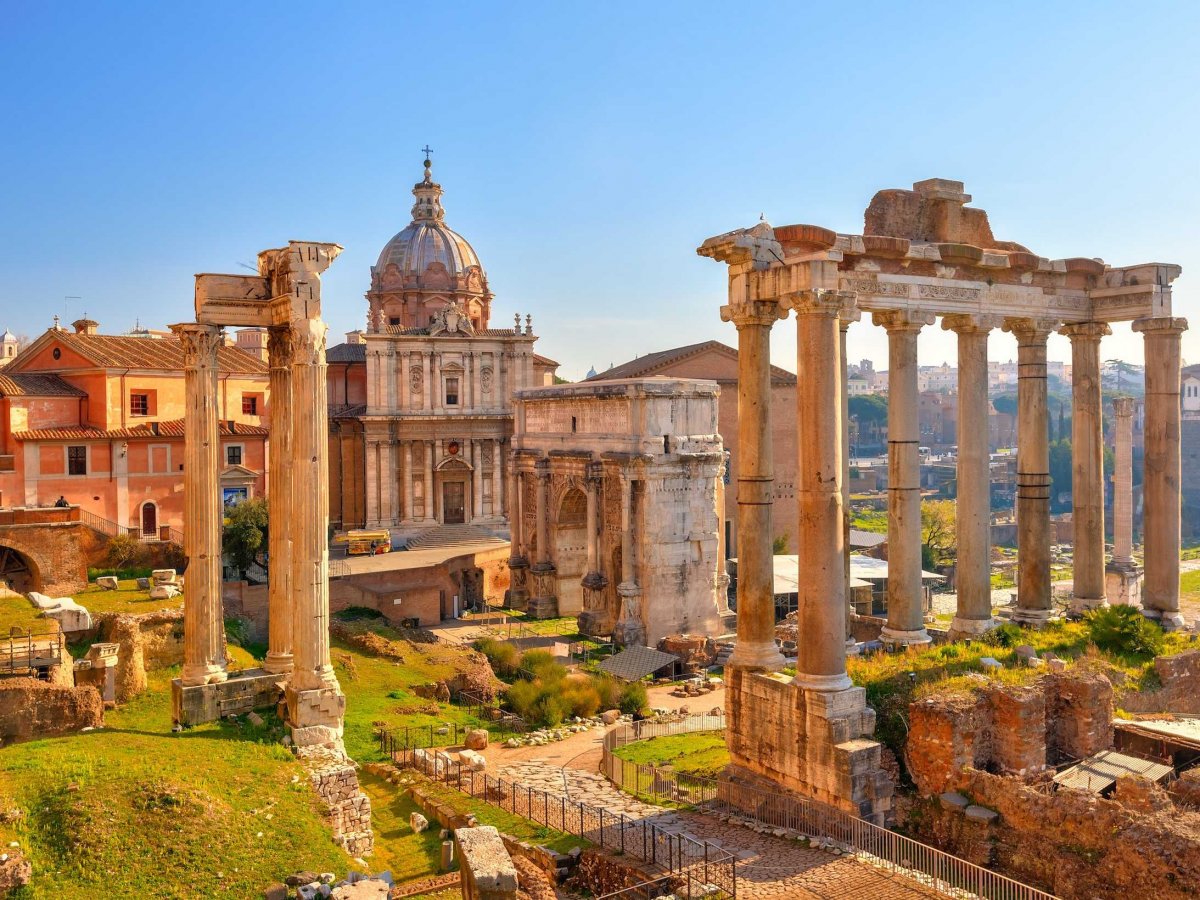 The Buddhist monuments which fill the Ajanta Caves in Maharashtra, India, tell stories that date back to the 1st and 2nd centuries B.C. There are 29 caves in total; five were temples and 24 were monasteries. 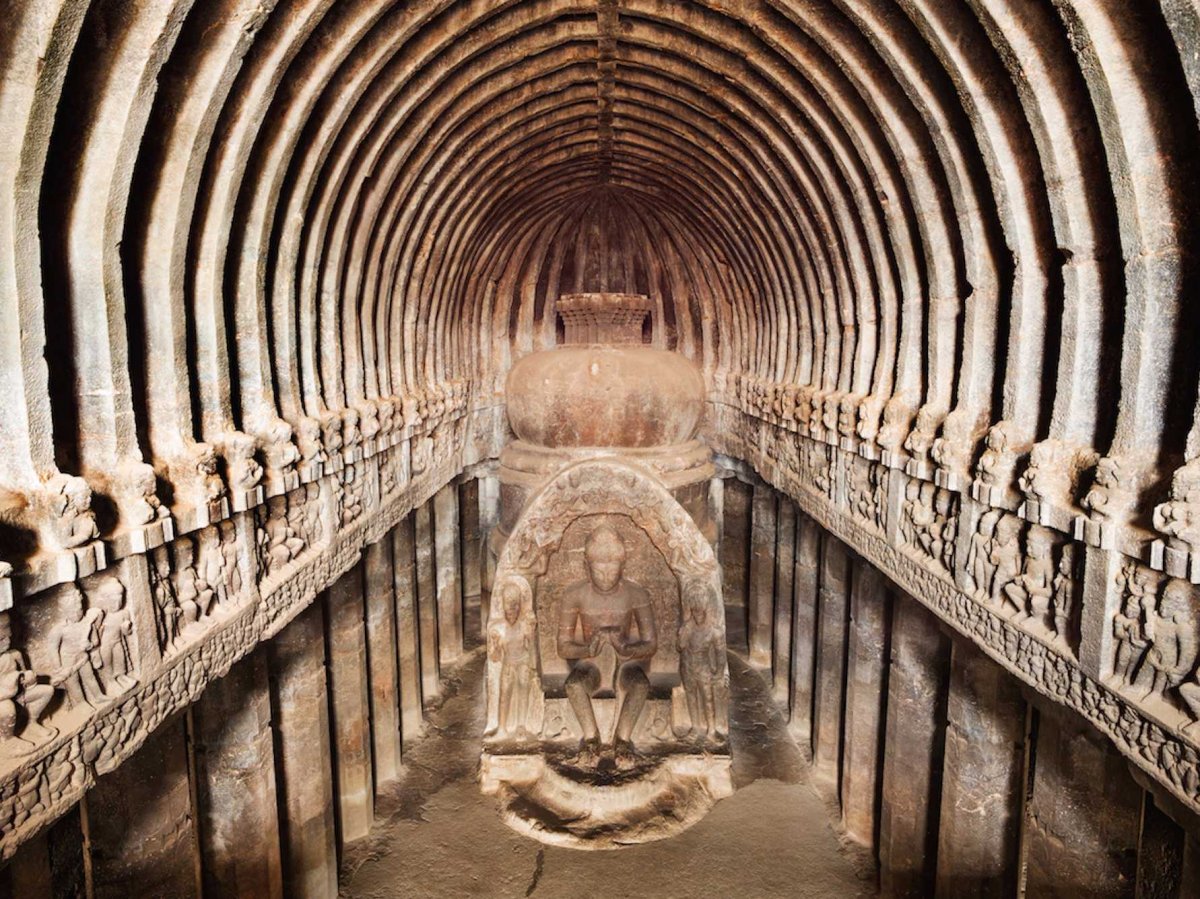 Some of the most well preserved cliff dwellings in the US, Colorado’s Mesa Verde National Park was inhabited by ancestral pueblo people during the years of 600-1300 A.D. 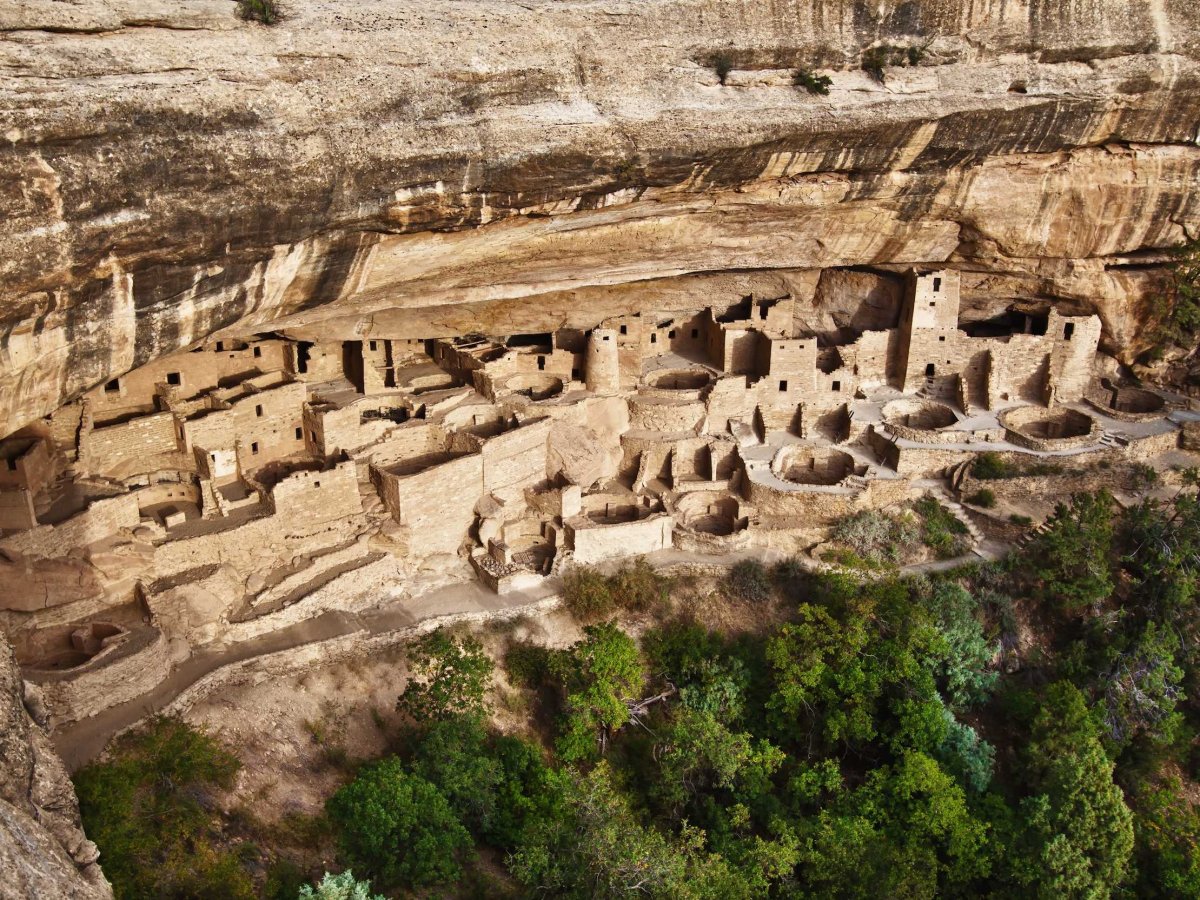 The Longmen Grottoes are found in China’s Henan Province and include over 2,300 caves and niches carved into limestone cliffs that stretch more than one kilometer. The grottoes’ statues and inscriptions make up the largest collection of art from the Wei and Tang dynasties. 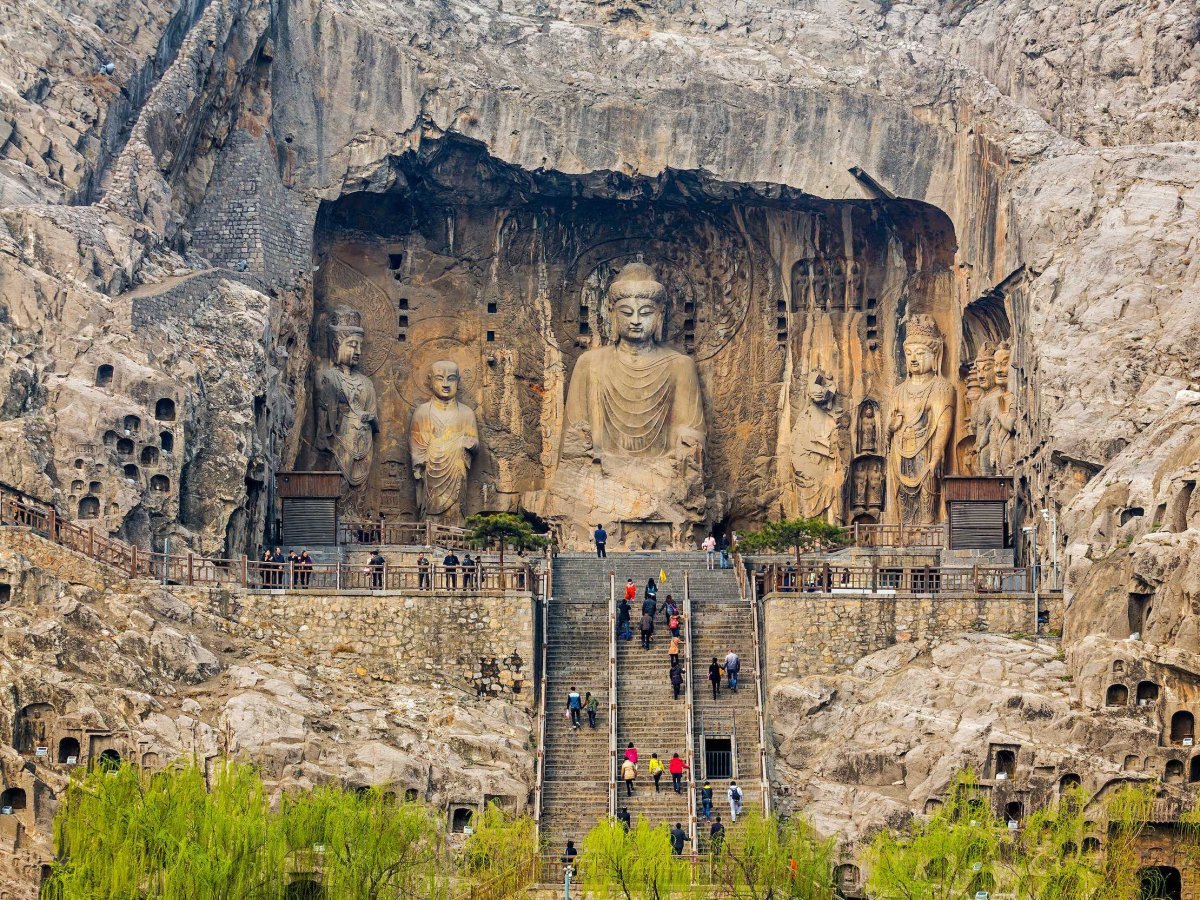 Known as a temple town, Bagan in Myanmar covers a significant 16 square mile area and includes about 2,000 monuments. In the 9th century, Bagan served as the central location of Burma, which King Anawratha had unified under Theravada Buddhism. 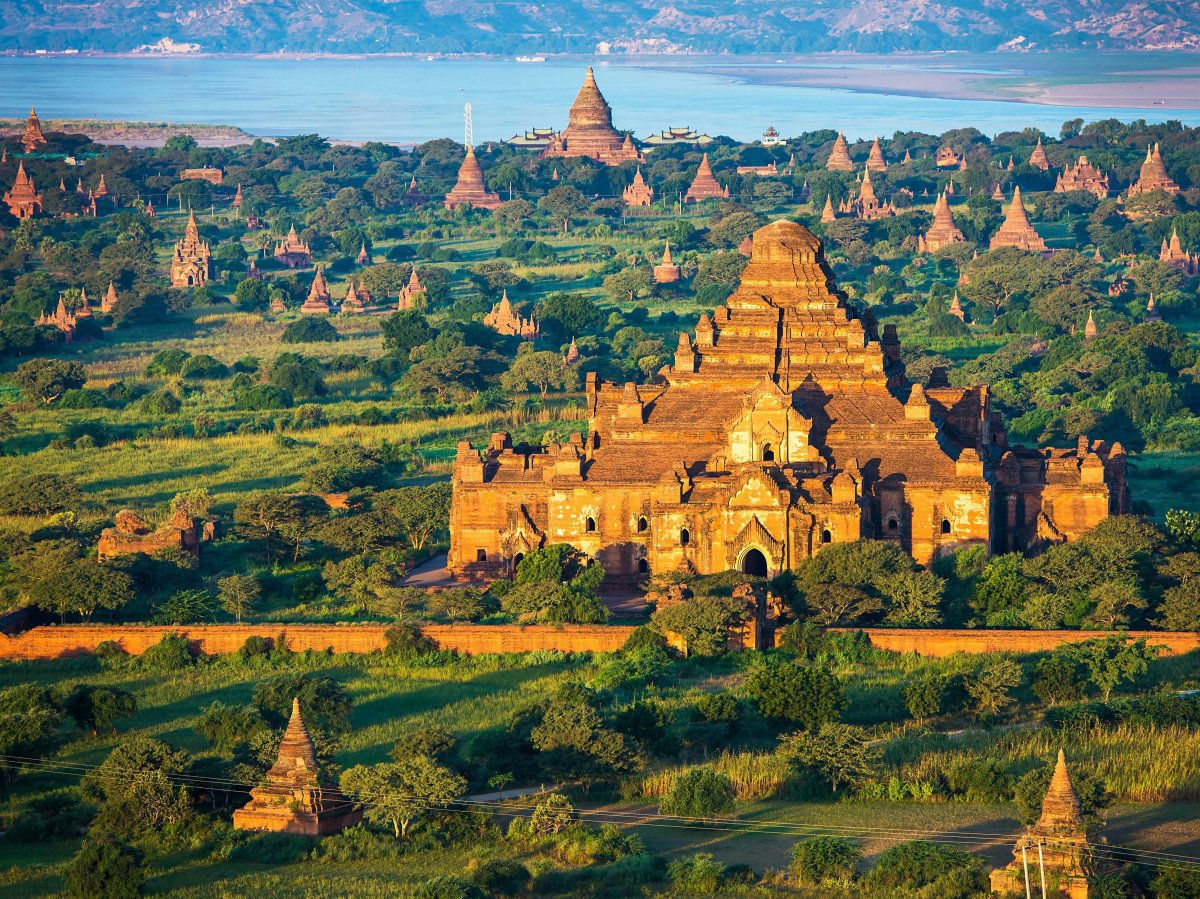 Hadrian’s Wall is Britain’s greatest Roman monument. Stretching 80 miles and at some points reaching six meters in height, the wall took about 15,000 men only six years to build, an impressive engineering feat. 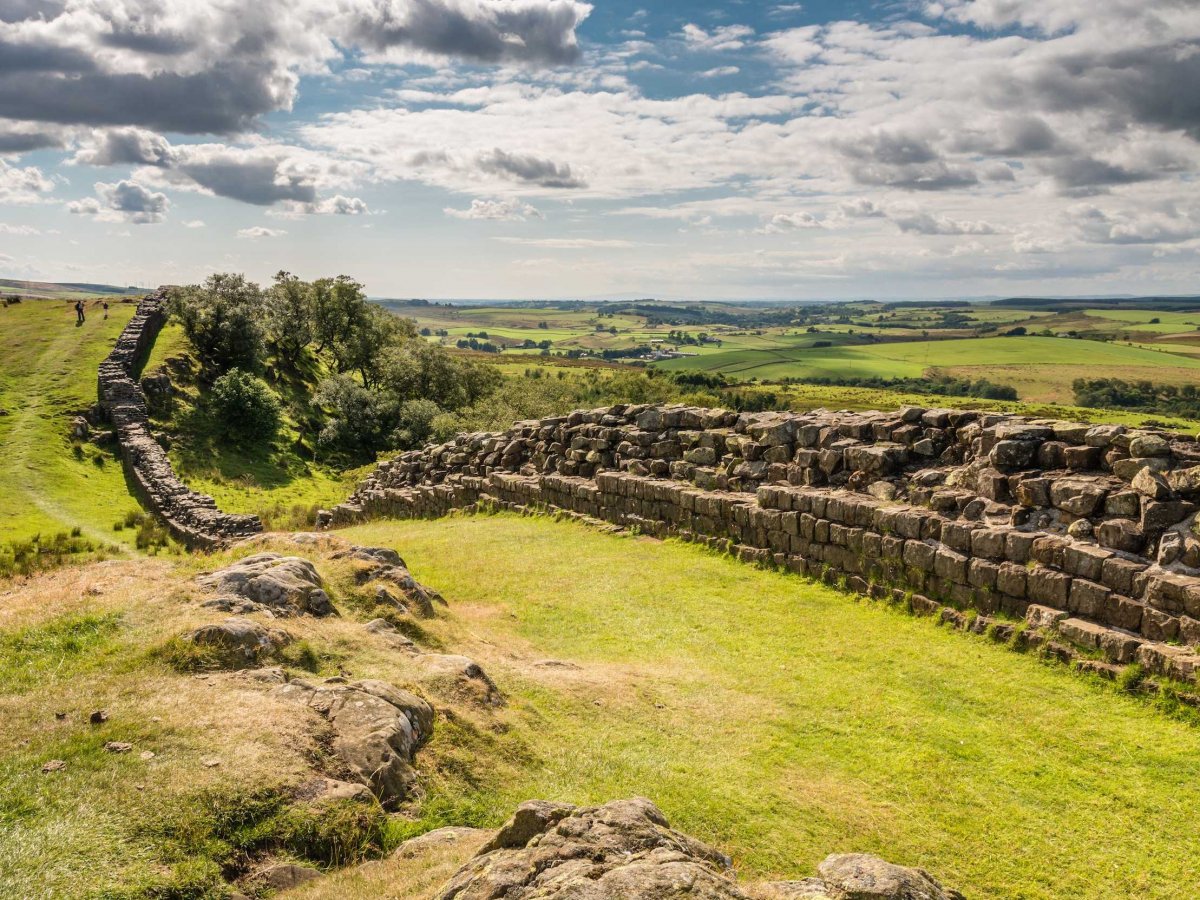 Besides gorgeous beaches and great snorkeling and diving, Tulum, located in Yucatán, Mexico, offers impressive Mayan ruins that date back to 564 A.D. Tulum means wall in the Yucatec language, which refers to the fact that the settlement was surrounded by a large barricade. 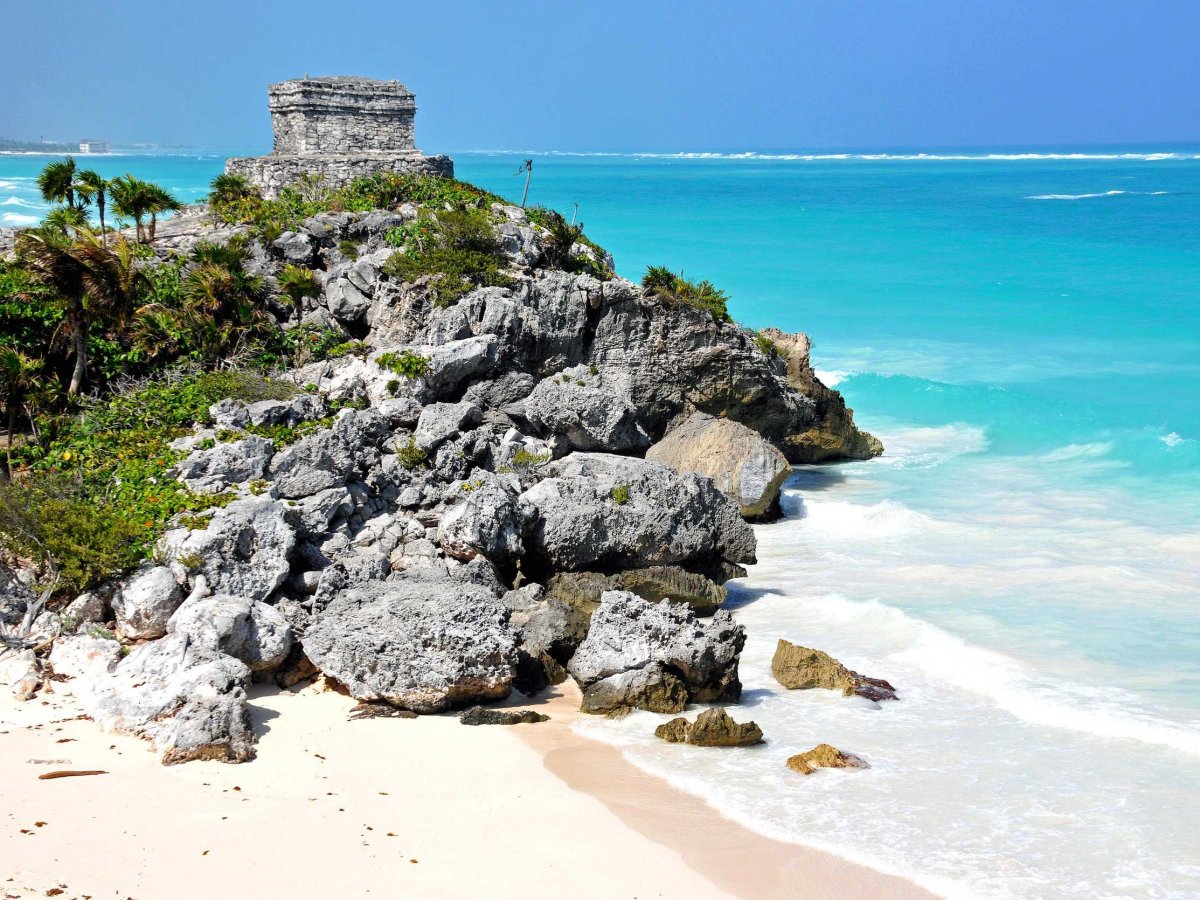 Sitting in central Java in Indonesia, the Buddhist temple of Borobudur originated in the 8th and 9th centuries. The temple complex was built with three tiers and includes a total of 72 Buddhist statues. 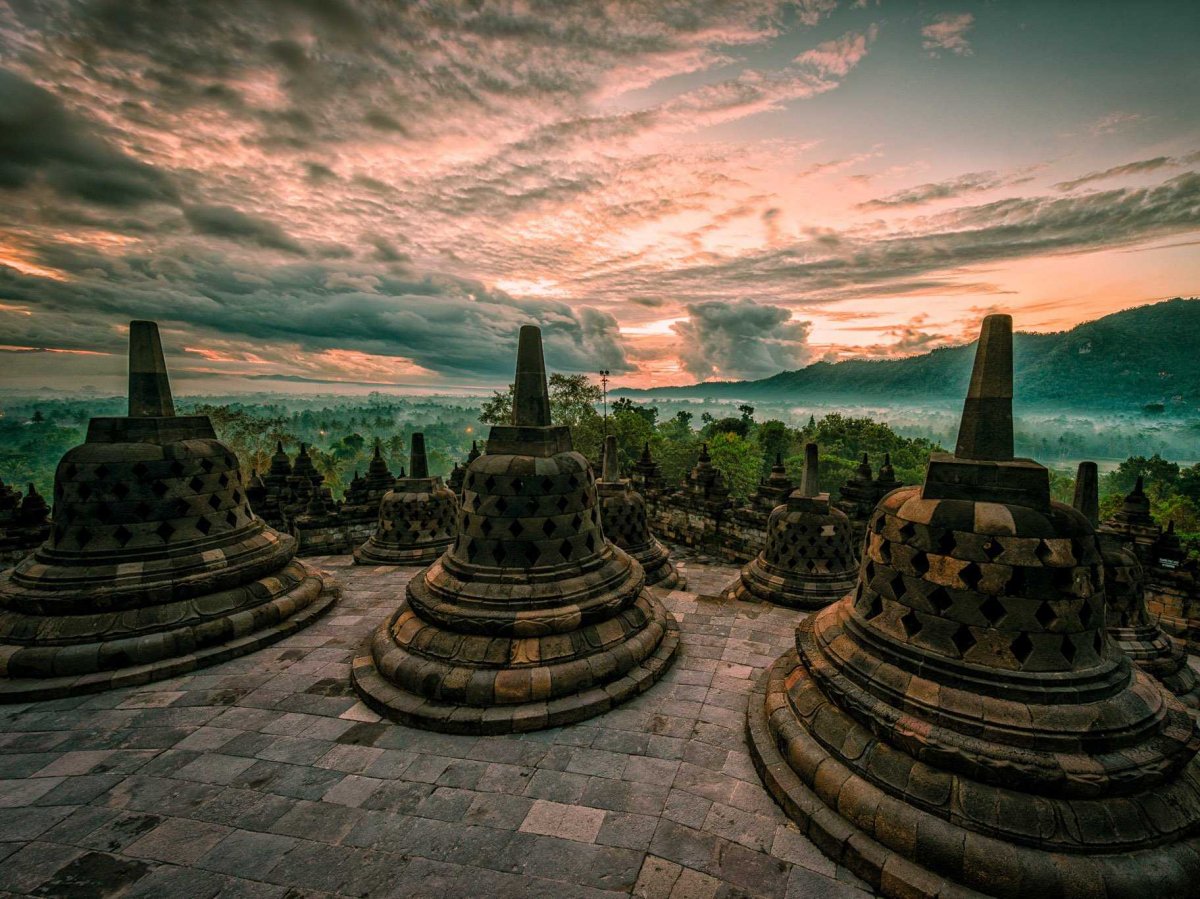 The Great Wall of China certainly lives up to its name. The construction of the wall was started in the 3rd century B.C., but the best known and best preserved section of the wall was built between the 14th and 17th centuries A.D. The wall served to protect the Chinese empire from outside invasions. 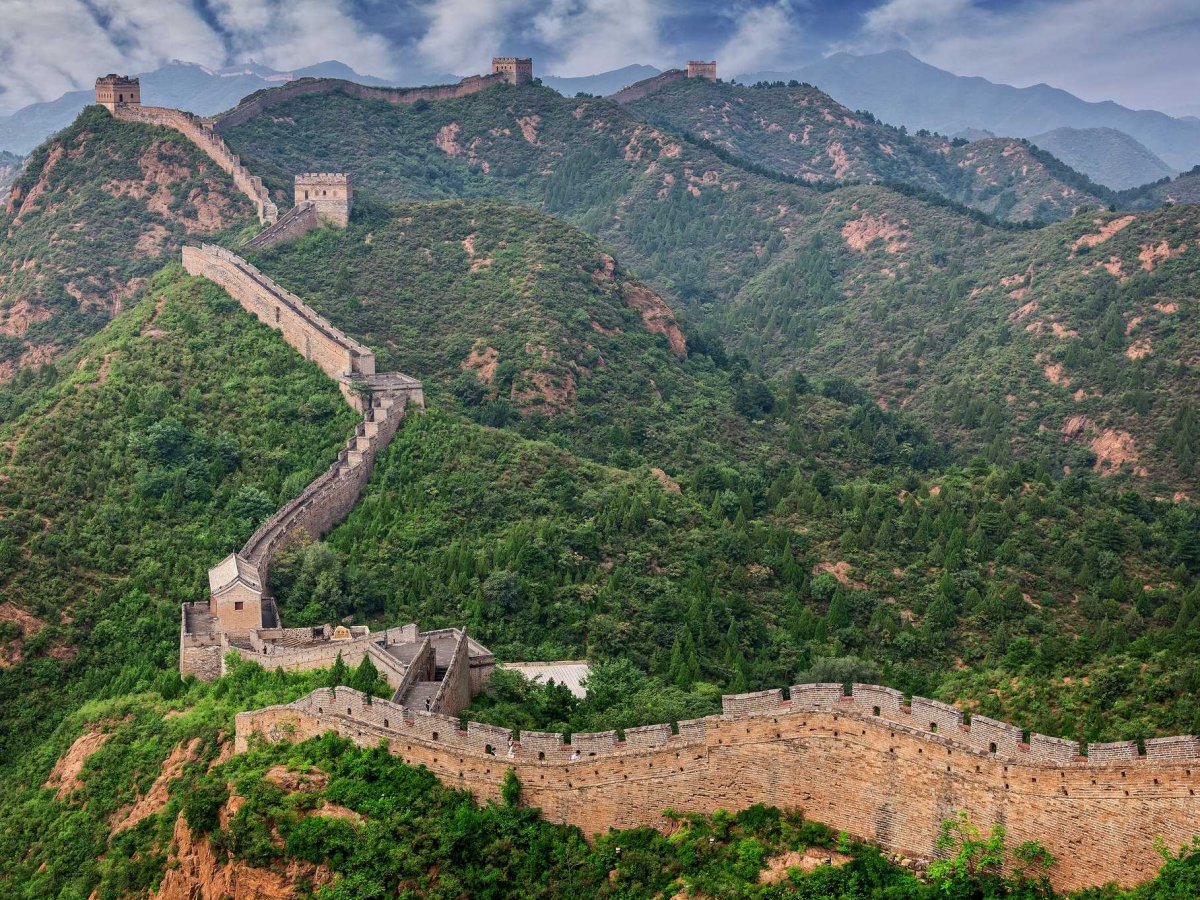 Situated along the Gulf of Tunis in Tunisia, Carthage was first established in the 9th century B.C. It was home to a successful trading empire and civilization until it was destroyed by the Romans in 146 B.C. At that point, a new Carthage was built on the ruins of the original. 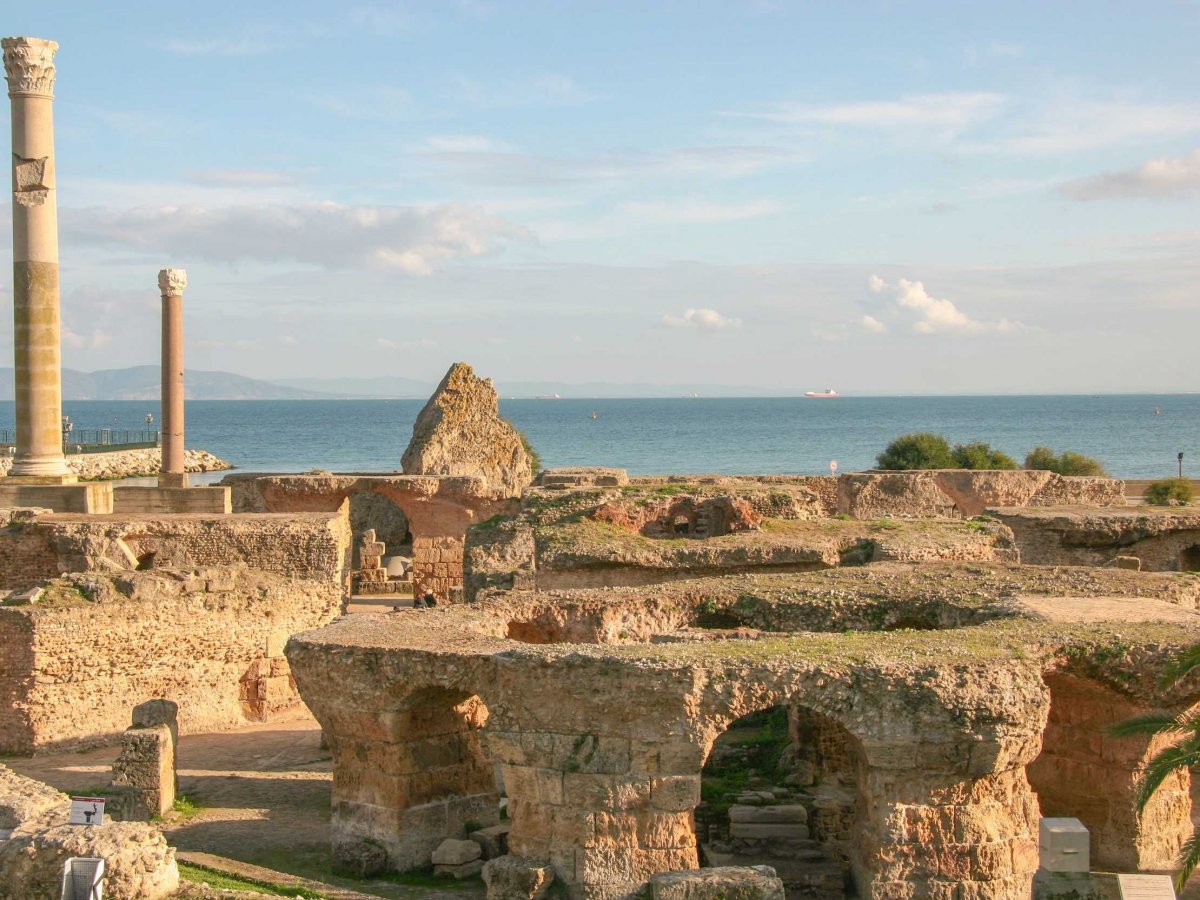 Diocletian’s Palace was built between the 3rd and 4th centuries B.C. in the city of Split, Croatia. The ruins of the palace can still be found throughout the city today. 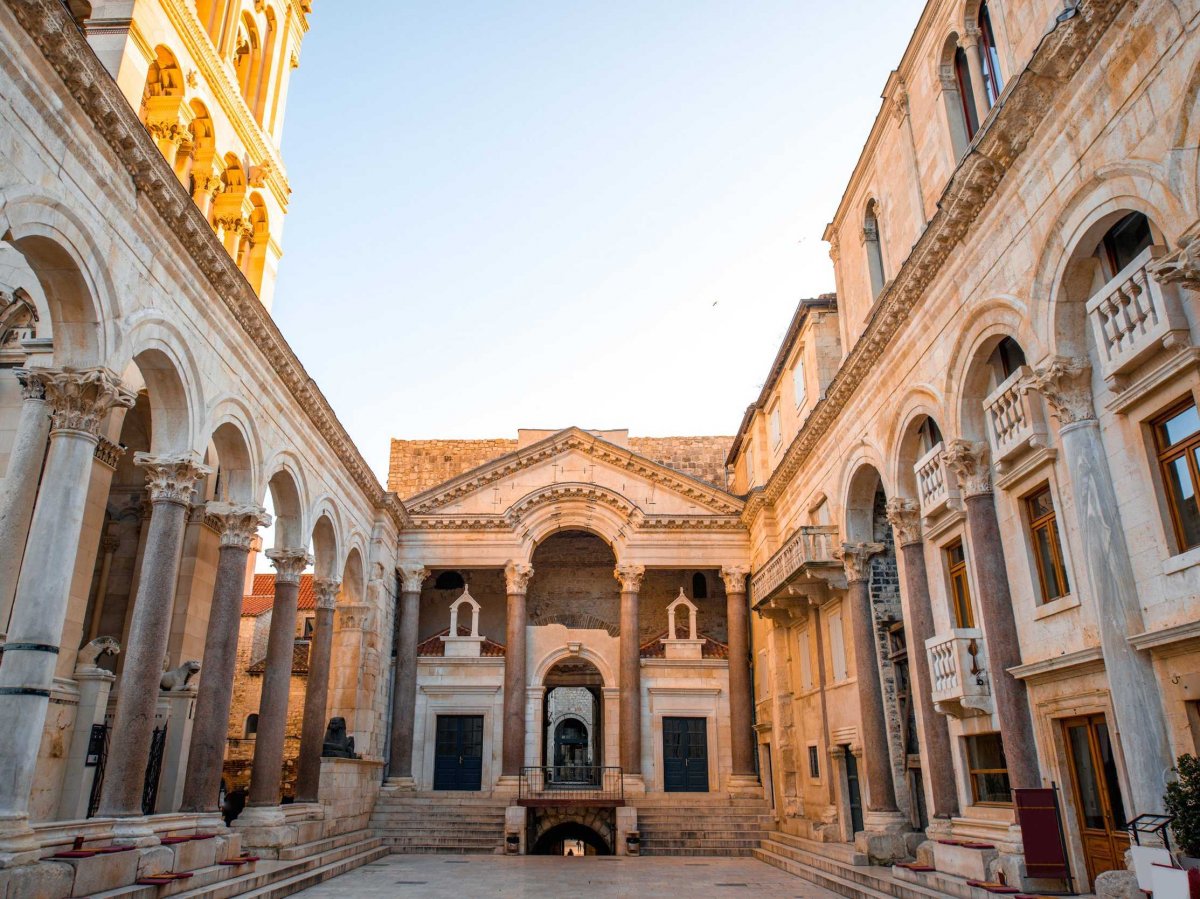