by Architect K.A.
Reading Time: 7 mins read
0 0
A A
3
SHARES
1.3k
VIEWS
Share on FacebookShare on TwitterPin to Pinterest

One of the most significant features of architecture is a bridge. Bridges not only does it allow us to pass over a gap safely, but it also allows people to enjoy the same level of freedom as other structures. Despite their functional status, bridges do not have to be ordinary in design.

The Constitution Bridge, completed in 2008, is an iconic structure in Venice that stands out from the rest of the city. Designed by Santiago Calatrava, the bridge is curved and features a ribbed design. 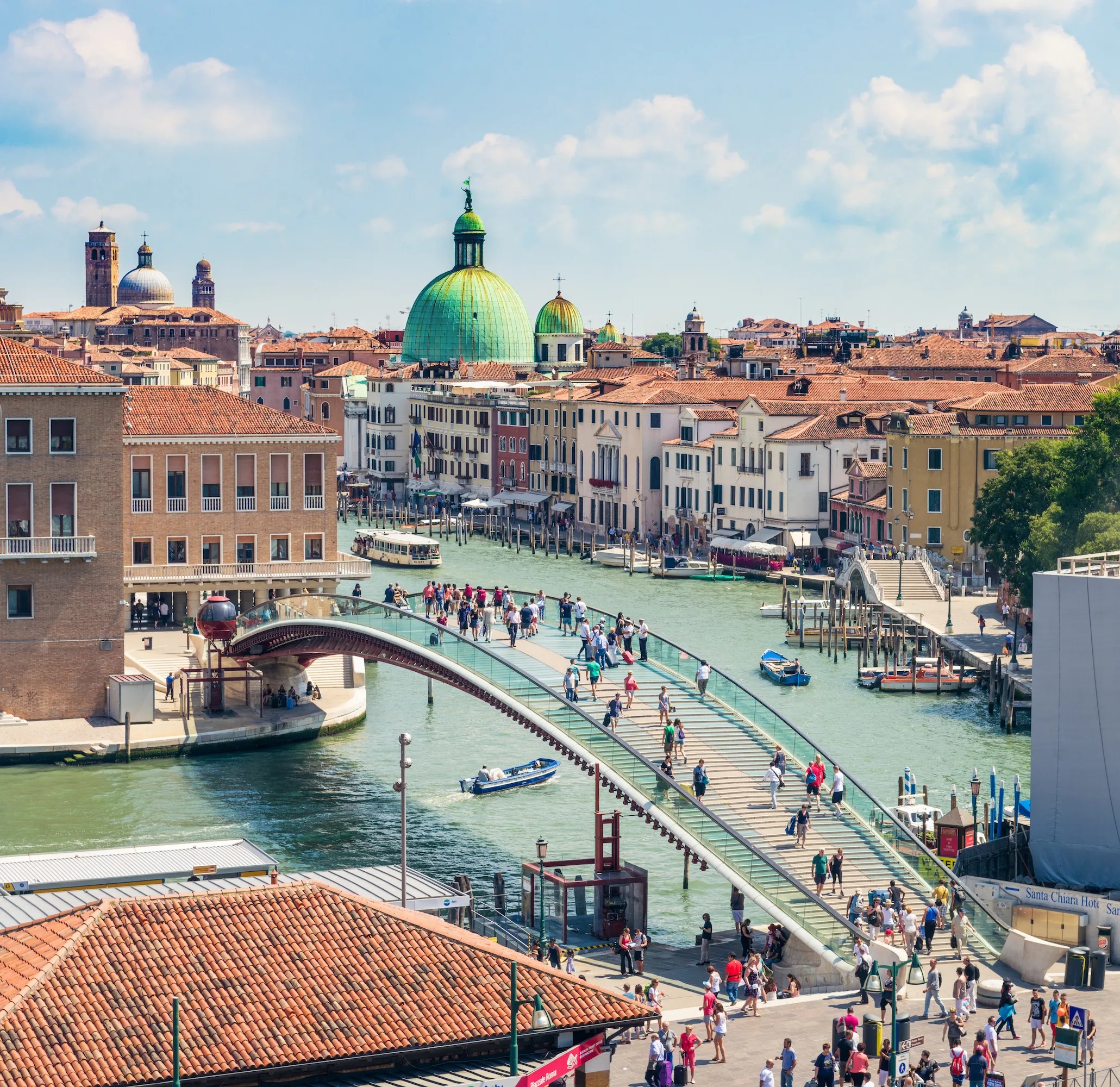 The Seri Wawasan Bridge in Putrajaya, Malaysia, was constructed in 2003 by the Malaysian firm PJSI Consultants. WilkinsonEyre designed the Nescio Bridge in Amsterdam, which was regarded as one of the most beautiful bridges in the world. Its length spans almost 2,500 feet and carries cyclists and pedestrians across the Rhine Canal. Venice’s Rialto Bridge, built in the 16th century, is the oldest bridge over the city’s Grand Canal. The Zubizuri Bridge, which goes by the Campo Volantin and the Puente del Campo Volantin, was constructed in 1997 by Santiago Calatrava in Spain. The Manhattan Bridge, which spans the East River in New York, was completed in 1912. It’s the most extended structure in the city. Designed by Leon Moisseiff, it spans over 6,700 feet long. Hundreds of thousands of people use it each day. Abu Dhabi’s Sheikh Zayed Bridge was Designed by the late Zaha Hadid and completed in 2010 for $300 million. The Golden Gate Bridge, which spans San Francisco Bay, was completed in 1937. Designed by Irving Morrow, it was regarded as one of the most significant structures in the world at that time. Puente de la Mujer was designed by starchitect Santiago Calatrava, , completed in 2001, is located in the commercial district of Buenos Aires. The Helix Bridge, completed in 2010, twists through the heart of Singapore, linking Marina Centre with Marina South. The bridge stands out in a city with modern architectural gems. The Juscelino Kubitschek Bridge was constructed in Brazil’s capital, Brasilia. Alexandre Chan and Mrio Vila Verde designed it. The bridge cost was approximately $57 million when it was completed in 2002. The Millau Viaduct is a bridge that spans the River Tarn in southern France. It’s the world’s tallest structure, with a summit over a thousand feet above the ground. Engineer Michel Virlogeux and architect Norman Foster constructed it, opening in 2004. The Charles Bridge, which spans the Vltava River in Prague, was constructed in the 1400s. The span spans over 1,700 feet tall. It’s made of stone and features numerous statues on both sides. The Brooklyn Bridge spans the East River in New York and has a rich history. In 1883, it was completed following a stampede that killed 12 people. To prove to the public that it was safe, officials paraded over 20 elephants across the span. Today, about 150,000 vehicles and pedestrians cross the bridge each day. The Khaju Bridge, which is located in Isfahan, was constructed in 1650 during the time of the Safavid dynasty. It spans over 400 feet long and has 23 arches. This structure is a popular meeting spot. The High Bridge in Amsterdam was designed by West 8, a New York-based firm. It’s also called the Python Bridge. The London Bridge, which spans the River Thames, is a must-visit for tourists. It was opened in 1894 and allowed pedestrians and automobiles to cross the bridge. It also allows river traffic to pass through. The bascules of the bridge have an angle of 86 degrees. The three-part project by Bjarke Ingels Group was completed in 2019. It consists of a museum, a bridge, and a sculpture. The sculpture, which measures almost 11,000 square feet, links two forested riverbanks. It also completed the route through Kistefos, considered the most prominent European sculpture park.