by Architect K.A.
Reading Time: 6 mins read
0 0
A A
86
SHARES
98
VIEWS
Share on FacebookShare on TwitterPin to Pinterest

Completed in 2008, this two story contemporary home is located in Amman, Jordan. 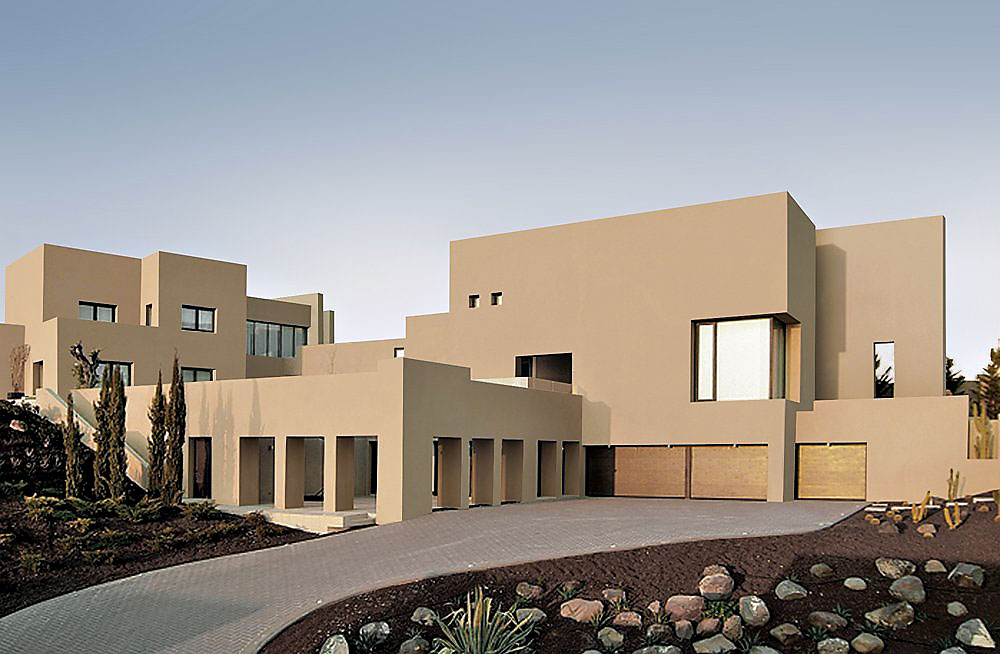 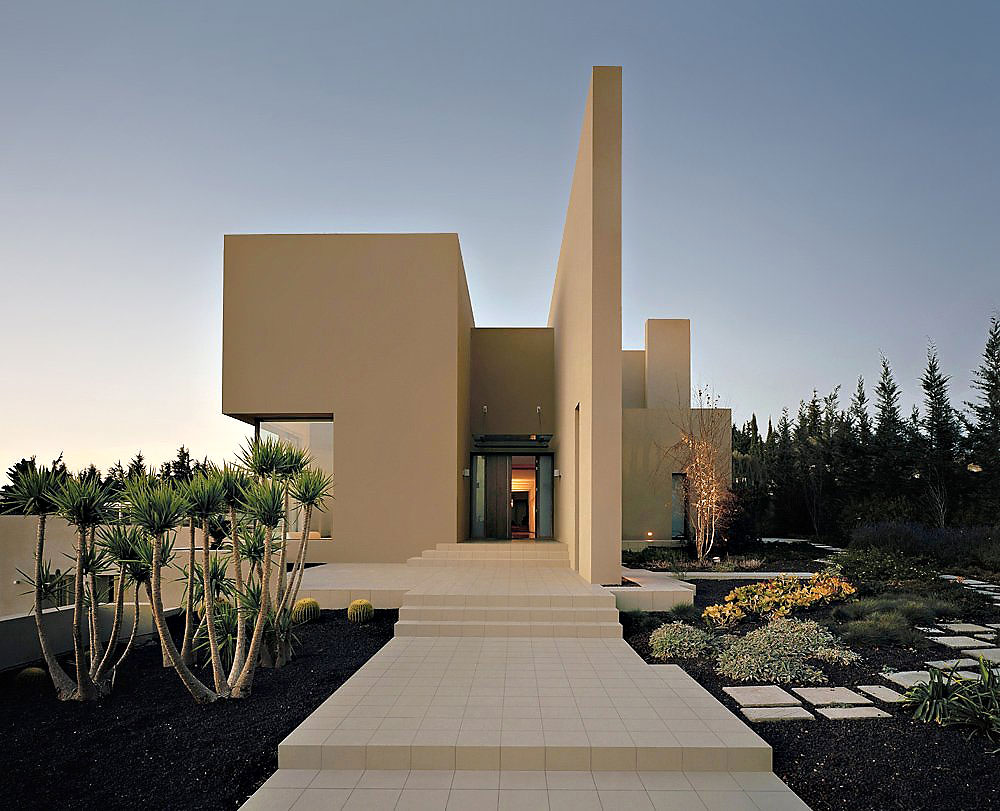 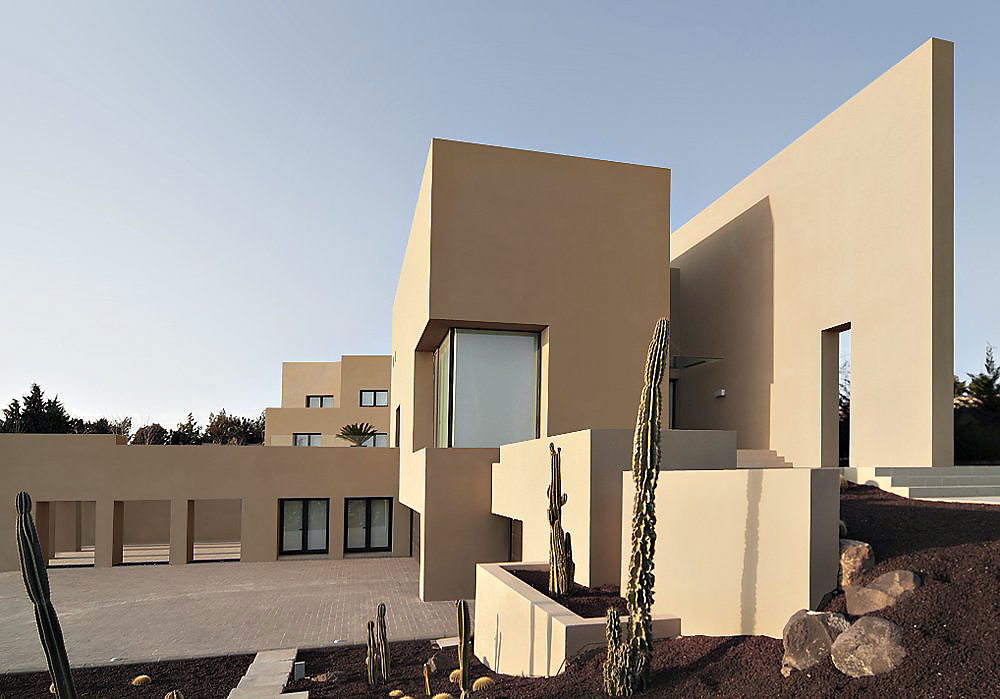 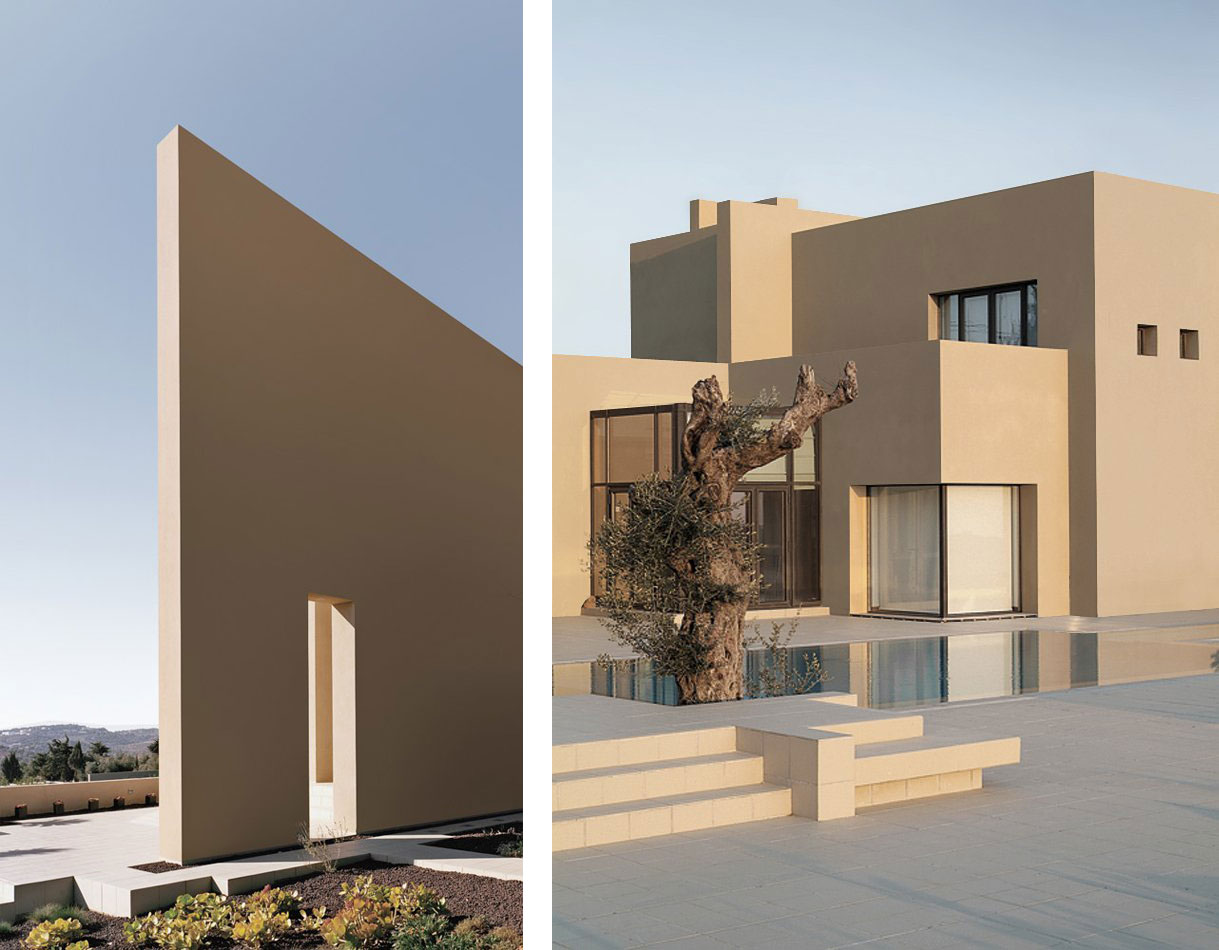 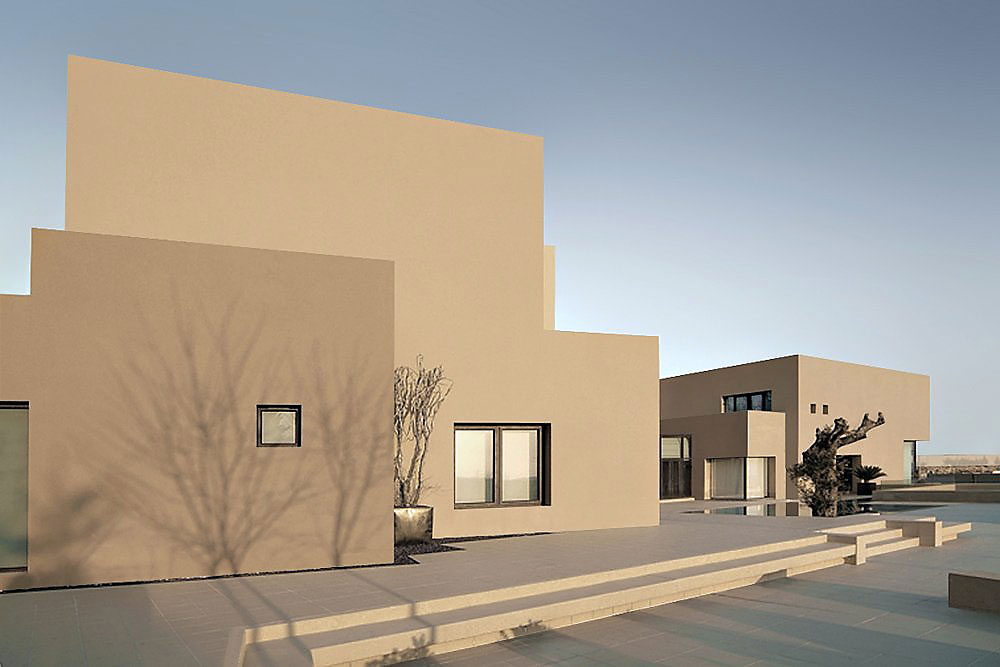 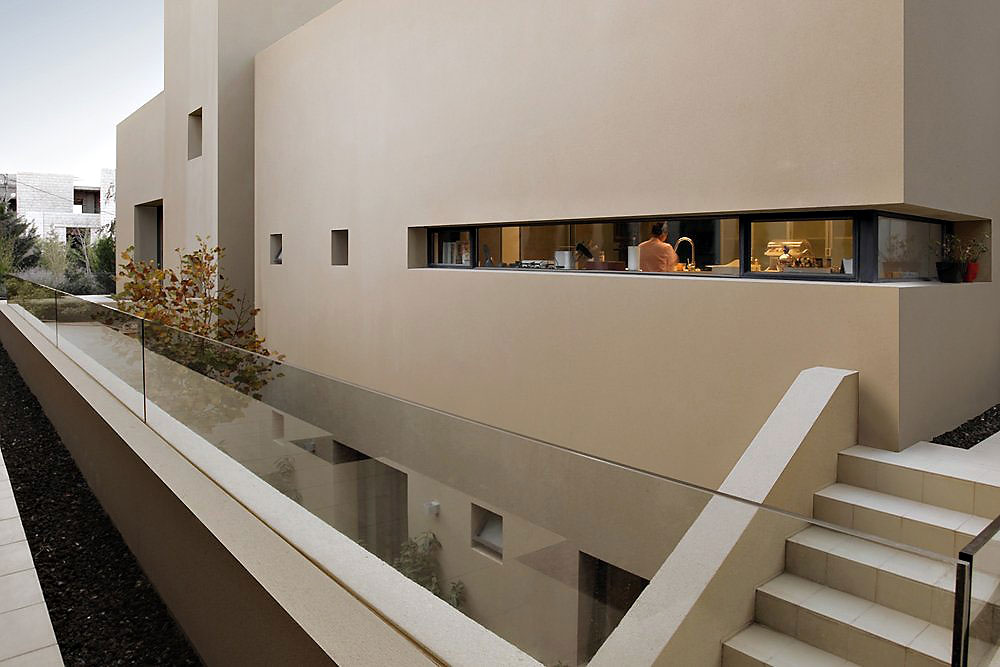 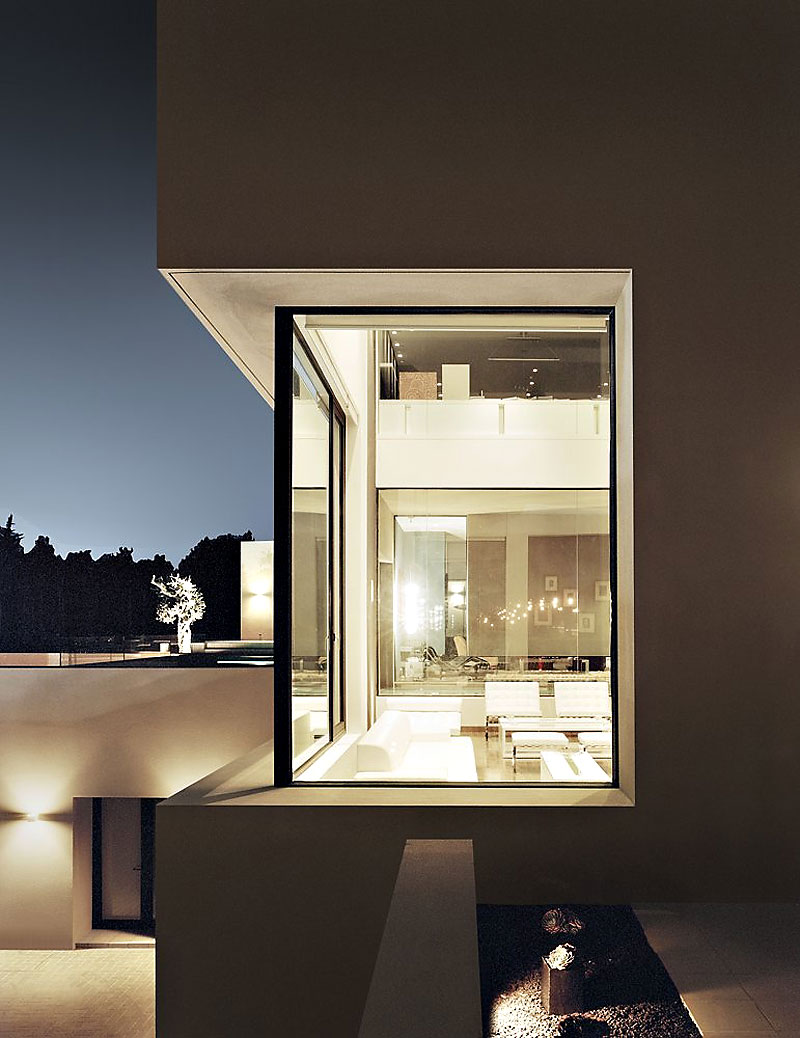 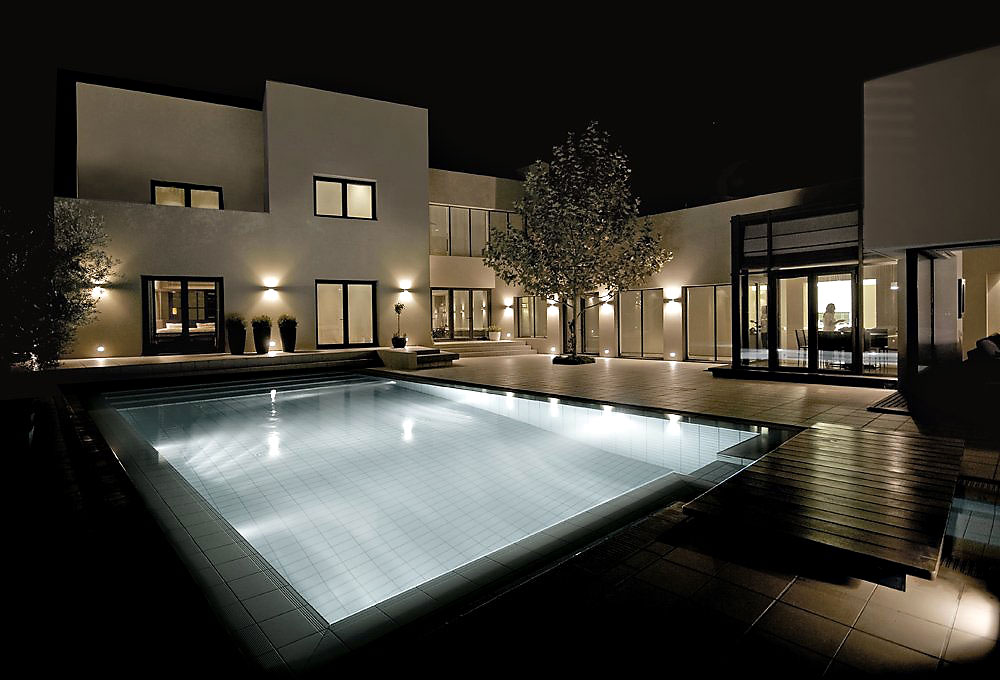 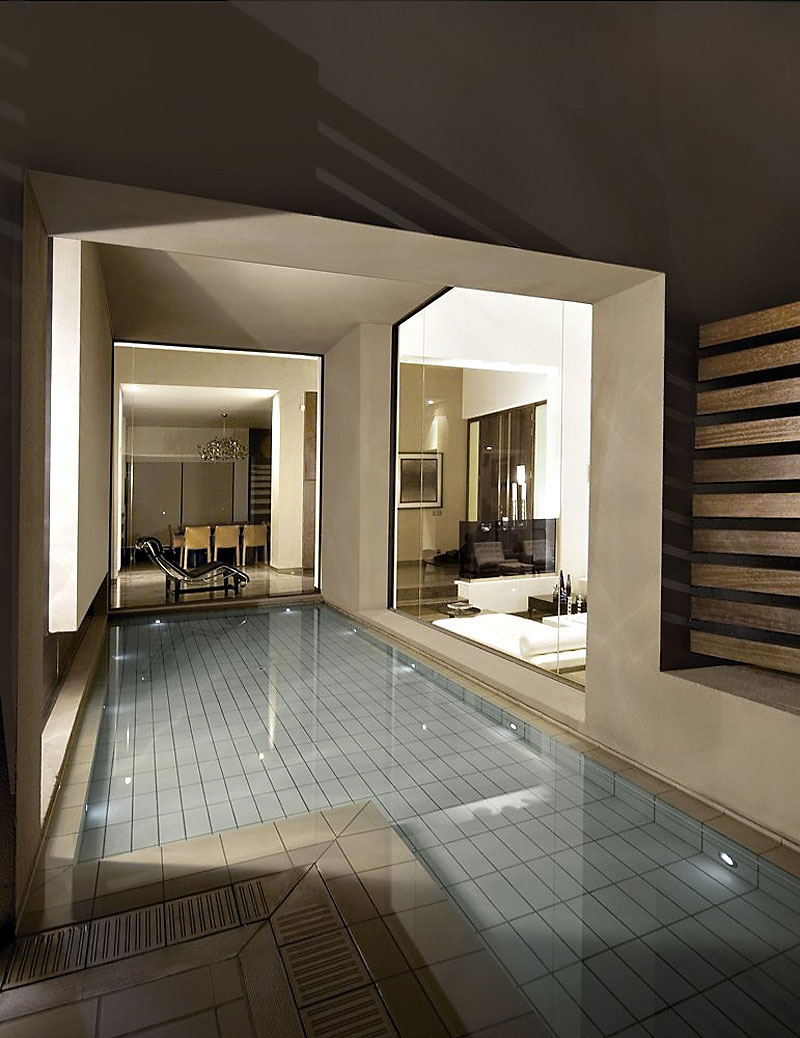 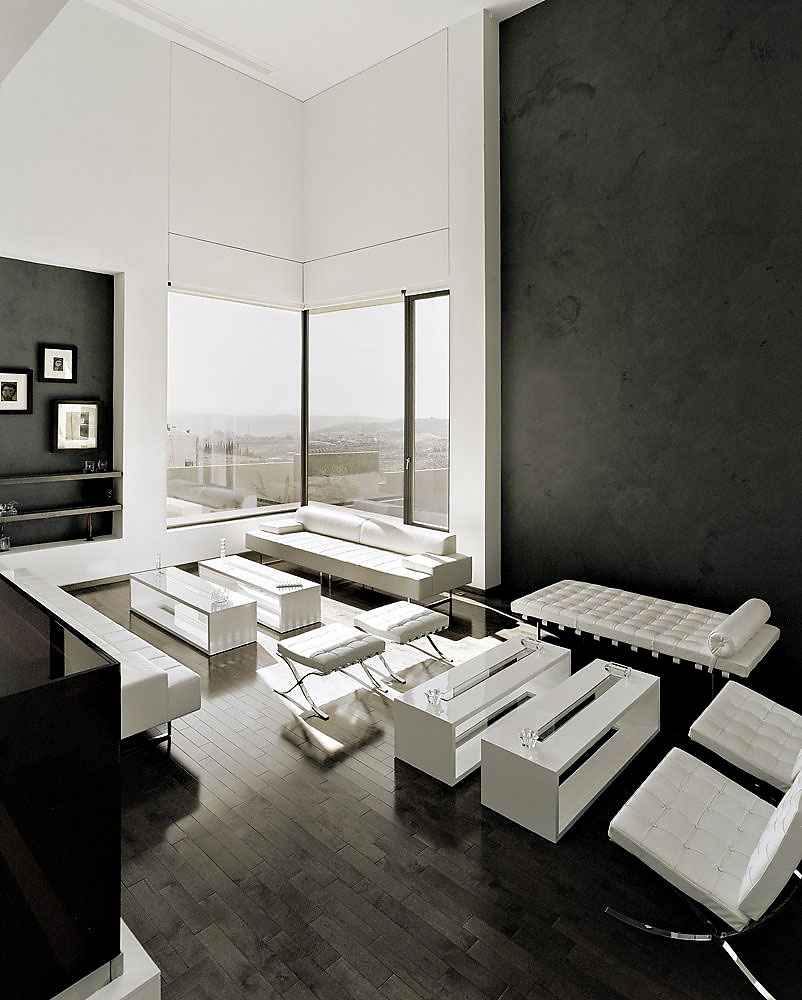 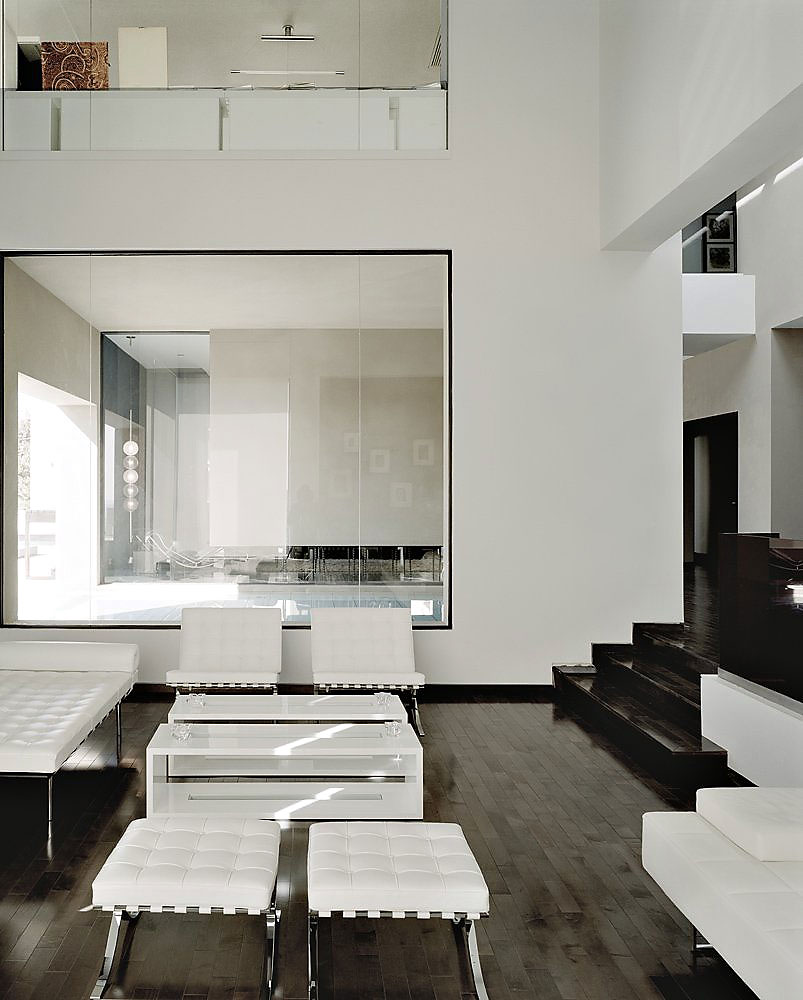 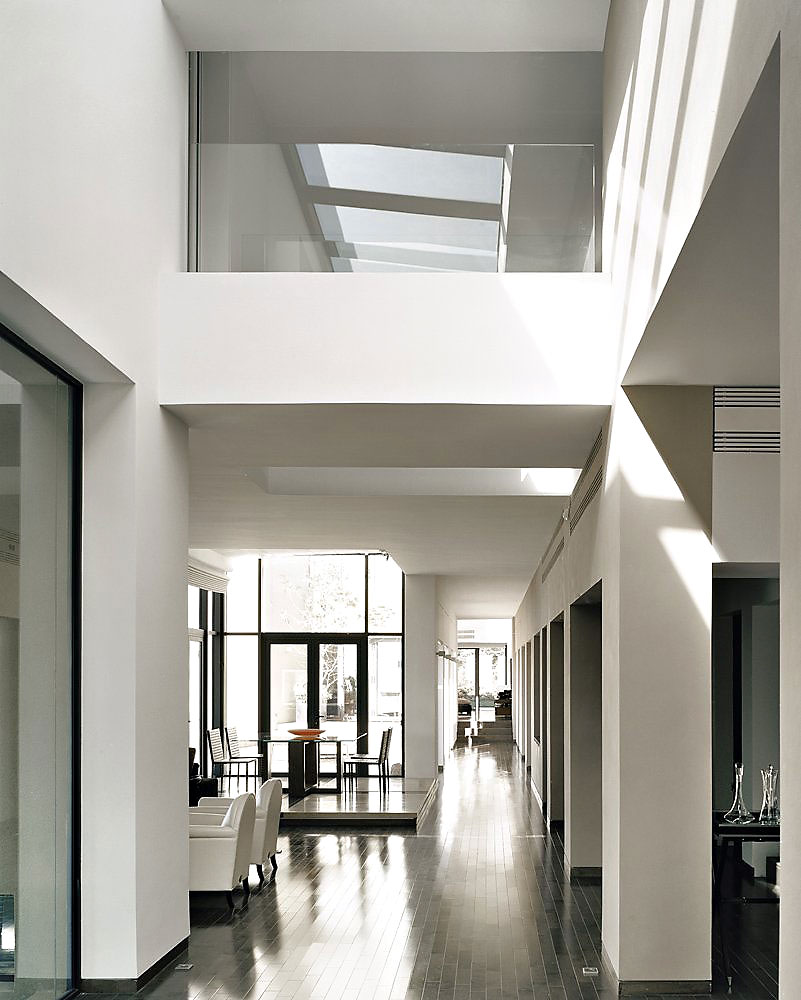 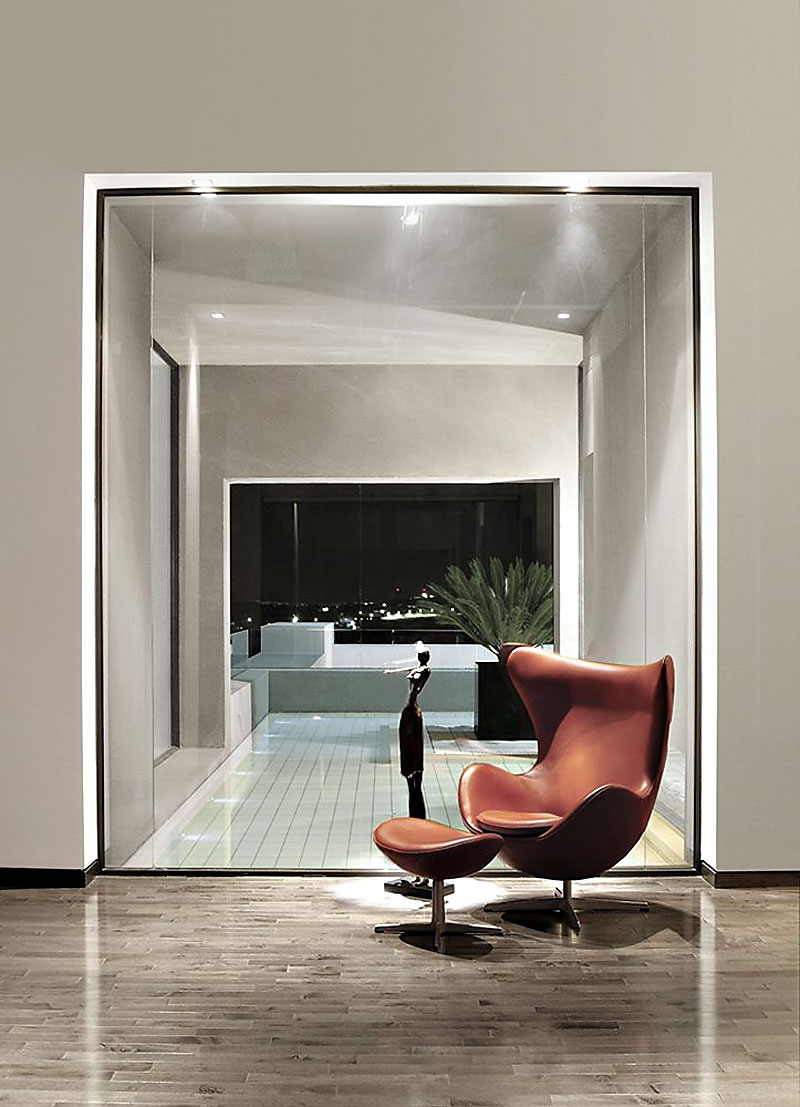 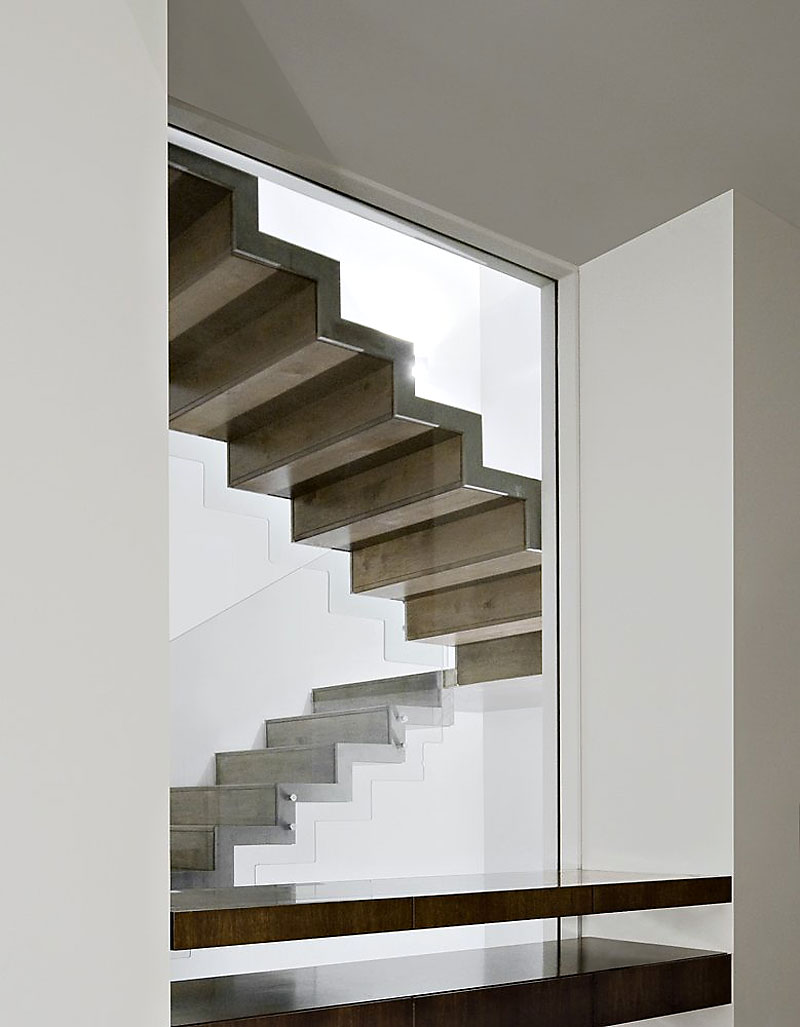 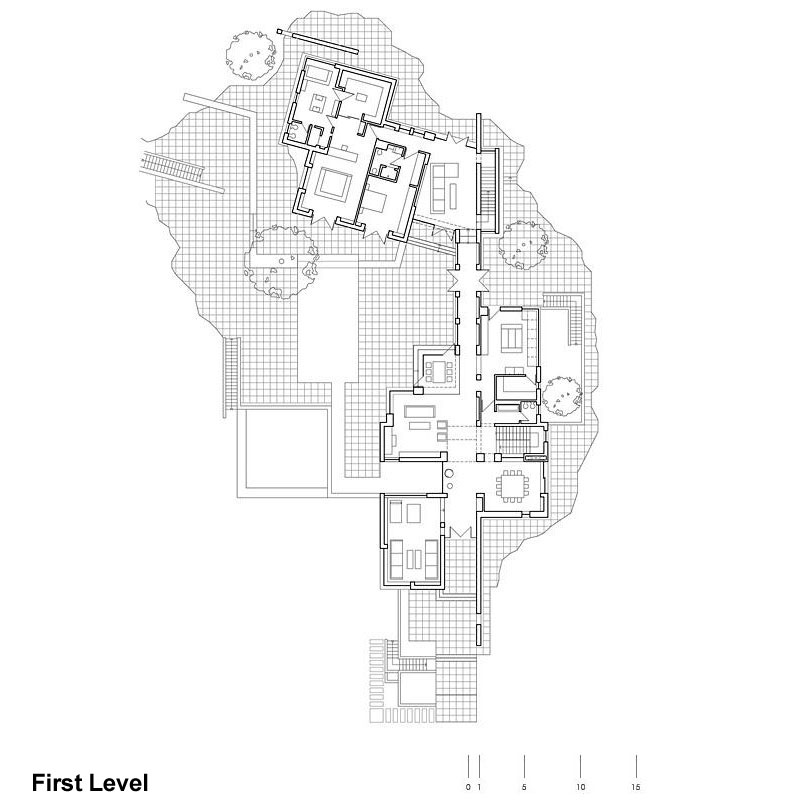 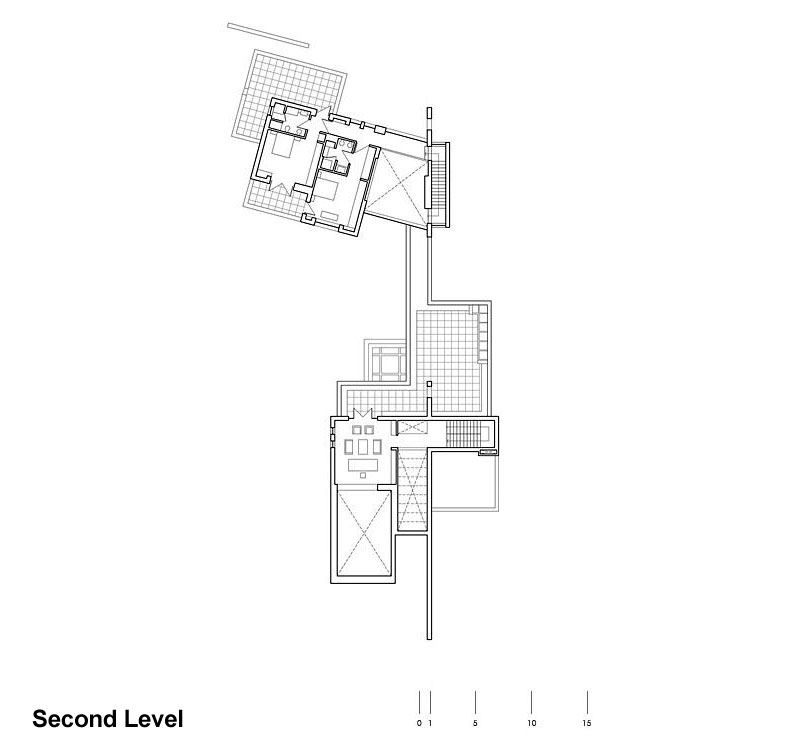 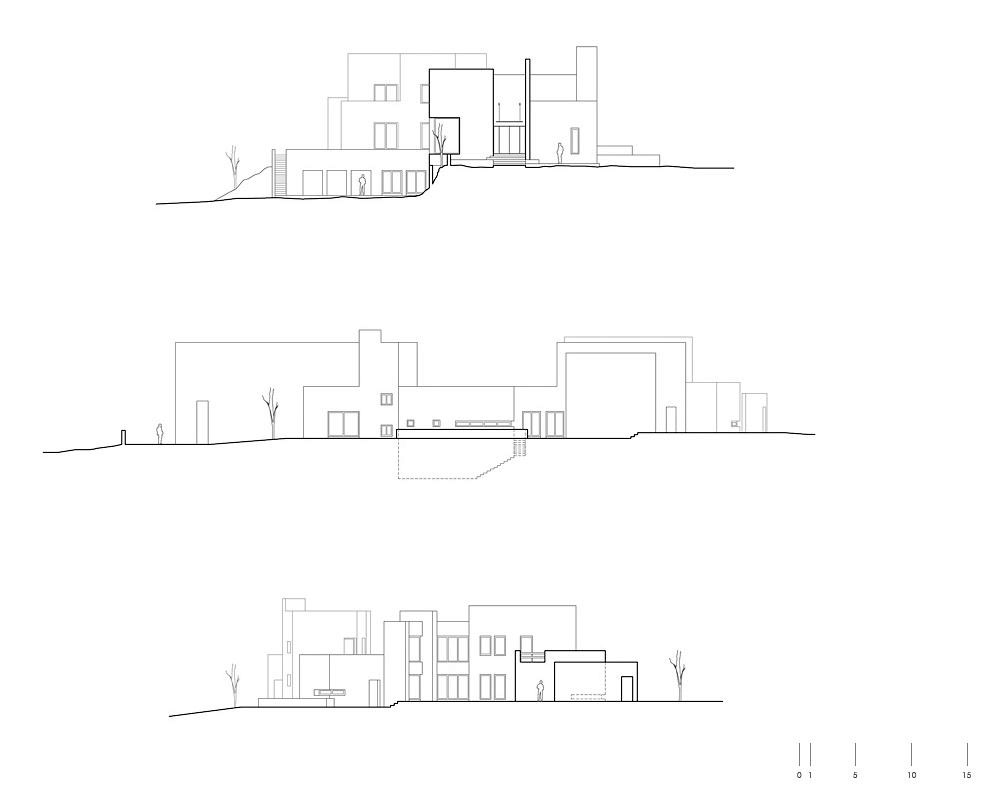 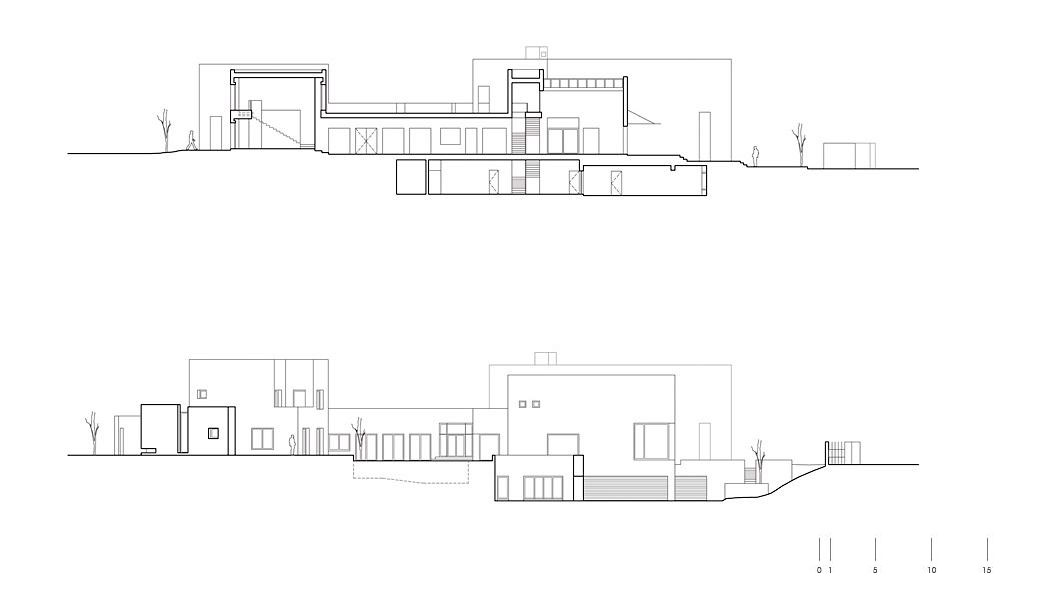 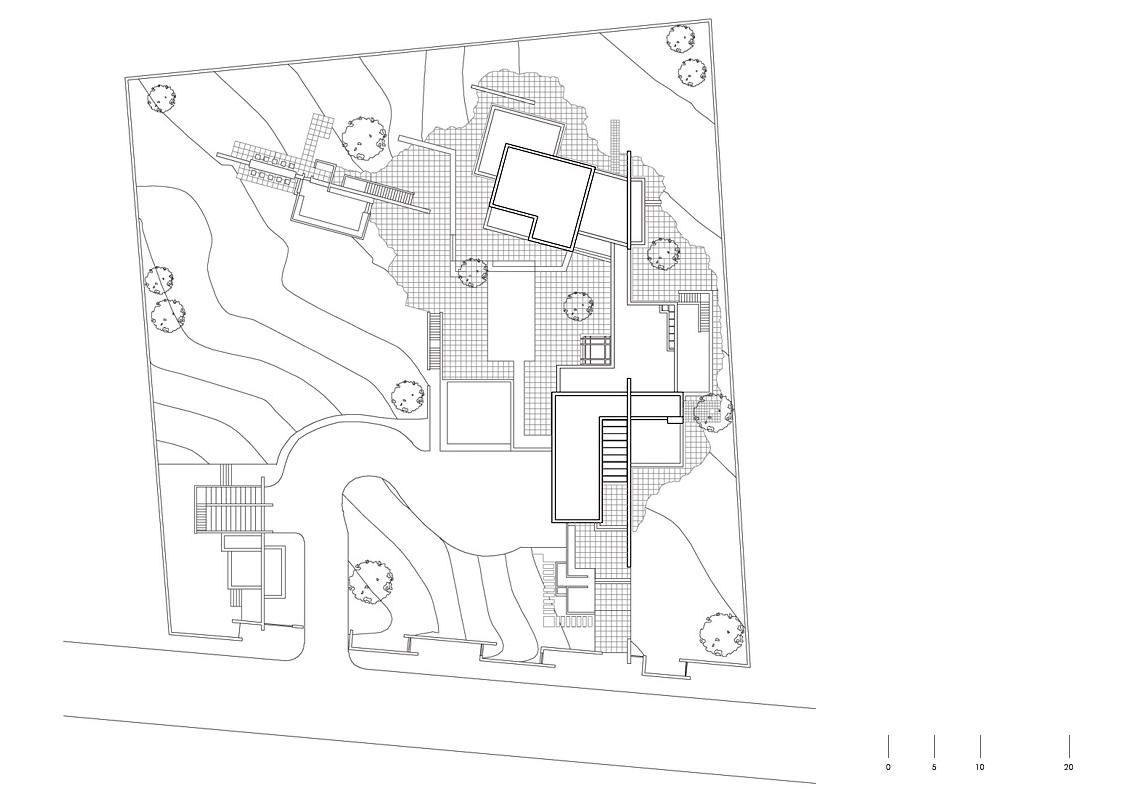 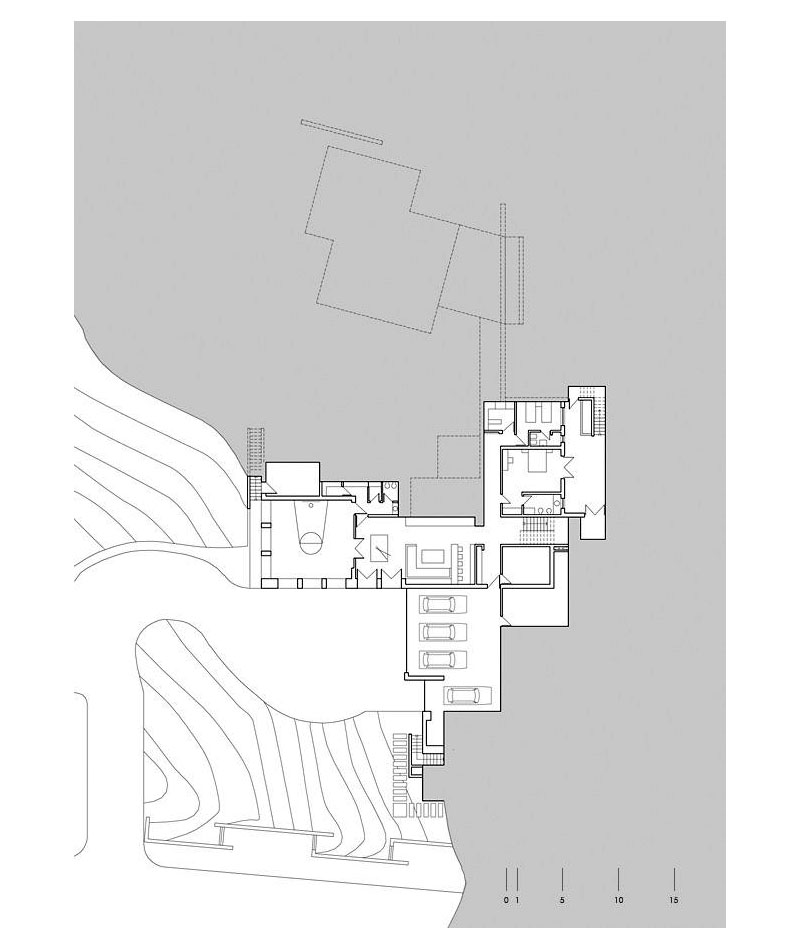 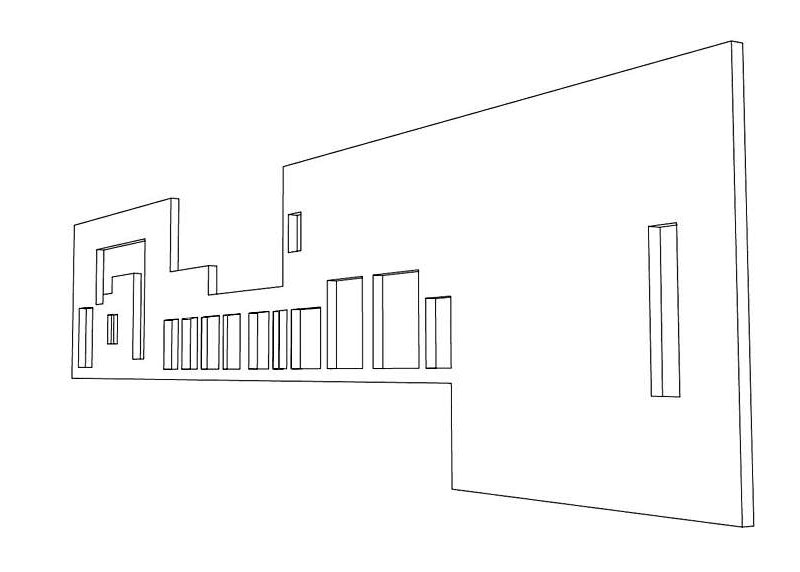 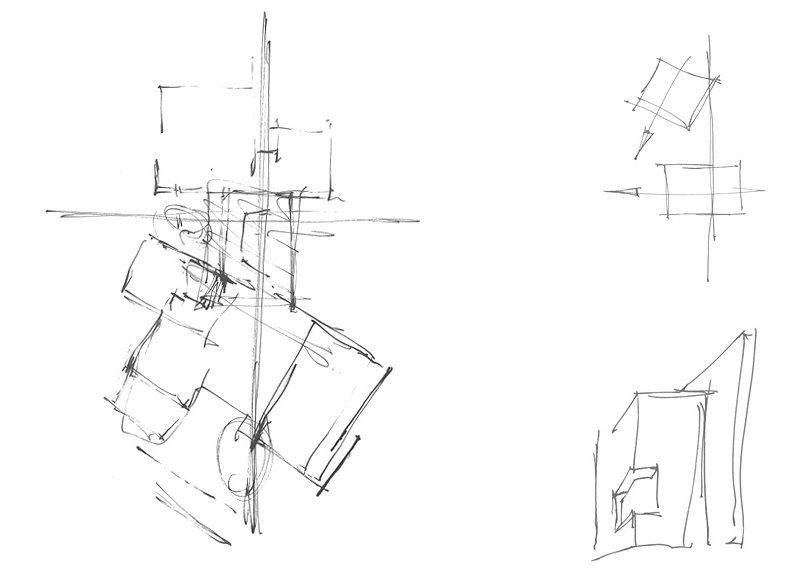 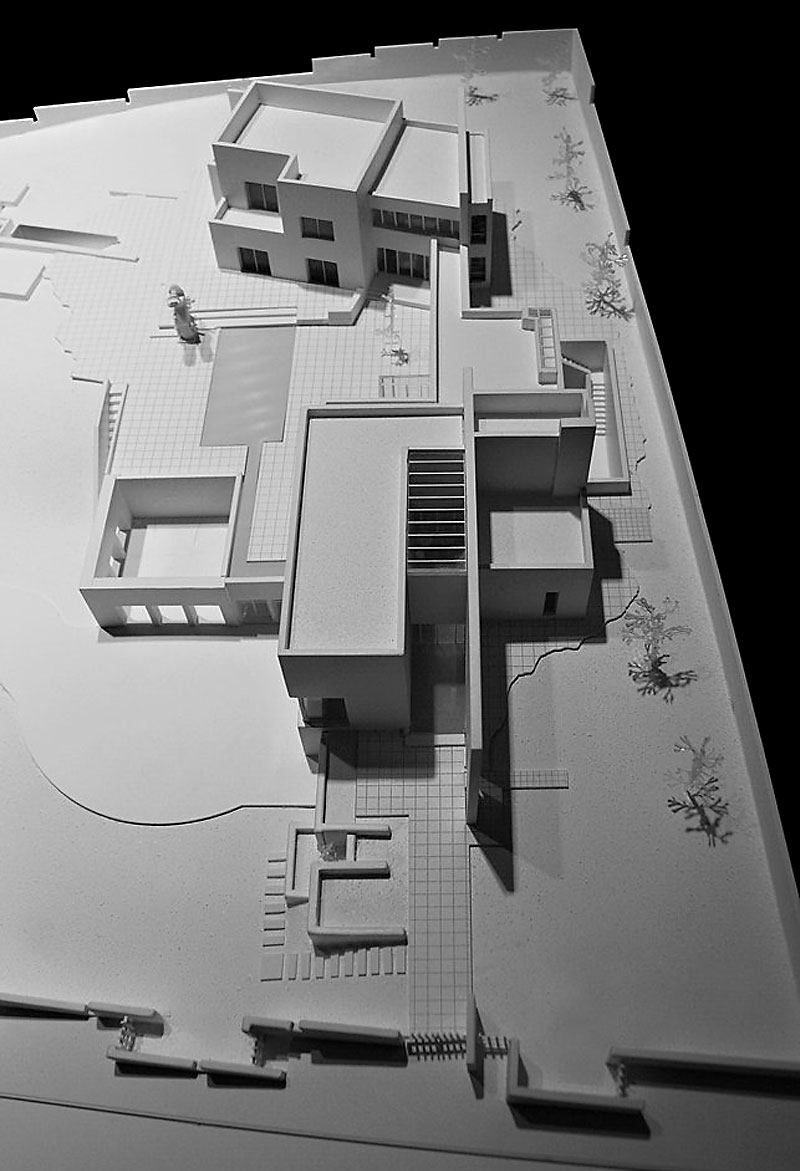 “The first impression with which the Abu Samra house receives the viewer relates to its use of materials and color. By rejecting the conventional use of stone in Amman, and by extending both its textures and the whitish tones associated with most examples of this material in Amman.

Instead, the use of earth-toned plastered building for which the subdued hues fit in perfectly well within the dry local landscape and the strong bright Jordanian sun. Plaster finishes are common in Jordan, but generally are used as a cheap alternative to stone. And the project challenges such low-budget connotations, and uses plastering as a high-quality building finish that requires a considerable level of craftsmanship.

The architectural forms of the building, which primarily consist of two sets of cubic masses linked by a corridor (the gallery), may have ended up providing for a rather busy composition, especially towards the western edges of the building. Nonetheless, the use of forms expresses on the conceptual level an element of reductionism, as with the expansive plastered surfaces and simple rectangular cutout windows. The southern one of these two compositions of masses extends the axis of the corridor, while the northern one is rotated from it at an angle, partly to break the longitudinal extension of the house, and partly to maximize the views of the surrounding landscapes available to this northern mass.

For most, the house currently is experienced from the main north-south street that passes parallel to the site, to its east, and that is located at a higher level than the house. The house is separated from this street by an empty plot of land, which most probably eventually will be built up. The view of the house from the street consists of two linked masses that are masterfully juxtaposed on a sloping site. More importantly, the blank façades of this side of the house, which is what the public sees , reveal extremely little of what lies beyond.

From the opposite direction, however, the facades completely open up, interweaving inside and outside, and providing expansive views of the rolling hills dotted with oak trees that the site overlooks. The building composition does tend to lose some of its strength and unity as one moves down the slope from the closed sides of the building masses to its open ones, and this may be a result of the programmatic requirements for the house, which have resulted in the large area of about 1,300 square meters.

Compositionally, the house emphasizes expansive earth-toned, textured surfaces with wide panes of glass cut into them. On one level, the two-dimensional components of this arrangement show a faint connection to Gerrit Rietveld’s 1924 Rietveld-Schroder House in Utrecht. The design however also expresses a duality combining two- and three-dimensional compositions, with planar arrangements competing with three-dimensional masses. The weight of the masses especially is apparent when the mass of one of the house corners are freed with a recessed window, thus revealing the considerable thickness of the exterior walls of the house.

This duality also clearly is evident in the composition of the entrance area of the house. The entrance door is situated between a mass with a recessed corner window, and a long, thick planar wall, which also may be perceived both as a plane and a mass. As one proceeds into the house from this entrance, which is located at the southern extremity of the longitudinal axis that cuts through the building, one is provided with a long unobstructed visual corridor that leads the eye all the way to the other end of the house, 24 meters away from the entrance.

At that point, a large window overlooking the outside garden provides a terminus for the axis. The corridors of the house are much more than utilitarian connections linking one part of it to the other. Along their open glazed sides, they provide vistas opening up onto the adjacent rolling hills. Their closed sides serve as gallery walls on which are placed works of contemporary Arab paintings from the Abu Samra family’s art collection. From the interior, the spaces defined by the heavy solid exterior walls contrast with this solidity. The spaces of the house flow freely, both horizontally and vertically, emphasizing views to the outside. Doors are kept to a minimum, open spaces prevail, and double spaces are used abundantly.

The architectural vocabulary of this house, with its massing, treatment of openings, and use of color, is rather novel to the architectural scene in Jordan. However, it still is highly sensitive to the immediate topographic surroundings, and the forms of the house, with their longitudinal strips set along the sloping site, work very well with its topography.”