20+ Best Places To Visit In The USA

by Architect K.A.
Reading Time: 8 mins read
0 0
A A
0
SHARES
35
VIEWS
Share on FacebookShare on TwitterPin to Pinterest

The U.S. is a country of 50 states covering a vast swath of North America, with Alaska in the northwest and Hawaii extending the nation’s presence into the Pacific Ocean. Major Atlantic Coast cities are New York, a global finance and culture center, and Washington, DC capital. Midwestern metropolis Chicago is known for influential architecture, and on the west coast, Los Angeles’ Hollywood is famed for filmmaking.

Nicknamed the “Mile-High City” because it sits exactly a mile high in altitude above sea level, Denver is Colorado’s capital and largest city. Located just east of the Rocky Mountains, Denver is a popular winter sports destination that celebrates its mining and cowboy history along with its modern arts and culture scene. 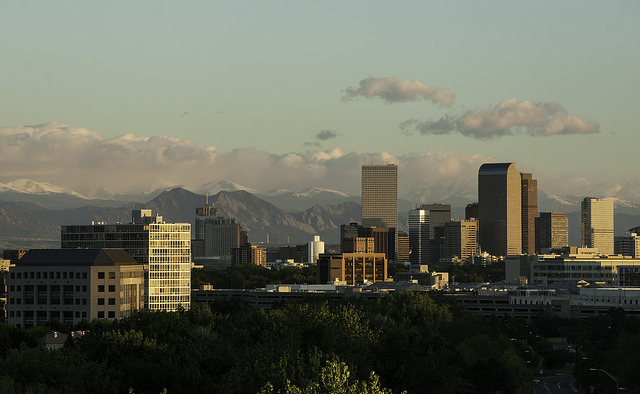 The capital and largest city of Georgia, Atlanta is a sprawling, modern city with three urban skylines rising up from the picturesque scenery of rolling hills, pine forest, magnificent old oak trees, and charming magnolia and peach trees. Established as a railroad terminus in 1837, Atlanta emerged as the leader of the New South. The city’s top attractions are the CNN Center, World of Coca-Cola, and the Georgia Aquarium, which features the world’s largest indoor aquarium. 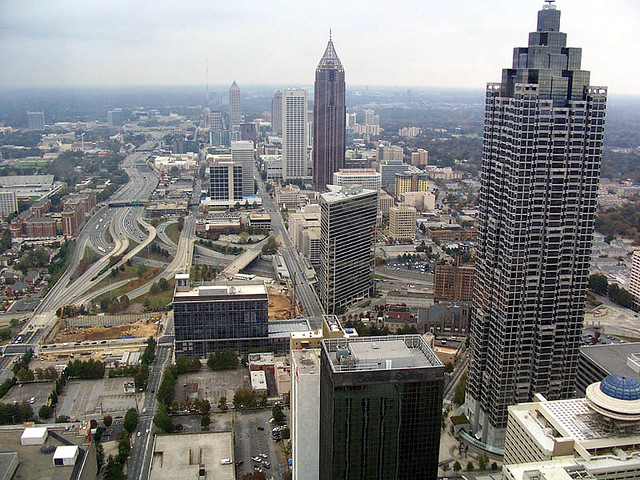 Home to the NASA Houston Space Center, Houston is a sprawling city in southeastern Texas, just a few miles inland from the Gulf of Mexico. As the fourth-largest city in the US, Houston features a dazzling cityscape of skyscrapers, commercial districts, and diverse ethnic neighborhoods. While Houston is primarily established in the oil industry, the city attracts many tourists with its fantastic, shopping, dining, sports, and arts scenes. 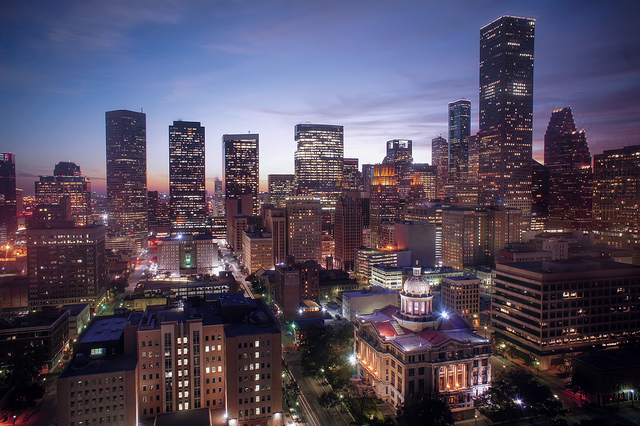 Straddling the Willamette River in the shadow of the majestic Mount Hood, Portland is the largest city in Oregon as well as the third largest city in the US Pacific Northwest region. While the city is known for its frequent rain drizzle, it is Portland’s climate that produces its picturesque scenery, including a plethora of rose gardens, which give Portland the nickname, “City of Roses.” Besides its natural attractions, Portland is a popular destination for its relaxed atmosphere, outdoor activities, and a large number of microbreweries 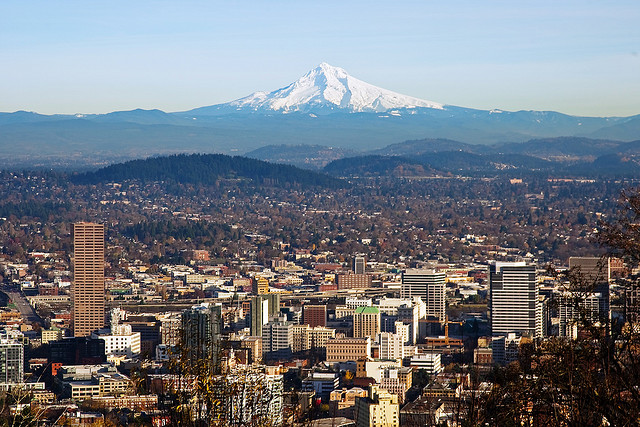 The jewel of Texas, San Antonio is a city steeped in both rich history and modern-day appeal. Located in south-central Texas, the city is one of the largest in the United States and is best known as home to the Alamo. Another of San Antonio’s most visited attractions is the Riverwalk, a vibrant pedestrian scene of restaurants, shops, hotels, and entertainment venues stretching along both sides of the San Antonio River right in the middle of the downtown area. 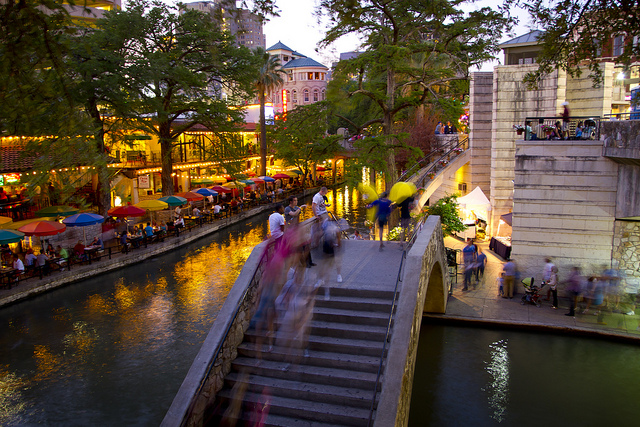 The quintessential Southern city, Savannah draws millions of tourists every year to its charming scenes of Victorian architecture, cobbled streets, moss-draped oaks, and leisurely pace. Lying on the Atlantic Coast in eastern Georgia, Savannah is the state’s oldest city, rich in history, hospitality, and natural beauty. 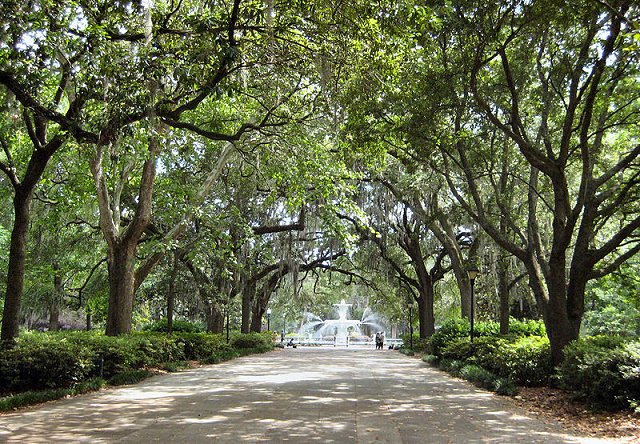 Often regarded as the “Birthplace of America,” Philadelphia is known as the city in which the country’s founding fathers signed the 1776 Declaration of Independence and the US Constitution. Commonly referred to by locals as “Philly,” Philadelphia is a major US city in southeastern Pennsylvania and home to the iconic Liberty Bell and the Philly cheesesteak sandwich. 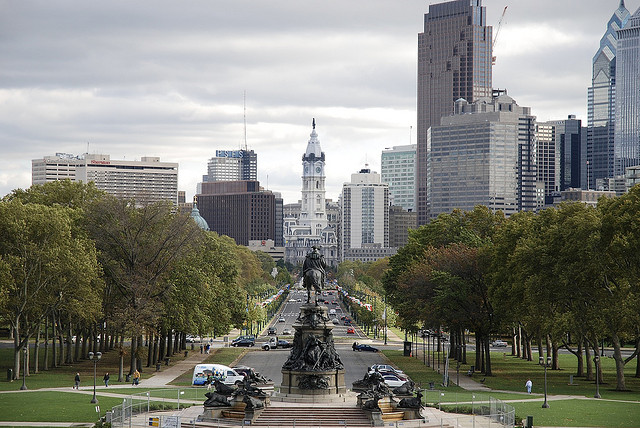 Located in the north-central part of Arizona, the town of Sedona is known for its vibrant art scene and fabulous shopping. However, Sedona’s most popular attraction is the breathtaking array of red sandstone formations that create a striking red and orange backdrop to the town. What’s more, this natural wonder also provides a wide variety of outdoor recreation. 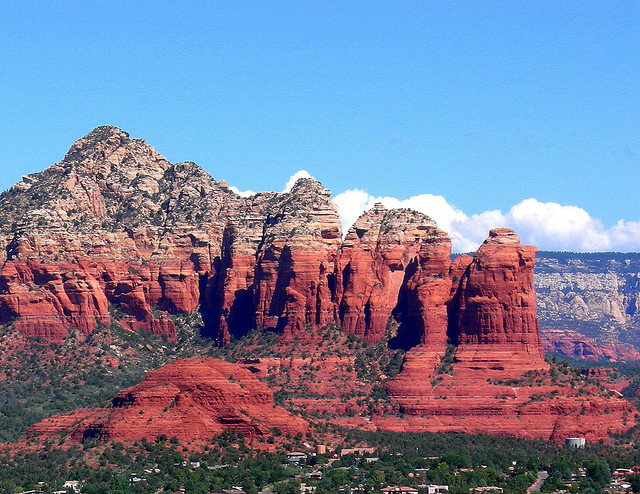 With fabulous beaches, an ideal climate, low-crime status, and outstanding family attractions, it is no wonder that San Diego is a popular tourist destination. Located in southern California just north of the Mexican border, San Diego is a large coastal city with a small town atmosphere. The most popular attractions in San Diego are SeaWorld and America’s premier zoo, which is located in Balboa Park. 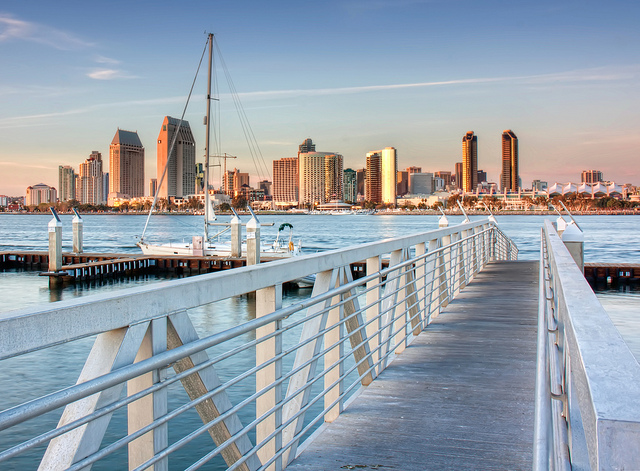 A vast area of spectacular scenery, abundant wildlife, and outdoor adventures, Denali National Park is a paradise for nature lovers and outdoor enthusiasts. Home to Mt. McKinley, North America’s highest peak, this US national park is located in the Alaska Interior among the jagged mountains of the Alaska Range. 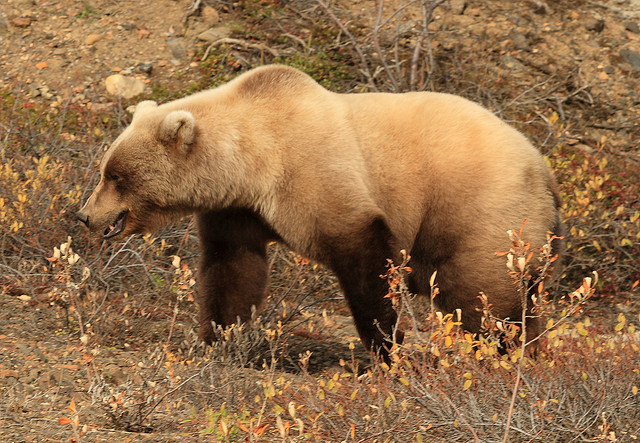 Regarded as one of the most unique cities in the USA, New Orleans is widely known for its distinctive French Creole culture, cuisine, and architecture as well as jazz music and the annual Mardi Gras celebration. Situated in southeastern Louisiana, New Orleans is the state’s largest city and a major US seaport. Devastated by heavy flooding from Hurricane Katrina in 2005, New Orleans is now mostly recovered and remains one of the best places to visit in the USA. 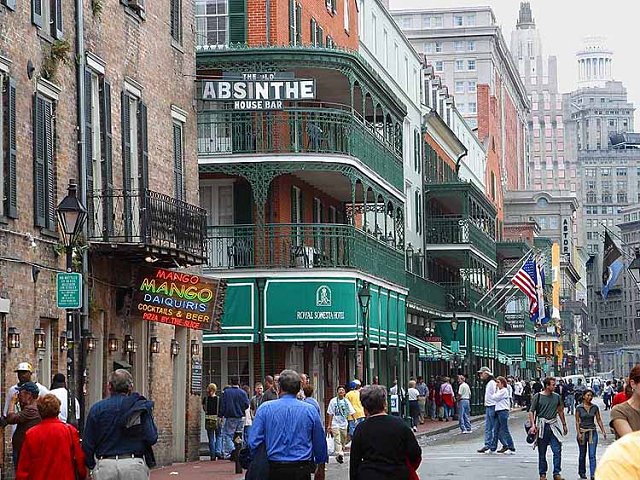 Situated between the state of New York and the province of Ontario, Niagara Falls is one of the most spectacular natural wonders on the North American continent. Niagara Falls is actually three different falls, the American Falls, Bridal Veil Falls, and Horseshoe Falls. Horseshoe Falls is located on the Canadian side while the others are located in New York. 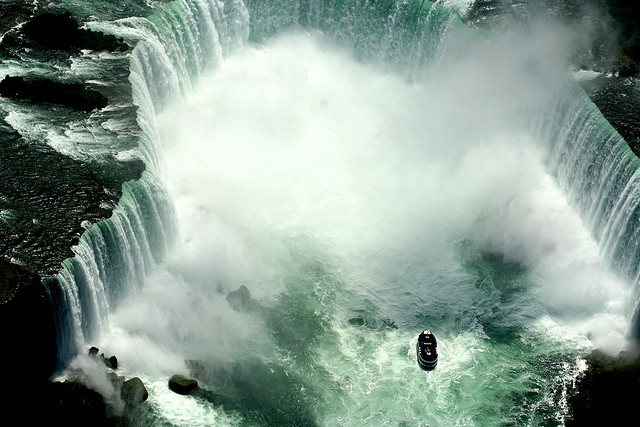 One of the most vivacious cities in the USA, Miami is best known for its sunny beaches, Latin culture, and sizzling nightlife. Located in southeastern Florida off the coast of the Atlantic Ocean, Miami is also a major port city managing the world’s largest number of passenger cruise ships. Across the bay from Miami on a barrier island in Miami Beach, known for its Art Deco architecture and glamorous South Beach. 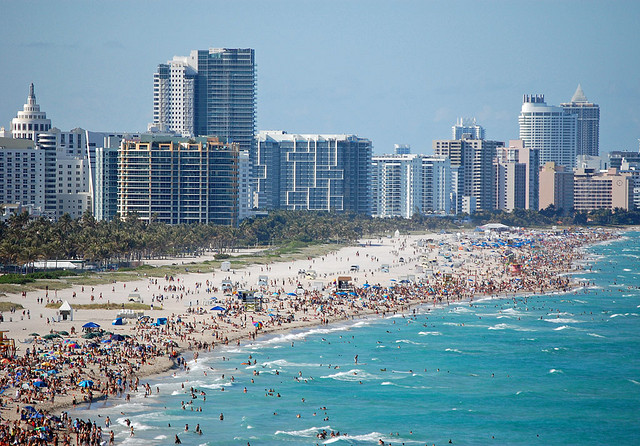 Home to Boeing aircraft, Starbucks, the Space Needle, and an outstanding arts scene, Seattle is the largest city of the USA’s Pacific Northwest region. Seattle is a coastal seaport city nicknamed the Emerald City due to its lush scenery resulting from a rainy climate. The city’s most famous landmark is the towering Space Needle, which features an observation deck and revolving restaurant. 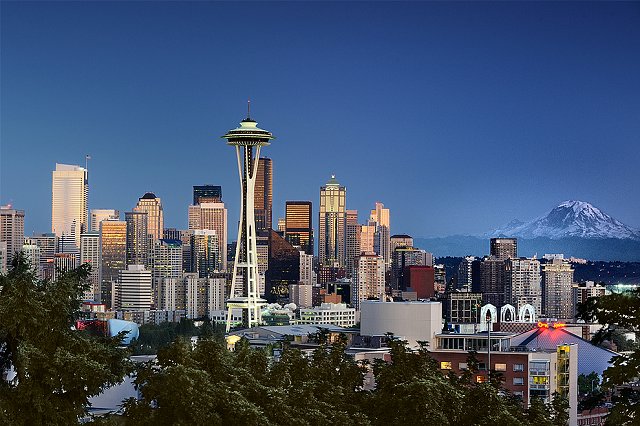 The gateway to the tropical paradise of Hawaii, Honolulu is the state’s largest and capital city as well as the entry point for most tourists. Located 3,800 km (2,400 miles) west of California on the Hawaiian island of Oahu in the Pacific Ocean, Honolulu is best known for its top destination, Waikiki Beach, and for the historical Pearl Harbor. 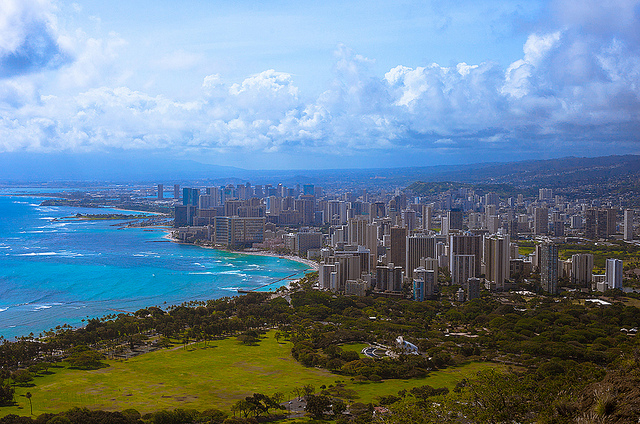 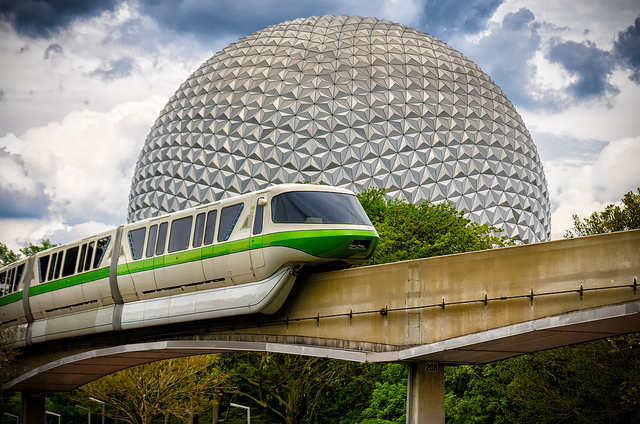 The capital of the United States and seat of the federal government, Washington is located on the country’s East Coast. A cosmopolitan city that is home to many diverse cultures, Washington is widely known for its many iconic landmarks like the White House, Capitol Building, the Washington Monument, and the Lincoln Memorial. Many of these monuments are located within the beautifully landscaped parkland known as the National Mall. 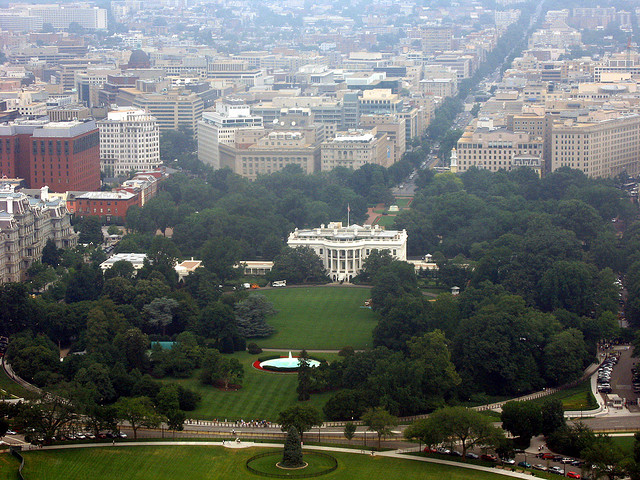 The second-largest city in the USA, Los Angeles is located in southern California surrounded by the Pacific Coast, mountains, and valleys. Often regarded as the “Entertainment Capital of the World”, the city is a leading world center for motion films, television productions, and music recordings. A huge, cosmopolitan city comprised of many districts and ethnic neighborhoods, L.A. is known for its smog issues but remains a favored destination for its ample sunshine and year-round mild climate. 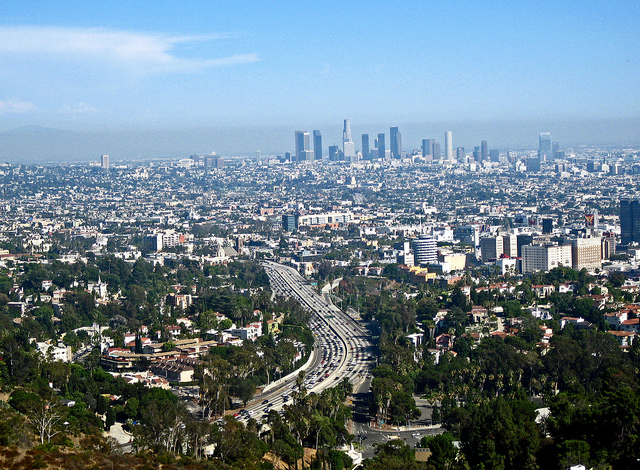 Nicknamed the “Windy City” and best known for its towering skyscrapers, sports teams, and unique style of hot dogs and pizzas, Chicago is the third-largest city in the USA. Located on Lake Michigan in the heart of the Midwest region in northeastern Illinois, Chicago is also home to many notable landmarks that include one of the world’s busiest airports, O’Hare International, as well as one of the tallest buildings in the Western Hemisphere, the Willis Tower. 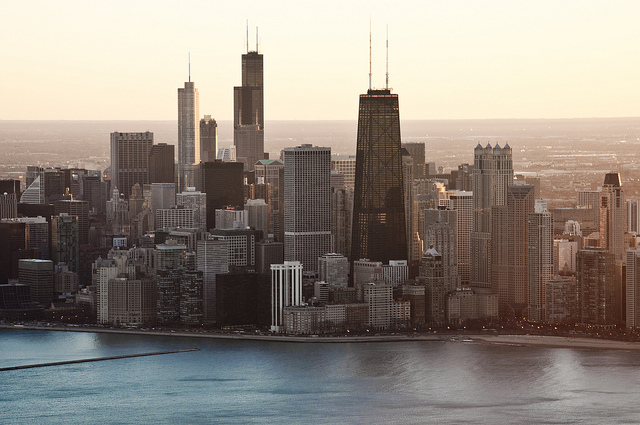 Yellowstone National Park was the world’s first national park, set aside in 1872 to preserve the vast number of geysers and hot springs, as well as to protect the incredible wildlife and rugged beauty of the area. The most famous geyser in the park is Old Faithful Geyser which erupts every 91 minutes. Yellowstone is also home to one of the finest wildlife habitats in North America. 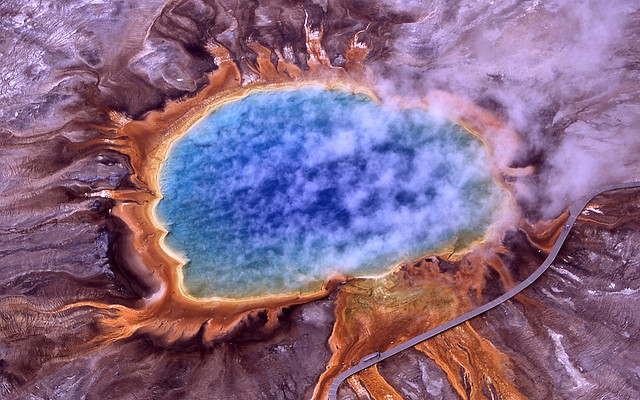 Springing up from the desert in southeastern Nevada, Las Vegas is a major US city world-renowned for its casinos, luxury hotels, comedy acts, musical productions, and extravagant shows. Most of the city’s main attractions are all concentrated within the area commonly referred to as the “Strip.” In addition to gambling, showgirls, and lavish performances, Las Vegas offers plenty more to suit people of all ages and interests. 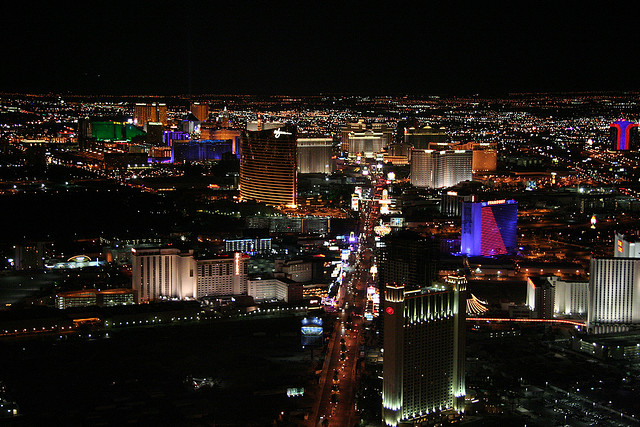 Best known for the Golden Gate, cable cars, and steep, rolling streets, San Francisco is a beautiful city in northern California, set on the tip of a peninsula in the San Francisco Bay Area. Undoubtedly, the Golden Gate Bridge is the city’s number one attraction. Tourists can drive, bike ride, or walk across this famous suspension bridge to admire and photograph stunning views. 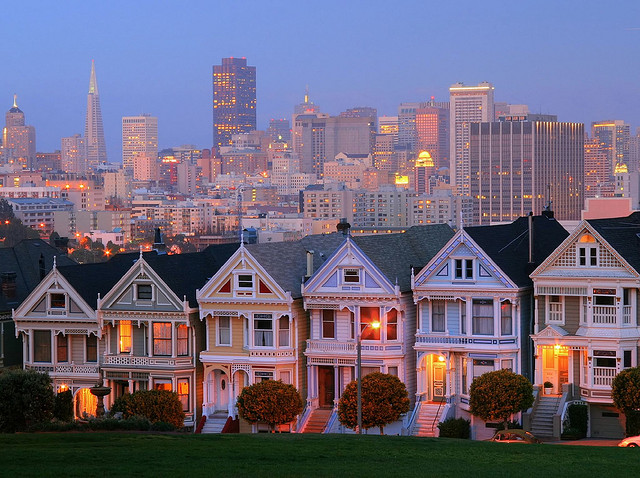 Attracting millions of visitors every year, the Grand Canyon is one of the best places to visit in the USA. Located in northern Arizona, this massive natural wonder was carved by the Colorado River over a period of several million years. It is not the deepest or the longest canyon in the world but the overwhelming size and colorful landscape offers visitor vistas that are hard to match. 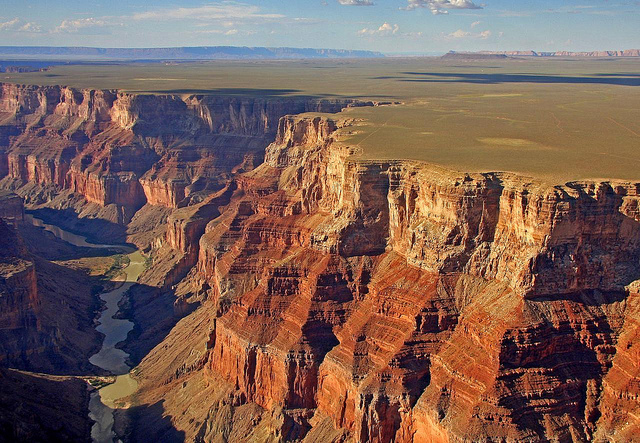 The largest and most populated city in the USA, New York City is often called the “city that never sleeps” because it is constantly buzzing with activity. Located in New York state on one of the world’s largest natural harbors, New York City is made up of five boroughs, which include, Brooklyn, Manhattan, Queens, Staten Island and the Bronx. World renowned for its concentration of skyscrapers and famous attractions, New York City is what many foreigners visualize when they think of the USA and you shoud visit the edge in New York. 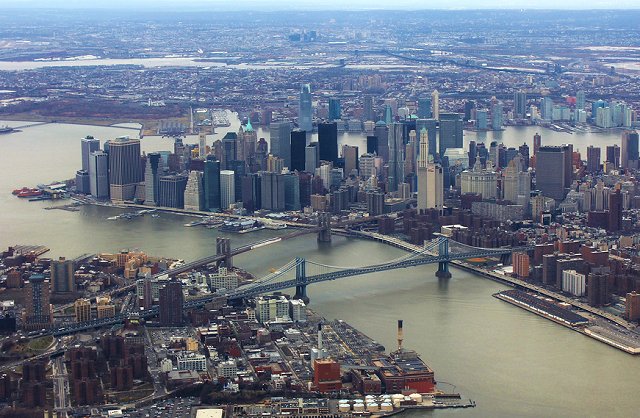 The One & Only, The Palm