by Architect K.A.
Reading Time: 4 mins read
0 0
A A
8
SHARES
46
VIEWS
Share on FacebookShare on TwitterPin to Pinterest

This masterwork residence was built from soaring raw space within the former gymnasium of the original 1905 Beaux Arts Police Headquarters Building in Soho, New York City.

It represents the vision and genius of the world renowned and acclaimed architect, the famed Charles Gwathmey.

This is the only apartment Gwathmey ever designed from the ground up, and required over four years to complete.

According to the architect, the intention was to “physically maintain and visually exploit the volumetric integrity and structural expression of the existing barrel vaulted space, while adding a master bedroom suite and study/library balcony, and integrating an eclectic painting and sculpture collection.”

With tons of contemporary flare, the 6,600 square foot residence consists of 4 bedrooms and 4 bathrooms.

Originally offered at $30 million in May 2008, this unique apartment is now tagged at $14,5 million. 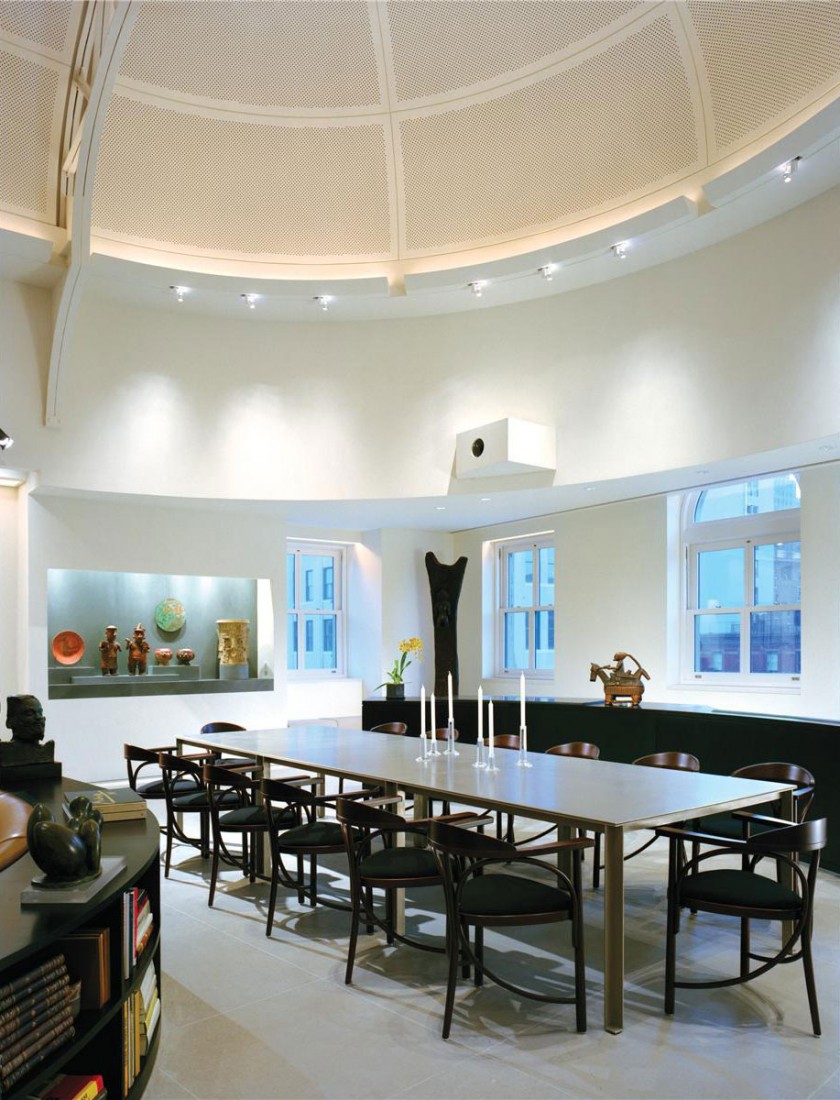 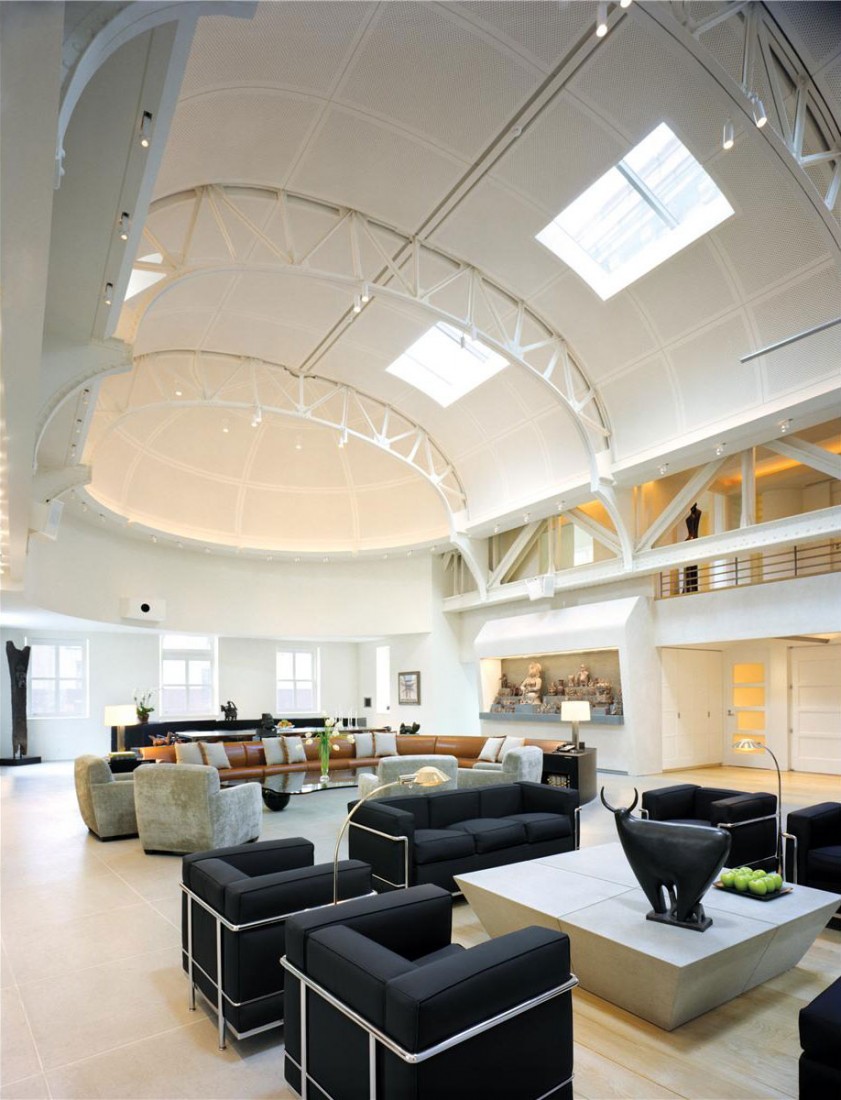 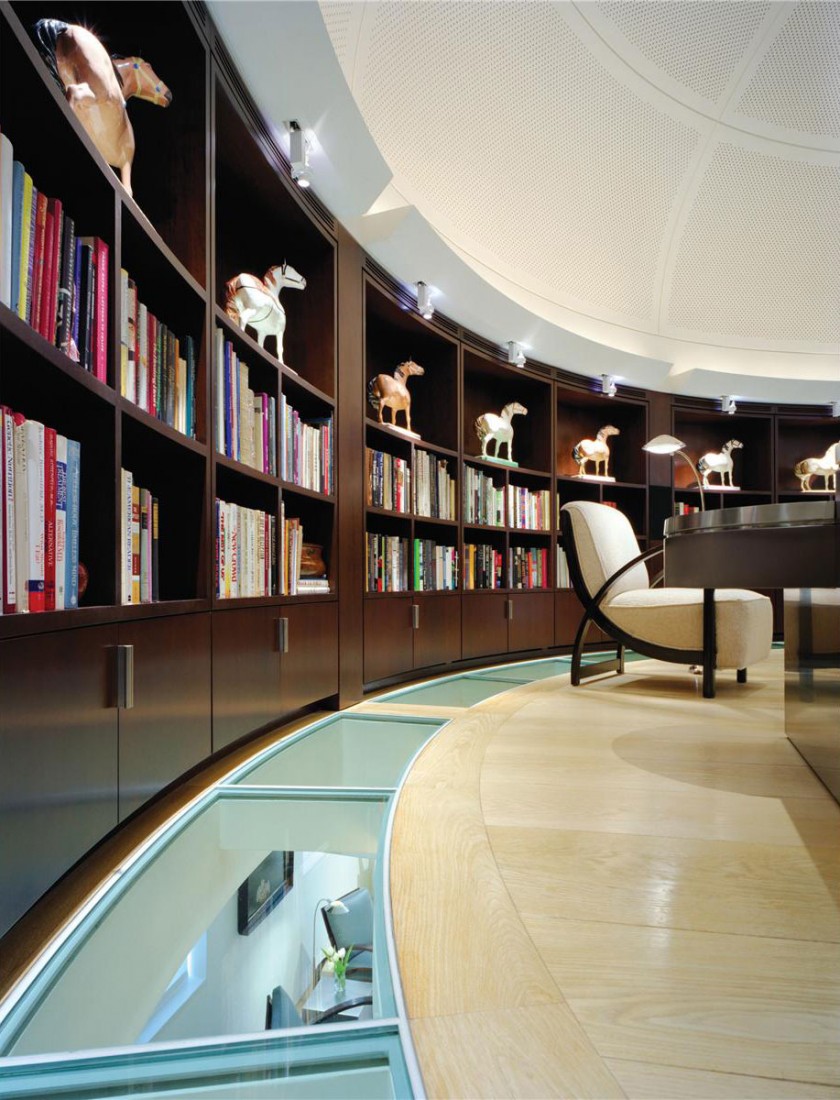 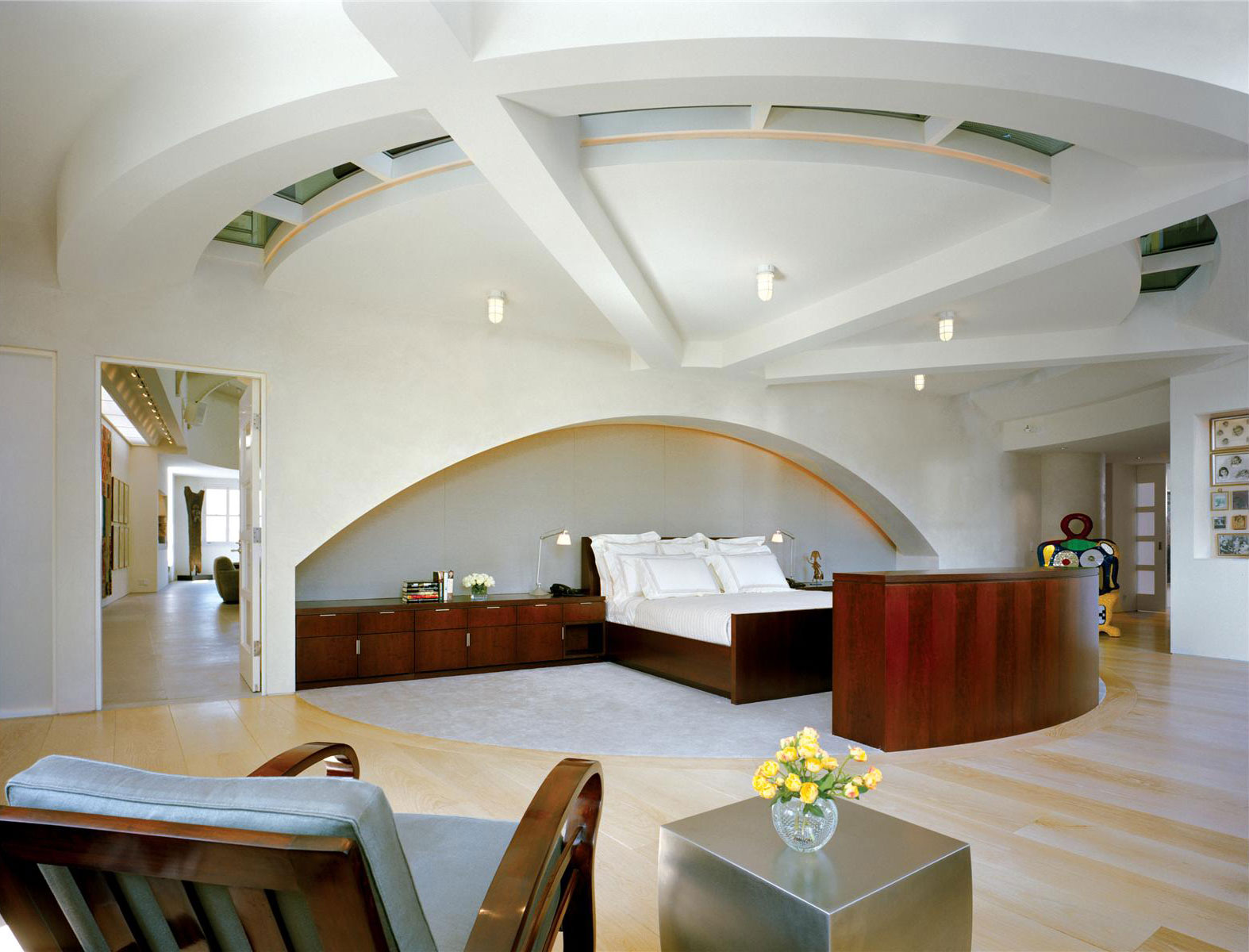 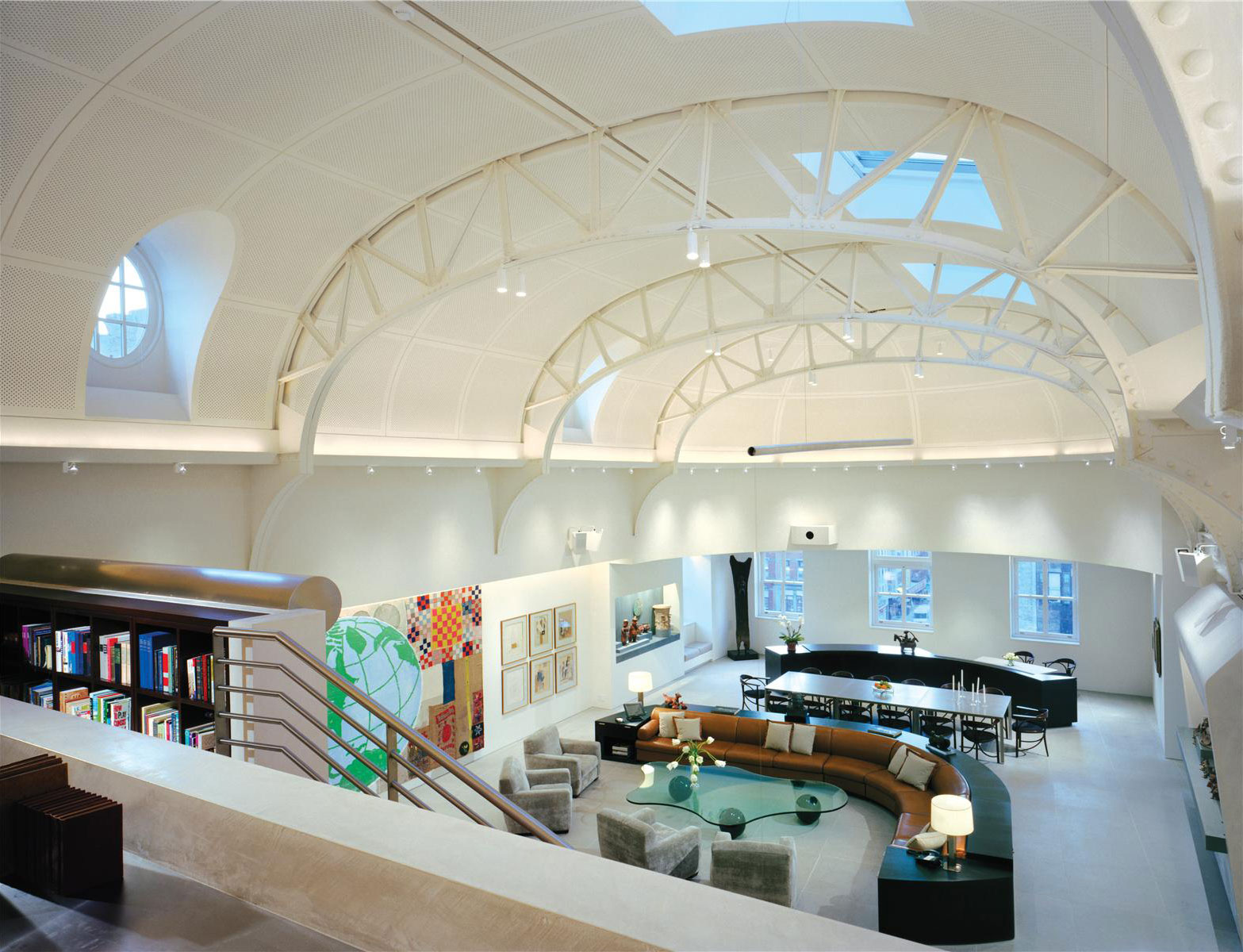 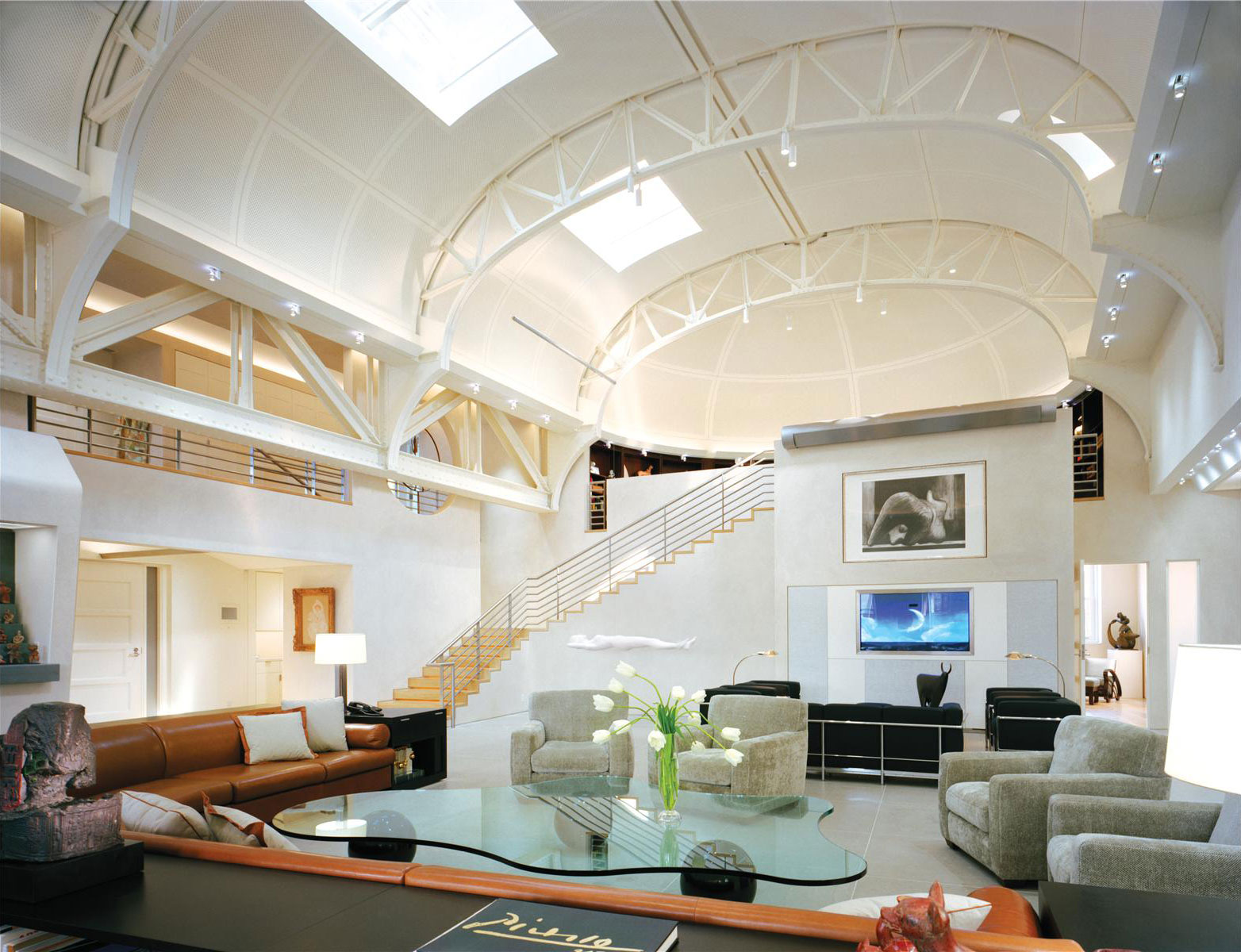 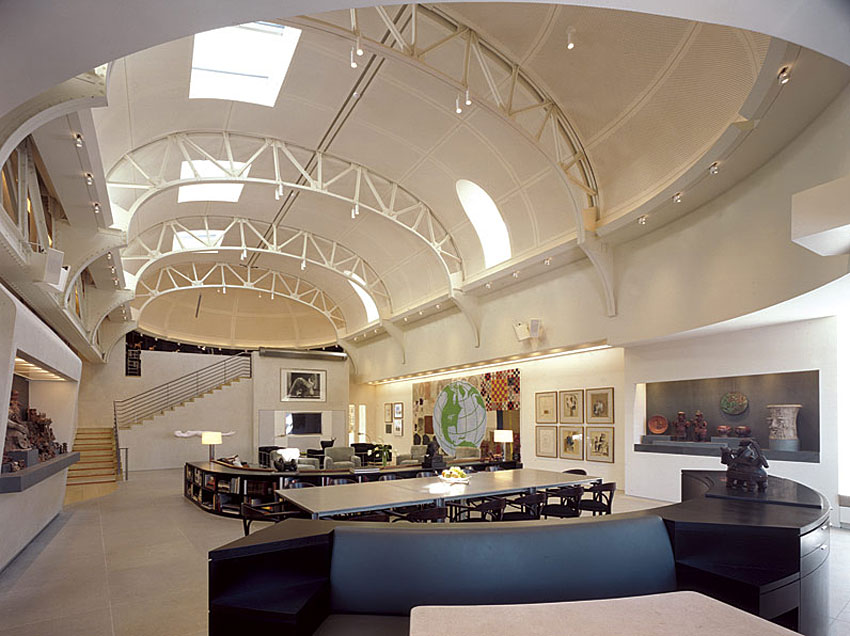 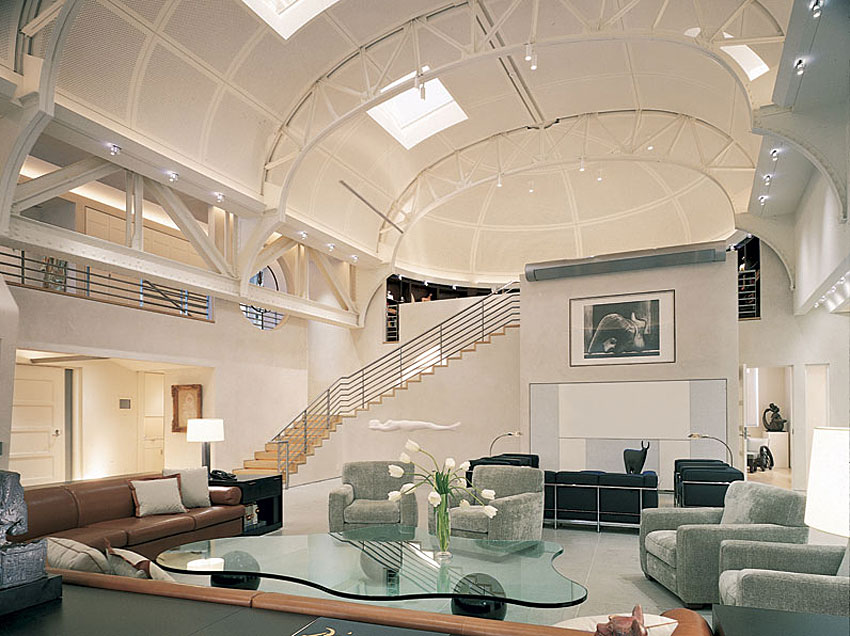 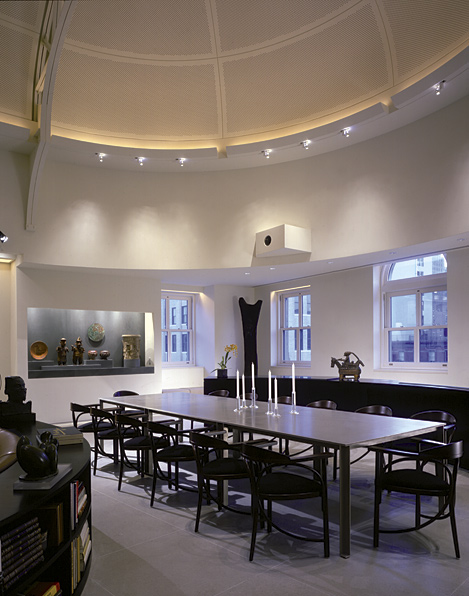 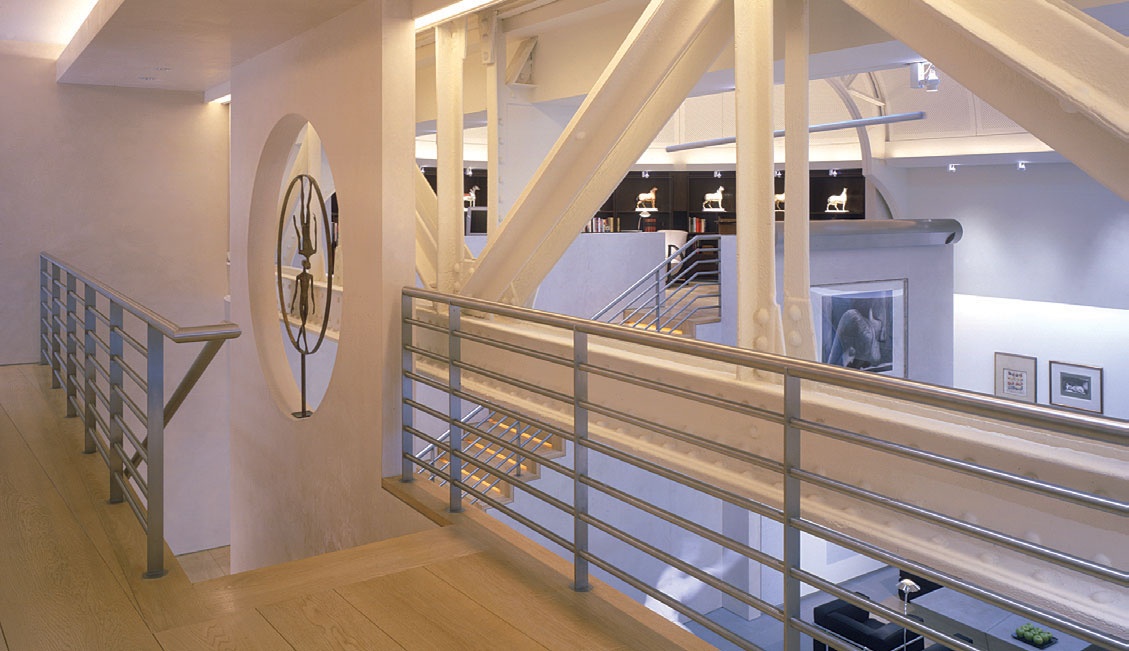 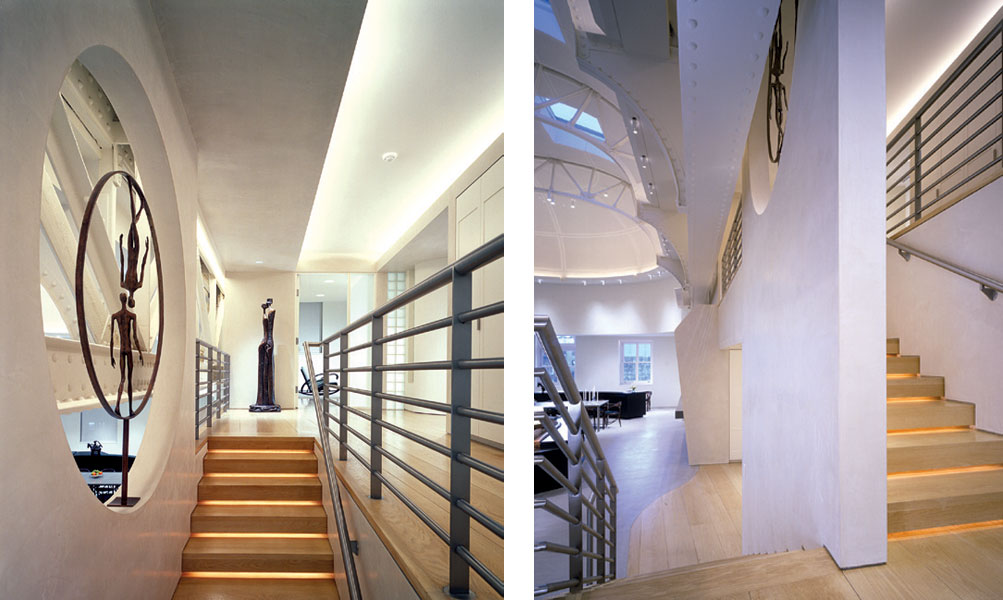 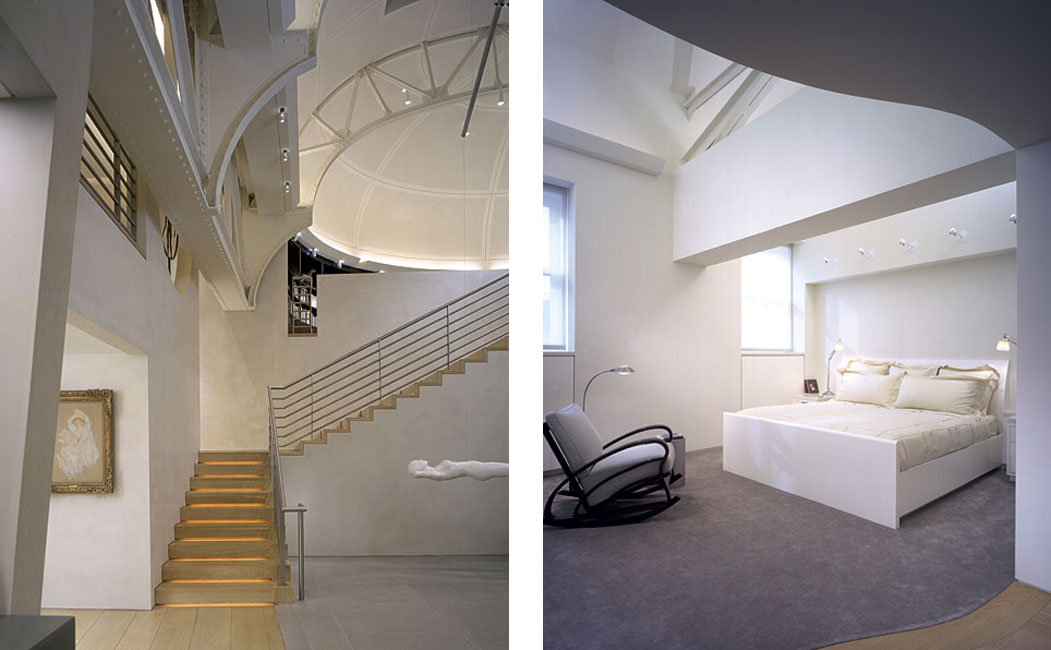 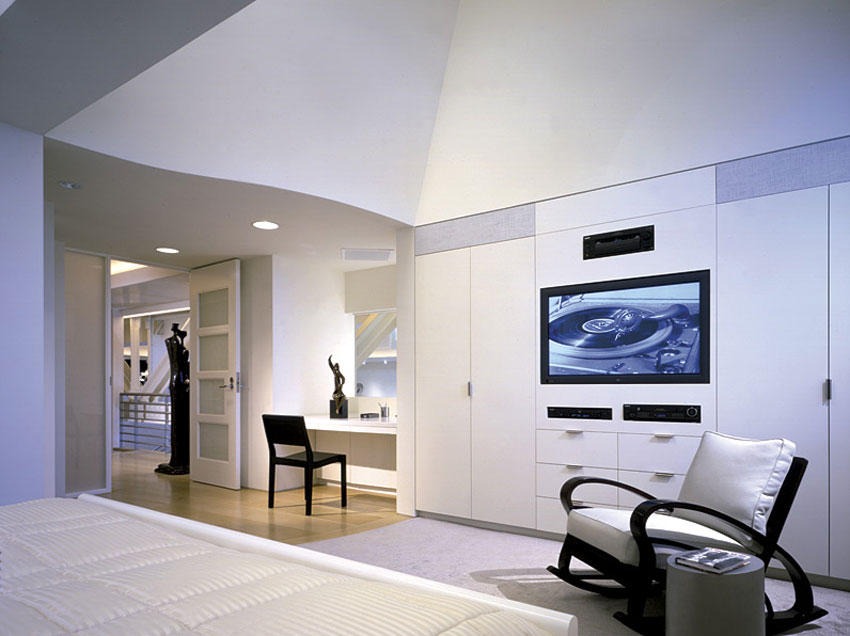 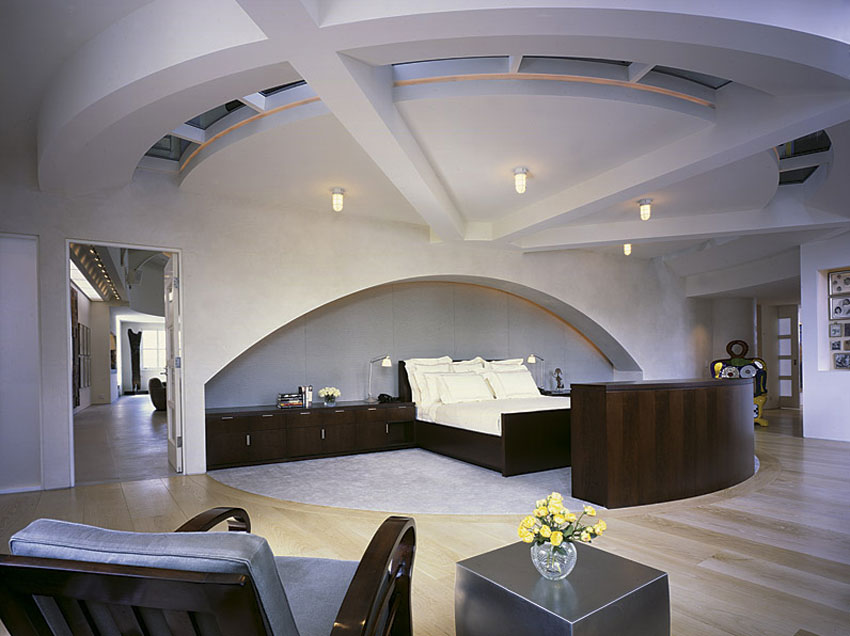 “On May 6, 1905, amid the pomp and ceremony of a police band and mounted troops, mayor George B. McClellan wielded a silver trowel and laid the cornerstone for what was to become one of New York’s enduring landmarks. Hoppin and Koen’s design was majestic indeed. Influenced by London’s Old Bailey Courthouse, it went far beyond its original inspiration to incorporate architectural and artistic elements from Europe’s grandest chateaus and palazzos. With its magnificent façade and soaring interior spaces, this new Police Building was an achievement to rival showplaces as the Frick and Vanderbilt Mansions. 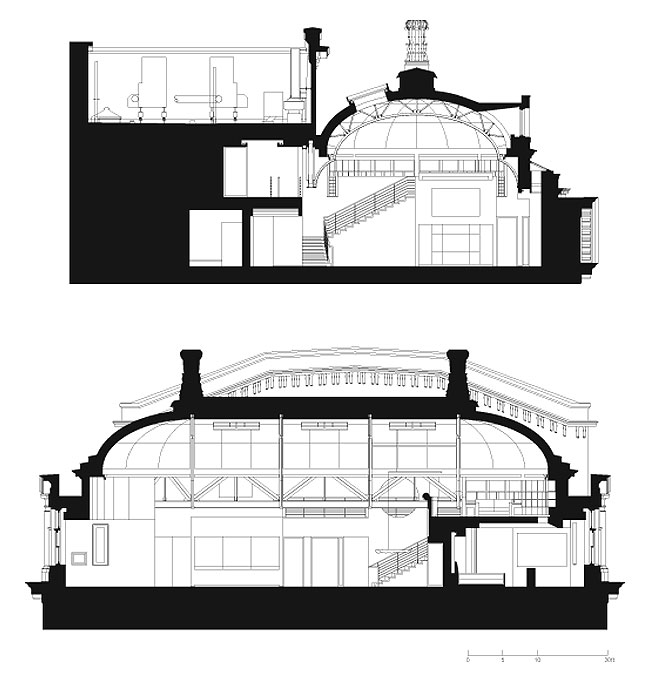 In 1978, the Police Building was designated a New York City Landmark, and in 1980, it was singled out for national significance when it was officially listed in the National Register of Historic Places.  In 1984, the city chose Fourth Jeffersonian Associates to restore the landmark structure and convert it’s grand civic space into a unique private residence.

In 1997 Gwathmey-Siegel & Associates was retained by the current owners of the former gymnasium to create a space unparalleled in size and design that would fit their desire to move from a Park Avenue prewar to a new home in SoHo. 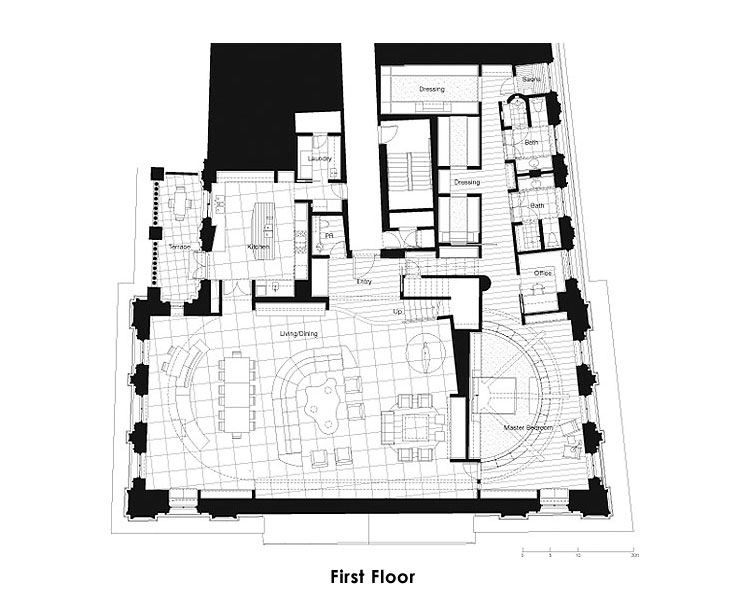 On the main level of the twenty-five foot high, steel trussed volume, is the multi-use living/dining/ entertainment/gallery articulated by custom designed, space defining furniture. At the east end of the space is the master bedroom suite, and study/library balcony accessed by an exposed stair, which rotates at the landing, and runs parallel, behind the existing longitudinal steel truss, to attic guest bedrooms, over the kitchen, master baths and dressing rooms.

The study/library balcony is suspended under the east end of the barrel vault and revealed from the master bedroom below, by a continuous radial skylight in the floor, articulating its separation while maintaining the volumetric extension. 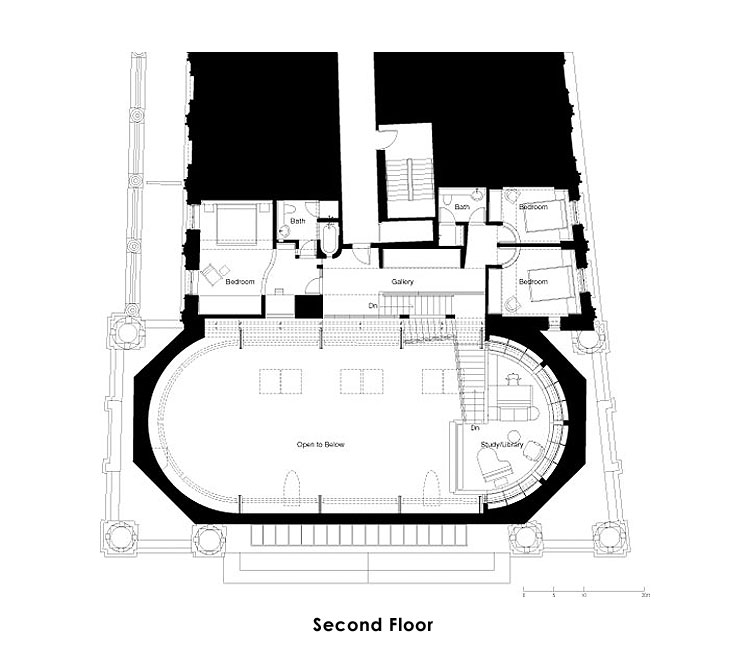 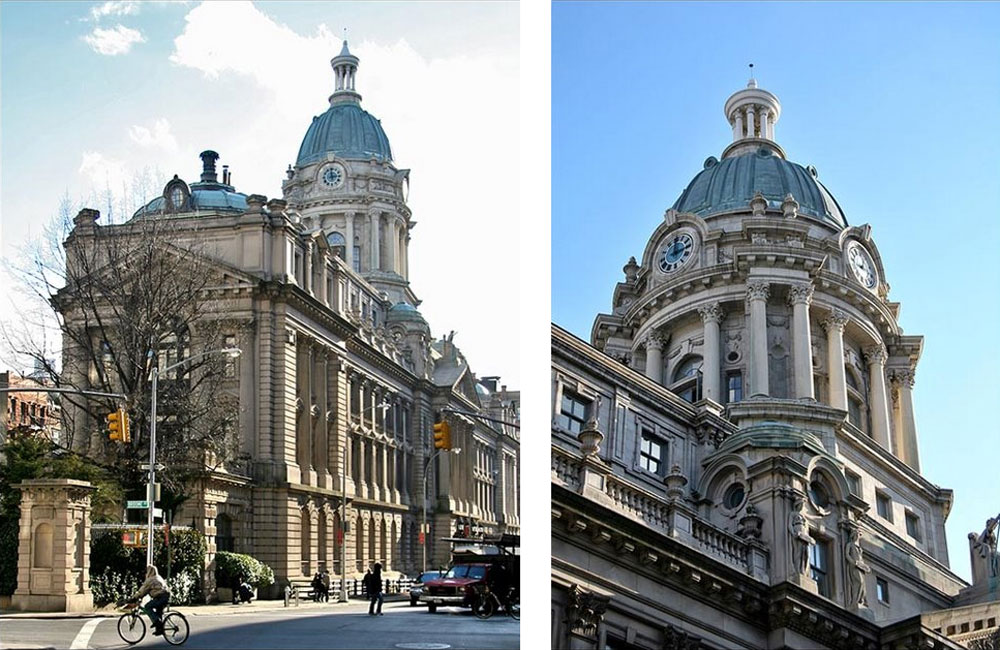 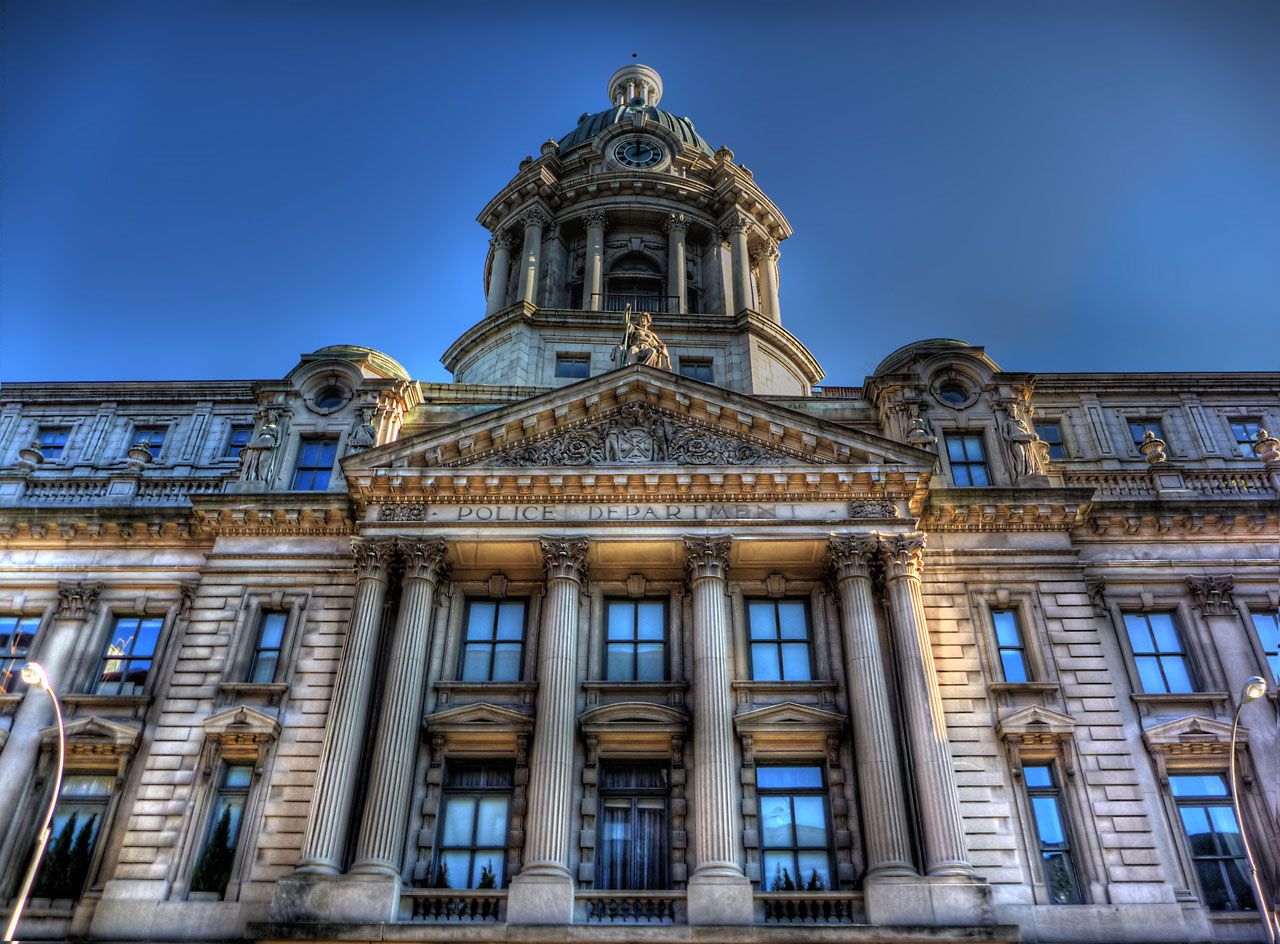 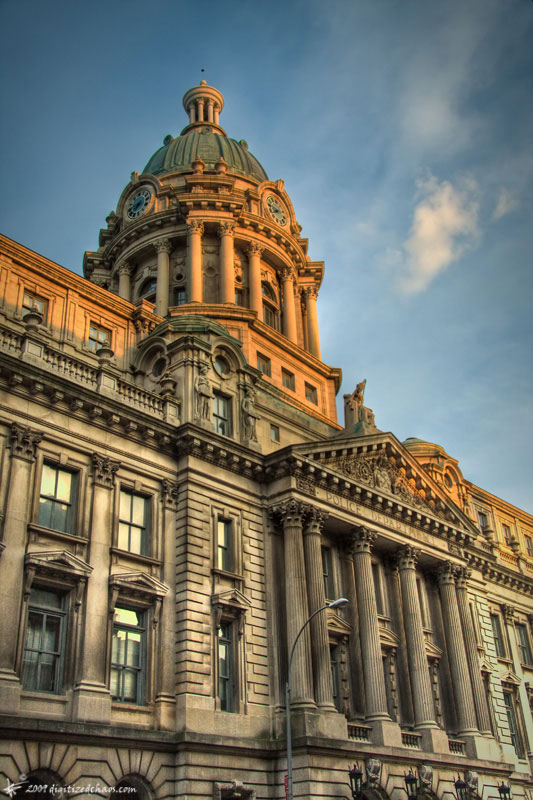 The floor of the balcony defines the bedroom ceiling, floating asymmetrically within the existing orthogonal building frame, articulating its objectiveness and sectional variation.

Three large skylights were inserted into the south side of the barrel vaulted roof, providing natural light into the longitudinal internal façade of the space and revealing the classic building pediment above.”

20+ Best Places To Visit In The USA