by Architect K.A.
Reading Time: 8 mins read
0 0
A A
0
SHARES
110
VIEWS
Share on FacebookShare on TwitterPin to Pinterest

So you’ve probably been to Disneyland or Disney World, or maybe both if you are lucky, right?

BUT Disney doesn’t just have parks in the USA. They’ve also got some magical places in Paris, Tokyo, Hong Kong, and soon, Shanghai. These parks feature some of the same rides as the US parks, but also many unique attractions. AND WE ARE MISSING OUT.

Although it officially opens July 10, guests should be thrilled to take a spin on L’Aventure Totalement Toquée de Rémy, part of the park’s new Ratatouille-themed area (there will also be a restaurant and shops in the area). The ride is trackless, and guests ride in rat-themed vehicles while zooming through scenes from the movie. Bon Appetit! 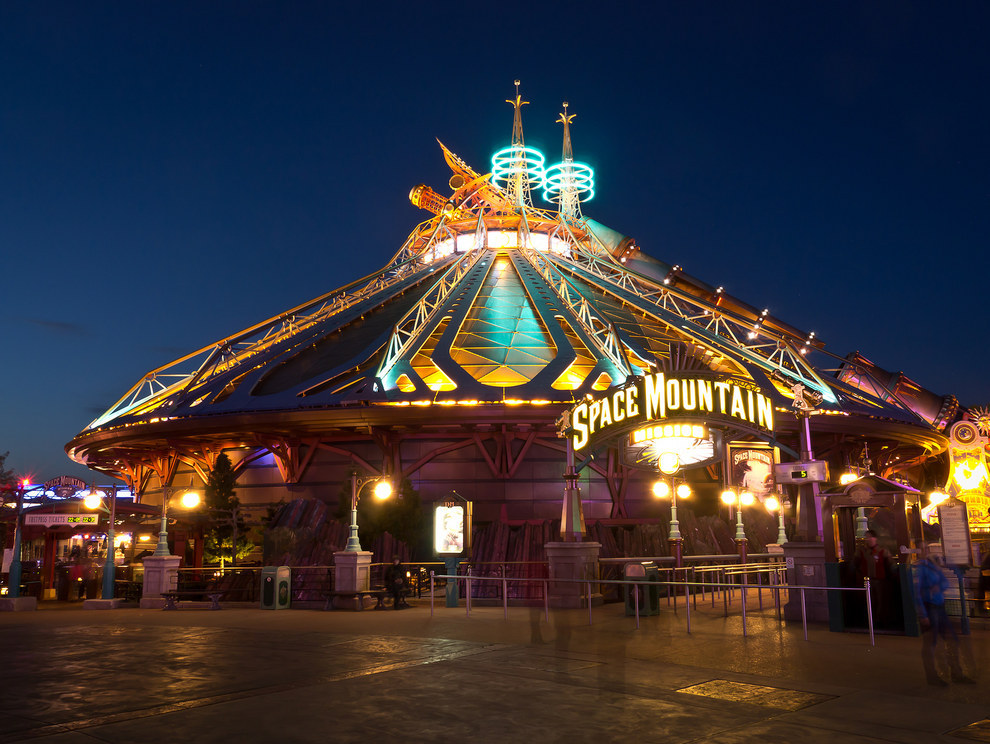 Now I know what you’re thinking: “Hey BuzzFeed, we ALL have been on Space Mountain.” But guess what — Space Mountain: Mission 2 is like the American version’s bigger, badder brother. It’s spacier AND mountainier. What more could you want? Oh, and to boot, it has a Victorian Steampunk theme, features a narrative of a Jules Verne novel, and ~casually~ goes upside-down not once, not twice, but THRICE. Now that is out-of-this-world! 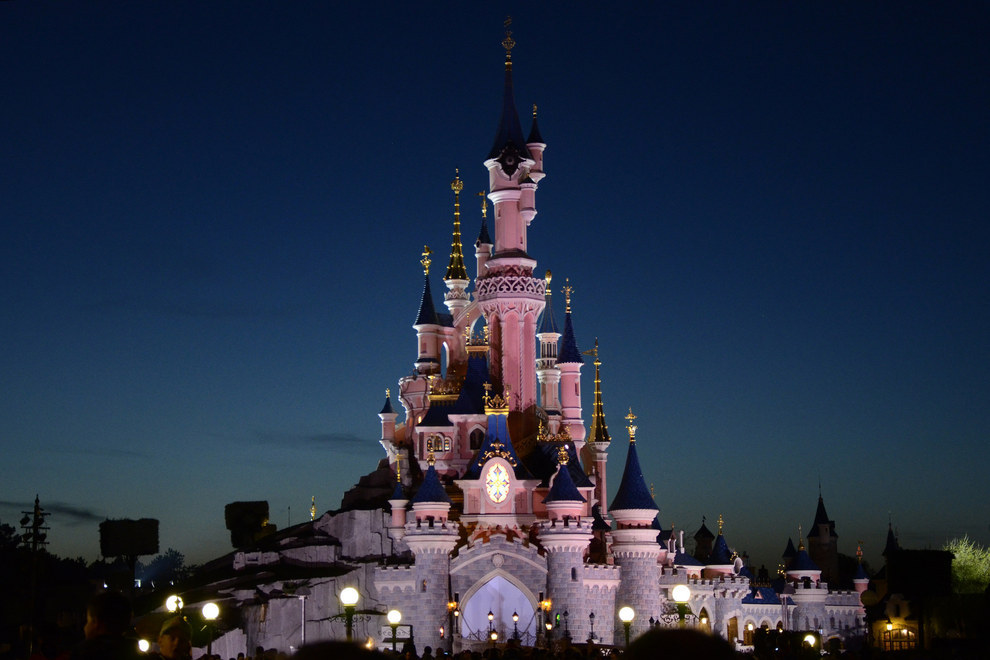 OK, so the “original” Sleeping Beauty’s Castle is located in Disneyland. BUT the French version pulls out all the stops in their own version because duh, you better go big or go home if you are going to build a castle in Europe. First, there is a fire-breathing dragon located in the dungeon (AWESOME). Plus it’s got tapestries, stained glass windows, and figures that retell the story of Sleeping Beauty. Just one question: WHERE IS MALEFICENT???

4. Indiana Jones and the Temple of Peril (Disneyland Paris) 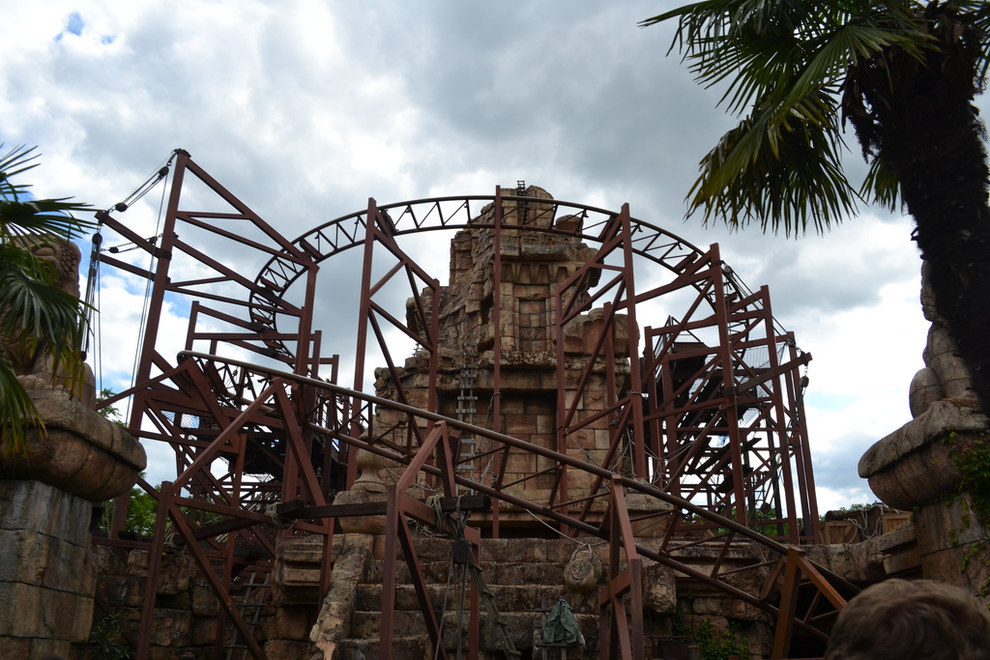 BRB, booking a flight to France to ride this coaster. Recently refurbished — the ride just reopened in May — this Indiana Jones-themed coaster features twists, turns, and loops. Better hold on to your fedoras, because you’re in for a wild ride. 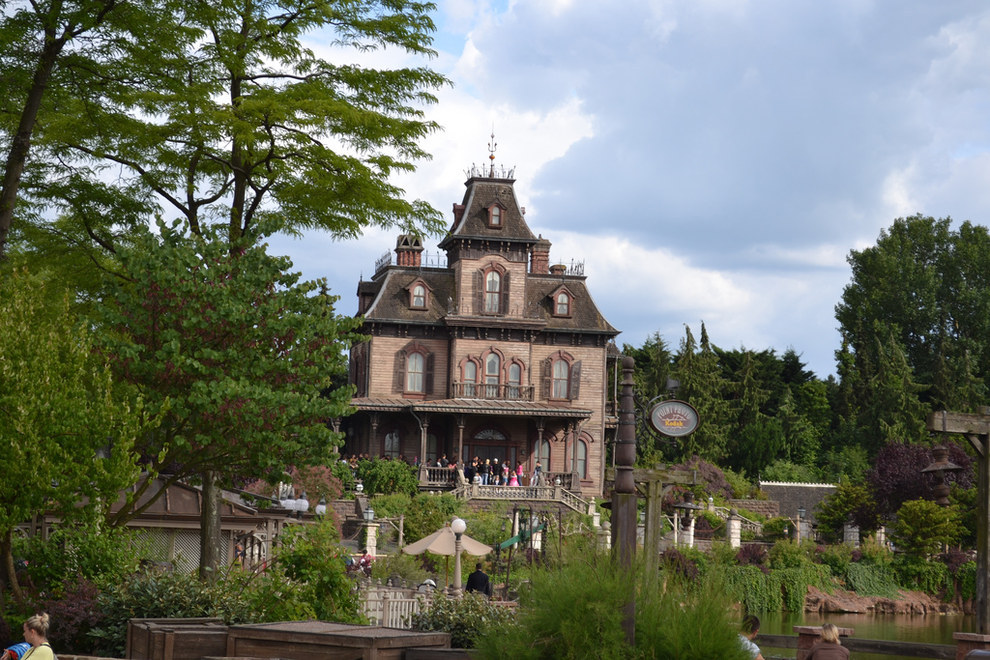 “Oh, this is just a clone of the Haunted Mansion, right?” WRONG. Phantom Manor *is* a sort of counterpart to the ride we know and love here in the States, like the Stretching Room. BUT there is a huge twist — the “story” behind the ride parallels The Phantom of the Opera. Now that sounds spooktacular! 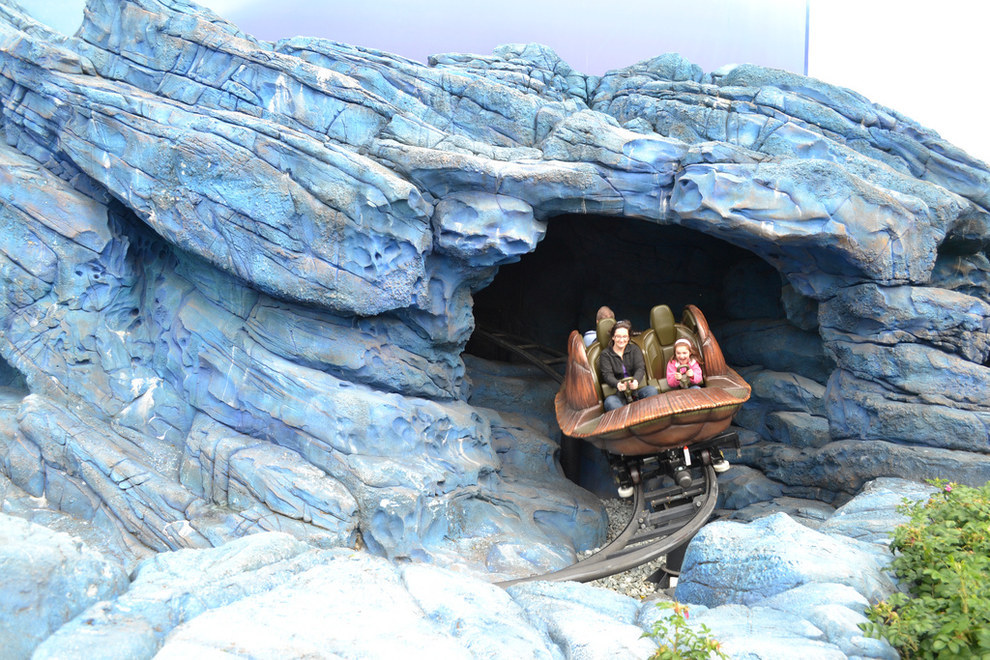 Ugh, why do the French have it all? Better wine, better cheese, and the better Finding Nemo attraction. Buckle up, because the spinning roller coaster is totally radical, DUDE. Righteous! 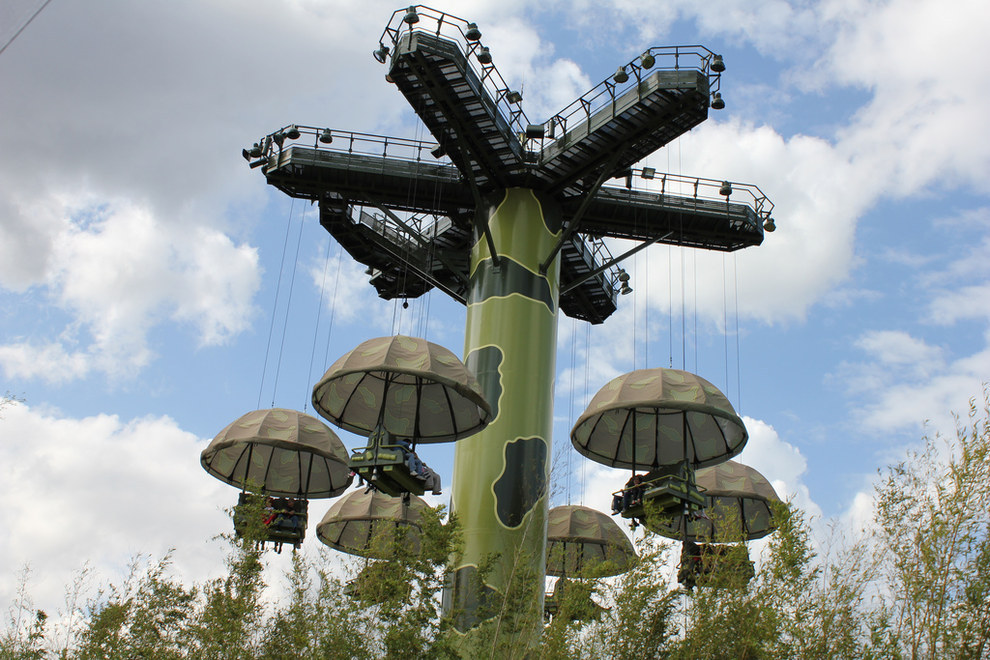 Located in BOTH Walt Disney Studios Park in Paris and Hong Kong Disneyland (and a smaller version will debut in Shanghai Disneyland next year), Toy Story Playland features gigantic versions of your favorite childhood toys. You can get dizzy on the Slinky Dog Zigzag Spin, feel your stomach drop on Toy Soldiers Parachute Drop, and feel your heart race on RC Racer. You’ve got a friend in all three! 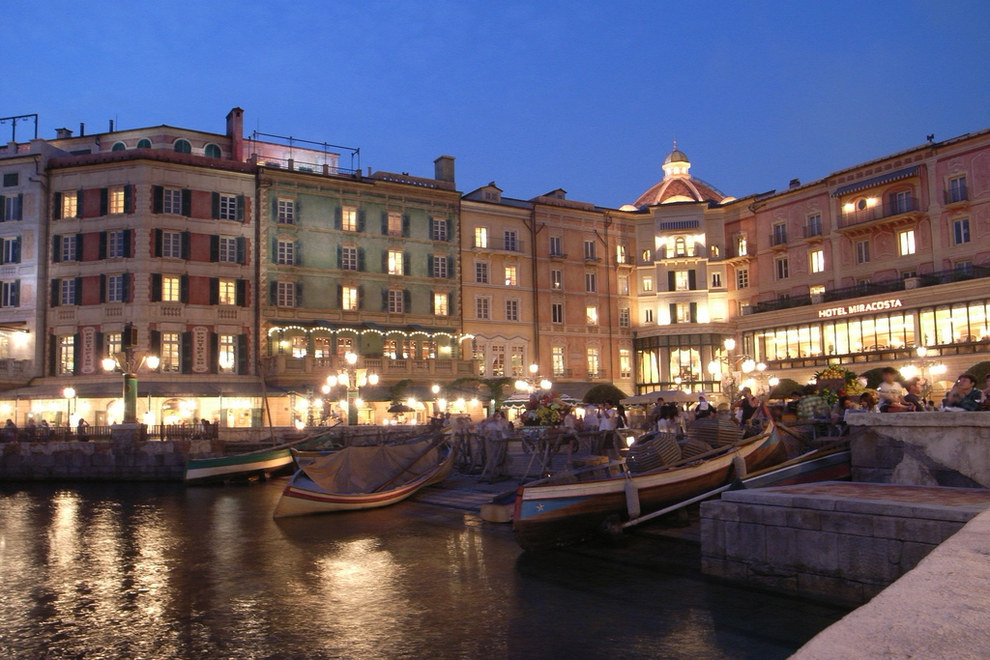 OK, so this isn’t *actually* a ride, but this is a one-of-a-kind Disney experience. The Hotel MiraCosta — aside from having a stunning Venetian theme — is the only hotel in the world located entirely within a Disney park, in this case, Tokyo DisneySea.

9. Journey to the Center of the Earth (Tokyo DisneySea) 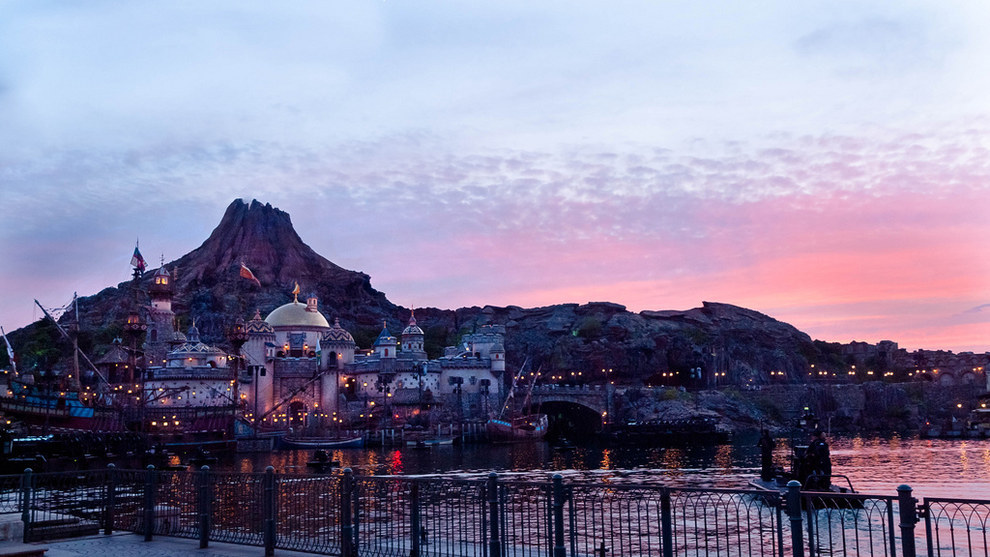 Located in Tokyo DisneySea’s Mysterious Island, Journey to the Center of the Earth is similar to Epcot’s Test Track, and reaches speeds of close to 50 miles per hour. Oh, and you take a deep subterranean ride into a volcano. Sounds like a HOT ride if you ask me! 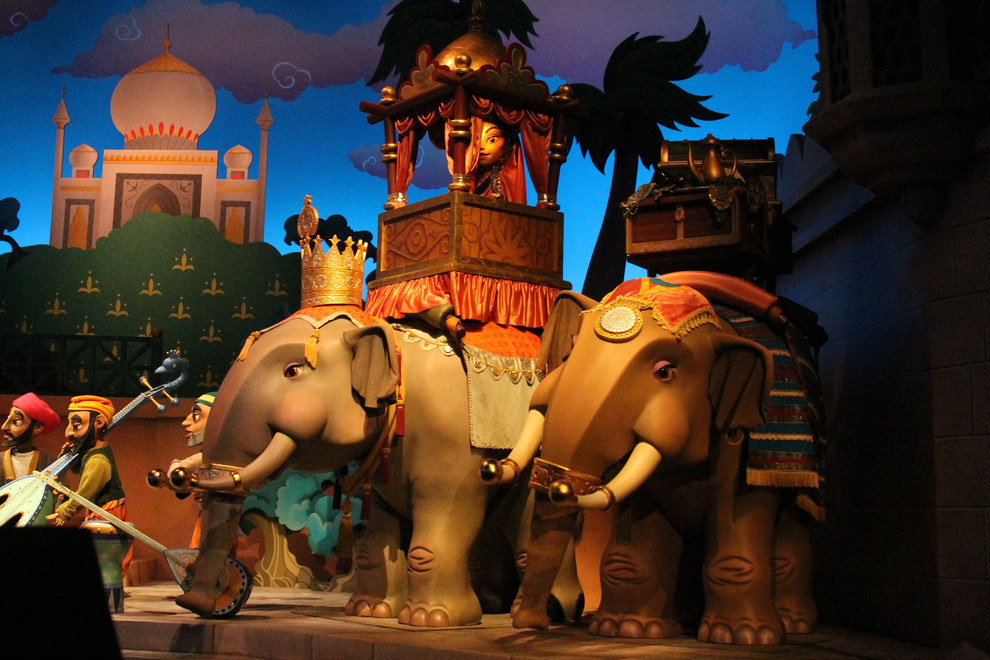 Located in Tokyo DisneySea’s Arabian Coast, Sinbad’s Storybook Village is a relaxing boat voyage that tells the tale of Sinbad and his pet tiger Chandu. It’s pretty similar to It’s a Small World, and even features music by Disney composer Alan Menken, who scoredBeauty and the Beast, Aladdin, and The Little Mermaid. So you’ll have something other than the It’s a Small World theme stuck in your head at the end of the ride! 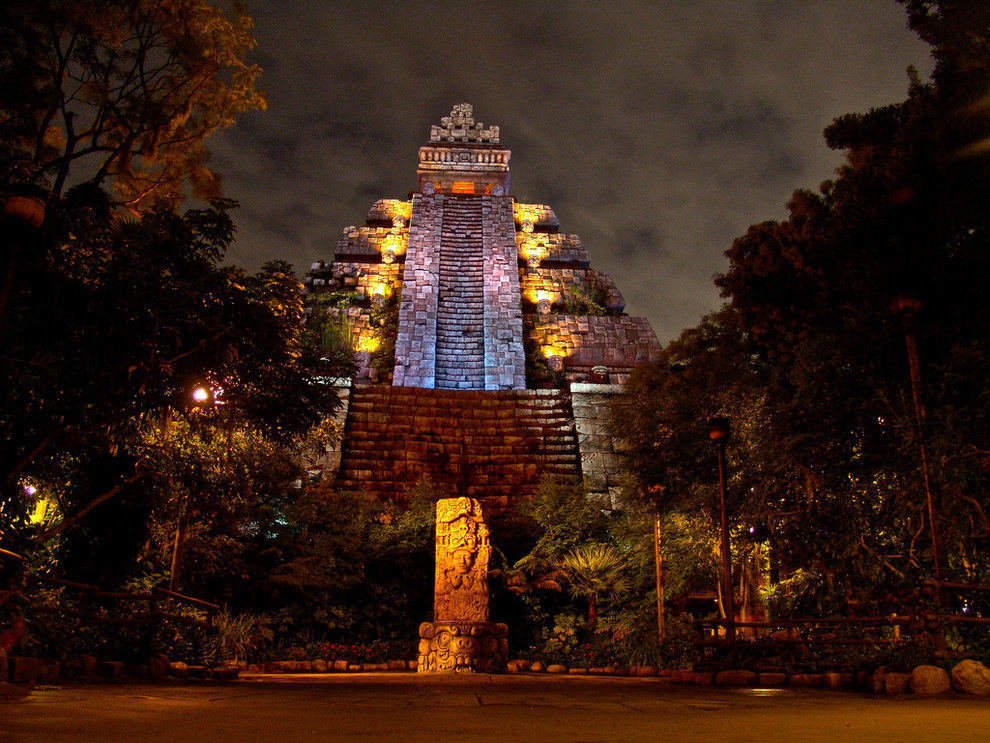 Disneyland features its own Indiana Jones ride, but this version features a different plot. Interestingly enough, the ride is not based off the film Indiana Jones and the Temple of the Crystal Skull and instead features a journey in search of the Fountain of Youth. But, of course, an evil spirit takes vengeance and complications ensue, etc., etc. 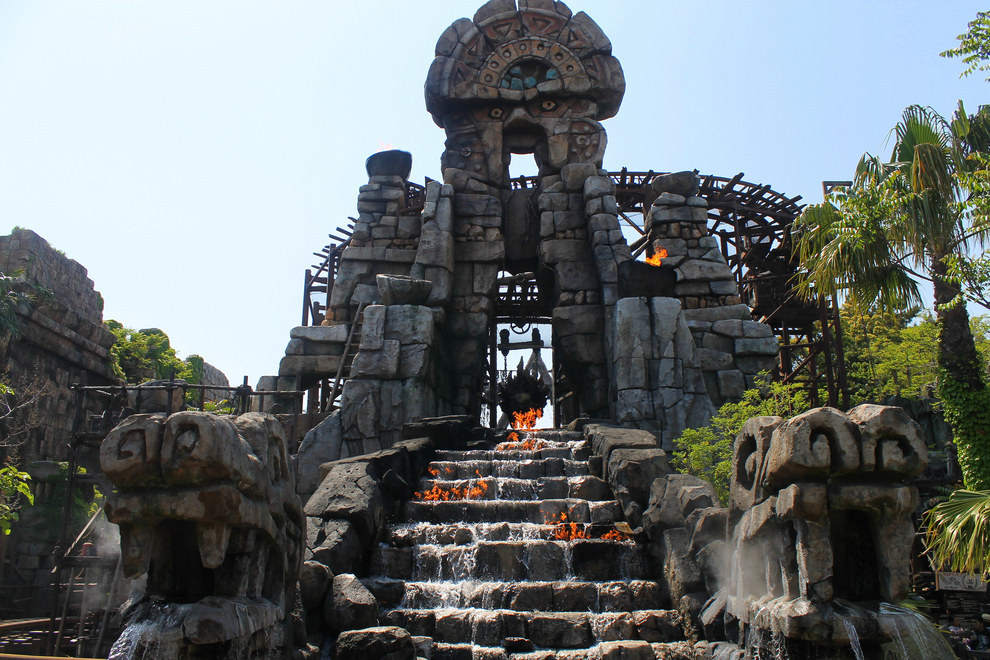 More vengeful deities in Tokyo DisneySea! This time, you’ve got a high-speed roller coaster — that goes upside-down, of course — themed around an excavation site. But, the gods are upset, and supernatural phenomena ensue. Where is Mickey when you need him?!?! 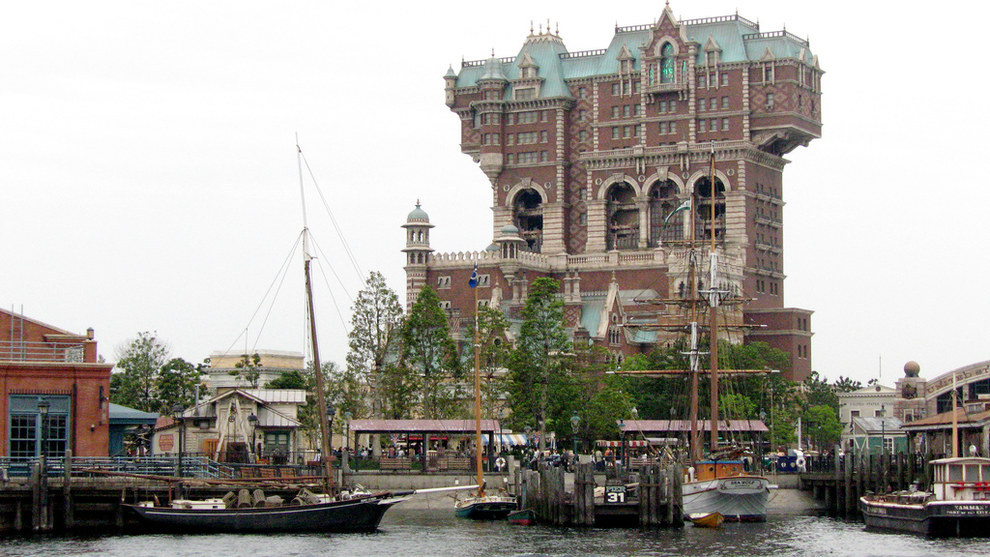 Unlike its US counterpart, Japan’s Tower of Terror is not Twilight Zone-themed. Instead, the hotel is themed as the fictional Hotel Hightower with Moorish Revival architecture. The hotel is cursed by a vengeful spirit (seriously, the vengeful spirits need to get in line at Tokyo DisneySea) and yet somehow, guests are allowed to take tours of the haunted hotel. Sounds like a great business model! Be sure to DROP on by! 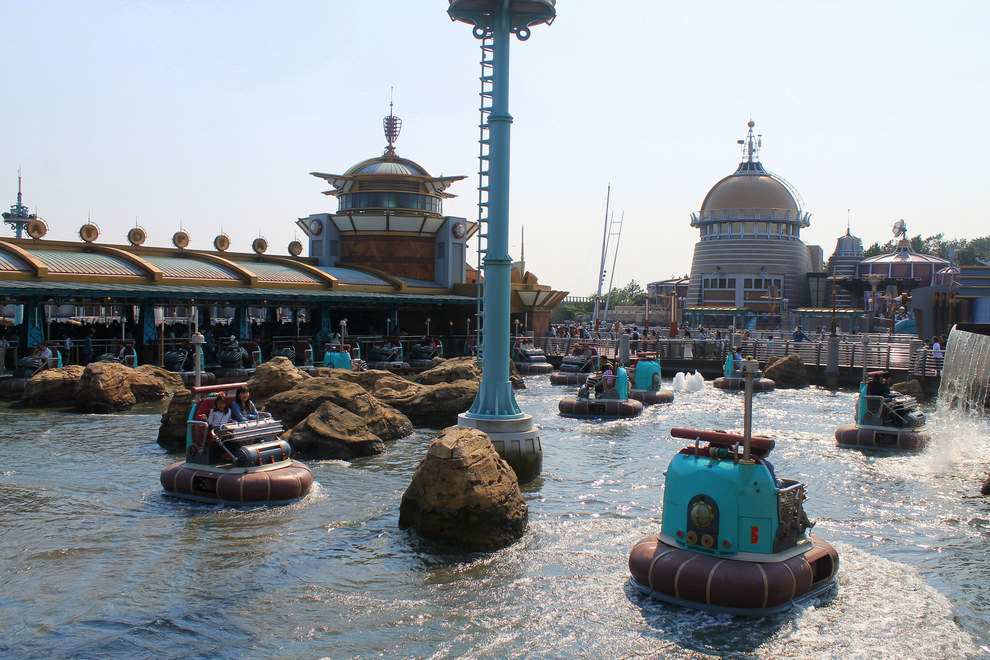 Your eyes do not deceive you, those are ACTUAL cars driving on water! Set in the steampunk-themed Port Discovery, riders enjoy a spin on “experimental watercraft” vehicles — whatever that means — while trying to avoid whirlpools, spouting water, and rock formations. Sounds like with this ride the wetter, the better! 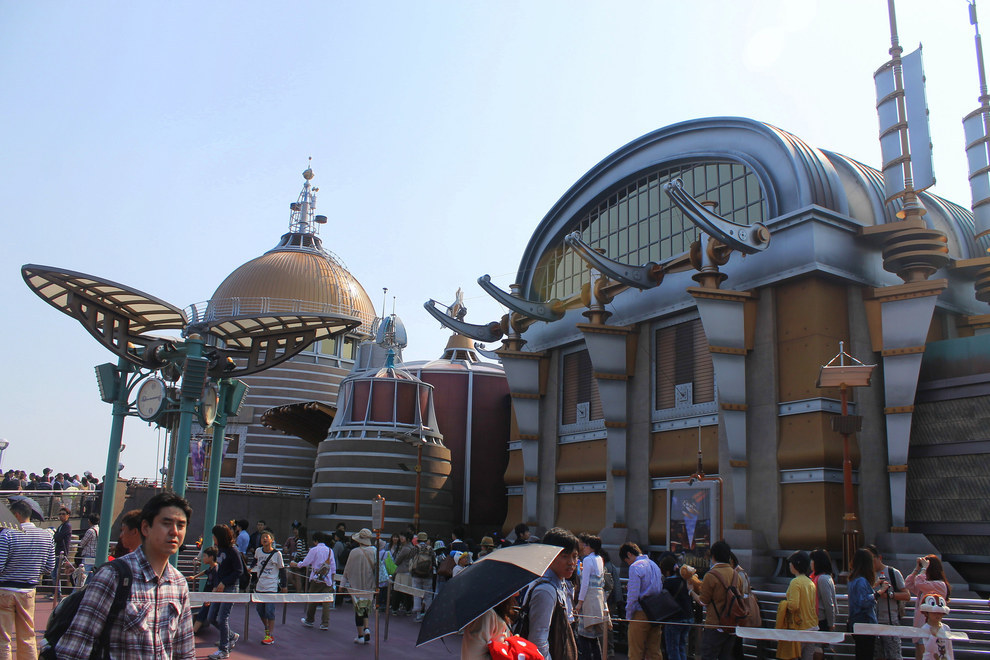 Another fun attraction set in Port Discovery, Stormrider is a motion-simulator in the vein of the popular Star Tours attractions. But, instead of a Star Wars theme, riders are in charge of a “Storm-Diffusion Device” and are tasked with shutting down a major weather system. Sounds like things could get a bit STORMY. 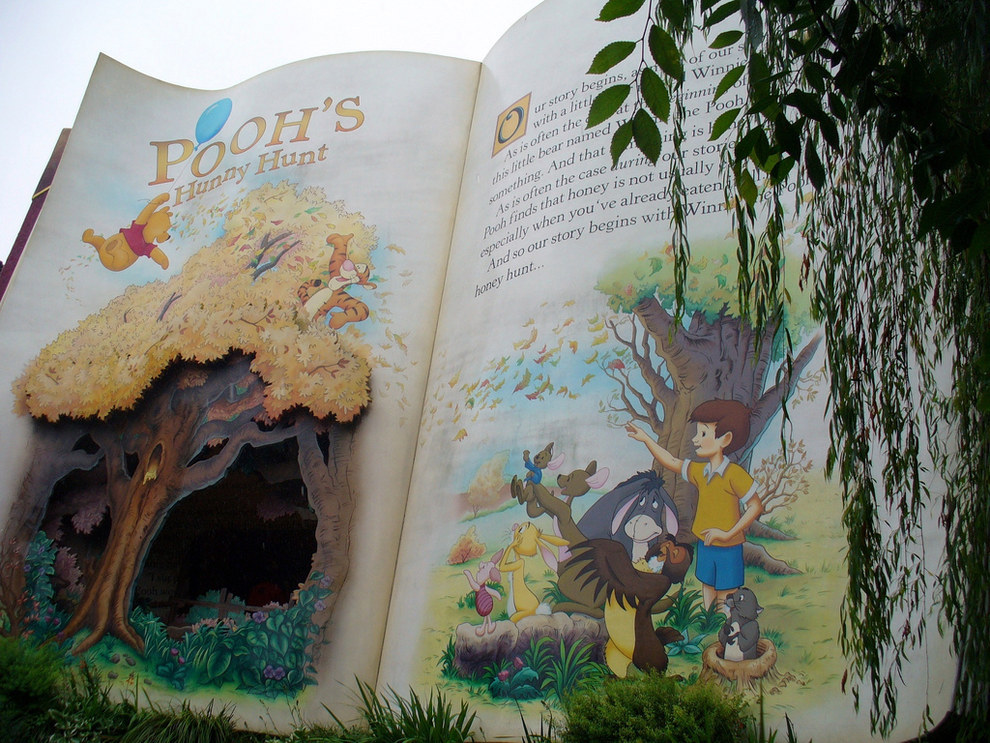 What is it with Pooh and his darned obsession with the sweet stuff? Naturally, Pooh and his merry band of friends are on the hunt for more hunny (if you hadn’t gathered as much) and you’re along for the “sticky, sweet adventure.” What is really cool about this ride is it has a mind of its own, and doesn’t run on a track! This ride sounds SWEET. 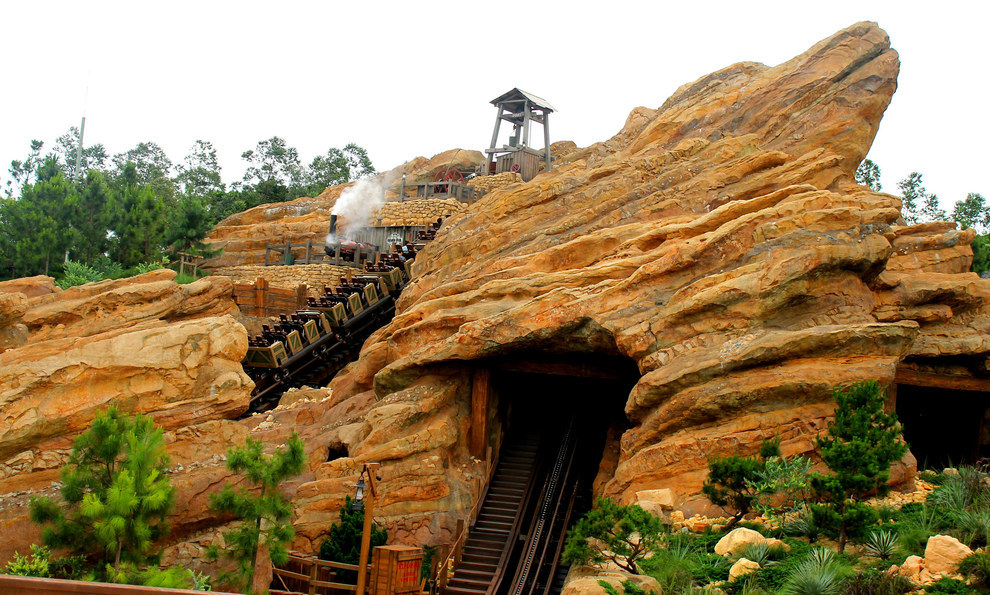 Located in Grizzly Gulch — an area exclusive to Hong Kong Disneyland — the Big Grizzly Mountain Runaway Mine Cars are sort of like a cross between Big Thunder Mountain Railroad, Expedition Everest in Animal Kingdom, and Grizzly Peak in California Adventure. The ride features a backwards segment, a launch sequence, and — gulp! — animatronic bears. ROAR! 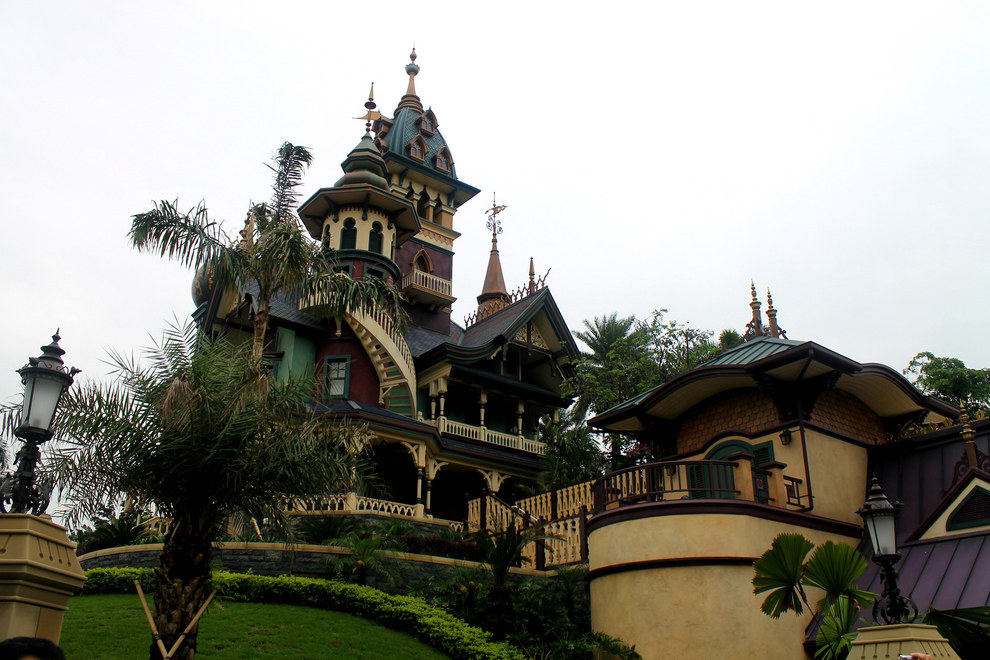 Yup, we’ve got another international (and still scary!) version of the Haunted Mansion, this time located in Hong Kong Disneyland. Located in the Mystic Point section of the park (unique to Hong Kong) the ride tells the tale of Lord Henry Mystic and his mischievous pet monkey. Guests board trackless vehicles (yup, just like Pooh’s Hunny Hunt) to tour the mansion and Henry’s collection of artifacts, before mayhem naturally ensues. Bonus: The attraction features a score from legendary composer Danny Elfman and is thematically connected to Tokyo DisneySea’s Tower of Terror!

32 Awesome Things To Do In Bali

32 Awesome Things To Do In Bali