16 Wacky Houses From Around The Globe

by Architect K.A.
Reading Time: 5 mins read
0 0
A A
1
SHARES
82
VIEWS
Share on FacebookShare on TwitterPin to Pinterest

“Home” can mean a wide array of things. Far more than four walls and a roof, home is a sanctuary and a shelter. No two are the same.

And some are more unique than others.

From domes to caves, treehouses to igloos, people across the globe live in unconventional dwellings.

Here are some of the strangest. 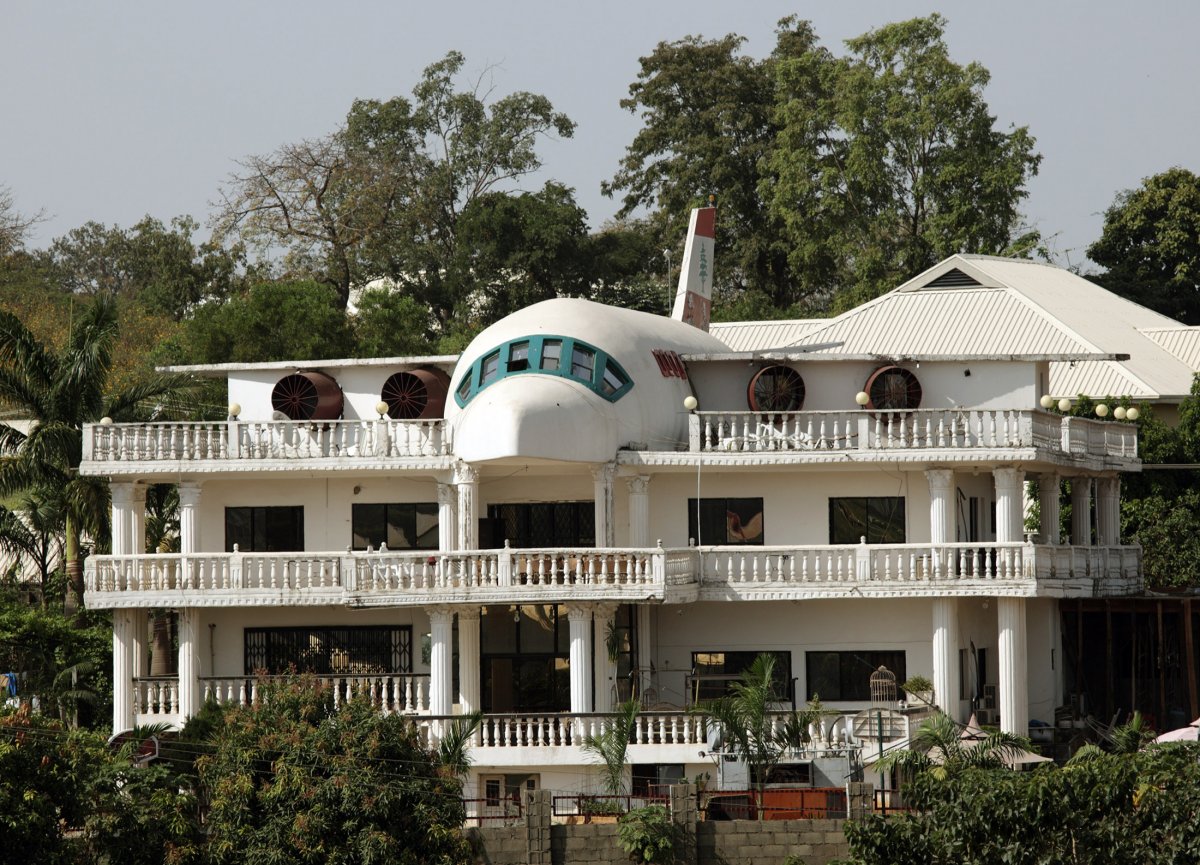 This house in Abuja, Nigeria, is partially built in the shape of an airplane. The house was built by Said Jammal for his wife, Liza, to commemorate her love for travel. 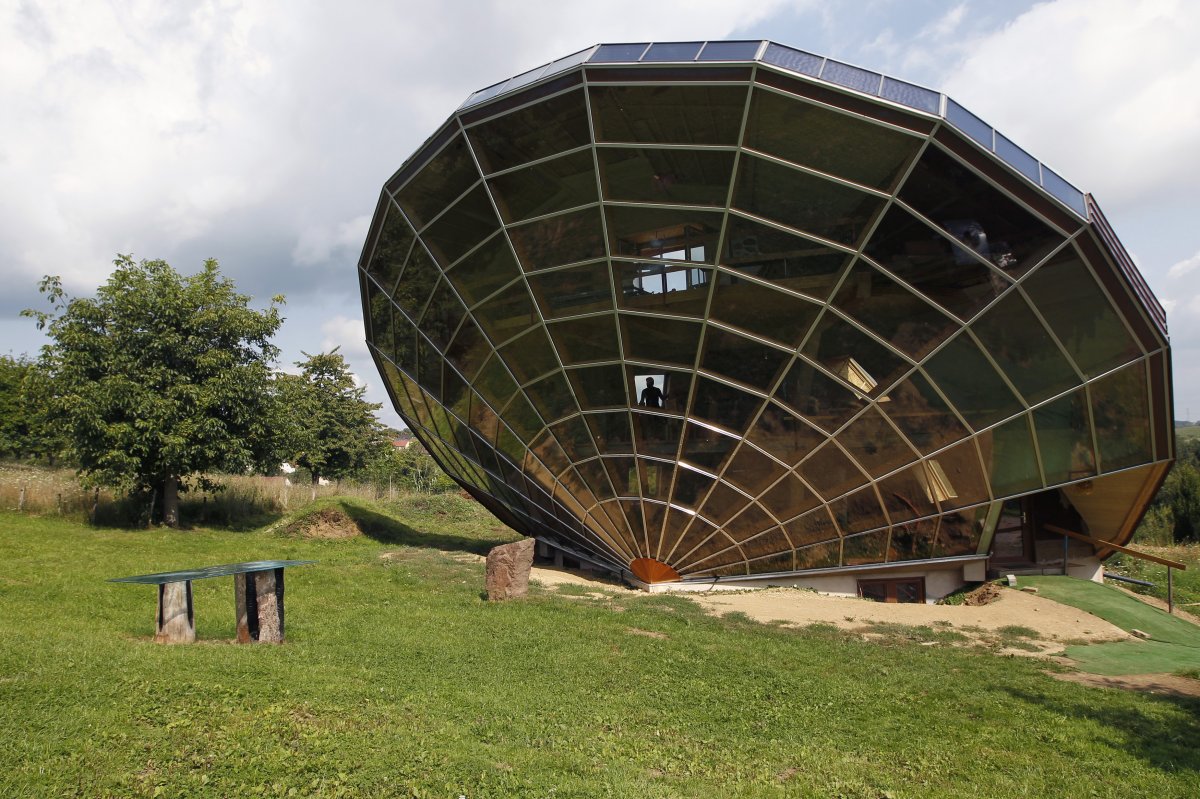 The Heliodome, a bio-climatic solar house near Strasbourg, Eastern France, is designed as a giant three-dimensional sundial, set on a fixed angle in relationship to the sun’s movements. It is built to provide shade during the summer months, keeping the inside temperature cool. During Fall, Winter and Spring, sunlight enters the large windows as the sun’s position is lower in the sky, thus warming the living space. 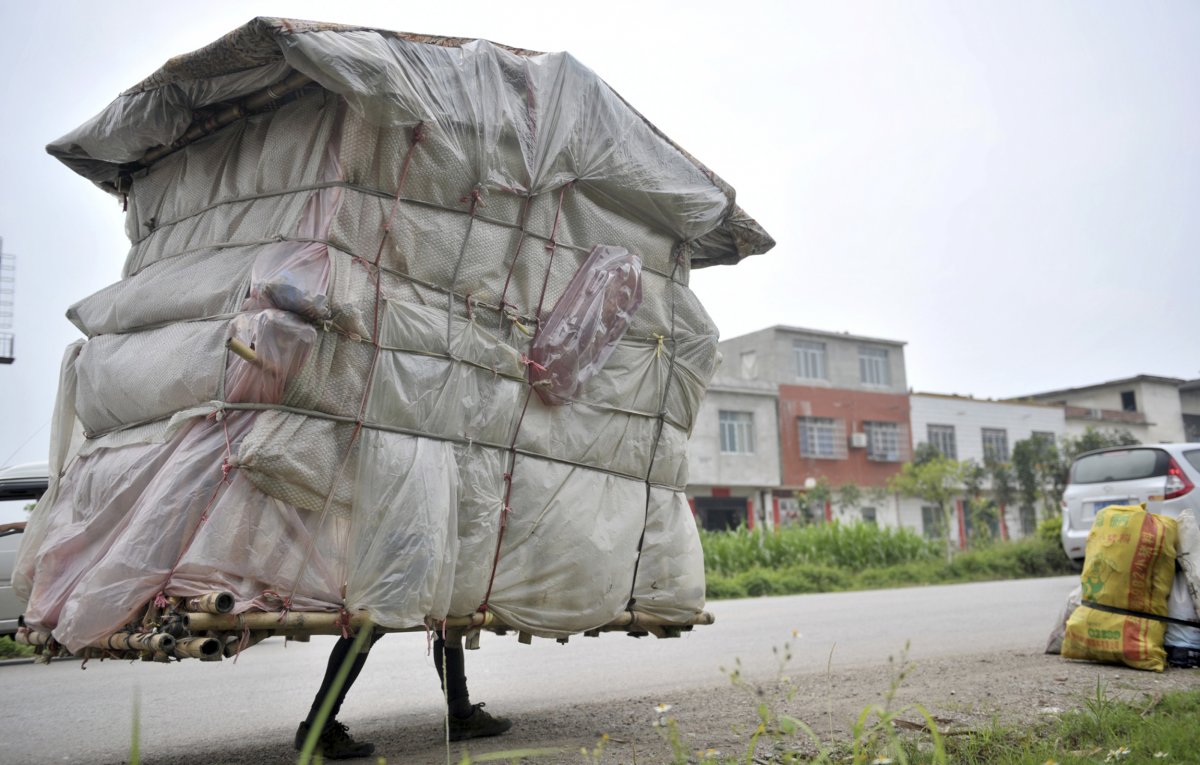 Liu Lingchao, 38, carries his makeshift dwelling as he walks along a road in Liuzhou, China in 2013. Five years ago, Liu decided to walk back to his hometown Rongan county in Guangxi from Shenzhen, some 462 miles away, where he once worked as a migrant worker. With bamboo, plastic bags and bed sheets, Liu made himself a five feet wide, six and a half feet high “portable room,” weighing about 132 lb, to carry with him as he walked more than 12 miles a day. 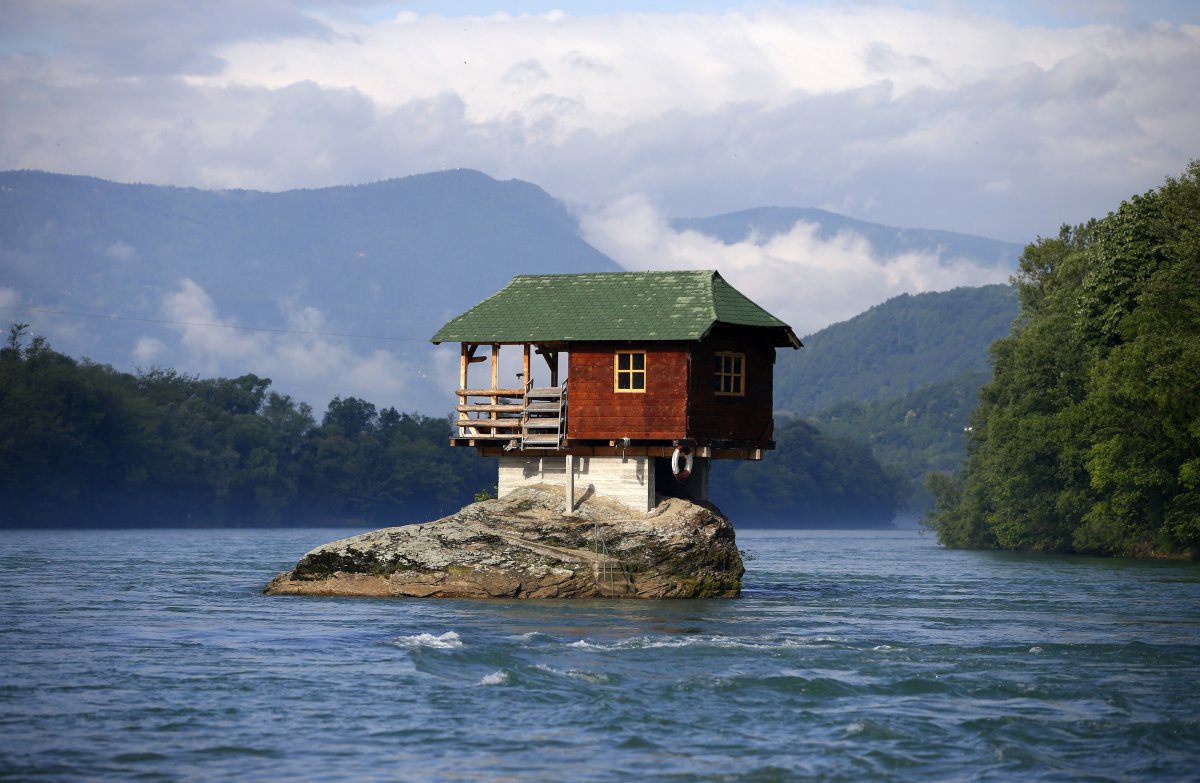 This house is built on a rock on the river Drina, near the western Serbian town of Bajina Basta. It was built in 1968 by a group of young men who decided that the rock on the river was an ideal place for a tiny shelter, according to the house’s co-owner, who was among those involved in its construction. 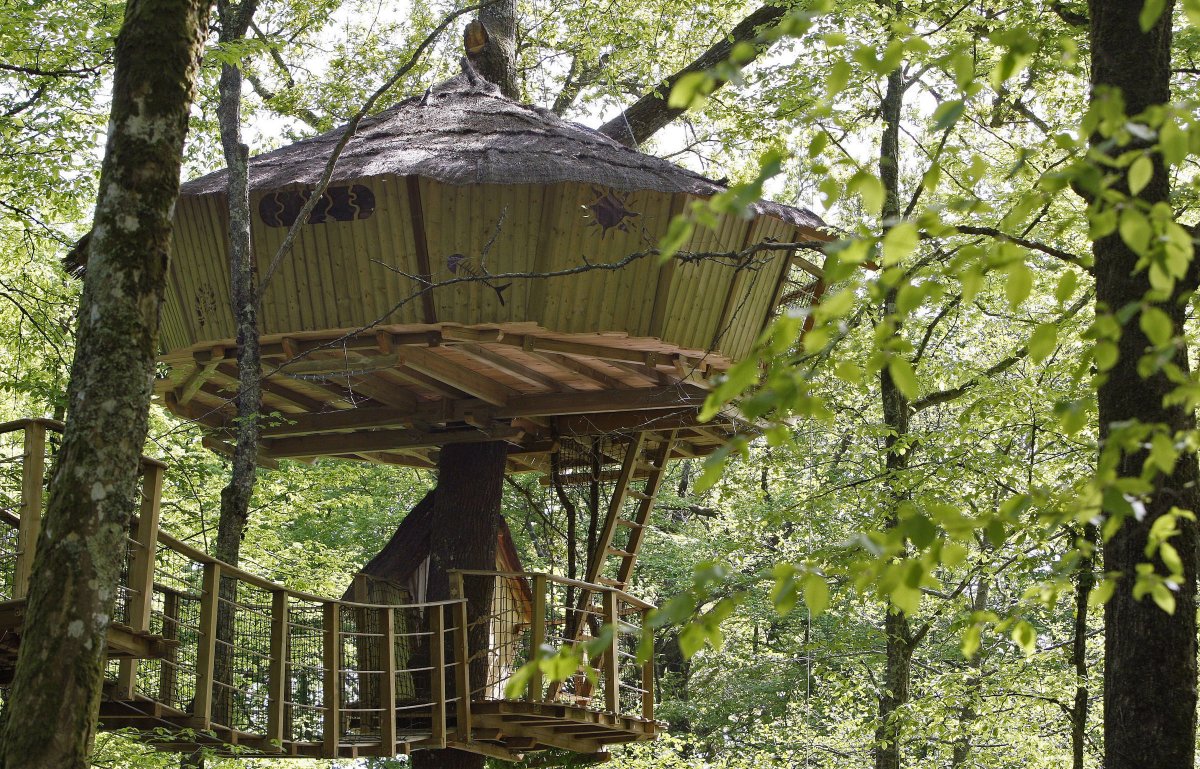 Along with various other cabins perched in the trees, this round treehouse in Le Pian Medoc in southwestern France is rented by France’s Natura Cabana company for ecological holidays. 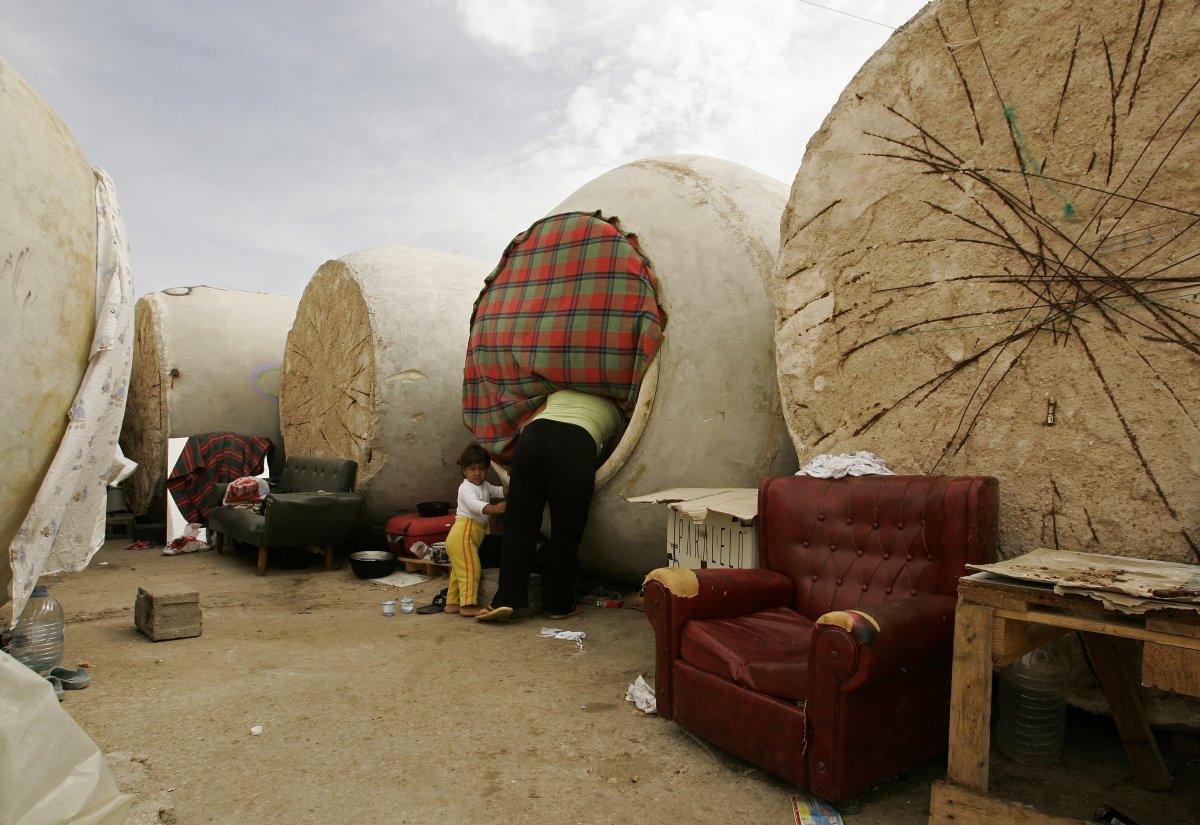 The homes in Socuellamos, central Spain, are all made from old wine vats. About 40 people, mostly ethnic Turks from Bulgaria who came to the vineyards of Socuellamos to pick grapes during the six-week annual harvest, live in this makeshift camp. At night, they sleep in 20 or so overturned wine vats, car-sized concrete barrels that were once discarded before finding a second life as shelter for the workers. 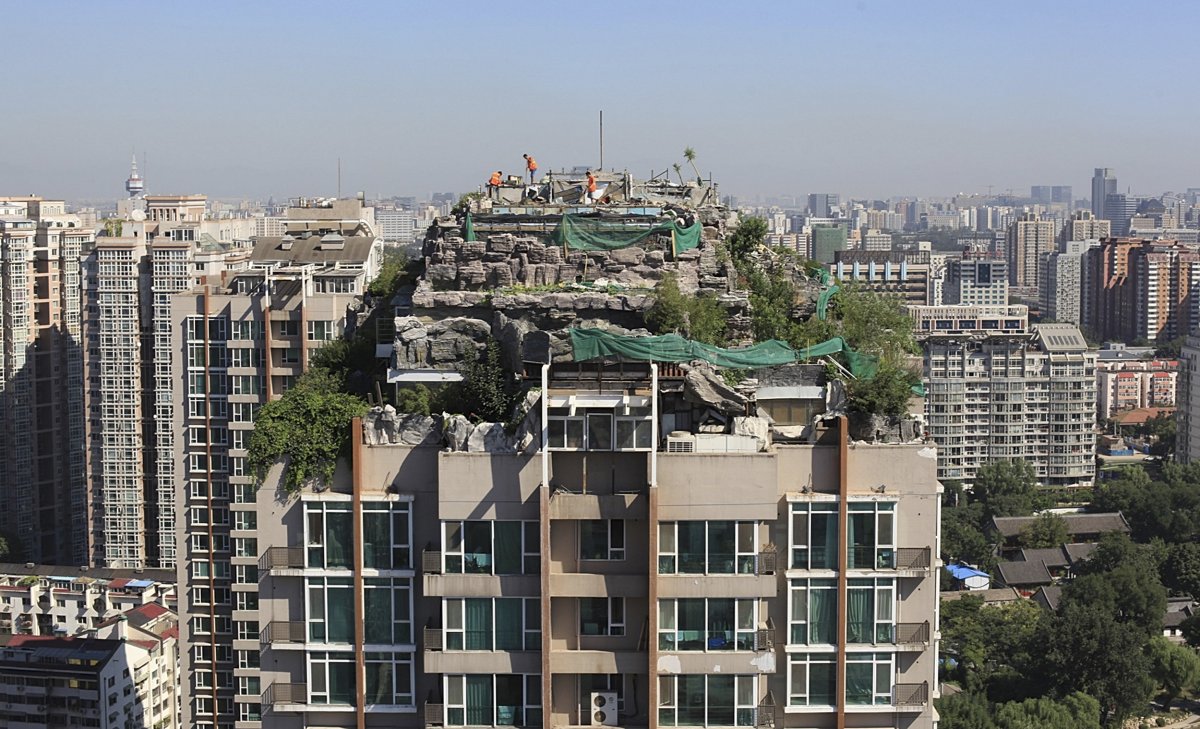 Seen here, workers demolish a privately-built villa, surrounded by imitation rocks, on the rooftop of a 26-story residential building in Beijing in August of 2013. The elaborate villa, complete with a garden, was built illegally on top of a Beijing apartment block, was demolished within 15 days. 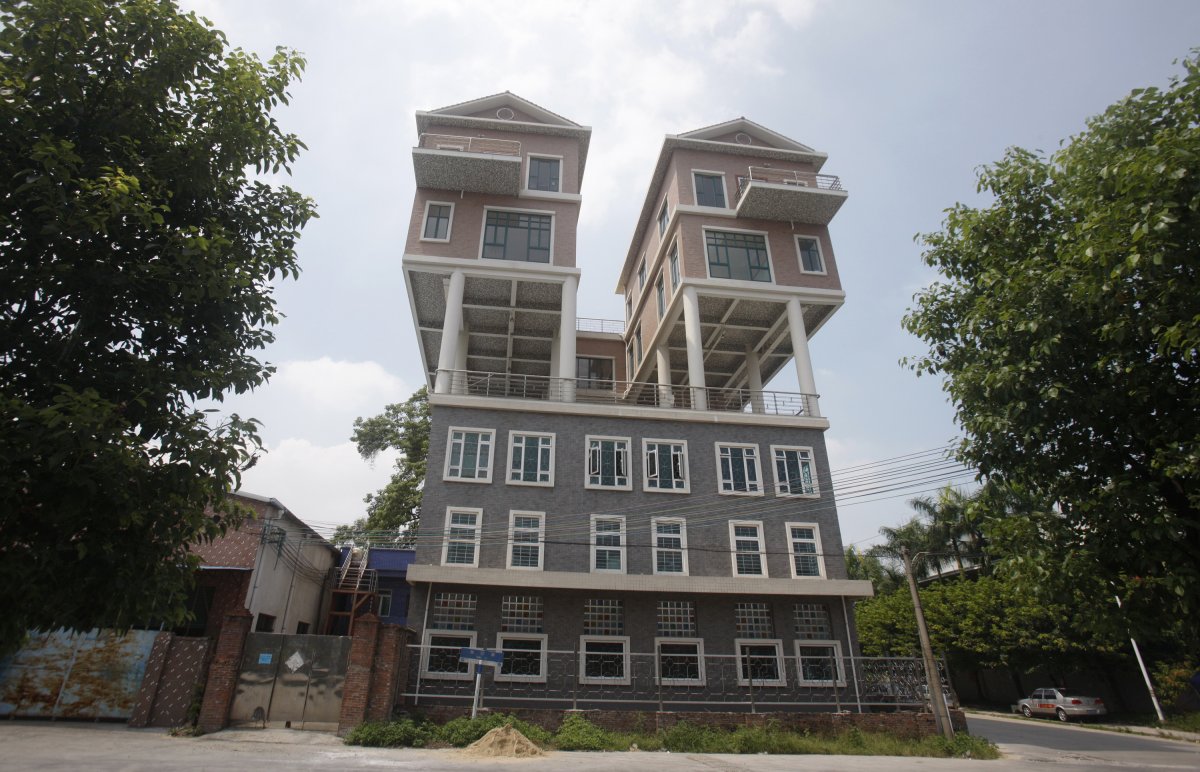 Not to be outdone by the previous Chinese sky high dwellings, these precarious-looking houses were built on the rooftop of a factory building in in Dongguan, China. The houses were completed two years ago. According to local media, the government said the size of the houses was not in line with the original design submitted, thus the construction should be deemed illegal. 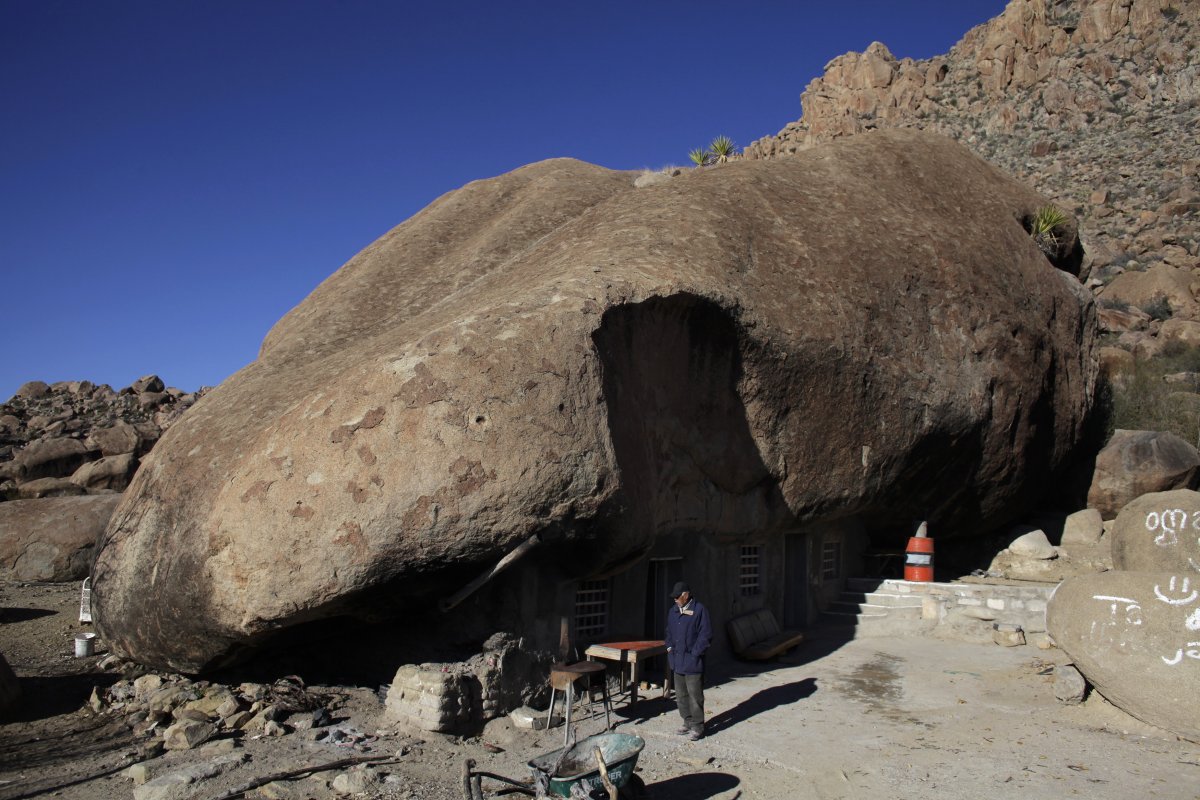 Here, Benito Hernandez stands outside his home in Mexico’s northern state of Coahuila. For over 30 years, Hernandez and his family have lived in an odd sun-dried brick home with a huge, 131 feet diameter rock used as a roof. 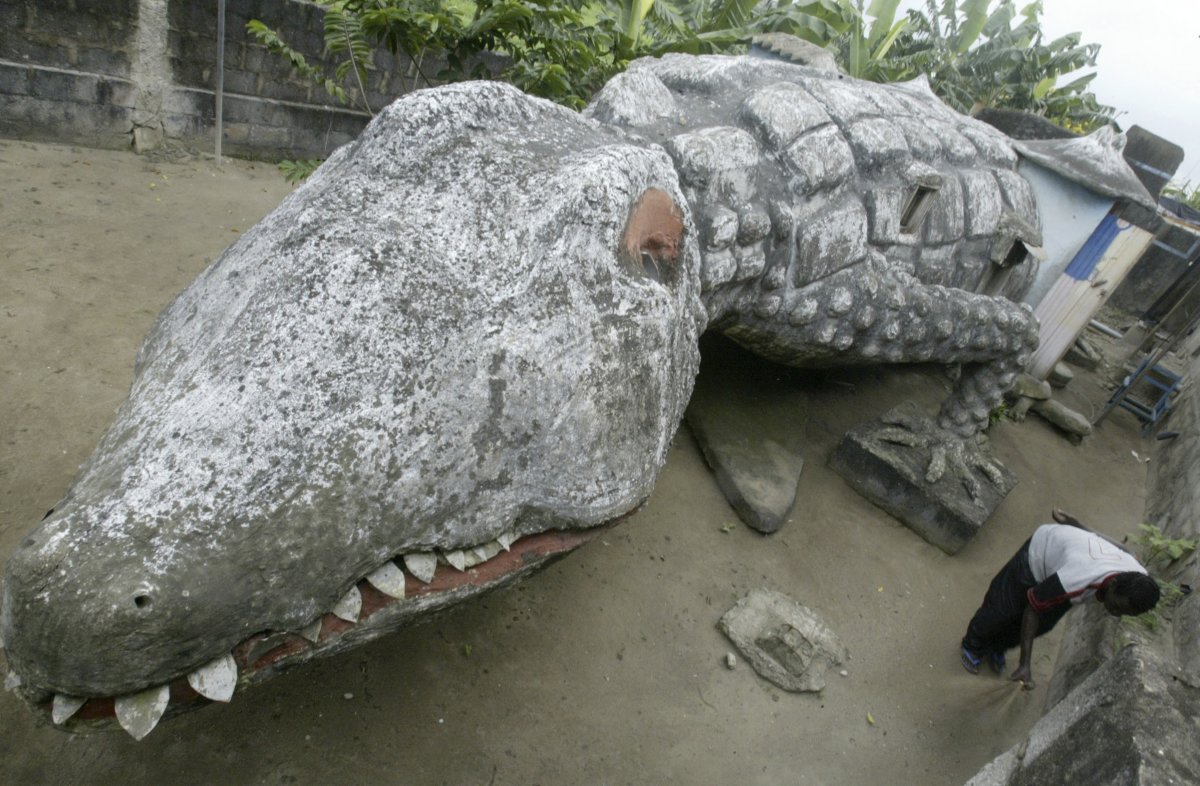 Thierry Atta sweeps the courtyard of his house built in the shape of a crocodile in Ivory Coast’s capital. Atta was an apprentice of the artist Moussa Kalo who designed and began building the house before passing away, two months before its completion by Atta. 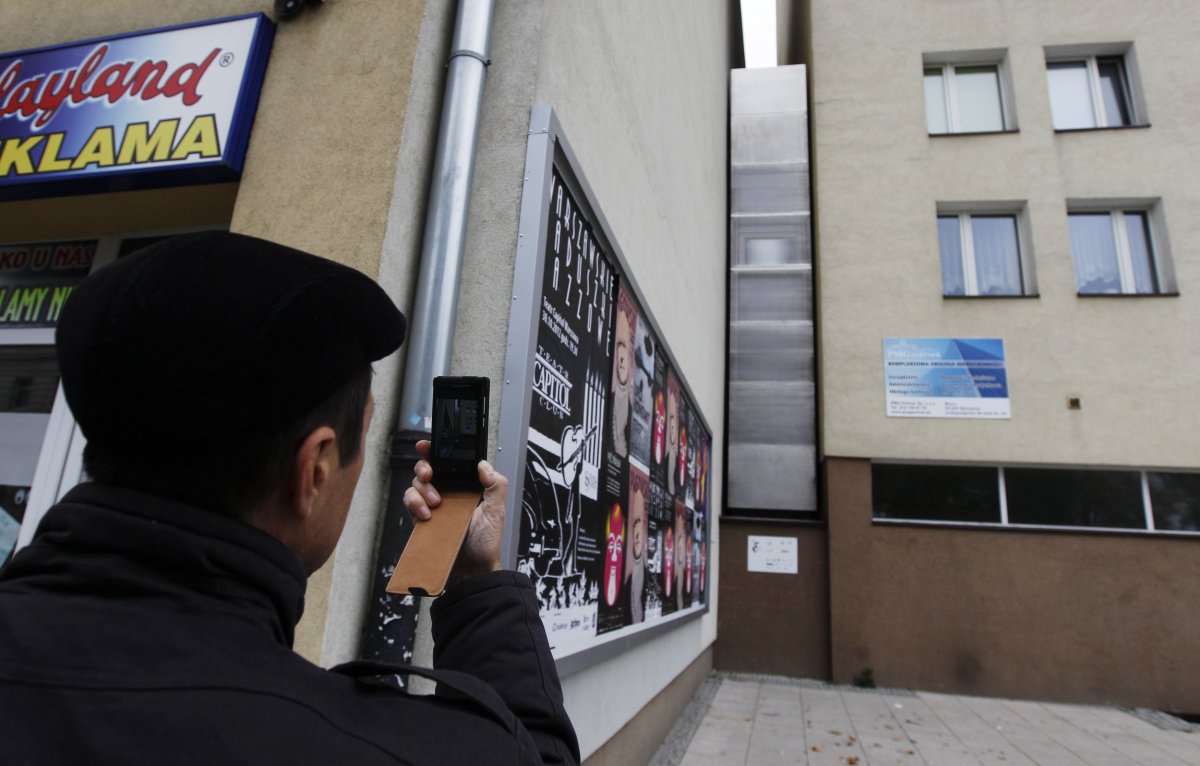 This building wedged between two existing buildings in Warsaw is an artistic installation that will be a home-away-from-home for Israeli writer, Edgar Keret. Keret said he conceived the house, which is just 36 inches wide as its narrowest point, as memorial to his parents’ family who died in the Holocaust. 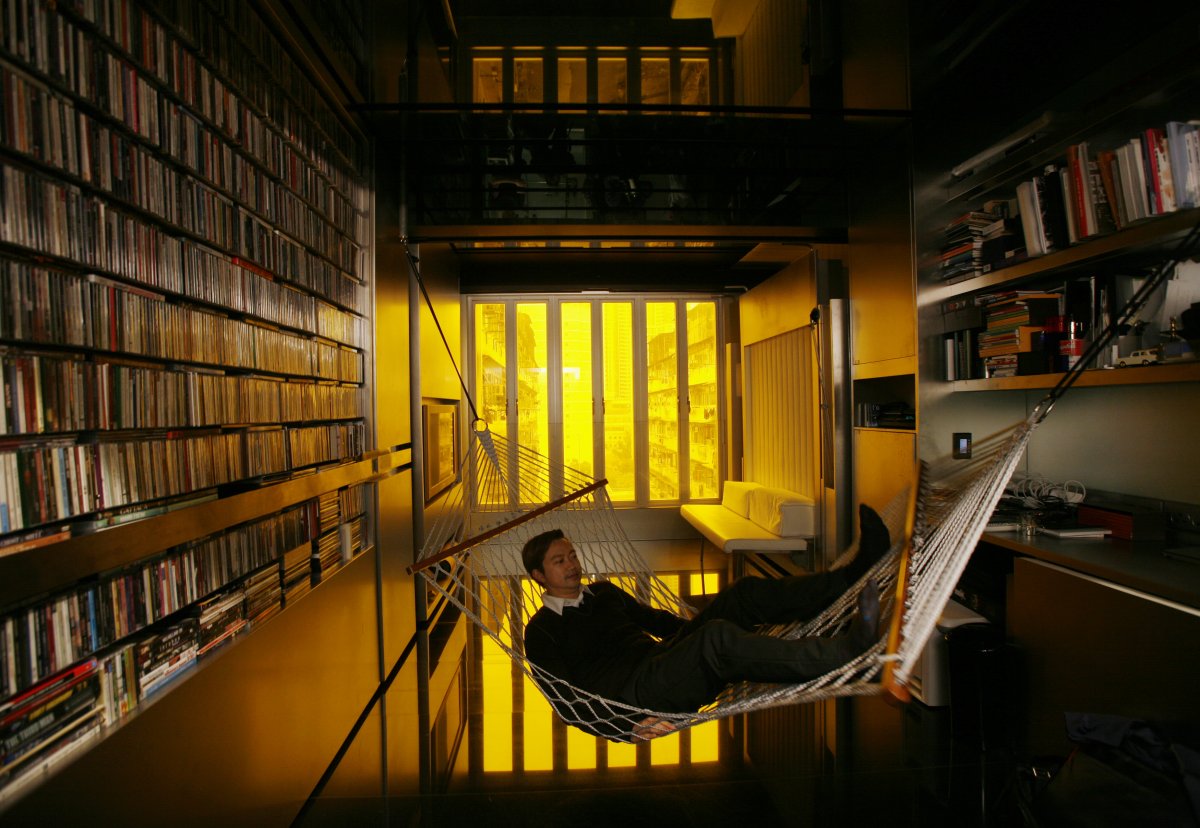 Hong Kong architect Gary Chang rests in a hammock inside his 330 square feet apartment in Hong Kong. After three decades in the same boxy dwelling Chang grew up in, he transformed the space into a eco-friendly and highly efficient space which utilizes moving walls to transform the space for various daily uses. 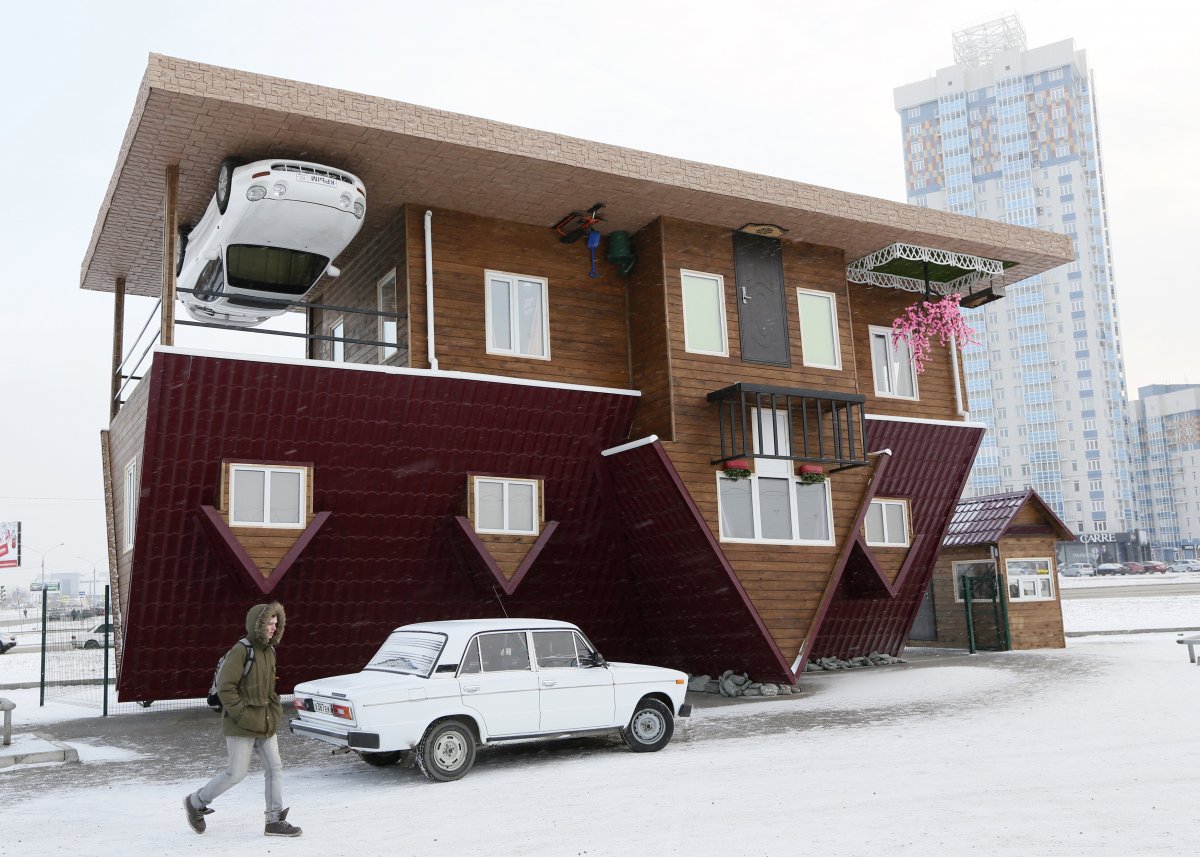 This house, built upside-down in Russia’s Siberian city of Krasnoyarsk, was constructed as an attraction for local residents and tourists. The rooms inside are all upside-down as well. 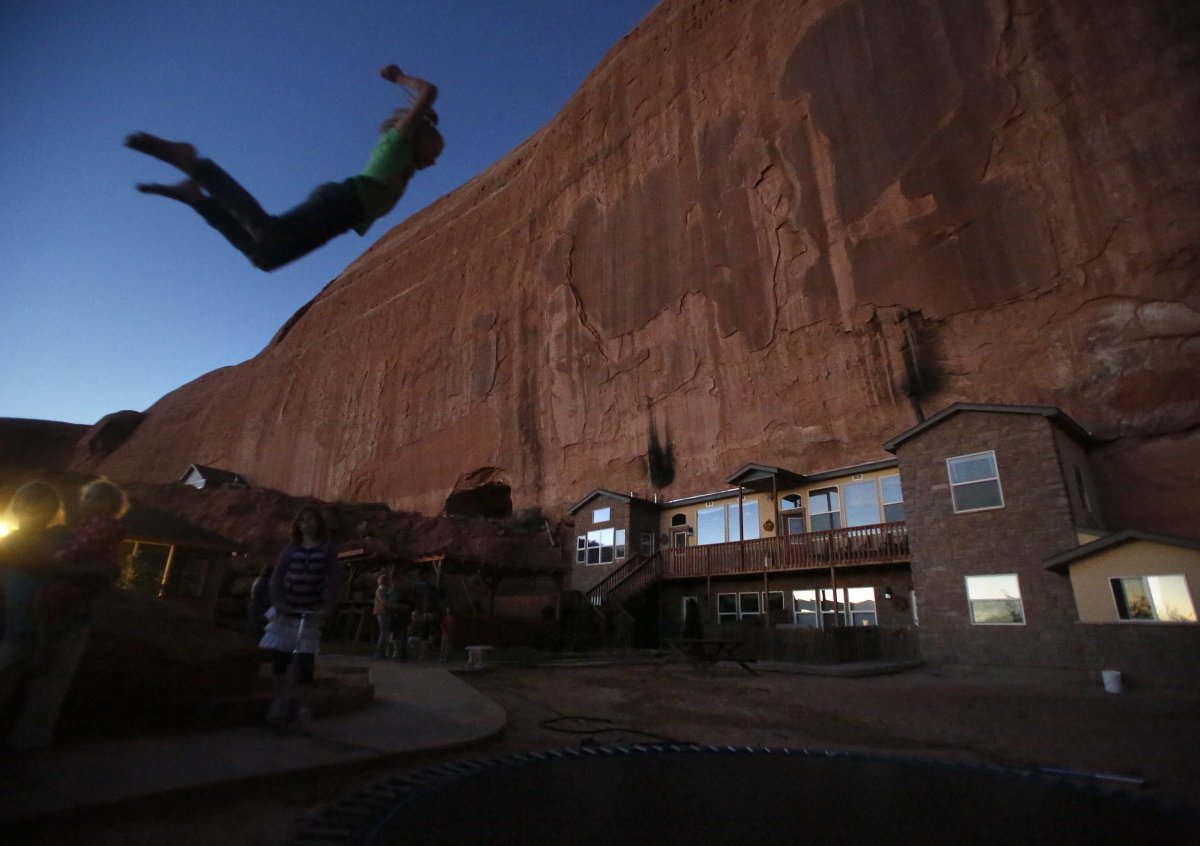 The “Rock,” as it is referred to by the 15 fundamentalist Mormon families living there, was founded about 35 years ago on a sandstone formation near Canyonlands National Park, which blasted to build rooms and storage spaces. 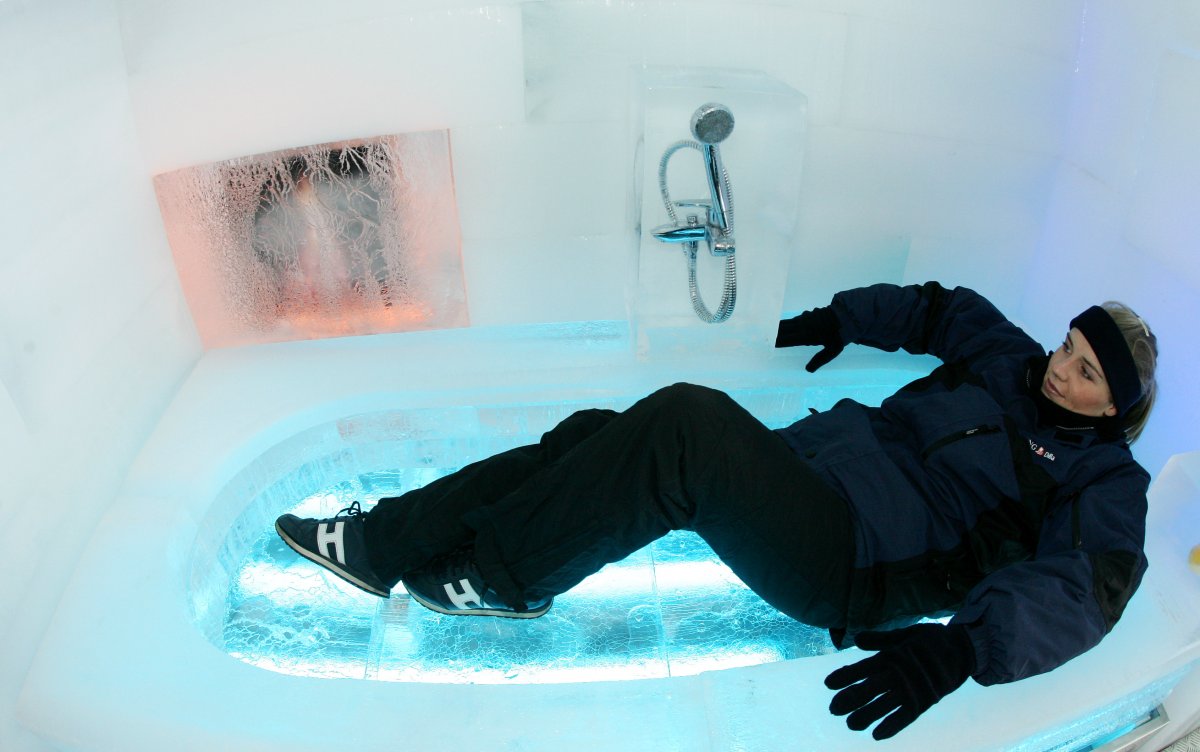 A model sits in an bathtub inside a house constructed entirely of ice as part of a promotion for a German bank in Berlin, 2005. The house was made of some 1,000 ice blocks, with all interior appliances, furnishings, and decoration encased within or made from ice. 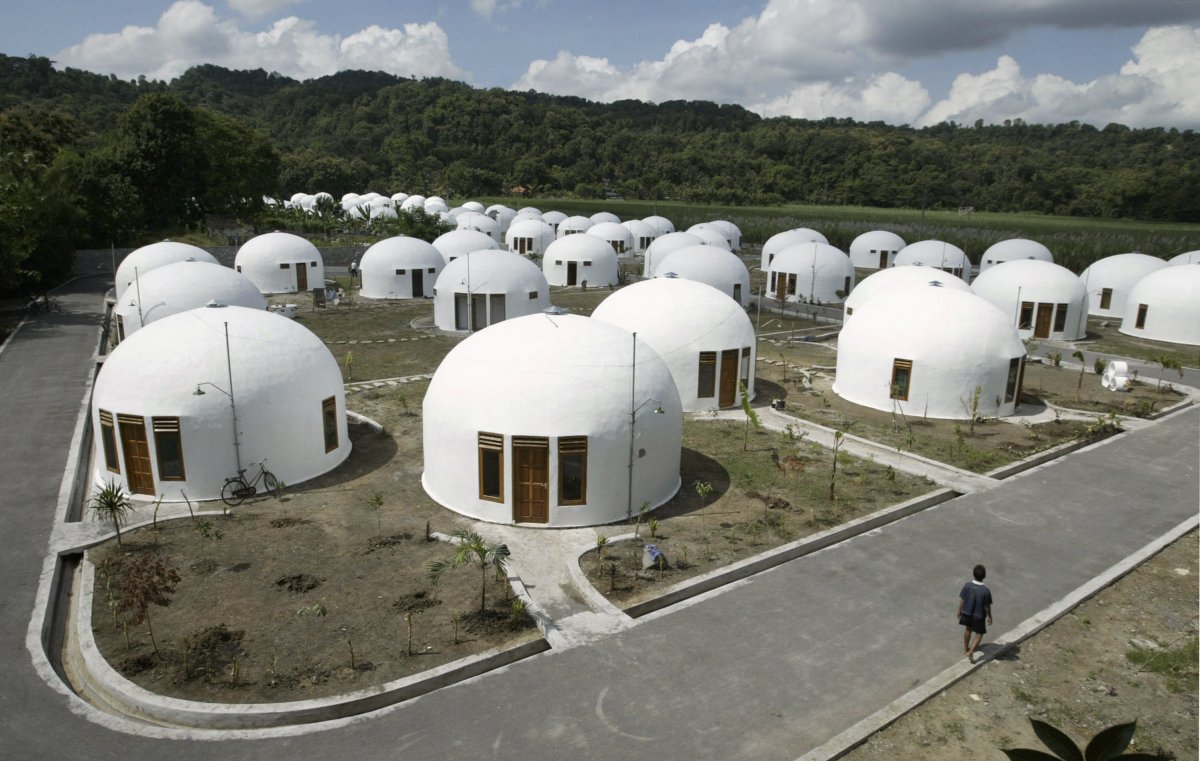 These roughly 70 dome houses were built by U.S.-based company Domes for the World for villagers who lost their houses to last year’s earthquake in Indonesia’s ancient city of Yogyakarta.