by Architect K.A.
Reading Time: 2 mins read
0 0
A A
0
SHARES
30
VIEWS
Share on FacebookShare on TwitterPin to Pinterest

Somewhere in London, a 40-foot-long building has ripped itself free from its stone base and lifted itself to levitate over 10 feet in the air! The architectural feat in London’s Covent Garden’s East Piazza is an elaborate illusion staged by artist and designer Alex Chinneck.

He took inspiration for his illusion, dubbed “Take My Lightning But Don’t Steal My Thunder,” from the rich heritage of the Market Building, modeling the look and feel of the illusionary extension on the original 184-year-old Market Building. The structure was crafted entirely out of CNC-cut lightweight polystyrene blocks made to mimic the look of stone and assembled like a jigsaw puzzle.

Chinneck is no stranger to playful architectural illusions. He has a history of turning houses upside down and sliding lazy walls down the sides of massive buildings. He inverted a 1.5-tonne rotating thatched roof once, balancing it perilously on the tip of a wind vane. 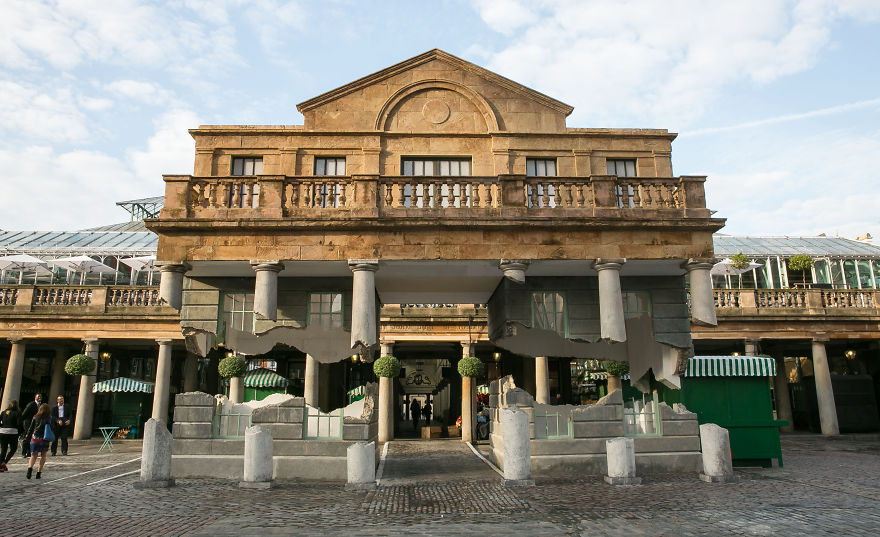 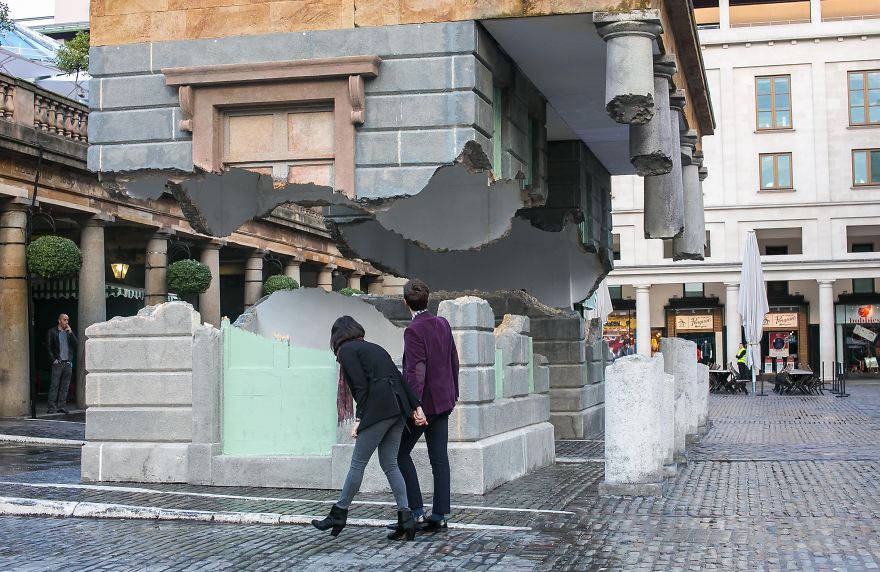 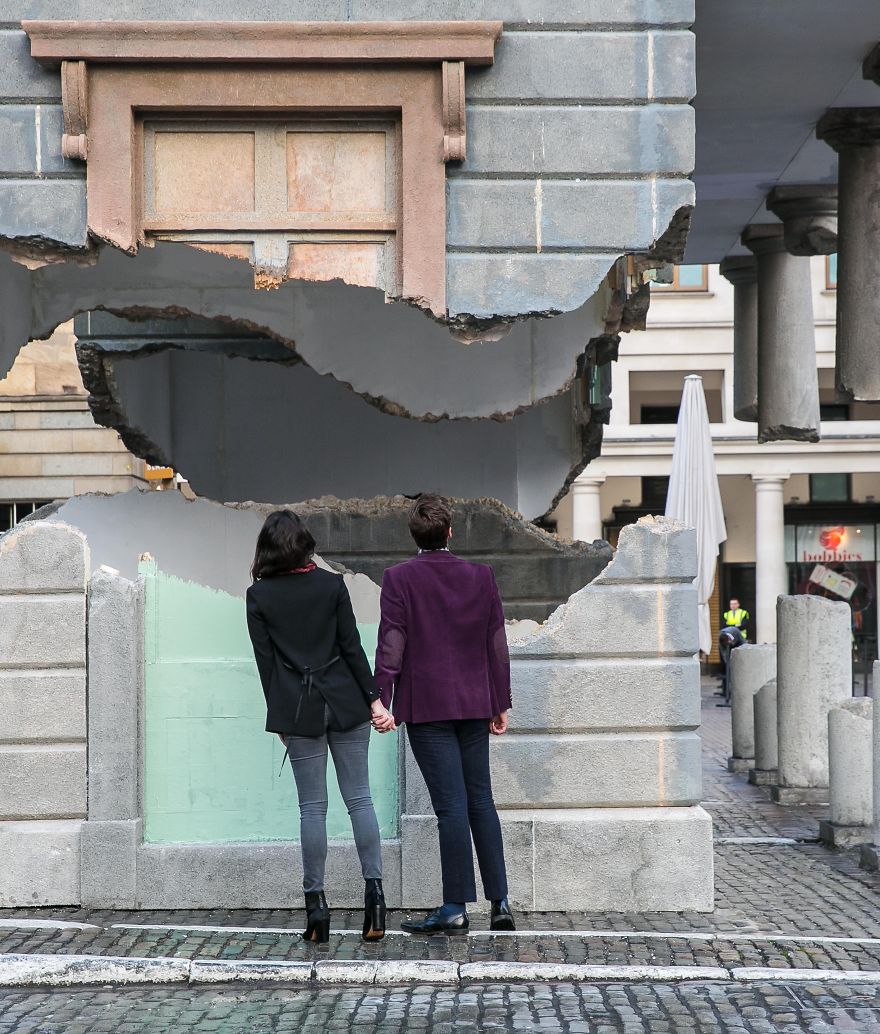 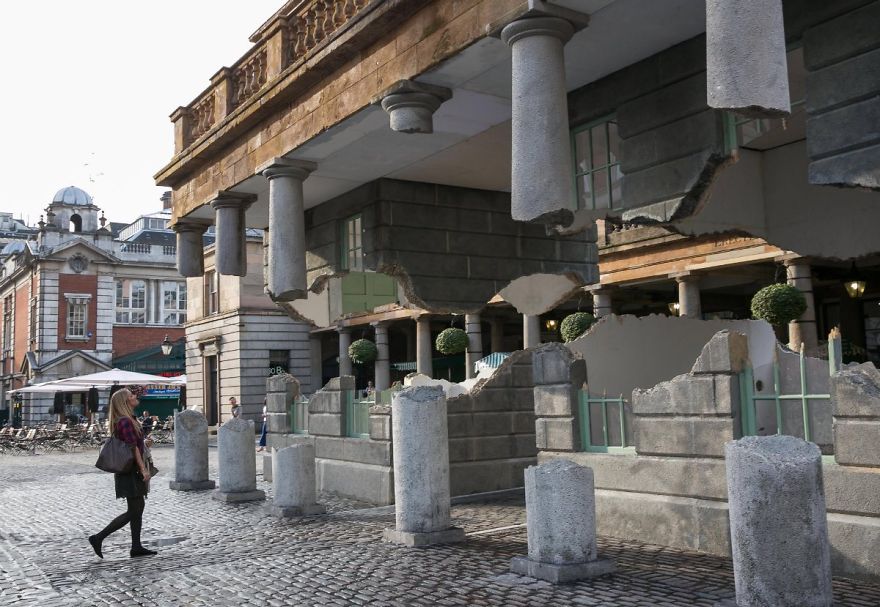 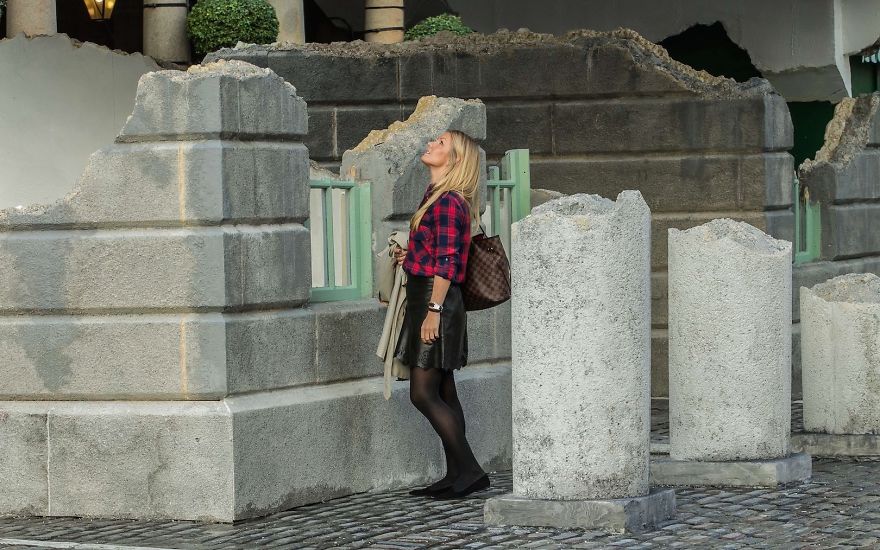 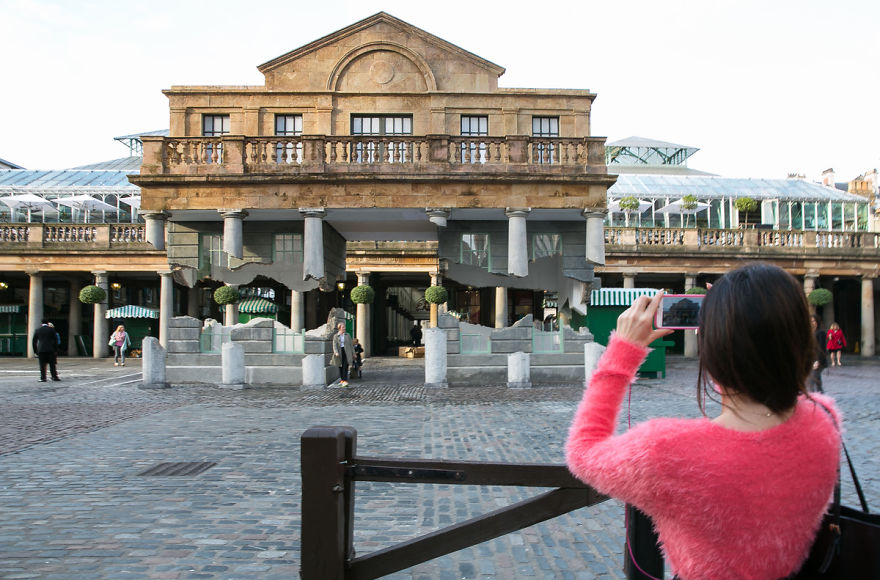 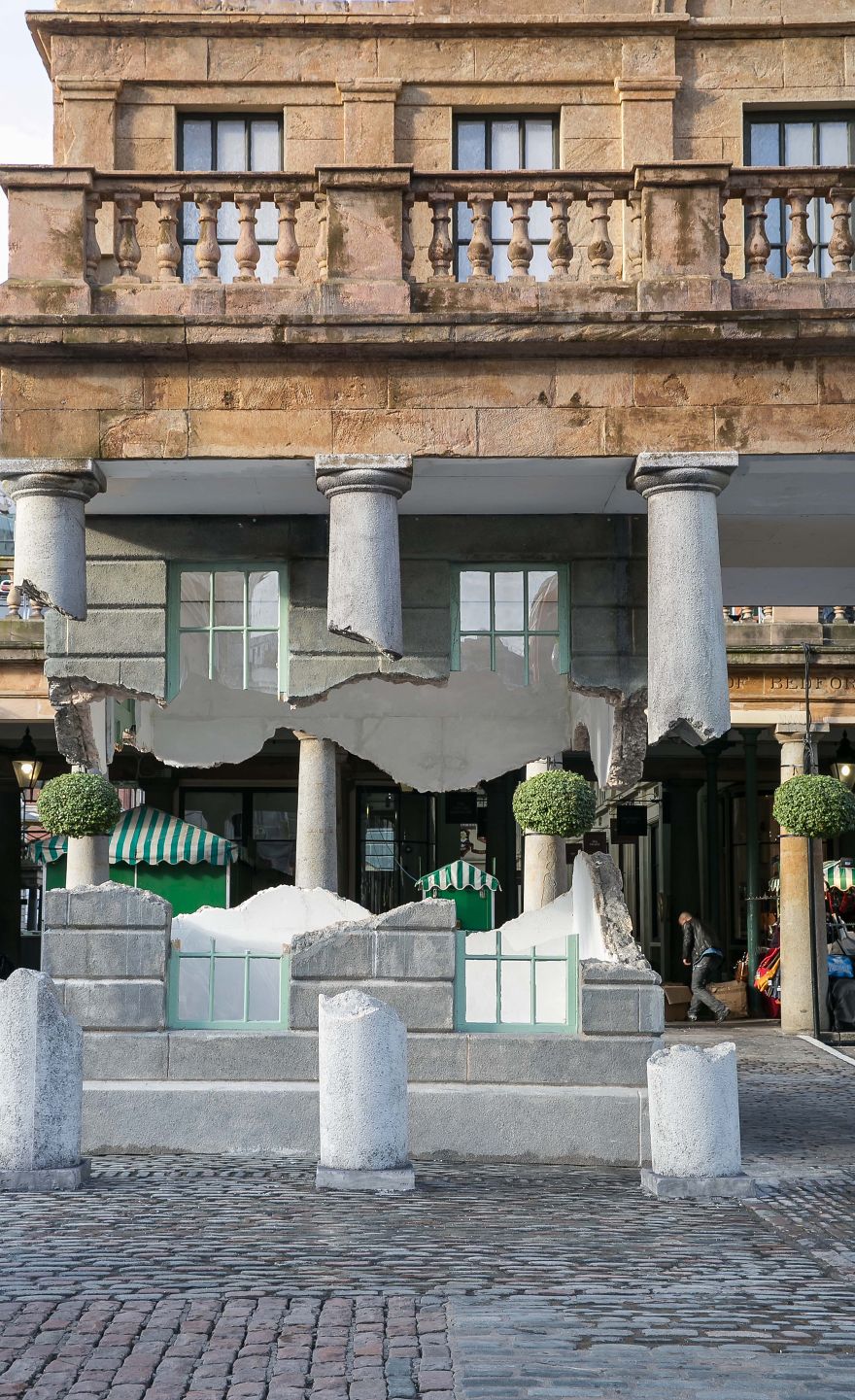 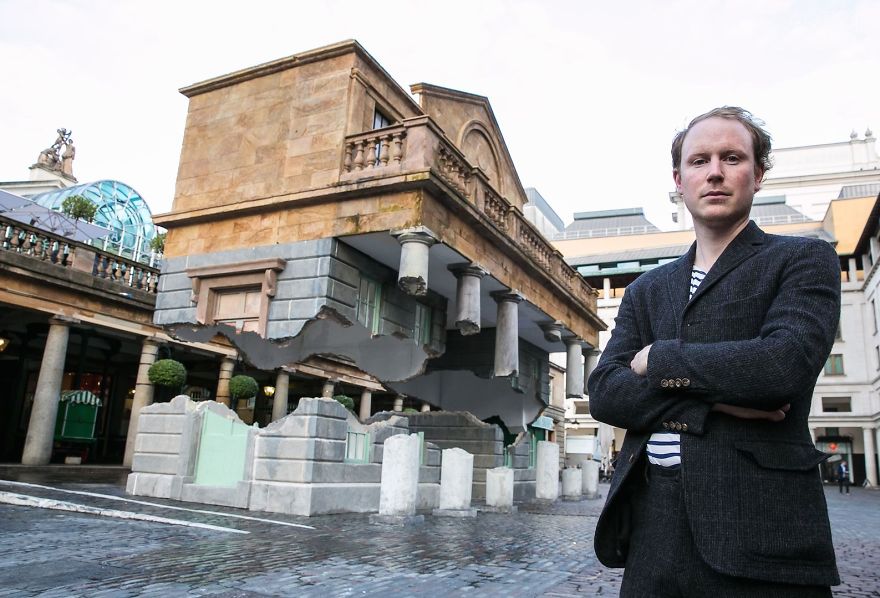 16 Wacky Houses From Around The Globe

50 Incredible Buildings Around The World That Are Work Of Art

50 Incredible Buildings Around The World That Are Work Of Art