by Architect K.A.
Reading Time: 4 mins read
0 0
A A
0
SHARES
67
VIEWS
Share on FacebookShare on TwitterPin to Pinterest

It was completed by HORNUNG & JACOBI Architecture, with a very unique architectural design that sets it apart from its rocky landscape. 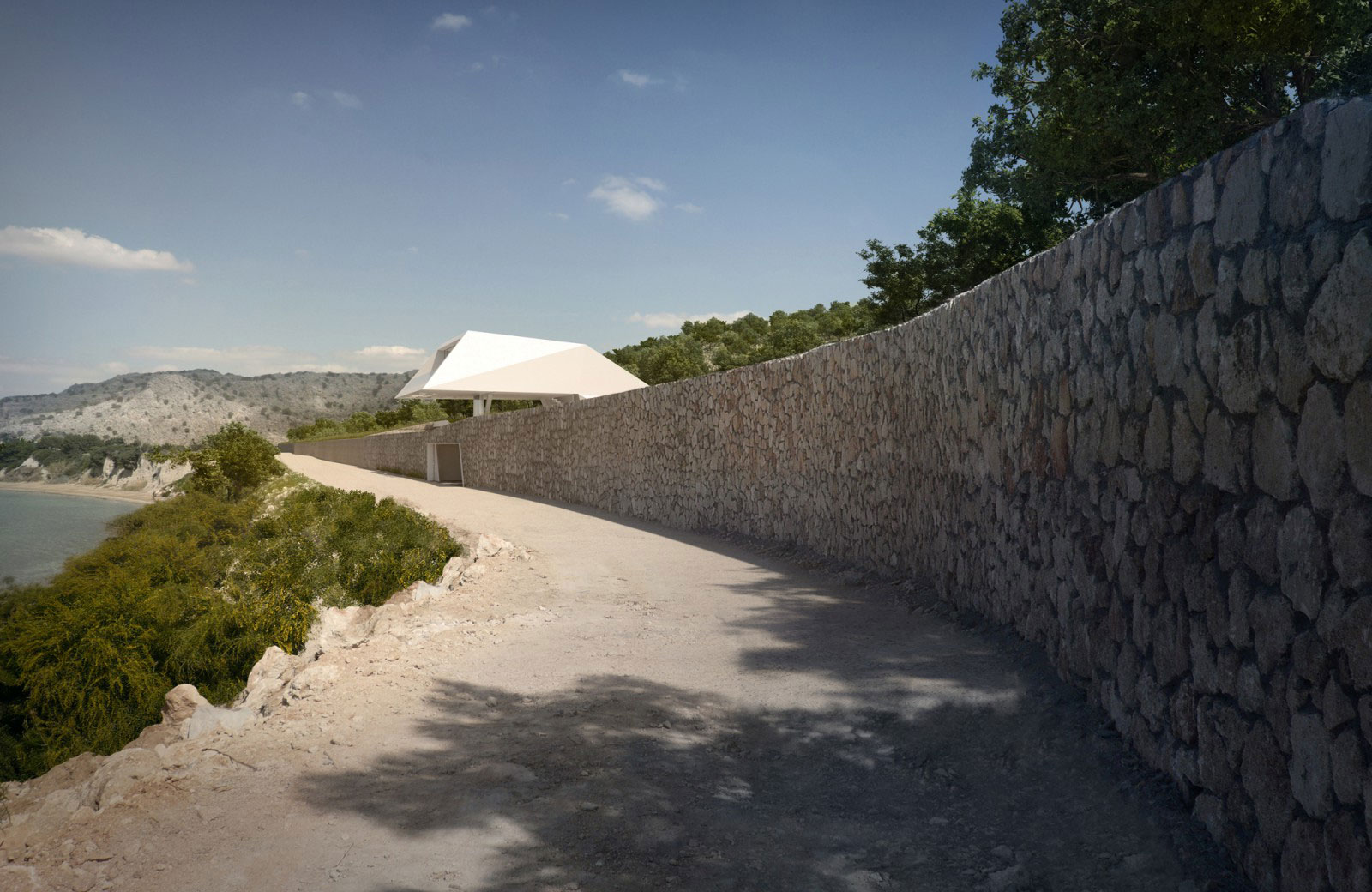 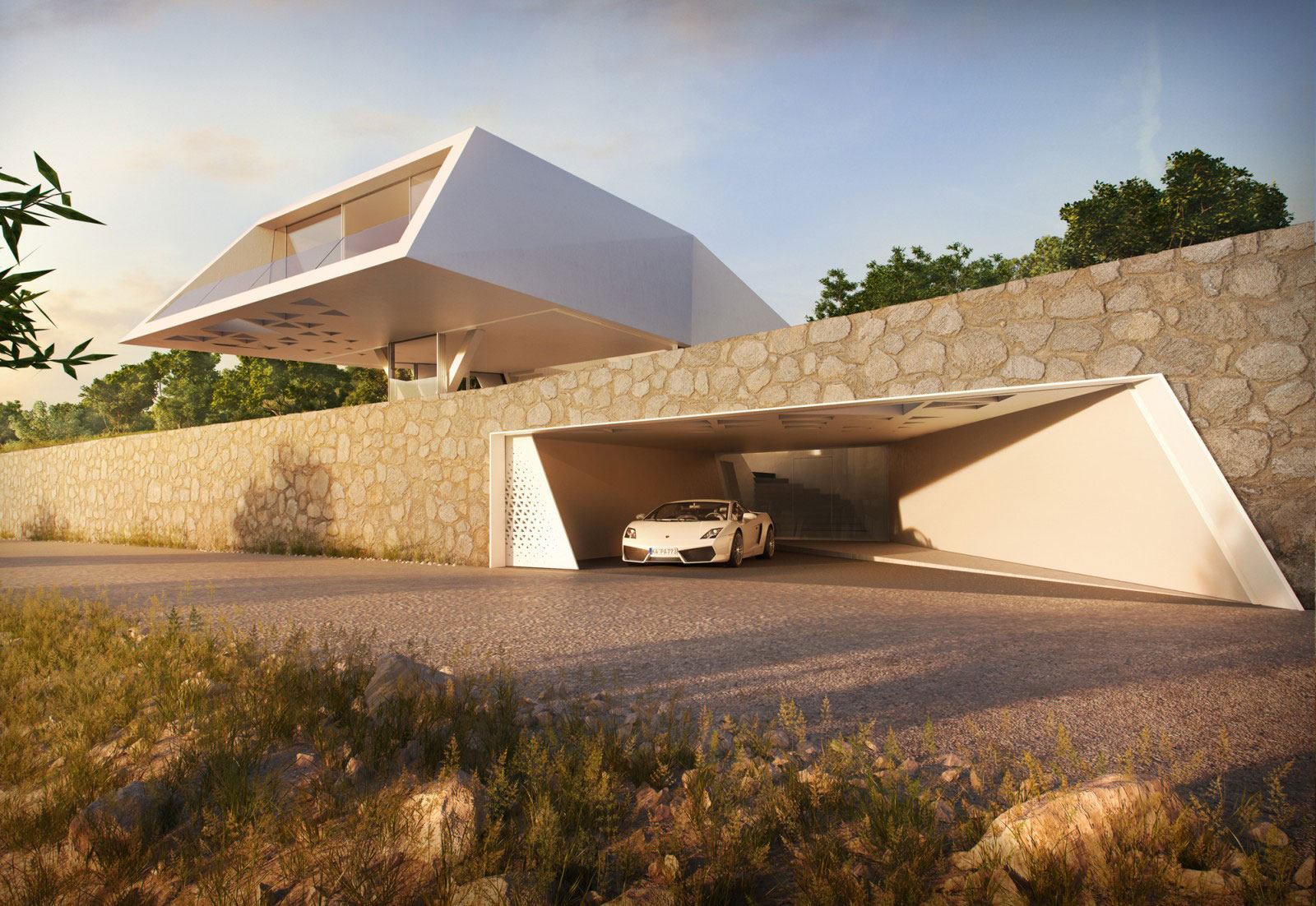 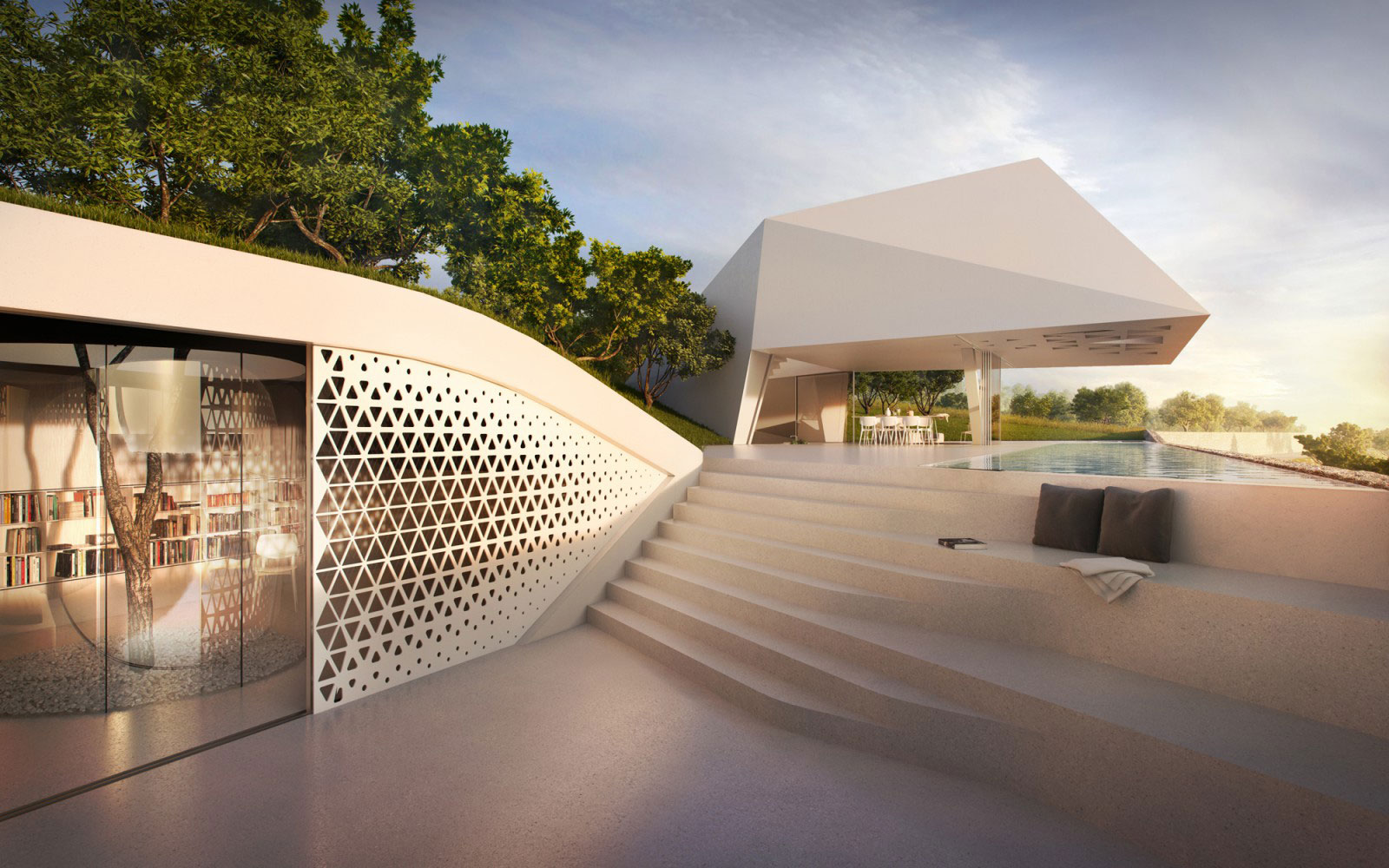 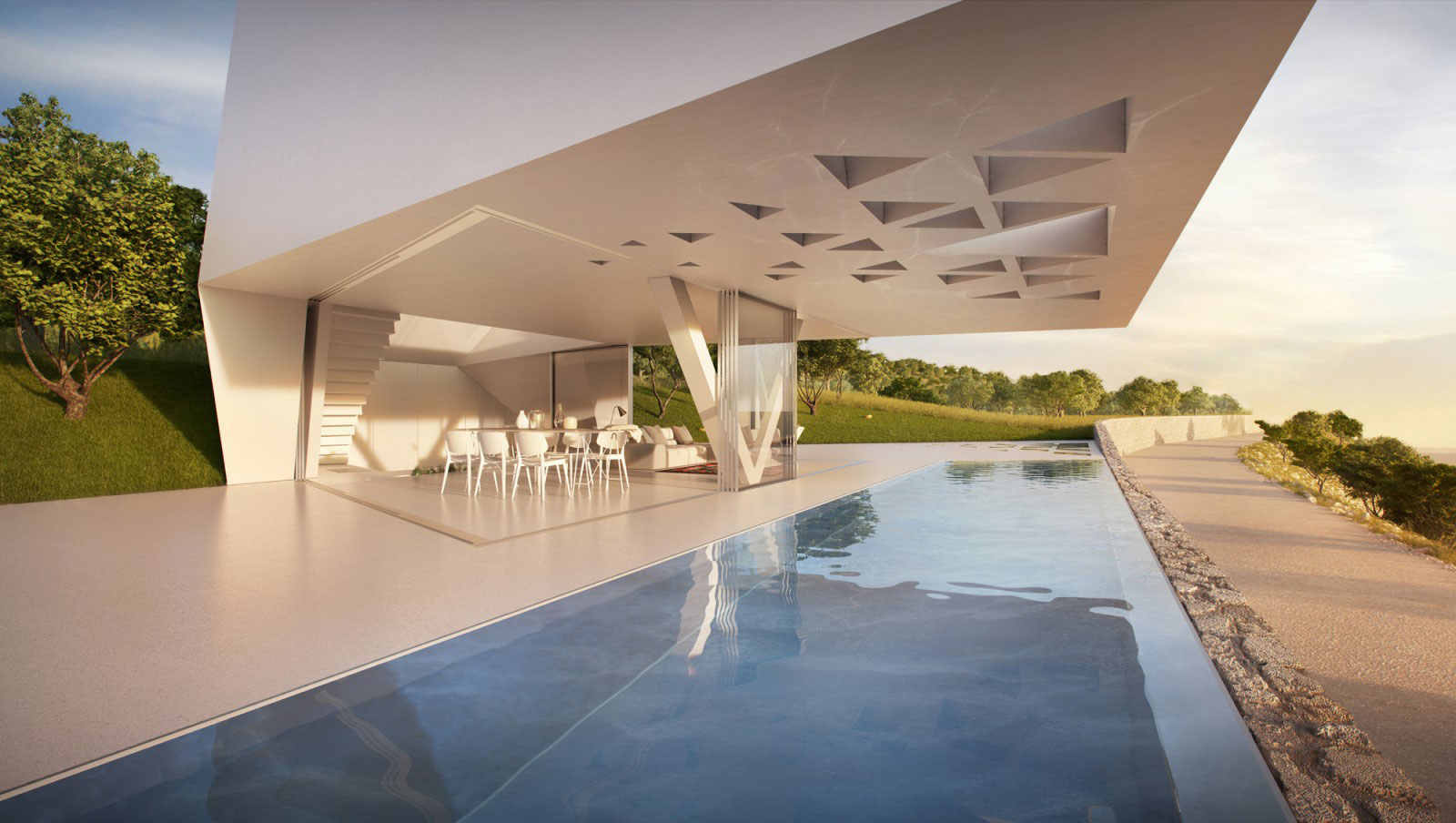 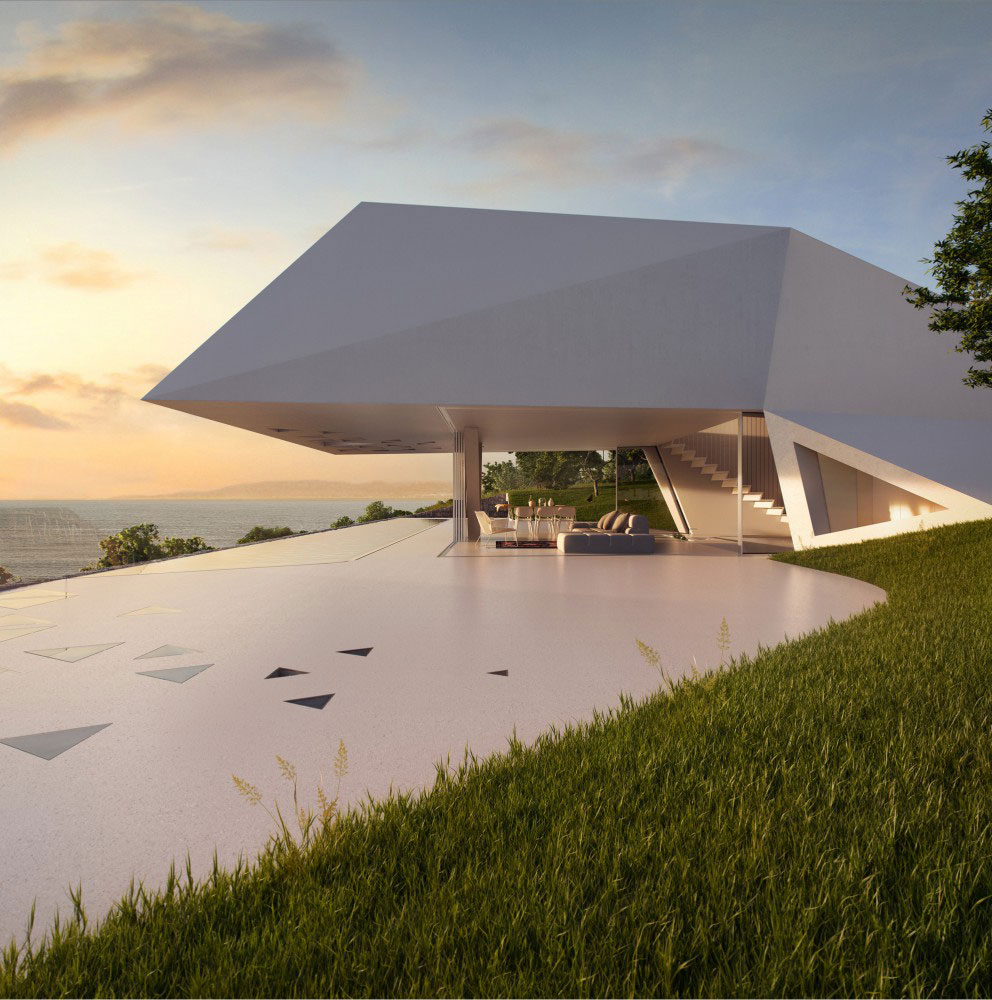 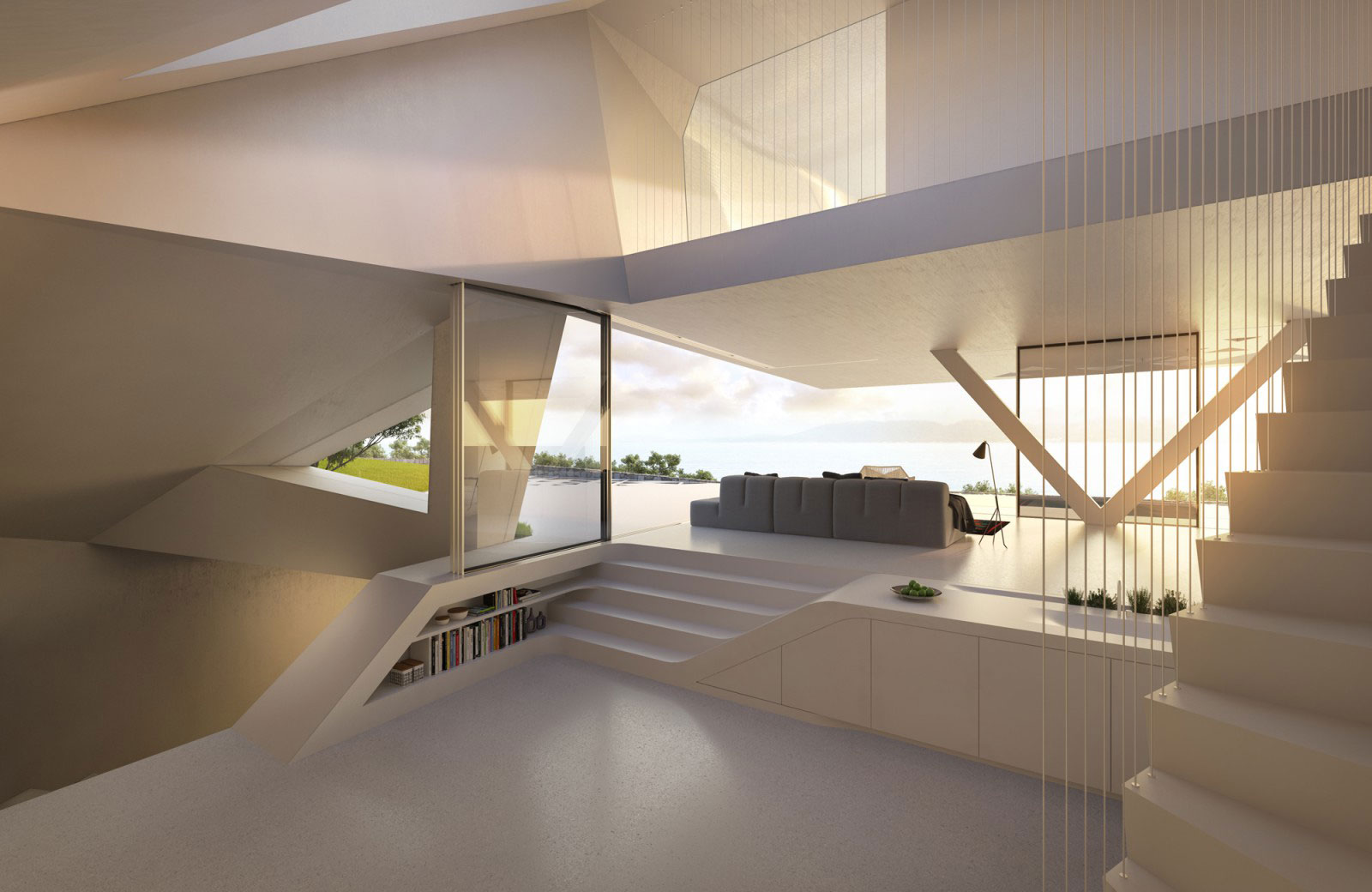 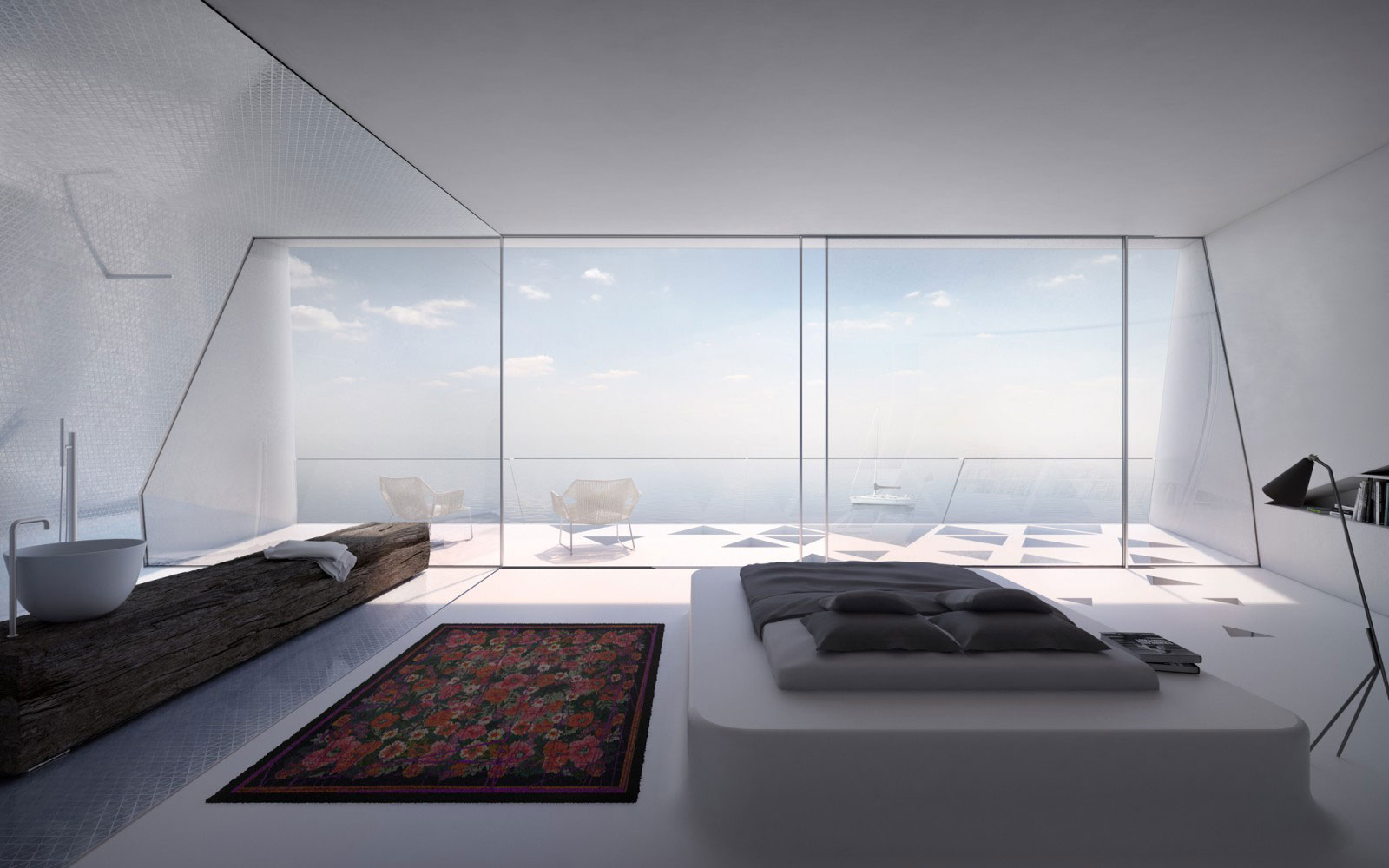 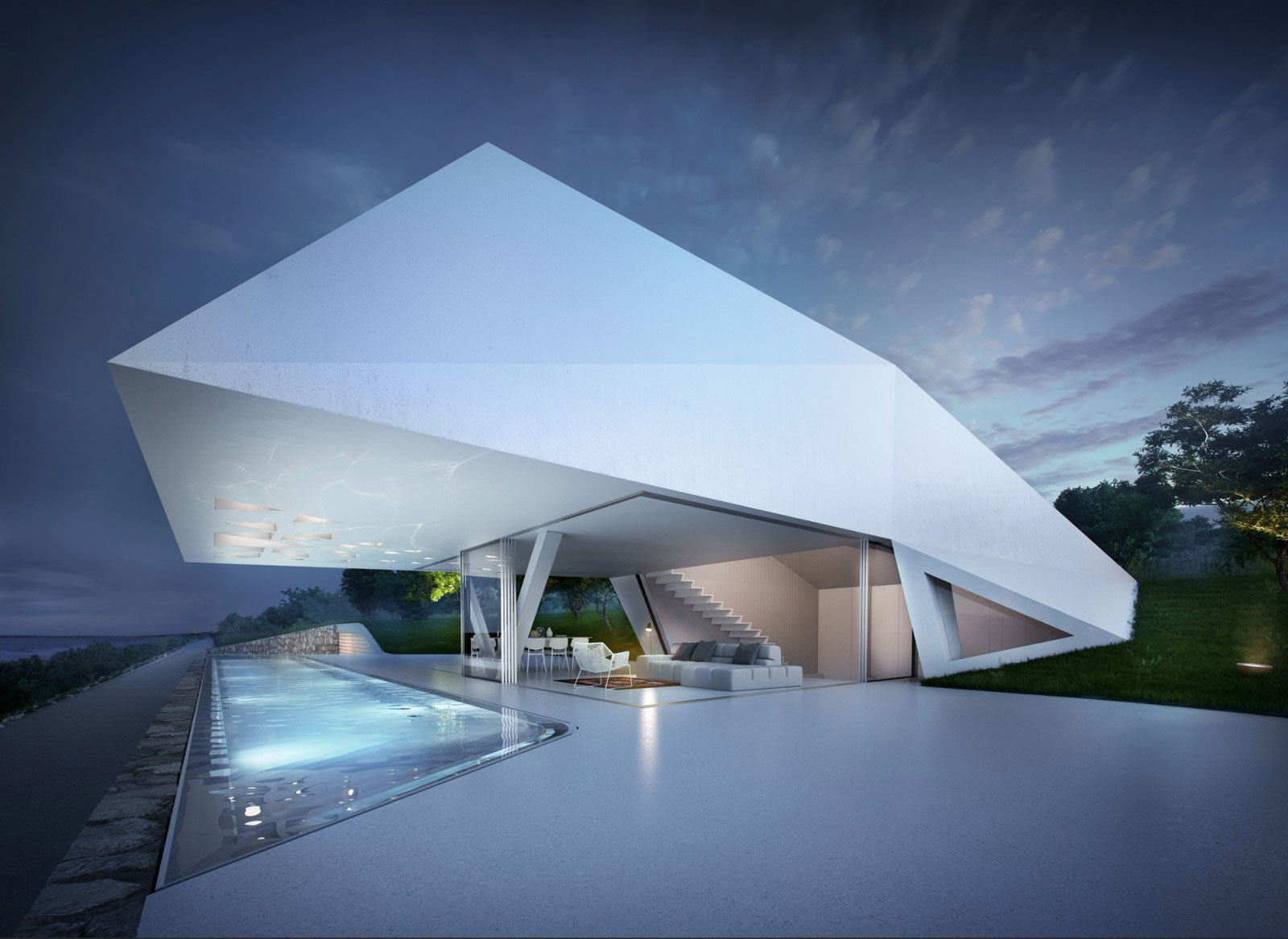 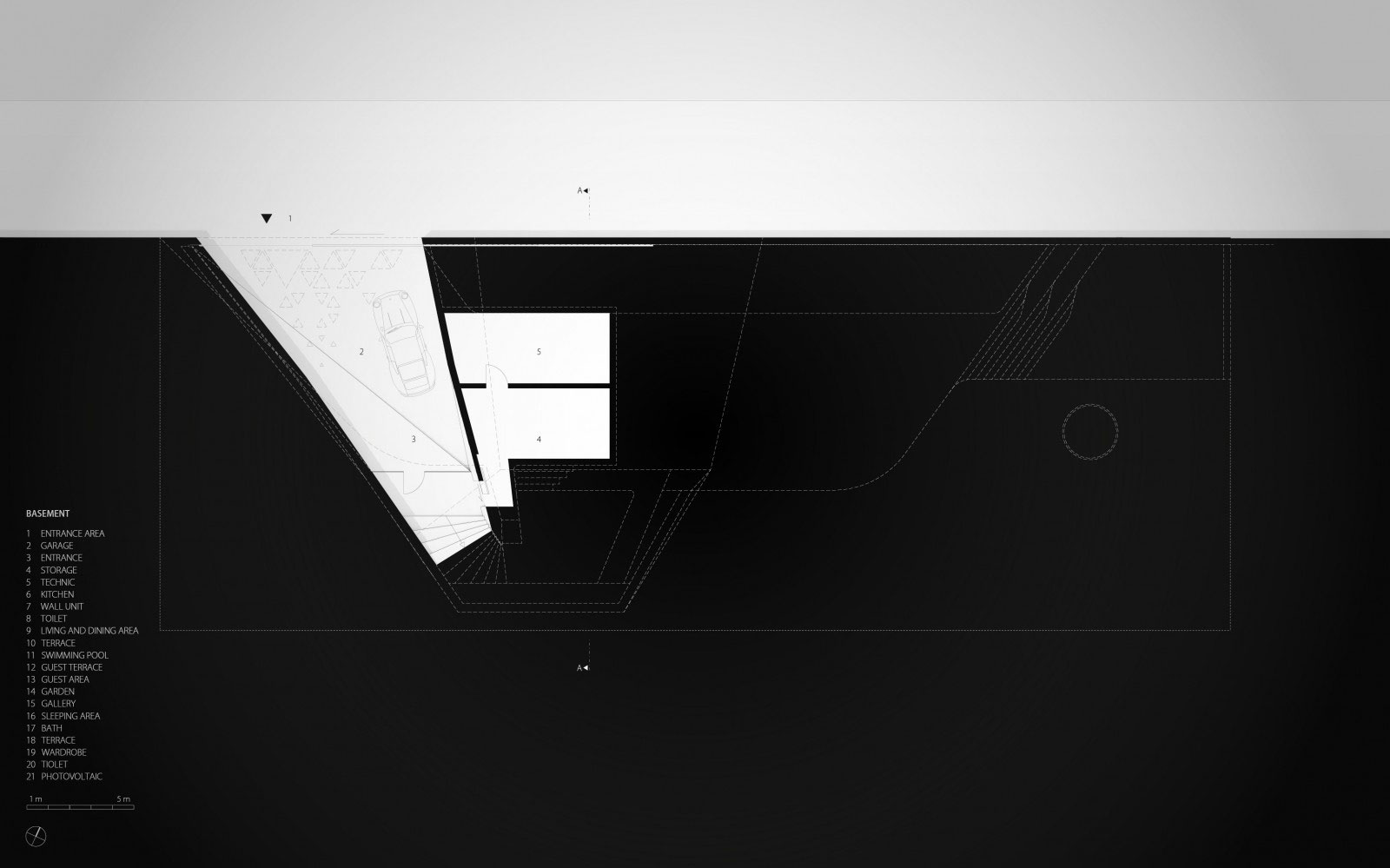 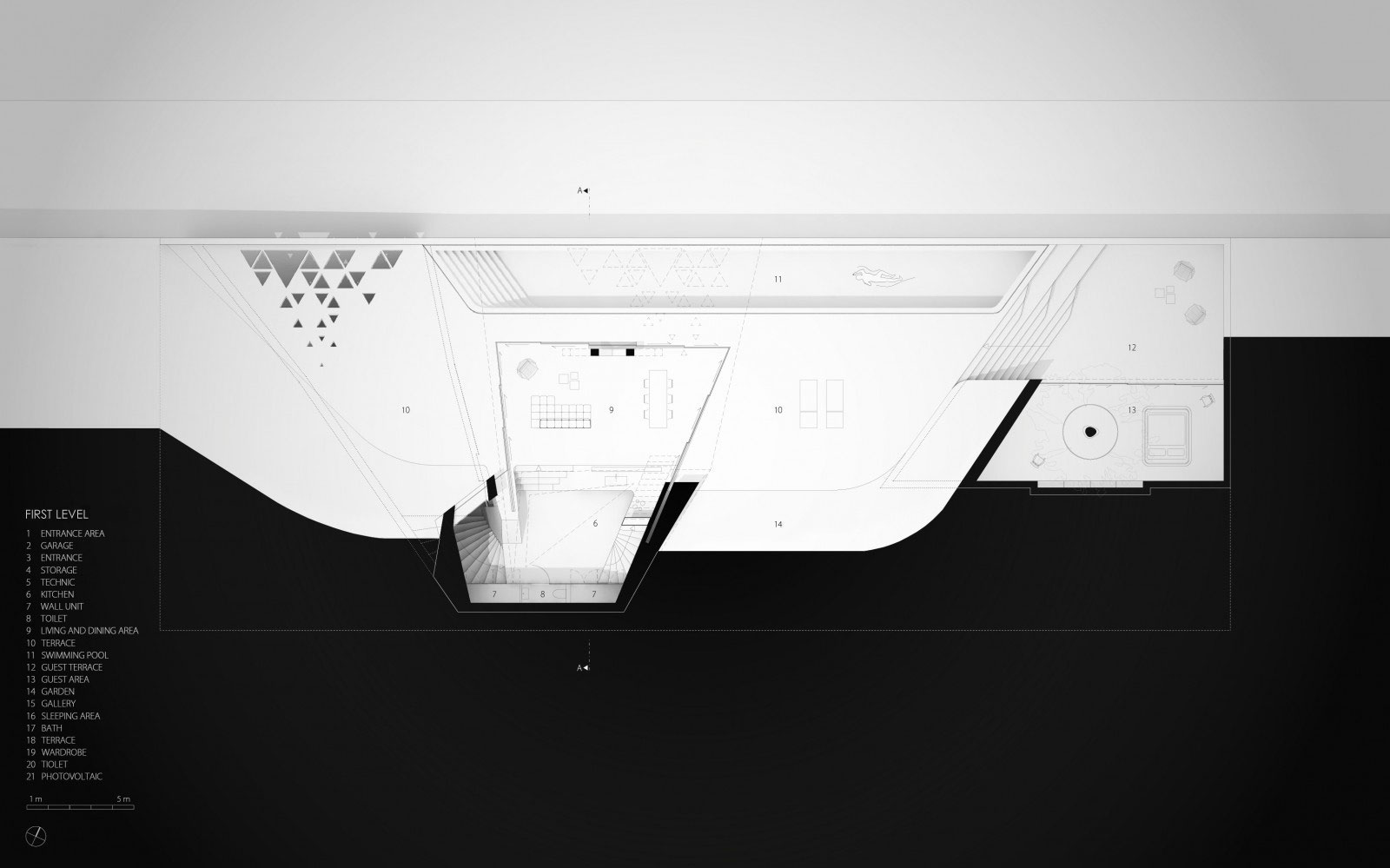 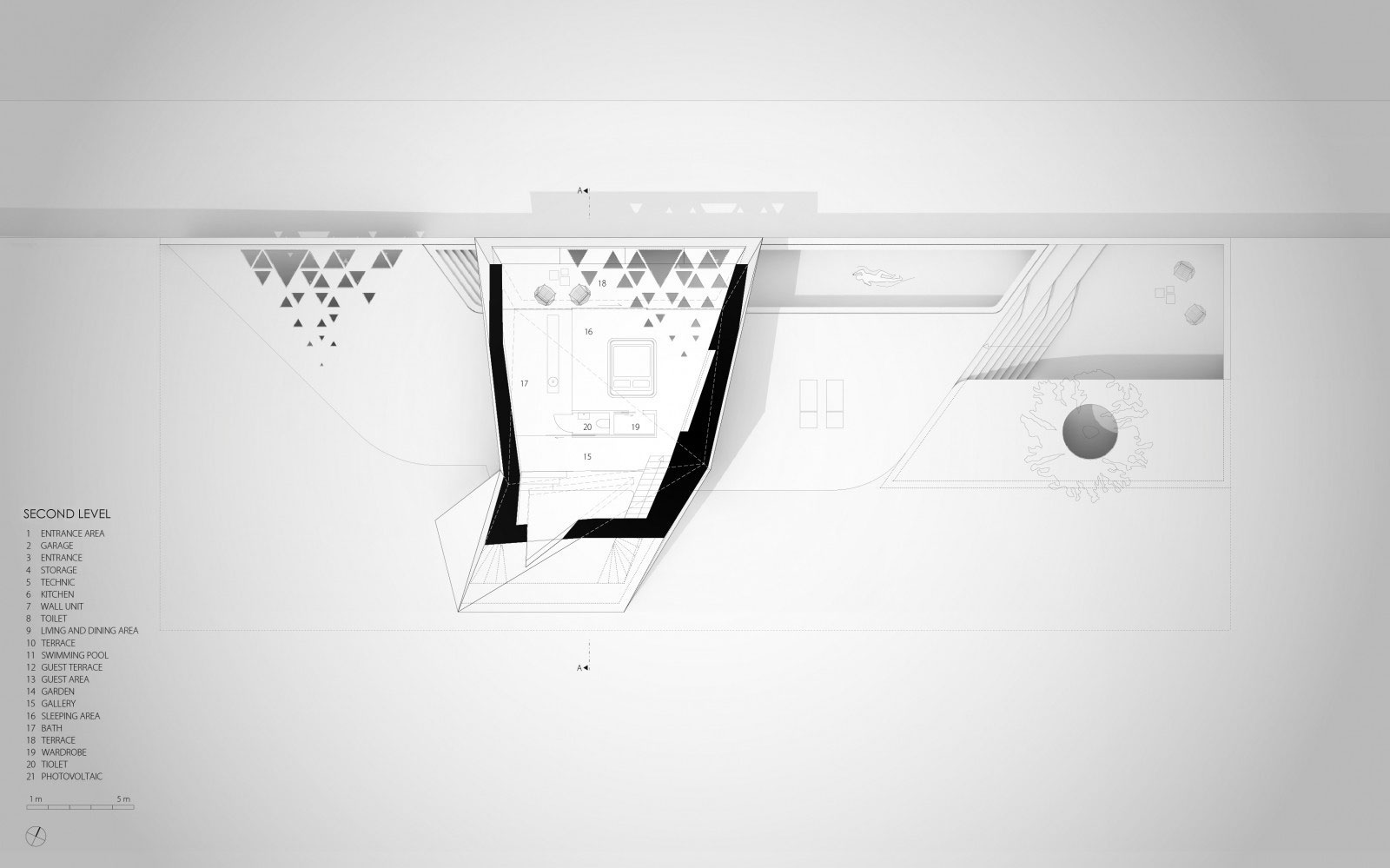 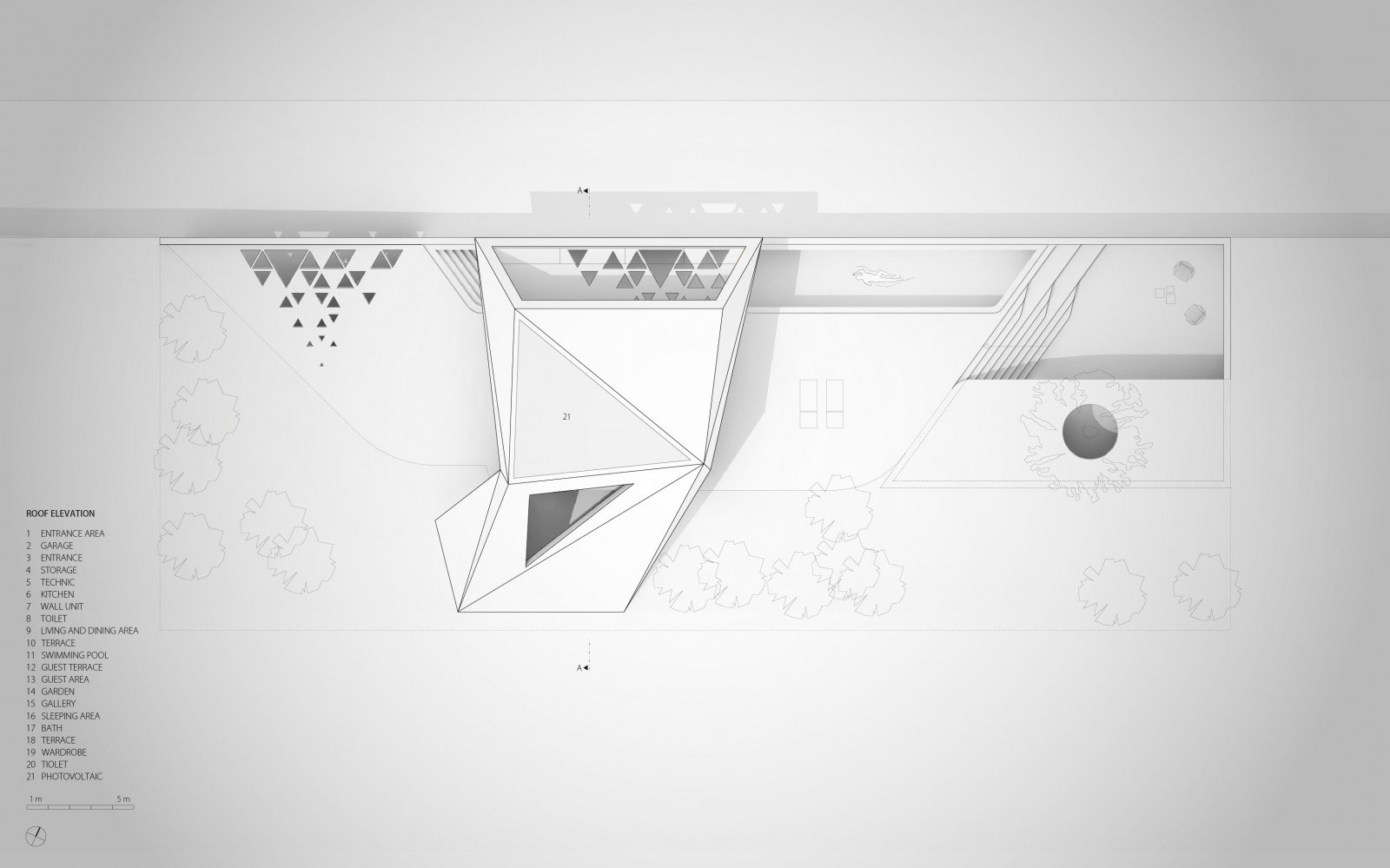 “The site of the holiday home in Rhodes/Greece yet possess characteristics and outstanding qualities, which we only attempted to frame with our design.

The site is located three meters above a coastal road, which is bordered by a natural stonewall that has been equally continued for our proposal. On the one hand the continuation of the found wall generates a high level of privacy, while on the other hand it relates to the given situation, which we were tempted to preserve as much as possible. The holiday home was designed for a couple. They wished a separate area for guests, which we mostly embedded in the given topography by integrating the shady tree population and without generating an equally visible volume.

At first sight the typology of the building seems to be strange compared with the context. However this first impression will be refuted by the choreography of the building, which is precisely orientated at the context. While from a formal point of view the building relates to the found eroded rocks and washed away shoreline, the entrance was generated by an interruption in the continuous natural stonewall, which leads one at first „under“ the site. Skylights show the path up to the main living area. The generated twist focuses our sight towards the ocean, whereas the surrounding walls only serve as a frame of the context. Thus a spatial division of the different uses was avoided where possible, as well as a differentiation of interior- and exterior spaces. Most important was to prevent a limitation of the magnificent view.

The challenge in this design lies in construction and the involved climate technology. The construction of the building above ground is planned as a prefabricated timber structure finished with white plaster, which generates an abstract link to traditional old buildings close to that site. The lightweight construction was chosen because it will be mainly used for spontaneous short-term visits. Massive building parts were avoided to reach a quick cool down. Through a mechanically controlled opening in the roof a well-known chimney effect will be activated, which starts at the massive base plate in the garage from where integrated cable ducts lead cooled air through the building. An additional cooling effect will be provided by the evaporation of the pool. The triangle-shaped photovoltaics on the roof provides the building with energy and enables a self-sufficient living.”

15 of the Most Amazing Treehouses From Around The World