Richard Saunders once saw an ornamental shrub and was struck by how its shape resembled his beloved pet cat while asleep. Now the images he creates replacing real-life bushes with his pet’s feline form have reached millions of people around the globe. (H/T: BBC) 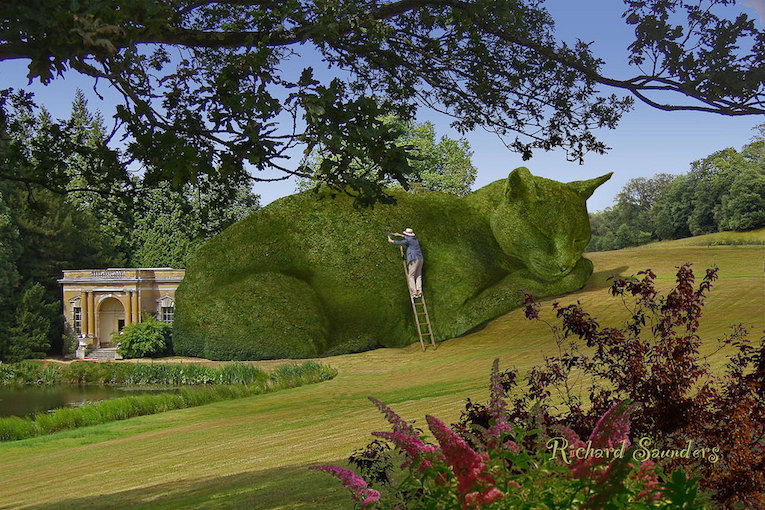 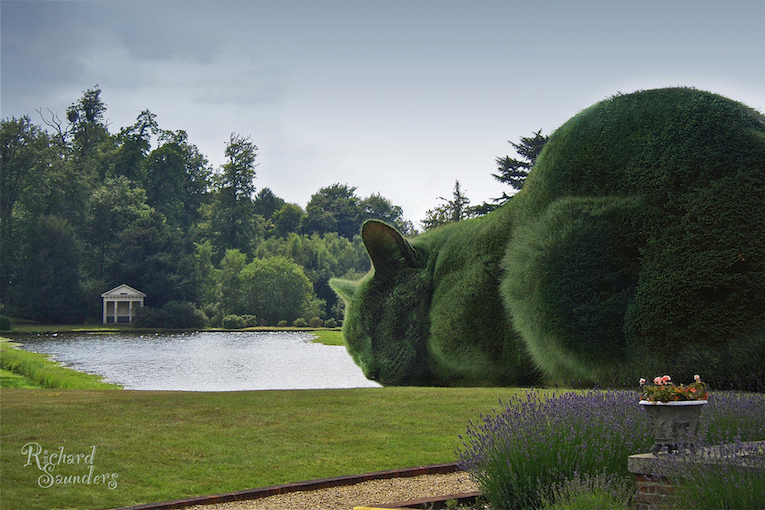 Imagine walking through a beautiful English country garden, turning a corner and seeing a gigantic, perfectly-manicured cat sculpted from lush green bushes lazing next to a lake.

Taken from the mind of a “surrealist” artist from Stapleford, Hertfordshire – and rendered into high-quality fantastical images – the topiary cat has been taking social media by storm. 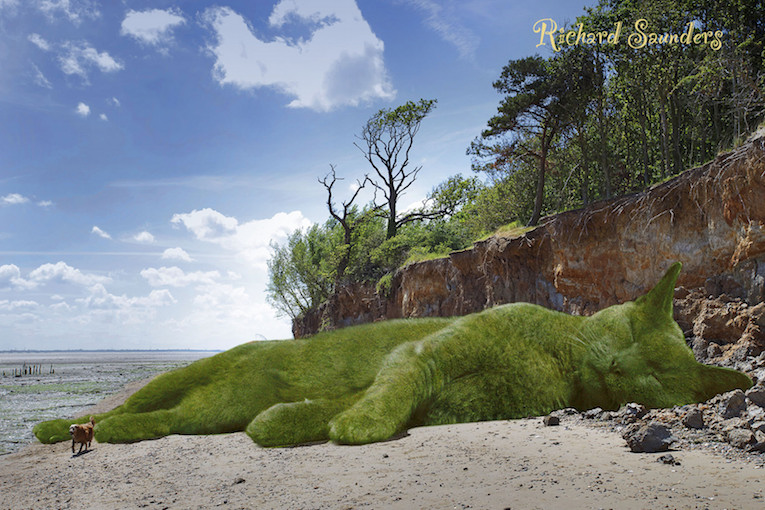 The pictures all feature Tolly, a Russian Blue owned by 69-year-old Mr Saunders.

The first image he created took a picture of his beloved pet – who died in February – and cropped it into a photograph he took at Hall Barn, in Beaconsfield, where he had spotted a topiary shaped like a cloud.

“It reminded me of an animal sleeping, and I thought to myself ‘you could change that into a cat quite easily’,” Mr Saunders recalled. 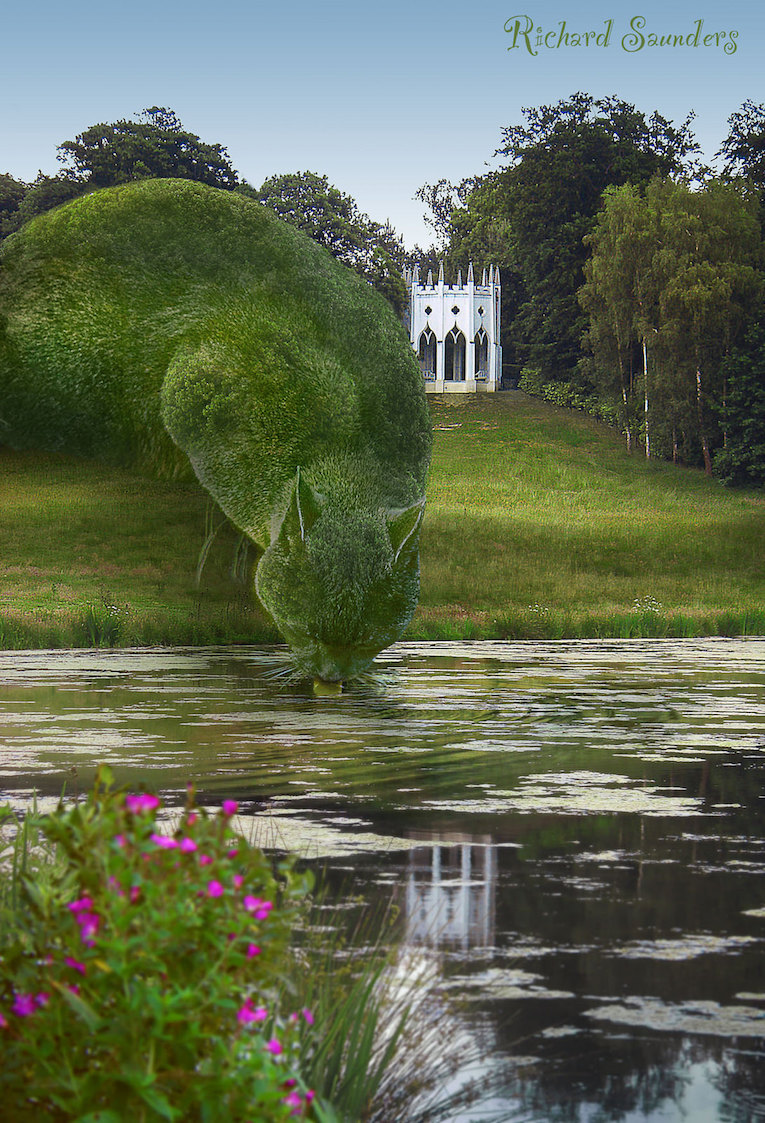 One of his later images, which depicted a cat drinking water from a lake at Painshill, in Surrey, was seen by 3.25m people on Facebook.

“I’m fascinated by how things go viral – I never planned to make any money out of the project. It’s just a bit of fun,” Mr Saunders said.

Mr Saunders said creating the photos was a way of remembering his cat Tolly, who died earlier this year 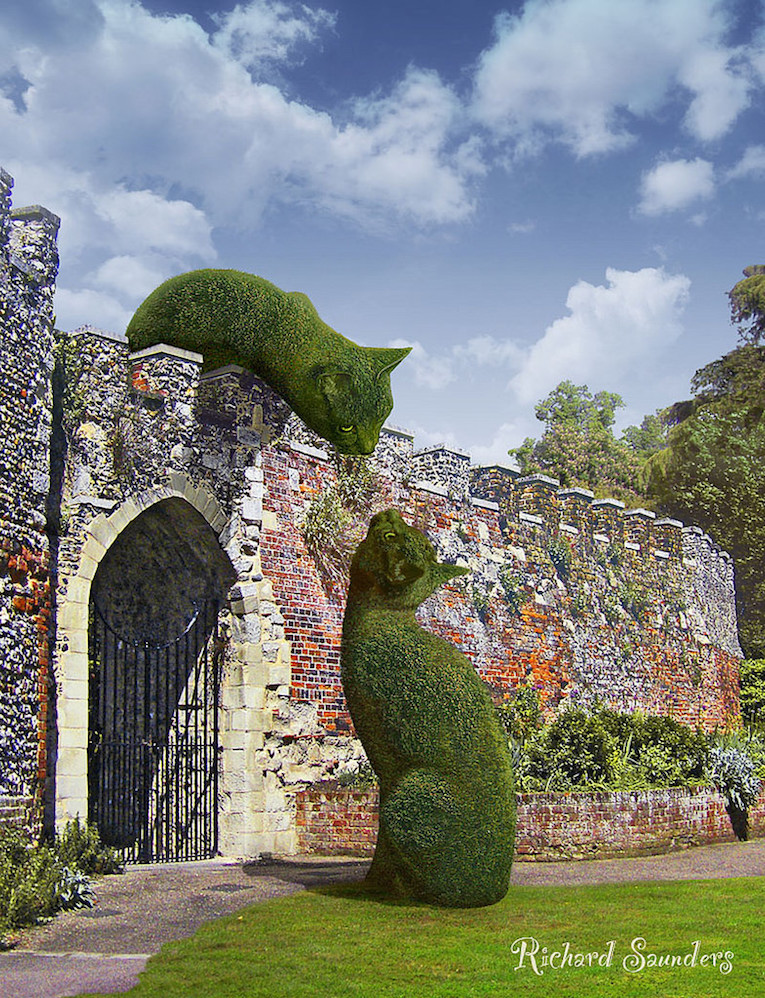 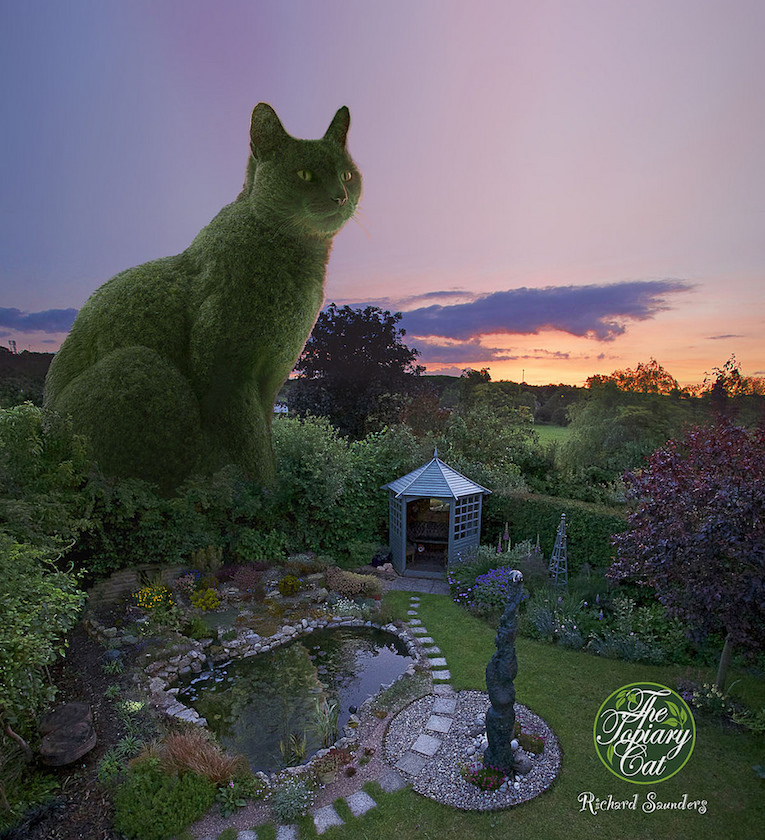 He said he always made it “very clear” that the topiary cats dotted around country estates were not real, but “about 25%” of people who saw them believed they actually existed.

Comments on The Topiary Cat’s Facebook page speak of how users “wish they were actually possible” or are “captivated” by the “inspired pictures”. 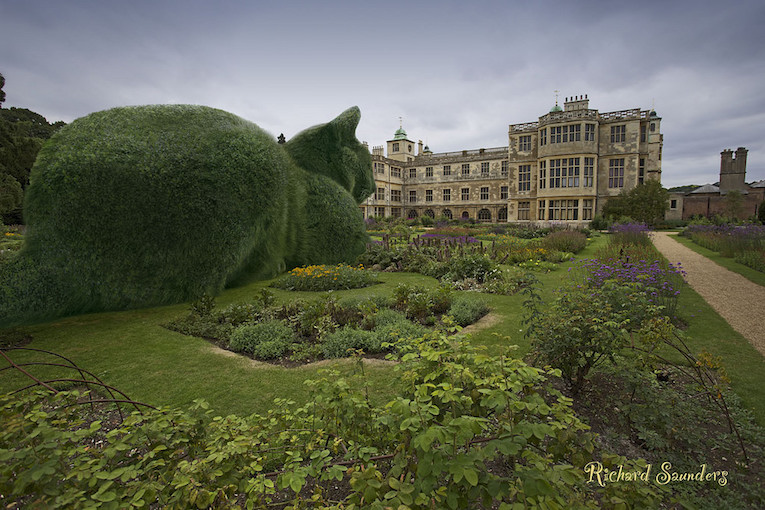 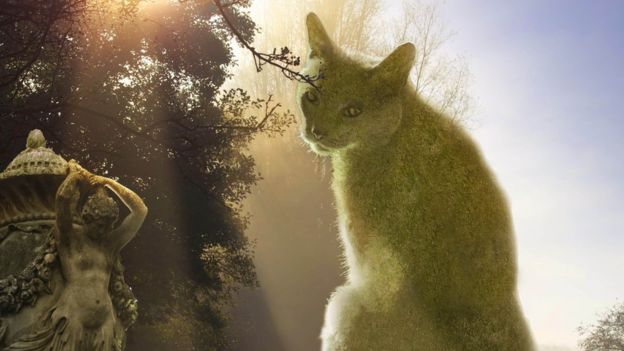 Mr Saunders said he always breaks the news to people who think they are real, adding that he would “rather be known for my art than my deception”.

“I try to correct people, but sometimes they don’t want to know and want to keep believing they’re real,” he said.