The World’s Most Beautiful Island You Never Knew Existed

by Architect K.A.
Reading Time: 5 mins read
0 0
A A
13
SHARES
114
VIEWS
Share on FacebookShare on TwitterPin to Pinterest

Moorea Is The World’s Most Beautiful Island You’ve Never Heard Of!

It almost doesn’t look real. Just northwest of Tahiti lies another island that’s part of French Polynesia, and despite how utterly stunning it is, chances are you’ve never heard of it.

Surrounded by a bright blue lagoon, the volcanically formed island of Moorea was rated as the third-best island in the world by the Conde Nast Traveler’s Readers Choice Awards. Getting to the hidden paradise is a process. Besides having to get to Papa’ete in Tahiti, travelers then travel by high-speed ferry to reach Moorea, which sits 12 miles away. But let us be the first to tell you — the island is worth the schlep. 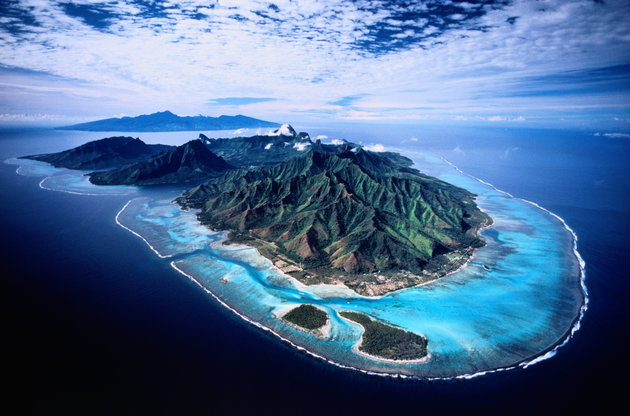 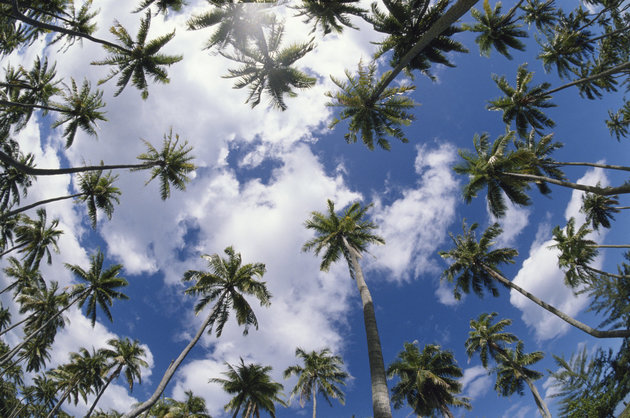 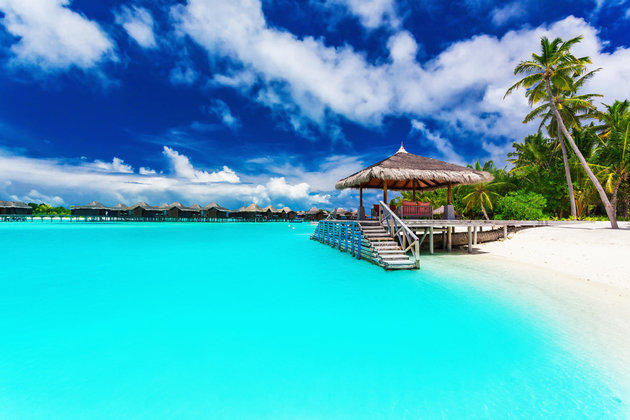 Jetty and palm trees with steps into tropical blue lagoon 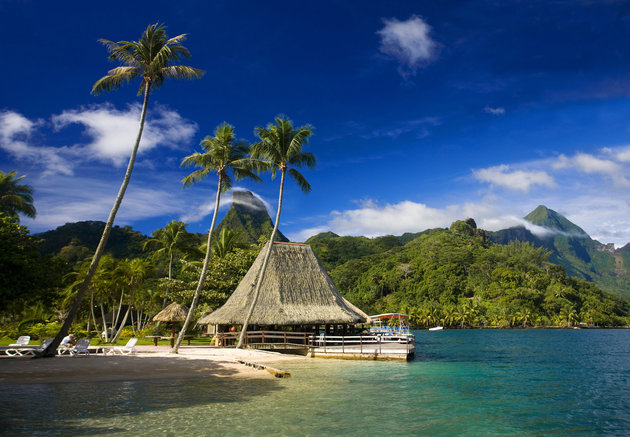 Turquoise waters shine brightly against the island’s emerald green cliffs that stand boldly above the gorgeous lagoon. Every single photo of this place looks as though it’s undergone heavy photoshopping, but as Lonely Planet confirms, the island’s spectacular beauty is only better in real life.

Snorkeling enthusiasts will waste no time hitting the Lagoonarium de Moorea, a protected part of the water where you can see one of the most vibrant coral reefs of your life. Swim among sharks, rays and more fish than you could ever imagine. 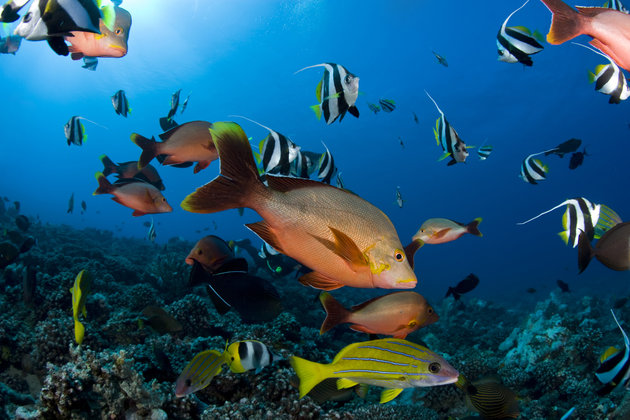 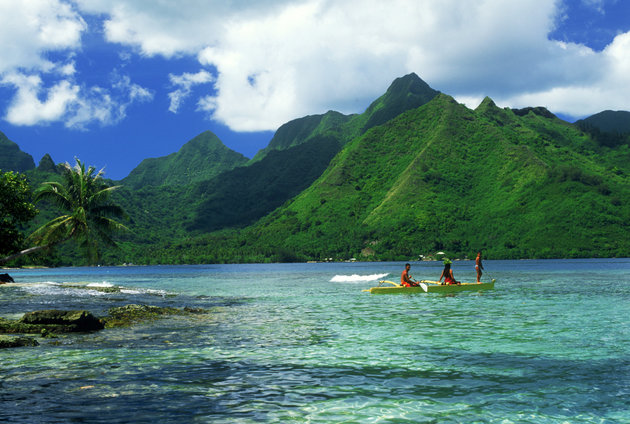 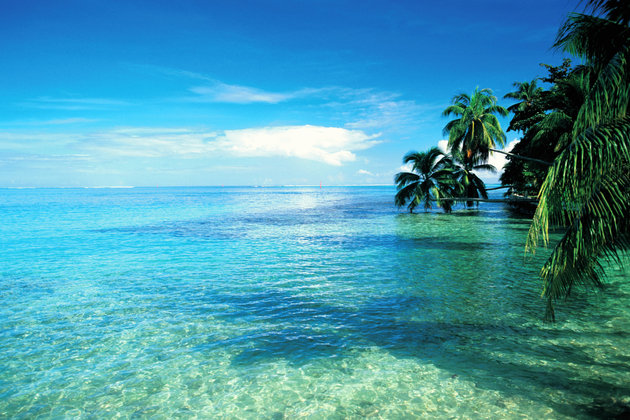 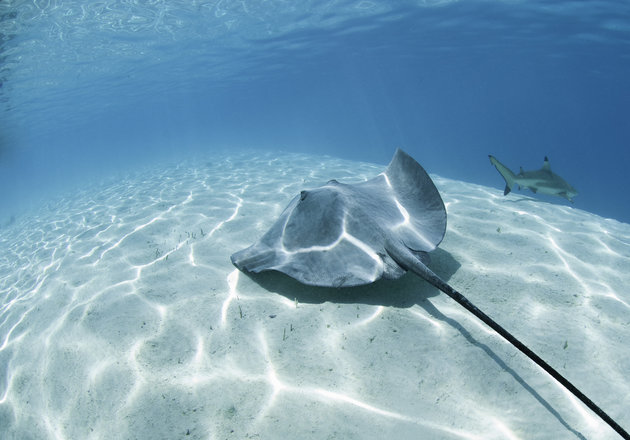 While some visitors will choose to reside at the island’s incredibly luxurious resorts, others can cozy up at more affordable hotels and pensions (guesthouses), where they can enjoy the warm waters and brilliant sunsets without breaking the bank.

For those looking for more action, hike the island’s lush hills, hop on a whale or dolphin watch or take to the water by kayak. But if it were up to us, we’d simply sit on Moorea’s white sand beaches, swim in its crystal clear water and take in its epic sunsets. And then we’d stay there forever. 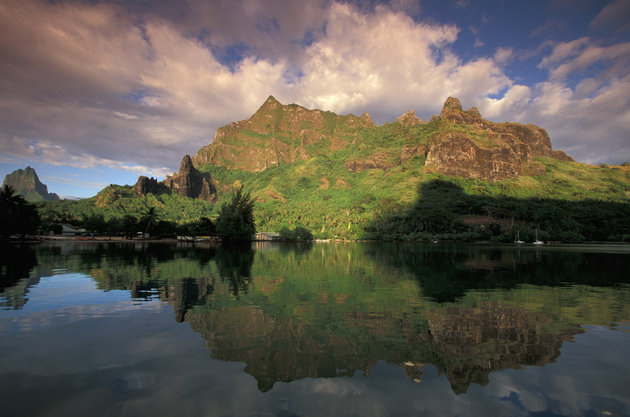 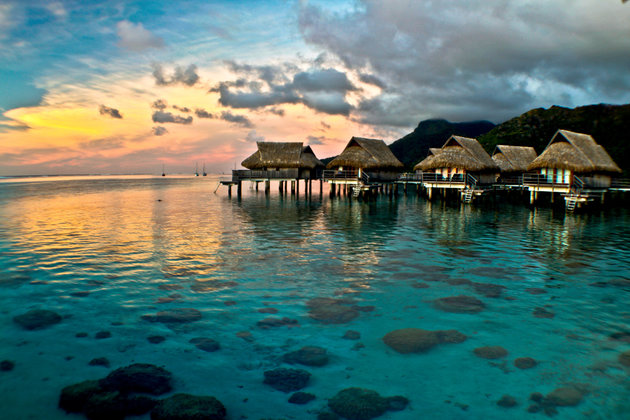 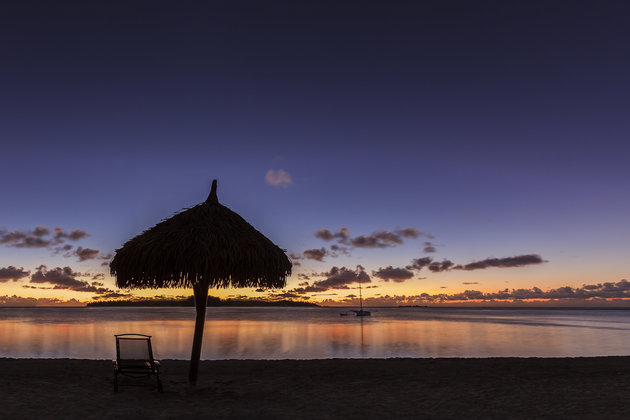 Beach Hut and Beach Chair at Dusk in Idyllic Beach

The Top 50 Cities To See In Your Lifetime