The 26 Happiest, Richest, Healthiest, And Most Crime-Free Countries In The World

by Architect K.A.
Reading Time: 12 mins read
0 0
A A
6
SHARES
27
VIEWS
Share on FacebookShare on TwitterPin to Pinterest

On Monday, the Legatum Institute, a think tank based in London, released its annual global Prosperity Index. This extensive survey ranks what it calls the most prosperous countries in the world. The amount of money a country has is one factor of prosperity, but the Legatum Institute considered more than that in its ranking.

The organization compared 89 variables to come up with its list. These variables include traditional indicators like the per-capita gross domestic product and the number of people in full-time work, but also more interesting figures such as the number of secure internet servers a country has and how well rested people feel daily.

The variables are then split into eight subindexes: economy, entrepreneurship and opportunity, governance, education, health, safety and security, personal freedom, and social capital.

The Index looked at the 142 countries in the world that have the most available data. Here are the results:

26. Czech Republic — The nation in Central Europe has jumped three places this year. In the economy subindex, it was rated very highly — 13th — but it performed poorly in the Index’s social-capital ranking. 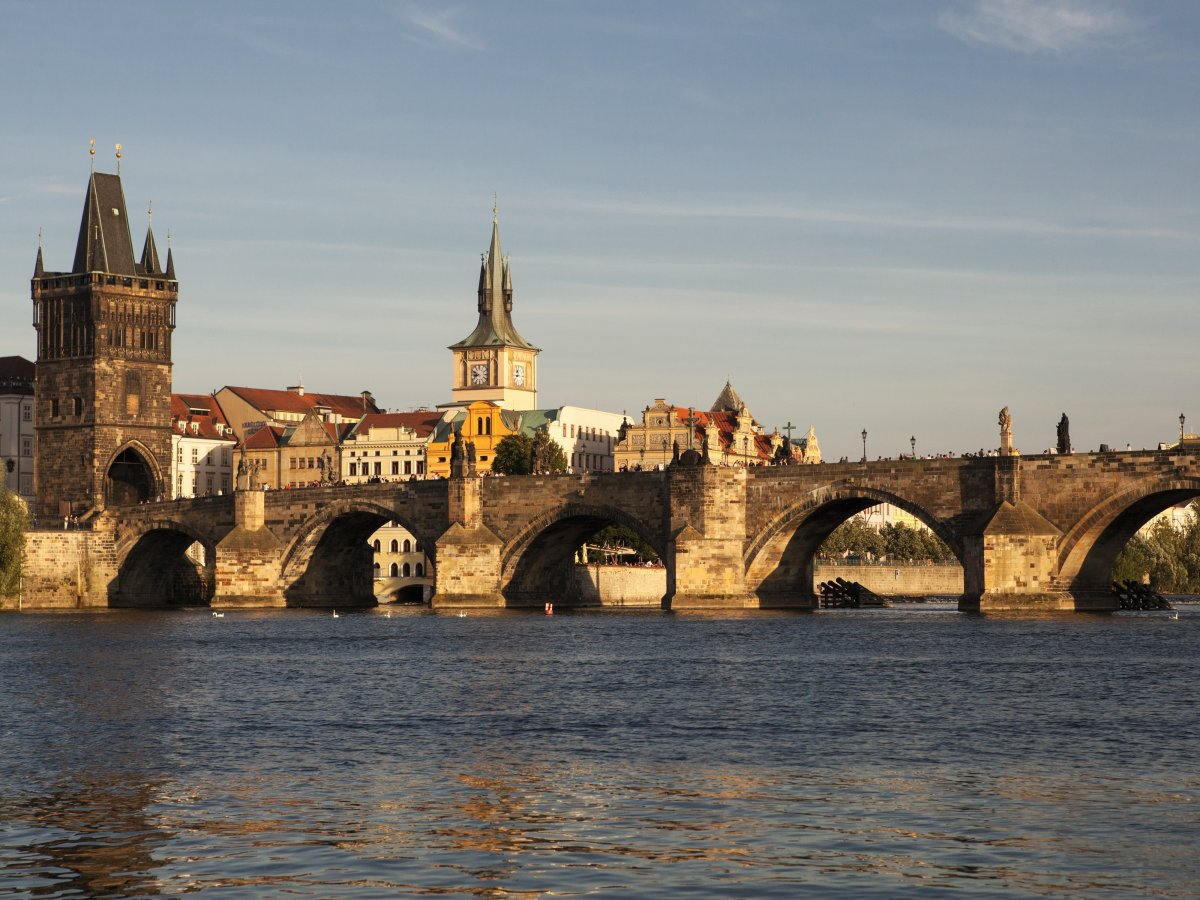 The Charles Bridge in Prague.

25. Slovenia — As with the Czech Republic, education in Slovenia scored very highly. However, finishing 58th out of 142 in the economic Index meant Slovenia fell one place this year. 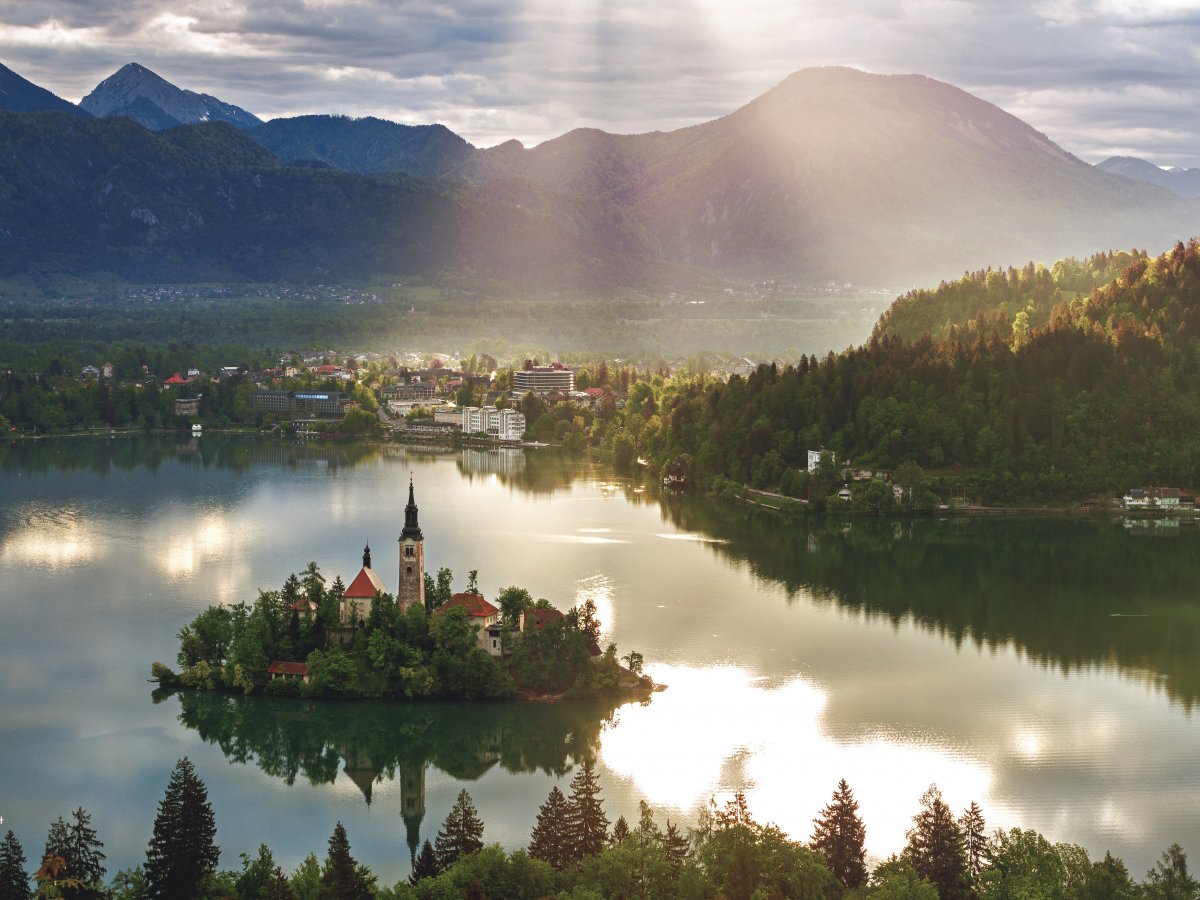 24. Spain — The most popular holiday destination for Brits scored well across the board, but top scores for education and personal freedom pushed Spain into the top 25. 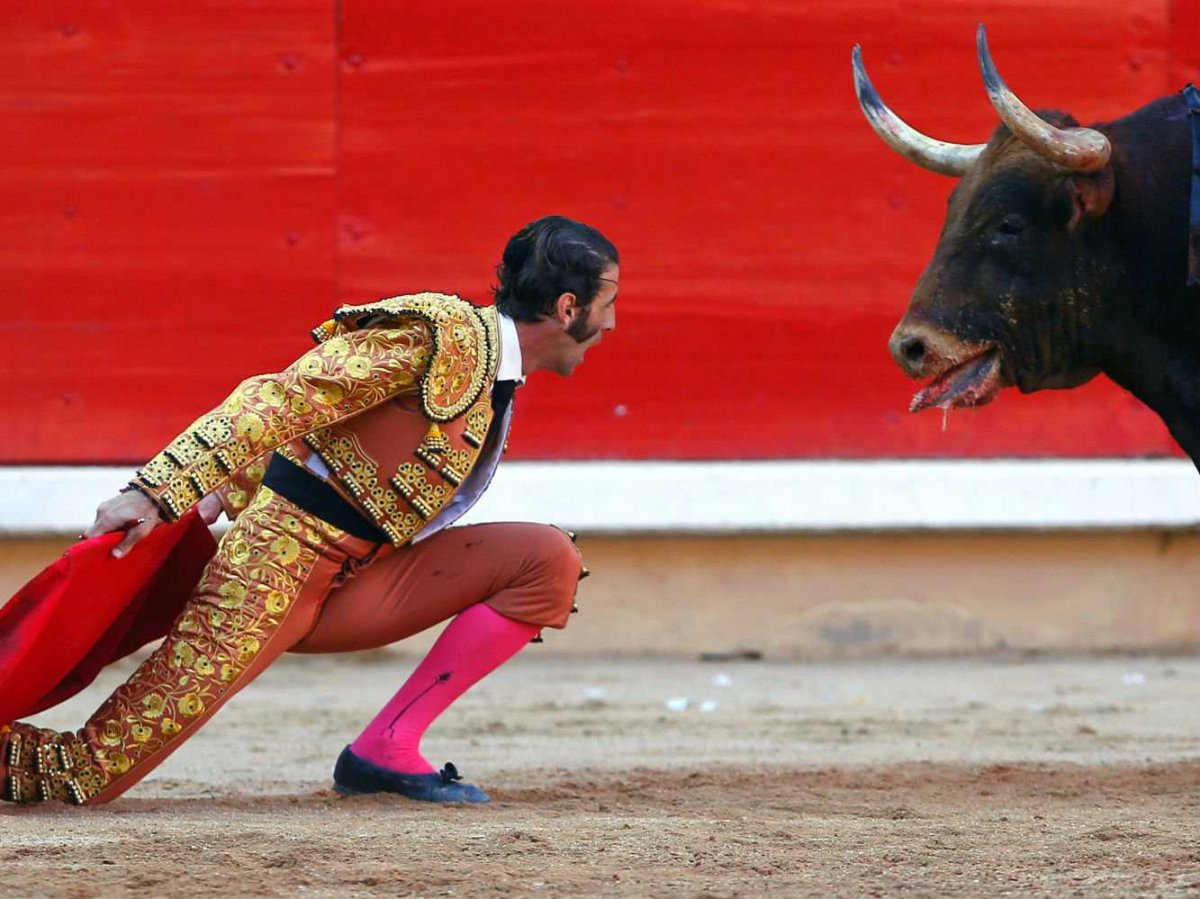 The last bullfight of the San Fermin festival in Pamplona was in 2012.

23. Malta — Even though Malta’s education system ranked 42nd, strong scores in all other subindexes mean Malta kept the same position as last year in the Prosperity Index. 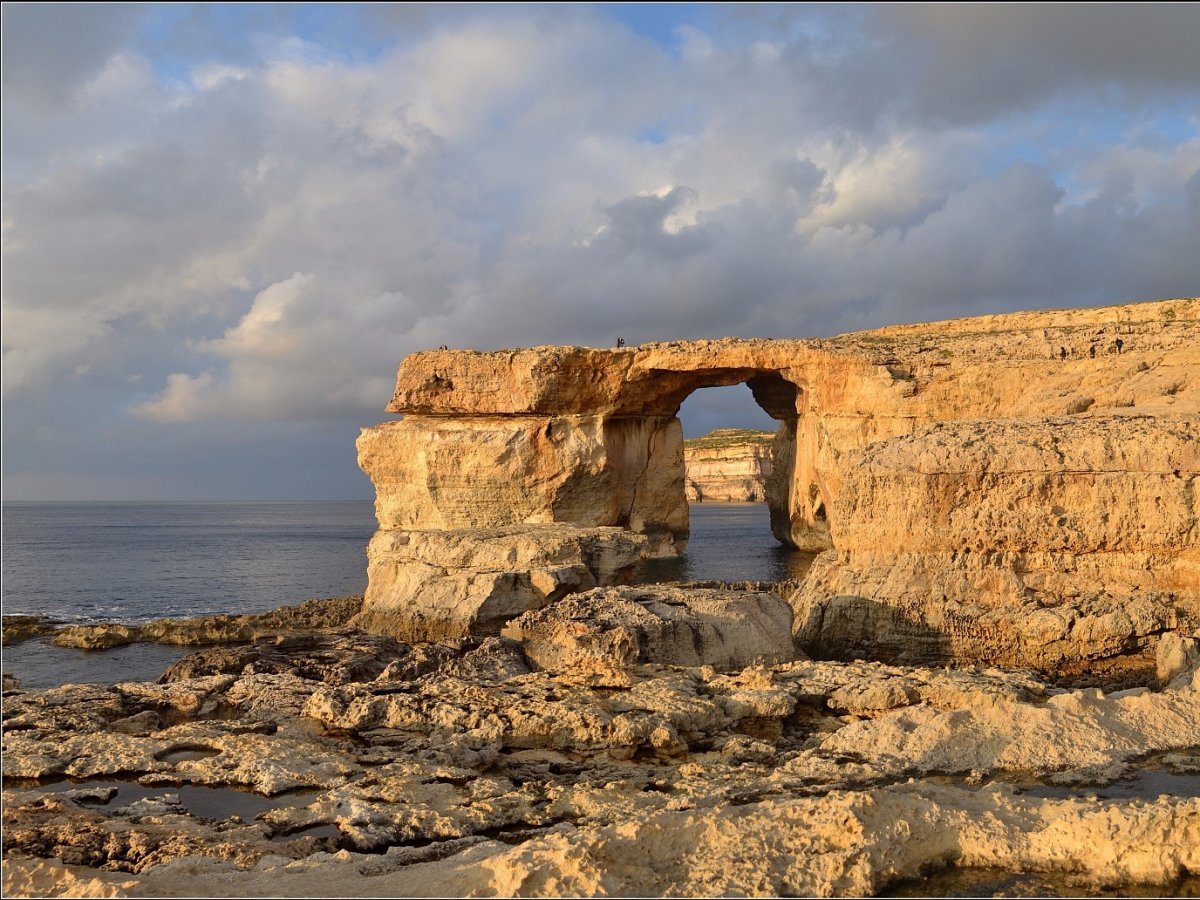 The Azure Window is a limestone rock formation in Malta. It was once used as a location in HBO’s “Game of Thrones.”

22. France — France has fallen in this year’s ranking. Its health score was eighth overall, but a low social-capital score pushed it outside the top 20 for the third time in four years. 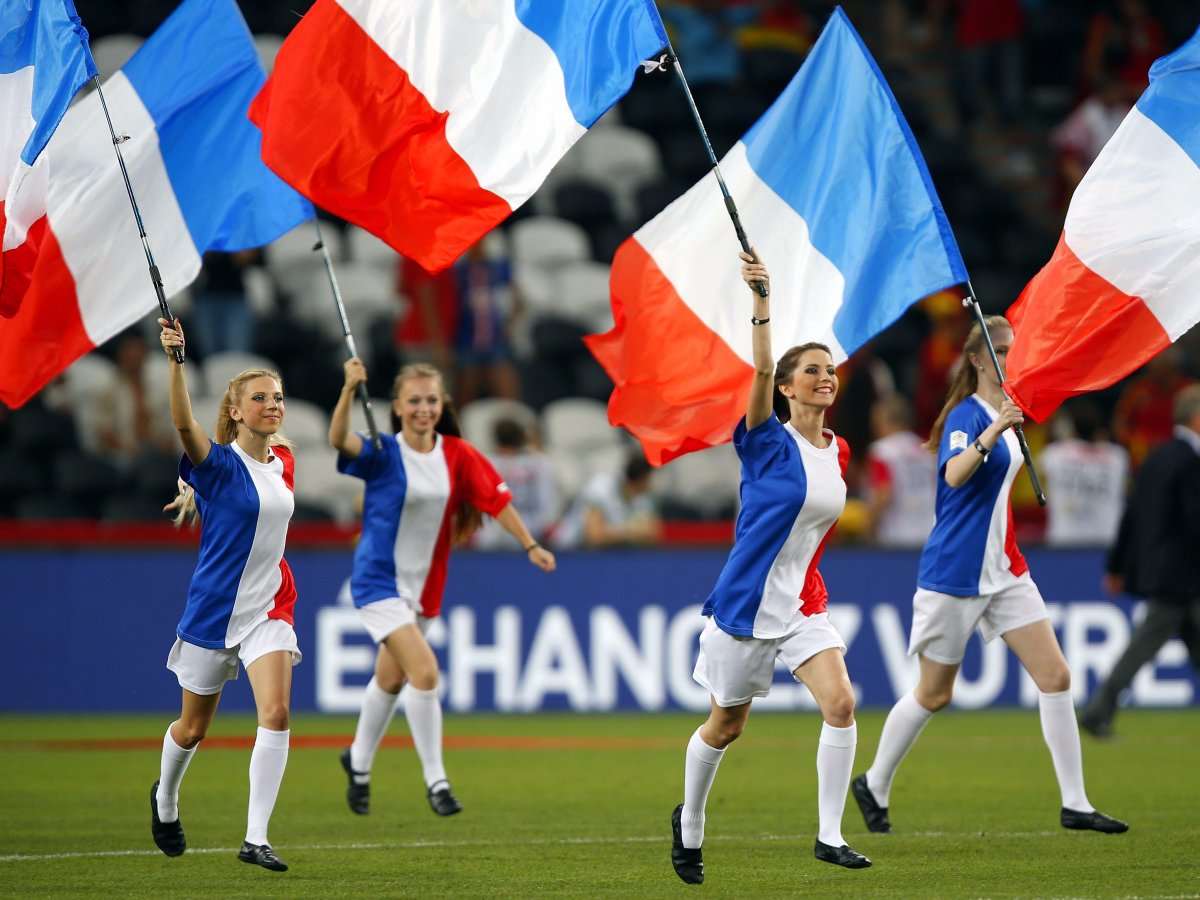 Performers with French flags dancing before the start of the Euro 2012 quarterfinal soccer match between Spain and France in Donetsk.

21. Taiwan — The island is just outside the top 20 after being boosted by strong safety and security performance, ranking sixth. 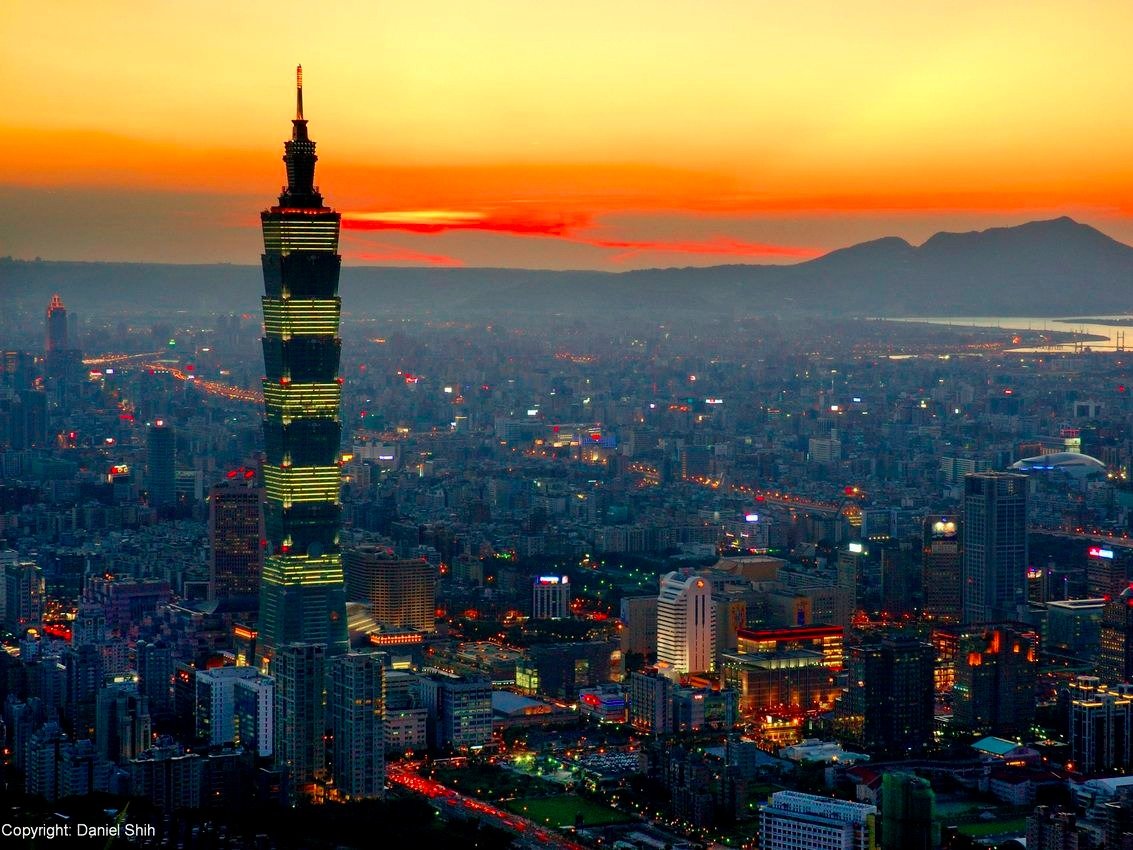 Taipei, Taiwan’s capital, at sunset. The world’s second-largest building, Taipei 101, can be seen in the foreground.

20. Hong Kong — People in Hong Kong can enjoy being top of the pile regarding safety and security and in the top 10 for entrepreneurship and opportunity. 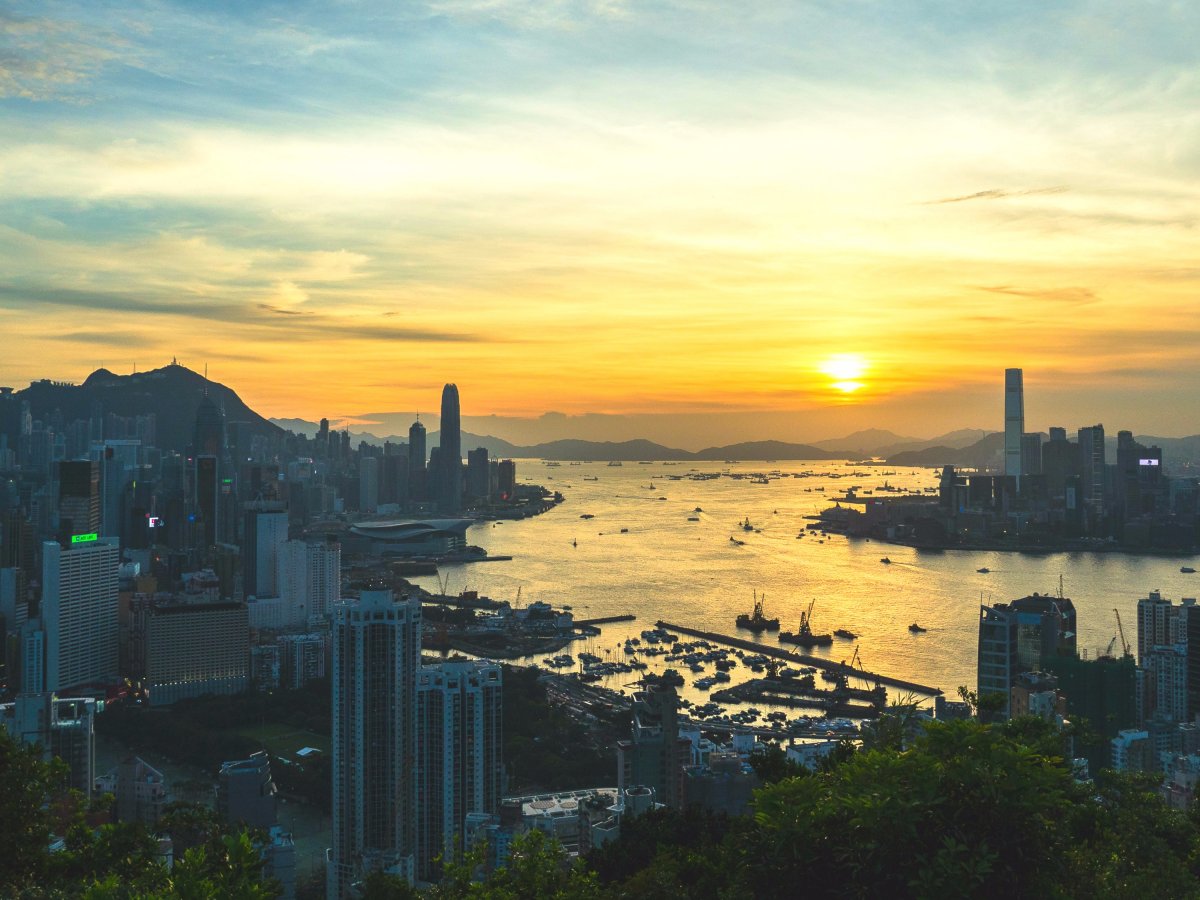 19. Japan — Citizens in Japan, are the seventh-healthiest on earth, according to the Prosperity Index, but the country is 33rd in terms of personal freedom, lowering its overall ranking. 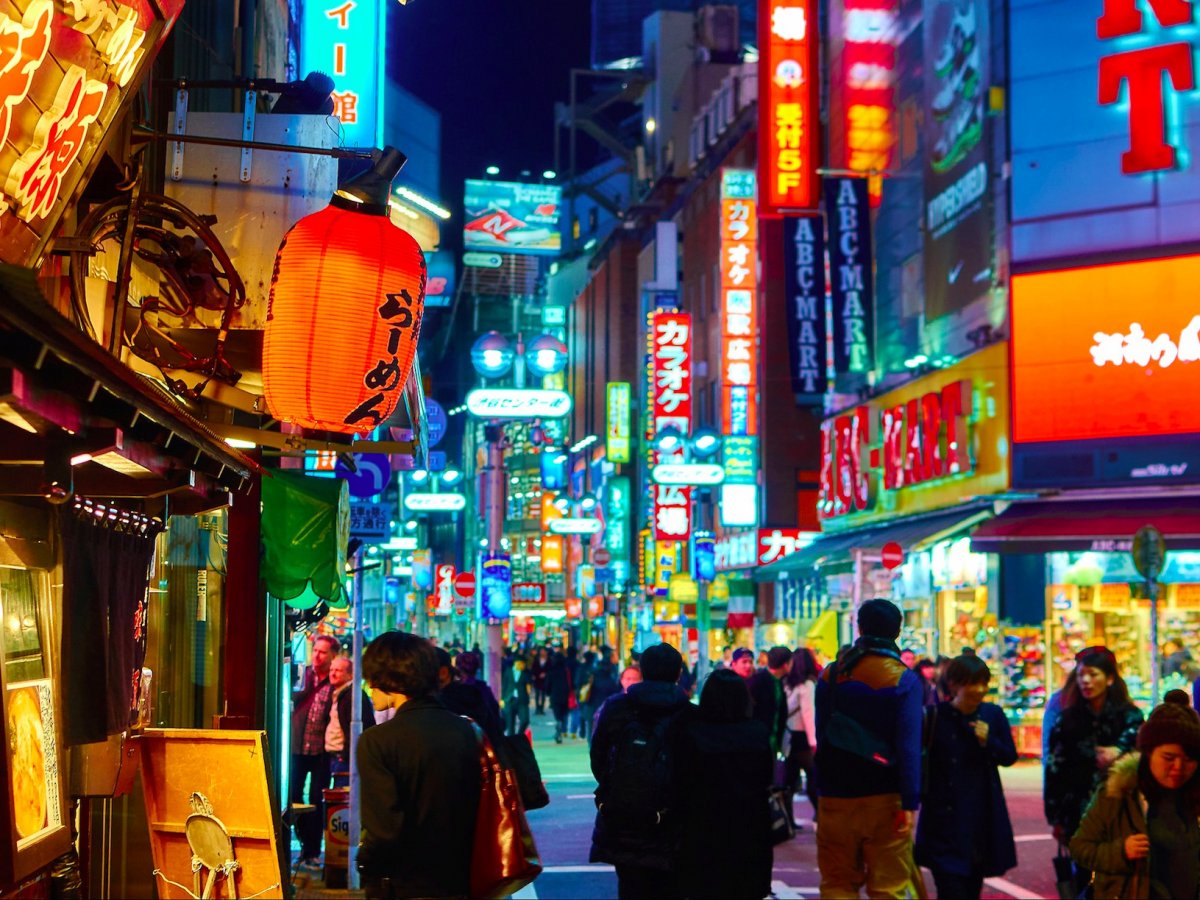 The streets around the Shibuya station are in the middle of Tokyo.

18. Belgium — Ranked inside the top 25 in every subindex, Belgium scored best on health (10th). Despite that, it fell by one place in the Prosperity Index this year. 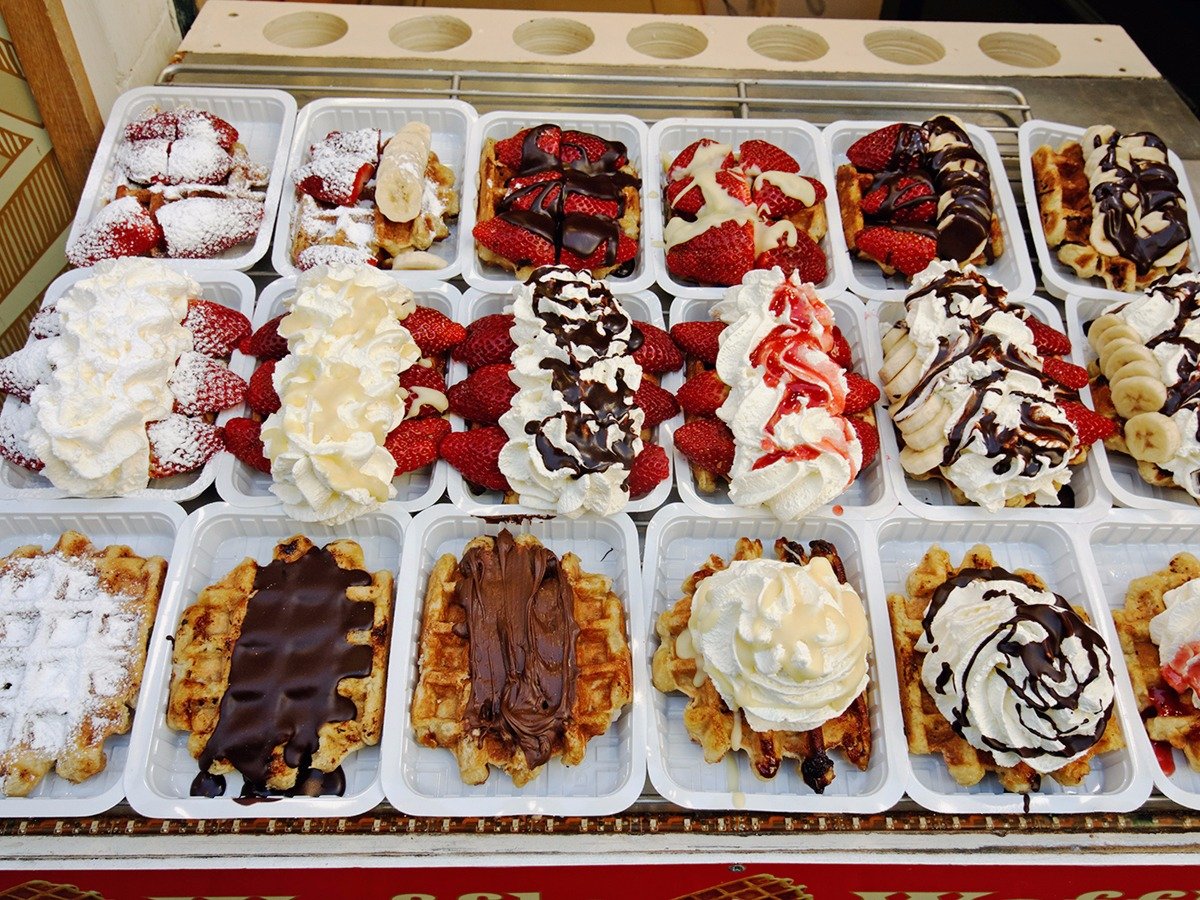 Belgian waffles are one of the country’s best-known delicacies.

17. Singapore — Singapore swapped places with Belgium in this year’s Index and was helped by finishing first in the economy subindex. 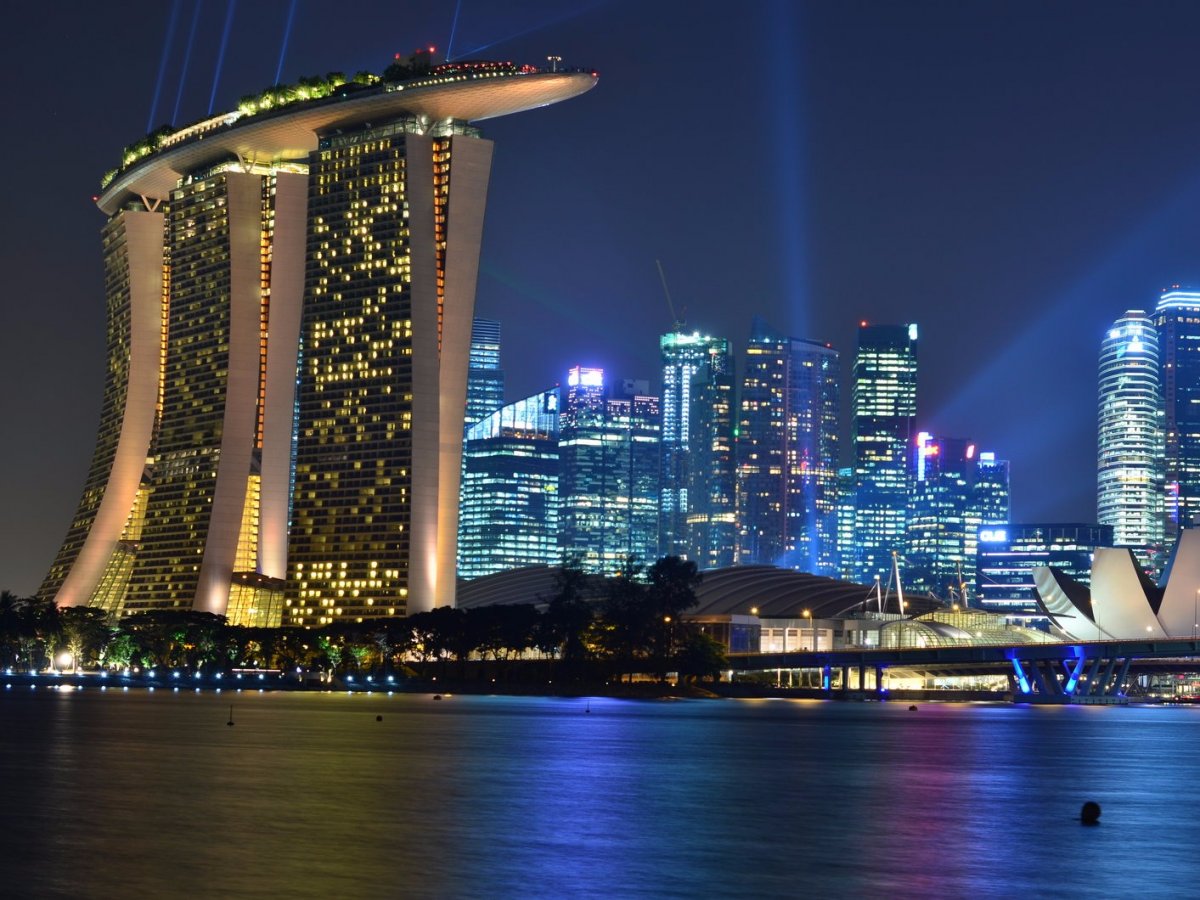 A view across Singapore’s harbor to the Financial District at night.

16. Austria — Finishing in the top 10 in health, entrepreneurship, and opportunity — wasn’t enough to stop Austria from sliding one place this year. 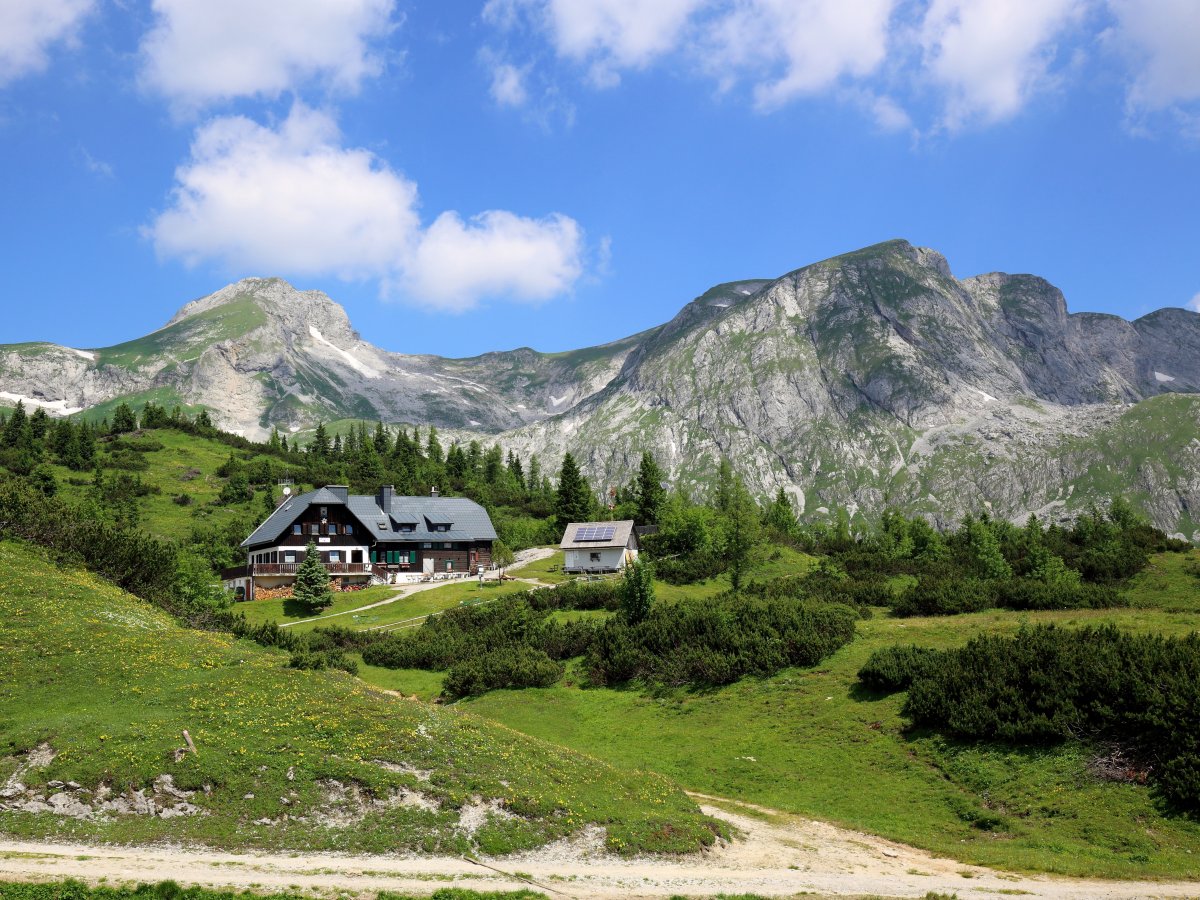 The Sonnschienhütte in the Austrian Alps.

15. United Kingdom — Britain fell two places this year, partly by finishing outside the top 20 in the education and safety indexes. 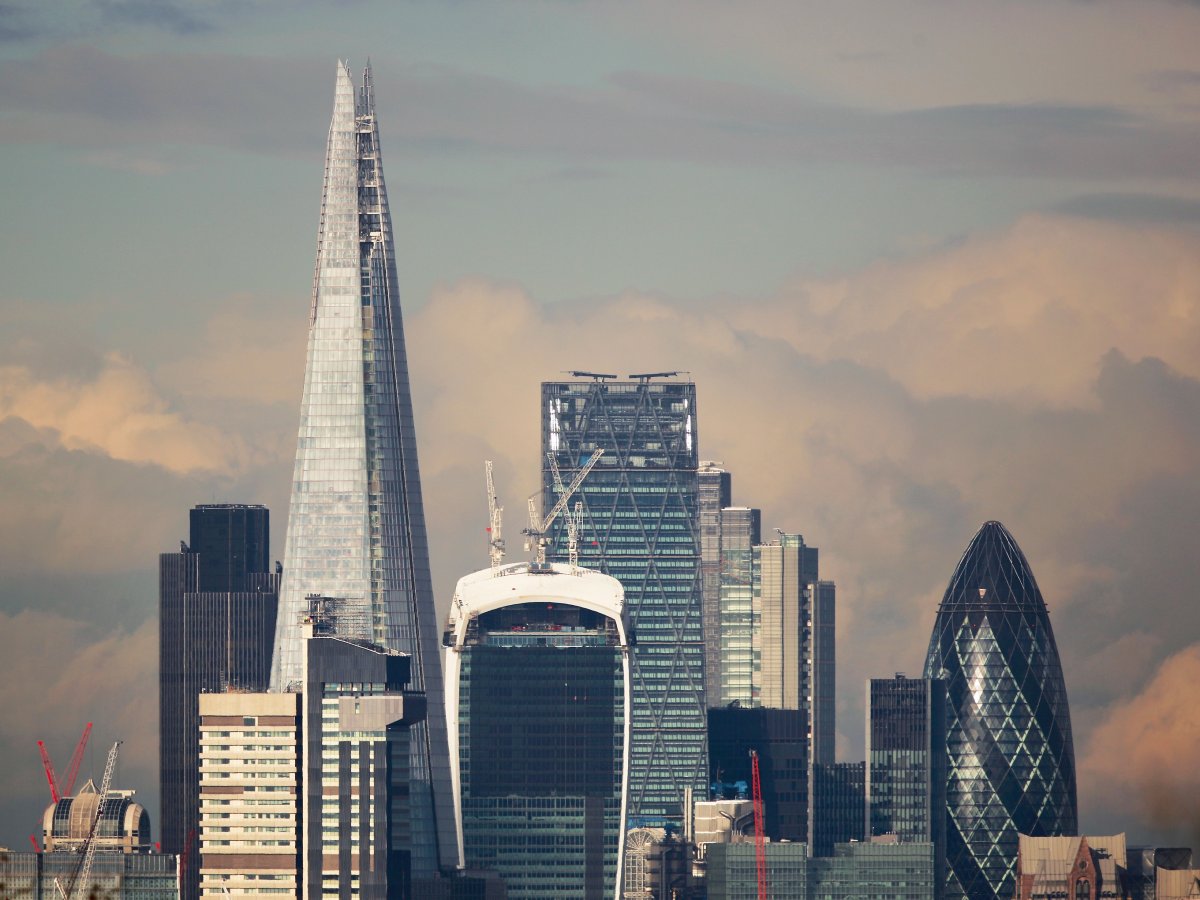 London, seen from a distance.

14. Germany — According to the Prosperity Index, Germany has the fifth-best economy in the world, helping it stay 14th for the fourth year. 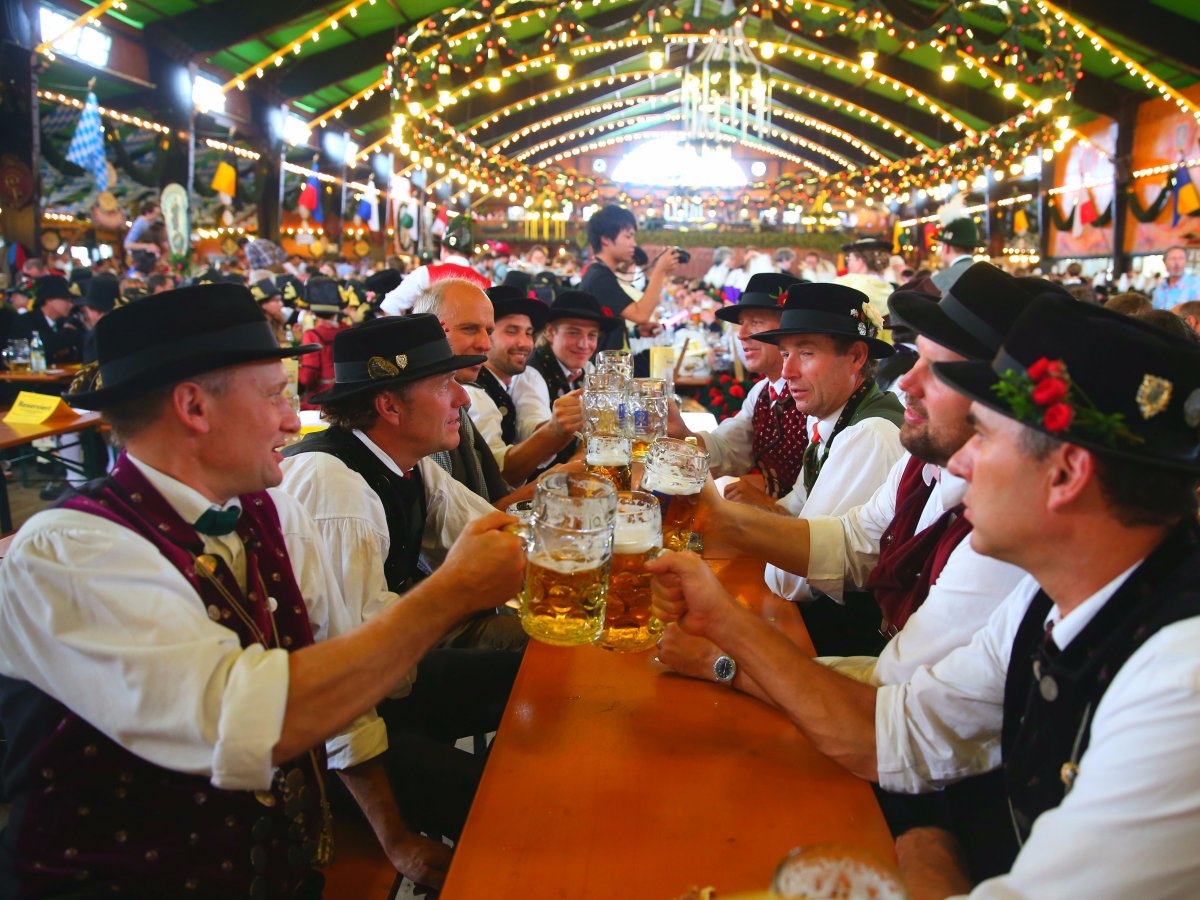 Men in traditional Bavarian clothing after the Parade of Costumes and Riflemen on the second day of the 2014 Oktoberfest at Theresienhoehe on September 21, 2014, in Munich.

13. Luxembourg — citizens enjoy high levels of personal freedom and health, strong governance, and a good economy, helping it rise from 16th in 2014 to 13th this year. 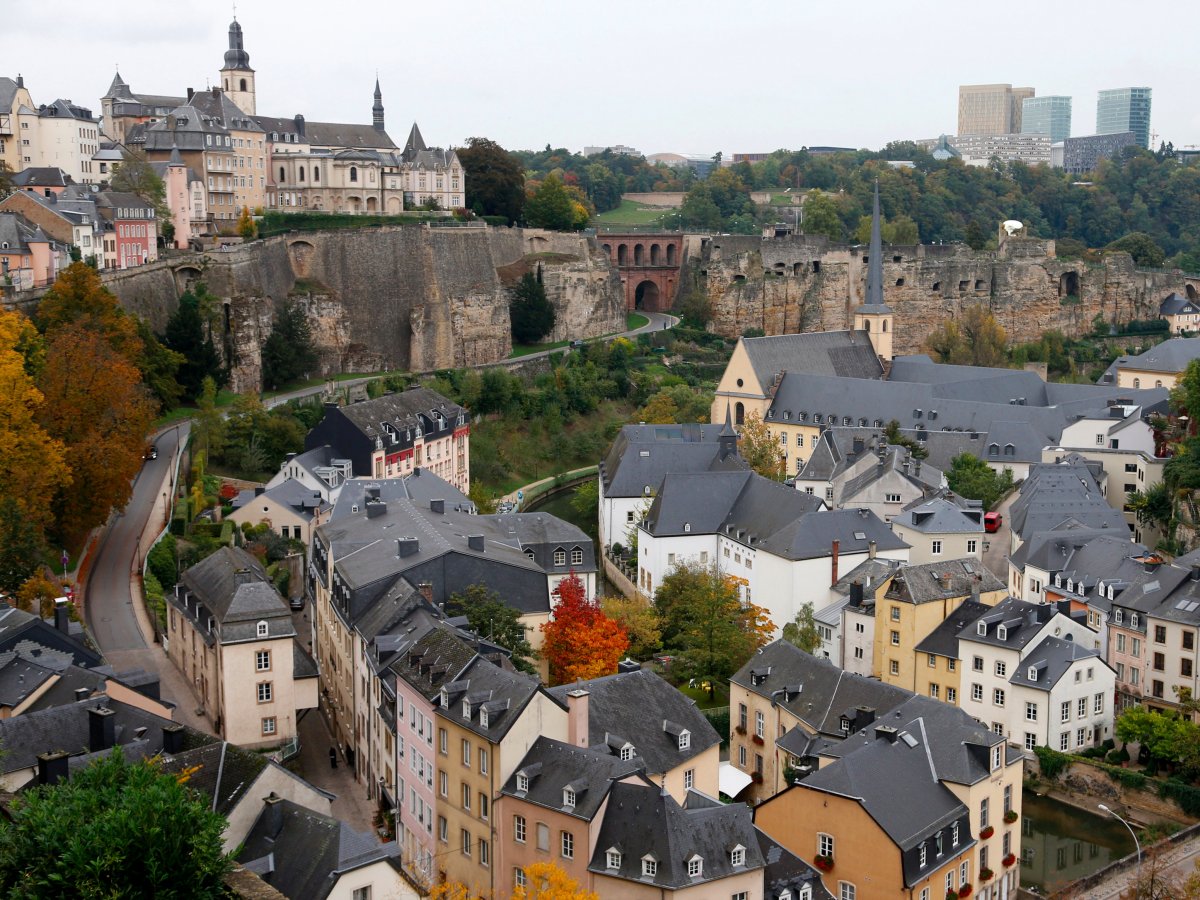 Luxembourg’s capital, and by far its largest city, Luxembourg City

12. Iceland — The north Atlantic nation finished in the top five in three subindexes: personal freedom, safety and security, and entrepreneurship and opportunity. This wasn’t enough to stop it from falling from the 2014 index. 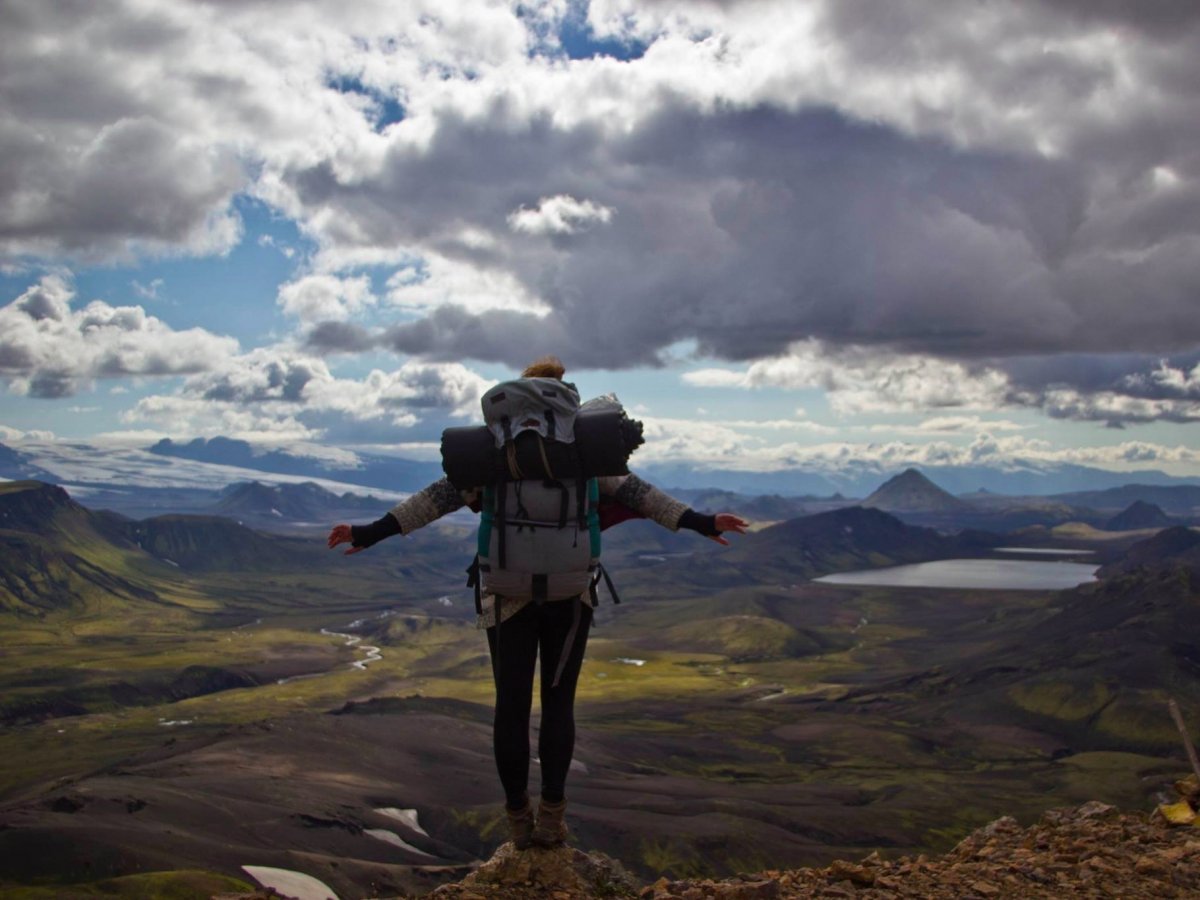 A tourist looks over from Landmannalaugar to Þorsmörk in southwest Iceland.

11. The United States — The world’s most powerful country scored higher than any other in the Legatum Institute’s health category. Still, its citizens are among the least safe and secure on this list. The USA was 33rd in this subindex. 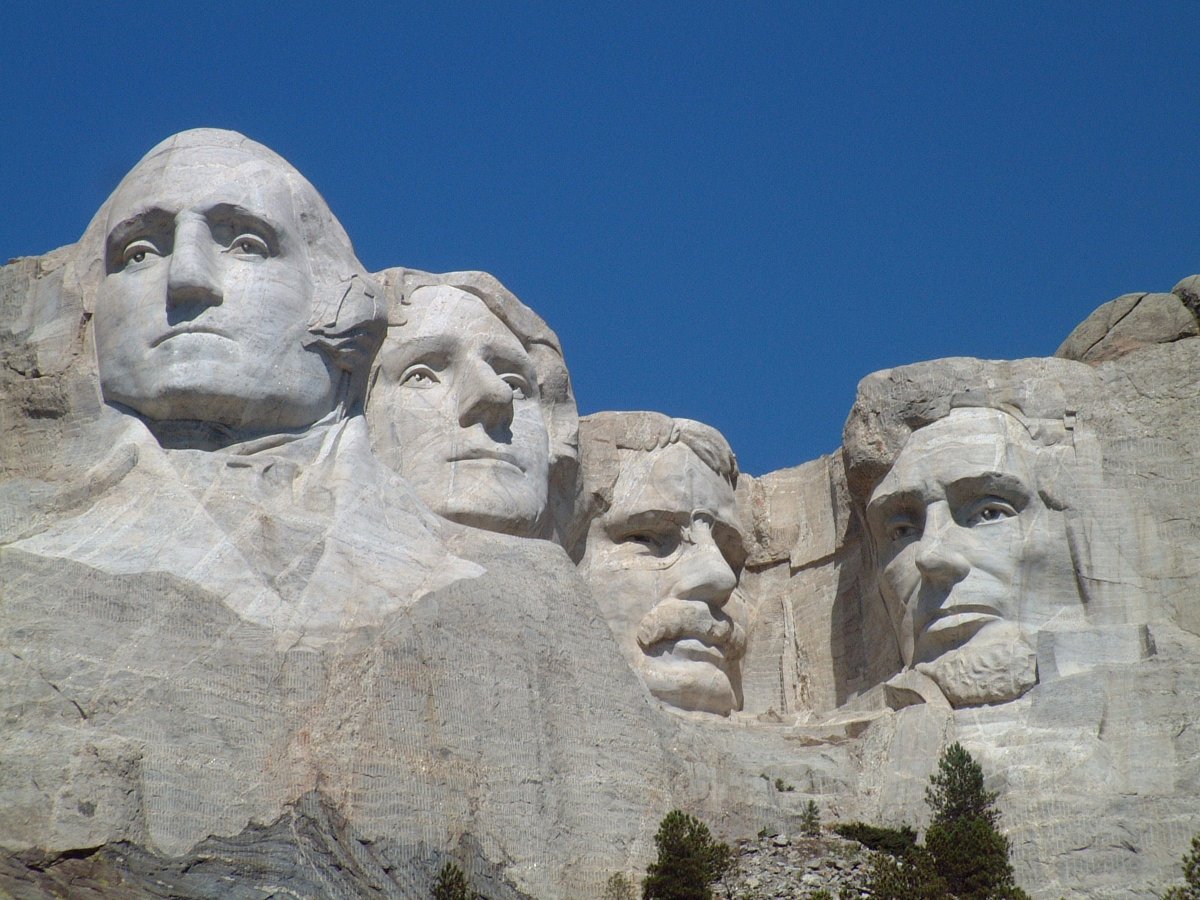 10. Ireland — Ireland jumped two places in this year’s Index, thanks to finishing fourth in safety and security. 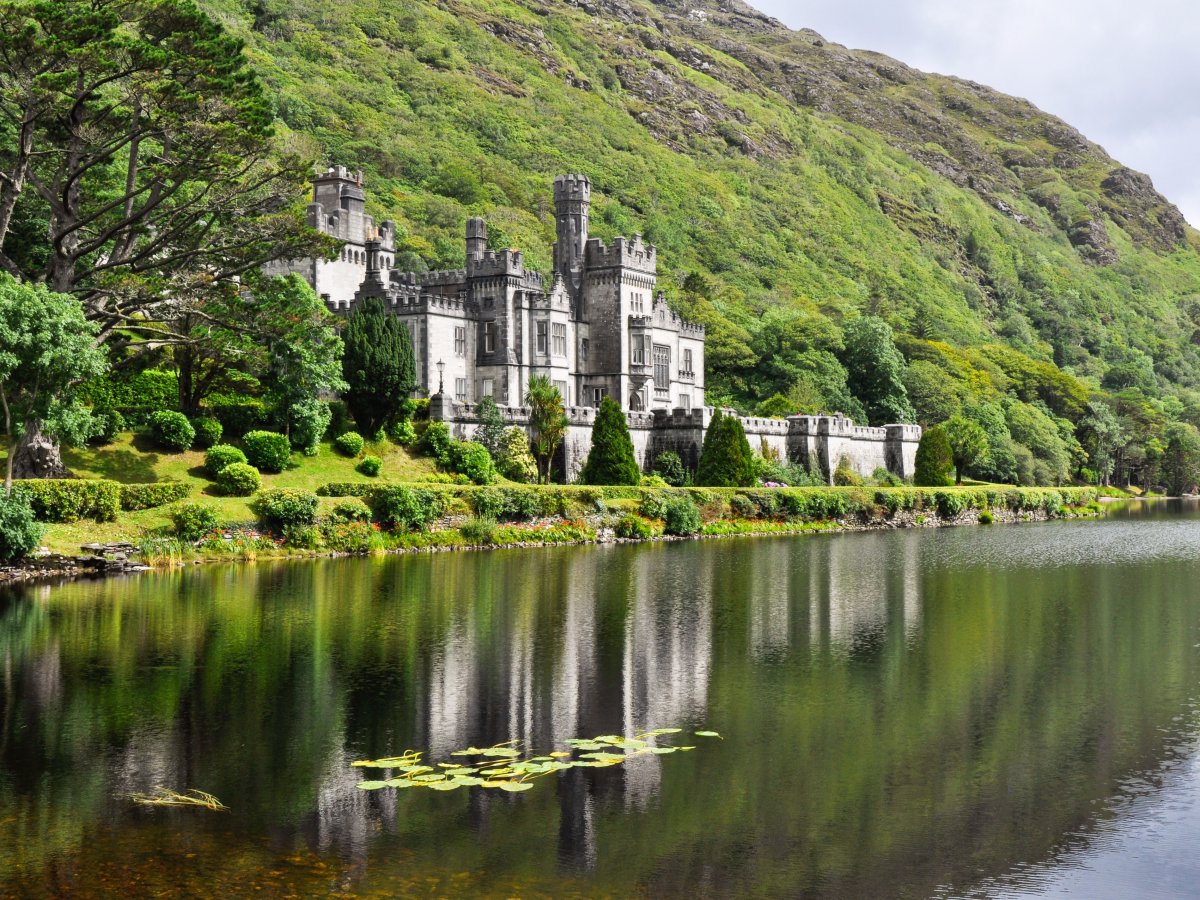 09. Finland — The Finnish enjoy the fifth-best governance performance in the world, but their relatively poor economy, ranked 33rd, has helped push the country down from eighth last year. 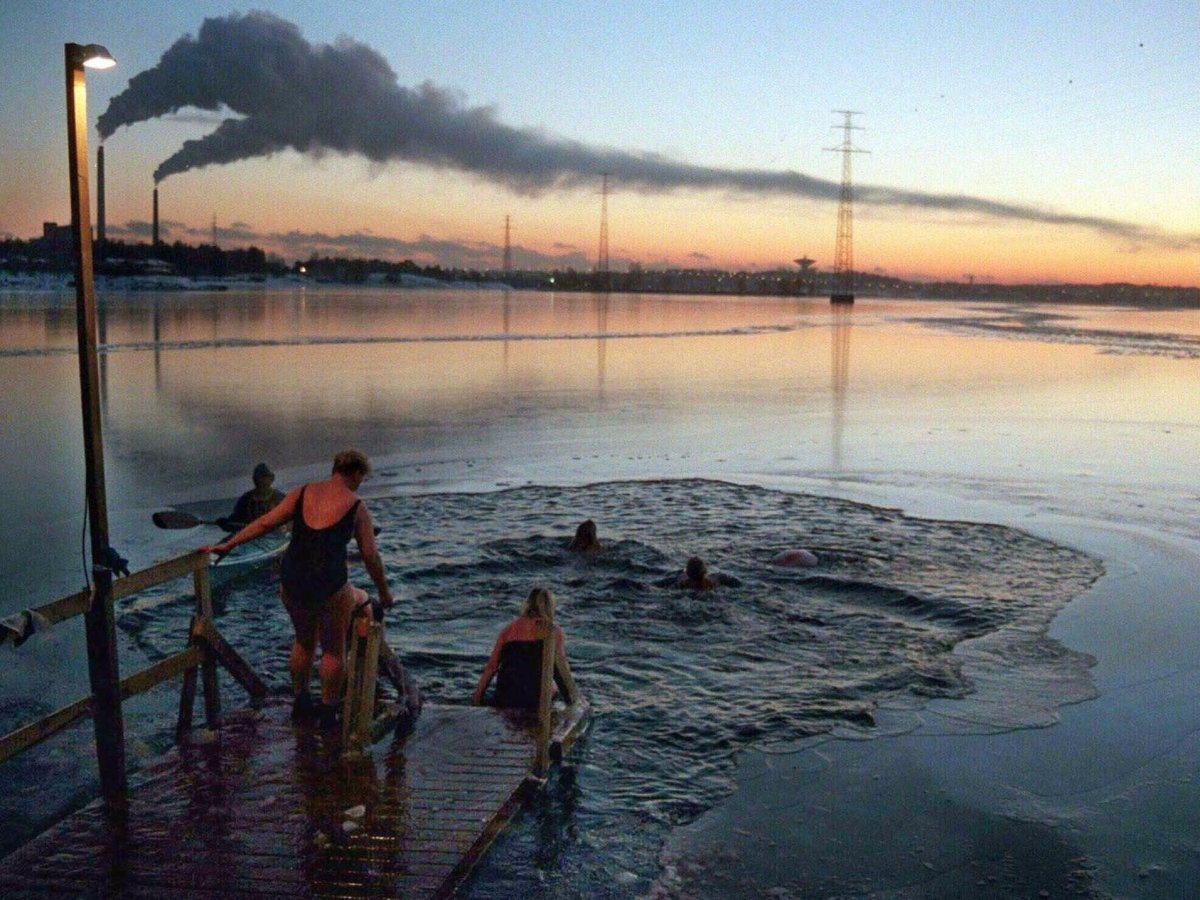 Finnish citizens take a post-sauna dip. Ninety percent of Finns visit a sauna at least once a week.

08. Netherlands — Gaining one place in this year’s Index, the Netherlands is ranked highly in education, health, and personal freedom. 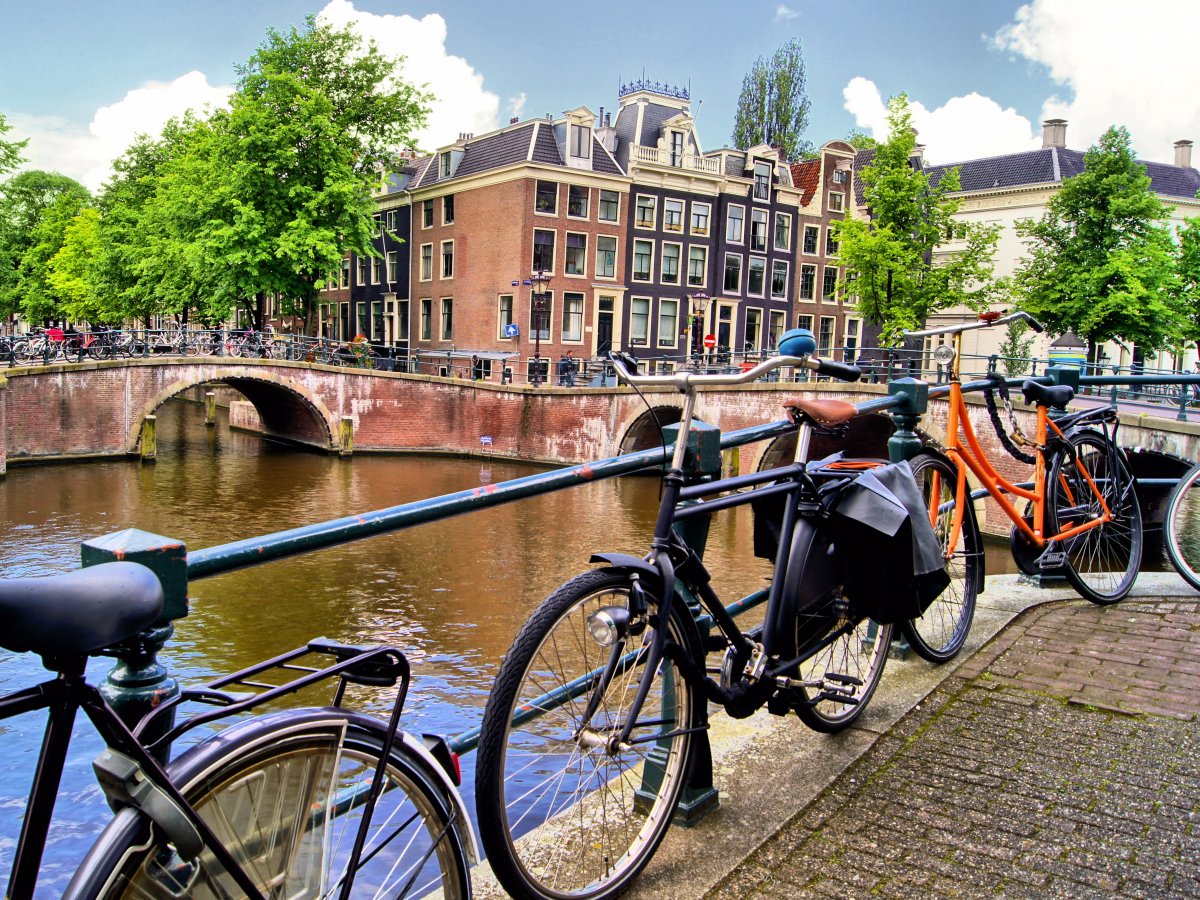 One of Amsterdam’s canals.

07. Australia — The country has ranked seventh for three consecutive years, and this year the Prosperity Index rated it as having the world’s best education system. 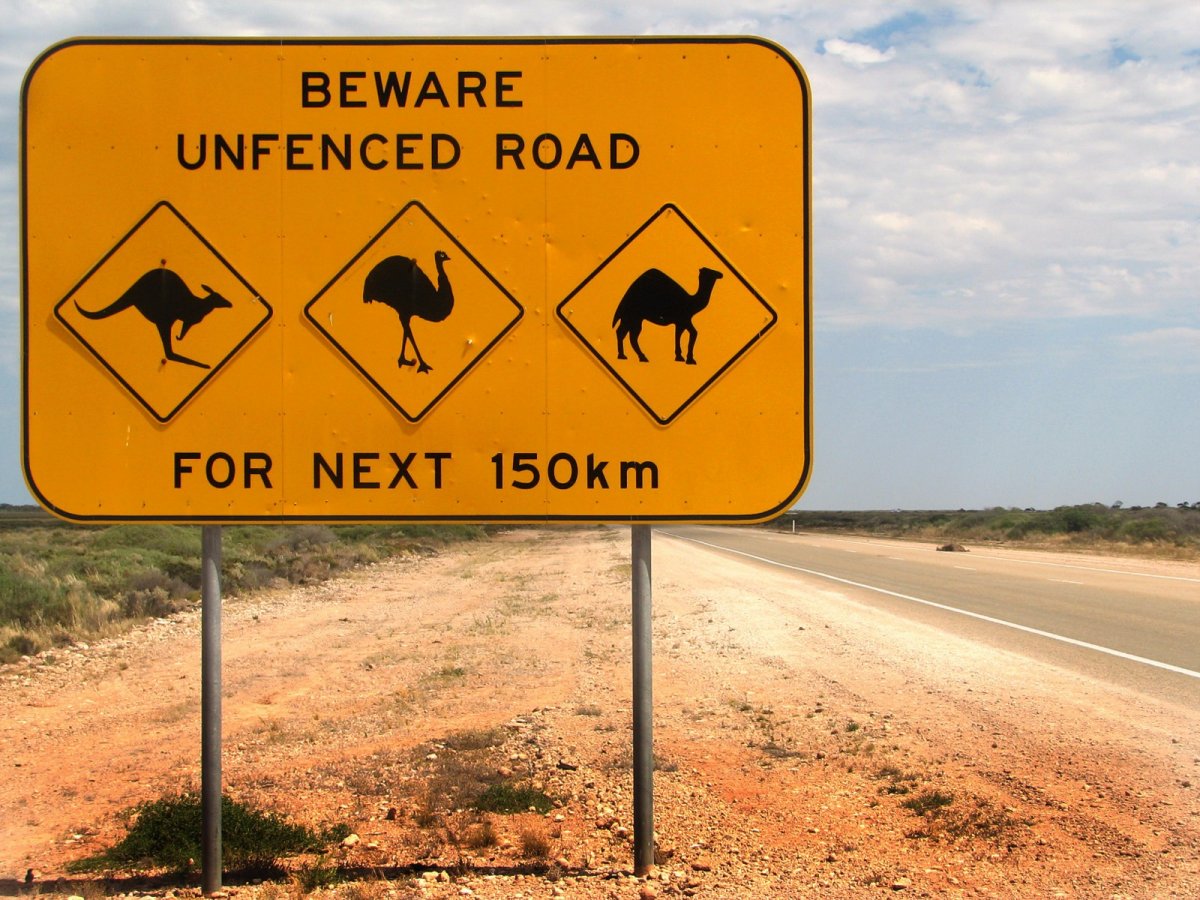 A road sign warning of the dangers of some of Australia’s better-known wildlife.

06. Canada — According to the Prosperity Index, Canada is the actual land of the free, as its citizens enjoy the highest levels of personal freedom of any nation surveyed. It fell one place from last year. 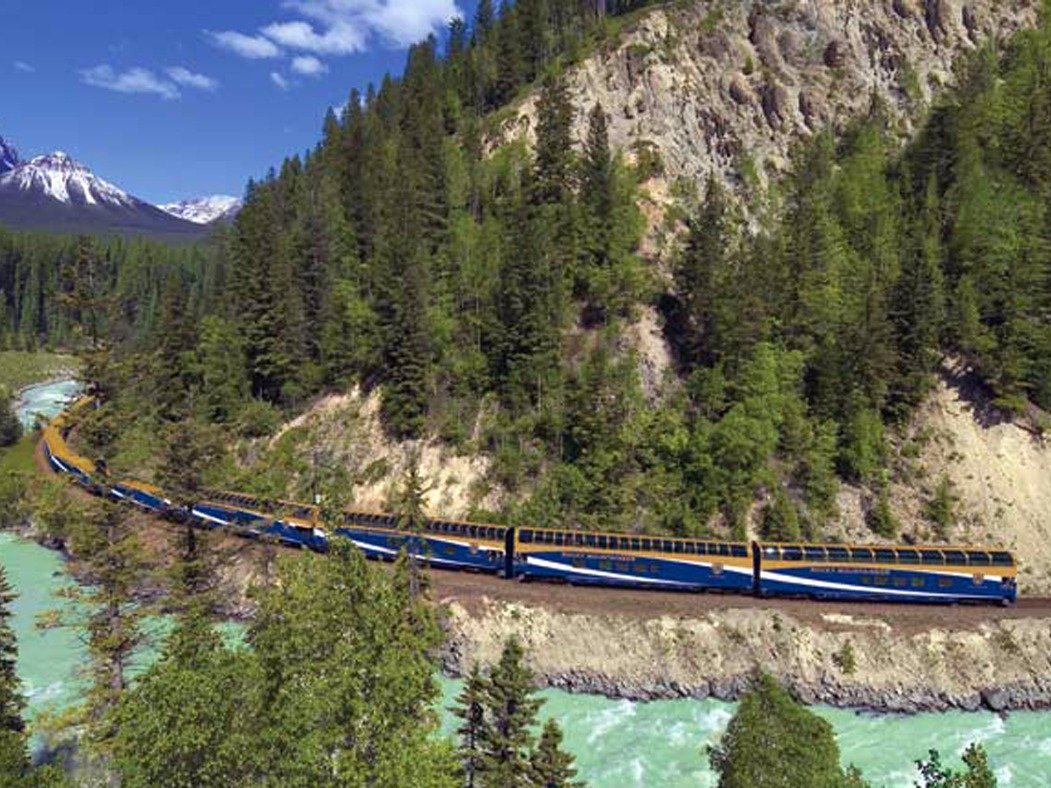 05. Sweden — Swedes are blessed with the world’s highest levels of entrepreneurship and opportunity, helping the country gain one place in this year’s Index. 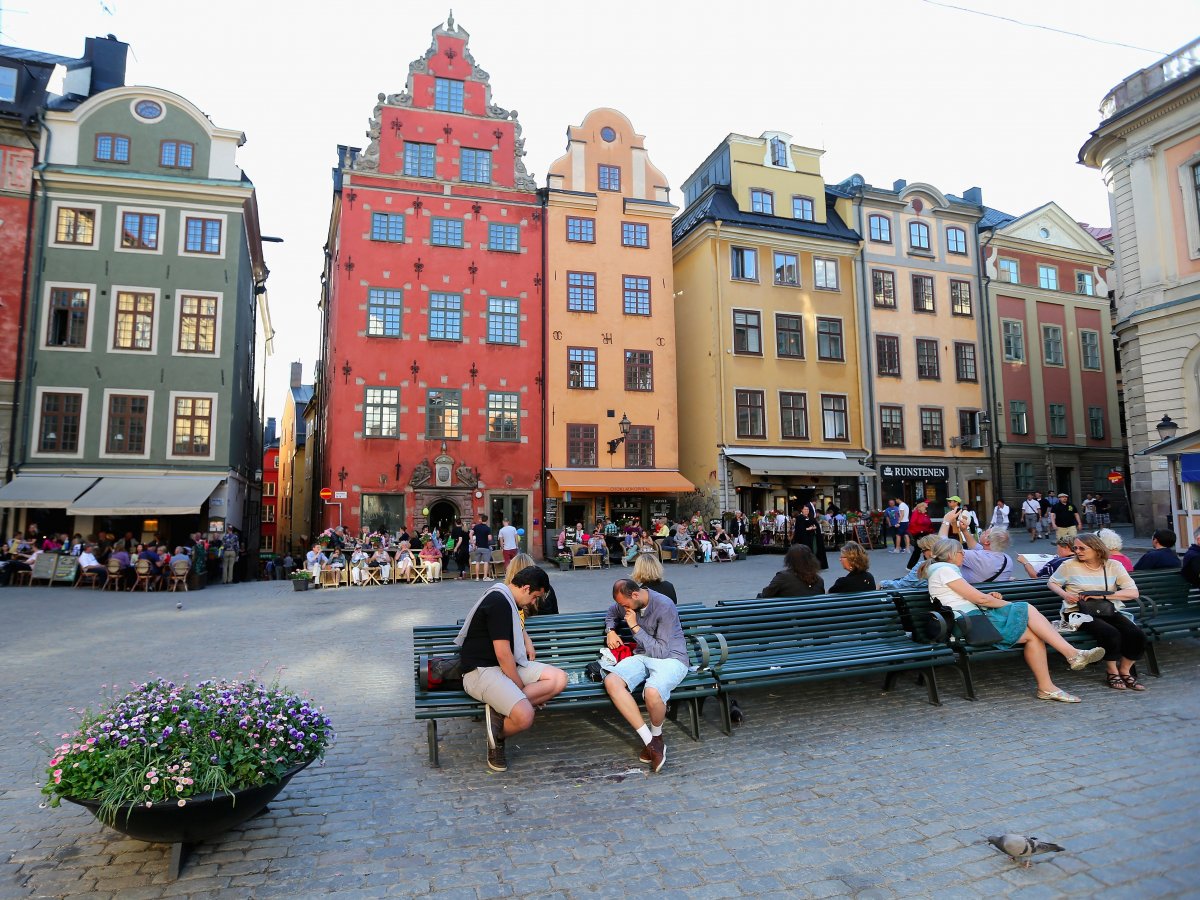 A market square in Stockholm.

04. New Zealand — Strong social cohesion and community engagement mean New Zealand has the best level of social capital on earth. It was rated the most prosperous non-European nation. 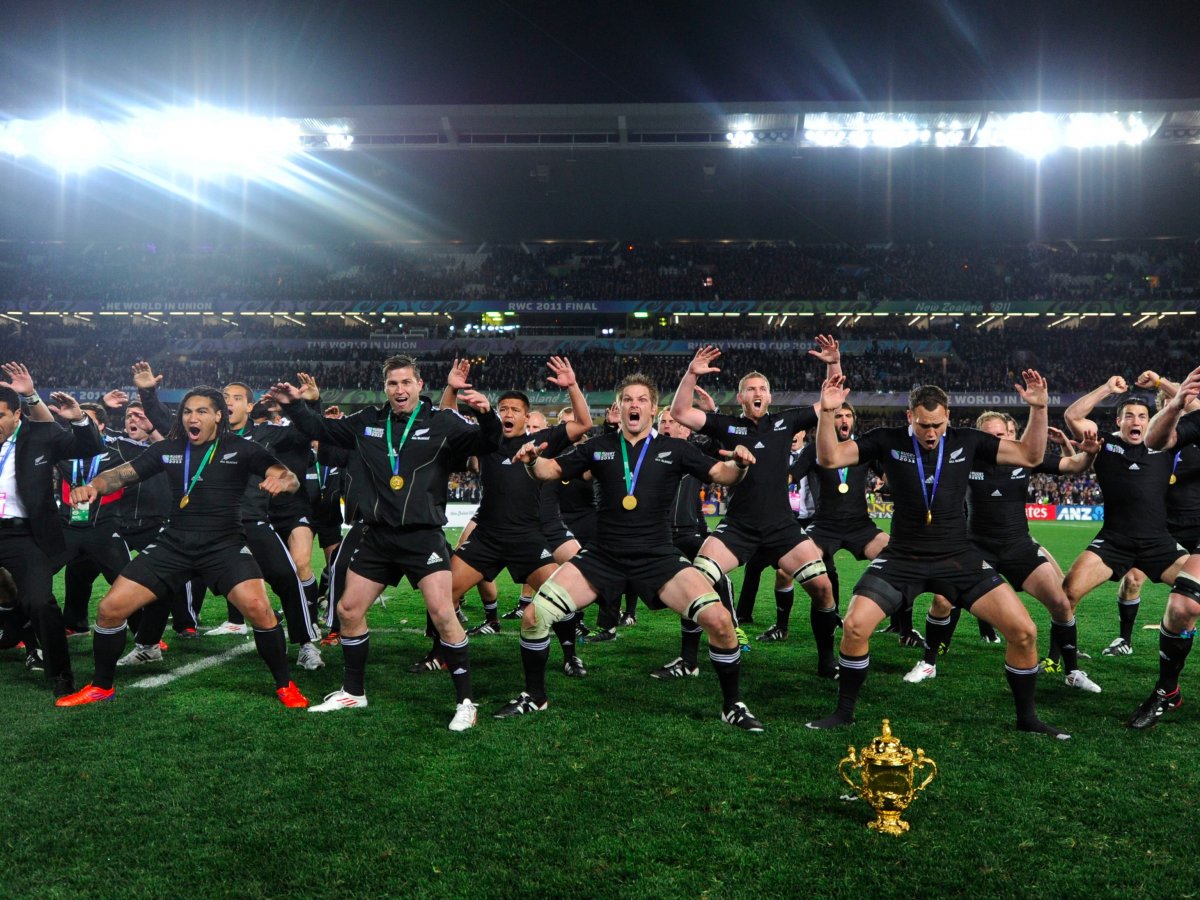 Rugby World Cup winners New Zealand are doing a celebratory Haka after their victory in 2011.

03. Denmark — Danes can enjoy excellent governance, top-level education, and a high social-capital score. The country might top the full Index if not for its relatively poor health score (16th). It climbed one place this year. 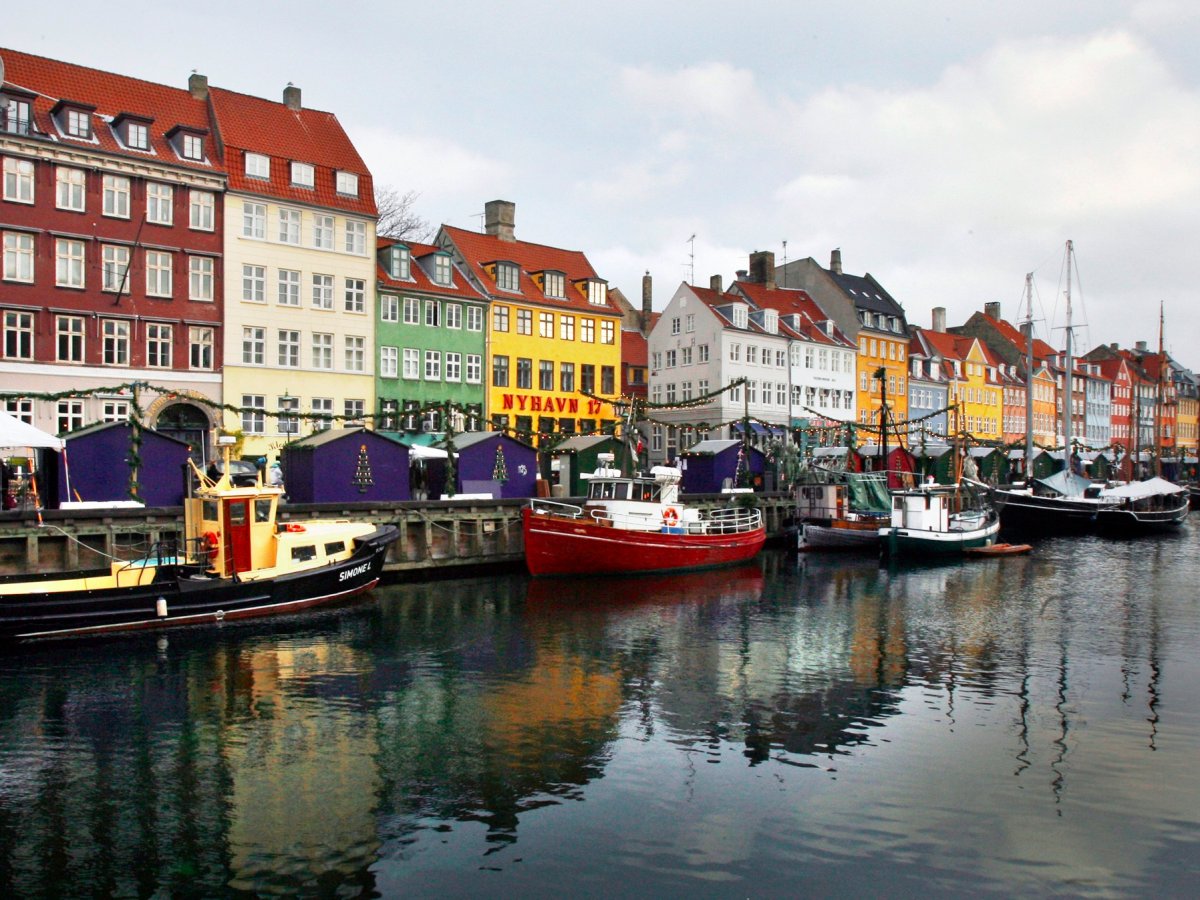 Fishing boats moored in the Nyhavn district of Copenhagen.

02. Switzerland — Switzerland has been second in the Prosperity Index for three consecutive years. The Alpine nation ranks top of the governance subindex and has the second-highest-rated economy. 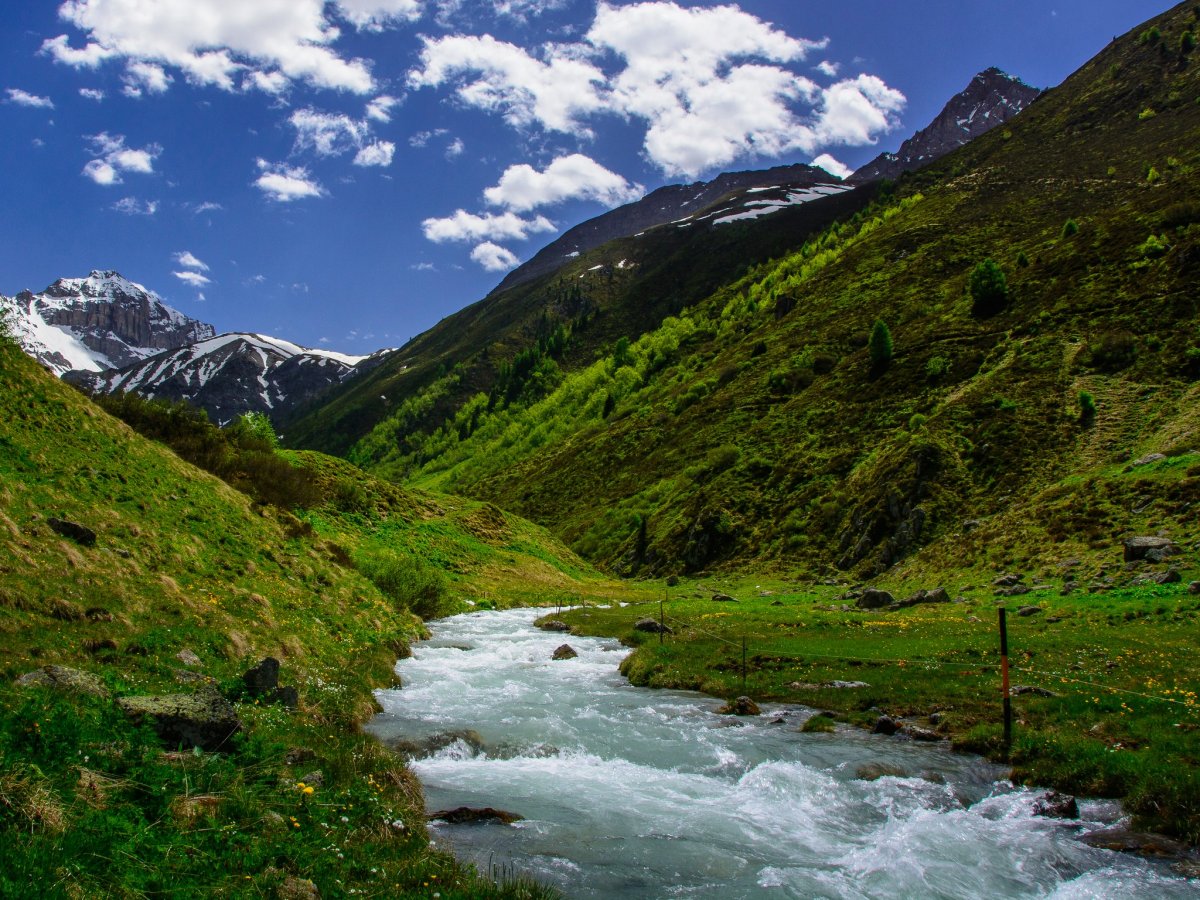 A river is flowing through the Swiss Alps in midsummer.

01. Norway — The Scandinavian country topped the Prosperity Index again in 2015. It has been the first in each of the past seven years. Norway is the only country ranked in the top 10 of every subindex. 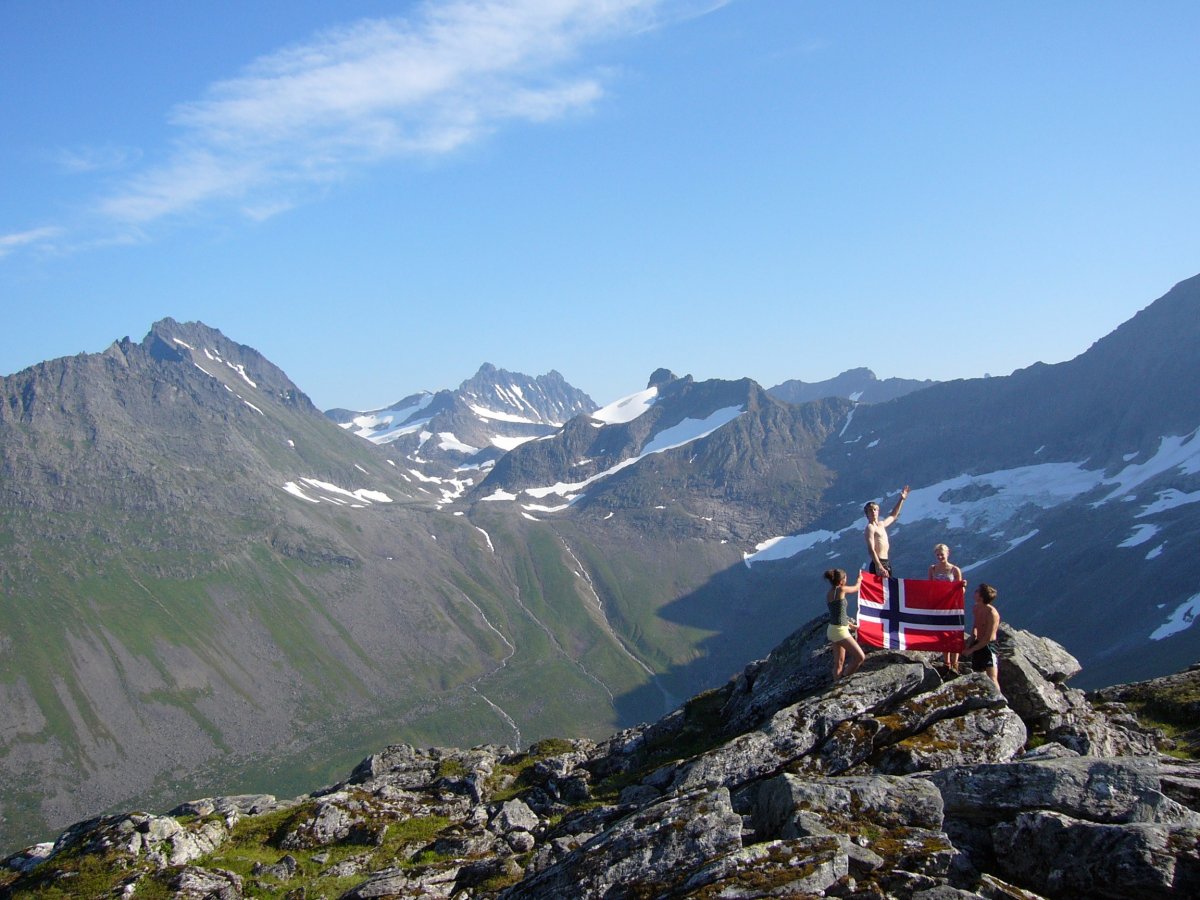 Tourists with a Norwegian flag after climbing a mountain.

The Biggest Remote Controlled Airbus Flies At Airshow In Switzerland