The 10 Tallest Skyscrapers Of The Future

by Architect K.A.
Reading Time: 5 mins read
0 0
A A
590
SHARES
228
VIEWS
Share on FacebookShare on TwitterPin to Pinterest

We have entered the age of the “mega tall” skyscraper and the tallest skyscrapers of the future. The first mega-tall Tower — a building that soars over 2,000 feet into the air — opened ten years ago, according to Council on Tall Buildings and Urban Habitat (CTBUH). It was the Burj Khalifa, and it set excellent records at 2,722 feet tall or over half a mile high. But come 2018, a new building will rise more than 550 feet taller than the Khalifa.

And the CTBUH predicts that buildings will keep getting taller. They will be finished by 2020, and four are more than 2,000 feet tall. There may even be a kilometer-ta l building (3,280 feet) by the end of the next decade. We rounded up a list of some of the tallest buildings currently under construction, according to CTBUH.

The skylines of the future will look a lot different. 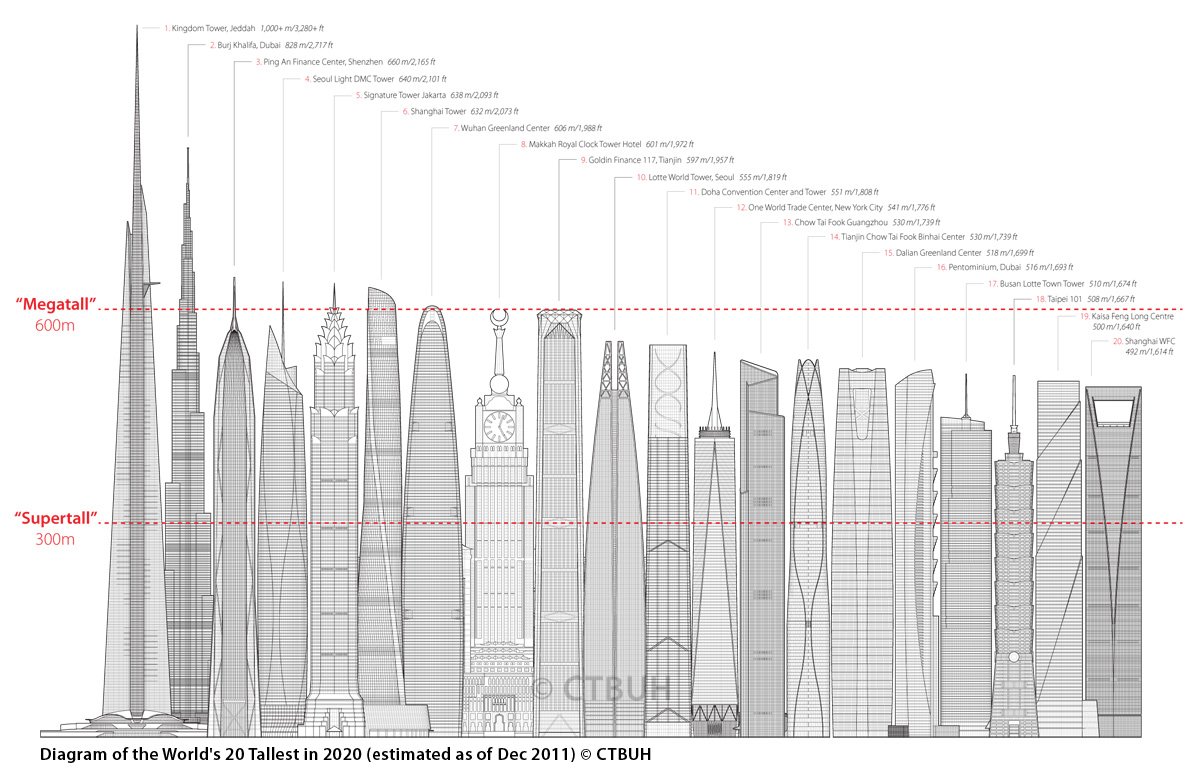 Via CTBUH, Buildings are going to reach staggering heights. 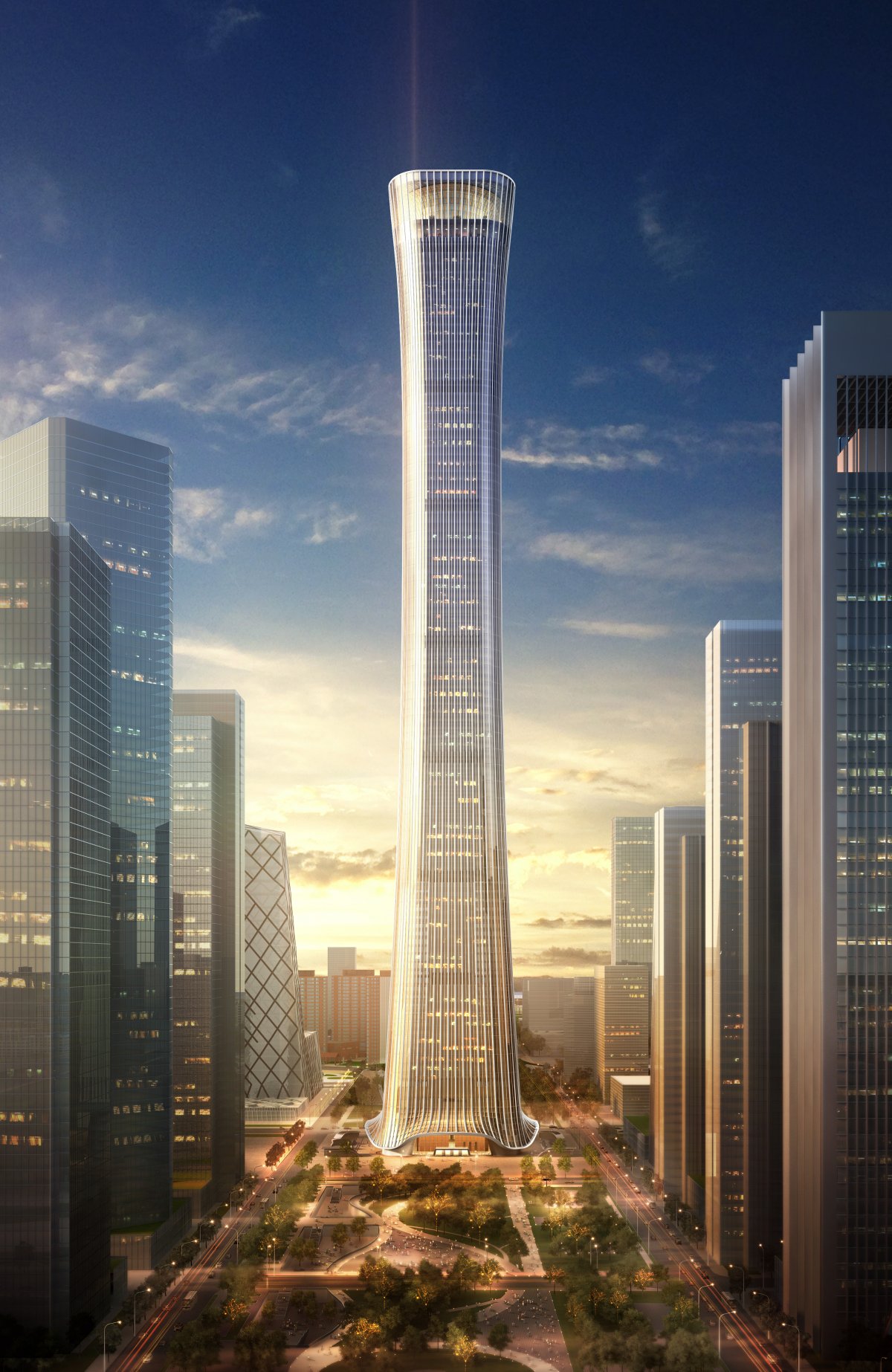 The name comes from the sun, an ancient Chinese wine vessel that inspired the building design. After completion, the so-called “China Zun” will be Northern China’s second tallest building. 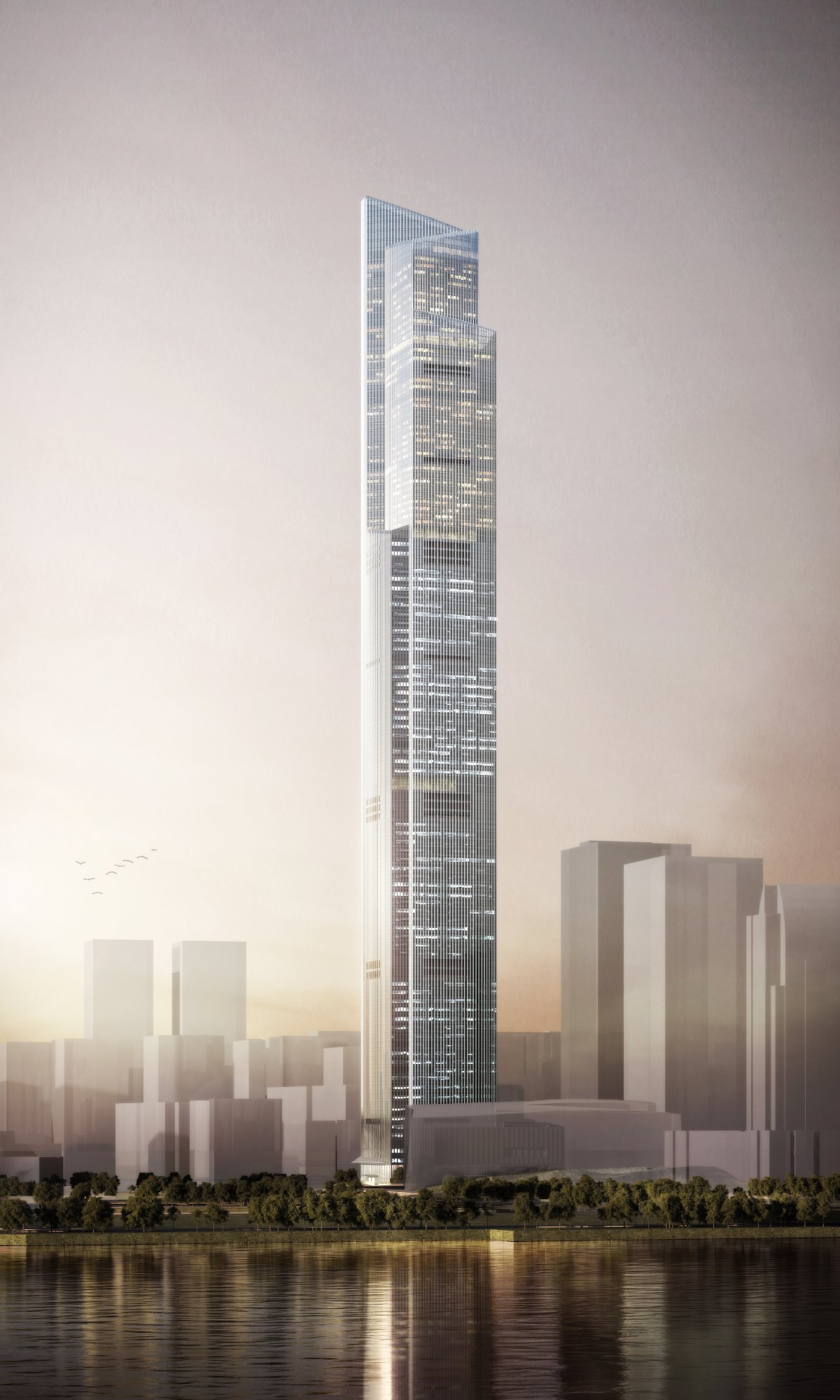 CTF Finance Center is a mixed-use tower under construction in Guangzhou, China. The CTF building will have the fastest elevators globally at 45 miles per hour. According to the BBC, it will take 43 seconds to go from the first to the 95th floor. 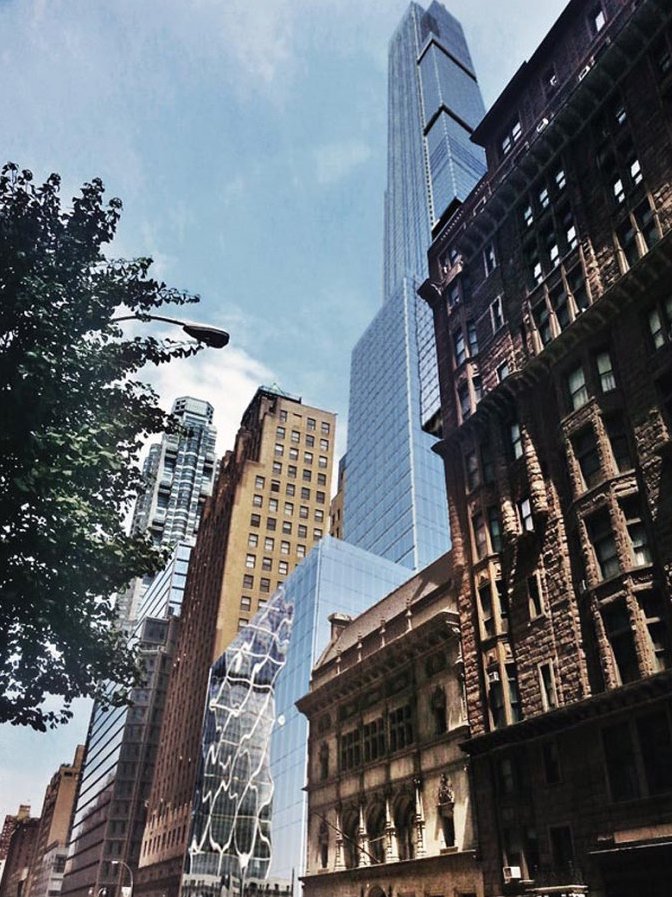 Completion: 2018
225 West 57th Street is a residential project by Extell Development Company. The building will be the second tallest skyscraper in New York City and the US when it’s finished. 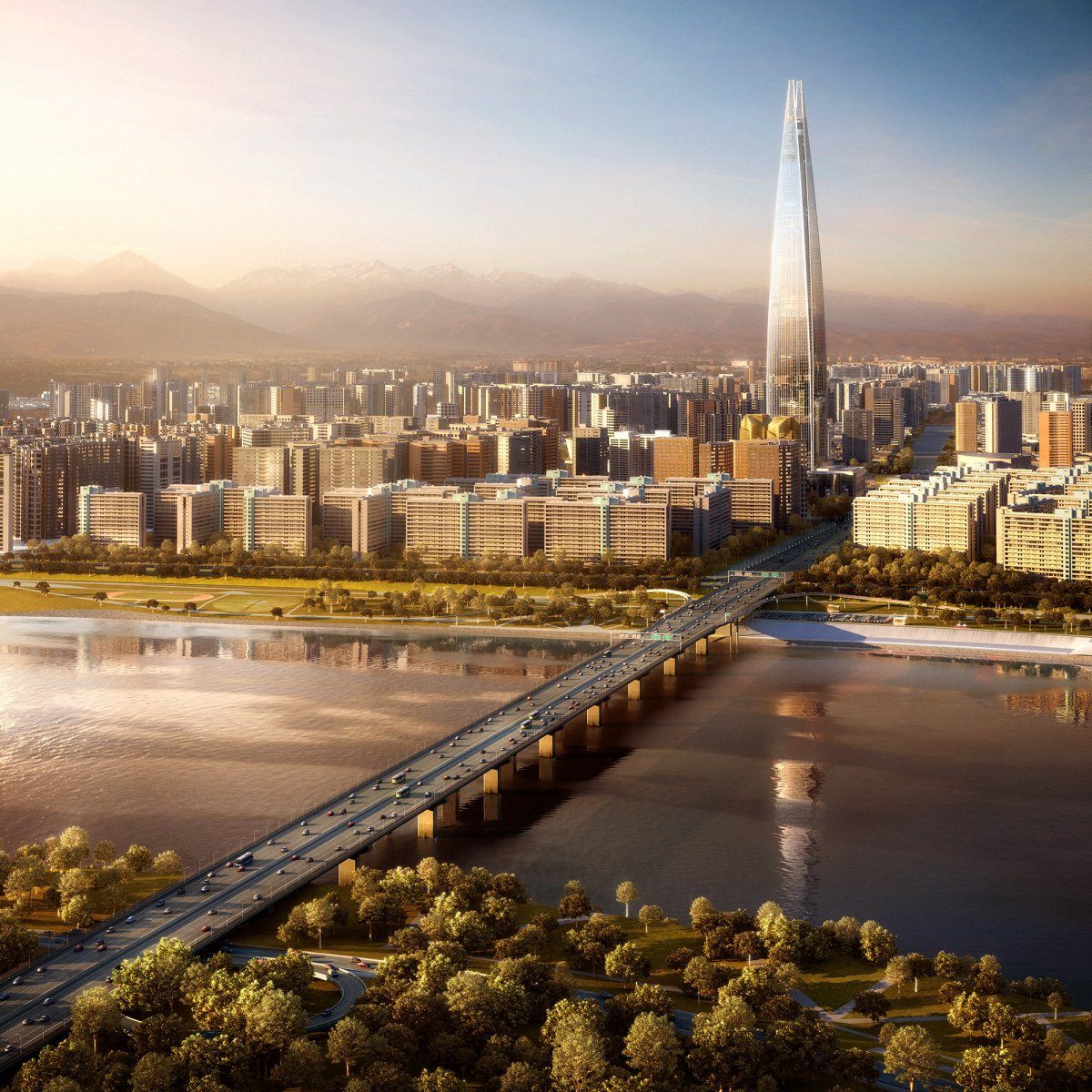 The Lotte World Tower is estimated to cost $1.25 billion and will tower over the skyline of Seoul. The skyscraper took 13 years of planning and site preparation before it was approved in 2010 to begin construction.

06. Pearl of the North, Shenyang, China 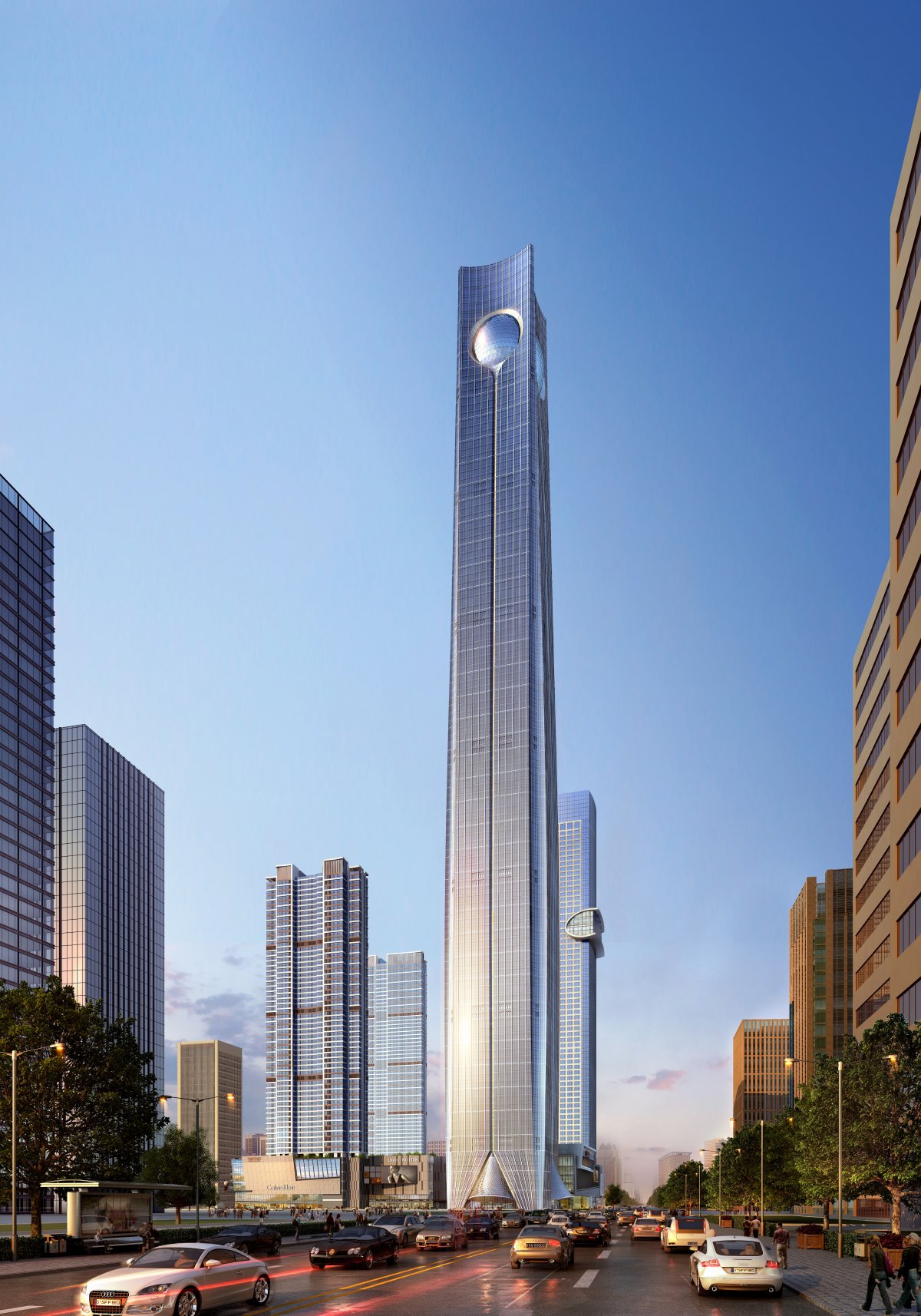 The Pearl of the North will cost an estimated $1.6 billion and will be a mixed-used building in Shenyang, China. It will have 34 floors of offices as well as a 320-room five-star luxury hotel, according to Architects Journal. 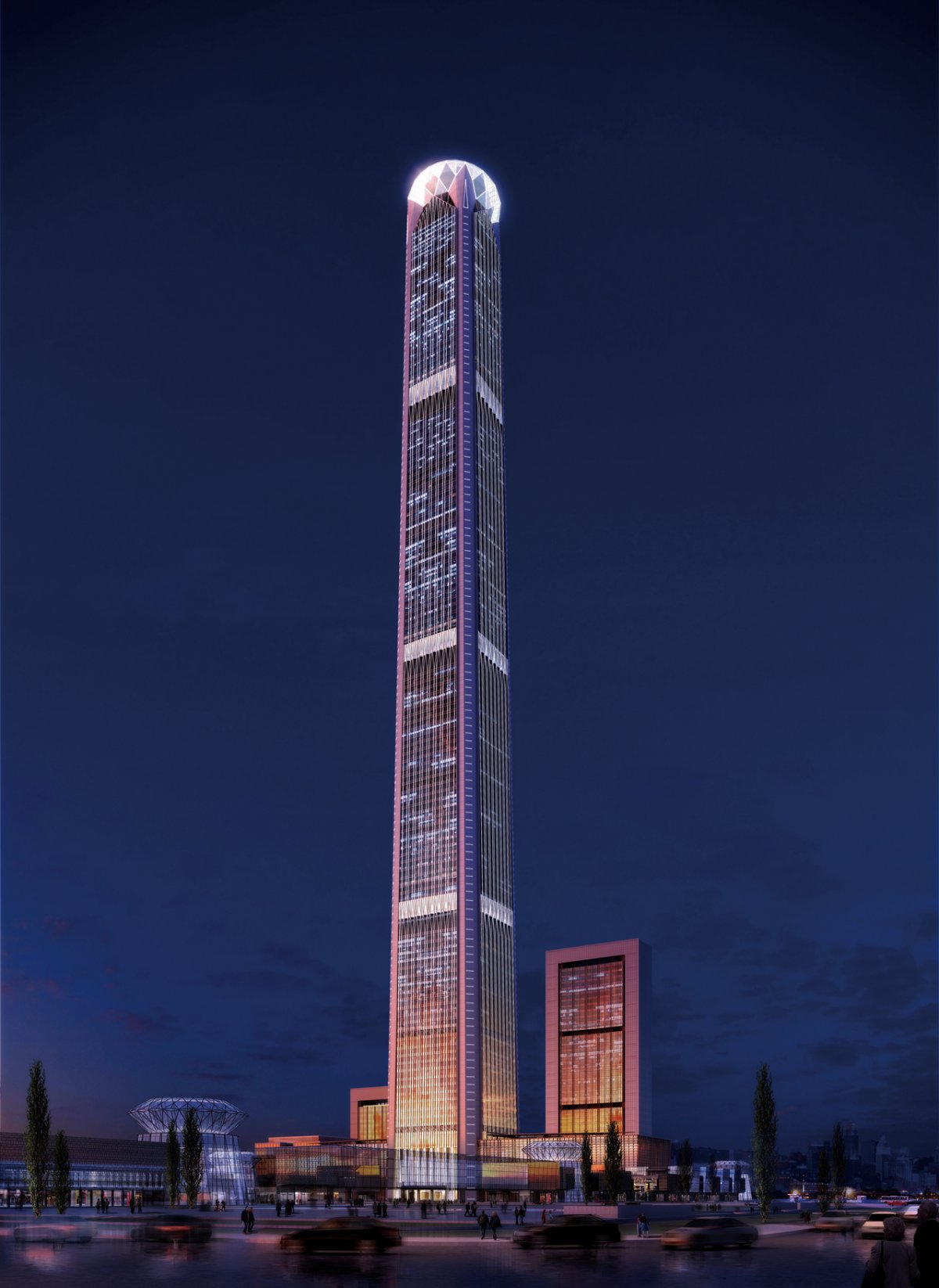 The Goldin Finance 117, also known as the China 117 Tower, is a skyscraper under construction in Tianjin, China. The building is estimated to cost over $820 million and will (of course) have 117 stories. 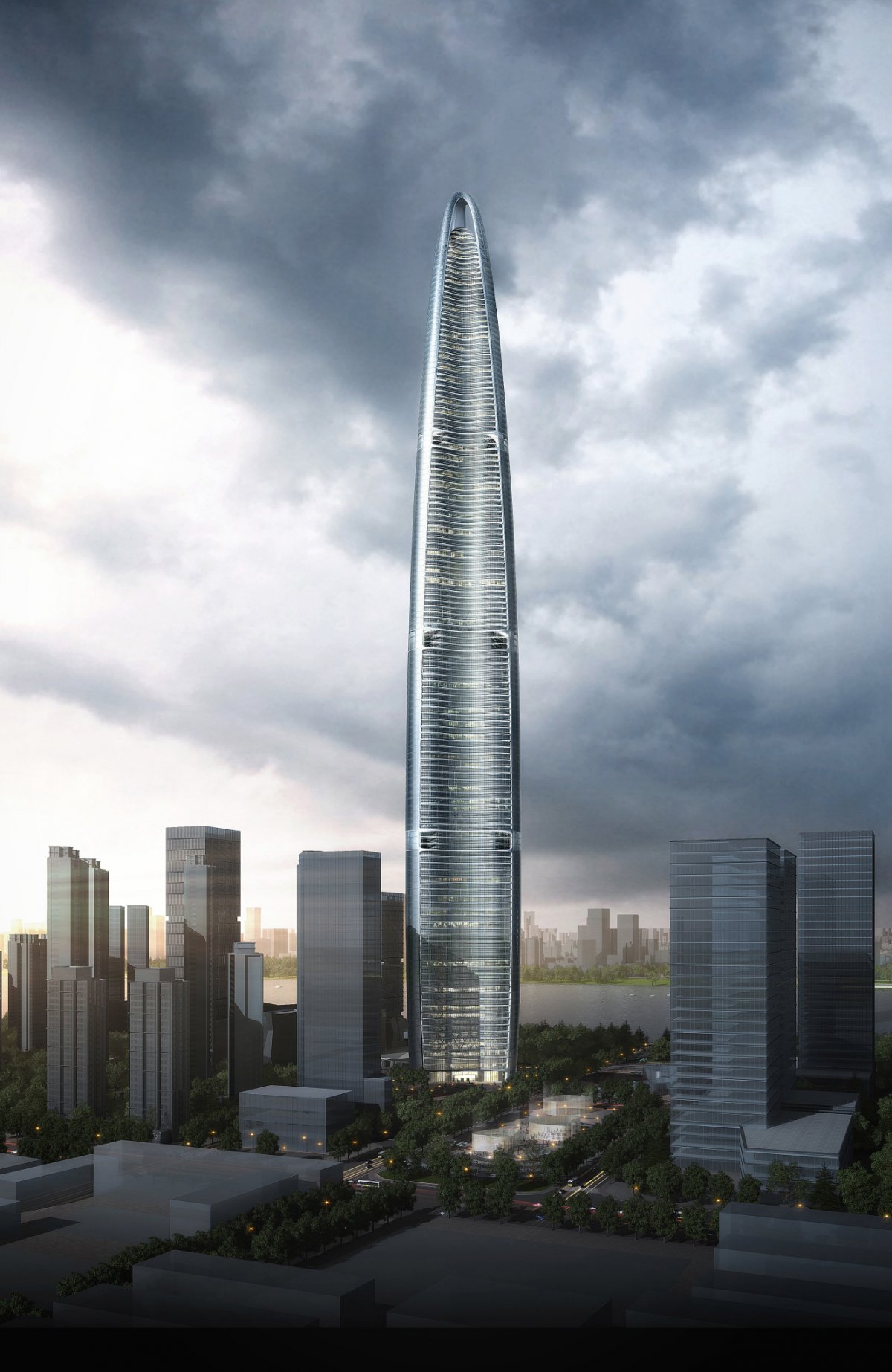 Wuhan Greenland Centre is an under-construction tower in Wuhan, China. The building is expected to cost around $4.5 billion and has energy-saving features. 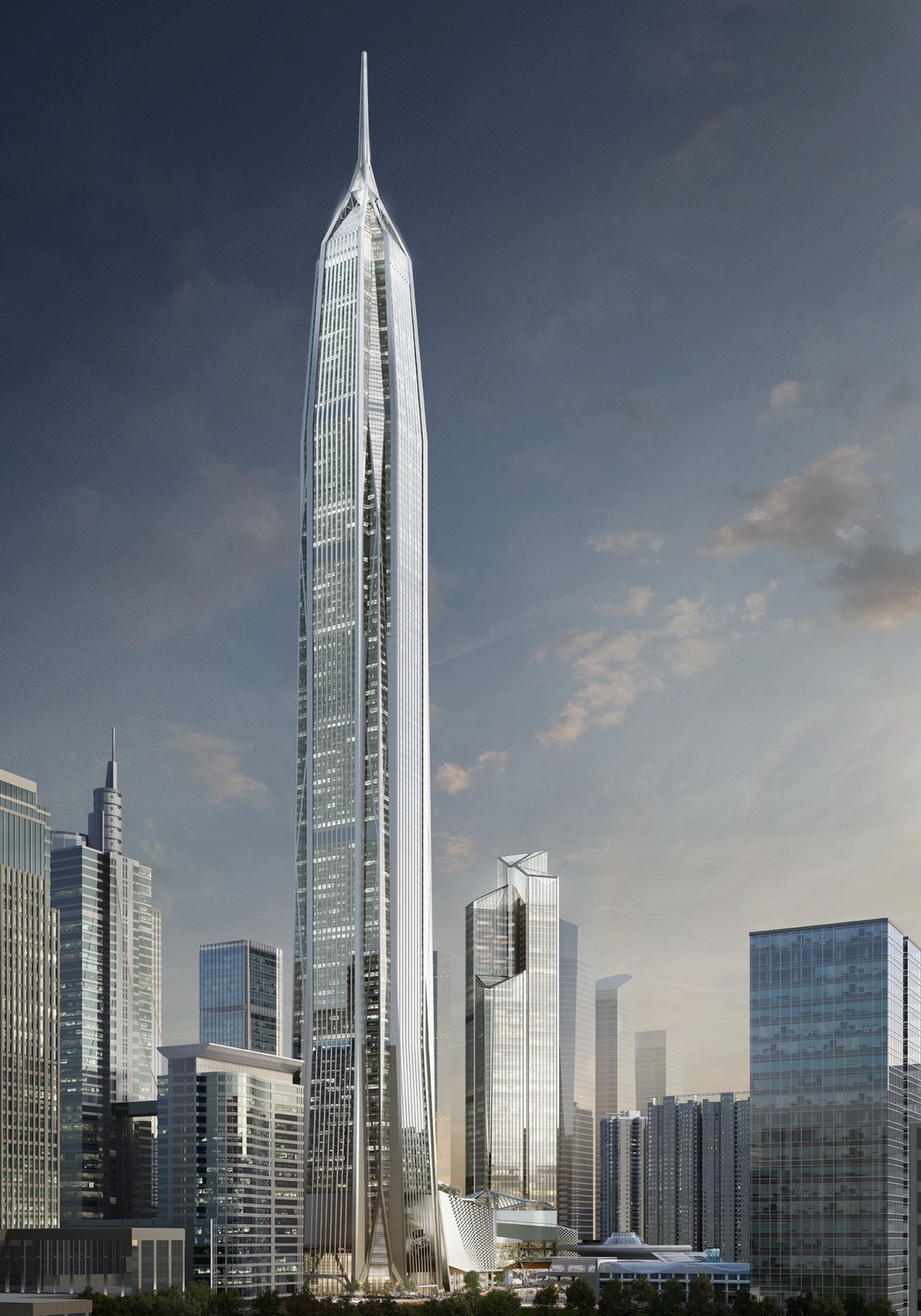 Ping An Finance Center is under construction in Shenzhen, China. The Tower will cost an estimated $678 million and will be one of the tallest buildings in the world when it was finished in 2016. 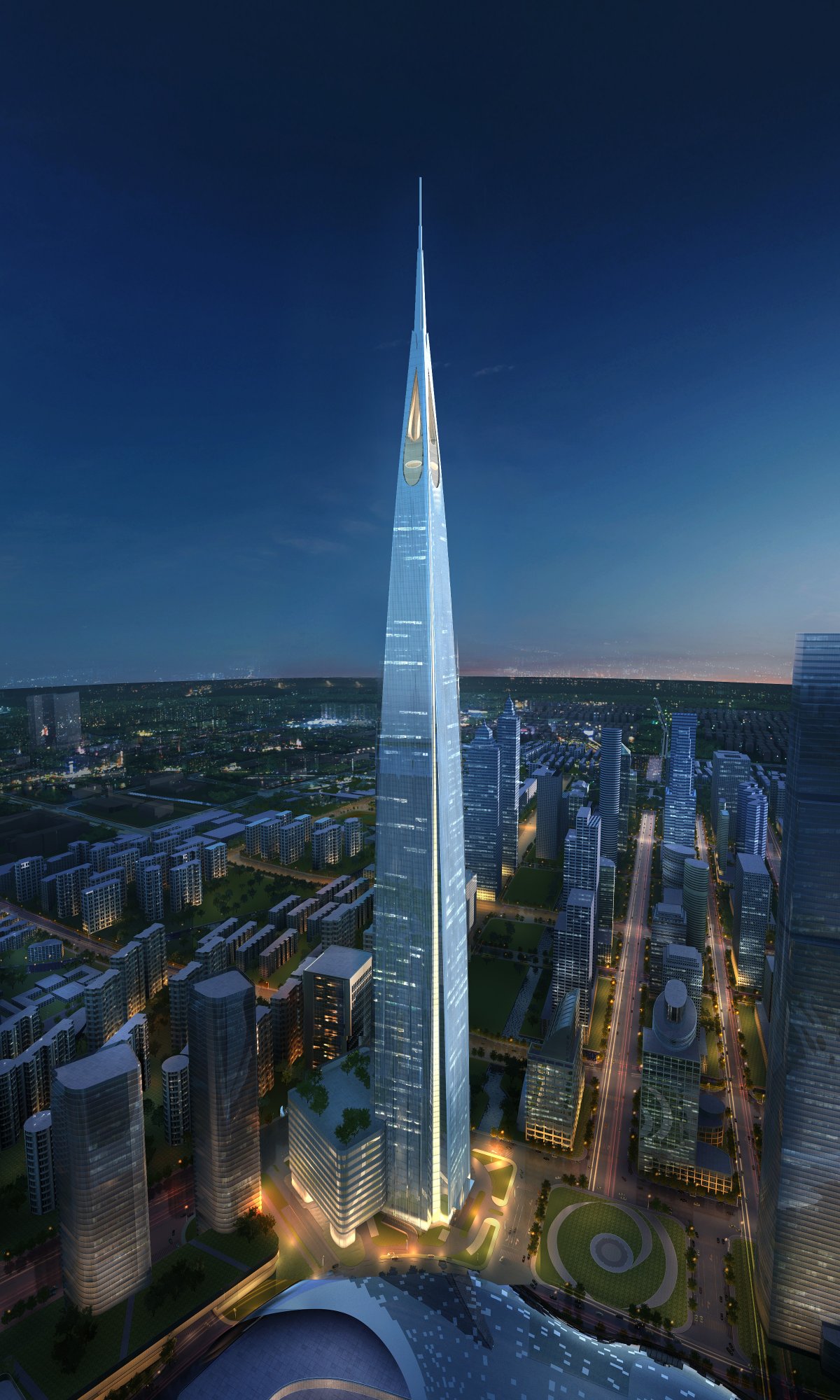 Suzhou’s Zhongnan Center is a skyscraper under construction in Suzhou, China. The project will cost an estimated $4.5 billion upon completion and will be the tallest building in China. 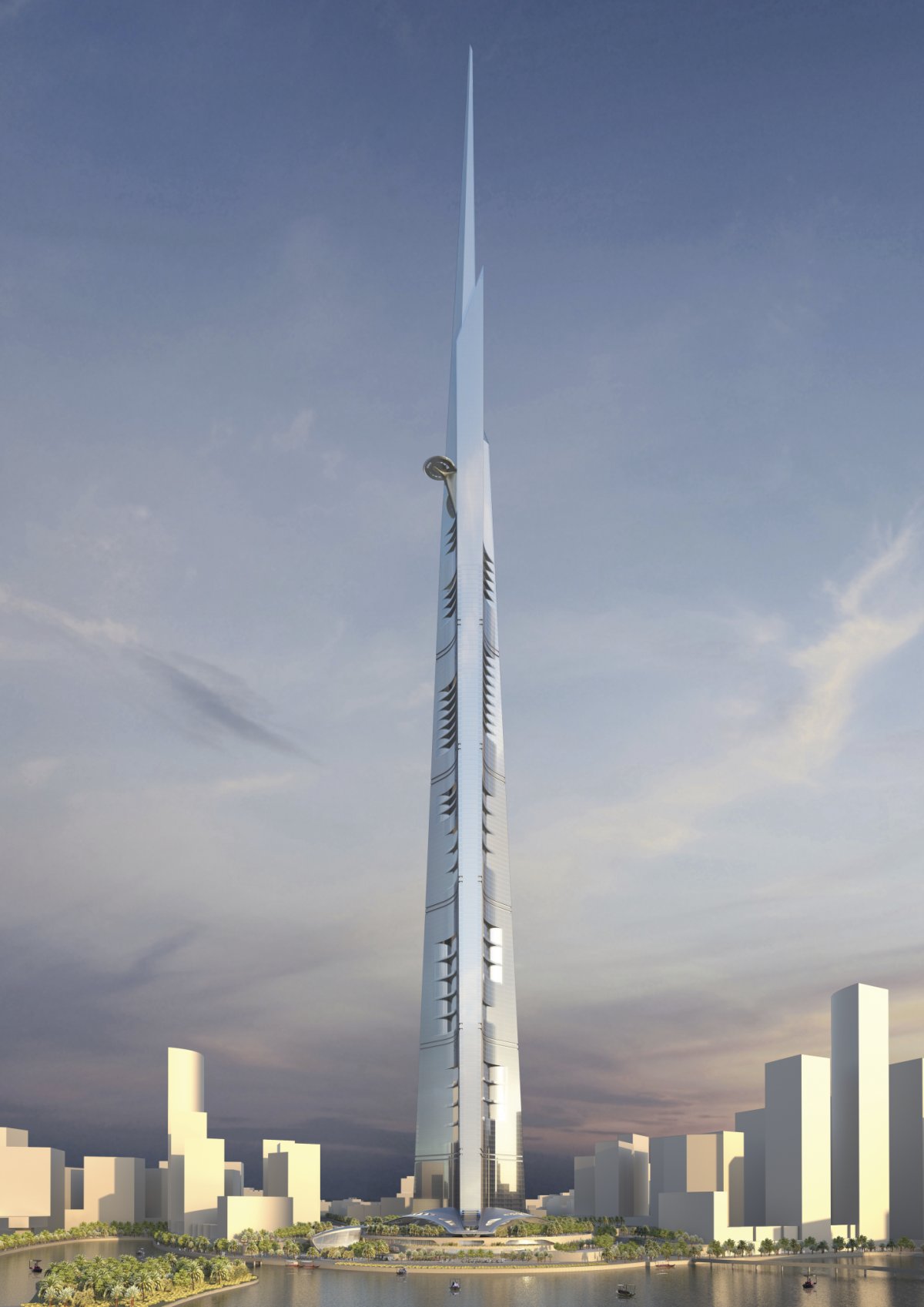 Expected to cost $1.2 billion to construct, Kingdom Tower will be a mixed-use building with a luxury hotel, office space, serviced apartments, luxury condos, and the world’s highest observatory.

The Tower will be built in Jeddah, Saudi Arabia, soaring over 550 feet taller than the  United Arab Emirates Burj Khalifa. The height of the Kingdom Tower will require the world’s most sophisticated elevator system, and the building will have 59 elevators.

When finished, it will become the tallest building in the world — but who knows for how long.