by Architect K.A.
Reading Time: 8 mins read
0 0
A A
14
SHARES
206
VIEWS
Share on FacebookShare on TwitterPin to Pinterest

The fact that these places actually exist will make you believe in magic.

01. Movie: The Sultan’s Palace in Aladdin 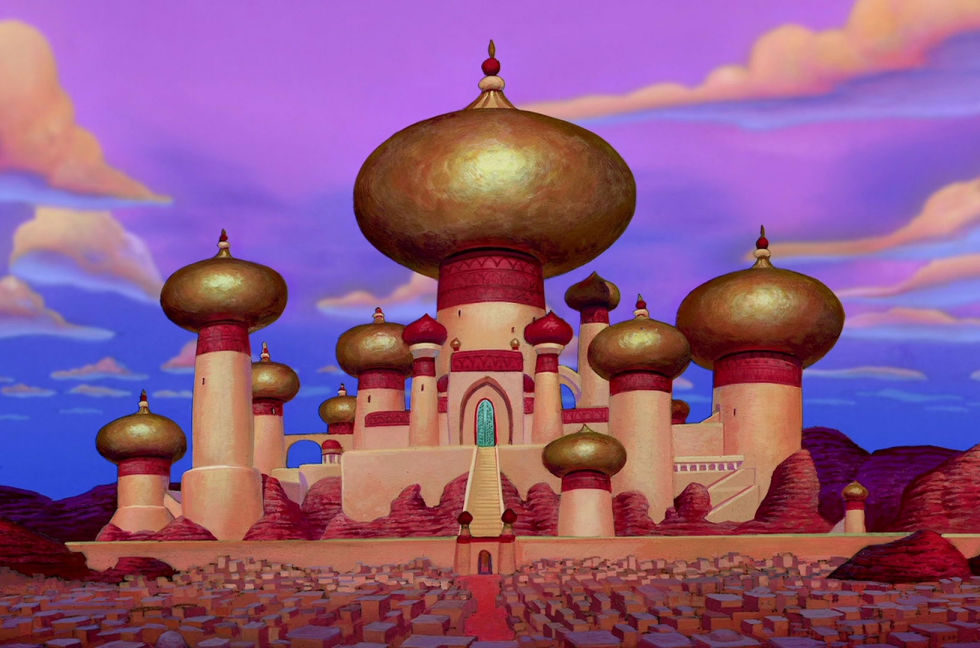 Located right in the center of Agrabah near the Jordan River, the Sultan’s Palace is visible no matter where you are in town. 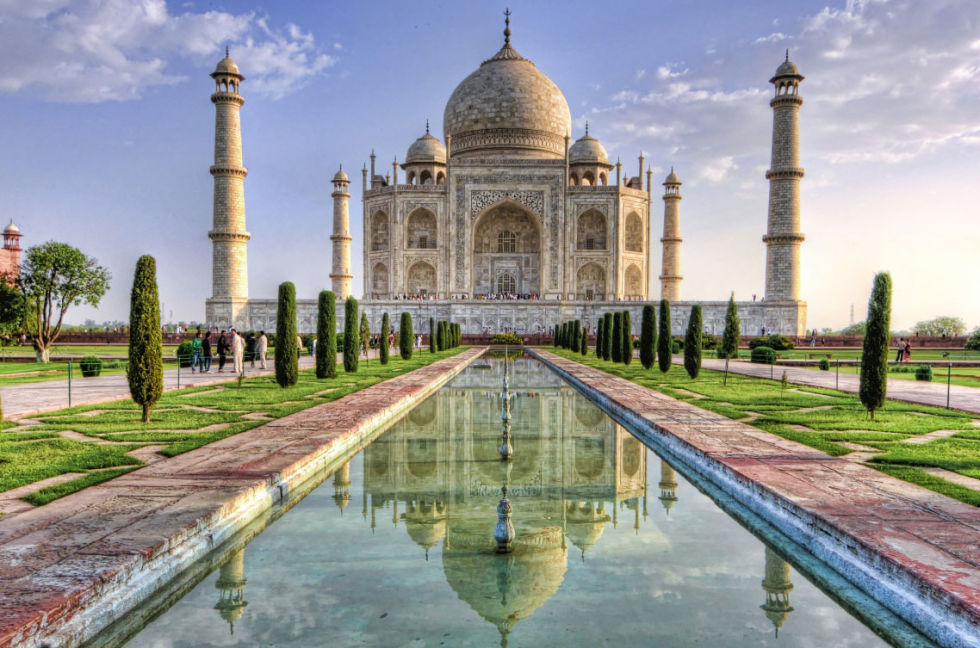 The Sultan’s Palace was loosely based on this architectural wonder in Agra, India. Although the Taj Mahal is a tomb, not a palace, we can see the inspiration come through in the movie’s storyline as well: For example, Aladdin has a pet monkey and Jasmine has a tiger — two animals Agra is known for.

02. Movie: The Beast’s Castle in Beauty and the Beast 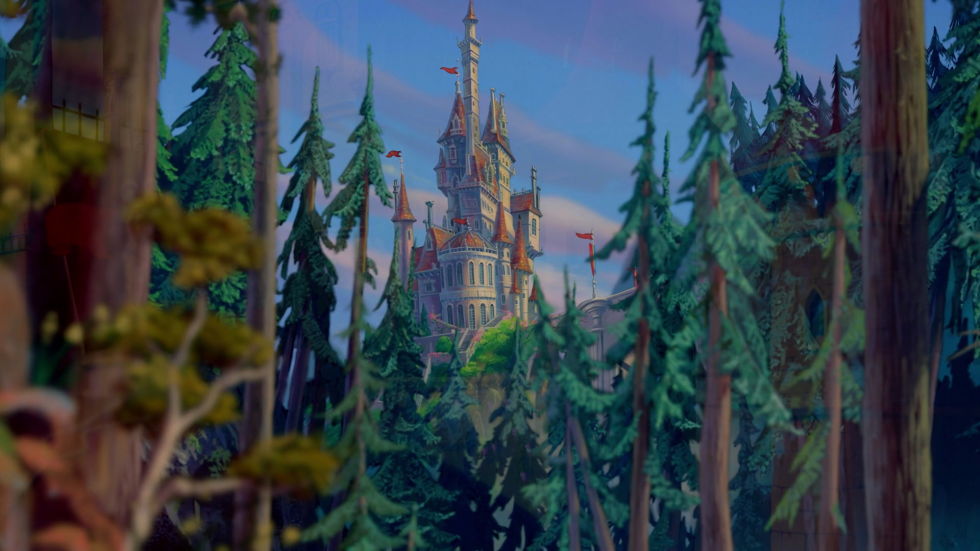 After a spell is cast on this Baroque-style castle, it becomes a dark and mysterious place—until Belle breaks the curse, that is. 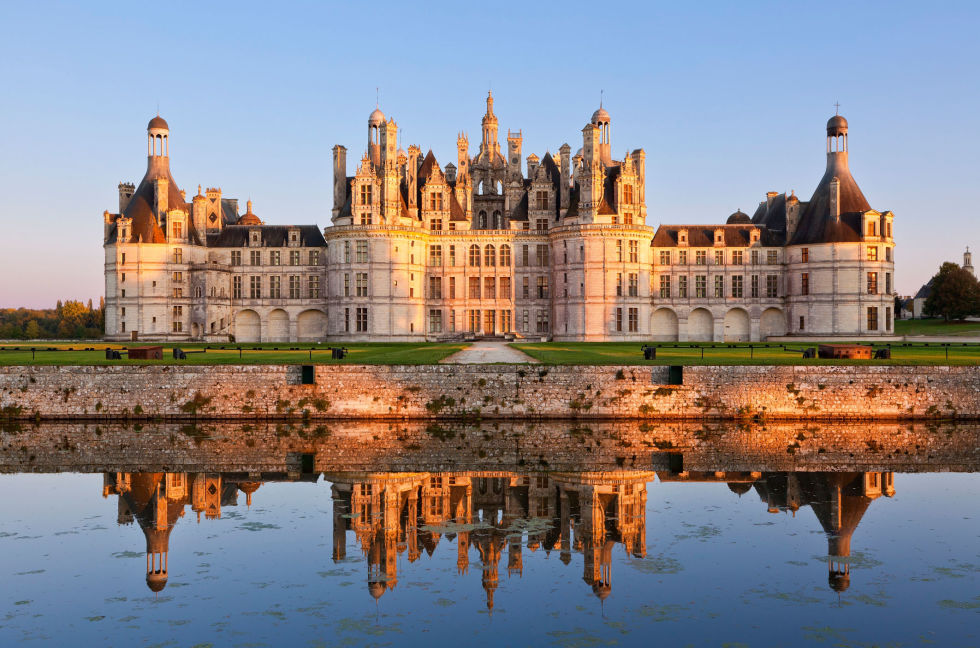 The Beast may have been cursed, but his castle was modeled after this elegant abode. The stunning château in central France is characterized by its distinctive French Renaissance architecture.

03. Movie: Small Village Square In Beauty And The Beast 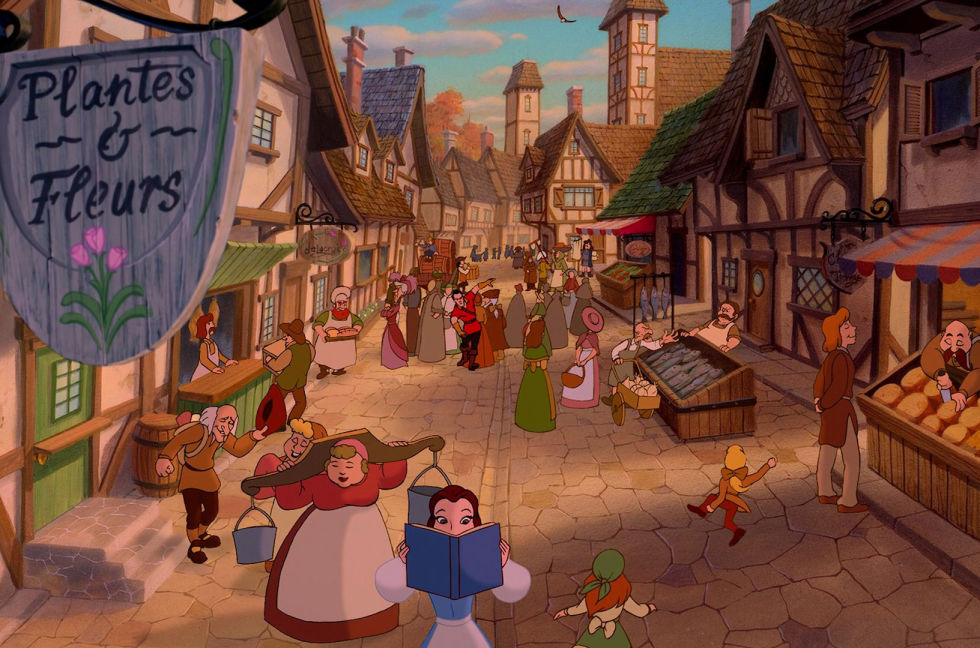 Belle lives in a peaceful, secluded village filled with charming local vendors, such as a flower shop and a book store. 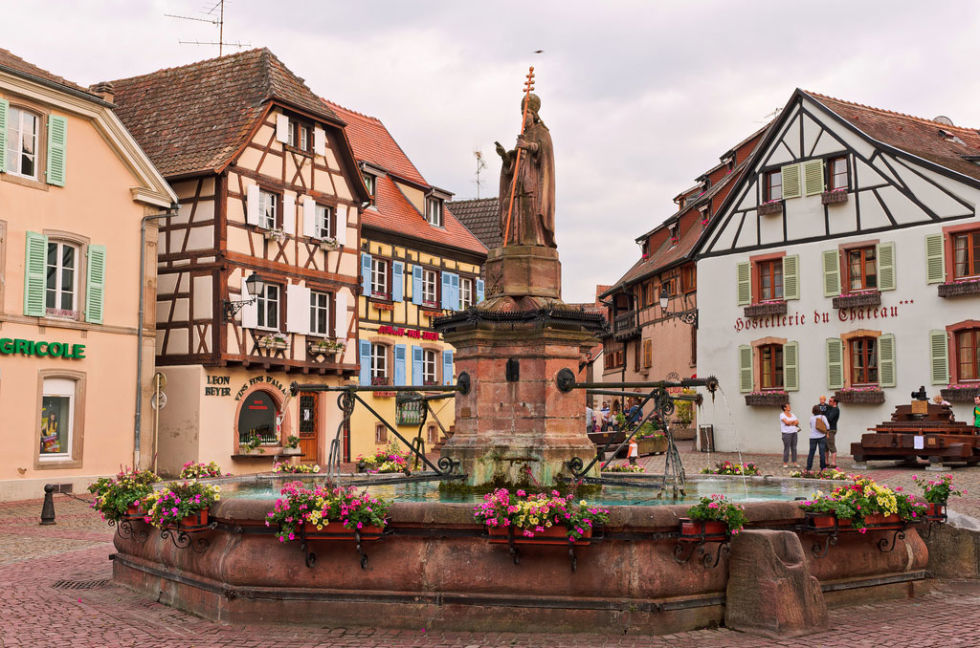 Belle’s hometown features many architectural details reminiscent of the northeastern region of France. And while the town’s inspiration is unconfirmed, the movie offers small hints of Alsace culture, like the design on the wine bottles featured in the film, according to Disney Wikia. 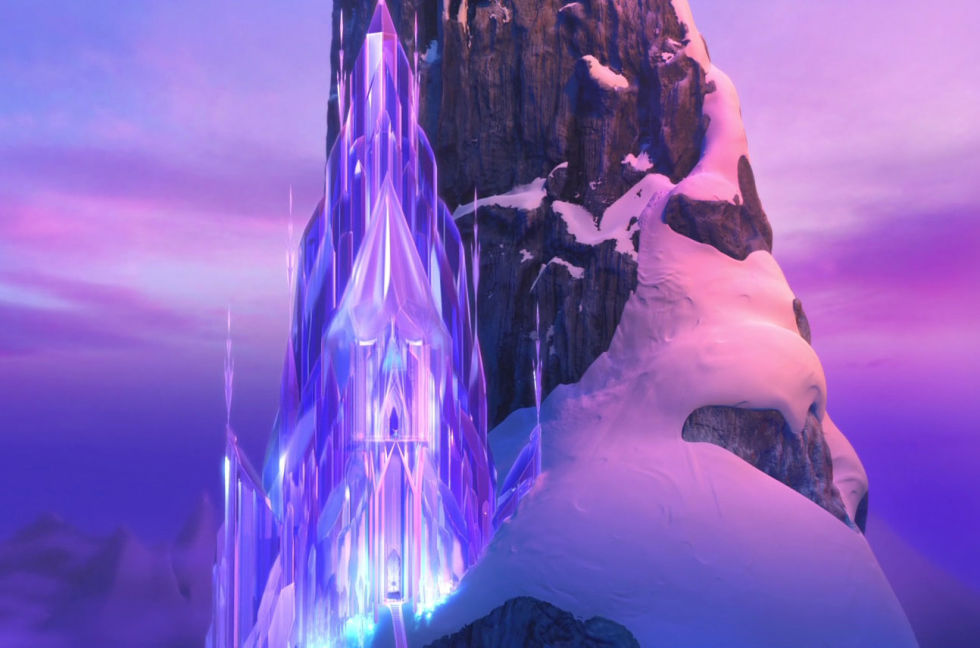 Created by Queen Elsa as a place she could live in isolation, the Ice Palace is quite the sight to behold. 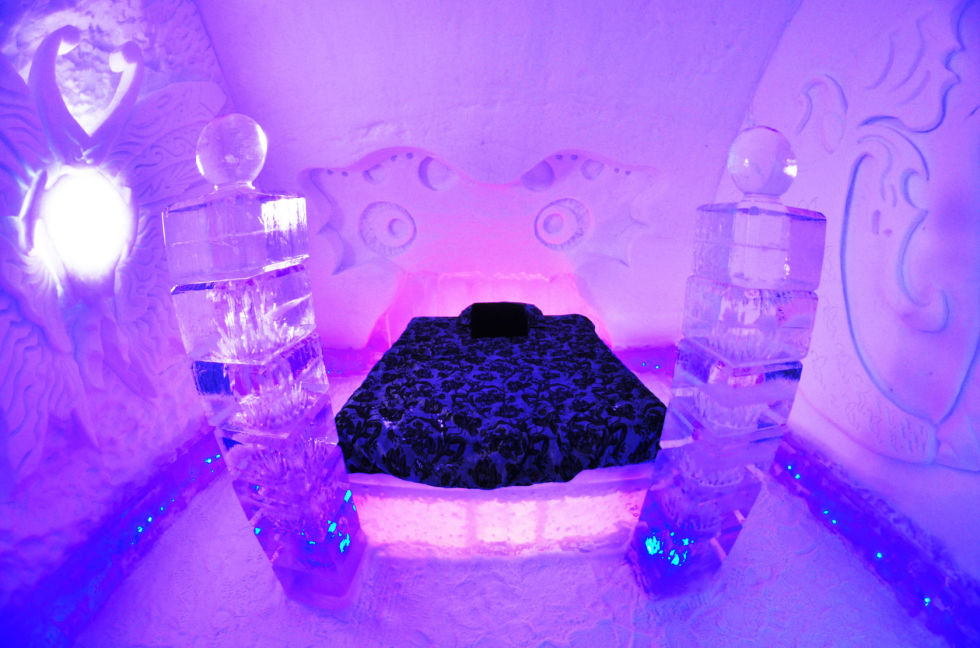 If you spend the night in Quebec City’s ice hotel, we won’t blame you for belting out a verse or two of “Let it Go.” Being surrounded by snow vaults and crystalline ice sculptures will truly make you feel like a snow queen. 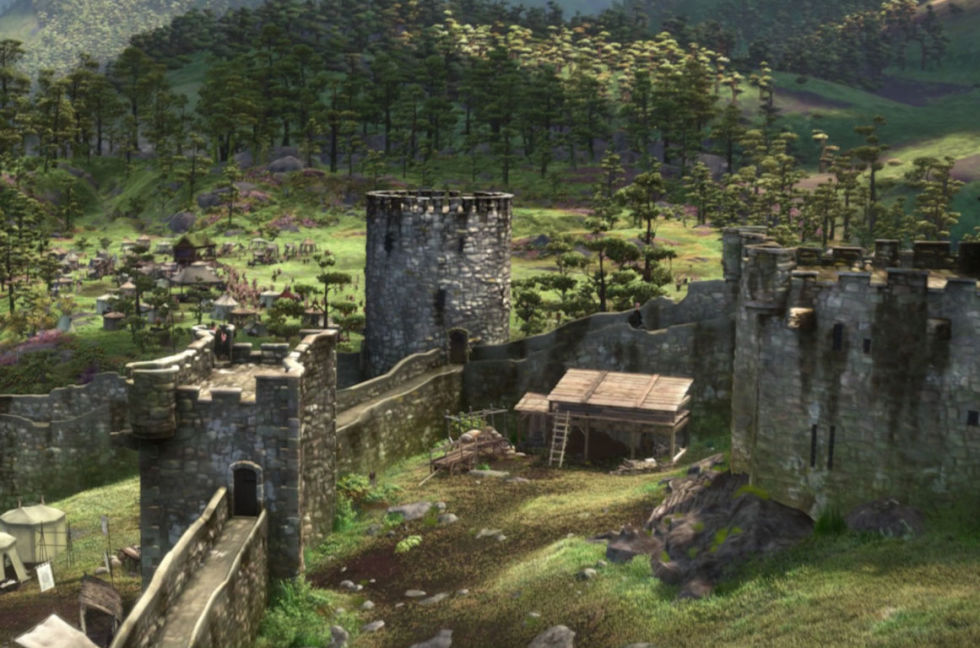 Located in the Scottish Highlands, Princess Merida resides in this stunning fortress with her royal family during the Medieval period. 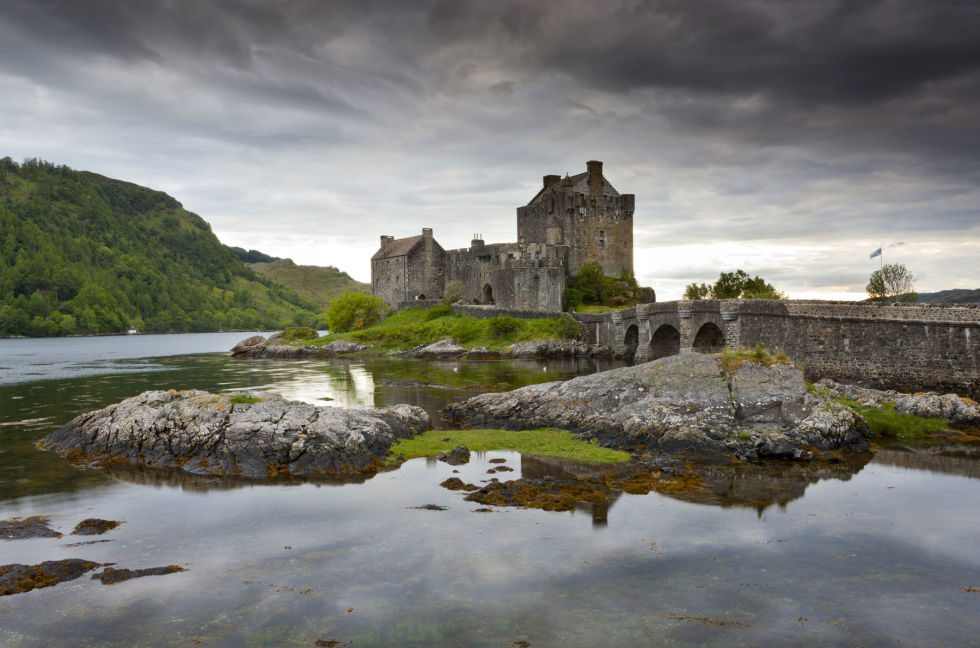 Brave may be a fairytale, but the places that inspired Disney are very real. This iconic castle overlooks the sea on one side and rolling Scottish highlands on the other — just like DunBroch. 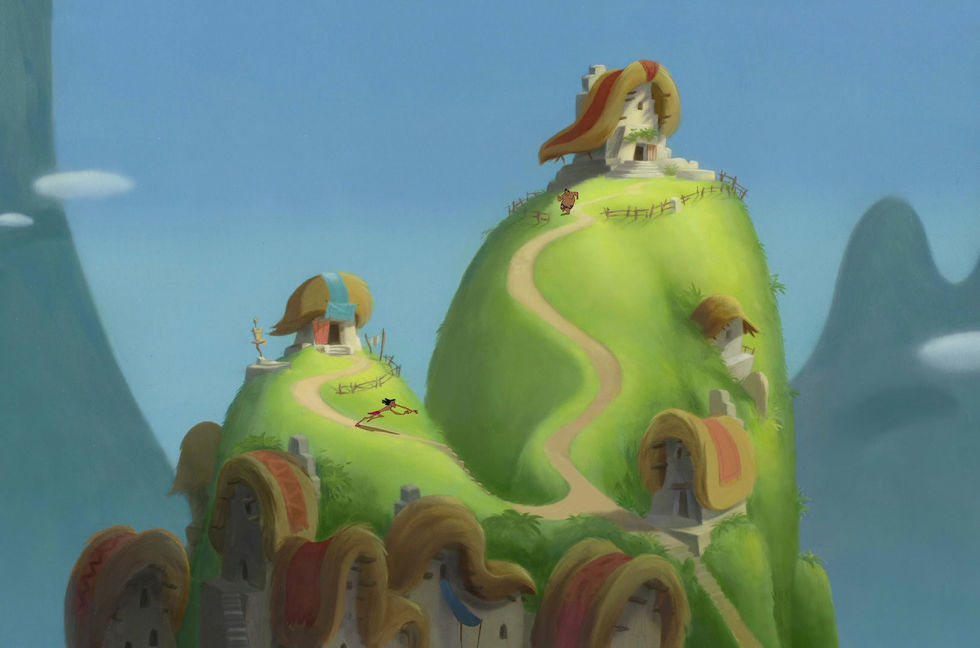 As the leader of a poor village, Pacha lives in a hut at the top of a hill — the very spot Kuzco wants to build his ginormous summer home, Kuzcotopia. 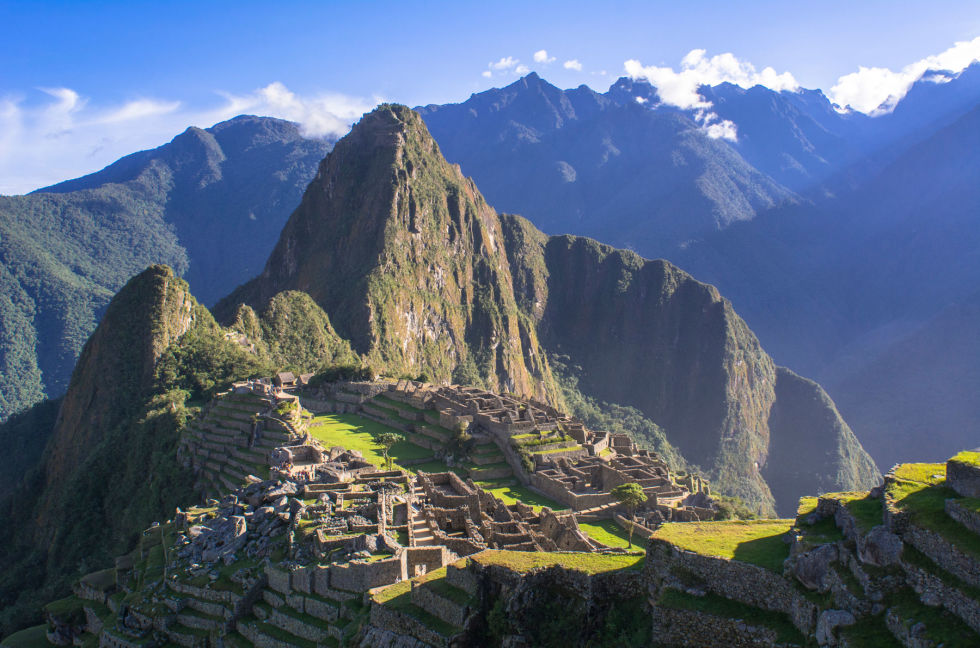 While Incan influence is evident throughout the movie, Pacha’s village may just be the most obvious — the hill is actually based on a very familiar looking mountain: Machu Picchu. 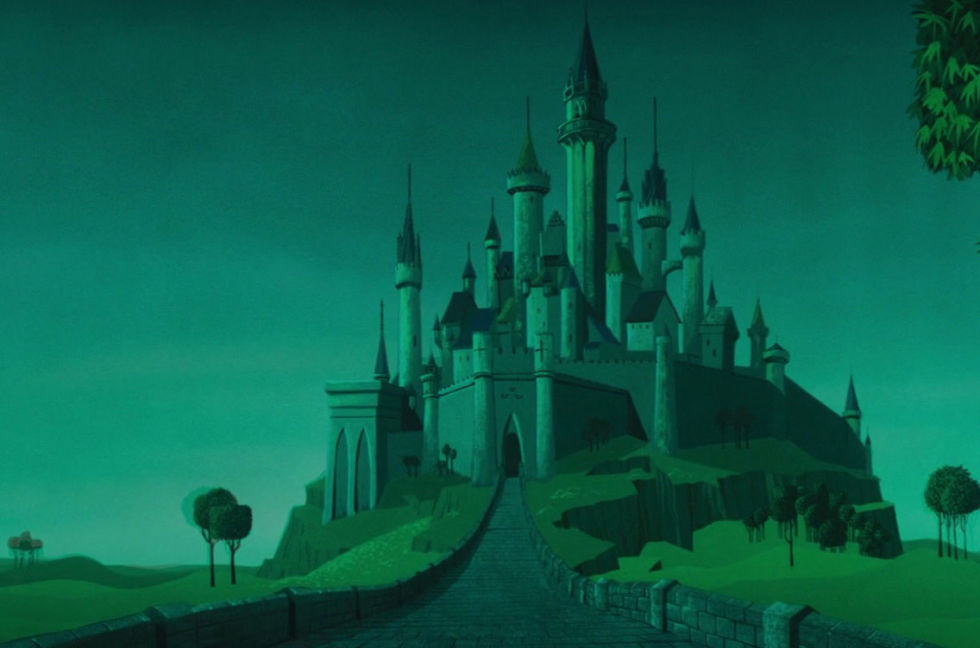 After being cursed by Maleficent, princess Aurora is placed under a sleeping spell inside this towering castle. 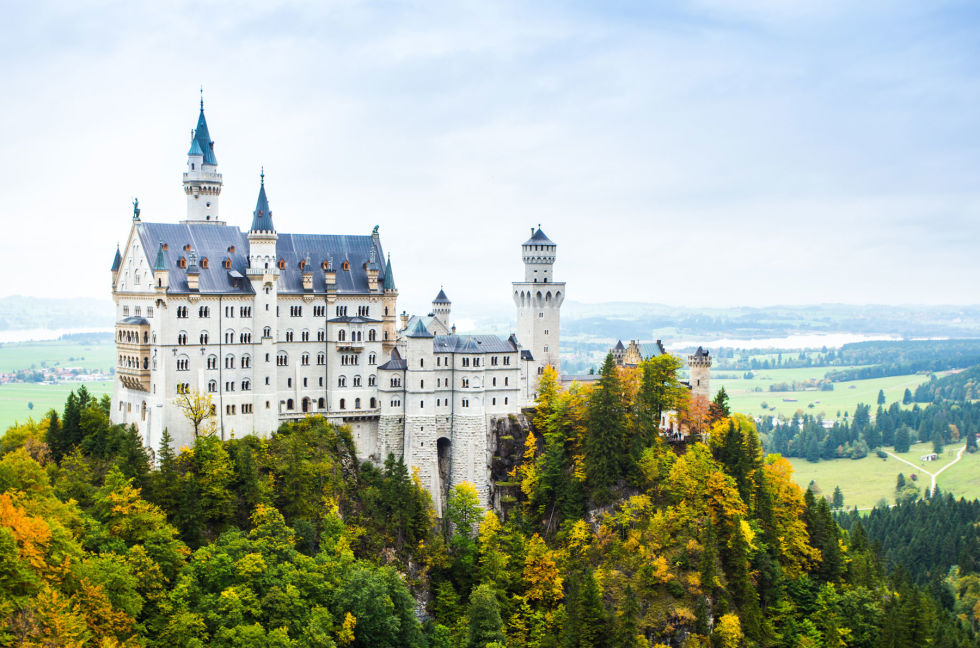 Not only did this striking castle provide inspiration for the movie, you can see a real-life version of Sleeping Beauty’s castle inspired by the German palace at Disneyland.

08. Movie: The Kingdom In Tangled 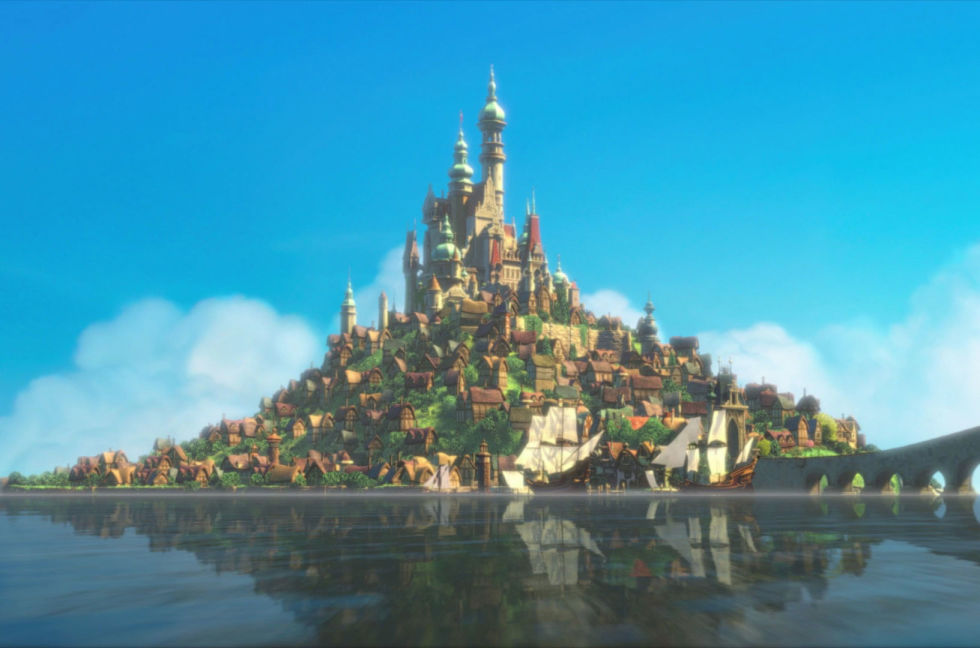 Rapunzel was born in Corona, an island topped by a towering castle and surrounded by the sea. 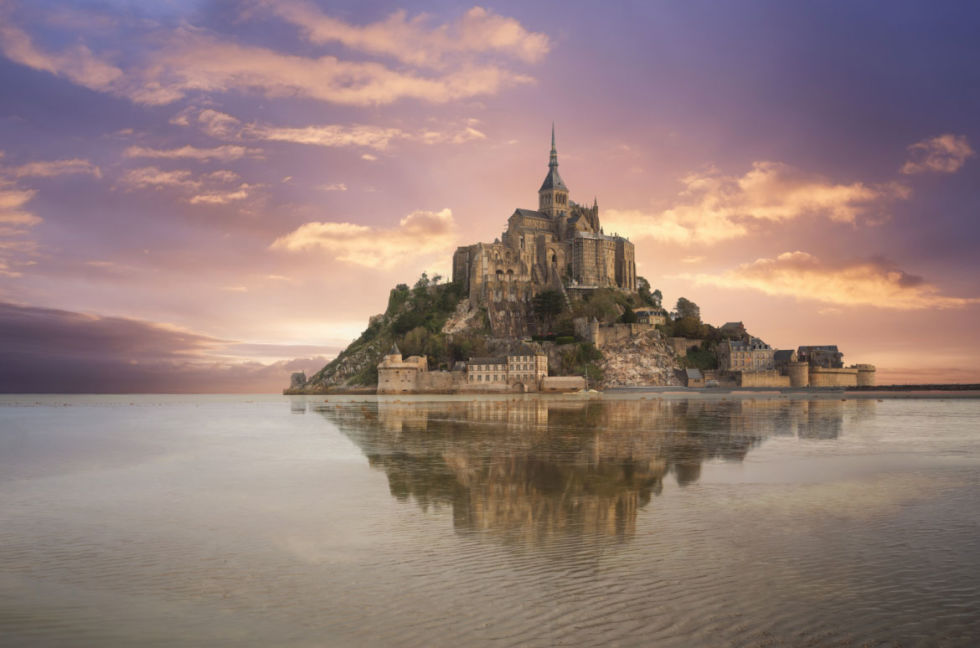 According to Disney art designer Laurent Ben-Mimoun, the movie took literal inspiration from Mont Saint-Mitchel to create a renaissance castle on an island that emulates the “peinture galante” style. 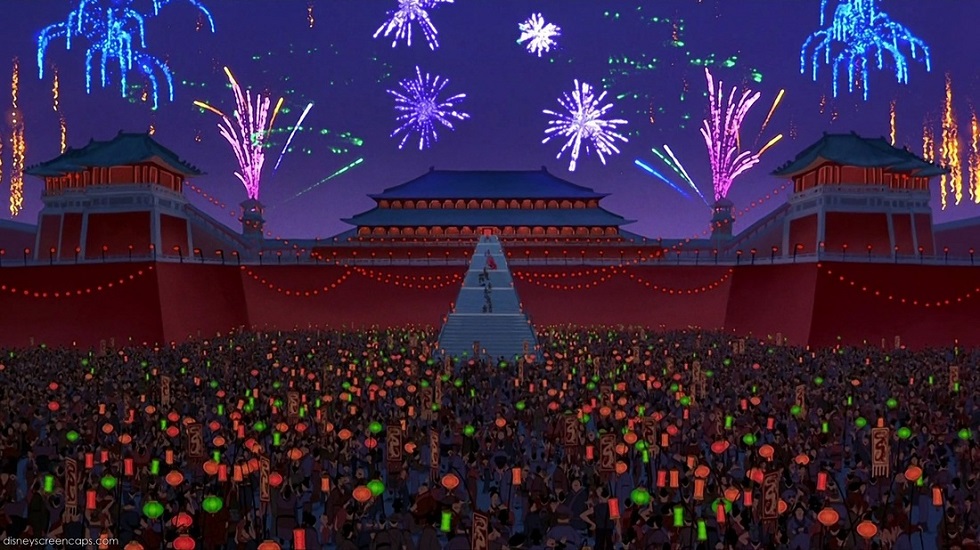 Not only is real-life architectural influence evident in Mulan, it’s also based on the Chinese legend of Hua Mulan. 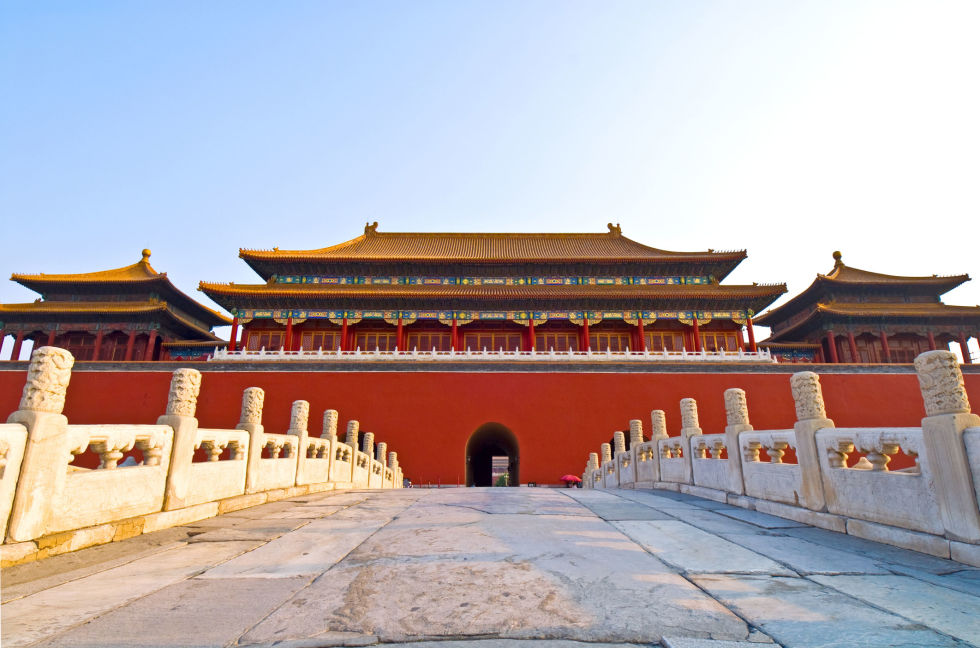 Mulan is thought to be set during the Han Dynasty, based on the traditional clothing the characters wear. However, Disney sought inspiration from this stunning landmark that would be built over 1,000 years later.

10. Movie: The Cathedral In The Hunchback Of Notre Dame 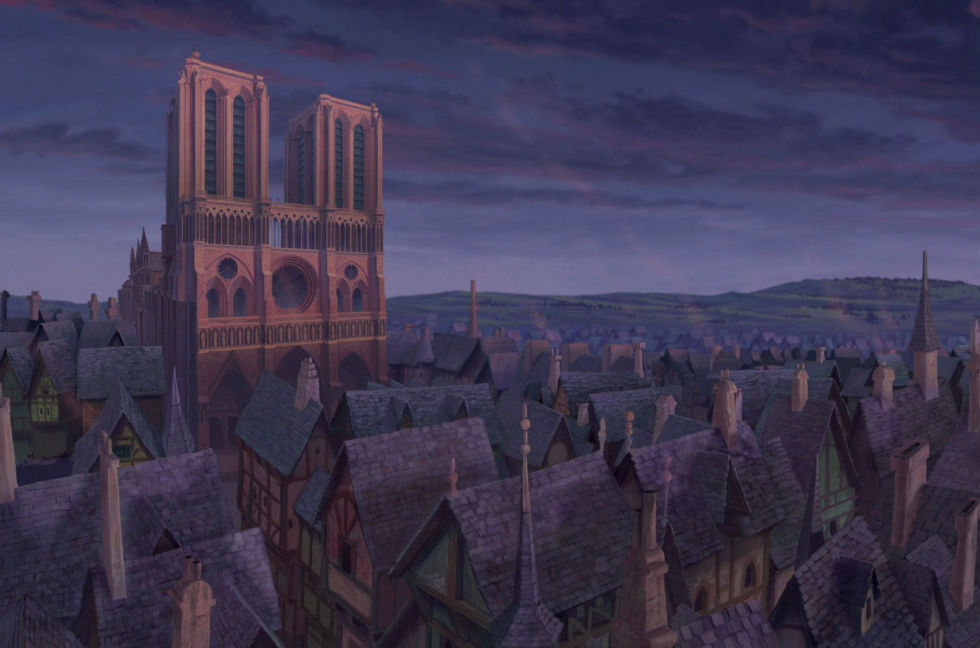 It’s safe to say that Bell ringer Quasimodo’s home is a very literal reinterpretation of a real-life Parisian landmark. 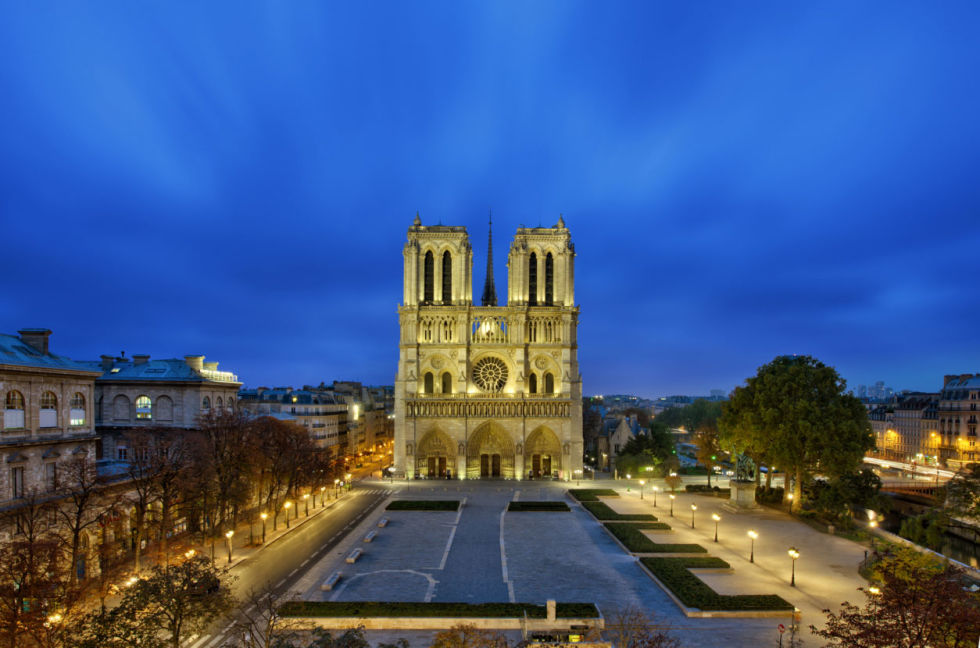 You guessed it: Producers visited France while they were developing The Hunchback of Notre Dame to explore every last nook and cranny of the famous cathedral. 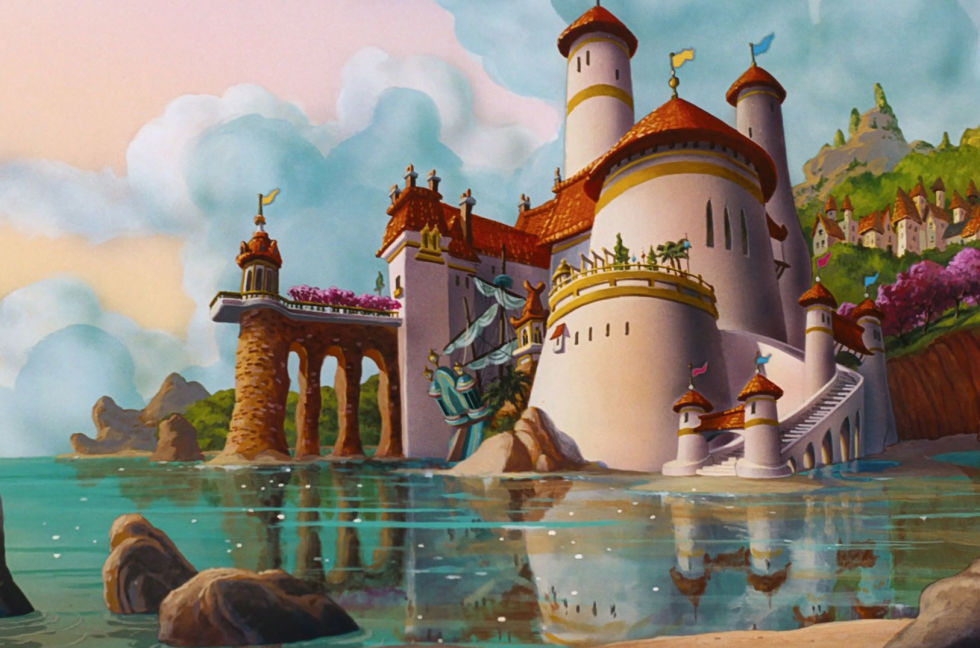 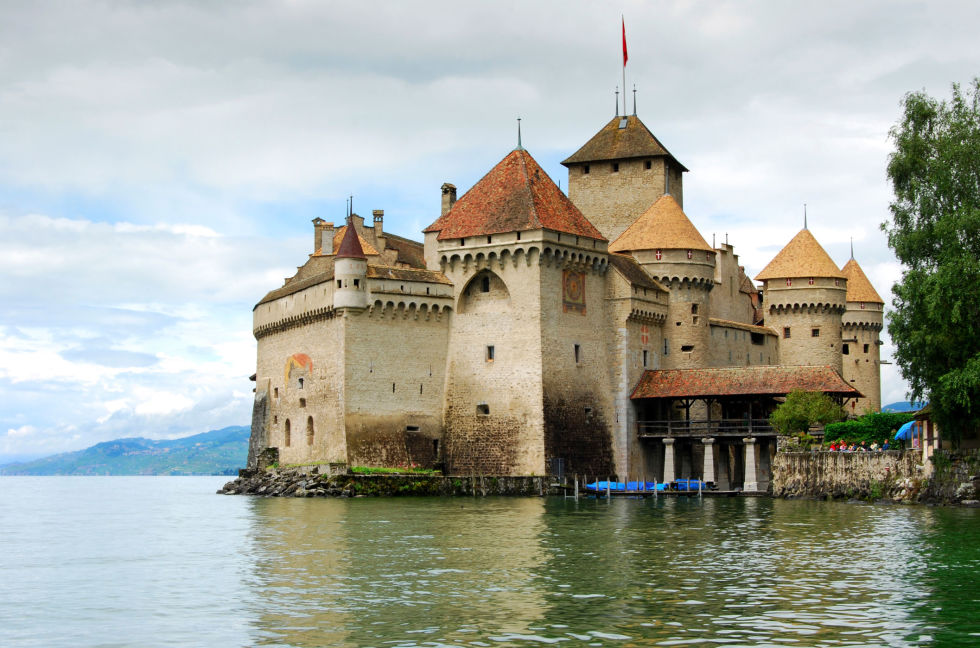 This historic monument dates back to the twelfth century and is thought to be the inspiration for Prince Eric’s Castle, given its lakeside location. 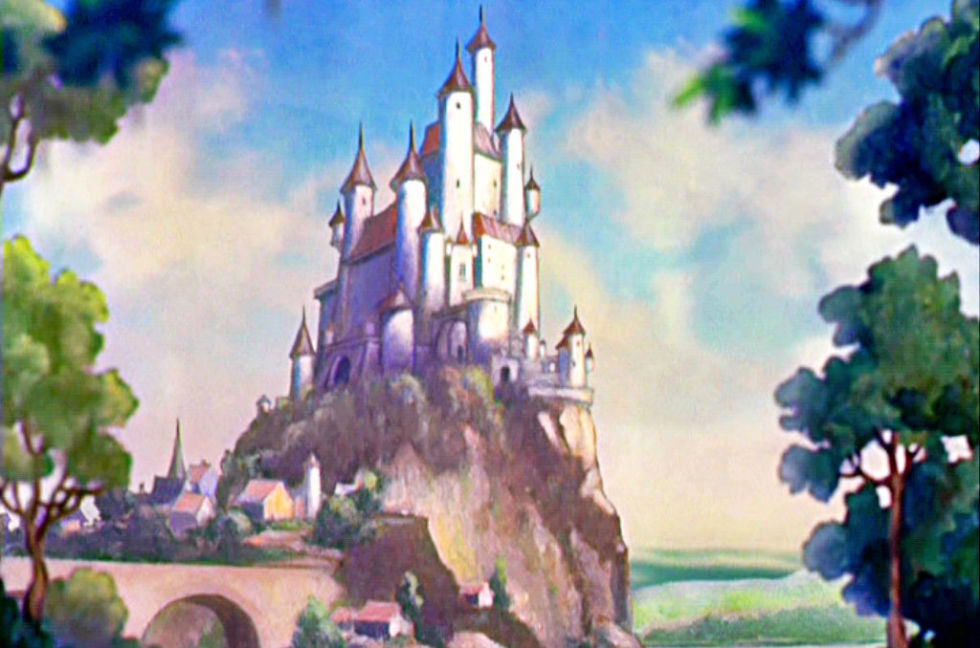 This classic fairytale castle is where the Queen plots to surpass Snow White as “the fairest in the land.” 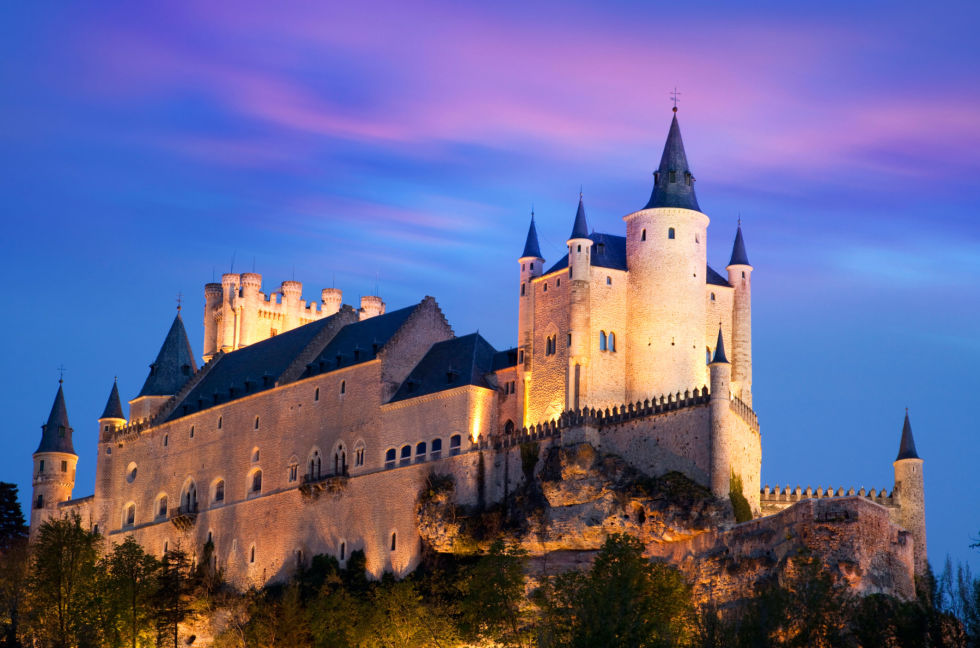 Raised high above a rocky terrain, the Alcázar of Segovia has a distinctive shape that resamples the bow of a ship. 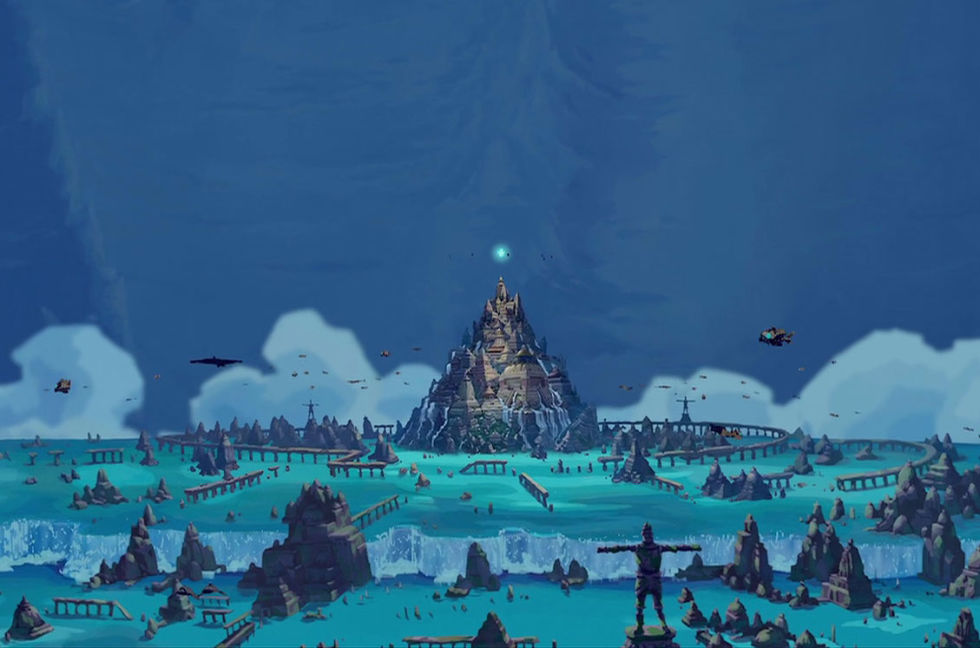 In this animated science fiction film, a young man and his crew journey to find the lost city of Atlantis. 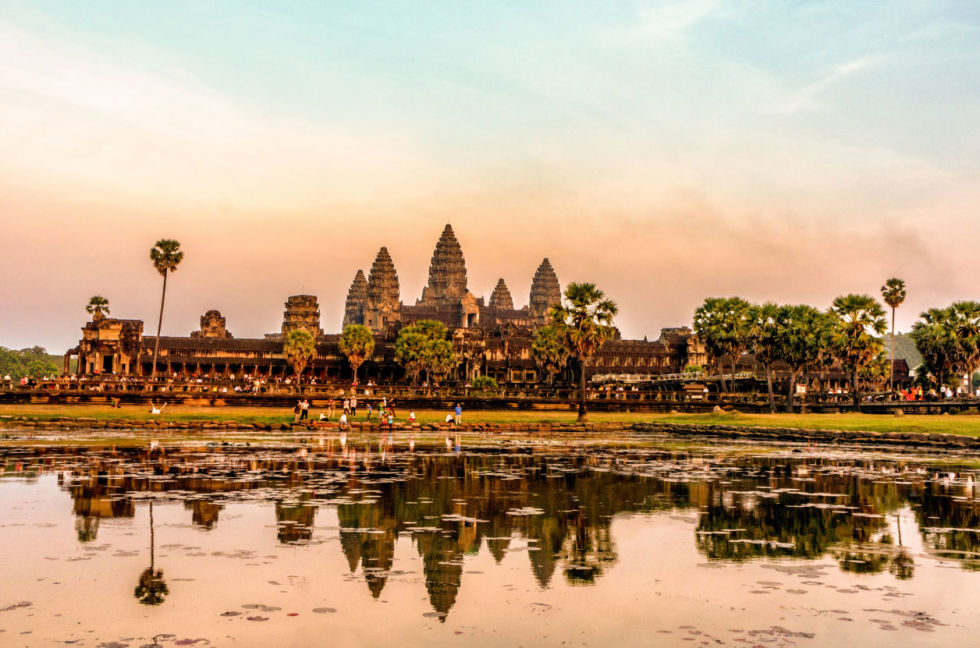 If you’d like to journey to the fabled lost city of Atlantis, visiting this temple complex would be your best best. While the movie blends together architectural characteristics from around the world, the aerial view of Atlantis is said to resemble this Cambodian destination.

The Most Wonderful Roads In The World