by Architect K.A.
Reading Time: 6 mins read
0 0
A A
15
SHARES
457
VIEWS
Share on FacebookShare on TwitterPin to Pinterest

Launched as part of Apple’s iOS 12 update, the Shortcuts app lets you create automated routines for your phone. In other words, with the Shortcuts app, you can say a phrase or tap a button, and your phone will perform multiple tasks simultaneously. Although it’s made to let you create your shortcuts, you can also download pre-made shortcuts from third-party apps or developers.

Arizona resident Robert Petersen used this update to create his third-party shorShortcutitially known as “Police” and now known as “I’m Getting Pulled Over.” It aims to assist users during traffic stops by automatically recording their interactions with police officers. (H/T: Insider) 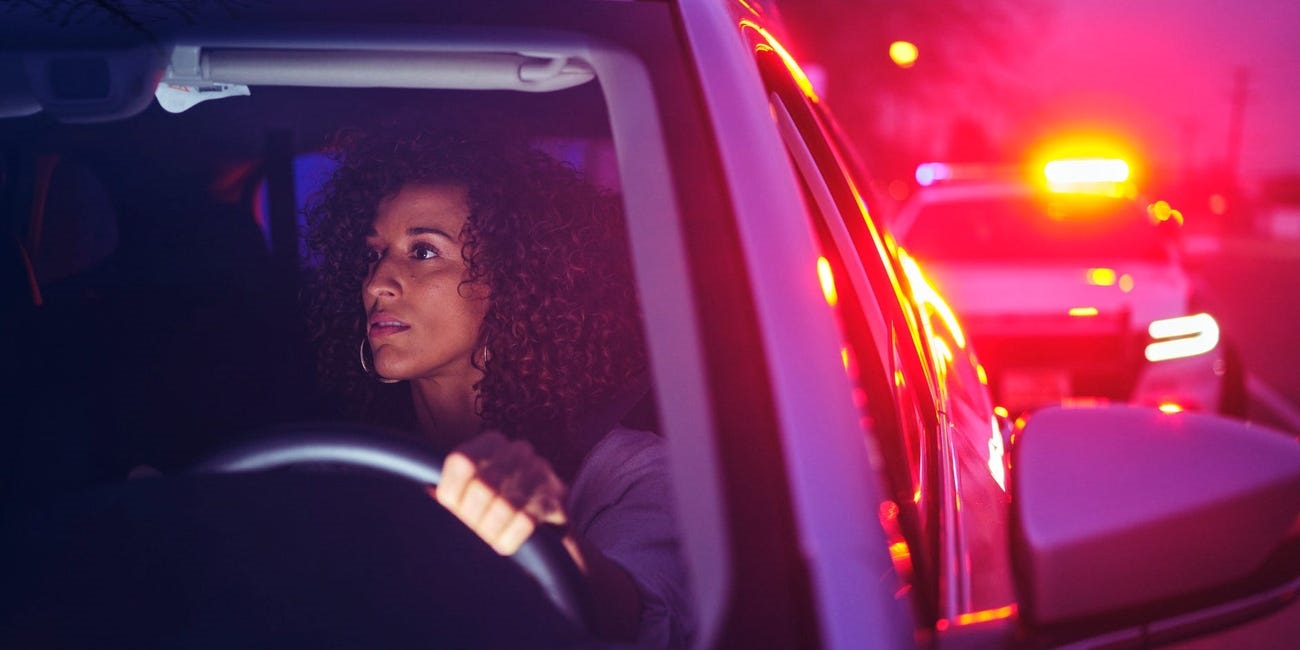 A young woman is being stopped at night by police. RichLegg/Getty Images

Here’s how to download and set up the “I’m Getting Pulled Over” shorShortcutd, then activate it with Siri.

How the “Siri, I’m getting pulled over” shortcut works

First developed in 2018, the shorShortcutivates the Do Not Disturb feature, turning off all incoming calls, messages, and notifications. This reduces the chance that a police officer will be startled by your phone ringing or flashing and act aggressively.

Next, it’ll send a text message with your current location to all the contacts you’ve selected beforehand.

At the same time, your phone will start recording a video with the front camera (i.e., the one above the phone’s screen).

These are the default settings, but you can customize them in various ways — for example, you can set it, so it records with the rear camera instead.

How to download the “Siri, I’m Getting Pulled Over” shorShortcutble Untrusted Shortcuts on your iPhone.

Since the shorShortcutmade by a third party, your iPhone will consider it an “untrusted” shortcut. This means you’ll need to adjust your phone settings before downloading and using it.

Necessary: Before enabling untrusted shortcuts, you’ll need to run at least one “trusted” shorShortcut you haven’t done yet, open the Shortcuts app and set up — then run — one of the “Starter Shortcuts.” It should only take a few moments.

01. Open your Settings app and tap on Shortcuts. Depending on your version of iOS, it’ll either be listed with the other iOS apps or with the more extensive list of apps at the bottom. 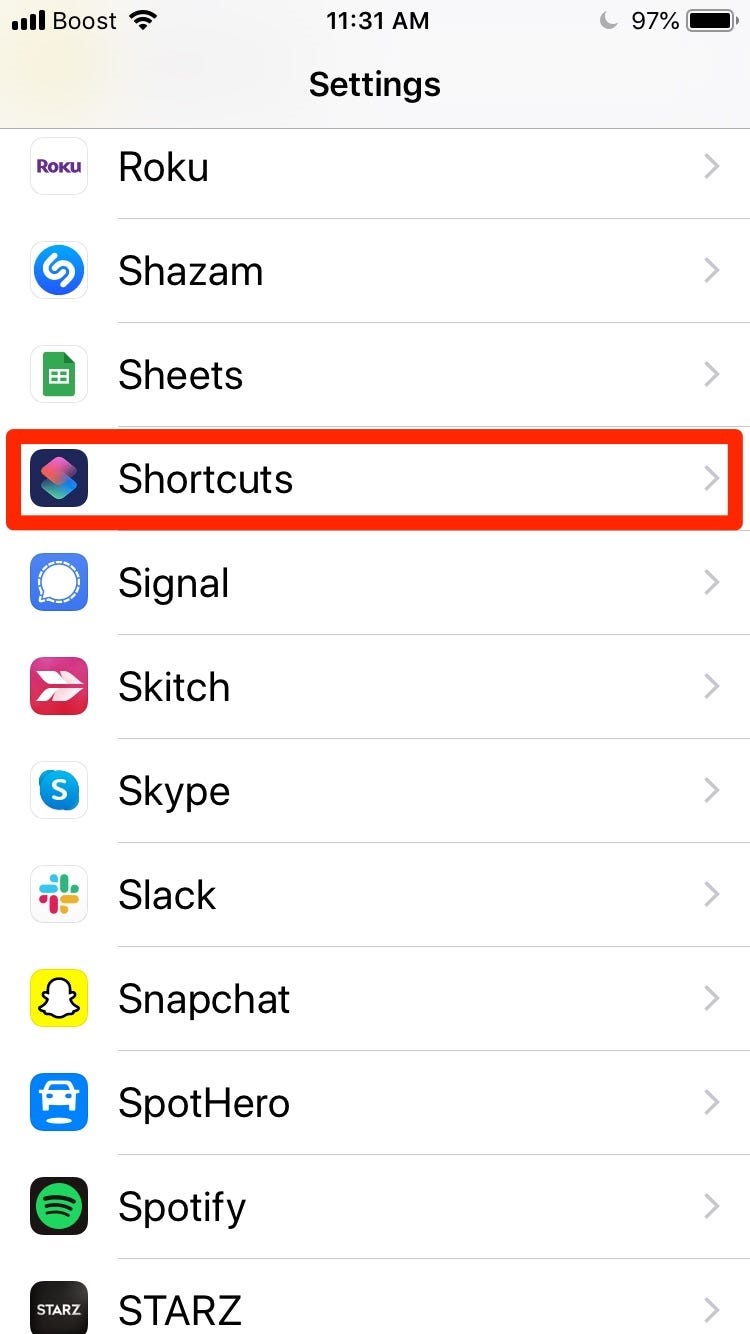 You can also find the Shortcuts menu using the search bar. Abbey White/Insider

02. Toggle on Allow Untrusted Shortcuts. Again, remember that before you can select this, you’ll have to create and run at least one “trusted” ShorShortcutu’ll need to authorize third-party shortcuts to use I’m Getting Pulled Over. Ennica Jacob/Insider

03. A pop-up window will warn you of potential risks. To continue, tap “Allow” and then enter your passcode.

Download the shorShortcut Open this link in your iPhone’s Safari browser.

02. The Shortcuts app will open, listing all of the shorShortcut’stures. At the bottom, tap “Add Untrusted Shortcut.”

Add the shorShortcutst and manage the other settings later. Ennica Jacob /Insider

03. Choose which contacts will receive a message with your location. Then hit “Continue.”

04. Next, select which contacts will receive a video copy.

You can select more than one contact to be notified when you use the shorShortcutnica Jacob /Insider.

06. Back on the My Shortcuts tab, tap “All Shortcuts,” and then tap the three dots (…) on the I’m getting pulled over shorShortcut. Scroll down to the “Location” section and select “Allow Access,” then tap “Allow While Using App.”

You’ll need to enable location services to use the shorShortcutnica Jacob /Insider.

08. Scroll down to the Messages, Camera, and Photo sections and do the same thing — tap “Allow Access” and then “OK.”

You’ll need to grant the shortcut access to your other apps. Ennica Jacob /Insider

09. In the Camera section, select Front or Back, depending on the camera you want to start the recording.

The I’m Getting Pulled Over shorShortcutl asks you to choose between your front and back camera. Ennica Jacob /Insider

10. Scroll down to the Scripting “Choose from Menu” settings and choose where to store your video when the shorShortcuts. You’ll have the following options:

You can tap one of the red minus options to delete a location or the green plus to add one.

You can add and remove storage services from the shorShortcutnica Jacob /Insider.

11. When complete, choose “Done” to confirm your settings.

How to activate the “Siri, I’m getting pulled over” shorShortcute you’ve set up, activating the shorShortcuteasy.

01. Activate Siri by holding down the lock or Home button, depending on your iPhone model. If you have it enabled, you can also say, “Hey, Siri.”

Alternatively, you can open the Shortcuts app and tap the “I’m getting pulled over” button in your My Shortcuts tab.