Nettleton 198 by SAOTA and OKHA Interiors

by Architect K.A.
Reading Time: 5 mins read
0 0
A A
32
SHARES
79
VIEWS
Share on FacebookShare on TwitterPin to Pinterest

This eight story contemporary house is located next to Nettleton 195 and Nettleton 199, two other projects designed by SAOTA in Clifton, a suburb of Cape Town, South Africa. 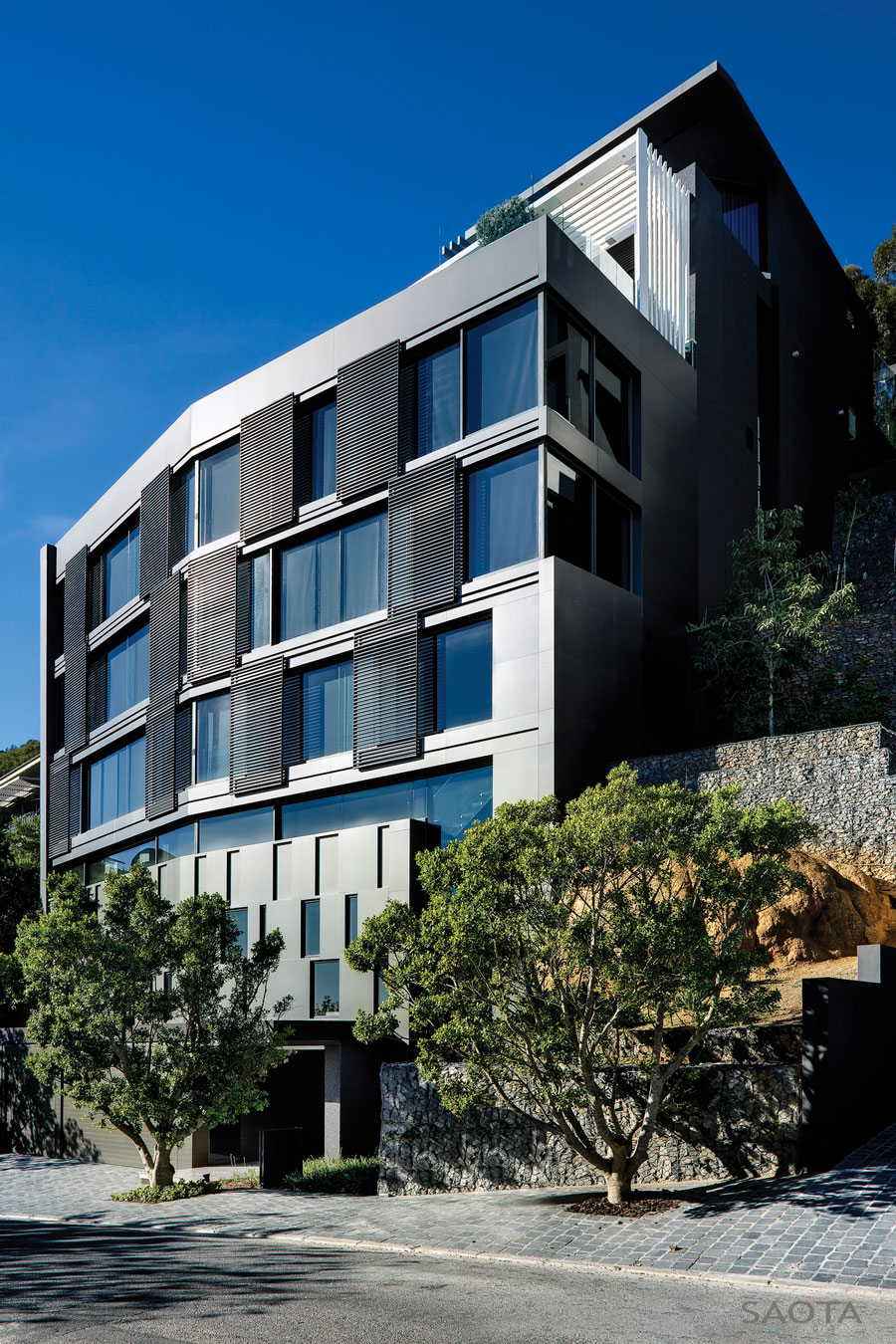 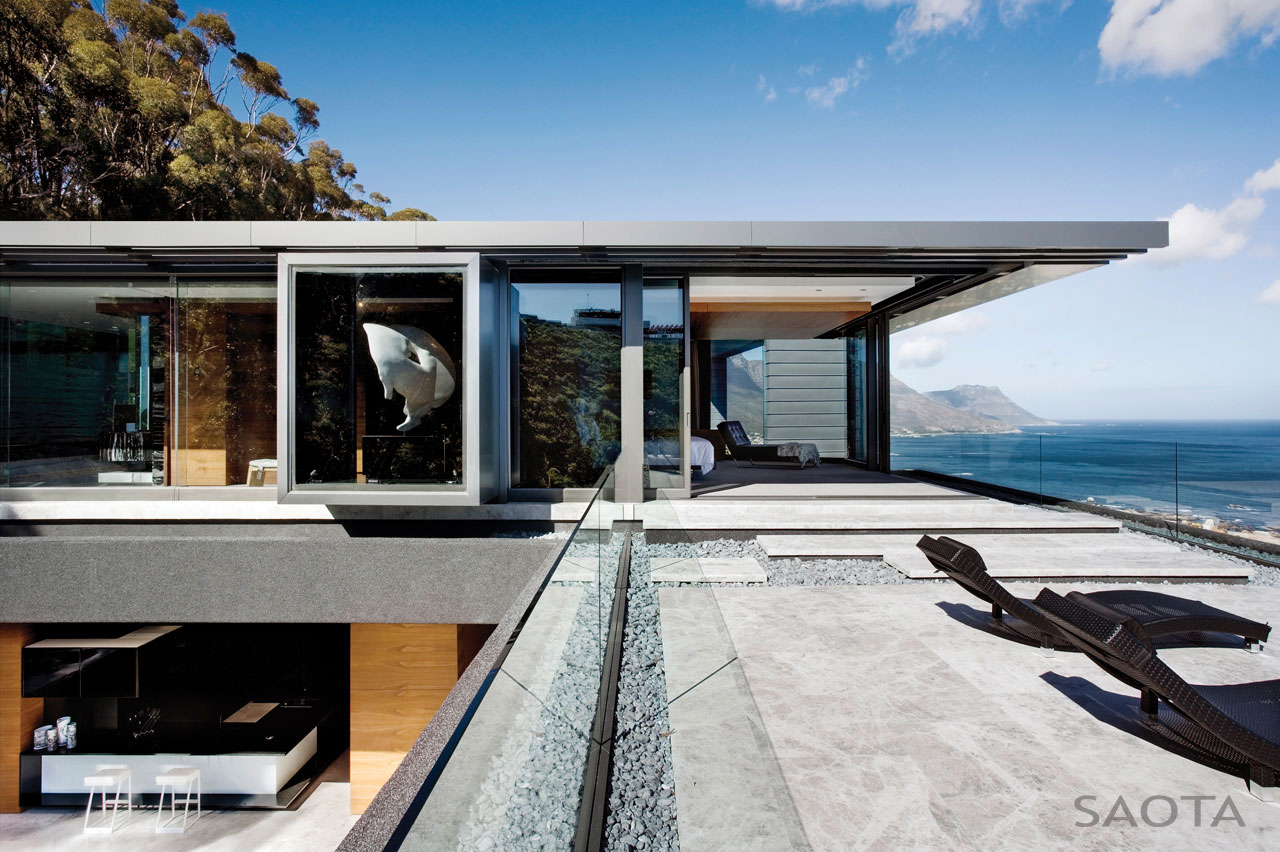 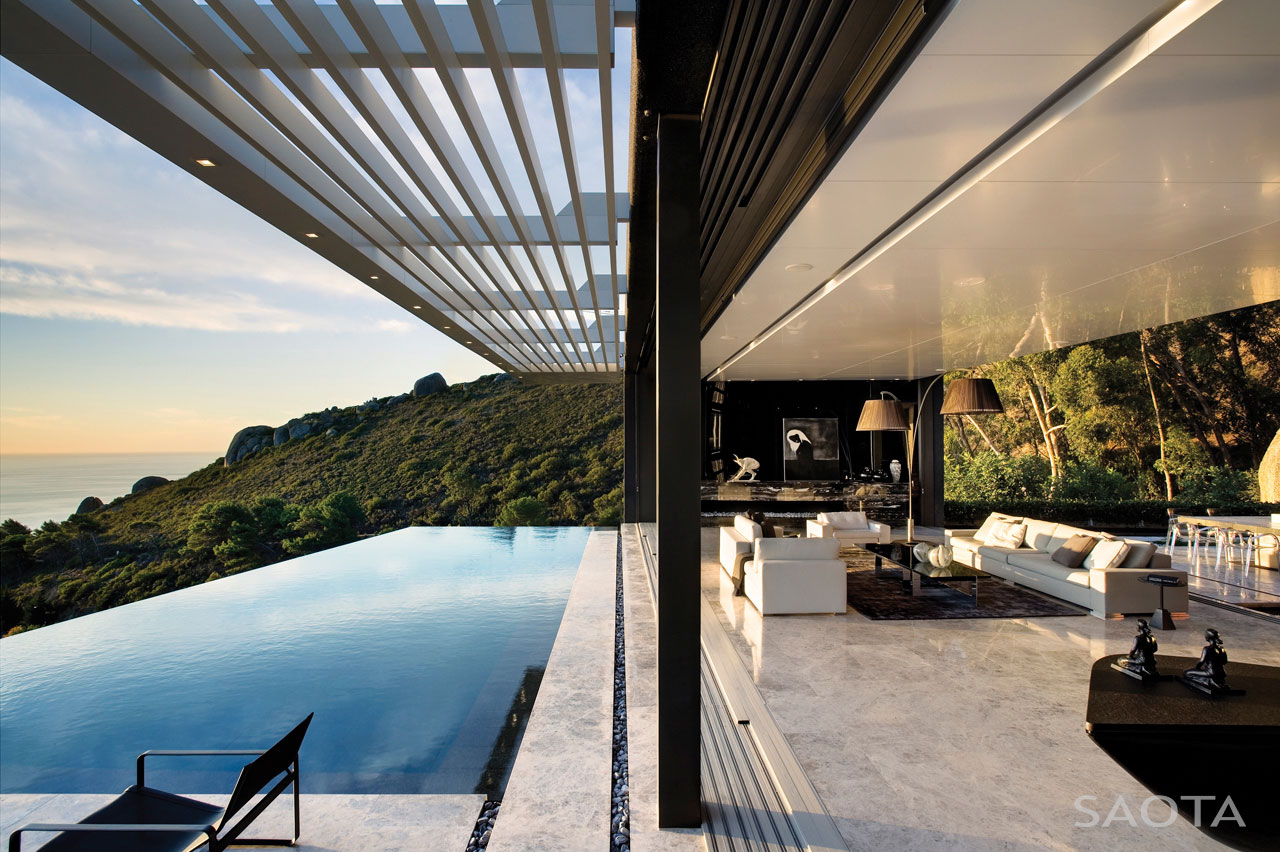 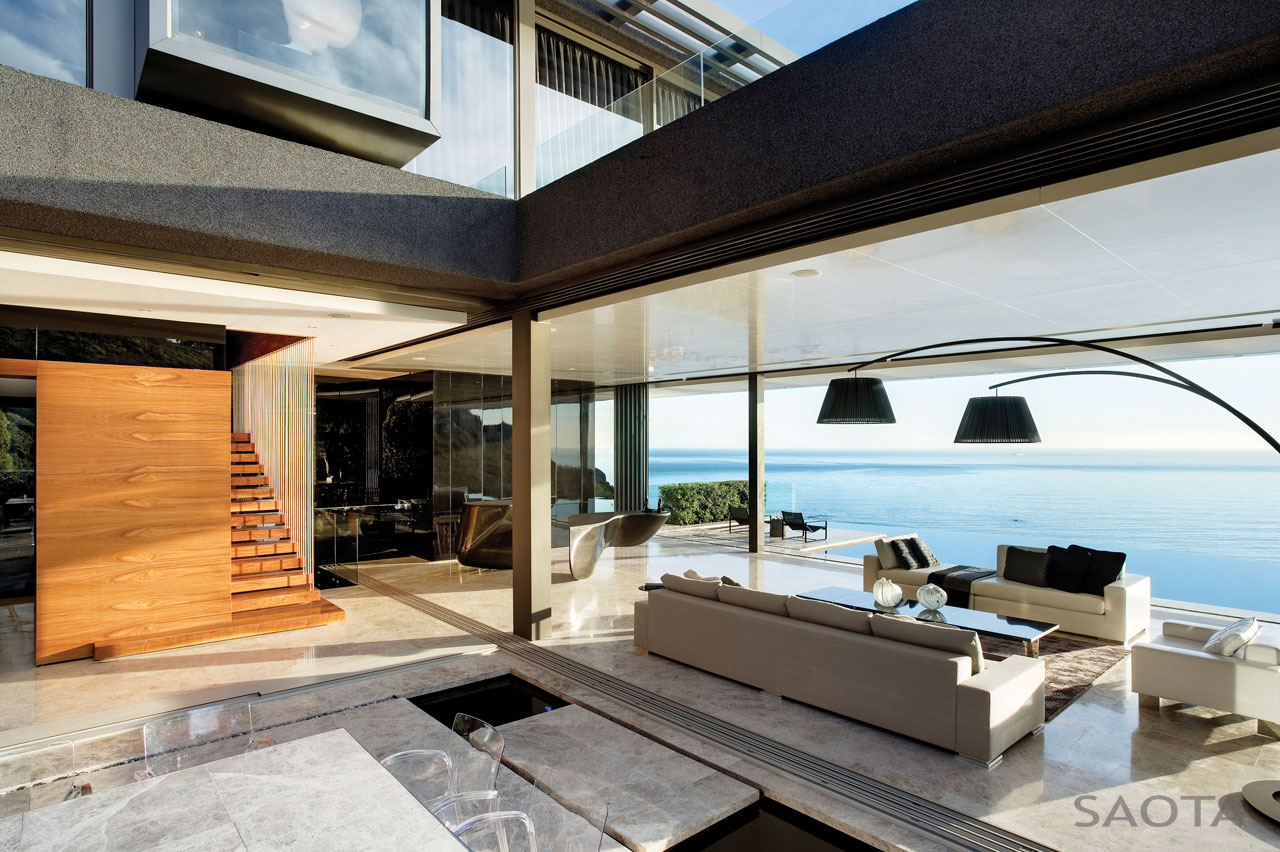 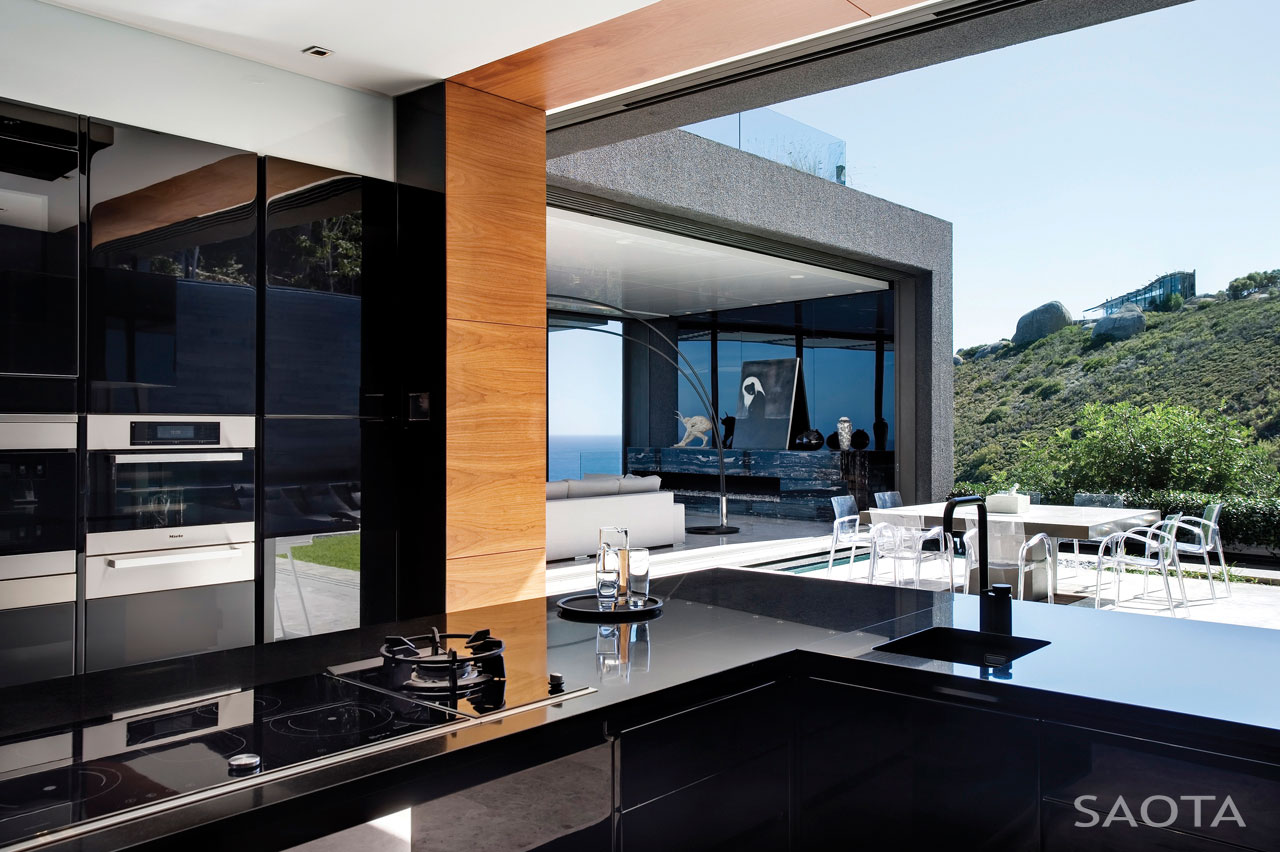 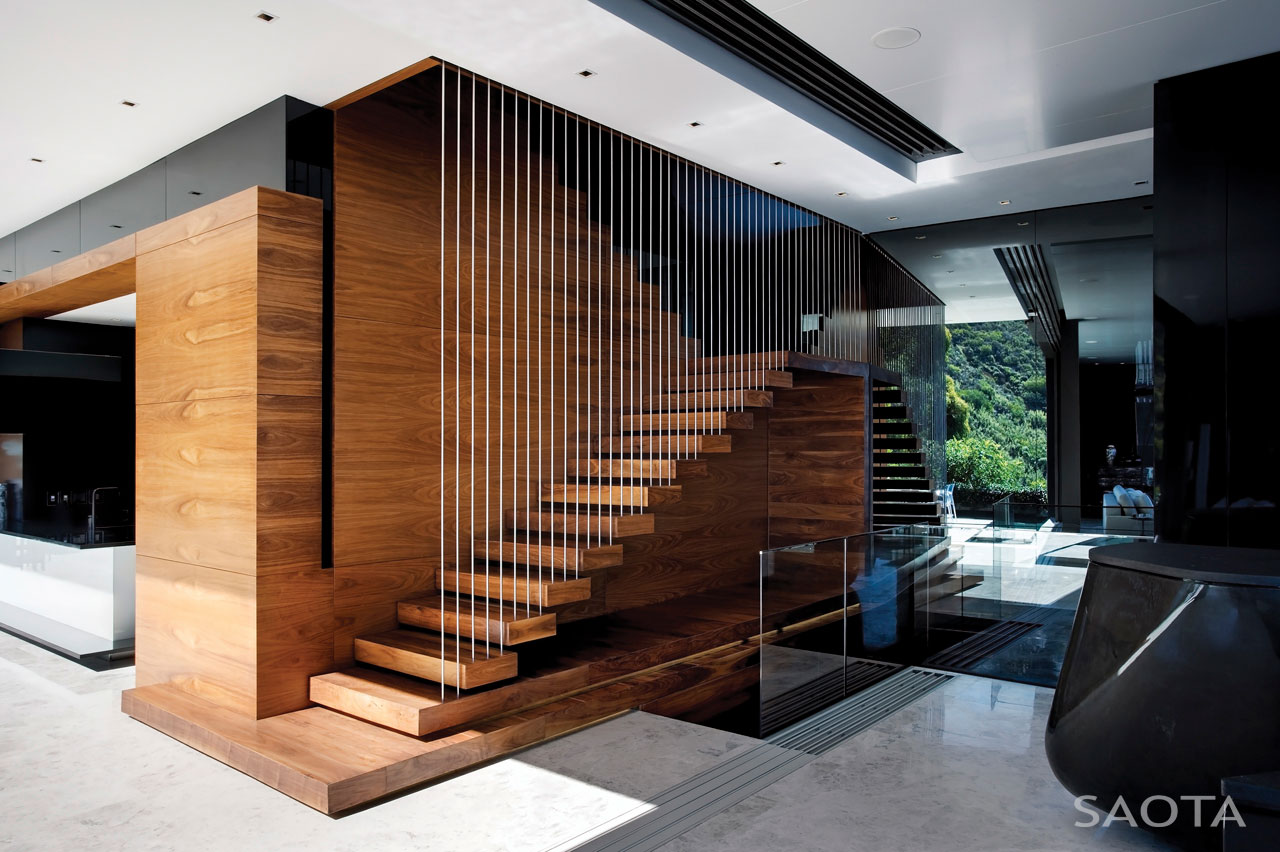 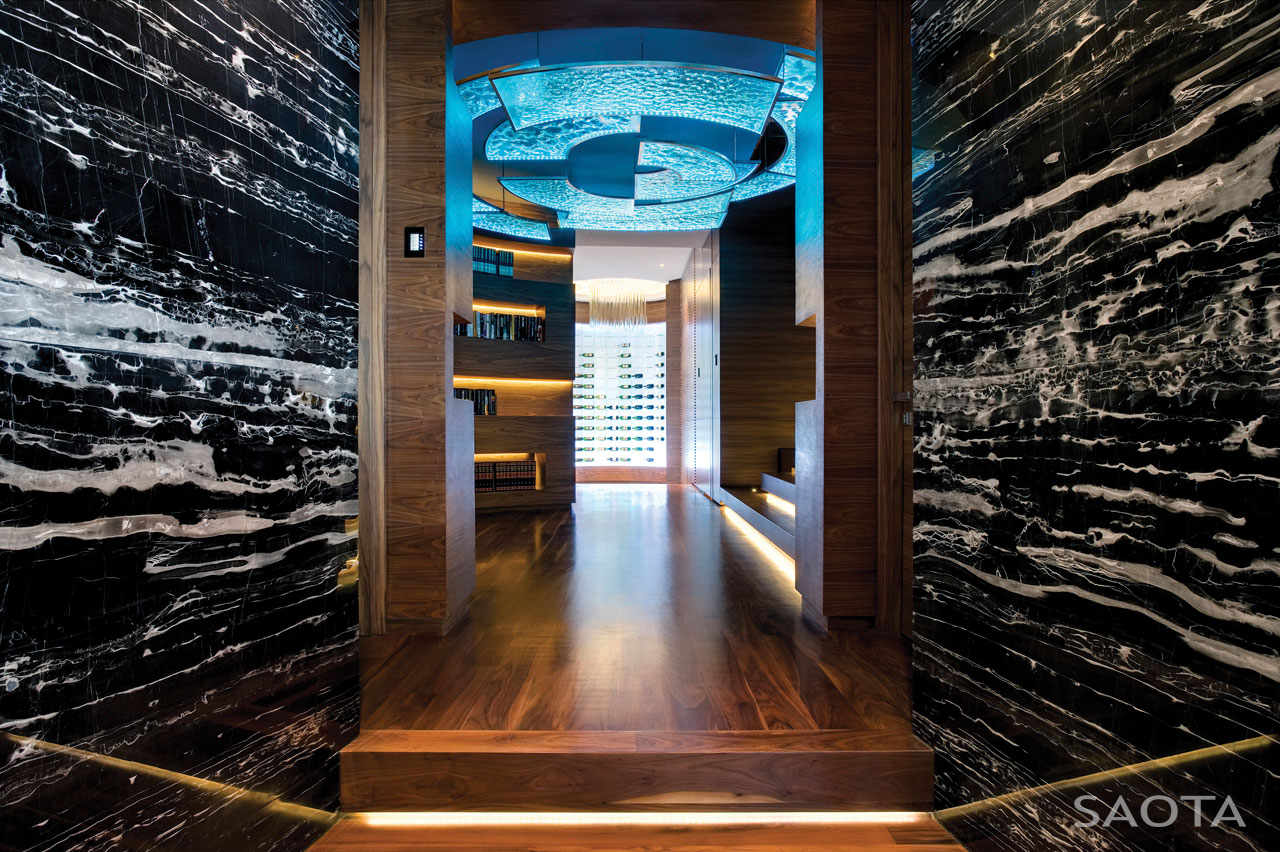 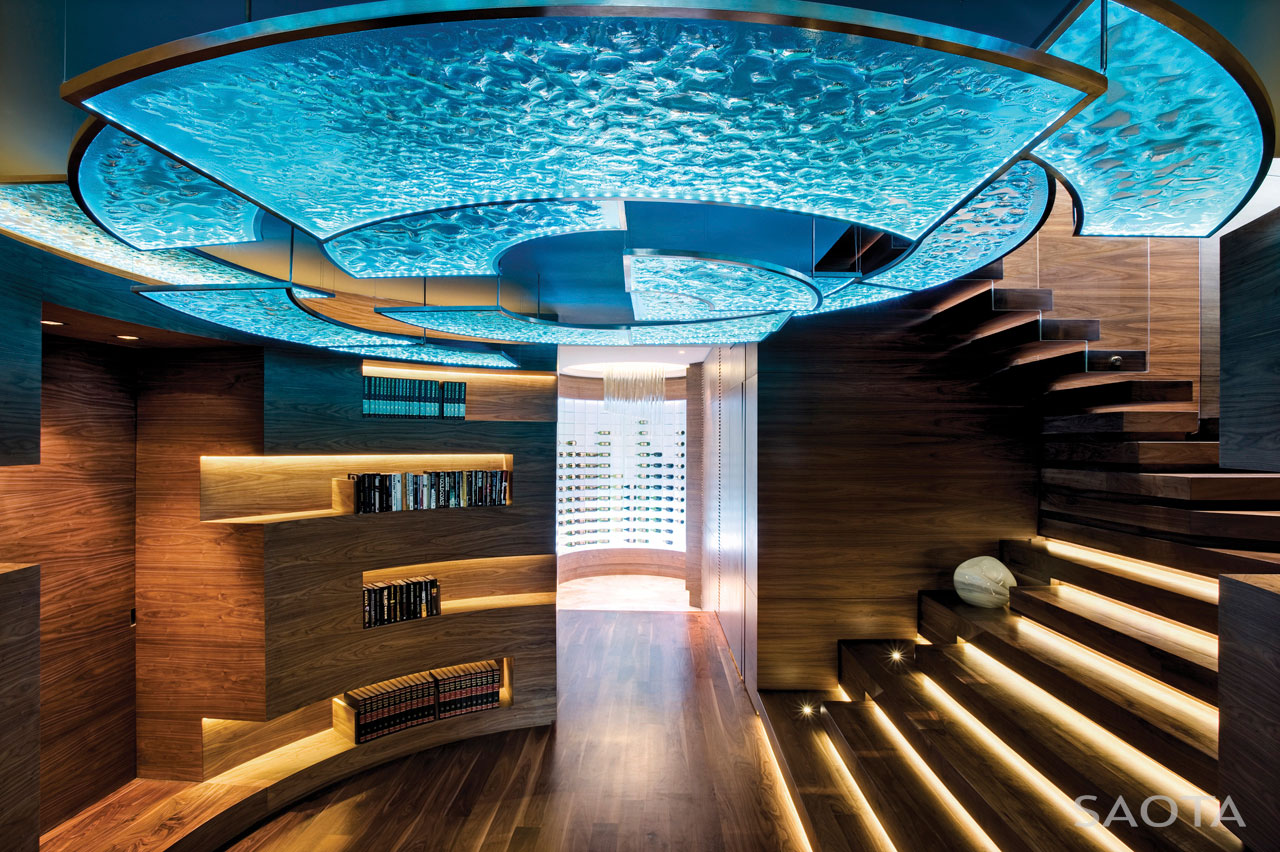 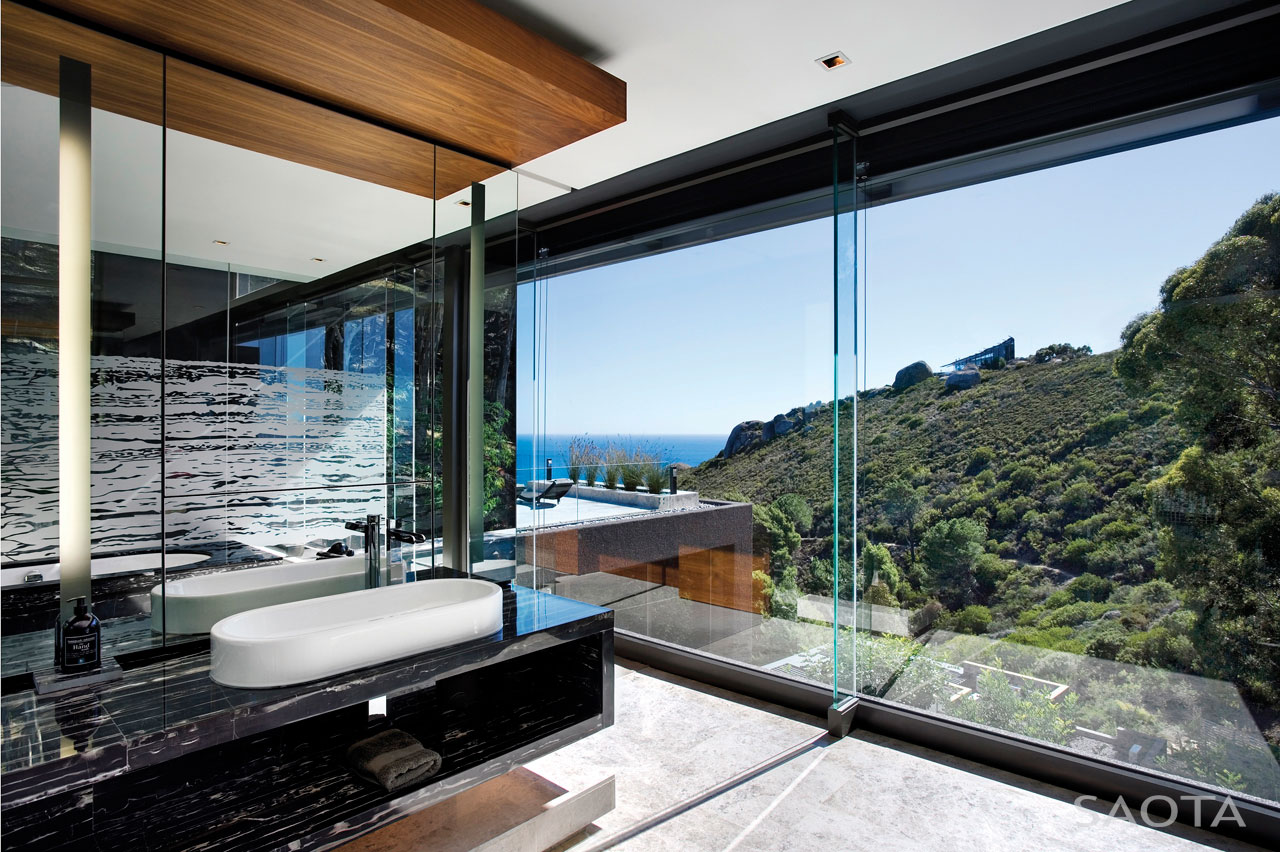 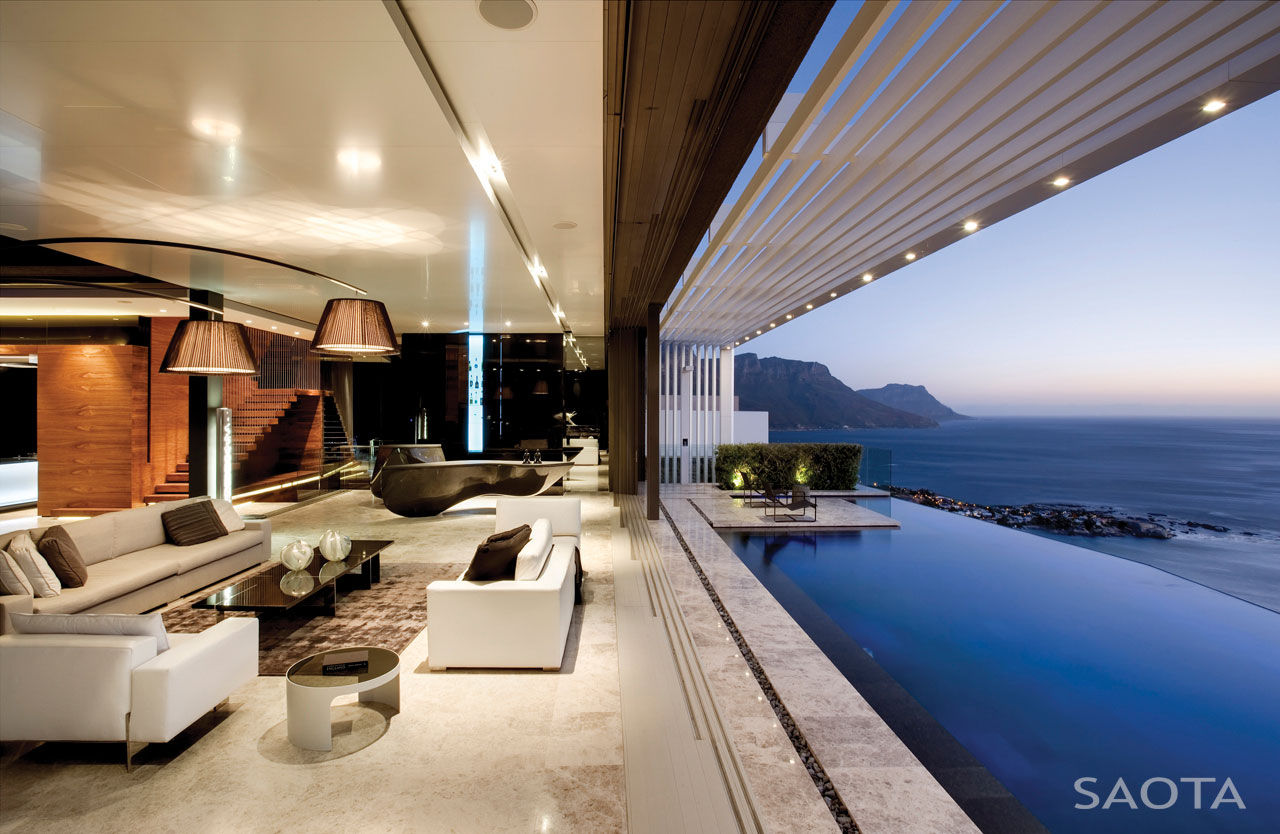 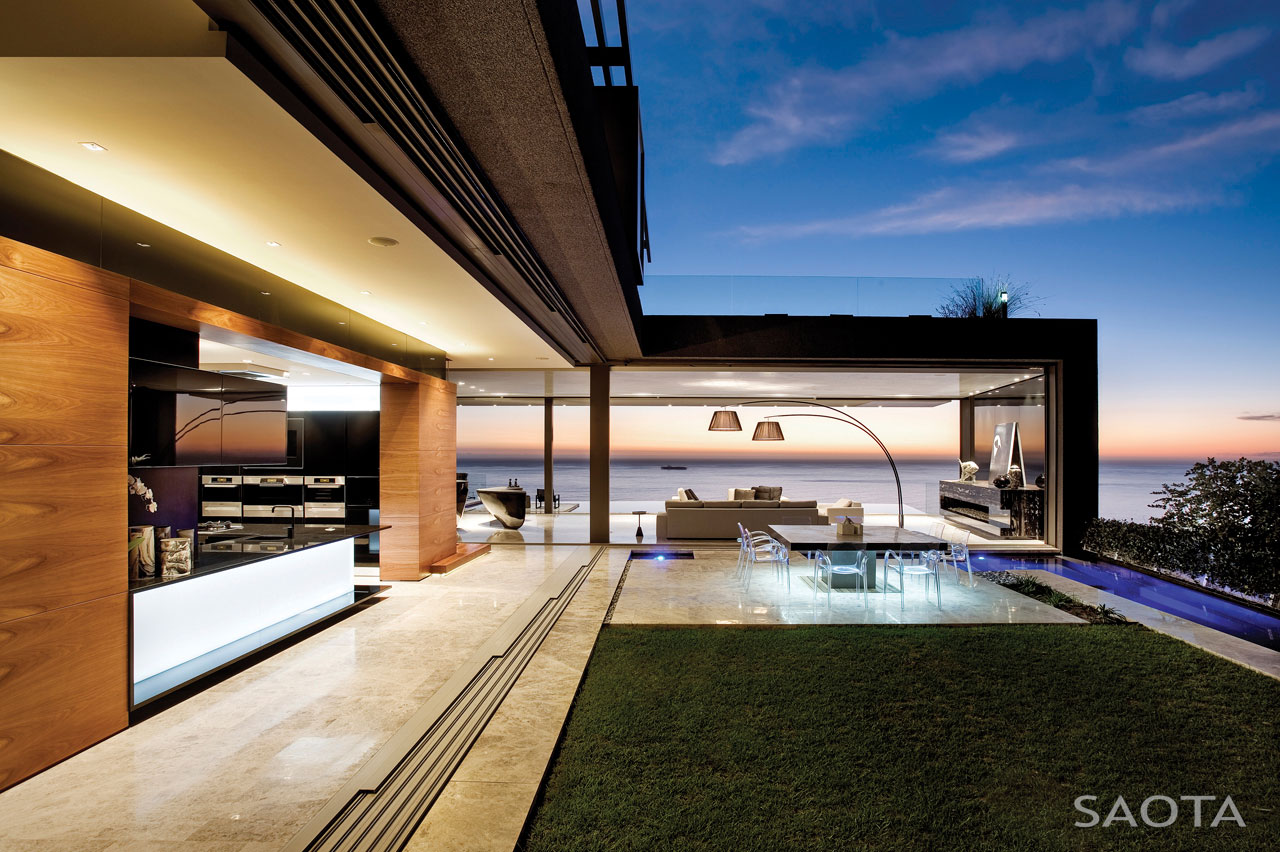 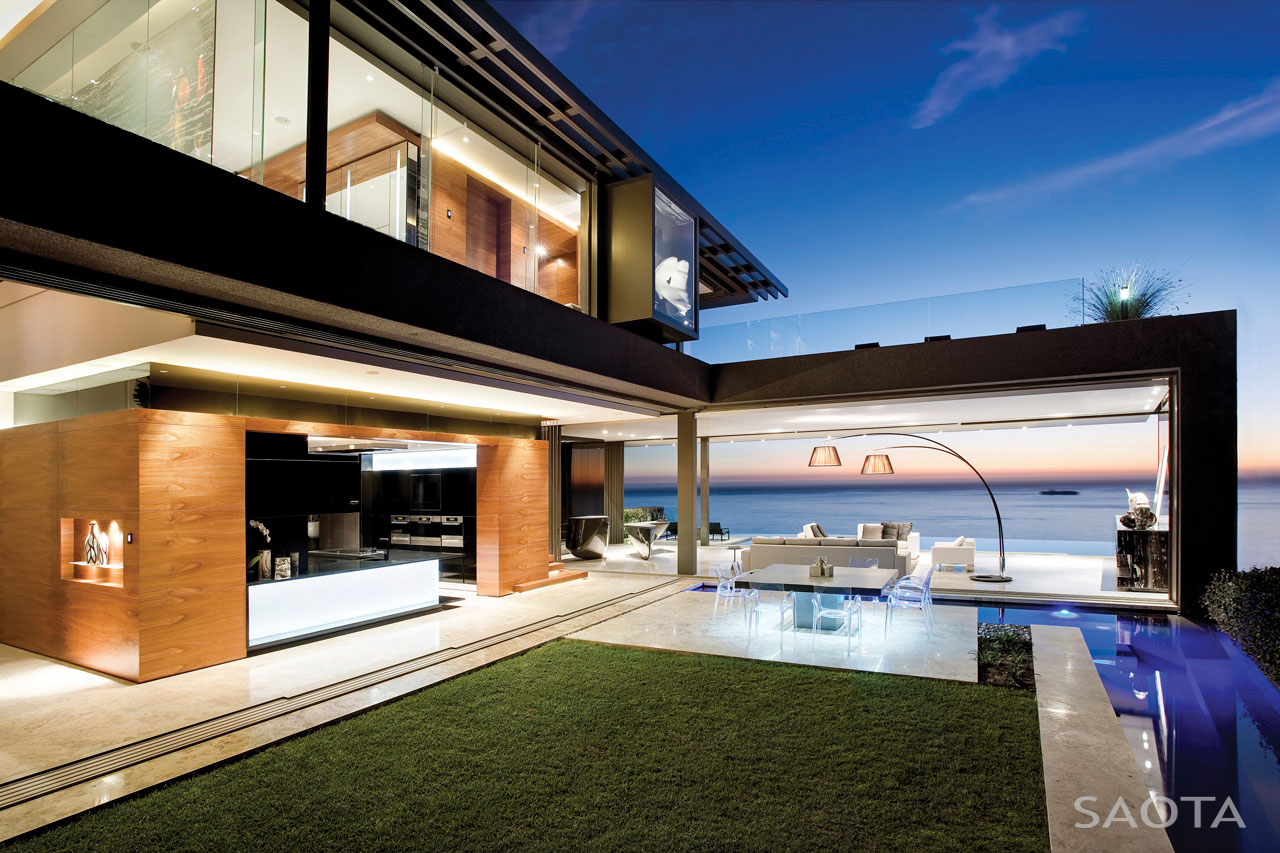 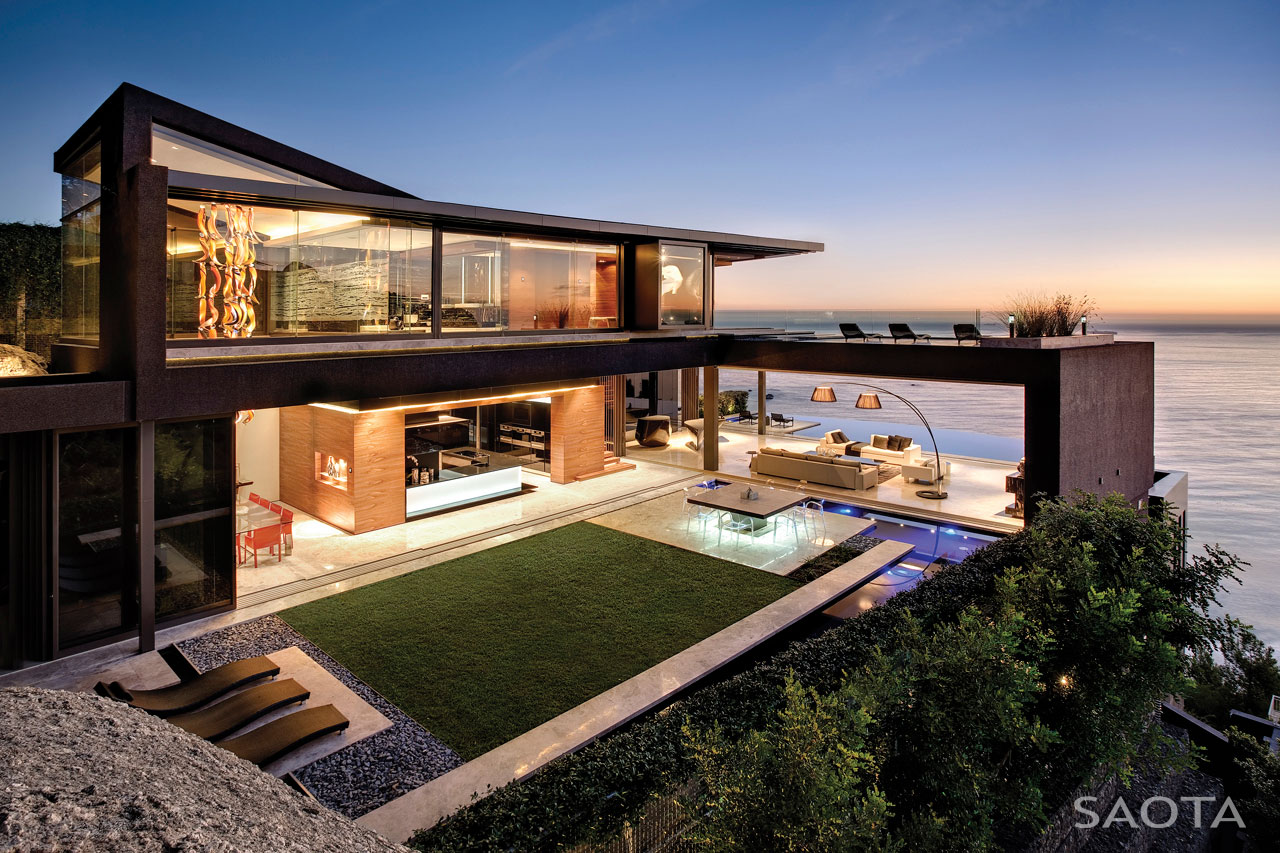 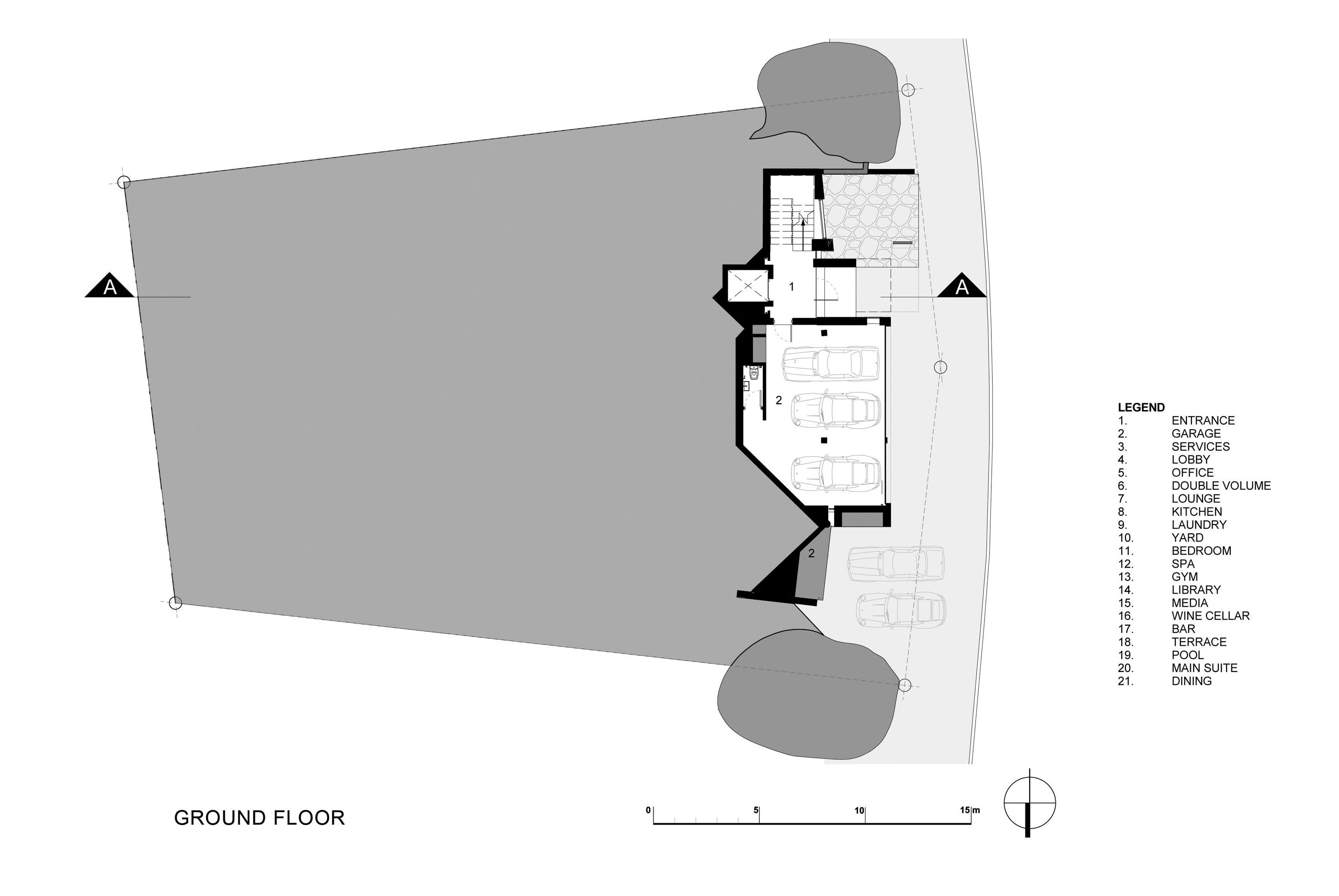 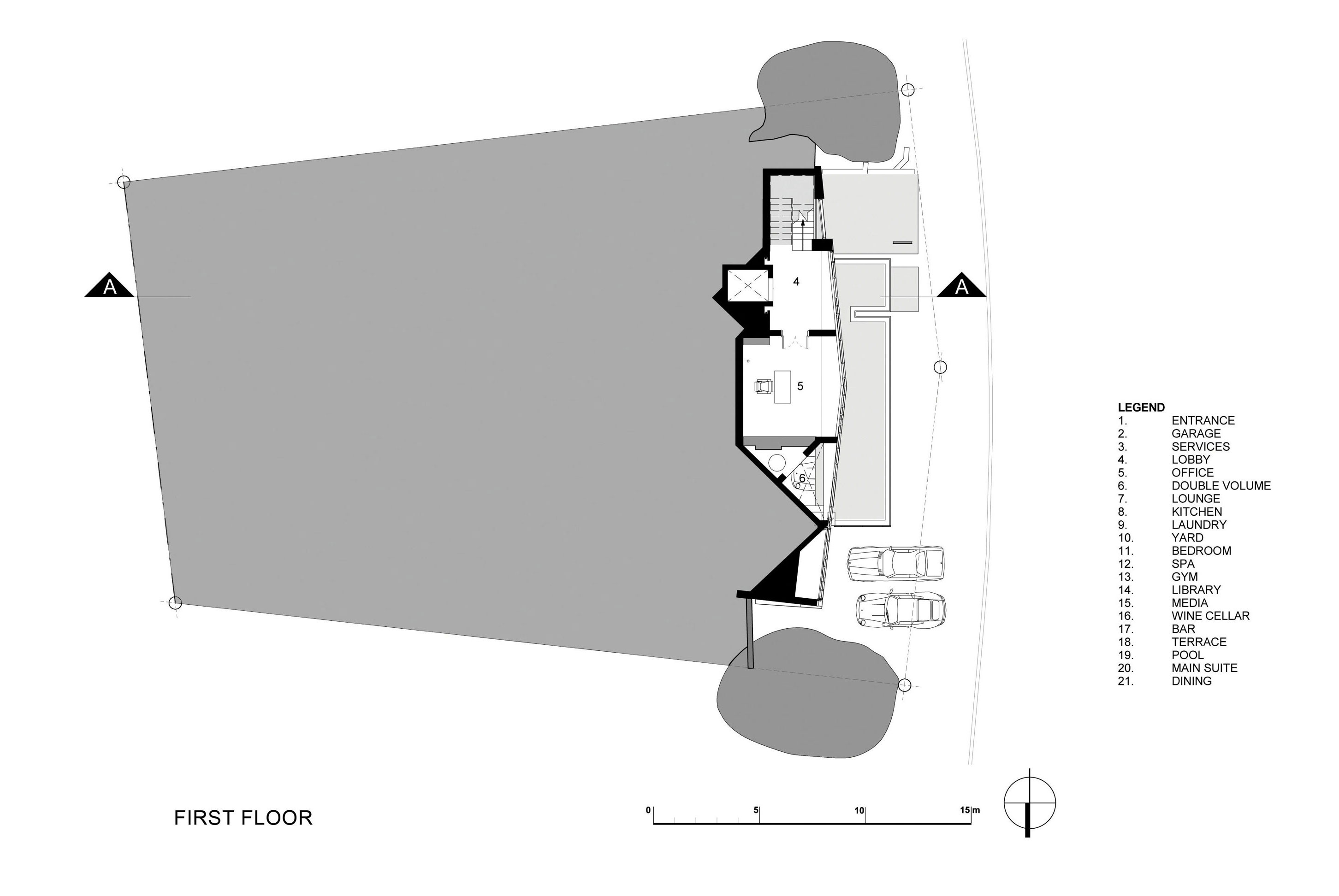 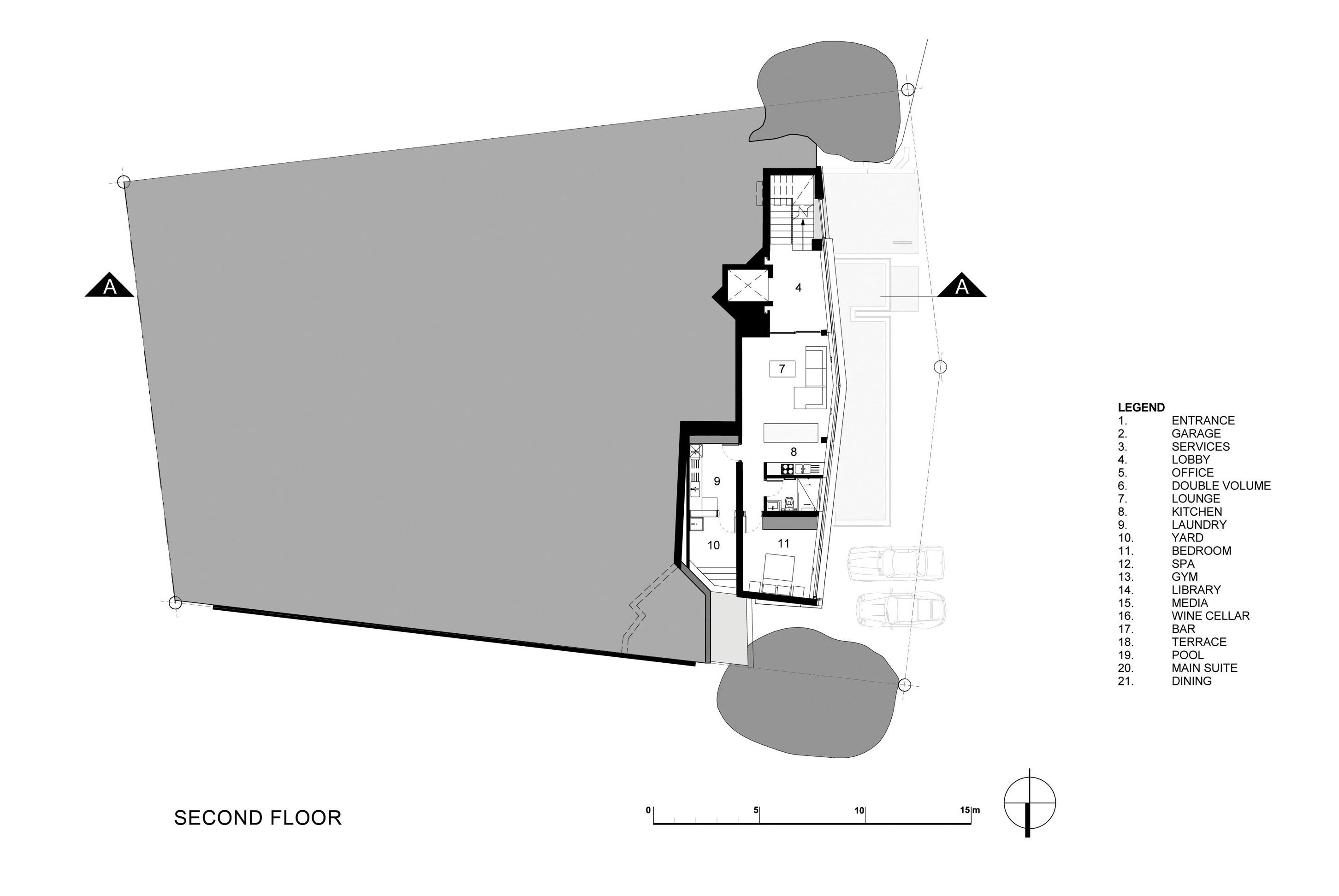 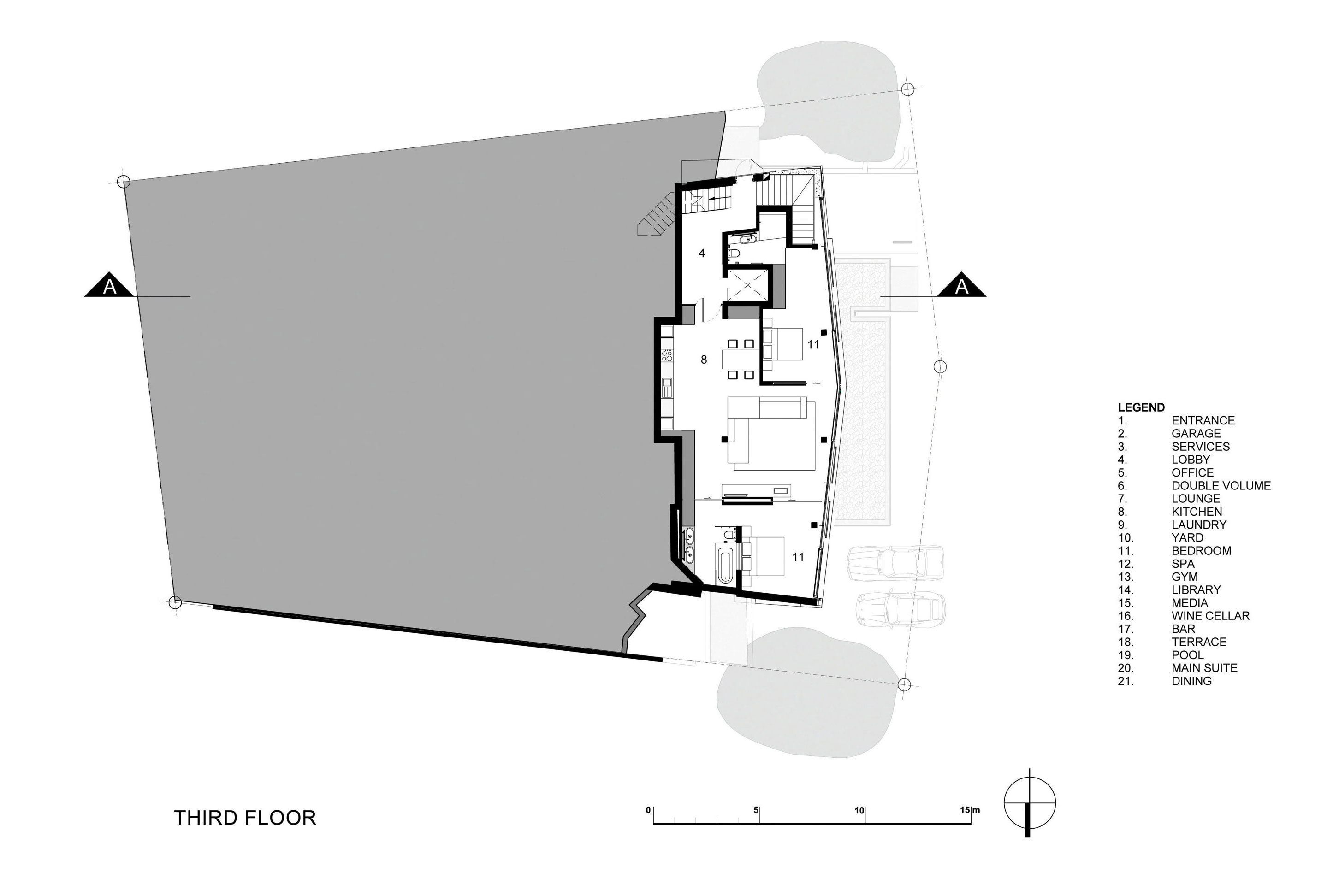 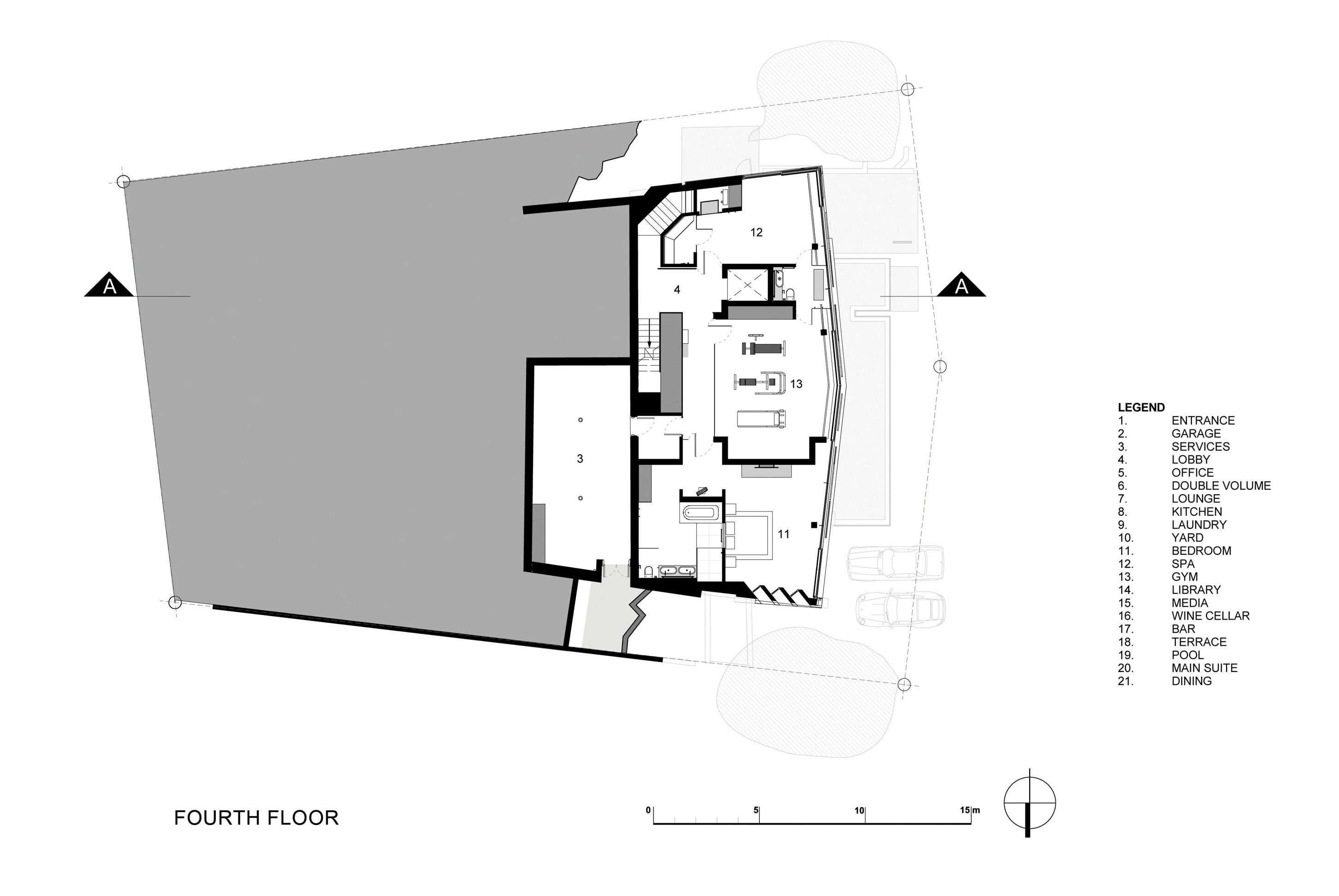 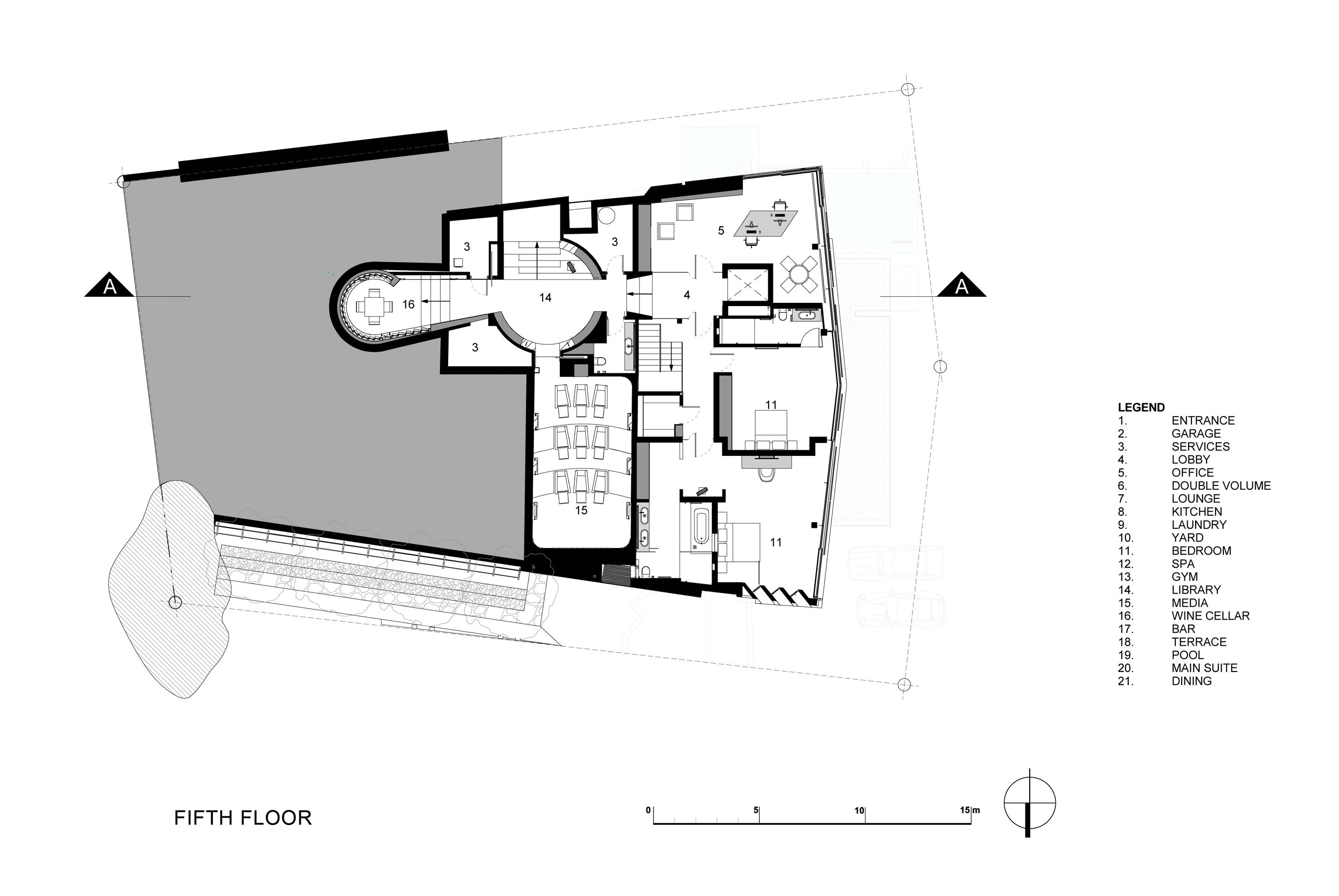 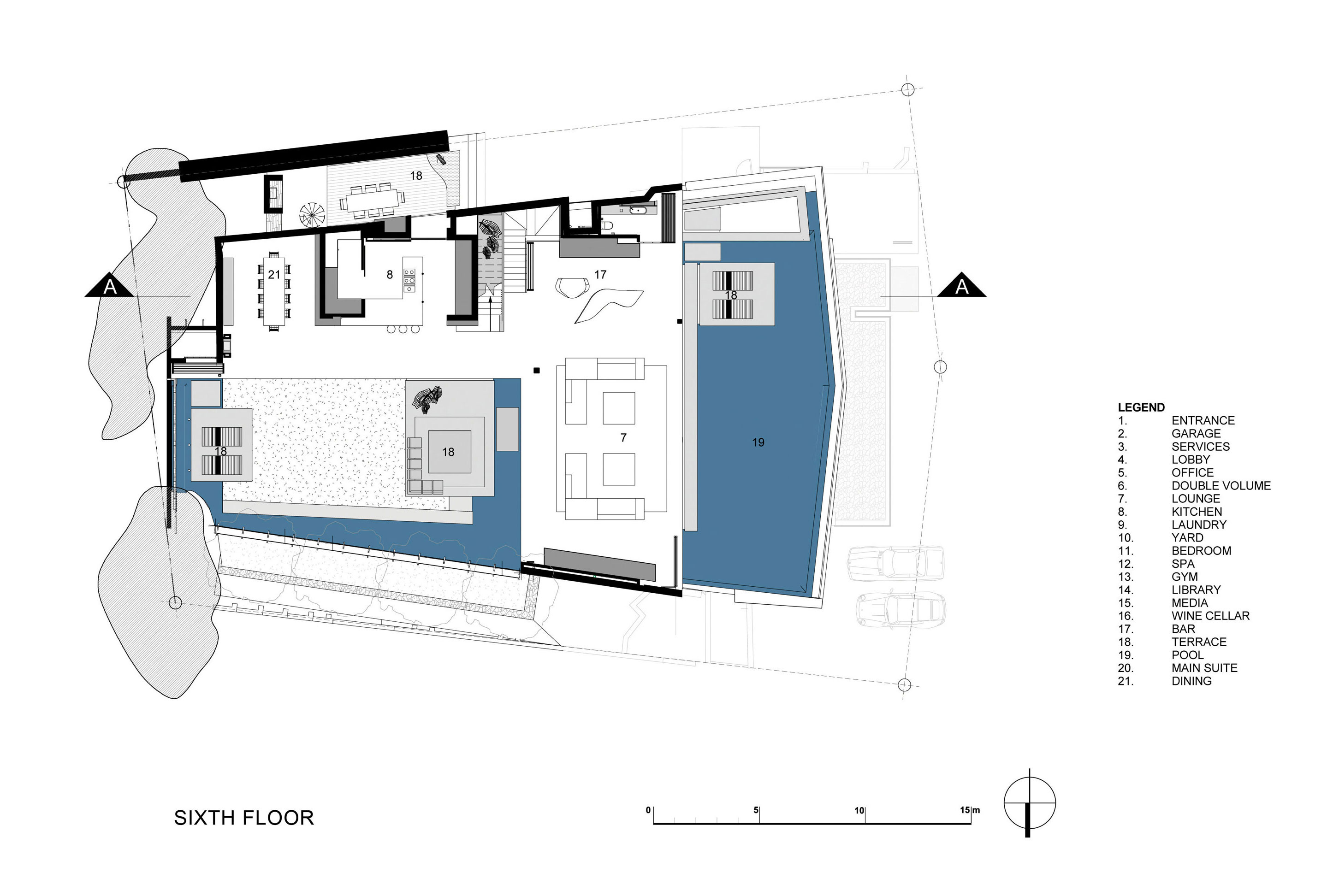 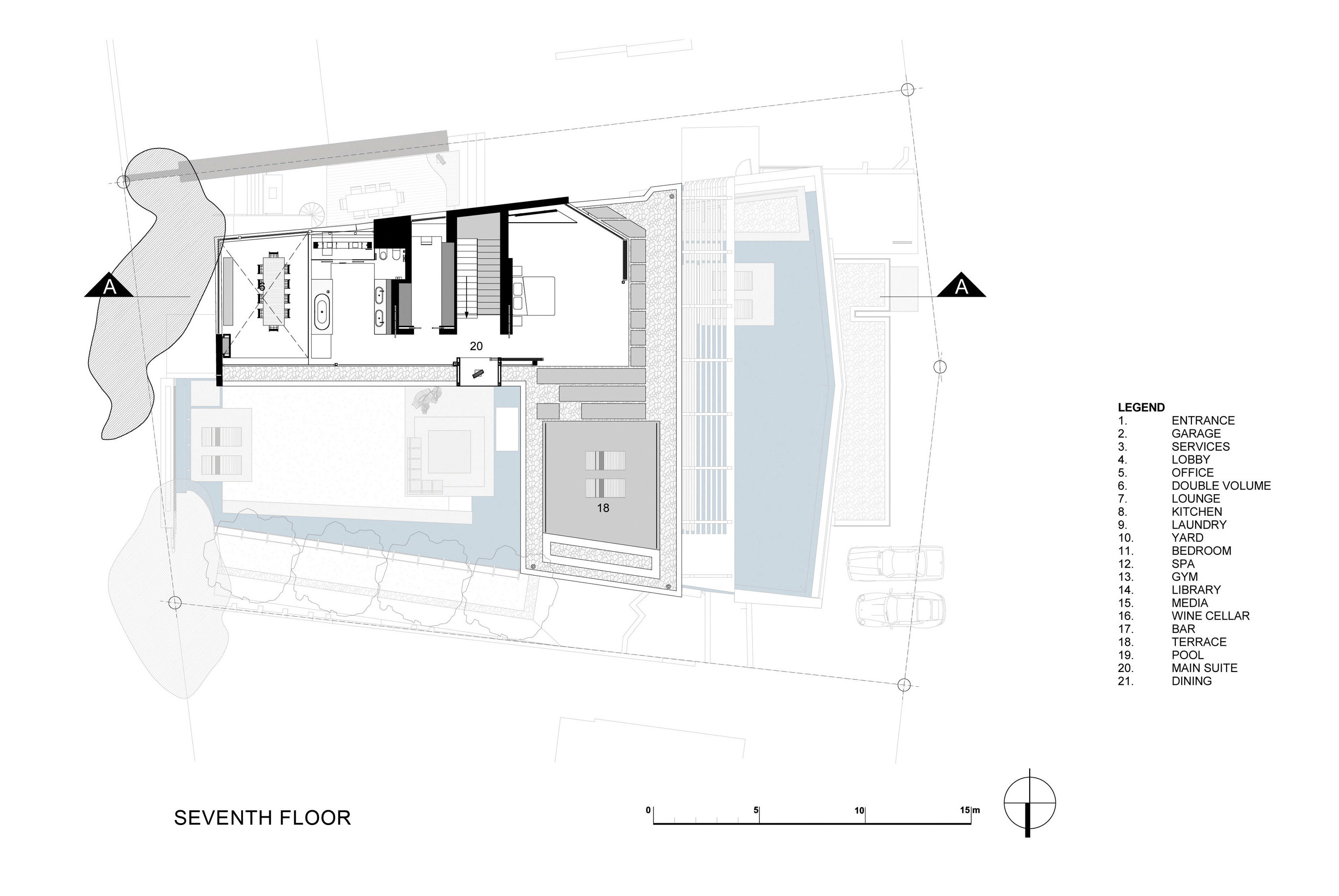 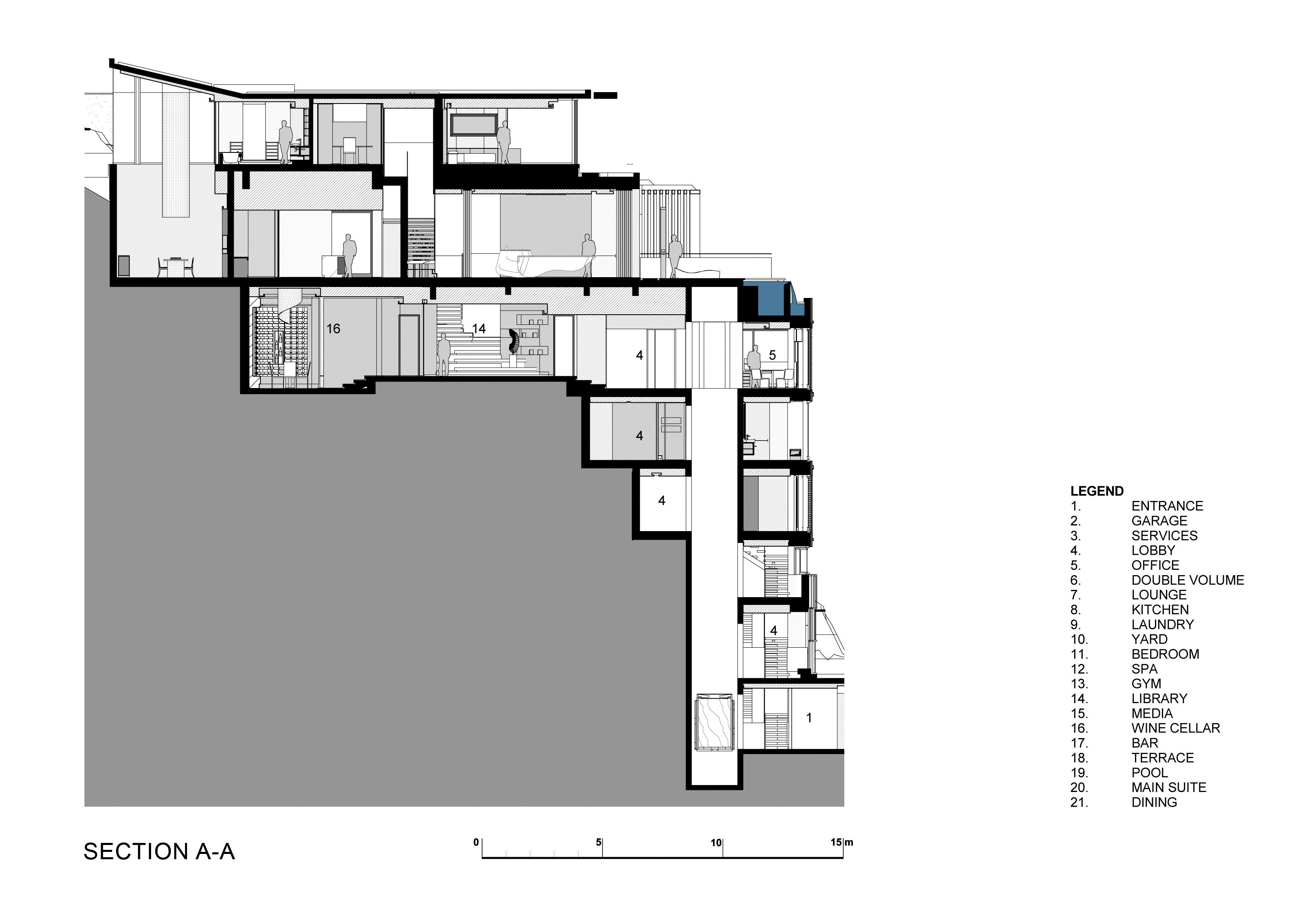 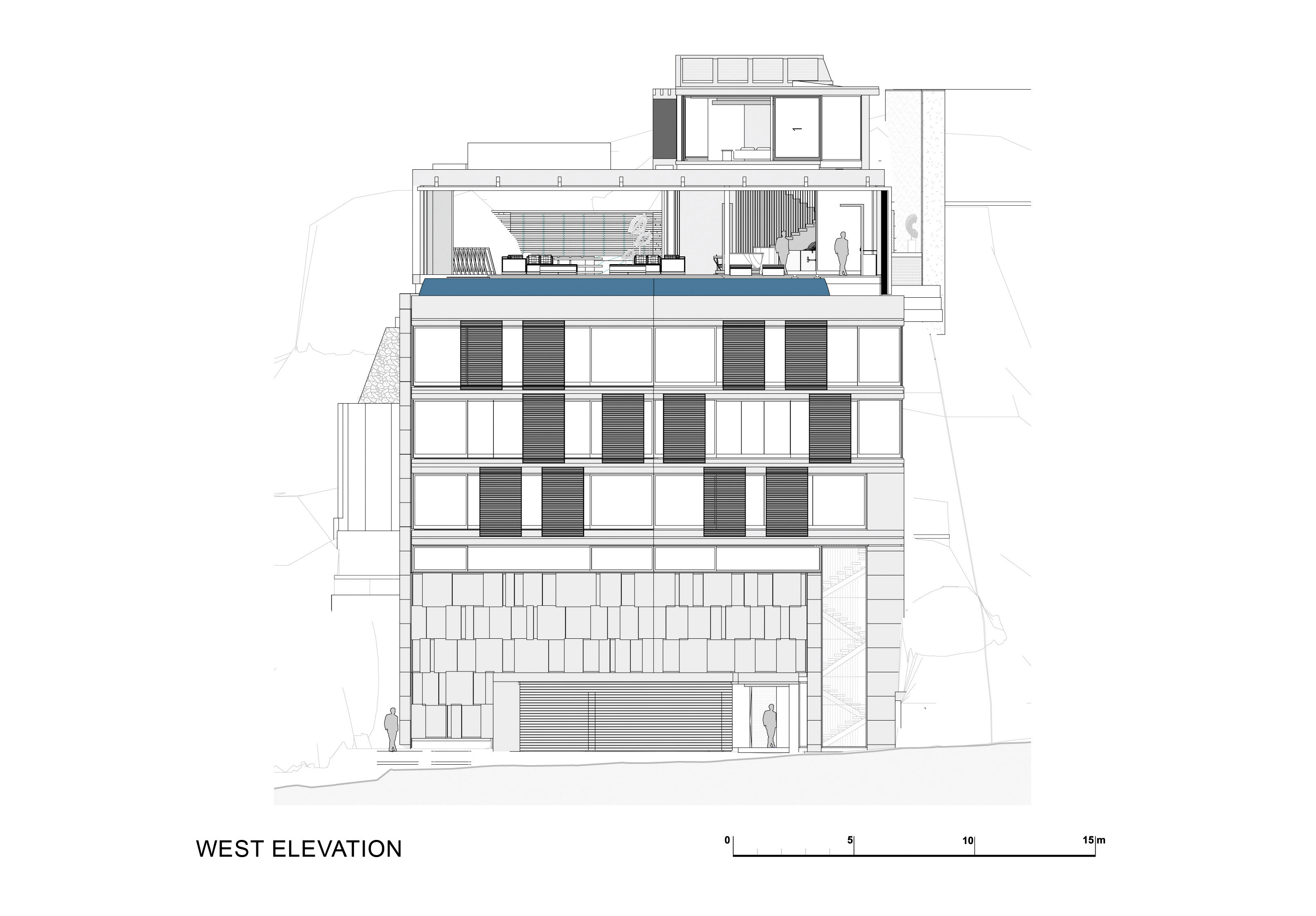 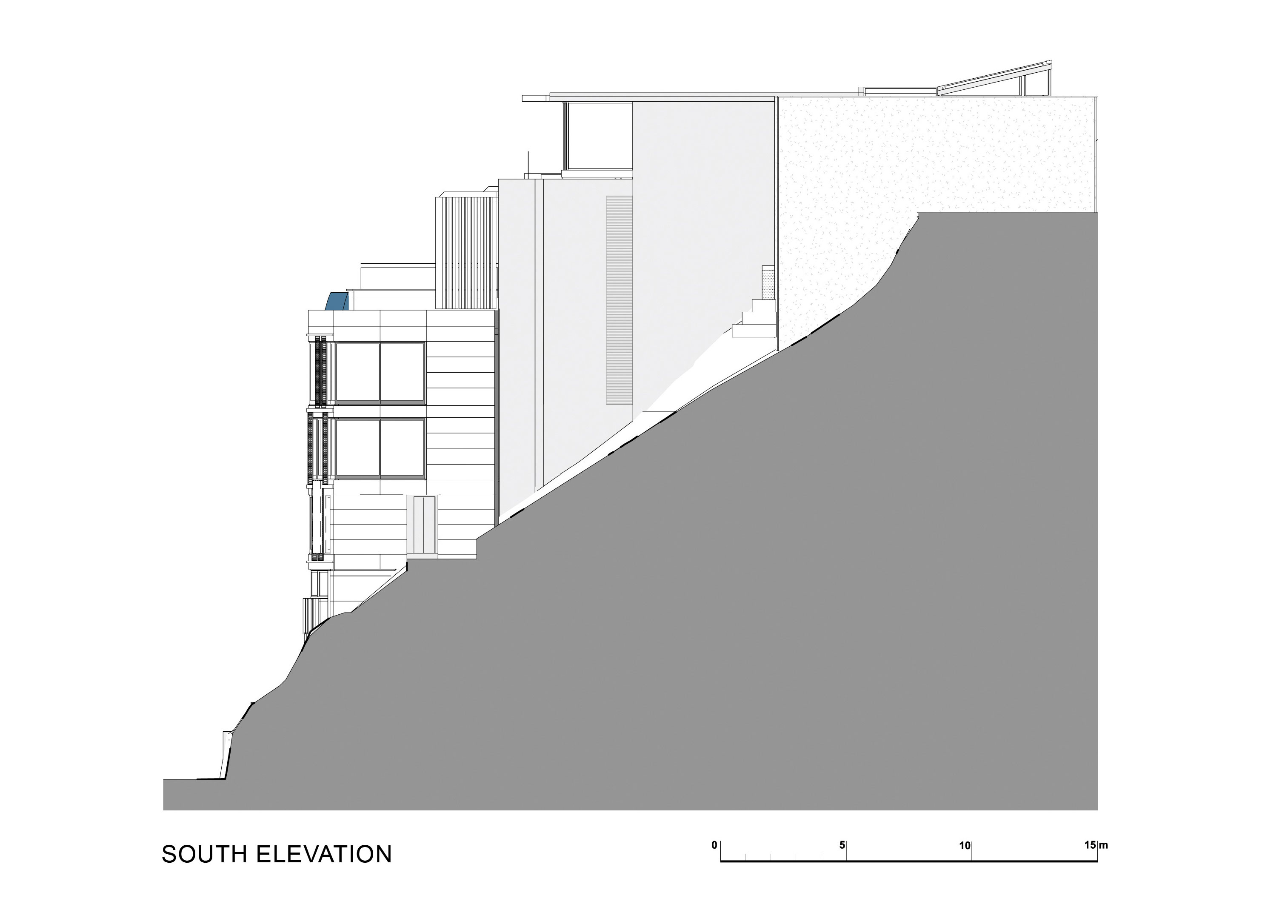 “The clients, a British couple living in Cape Town, requested a six-bedroom, seven-level home that makes the most of the site, the views and the mountain. The lower levels of the existing structure were totally remodelled while the upper level was demolished to allow for two new levels.

“Inspiration was drawn from the mountain and dark colours were used on the facade, allowing the building to visually recede into the mountain instead of being an obtrusive construction,” says Greg Truen, Project Partner. The site enjoys spectacular views, both of the sea and Lions Head and these views and the impact of the sun were key informants contributing to the overall design.

The sun being both a defining and also harsh influence on the property inspired the choice of screens, shutters and louvres that give the lower levels its distinctive gravitas. The living room can open up onto the west and the east completely, giving it the feeling of an open pavilion.

The finishes and detailing have been very carefully considered to achieve an integrated and visually effortless whole. The exterior of the building is clad in powder-coated aluminium which resulted in a very robust and precise surface finish. Internally, a much warmer look was achieved by using walnut timber. Black marble & glass were integrated into the design as accents.

The home is peppered with unusual design ‘delights’. The circular entrance area, clad in walnut timber, is one of the main features of the house. The space is amplified by a fascinating lighting installation of backlit slumped glass, that renders an “other-worldly” effect. An elegant floating timber staircase employs hanging stainless steel rods for a refreshing take on a balustrade. Others include the walnut-clad kitchen box, the granite-clad rim-flow pool and the sculptural cantilevered carbon fibre bar.

The clients wished to keep the interior as lean and focused as possible and the selection of furniture and lighting is both graphic and strong.”