by Architect K.A.
Reading Time: 6 mins read
0 0
A A
56
SHARES
686
VIEWS
Share on FacebookShare on TwitterPin to Pinterest

These celebrity mansions will overwhelm you. They’re 10 times the size of a normal home and are absolutely stunning. We wouldn’t expect celebrities to live in huts, but whoa. In most cases, “mansion” doesn’t even do it justice. 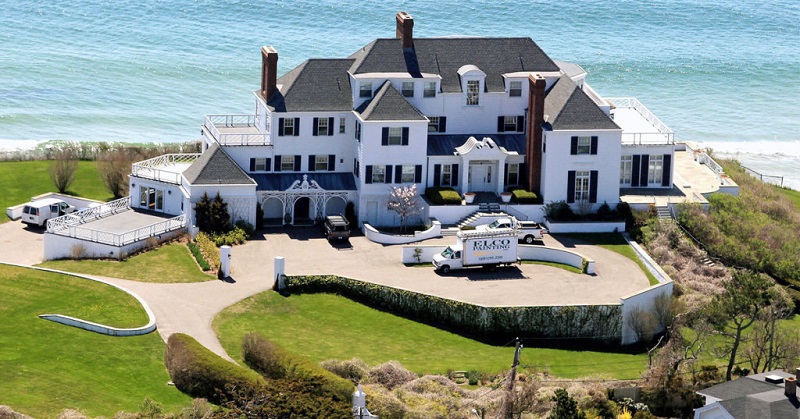 According to US Magazine, Swift paid $17 million in cash for this gorgeous 11,000-square-ft. Rhode Island mansion. 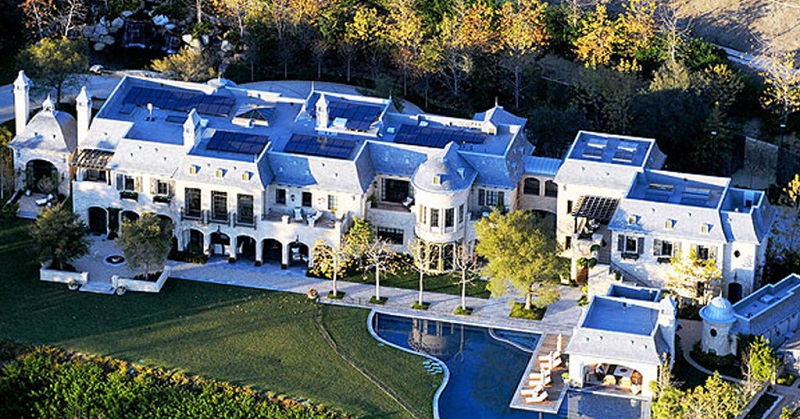 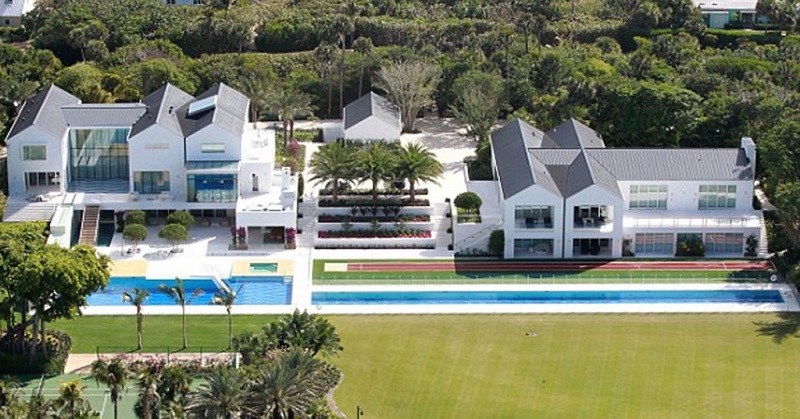 Tiger’s $60 million Florida home has a running track and 4-hole golf course in his back yard. 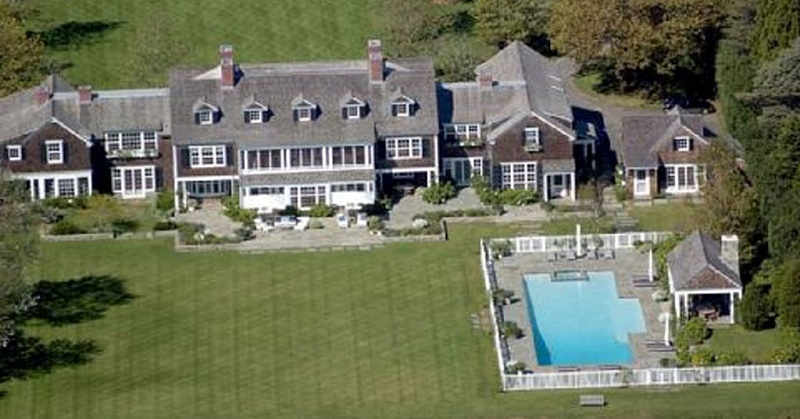 Located in East Hampton, Seinfeld paid $32 million for this home! It has its own bowling lane, 24 rooms, 14 fireplaces, tennis court, smoking room and music room. 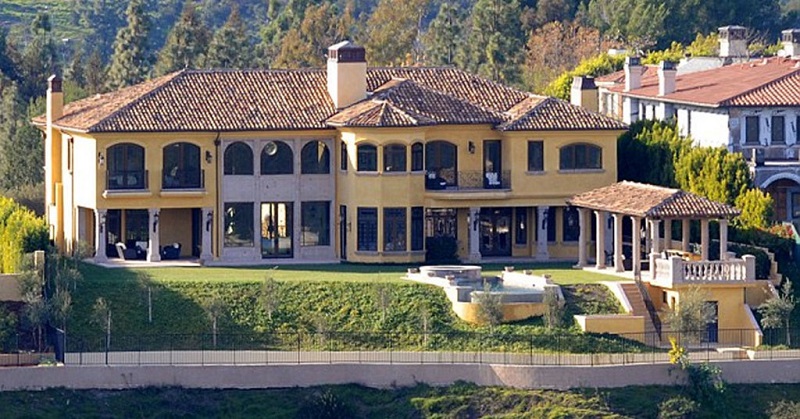 For a whomping $21.5 million, the couple fixed up and purchased this French Country-Style mansion in Bel Air. It’s 9,000 square feet, 5 bedrooms, 7 bathrooms, and again, an elevator! 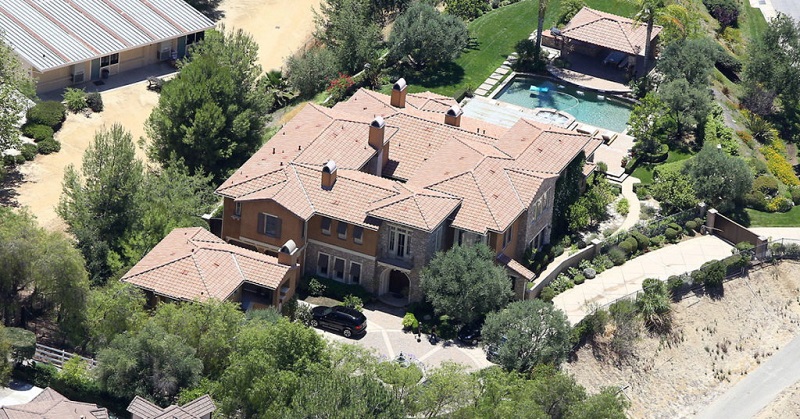 This is Selena’s newest home in the Hollywood Hills. It costs $3 million, has 5 bedrooms and she claims she specifically wanted it far away from ex, Justin Bieber.

Their new home cost them $26.5 million and has 2.3 acres of lawn. There is an olympic-size pool, open-air courtyard and indoor gym.

This is the Smith’s 25,000-square-foot adobe-style home in Malibu. They had it built with attention to almost every detail. 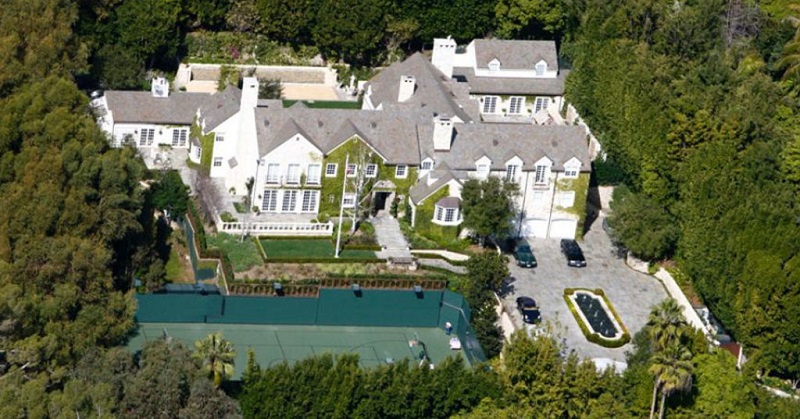 Seacrest bought this mansion from Ellen DeGeneres and Portia de Rossi for $49 million in Beverly Hills. The grounds have a separate three-bedroom house and another two guest houses. DeGenerous and Rossi originally paid $29 million for it, but expanded it 9,500 square feet. 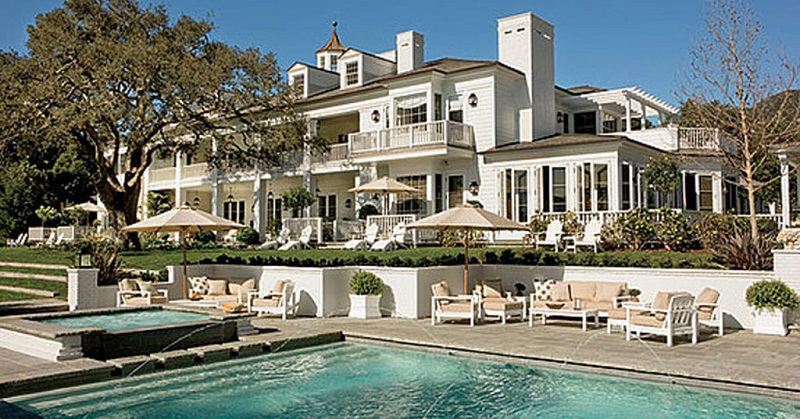 This Georgian-style mansion has 20 rooms and is located in Santa Barbara. 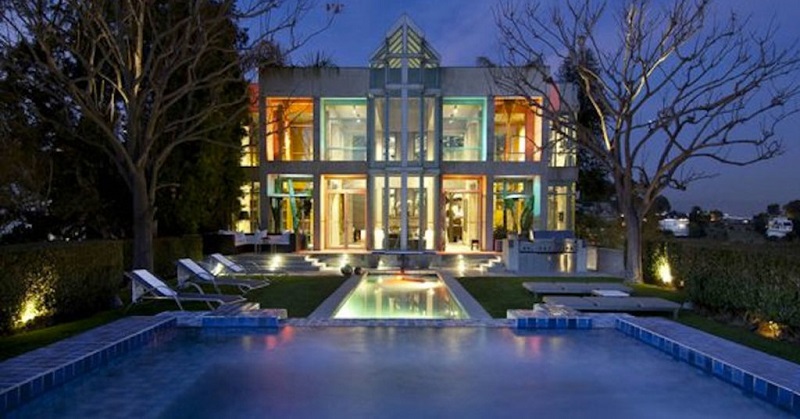 This $7 million mansion is in the Hollywood Hills. According to Jezebel, it’s nicknamed “The Fortress.” 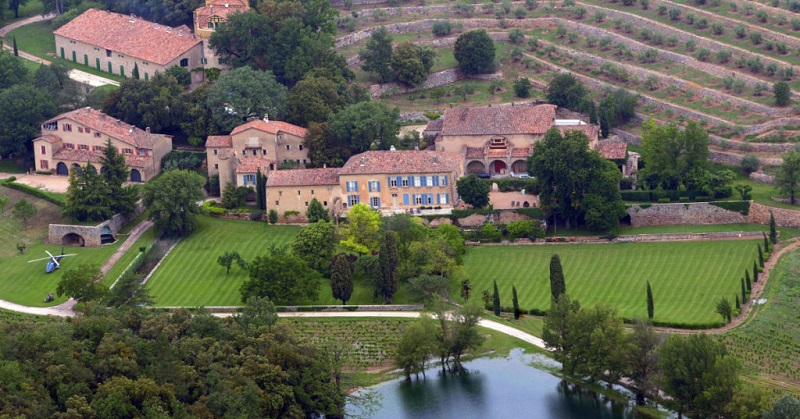 Pitt and Jolie cuddle up with their 6 kids in the Château Miraval in the South of France. The mansion costs $60 million with 35 rooms and a moat. 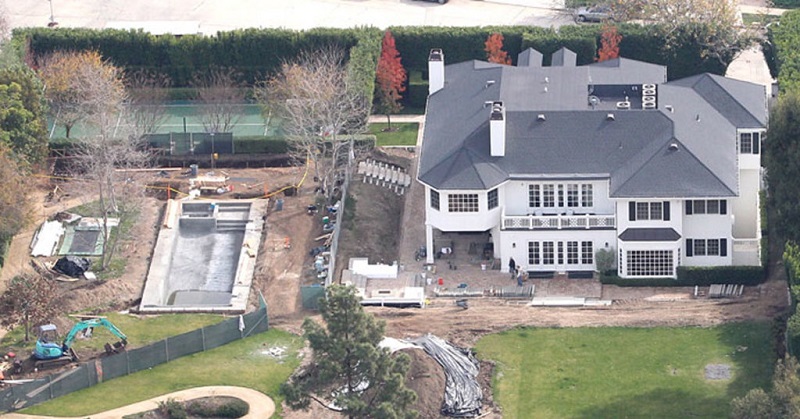 Located in the Pacific Palisades, his estate is worth more than $20 million. According to Celeb Digs, he also bought the neighboring property to extend his yard. 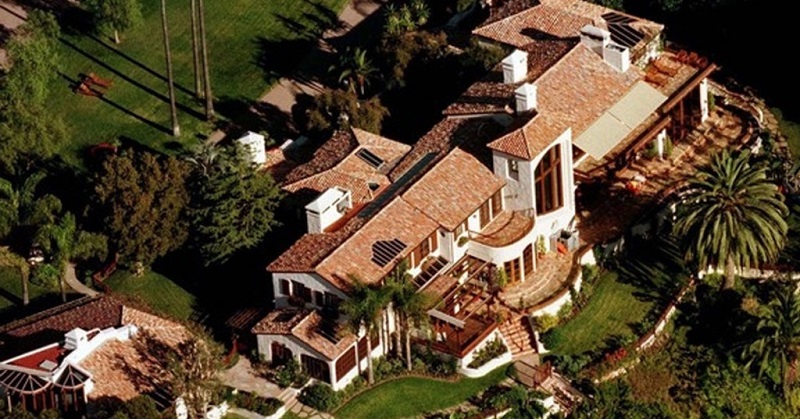 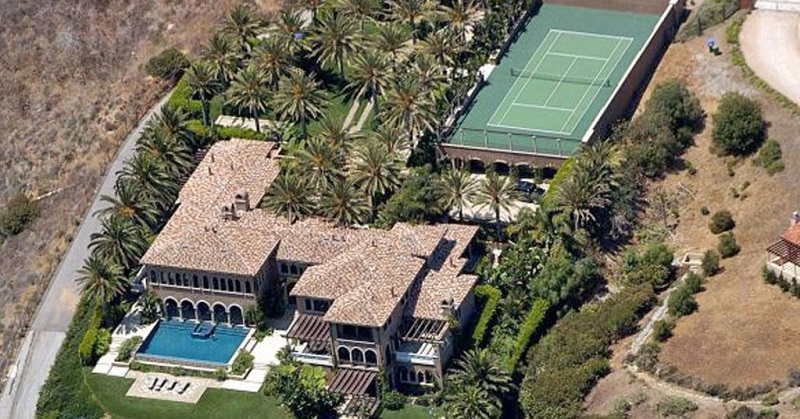 Her Italian Renaissance-Style Malibu home overlooks the Pacific ocean. At 14,000 square feet, it also includes an infinity-edge pool and is worth about $45 million. 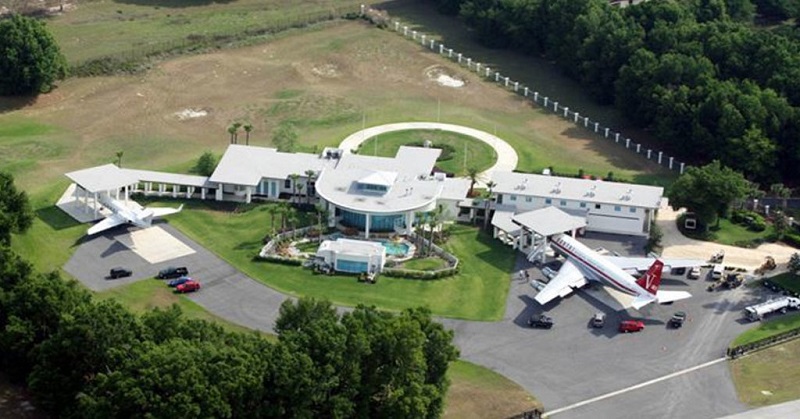 With parking spaces for both his airplane and private jet, Travolta has one of the coolest celebrity homes. It’s in Ocala, Florida and worth $2.7 million. He has his own private runway for his Boeing 707. 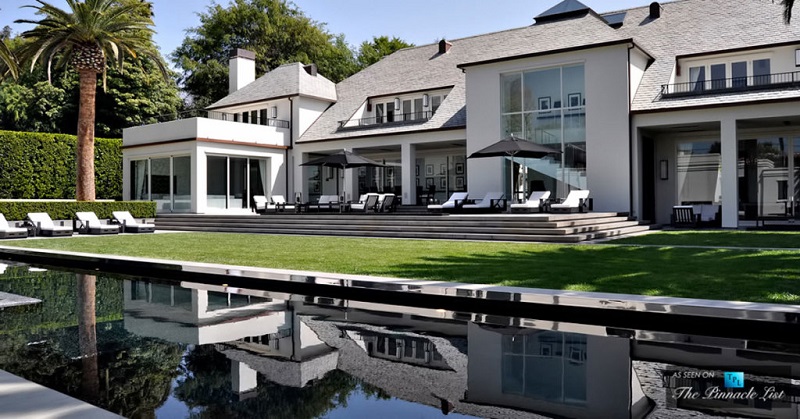 According to The Pinnacle List, Cowell considers this his dream home. Located in Beverly Hills, the home is 9, 335 square feet and  took five years to build. It has a high-tech media theater, 6 bedrooms, 6 bathrooms, luxury spa, steam room, solarium, lap pool and more. 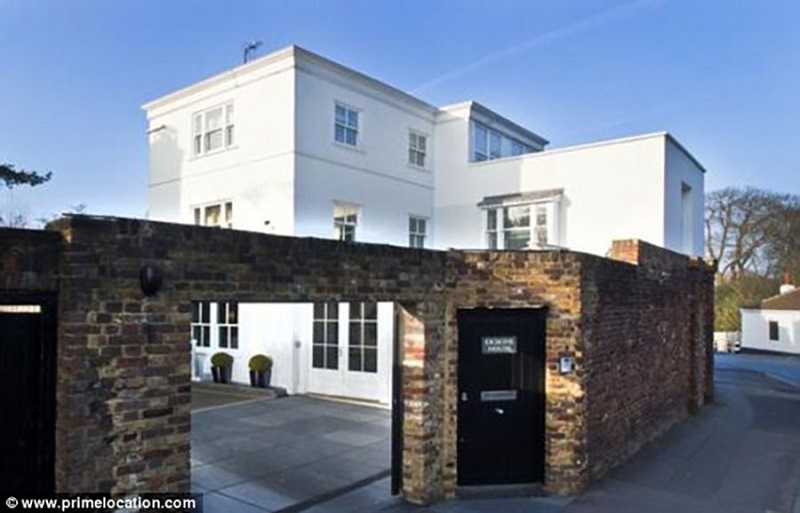 According to Variety, Harry Styles treated himself to his very own bachelor pad. Located in the heart of Beverly Hills, Styles paid $4 million for this home away from home. You’re not in London anymore! 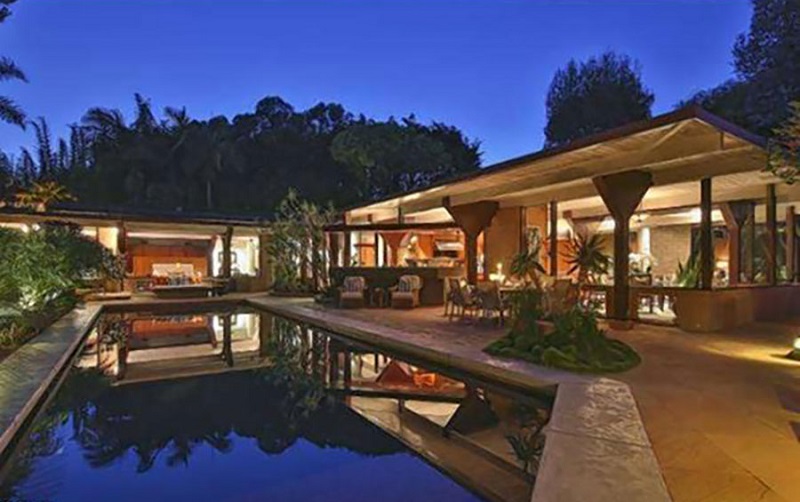 According to HuffPost, Paltrow and Martin bought this home together for $14 million. This Malibu Beach house has been Chris Martin’s pad since the two decided to separate. 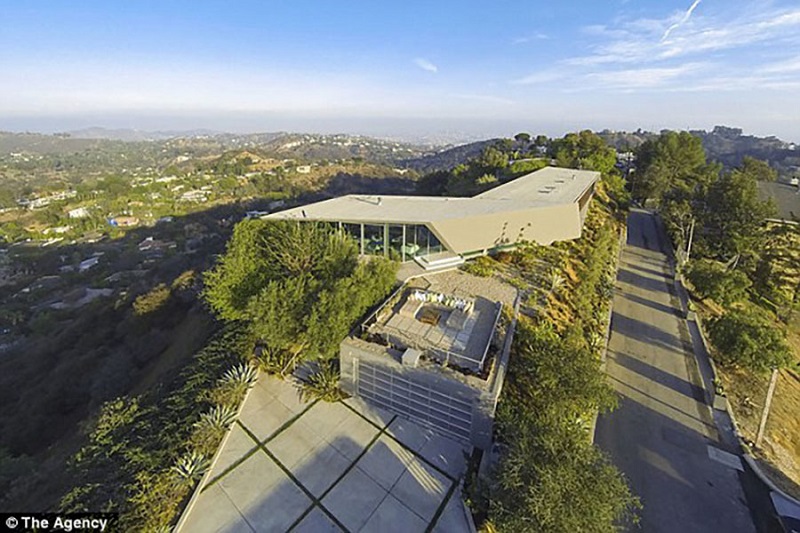 Pharrell’s gorgeous Hollywood home is located in a trendy compound right above the Sunset Strip, which is considered famous for being a musical district (DailyMail). He bought this little love nest for $7 million, lowering the price from the original $9 million. 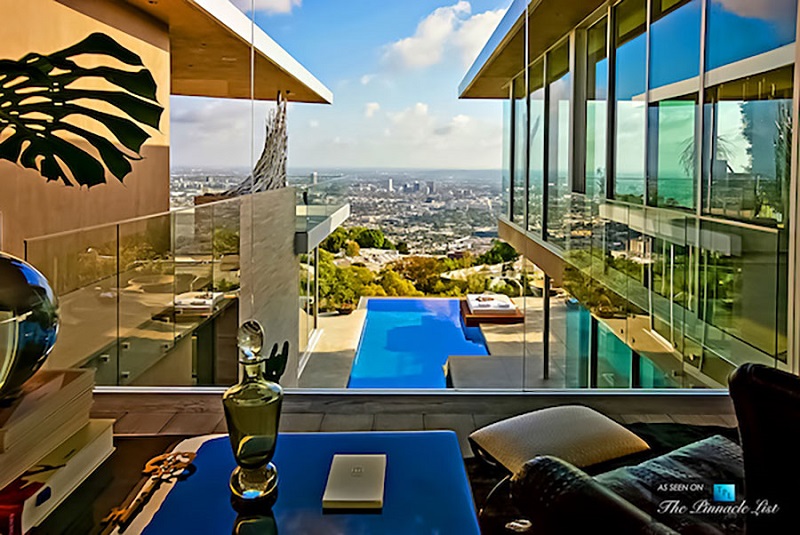 Arguably the most famous DJ in the world has definitely earned his $15 million mansion on Los Angeles’ Sunset Strip. Hey, looks like Pharrell and Avicii are neighbors. The 7,007-square-ft property has 6 bedrooms, 7 bathroom and an incredible panoramic view (EliteDaily). 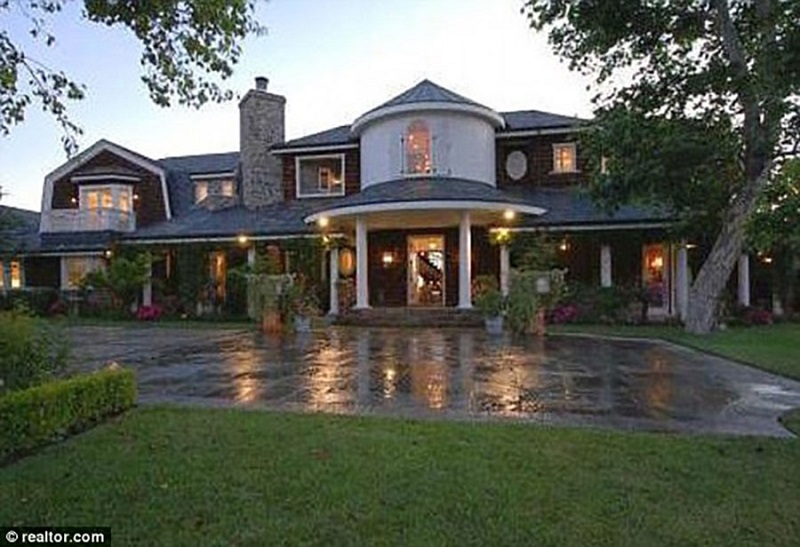 What else would you expect the man who bit a bat’s head off to retire in? Ozzy Osbourne lives in a gorgeous 10,953-square-foot house with 6 bedrooms and 10 bathrooms. (The Richest)

Obama, Merkel, And Putin As Leading Actors In Famous Movies

Obama, Merkel, And Putin As Leading Actors In Famous Movies