Home » Funny » This Guy Received A Message Saying He’d Won $1.2M But Needs To Pay A Delivery Fee, So He Trolled The Scammer

This Guy Received A Message Saying He’d Won $1.2M But Needs To Pay A Delivery Fee, So He Trolled The Scammer

Never mess with a scouser. When NHS nursing assistant Tom Sheerin from Liverpool, England, received an unsolicited message online from someone claiming to represent the ‘CEO Of Facebook’ and promising him a hefty cash prize and a Jeep, he decided to turn the tables and scam the scammer.

“Decided to have a little fun with someone trying to scam me on Facebook, kept him busy for about 2 hours,” Tom wrote, sharing screenshots of the hilarious exchange as he strung the scammer along with increasingly ridiculous questions and scenarios, delivering the coup de grace with a random picture of a horse that his son drew.

It’s not the first time Tom has been approached by scammers, like most of us he has received his fair share of dodgy emails. “I’ve had a few emails so I’m still waiting for my share of an inheritance of about 5 Nigerian princes,” he told A&D. “I’ve answered a few in the past who realised quite quickly that I’m taking the piss. But this one was determined so I thought If I keep him on the hook, then that’s less time for him to scam other people.”

To be fair, the gormless approach and execution of the scam left Tom with an open goal, it really makes you wonder why these guys bother. The thread makes for hugely entertaining reading however, as Tom takes his chance with glee and makes a complete fool of his ‘hunter’ and shows why Liverpudlian humor is up there with the very best.

Scroll down to see how it all unfolded for yourself, and let us know what you think in the comments! (H/T: BP) 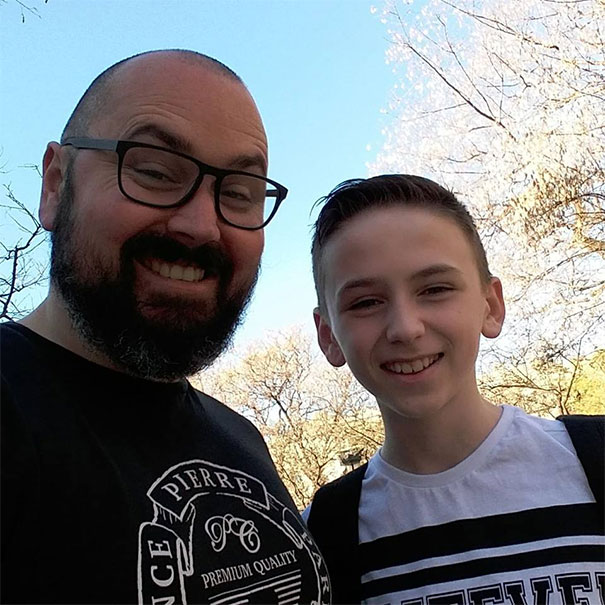 He was apparently the lucky winner of $1.2 million and a Jeep, courtesy of none other than Zuckerberg himself 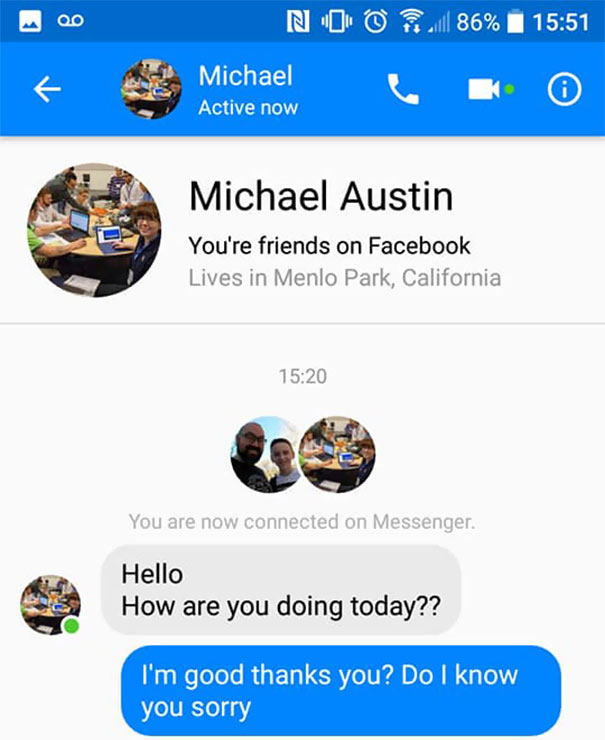 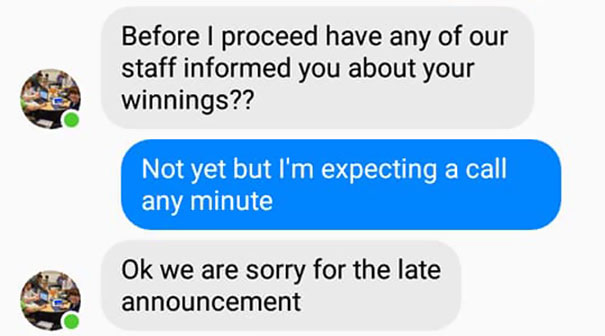 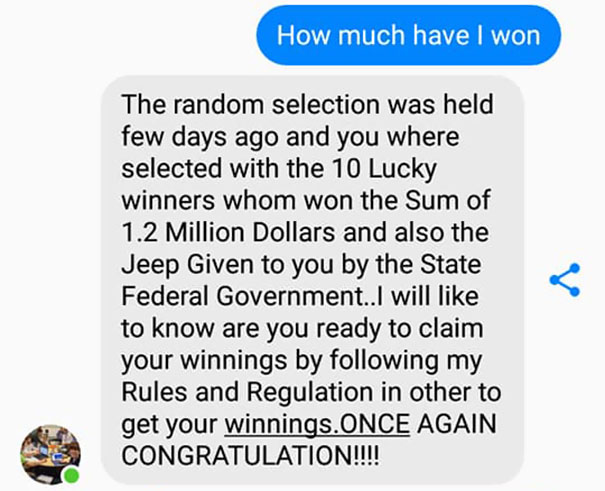 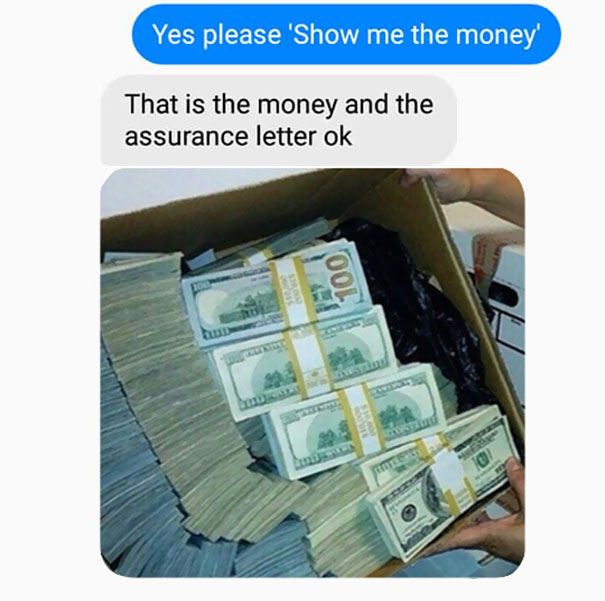 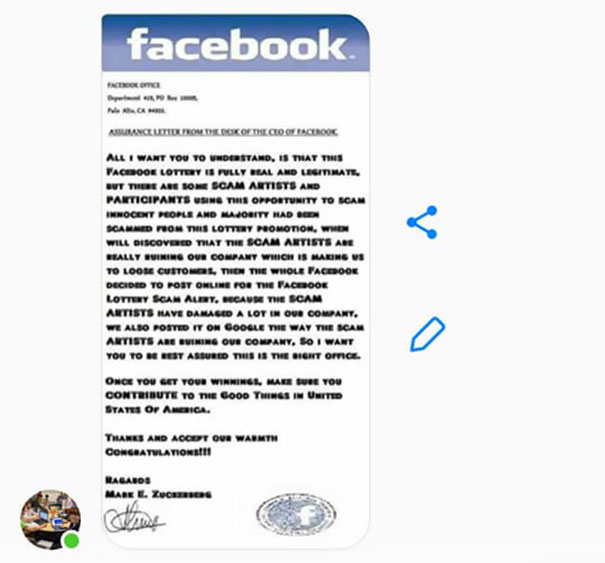 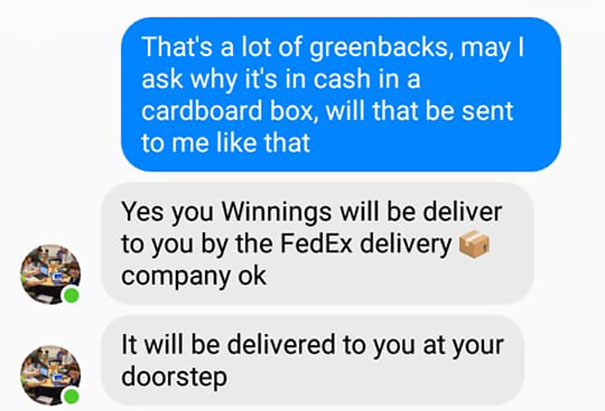 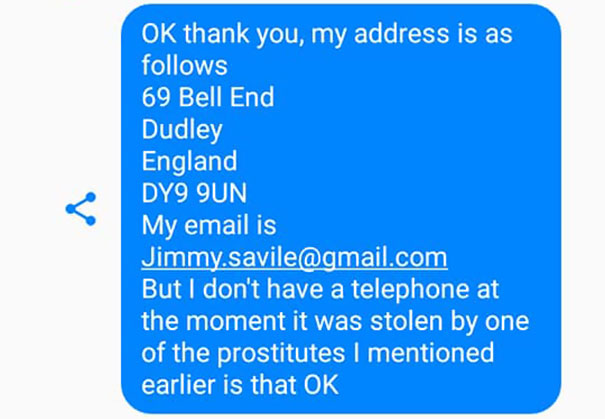 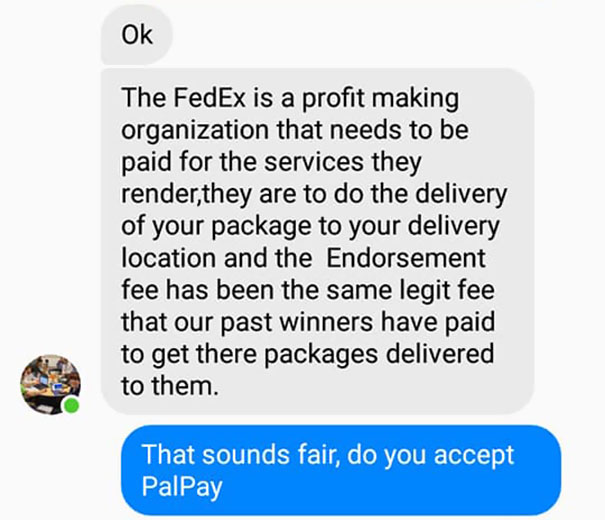 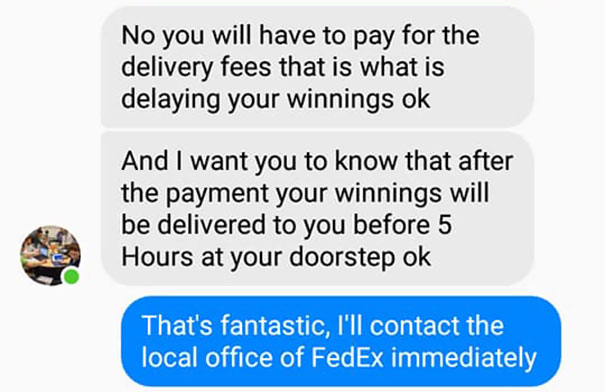 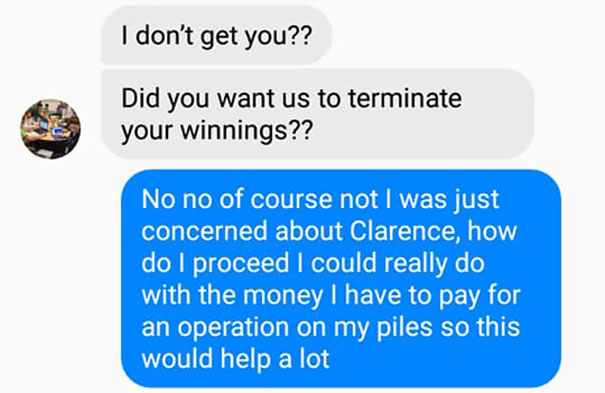 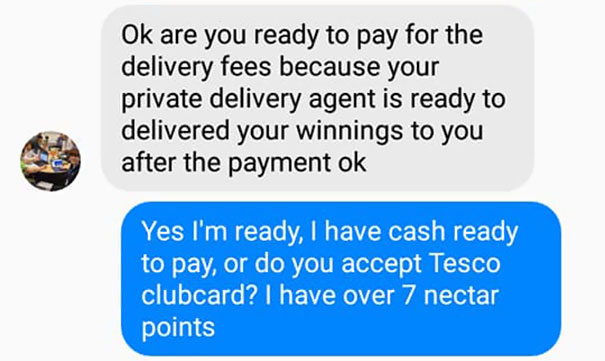 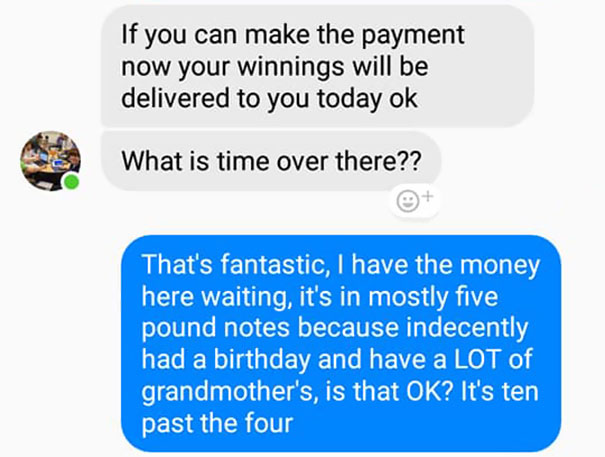 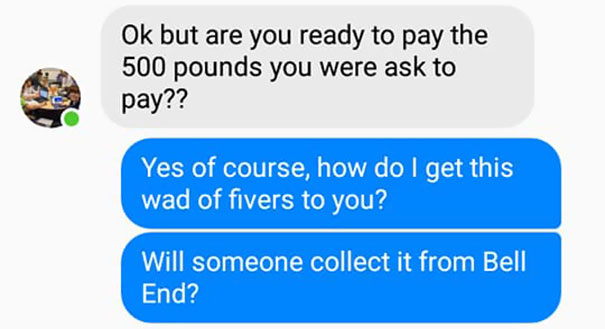 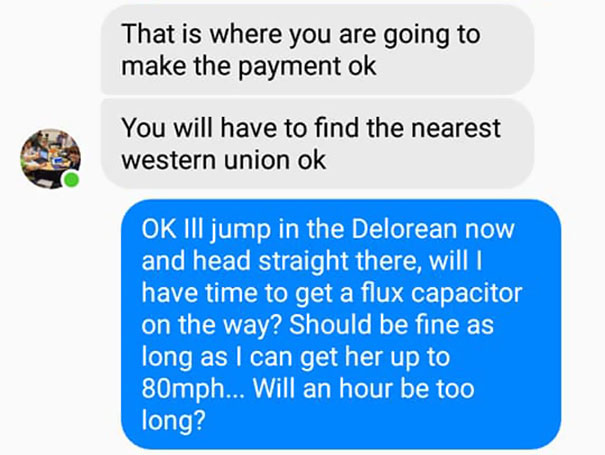 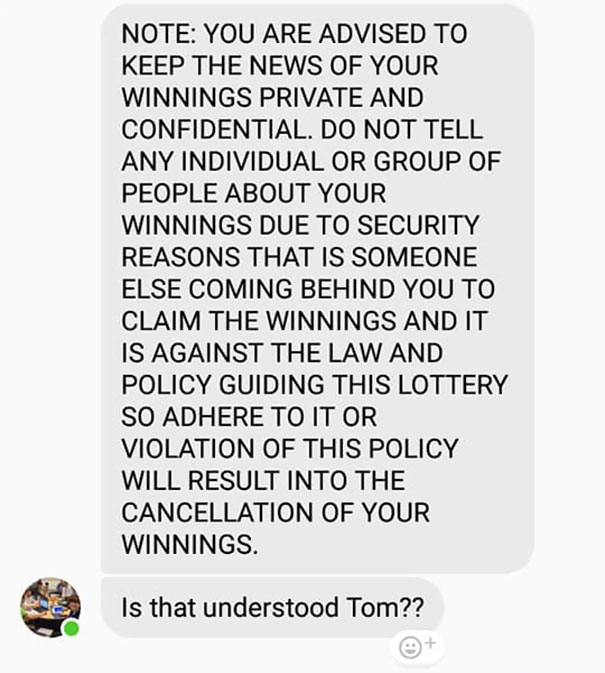 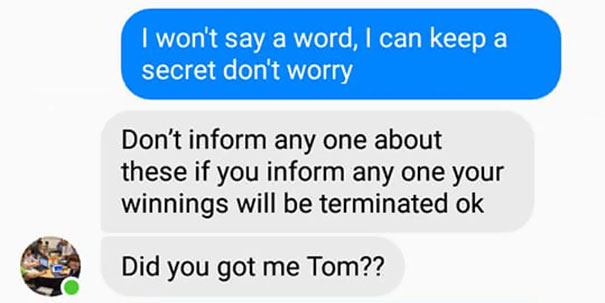 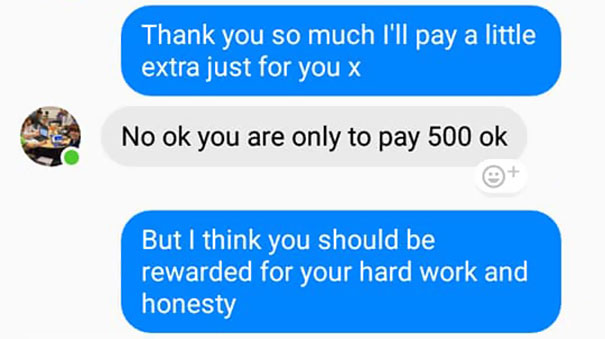 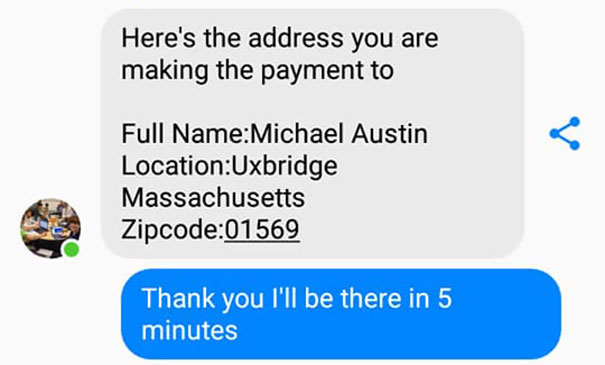 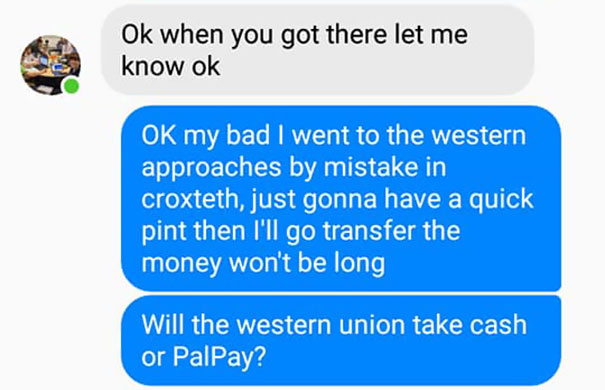 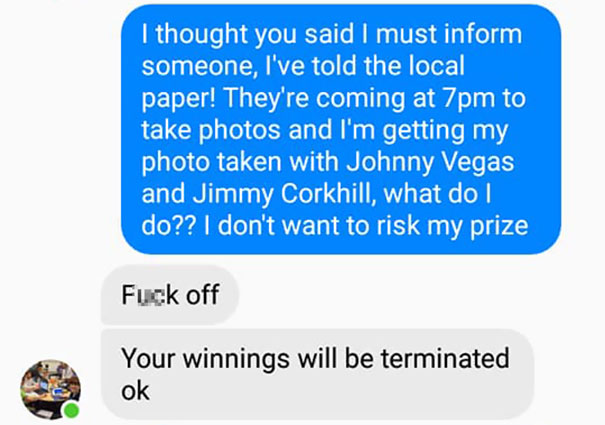 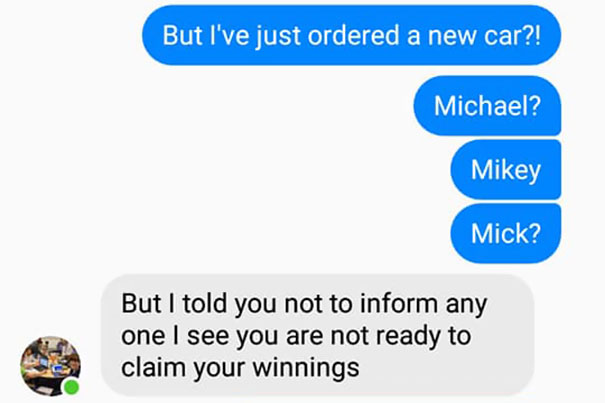 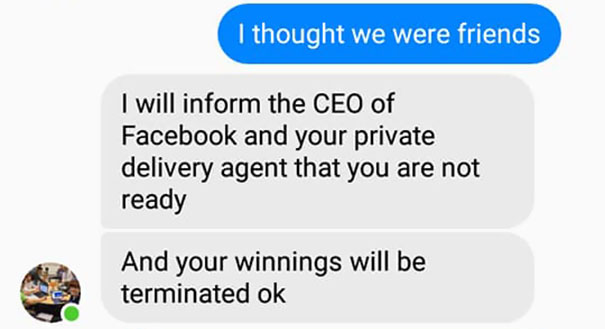 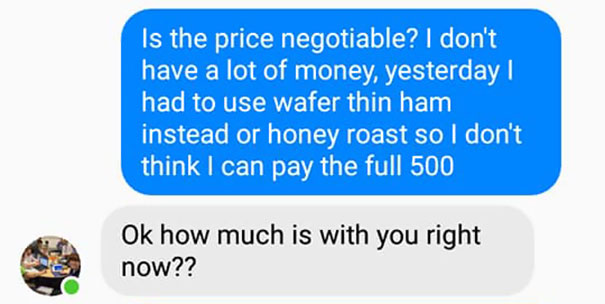 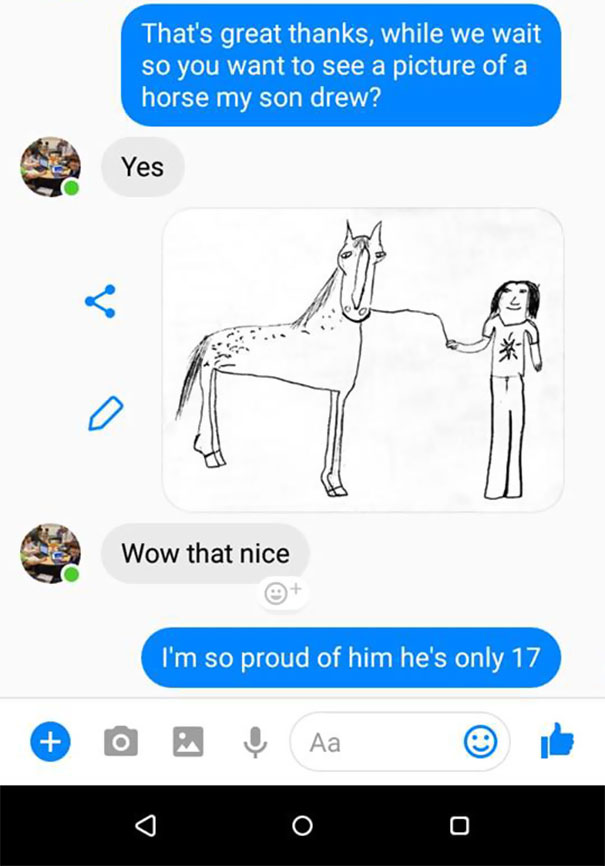