Home » Blog » IKEA Trolls Kanye West, And Now Everyone Is Trolling Him With Fake Product Designs

As the Kanye West and Taylor Swift feud is still at high speed with various celebrities taking sides, the ‘Famous’ rapper now has one more thing to worry about… IKEA trolled him and the internet is going crazy!

Remember when Kanye tweeted that he’d love to work with IKEA back in March? “Super inspired by my visit to IKEA today, really amazing company… my mind is racing with the possibilities…” IKEA didn’t really pay attention to that, so just recently Kanye once again threw a hint for IKEA in an interview with BBC Radio 1: “I have to work with IKEA — make furniture for interior design, for architecture.” Now, this time, IKEA responded, and it’s not pretty… Well not to Kanye, at least.

On Monday, IKEA Australia posted a photo to Facebook of a Yeezy bed design and it oddly looks familiar… Familiar to the controversial bed with naked celebrity wax figures in it from West’s latest music video! Now fans from all over are creating hilarious IKEA x Yeezy and IKEA x Kardashian designs, and it’s just amusing! Take a look below and feel free to add your own pics to the list.

Remember when Kanye tweeted that he’d love to work with IKEA back in March?

Then, a month later, he threw another hint on Twitter… 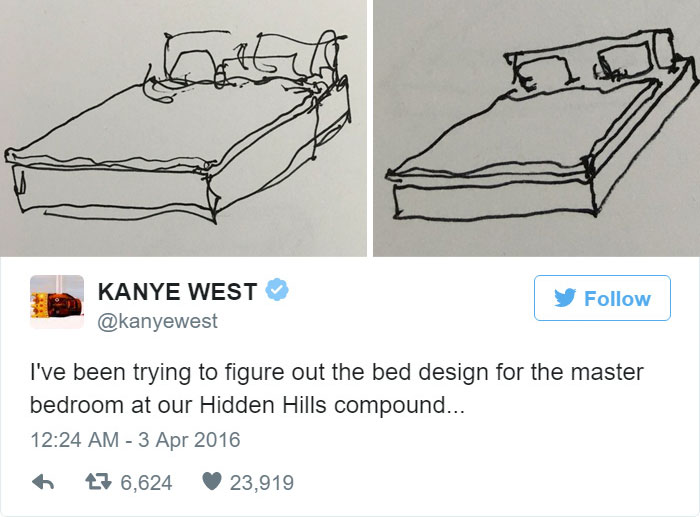 Well, just recently, IKEA responded to his collaboration request and the answer is epic 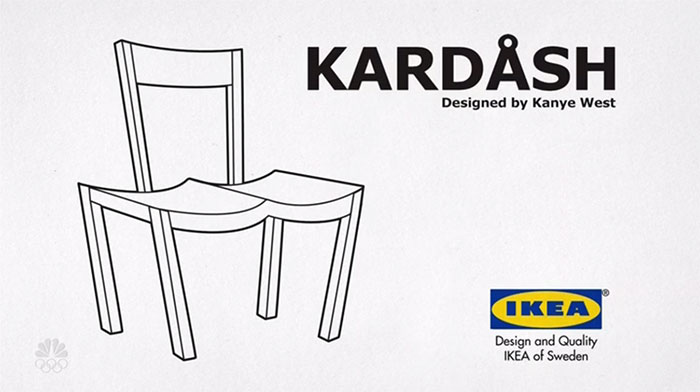 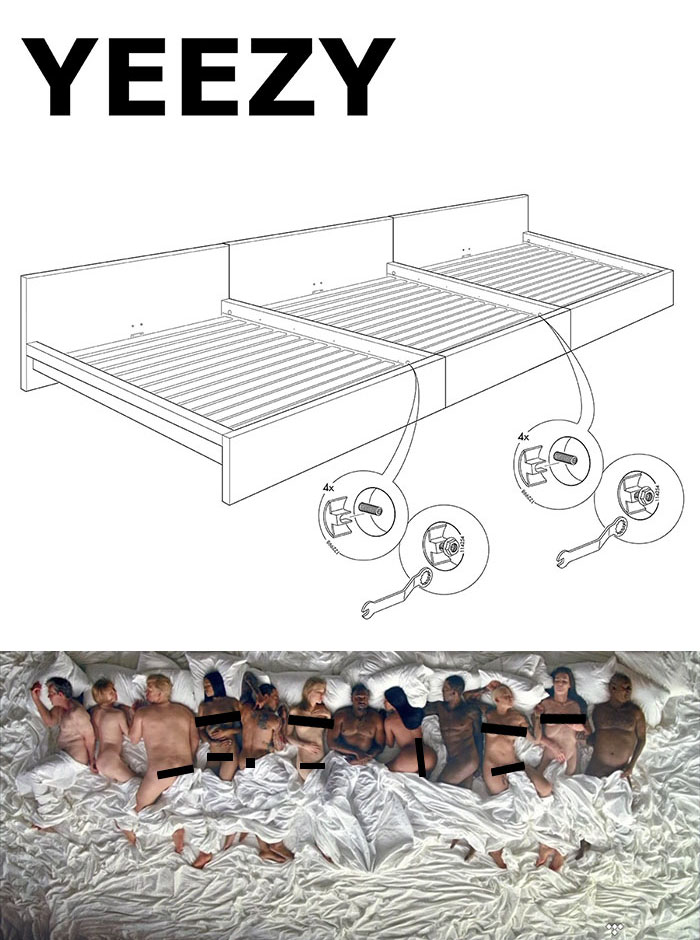 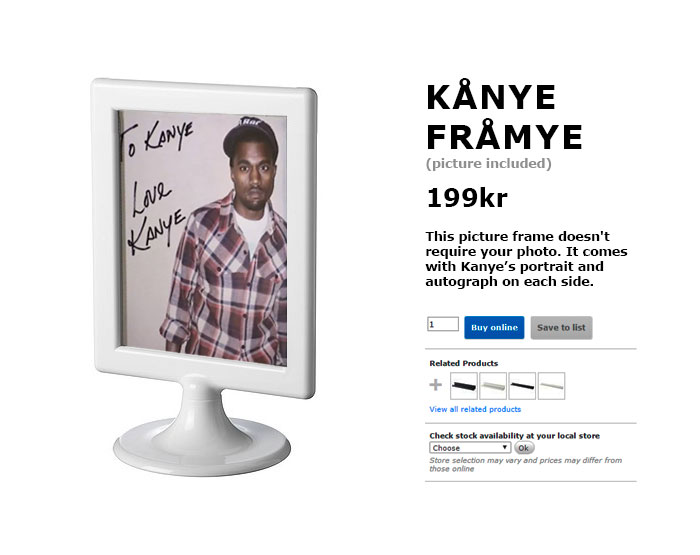 04. Mirror Mirror On The Wall, Who’s The Fairest Of Them All 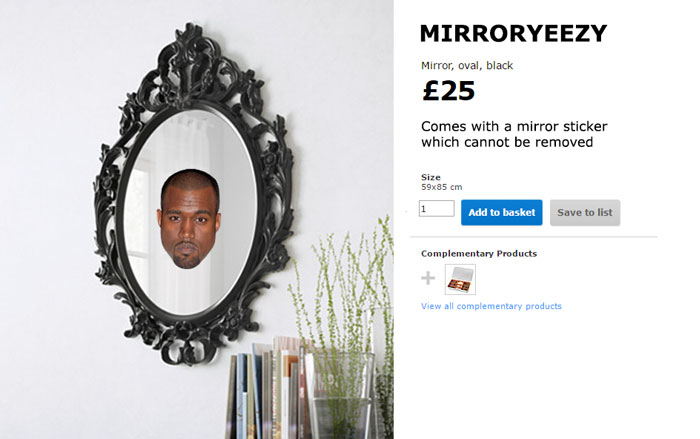 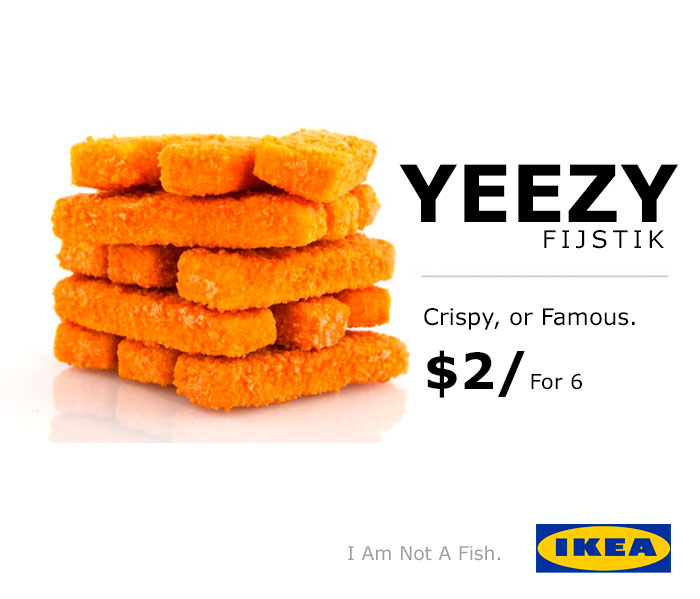 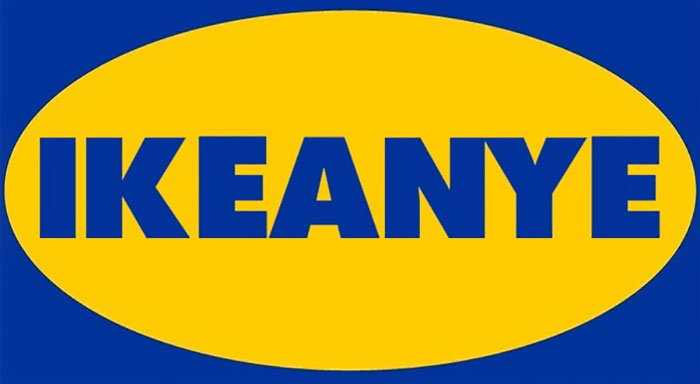 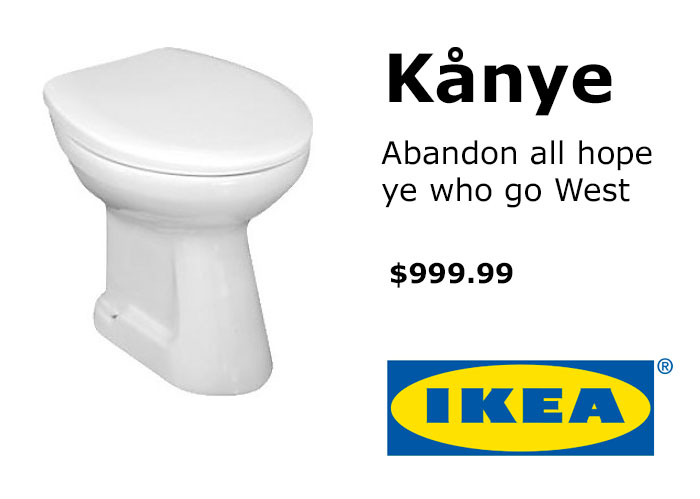 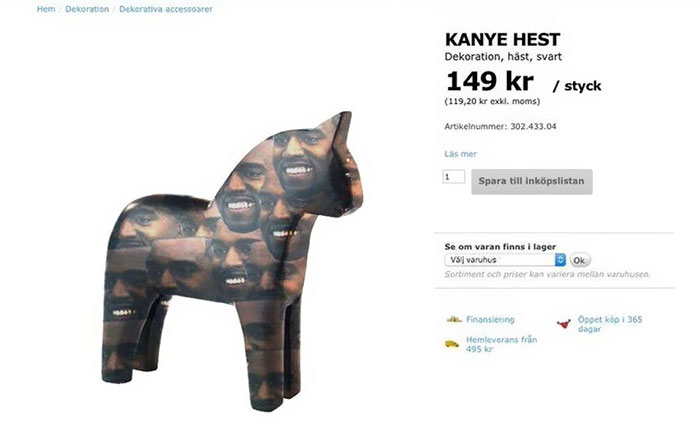 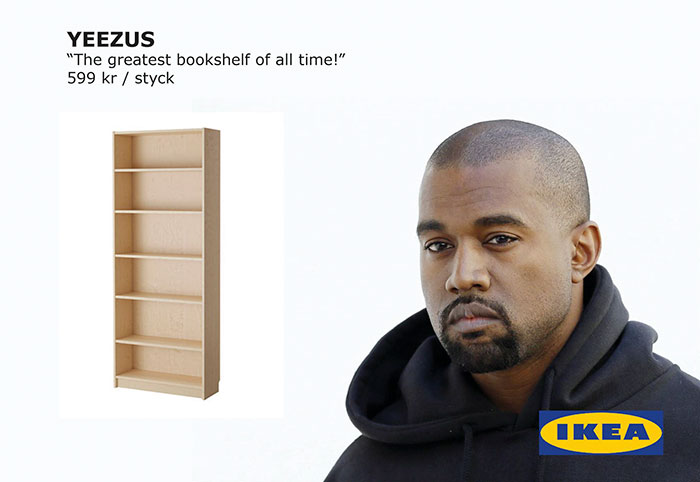 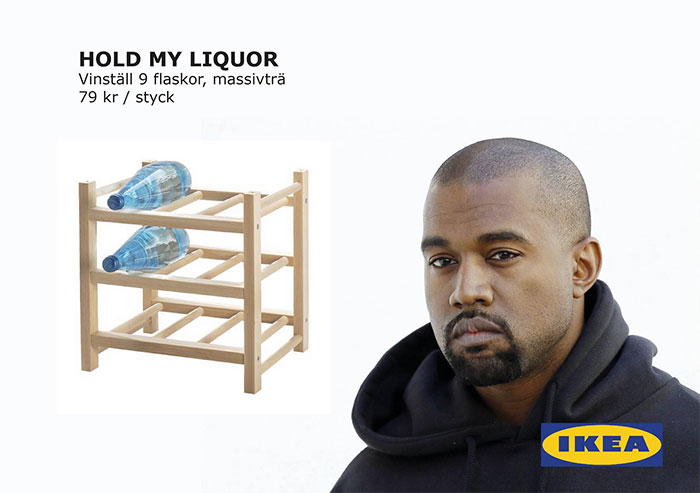 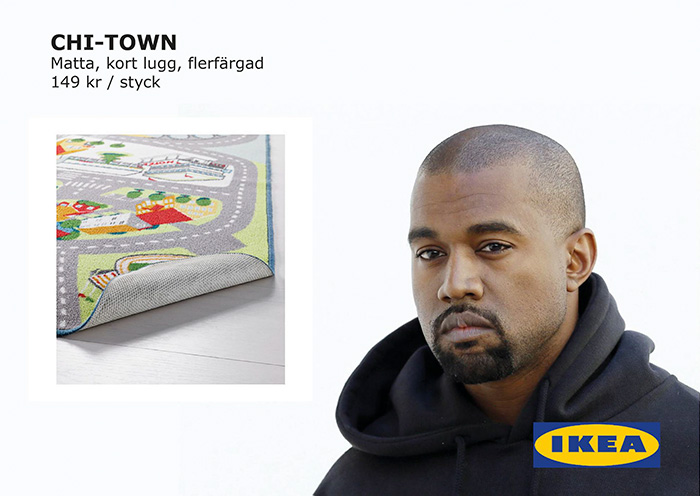 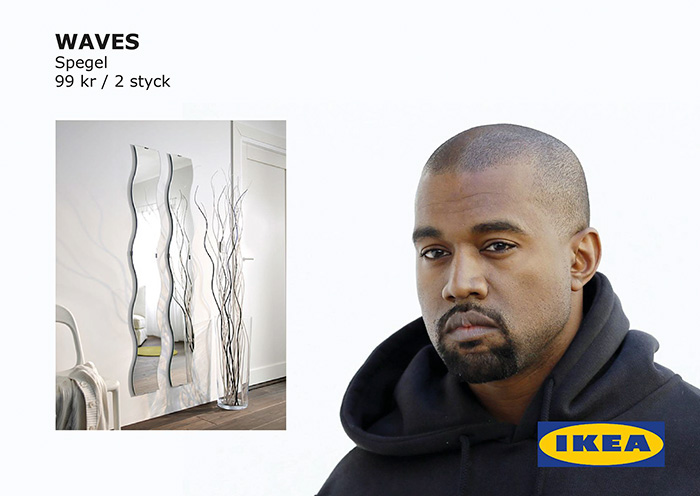 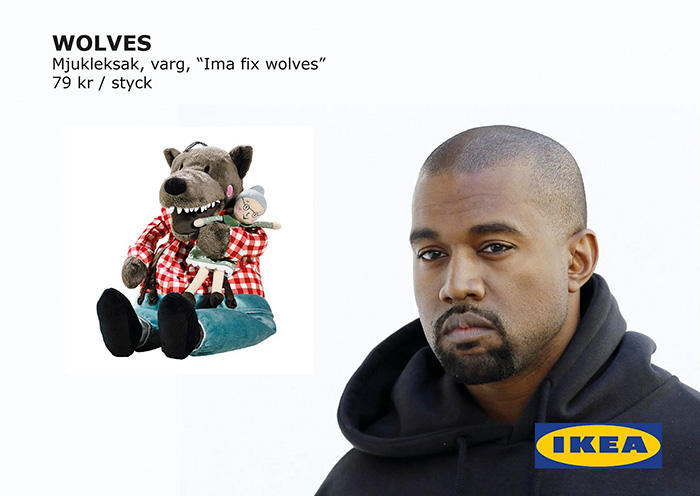