by Architect K.A.
Reading Time: 3 mins read
0 0
A A
1
SHARES
89
VIEWS
Share on FacebookShare on TwitterPin to Pinterest

I decided I would become a tourist in my own city- I wanted to see the London that I ignored, to explore the landmarks and the quirky history. I started researching for interesting facts and began thinking about how I could photograph the sites in an original way.

My first idea was using a cut-out to transform Big Ben into a wristwatch. Whilst I was there, a girl and her father took an interest in what I was doing and I showed them the photo on my camera screen. They were full of enthusiasm for the idea, and it spurred me on to do more. I then took photos of St Pauls, the London Eye and Trafalgar Square and whilst I was doing this, I would post them on my Instagram alongside a quirky fact I’d picked up about the landmark.

Then one day Lonely Planet contacted me on Instagram, they liked what I did and wondered if I wanted to create some photos for them. Of course I said yes, and it led me to Stockholm, Amsterdam, Copenhagen and Paris- I crammed in so much in the few days I was in each city, running around with a camera, handful of cut-outs and a head full of random facts to accompany each photo. 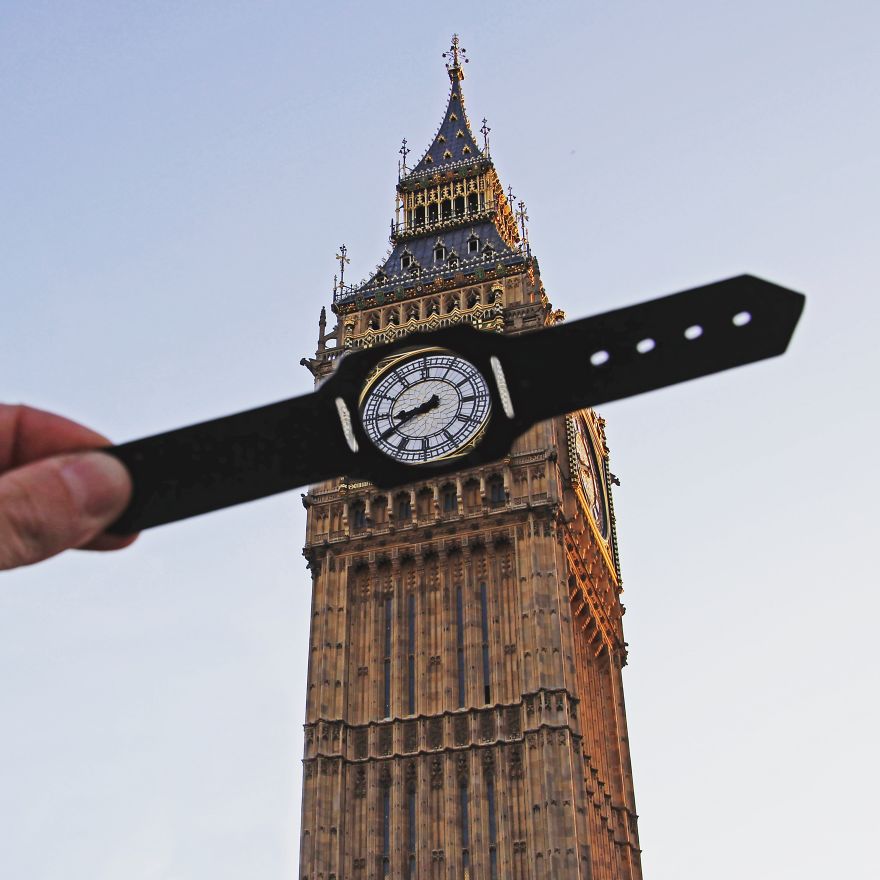 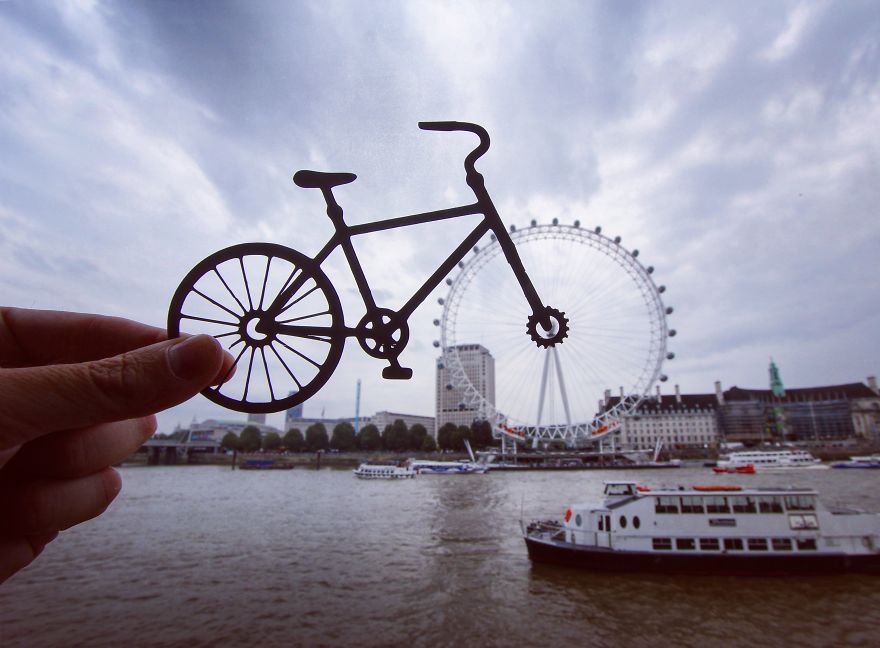 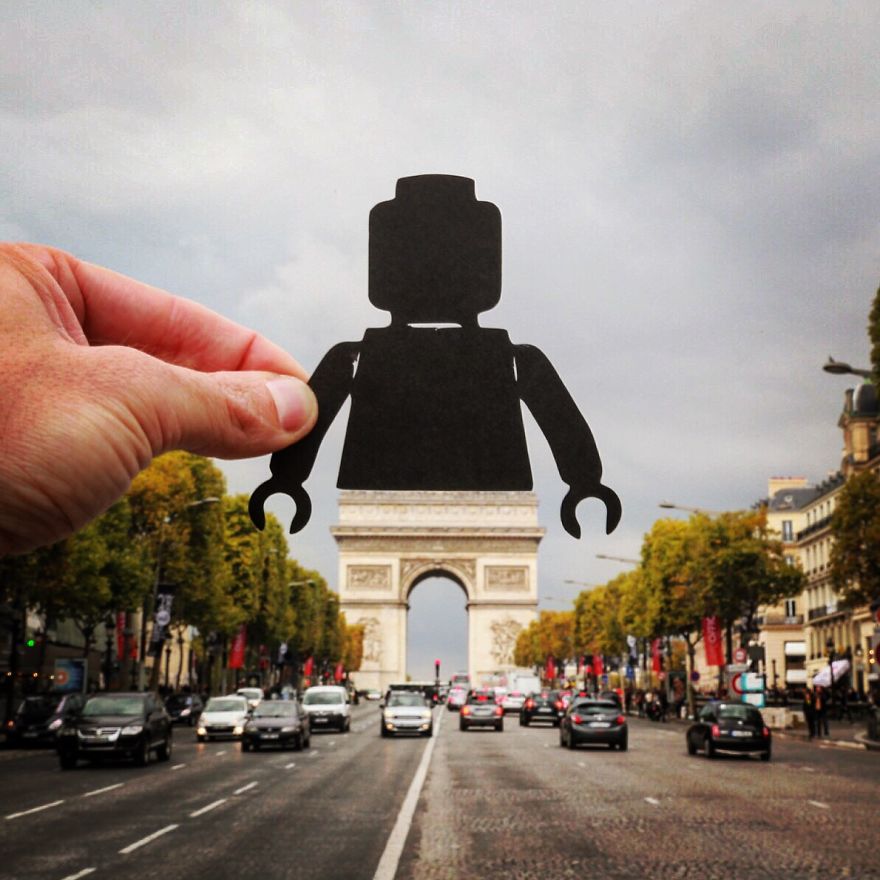 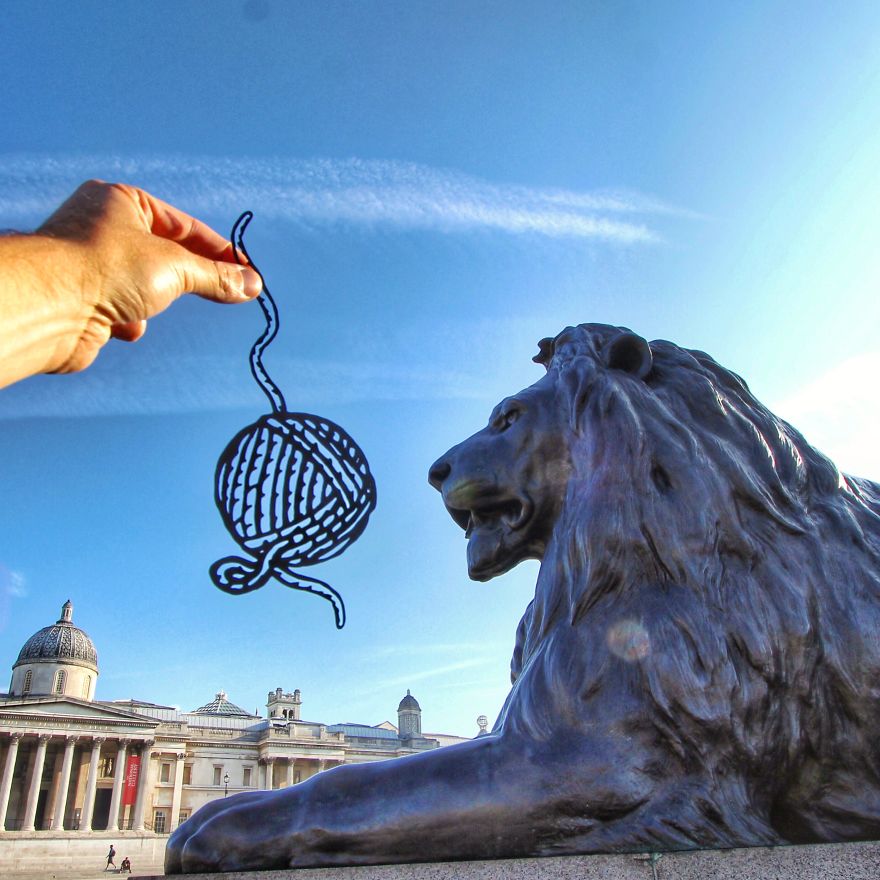 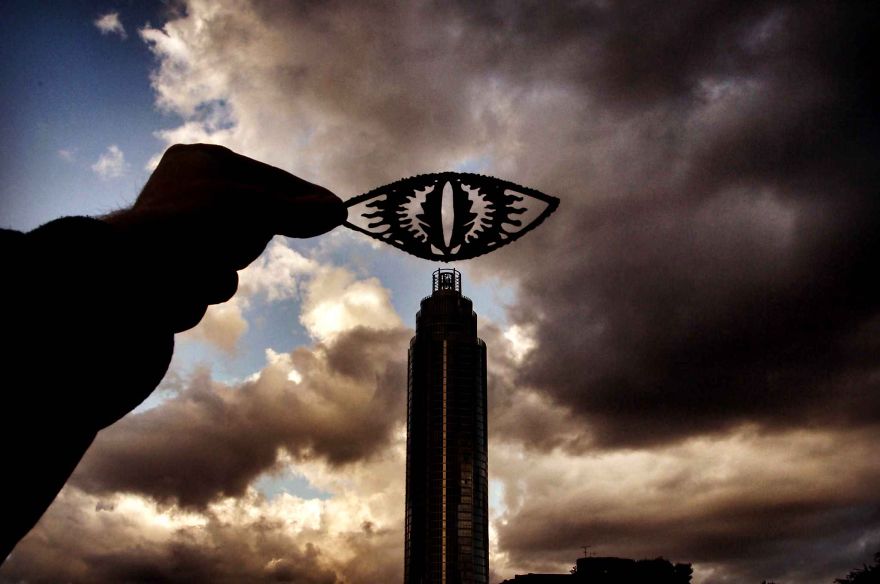 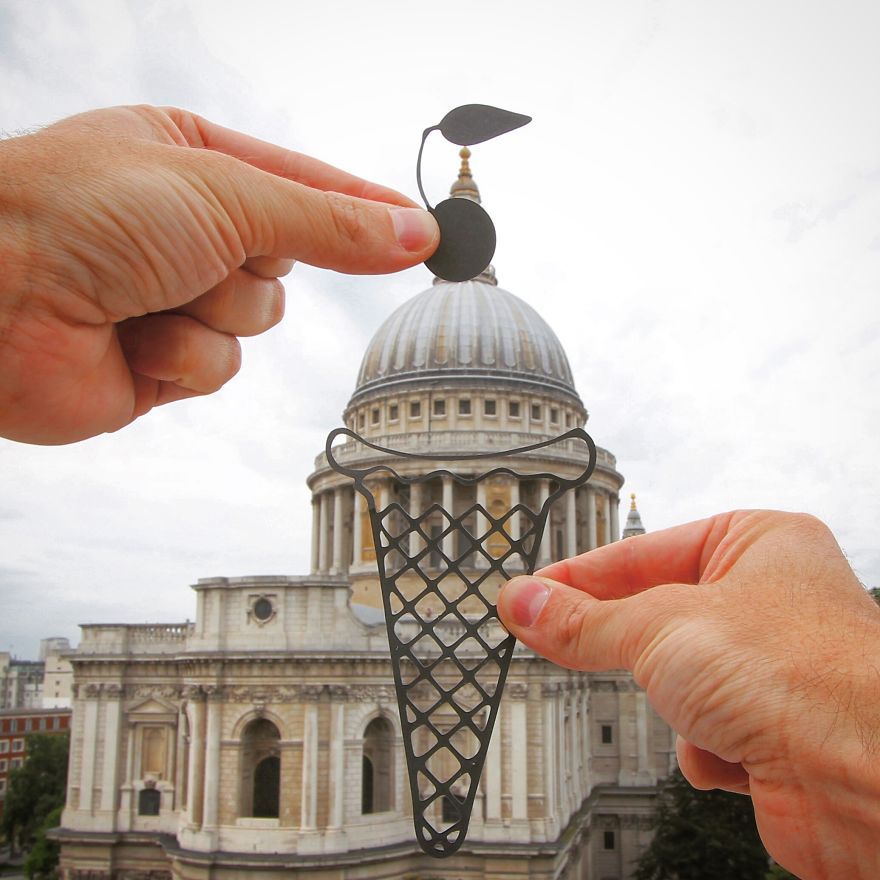 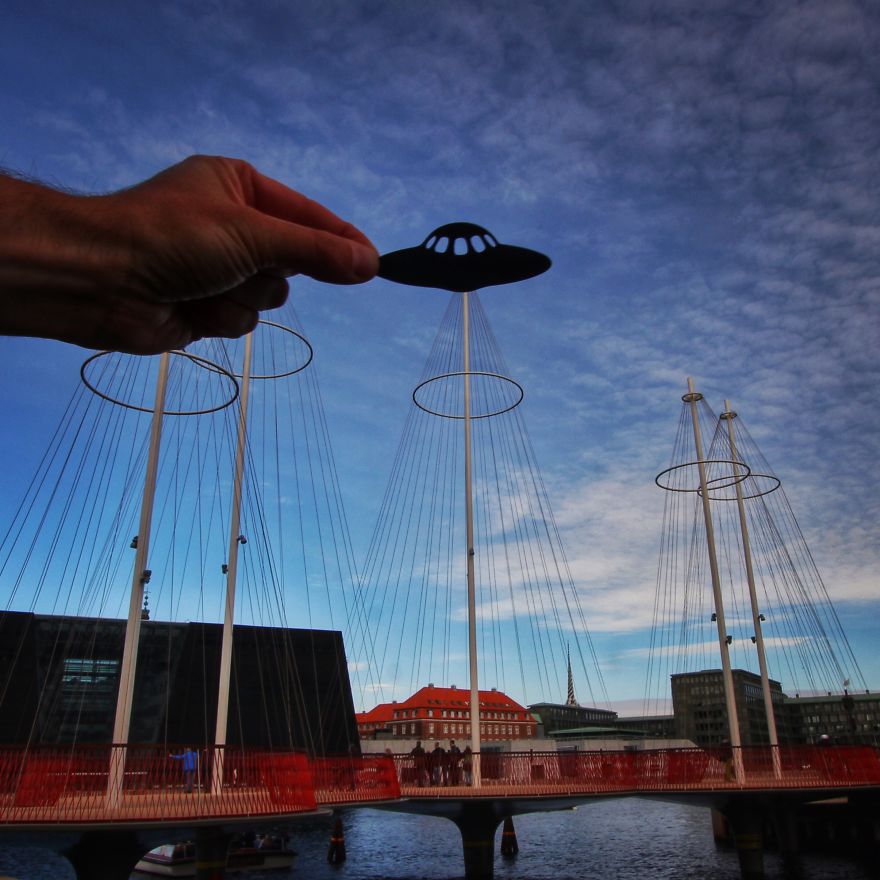 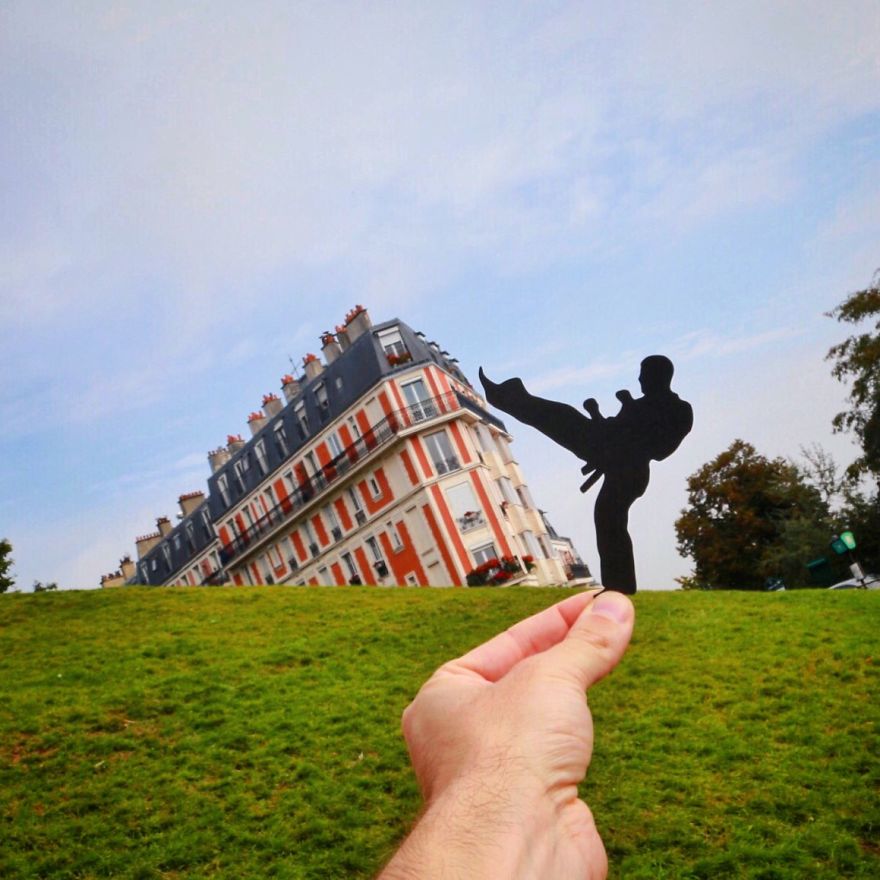 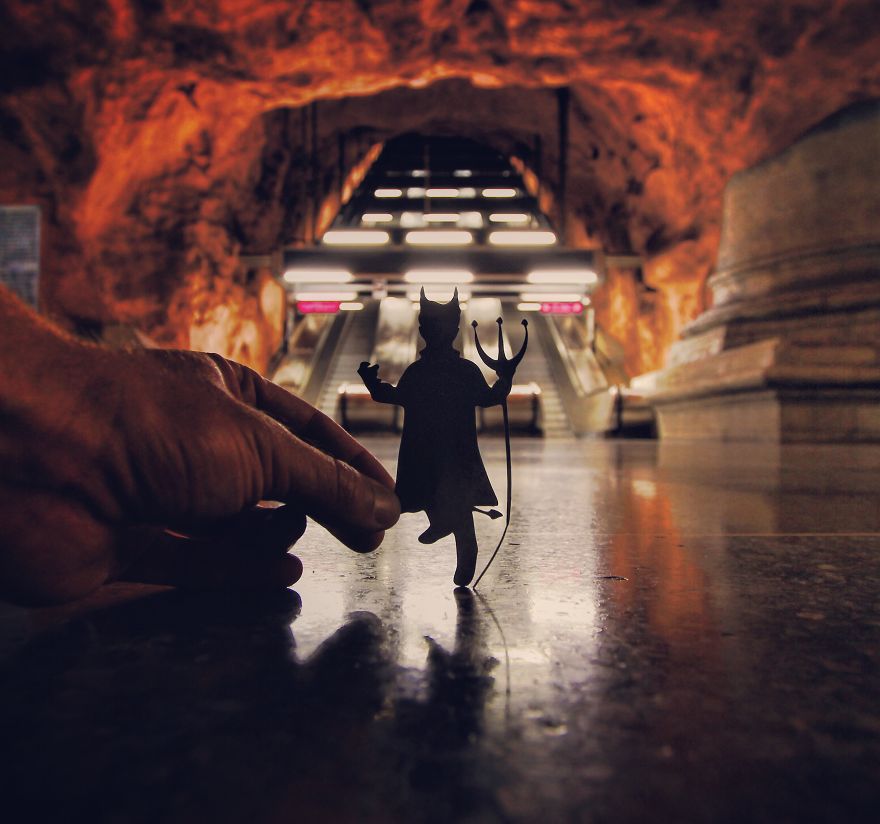 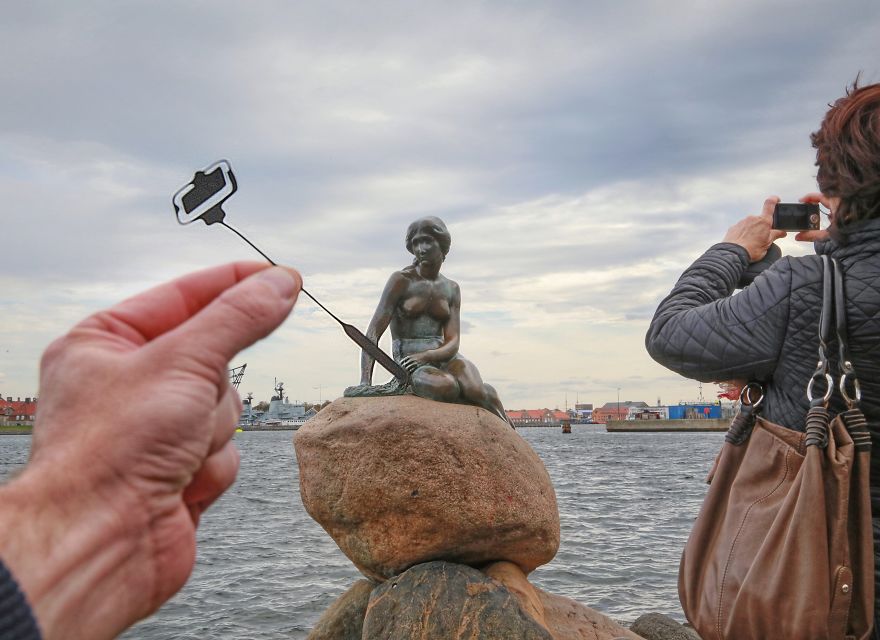 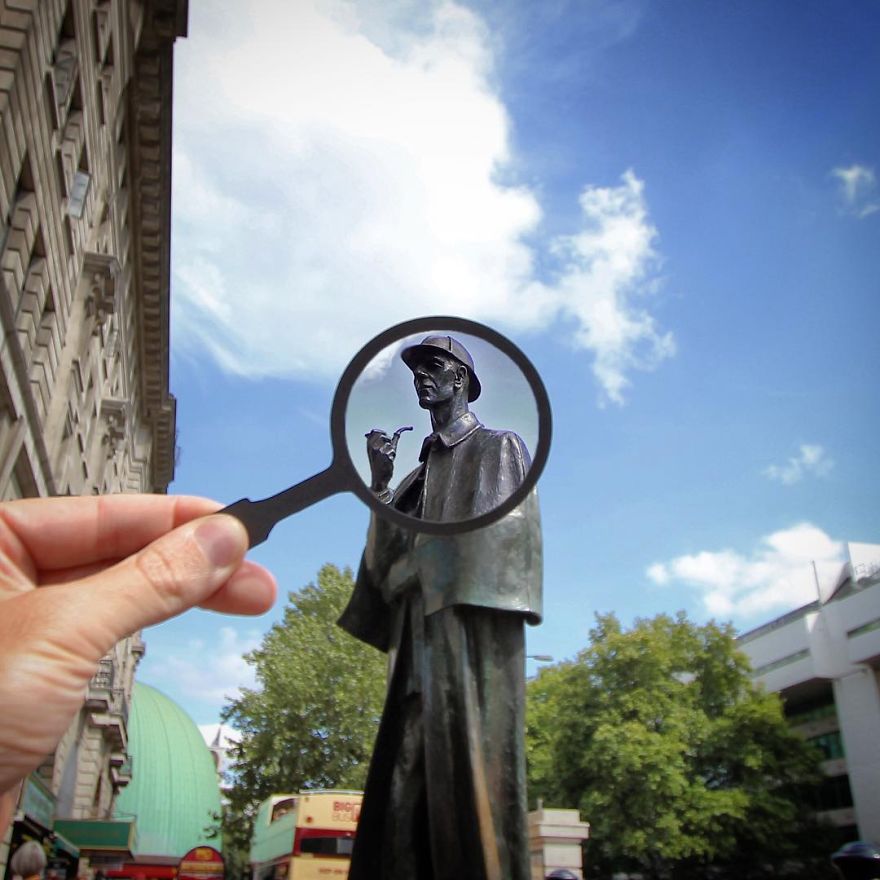 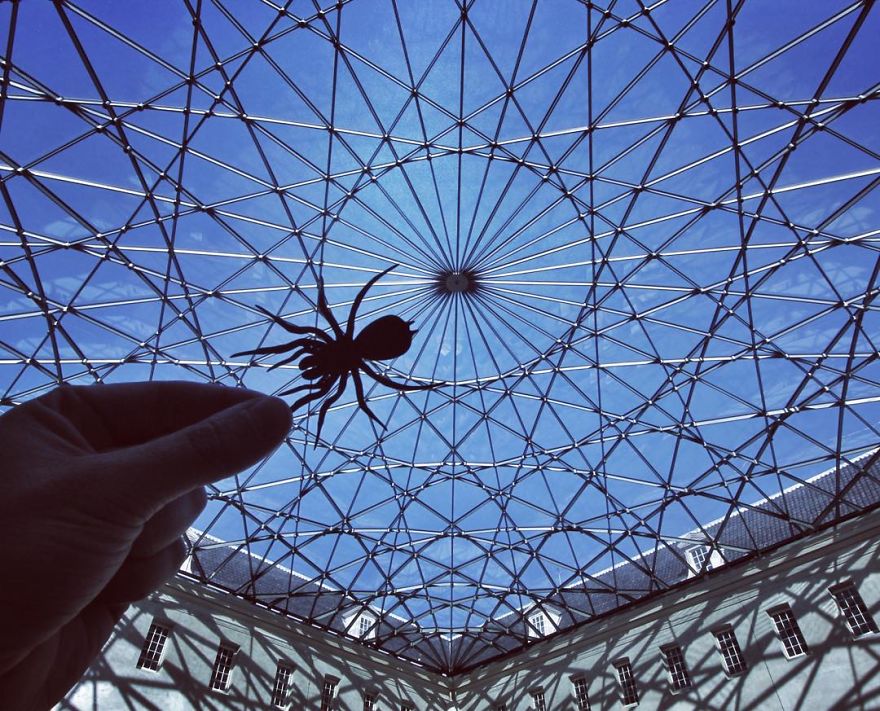 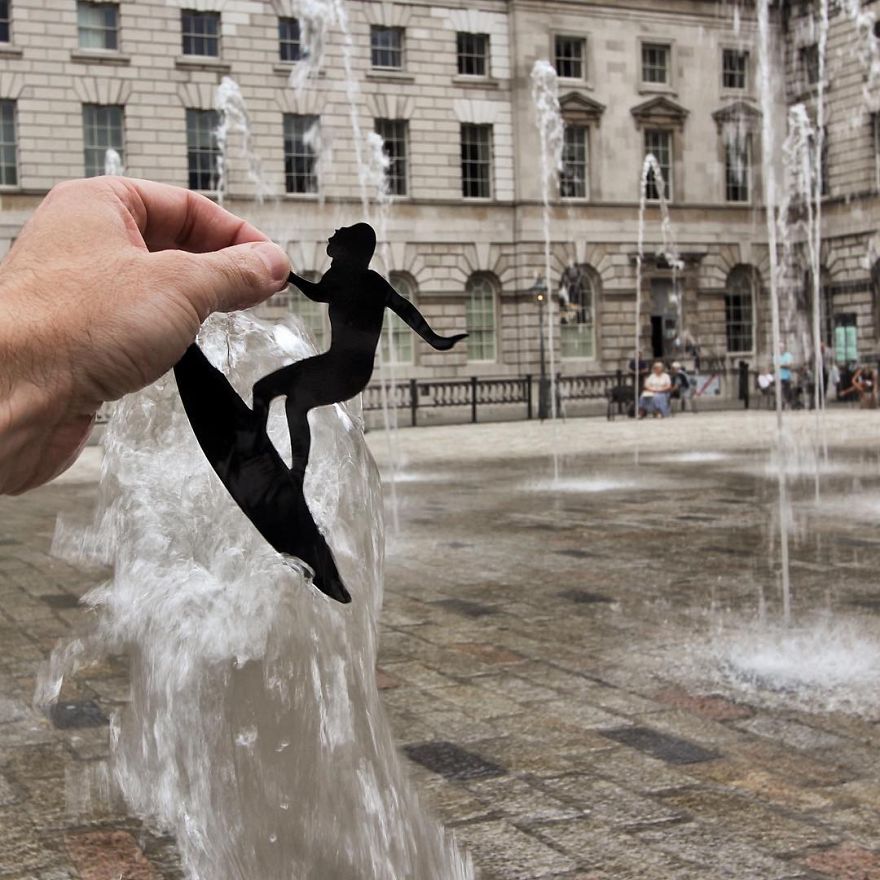 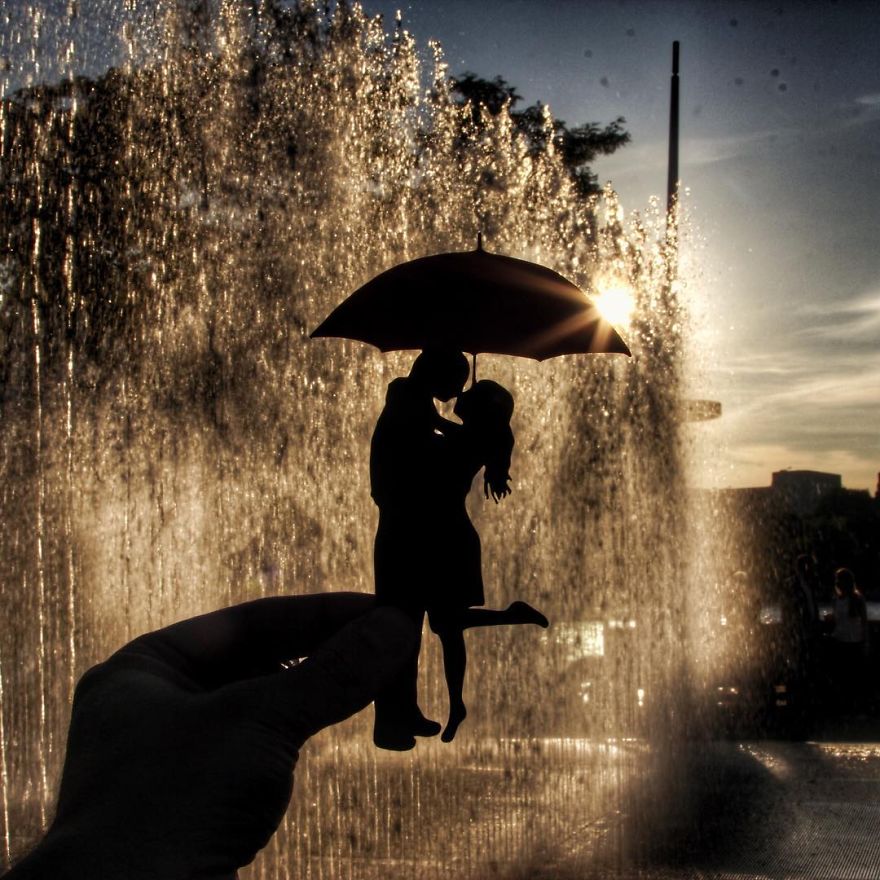