by Architect K.A.
Reading Time: 3 mins read
0 0
A A
2.7k
SHARES
289
VIEWS
Share on FacebookShare on TwitterPin to Pinterest

Sometimes, you don’t know your true calling until it finds you. This was certainly the case for Eric White, 33, the owner of Zydeco Construction. The once formerly-homeless man now owns a Louisiana-based company that builds beaches in people’s backyards, and he’s making millions doing it.

When White was 15-years-old, he was homeless for about eight months. “Growing up, things weren’t easy for me,” he told USA Today. White dropped out of school in the ninth grade and only had a second-grade reading skill. “I could hardly even spell my name,” he said. 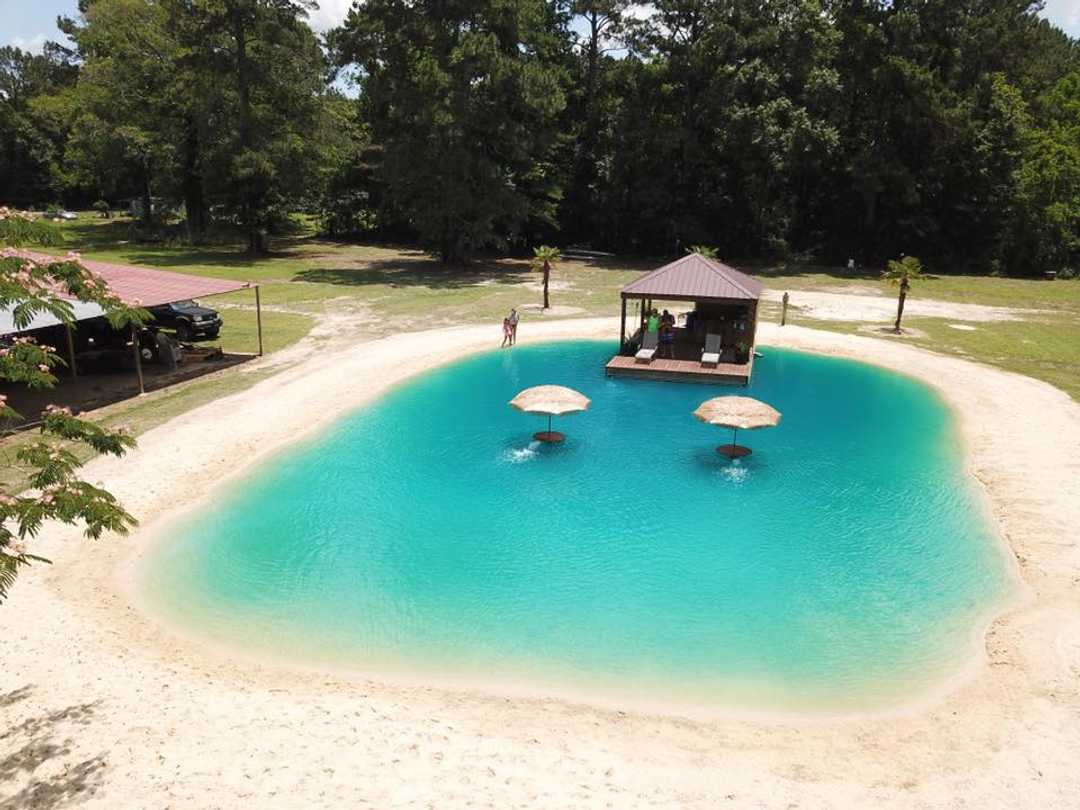 Despite his lacking education, he always felt as if he understood construction. “I knew if I worked at it,” said White, “I could really do something with it.” He got his start working for a local construction company just to pay the bills. But later, he learned of a job opening with a Baton Rouge-based company that paid $12 hour. “The guy that I worked for there took me under his wing and taught me about the company. Within the first six months, I was managing the team,” said White.

The ambitious individual continued to work his way up with various construction companies. Eventually, he started his own company, a pool business called Cool Pools. “That business did very well, and last year, I sold it for over a million (dollars),” he said.

Zydeco Construction was the next venture. The company builds beach-like “swimming ponds” that are crystal blue and have 360 degrees of sand surrounding them. Each pond is completely customizable and is outfitted with accessories, including outdoor kitchens, gazebos, umbrellas, and volleyball nets. The 33-year-old says the sky is the limit when it comes to creating your “dream beach.”

White has tackled his vision from every angle. He said, “It’s something that for years I would think to myself, ‘What if someone could figure out a way to turn a pond into a paradise?’ I did as much research as I could and applied it to building these ponds.”

“It has always been a dream of mine to do these different things,” White said. “I am all about figuring out a way to make things happen. I can look at any situation and come up with a way to fix it. I like to stay in the market for things that most companies don’t offer, especially custom requests,” White added.

Without a doubt, the ponds are dazzling. But, how much does one cost to construct? The average costs around $20,000. “Each pond that we do is customized for that area and for the customer. It isn’t something that can be done in a day. They are a true labor of love,” said White.“We will do something different on every pond we create.”

White’s company also offers in-ground trampolines and outdoor kitchens. He also is in the business of drainage solutions and can build levees for homes that experience flooded backyards.