by Architect K.A.
Reading Time: 5 mins read
0 0
A A
115
SHARES
76
VIEWS
Share on FacebookShare on TwitterPin to Pinterest

Do babies dream when they sleep, or they simply rest peacefully? Queenie Liao, a free-lance artist and mother of three boys living in California, has tried to answer this question by sharing the adventurous dramas that her child Wengenn dreams of during his sleep.

Her album – Wengenn in Wonderland – is a compilation of over 100 creative photos that depict the continuous exploration of her son Wengenn in his magical land of charm and wonder. She drew inspiration from other creative mommas like Adele Enersen and Anne Geddes but gave the images her own imaginative fairytale twist. 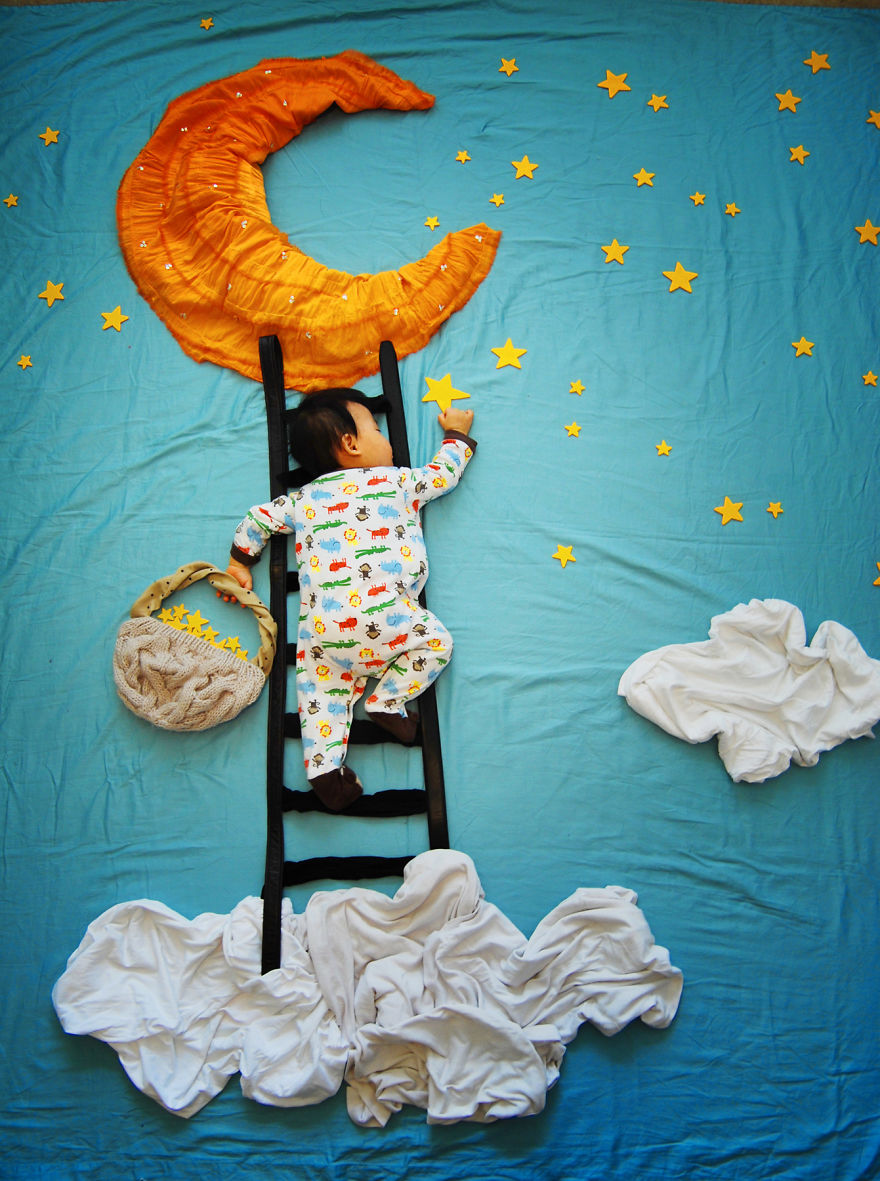 “Photography has always been my hobby. At first my interest was on natural scenery, but after the birth of my first child in 2002, my attention shifted to my precious little baby.” 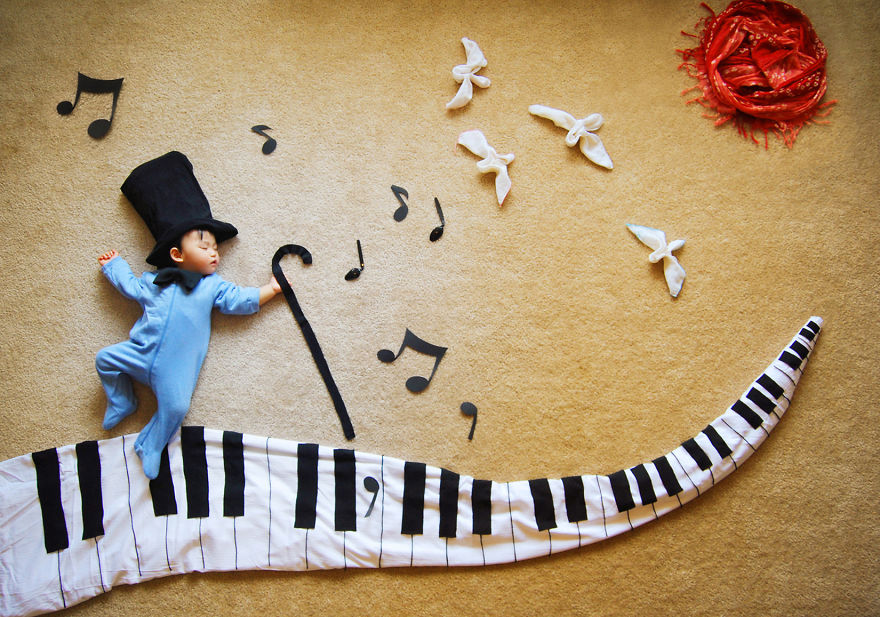 “I began to take pictures of my baby boy, frequently drawing inspiration from the beautiful works of Anne Geddes.“ 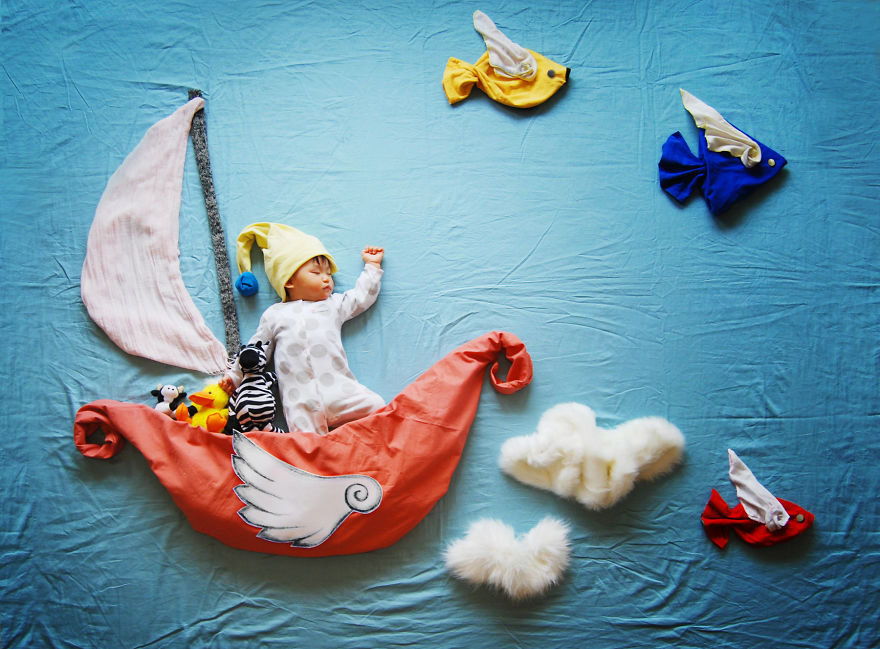 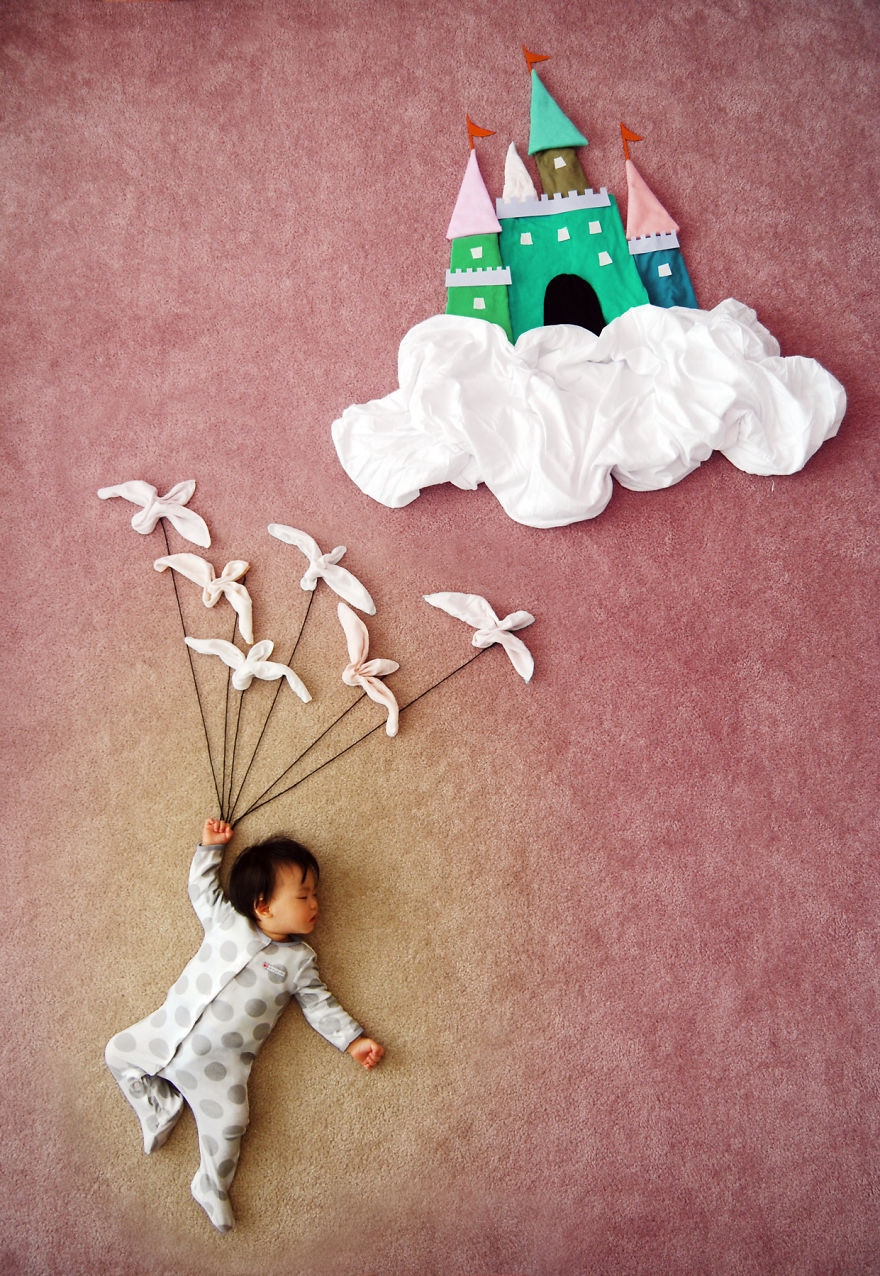 “In 2010, after seeing the work of Ms. Adele Enersen with her sleeping daughter, I began to experiment with similar ideas with my then-three-month-old son Wengenn.” 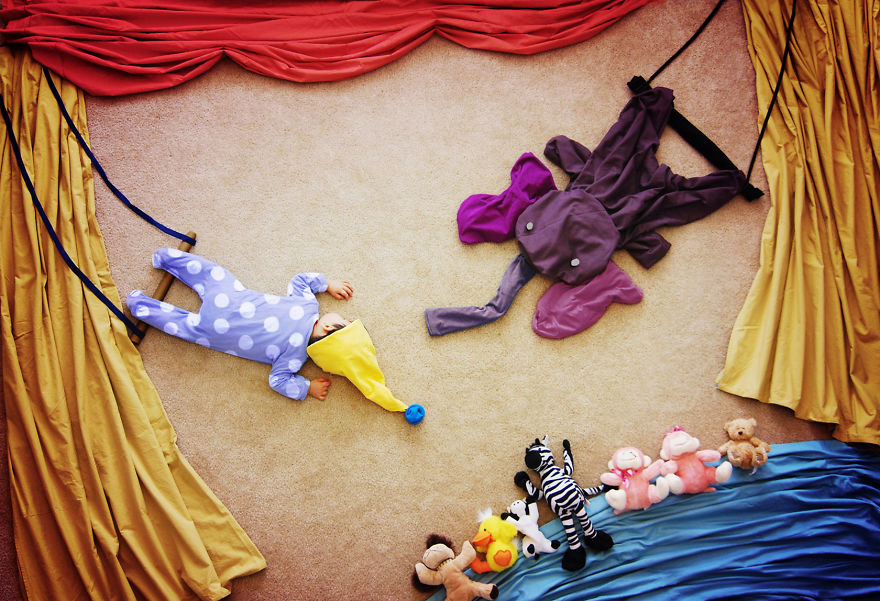 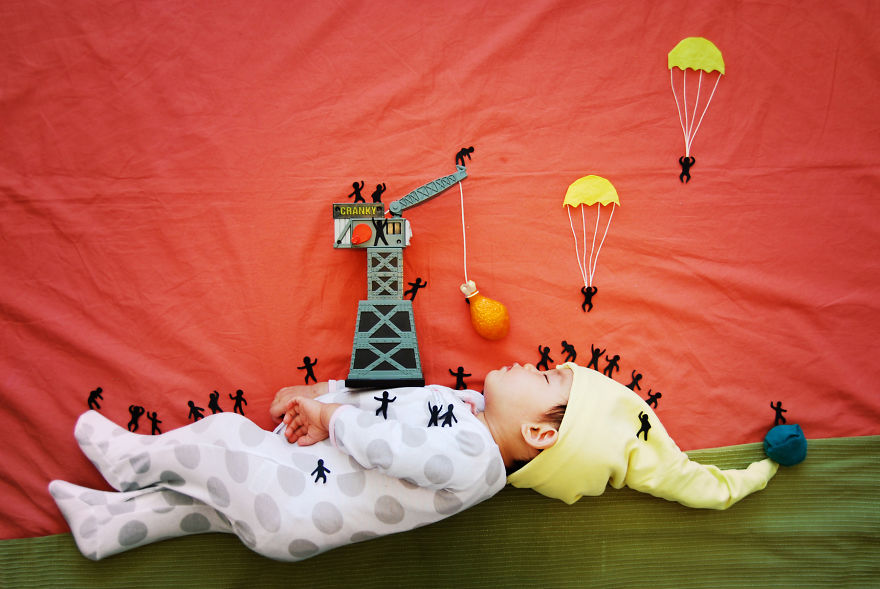 “I grew up indulging myself in fairy tales. Those fairy tales from my childhood gave me a multitude of ideas to try out.” 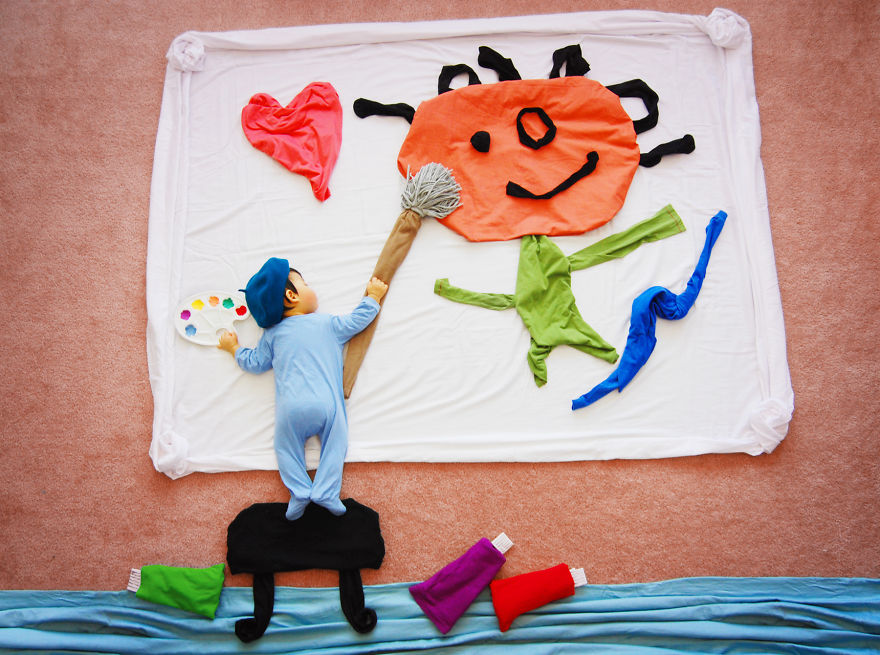 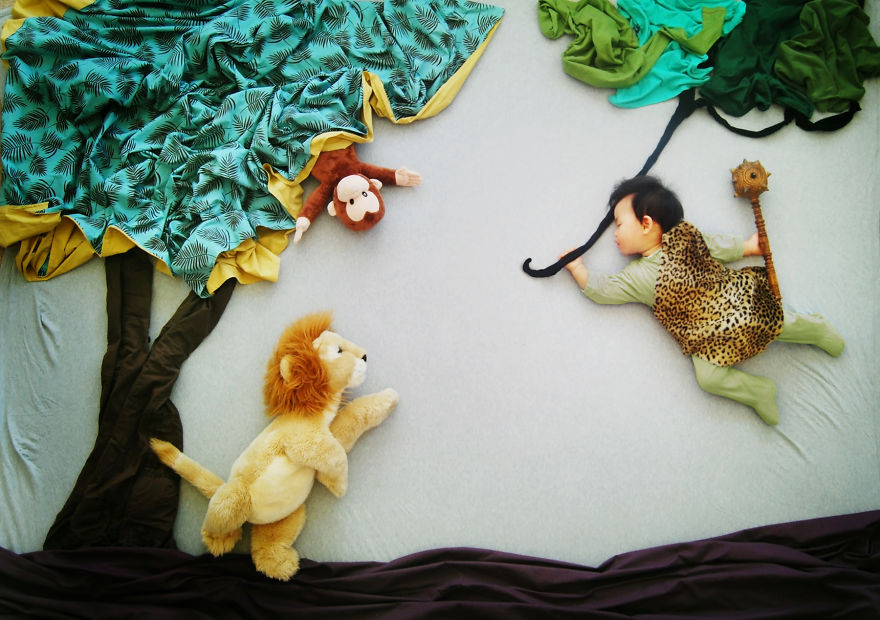 “Everyday just before Wengenn’s nap, I would imagine him being the main character in one of my favorite episodes, and “paint” a background setting with plain clothes, stuffed animals, and other common household materials, just like how an artist would with her paint brushes.” 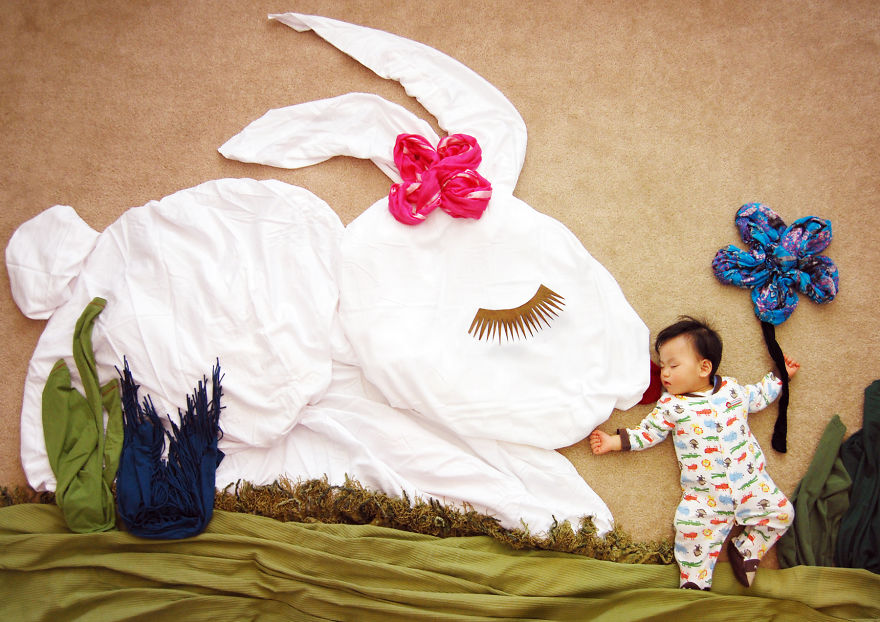 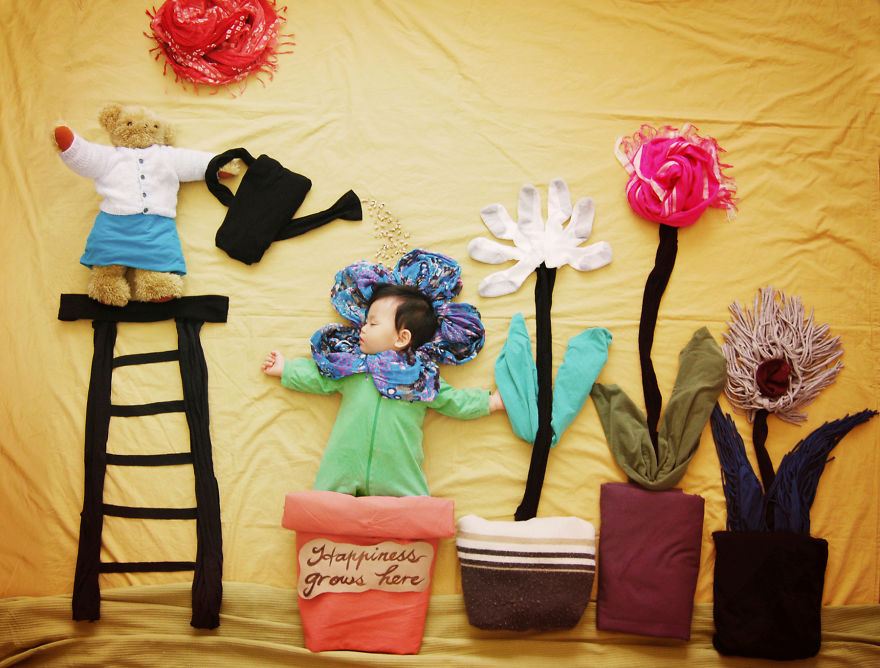 “After Wengenn fell asleep, I would place him at the center of the theme I’d created and start taking pictures.” 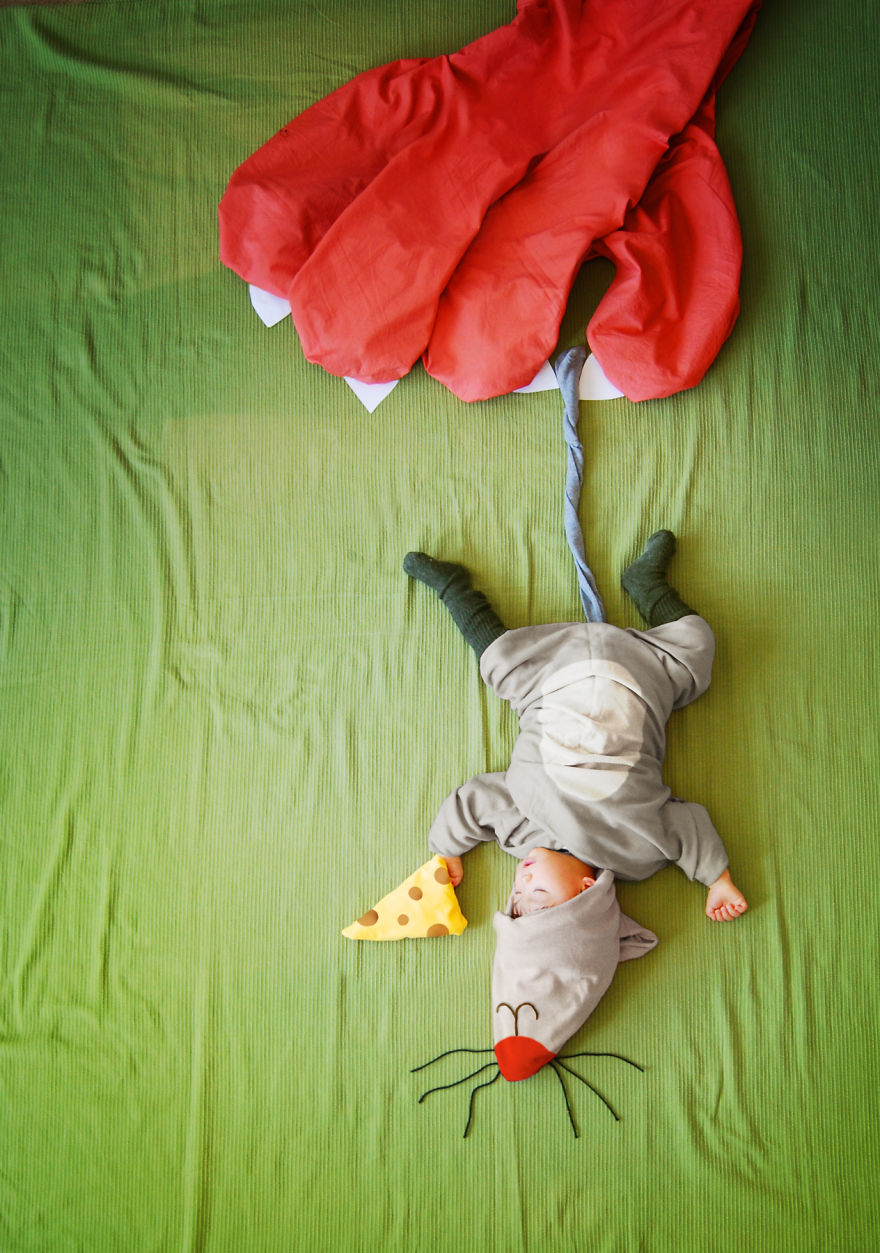 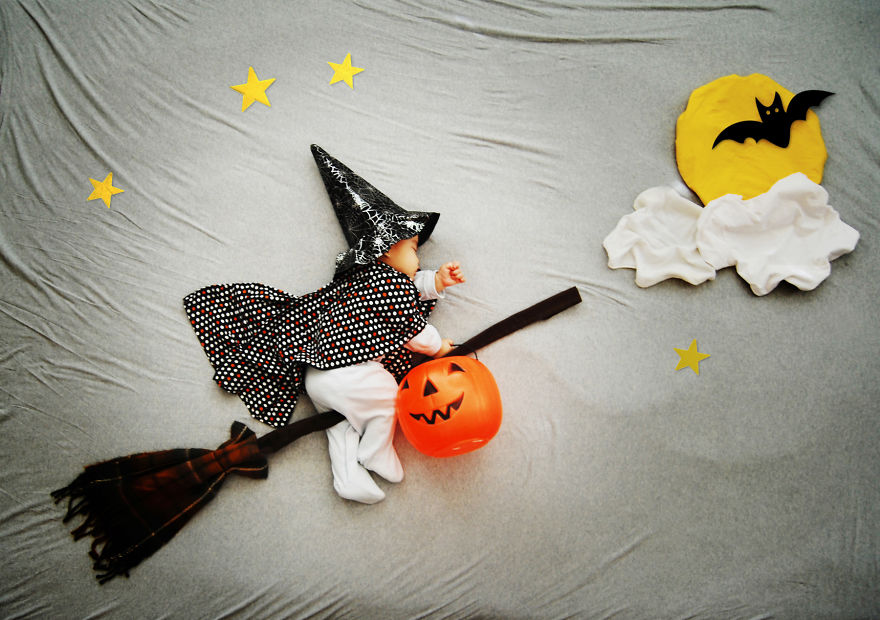 “My vision was to create a series of photos portraying him exploring his imaginary, enchanting fairytale-like world.“ 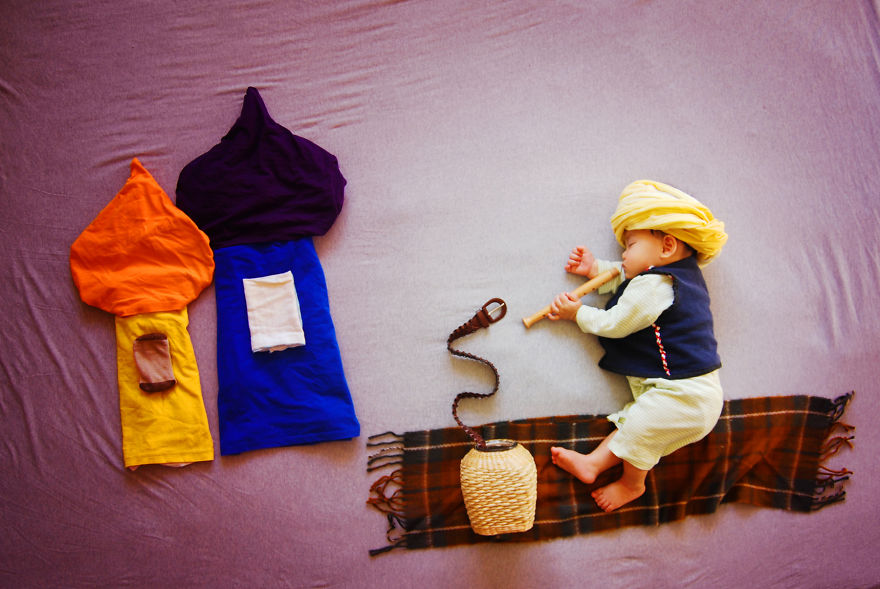 “Today, with well over one hundred photographs, each portraying a cute little story of Wengenn in his journey of adventure, I have combined them into an album called “Wengenn in Wonderland.” 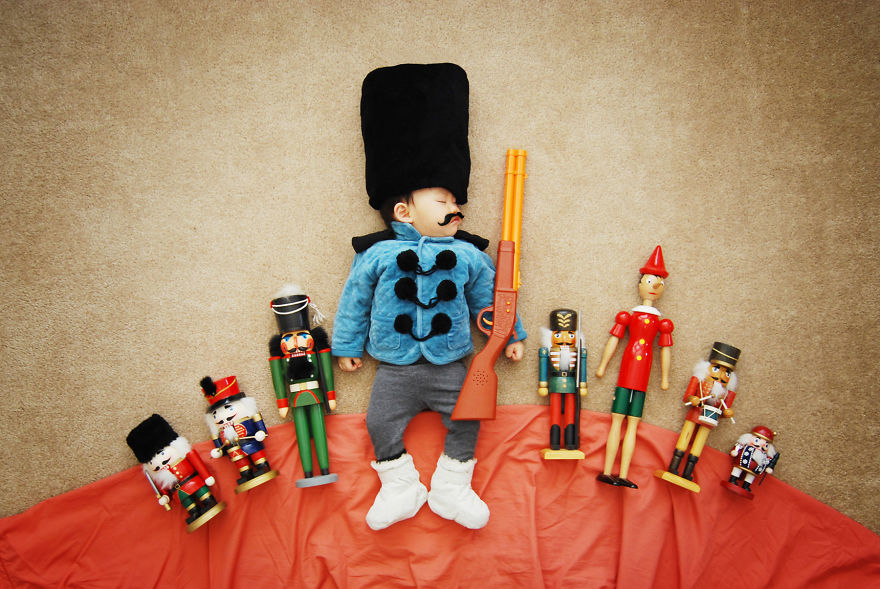 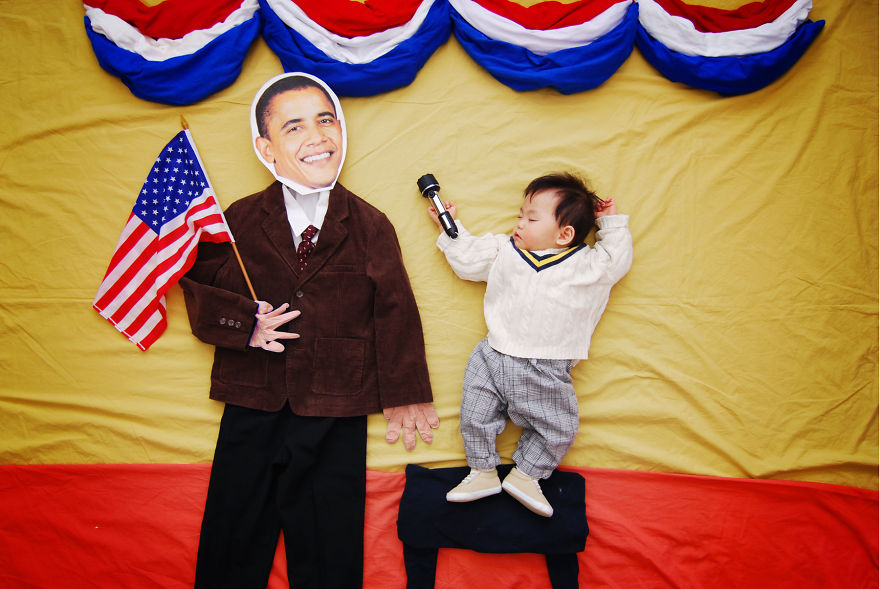 “A Chinese version of my book “Sleepy Baby – 可愛寶貝的扮裝寫真,” was published in Taiwan in July, 2012. The book provides step-by-step details of how some of those pictures were taken, as well as how other art crafts can be made out of baby pictures.” 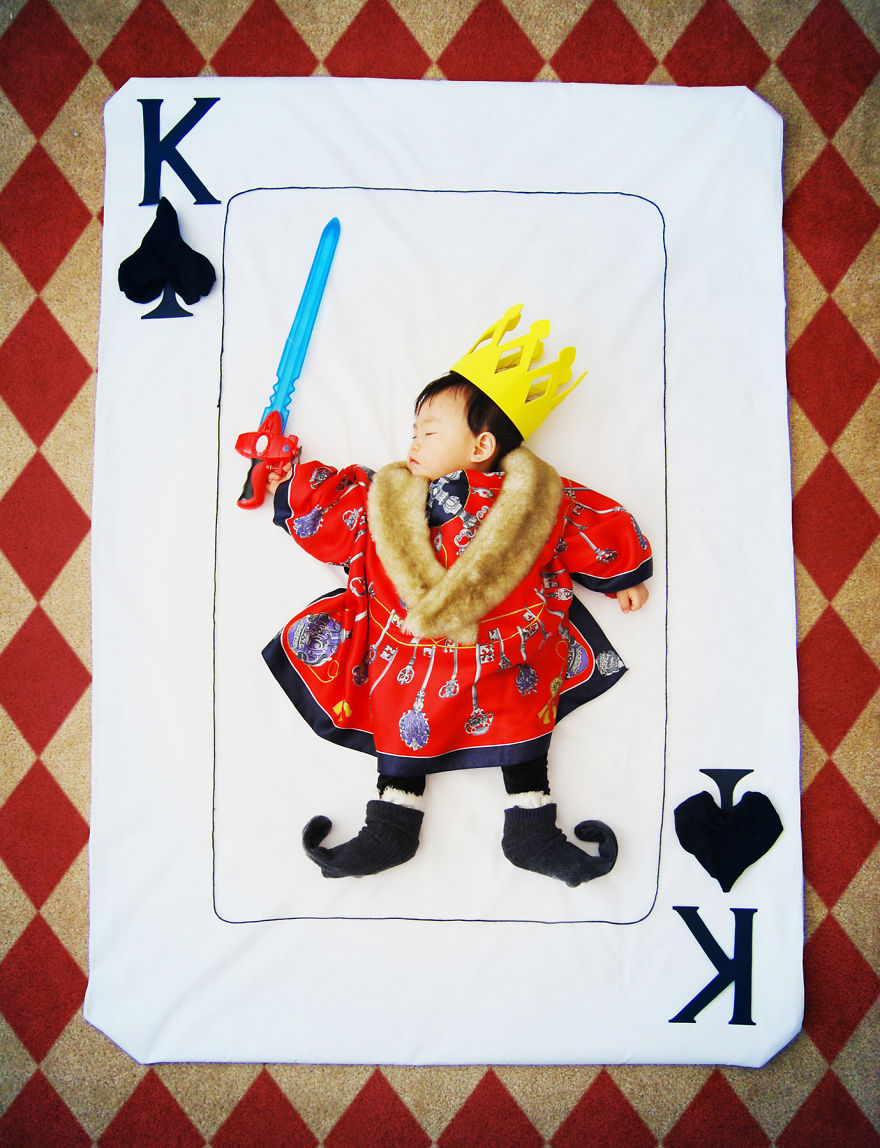 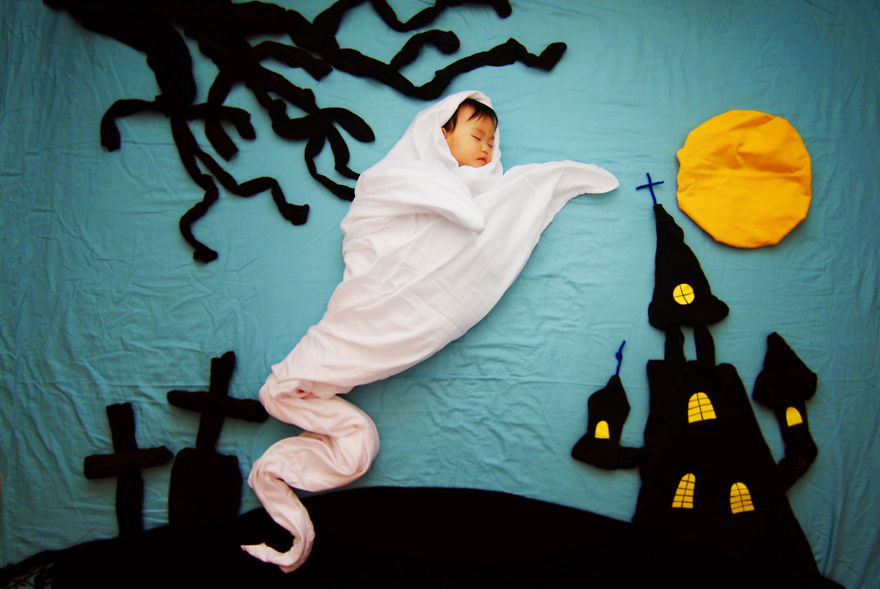 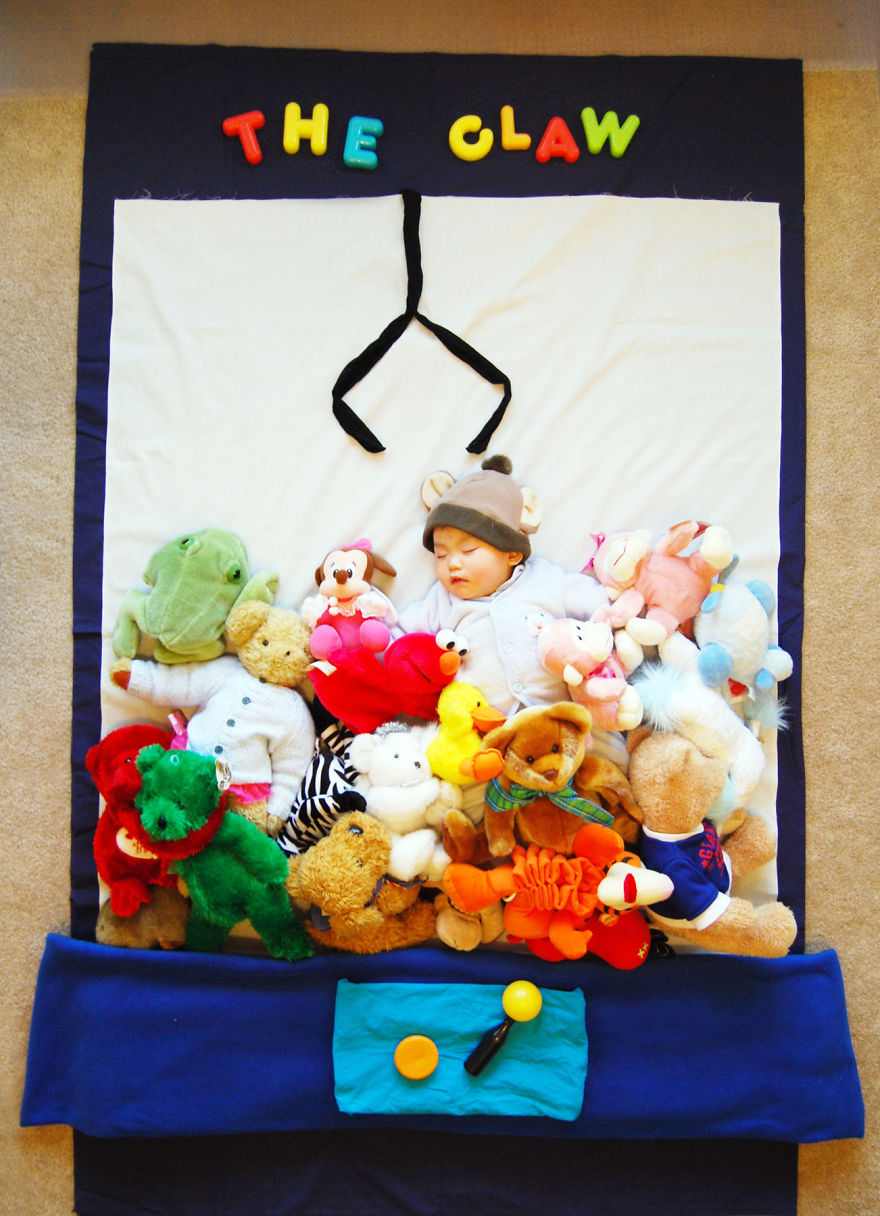 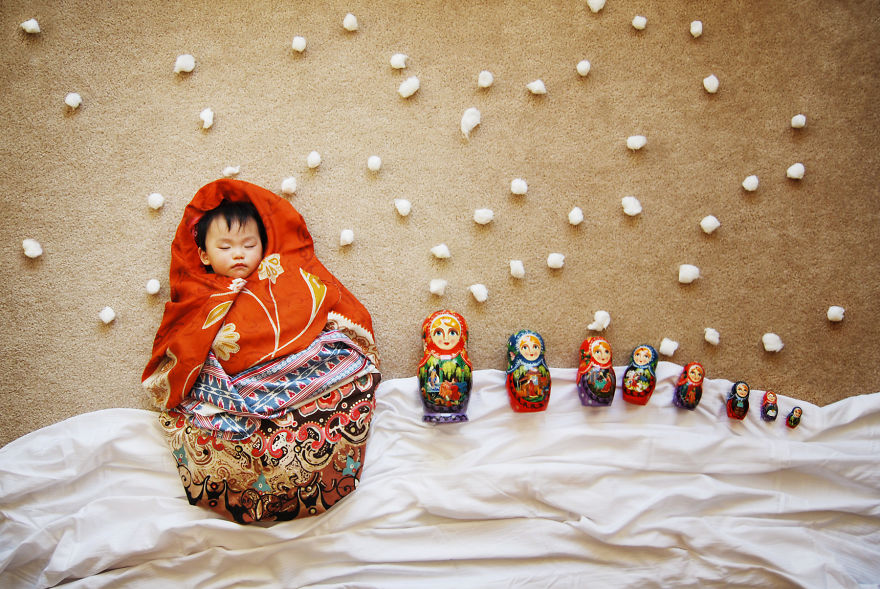 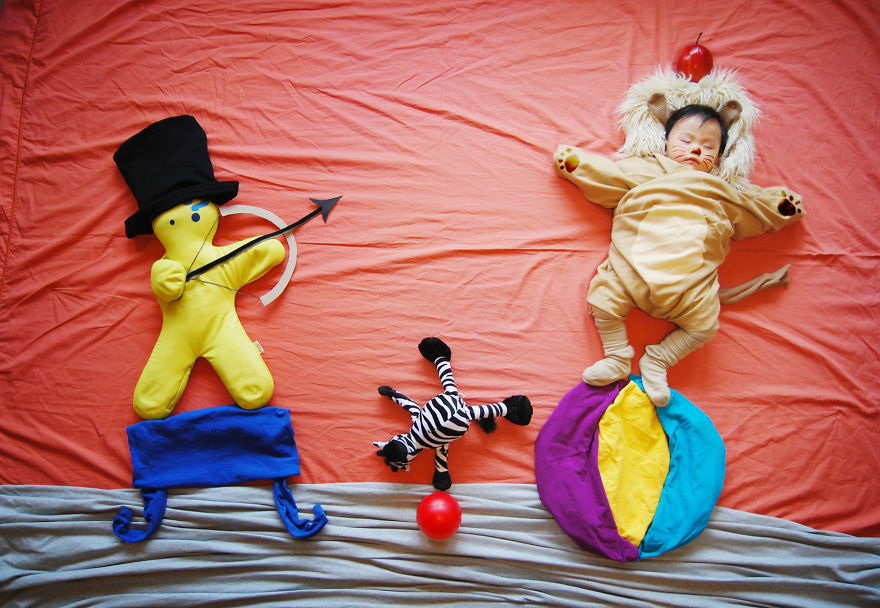 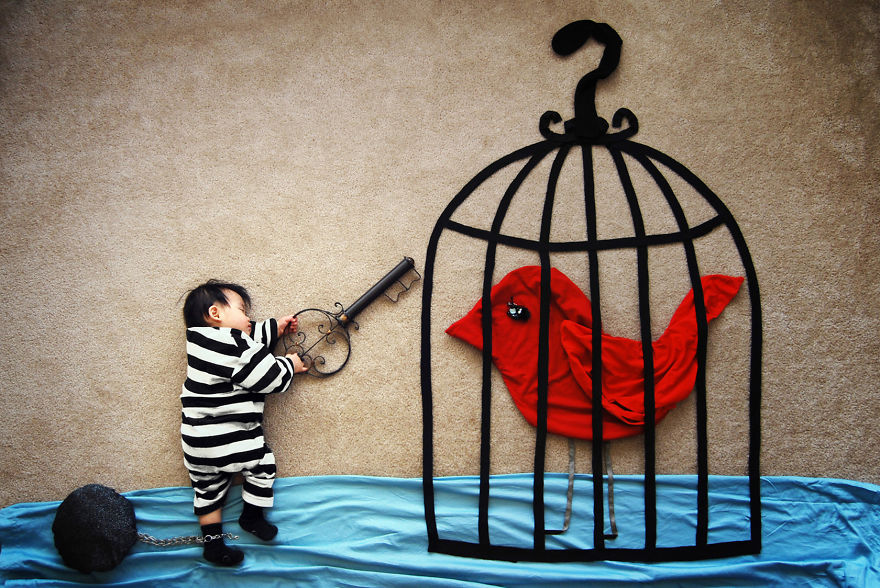 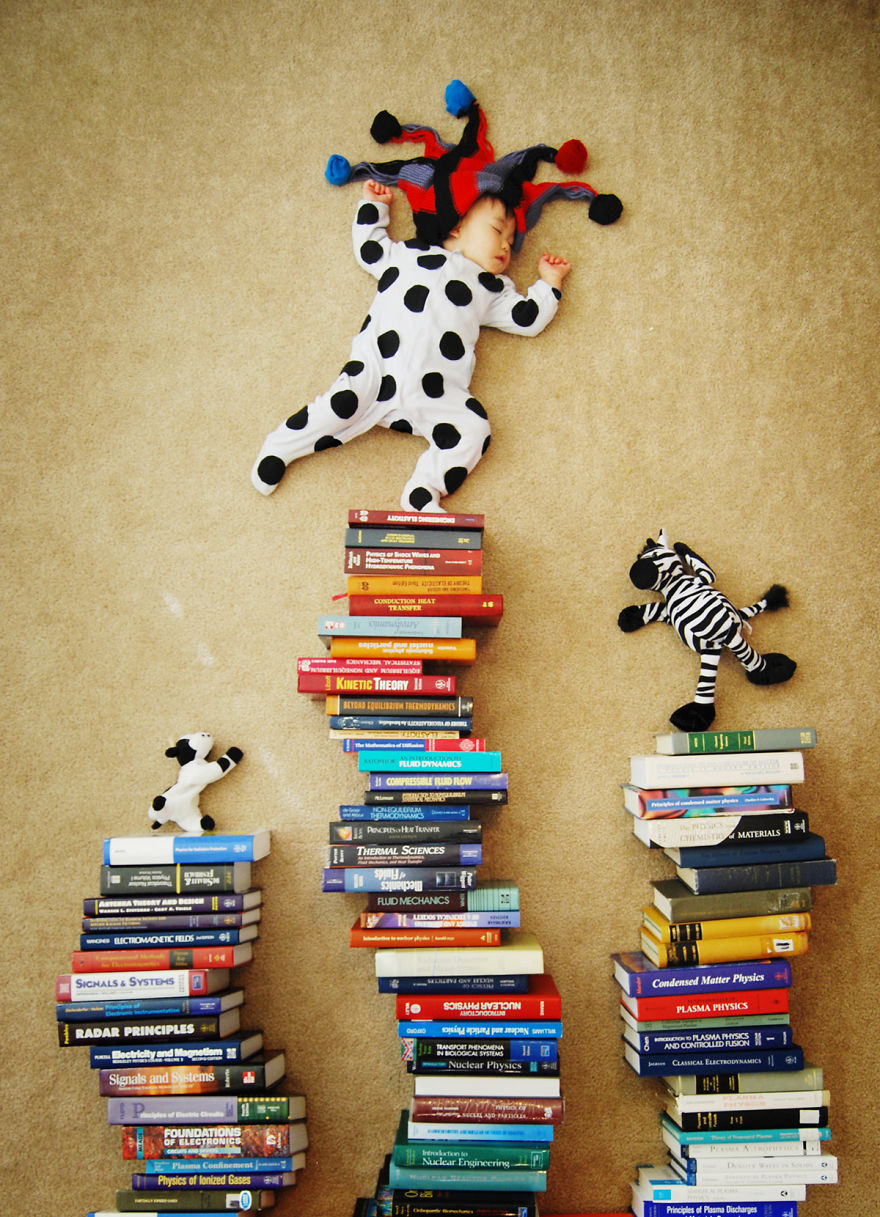 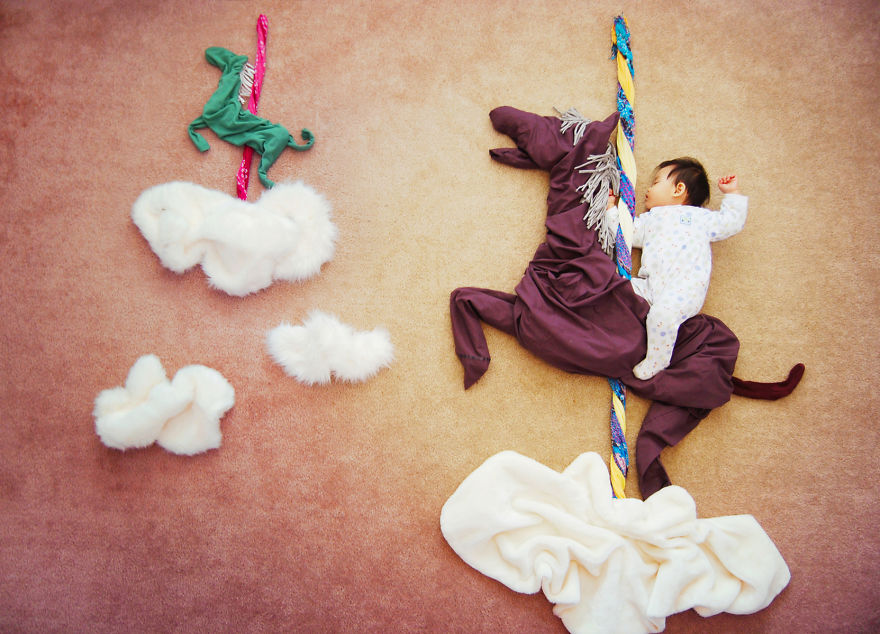 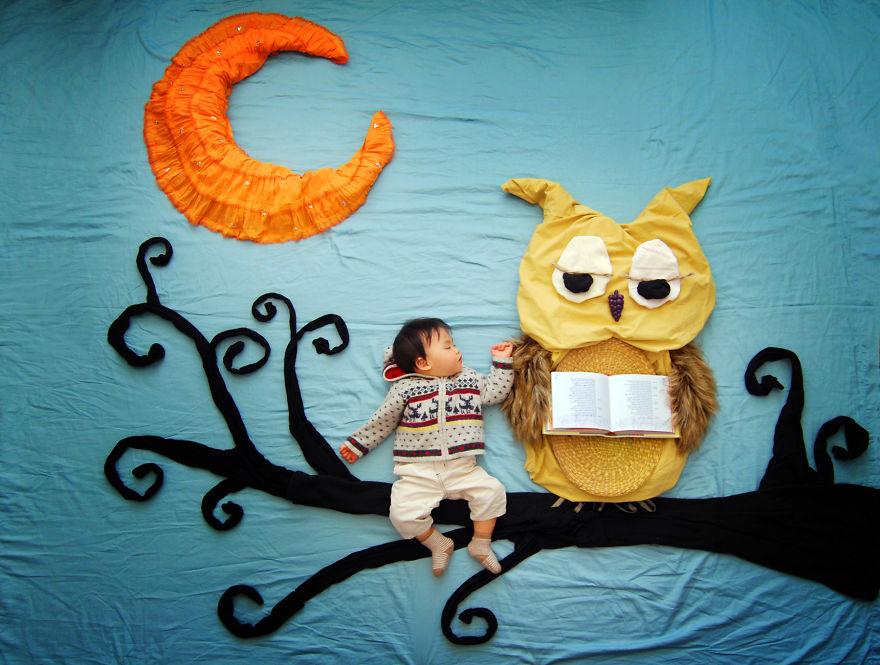 “I am very grateful to have the opportunity to share with the readers not only the pictures I have taken, but more importantly, the inexpressible love, joy and pride as a mother while creating this special album for my son Wengenn.”

Queenie told us that the English version of her book is already underway as well. For more information, visit wengenninwonderland.com.

20+ Clever Inventions To Make Your Life A Lot Easier

23 Reasons Why You Must Visit Australia Before You Die

23 Reasons Why You Must Visit Australia Before You Die