Located in Tlajomulco de Zuñiga city, Jalisco, in Mexico, this contemporary two-story residence was completed in 2005. 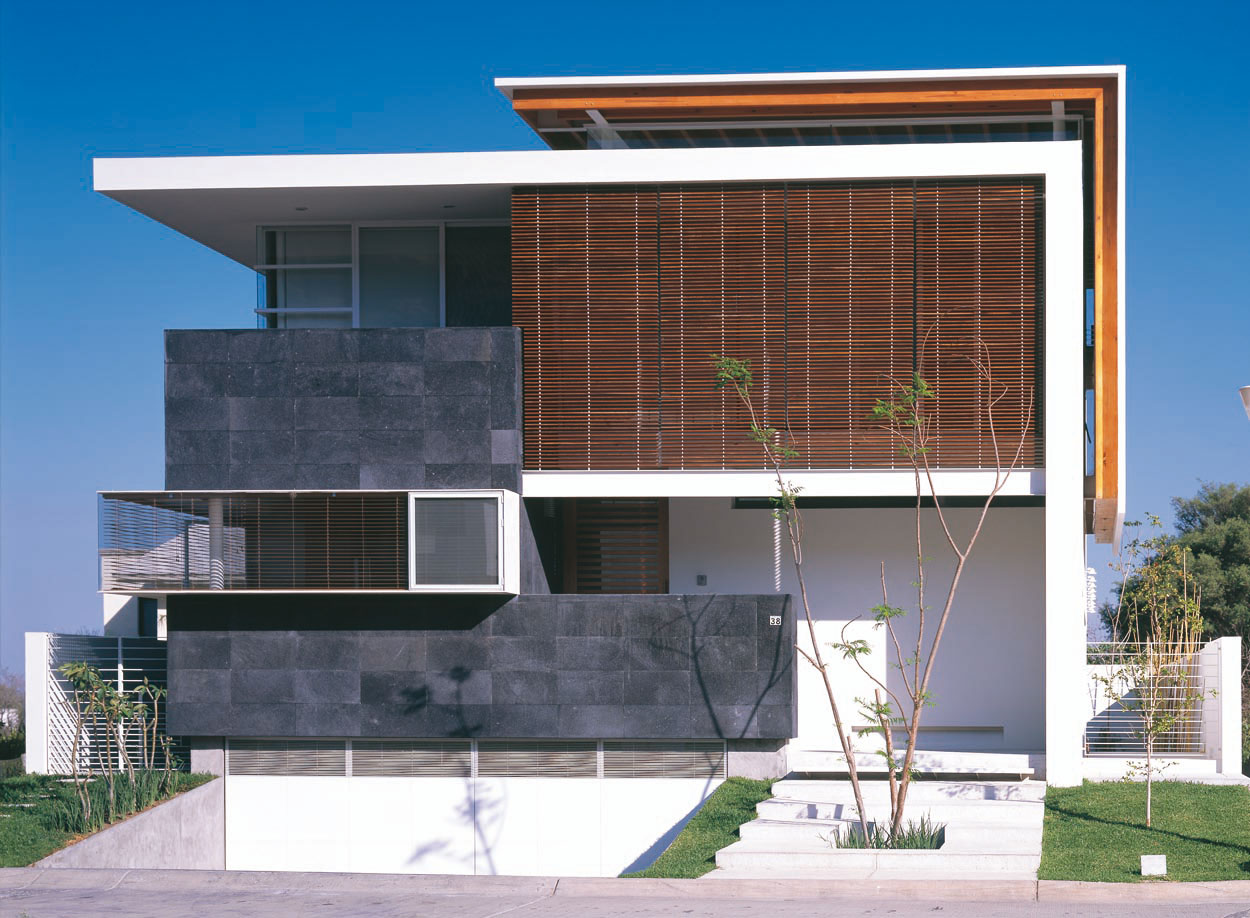 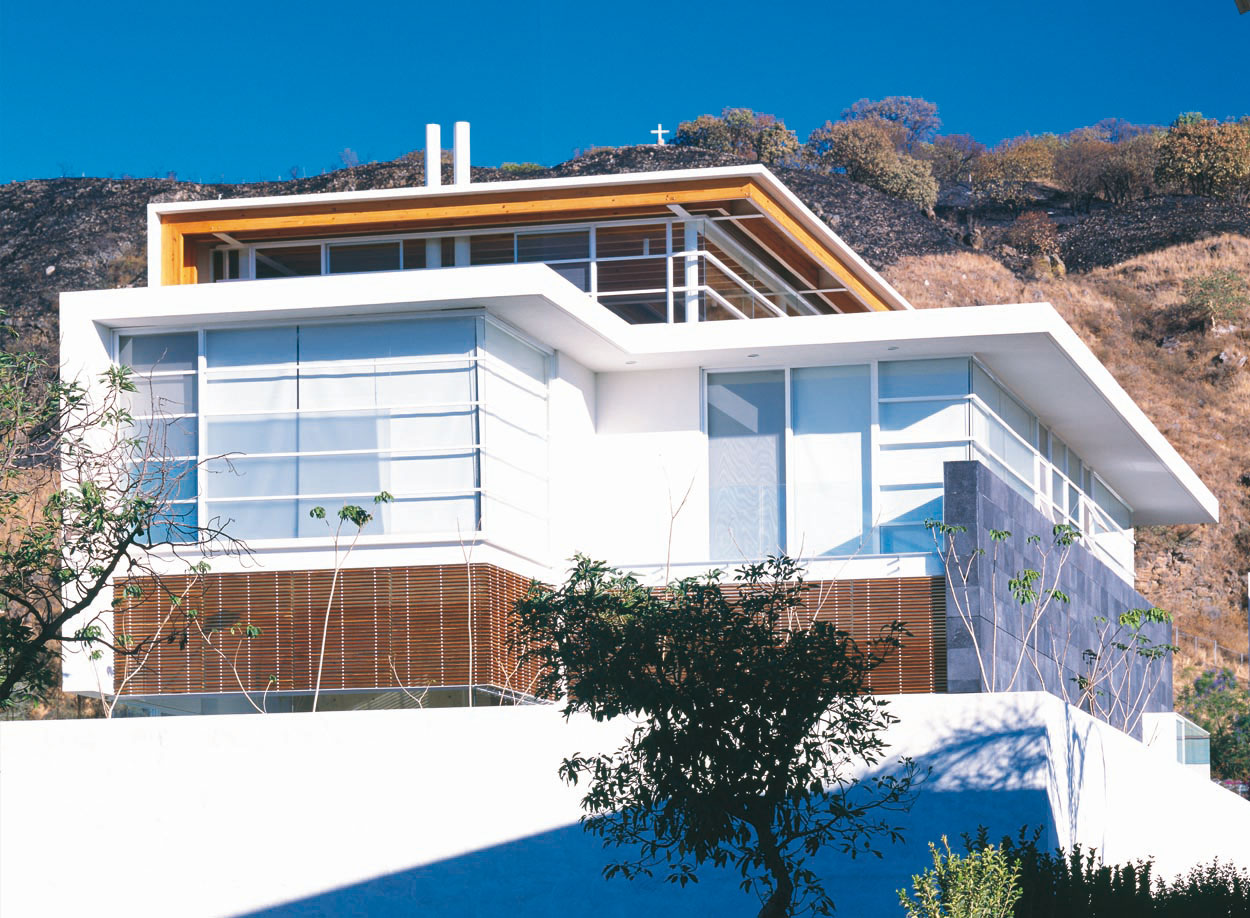 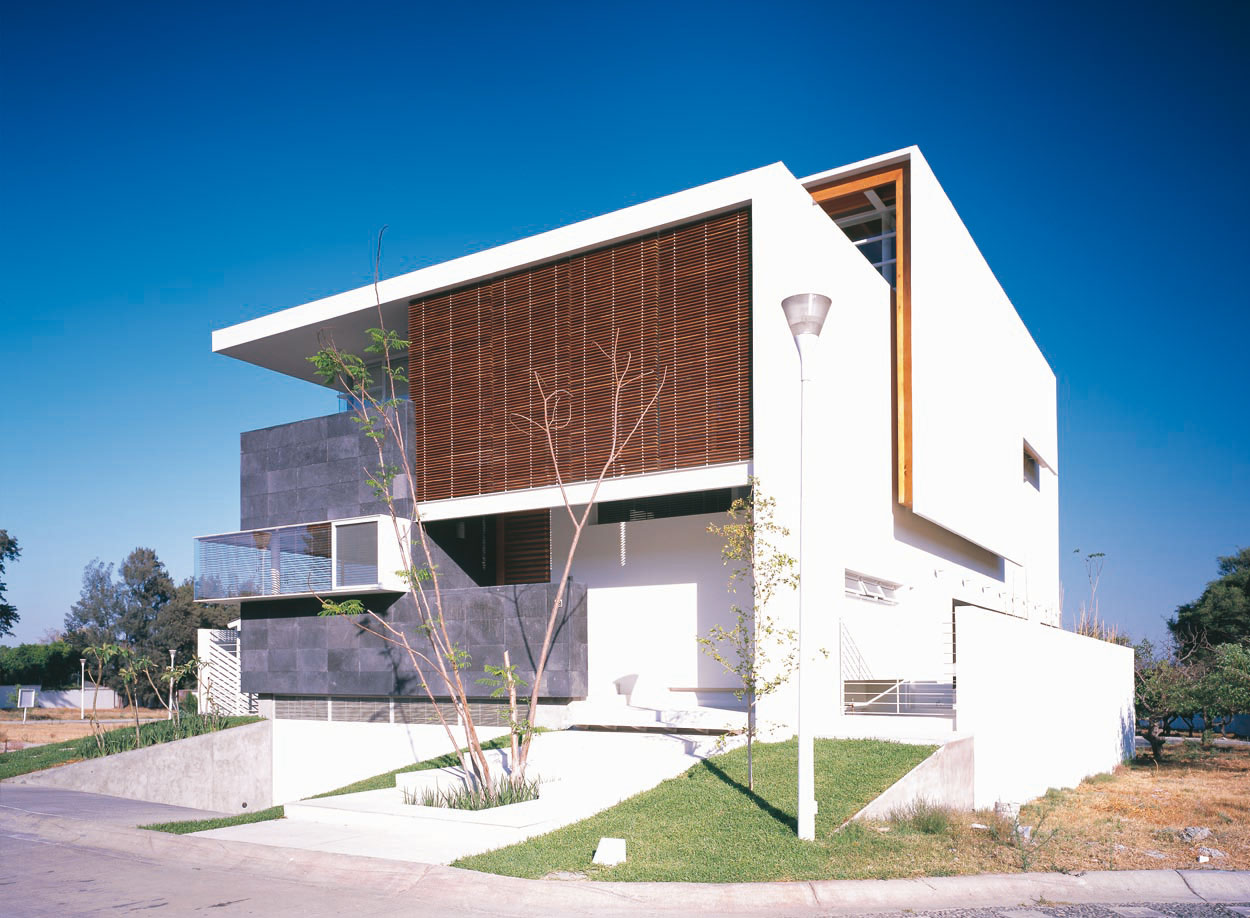 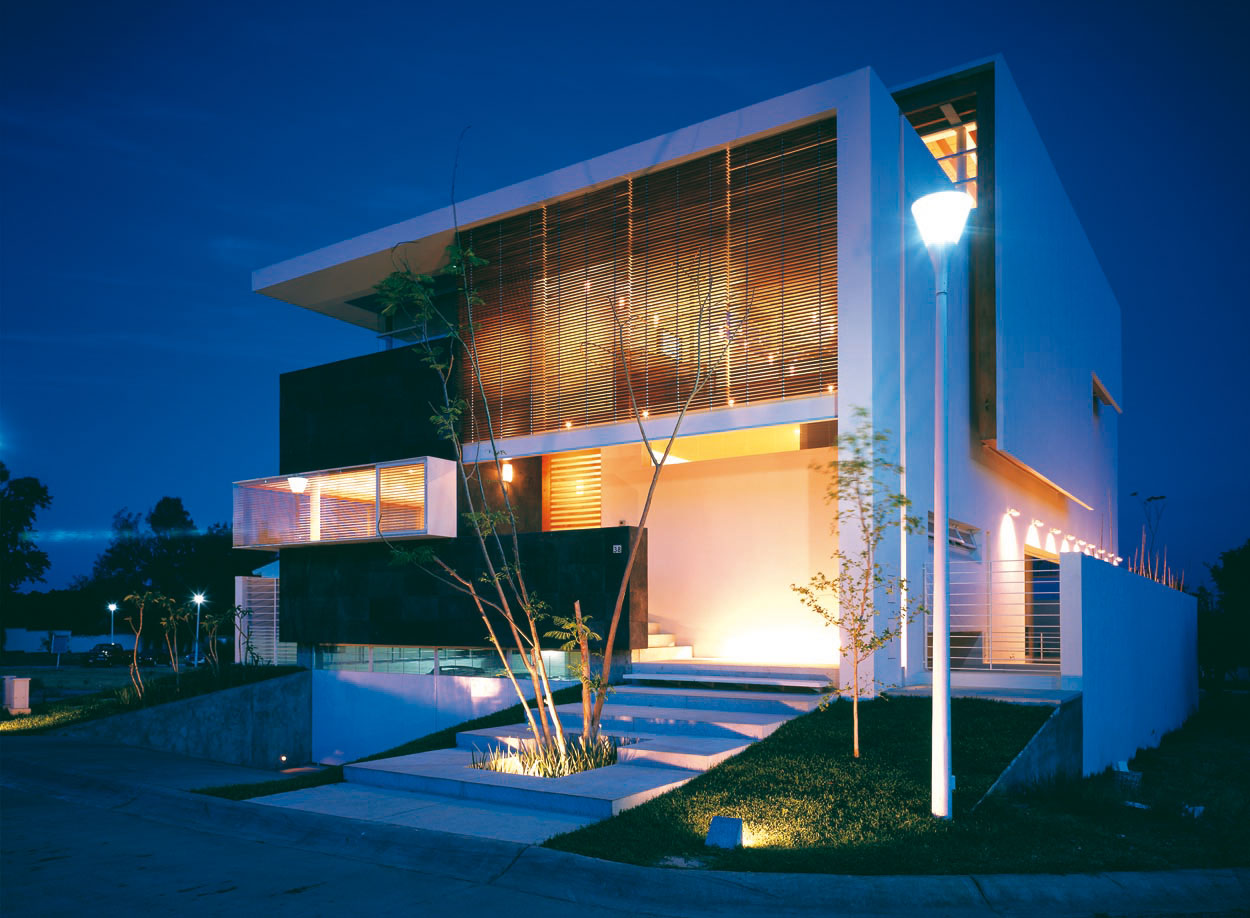 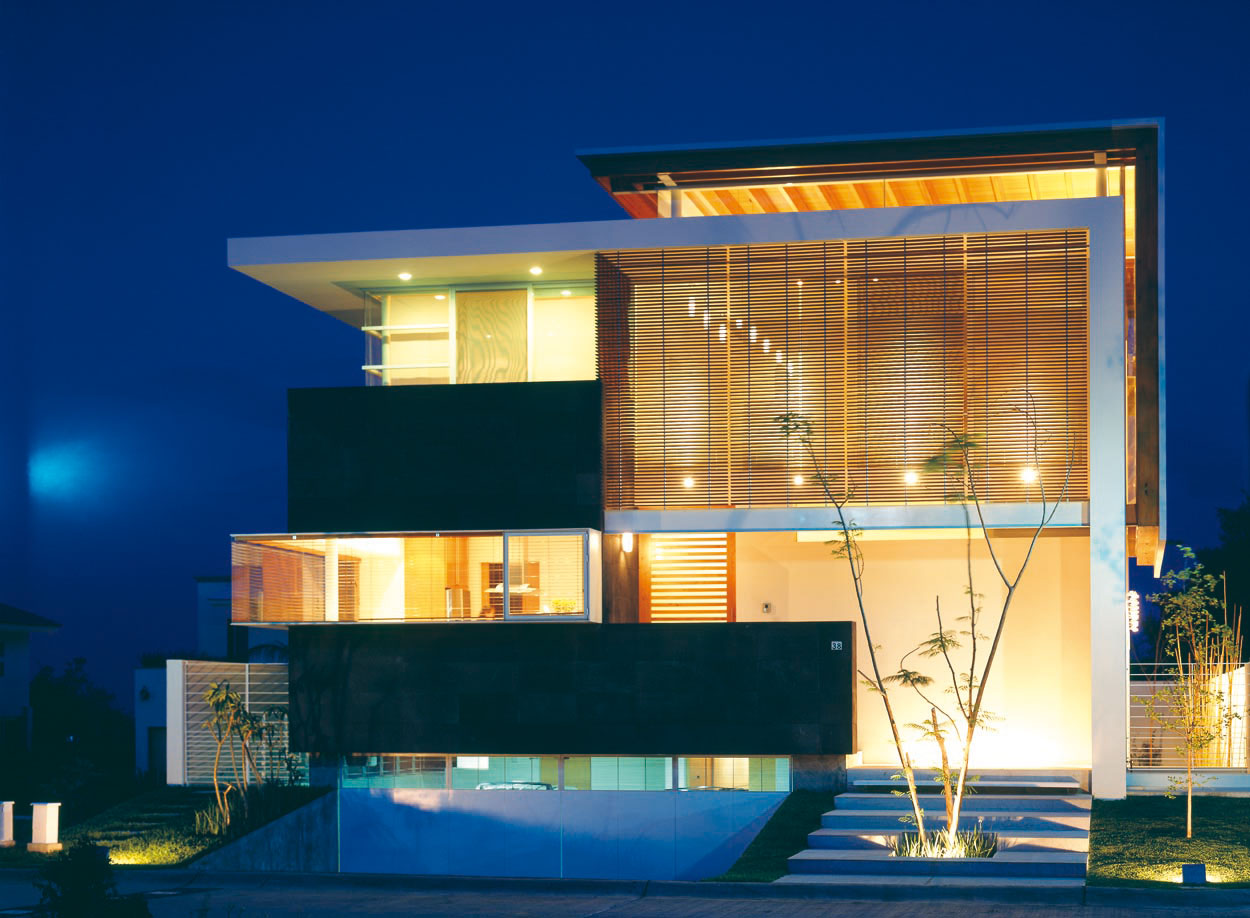 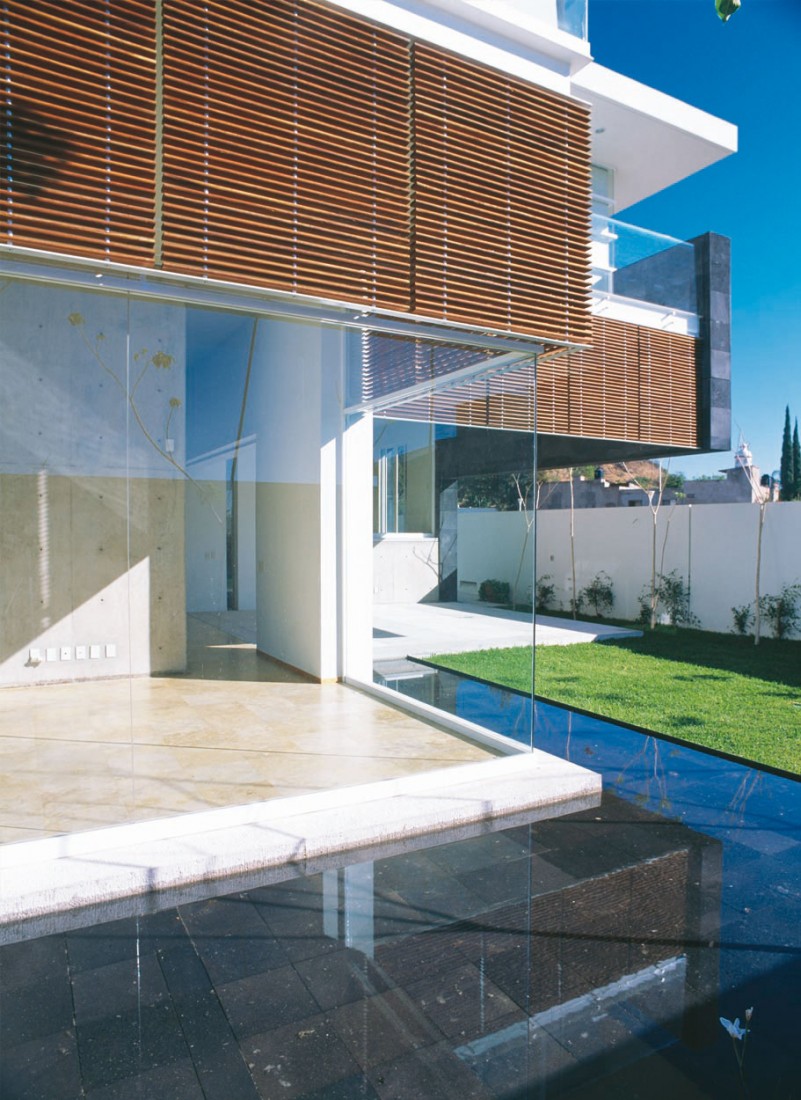 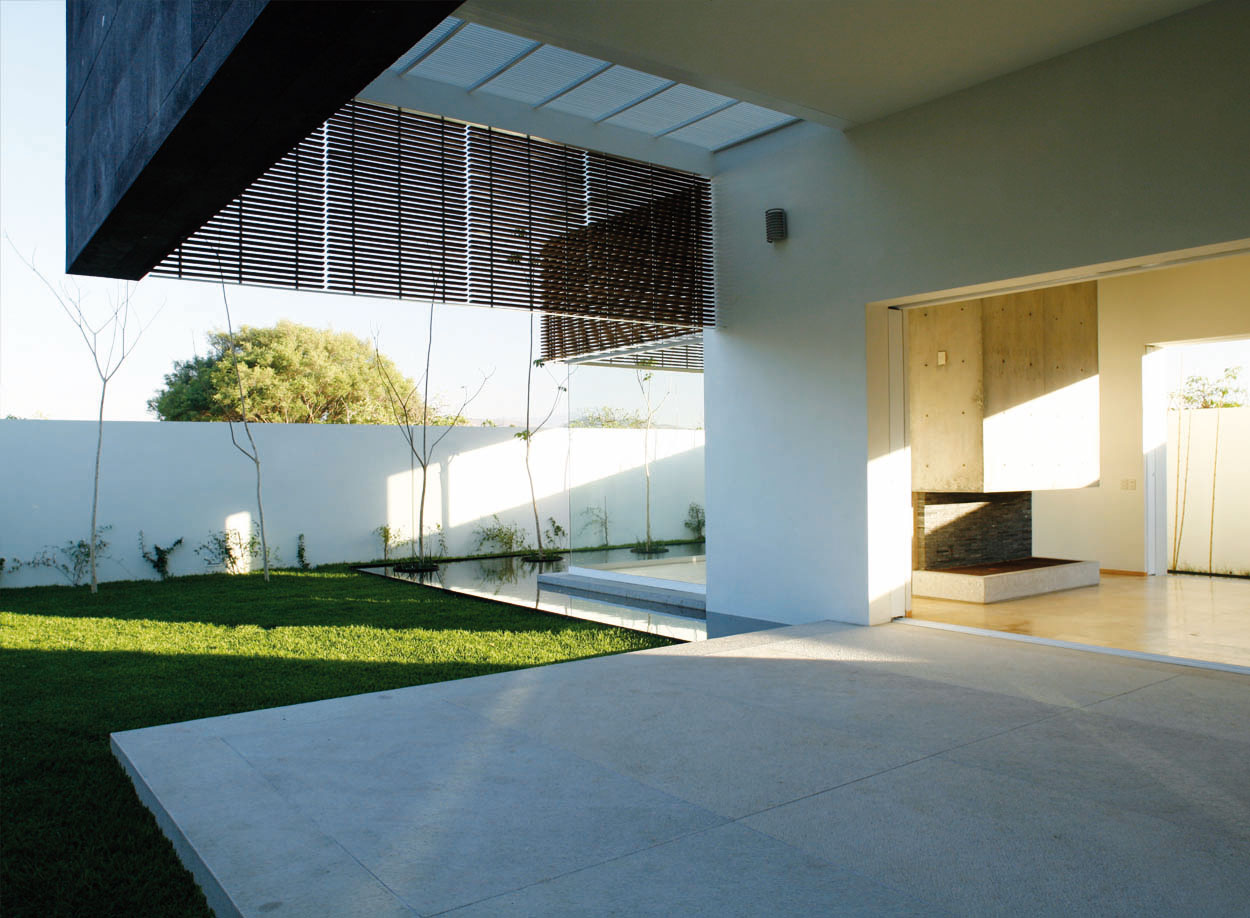 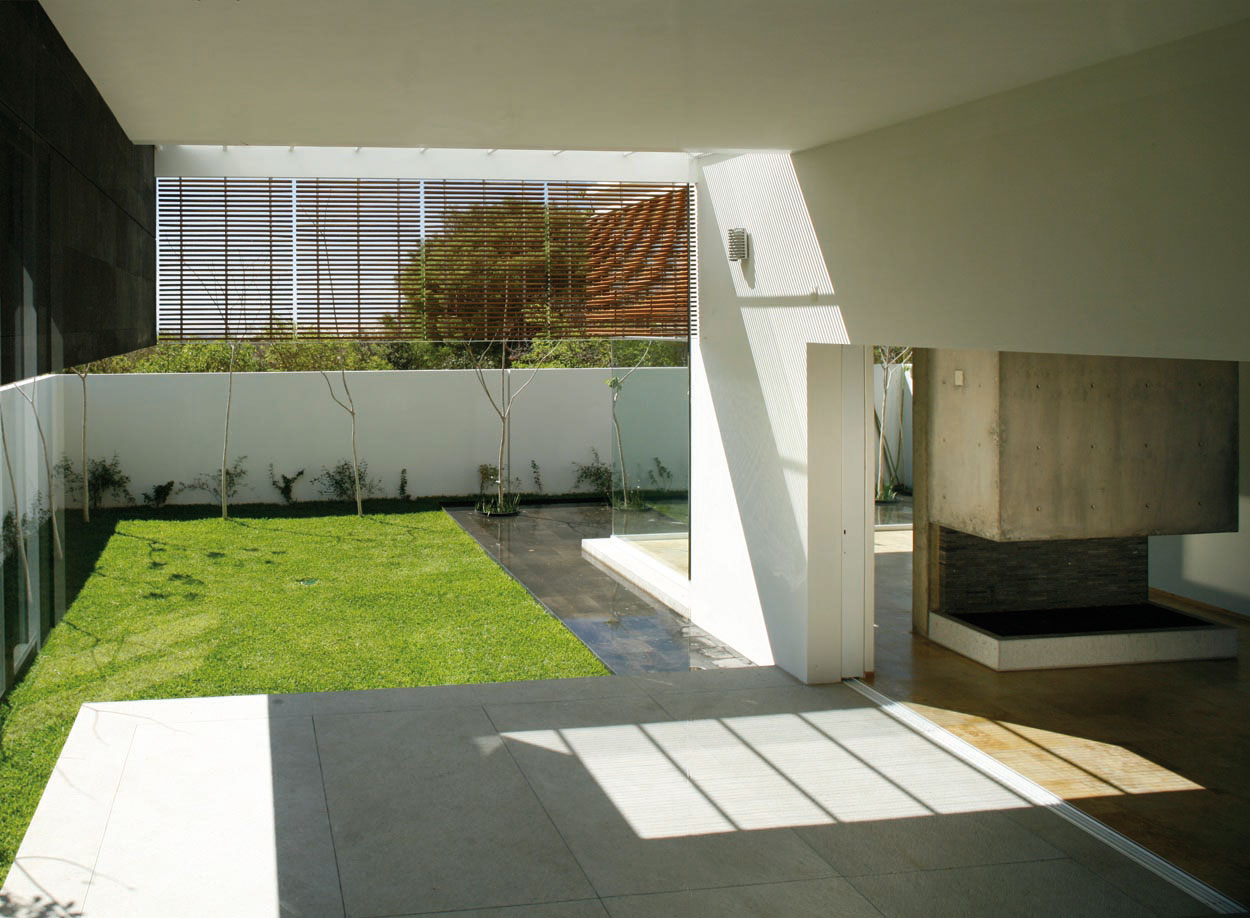 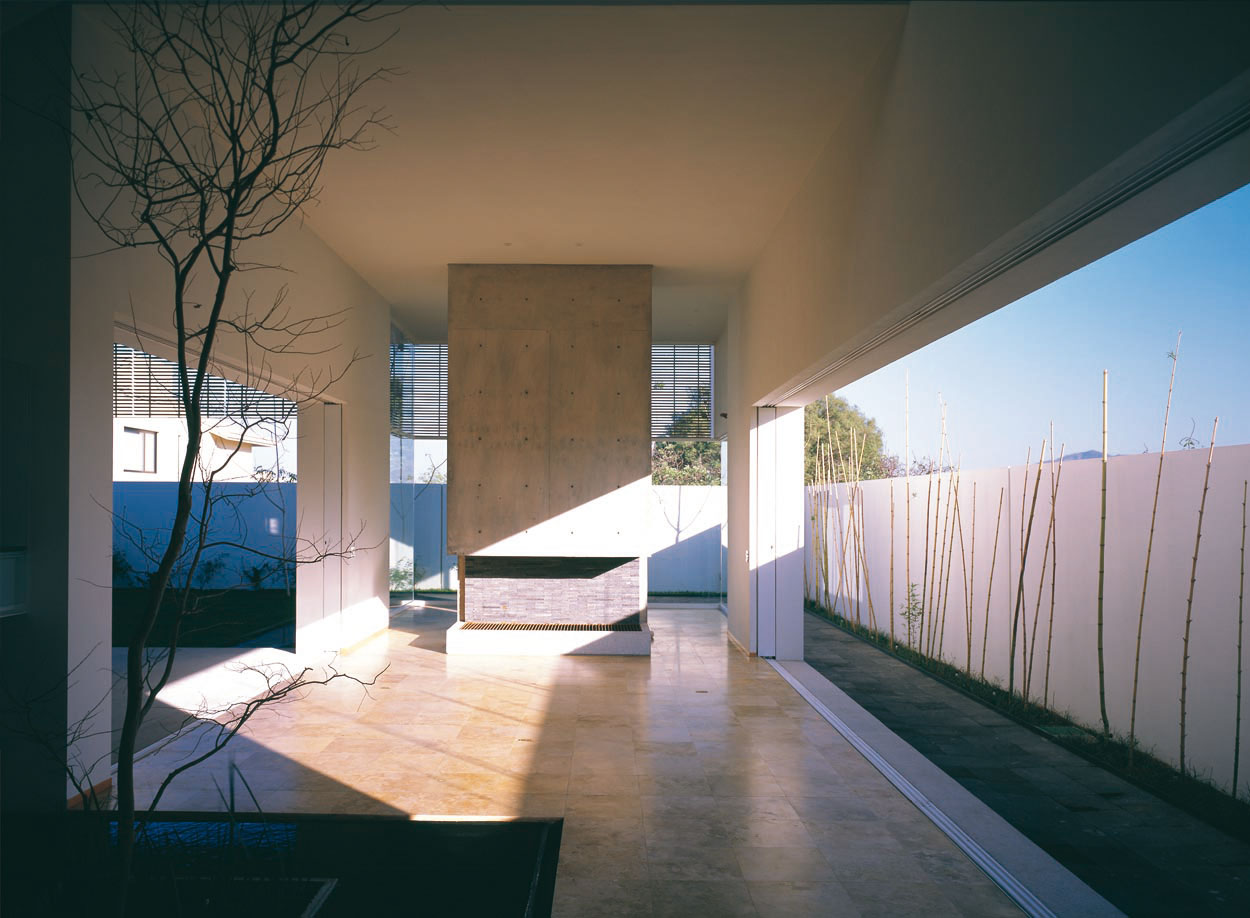 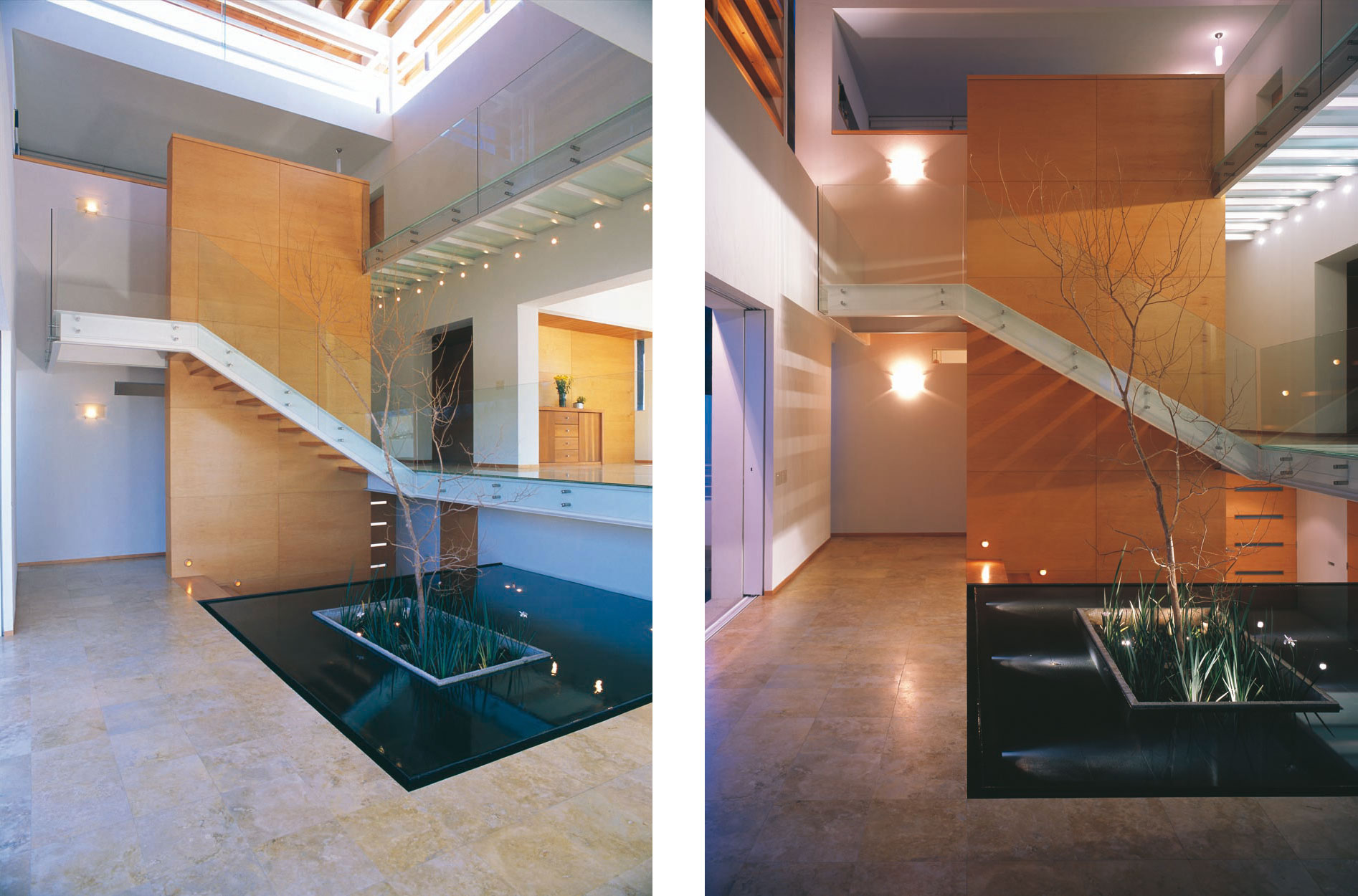 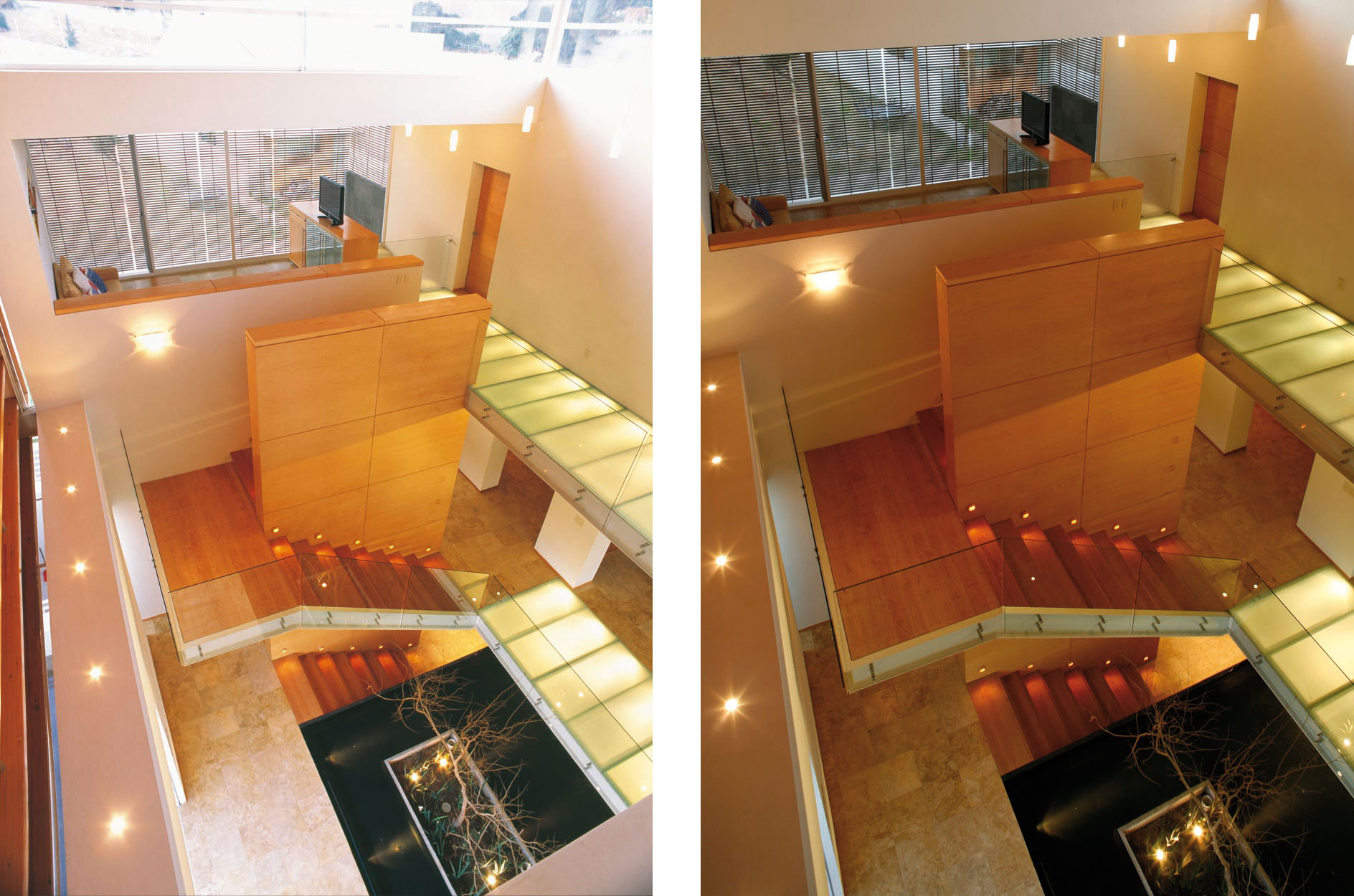 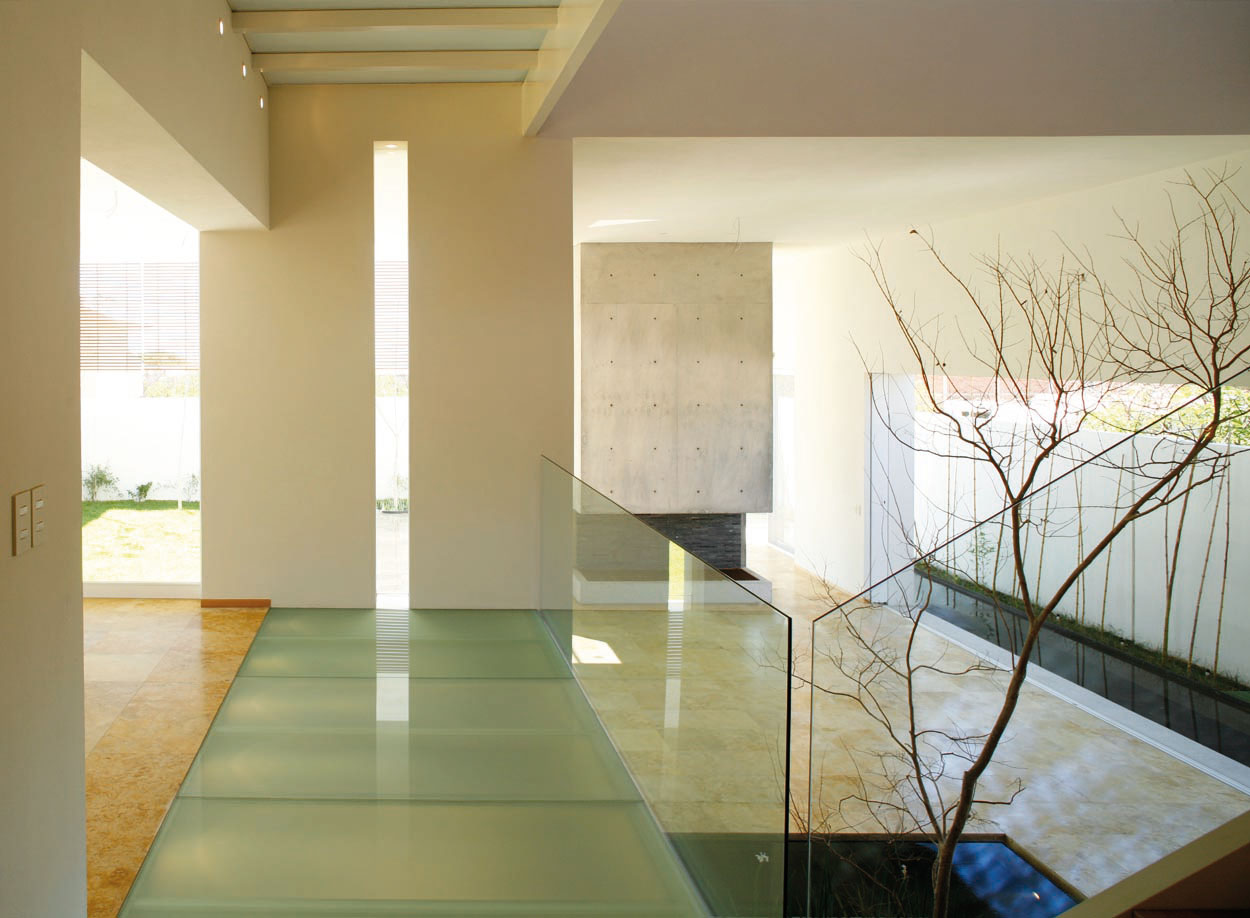 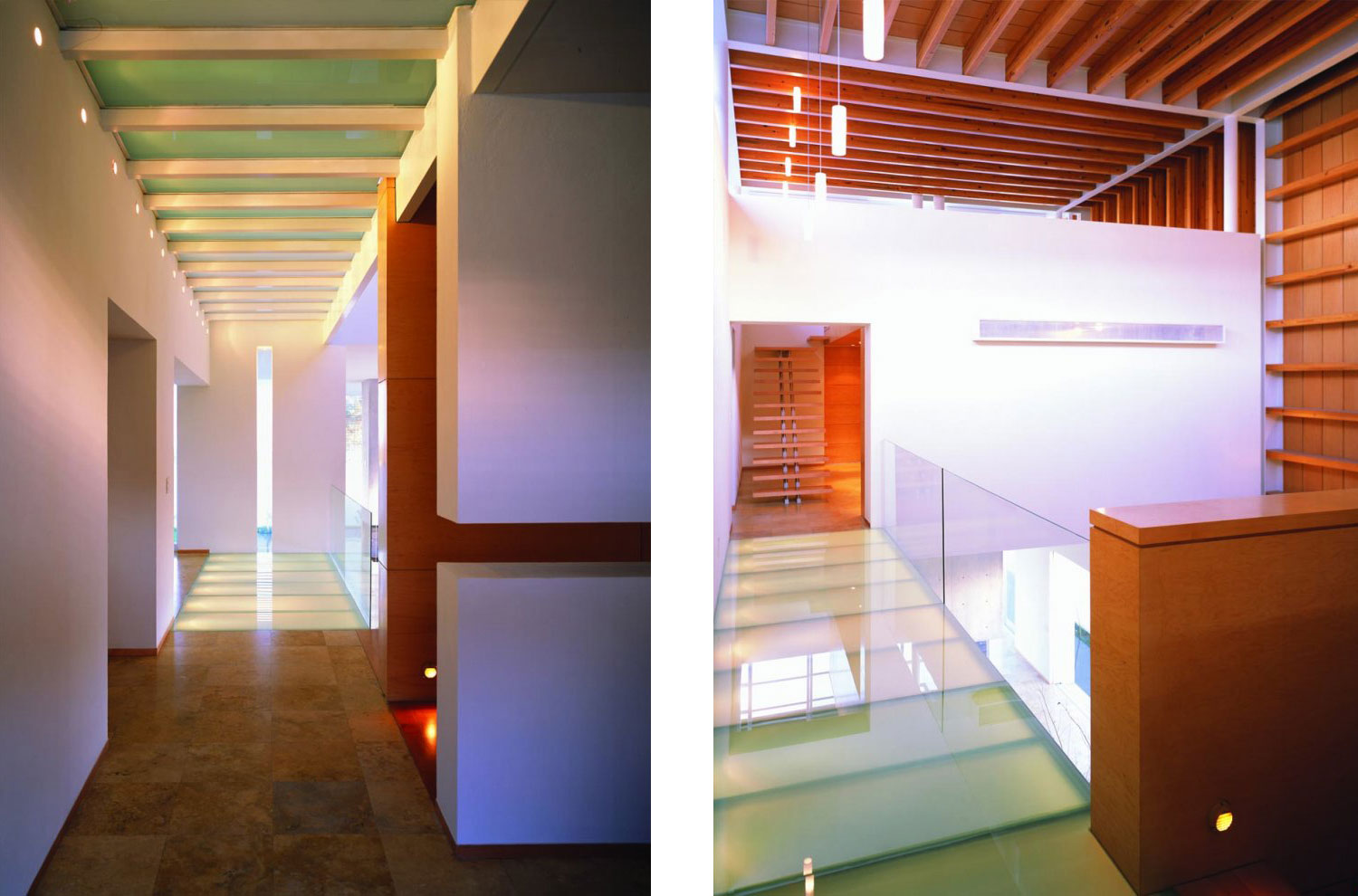 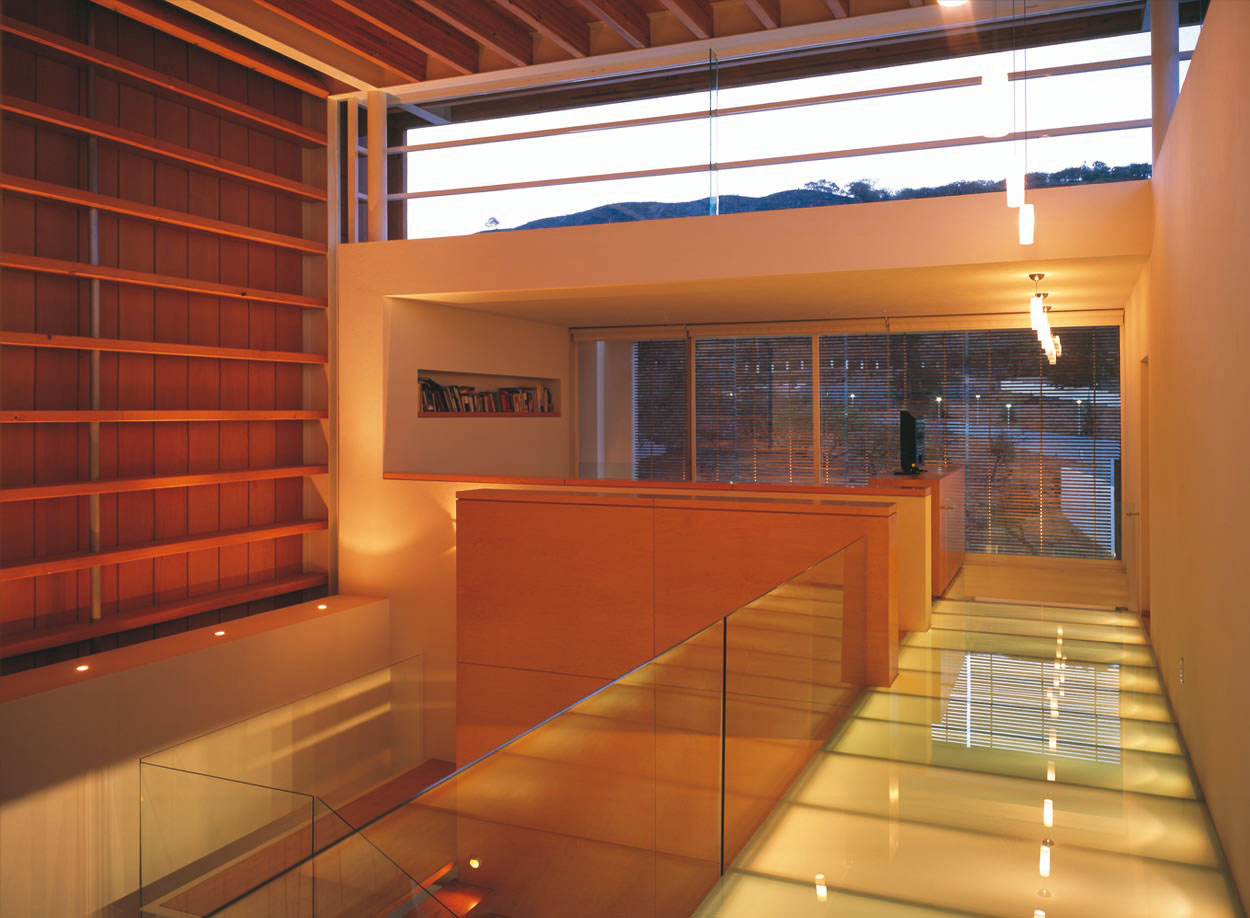 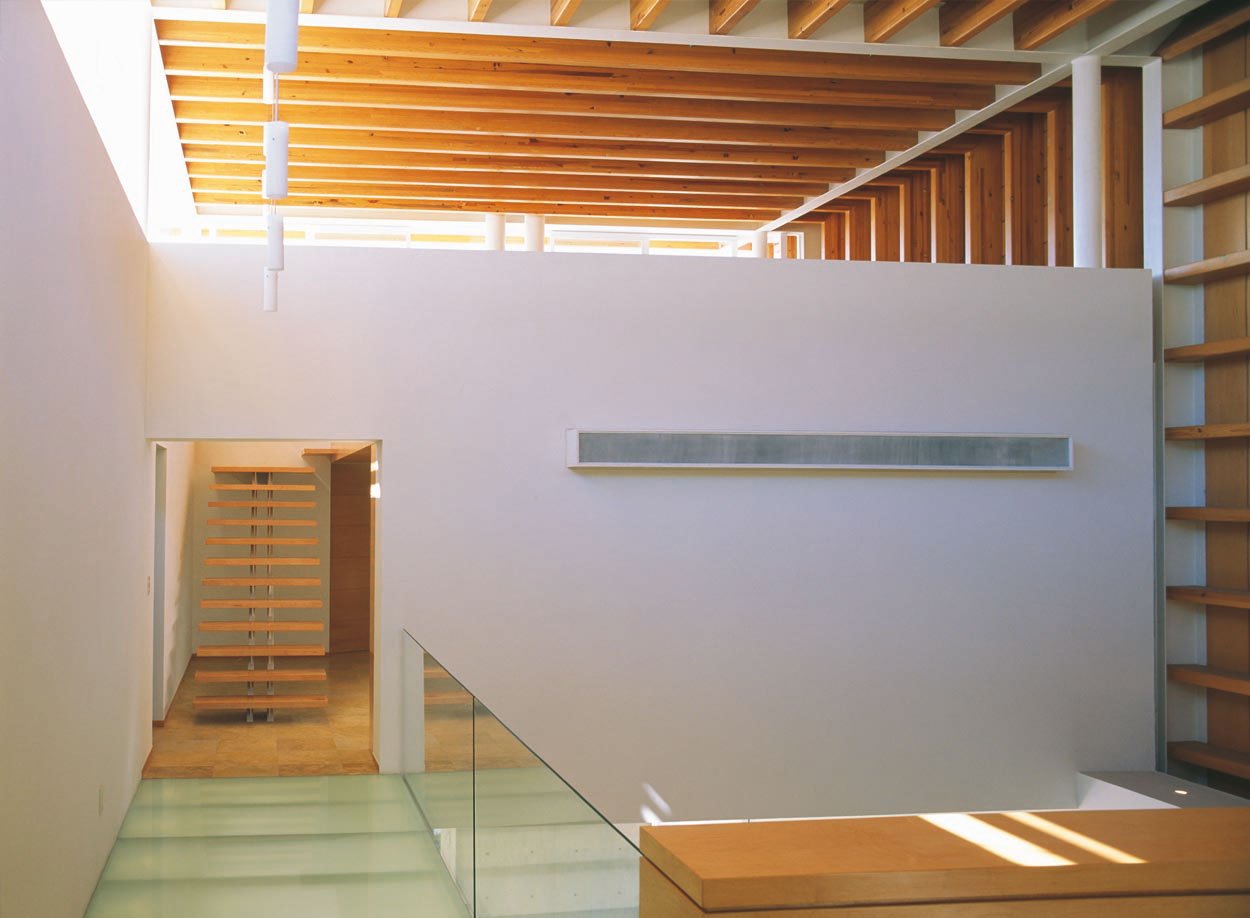 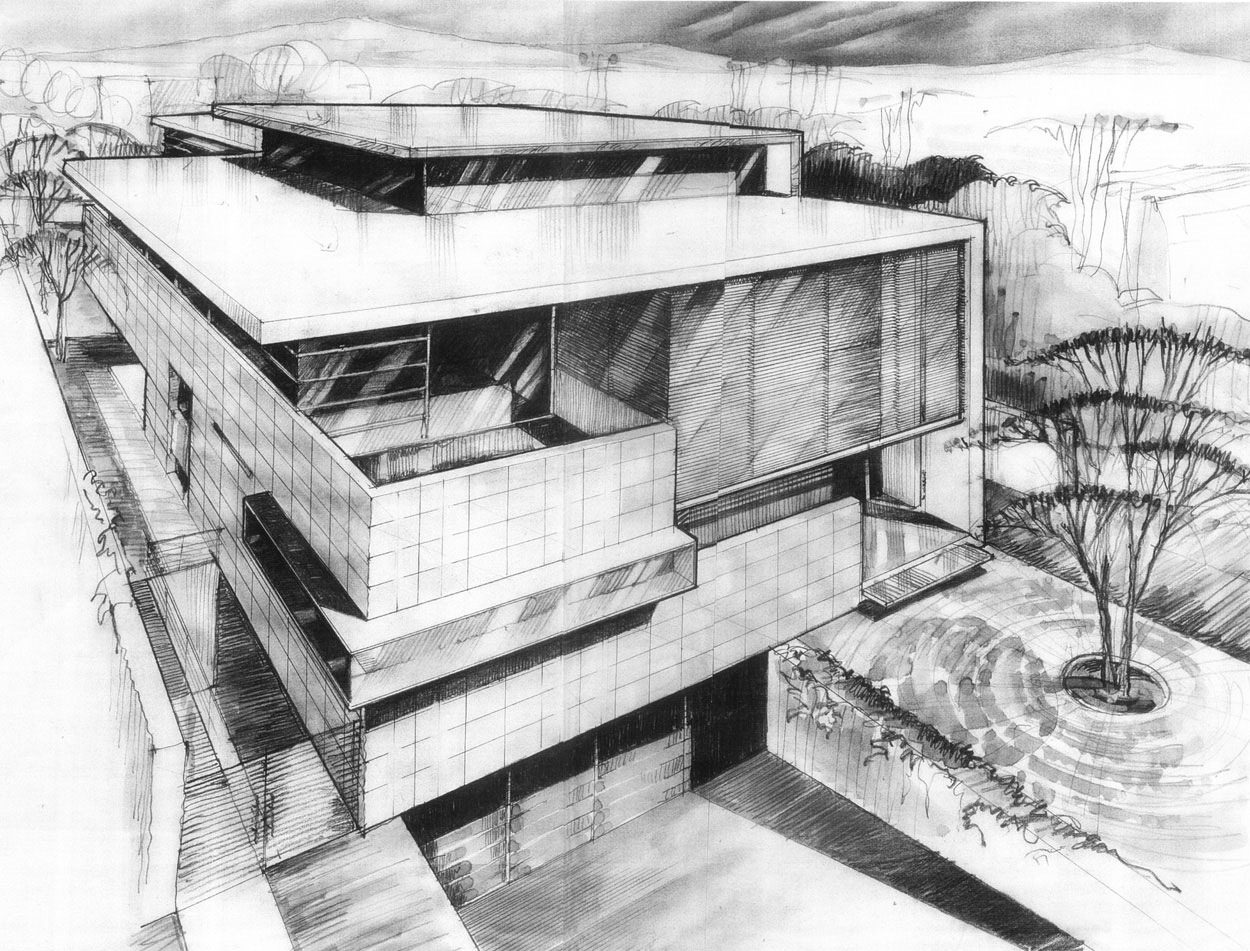 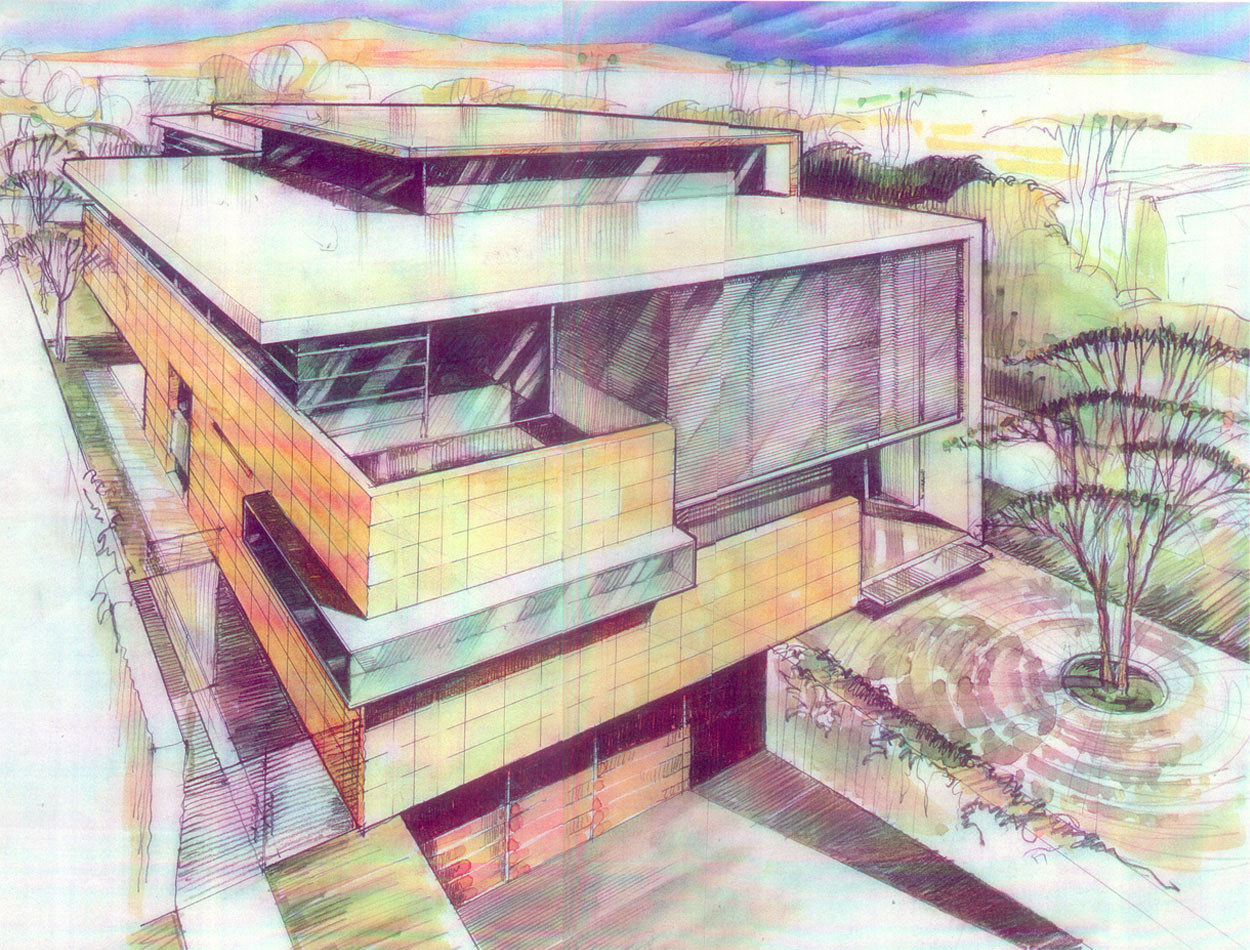 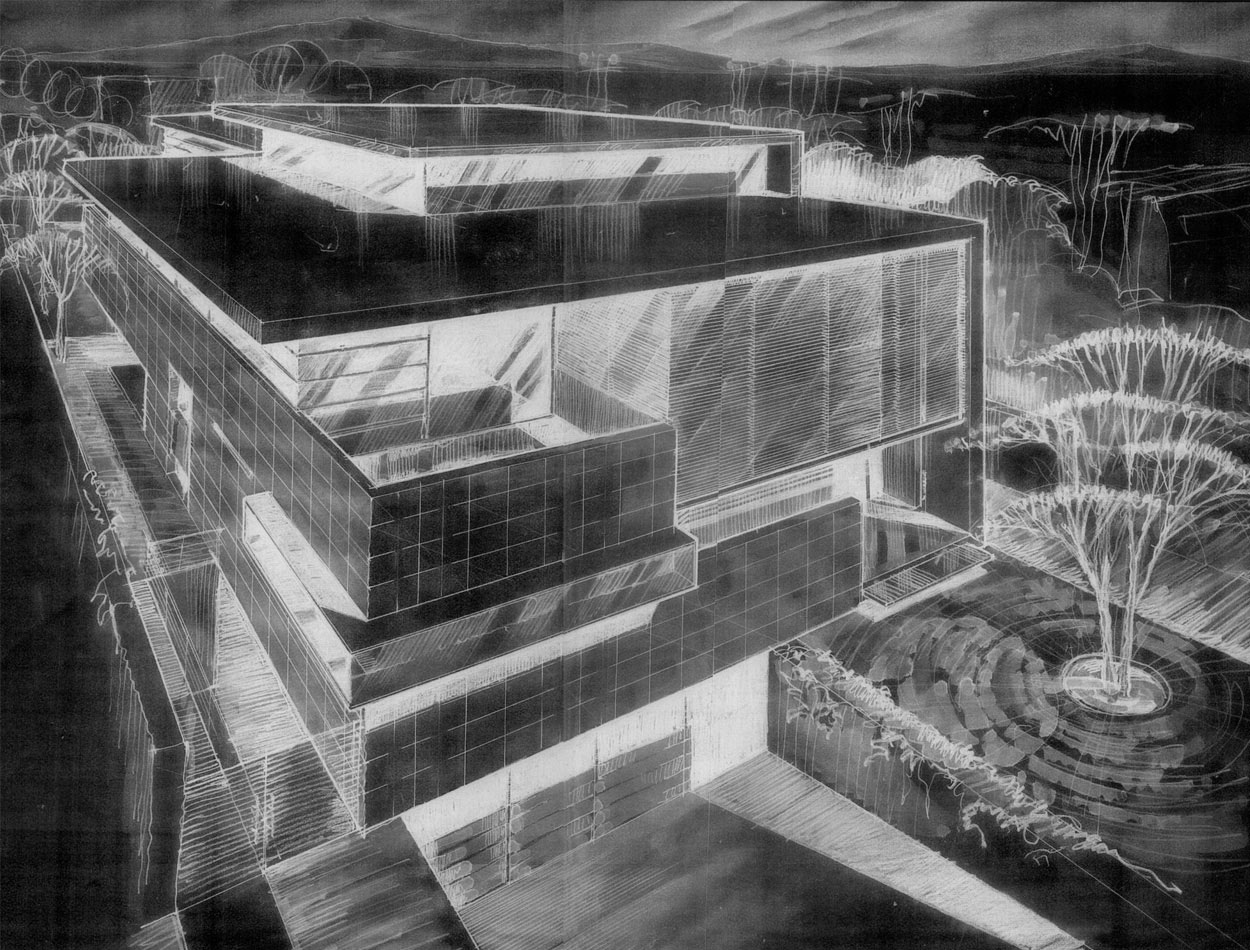 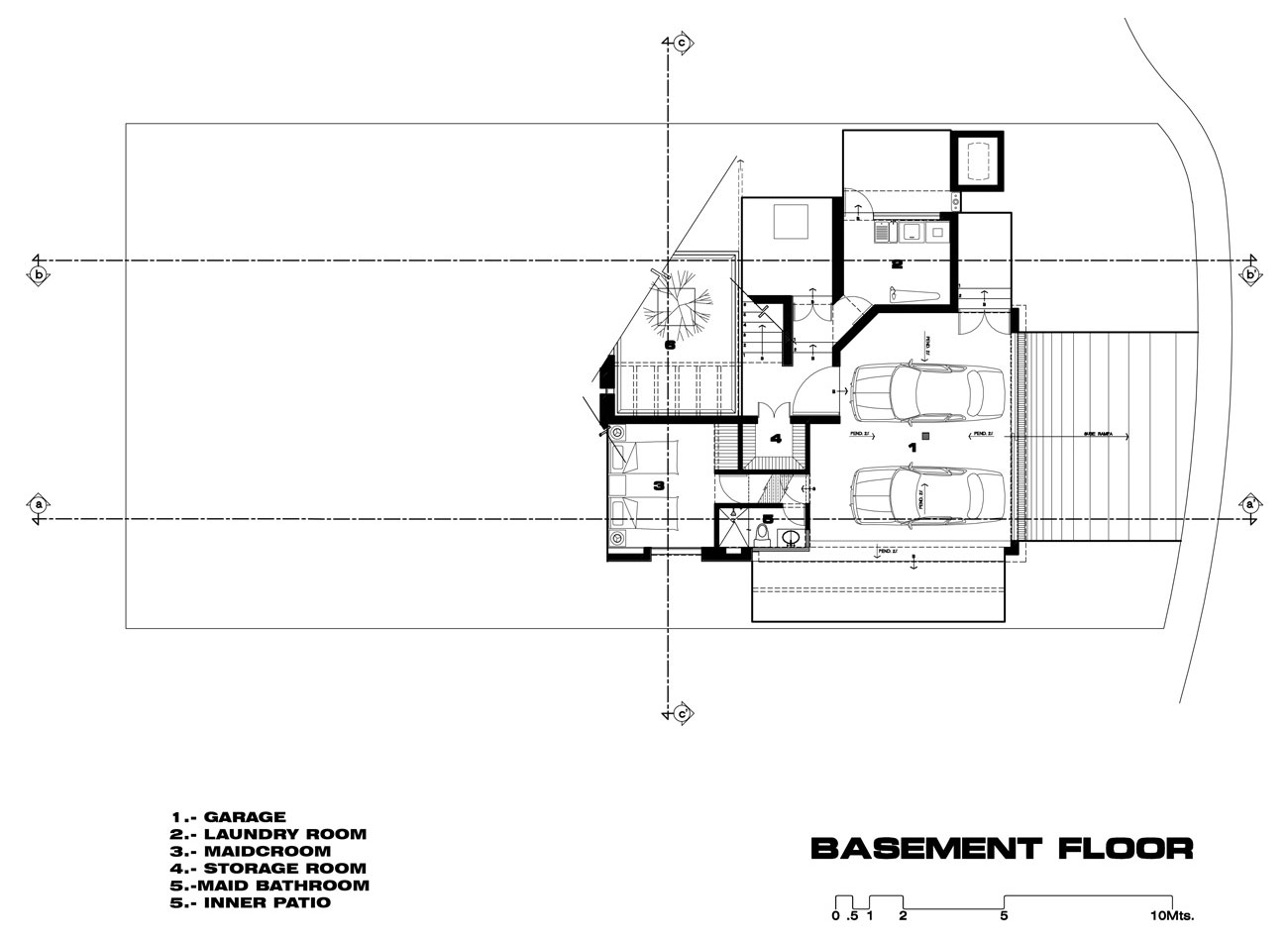 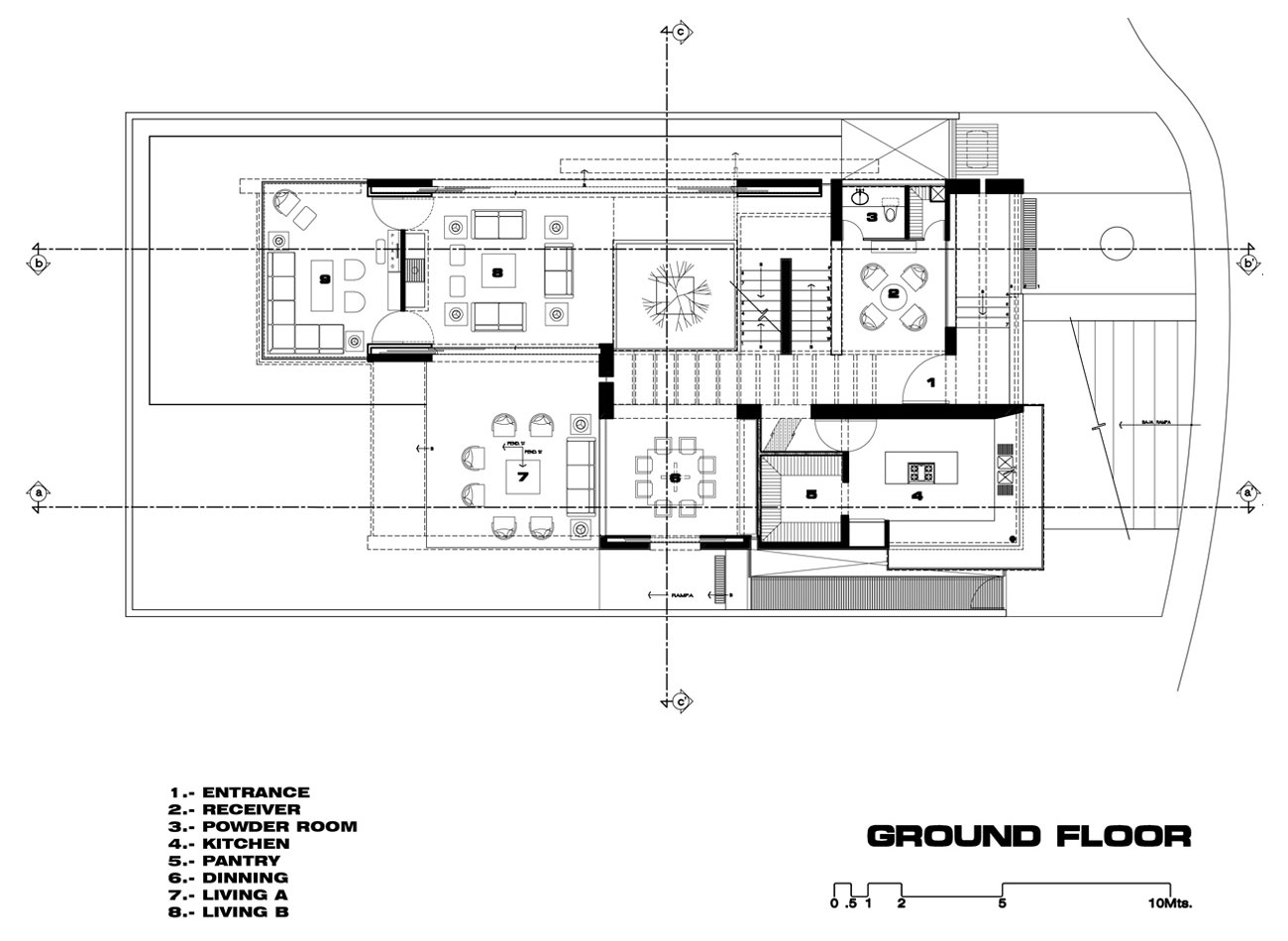 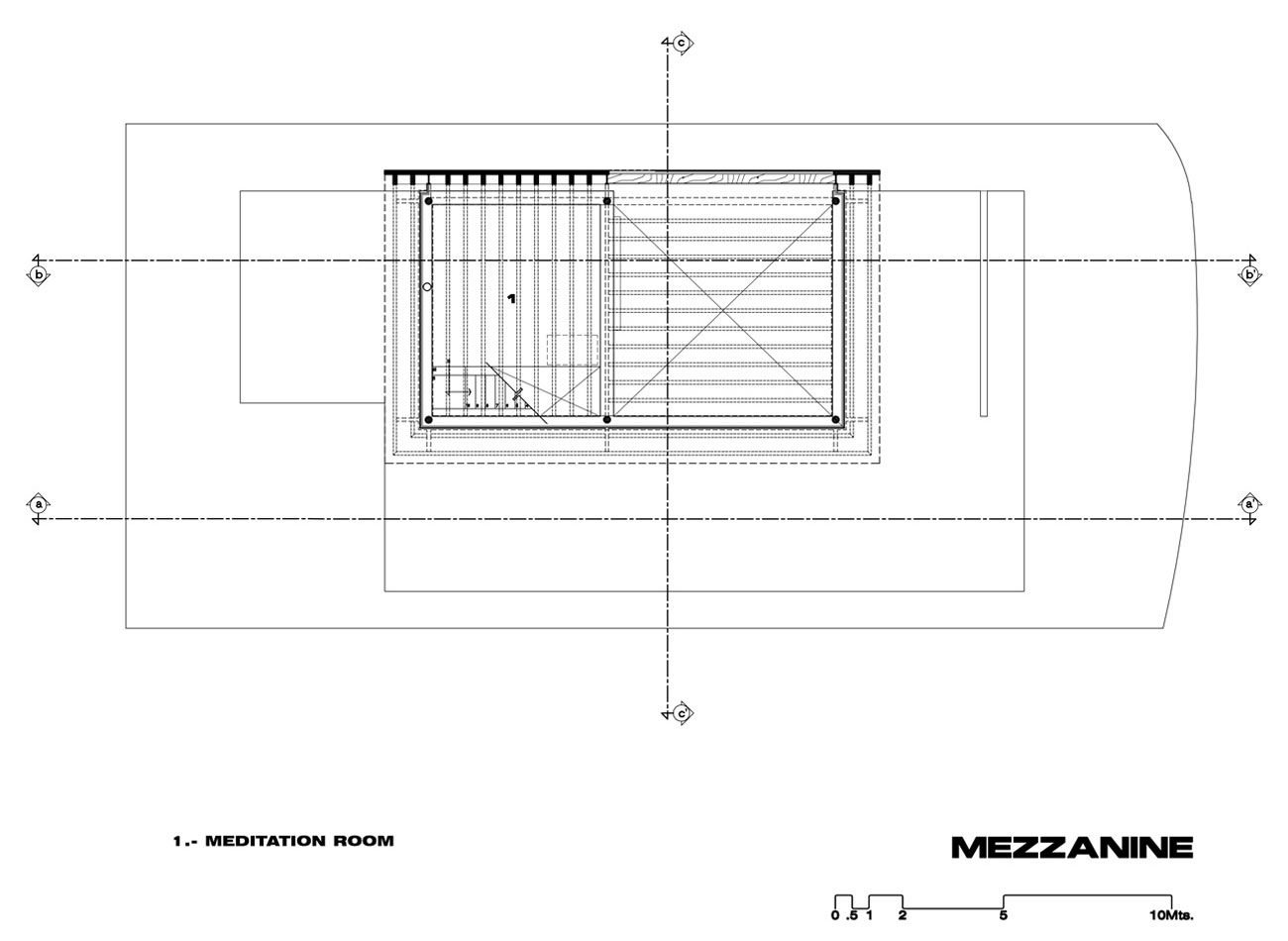 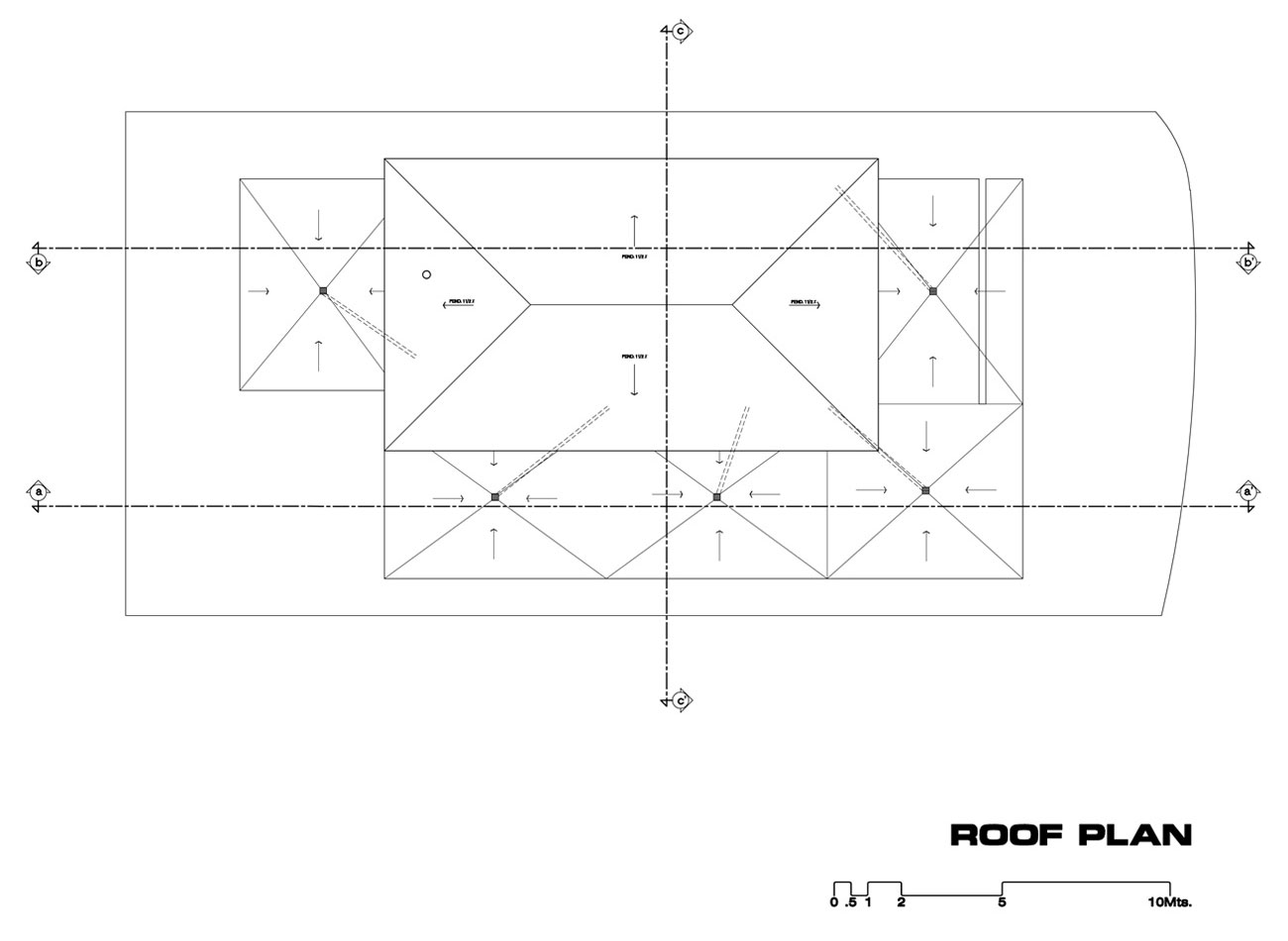 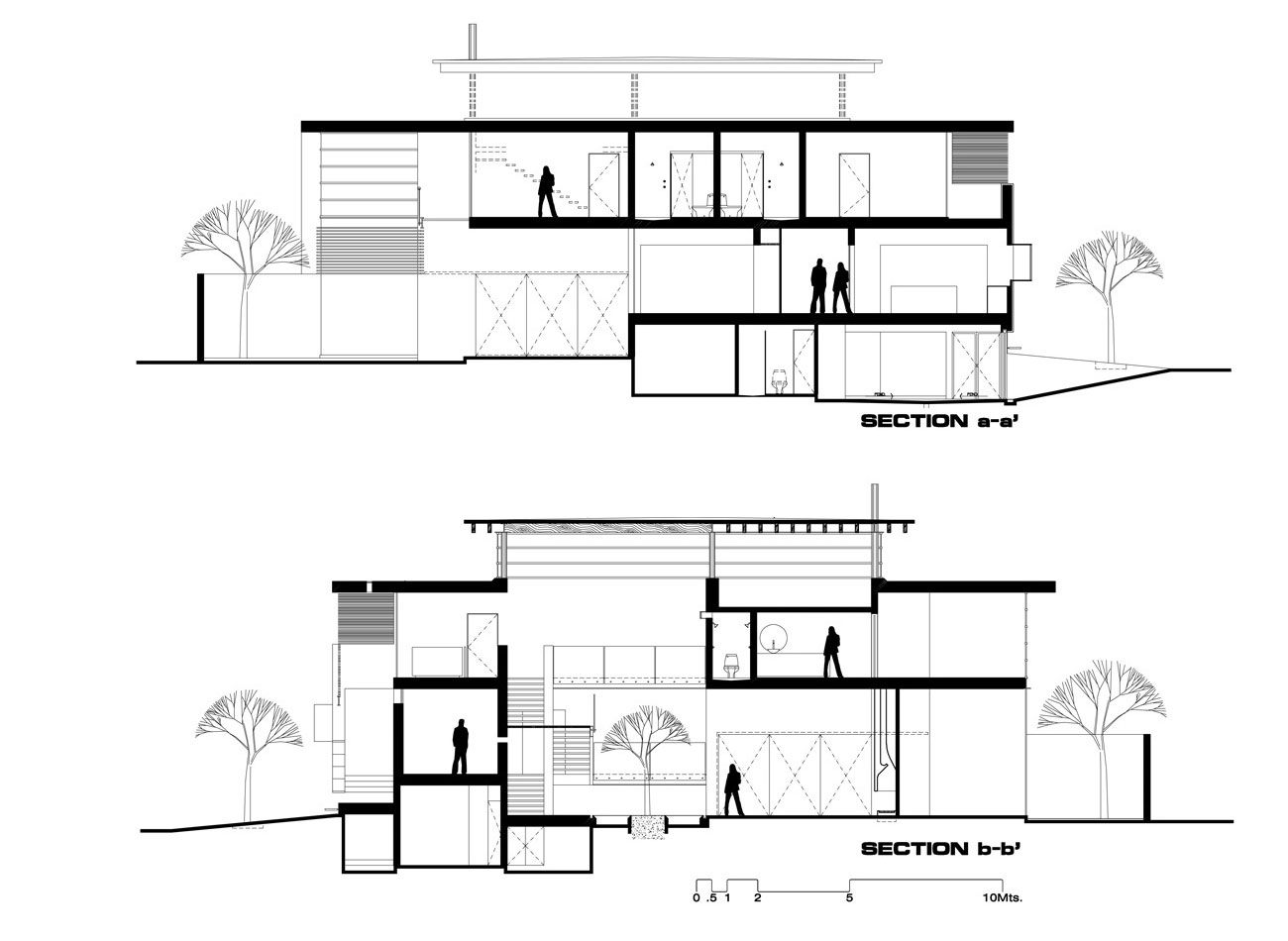 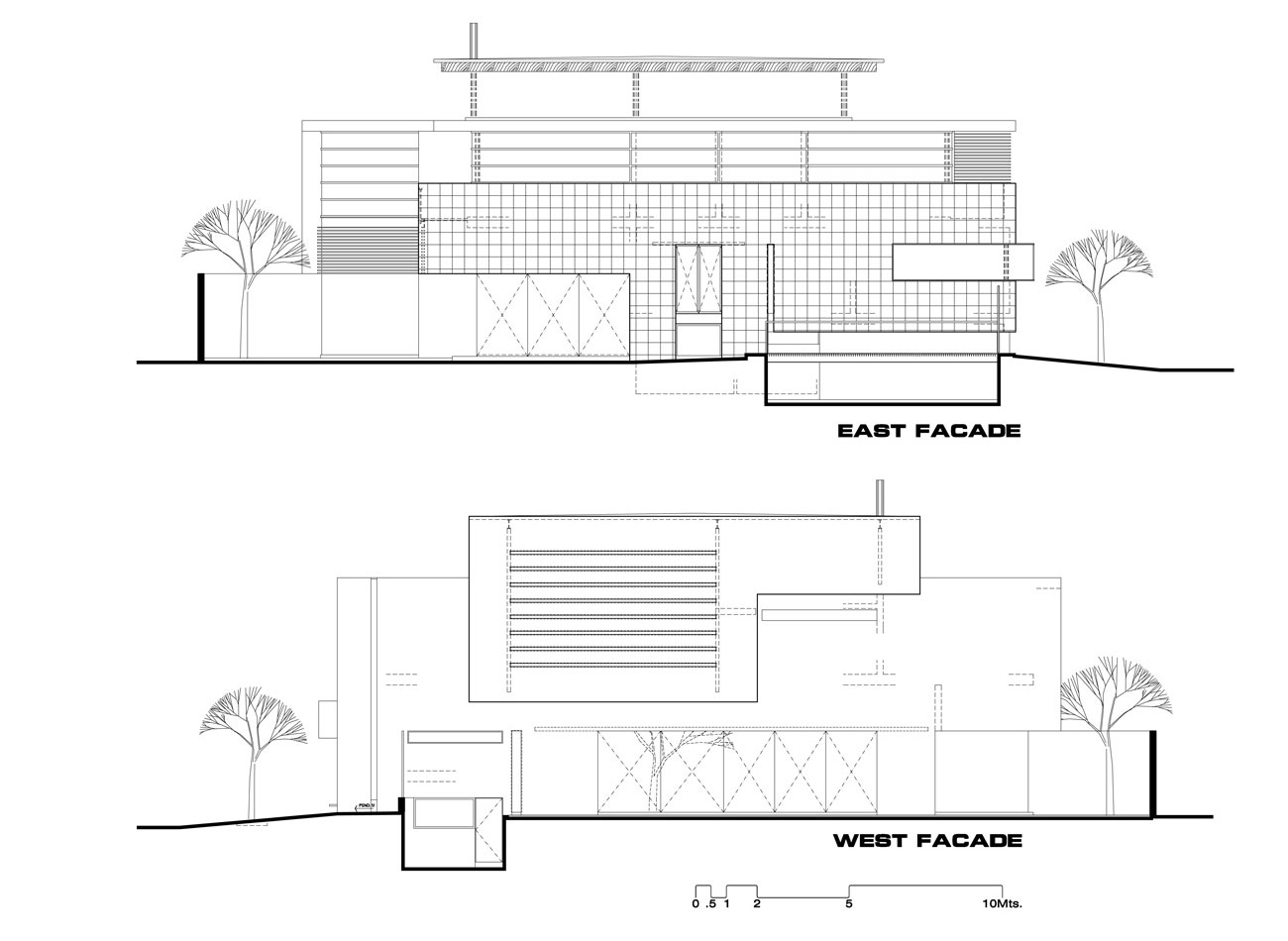 “The project initially parts of a conventional field of the city, with the limitations of the regulations: easements, heights, and densities, and an interesting shift to talk when talking with the customer on the first time: “before I talk about our home need I want to think about the house as  an analogy of space to a piece of music. That is, the path as the evolution of the music sheet that hosts all sorts of feelings, from silence to the din …”

The land has the east at the back and west  at the front street, very close to the Primavera forest’s hill.  With such difficult land orientation and an unconventional customer, experimentation discipline is facilitated requiring that the project seeks to work more on the concept that in a definite style

The project dismembers “the whole” to weave spaces with a multi-directional line that emanates a path that is always dedicated to the light, transparency and a space that always varies in dimensions.

The formal concept is perceived quite literally: a large black box that levitates, wrapped by a squad firmly anchored to the ground and that are linked by a transparent veil, topped with another great bracket that blends with the solid, but with the perception of weightlessness

The house is closed to the outside and open to its privacy by taking advantage of different spatial relationships thanks to the different levels of the project.

The house parts are born from the optimization of the outside areas that is why car park and services are located in a half level under the street, which also allows for an additional half platform that generates almost double height spaces. By placing the second floor in a single plane, leaving some empty spaces, the space flows from the first level to the back cover.

The structure of the work uses heavy materials in its base that become lighter when higher, foundations and walls are raw concrete, emanating from the soil formed by white and smooth walls.

All rooms are linked by two circulations that cross over the large container, attached to a big void. These circulations are transparent allowing the light distribution to all areas.

In the entrance from the street there is a very vertical double plane space that allows an air cushion to temper the heat of the west and separate the street, a closed living that shelters the visitor and takes him to find the house little by little where the space dimension increases and deepens according to the path until finishing in the center that becomes the “allegro with brio” or even the tearing voice of a “grunge” piece, here the space has been torn in all directions: vegetation, concrete, glass, wood, lava stone, iron and water. The space deviates emphasizing to penetrate the midpoint of the gap, trying that the user becomes a central viewer involved in different transparencies, textures and materials.

The two horizontal circulations are interconnected by a staircase located in the large central void and affixed to the reverse of what usually is used to form a balcony that allows sight between the vegetation inside to the bottom of the field.

Connection auto-home is the most recurring of the entrances, which is working with the same dignity of pedestrian access; it uses the same central area creating a path emerging from the ground and is caught by the central pond.

The city of Guadalajara, particularly in the house area, the weather is generous most of the year, the terraces are undoubtedly the most comfortable space, the house has the flexibility to become a large terrace of great height, windows linked to central space, room and terrace, are hidden to open to the outside by a pond vegetation (central) and one temporal (outside). This allows the terrace to interrelate without any obstacles to the garden.

Kitchen and dining room are linked to entrance level; the first is located towards the street with an output window of the facade which extends the internal perspective, the second looks over the terrace and the central area, receiving natural air from the side garden.

The entire second level is connected by a single bridge topped by a subtle translucent staircase that leads to the top level which is the meditation room, working as a large gazebo on the hill, creating an atmosphere conducive to reflection.”