House Cal was designed by Nico van der Meulen and is located in South Africa.

The home is sleek and stylish, with glossy surfaces and warm colors. 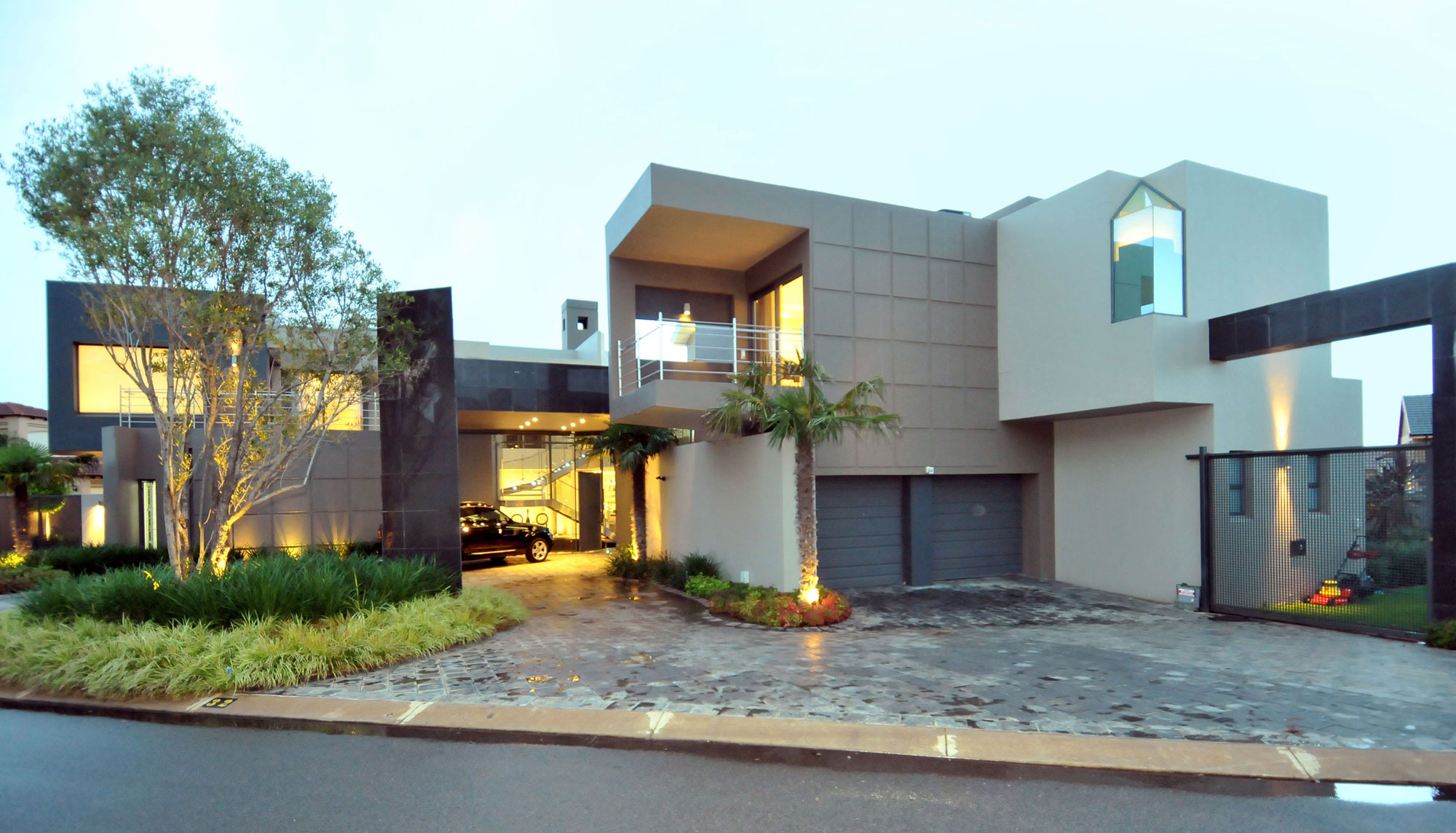 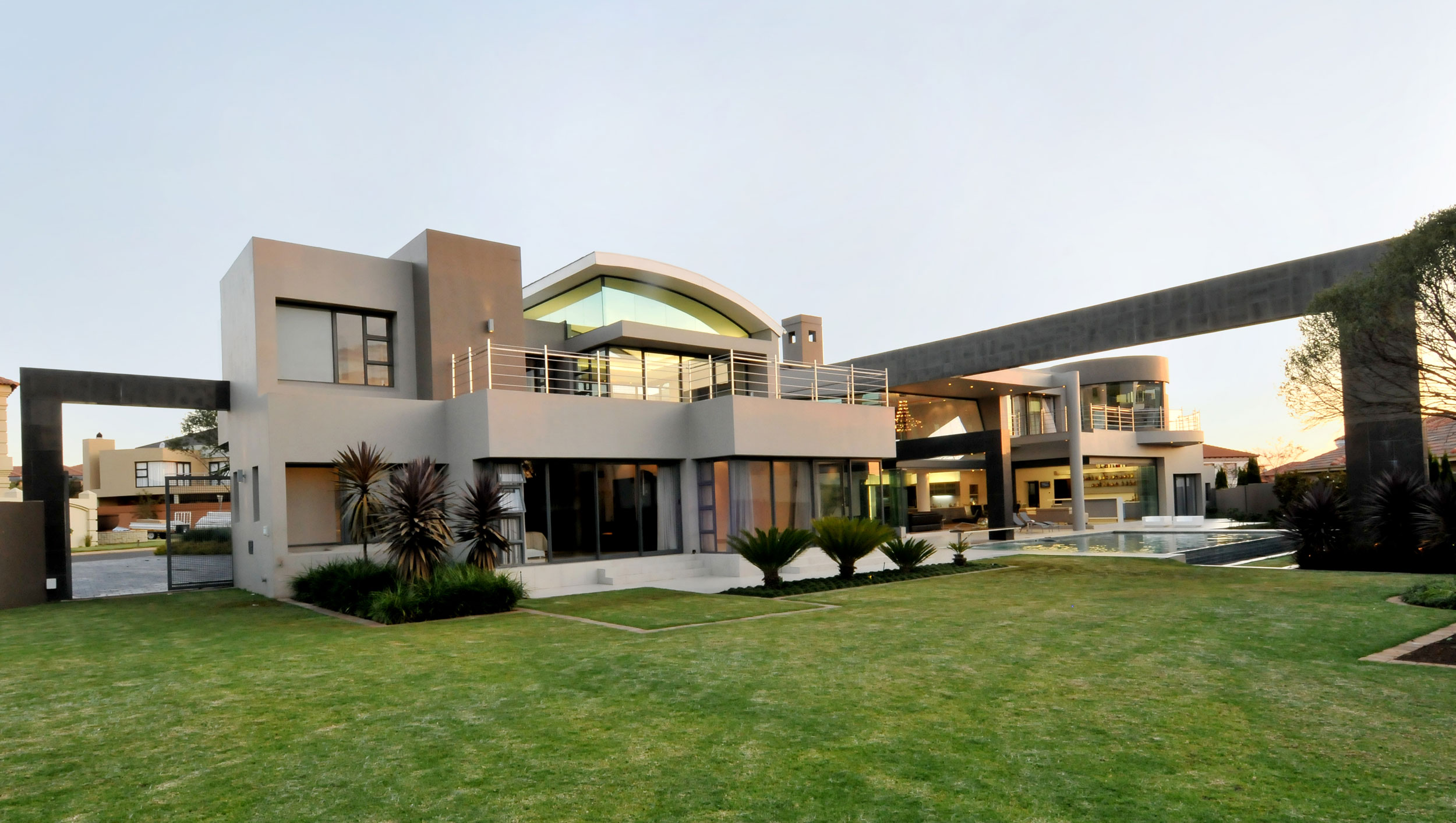 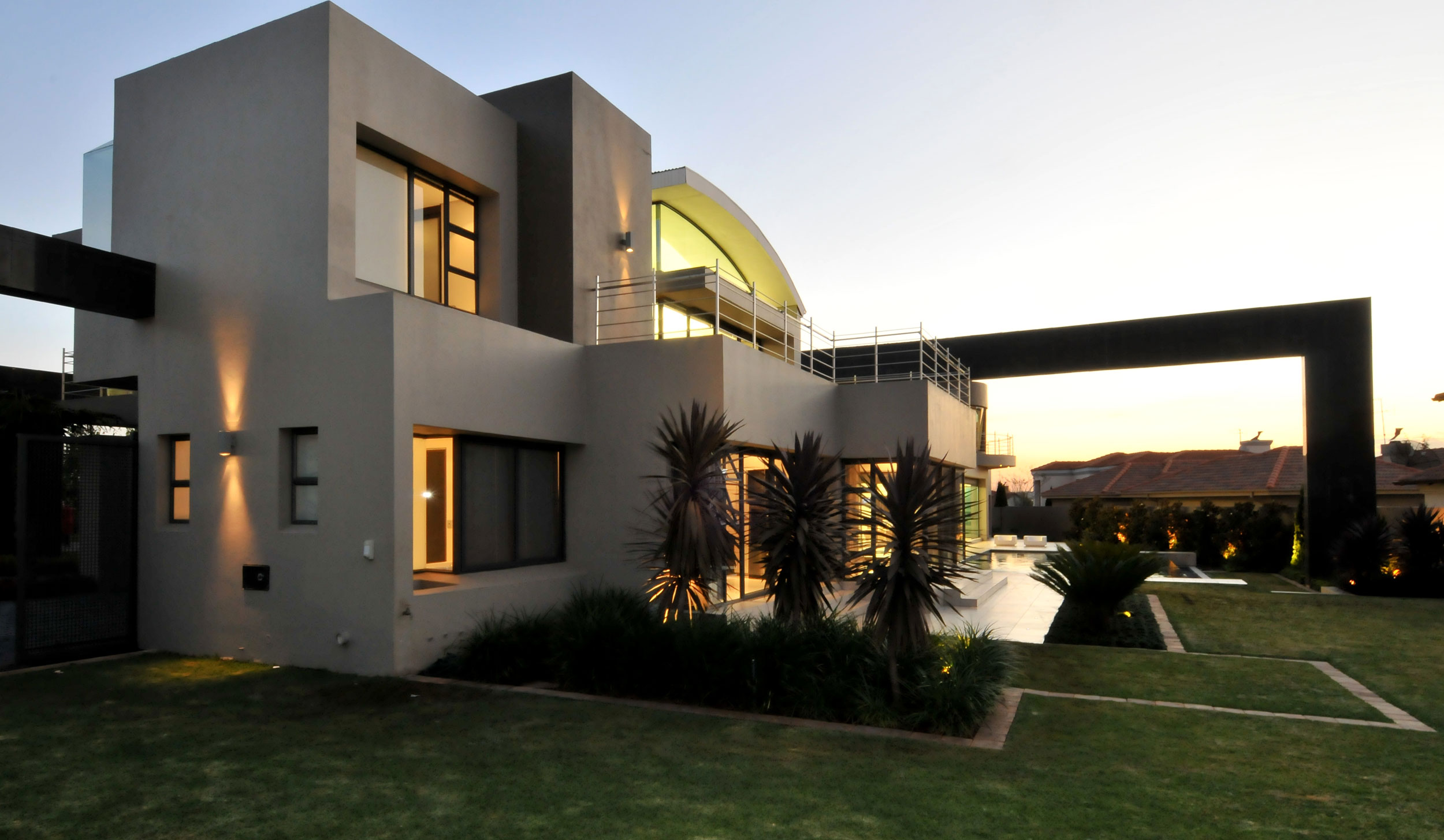 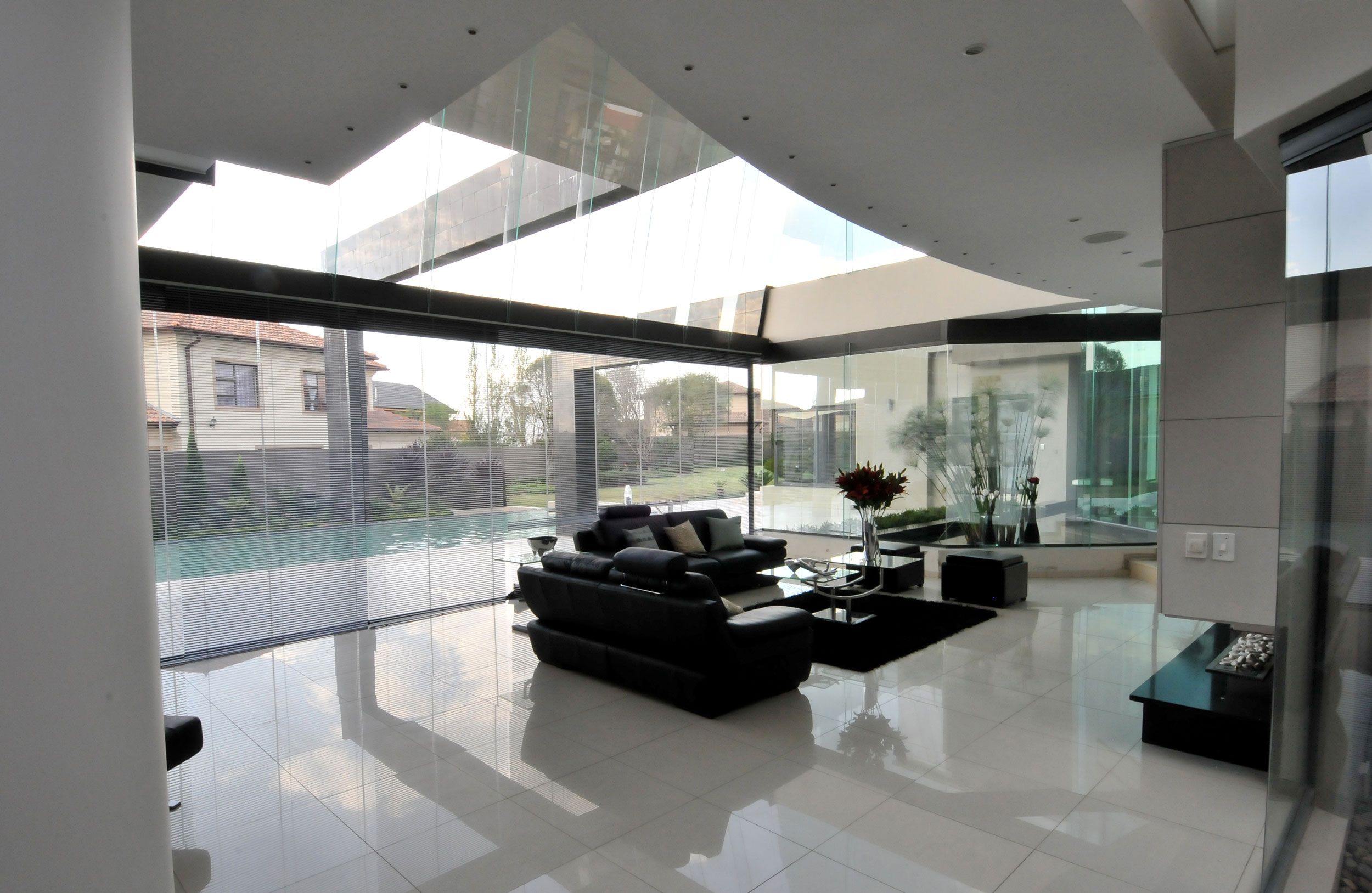 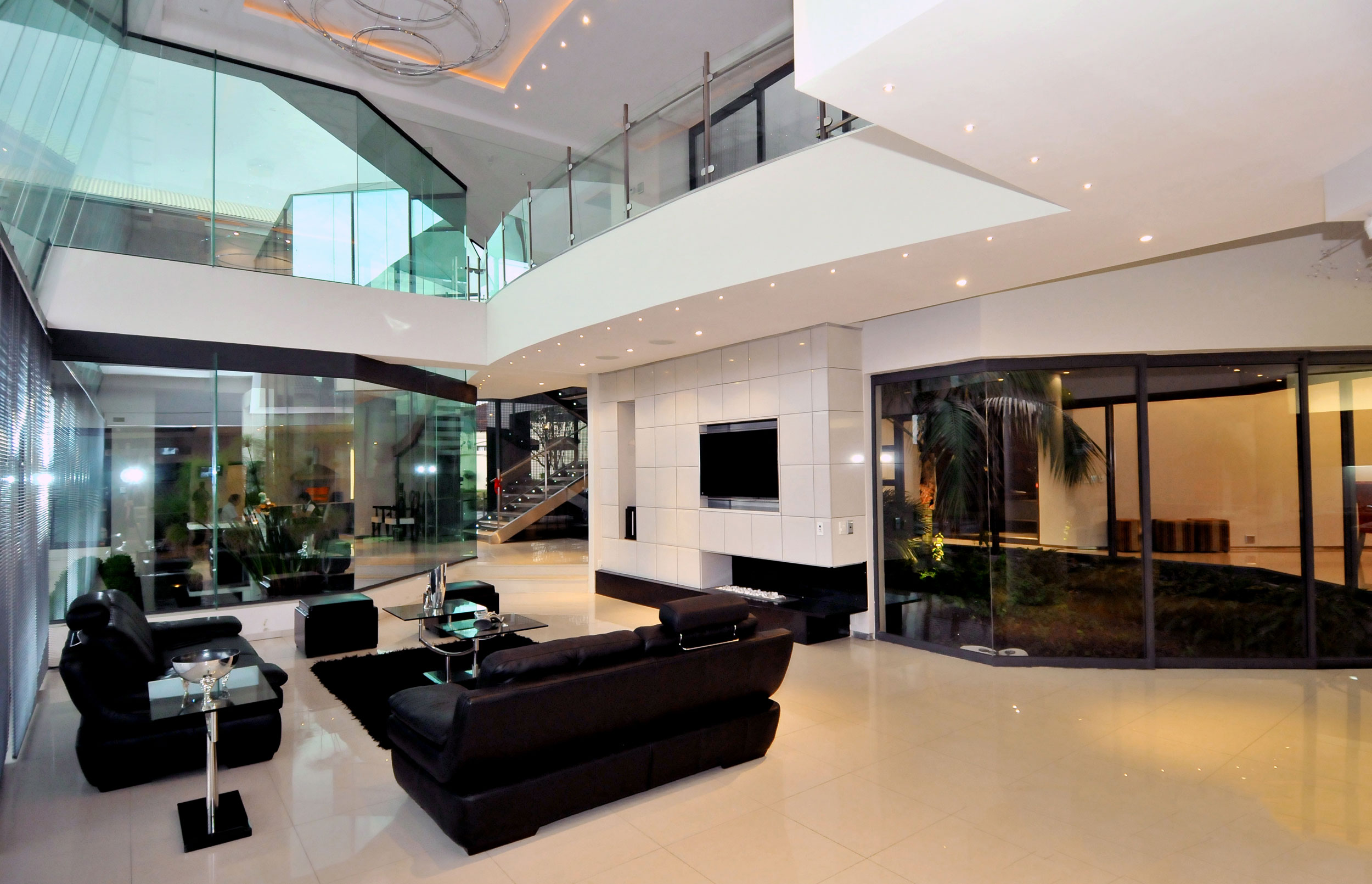 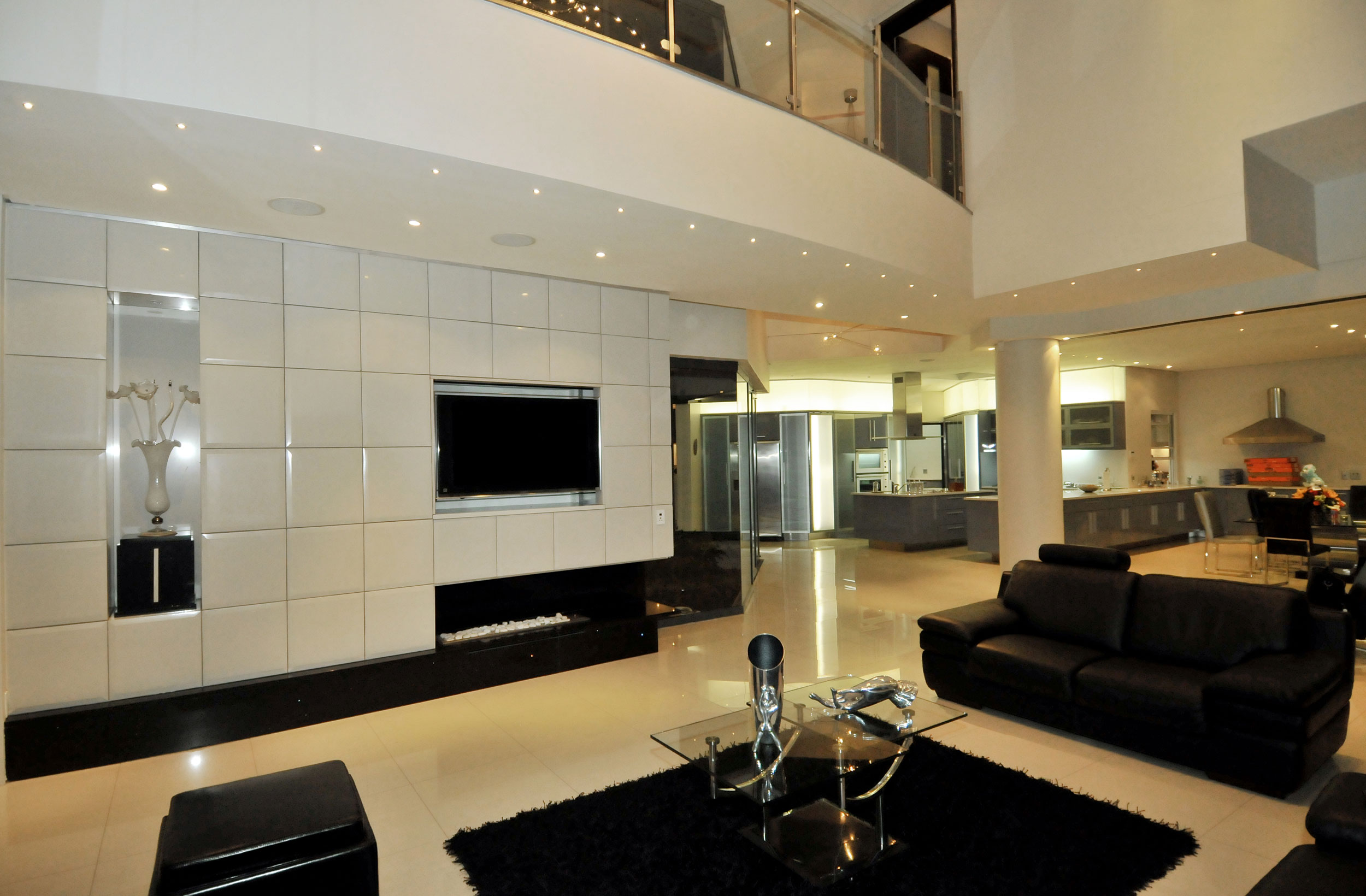 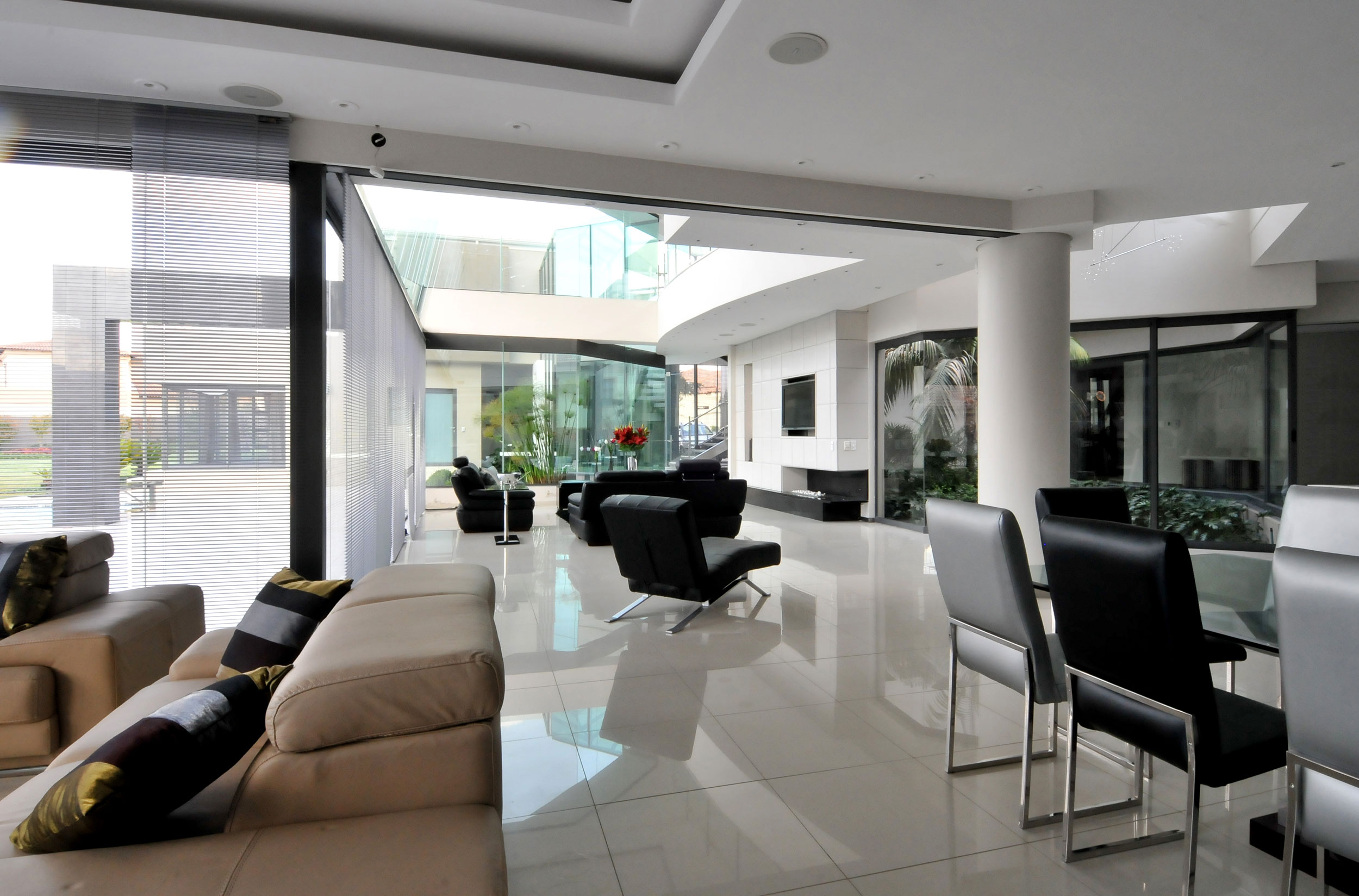 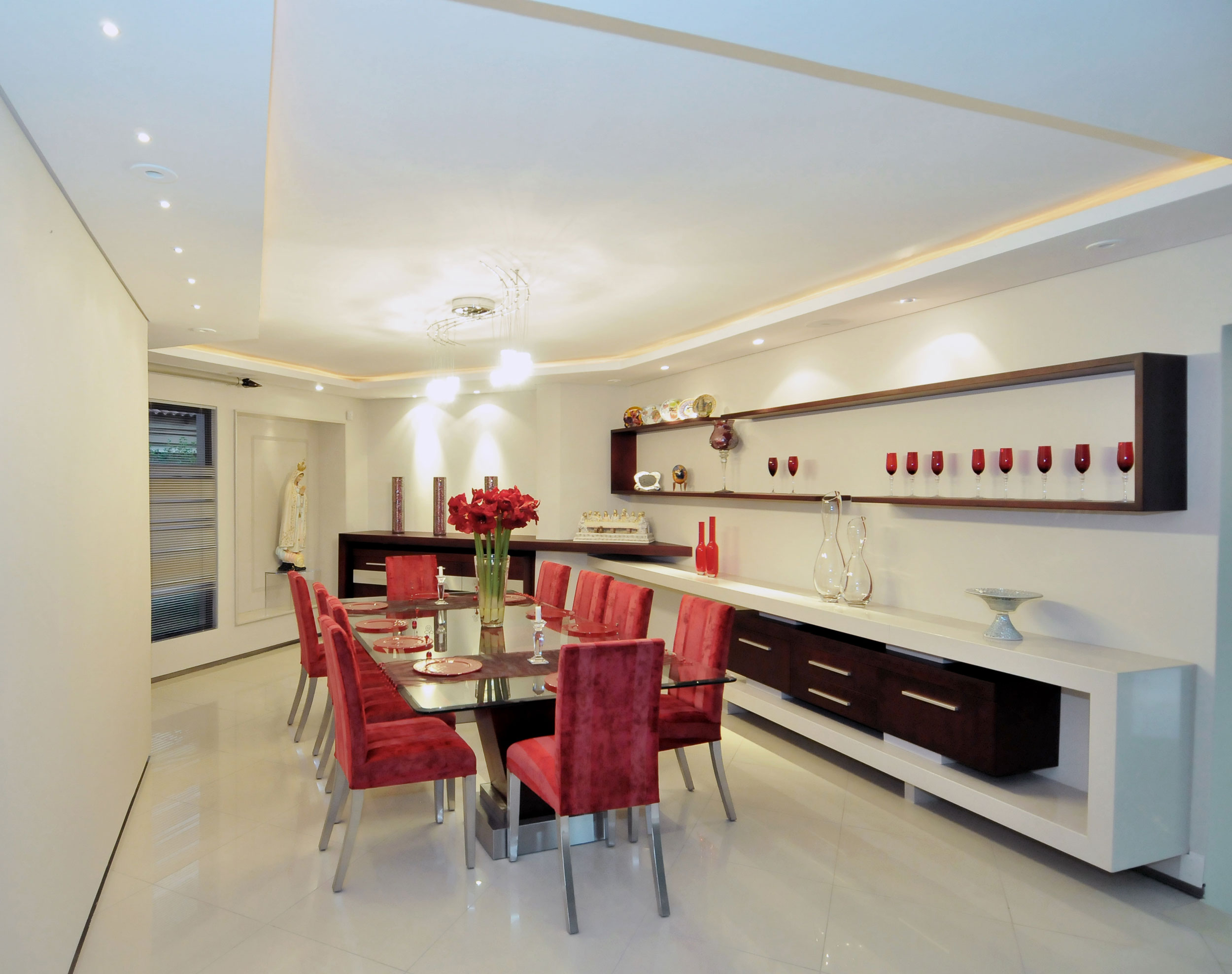 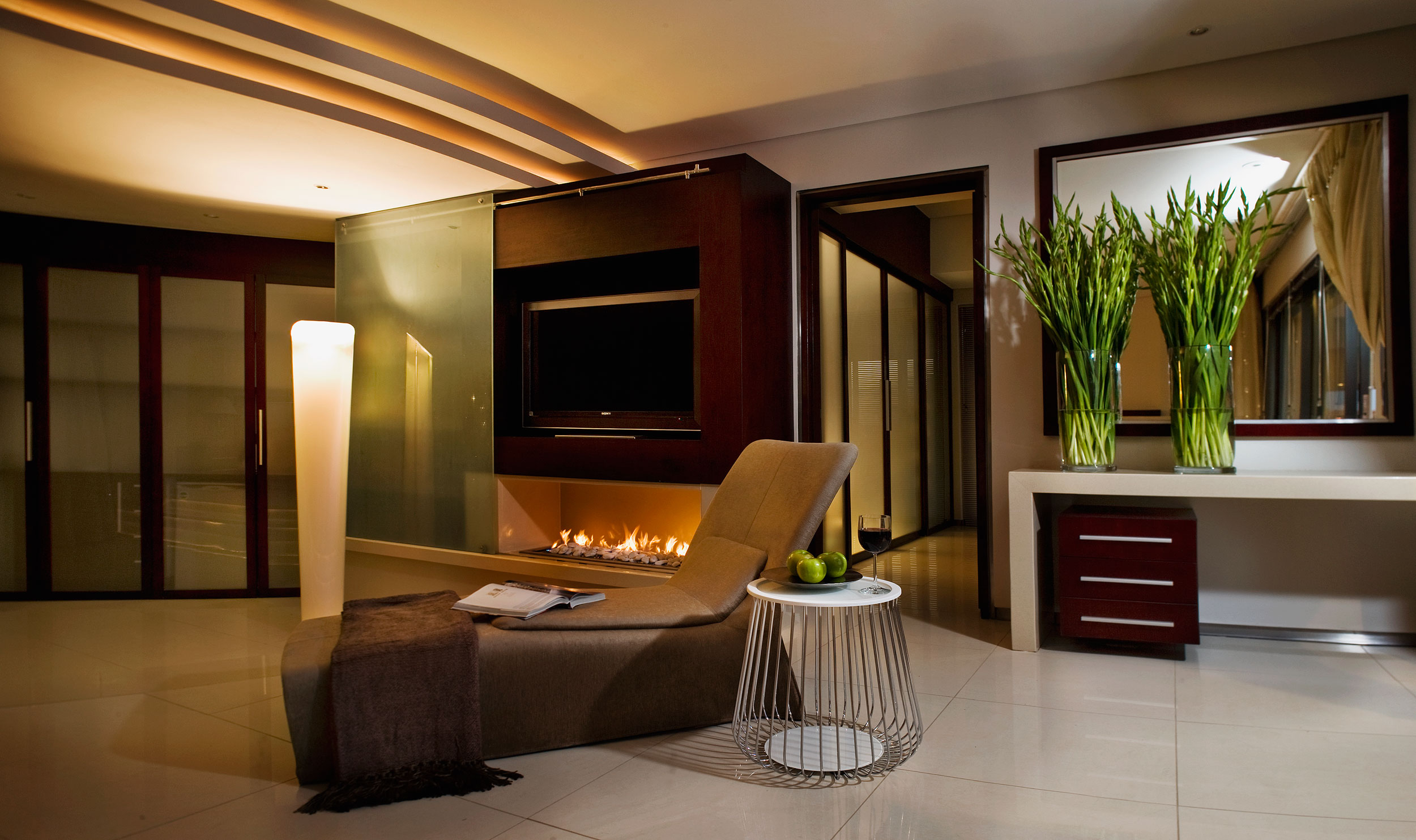 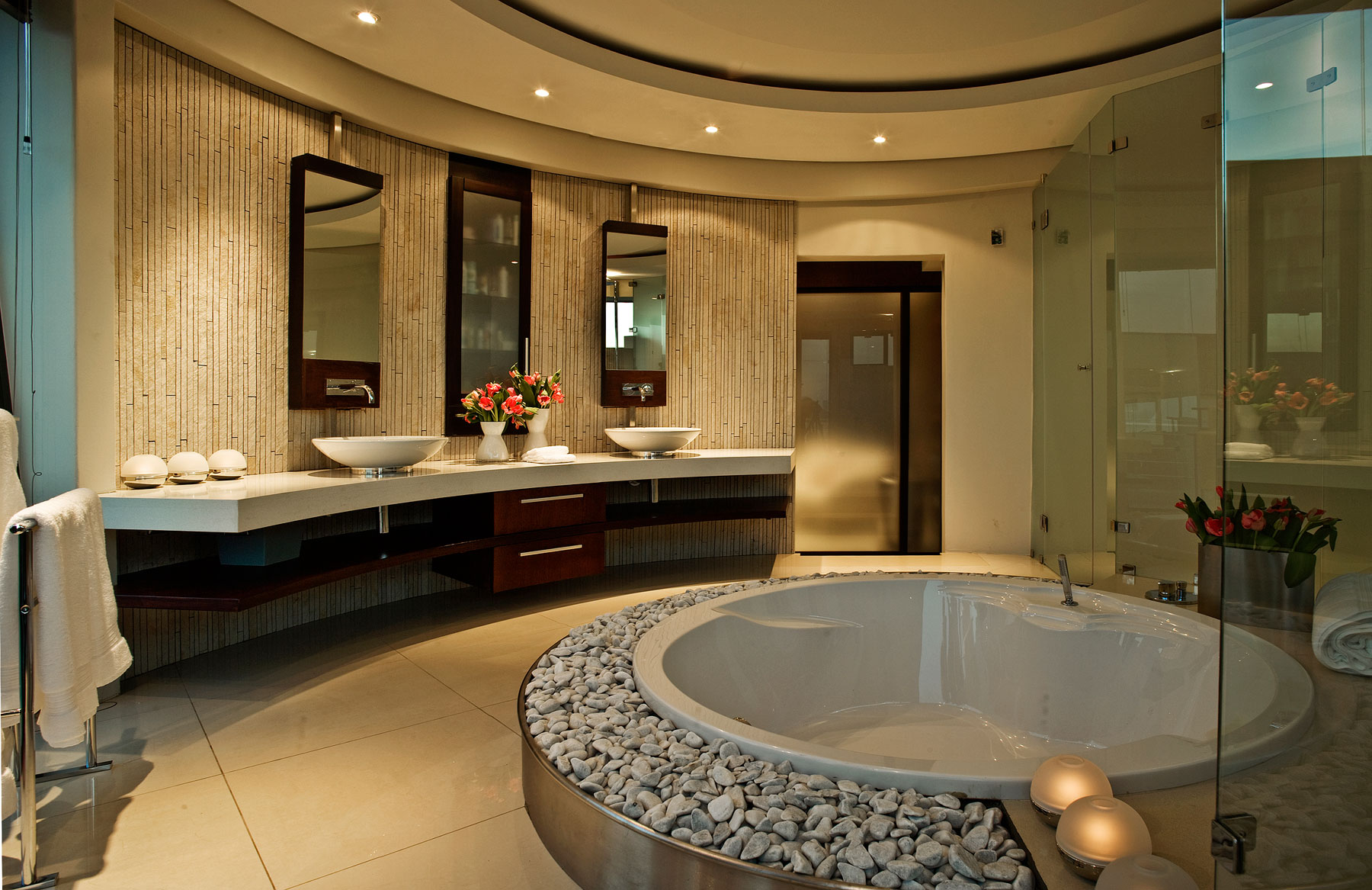 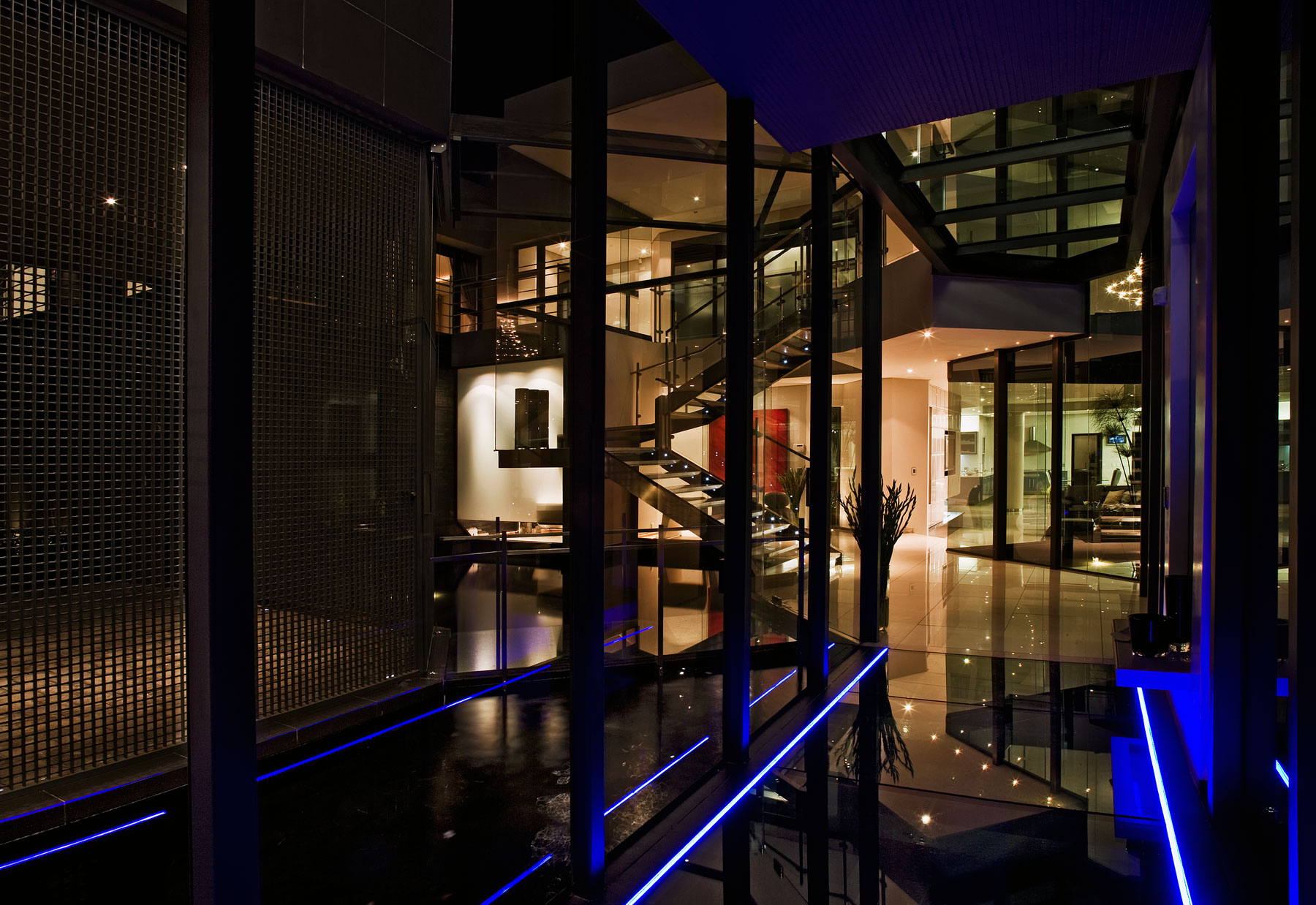 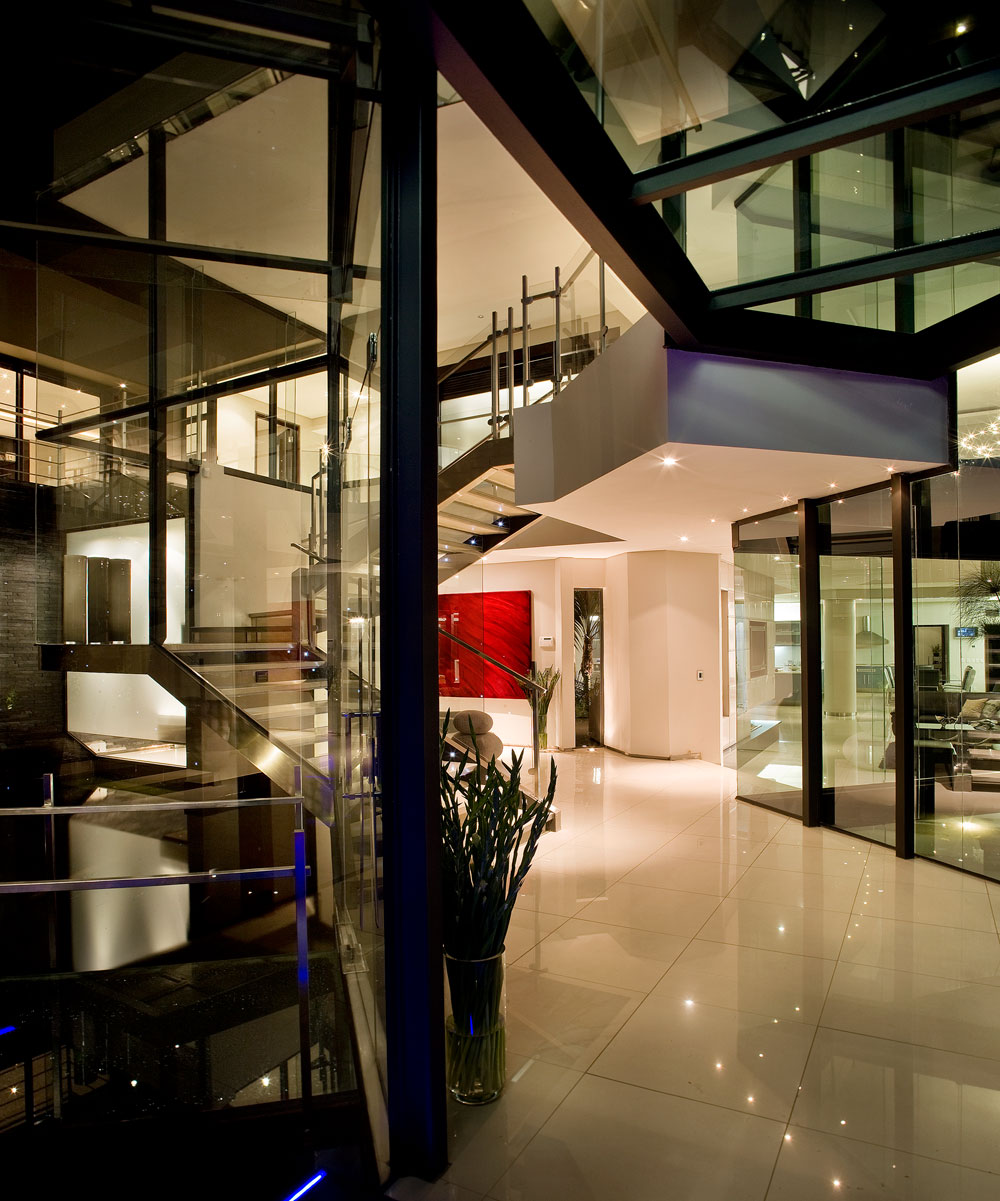 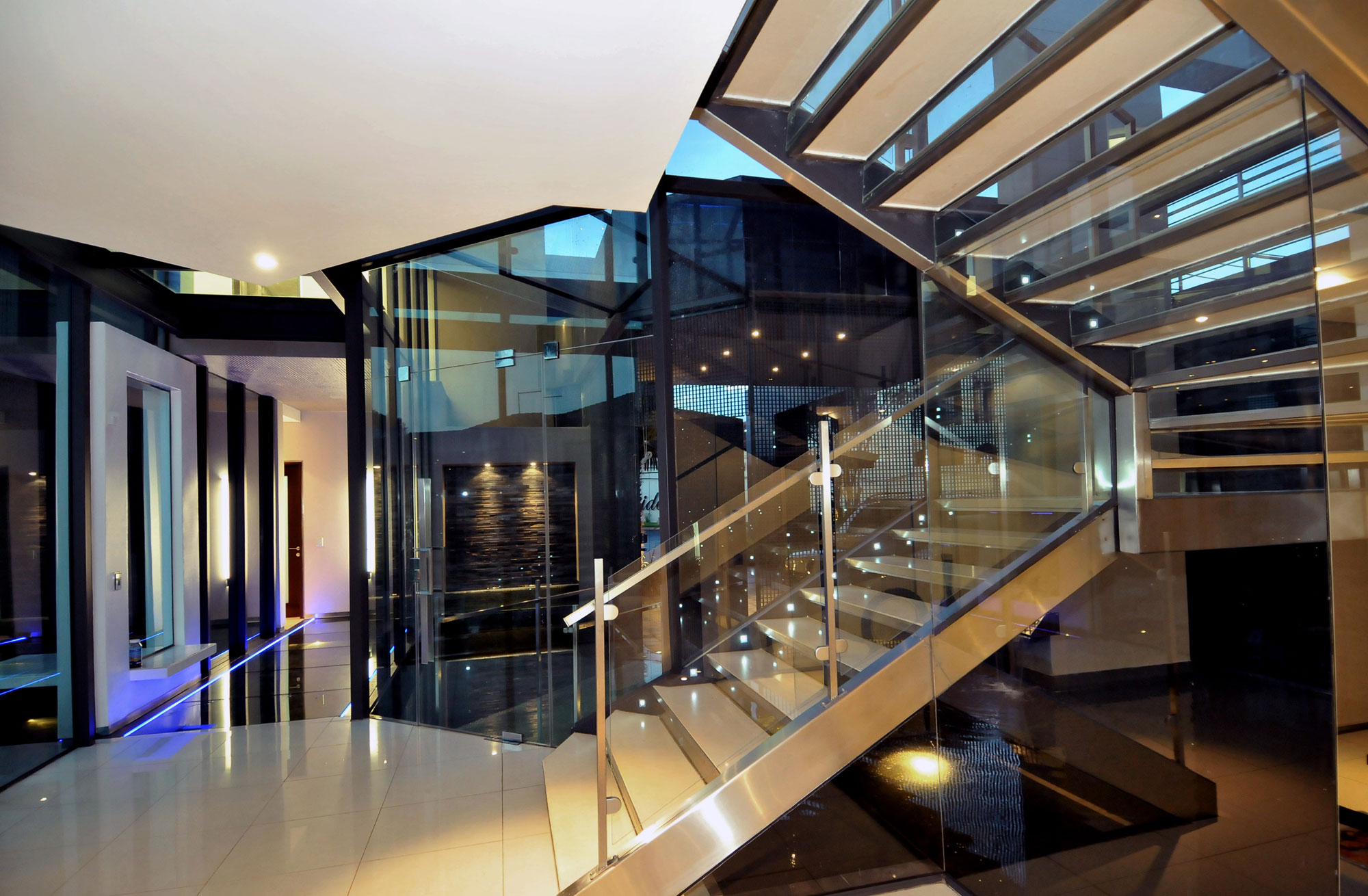 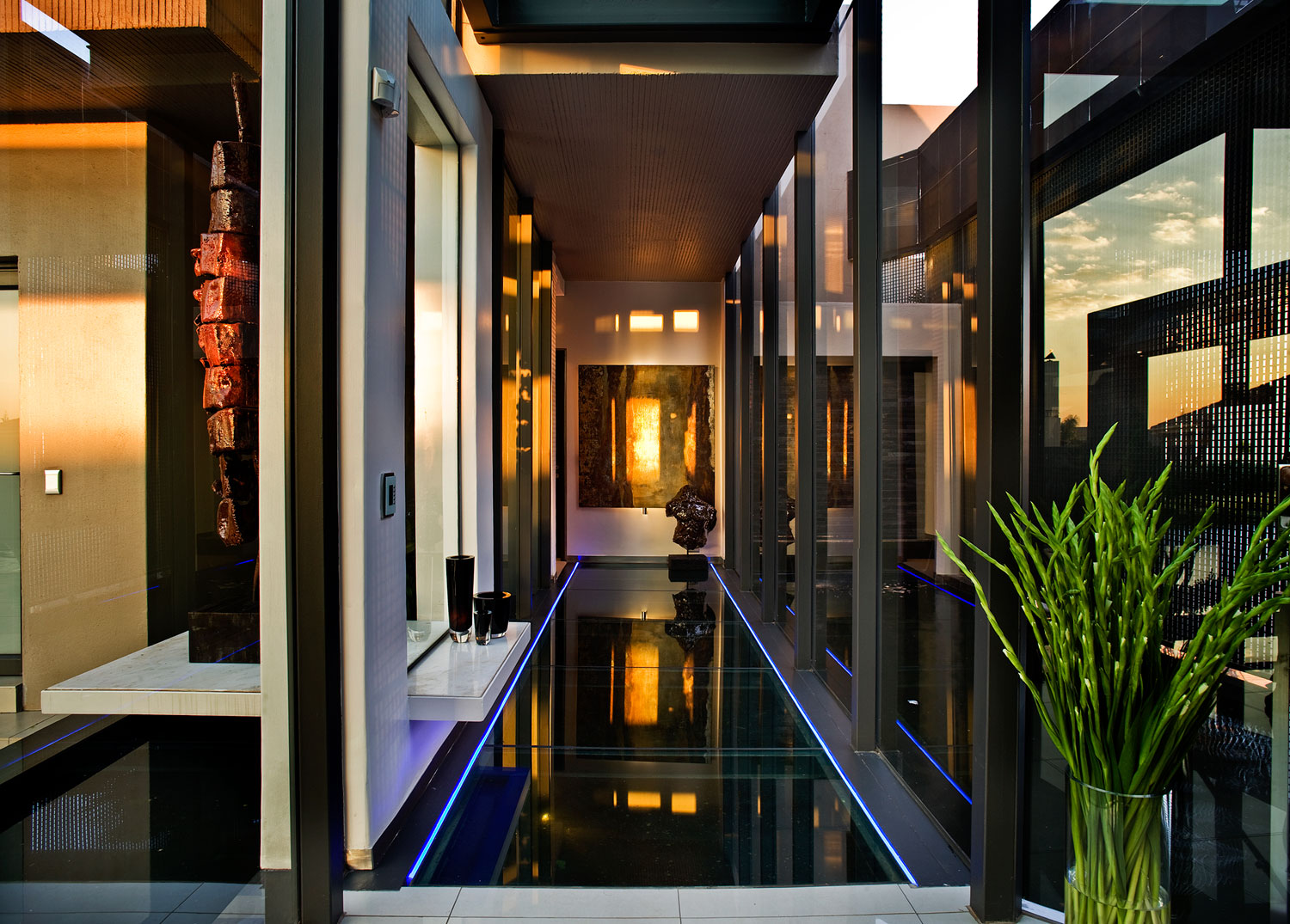 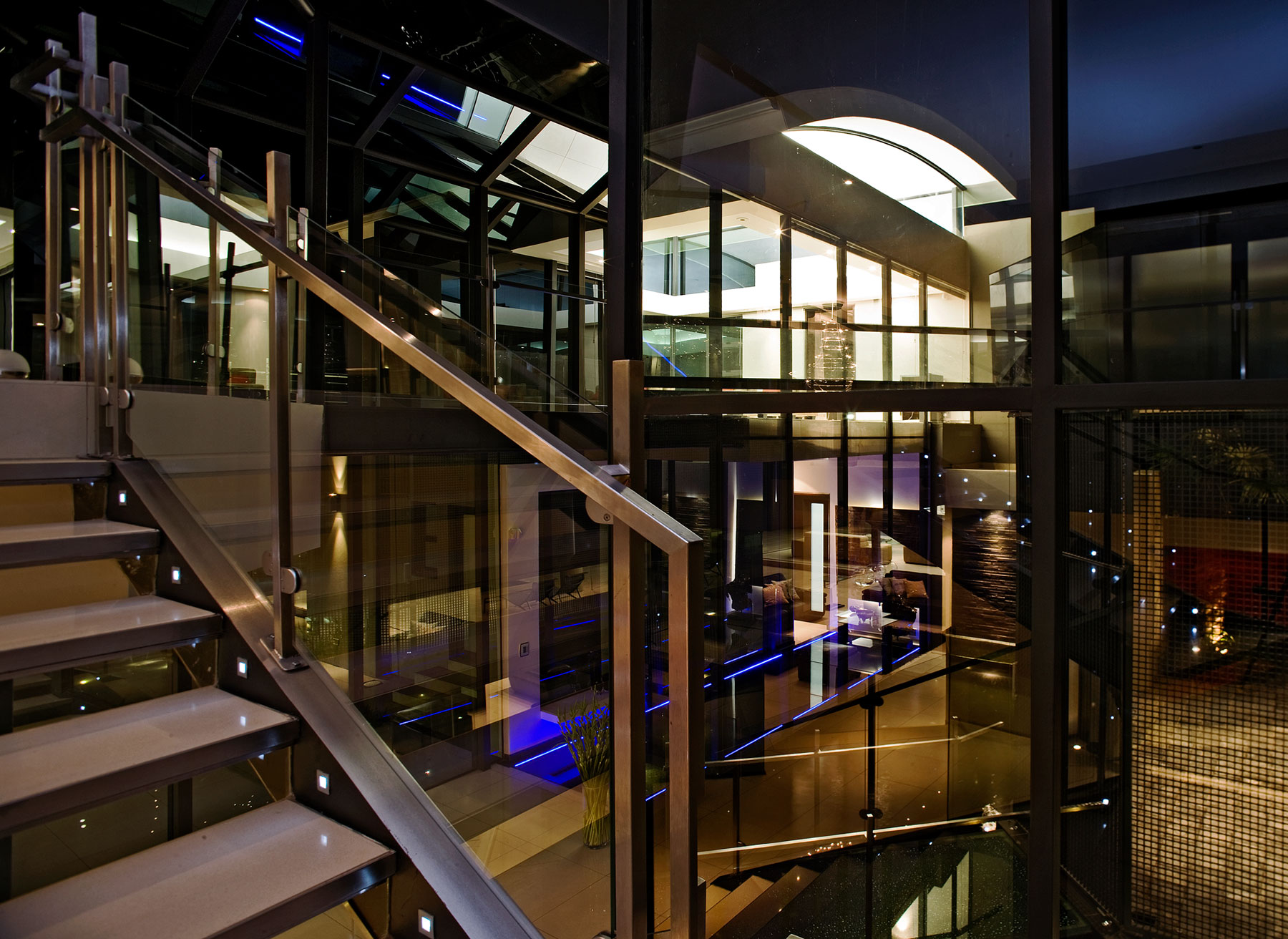 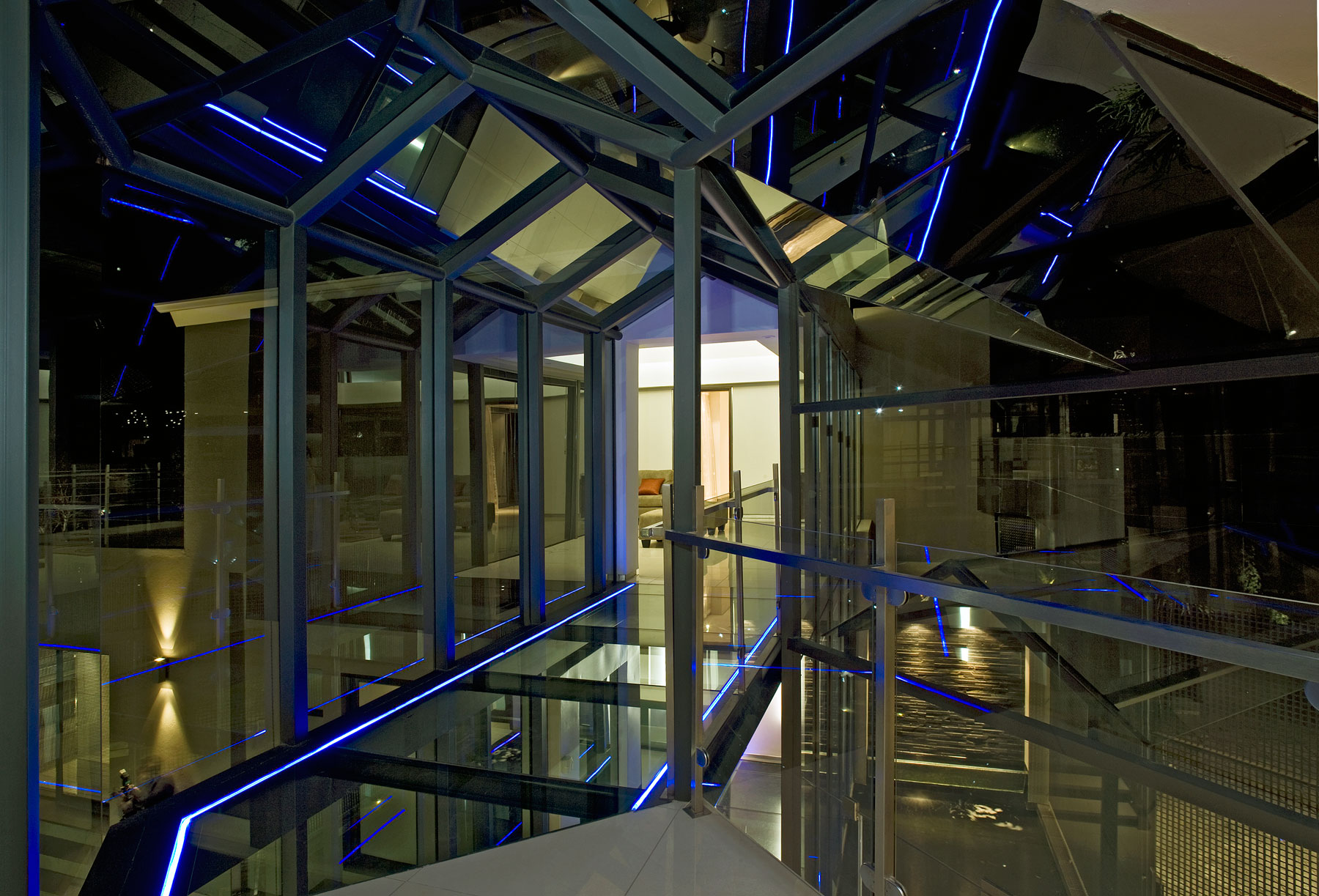 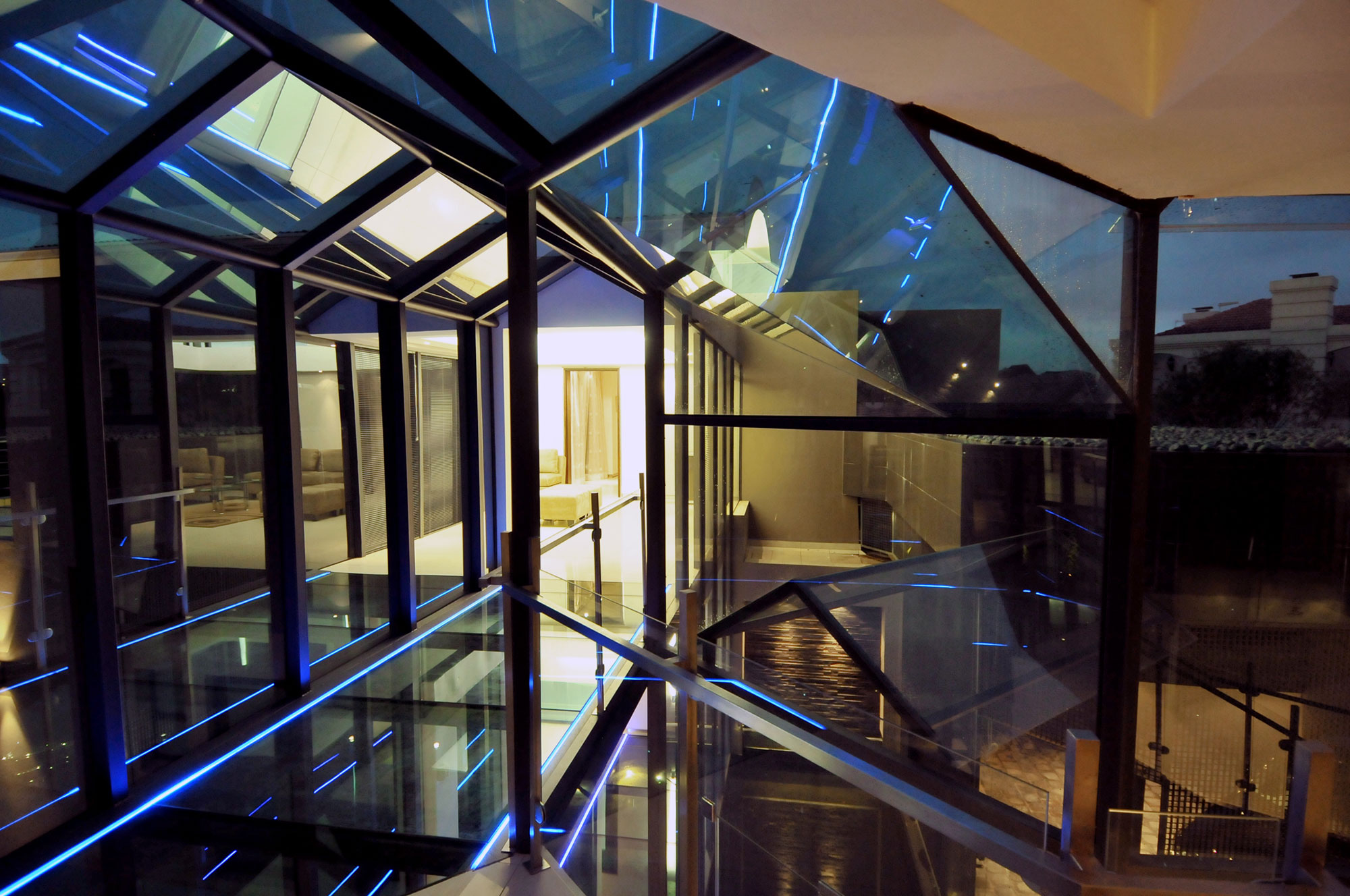 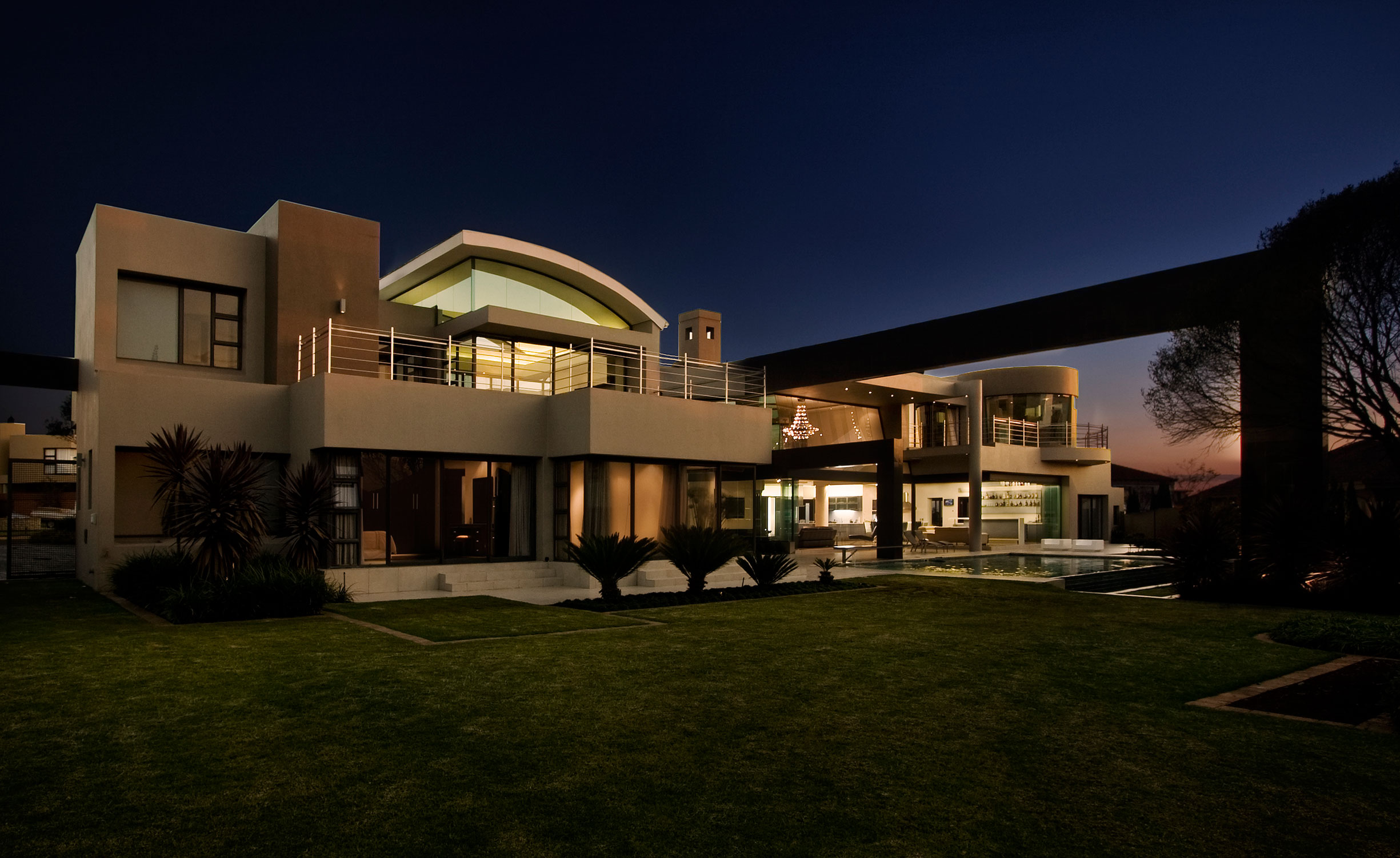 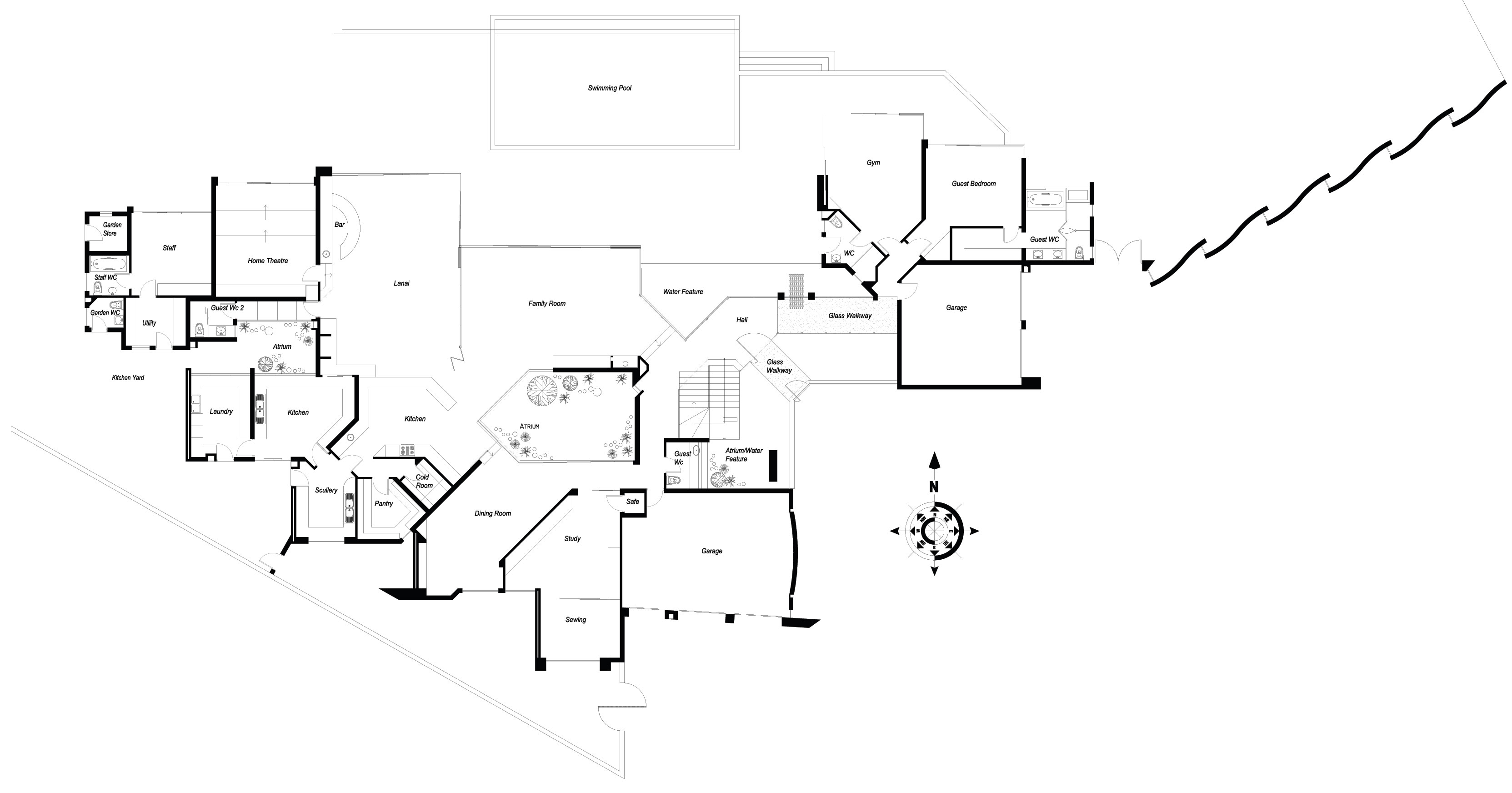 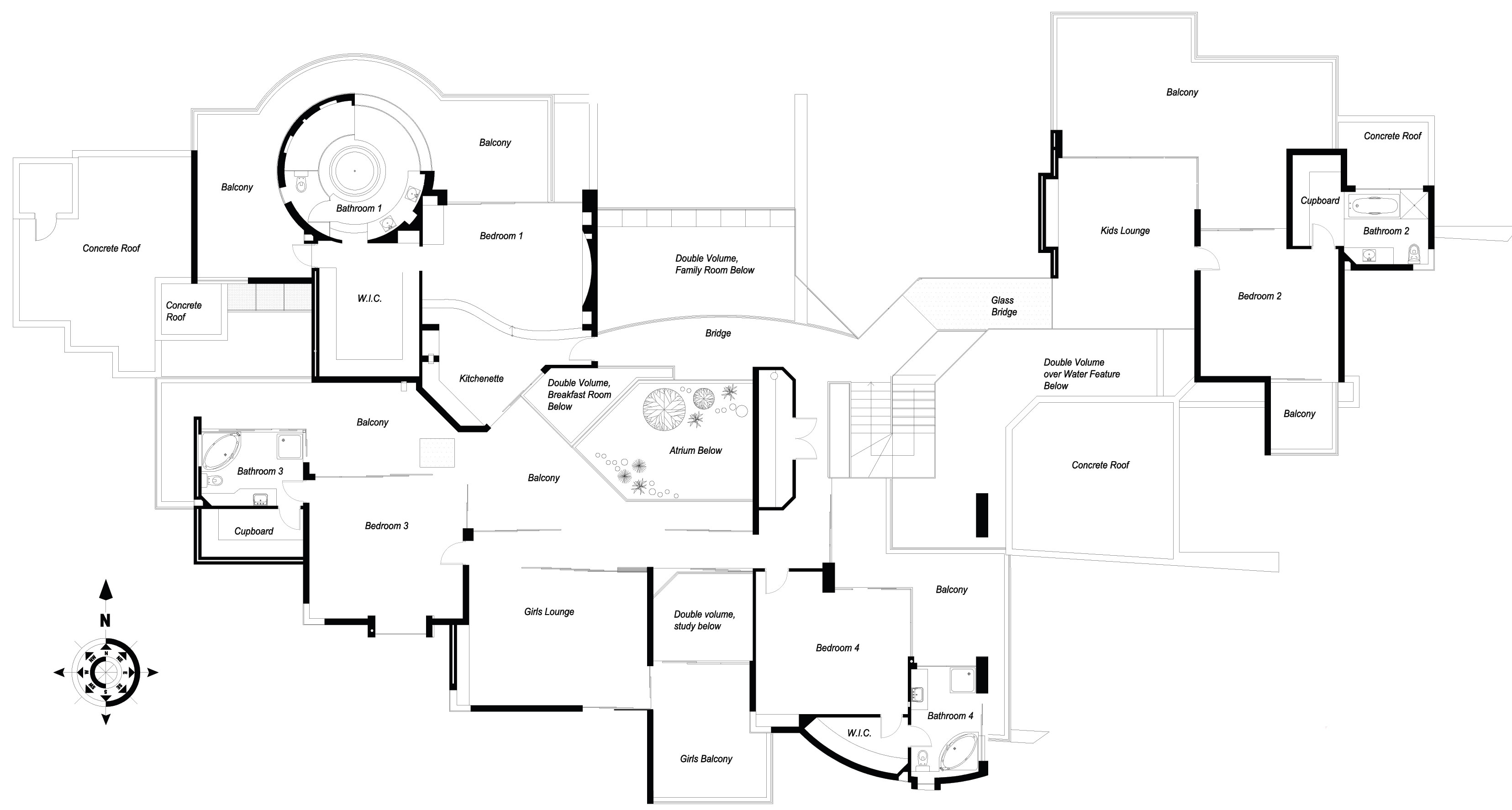 “When Nico van der Meulen Architects received the brief, it presented a fairly large house with a separate accommodation for the client’s 3 adult kids.

To accommodate that and thanks to its location in a private estate, the house was designed to be open to the street with a glass link across a koi-pond as the entrance which separates the guest wing and son’s suite from the rest of the house.

The crescent profile of the stands determined the shape of the house towards the street and house was kept as far south on the stand as possible, as this was somewhat shallow towards the north. To get enough light into the house the architects designed double volume windows, deeply shaded to only allow winter sun into the living areas.

The guest wing, where the son’s bedroom is situated, consists of a gym, guest suite, double garage, a lounge/study and a suite.

The two other kids were able to have their own north-facing suites and accompanying lounges. For each room, Nico van der Meulen Architects planned balconies on both the north and the south side.

The contemporary style is rendered thanks to the light-filled areas, the blending of indoor and outdoor through the sliding and folding doors that let one through to the lanai and the bar as well as the breakfast and family areas, or to the pool and the internal atrium.

Two beams were used to prevent boring corner columns in the entrance and living area, so as to enable the removal of the corner columns.

The street façade was deliberately fragmented to avoid a huge monolithic structure, and to create interesting details as one moves along the street boundary.”