30 Of The Creepiest Places On Earth… #29 Chilled Me To The Bone.

Find yourself wishing for a vacation that takes you off the beaten path? If tour guides and all-inclusive resorts aren’t your thing, you’ll be delighted to know that the world is full of oddities and rarities that are waiting to be discovered. From the strange trees of Socotra Island, to the shrunken heads of the Akodessewa Fetish Market to the unusual beauty of the Fly Geyser in Nevada, there’s a sightseeing spot on this list for every kind of weirdo. Personally, I’m the weirdo who would like to visit #29.

Eighty-two miles off the coast of Alaska lies this macabre sight: a scattering of whale jawbones, ribs and vertebrae. Experts believe that these bones date all the way back to the 15th century, and could have been used as a place of worship. 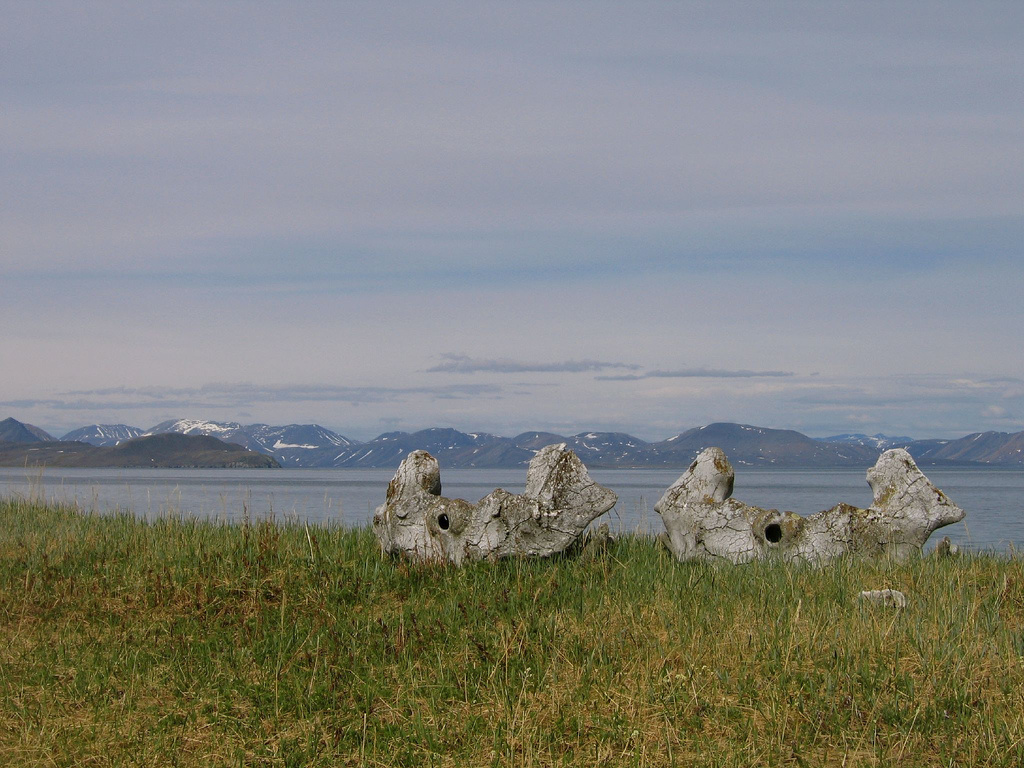 The animal figures and geometric shapes in this stone are quite mysterious. They are visible only from the air, and each shape was drawn in a single, continuous line. 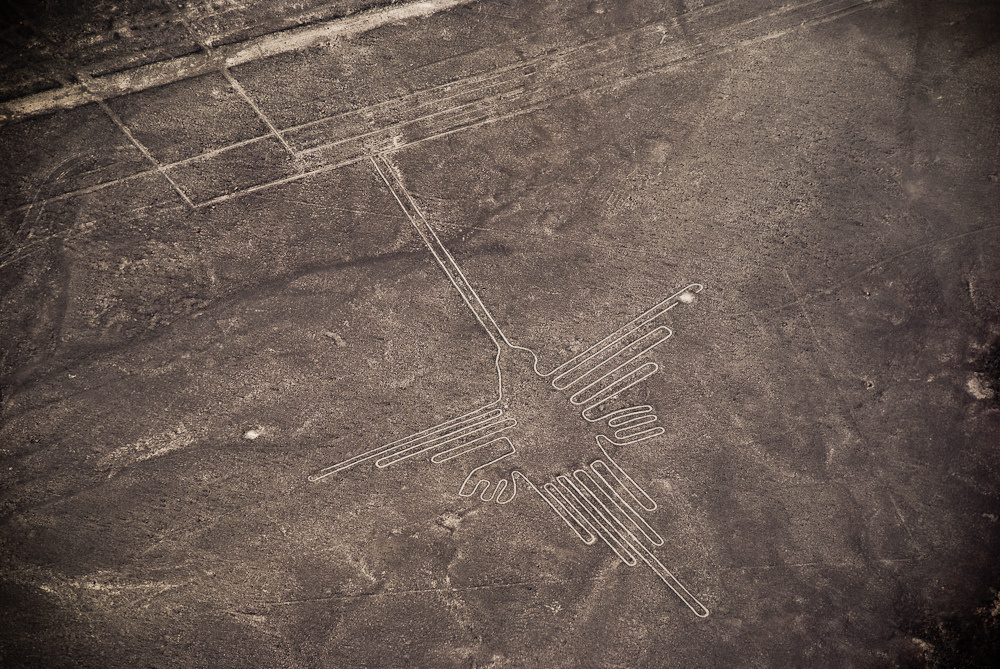 This beach is covered in a type of seaweed called sueda, which turns a vibrant shade of red in the fall. Only a small section of the beach is open to the public. 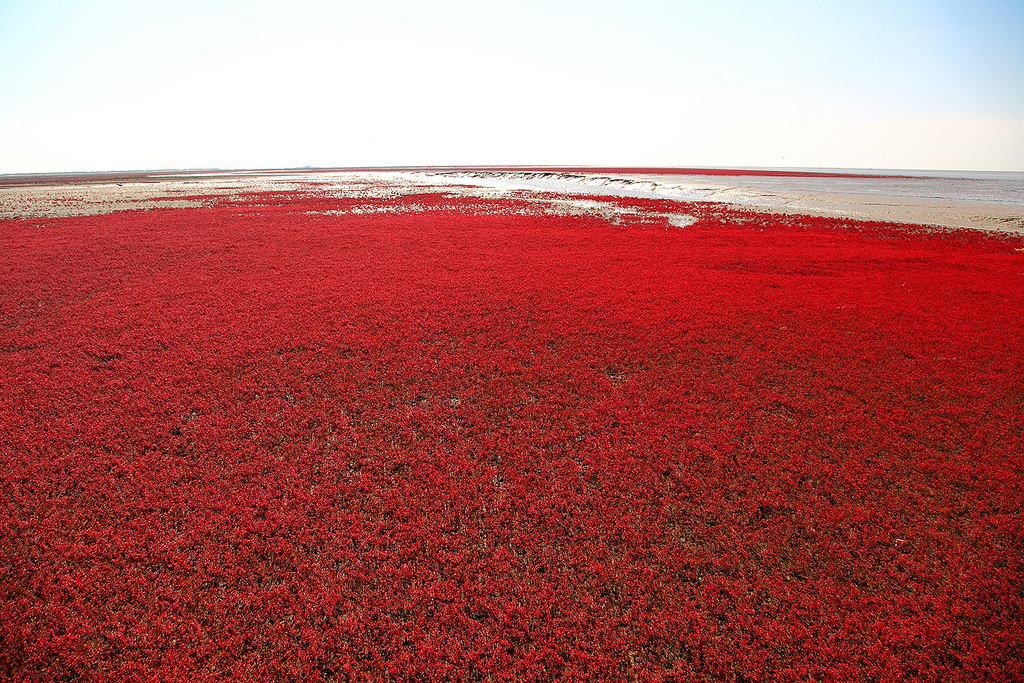 The Chocolate Hill are the uplift of coral deposits and a result of rainwater erosion. They earned the nickname of ‘chocolate’ in the dry season, when the foliage on the hills changes from a lush green to a chocolatey brown. 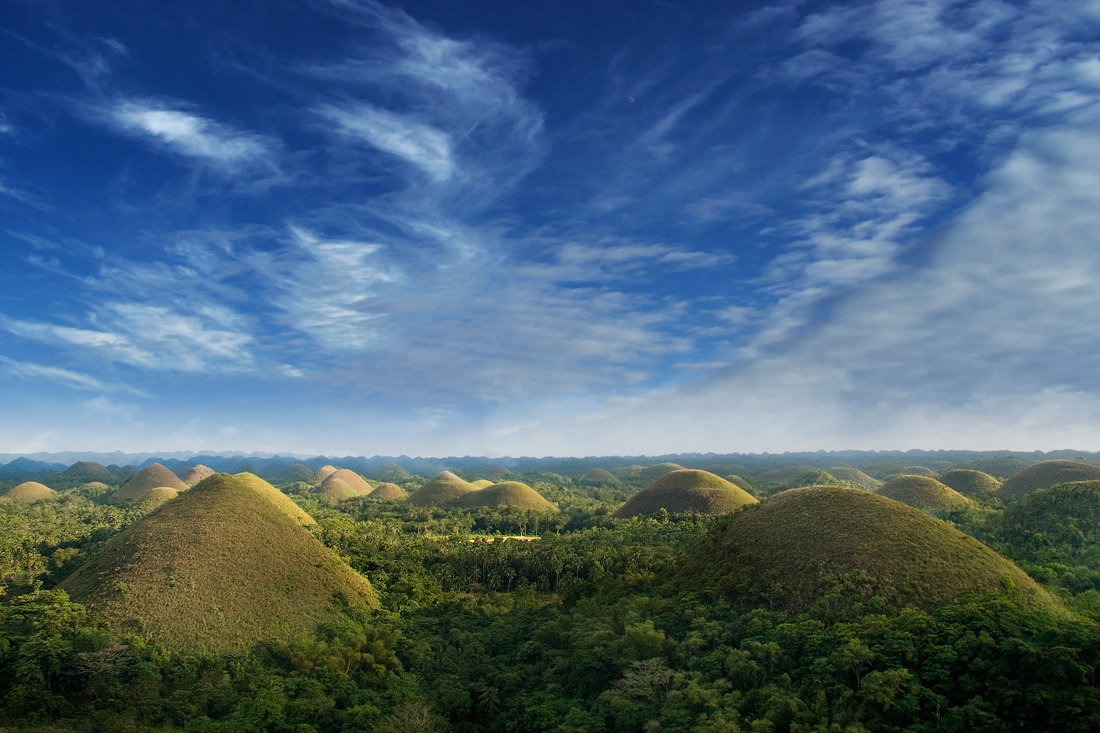 This infamous site, which includes about 500,000 square miles of the Atlantic Ocean, is known for its mysterious shipwrecks, conspiracy theories, and sailors and pilots disappearing without a trace. 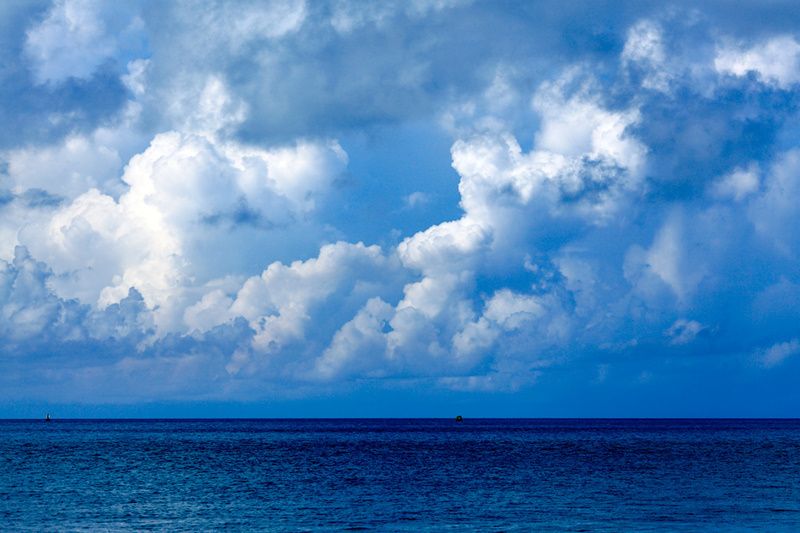 Varosha is a completely uninhabited resort city on Cyprus’ coast. Varosha was quickly evacuated after the Turkish invasion. It looks like a bustling coastal town from a distance, but up close, it’s completely deserted and silent. 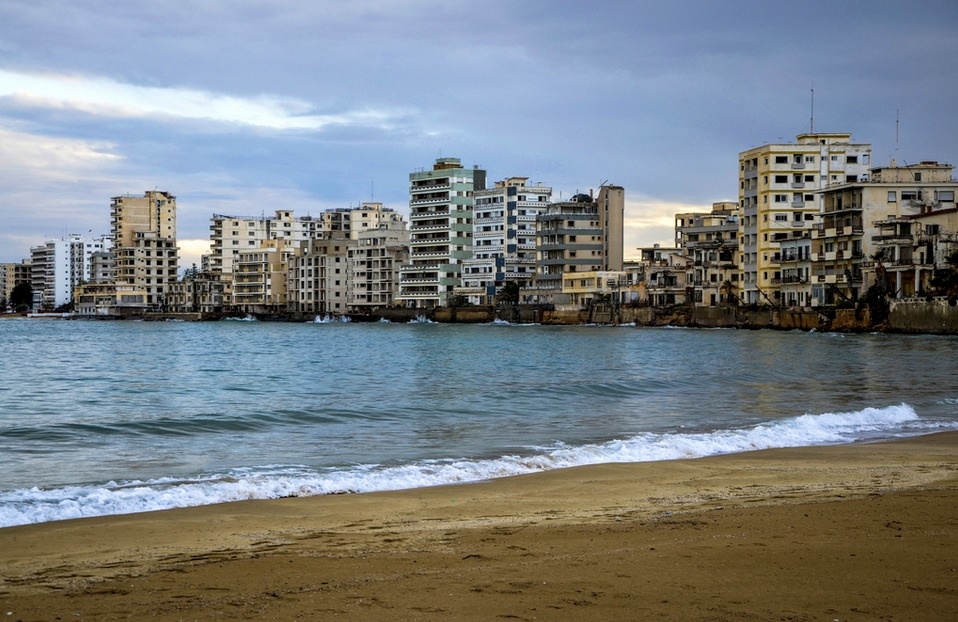 Tashirojima has a population of one hundred humans, and almost triple the amount of cats. Originally, the cats were brought to the island to hunt mice – the island is a large producer of silk, and mice eat silkworms. Now, the cat population has gotten somewhat out of control, but many don’t seem to mind. Local fishermen regarded them as good luck and the island even has a cat shrine, along with newly built cat shaped cabins for tourists to stay in. 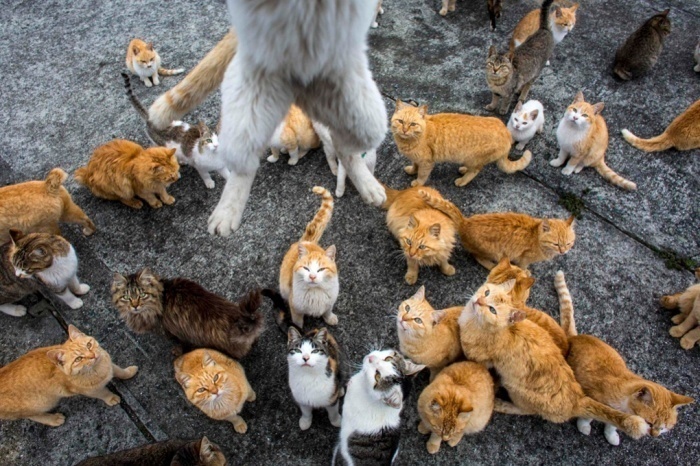 The lake keeps its deep pink color all year, due to it’s high salt content, the presence of a salt-loving algae species known as Dunaliella salina, and pink bacteria known as halobacteria. 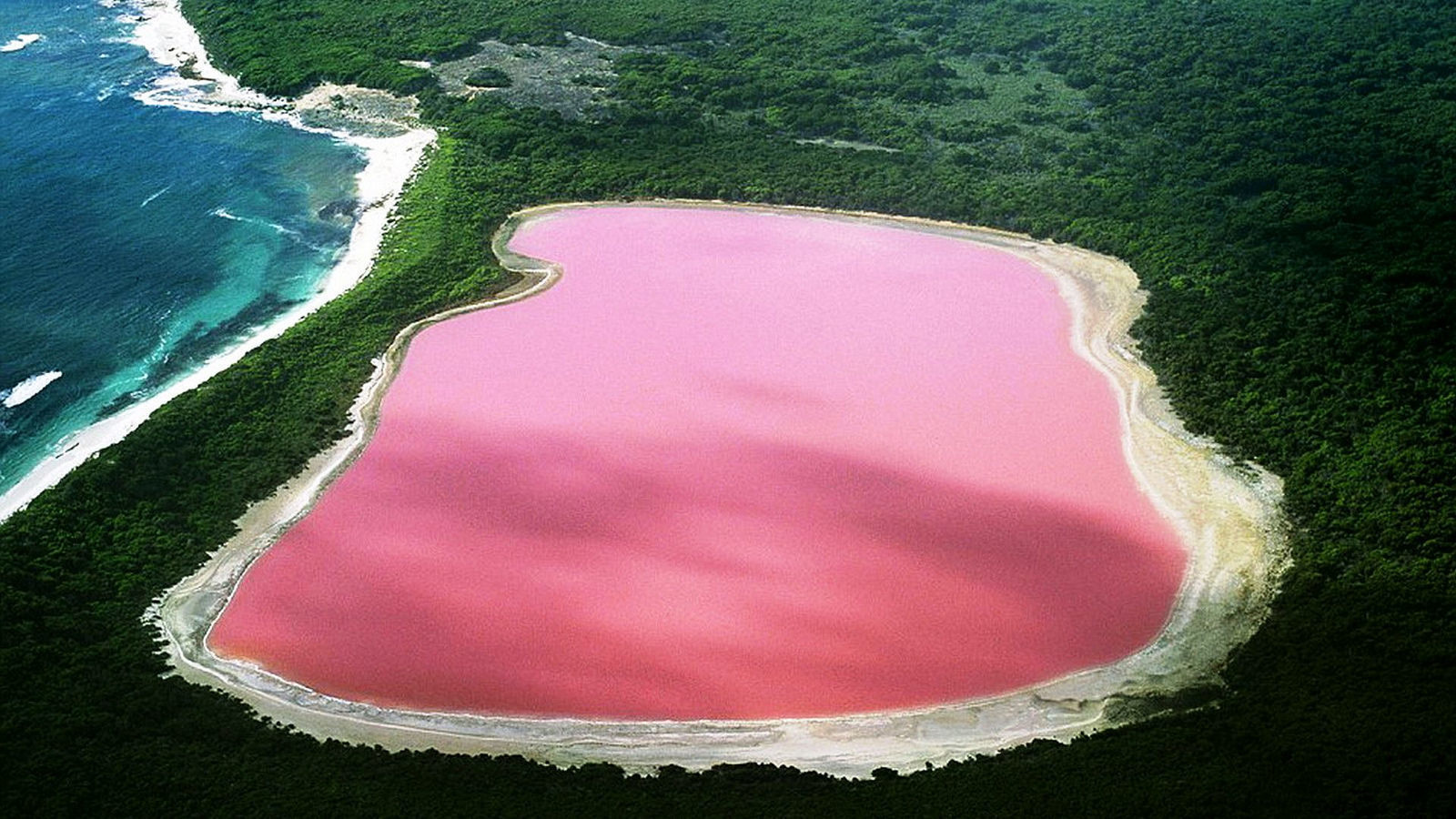 This natural spring is over 100 feet deep, and despite its jagged rocks, is a popular place for swimmers and divers. 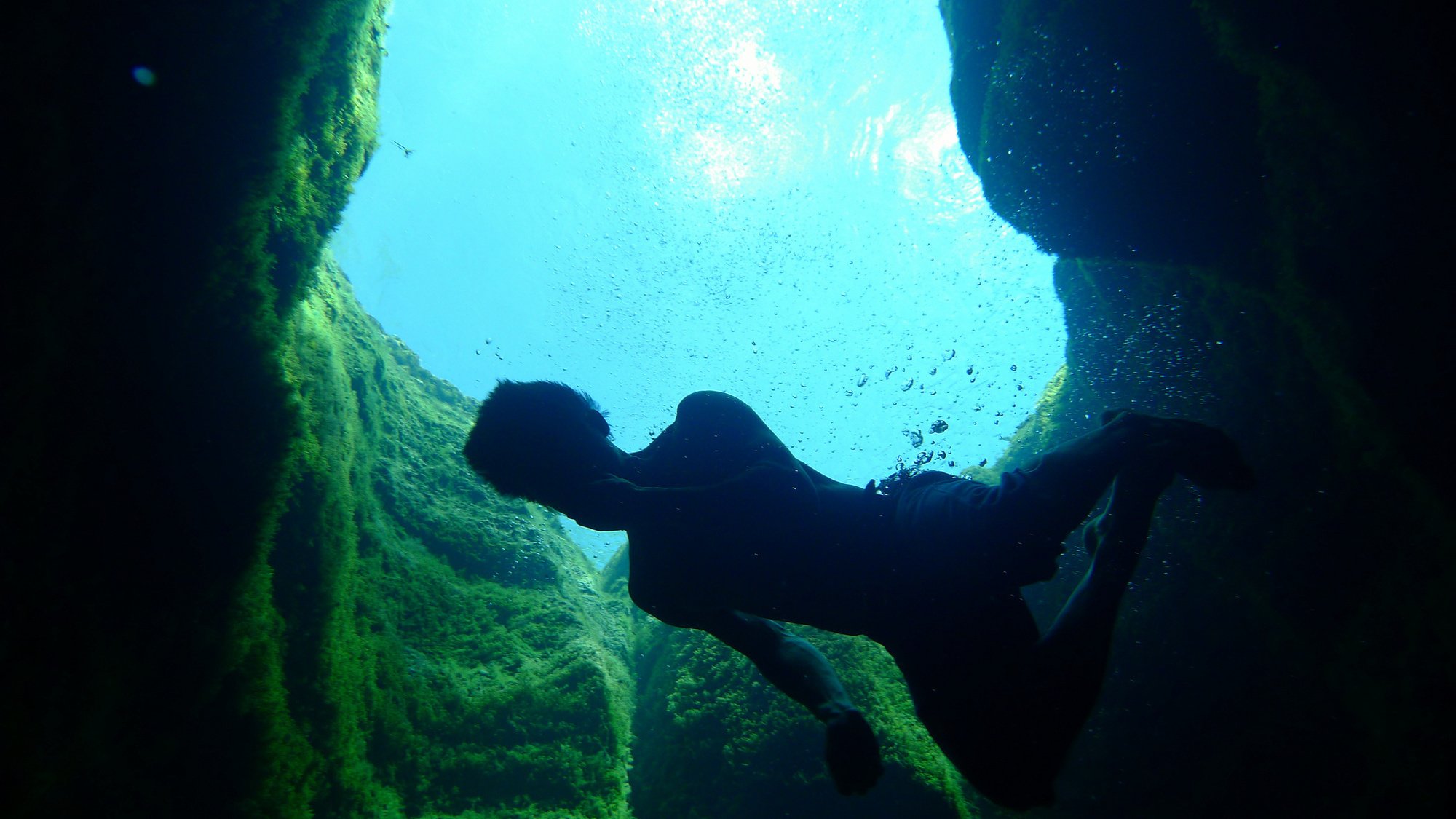 Shrunken heads, skulls, and flesh are all wares sold at this market. These are supplies used by those who practice the indigenous religions of the country. 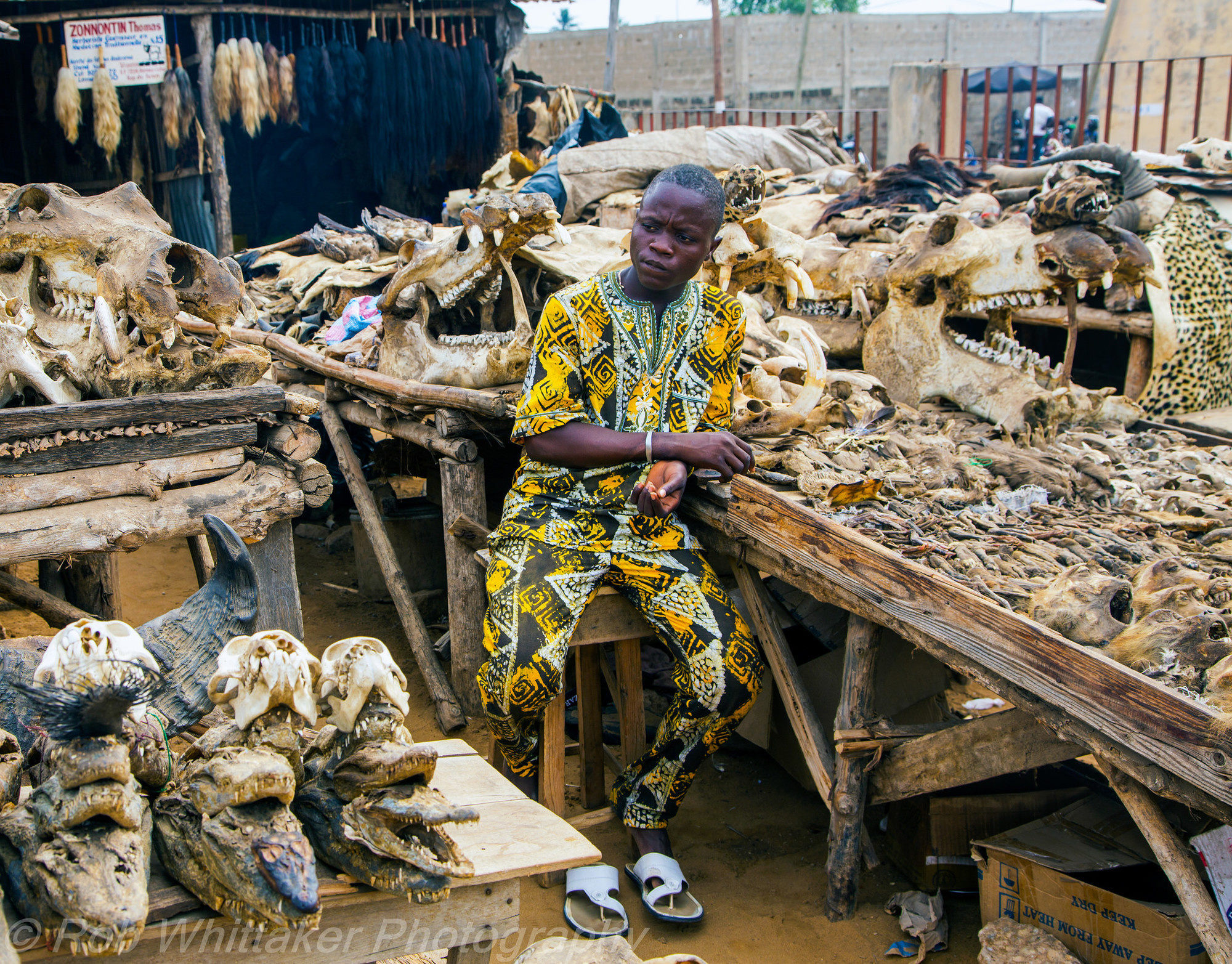 These were designed to protect England from a potential Nazi invasion during WWII. Today, they’re empty and provide an eerie silhouette over the ocean’s horizon. 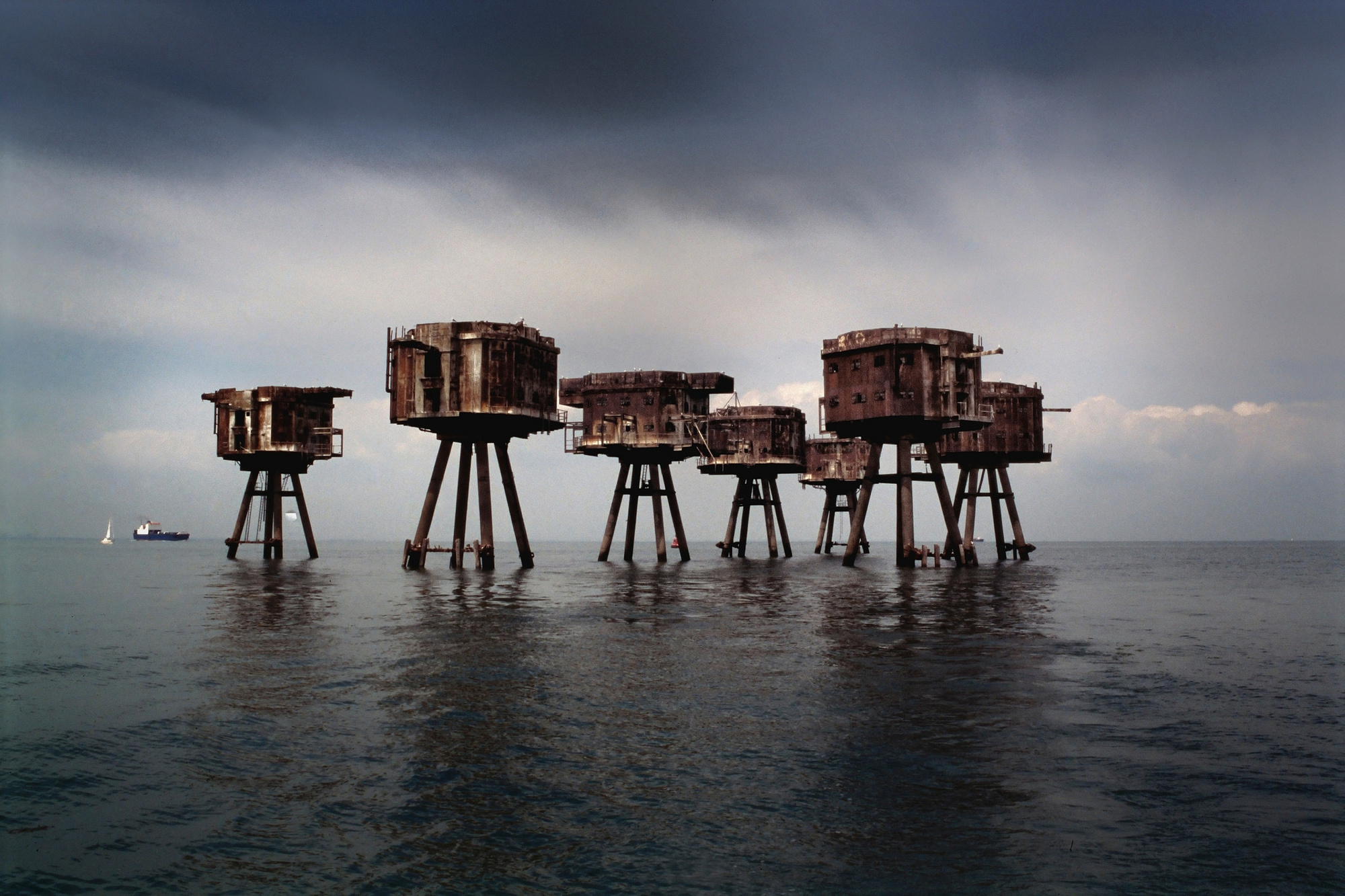 The strange landscape of soft sandstone is only about a mile across and two miles long. The bizarre formations are a popular hiking trail in Utah. 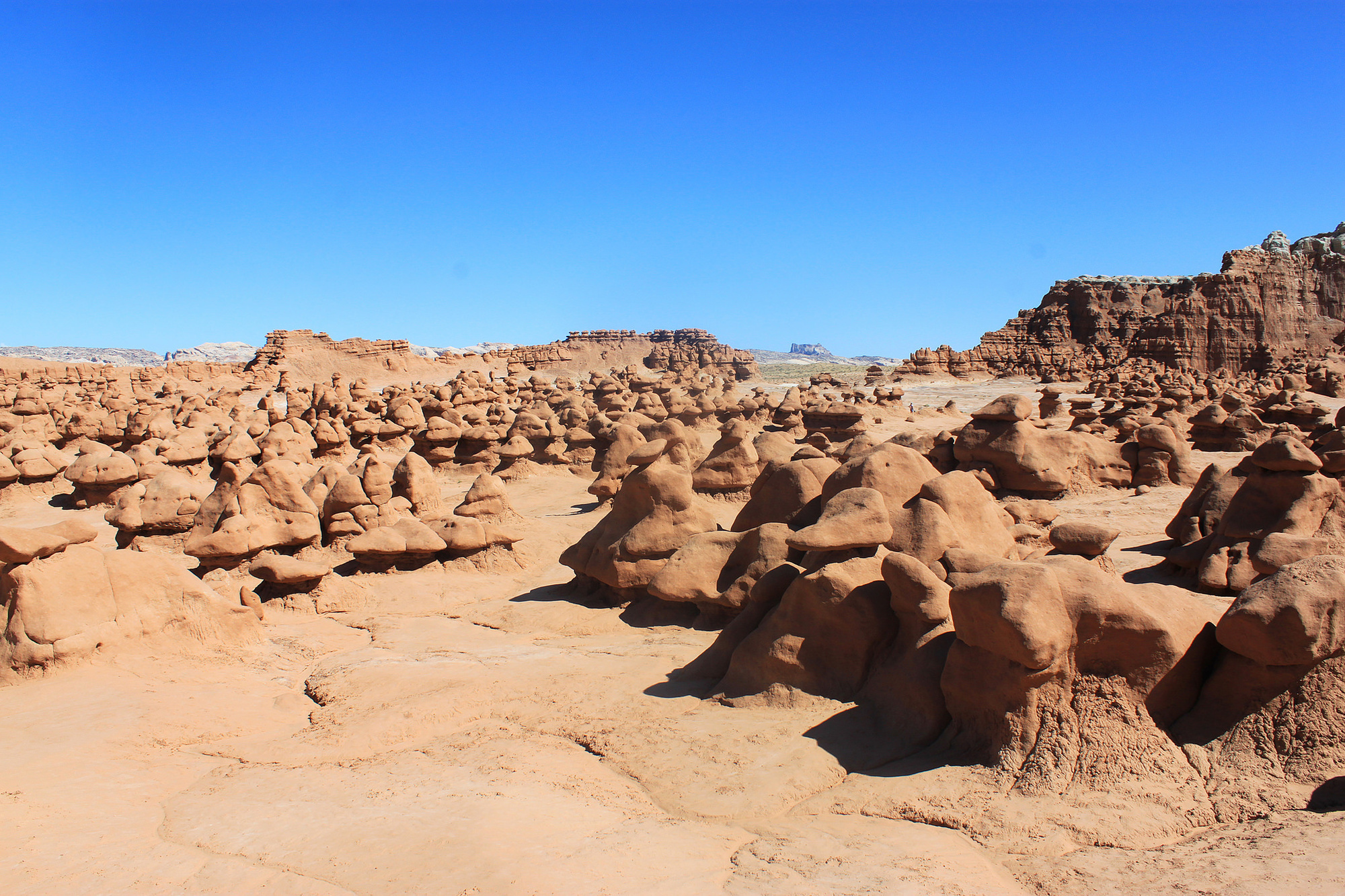 Sisan Island, South Korea is home to entire fields of seaweed. The fields are held in place with ropes to keep the plants near the surface. 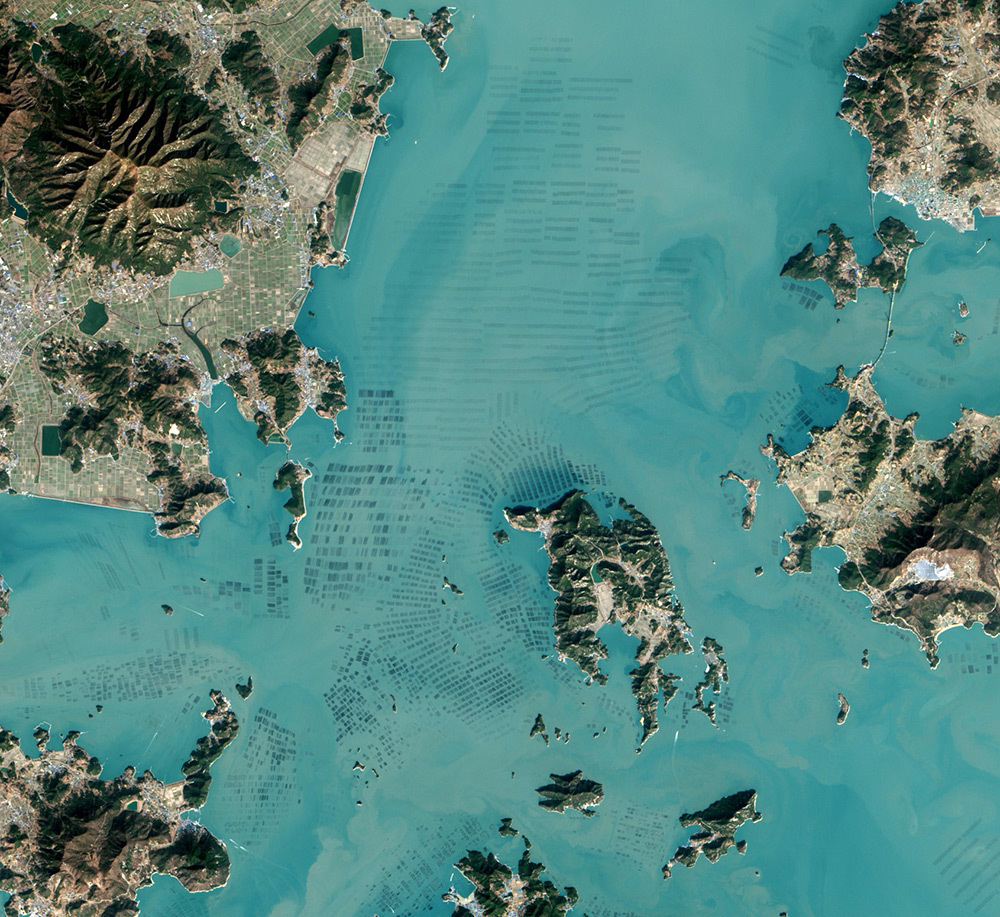 This is a network of old quarry tunnels beneath the city and the final resting place of around six million Parisians. Most are anonymous, taken from the city’s overcrowded graveyards in former centuries. Now, tourists can walk through the creepy underground graveyard. 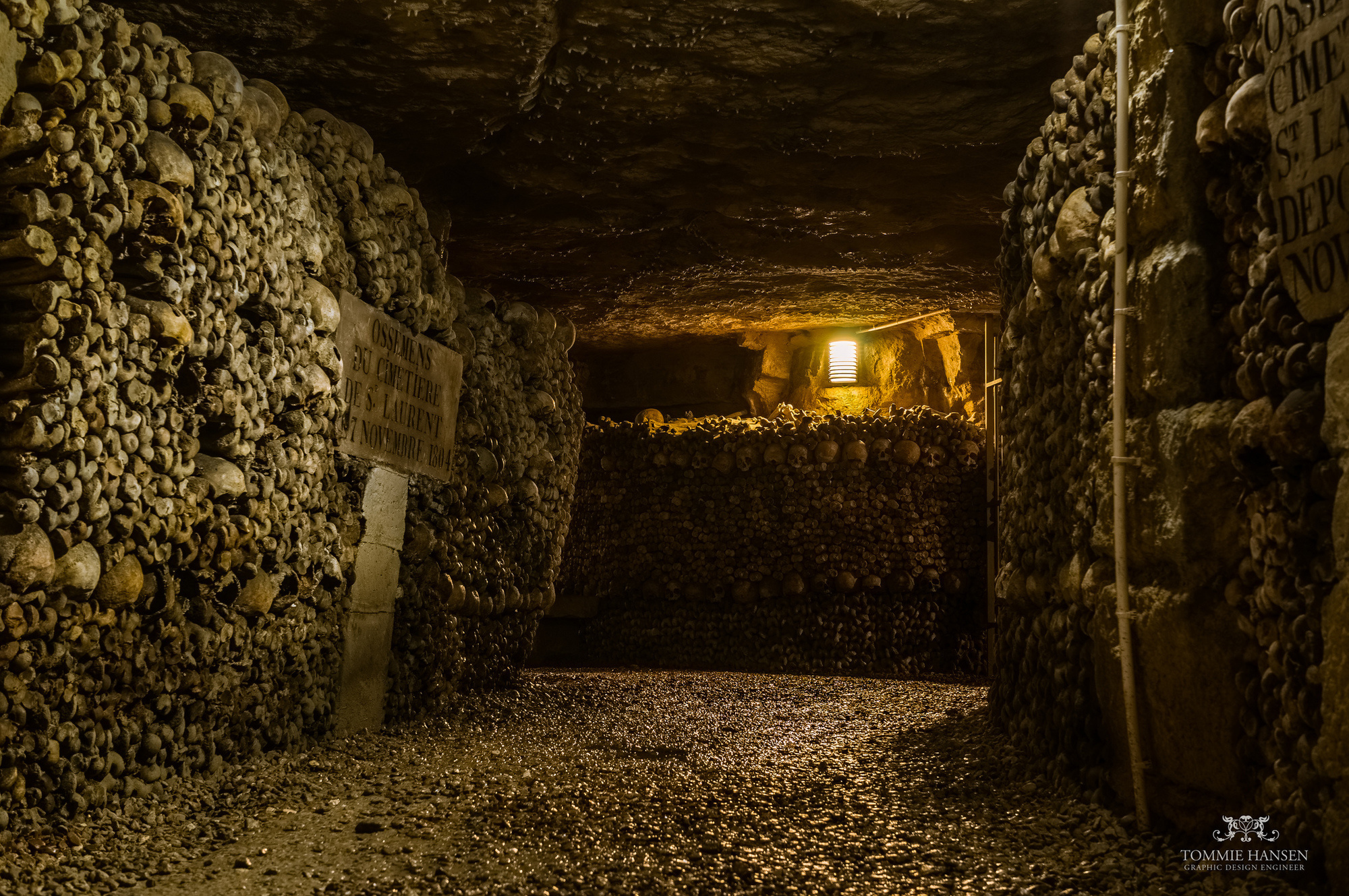 Socotra has incredible biodiversity, including plants and trees that are not found anywhere else in the world, including these peculiar trees. 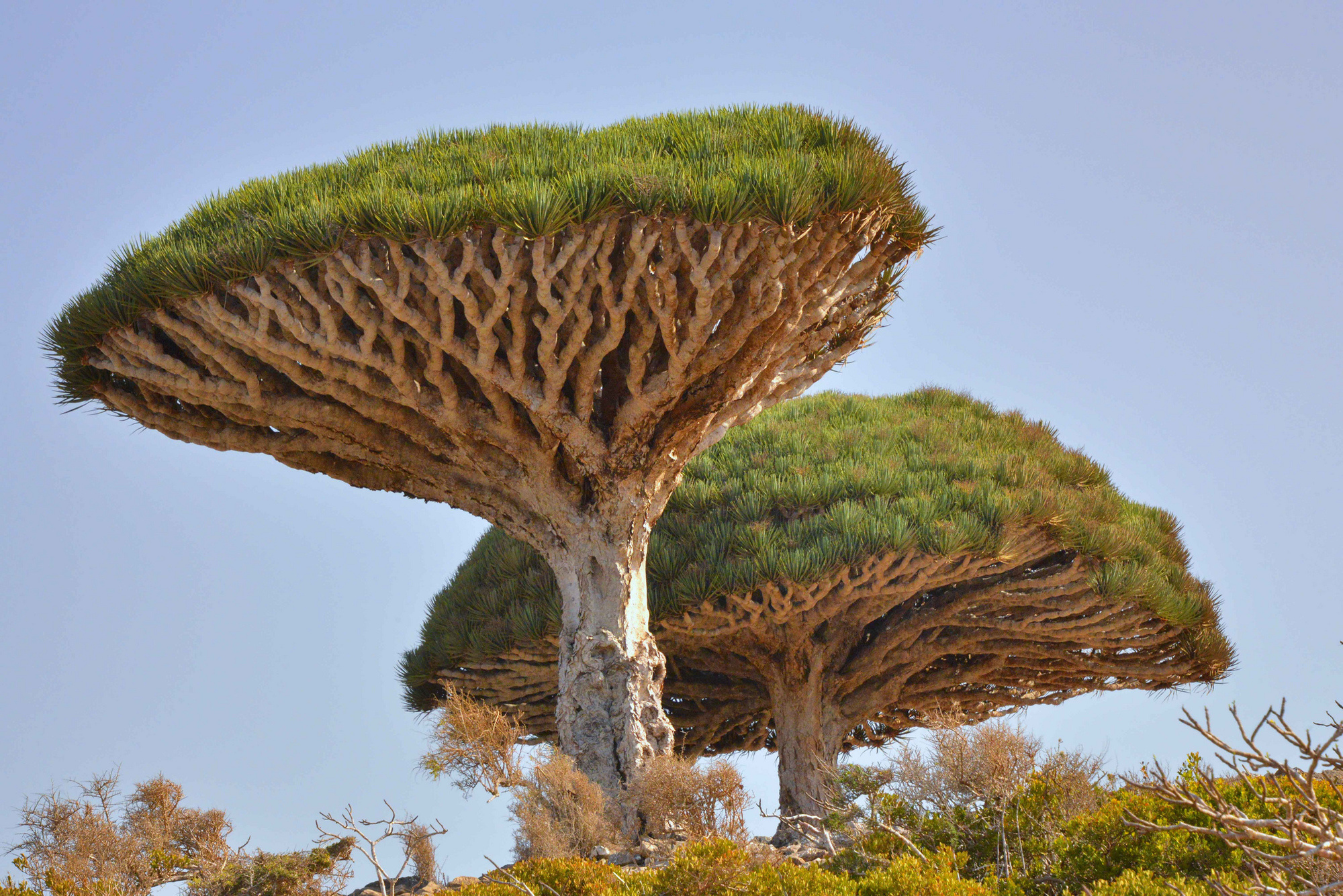 This forest is known as the “Bermuda Triangle” of Romania. Multiple people have gone missing in it,and many people have even spotted UFOs. 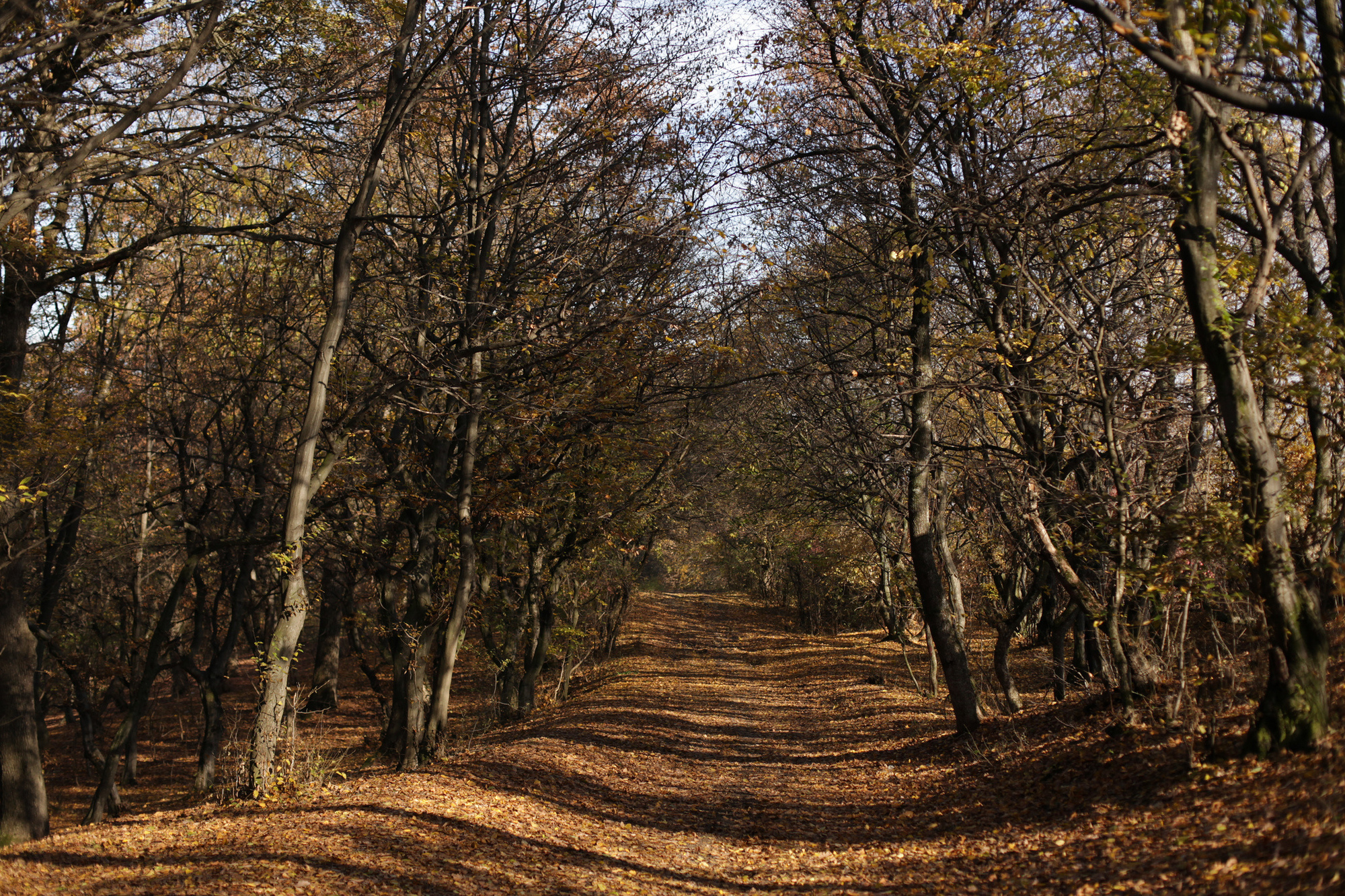 The Soviet Union bulldozed the area twice, but locals rebuilt it to be even bigger. Today, over 100,000 crosses stand on the hill, and it’s where many Lithuanians go to mourn those lost in the war. 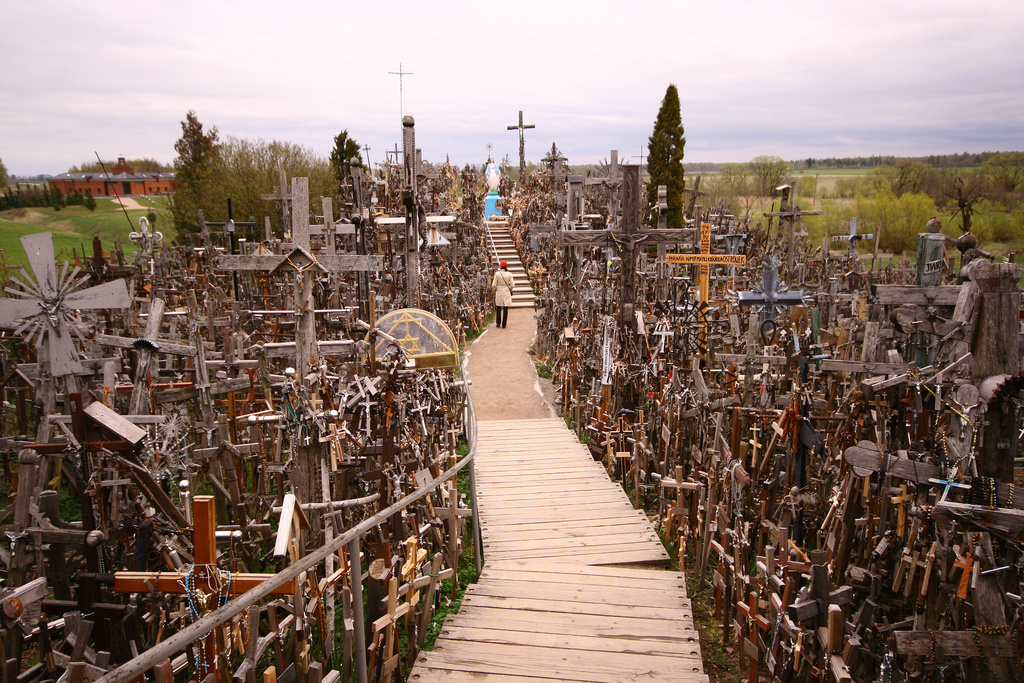 Sixty million years ago a huge volcanic eruption left behind molten basalt. The basalt solidified and created these amazing cracks in the the rock. The causeway is so geometrically perfect that legend says it was actually built by a giant. 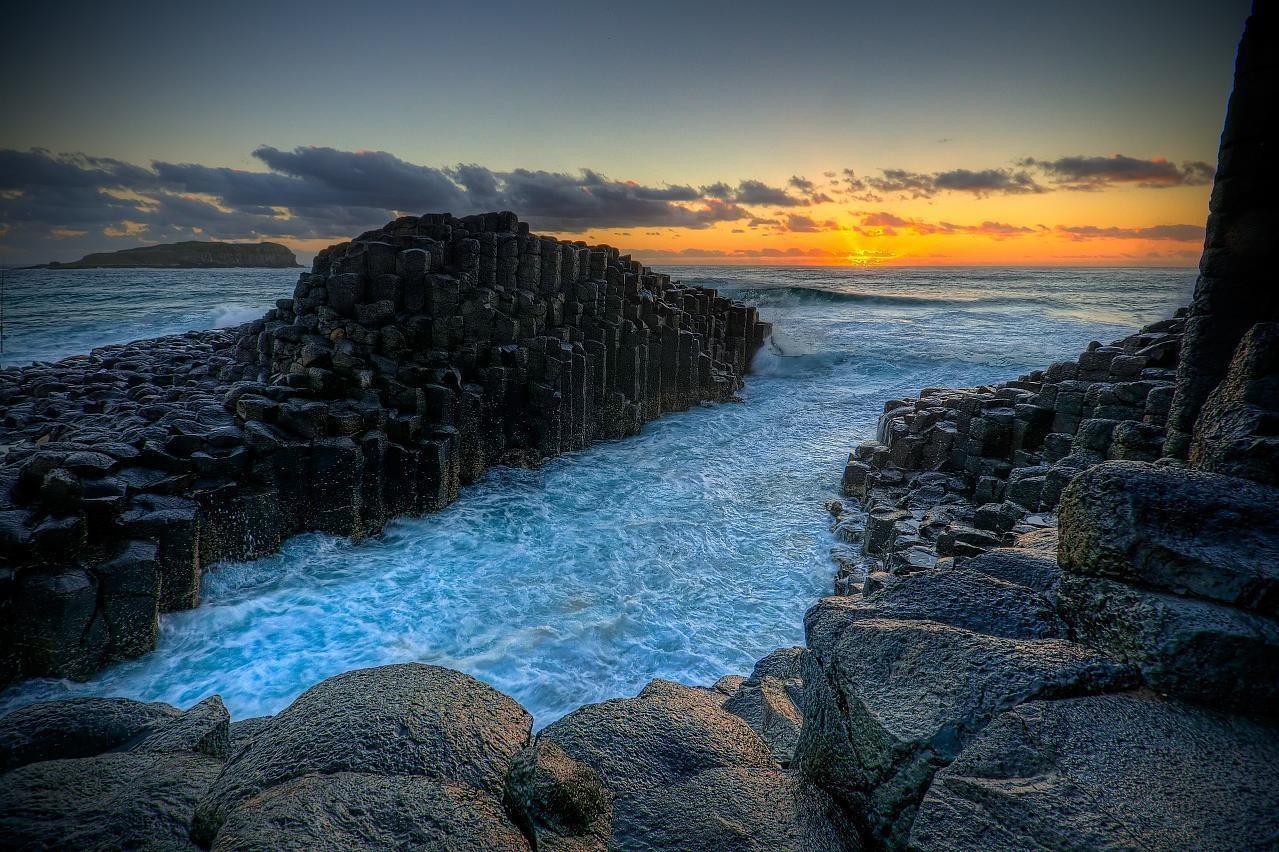 19. The Door to Hell – Turkmenistan

This terrifying spot was once a gas field, but the Soviets set it on fire. The fire has been burning for over 40 years, and shows real signs of stopping. 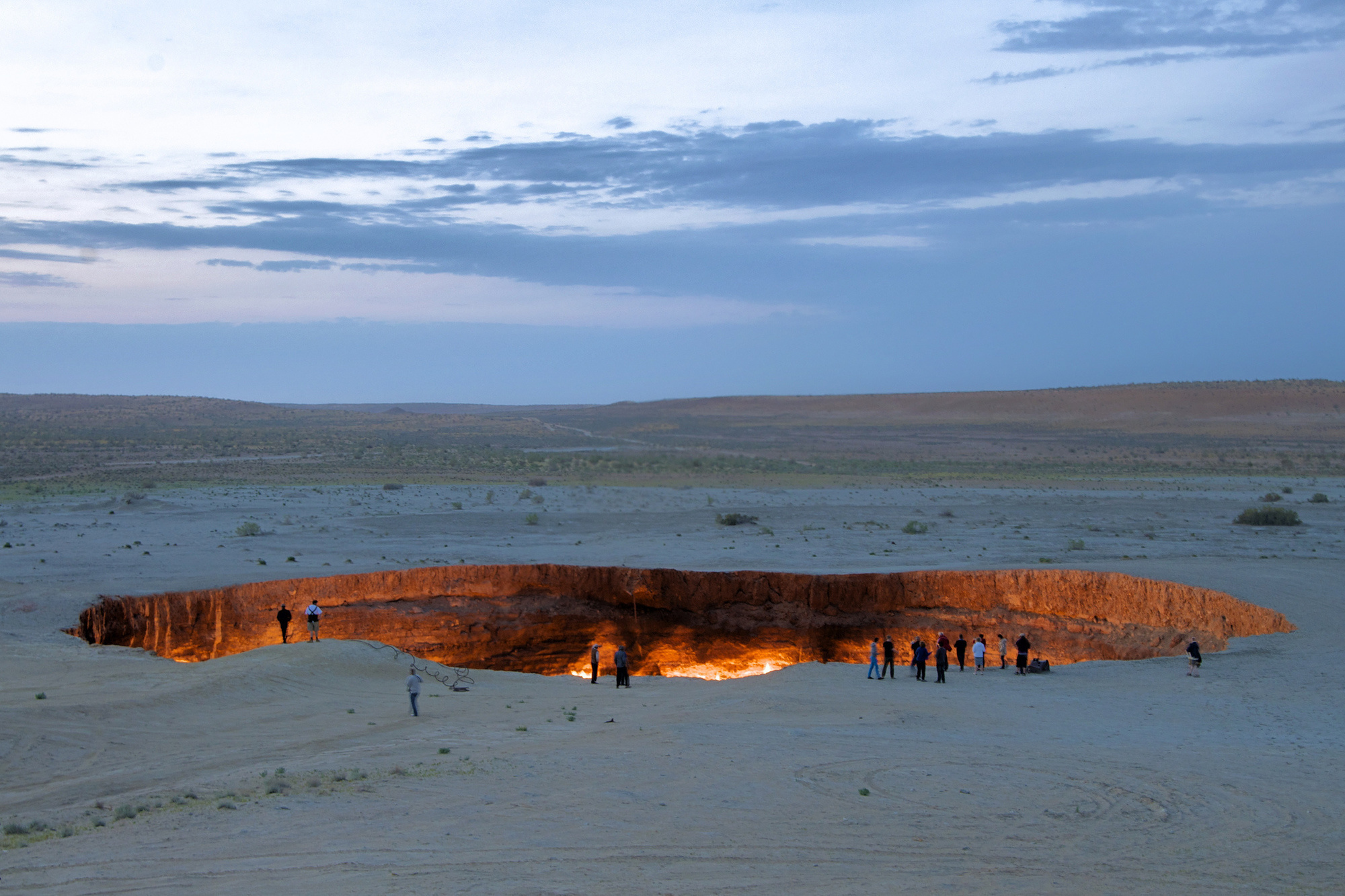 This is the work of Chilean sculptor Mario Irarrázaba. The artist is known for his works associated with human suffering and many feel that this sculpture captures the feeling of loneliness. 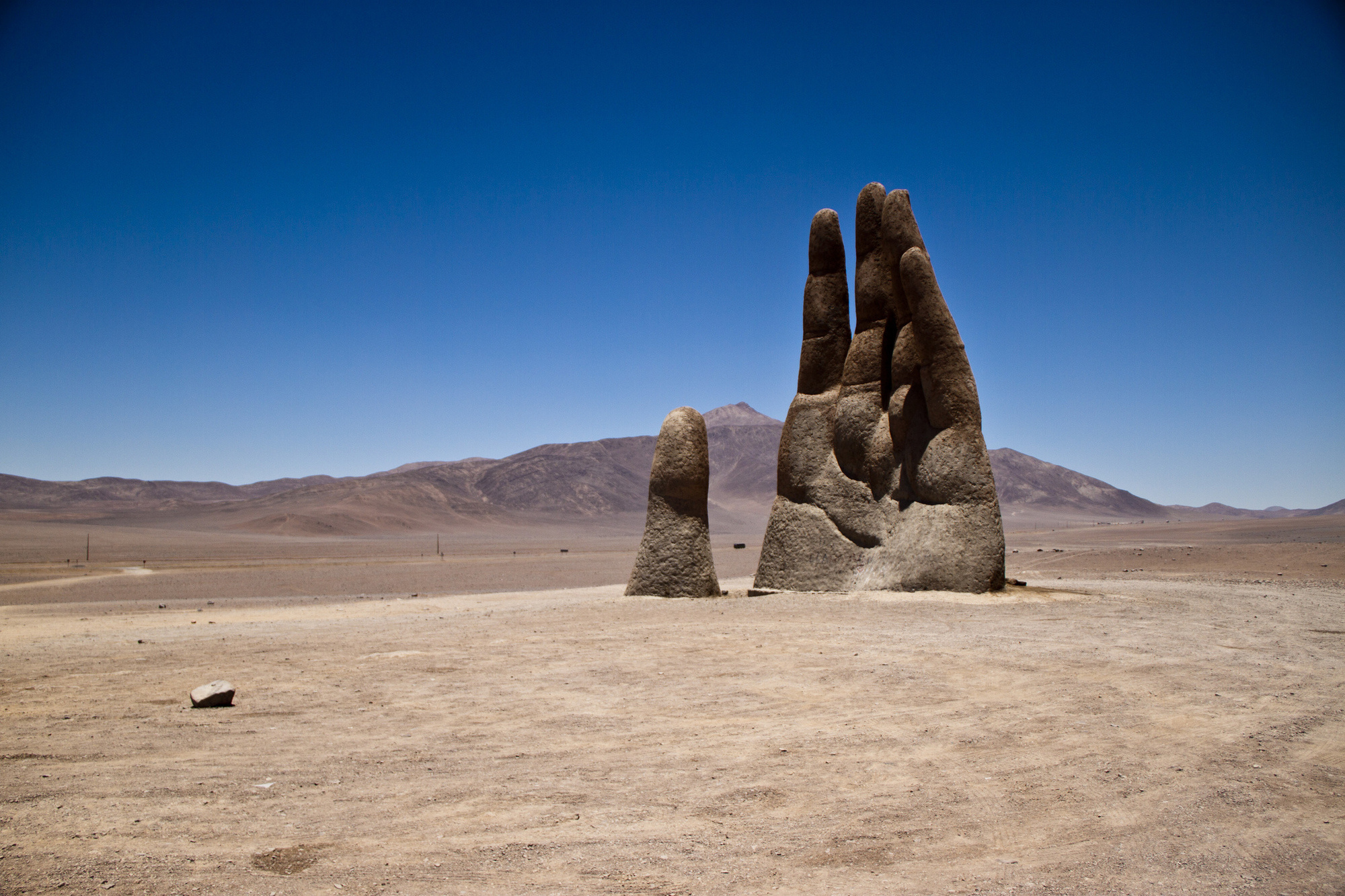 This strange-looking group of limestone summits was the inspiration for the floating mountains in the blockbuster movie Avatar. 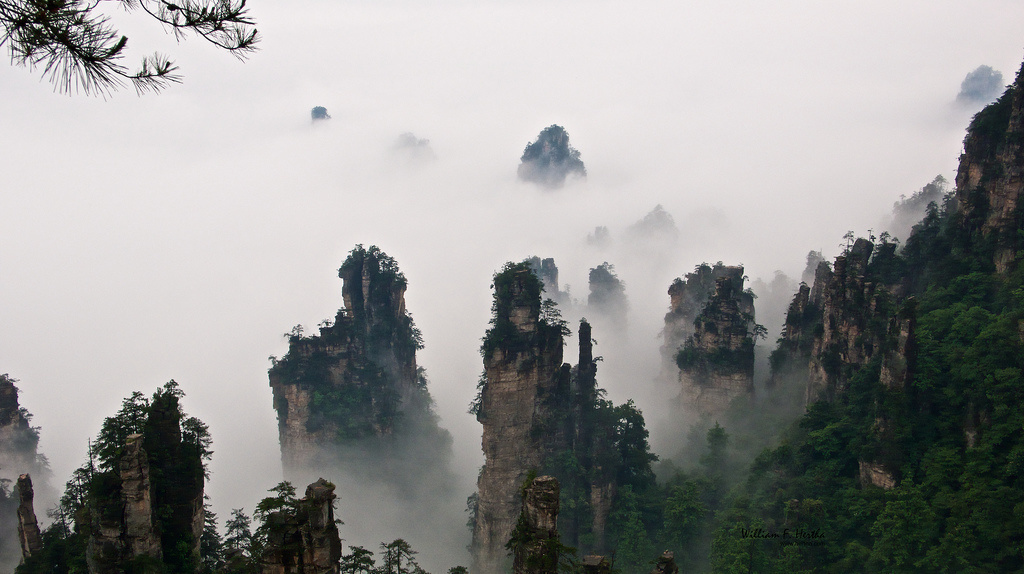 Also known as Spouting Horn, the surf in this area rushes int a sink hole and then shoots upwards with tremendous force. 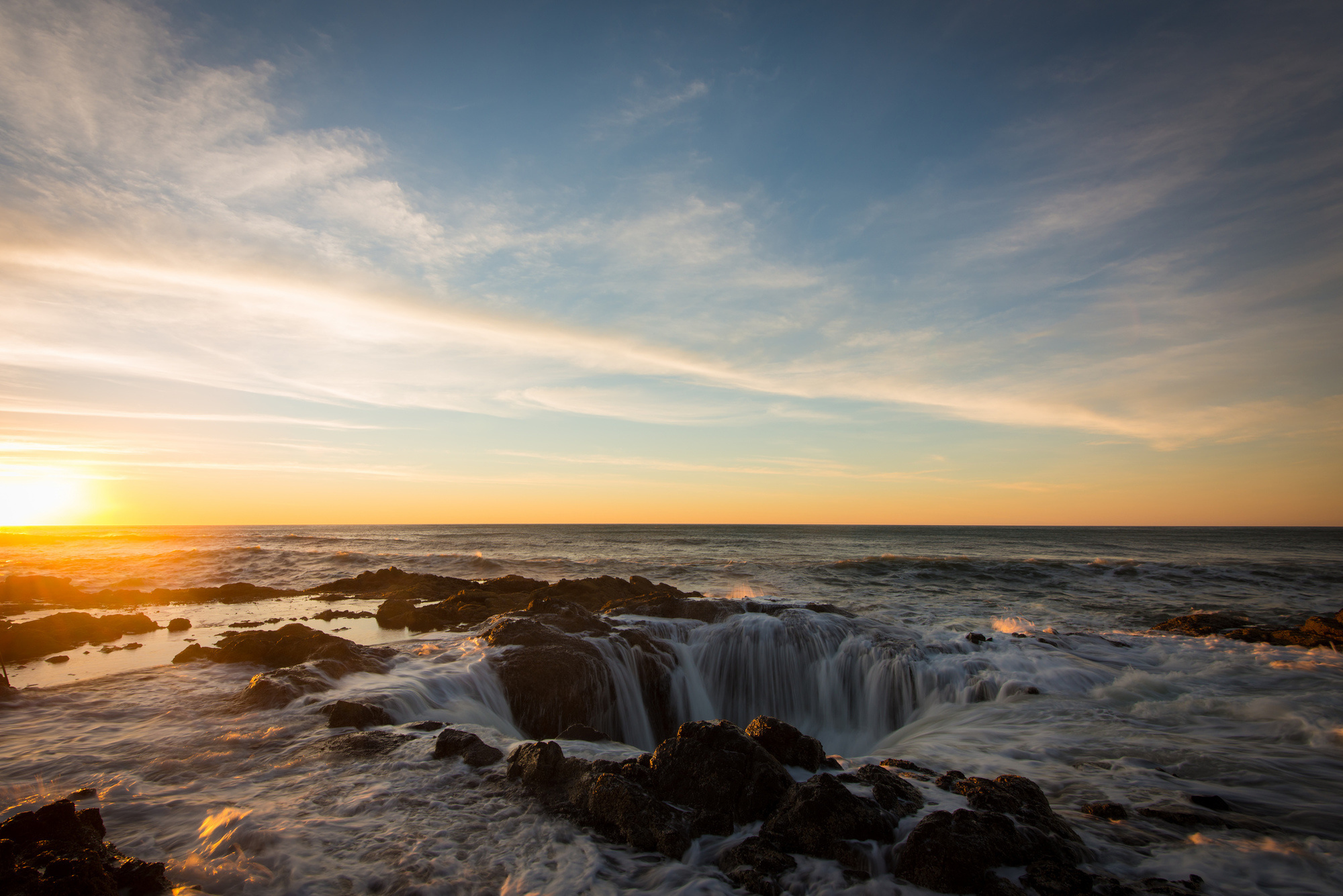 Pamukkale is a UNESCO World Heritage Site in southwest Turkey,. The site includes natural springs that run down limestone terraces and into thermal pools. 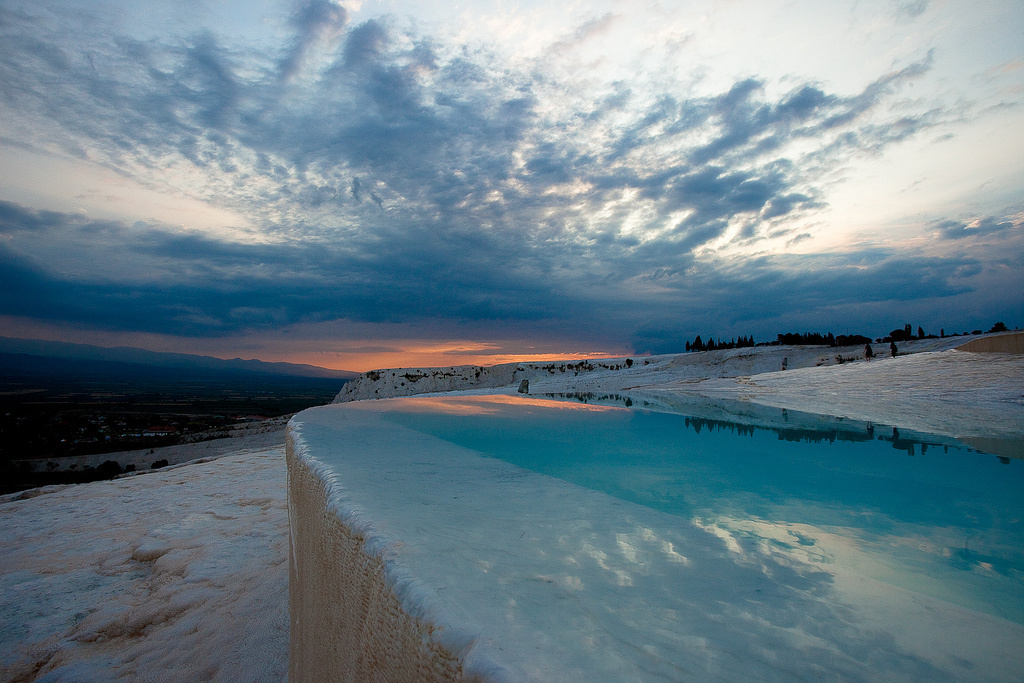 These megalithic stone jars span across Xieng Khouang Province in clusters, ranging from 1-100 jars per are. One theory is that the huge cylindrical jars were used in ancient funeral ceremonies. However, local legend claims that the jars were used to brew wine for giants. We like that second theory better. 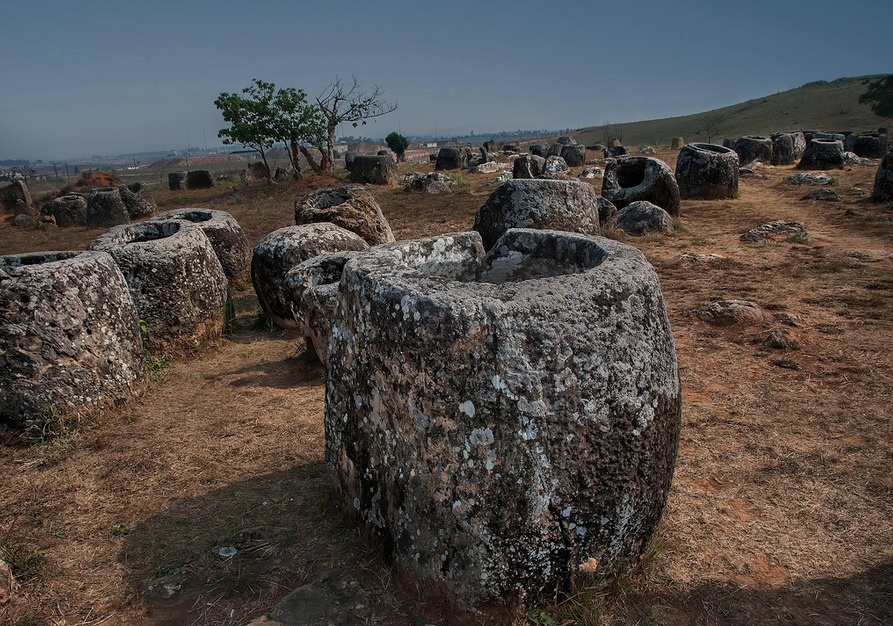 In the summer, Spotted Lake mostly evaporates. It leaves small, multi-colored mineral pools behind. Passersby can view this phenomenon on Highway 3, northwest of the small town of Osoyoos. However, people are not permitted to walk around the land itself. 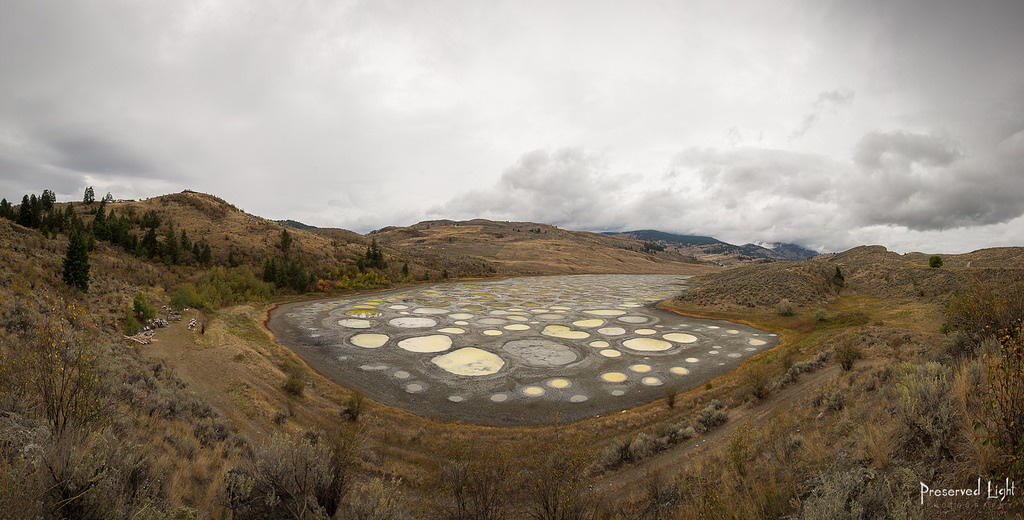 The Bosnian pyramids are a cluster of natural hills in central Bosnia. They are also the largest man-made pyramids in the entire world. 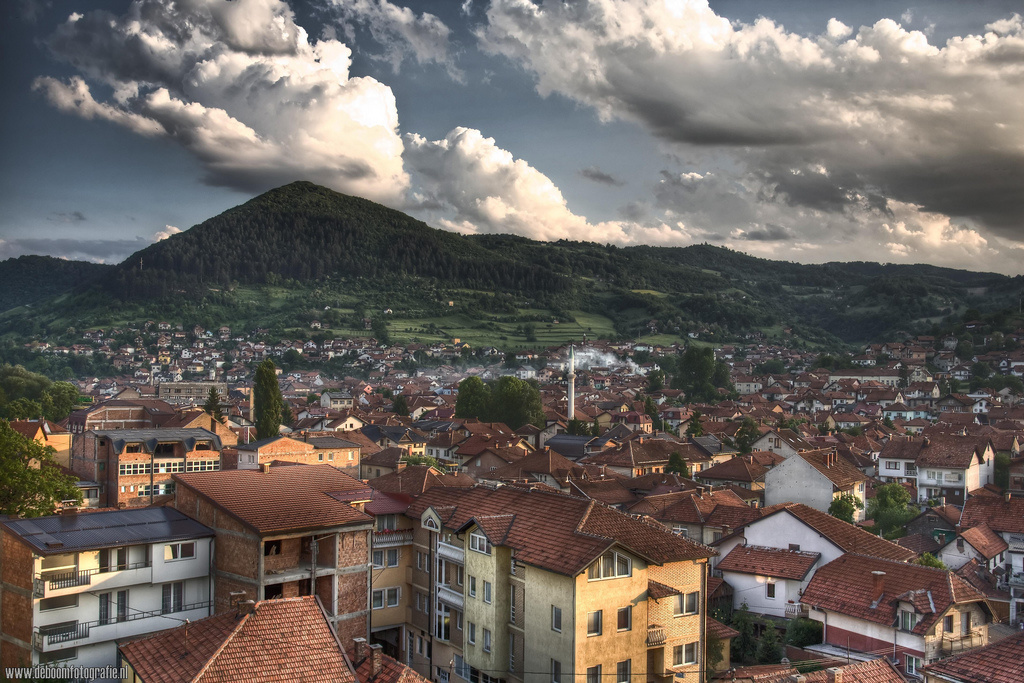 These terraces in Northern Iran have been developing over thousands of years. Travertine, a type of limestone formed from the calcium in water, has an unusual reddish color, making this place a true sight to behold. 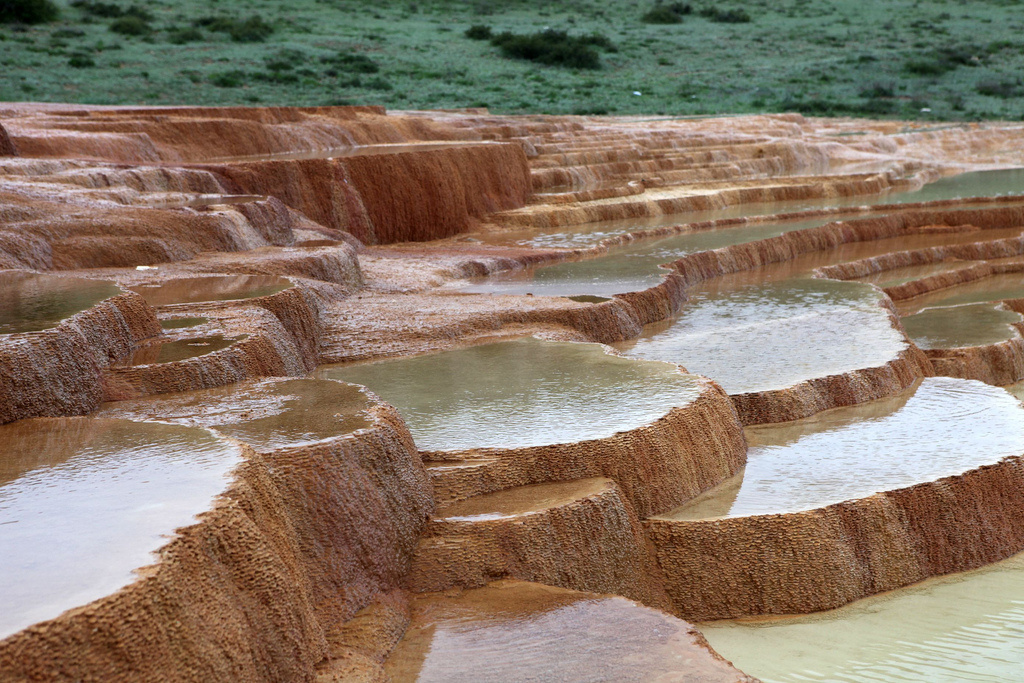 Over the years, the waves broke all the trash from this beach — including bottles and other glassware – into colorful pebbles. Now, this beach is a major tourist attraction. 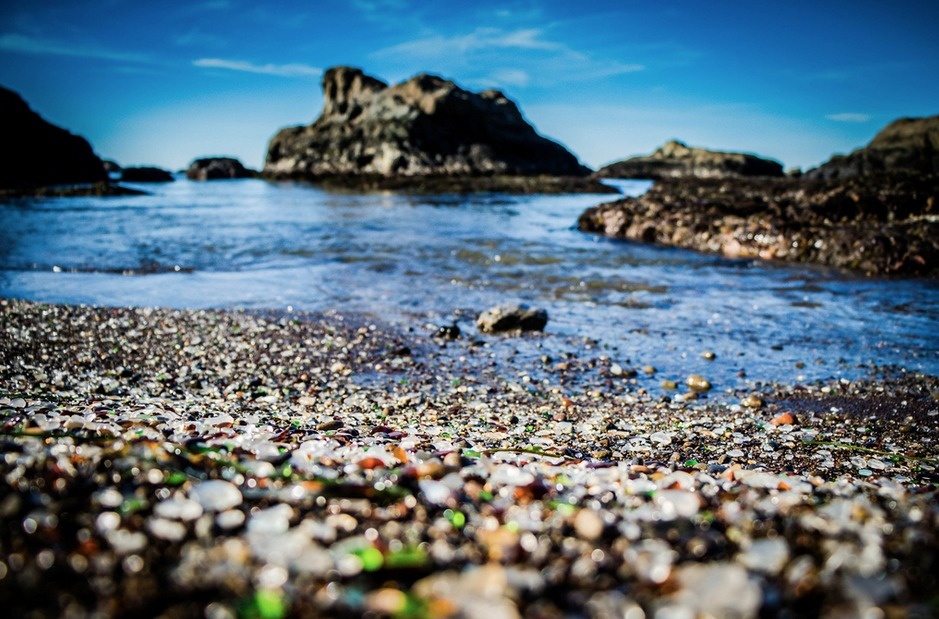 29. Island of the Dolls – Xochimilco, Mexico

According to local legend, a girl died in the canals surrounding this island. After her death, dolls began to wash onto its shores. The island’s only resident took to hanging the dolls in honor of the dead little girl. 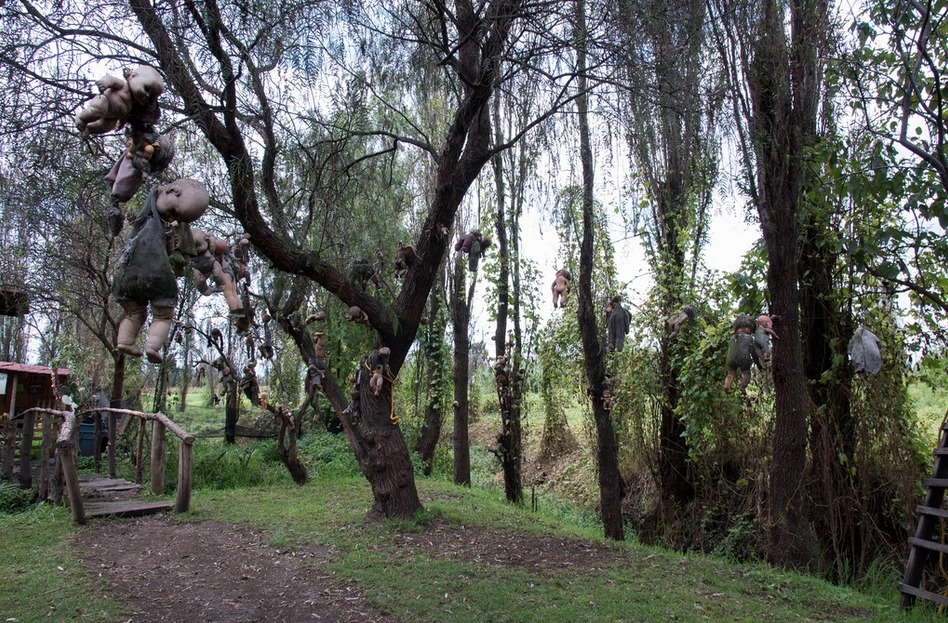 Created accidentally in 1964 after an energy company drilled down into geothermal waters, this geyser lies on private land at the edge of Black Rock Desert in Nevada The geyser erupts up to five feet high, and the mineral deposits left behind cause the rock around it to build at least several inches each year. 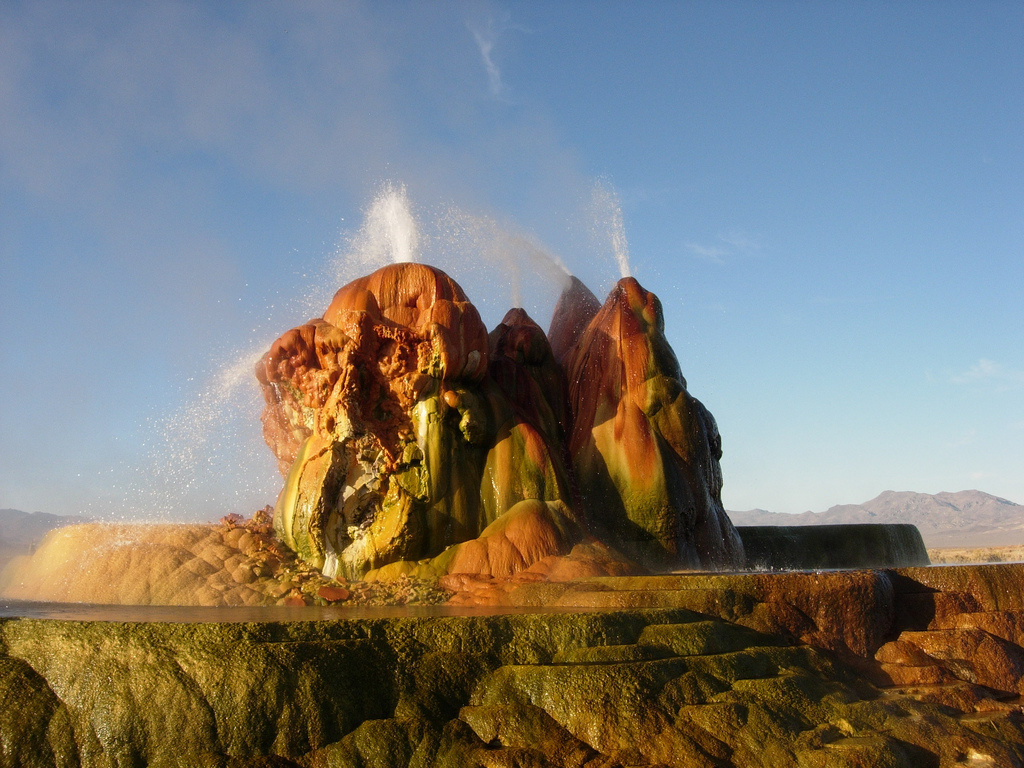