by Architect K.A.
Reading Time: 11 mins read
0 0
A A
27
SHARES
136
VIEWS
Share on FacebookShare on TwitterPin to Pinterest

If you love fairy tales and have a serious case of wanderlust, this bucket list was made for you. 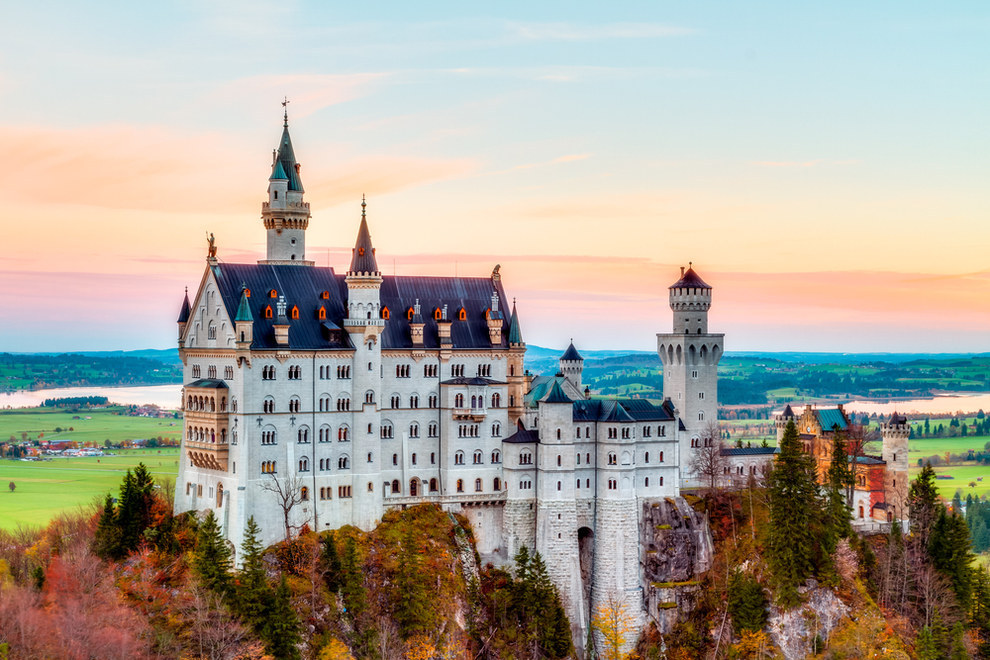 As a way to seek refuge and withdraw from public life, Ludwig II of Bavaria built this extravagant castle in 1868. Seven weeks after his death in 1886, the structure was opened to the paying public and has since become one of the most visited castles in Europe.Neuschwanstein is also the inspiration for the Sleeping Beauty castle in Disneyland, so it’s clearly magical! 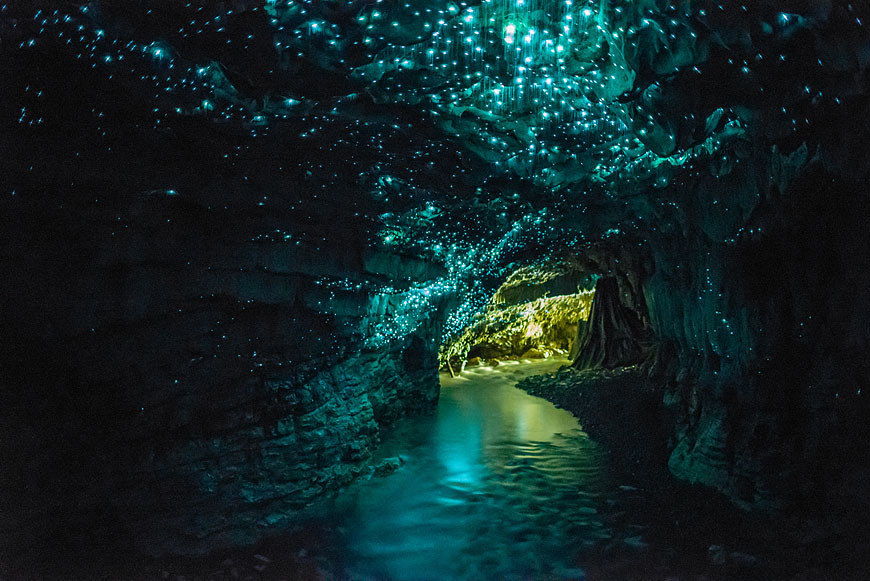 This specific spot in the Waitomo Caves is known as the Glowworm Grotto, a place where glowworms ignite a starry scenery on the ceilings and walls. This species is exclusively found in New Zealand and is around the size of a mosquito. 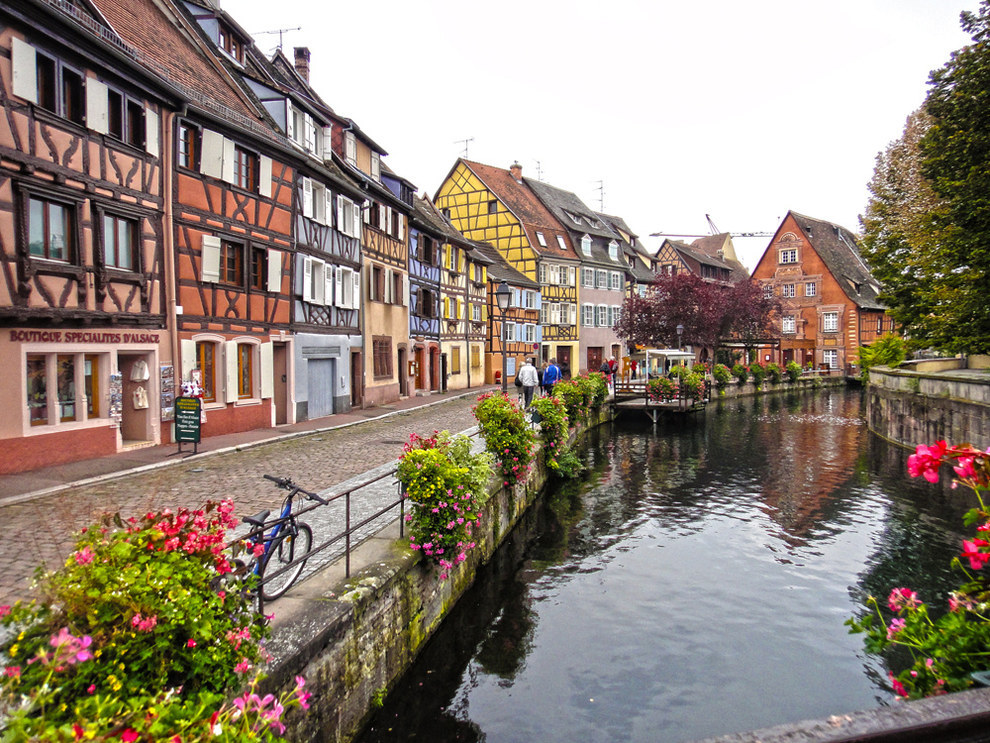 One of the most enchanting towns of France, Colmar is reminiscent of the provincial town of Beauty and the Beast, but better. In addition to being a quaint, charming place to visit, Colmar is also home to Musée Animé du Jouet et des Petits Trains, the Animated Museum of Toys and Modeled Trains. 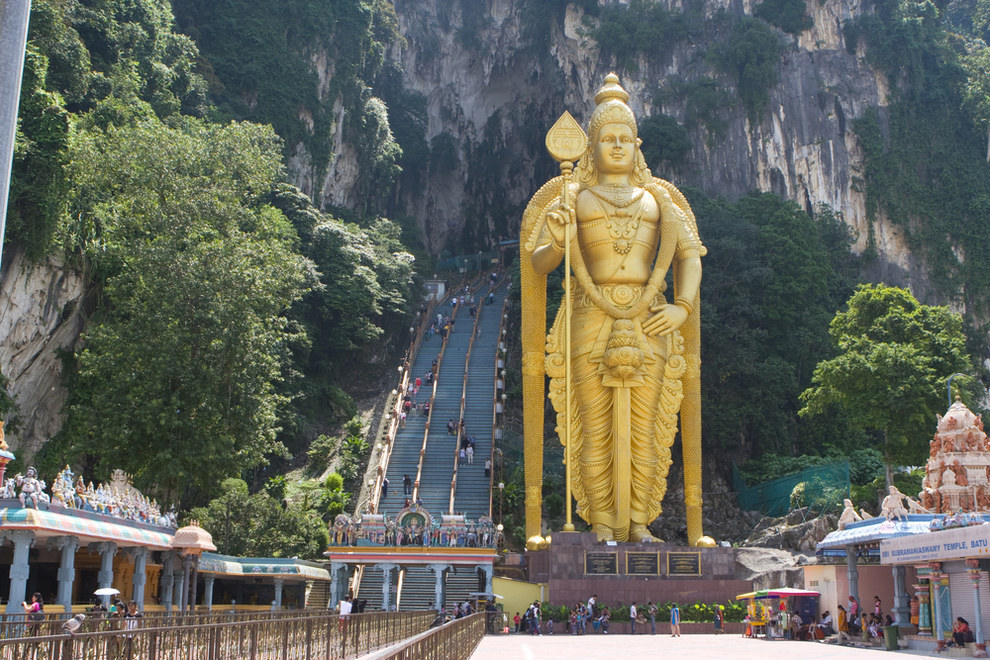 The Batu Caves are a series of chambers beneath limestone hills and date back to as many as 400 million years ago. At the base of the caves lies a giant 140-foot golden statue of Lord Murugan, the Hindu god of war, victory, wisdom, and love. Visitors reach the caves by stairs, a total of 272 steps, and enter an area filled with Hindu shrines where worshippers pay their respects. 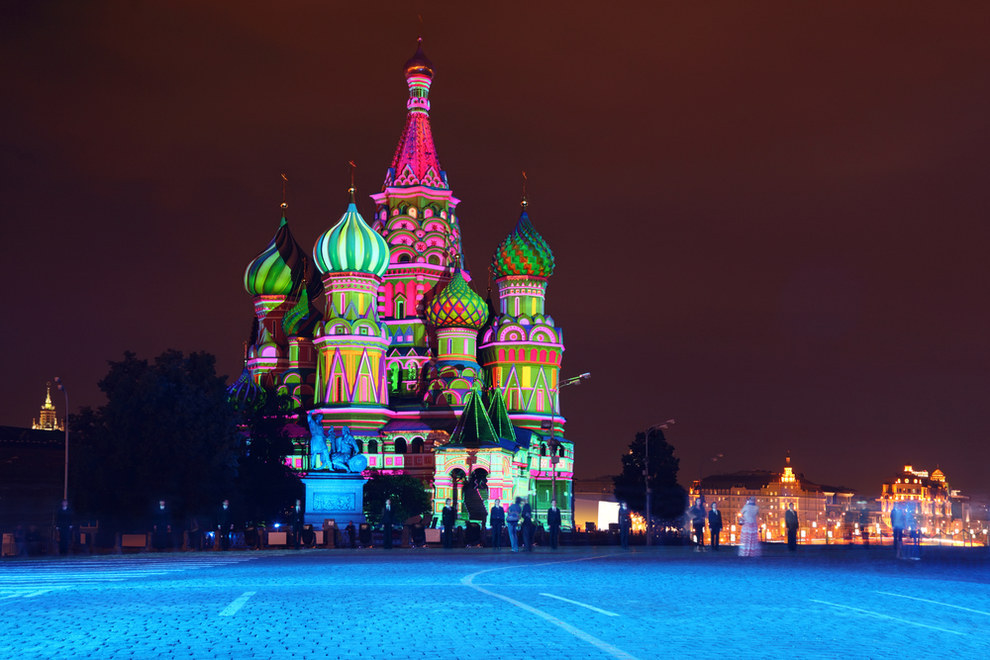 The Cathedral of Vasily the Blessed, located in Moscow, was formally a church but is now a museum. The spectacular range of bright colors and quirky architecture make it a whimsical must-see spot. 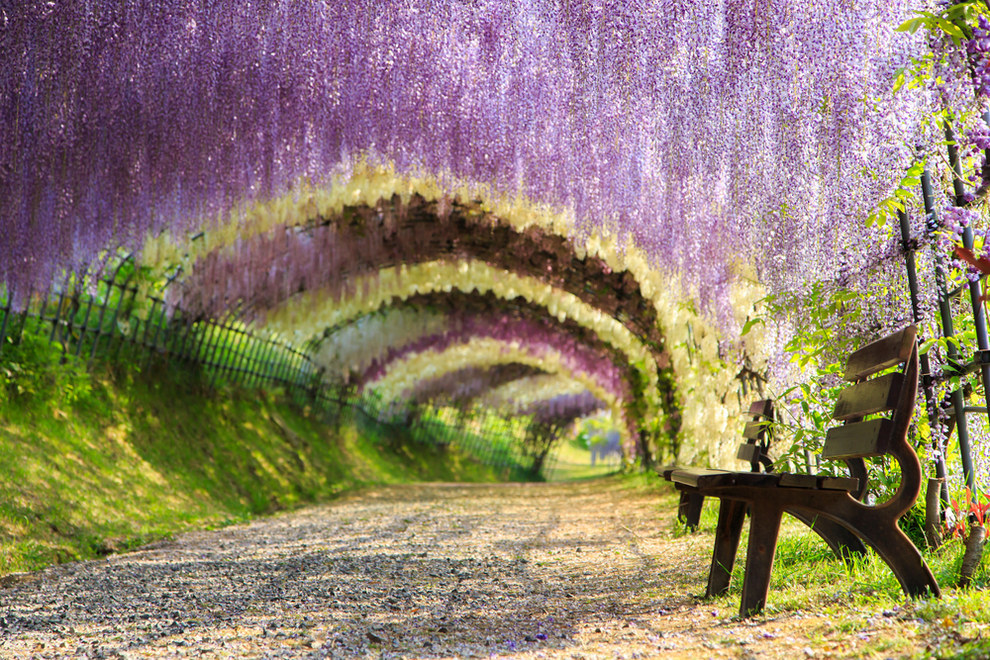 This breathtaking scenery of gorgeous flowers can be found at the Kawachi Fuji Garden in Kitakyushu, Japan. The best time to walk through the tunnel is late April to mid-May. If a stroll through here doesn’t make you feel like you’re in a Disney movie, nothing will. 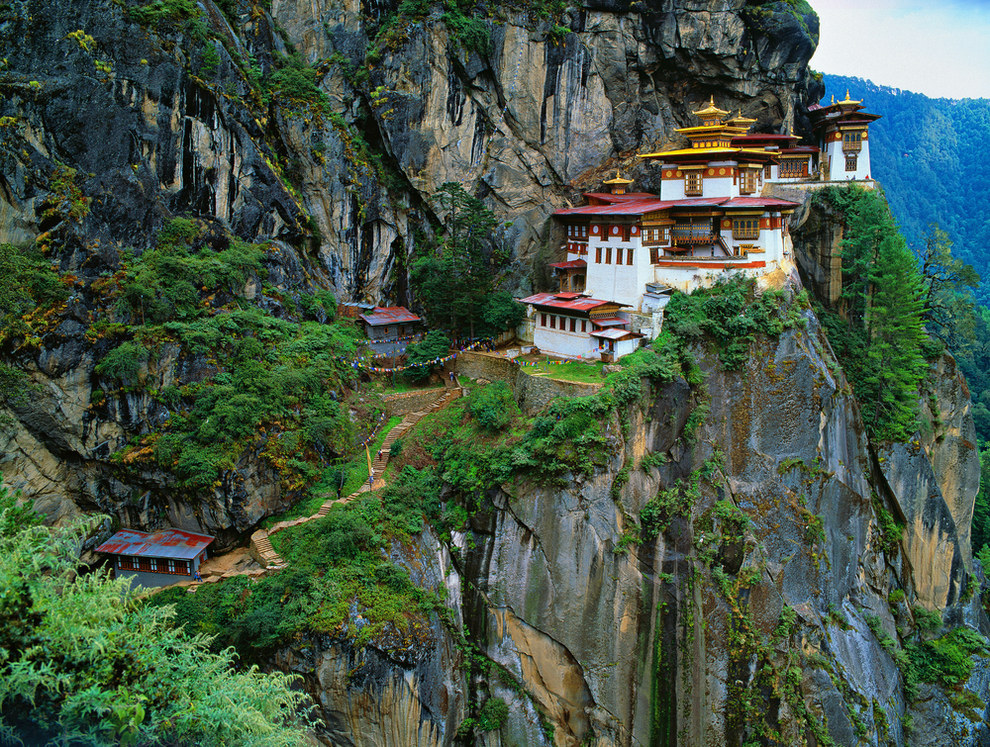 Known as the Tiger’s Nest, Taktsang Palphug Monastery is a prominent Himalayan Buddhist sacred site perched upon the cliffside of the Upper Paro Valley. Its unique location is alarming but captivating, making it worthy of a visit.

8. Cave of the Crystals, Mexico 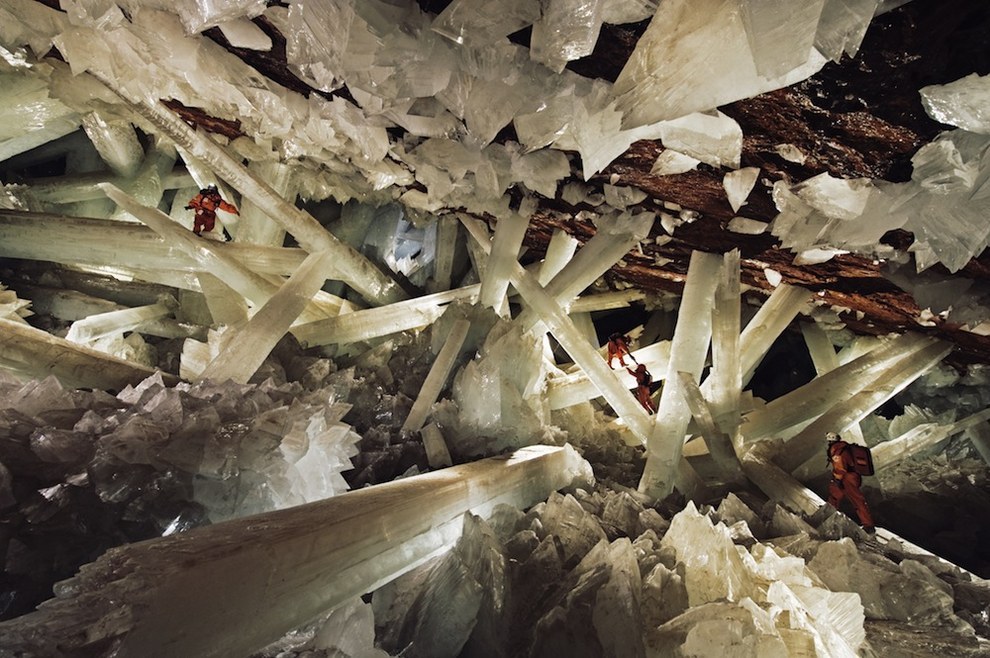 Located 980 feet below the Chihuahua Desert, this giant cave of crystals is home to the largest crystals discovered on Earth, the biggest being 39 feet long and 55 tons in weight. The cave is relatively unexplored, since the conditions of the atmosphere are tolerable for only 10 minutes or so (without proper equipment and protection). 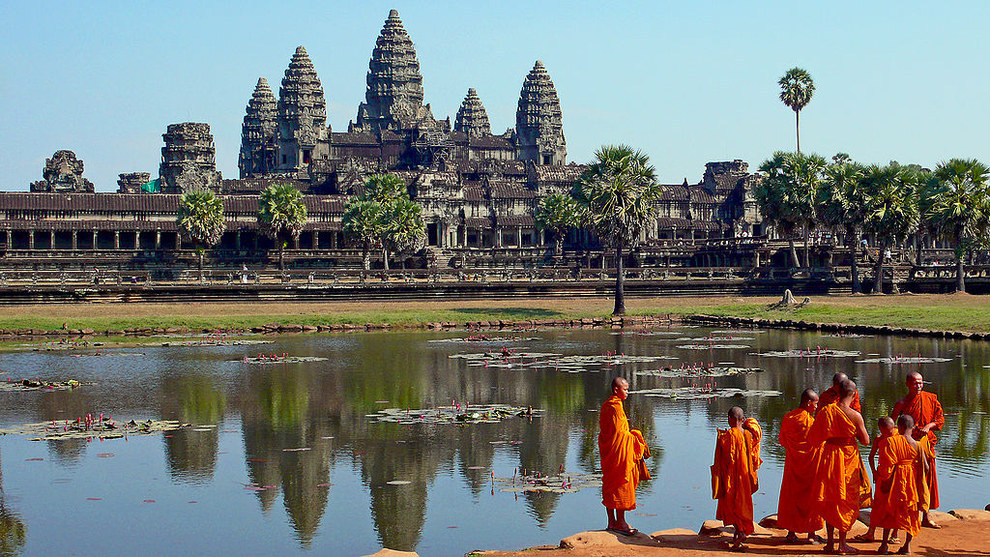 Angkor Wat, or “City of Temples,” is a significant religious center in Southeast Asia and is often thought of as a symbol of Cambodia. Beyond its architecture, the mossy residue and overgrown vines give it an ancient appeal, hiding centuries of historical memories. 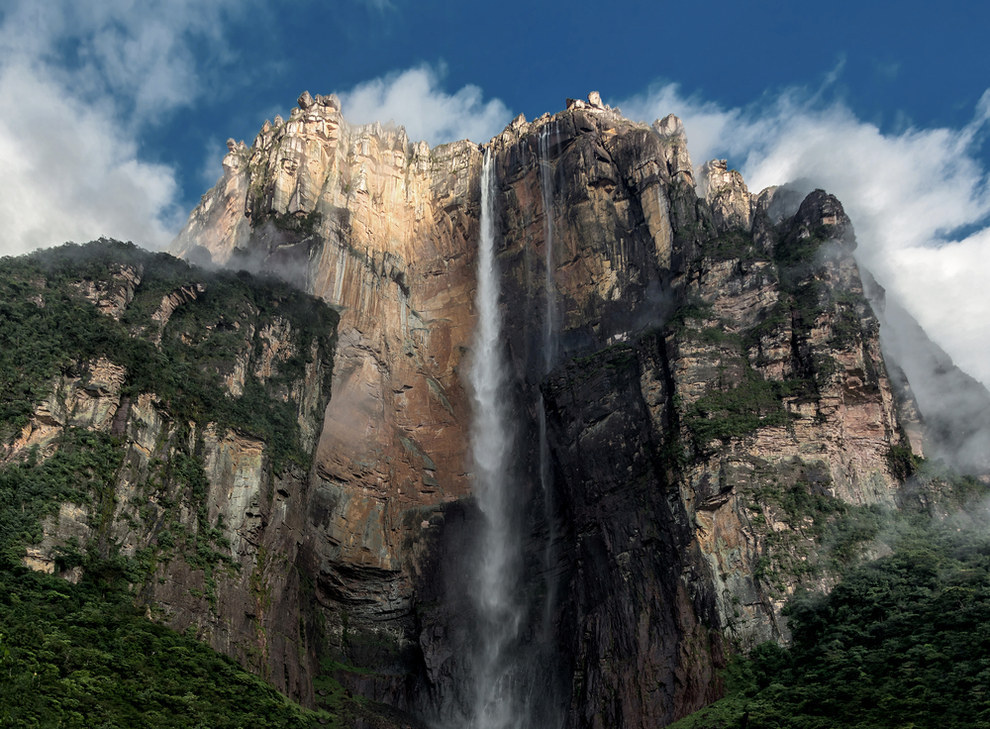 With a plunge 15 times the height of Niagara Falls, Angel Falls streams from the tabletop mountain called Auyantepui. The site was named after Jimmy Angel, a U.S. aviator who was the first known person to fly over the falls. His ashes were scattered there in 1960. In addition to its undeniable beauty, you may notice that the area is similar to Paradise Falls from Disney’s Up, a clear inspiration for the movie. 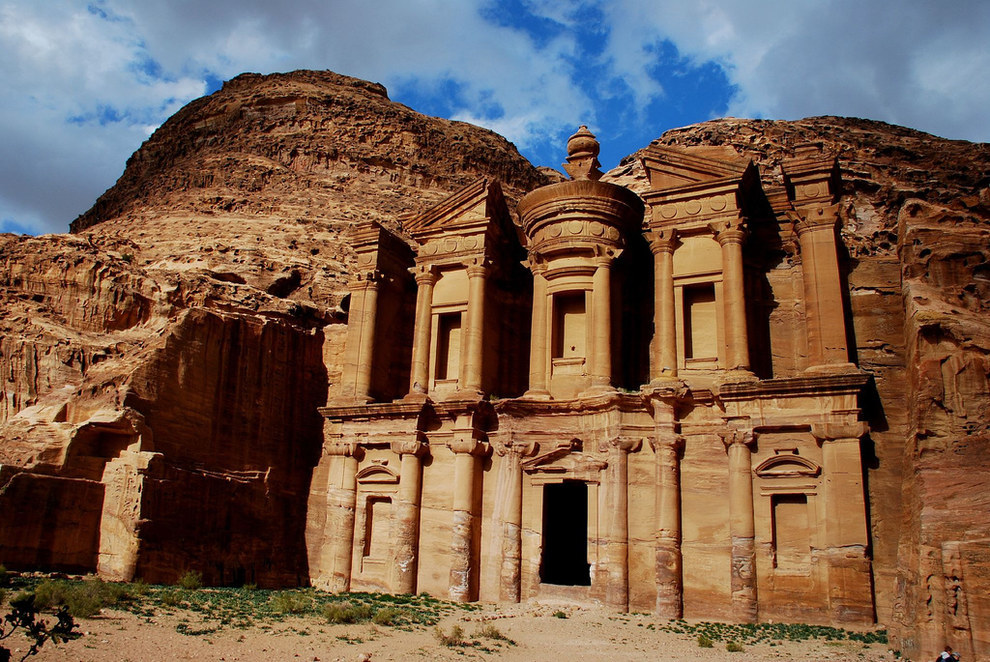 More than 2,000 years ago, the Nabataeans built the town of Petra into the mountains, now the most-visited tourist attraction of Jordan. Petra is also known as the Rose City due to the color of the stone from which it was carved. This significant example of ancient civilization shows just how astonishing the world can be. 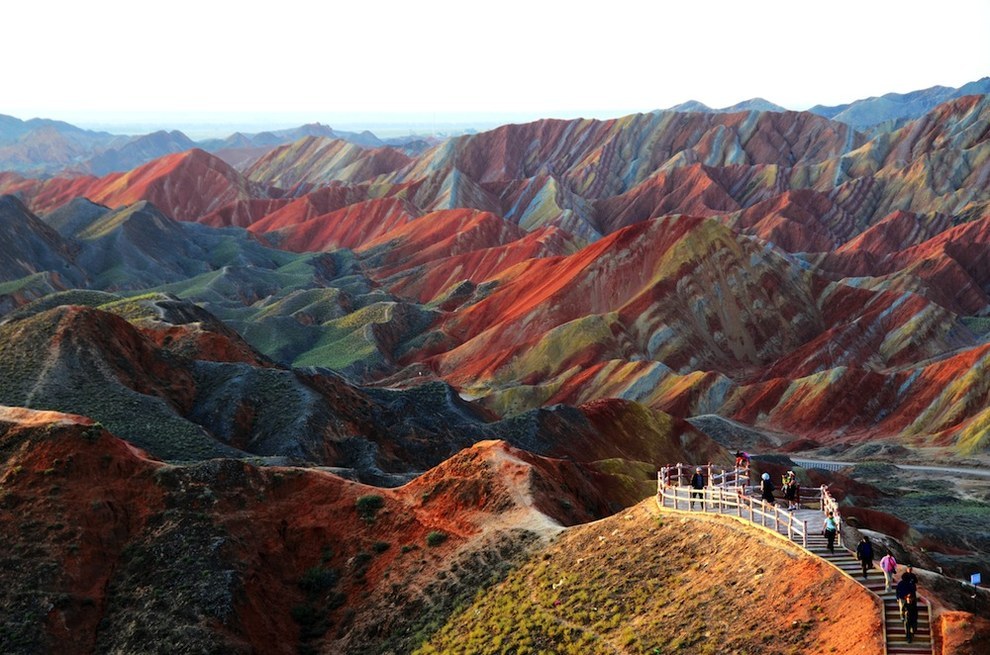 What looks like a canvas of extraordinary color is a range of mountains in China. The rainbow formation is the result of red sandstone and mineral deposits being laid down for over 24 million years.

An island commune in Normandy, France, Mont Saint-Michel is known as the “Wonder of the West” and attracts 3 million visitors per year. The Kingdom of Corona from Disney’s Tangled was modeled after Mont Saint-Michel and is just as magical as the real thing. 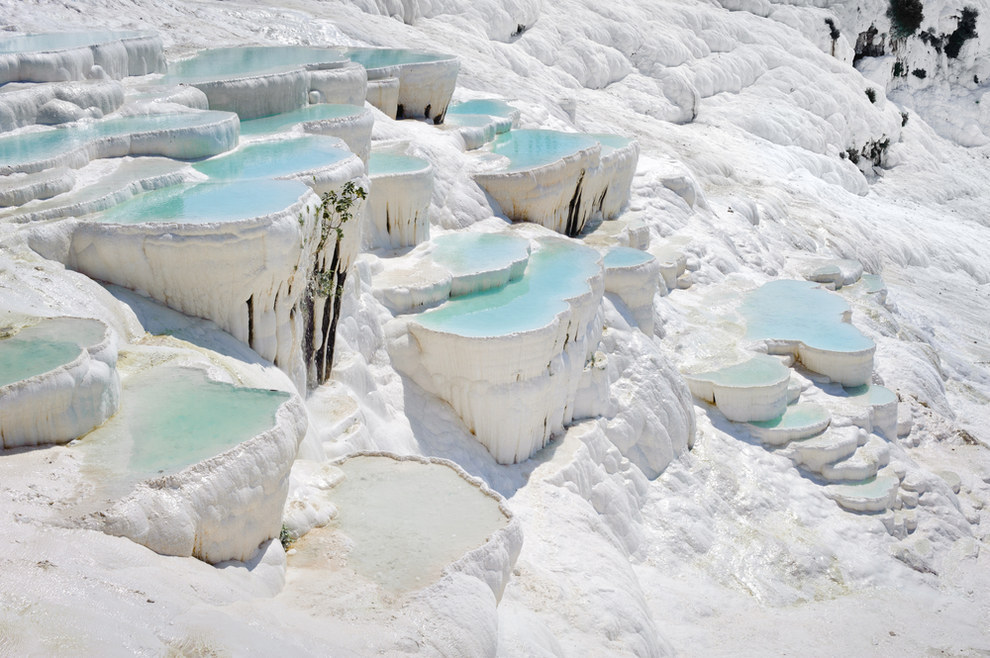 Pamukkale, or “Cotton Castle,” is a natural site in southwestern Turkey that is home to hot springs and travertines, terraces of carbonate minerals left by the flowing water. People can relax in the small turquoise pools of bliss, but the terraces themselves are restricted to preserve the site. 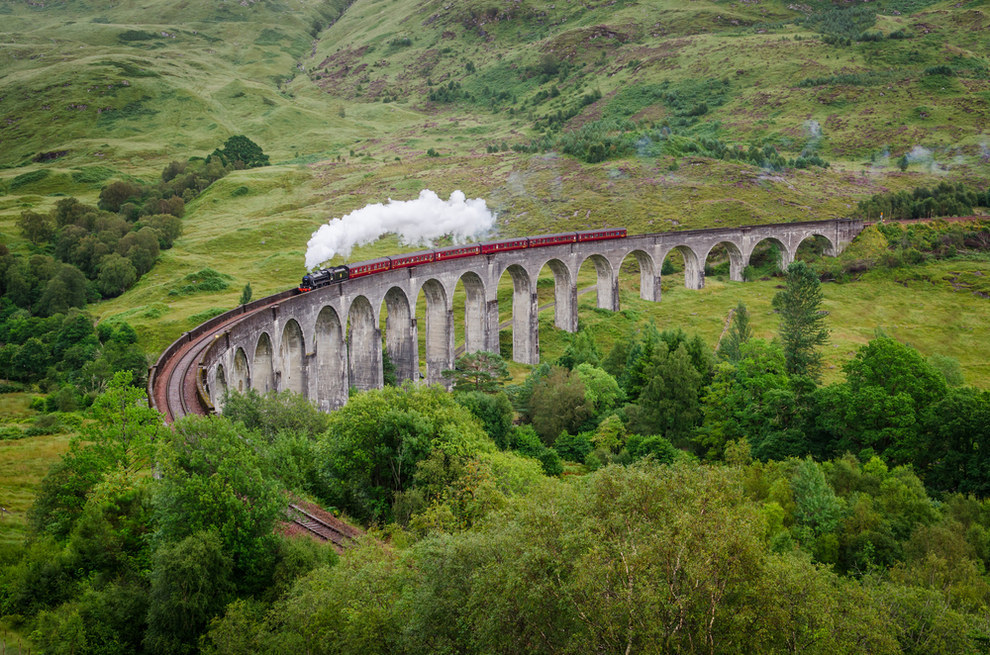 This 21-arch single-track viaduct is a railway in Scotland that was built in 1898. Harry Potter fans may recognize the structure, as it was used in three HP films when the Hogwarts Express carried wizards and witches to Hogwarts. 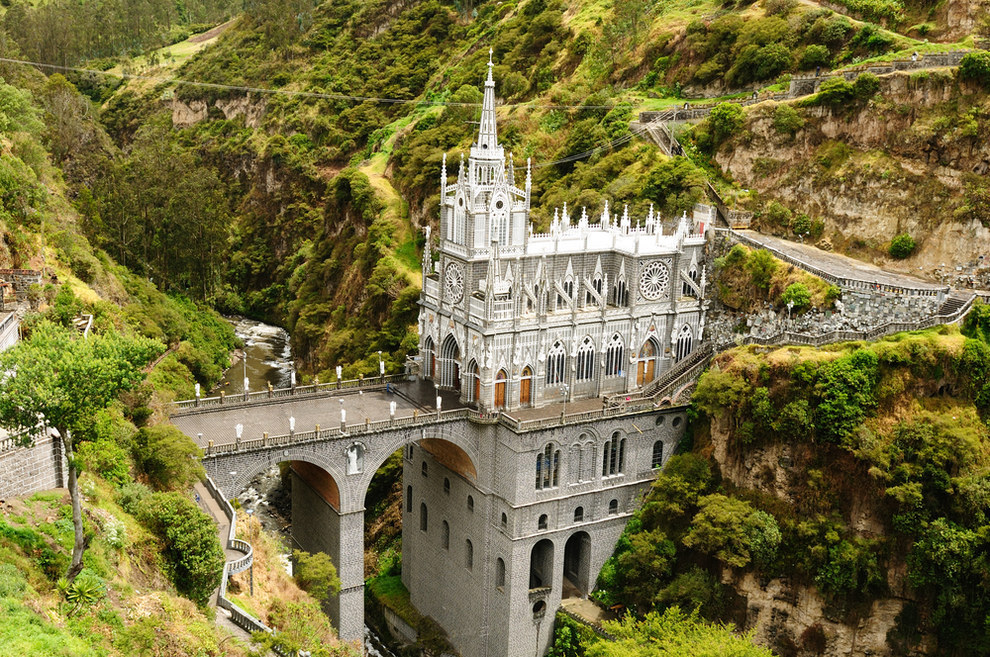 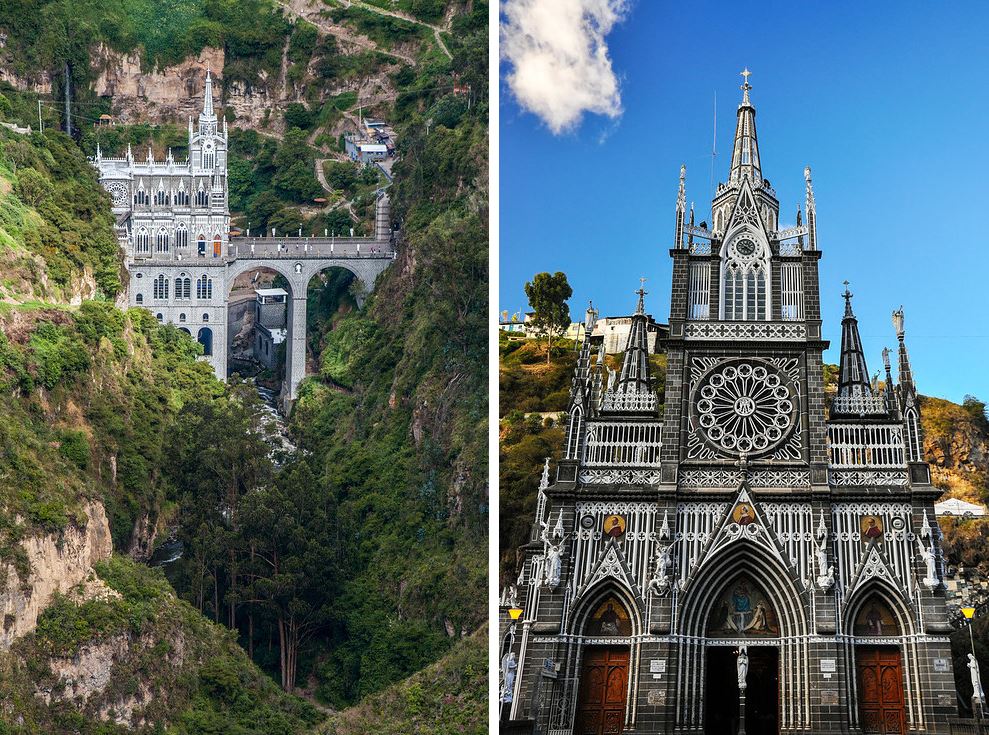 Built between 1916 and 1949, this wondrous basilica church stands on a canyon in southern Colombia. This gorgeous structure surrounded by a pool of green is both striking and mystical. 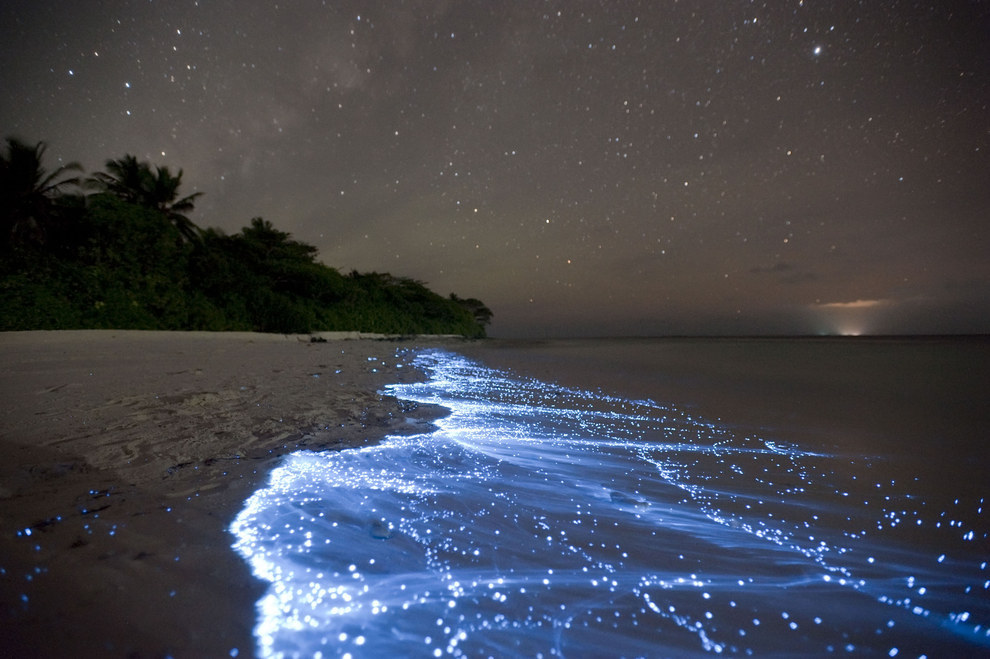 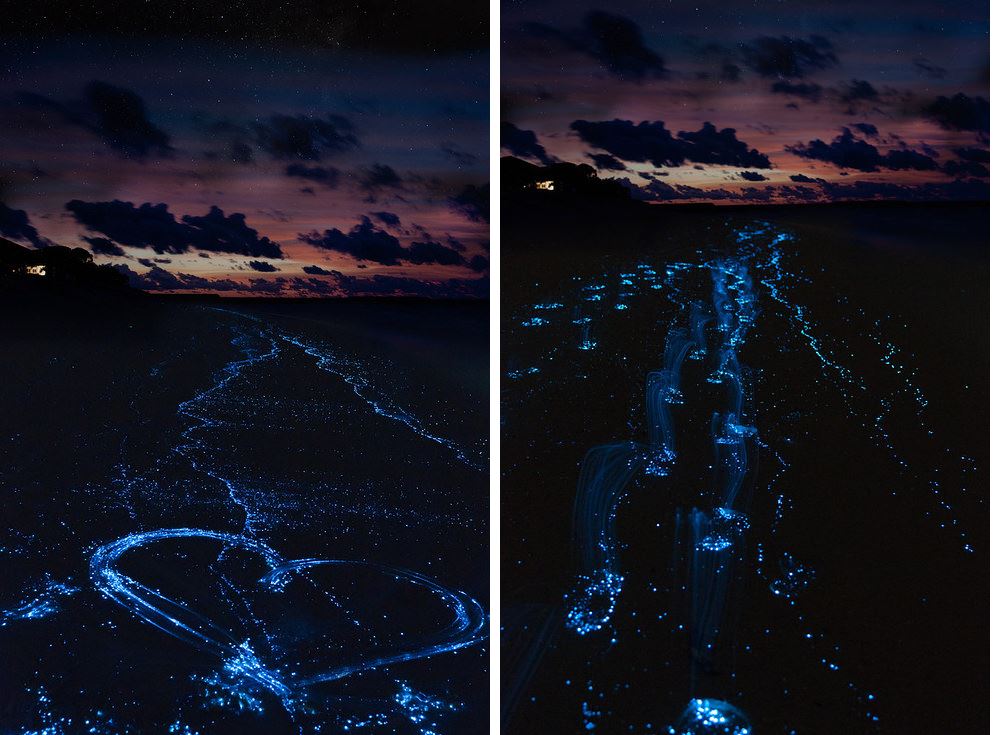 What appears as a mirror image of the stars above, the bioluminescence in the water is actually due to marine microbes called phytoplankton. The effect it has on the shore is absolutely breathtaking and it encapsulates everything you’d imagine to be in a fairy tale. You can also experience this magical effect in Vieques, Puerto Rico. 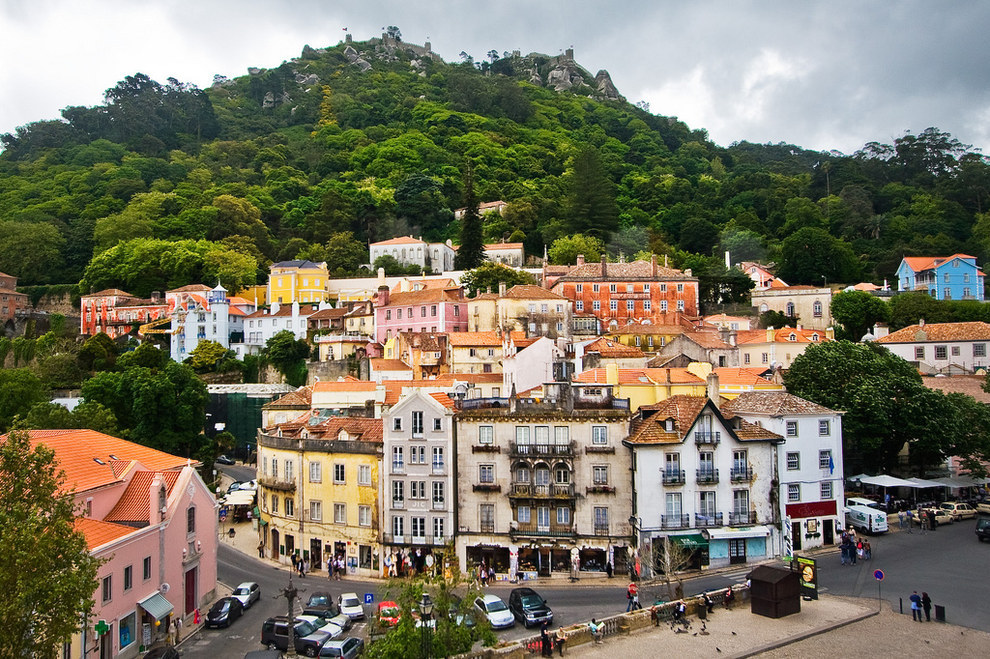 The charming town of Sintra is often recognized for its 19th-century Romantic architecture and the royal estates and castles. The Pena National Palace (pictured on the right) sits on top of a hill above the city and can be seen from Lisbon on a clear day.

20. Avenue of the Baobabs, Madagascar 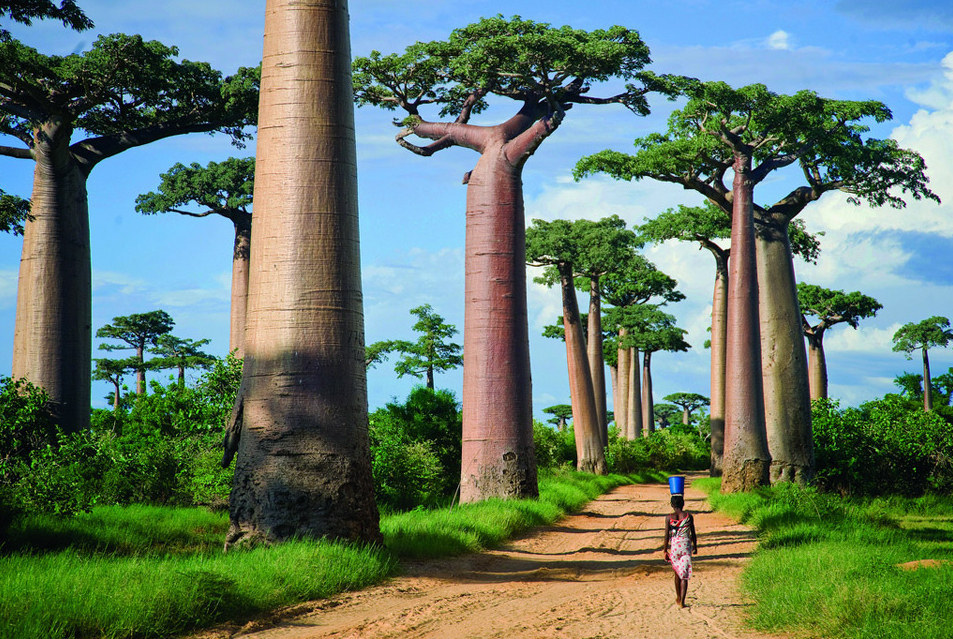 This alley of towering baobab trees lines the dirt road in the Menabe region of Madagascar and has become one of the most popular spots for tourists in the area. 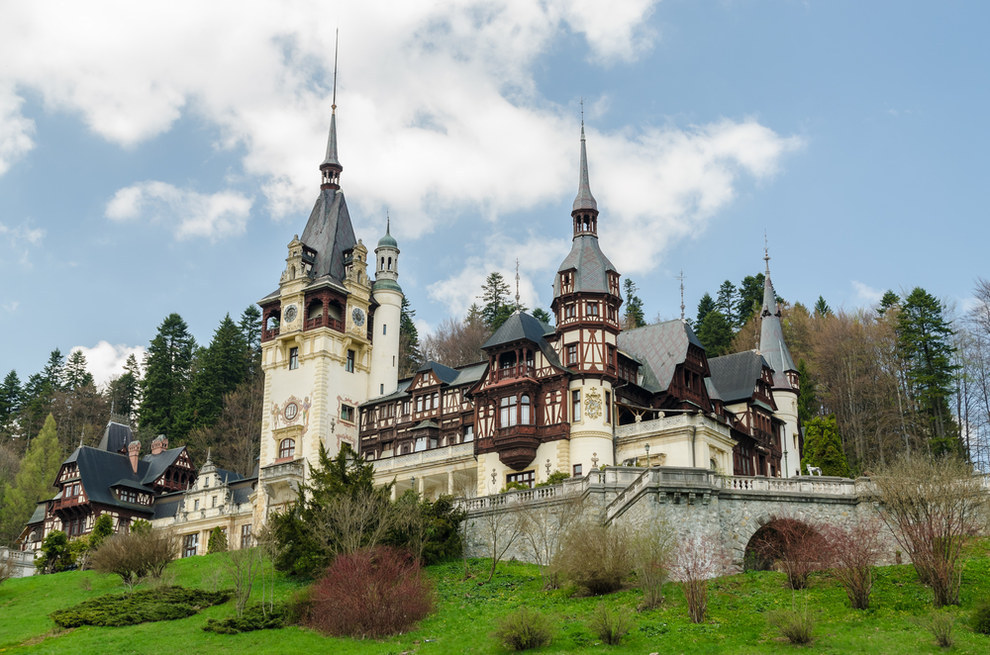 This Neo-Renaissance castle is located in the Carpathian Mountains, built between 1873 and 1914. The Peleş Castle was built at the initiative of King Charles I, with the purpose of serving as a summer home. The outside of the castle has a charming feel to it, but the inside is very royal-esque. 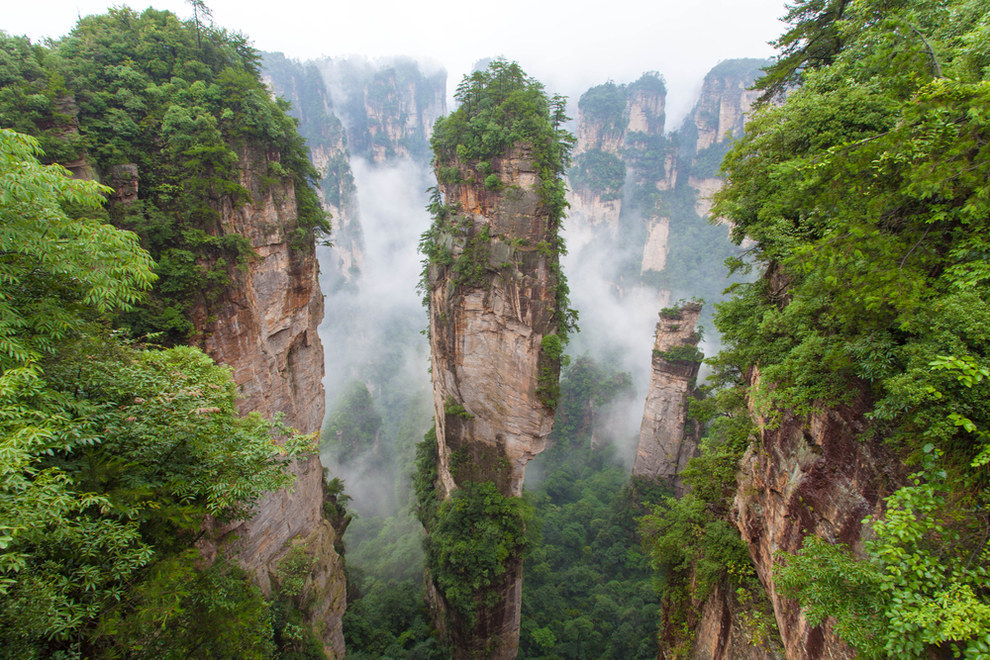 In ancient times, this forest was deemed remote and inaccessible, but it has since become a must-see destination in Hunan, China. The unique mountains are often compared to the floating mountains of Pandora from the movie Avatar. 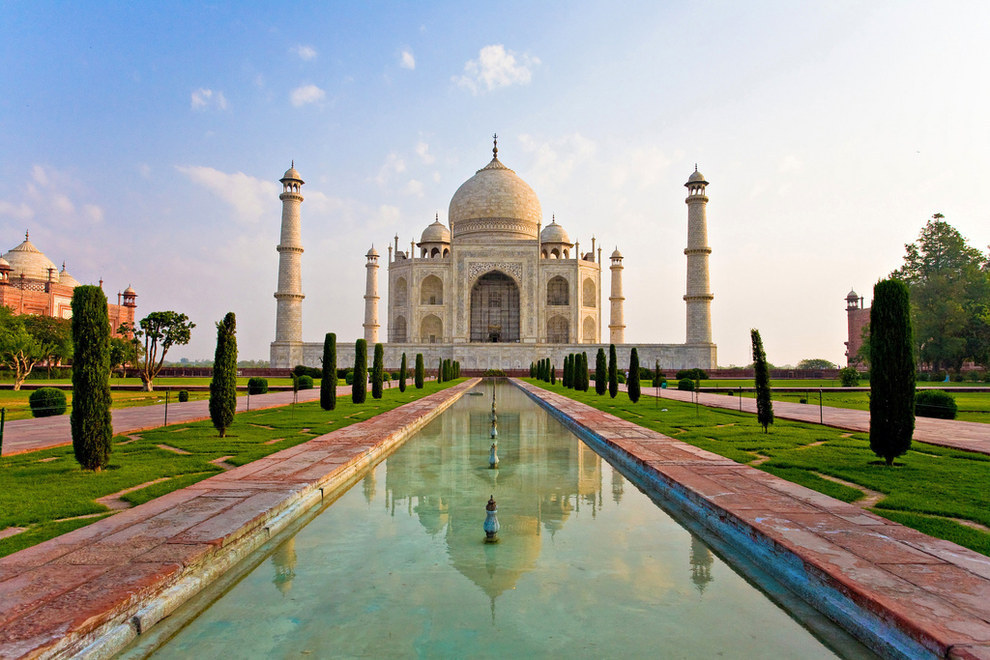 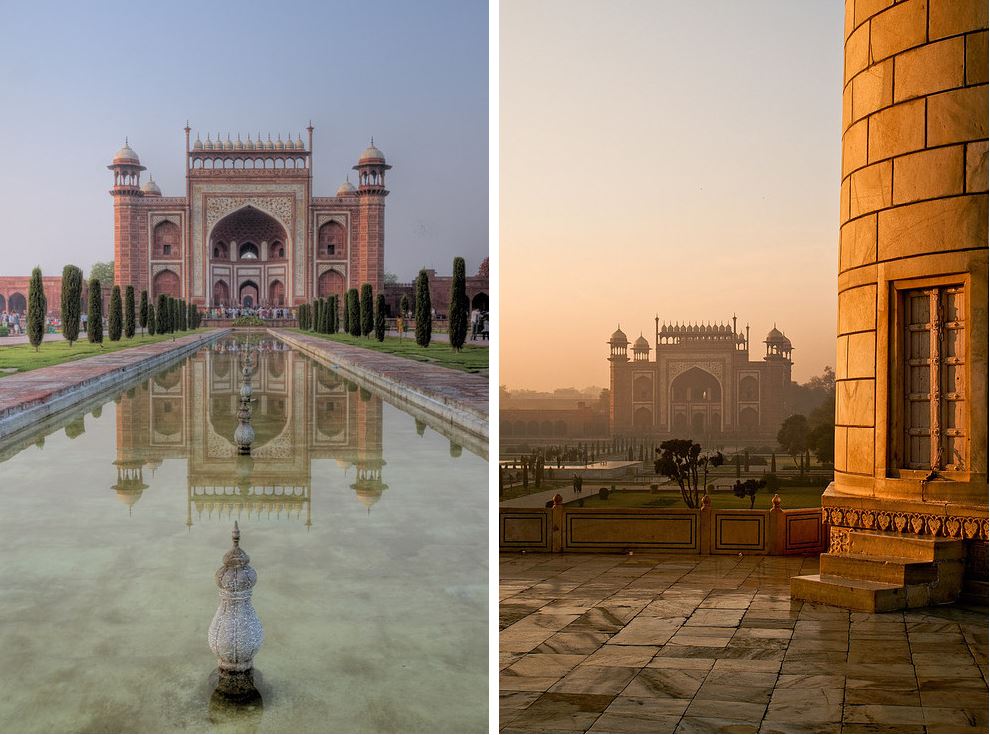 This white marble mausoleum of Agra, India, is considered the jewel of Muslim art and was also the inspiration for the Sultan’s Palace in Disney’s Aladdin. The Taj Mahal was built between 1632–1653 by the Mughal emperor Shah Jahan in memory of his third wife, and has since become a universally admired masterpiece of the world’s heritage. 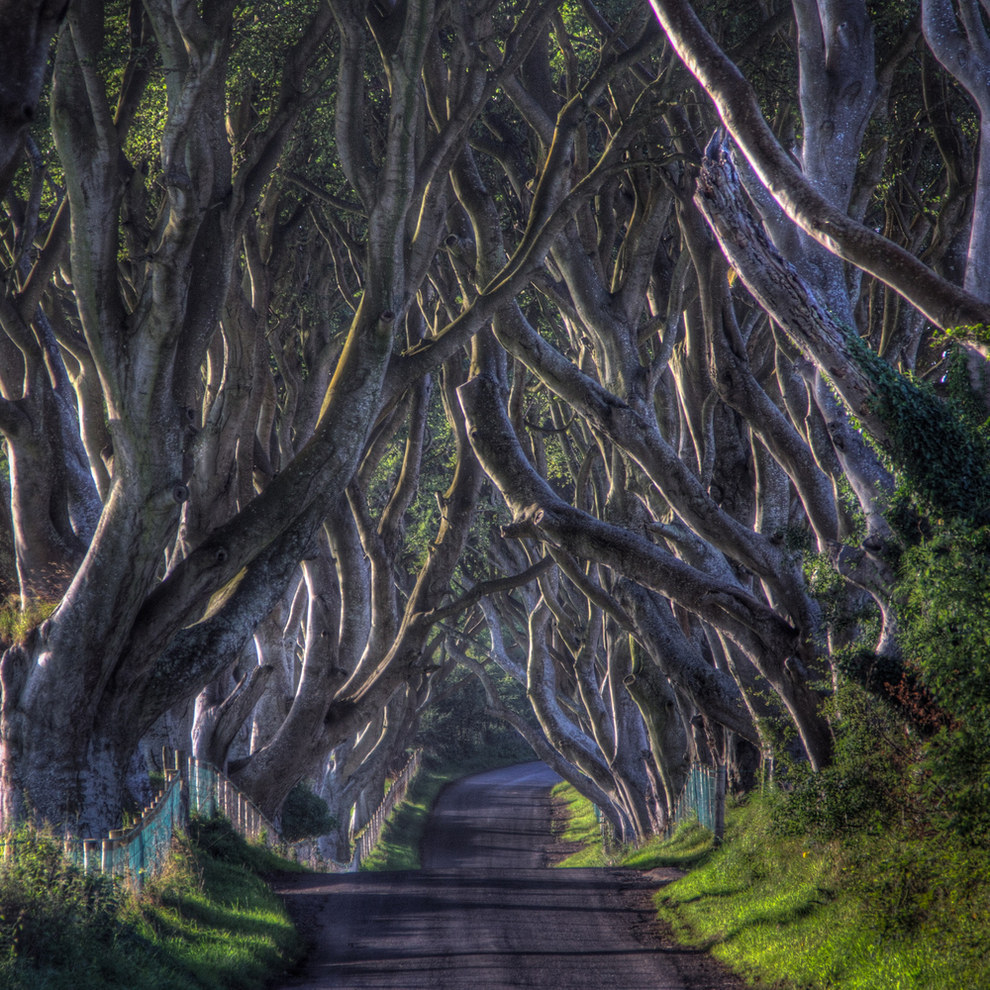 A fantasy-like avenue of beech trees, the Dark Hedges was planted in the 18th century by the Stuart family to impress visitors upon the entrance of their home. The road is known to be haunted by the Grey Lady, who appears at dusk. The HBO show Game of Thrones has also made a special appearance here. 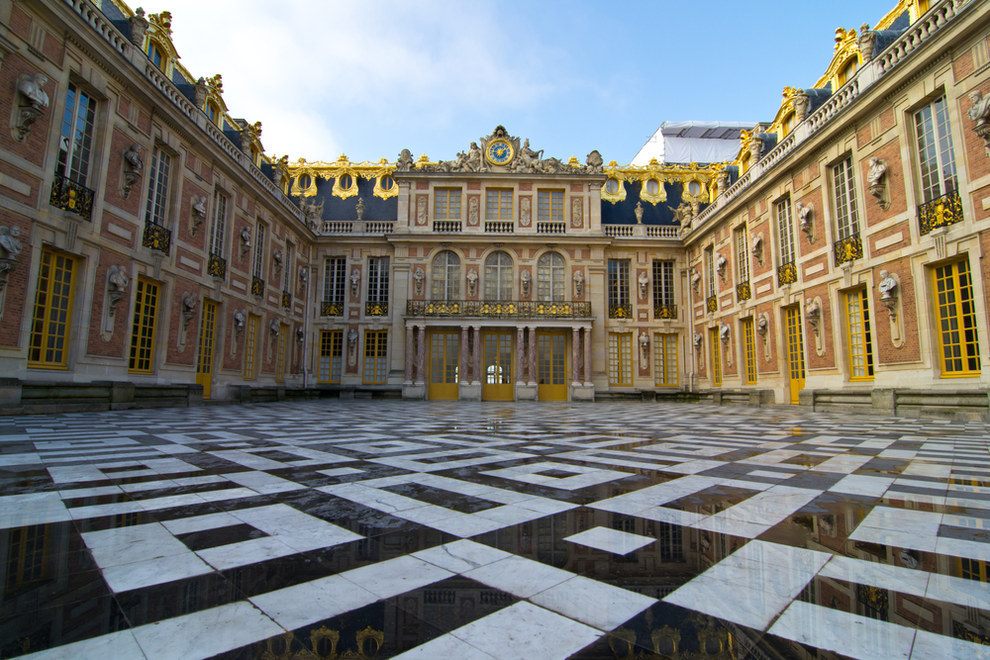 This royal château in France has a whopping 2,300 rooms, 67 staircases, and 5,210 pieces of furniture. The palace is famous for its hall of mirrors and the gardens, the latter of which took 40 years to complete. 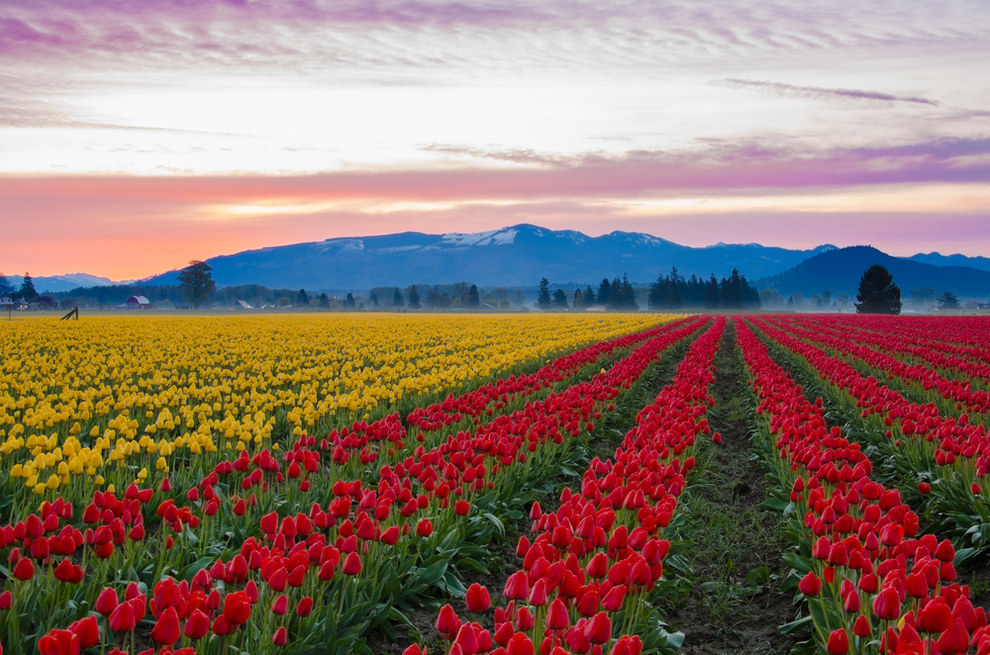 Located in Washington state, the fields are visited by hundreds of thousands who come here between April 1–30 to see these gorgeous flowers in bloom. The festival is designed as a driving tour since there is no one designated “site.”

15 Small Baby Nursery Designs That Are Worth Stealing

15 Small Baby Nursery Designs That Are Worth Stealing