25 Of The Coolest & Scariest Water Slides From Around The World

by Architect K.A.
Reading Time: 9 mins read
0 0
A A
177
SHARES
279
VIEWS
Share on FacebookShare on TwitterPin to Pinterest

Waterslides are a summertime staple, and luckily, there’s a waterslide close by no matter where you are in the world. These 25 amazing waterslides can be found in places from India to South Korea to Canada, and while they’re far apart in the distance, they all share the common trait of being terrifying and epic. #23 would be the best time ever.

I have faith in waterslide engineering professionals. I need that faith to launch from the top of the Mayan Temple pyramid, shoot down 60 feet, and then zoom through a transparent tunnel under a pool filled with sharks. 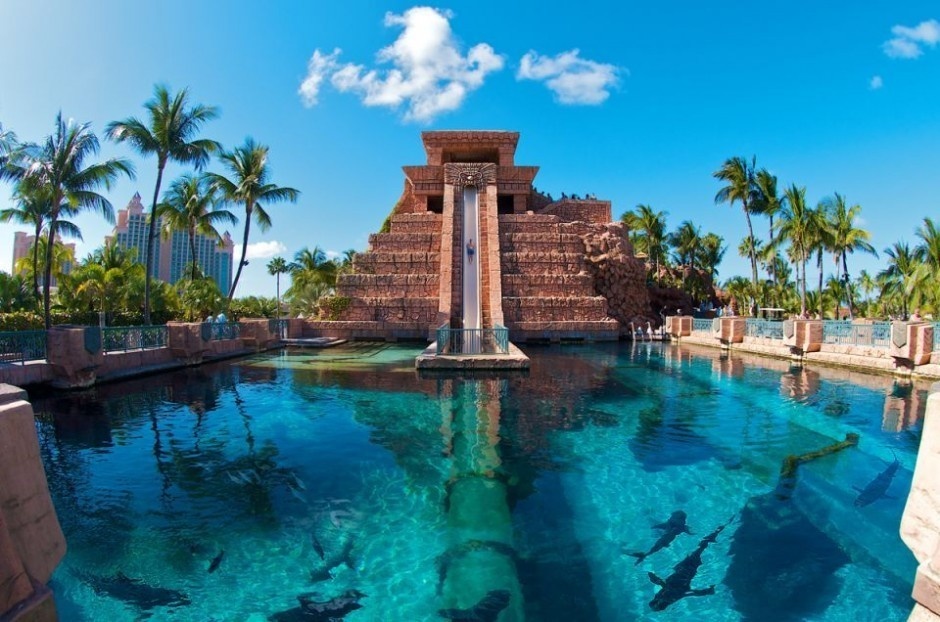 They love to defy nature in Dubai. They built a ski slope in the desert, for heaven’s sake. Now the four water coasters at The Palm resort use water jets and trickery to make you slide up, a bold challenge to gravity and sanity. 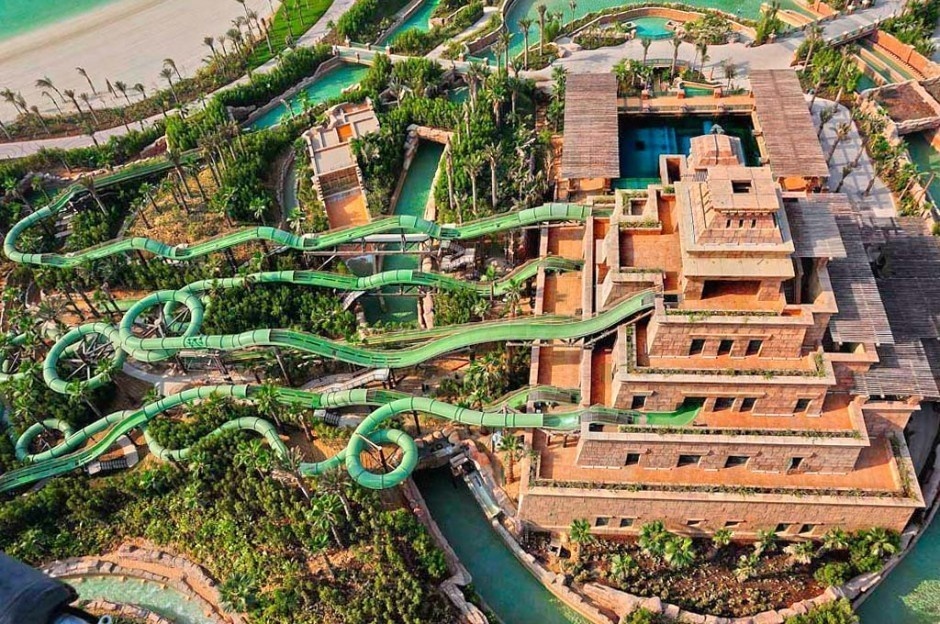 A world-class exhibition showcasing the solemn majesty of some of the largest aircraft ever built? Meh. This Oregon aviation museum jazzed things up by adding a waterpark and a slide that shoots through the belly of a real Boeing 747 parked on the roof. 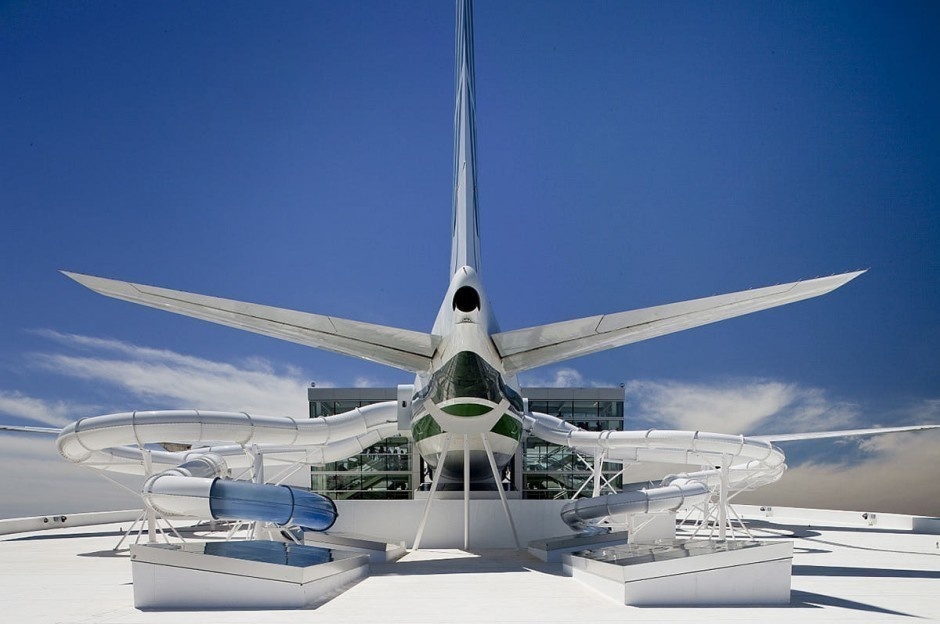 The Canary Islands are actual islands in the Atlantic Ocean. Ringed by beaches, studded with palm trees, surrounded by water. The only hitch was that the Canary Islands weren’t in Asia. So the Siam Waterpark built a range of Thai-themed waterslides, rapids, and wave pools. Problem solved.

The Schlitterbahn in Kansas City may lack vowels, but it’s got plenty of cool rides. Case in point: the Verrückt is taller than Niagara Falls and features a 17-story downhill drop and a five-story uphill climb. 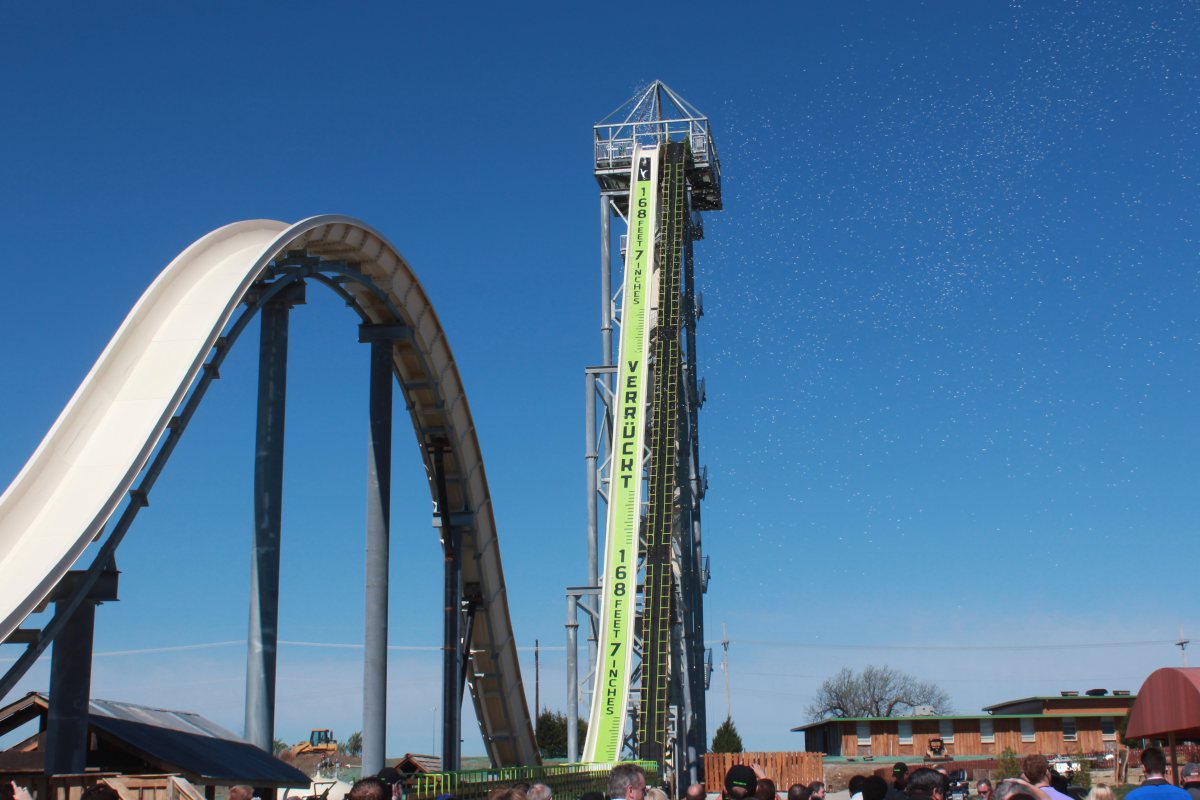 Ah, Disney, you masters of contradiction. Who else would have built a waterpark in hot, landlocked Orlando and called it “Blizzard Beach”? They capped it off with this mountain-themed waterslide that will accelerate you to nearly 60 miles an hour over its 120-foot drop. 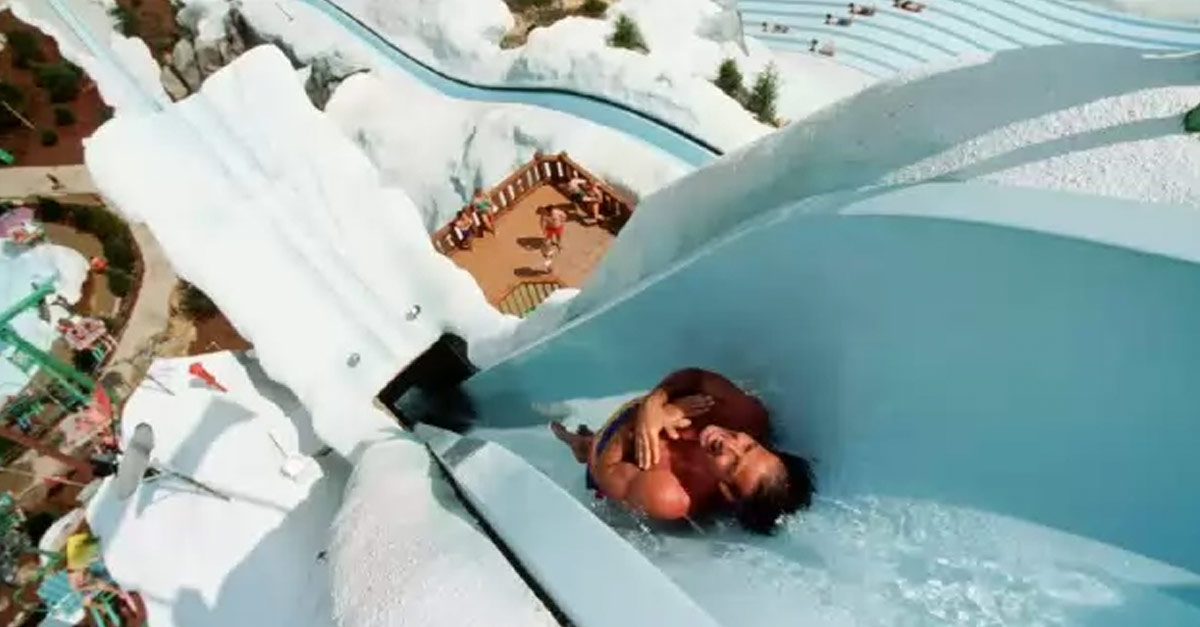 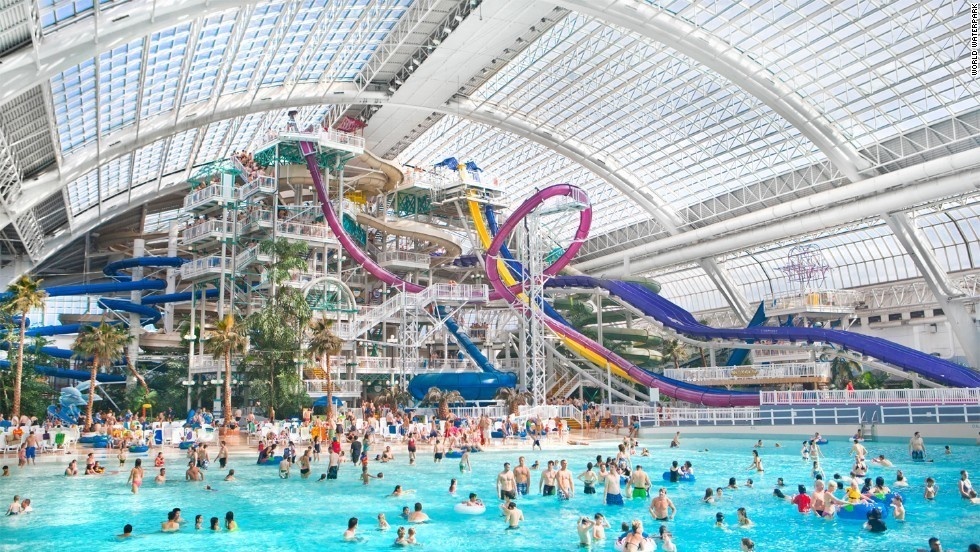 What to do with huge sports venues after the two-week frenzy of the Olympics has come to a close? Beijing filled its iconic Water Cube pool complex with water-themed rides like the Bulletbowl, which drops you down a tube and sends you whipping around a series of tight corkscrews. 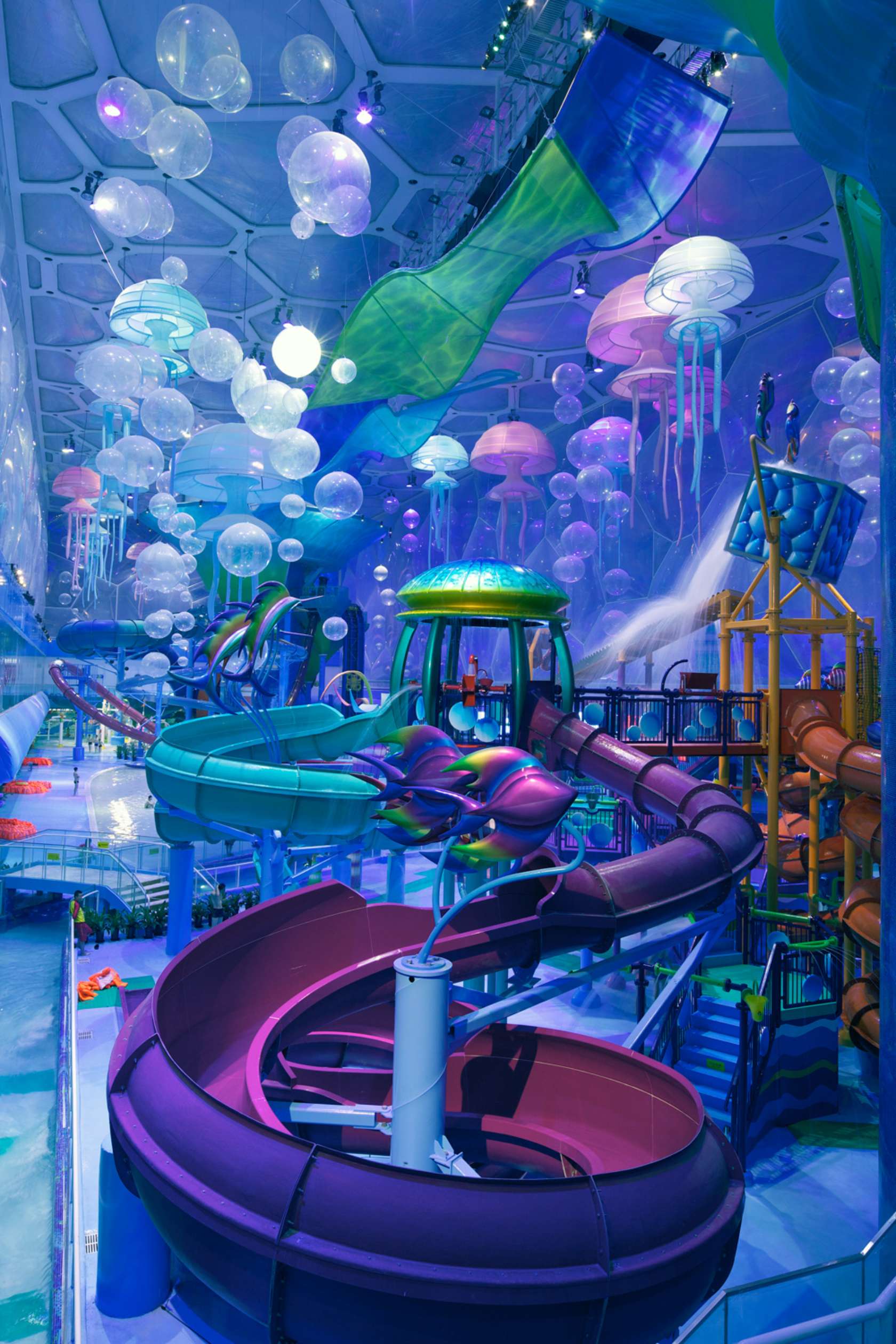 You don’t have to speak Portuguese to understand what they were getting at when they named this slide the Insano. It’s reigned supreme as the tallest waterslide in the world since 1989, clocking in at 135 feet tall. 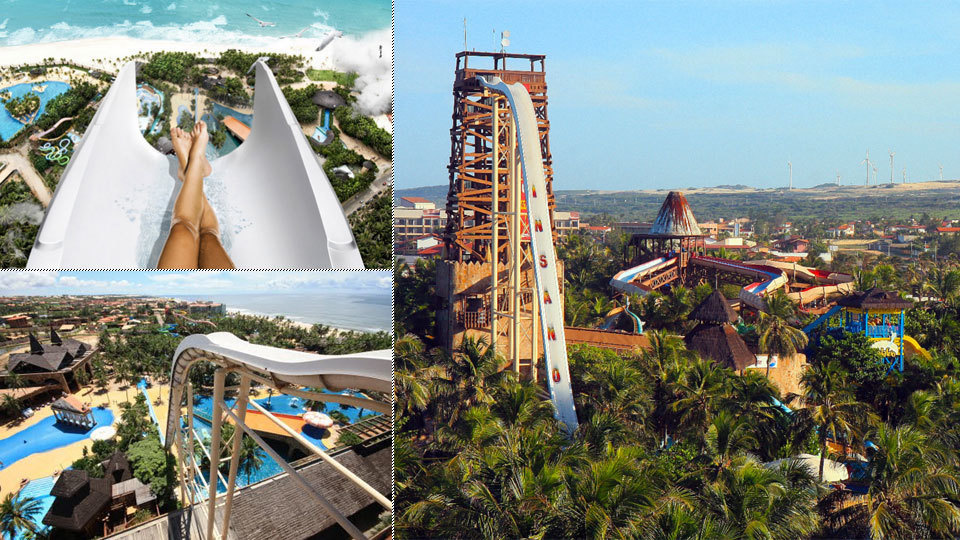 Ten stories high and 400 feet long, the Scorpion’s Tail gets you up to 50 feet per second with the near-vertical drop in its first section. As if that weren’t enough, it uses all that momentum to send you arcing through a loop. 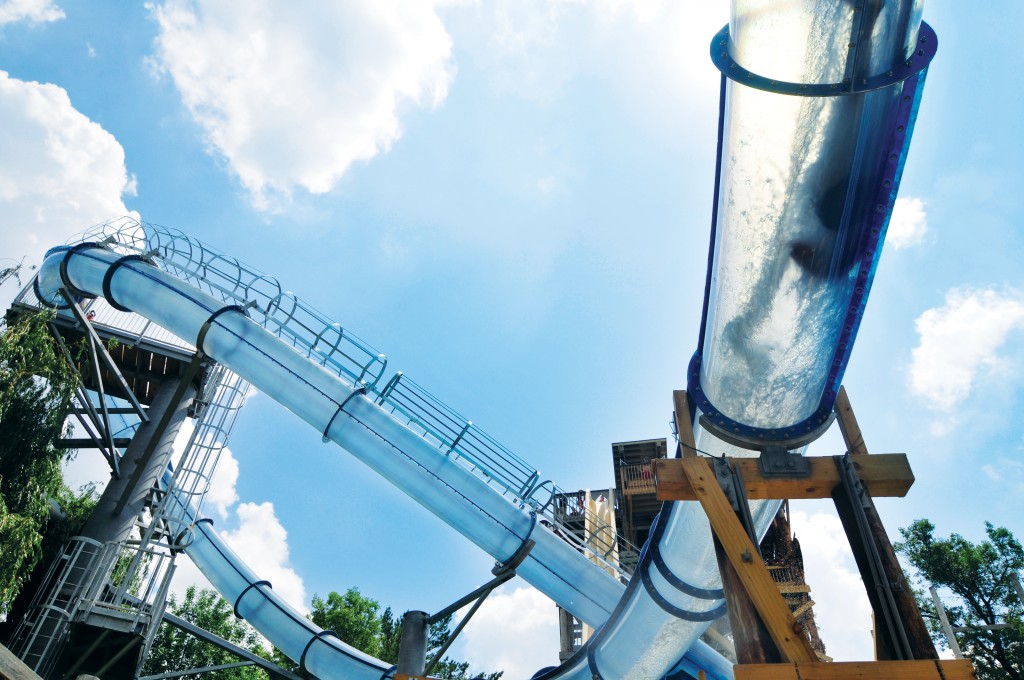 Austrians are so keen on their rocky Alps and gravity-fueled extreme sports that they couldn’t limit themselves to ski season. In the warmer months, they flock to the Area 47 waterpark to enjoy looping slides, high-dive platforms, and some inflatable water catapult practice known as “blobbing.” 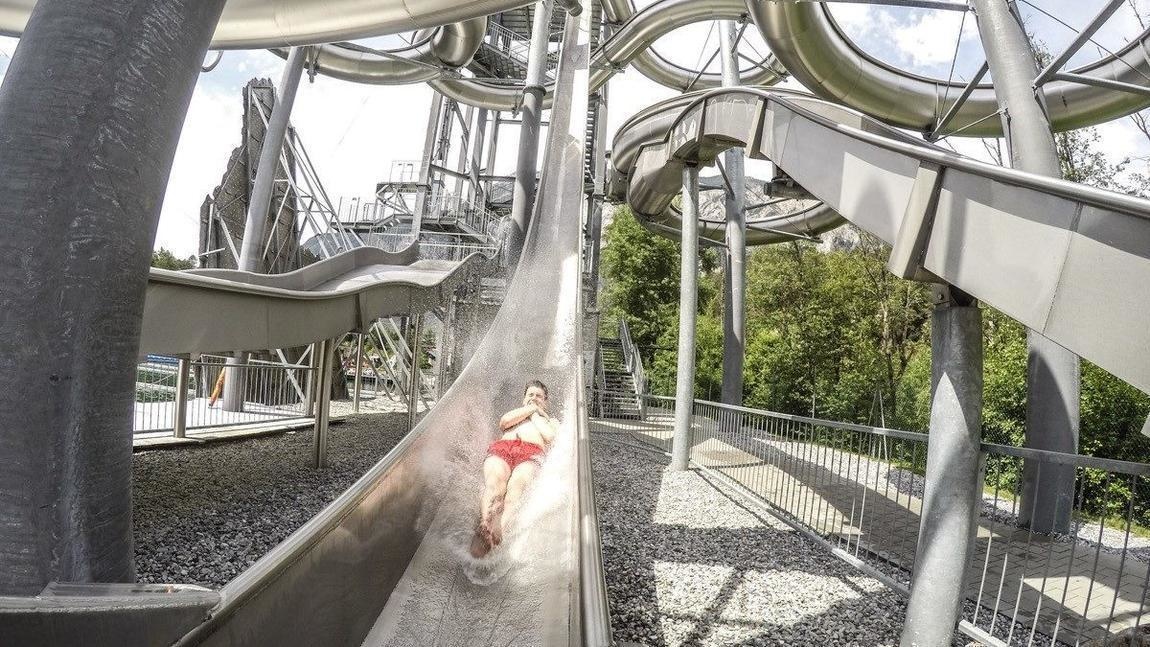 You can use waterslides like you always have, lining up one by one to take your turn down a single twisting tube. Or you can take on your rivals and conquer them at the Head-First Racer in China, which offers eight different tubes so that sliders can compete to see who’s the fastest. 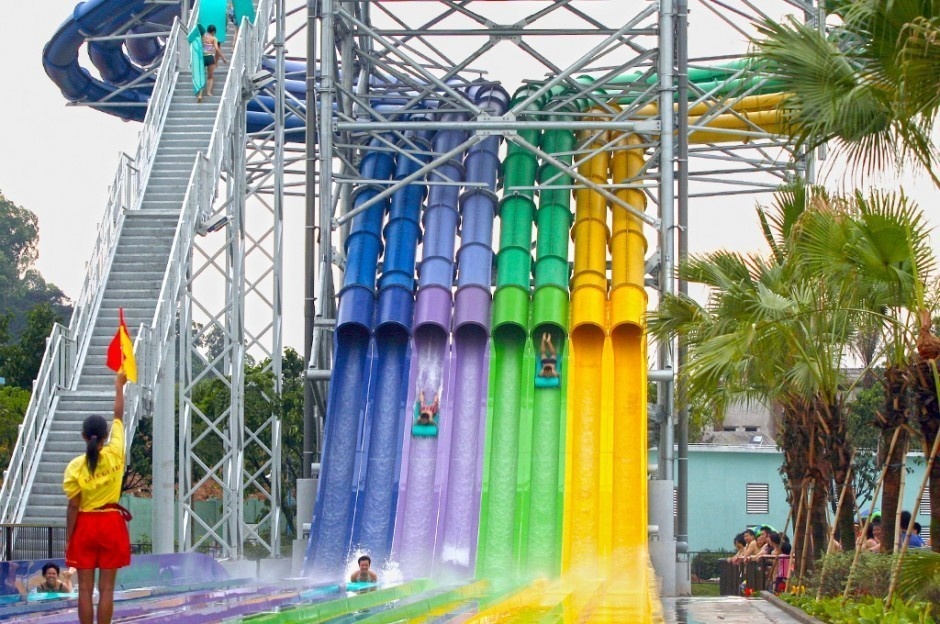 First, climb down into this capsule. Ok? Ok. Then we’ll suddenly yank the floor from under you, sending you plunging straight down before shooting you through a loop. Good? Good. 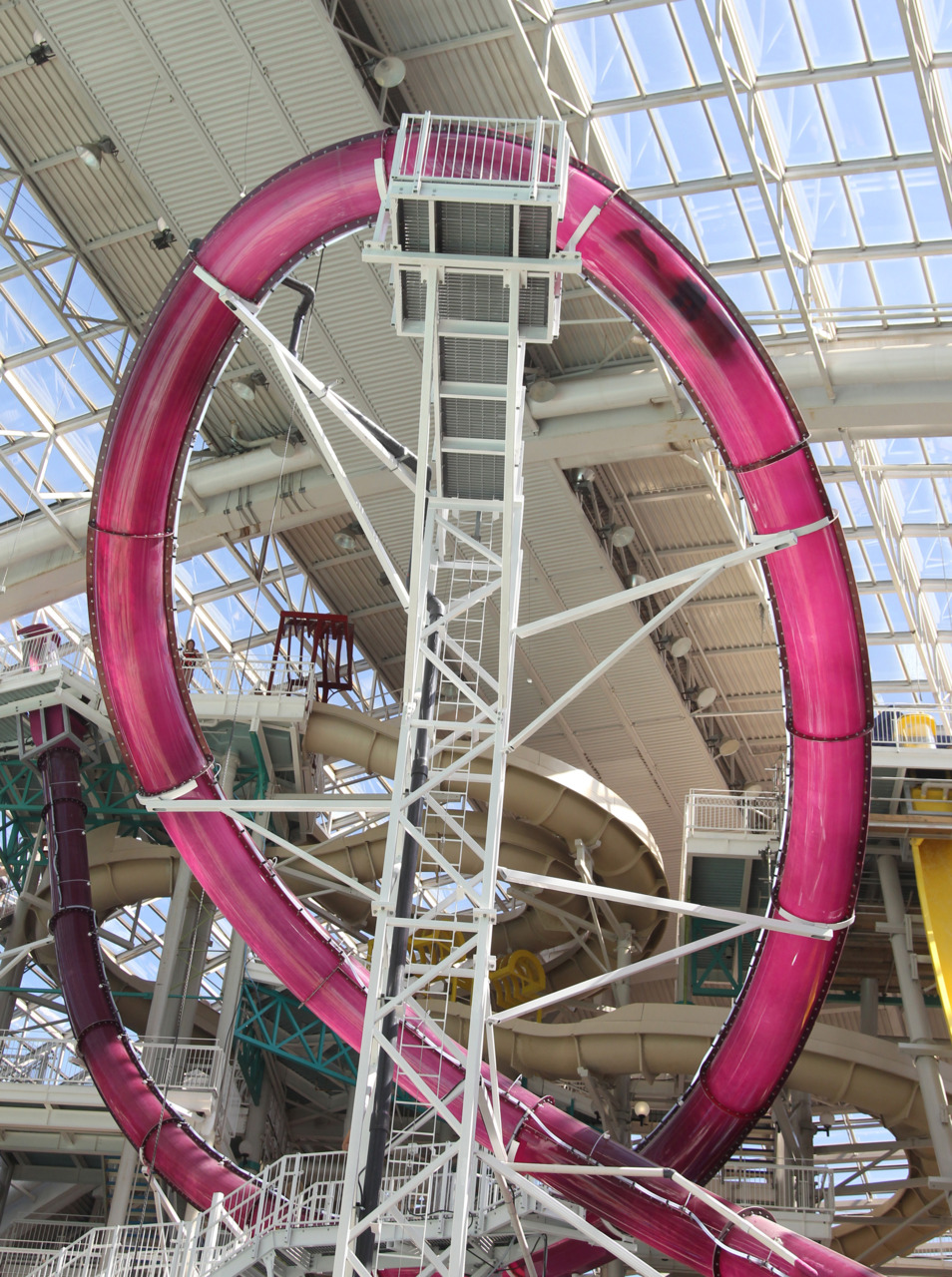 So many of these rides are solo experiences. Big Thunder puts you and three of your closest friends in a clover-shaped raft before sending you down a rumbling, dark tunnel and shooting the raft out and up the sides of a broad funnel. 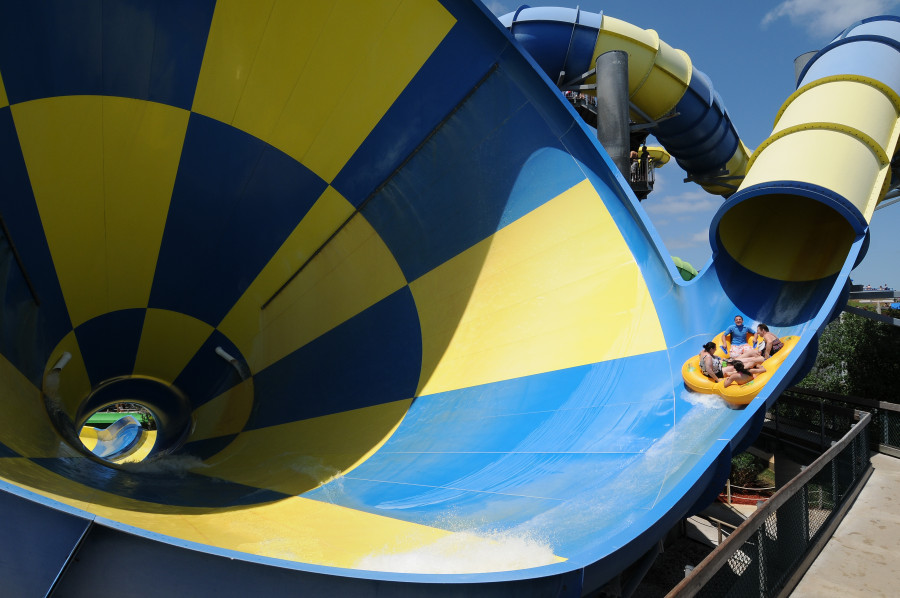 Capsule-based slides like the Jumeirah Sceirah (rhymes with “scare ya”) rely on anticipation: standing in a sealed capsule at the top of the ride, you don’t know precisely when the trap door at your feet will drop and send you plunging. It’s a clever way of inserting additional thrills before you’ve slid an inch. 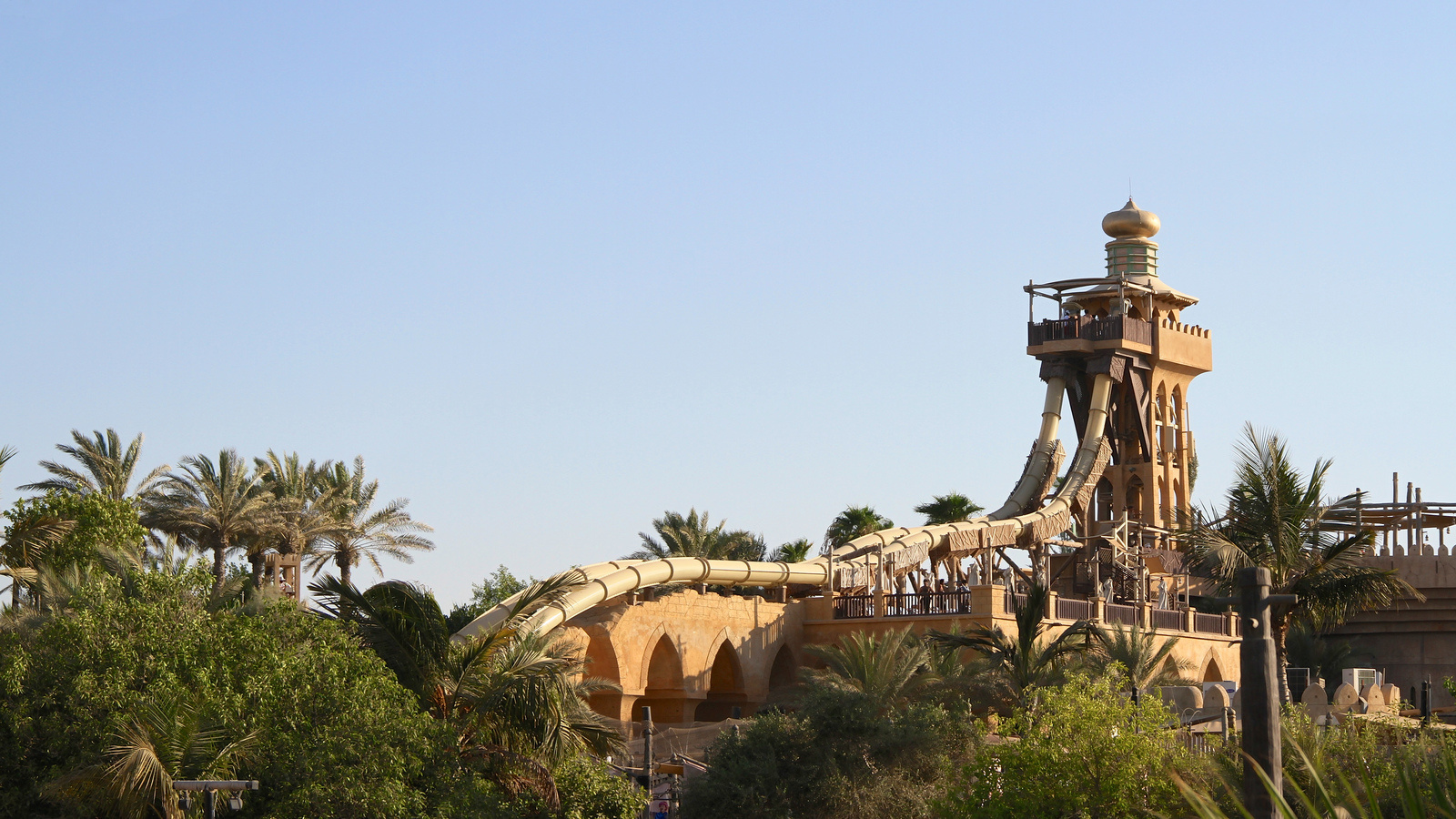 Your unsuspecting family clambers into the ring-shaped raft, thinking they’re going through a typical winding tube slide. But no: at the end, your raft accelerates through a drop and bursts into the open to slide up a curving slope. 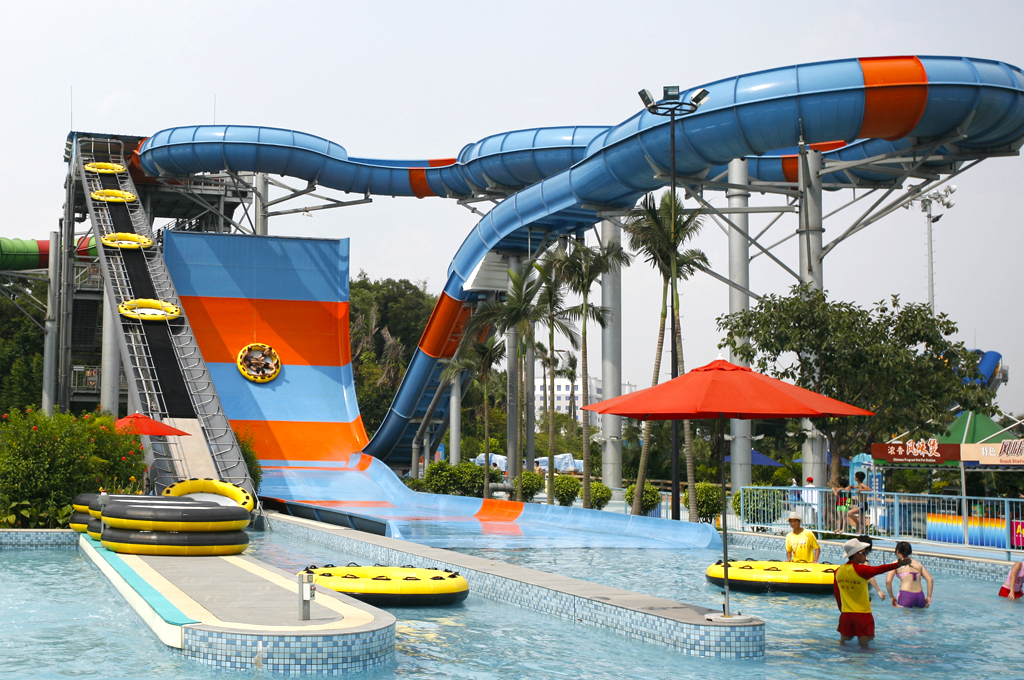 Hanoi is hot even by the muggy standards of other humid southeast Asian capitals. Ho Tay Waterpark does a brisk business from locals trying to beat the heat in its wave pool, lazy river, and a full dozen waterslides. 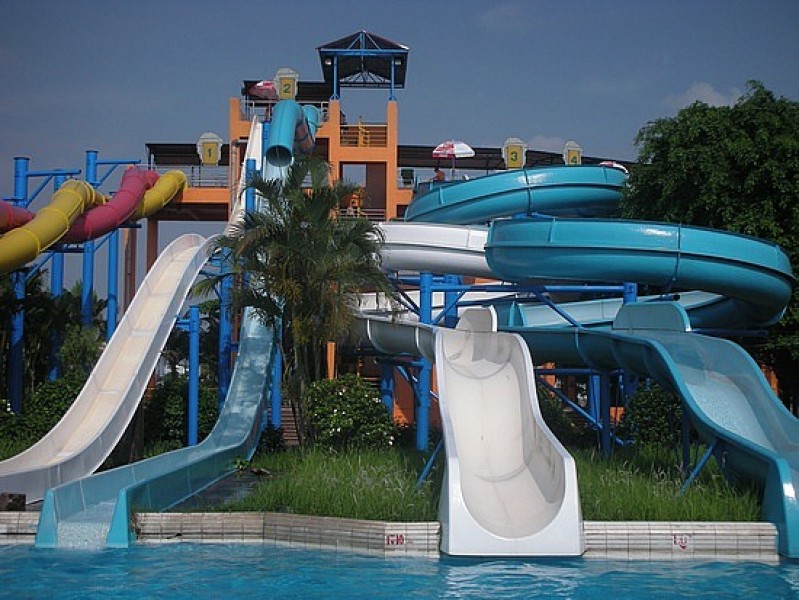 By now, waterparks know they have to cater to the discriminating tastes of the waterslide connoisseur. This Austrian park offers two subtly different experiences to aficionados: Speedy is the exhilarating option, with a 75-foot drop to bring you up to speed, while the 663-foot Twister is one of Europe’s longest enclosed slides. 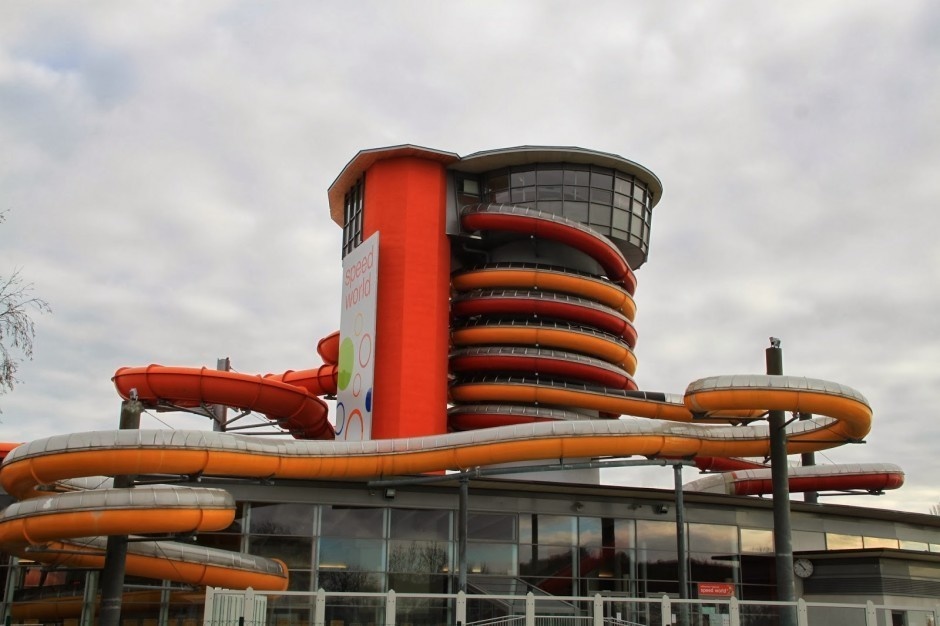 We can’t tell you exactly where the Epic Plunge is right now; all we know is that it’s somewhere in the Mediterranean because it’s on a cruise ship. This 200-foot waterslide is the only bowl slide at sea. 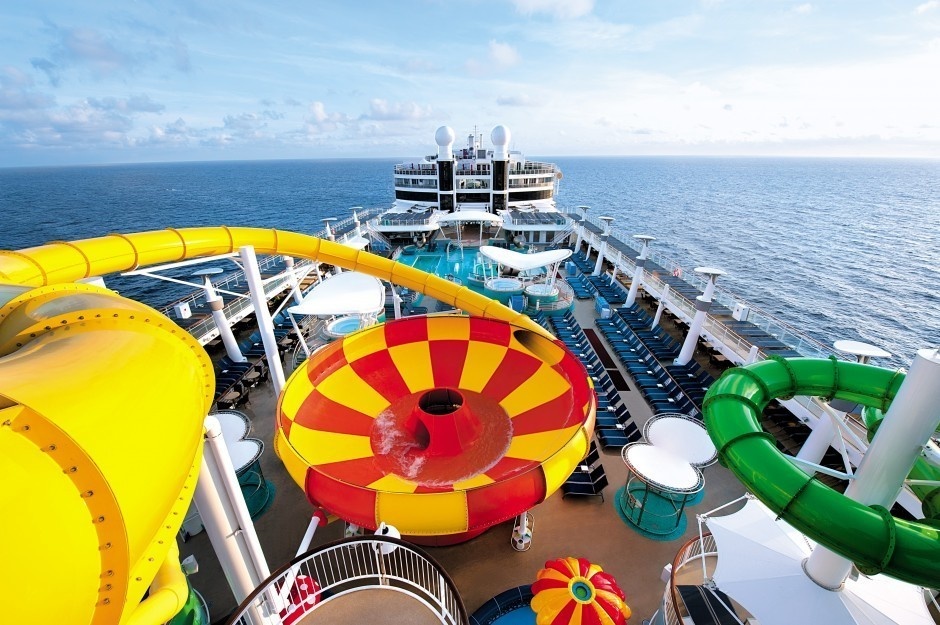 Enough of the artificial, the Italians said. No more sliding into a pool. At this resort, hewed from the rugged and gorgeous Sicilian coast, you can ride a series of waterslides into the very Mediterranean itself. 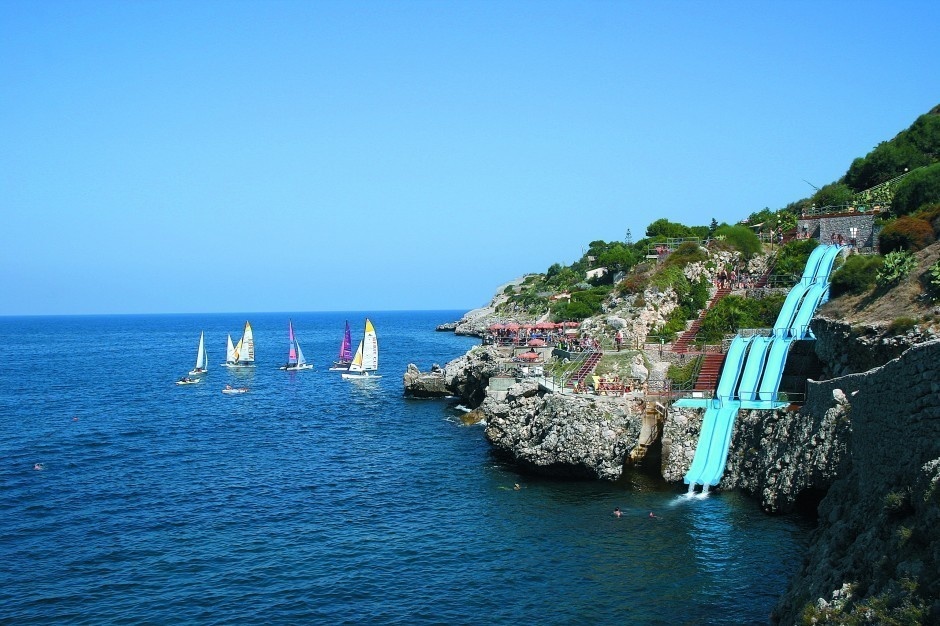 This north Jersey water park had to step up its game to wow jaded New Yorkers. How about a spiral, serpent-themed slide, painted in brilliant red, white, and black, that shoots you into a bowl shaped like a cobra’s hood? Are you impressed now, New York? 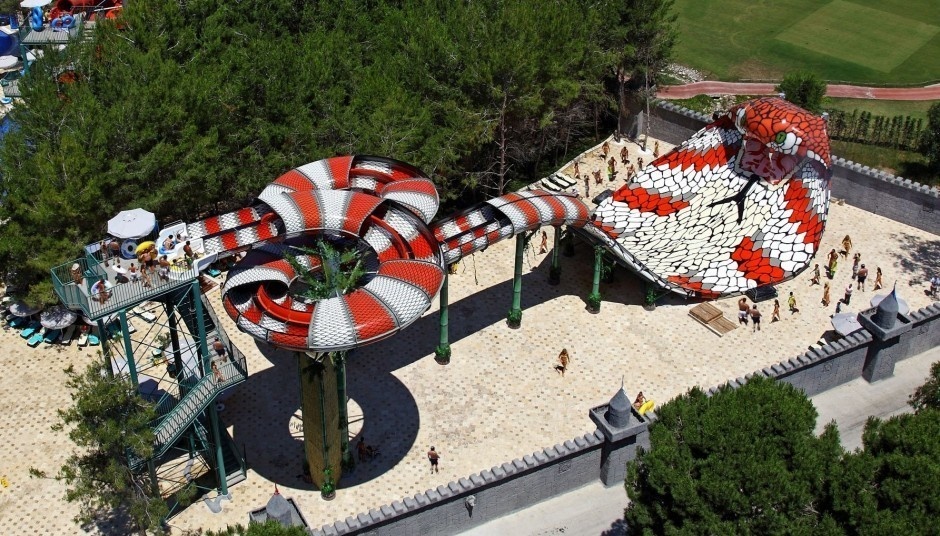 I’m demanding and easily displeased. I require options. Summit Tower meets my needs as a fussy waterslide customer: ten different slides, from the high and fast to the low and slow, depart from different levels of this Ottawa behemoth.

First, there’s a tornado that sloshes your four-person raft around and around as you gather speed. Then a downhill drop. Then another tornado, then another downhill. Another tornado caps it off. Then it’s over. 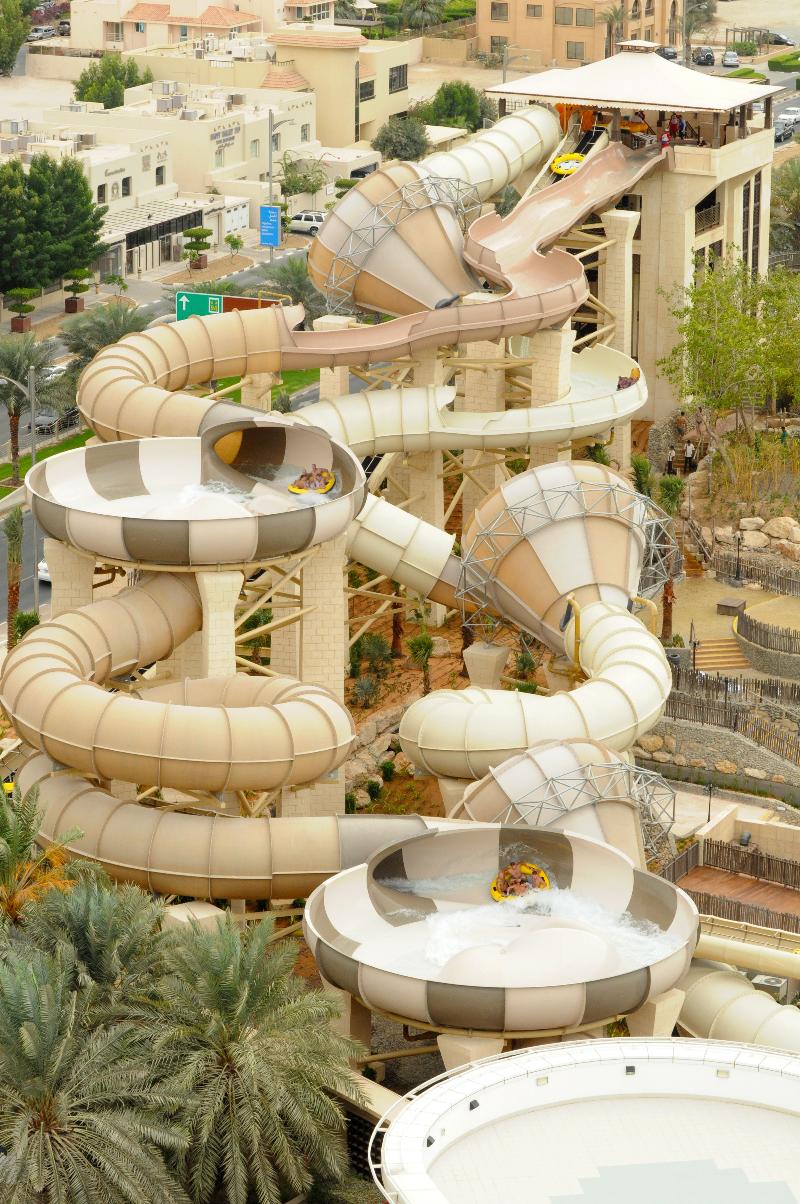 Don’t take the people of the delicate state of Indiana for hicks. Indiana pursues cutting-edge innovation in the service of your vacation. Their Wildebeest uses HydroMagnetic linear induction technology to accelerate rafts uphill through the longest multi-person water slide in the world. 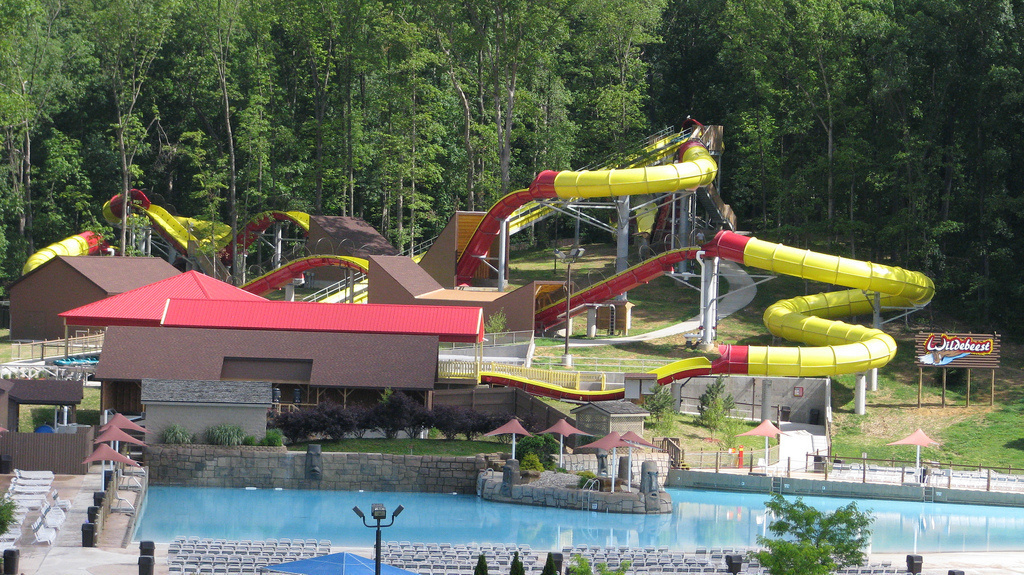 Thrill-seeking South Koreans can travel anywhere they please, so the sprawling Everland theme park has to go the distance to impress them. This double-tubed slide launches you from sixty feet up and through a 360-degree loop. 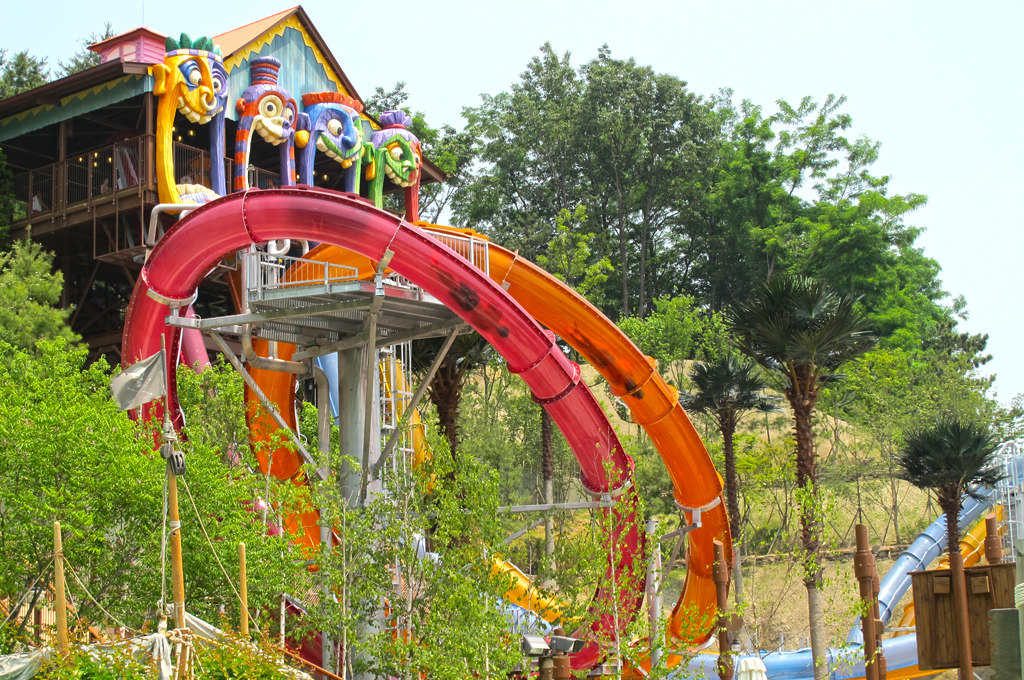 20 Bunk Beds So Incredible, You’ll Almost Wish You Had To Share A Room

20 Bunk Beds So Incredible, You'll Almost Wish You Had To Share A Room