Home » Blog » 15+ Crazy Gadgets That Prove The Future Is Now

15+ Crazy Gadgets That Prove The Future Is Now

1. Control your electronics with your gestures

Use the force, Luke. Or, if you’re not a Jedi, use Myo’s Gesture Control Armband. Your muscles wirelessly control your electronics!

2. Translate signs with an app

No longer must we be stuck in a place where we don’t know the language. This app instantly translates the written text around you.

3. Climb stairs in a wheelchair

4. Know when the bathroom is occupied

Hopefully soon you’ll never have to worry about accidentally barging in on someone while they’re in a bathroom stall! This glass changes based on the position of the lock, so obviously if it’s opaque, someone is in there.

5. Eat a cheeseburger from a can

I have no insight as to what this tastes like, but it’s possible! A cheeseburger in a can is definitely a sign that the future is now, right? 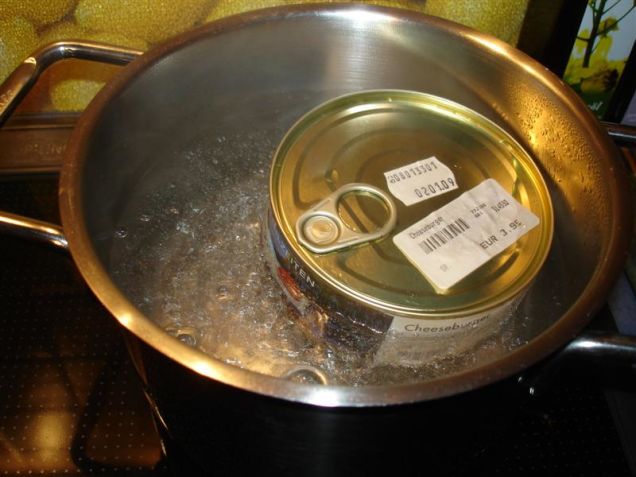 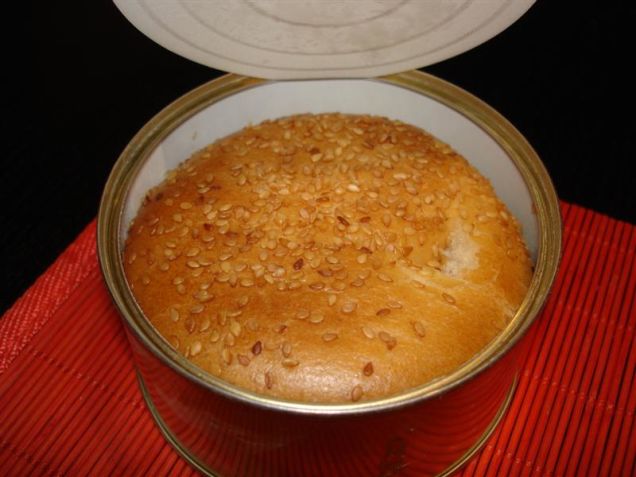 6. Have your beer delivered by a drone

The president of Lakemaid beer came up with something pretty awesome: a drone that delivers beer right to your feet! Unfortunately the FAA has put a hold on it for now, but at least we know it’s possible.

7. Toss your garbage and always have it land in the trash can

Have you ever made a game of tossing wadded paper toward the trash can and hoping it lands inside? Sort of like a way less exciting version of basketball? Well, no longer will that be the case with this Smart Trashcan!

8. Be entertained while waiting for your ice cream to soften

The future means completely unnecessary but totally awesome inventions, right? Well, then this app is definitely from the future. You place your ice cream where your phone’s camera can see it, and a violin concerto will entertain you until your ice cream is soft enough to eat.

9. See what’s in your fridge without opening it

Do you find yourself going back to the fridge every five minutes when you’re hungry, getting your hopes up, opening it, looking around for a while, then realizing you have nothing? Well, eliminate that experience with the Bio Robot fridge! It mounts to the wall, and is filled with a cooling green gel, so you can always see what’s inside. 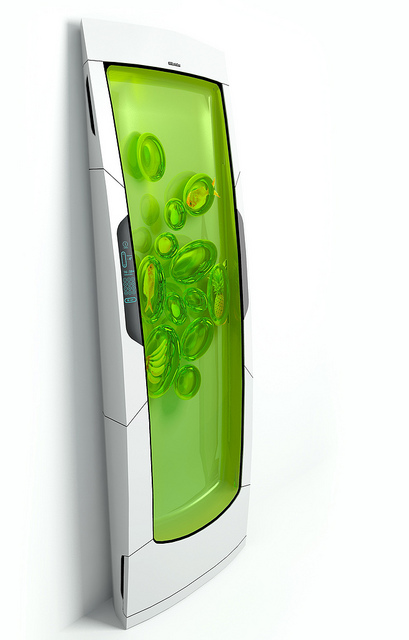 10. Check the time because it’s been written out for you

This little guy is an overachiever. Who needs a digital clock when this thing will write out the time for you?

11. Ride in a car that drives itself

Don’t worry about brakes or steering. The Google car will get you where you need to go!

12. Know how much time you have at a traffic light

Don’t you hate it when you approach a light that doesn’t have a timer on the hand countdown? You see that red hand start to flash (unless it’s different in your city), and you don’t know how much time you have. No one likes to hit the brakes a little too hard when the light turns yellow. Well, this traffic light would eliminate the worry. It lets you know just how much time you’ve got left. 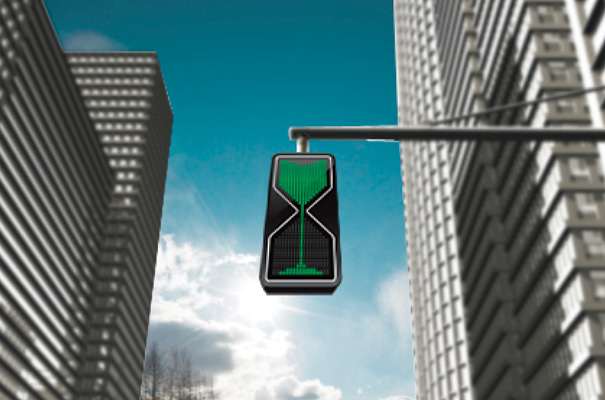 13. See ads interact with their surroundings

No, it’s not on a timer like I initially thought. This billboard has ultrasonic sensors that monitor the train’s arrival, triggering the girl’s blowing hair.

14. Learn to cook without burning anything

A cooking simulator. That’s right. Instead of actually using food while learning to cook, you can simulate it!

15. Watch a robot solve a Rubik’s cube faster than you ever could

…unless you’re a Rubik’s cube genius or something. Me? I’ve never solved one in my life, meanwhile this LEGO robot completes it in mere seconds.

You know those sad little stick people you draw on the corner of a page when you’re really, really bored? Well, why not make them come to life? Doodling in 3D is a thing of the future, but luckily, the future is now!

17. The Progression of SD cards

So, these might all look super incredible, and you might be curious (and maybe a little outraged) about the fact that these products aren’t in your hand right this second. Well, we don’t want the robots taking over right away, do we? Some of these designs are still prototypes and aren’t on the market yet. The fact that they’ve been invented is a major indication at the future, though.